All roads lead to Rome. Why this is so? And at what point have the paths turned into roads? You can study such things in the historic armoury in Germersheim. At first glance, Jürgen Menge’s place of work is so overwhelming that it is impossible to grasp it in its entirety. As part of the Germersheim fortress built in the 19th century, the armoury is located on Zeughausstraße, which is a road that was named after it. The front of the building alone measures no less than 73 metres—adjoined by two wings, each a good 20 metres long. What once used to be a stockpile of weapons, military tools and war equipment now holds treasures of a very special kind behind walls, which are up to four metres thick: the German Road Museum.

While numerous museums in the land of designers and engineers are dedicated to trams, shipping and, of course, the automobile, the foundations were missing for a long time—in the proper sense of the word. Germersheim is home to the only museum dedicated to road construction and everything that goes with it. It is unique not only in Germany, but even in Europe. If you want to explore another museum of this kind you have to travel as far as Lillehammer, for example. This town is home to the Norwegian edition of the road museum.

The foundation stone for the museum on road construction in Germersheim was laid in 1989 by road construction and traffic engineers who founded the Road Museum Rhineland-Palatinate sponsoring association, paving the way for the collection. The museum opened in October 1990. Jürgen Menge has been chairman since 2021. He wants to put the German Road Museum literally on the right track towards the future. 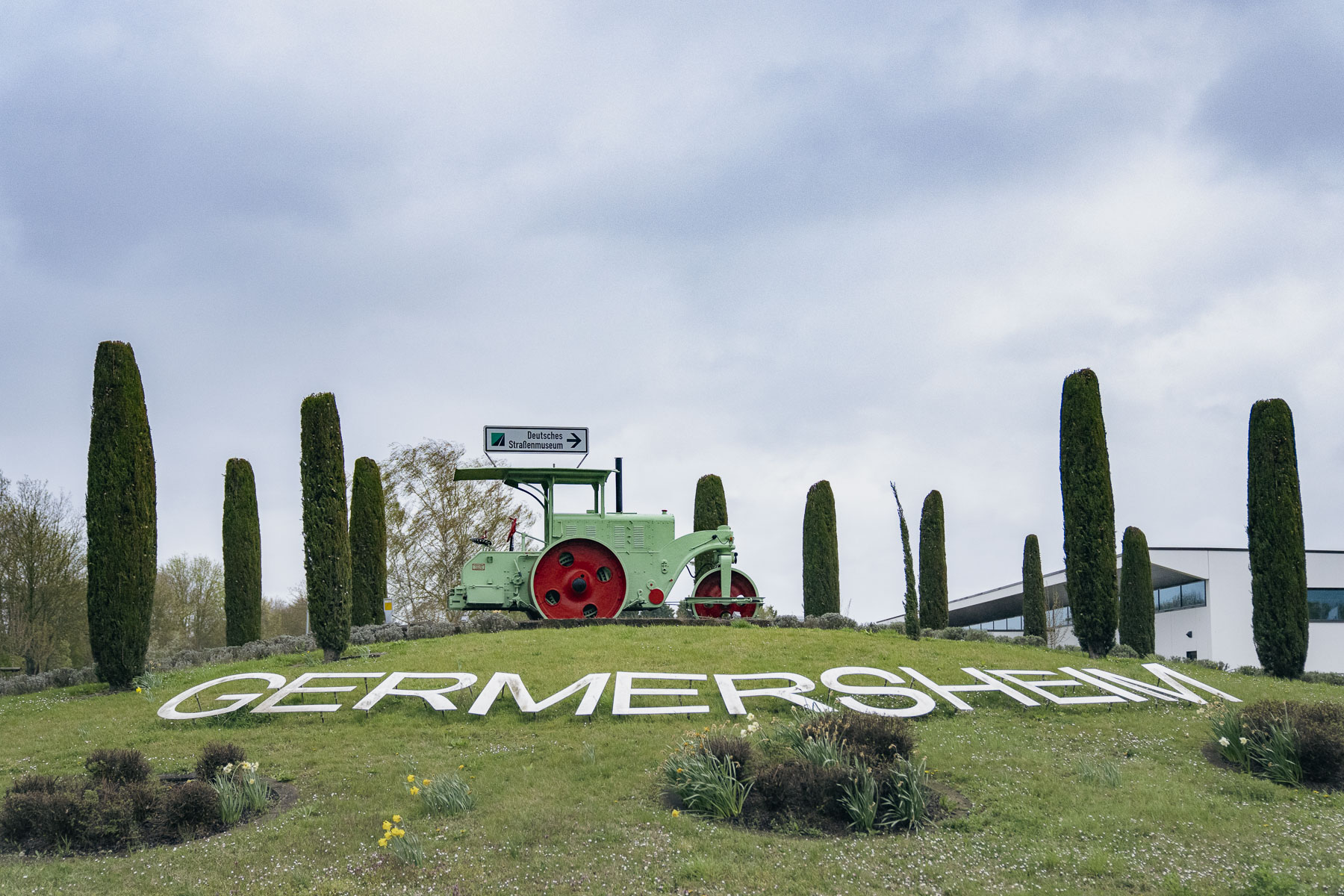 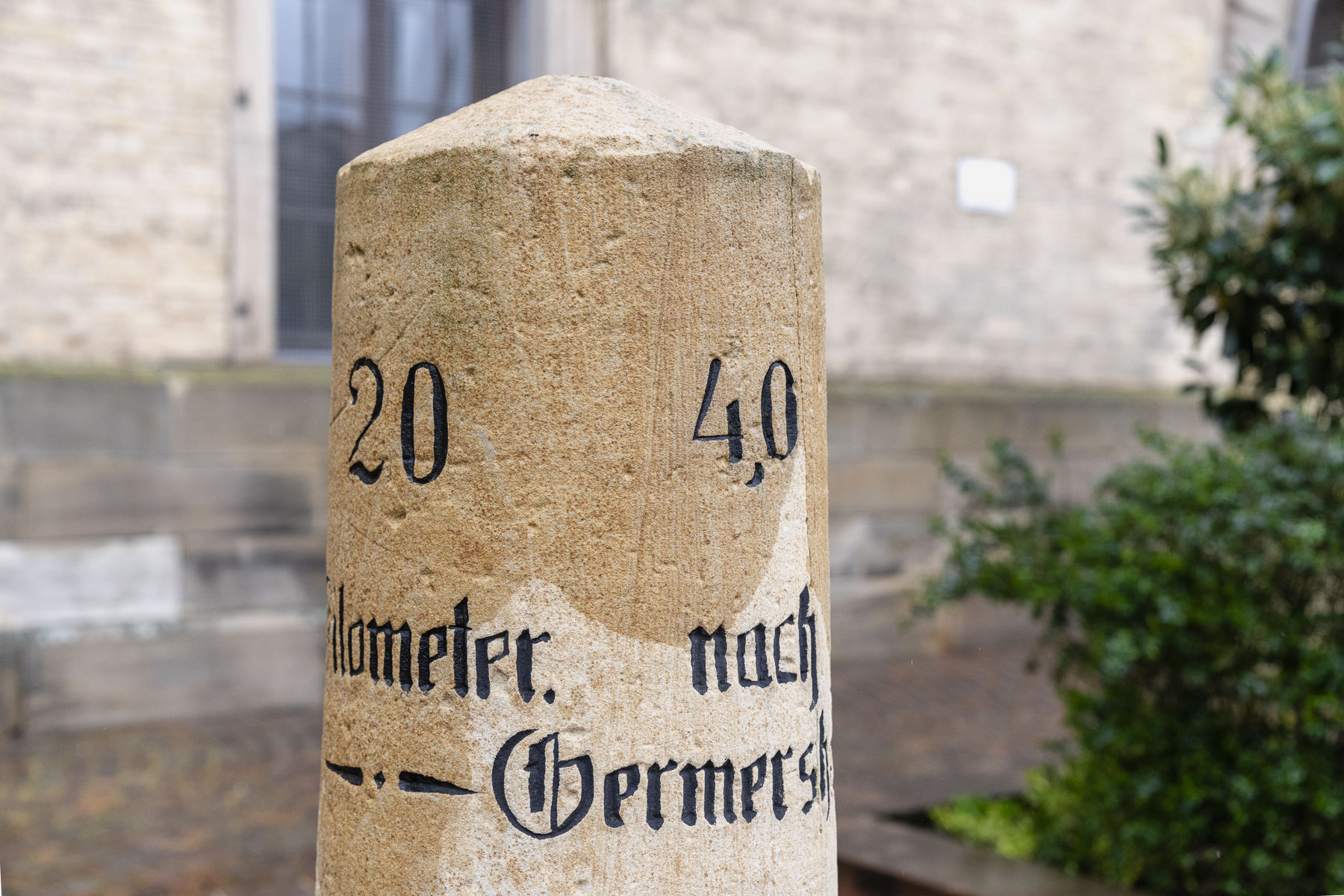 To the German Road Museum... 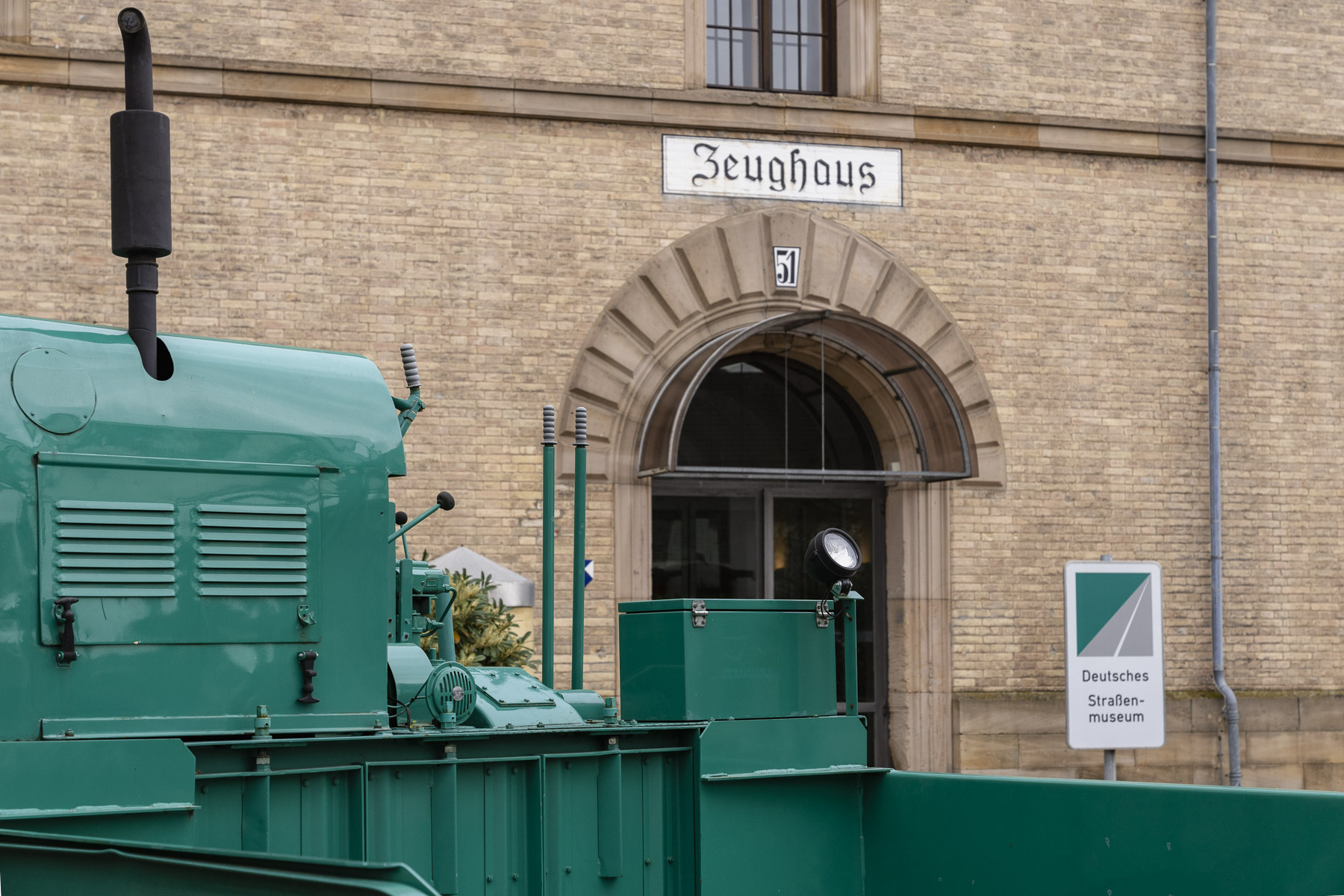 in the historic armoury in Germersheim 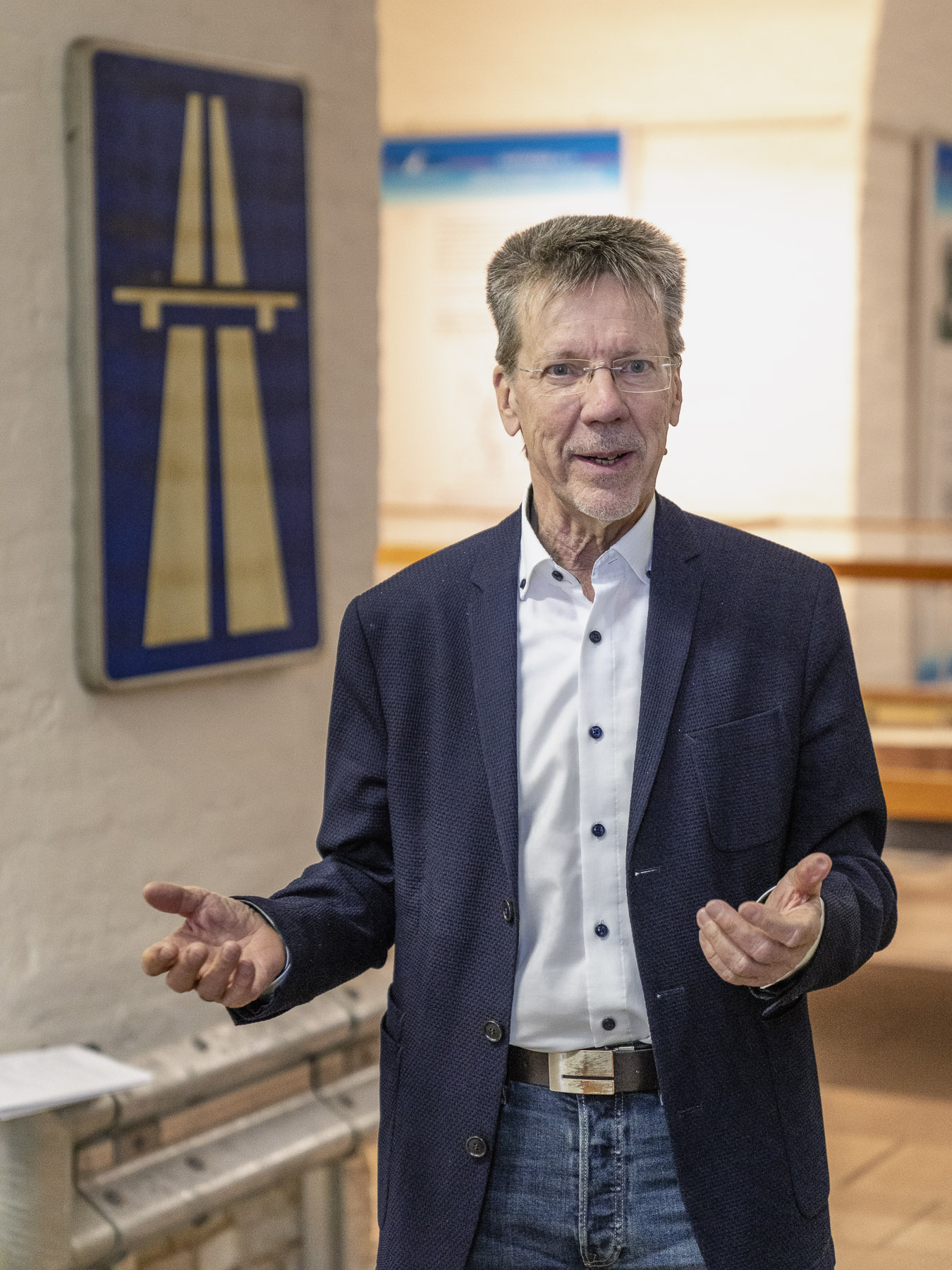 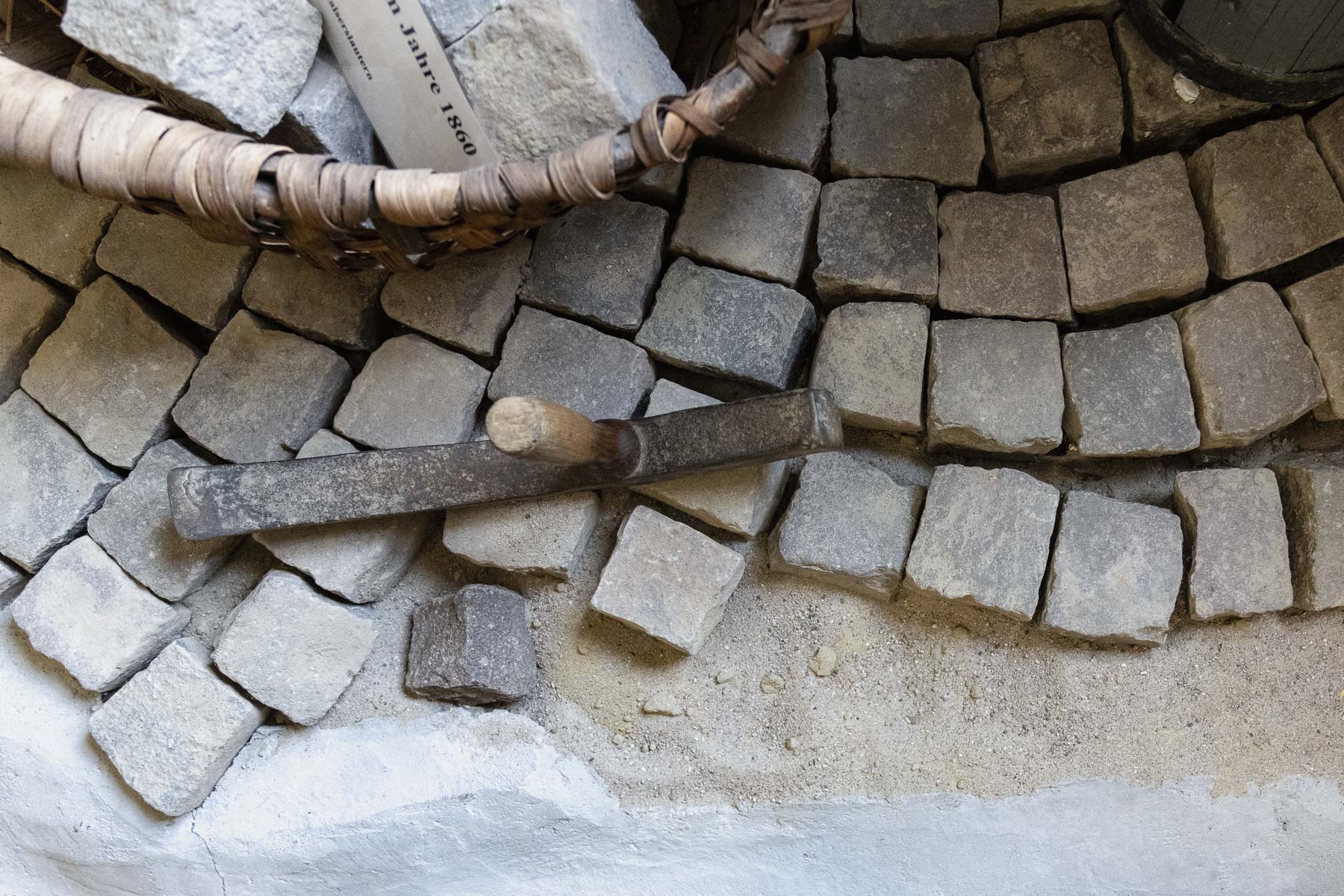 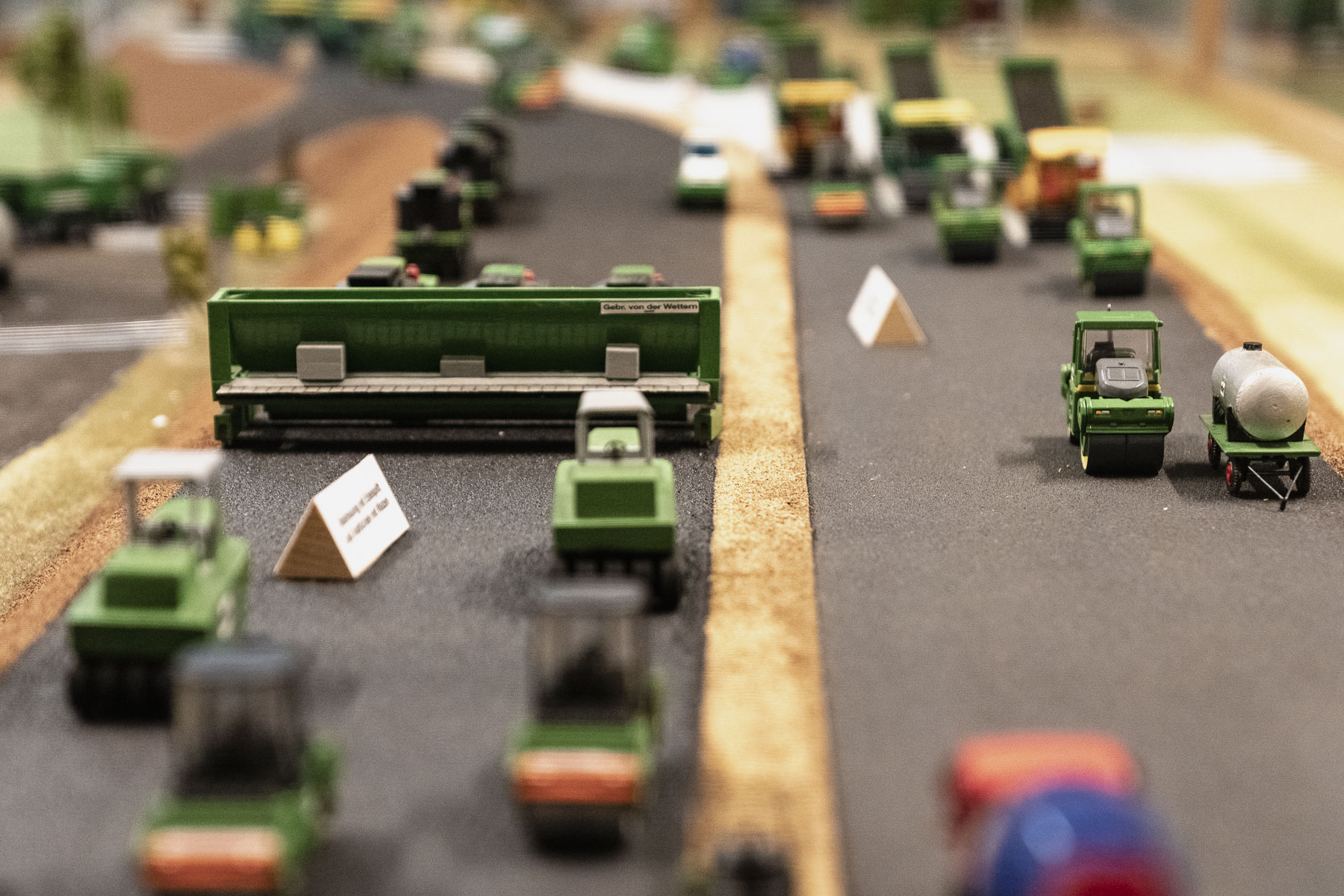 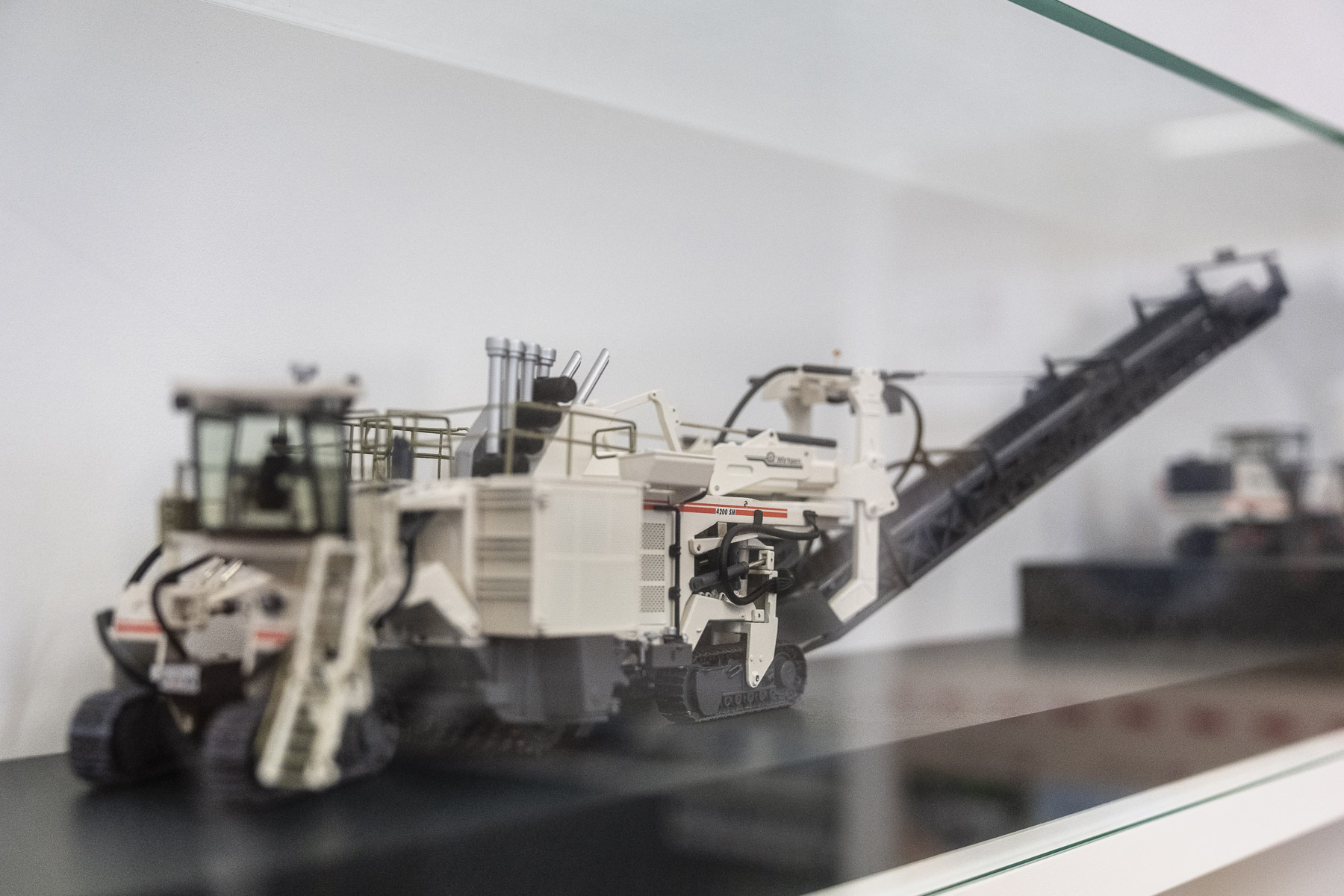 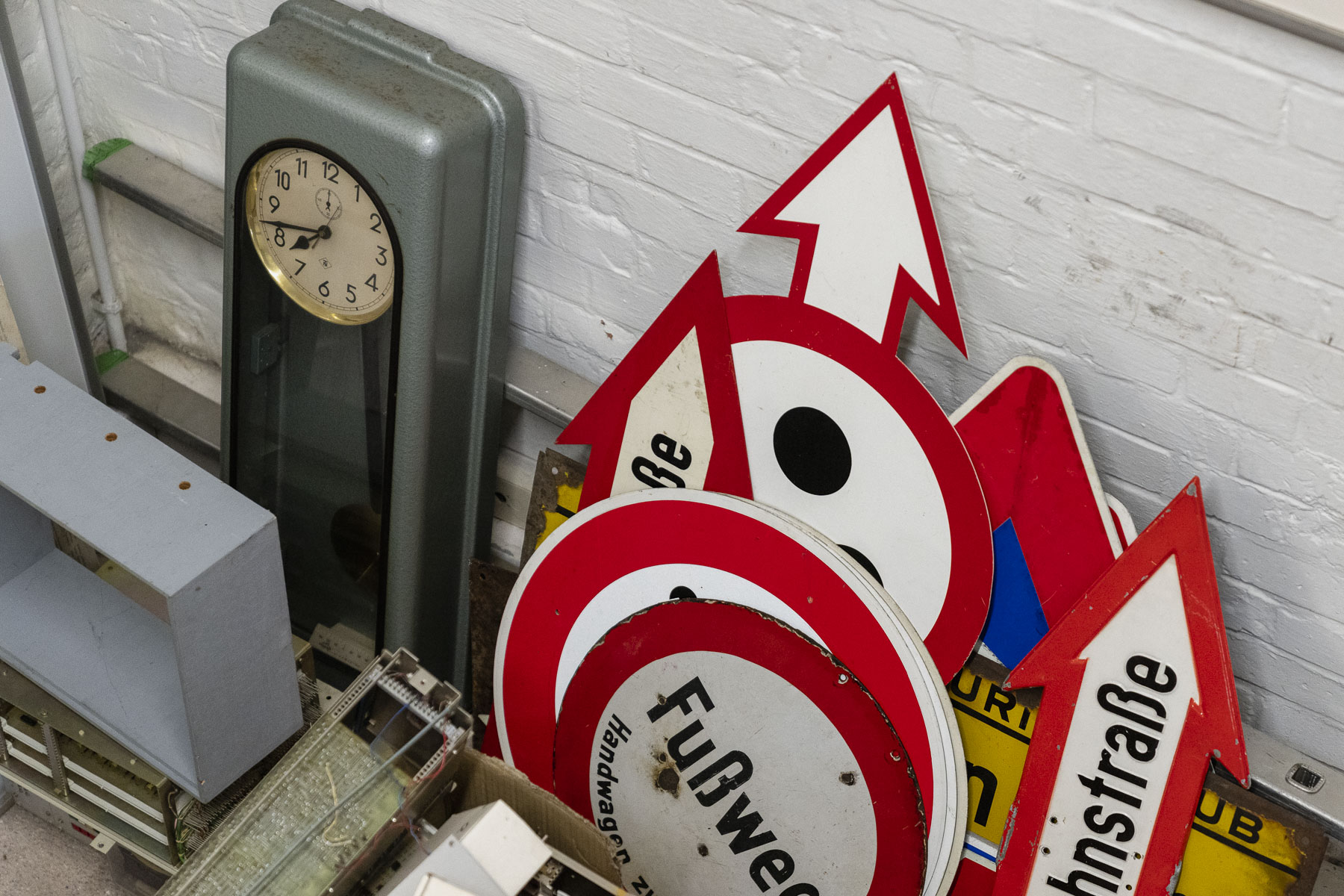 As you walk through the exhibition, your feet step on worn stones and creaking wooden floorboards. The host knows these grounds inside out. He has been a member of the museum for 30 years, as he explains, and on the board for about 20 years. Until his retirement, he worked as an advisor in the Ministry for Economy, Transport, Agriculture and Viniculture. “Roads have shaped my whole professional life,” he says with a smile. Moving from an engineer to a museum director was an obvious step then.

“We illustrate connecting contexts here,” Jürgen says as he wanders through the rooms. For example, how even the ancient Romans laid out their extensive road network with a kind of cobblestone pavement—with Rome as the starting point. And that dust in Monte Carlo led to the discovery of the tarred road. Or that recycling plays a major role in the construction of motorways. But the exhibits go back much further on the timeline of mankind. An ancient Germanic plank path, for example, has survived some 2,800 years, well preserved in an Osnabrück moor. Europe’s first long-distance trade routes once led along such wooden paths.

Today, volunteers guide visitors along these paths. They only receive an expense allowance for the museum tours they give. This also applies to many other people involved in this special museum, which thrives on a high level of commitment and a lot of creativity on the part of its members. To Berthold Best, for example. The professor for traffic route construction in Nuremberg supports the collection as scientific director. And Jürgen Menge also does his job entirely on a voluntary basis.

Roads are a connecting element. Here in the museum, visitors can have an insight in their structure and what they are made of. In addition to the history of road construction and to engineering, the donations, loans and other collectibles also deal with the technological change. “The shift to digital electronics is, however, not only reflected in the museum,” Jürgen explains. The association’s board now also meets virtually. Since the Covid-19 era, the entrance area has been completely contactless. In future, the museum director would like to open up new topics and give more attention to bicycles and to traffic safety, in addition to electromobility. If you ask the traffic expert about his perspective on the future of the automobile, the keyword automation comes up. He has just bought the most expensive car of his life, as he says: an electric one.

“There’s so much in the subject of roads that doesn’t immediately reveal itself,” Jürgen says. Strolling through the sandstone-coloured rooms, visitors can also learn something about landscape conservation, environmental protection and safety. Charts on the wall deal with topics that are surprising at first glance, such as religion—roadside churches invite you to explore a cloistered life.

As an engineer Jürgen is particularly fascinated by bridges and tunnels. Imposing scaffolding and replicas guide visitors directly into the depths of a mountain. In the next room, various bridge constructions are explained. As an anecdote, visitors can learn why the Ambachtalbrücke bridge became famous (it served as a hiding place for a kidnapping) or that you can enjoy a magnificent view and yourself drinking a glass of wine on the Moseltalbrücke bridge. During the guided tour, Jürgen takes out his fountain pen enthusiastically drawing the principle of prestressed concrete on a piece of paper—constructions you can touch and comprehend.

If you ask him about his favourite piece in the museum, he has a hard time choosing. In the outdoor area, there are noise barriers and all kinds of vehicles to explore. And then there is one of the museum director’s highlights: a steamroller, built in 1942, still in working order. At least after four hours. That’s how long the colossal machine needs to fire up.

On track towards the future, Jürgen plans to make the museum grounds even more interactive—for example, with a construction site for children to dig and discover and an area for ride-on cars. He has many ideas, and together with a specialist office, a completely new concept has been developed. “The implementation still has to be further professionalised,” says the director. Has he already thought about when he will retire from his post? “When the work is done,” he answers. Maybe then Jürgen could go to Lillehammer in his electric car. He hasn’t been there yet. Maybe later, one day, when he is really retired. 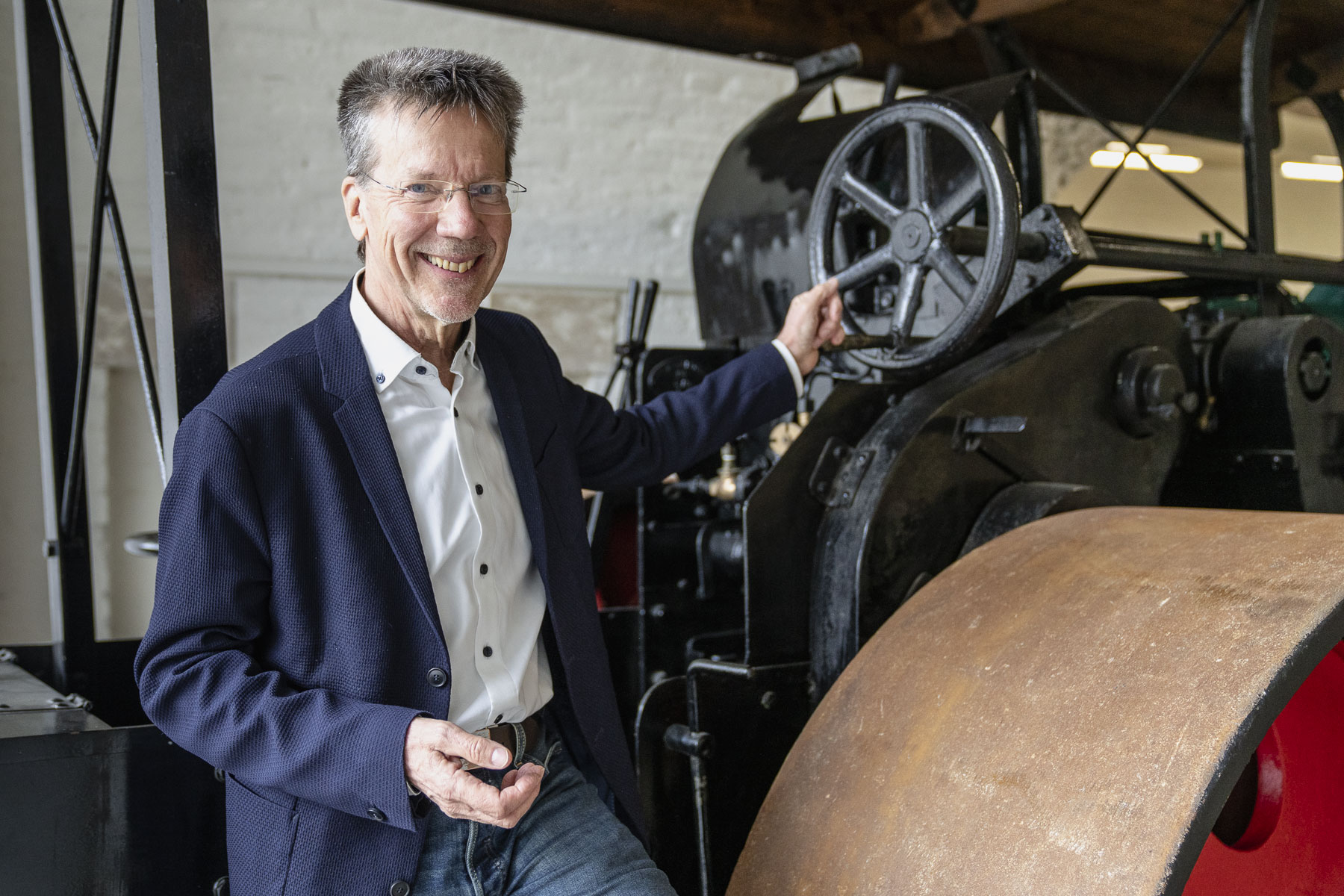 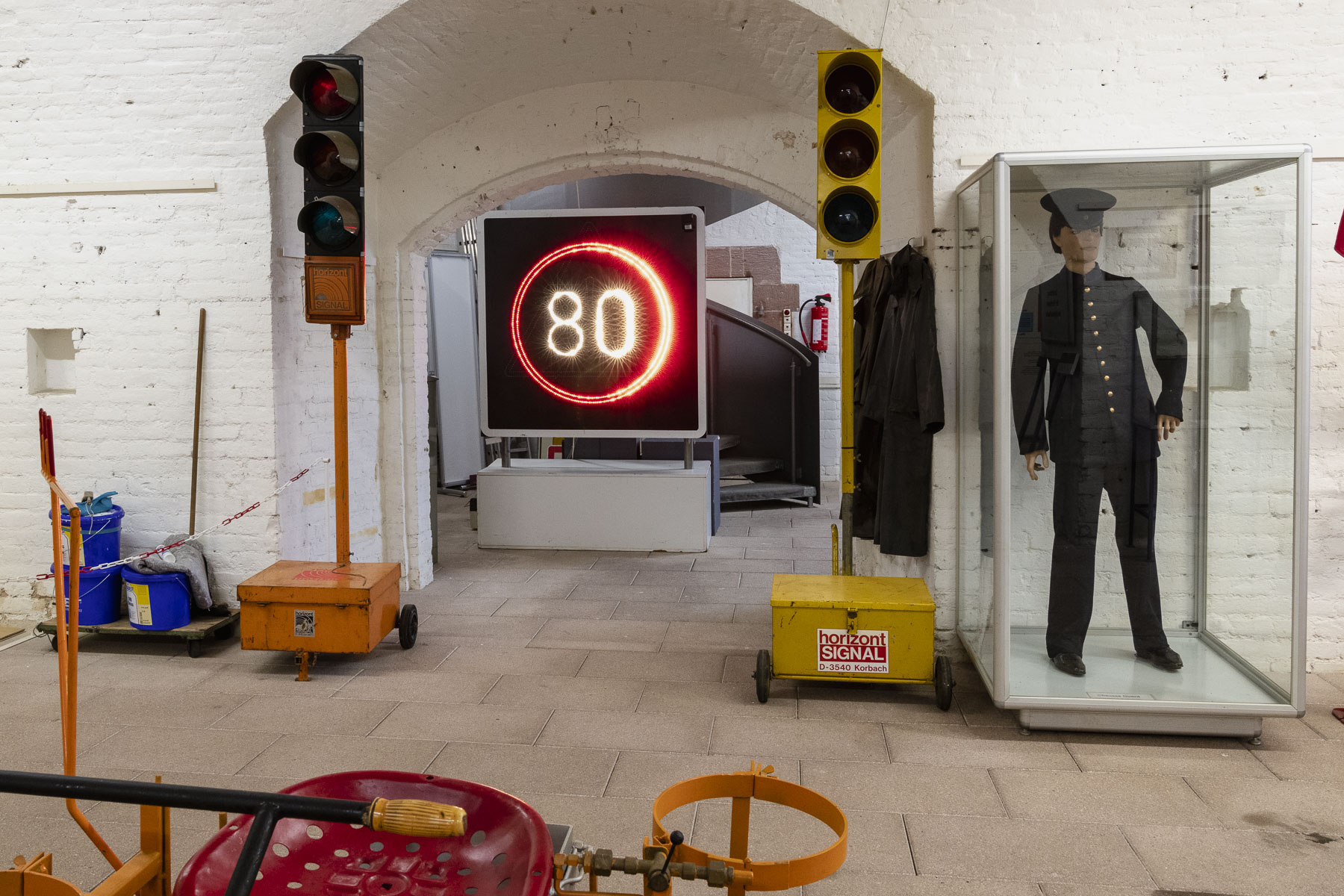 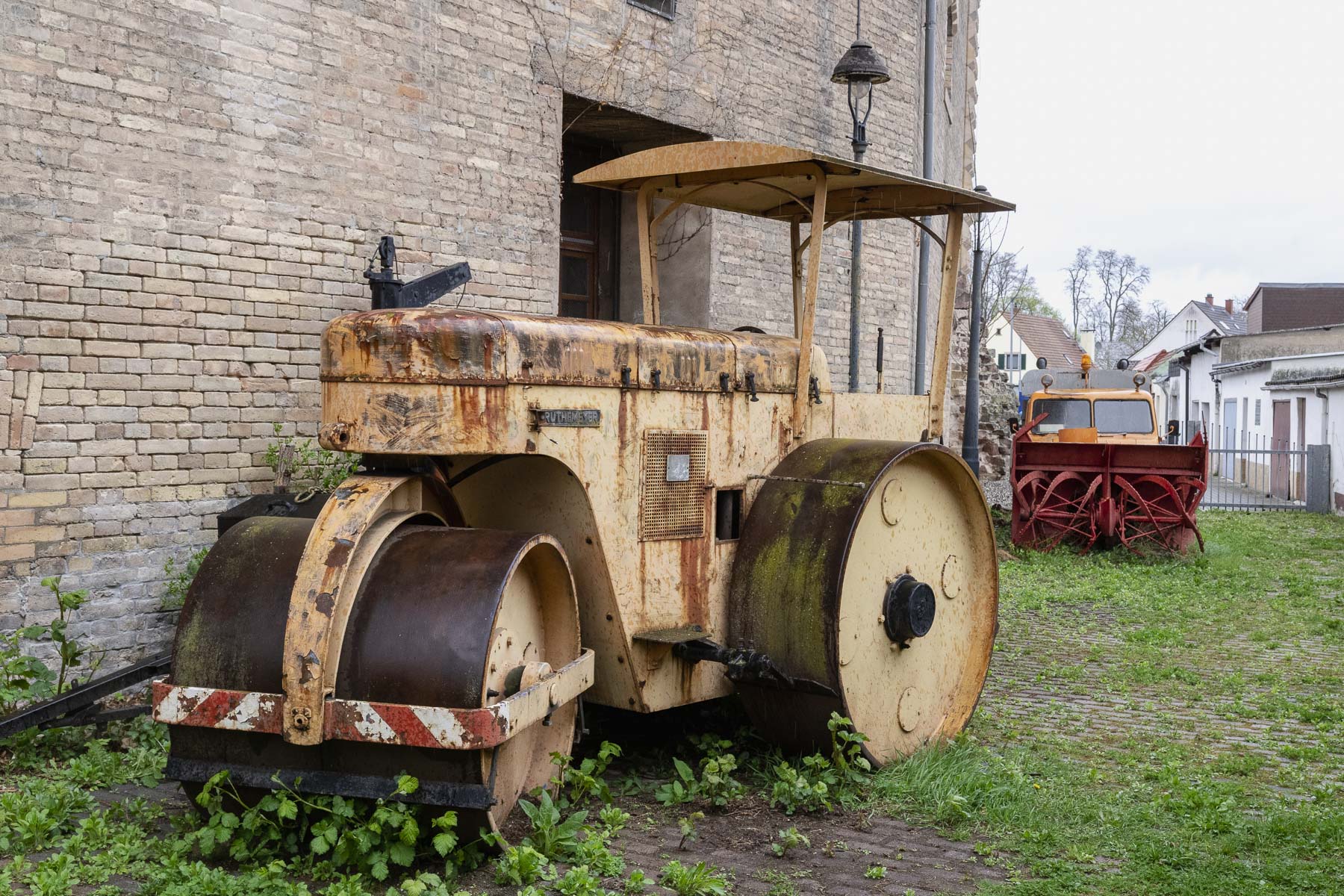 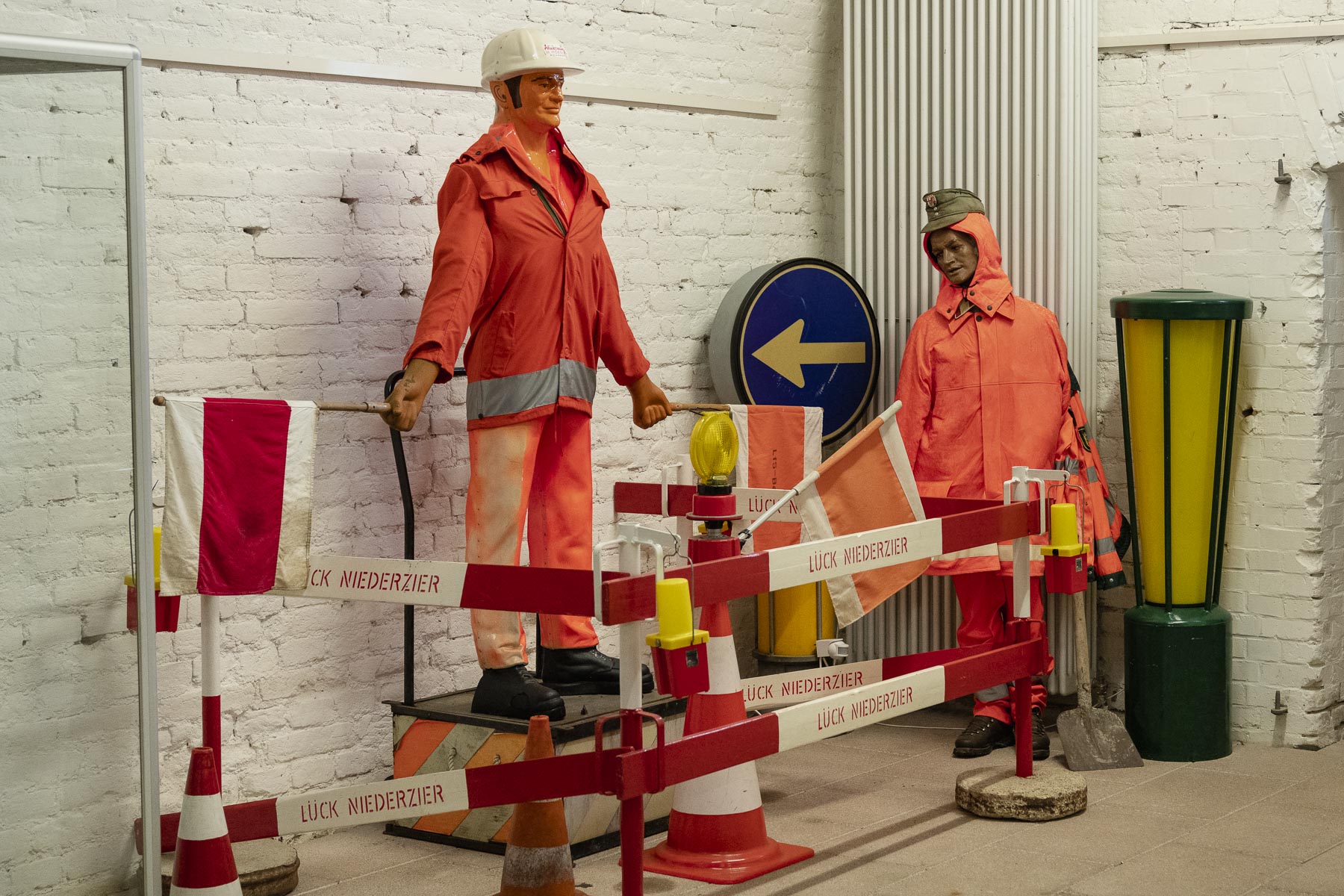 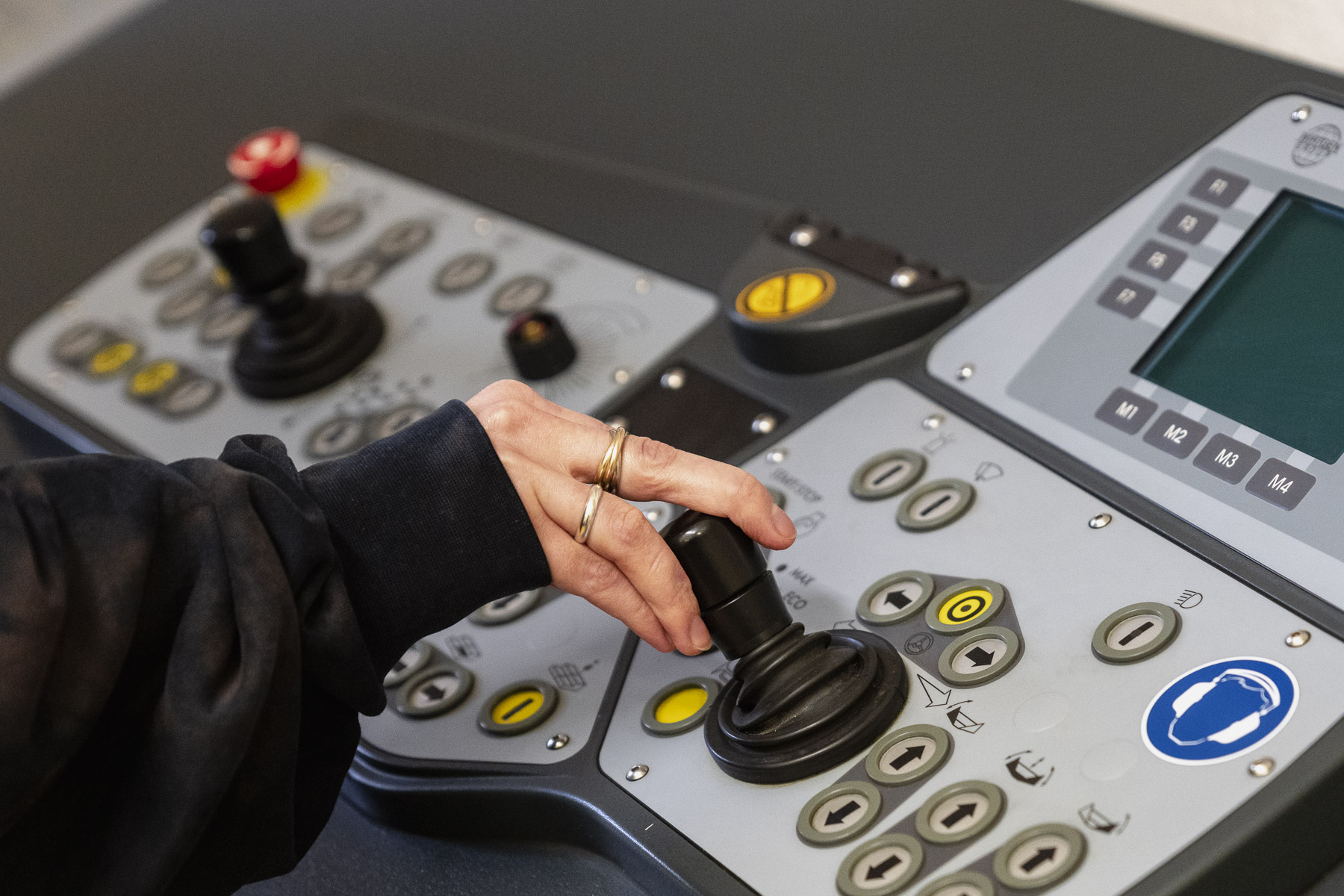 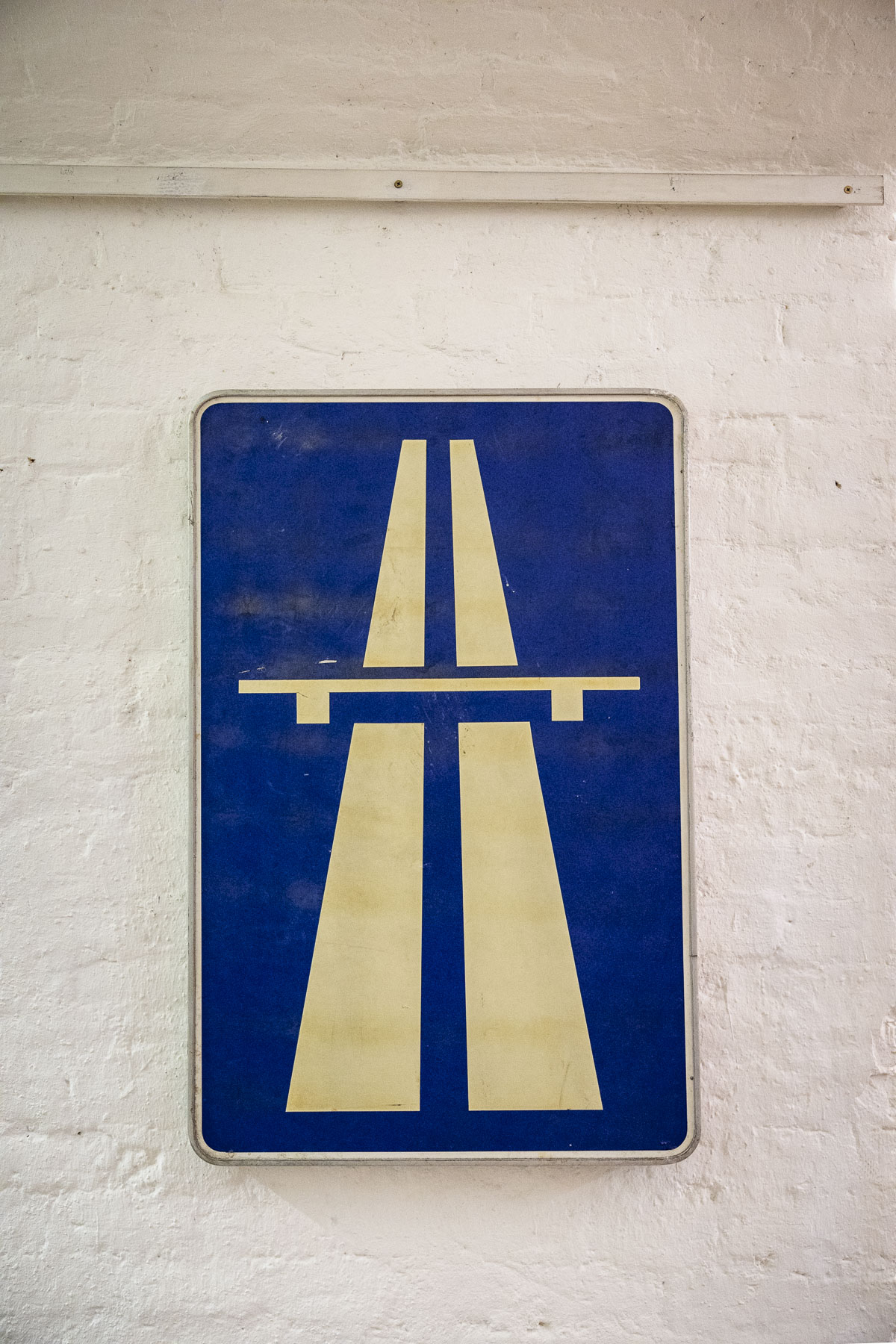 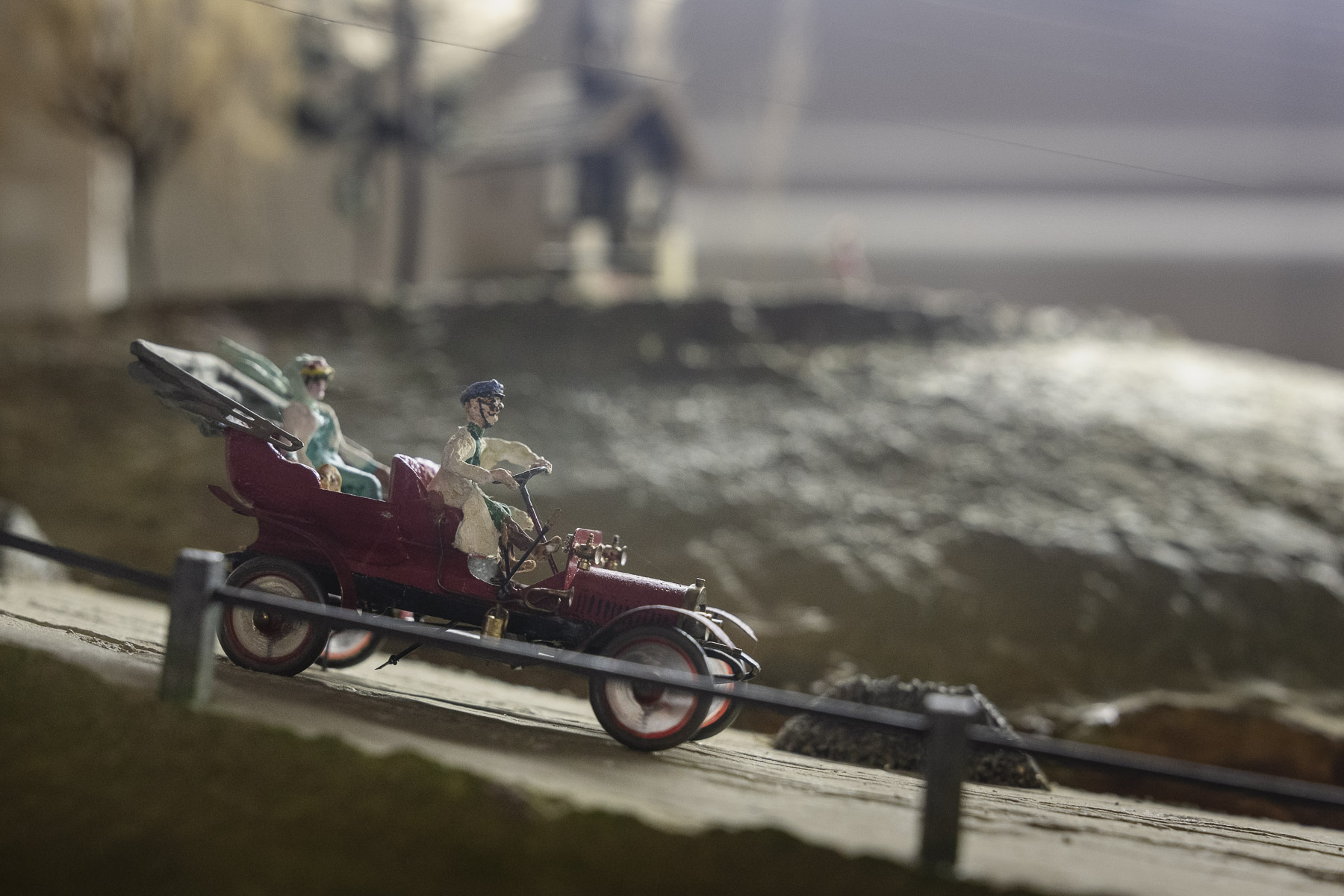 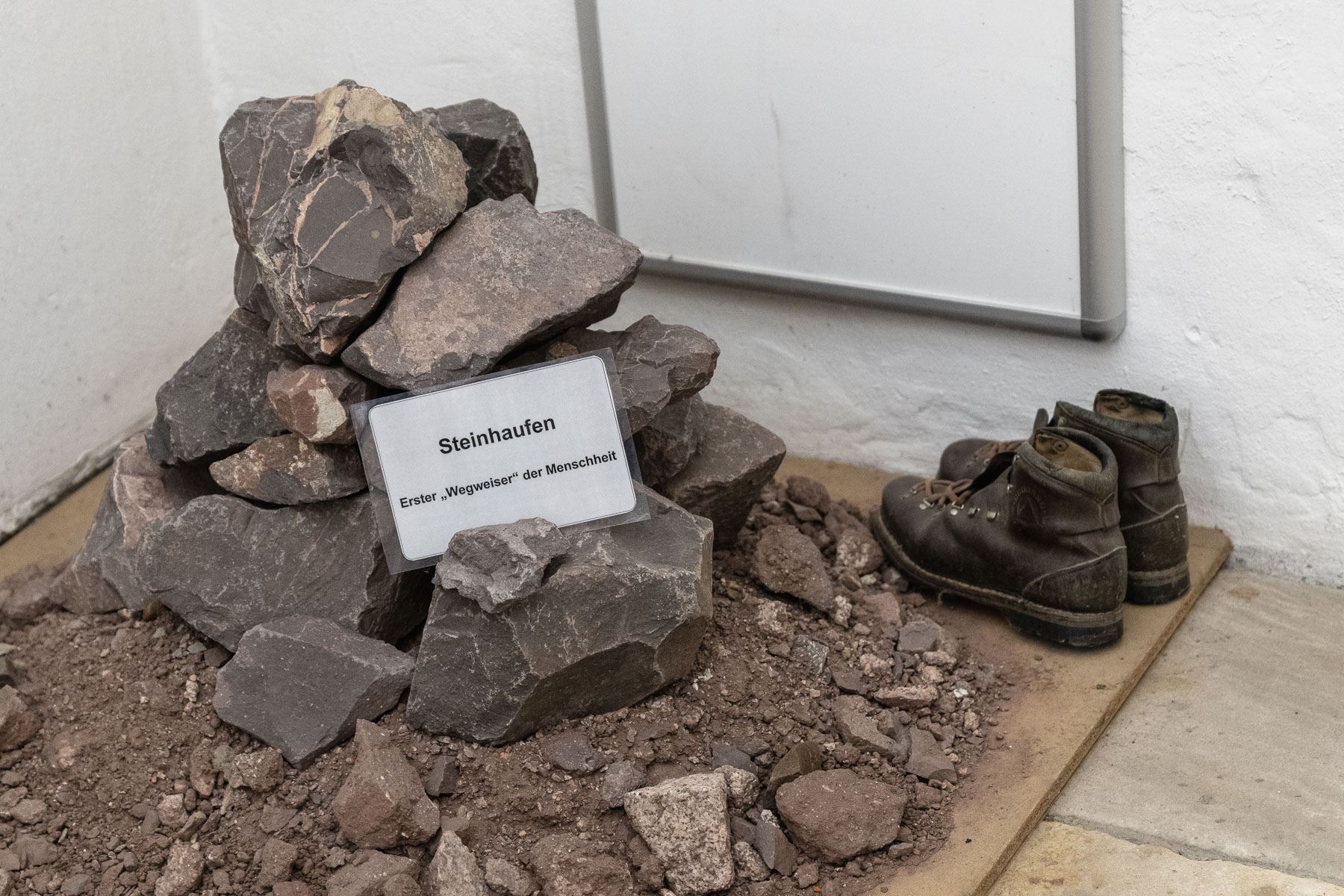