Speyer, Worms and Mainz have a rich Jewish heritage. This is why Susanne Urban wants UNESCO to designate them as a world heritage site. Their monuments are more than 1,000 years old—and their messages still relevant.

The first thing that comes to mind is the children of the deceased. Johanna Pfung’s gravestone looks like a mighty tree trunk which was suddenly chopped off—and yet has so many shoots that one is immediately reminded of her family. Of all the descendants that this woman, born in 1802 and buried in Worms in 1889, might have had. An oak tree made of stone but nevertheless full of life—could there be a better symbol for this place than this gravestone in the “Heiliger Sand” (“holy sand”) cemetery in Worms? Here, nearly 2,500 monuments rise up, often made of red sandstone in which Jewish history has left many traces since the 11th century. Tombs as far as the eye can see, some sunk in and weather-beaten. Perhaps this is exactly the reason why they have such an incredible presence—the Jewish cemetery in Worms being the oldest preserved such cemetery in Europe.

That it still exists today, surviving the Nazi era and numerous other pogroms, as well, borders on the miraculous. Susanne Urban loves coming here, and not just because this cemetery constitutes an important part of her work. “The desire to remember is incredibly strong,” she says—and in one way or another a sentence like this says a lot about who she is. As a child she read the book “A Square of Sky” by Janina David and this made such an impression on her that she engaged in a long-lasting correspondence with the London-based author. She studied history and wrote her doctoral thesis on Jewish publishers. She worked as a journalist for the Jewish journal “Tribüne” and went to Israel for five years, where she, amongst other things, organised seminars for German teachers at the documentation centre Yad Vashem. She received one of the few permanent historian positions as the head of the “International Tracing Service” in Bad Arolsen, an archive for research on the Nazi era and on survival. She quit because the position in Worms appealed to her so greatly.

As the managing director of the association “ShUM cities Speyer, Worms, Mainz,” Susanne Urban works on the application for the UNESCO world heritage recognition. The acronym ShUM stands for the initial letters of the place names in Hebrew: Shin (Sh) for Shpira (Speyer), Waw (U) for Warmaisa (Worms) and Mem (M) for Magenza (Mainz). The three cities together were something like a spiritual centre of Judaism in Europe along the Rhine with prominent scholars teaching here. All three locations had the same jurisdiction. “And there is unity everywhere, even down to the architecture,” Urban explains. Synagogues and mikvaot, the Jewish ritual baths, had the same design characteristics. In 1212, a women’s section was added to the synagogue in Worms—the first in Europe. 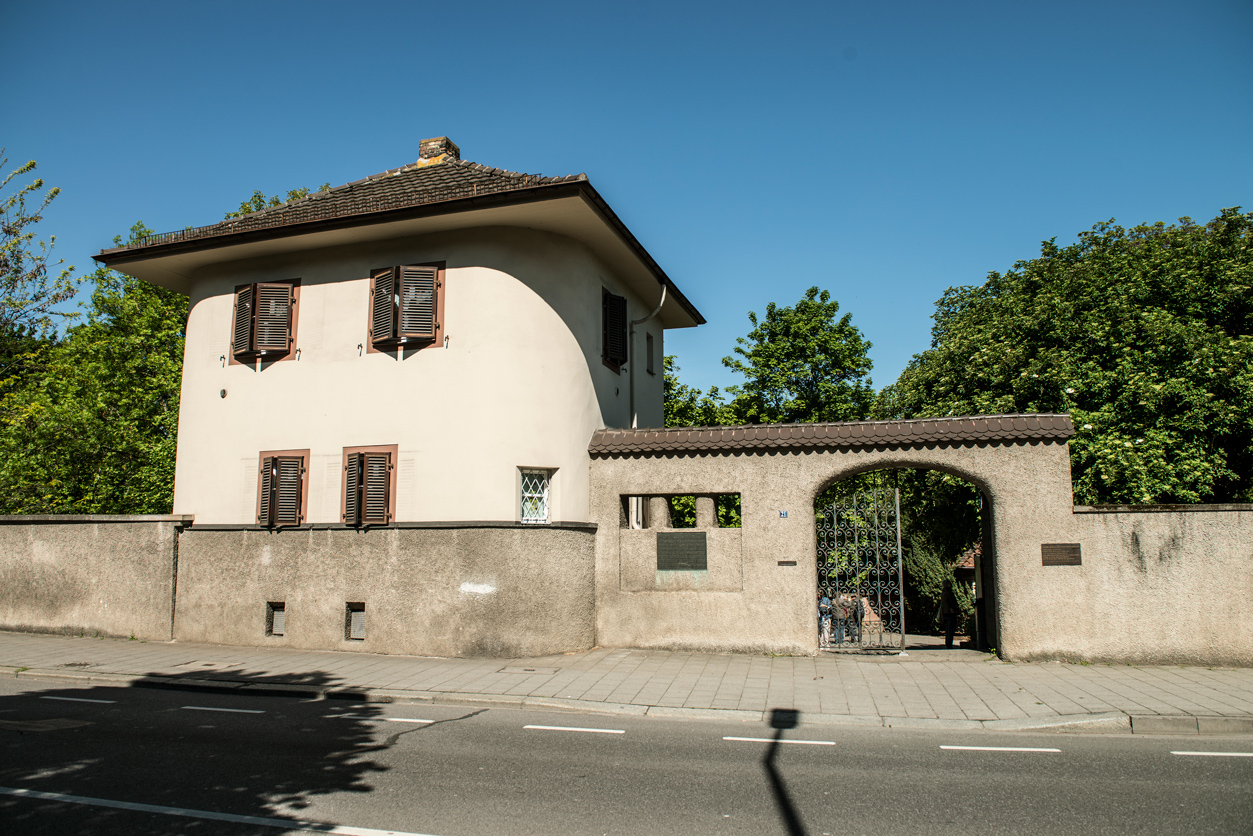 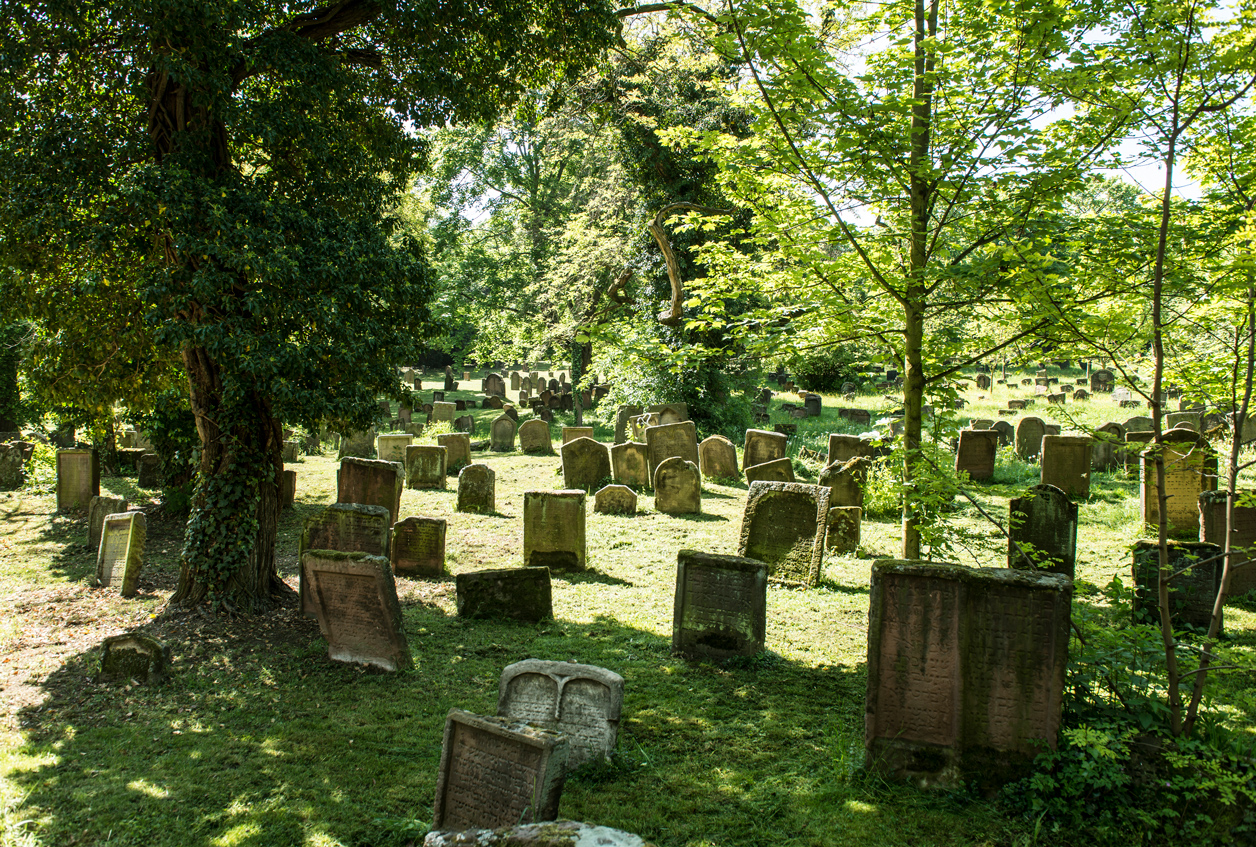 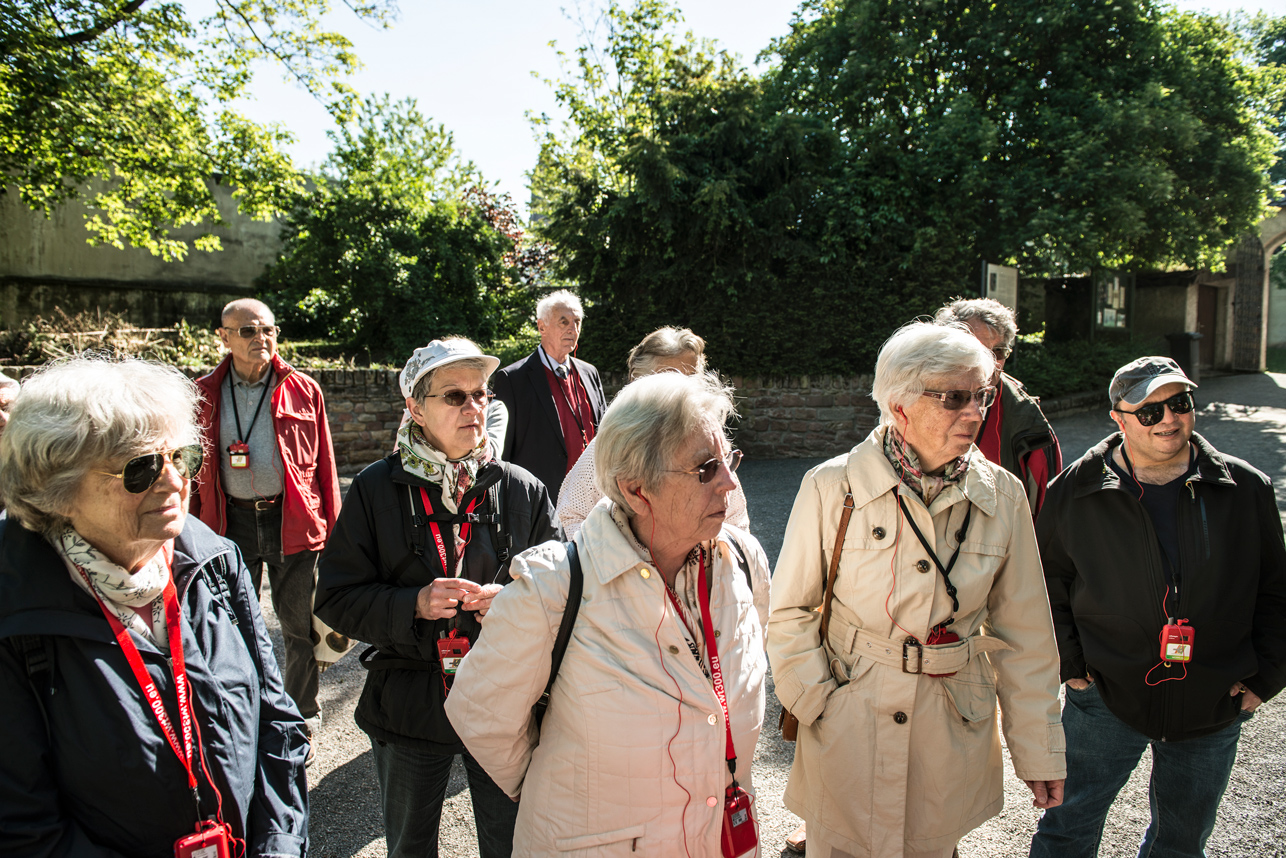 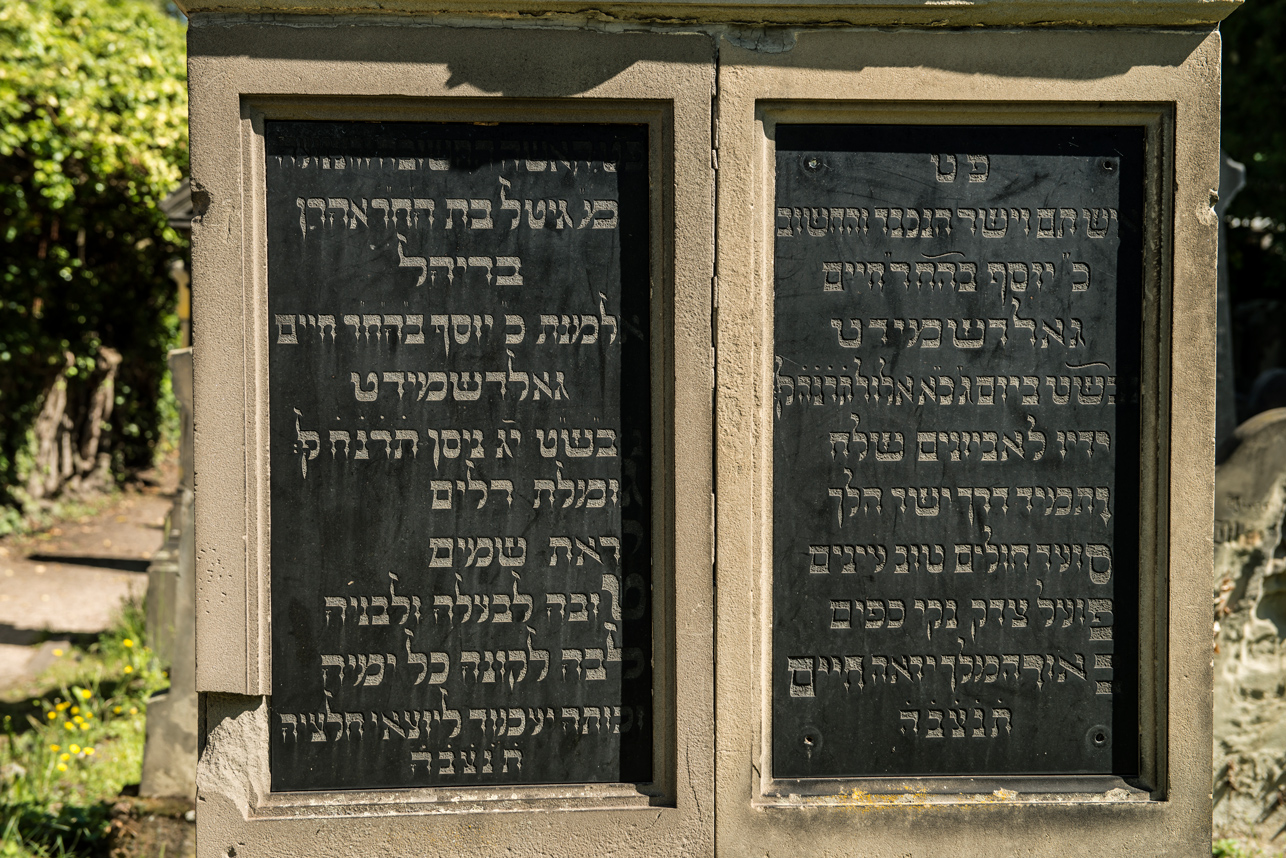 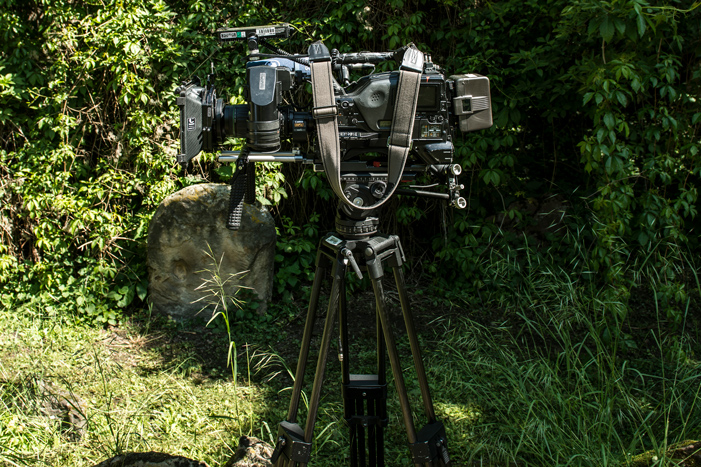 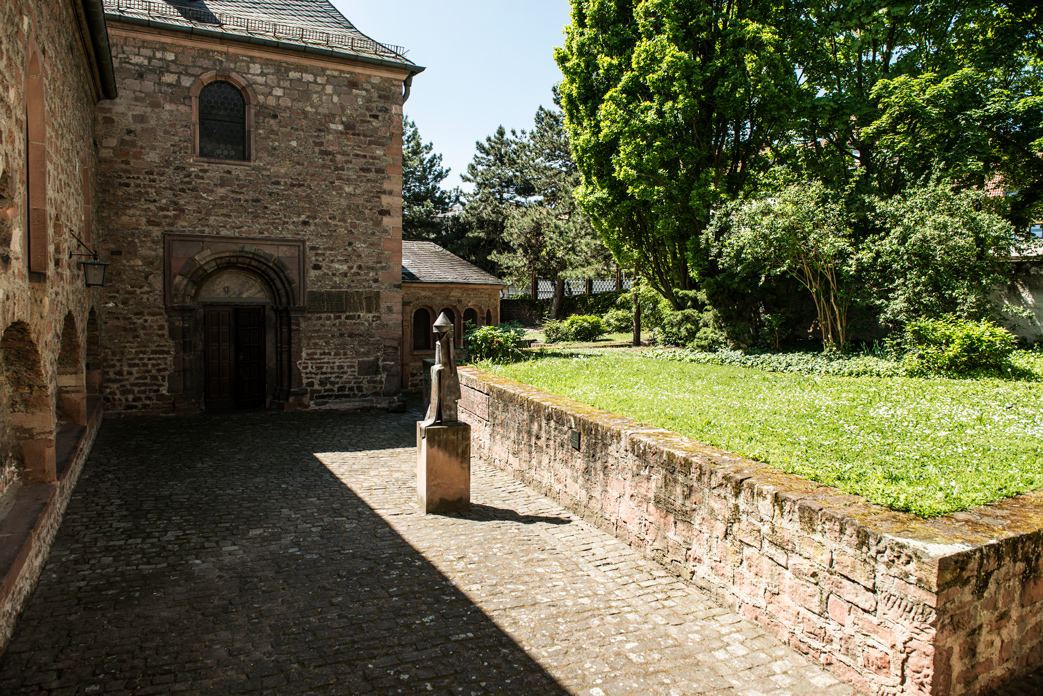 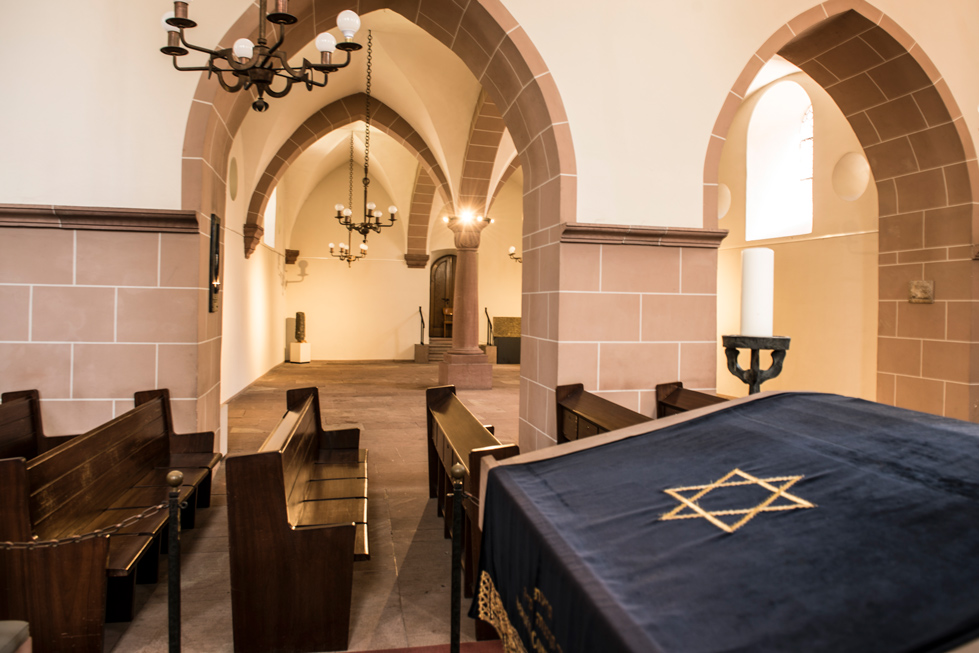 Slips of paper everywhere, the so-called “quittlech” with wishes or requests written down on them, are placed on the graves and weighed down with stones. A particularly large number can be found in direct proximity to the entrance to the cemetery in Worms. There are such huge piles of them on two tombstones that they regularly have to be cleared away—and buried. So that all the wishes and requests come true. Some are for Alexander ben Salomon Wimpfen, a merchant from Frankfurt, but most of them for Rabbi Meir von Rothenburg (1215-1293), whose elegy is still sung in the synagogues today and whose fate is something akin to a legal case study: The scholar wanted to emigrate. But when Rudolf von Habsburg arrested him, willing to set him free only after a hefty ransom was paid, he changed his mind. Due to the fact, among others, that he did not want the incident to set a precedence for arresting other Rabbis and Jews in general.

“In the 19th century, there was a downright ShUM tourism boom”

The characters and symbolic ornaments on many of the tombstones bear witness to the life of the deceased, their professions, positions within the community, families and lineage. Two white hands raised for blessing are depicted on the tombstone of Jakob Kuhn (1830-1888). They point to the fact that he comes from the family of priests who once served in the temple in Jerusalem. There are graves of twelve community leaders who were murdered. A mass burial site it seems, where people killed during the crusades were buried. And there is the grave of the scholar Maharil whose wish was to be buried facing Jerusalem, the only one with that wish. “For the ShUM Jews their home town in Worms was their Jerusalem on the Rhine,” Susanne Urban says—maybe that is why all but Maharil look over more than 2,000 graves but do not face Jerusalem. This is not based on certain facts, since myths and legends are as important as the monuments and scholarliness in ShUM culture.

The most well-known scholar who studied in Worms and Mainz would appear to be Rabbi Schlomo ben Jizchak, named Raschi (1040-1105), whose commentaries are used as a resource for Torah interpretation to this day. In the old synagogue, not only is the inscription of the founders of 1034 still preserved, but also the so-called Raschi chair dating from the 17th century in the teaching house next door. “He never actually sat on it, but it nonetheless is his place, on which his great spirit can take a seat. In the 19th century, there was a downright ShUM tourism boom,” Susanne Urban tells us, with even postcards of the synagogue and the cemetery being printed. Today, many tens of thousands of people come to Worms and they also visit the ShUM places. “In Speyer it is even 50,000,” says Urban. There you can find remnants of the Medieval synagogue and the mikve, in Mainz the reconstructed cemetery “Judensand” (“Jews’ sand”), all of these belong to the sites to be designated by UNESCO.

How do you deal with places such as these? How do you explain them to outsiders and how many visitors can they sustain? Susanne Urban works on these issues with cities, municipalities and the state, as well as with conservationists and historians. Plans are now beginning to be made about how the opening ceremony of the monumental cemetery in Mainz could look, which so far has not been easily accessible for the public. The documentation of the Raschi museum only a few paces away from her office in Worms ends in the 1980s and there is no visitor centre.

Susanne Urban’s office is in the “Haus zur Sonne”, “house to the sun”, right next to the synagogue which used to be the school for Jewish children since 1935—until their deportation in 1941. Today, the rooms of the house are used again by the small Jewish community with Jewish life returning to the city—slowly but noticeably. Before the holocaust, approximately 1,000 Jews lived in Worms. “Today, there are about 100,” Susanne Urban says.

“The ShUM sites would be the first to have world heritage status focussing on Judaism.” There was, for example, the former fortress Masada in Israel, but its roots were Roman, she explains. Or Prague and Třebíč —city ensembles which integrate Jewishness but do not emphasise it. In Worms, however, Jewish history inscribed itself into the cityscape in such a way that you can still easily perceive the structure of the ghetto. It is not Susanne Urbans’ intention to establish an exhibition about everyday Jewish culture: “I think it is more surprising to show how up-to-date and also—according to their own time—how liberal the thinking of the Jewish scholars once was.” And, in a sense, also how European, since rabbis such as Raschi—himself a Frenchman—spread their knowledge far beyond national borders. When the application for the ShUM cities will be issued to the UNESCO in 2020, history will play a major role, but the future will, too. The tombstone of Johanna Pfung is a wonderful symbol for that. Her tree trunk grows new shoots—its roots, however, reach deep into the earth of Worms. 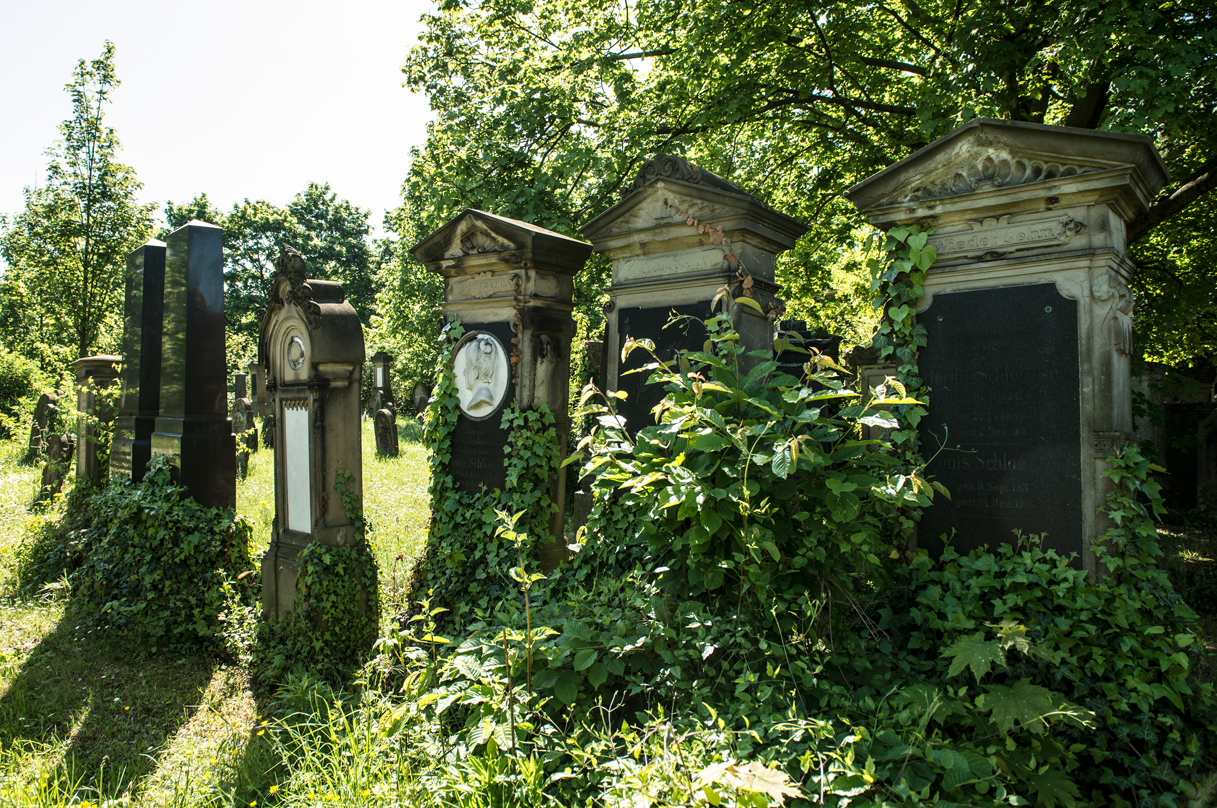 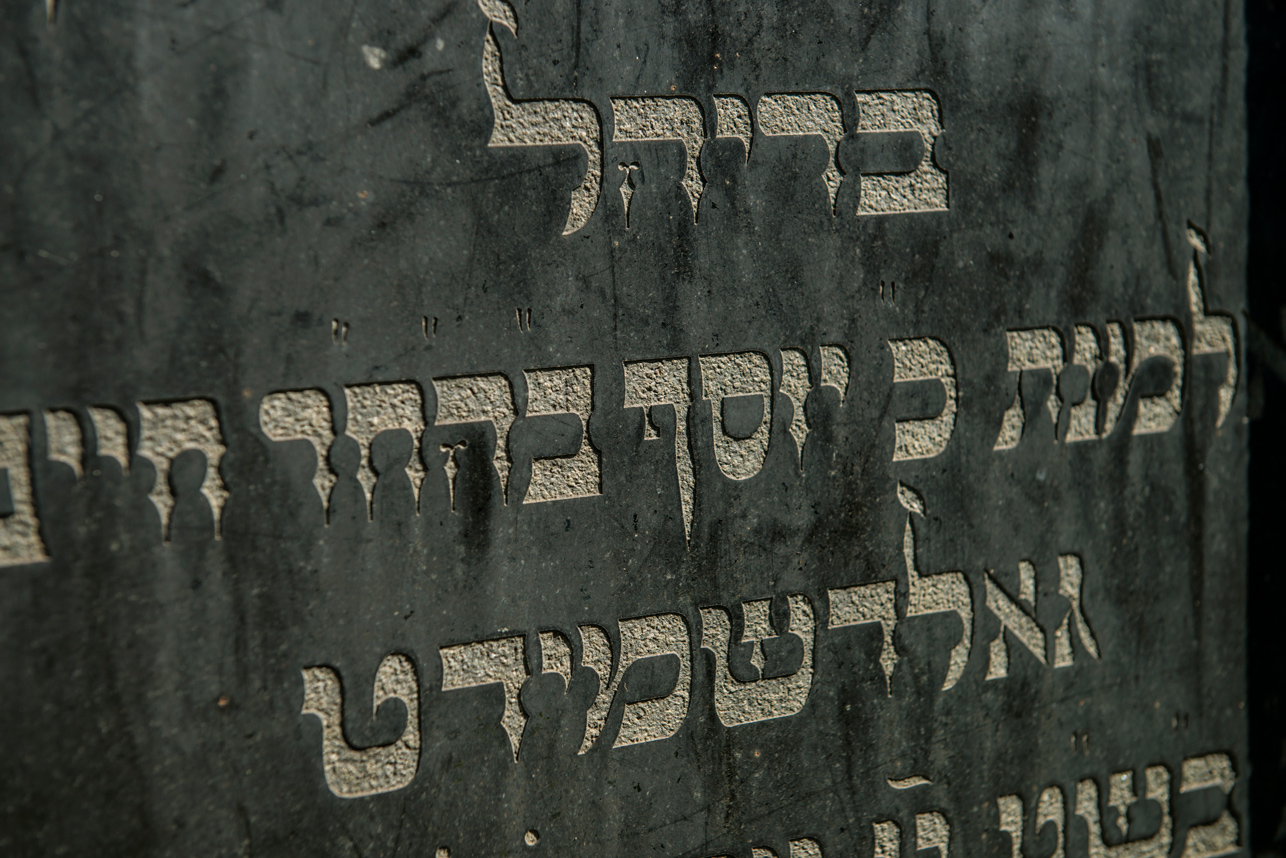 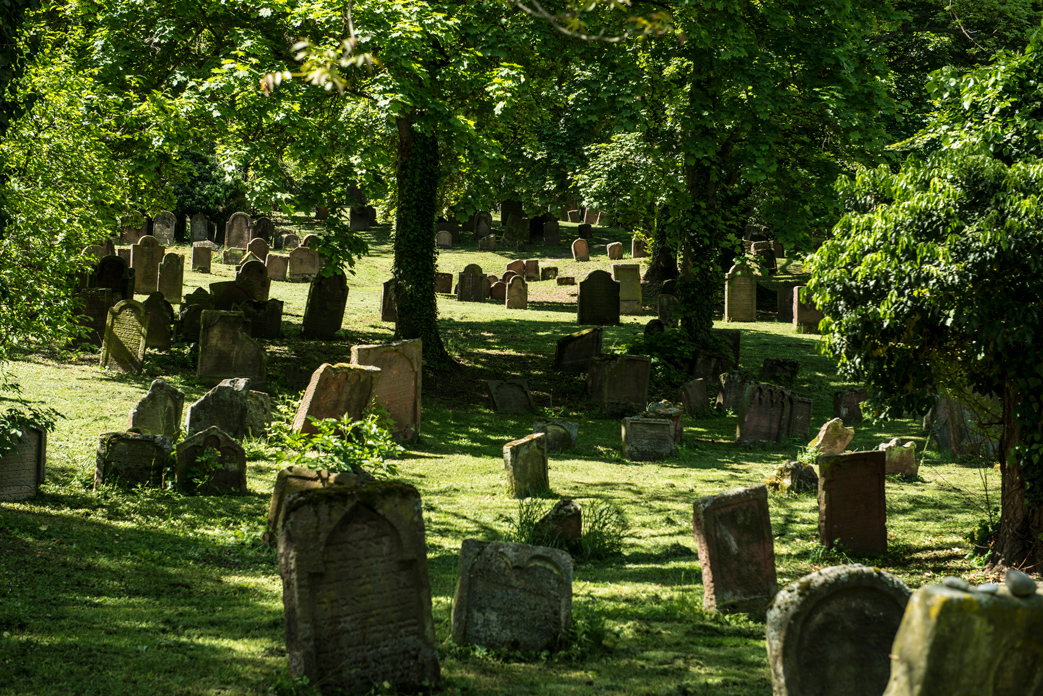 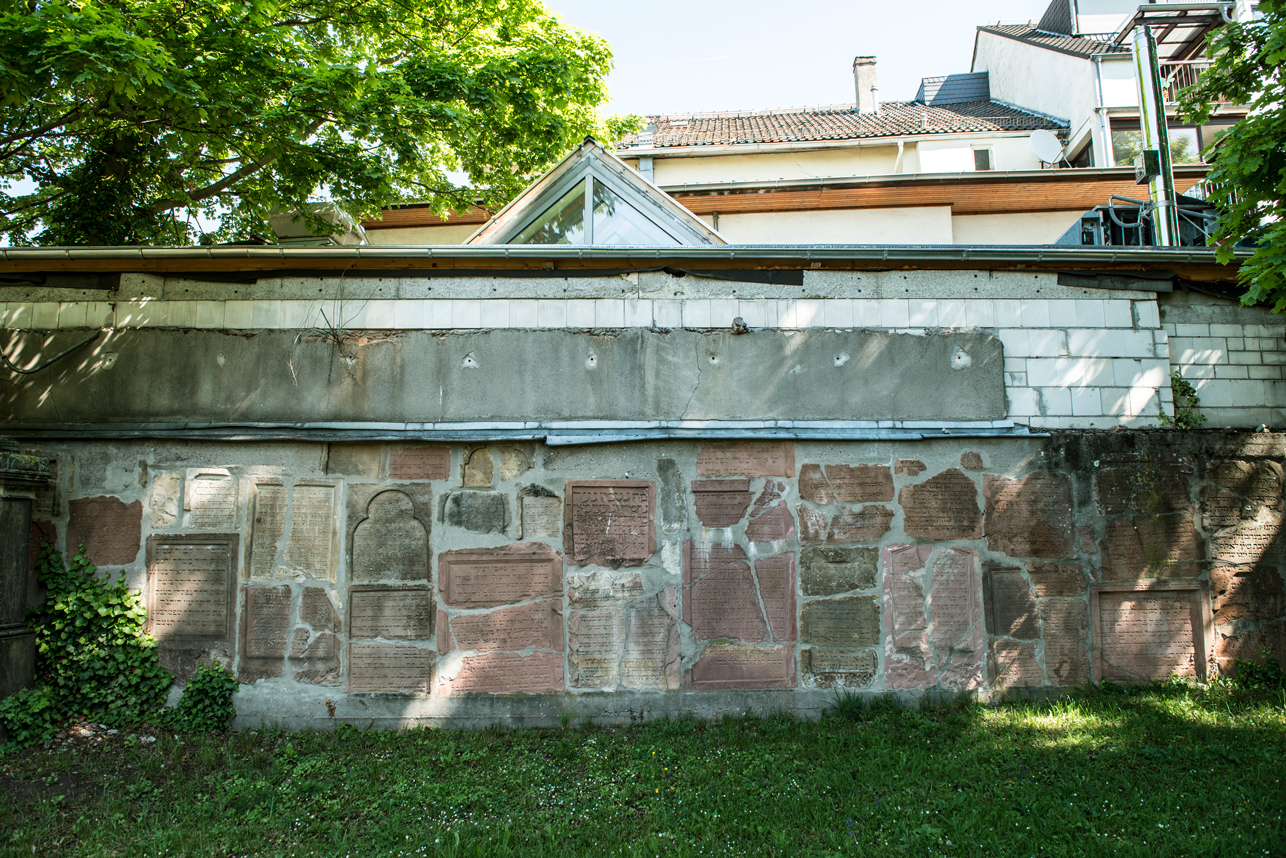 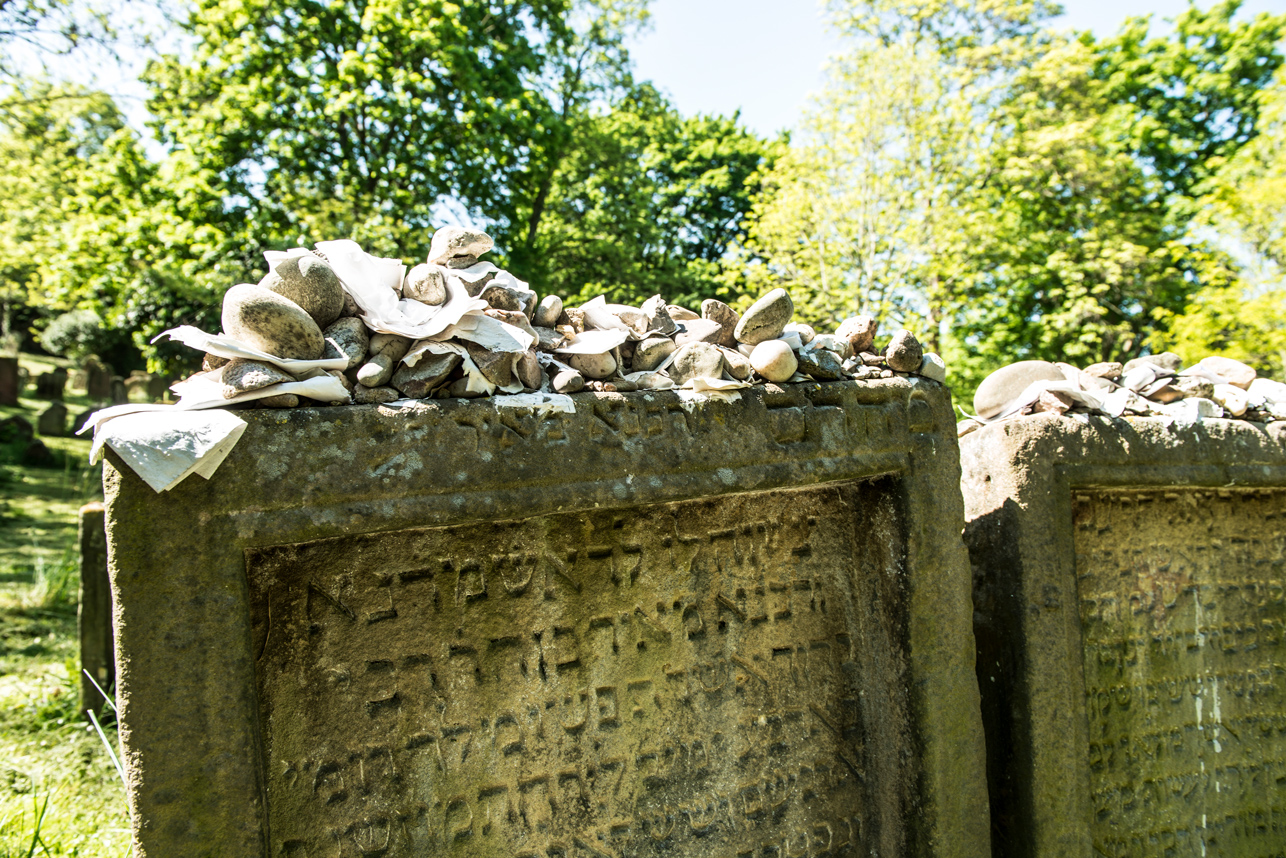 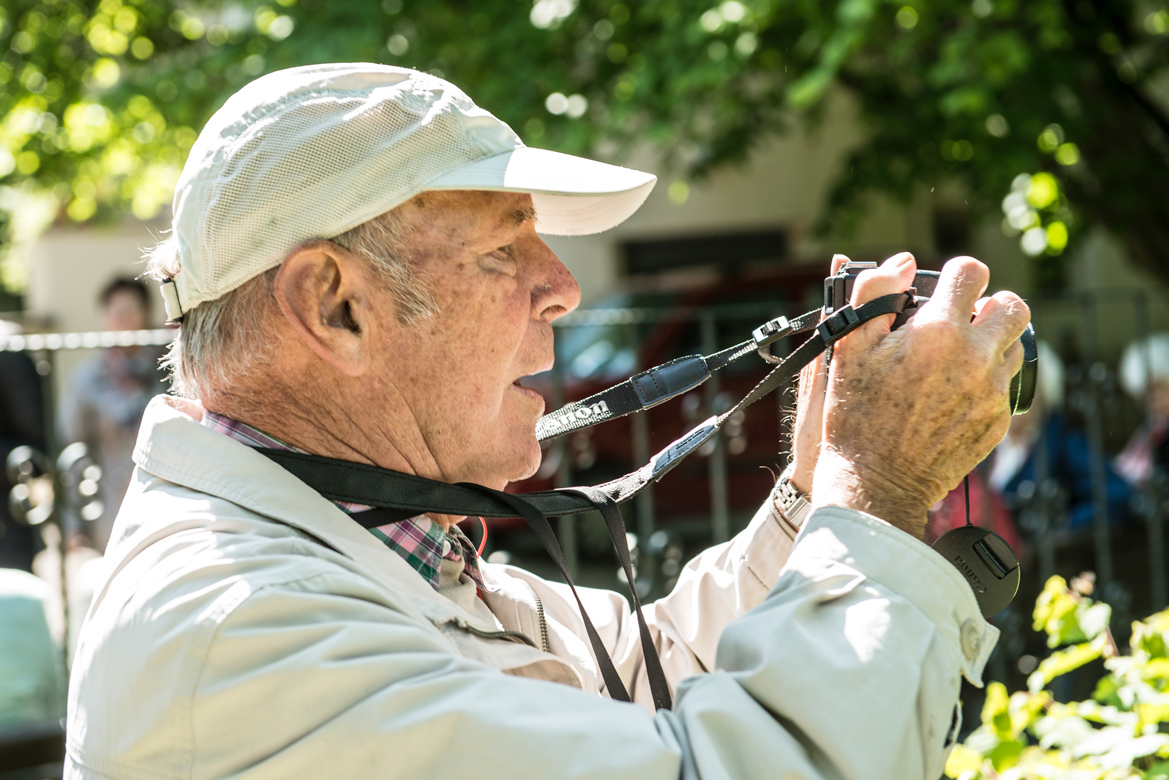 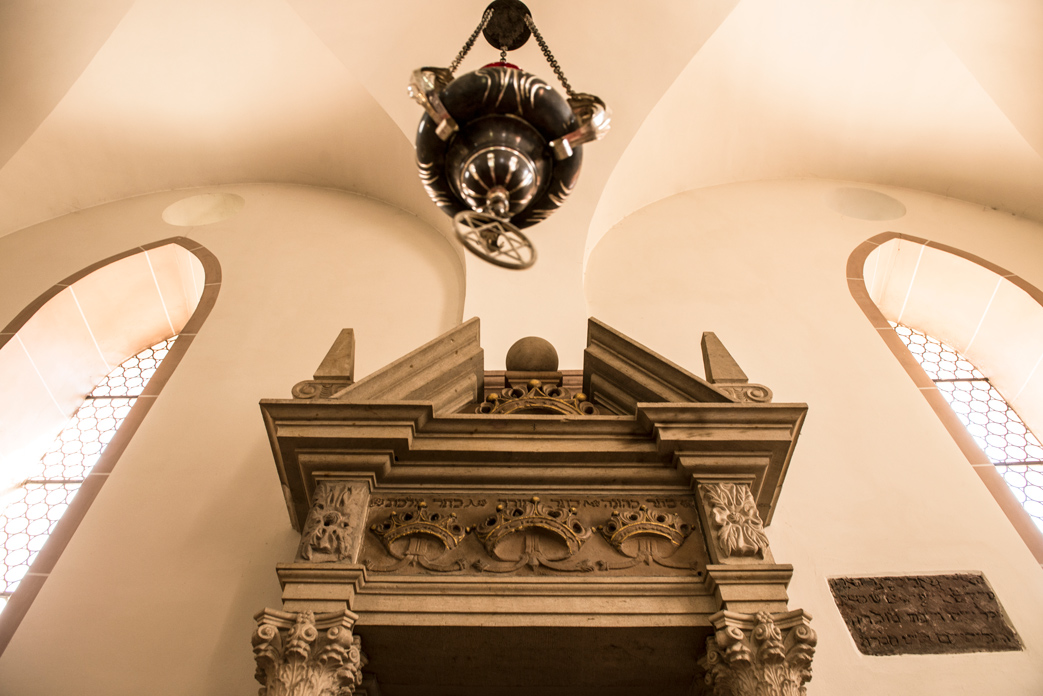 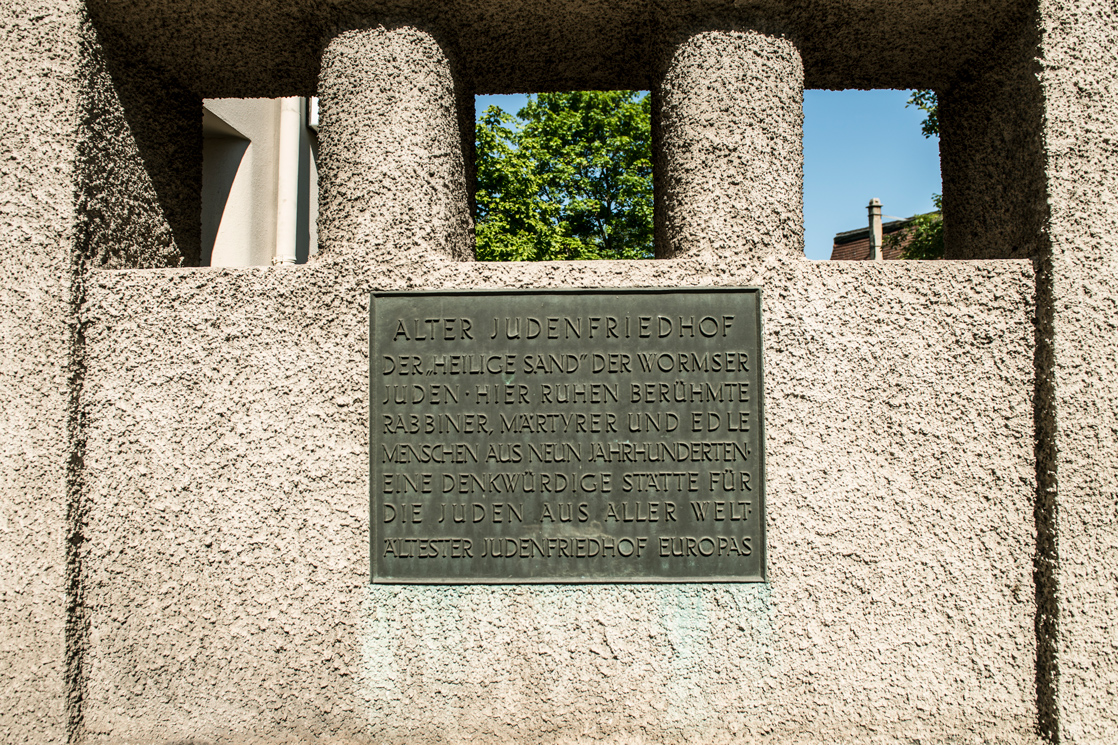