Anne Mottl’s sheep have an important job: They take care of the conservation of the countryside and preserve biodiversity around the village of Völkersweiler. However, there are fewer and fewer transhumant shepherds and grazing land is becoming scarce in this region. The project “Neue Hirtenwege im Pfälzerwald” (new pastoral paths in the Palatinate Forest) aims at protecting the unique biodiversity by preserving a traditional trade that means so much more to Anne Mottl.

No words, no commanding, no wild gesticulating—it is totally quiet when Anne Mottl with a firm gait approaches her sheep, which have gathered on one side of the paddock. In the valley near Völkersweiler, in which the Triebborn river burbles along, you can only hear the chatter of birds. The shepherdess wants to take a quick look at the meadow to see how much feed there is left. But as she climbs over the fence, a well-rehearsed spectacle is set in motion. 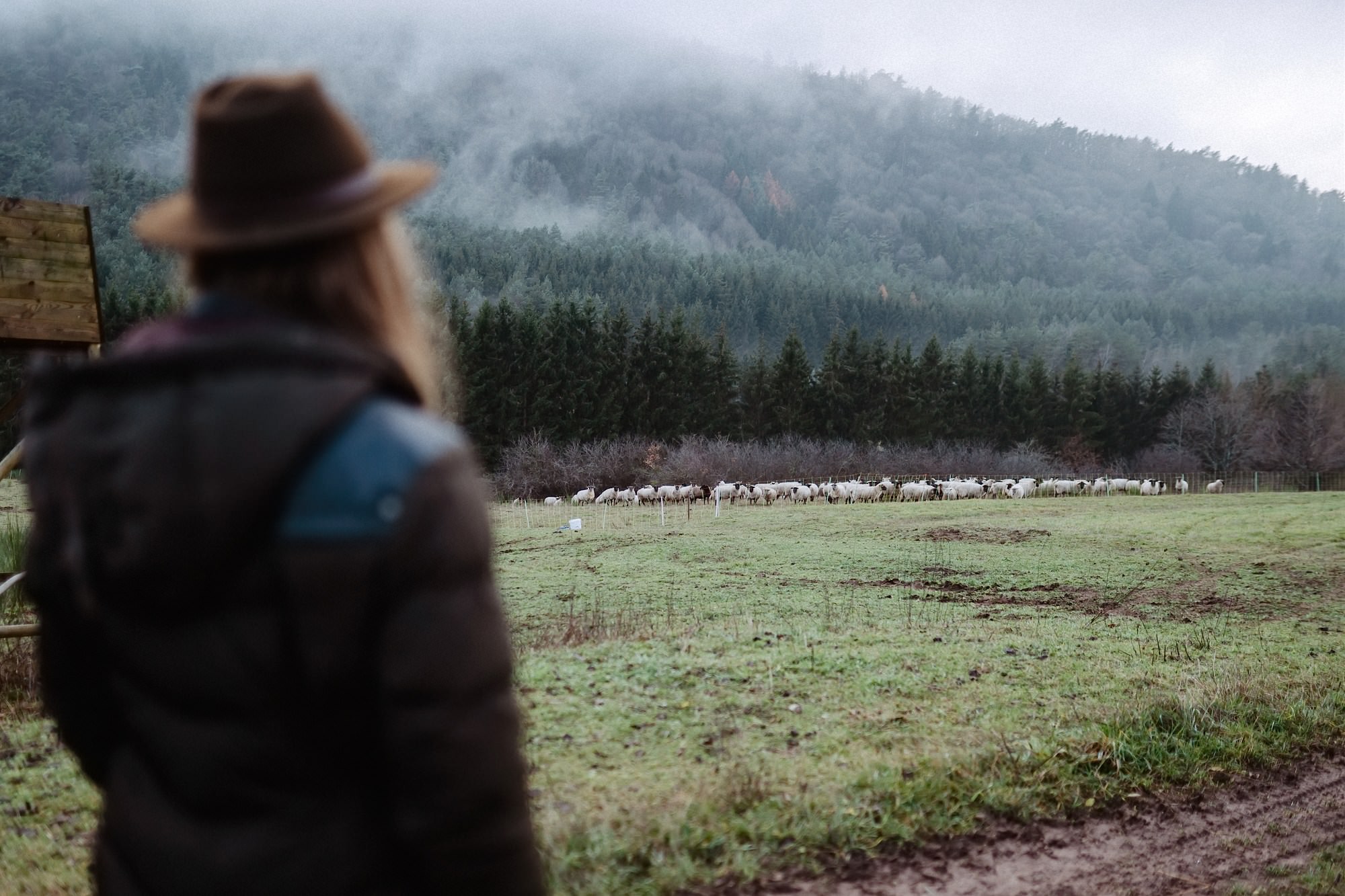 Anne calls her occupation “modern transhumant sheep-farming”: She is with her flock every day, but she usually moves only from one paddock to another.

The border collie Luka takes an elegant leap over the fence and runs to the left side immediately. Her colleagues Rike and Lexie look after the right side. It looks like all sheep start moving at the same time. They follow their shepherdess immediately—with bobbing heads, swinging ears and the low sound of clattering hooves muffled by the grass. Nose to tail. The flock moves like a single, multi-headed organism, once around the undergrowth in the middle of the paddock. 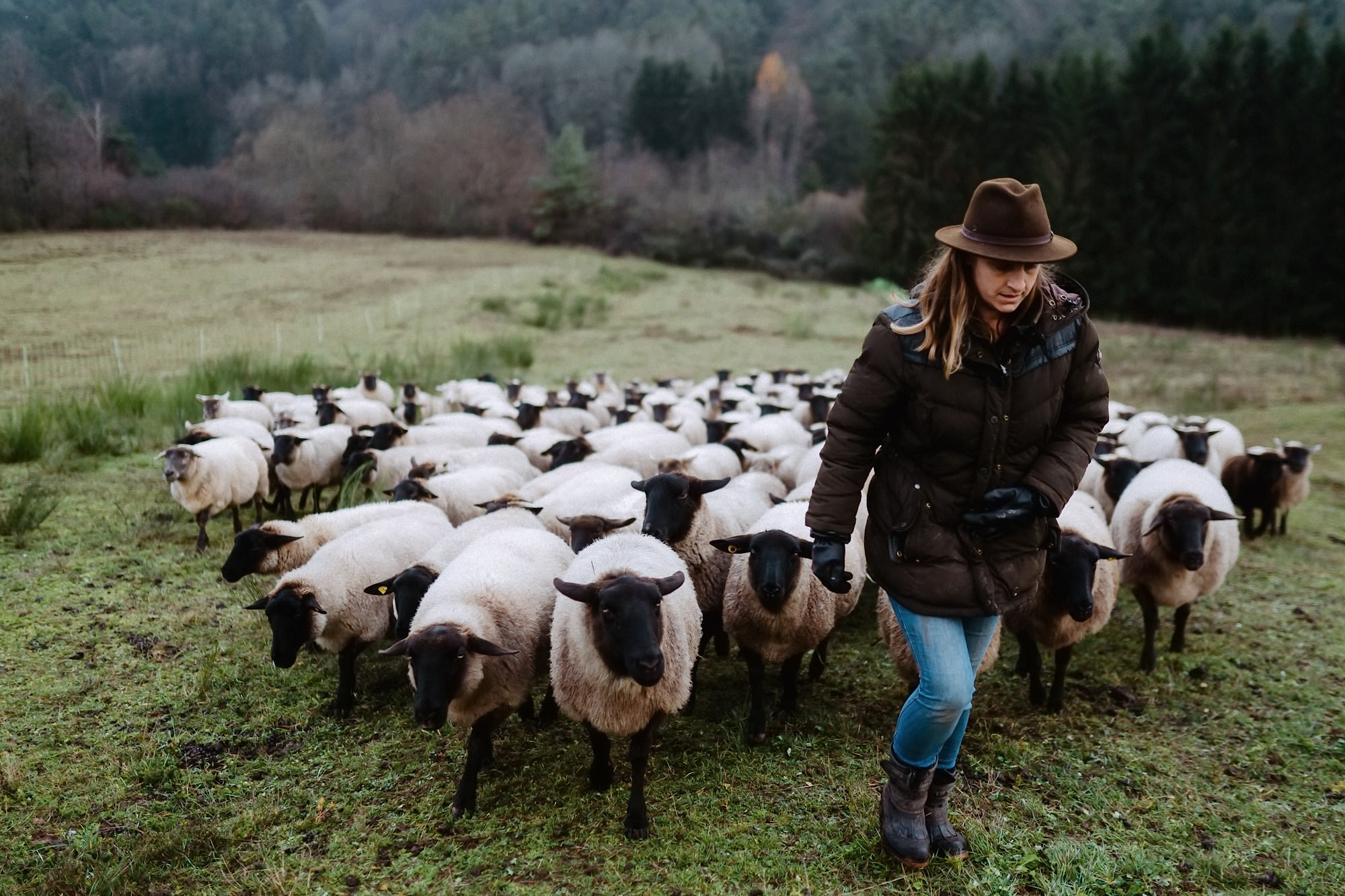 Anne would love to spend more time with her sheep. They hardly leave her side as soon as she appears.

It is a spectacle. One that doesn’t require any stage directions anymore. “The dogs know their job well,” Anne says later. The interconnectedness she is talking about, becomes visible out here in every movement that the animals carry out. Anne grew up with sheep and dogs. Her father bought his first sheep in the 1970s. Back then it was a hobby for him. He was actually a site foreman. But these animals fascinated him and a few years later he led a flock with over 1,000 sheep along the slopes of the Palatinate Forest. Anne and her two sisters always used to be there. Came rain or shine. “I know only too well, what chilblains are,” she says and smiles. Her father died in 2009—Anne took over the herd. “I didn’t actually think about it, I just did it.” 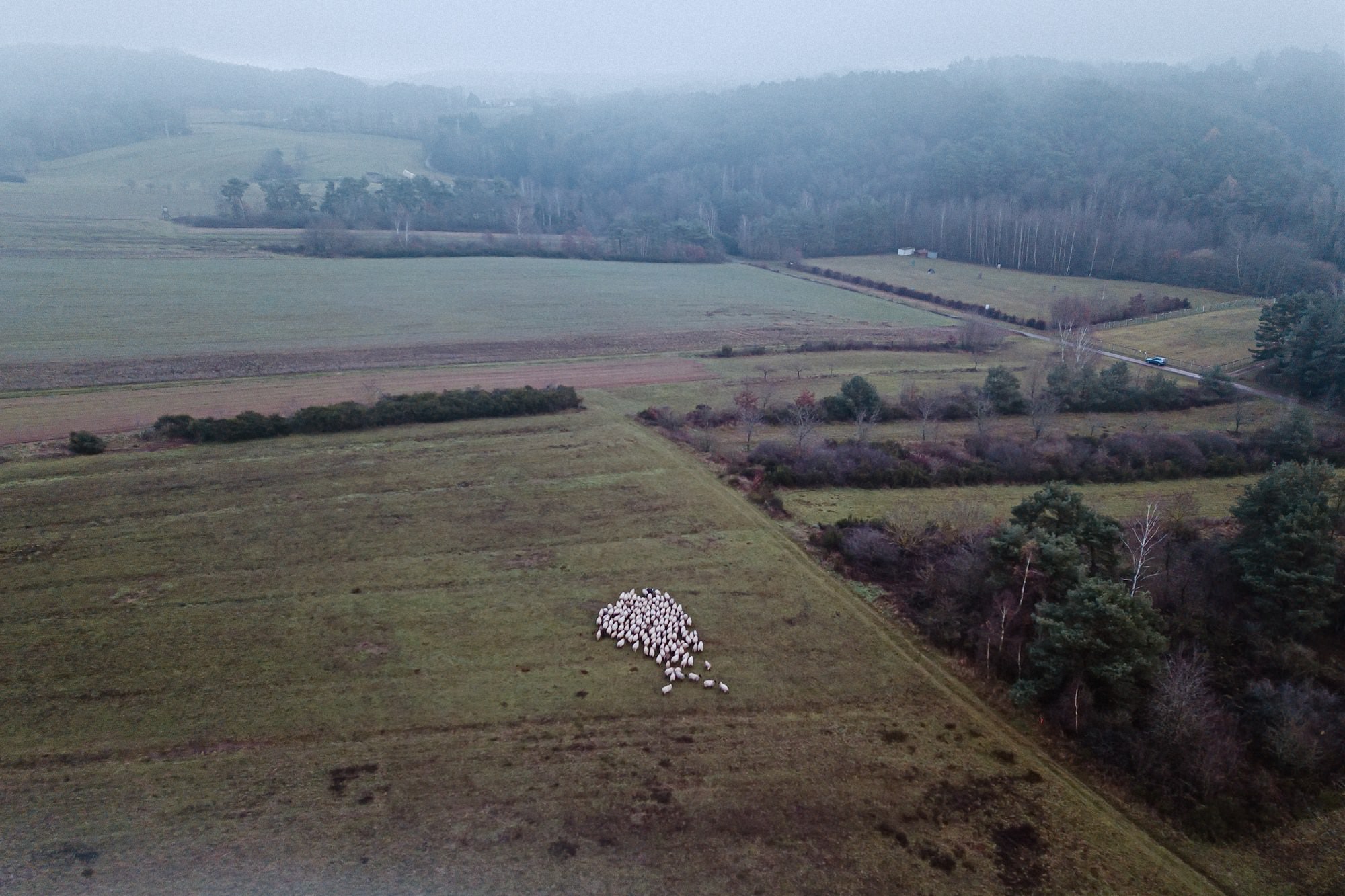 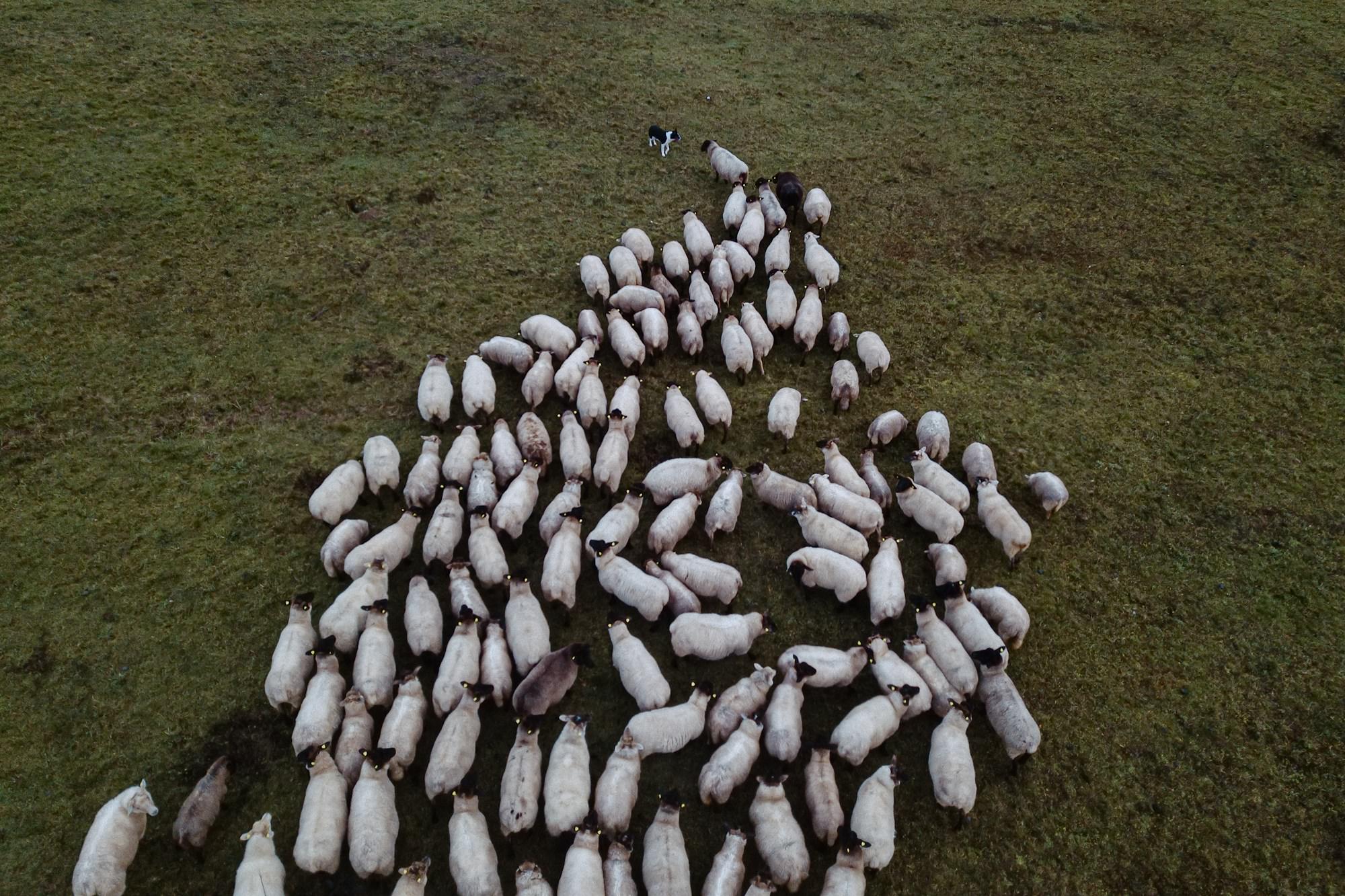 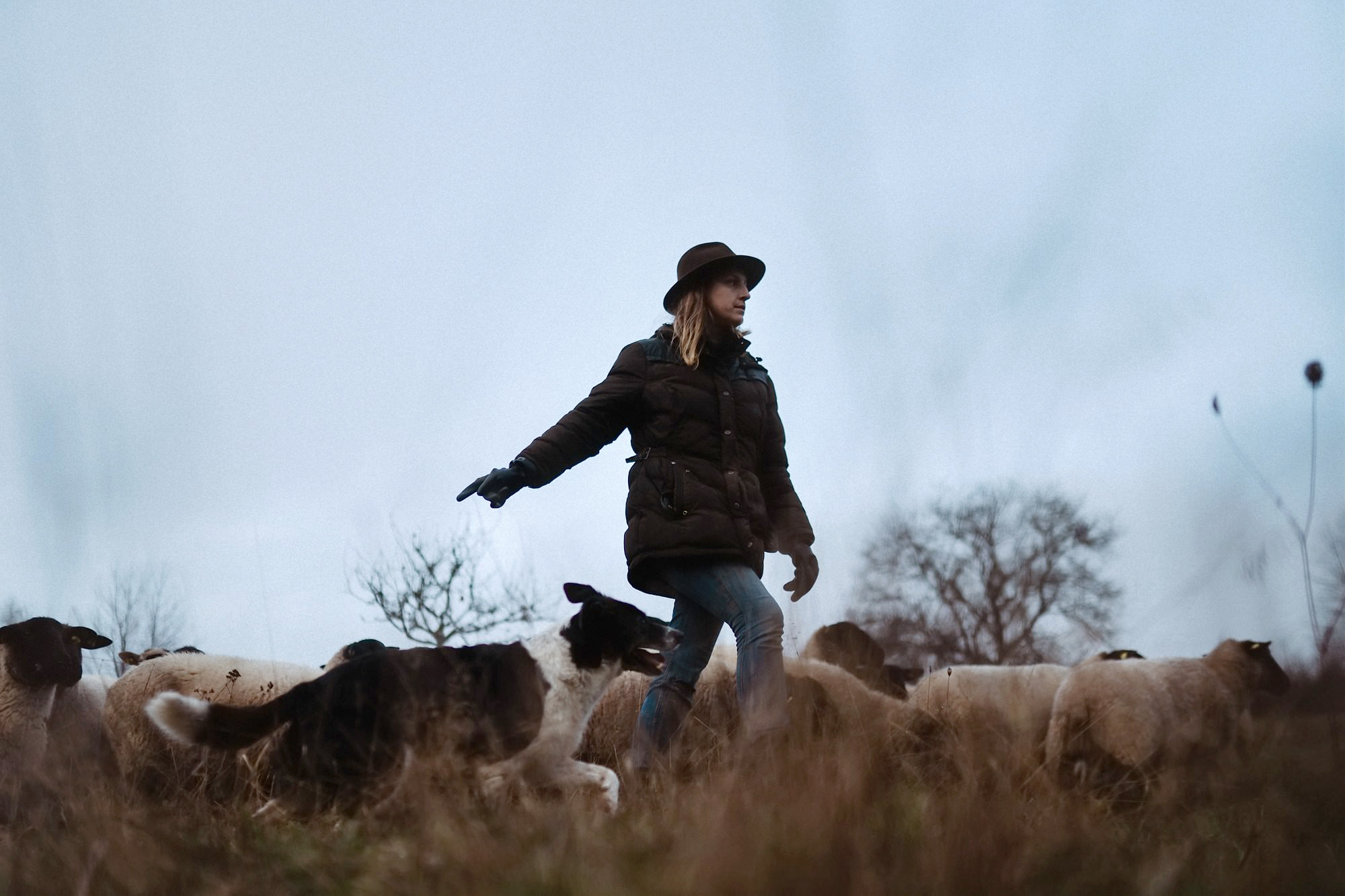 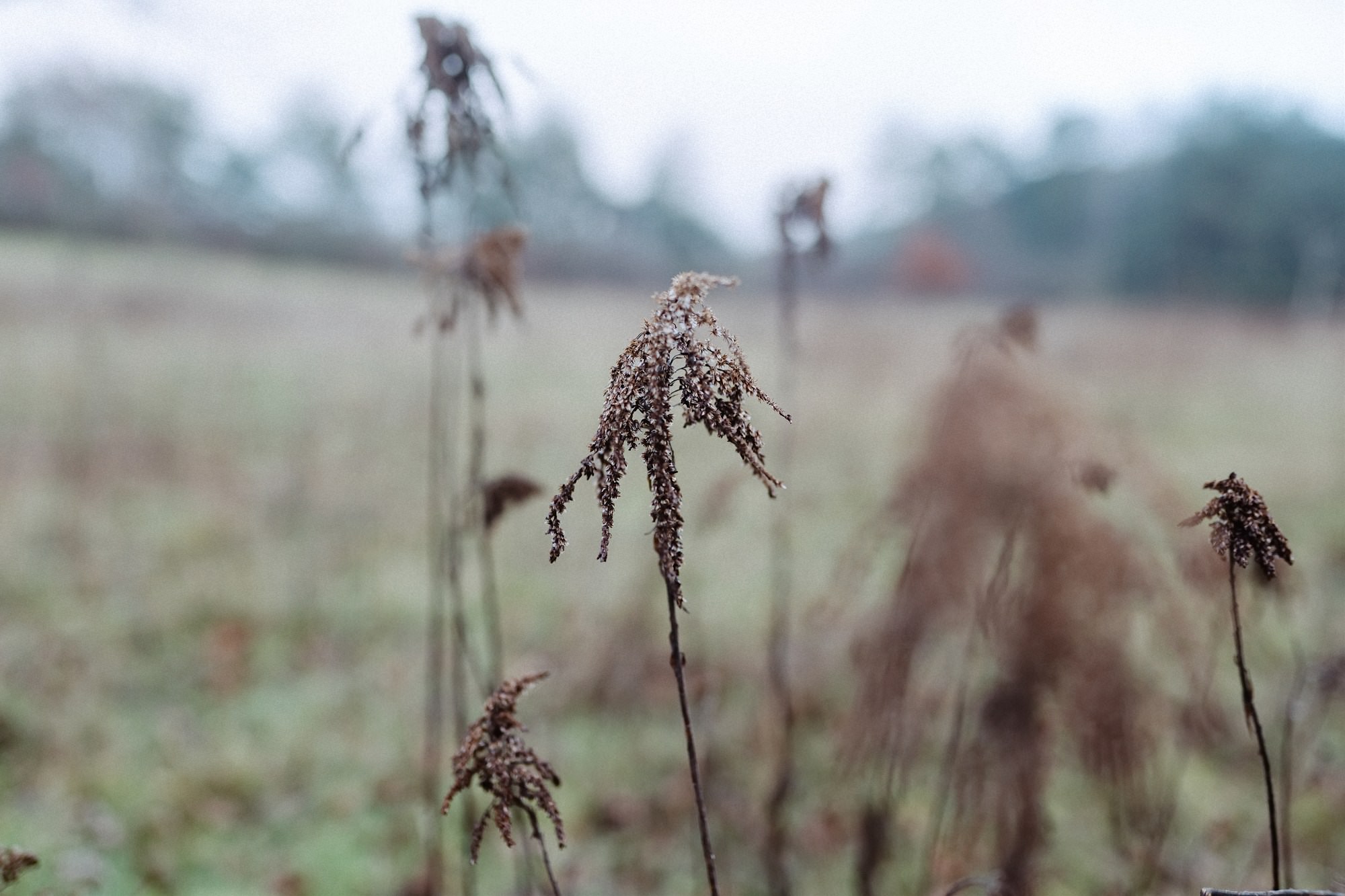 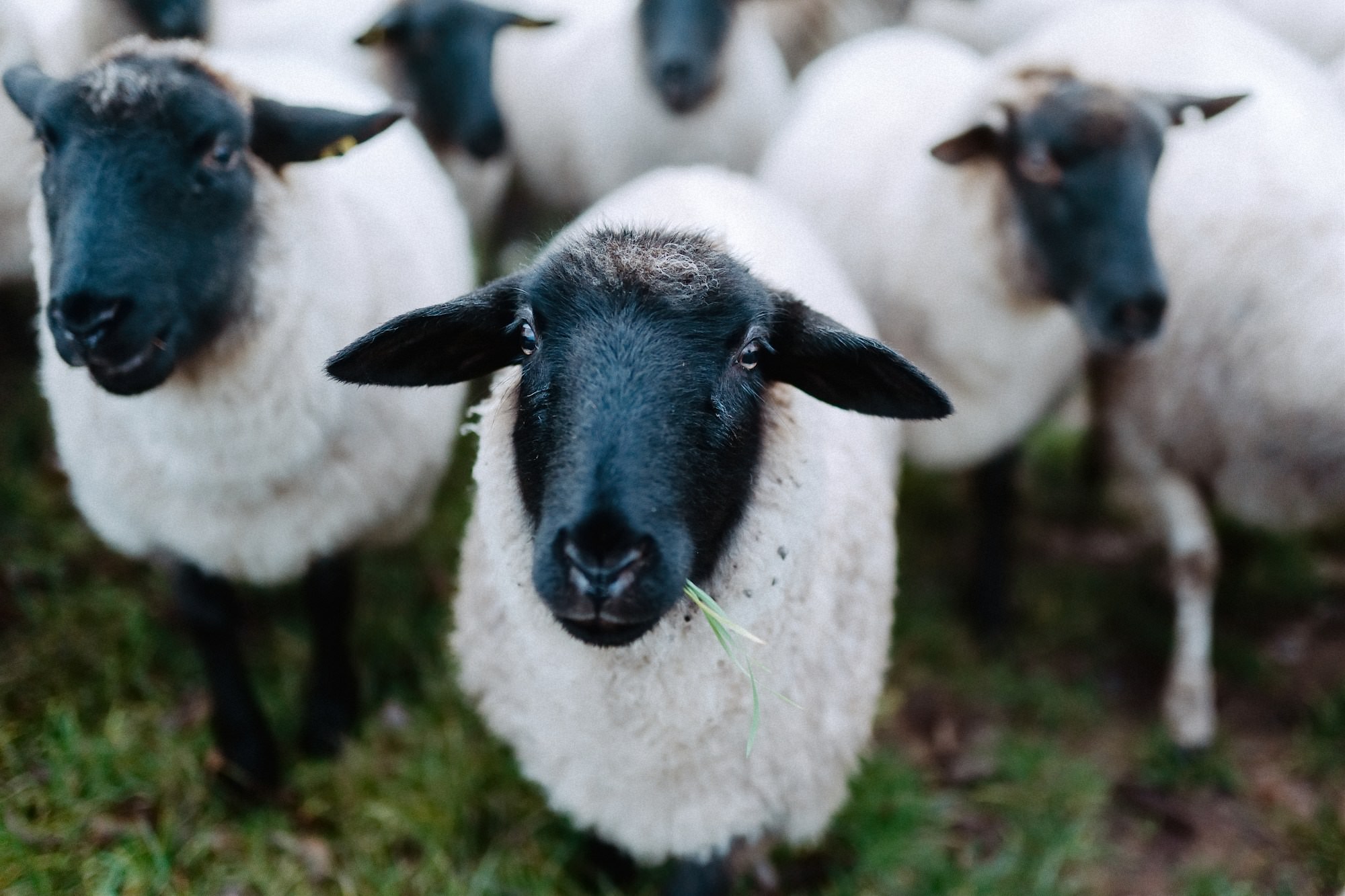 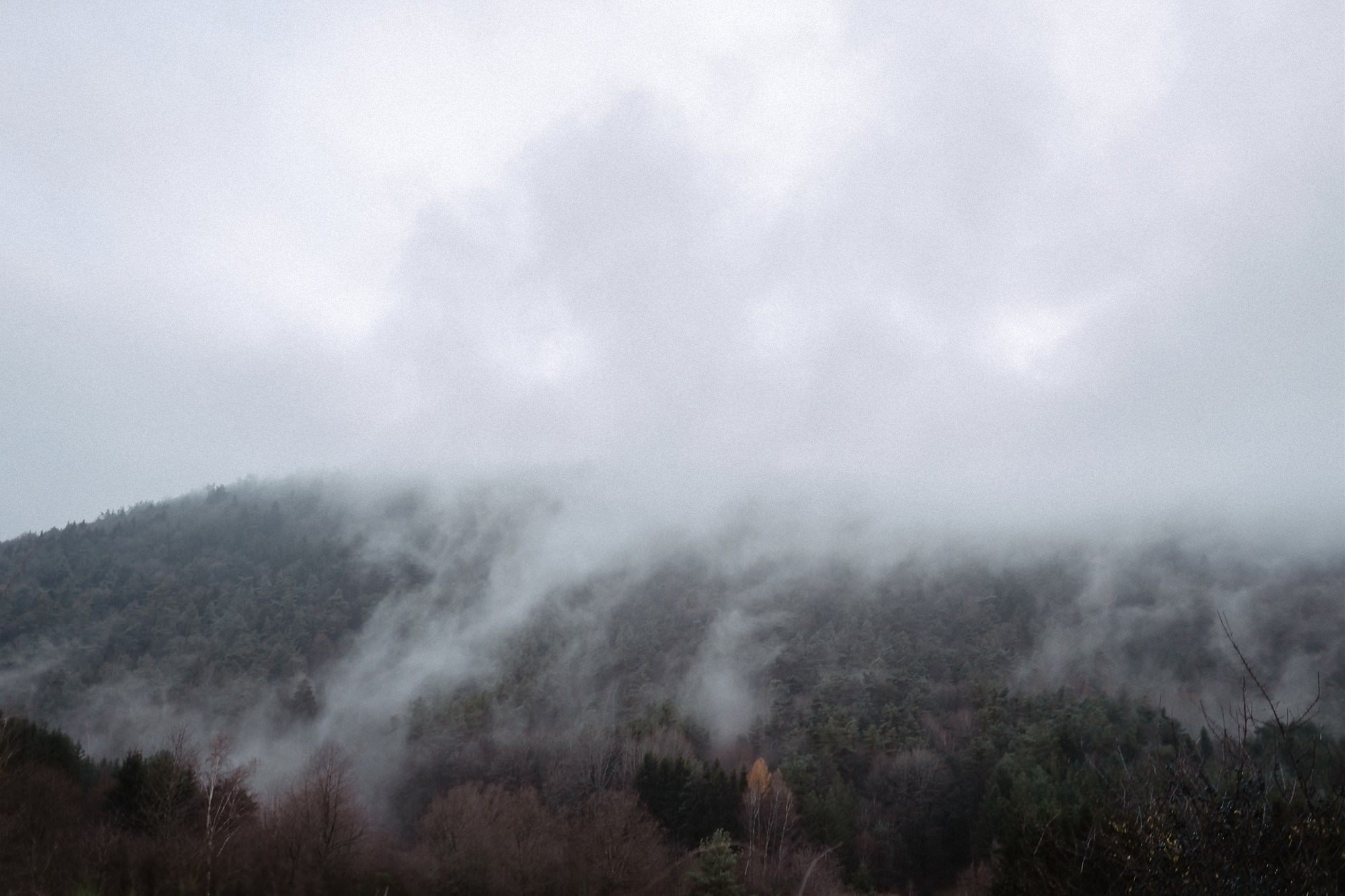 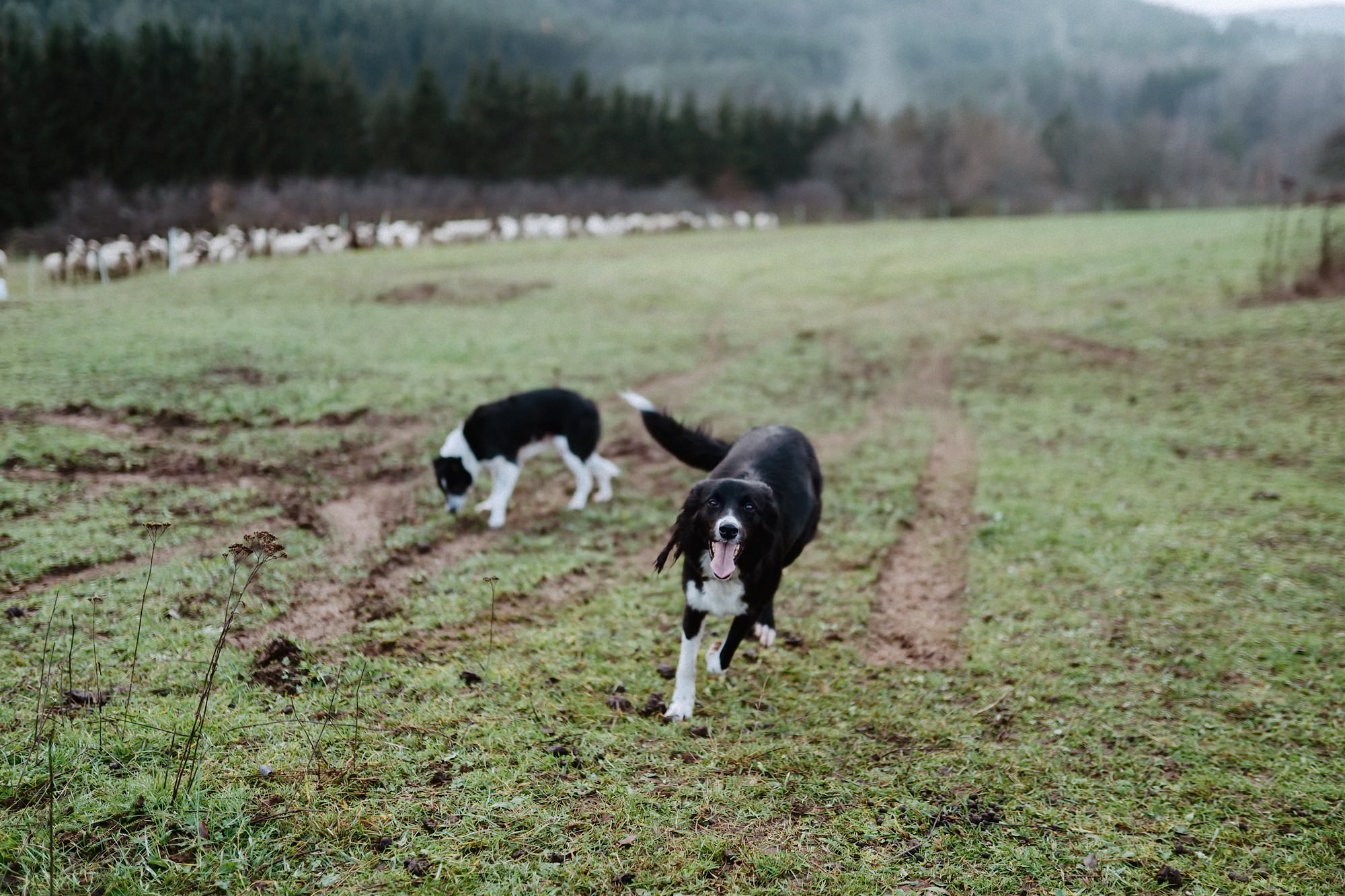 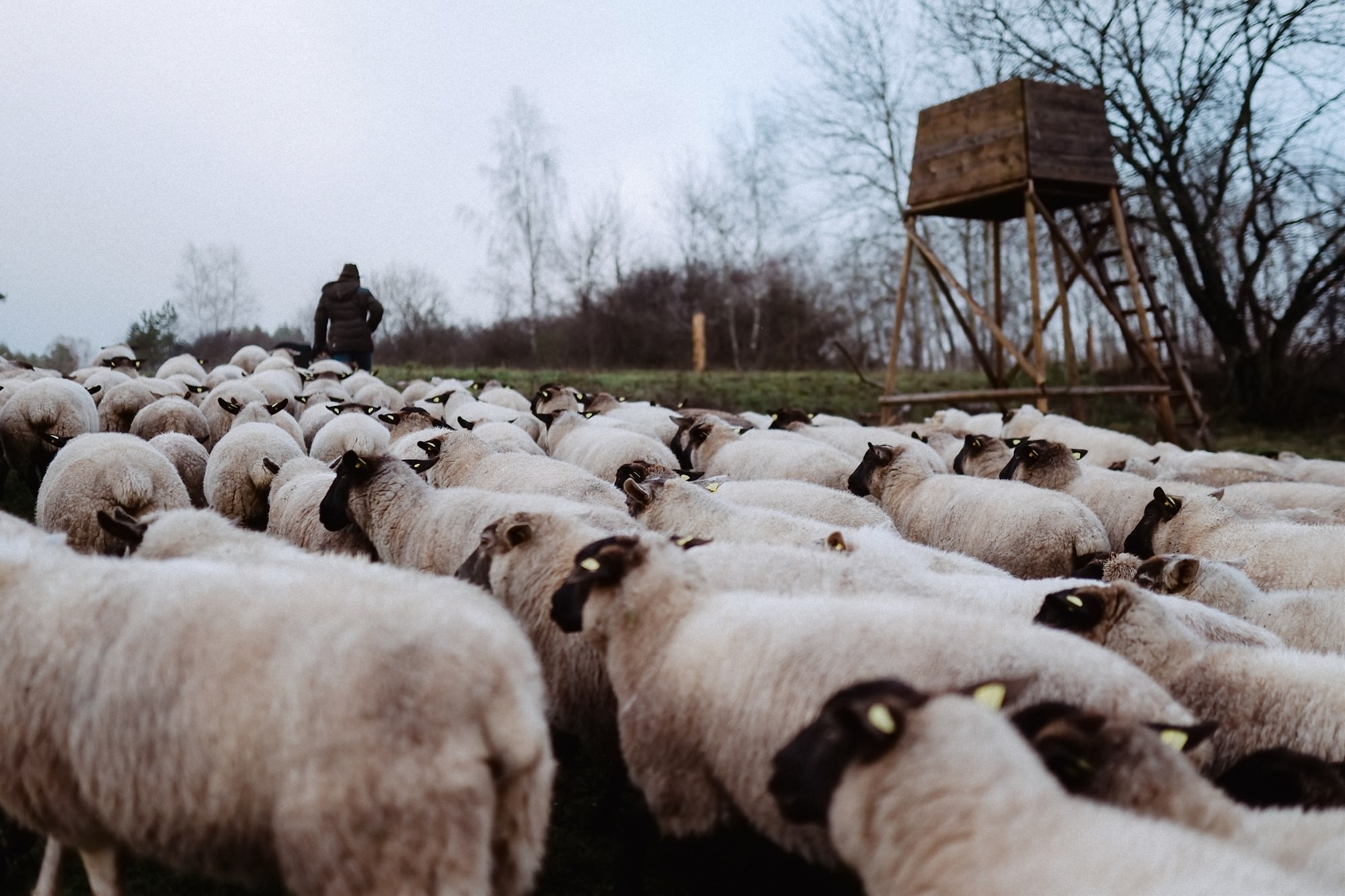 Anne is a straightforward person, sincere and honest. “I don’t like to talk a lot.” But she does say what needs to be said—even if this puts people’s backs up. A shepherd’s life has probably never been as idyllic as a peacefully grazing flock looks. However, the trade has become notably harder over the past years, Anne explains. “You need to grow a thick skin.” There are hardly any connected pastures left in the Palatinate Forest. “It happens, for example, that a meadow I used to tend with my flock for years, is suddenly given to horses and not accessible for me anymore.” It has become almost impossible to move around as her father used to. And it hardly pays off financially anymore.

“In winter, nurturing the sheep abundantly to make them nice and podgy is especially important.”

Anne calls her occupation “modern transhumant sheep-farming”: She is with her flock every day, but she usually moves only from one paddock to another. Like today. The meadow is grazed out after just one day and the herd has to move on. This is a sign of change as well: “The summers are becoming hotter. The meadows are getting burnt more often and they don’t manage to recover over winter time.” The consequence is that “a space that used to feed 500 animals, today hardly feeds 200 sheep.” And the shepherdess doesn’t think much of letting the sheep graze off the meadow down to the grass sod—“after all, our job is to tend the landscape.” So, an assistant already fences the next space a few hundred metres from here. Every day a new fence and a new pasture are needed. It is a tough, yet necessary job. “In winter, nurturing the sheep abundantly to make them nice and podgy is especially important.” In 2010, Anne’s flock comprised some 500 mother animals. Nowadays, she only has about 250. And she considers further reducing her flock. 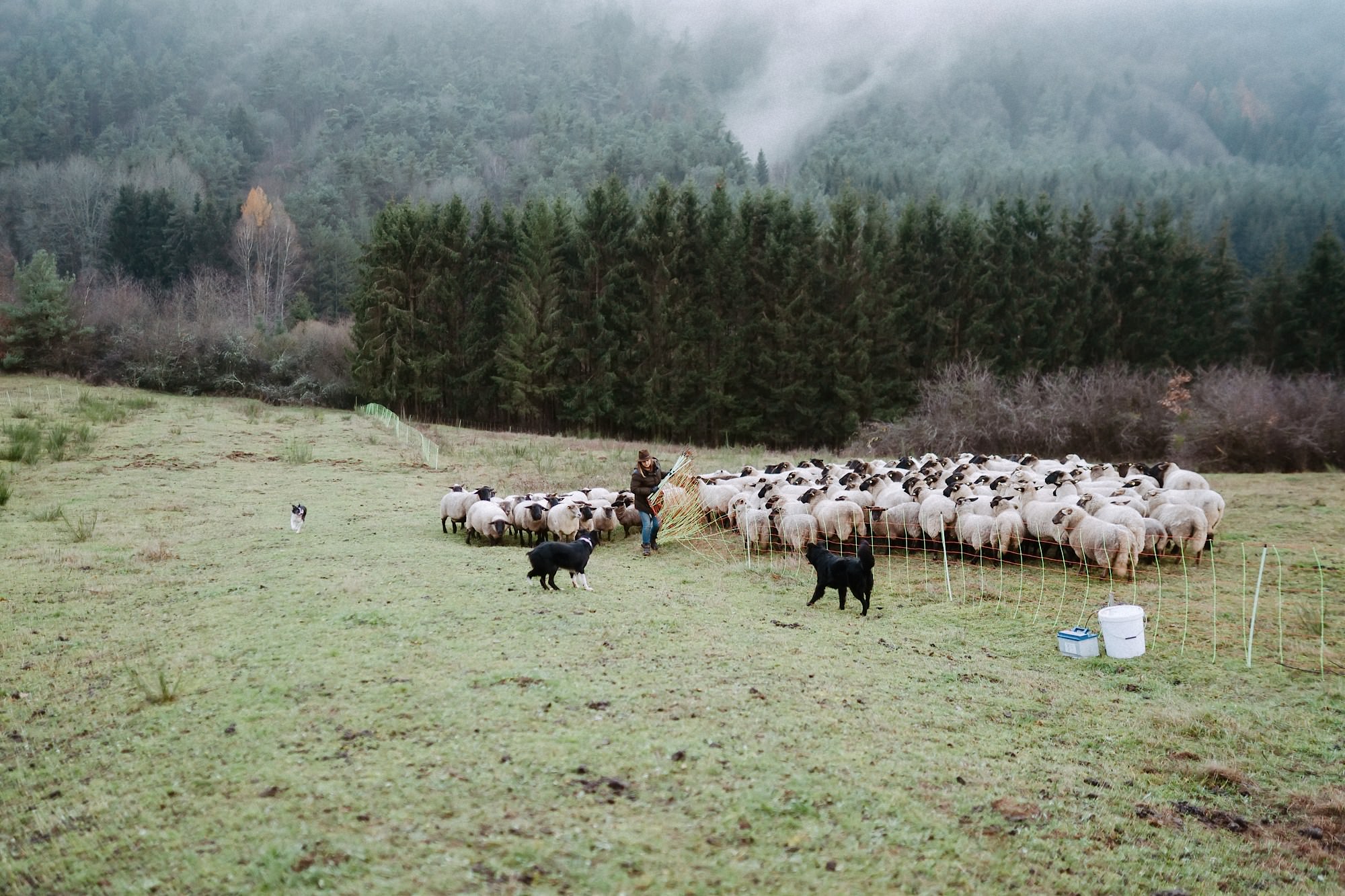 Every day a new fence and a new pasture are needed.

Anne shares this problem with shepherdesses across Germany. Many of them reduce their herd. Some give up entirely. Even though their benefit is undisputed: Sheep keep the landscape open; they keep meadows clear of weed and wild-bush overgrowth and fertilize them at the same time; sheep carry various seeds and even little insects in their fur and moving around like “seed taxis” they create a living biotope network with great biodiversity. 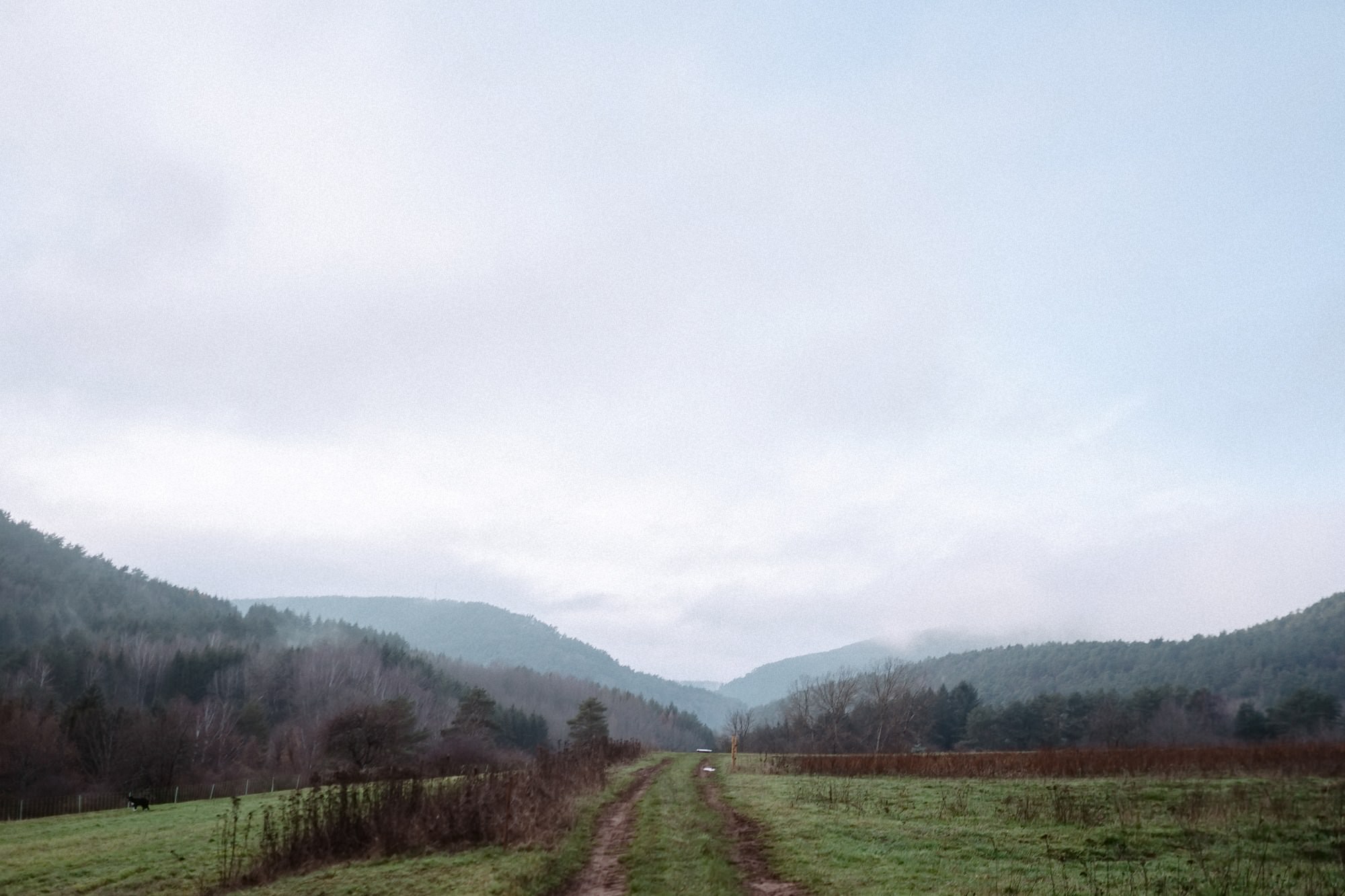 There is a large number of hiking trails in this varied region, which lead through gentle valleys and old forests and to bizarre rock formations.

At the Palatinate Forest North Vosges Biosphere Reserve authorities, they know about the importance of pastoralism and have therefore called the large-scale conservation project “Neue Hirtenwege im Pfälzerwald” (new pastoral paths in the Palatinate Forest) into being—with the support of the German Ministry for the Environment, the Rhineland-Palatinate state authorities and the Palatinate district authorities. “The Palatinate Forest landscape has developed over a period of centuries,” the project manager Helmut Schuler explains. “This environment typically shows an interplay of dense forests and open spaces. We need sheep herds to maintain this type of landscape and biodiversity.” And the sheep herds in turn need connected grazing grounds and need to be able to rely on their availability over the long term. 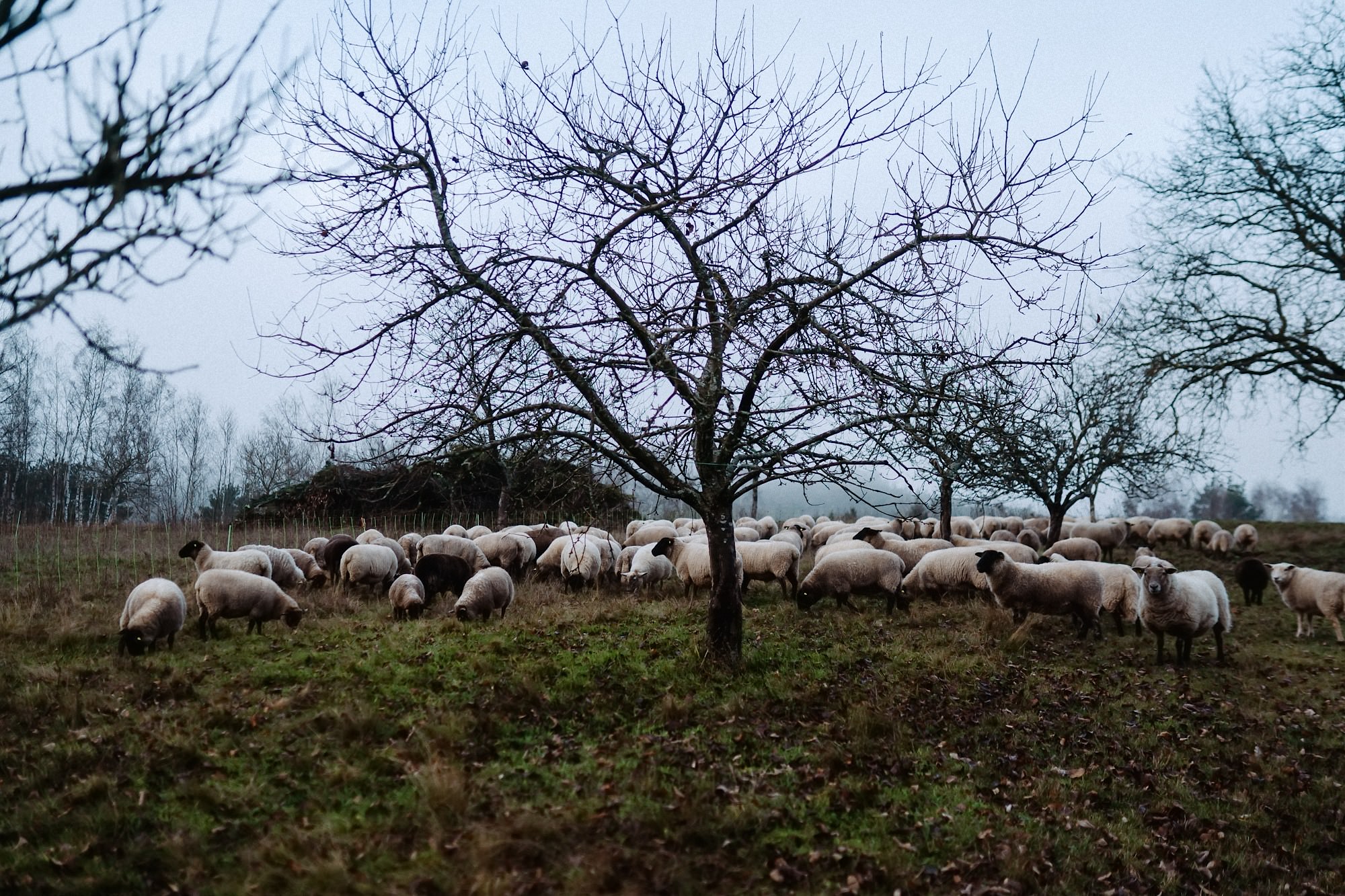 Stocktaking is the first step of the project: Types of biotopes are registered and observation grounds established. “We want to find out where exactly the spaces are needed,” says Helmut. This way, we can expand the habitat of a species of butterfly that has become rare, the Wiesenknopf-Ameisenbläuling, for example. The properties will be acquired or leased probably from 2023 on, so that the shepherds will know which spaces they can use reliably. In the meantime the focus has to be to consider and reconcile the various interests involved, such as hobby pet owners and the locals. This is not an easy thing to do, Helmut admits, and usually takes longer than expected. 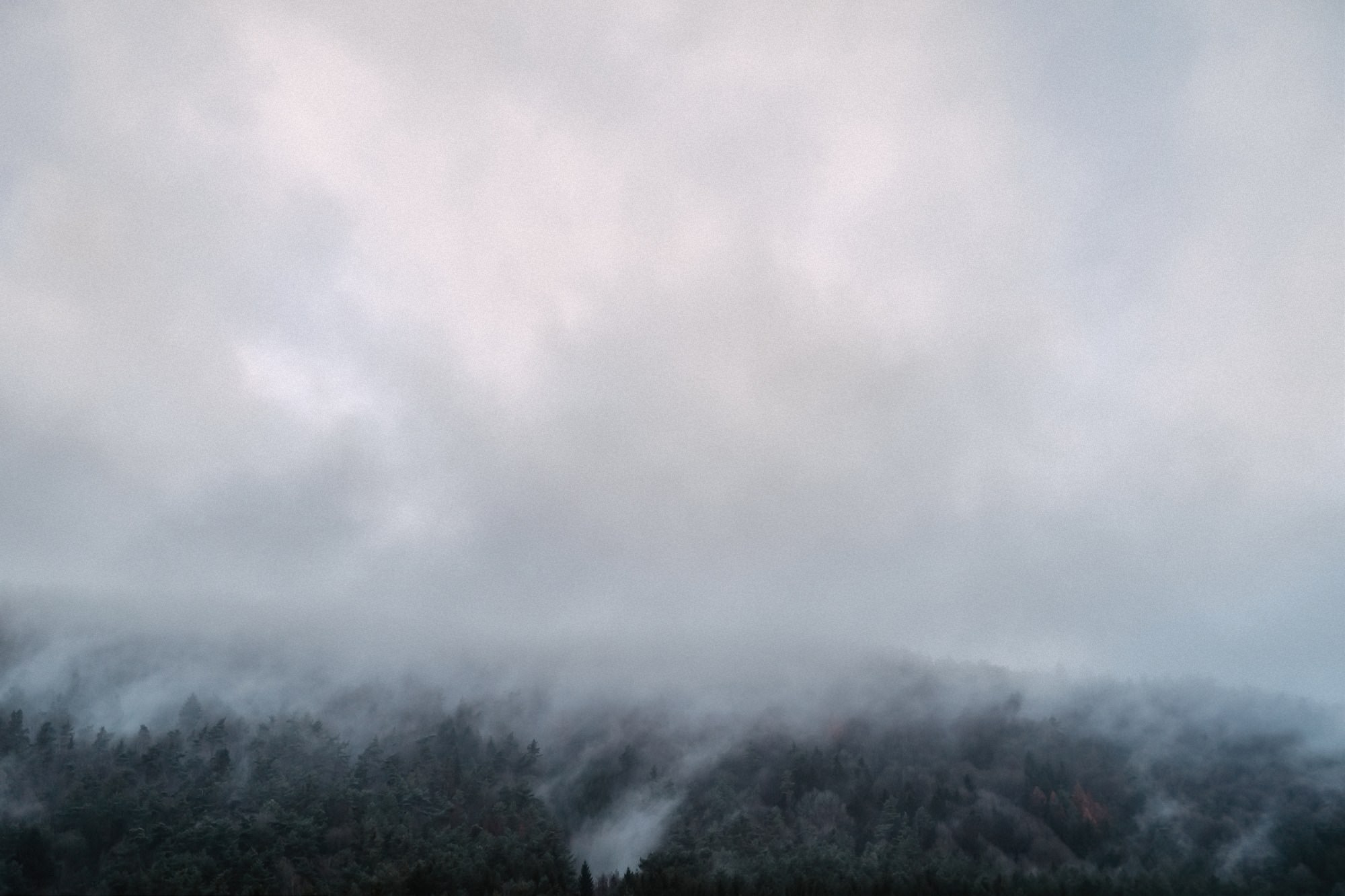 It has become dusk in the Palatinate Forest. At the wooded slopes, mist wafts its way into the valley. On the other side, only the Luger Geiersteine rocks tower through the clouds. There is a large number of hiking trails in this varied region, which lead through gentle valleys and old forests and to bizarre rock formations. Anne loves this landscape. It is her home region. “I am glad we are still allowed here,” she says. After a little excursion to the nearby meadow orchard and having had an apple snack or two, the sheep are due to take up their night quarter. Anne whistles three times and the dogs race off immediately and gather up all animals, which, a few minutes later, all graze on the paddock. 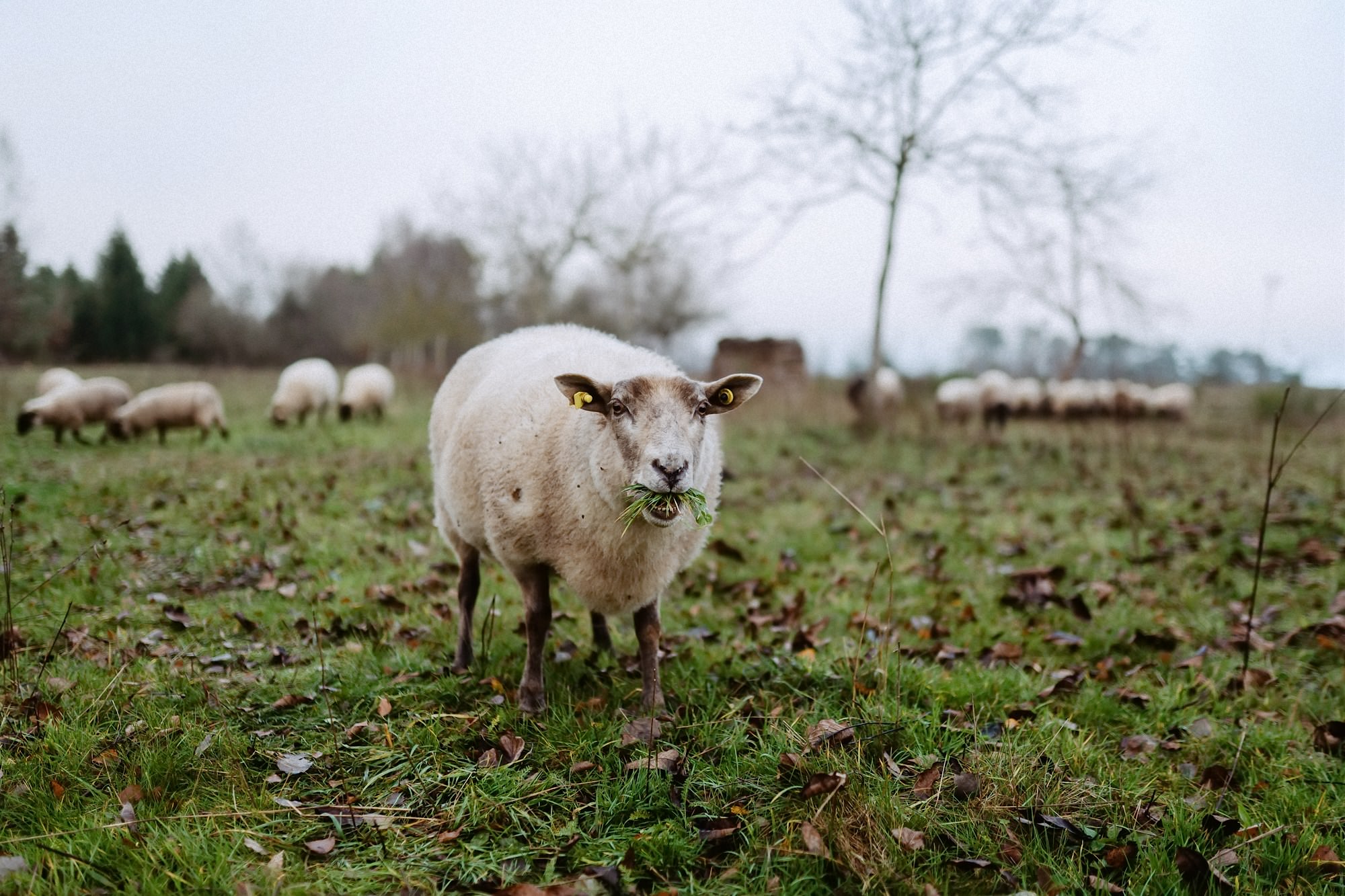 Always hungry: The meadow is grazed out after just one day and the herd has to move on.

Anne would love to spend more time with her sheep. They hardly leave her side as soon as she appears. Particularly the lead animal, a large English Suffolk, often stands firmly in the way and persistently demands attention and a little stroke or two. “They are sheep—and want to be tended.” Anne, however, already has to rely on alternative pillars. She tends a herd of Galloway cattle and manages several other projects to get by. 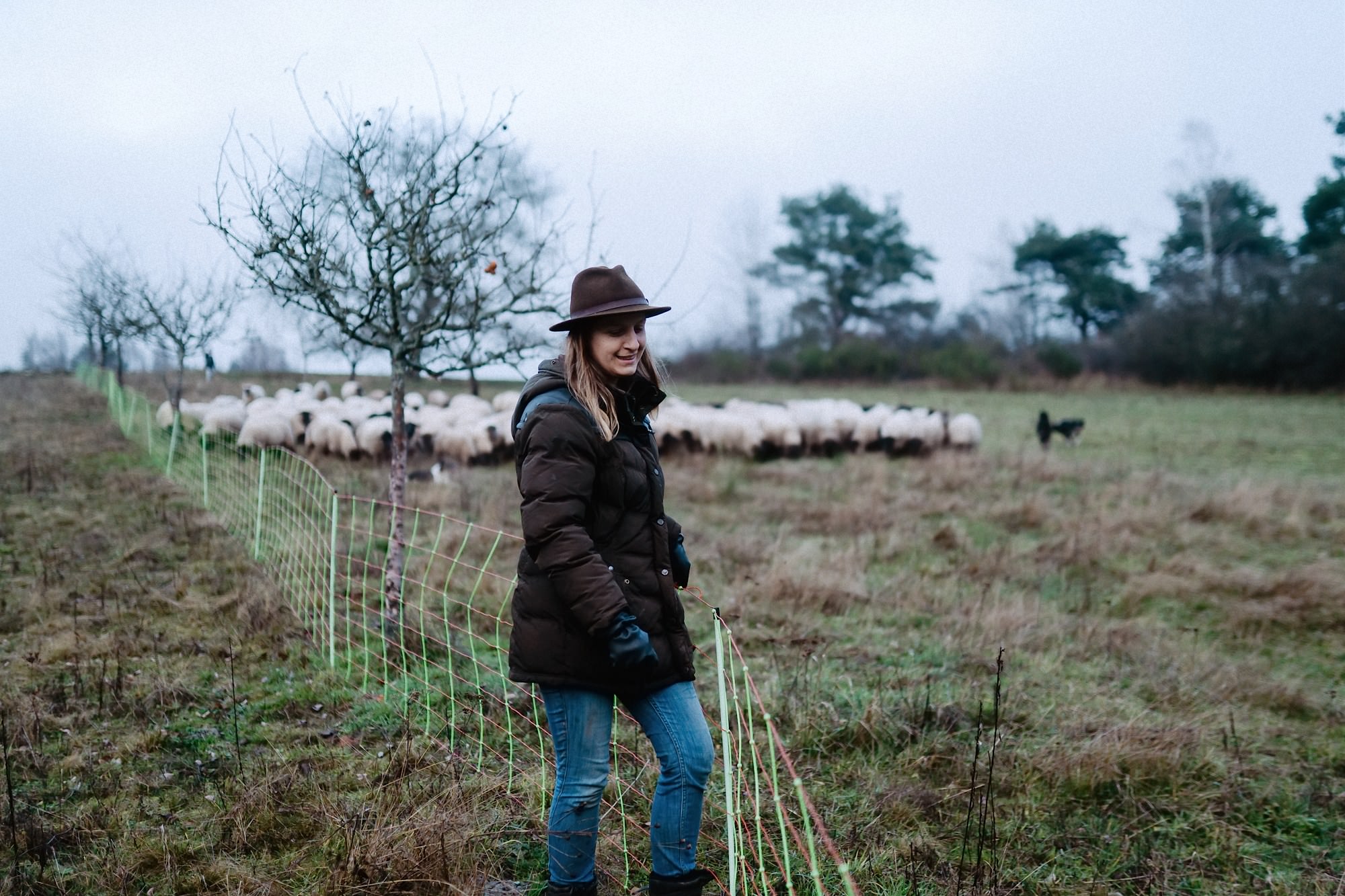 The shepherdess supports the “pastoral paths” project and regularly shows people her work on pastoral workdays. However, she has a hard time hiding her impatience. “It wears me down, when I don’t know where I can bring my flock the next day for a too long time.” She’d like to have the security of knowing that her occupation has an actual future. She can’t imagine life without the sheep. “This scent of wool fat is a must,” she smiles, the scent of her childhood. 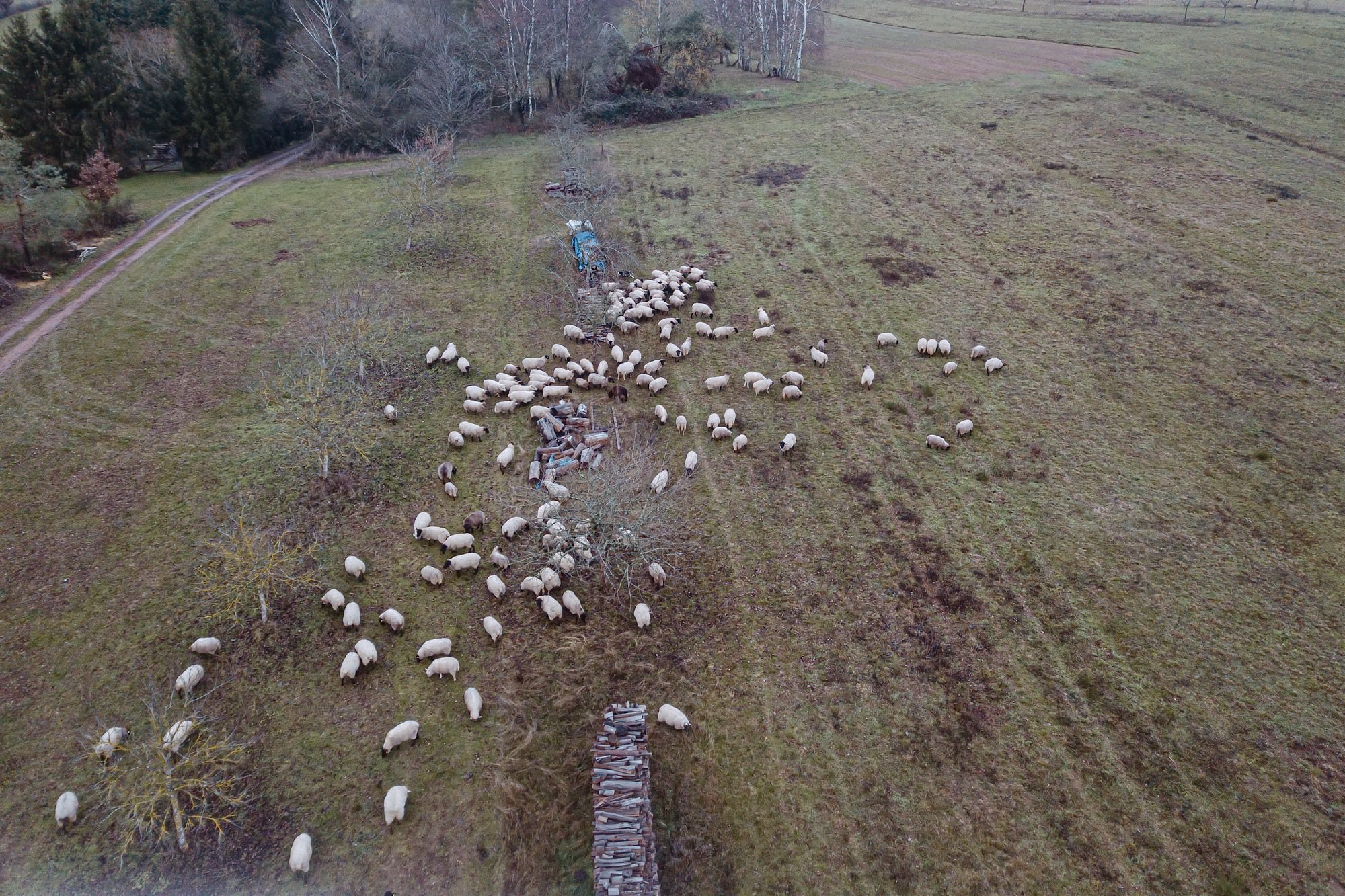 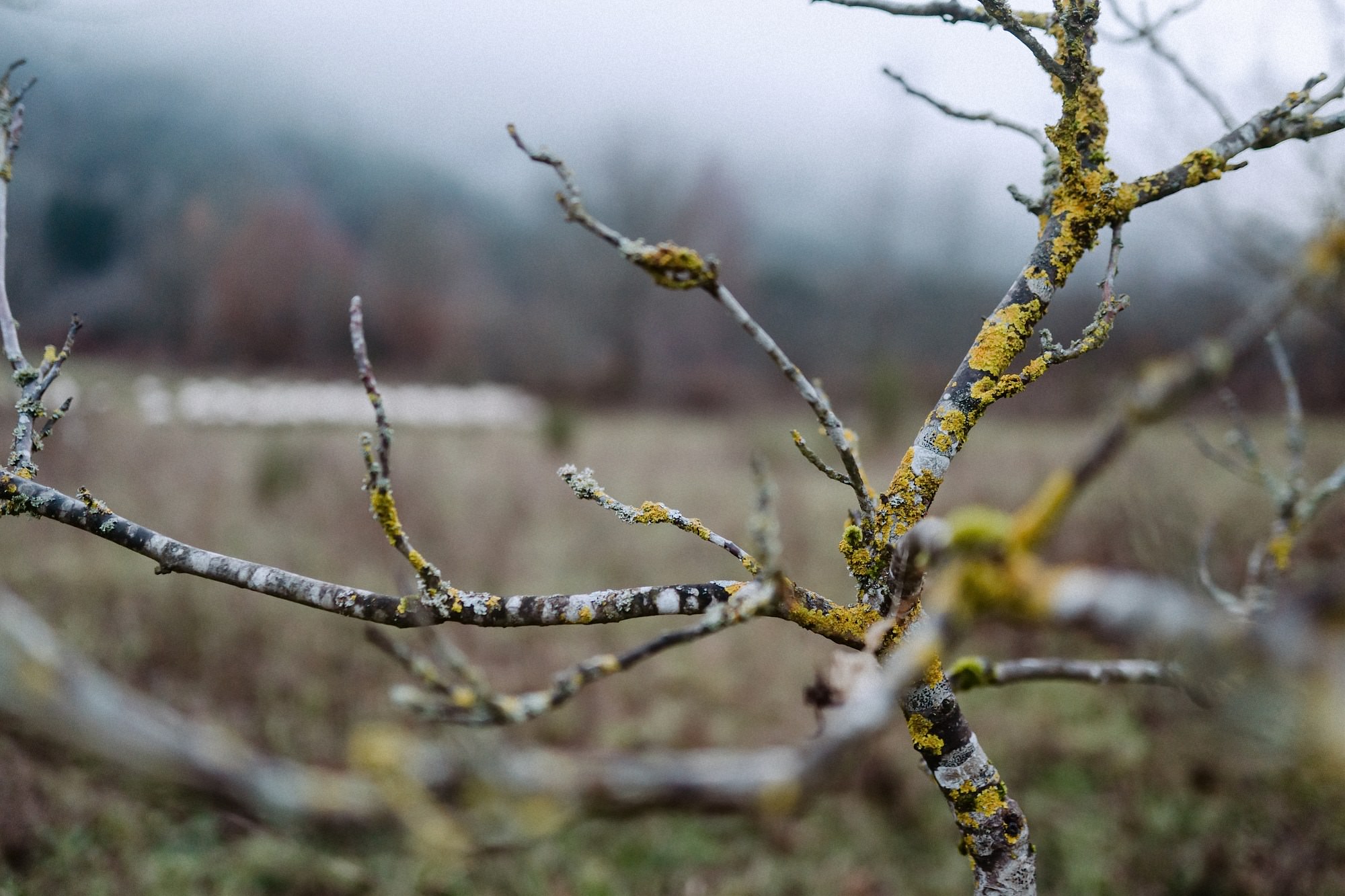 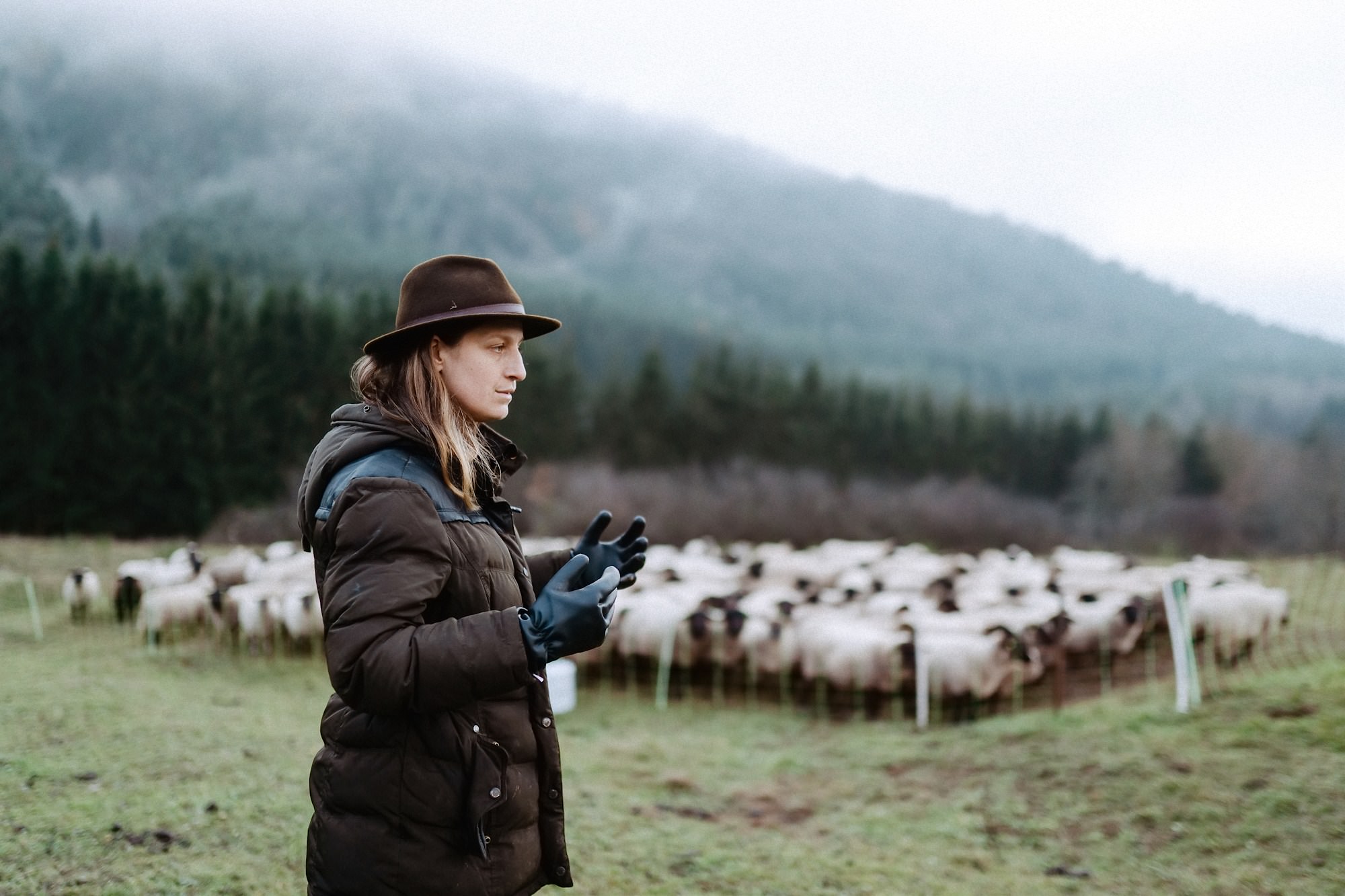 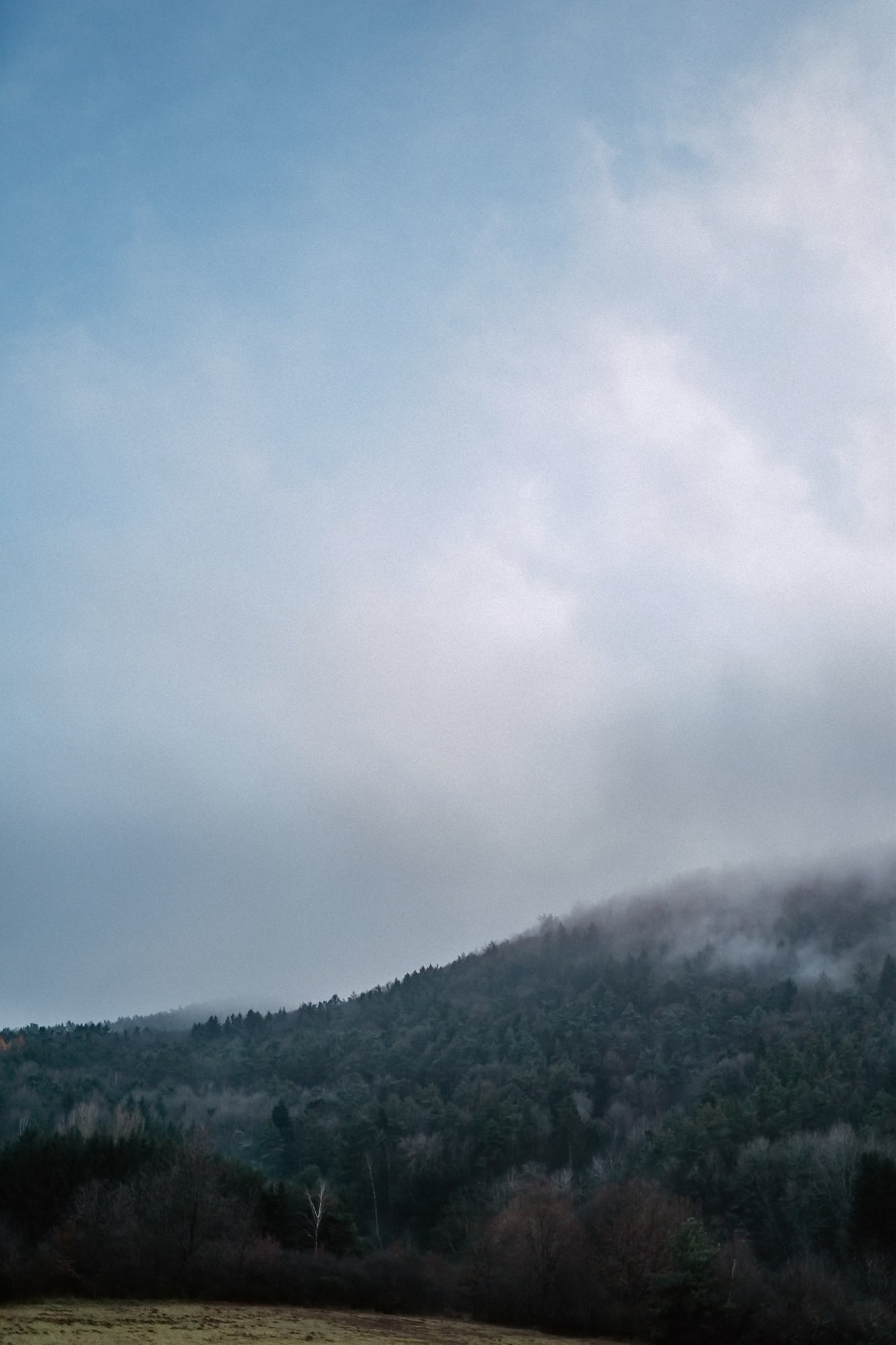 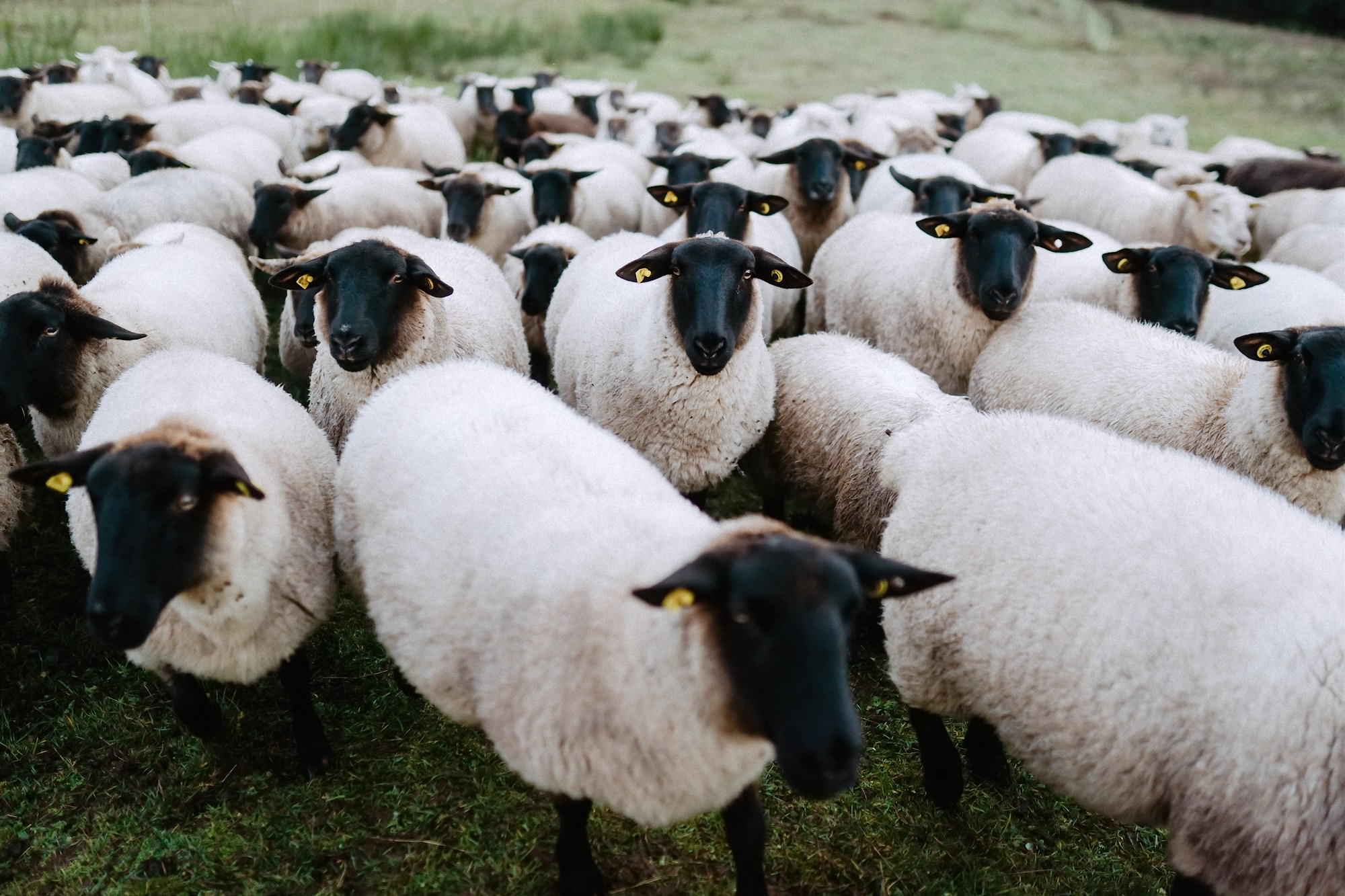 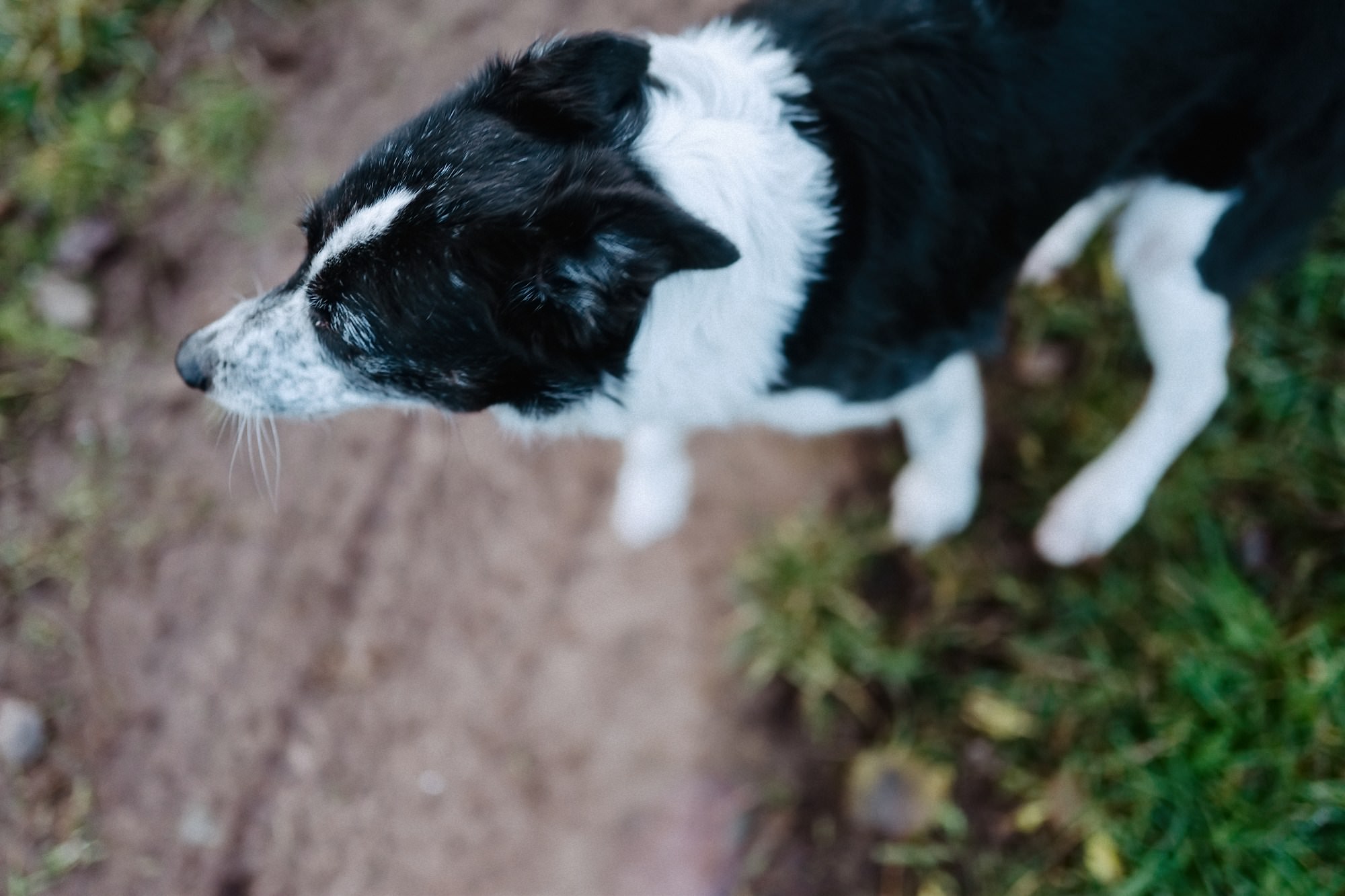 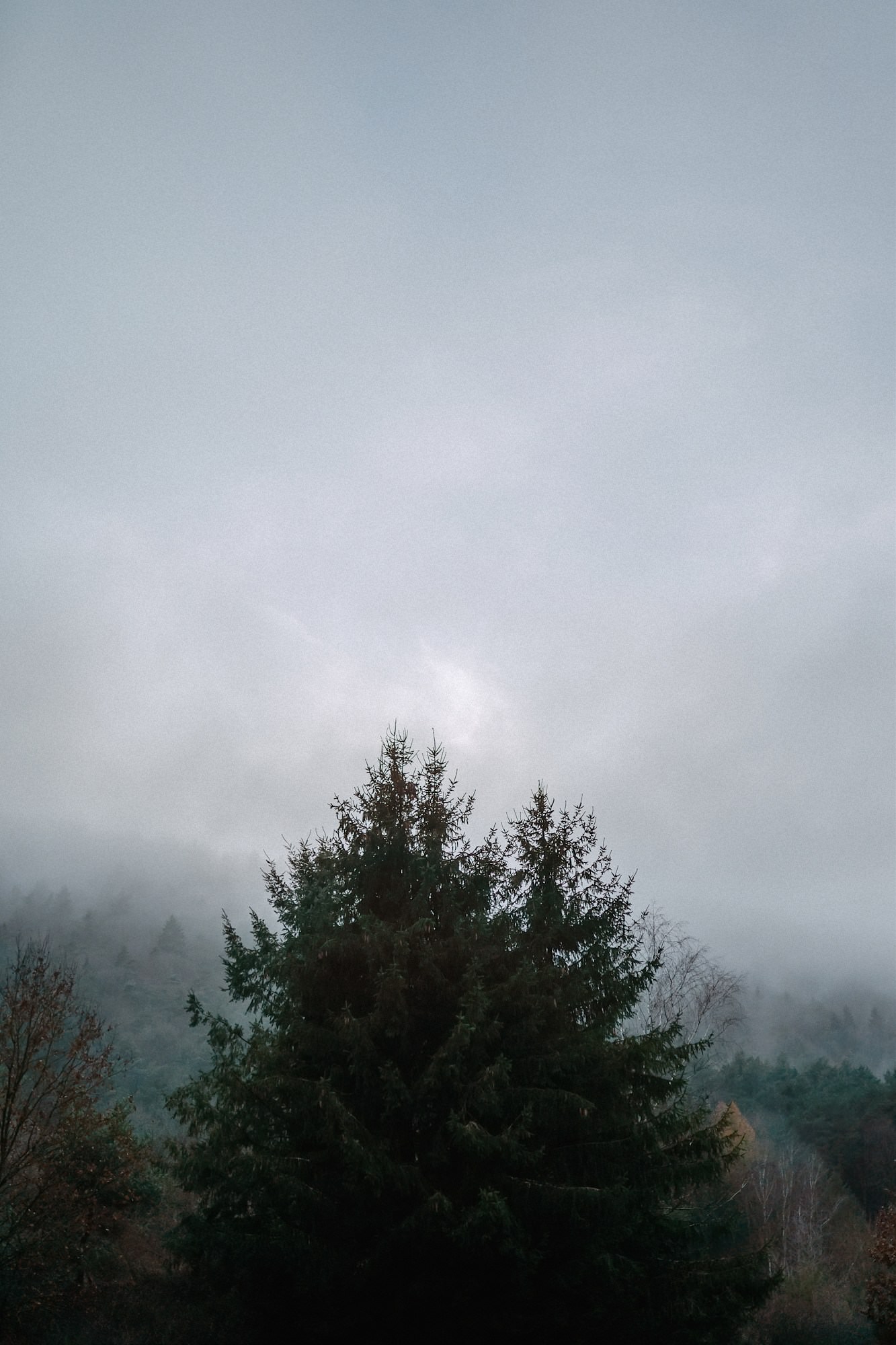 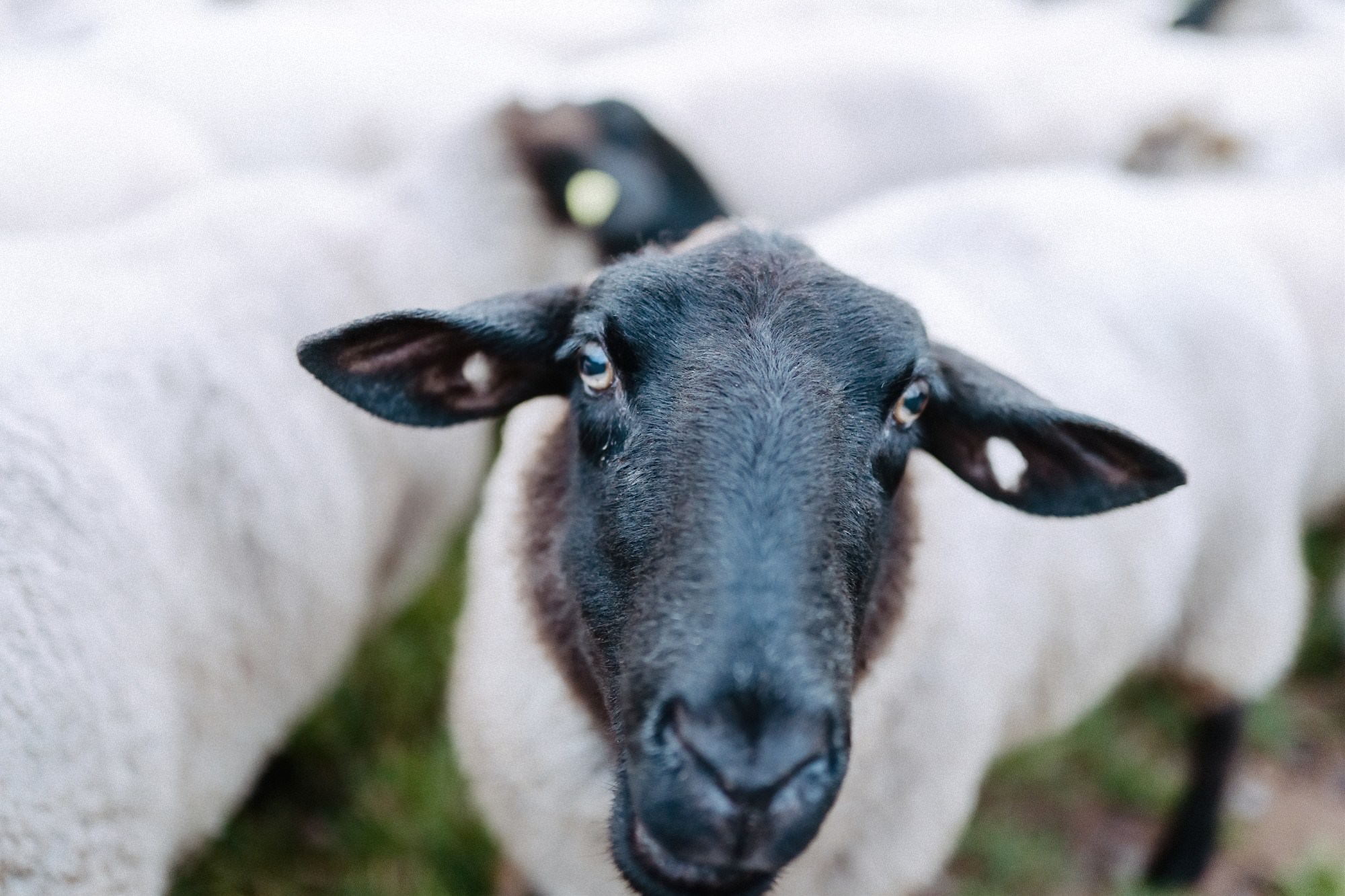