Discover a wellness clinic located idyllically in Gleisweiler in the southern Palatinate—as enchanted as the one in ‘The Magic Mountain’ by Thomas Mann. From here it is not far to Germany’s only forest shower. Learn about an unusual piece of the history of medicine in the Palatinate.

She was always the first. “Every morning she took a bath with obvious enthusiasm to take away the fear of the cold water that timid patients had,” says a sign about the “courageous bath woman” of Gleisweiler. The photo of a shower head found in the ground and of a ladle hangs right next to the forest shower, which is located somewhat hidden in the Hainbachtal valley. Or rather: in the Hainbach brook. The unusual structure in the middle of the forest is fed by spring water at a temperature of eleven degrees Celsius.

For a long time, Germany’s only remaining forest shower had been forgotten—until mushroom pickers discovered a 70-metre-long water supply channel in the ground between Gleisweiler and Frankenweiler in the summer of 1990. But what exactly were these red sandstones peeking out of the ground? “The forest shower had long been forgotten,” recalls Wolfgang Guth, who had just moved to Gleisweiler at the time. He heard about the curiosity in the forest for the first time from his neighbour. Bit by bit, residents of the village and the mayor Josef Götz discovered the secret of the stone slabs. They founded a support association for the reconstruction of the former forest shower. The result of their efforts is that the natural shower is now installed in the forest again as if it had been there all the time. Cool stream water burbles along in a channel and finally rushes into a basin where you can shower, take a wave bath or tread water. It is now listed as one of the cultural monuments of Rhineland-Palatinate.

Wolfgang Guth is the chairman of the forest shower association, which is also committed to protecting species in the Palatinate Forest. Members of the association have put up nesting boxes and look after them permanently. And they keep the brook and a particular part of it, a fish ladder, free of sand and rock fragments. Young children romp around the burbling water on this hot morning. They squeal with pleasure as they hold their hands in the ice-cold jet of water. Wolfgang looks at the scene and smiles. He will come back in the evening with tools, because he has just noticed that a railing is wobbling and he wants to screw it back into place. He was a master mechanical engineer and this helps a lot. The pensioner knows the construction of the shower and the course of the brook very well. 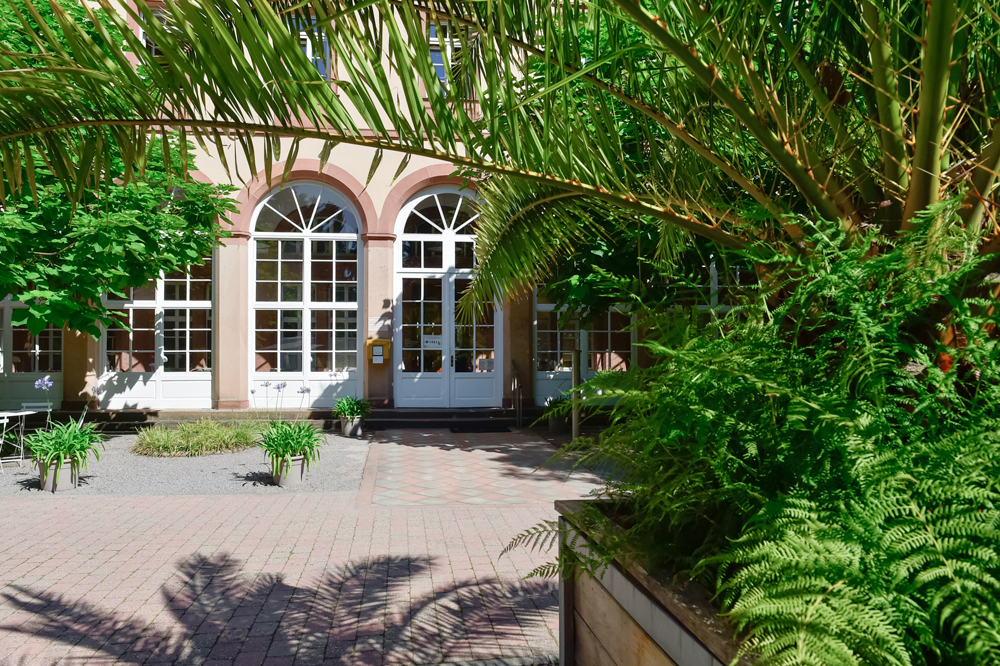 As enchanted as the one in ‘The Magic Mountain’ by Thomas Mann: 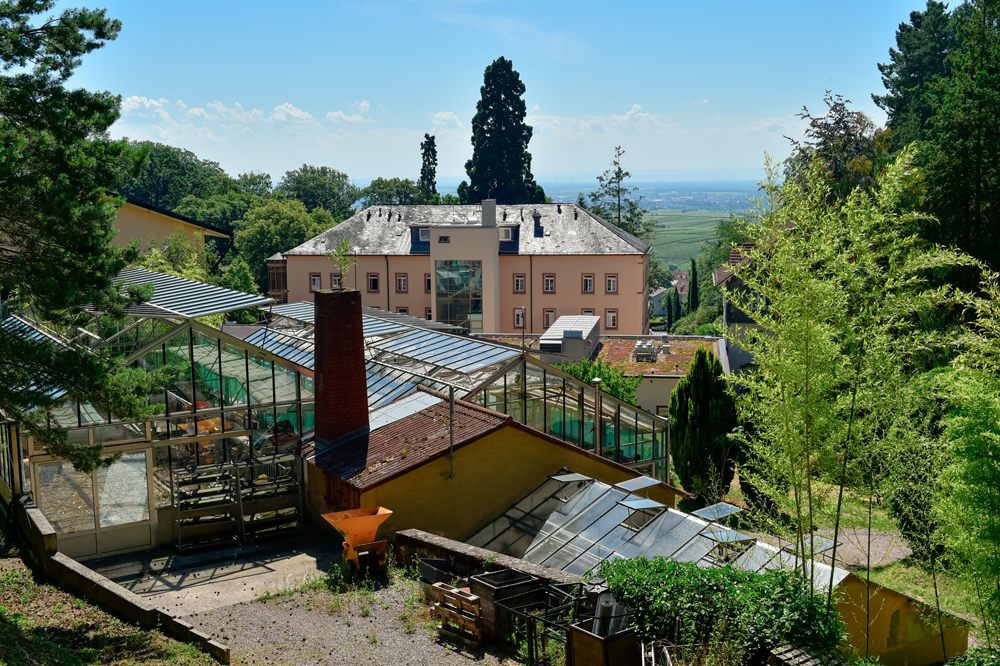 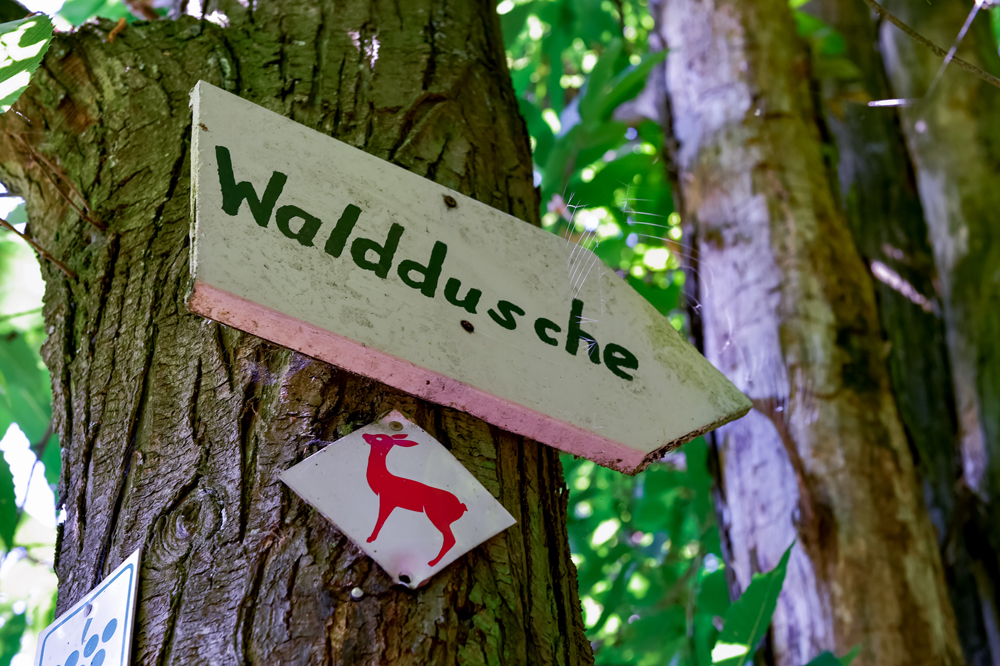 From here it is not far to Germany’s only forest shower. 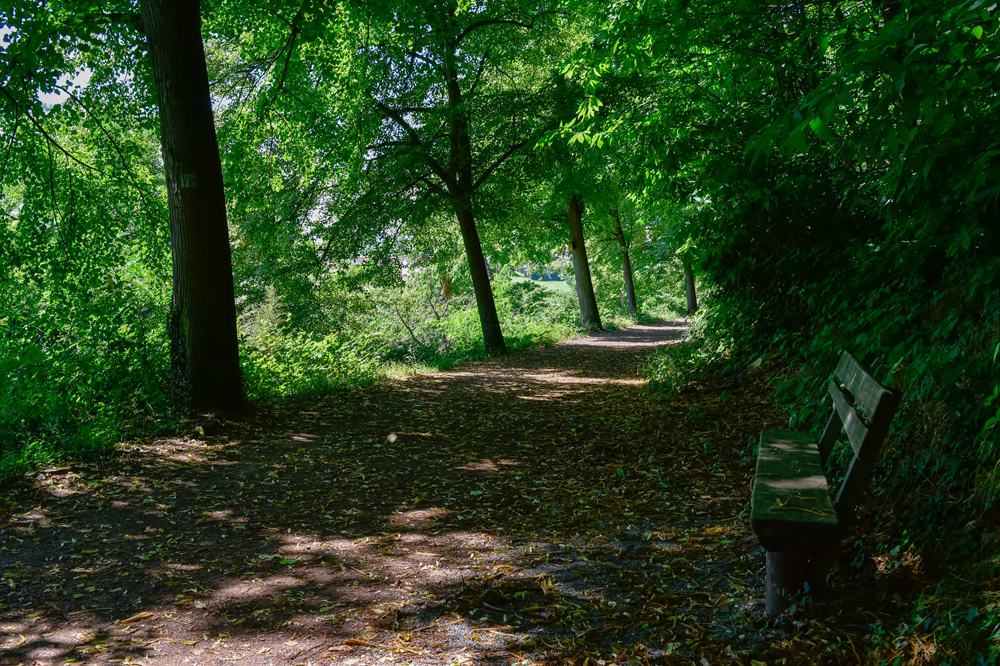 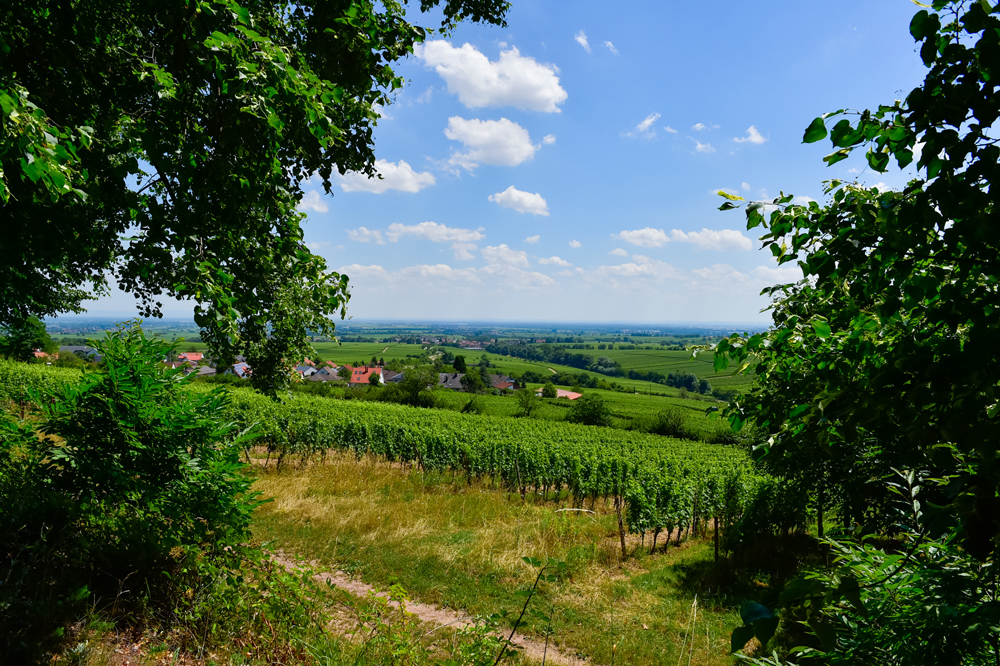 with magnificent views over the Rhine Rift Valley. 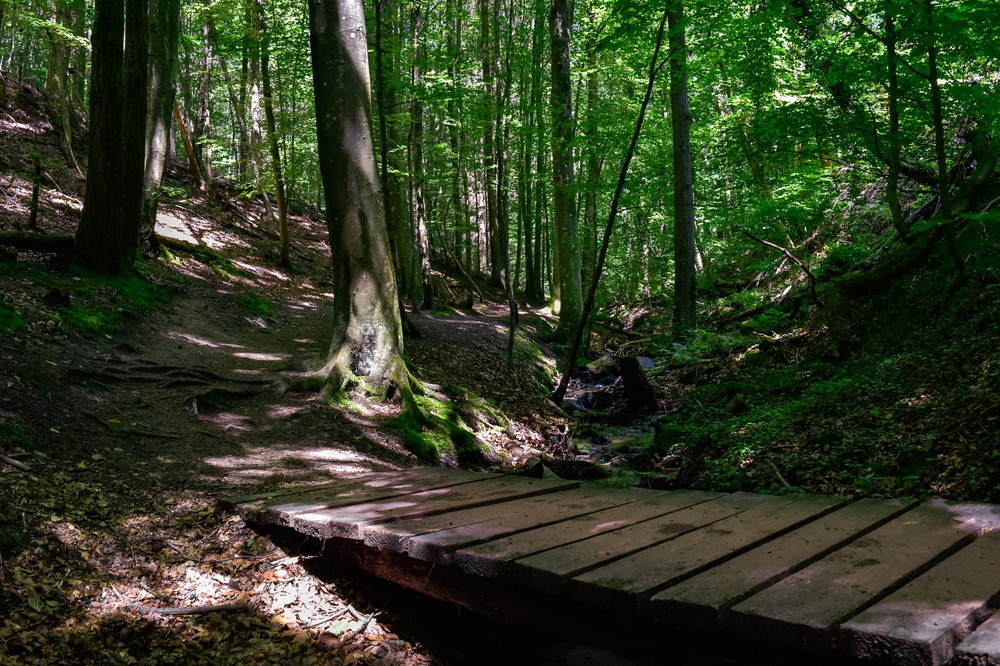 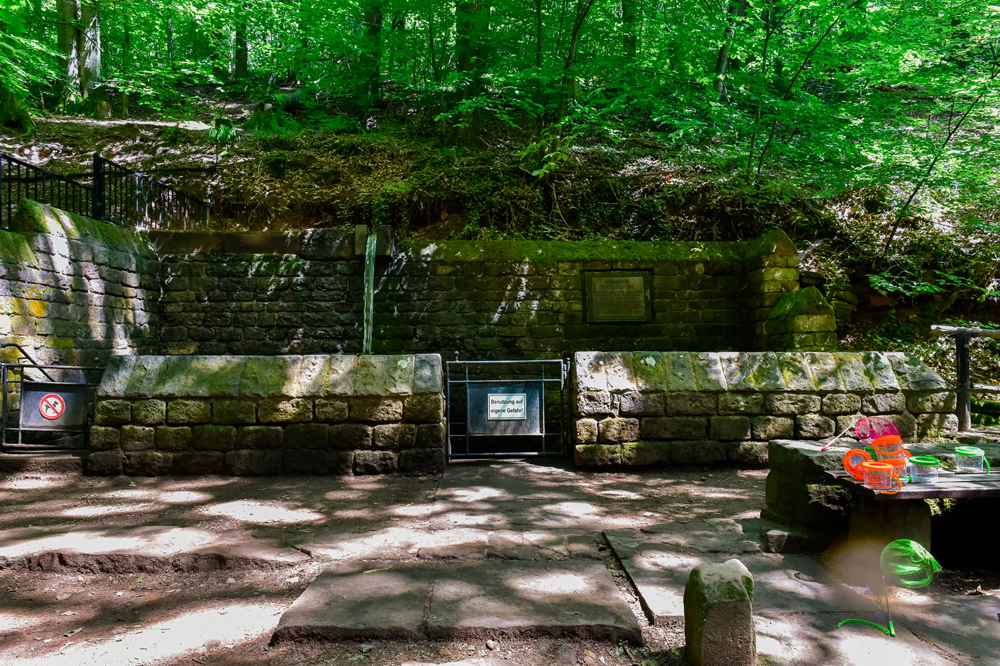 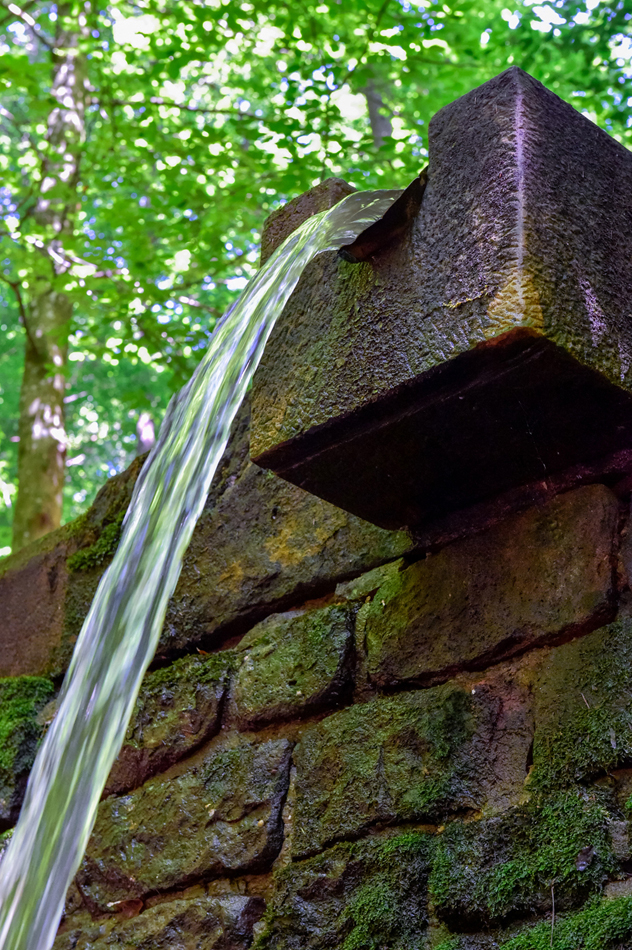 However, it took the members of the association a while to work out what the forest shower used to look like. There were no construction plans. What is certain, though, is that Dr Ludwig Schneider commissioned the construction of the shower as an addition to the nearby “cold-water, whey and grape sanatorium” in 1848. His sanatorium was a place of “treatment of all kinds of chronic illnesses.” Local writer August Becker wrote in 1857 just how “it was a happy thought of Dr Schneider from Landau to move his magnificent water sanatorium to this small, half-basin shaped plateau, which is protectively enclosed by a beautifully wooded mountain, so that no harsh breeze dares to disturb the special mildness of the climate here.” The writer was particularly impressed by the main building designed by Bavarian court architect Leo von Klenze: “The tasteful building rises stately from the dark green background. An open colonnade and two projecting wings with terraces give it a castle-like appearance.”

The tasteful building rises stately from the dark green background. An open colonnade and two projecting wings with terraces give it a castle-like appearance.

This has not changed to this day. You feel like on a journey through time, back to the 19th century, as soon as you enter the ten-hectare grounds of the Bad Gleisweiler private clinic with all its cypresses, the sun temple high above the Rhine Rift Valley, sequoia trees, cacti, rhododendrons, fig and peach trees. (Since the Covid era, however, access to the grounds has been reserved for patients.) Dieter von Bomhard, director of the clinic, takes care that many things here still convey the wonderful charm of a bygone century. “My family has been connected to this place for six generations,” says the trained merchant. Today, his private clinic specialises in mentally ill patients. It admits about 100 patients at a time, has its own outpatient department and about 150 employees.

Dieter von Bomhard also manages an extraordinary botanical garden, a diverse collection of trees and shrubs. And recently even peacocks have been living on the grounds. Ludwig Schneider had the park laid out in an extremely expert manner with the help of people that were in contact with the Paris botanical gardens and the Frankfurt Palmengarten.

Shortly after the opening, Crown Prince Maximilian II Joseph of Bavaria visited Gleisweiler. His father, King Ludwig I, allegedly used room no. 55 as a love nest with the dancer Lola Montez. Some years later, the Queen of Württemberg and the composer Felix Mendelssohn Bartholdy came for a visit.

The entrance area introduces you to how the former health business was operated: A glass cabinet displays surgical instruments, old photos and other things. August Becker wrote: “In the main building are the highly functional and elegant bath tubs for full baths as well as showers of various kinds, facilities for whirlpool sit baths and shower baths, two eye showers, a steam bath, a steam shower and facilities for herbal, pine needle, salt, sulphur and steel baths.” Portraits of Ludwig Schneider and his wife sit enthroned above a pretty Biedermeier sofa and a memorial in the park is dedicated to the couple as well.

From here it is a 20-minute walk to the shower in the forest. Patients once took a carriage to get to it—along Lindenallee avenue with its magnificent view over the Rhine Rift Valley. However, Dr Schneider himself “recommended walking back to warm the body up again through exercise.” Wolfgang Guth explains: “We assume that a roof once covered the shower and that there was an actual bathing hut there.” But just why did Dr Schneider send his patients under ice-cold water? “Well, it keeps you healthy,” says the association chairman and smiles. Countless hikers share this opinion and stop here, especially in the summer. It is very busy here between May and August. That’s why the forest shower association has built a changing cubicle—just to be on the safe side. The sign next to it says: “Cold-water activities support the generation of heat, resistance to the cold as well as the stimulation of the body’s own defences.”

In the middle of the 19th century, farmer and “natural healer” Vincenz Prießnitz had developed cold-water treatment programmes, which he applied in his own sanatorium in Gräfenberg, now part of the Czech Republic. Ludwig Schneider travelled there in November 1846 and later published his “Prießnitz Report” in the “Heidelberger Medizinische Annalen” archives. You can find this report on the homepage of the forest shower. A short time later, Ludwig commissioned his own shower and incorporated the treatments he had learnt about into his own therapy programmes: From then on, twelve-degree cold water rushed down like “a torrent” on the ladies and gentlemen “from a height of 8 to 15 feet” —for as many as two to six minutes. And the “courageous bath woman” of Gleisweiler, like a guardian, always kept an eye on them. 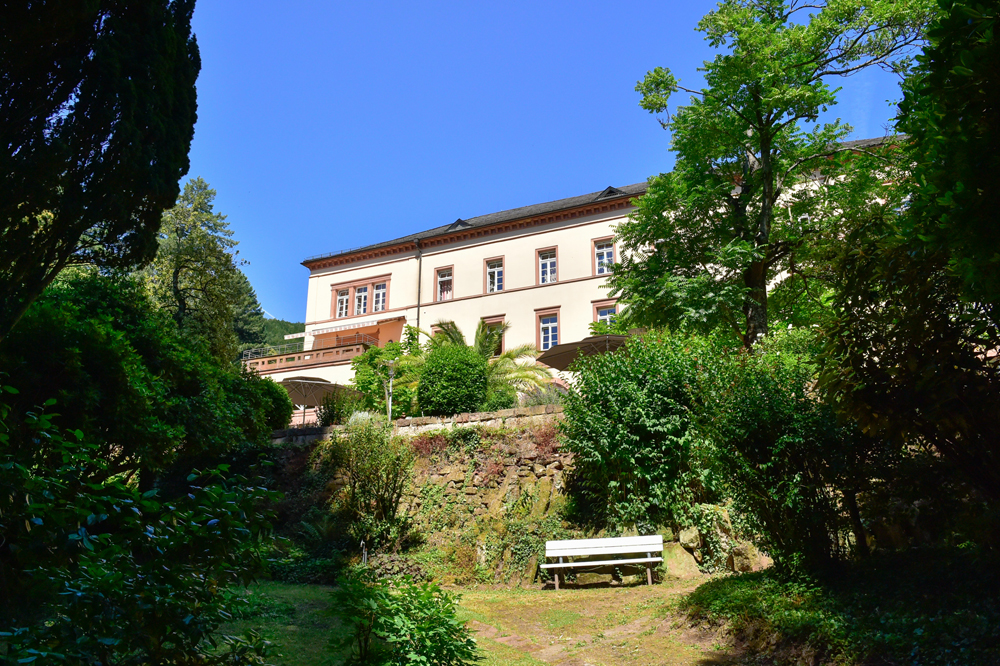 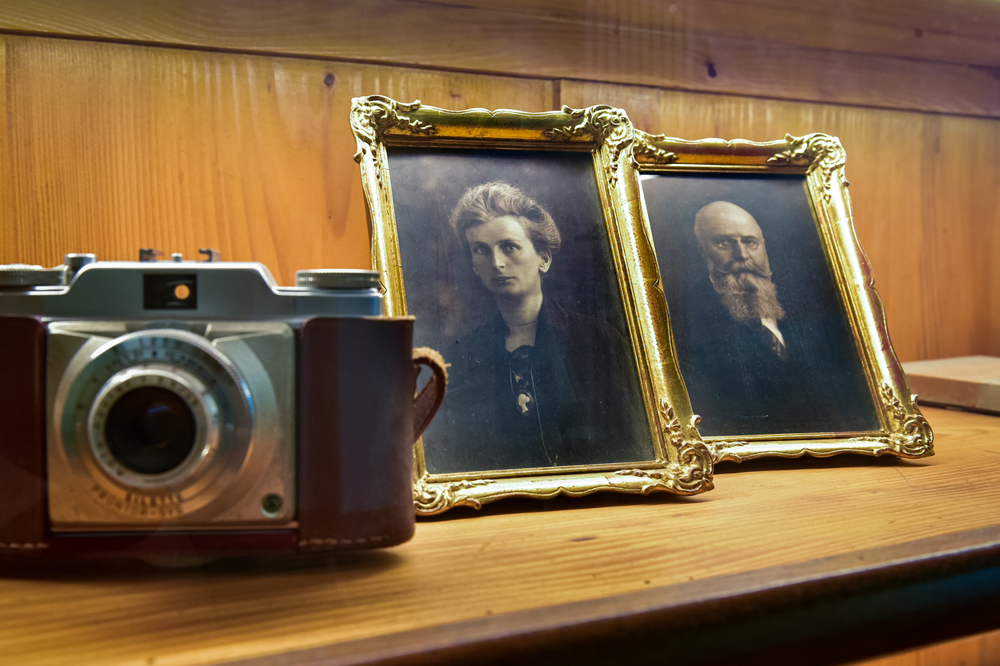 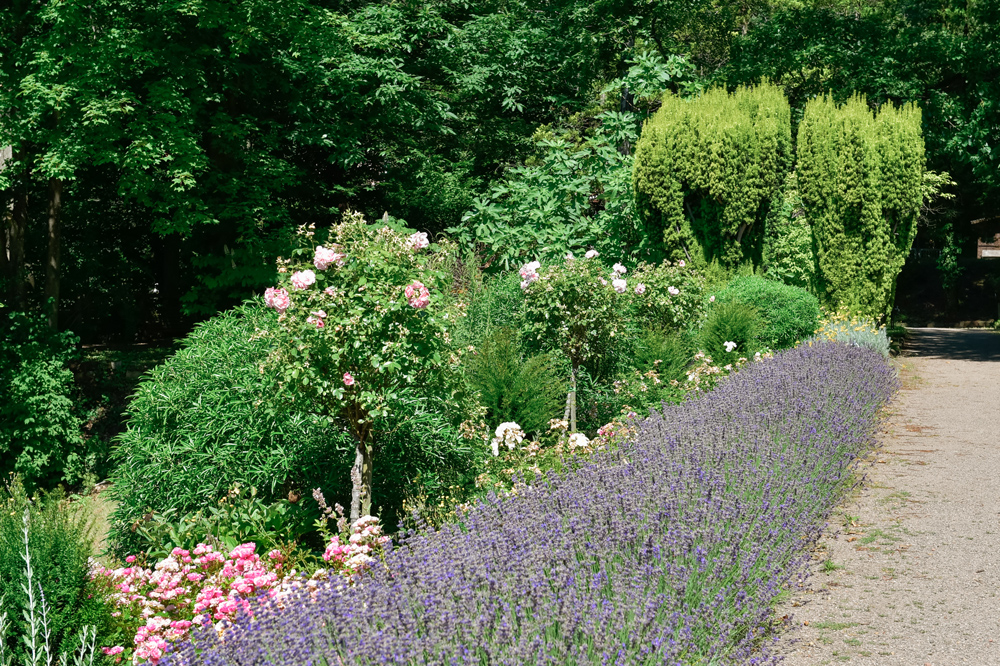 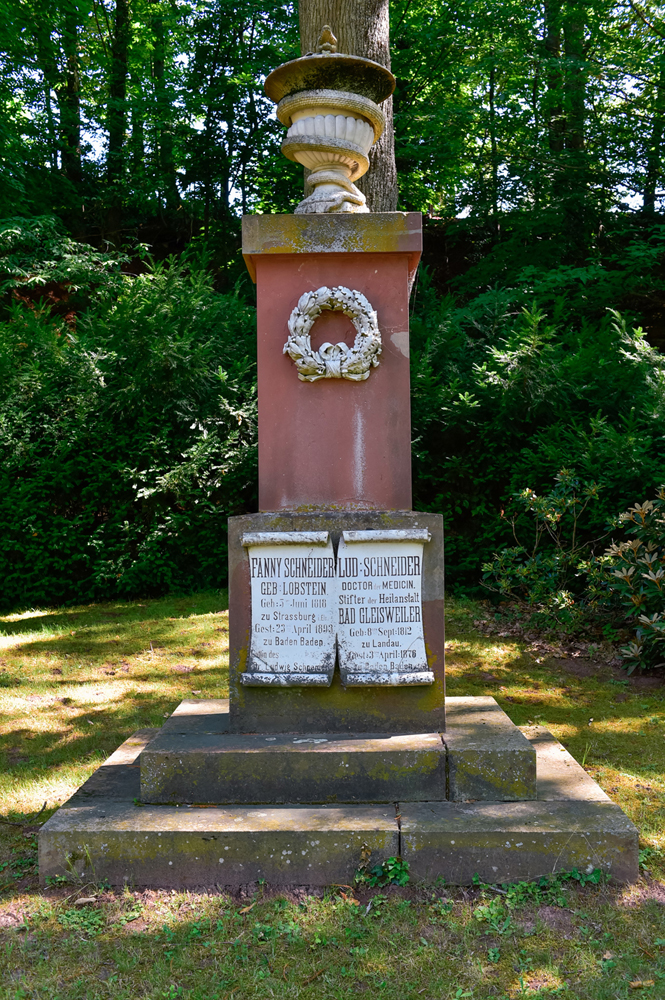 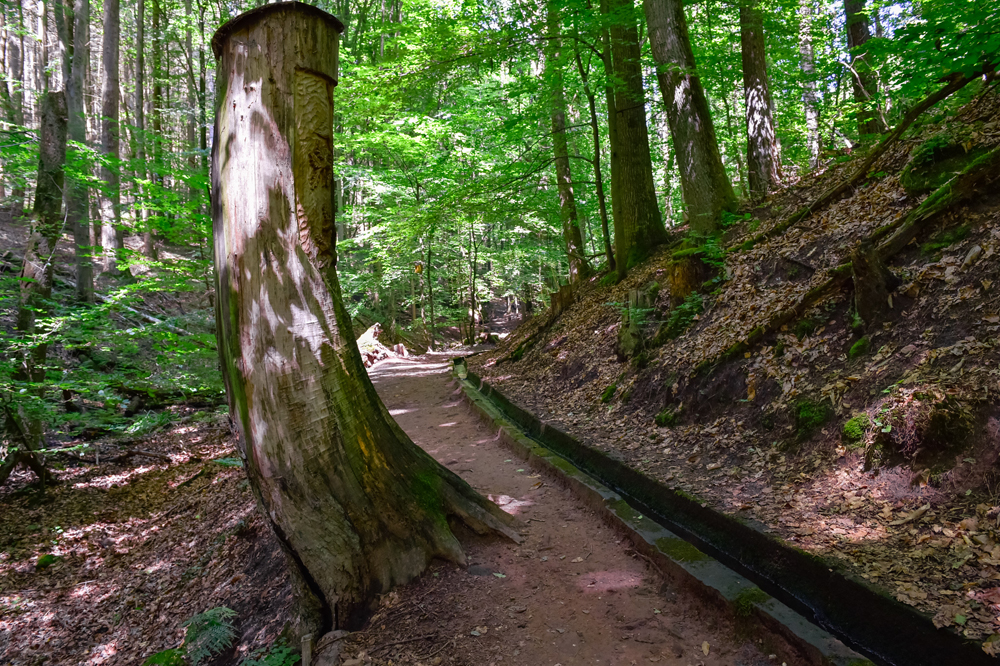 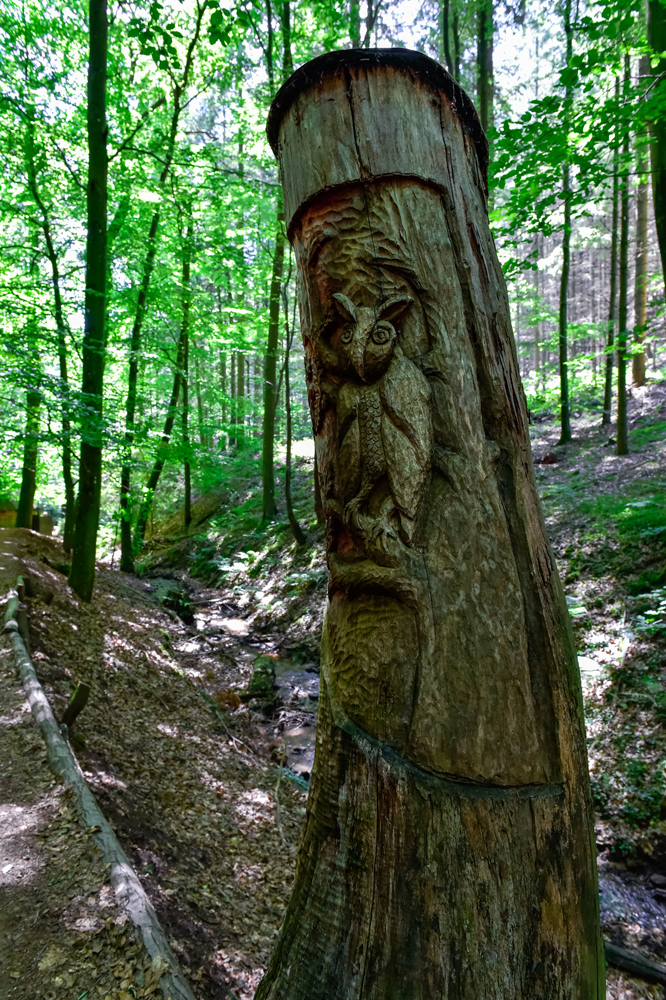 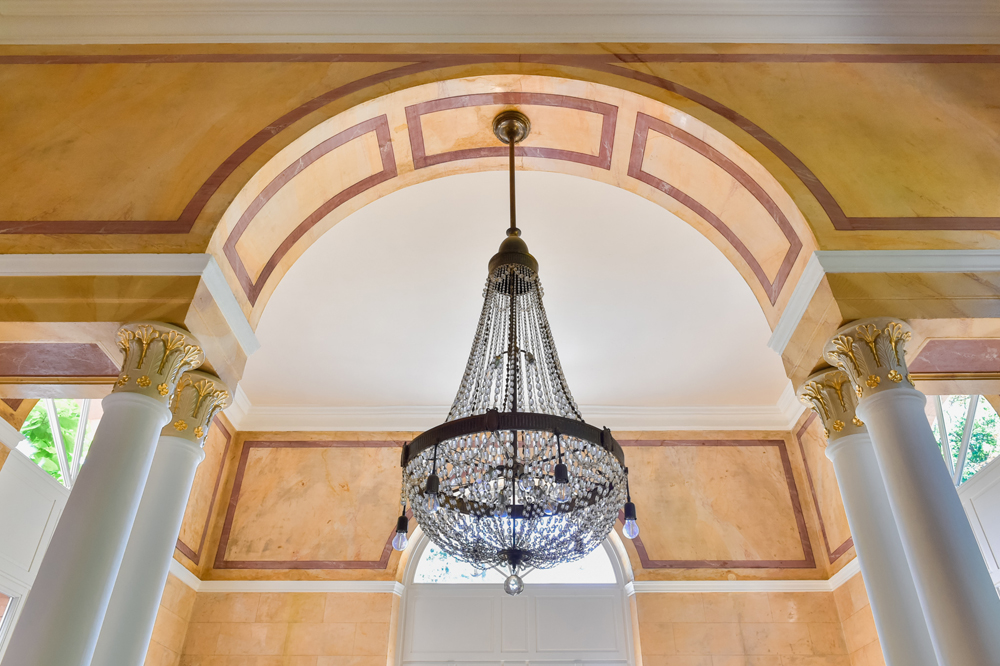 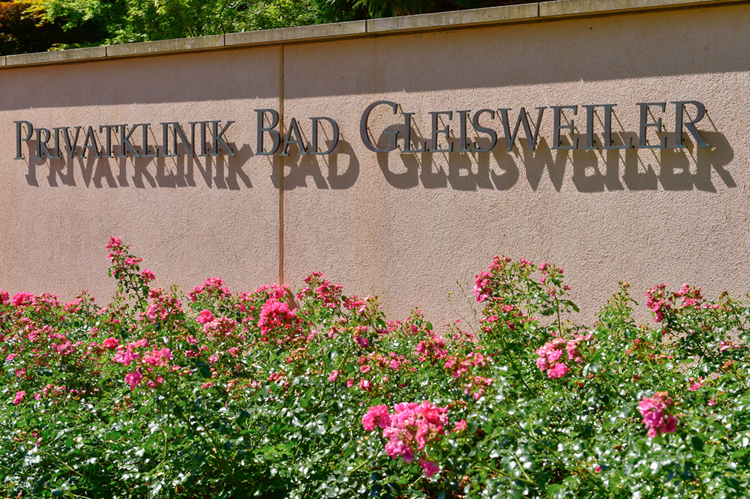