Sundials display the time as time progresses throughout the day in a most beautiful way. In the Hessian town of Birkenau, there are over 200 of such noiseless time measuring devices—an unparalleled number of sundials like no other German village.

You can easily overlook them. They do their duty inconspicuously and quietly. Driving along Hauptstraße in Birkenau, the first sundial you may notice is that on house number 101 at the major crossroads. It is perfectly circular and has a golden sun at its heart. Its rays are chiselled into the wall of the building. Around it, there is an azure blue ribbon with zodiac signs on it. The writing below in old-style font says: “God created time. He never said anything about haste,” which is meant to be a reminder as much as an invitation. 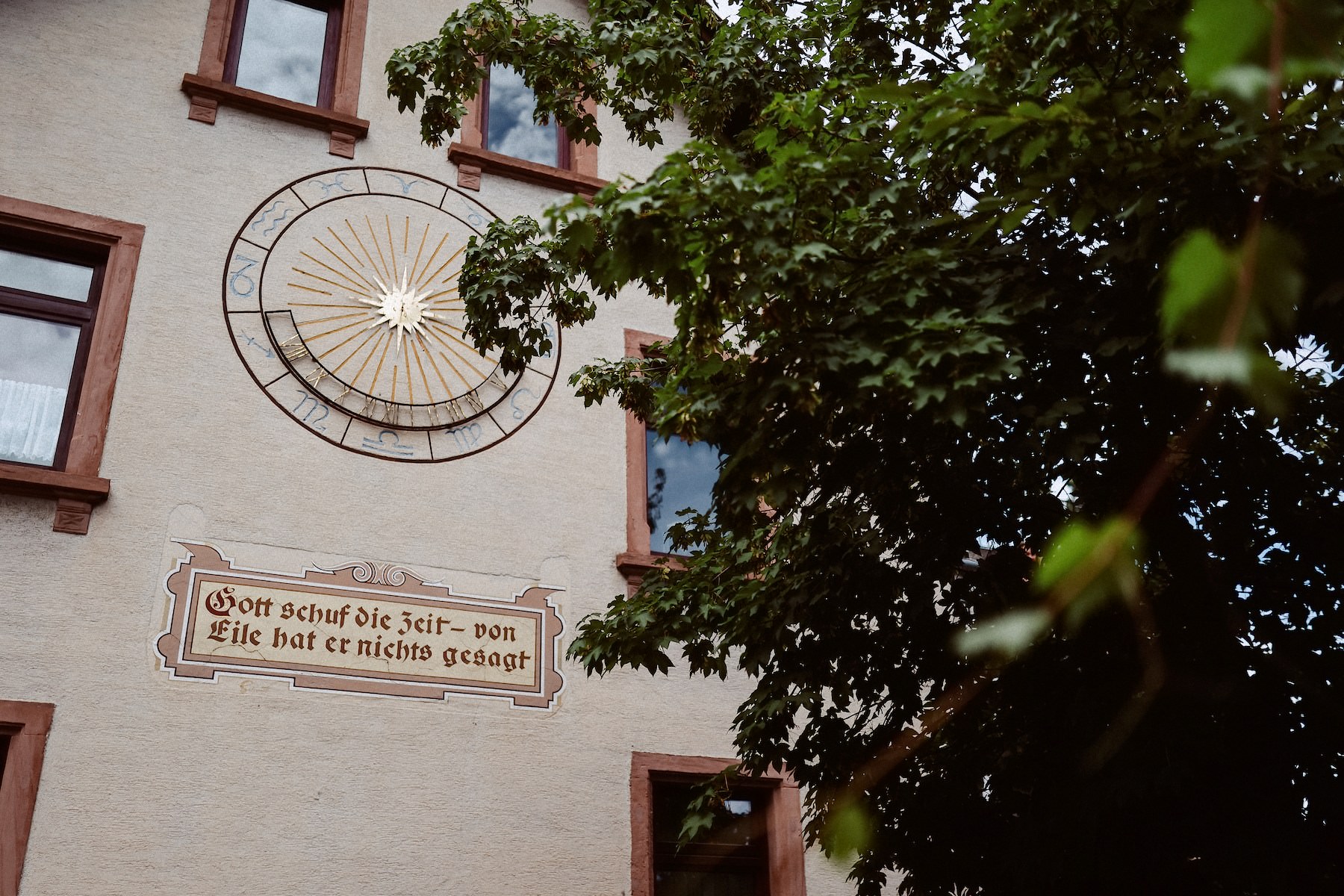 It is an invitation to exit the town’s hectic through-traffic and take time to immerse into Birkenau’s streets and alleys and discover them everywhere: sundials all throughout the place—in parks and gardens, on transformer stations and natural stones, and, above all, on the walls of buildings. A couple of hundred, 205 to be exact. This is at least the number of sundials that Monika Lübker has on her list for this afternoon. “Actually, there were many more of them,” says the chair of the local sundial club. Many old specimens were removed, when houses were renovated and insulated, the paint grew pale or new owners simply didn’t want them in their gardens. Despite of these losses, Birkenau has been brightened up by an increasing number of sundials, year after year. Only Bremen is said to have more sundials than Birkenau—never mind the fact that Bremen’s population is much larger by a few hundred thousands of inhabitants. 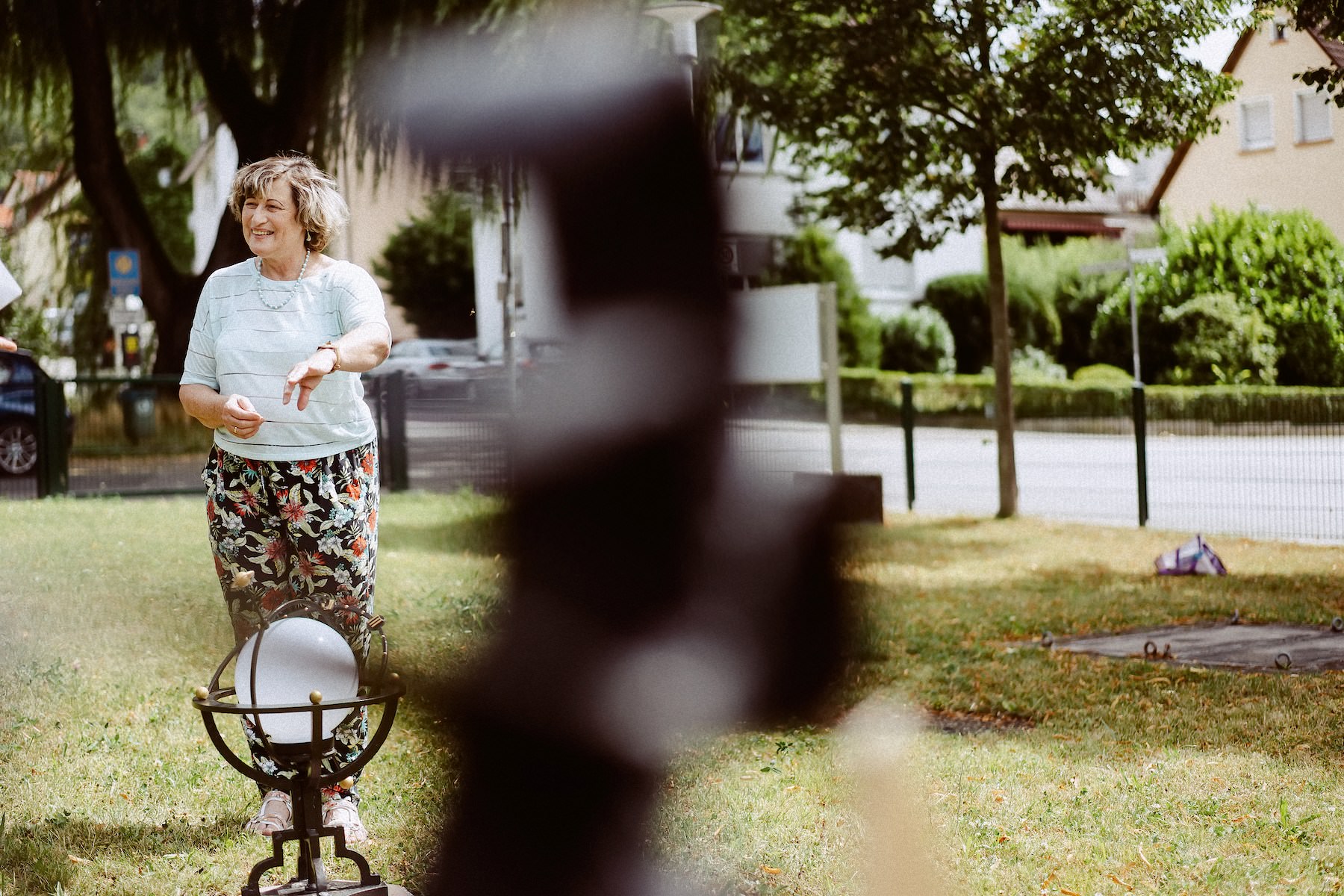 Monika Lübker, the chair of the local sundial club.

It all began in 1943, Monika tells the story. That year, state architect Otto Seile, who had lived and worked in Darmstadt for many years, settled in Birkenau with the intention to enjoy his years of retirement here in the Odenwald. He decorated the south-facing wall of his house in Dornweg road with a sundial. From a golden sun at its centre, the hand’s shadow was projected onto a cast-iron ribbon with numbers. Otto was fascinated by these silent time measuring devices and by the underlying system. His enthusiasm spread: Shortly afterwards, neighbours asked him to design a sundial for their house as well. 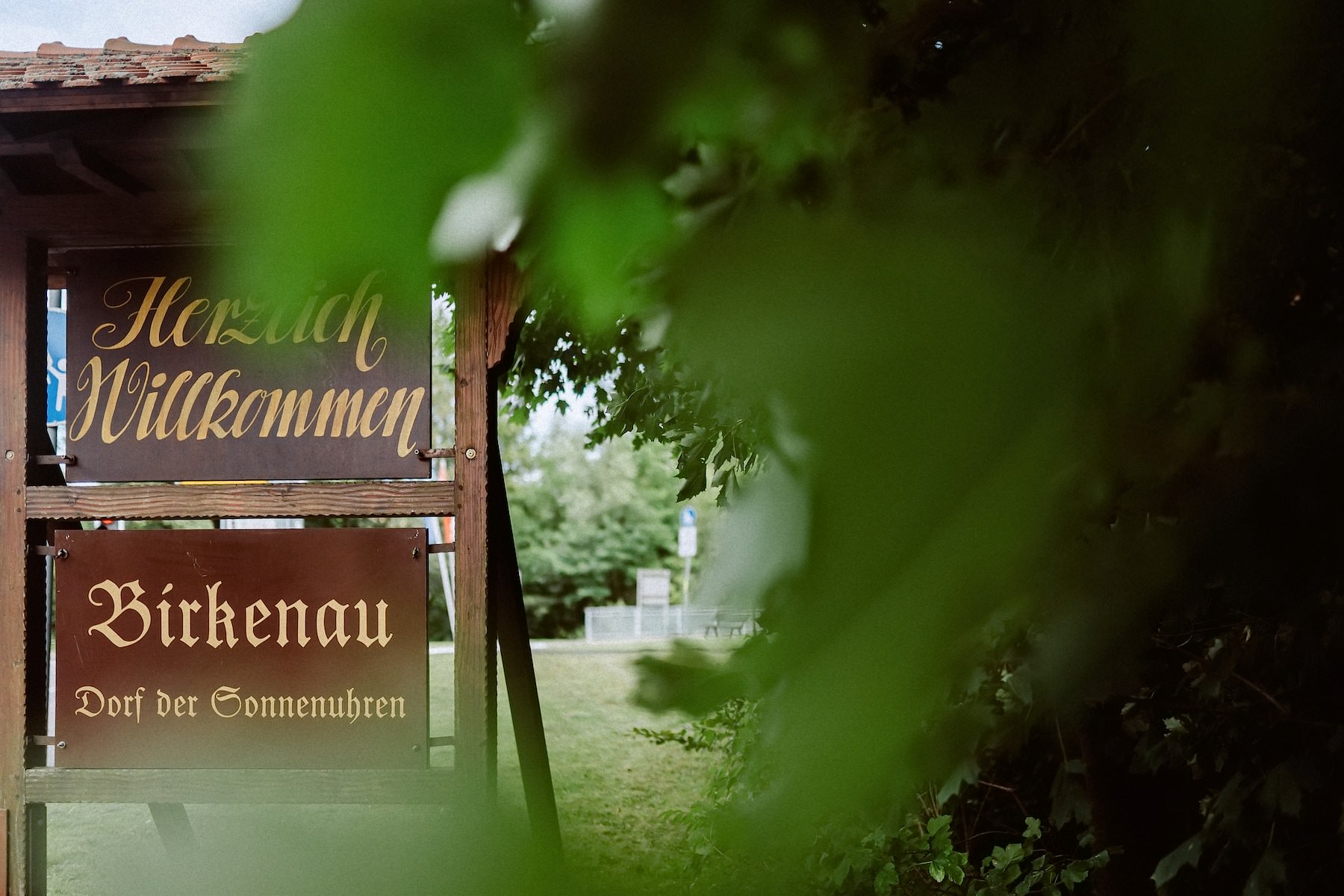 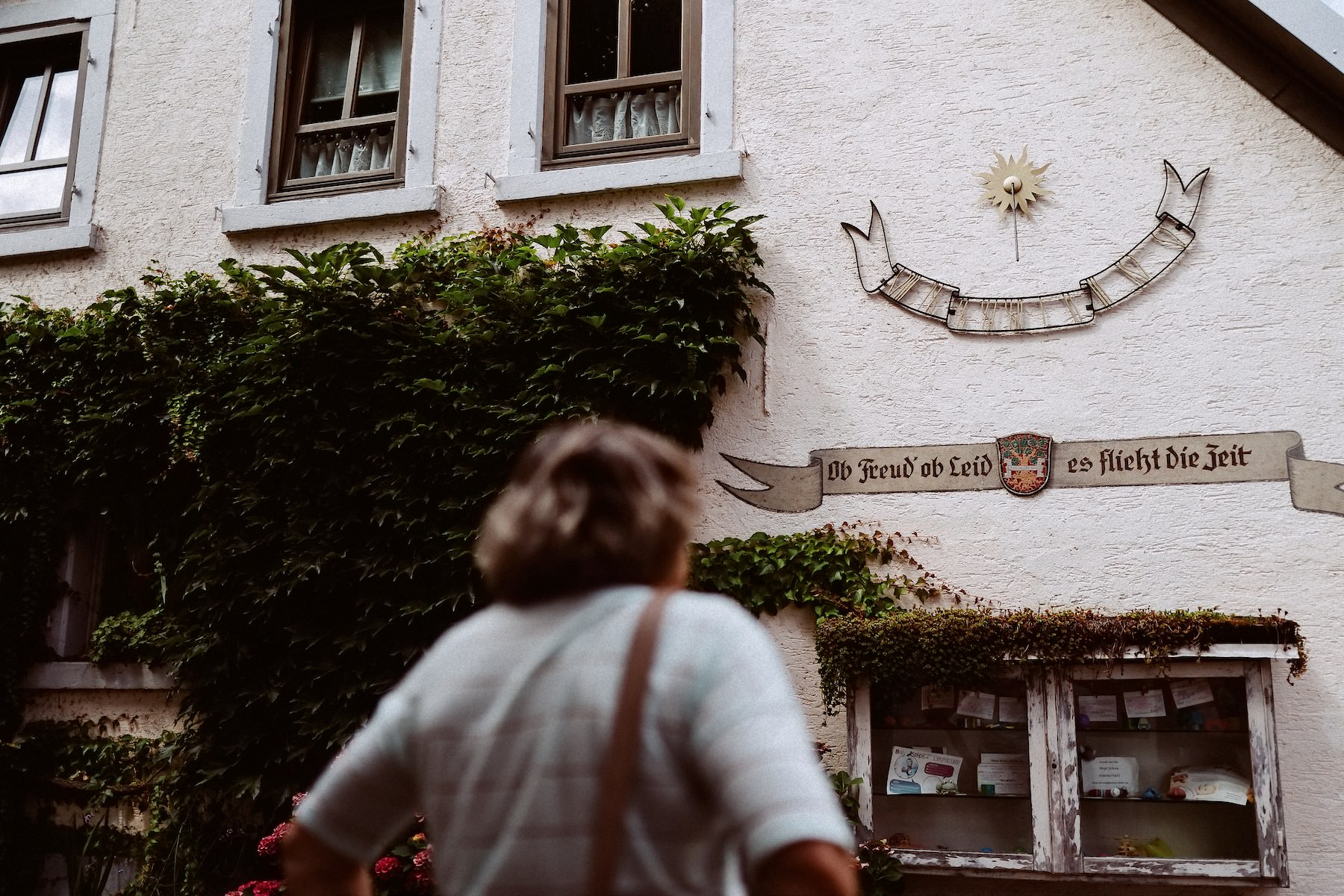 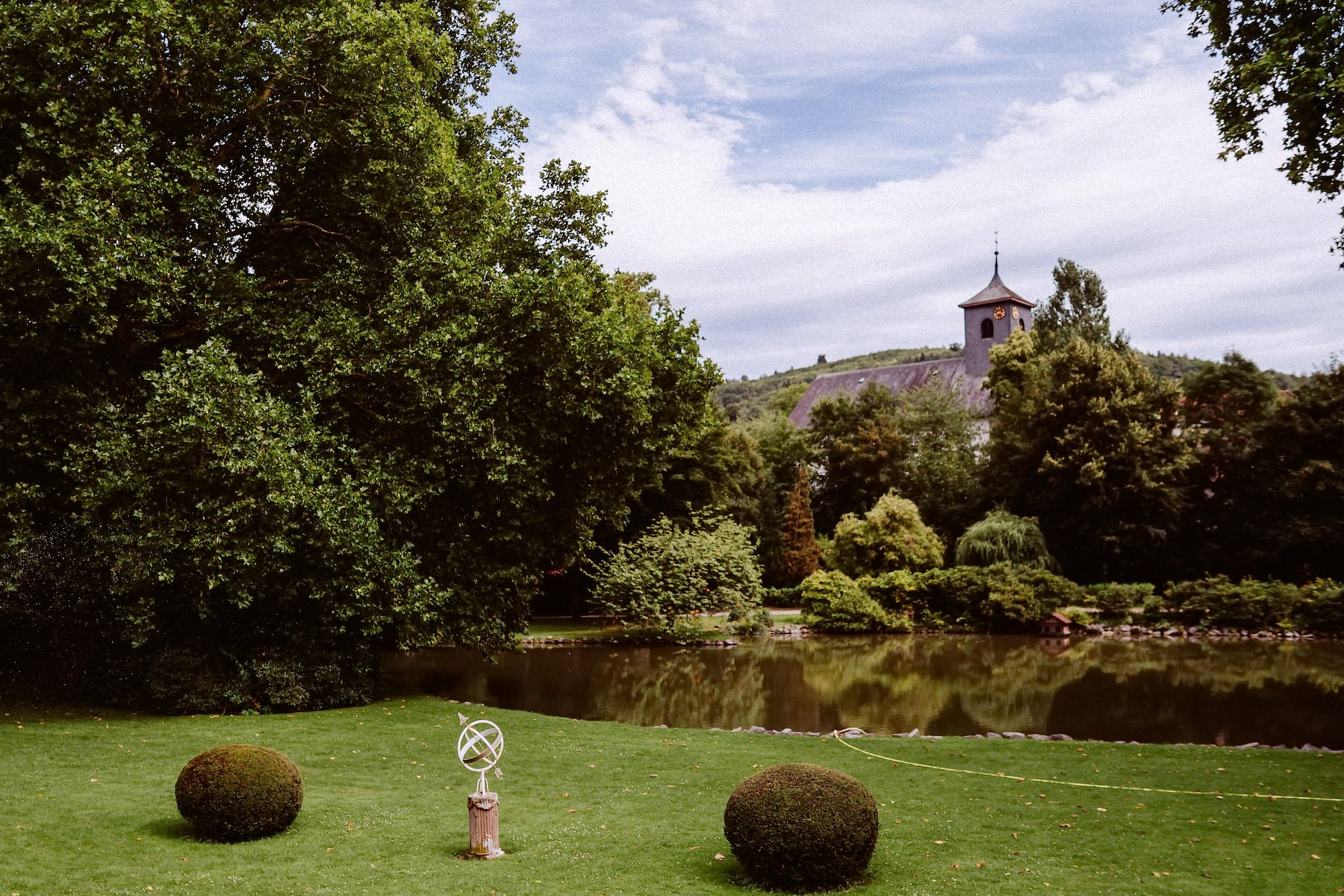 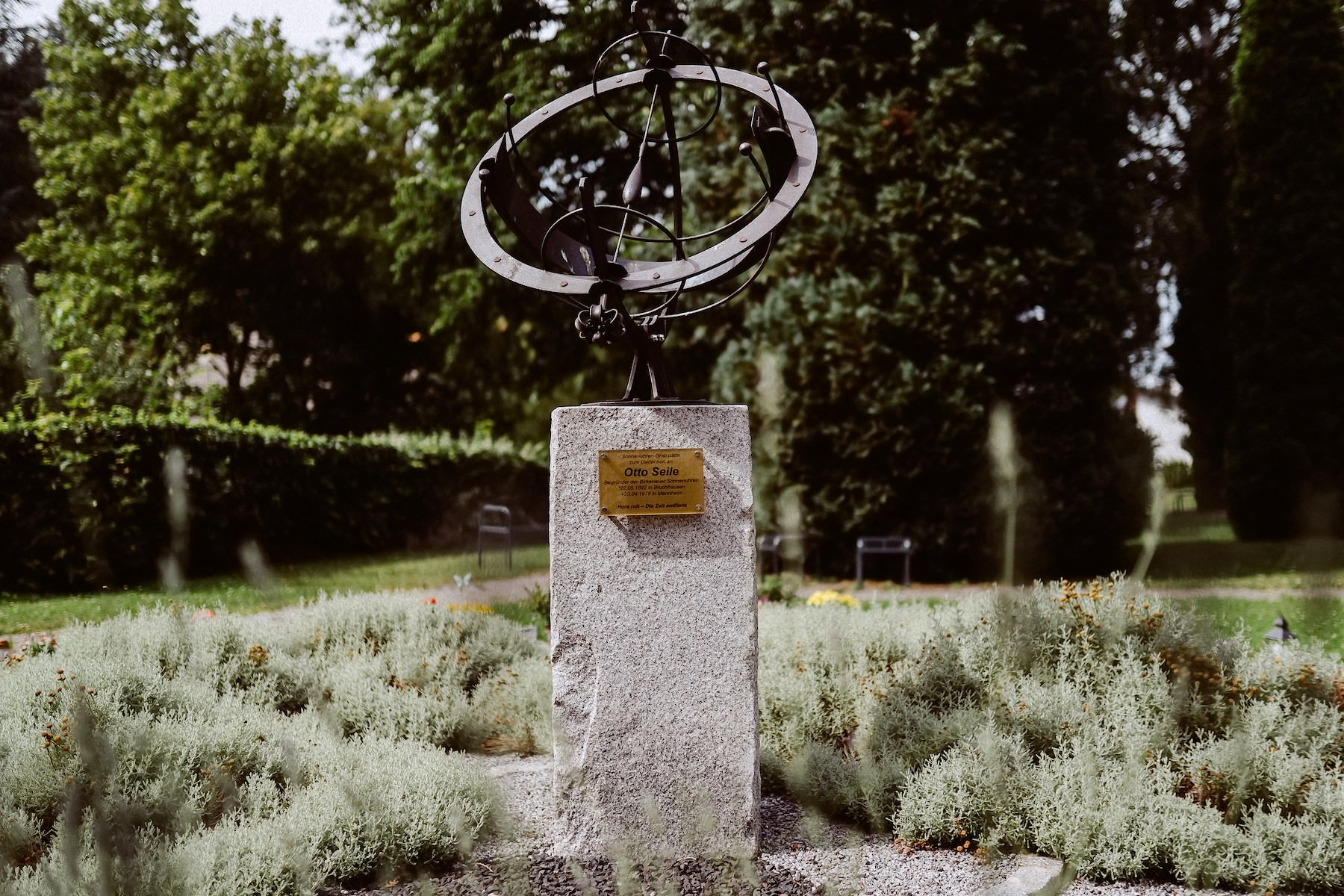 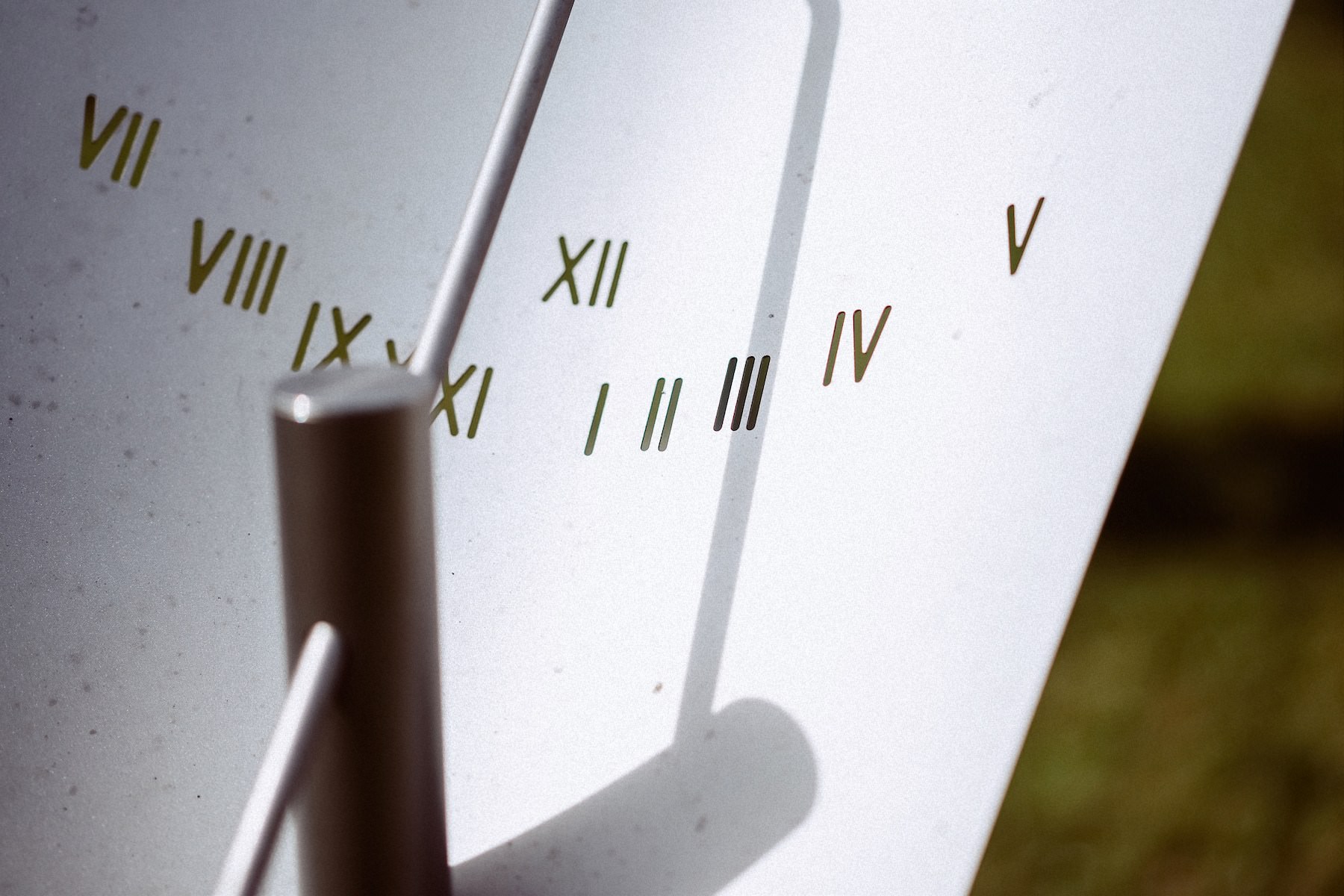 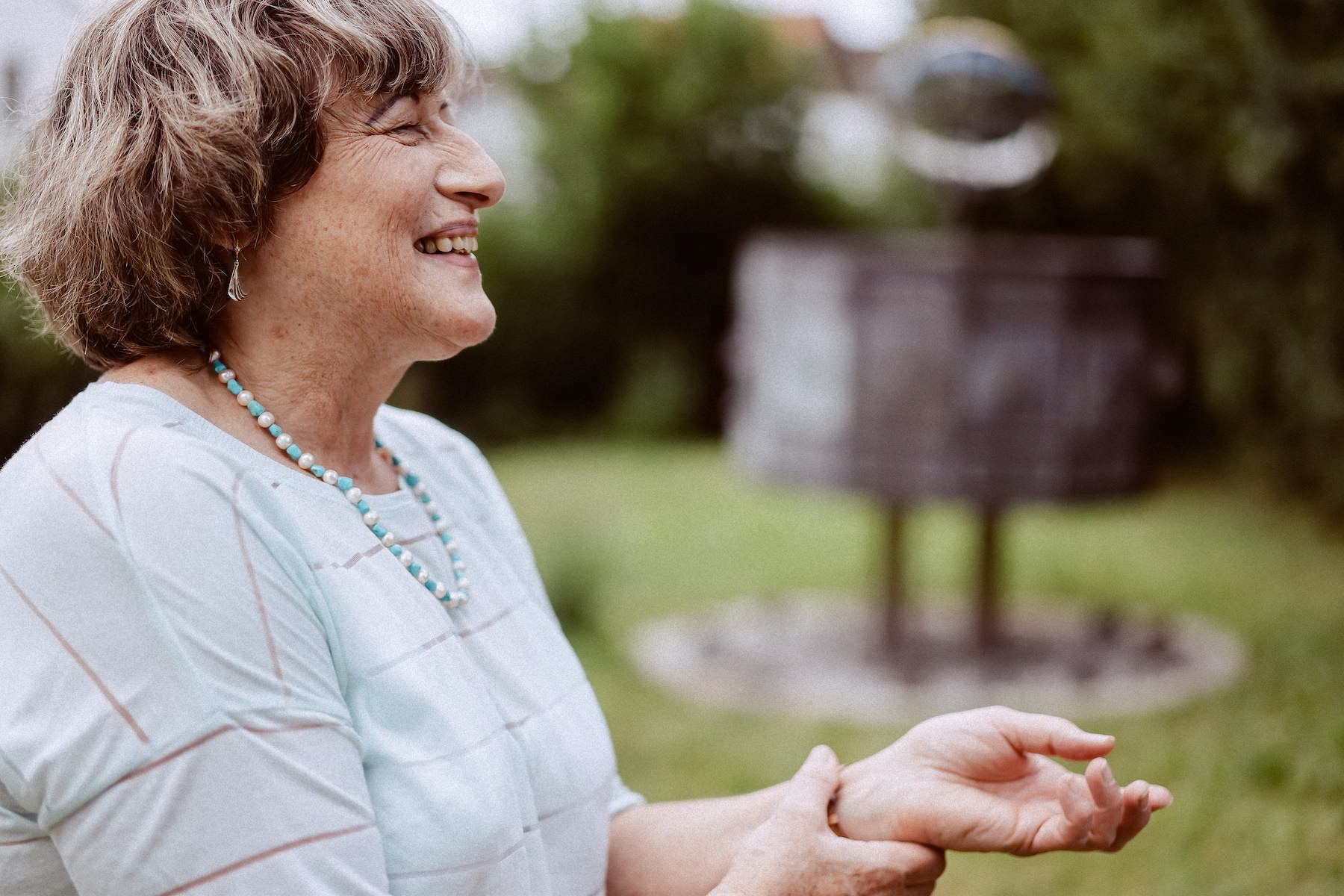 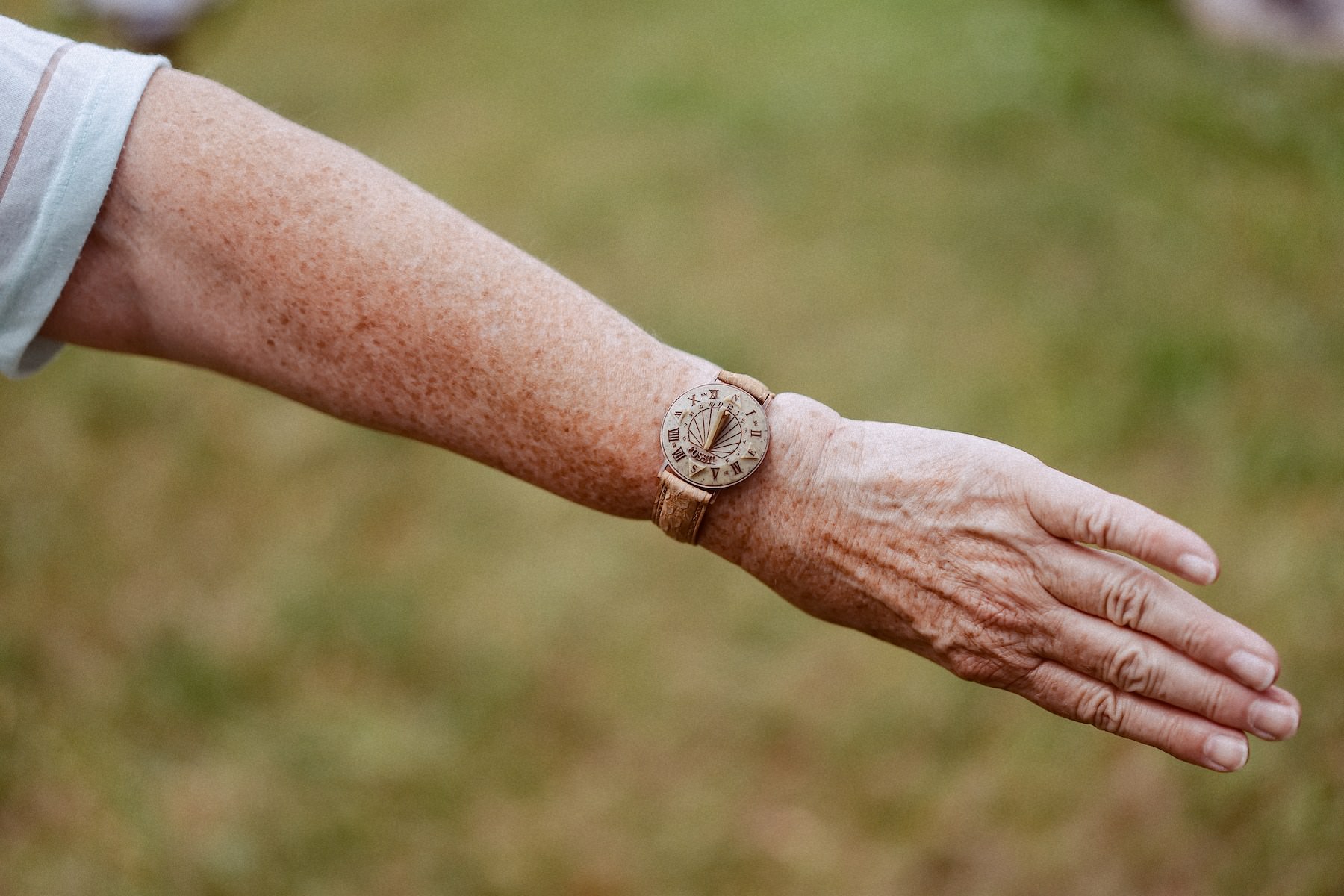 18 years later, Otto had completed the 25th specimen, most of them in cooperation with the painter Mr. Schmitt and the smith Mr. Gölz. “He would climb the ladder at over 80 years of age and fix the sundials to the walls himself,” says Monika. Not only in Birkenau. There are Otto Seile sundials in a number of European countries and even in the US and South America. In Germany, Birkenau had become known as the “village of sundials” in the 1970s attracting tour busses full of visitors. In 1971, Otto founded the Fachkreis Sonnenuhren (sundial specialist group) inside the Deutsche Gesellschaft für Chronometrie (German society for timekeeping) a few kilometres from Birkenau in the Fuchs’sche Mühle mill estate. During the 1980s, the boom subsided and the sundials sank into oblivion.

Monika moved to Birkenau in den 90s. She remembers driving past the large sign that welcomes visitors to the village of sundials for the first time: “I was astonished, because I hadn’t heard of that before.” And she was curious to learn more about it—maybe, she thinks out loud later, because her father was a clockmaker which got her interested in a very different way of timekeeping. 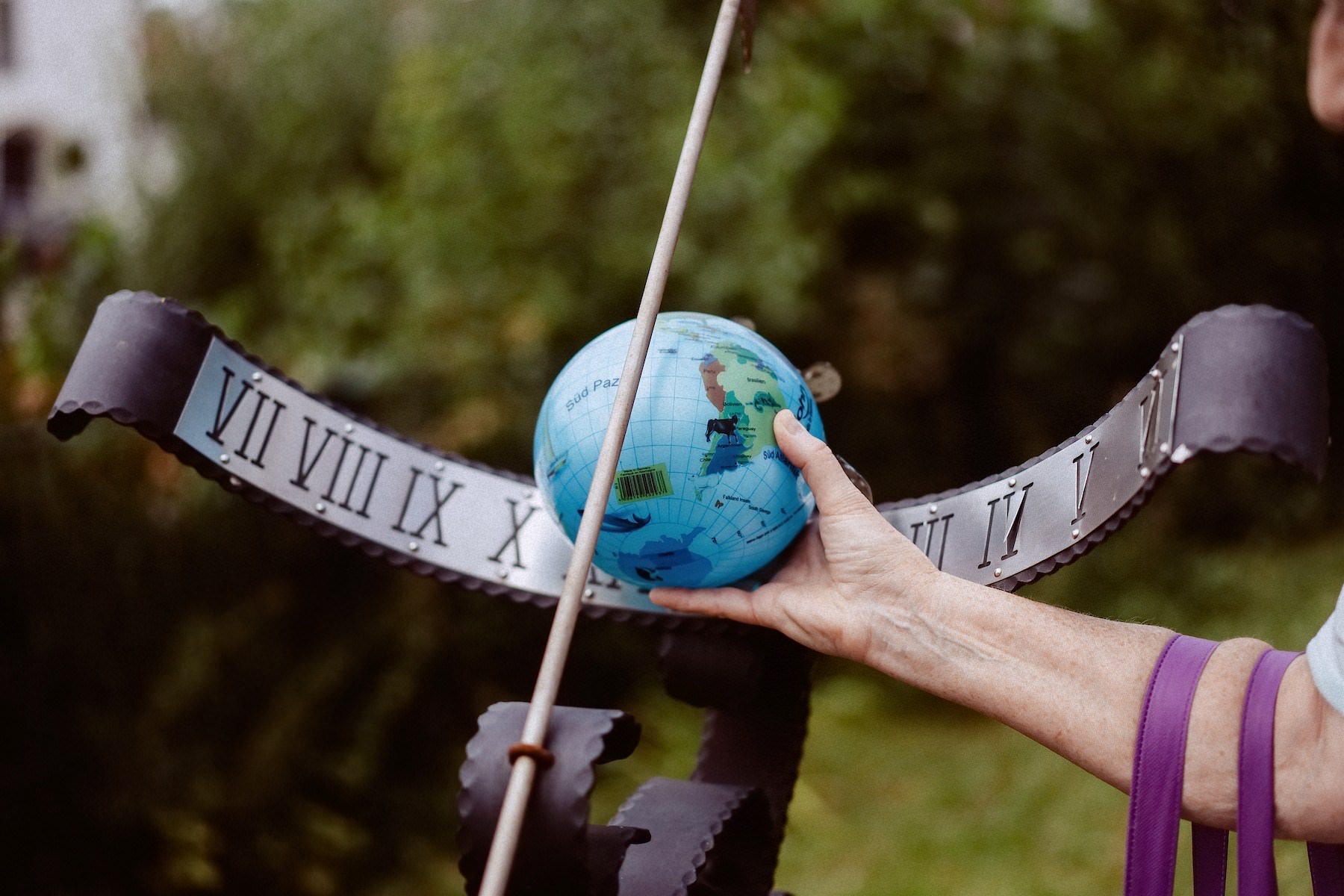 The clockwork mechanism of solar timepieces is the system that connects our planet to the sun.

While her father was busy with tiny gearwheels, the clockwork mechanism of solar timepieces is many times that size: It is the system that connects our planet to the sun. Having said all this, Monika casts a glance at the confused faces of the persons opposite. She pauses and gets out of her bag a little globe with little persons stuck onto it and with a baton. “The ‘shadow baton’ must be located in such a way that always makes it point from north to south,” she explains and aligns it accordingly. “It has to be positioned parallel to the earth’s axis. This angle equals the corresponding degree of latitude.” So the baton is horizontal at the equator, vertical at the North Pole and at an angle of approximately 50 degrees in Birkenau. The shadow of the baton then falls onto a sequence of figures, whose scale is determined by the degree of longitude thus indicating the time of day—in a much more precise way than usual clocks are able to. 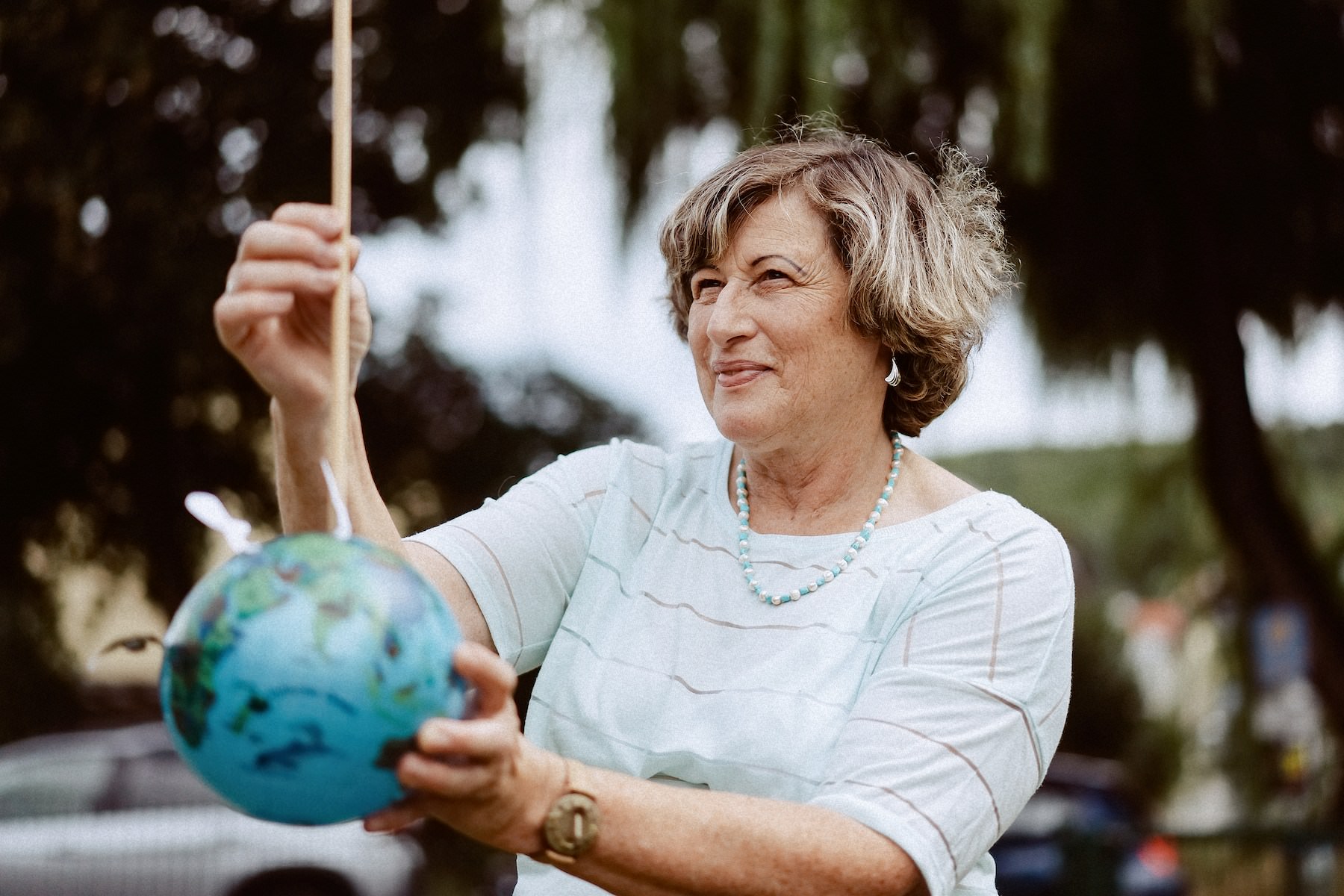 “Sundials tell the true local time, as opposed to the time of a certain time zone,” Monika explains. “A watch that displays 1 pm in both towns of Görlitz, located east in our Central European Time zone, and of Birkenau, located west, doesn’t tell the actual time according to the solar path in Birkenau. Here, it is actually only 12.35 pm.” The chair of the sundial club takes us to a Bernhardt precision sundial in a little park next to Weschnitz river that meanders through the village, talking and gesticulating about the underlying principle. The item casting the shadow is no baton in this case—it is rather shaped like a cone, allowing the device to exactly tell the time down to the minute at the edge of the shadow. “It is considered the most precise sundial in astronomy. Highly complex mathematical calculations allow the mechanism to work this way.” This is exactly what fascinates Monika so much: “There is a wide variety of sundials and you can look at them from very different perspectives: from a mathematical point of view, but also from a historical, astronomical, artistic or craftsmanship perspective.” 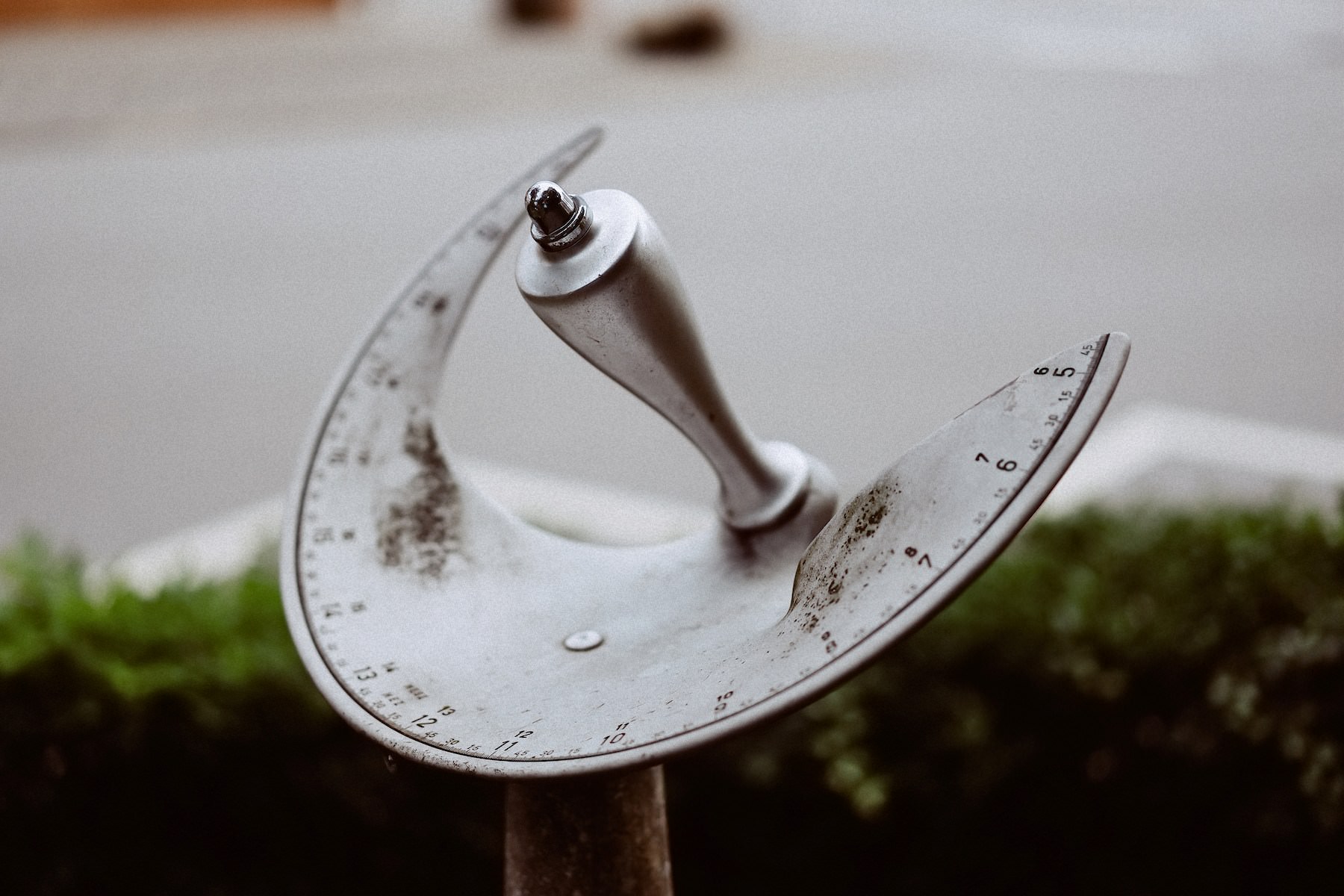 Monika couldn’t get sundials out of her head anymore. She became active in local politics and is a co-founder of the Agenda 21 working group on local development. During their sessions, Monika used to probe old-established locals of Birkenau with the matter. Details came to light only slowly, however, she has managed to create a list of sundials, which is now available. “For me, this is local cultural heritage. I wanted to revive the matter.” Monika didn’t waste time. Her son helped her make a website. She digitalized and completed the list of sundials, collecting additional information. Soon, allies started to join her, particularly Adolf Frei. Adolf knew Otto Seile personally and his enthusiasm was spread over to him. Today, he also constructs sundials. Together with other interested locals, they founded the sundial club in 2014. “We construct new sundials, advocate the restoration of old ones and find new homes for unwanted sundials.” 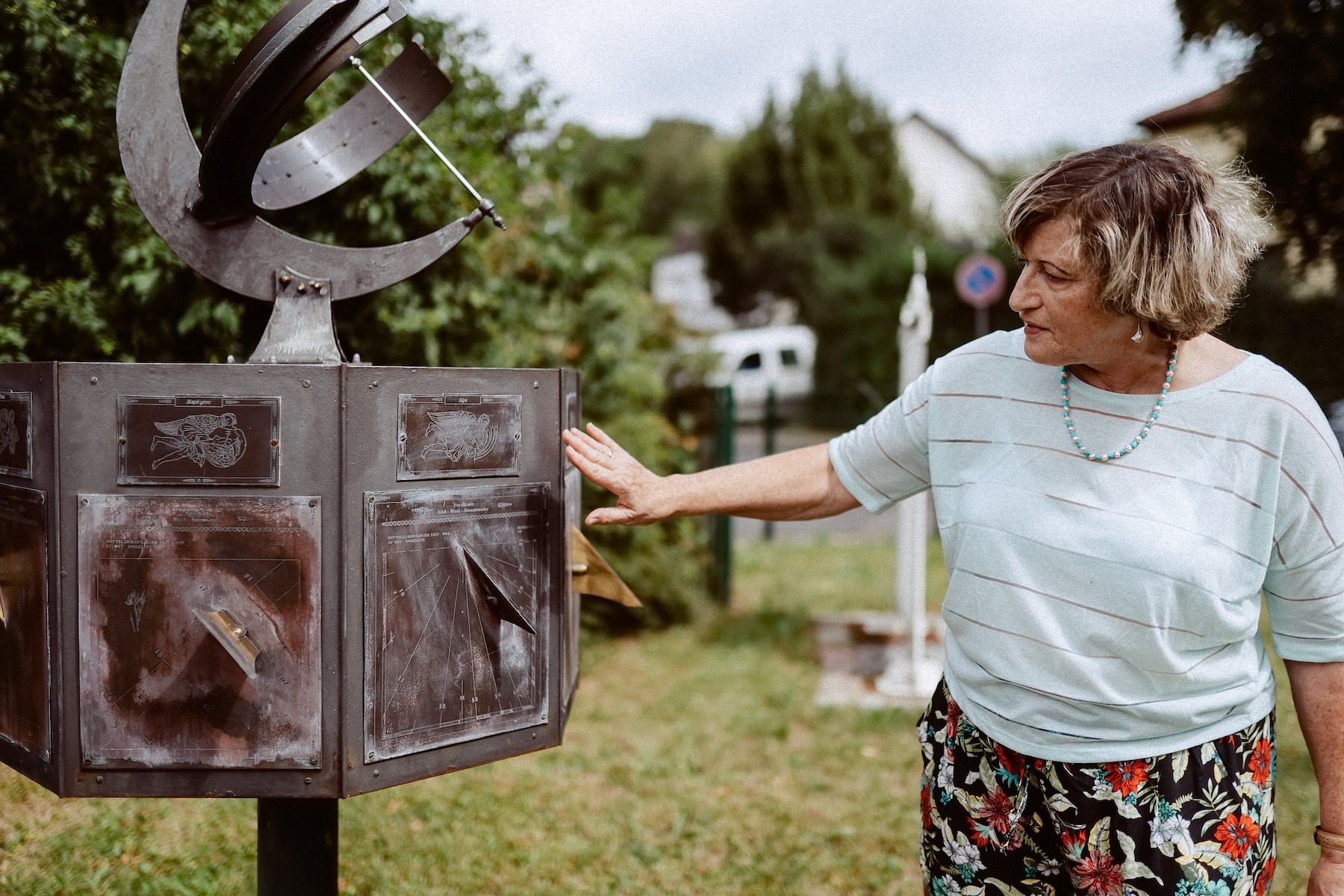 Monika couldn’t get sundials out of her head anymore.

…like here, in the sundial garden close to Birkenau train station. It is also a starting point for guided tours or the individual exploration of sundials according to the club’s directions. The garden was created for the purpose of finding a new home for monumental sundials from Vinzenz Philippi’s property. He was a companion of Otto and constructed clocks working with water, fire and sand mechanisms as well. It was just natural that his large and lavishly decorated clocks should find a permanent place to stay in Birkenau. The garden also offers the oldest, and probably most inconspicuous, sundial in the village: a simple stone of the year 1773, which used to indicate the time for work, prayers and meals in a monastery. 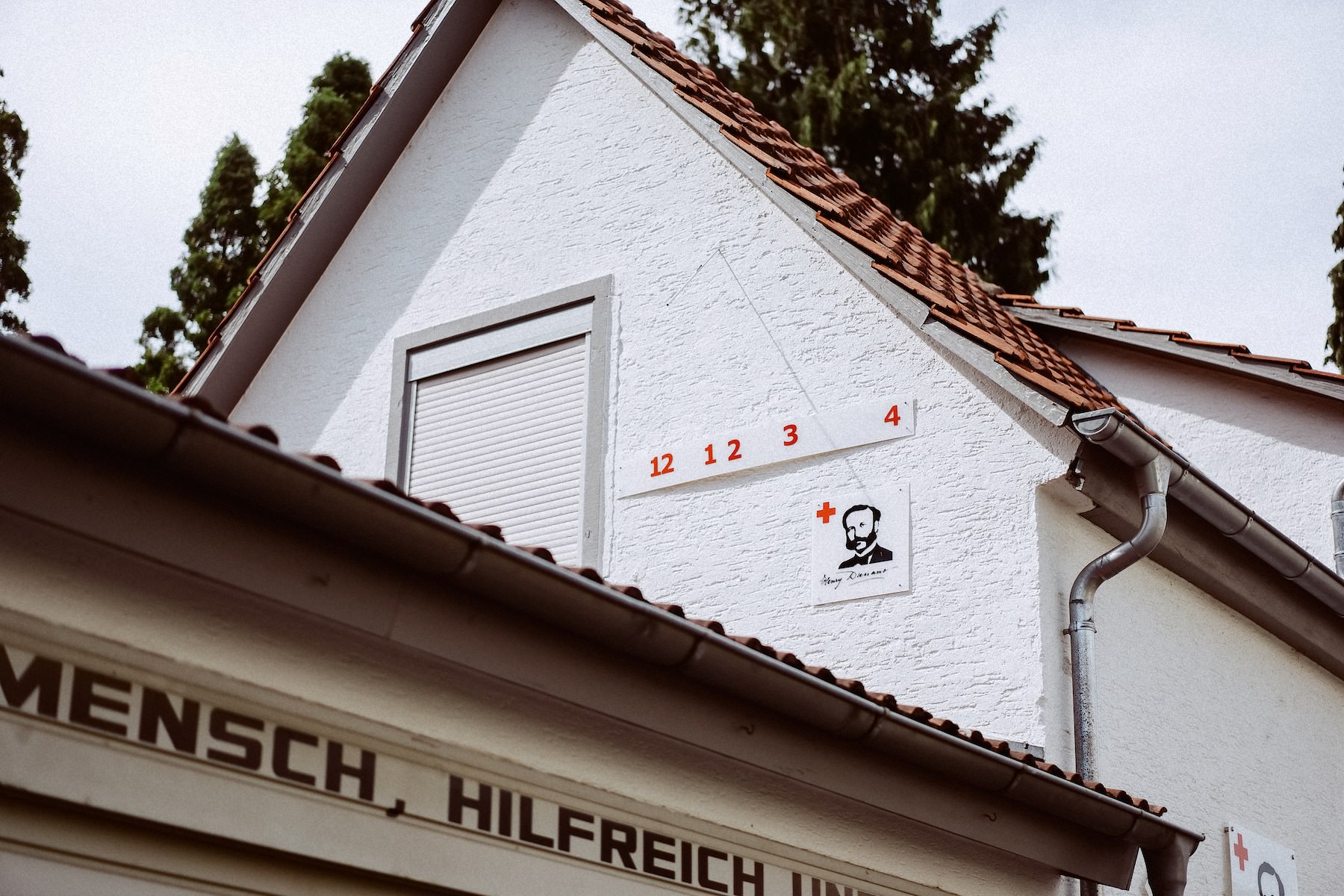 Modern sundials are usually constructed on plexiglass and designed according to the owners’ wishes.

Birkenau has even more specialties to offer: such as sundials with two dials—one for summer and one for winter time; or chronometers that stretch across two faces of a house telling the time of the morning on one side and that of the afternoon on another. “We even have a north-facing sundial here,” Monika explains. This specimen, however, is only for early birds as time can only cast light here during summertime between 4 and 5 in the morning. Modern sundials are usually constructed on plexiglass and designed according to the owners’ wishes. So, it happens that in Birkenau even supermarkets have an individual sundial. “Whenever a new building is built, we try to motivate the owner to get one,” says Monika. She can be quite persistent with this matter, she admits laughing. “Most people, however, are quickly convinced,” because the locals of Birkenau share a common goal: to score a place in the Guinness World Records book as the village with the most sundials ever. 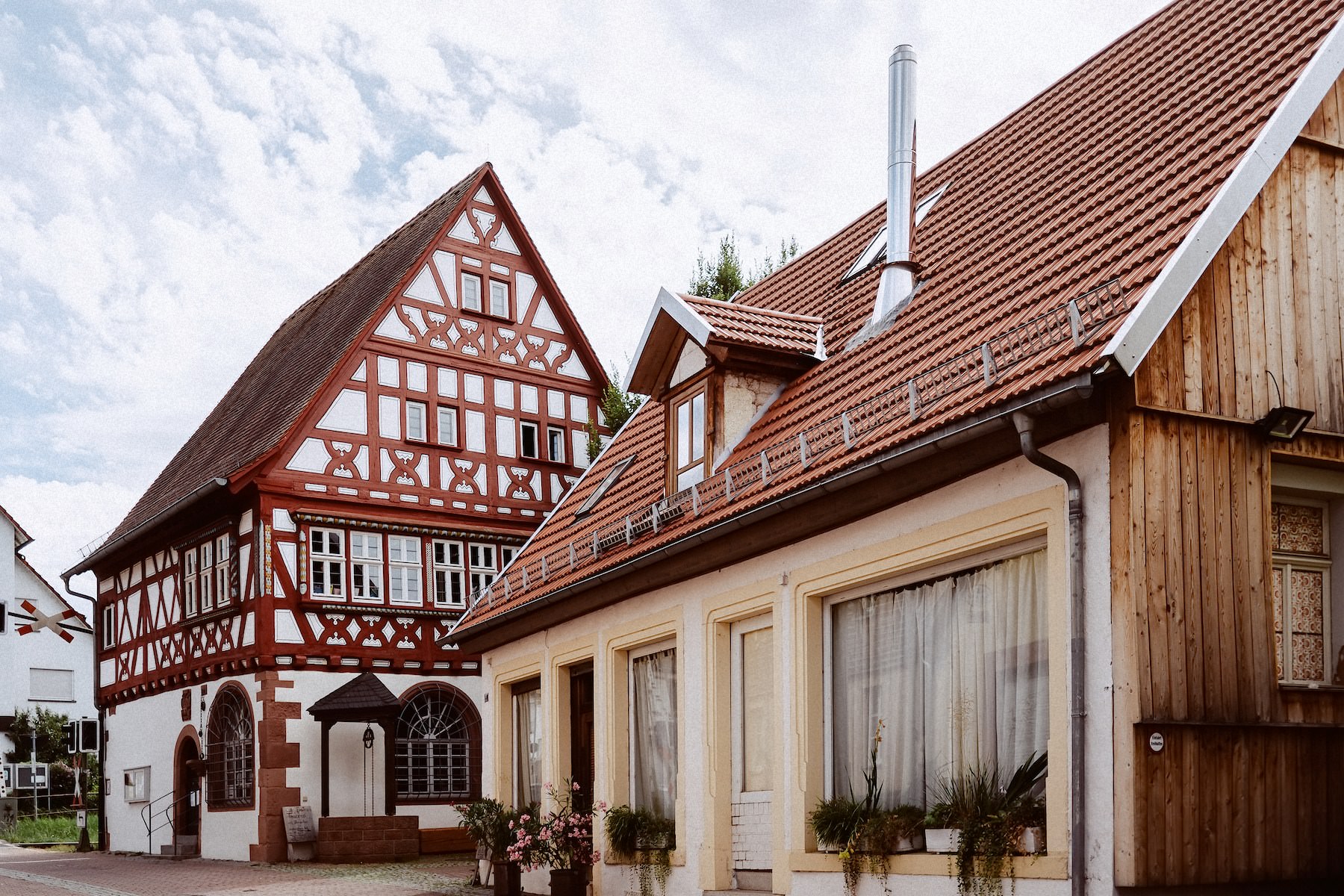 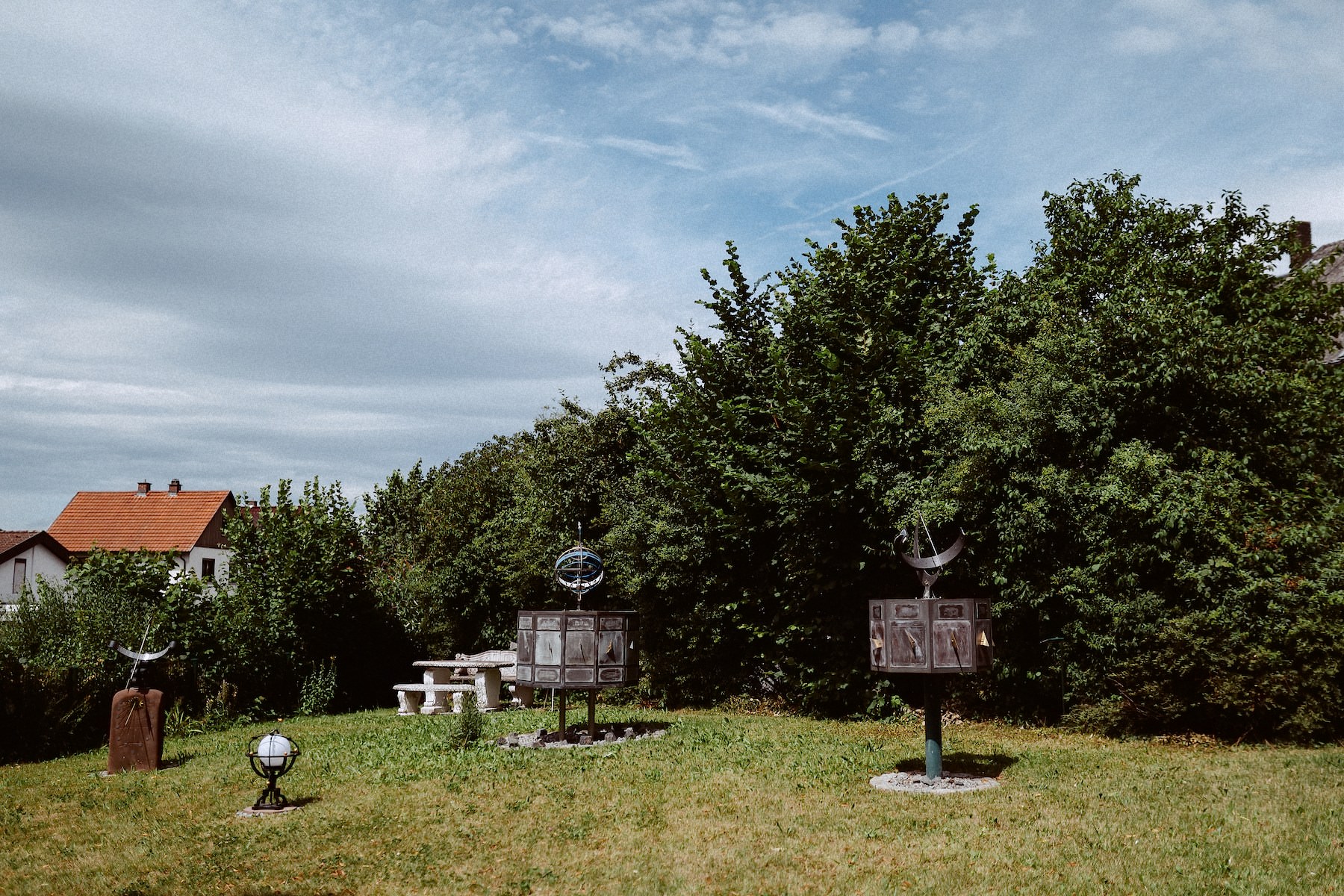 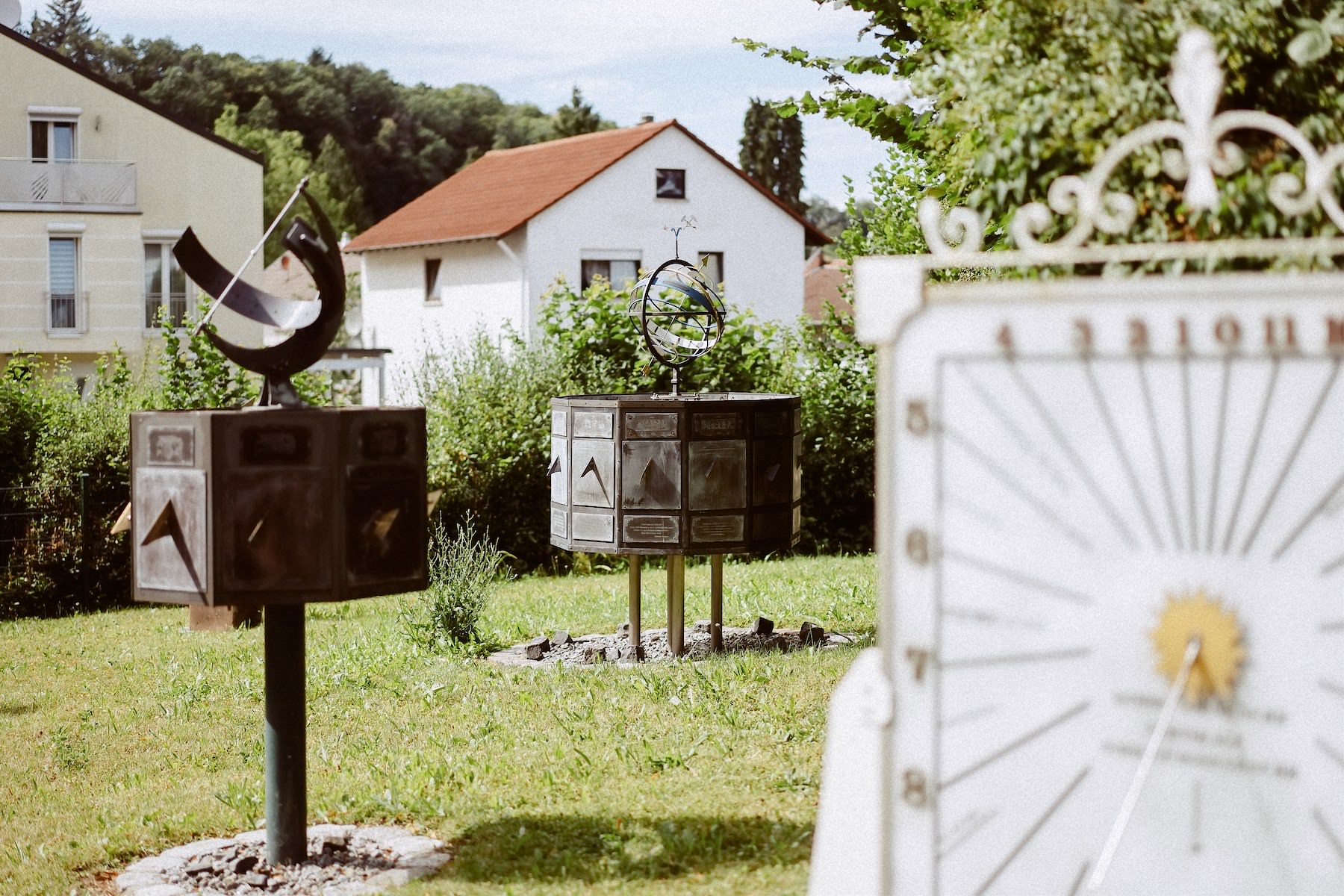 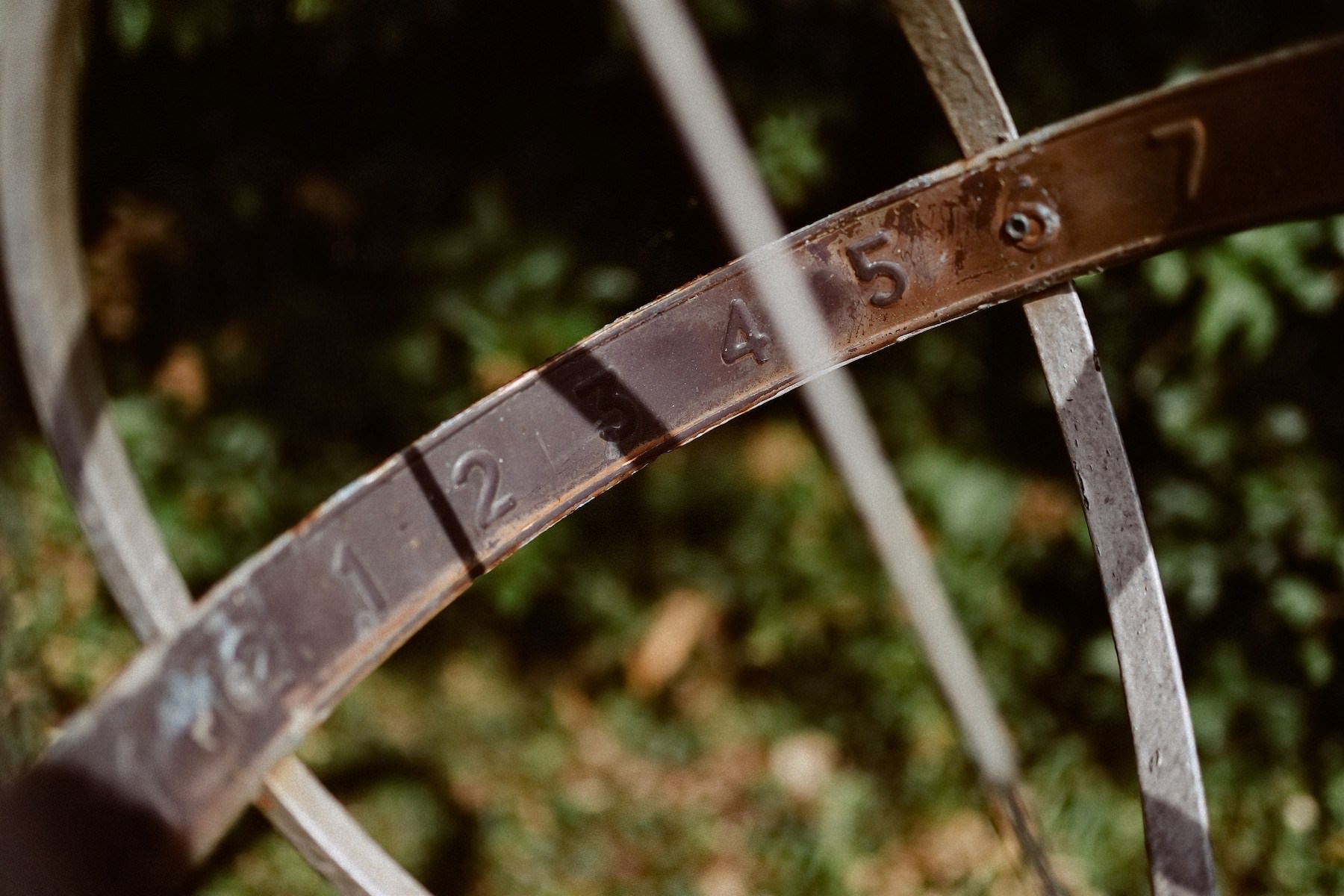 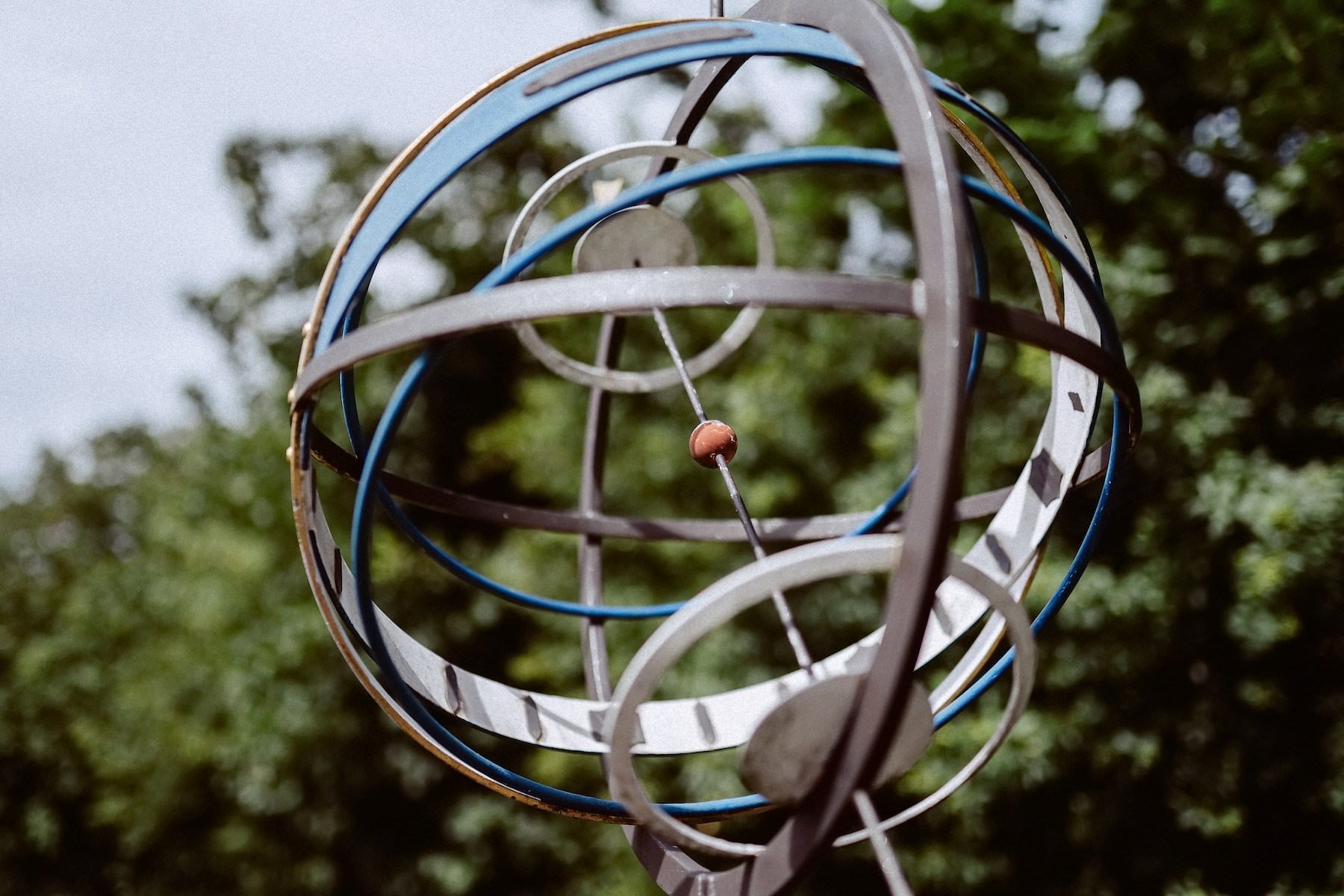 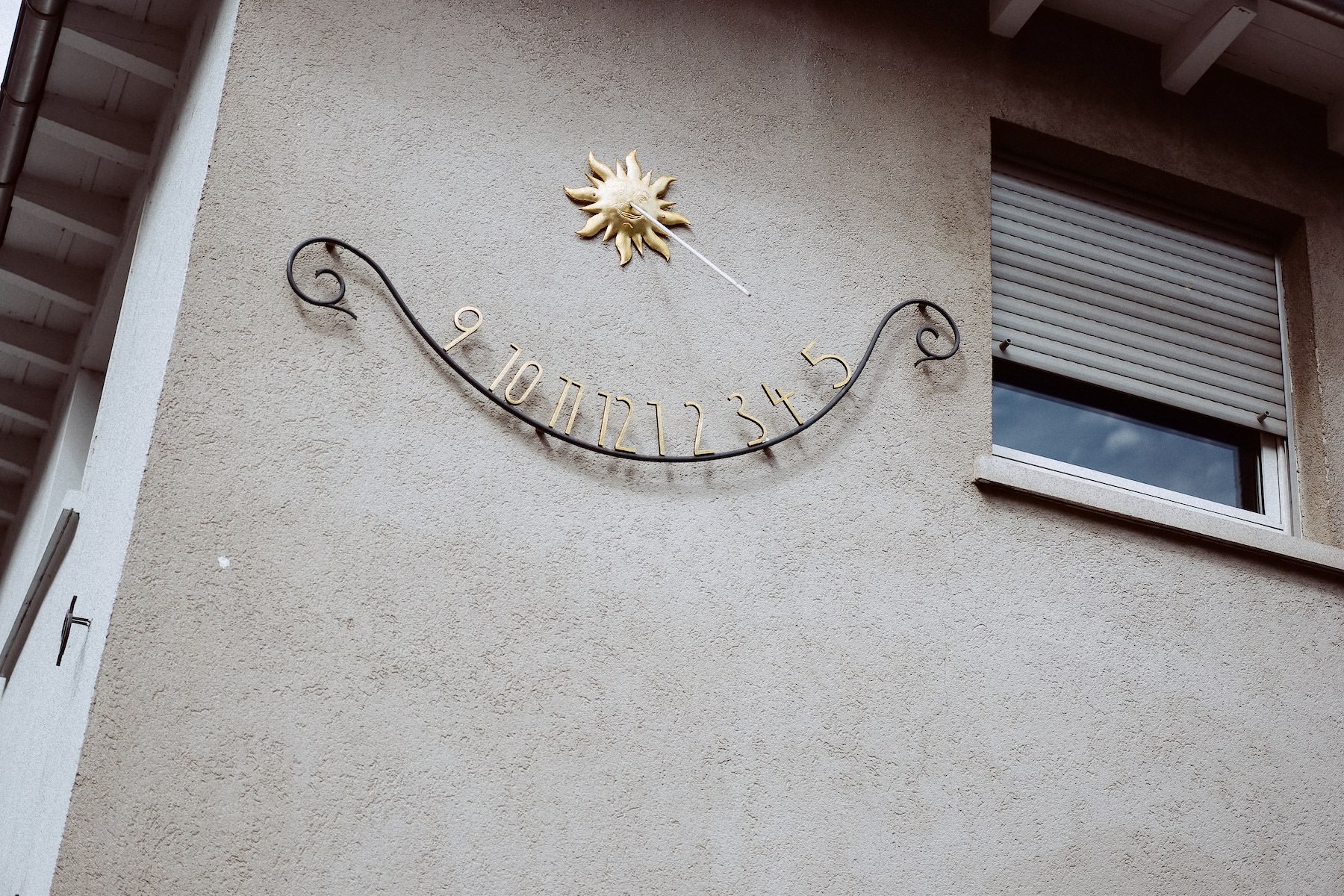 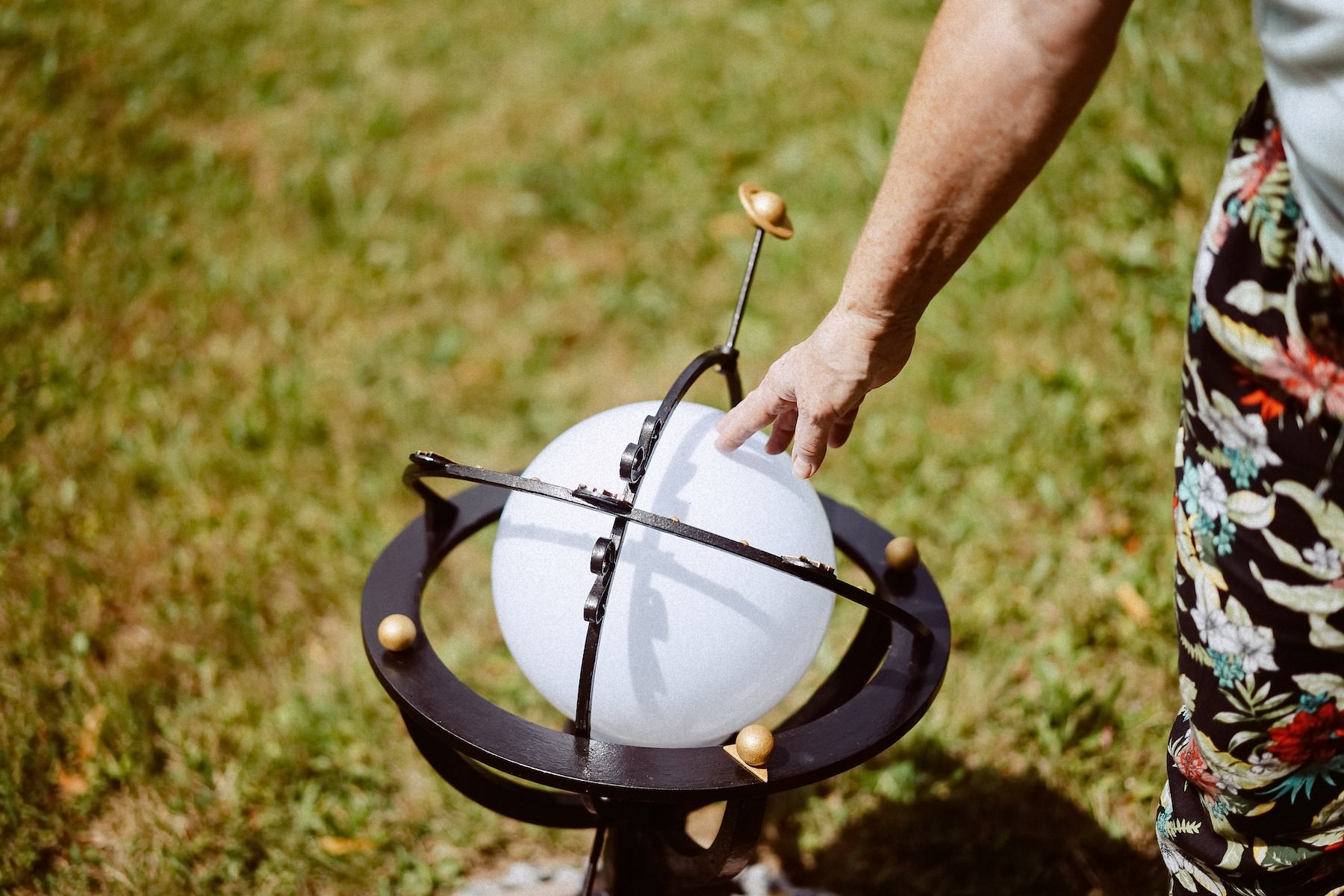 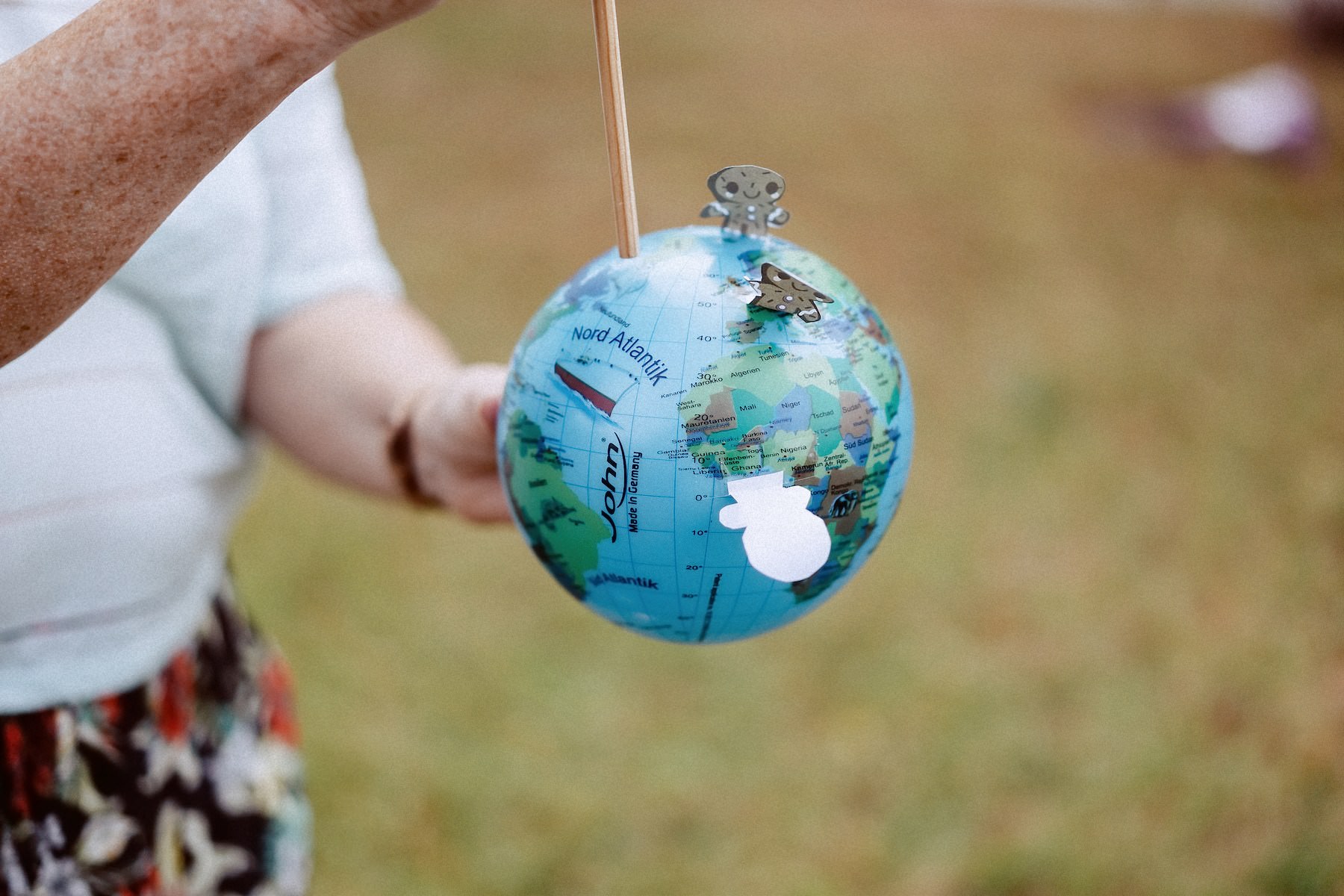