Get a true feel for the Odenwald

In Gottersdorf you can feel, smell and taste the history of the Odenwald. All that at an open-air museum that is so entirely from a different era that it could not be more relevant today.

Snow falls silently. The cracks in the roof, however, are so big that a horrible draught must have whiffed into Karl Backfisch’s room. Most certainly, the post office clerk wore a wool night cap when he was lying in bed and had a hot-water bottle made of metal under his blanket. It is, nonetheless, almost impossible to imagine that this had truly been where he laid his head for several decades: a room lacking insulation or wall covering, even in winter—with the one exception of the gunnysack nailed to the roof truss. Although it is quite hot on that particular day, Karl Backfisch’s bed makes you feel rather humble when you imagine how he was lying there on this small piece of furniture under the raw bricks. This might be the first thing that comes to mind while entering the open-air museum in the Odenwald: That everything here looks as if the former residents could come back any minute. As if they very soon returned to their stoves, into their barns, beds and front gardens.

There are seven open-air museums in the state of Baden-Württemberg. The one in Gottersdorf is the most northern of them: “Siberia of Baden” as this part of the country was often referred to. Civil servants were transferred here for disciplinary reasons, as the remoteness, the harsh climate and the barren ground meant humble surroundings. You can perceive this already at the entrance to the museum; right behind the ticket booth, the museum area can be divided in two: There are the houses of the “Bauland,” a region which could to some degree be used for agricultural purposes thanks to its limestone soil. Whereas only a few valleys further away, within the Odenwald, the clay soil there produced waterlogging being synonymous with frequent harvest failures. “The history of the Odenwald is also a history of work, poverty and of improvisation,” the museum director Margareta Sauer says. And Karl Backfisch’s path of life is an example for this: A severe leg injury suffered during World War II left him unable to fully contribute to the farm, so he established a post office. This is also typical for the Odenwald, where many people earned additional money in stone quarries, as cone pickers or making paper flowers as homeworkers. 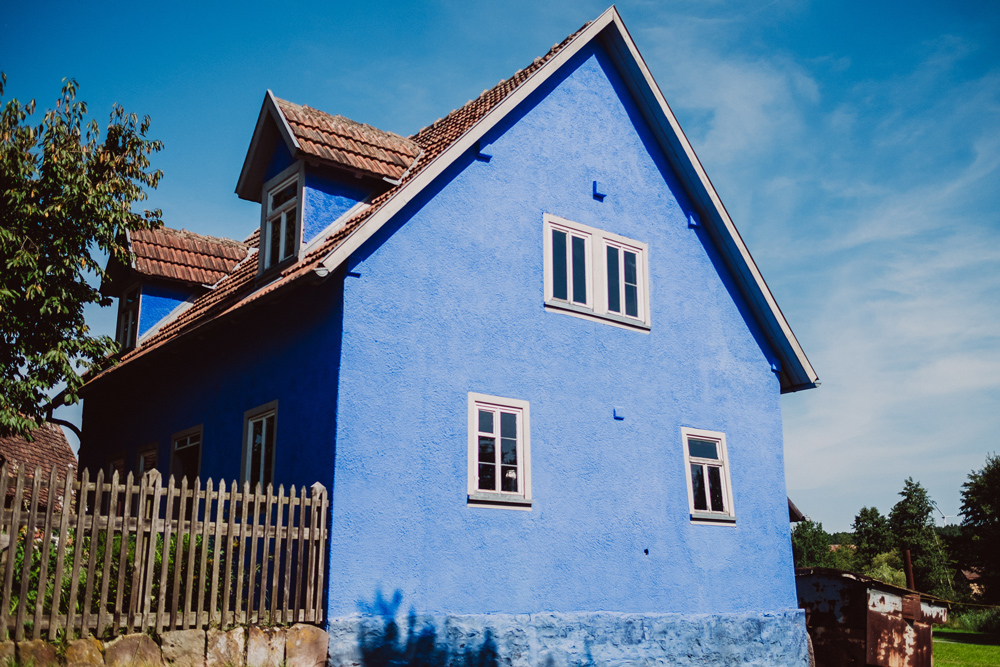 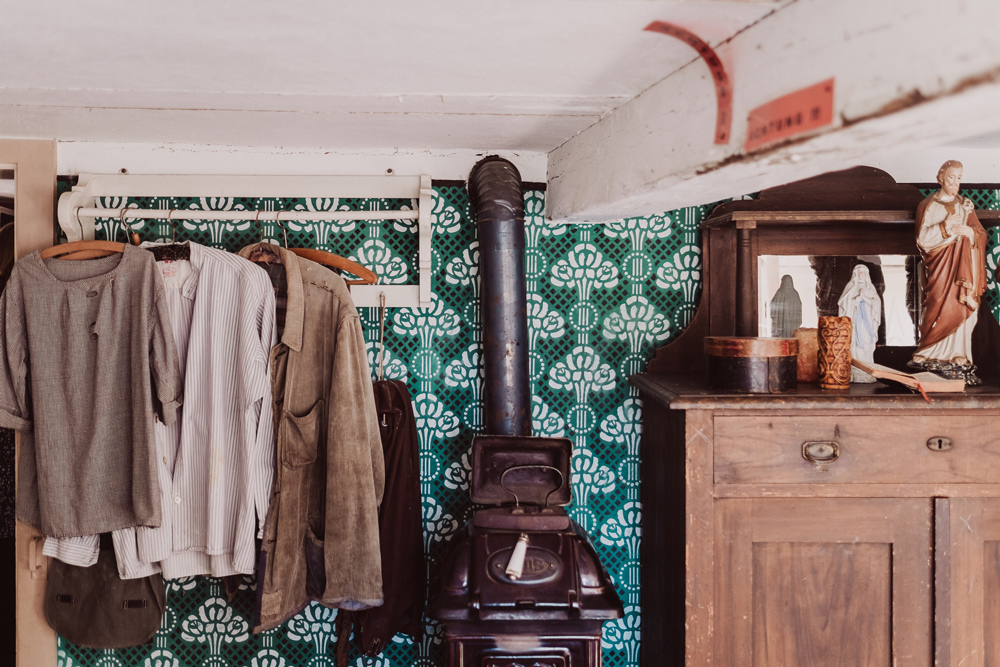 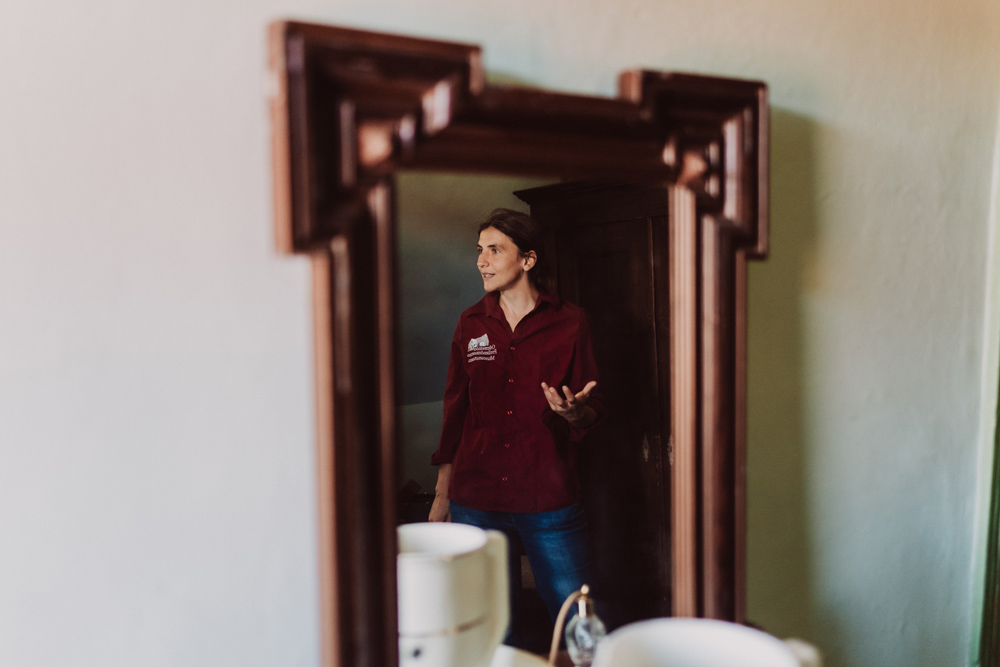 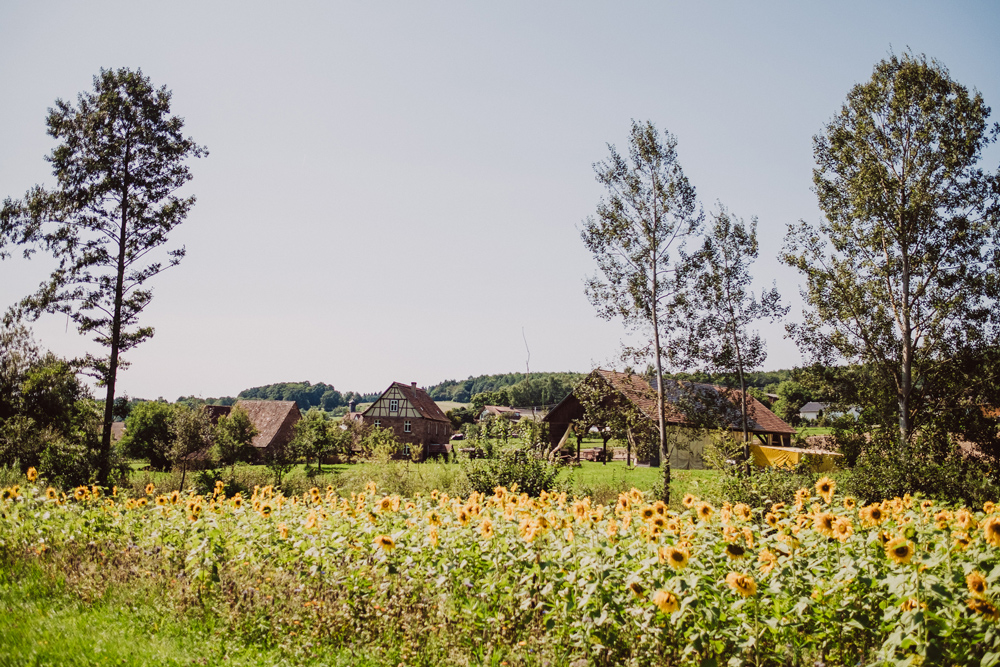 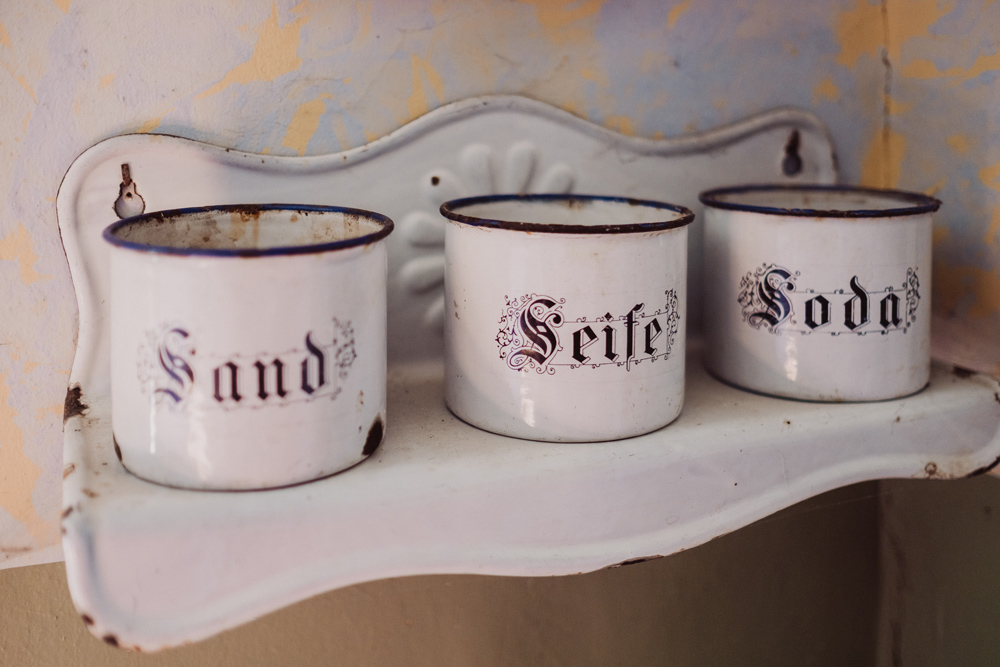 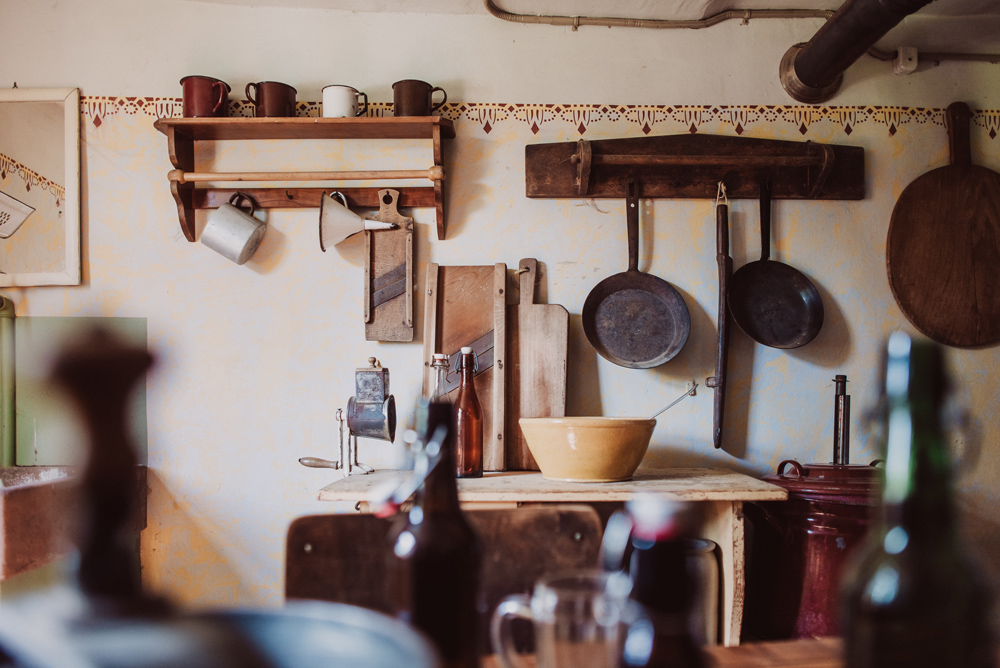 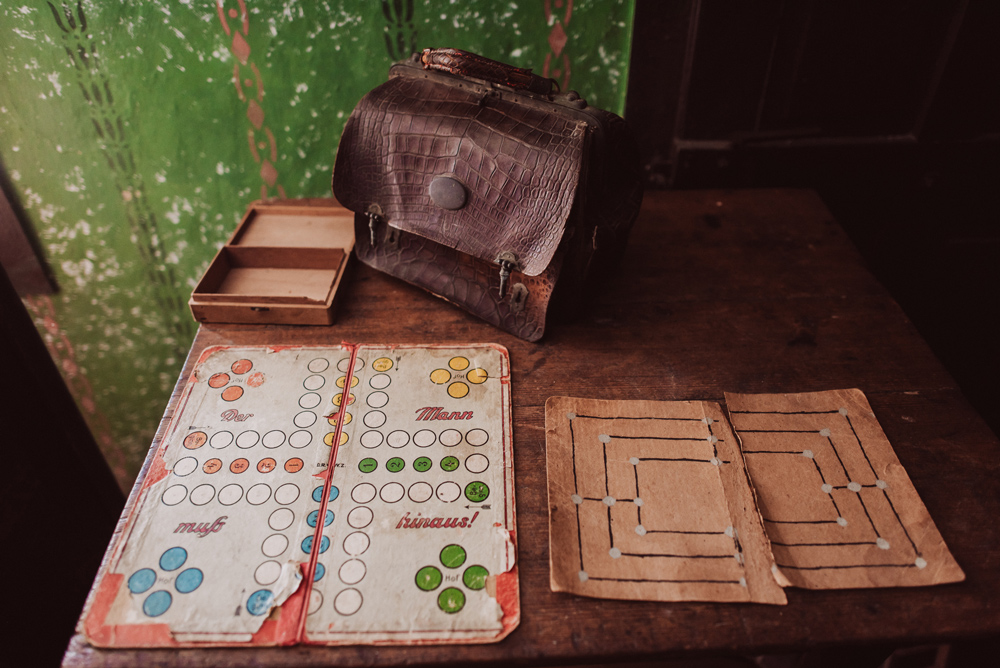 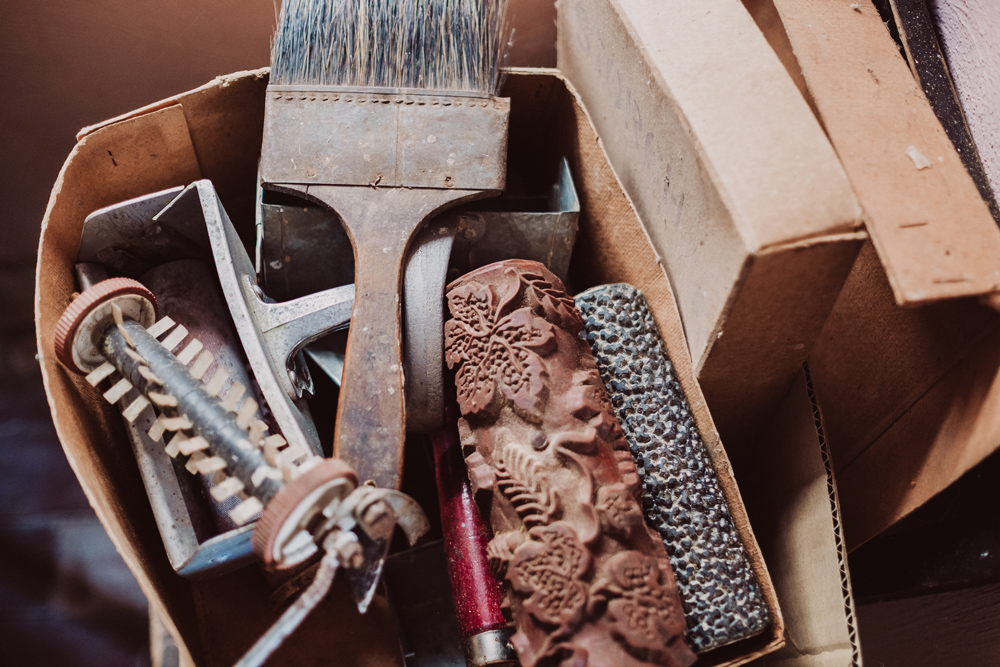 Because the amount of rainfall in this region made wheat and oat cultivation impossible, people grew green spelt. Does the grain roasted over historical drying-kilns taste differently than the one from the shop? You can try for yourself at the inn—of course historical. How was it once cultivated, rinsed and cooked? Almost in every corner of the museum you can discover historical toys, tools, kitchen instruments, clothes or furniture; even animals and plants, too. Because the material was precious, everything was used again—take the wooden bench in one of the day labourer houses as an example: The restorer found as many as twelve coatings on it. The people from the Odenwald recycled furniture, machines and sometimes even entire houses. In the stately Bofsheim house (“Bofsheimer Haus”) from 1777, for one, a lot was achieved through research: Directly behind the—very impressive—open smoke house, which was found underneath the wall coverings, you can take a look along the remnants of limestone and terracotta for several meters right into the history of the house and all the way into the Middle Ages. There is an abundance of (construction) history like that and its accompanying stories on the museum site.

“But history only comes alive through its inhabitants”

In this process of reviving history she is dependent on witnesses of that time: photographs were found, for example, clipped between the tapestry and the electricity box, stemming from the Nazi era—which resident of the “Bofsheimer Haus” did they belong to? The story of Carolina Backfisch, one of Karl’s relatives, still has never been investigated. According to a list of emigrants in Bremerhaven, the farmer’s daughter went to America— on her own. Some of her letters are preserved, recording the difficult start in the new world—and her homesickness.

Baden-Württemberg has seven open-air museums, but only receives state funds of only EUR 750,000 per year. This bears hardly any relation to the 600,000 annual visitors—25,000 people coming to Gottersdorf alone each year. That the little town of Walldürn finances the museum site together with the Neckar-Odenwald district almost exclusively on its own is both a blessing and a curse: A blessing because one central open-air museum for the entire state would reduce the Odenwald to two or three farms at the most, whereas here you can see 17, ranging from the day labourer’s house to the stately large farmer’s house. It is a curse, too, because the workforce is understandably very small and the infrastructure remains difficult. Frequently, the museum’s resources are so limited that it is hardly able to raise the co-payment necessary for the application for state funds and thus depends on the support from the Sparkassenstiftung, a foundation, which recently enabled, for the most part, the restauration and reestablishing of the “Bofsheimer Haus.” The museum toilets are out-dated, the wooden booth at the entrance is ticket office, shop and ice cream booth in one, the restaurant is open only on weekends and the thresh-barn for events and festivals is an everlasting provisional solution. The museum’s educational programme is made possible by external staff. There is hardly any time left for the development of new topics, let alone scientific publications or lectures. “The living history community is a great opportunity for us,” says Margareta Sauer, who regularly—and quite literally— houses people interested in history in her open-air museum. Most recently, the Allied troops captured Gottersdorf after the War roaming through the village with historical combat vehicles and wearing historical costumes. Of course, the “Haus Bär” became the central setting, as it is here where life on the countryside in the 1950s is on display. Not only in times of occupation, you can take a seat on the low, and very soft little easy chair in front of the first TV set of the village and dream yourself back into the times of the economic miracle.

On a weekend like that, it is always a nice idea to treat yourself to a toast Hawaii as it is still served here and a freshly brewed Melitta coffee to go with it. And as the aroma of dried green spelt wafts through the museum area and the Odenwald with all its traditions and facets can be seen, smelt and tasted, one thing becomes clear: There has never been a time for open-air museums like today. In times when people yearn for a place they can call home, when magazines celebrate the love of life in the country, such museums offer authenticity and, what might even be more important, they offer you a glimpse of the roots and origins. In Walldürn, this was recognised quite some time ago and a great part of history was restored accordingly—one important portion of which is still missing: A few kilometres away from the museum, you can find Germany’s last formerly privately owned pine seed drying facility, where the cones of local trees picked green were roasted in order to obtain the seed. Imagine seed from the Odenwald sent all over the world—a piece of history would again have a future. 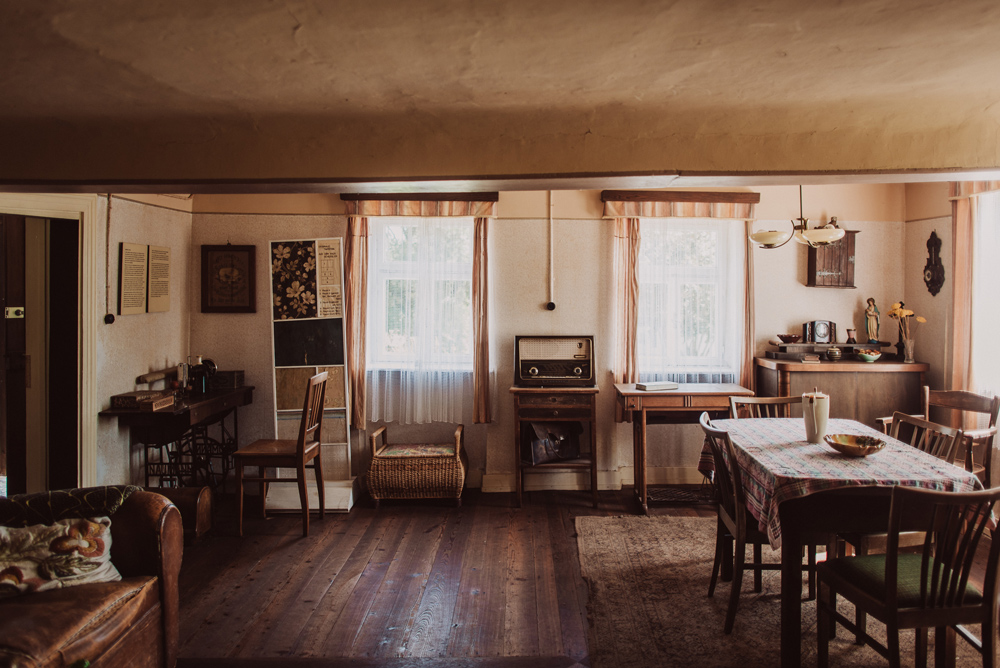 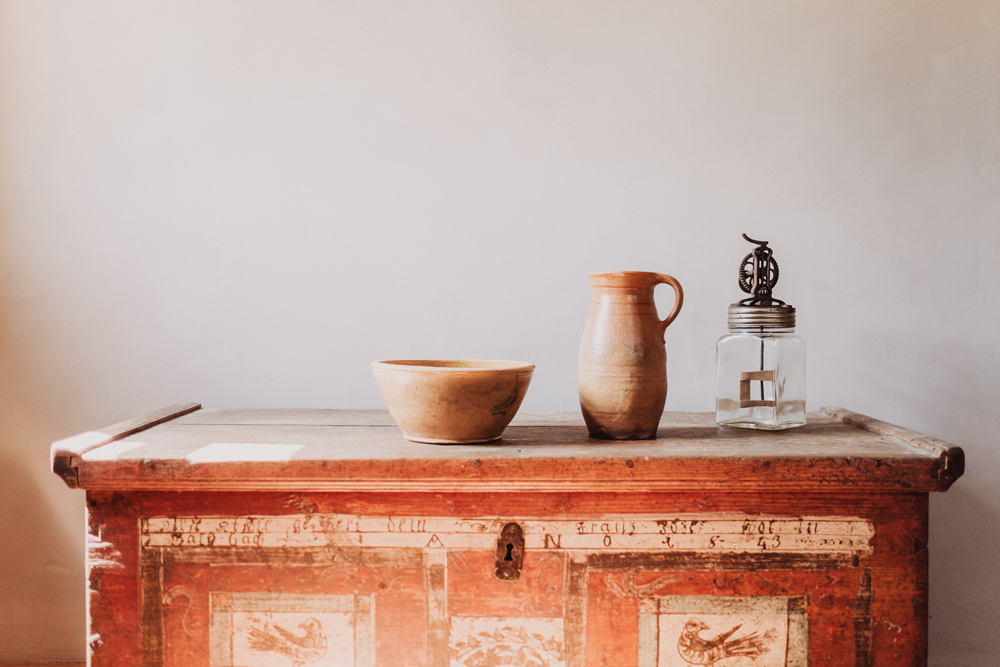 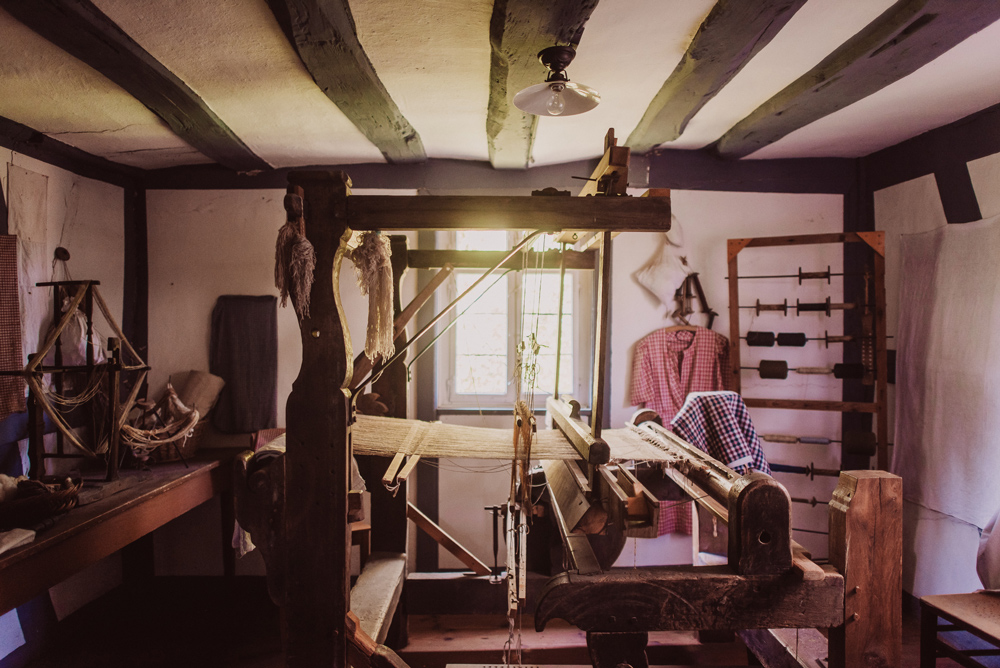 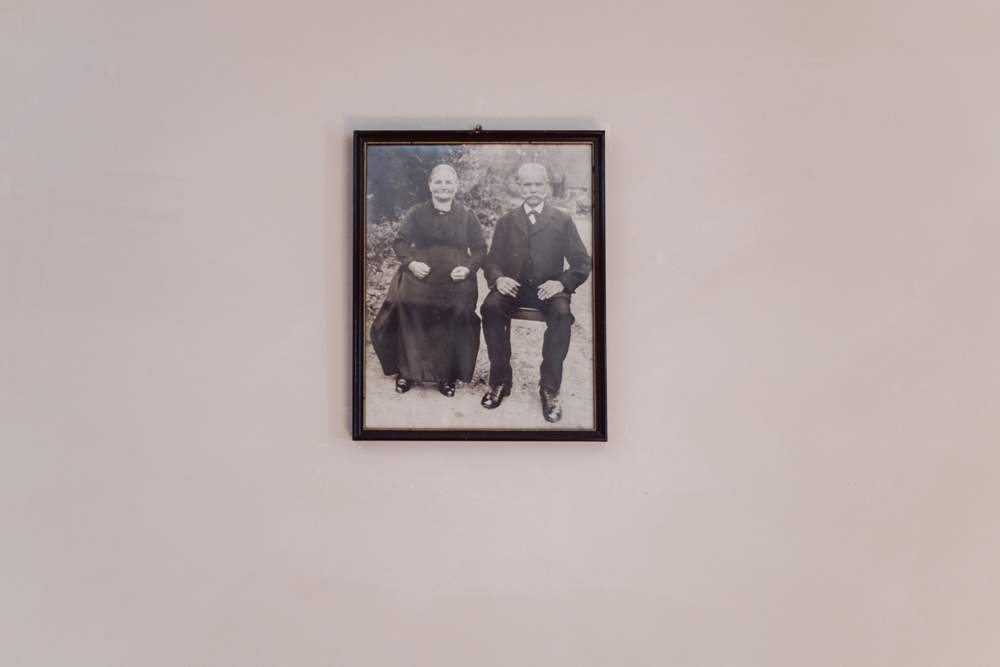 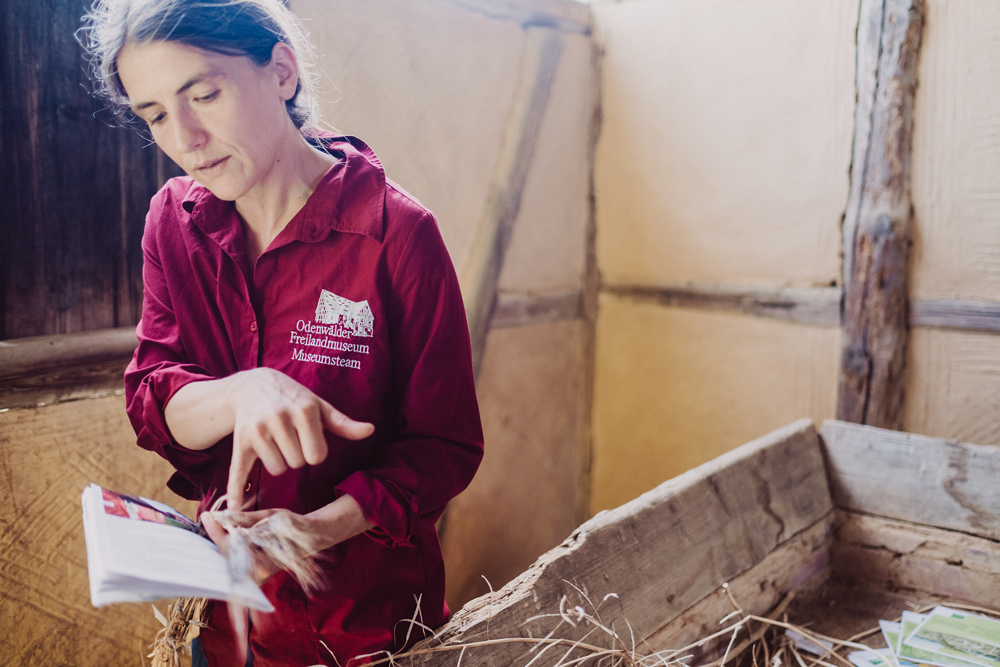 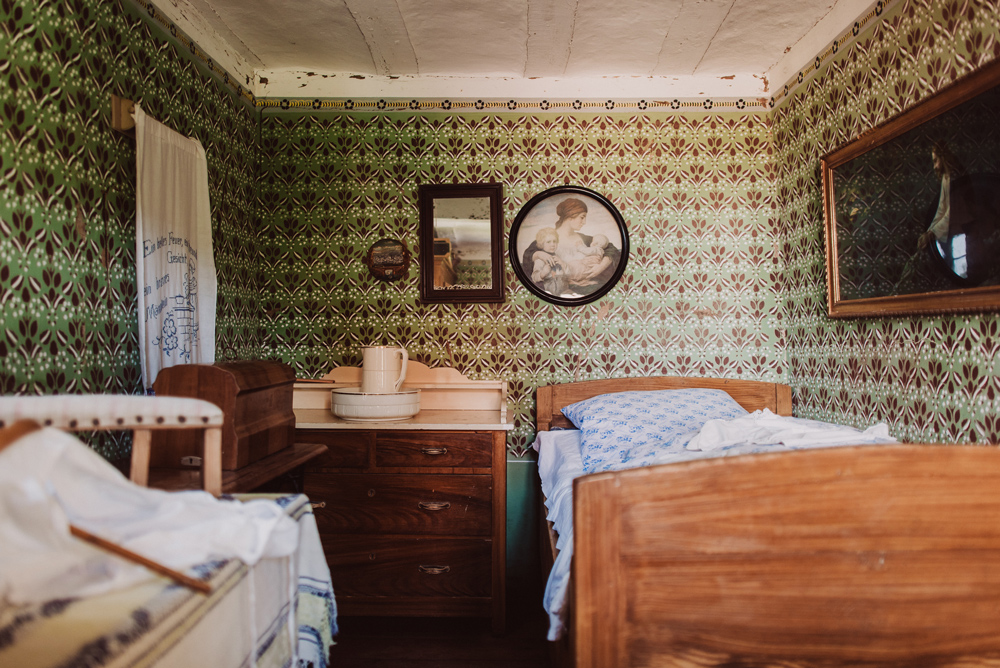 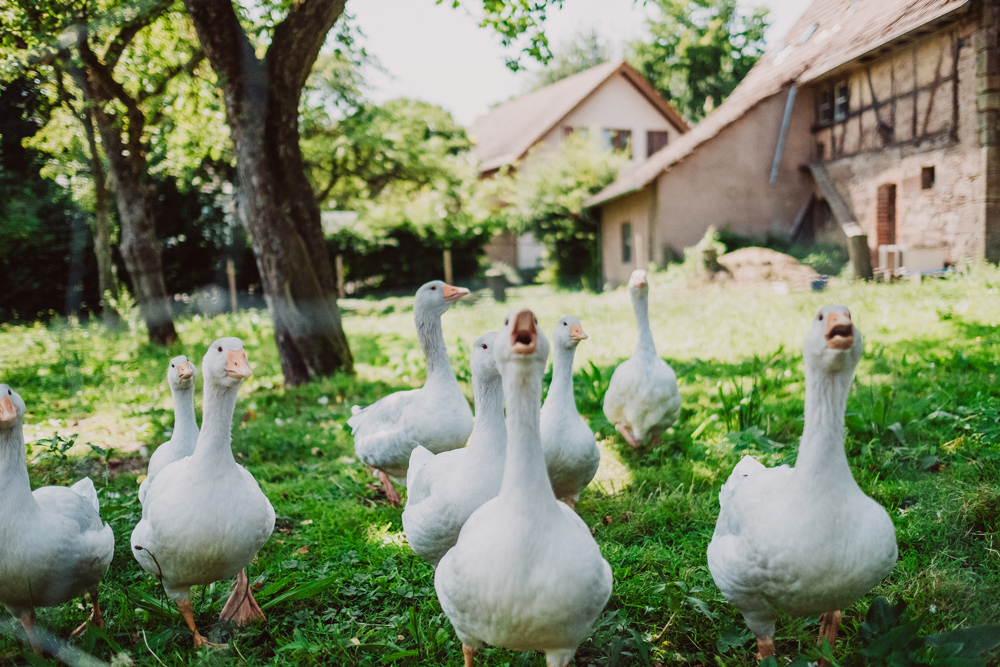 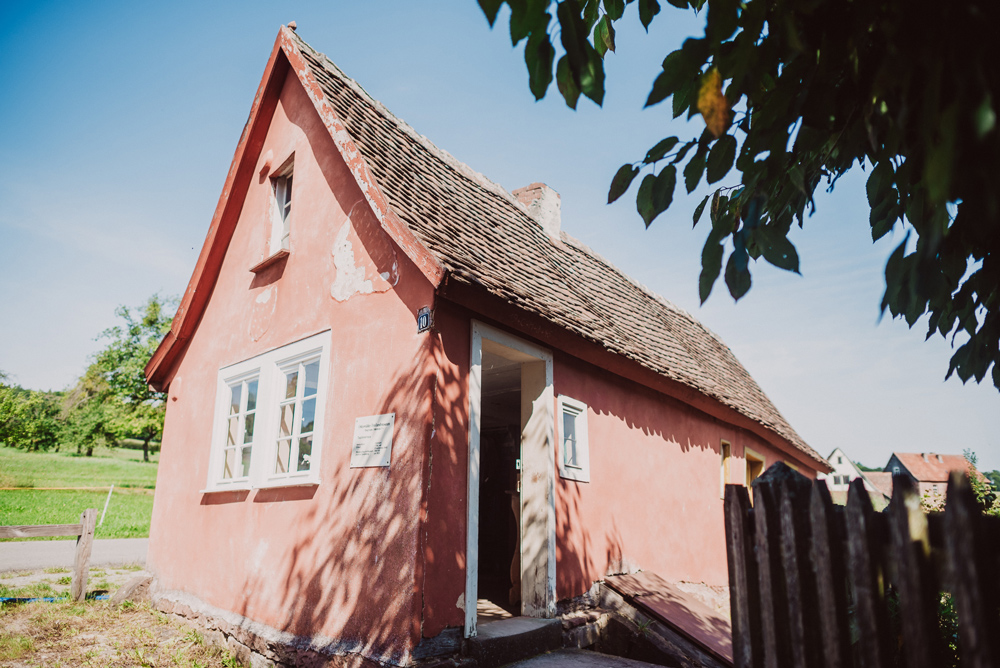 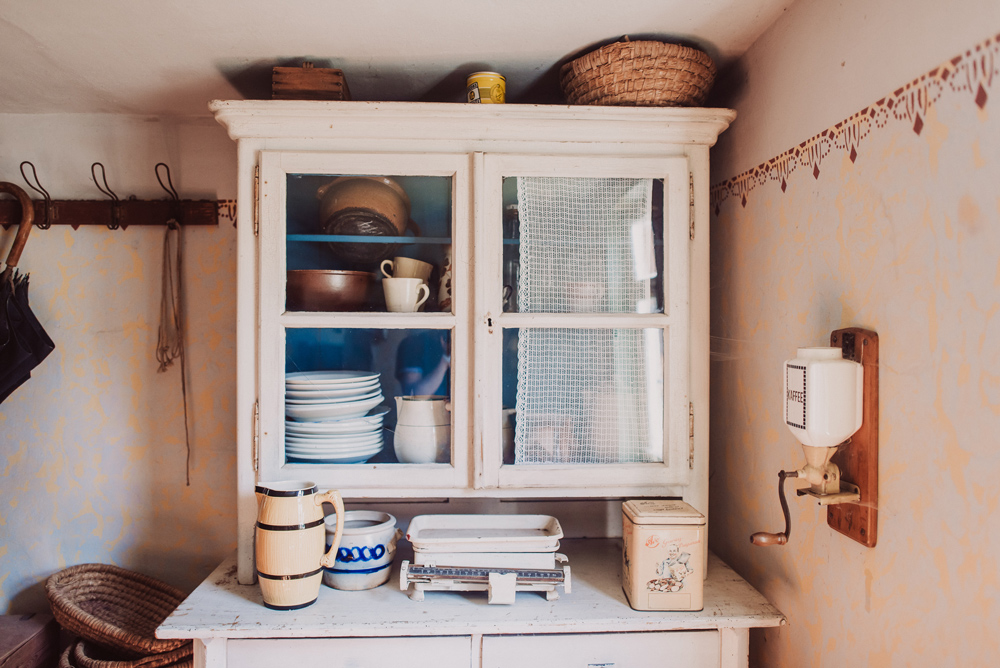 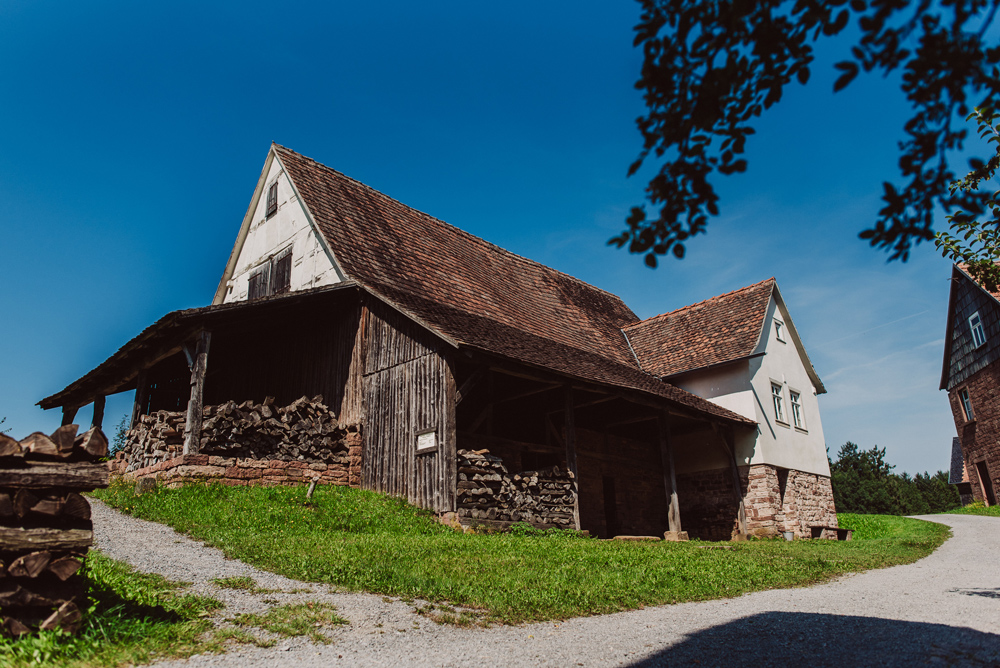