Fresh asparagus and bok choy, potatoes from the Palatinate and Middle Eastern delicacies – the weekly Mannheim market is as diverse as the city. On the Marktplatz (Market Square), located in the G-Quadrat (G square), one of the actual squares that the city centre is divided into, 60 suppliers offer fresh local products for sale three times per week. The market has been a central meeting point in Mannheim for over 400 years – for locals, tourists, gourmets and star chefs like Dennis Maier.

It is just another Saturday in Mannheim: Since eight in the morning, thousands of people push their way around the goods showcased in some 60 market stalls with colourfully-striped awnings that local merchants set up around the market square fountain in front of the historical Old Town Hall. On top of the fountain plinth, the statue’s four elements—Mercury, the god of commerce, Mannheimia, the goddess of the city, and the personified rivers Rhine and Neckar—watch over the hustle and bustle that has taken place here for over 400 years. 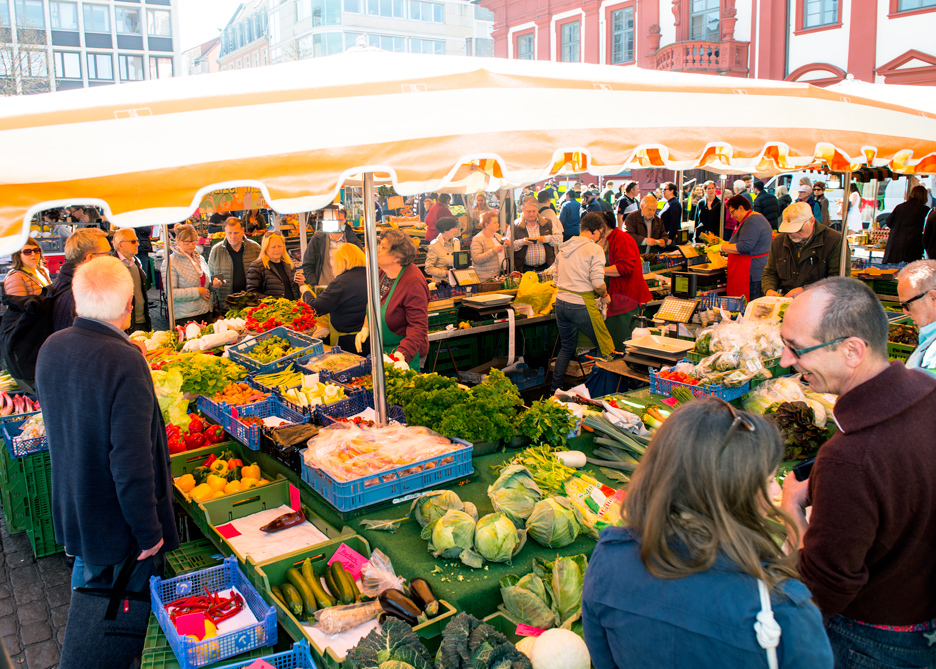 A central meeting point in Mannheim for over 400 years: the weekly market.

You can find fresh fruits and vegetables, meat, sausages and cold meats, dairy products, fresh herbs, delicacies as well as flowers. In early May, the goods display is dominated by fresh-cut asparagus and strawberries from sun-kissed fields. There is hustle and bustle, noise and great fun, and smells and tastes everywhere. Here, people do not only look and buy, they laugh, natter and chatter and talk lots of shop. 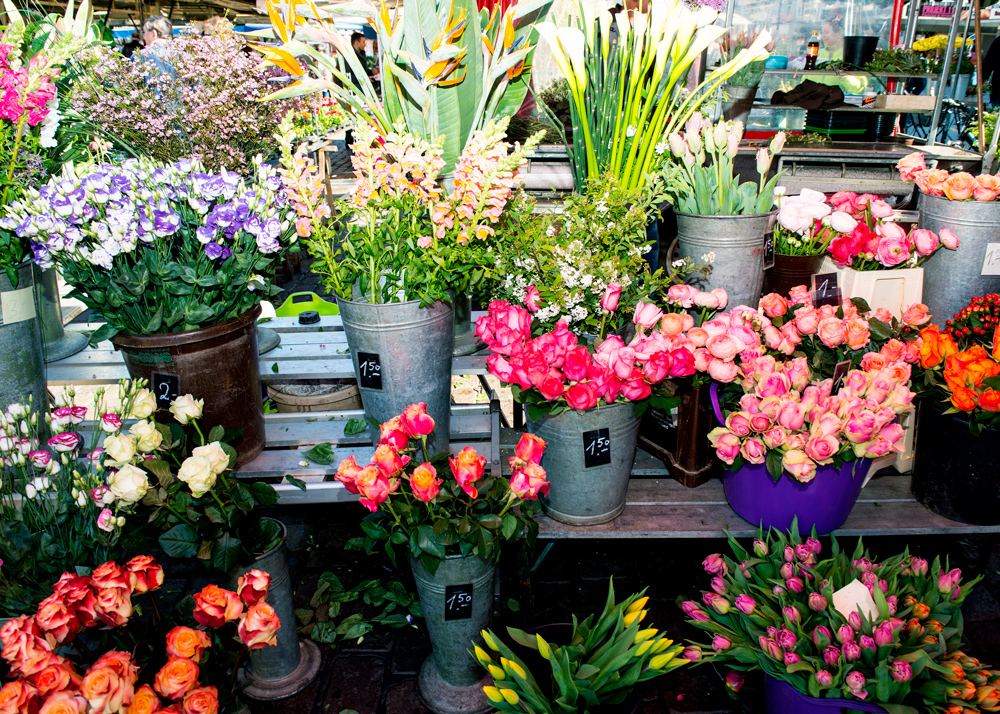 Dennis Maier examines the wares with the eyes of a connoisseur. “Mannheim is a paradise for asparagus enthusiasts,” says the star chef. A few-minute walk away from the Market Square, he runs the culinary management of the restaurant Emma Wolf in the basement of the shopping mall ‘Stadtquartier’ in the blocks Q6 and Q7. “To the south, Mannheim borders on the famous asparagus-growing area of Schwetzingen and to the north on that of Lampertheim. Thus, at the weekly Mannheim market to pick the very best of the world’s finest selections of asparagus, you are spoilt for choice.” 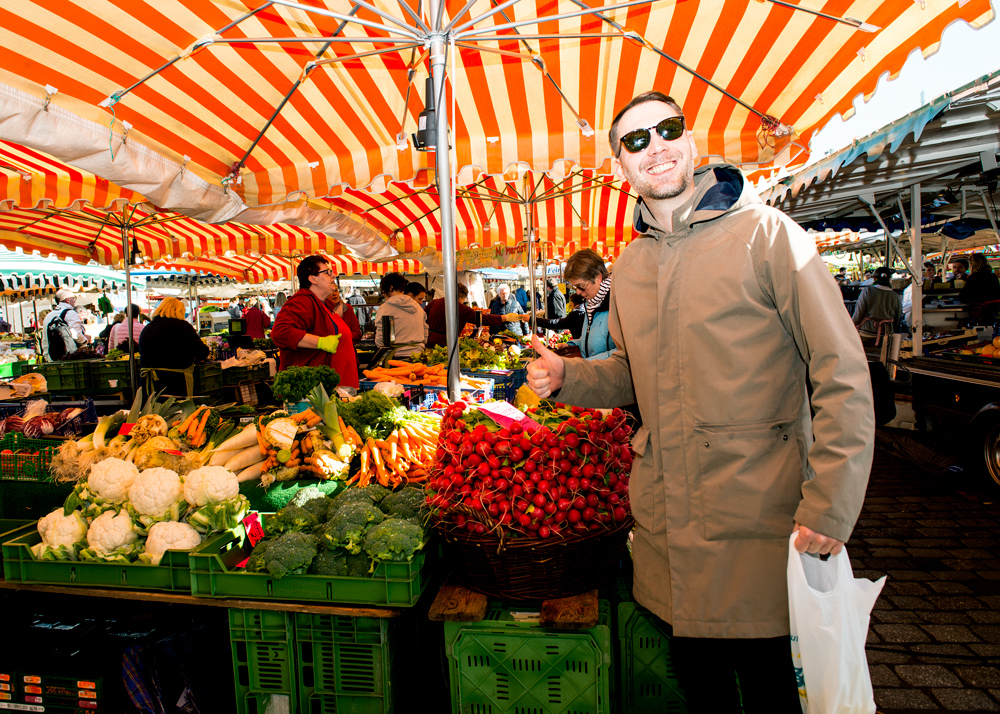 Star chef Dennis Maier examines the freshness of the products.

As a boy, Dennis went with his mother to the weekly market every Friday. “This was the day that the stalls were put up in the Mannheim part of town ‘Gartenstadt,’ at ‘Freyaplatz’ market square. I was born and grew up there and the market was a quiet event, compared to the main market here in the G square.” 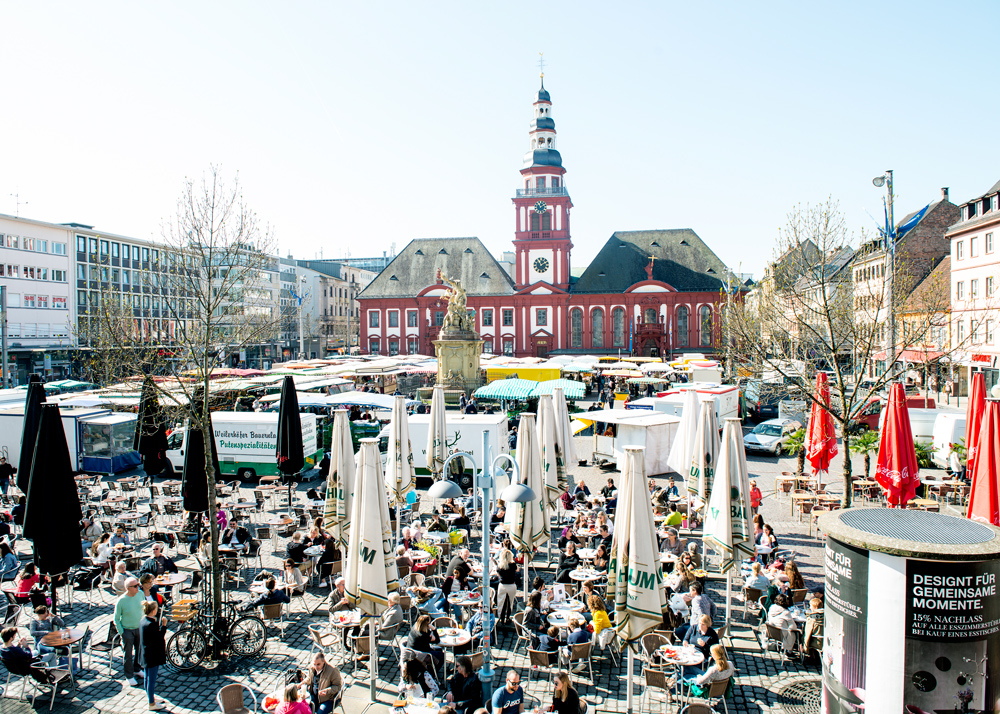 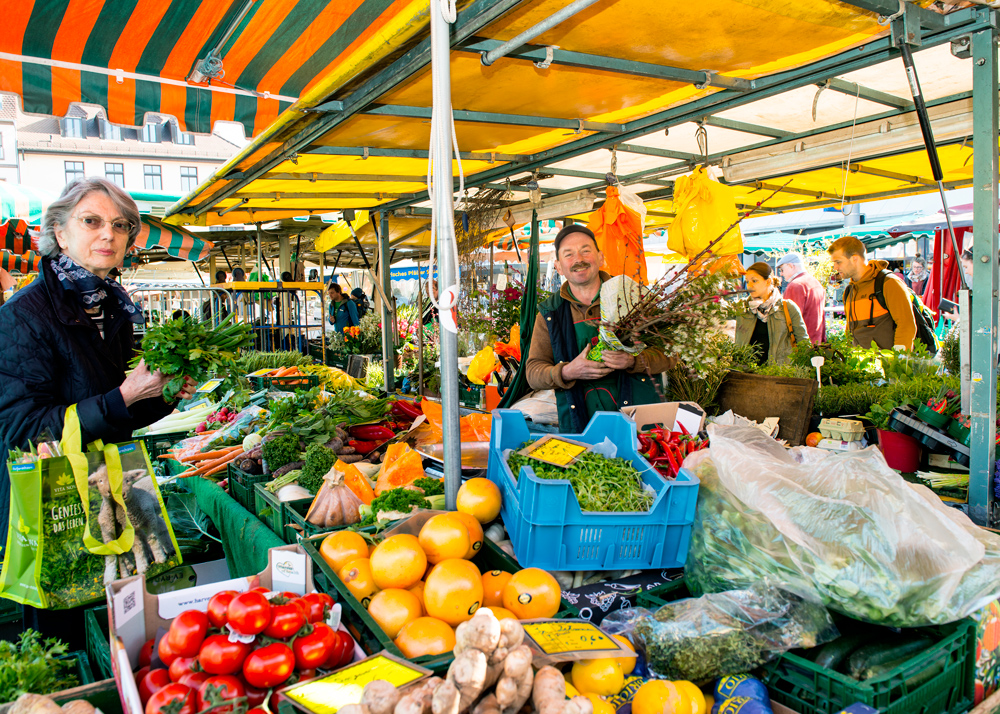 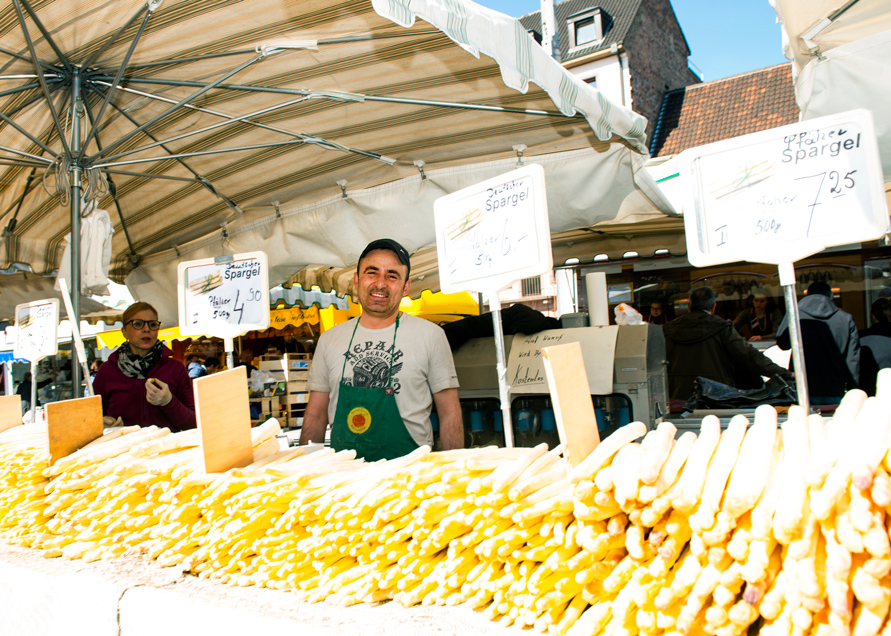 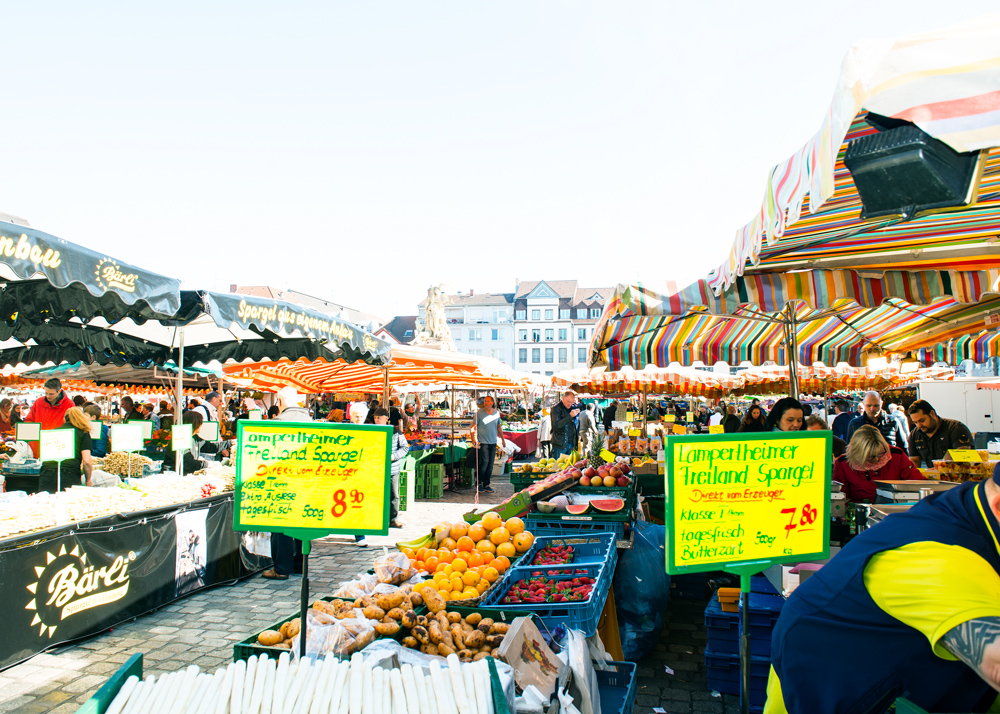 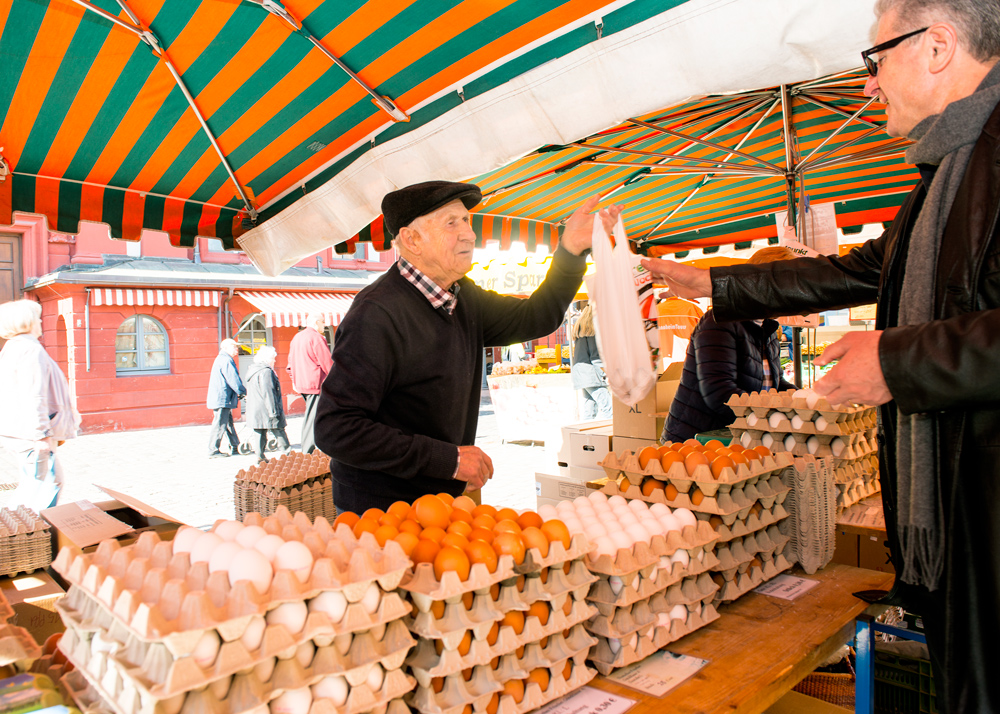 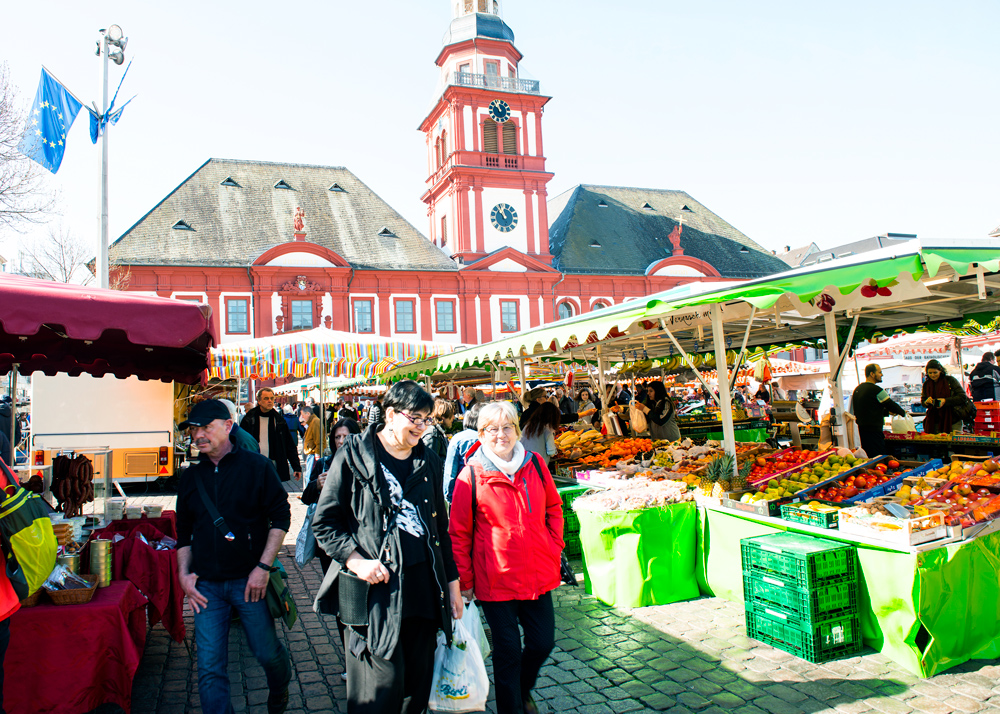 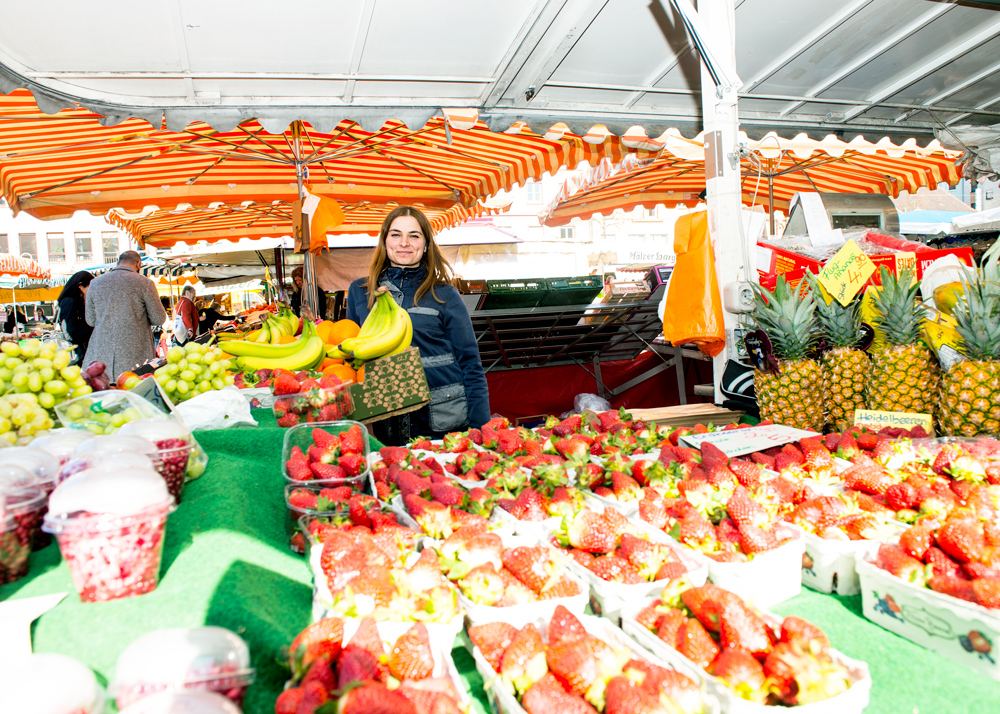 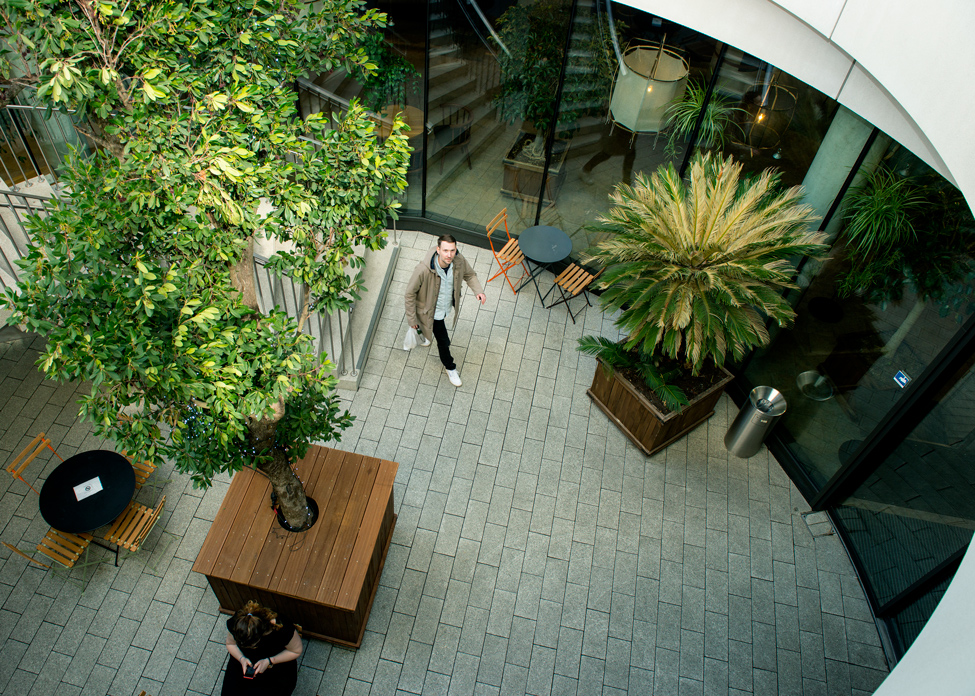 Quiet is what Dennis’ life is no longer after being awarded his second Michelin star in November 2017 – this time for the restaurant Emma Wolf that he designed in cooperation with the Mannheim restaurateur Ashkan Mahmoud. The Michelin Guide awarded the second star not only as an acknowledgement of his culinary skill but also of the exceptional gastronomic concept, which is an even greater appreciation in comparison with his first star achieved in 2015 at the Frankfurt restaurant Sra Bua. “We offer international high-end cuisine made with local ingredients in casual, urban surroundings in the basement of a shopping mall. In Germany this is unknown territory and we entered it.”

“It was not before becoming a chef that I became aware of what culinary diversity is and how much of it Mannheim has to offer.”

Using local ingredients for the dishes really matters to Dennis, be it at home or in the restaurant. “You can tell if the foods were grown locally, especially with fruits and vegetables. Products that are harvested unripe and transported over long distances are never up to the standard of ripened, local products in taste. Therefore, my team and I bottle many foods during the season – just like in grandma’s days.” 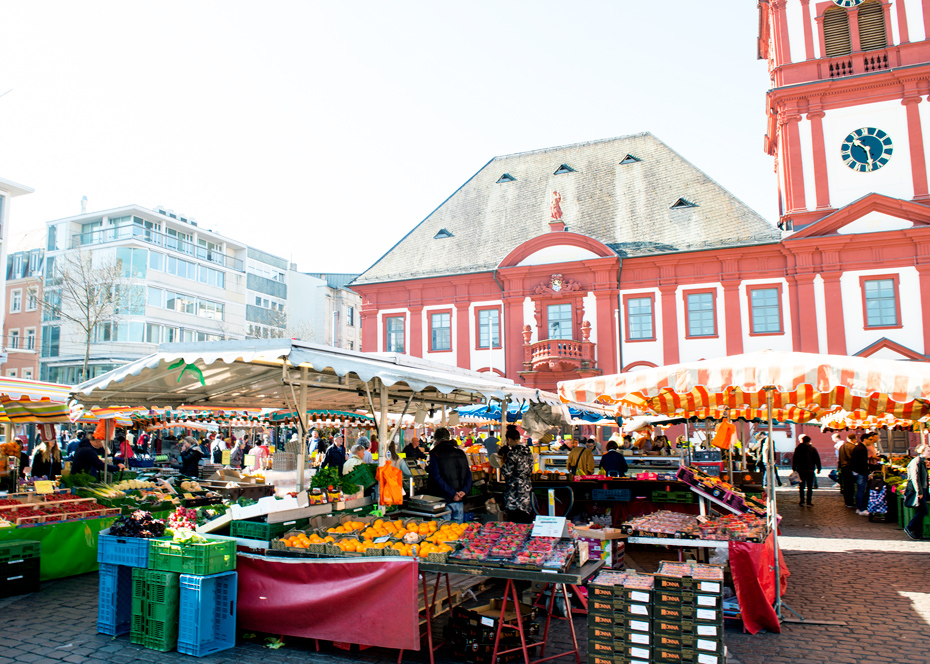 It is no accident that the restaurant Emma Wolf is named after his grandma, who migrated to Mannheim from the Sudetenland after the war. “Her recipes and garden vegetables have left their mark on me. I particularly loved the freshly-harvested peas.” 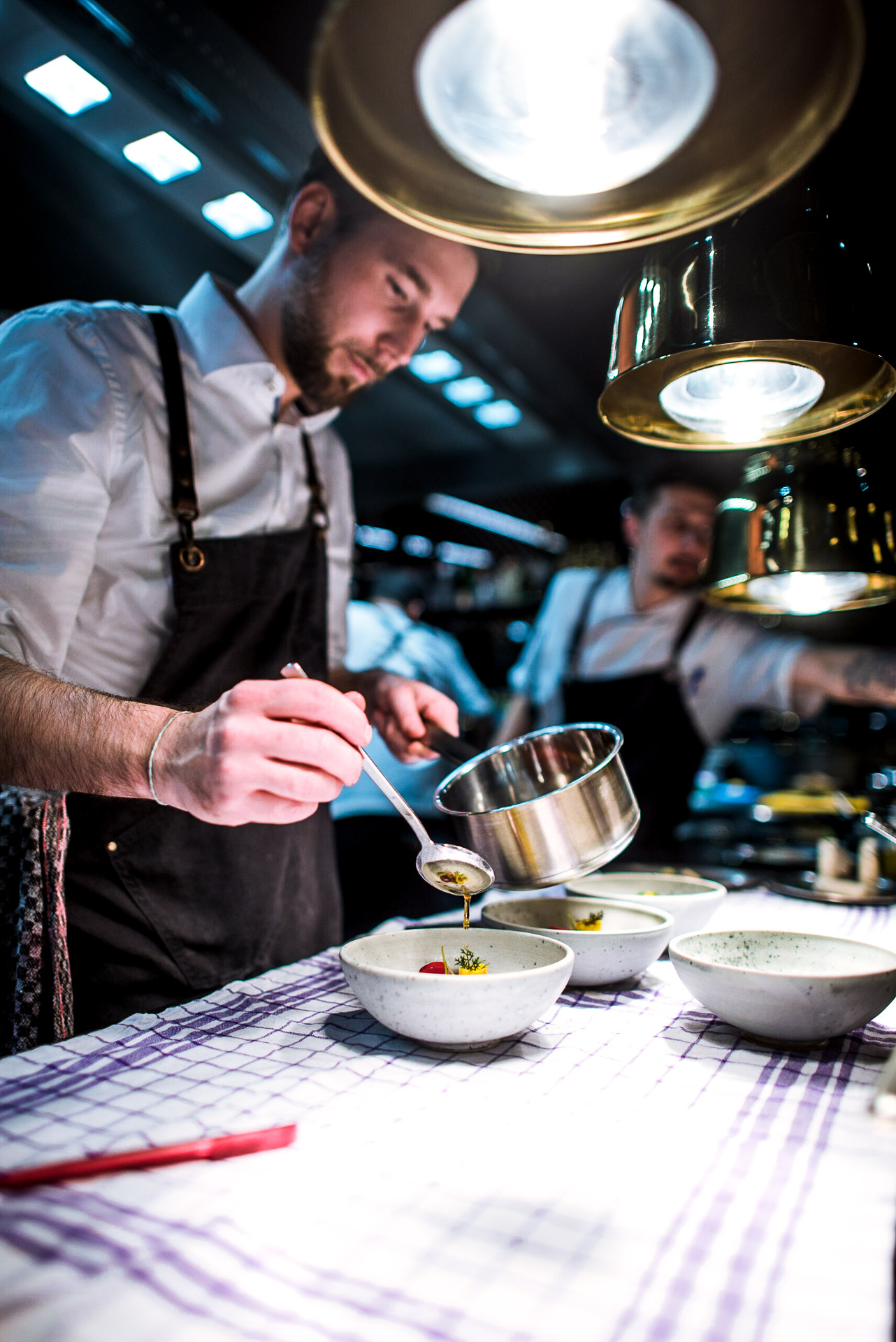 Dennis Maier at the serving in the restaurant Emma Wolf. Photo: Sebastian Weindel

On Tuesdays, Thursdays and Saturdays, the weekly Mannheim market provides everybody with the best in-season foods – across generations, for visitors, newcomers and the old-established likewise. The market is traditional and modern at the same time and reflects the city, the region and the people that live here. People from 178 countries live and work within the city boundaries – there is no other town of this size where you can discover the delights of such a diverse culinary landscape. So, the range of goods bears the trademarks of both the region and the great wide world. Right behind the Market Square is a quarter that locals call ‘Little Istanbul.’ A series of Turkish barbecue restaurants, grocery shops and kebab joints stretches across several squares. Everyday, fresh fish and lamb, sweet or savoury baked goods and exotic spices are on offer here. Overstepping boundaries is natural for Mannheim locals – a glance at the shopping basket reveals open-mindedness: the Palatinate delicacy ‘Pfälzer Saumagen’ and eggs from Baden next to pickled garlic feta cheese and marinated bloody hot lamb chop next to creamy Burrata. 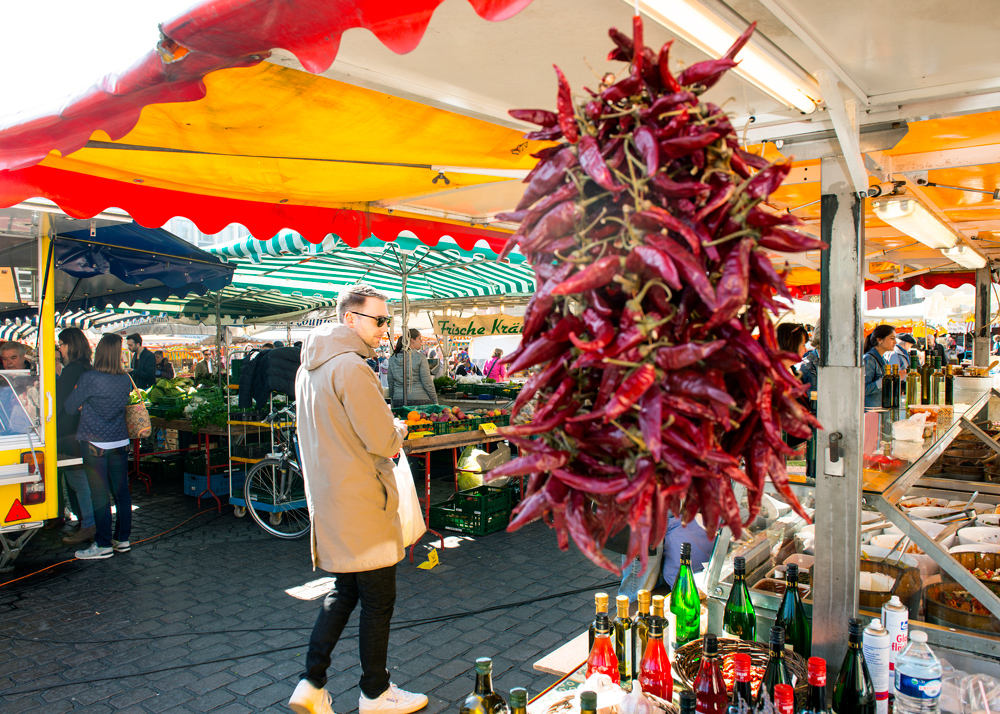 “It was not before becoming a chef that I became aware of what culinary diversity is and how much of it Mannheim has to offer,” says Dennis. He continues with a smile on his face: “My passion for fine food somehow came about from my indifference towards school lessons. I preferred seeing friends – we would play rap music and get involved in break-dance and graffiti. During a work experience class in a pub in the Mannheim part of town Feudenheim I realized, how great a thing the work in the kitchen was. It was a long way to go, however, from that point to my current notion of gourmet cuisine. A way that would guide me across Mannheim first, then into the Palatinate, to Hesse and as far as Majorca and Abu Dhabi.” 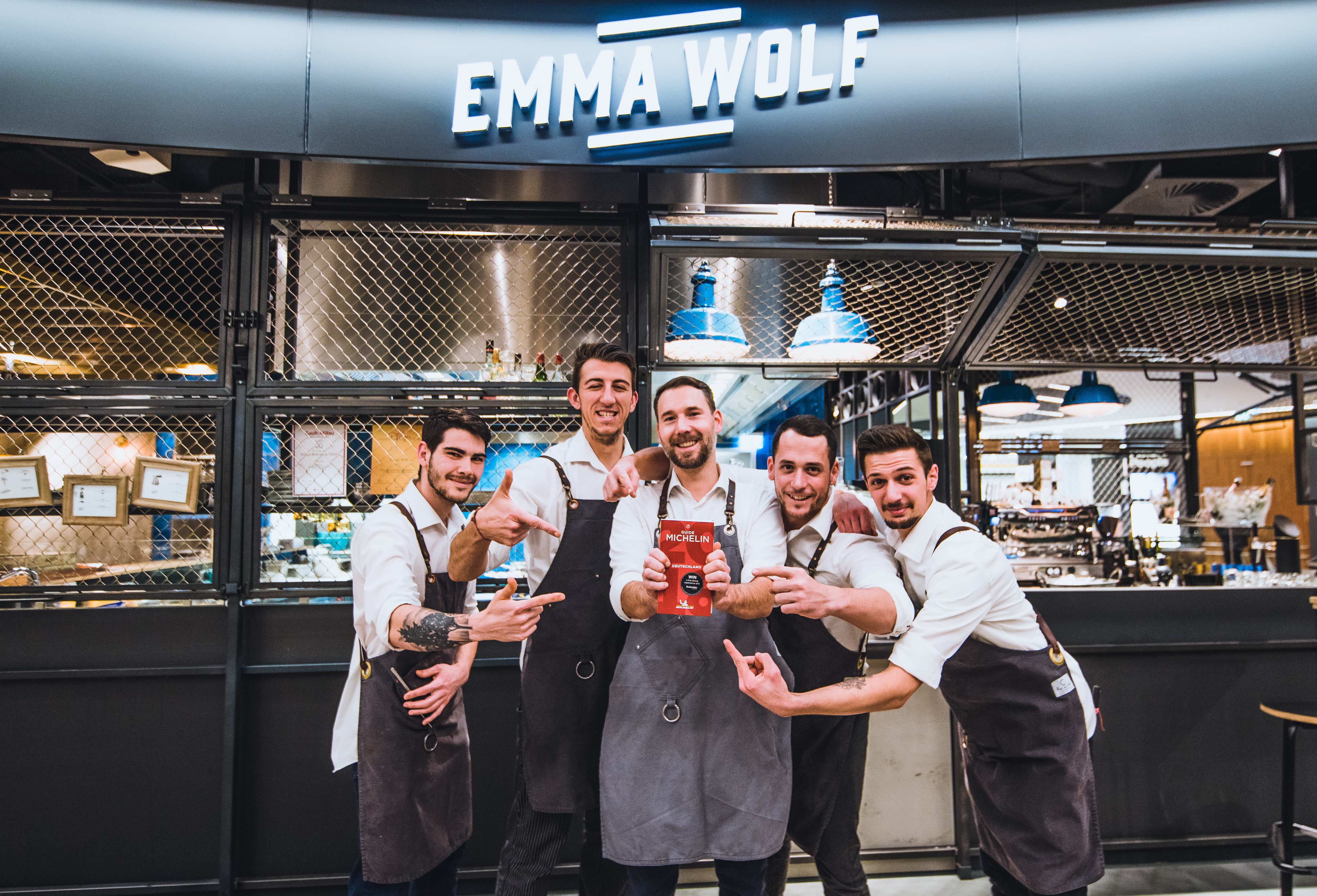 Emma Wolf & The Cooking Gang are happy about the Michelin Star.

Dennis has gained many impressions in all those distant gourmet cuisine kitchens. However, he has found out one thing: Mannheim is his town. “When I walk across the market here and meet friends and family, hear our dialect and several other languages, then I feel at home.” And this is why you catch him and all the other Mannheim chefs at a place, where everybody meets on a Saturday: at the market. 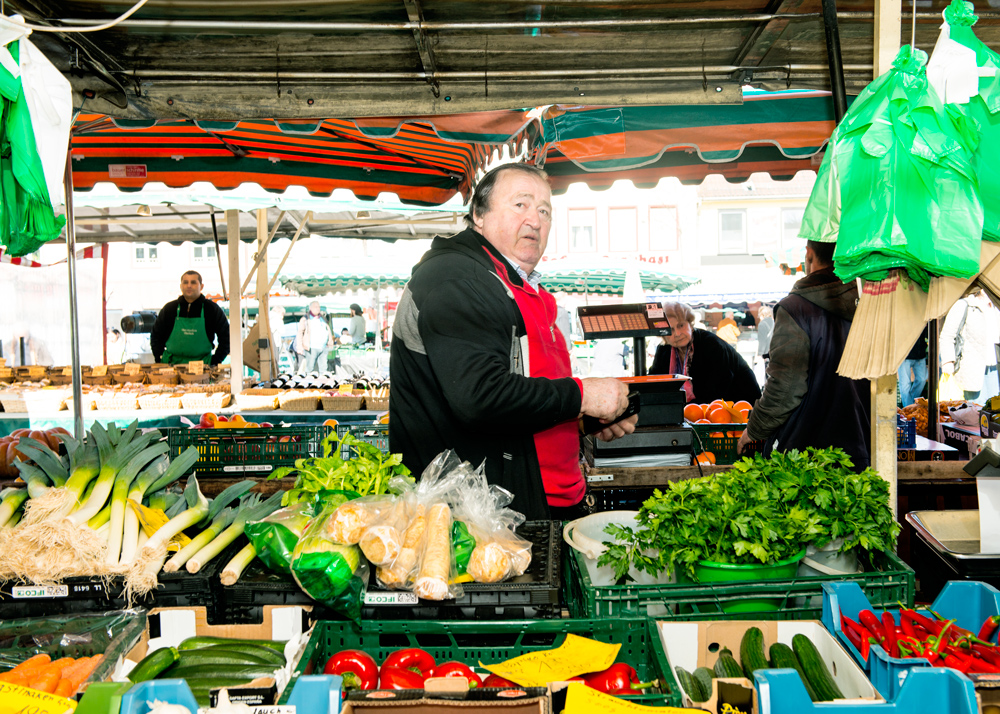 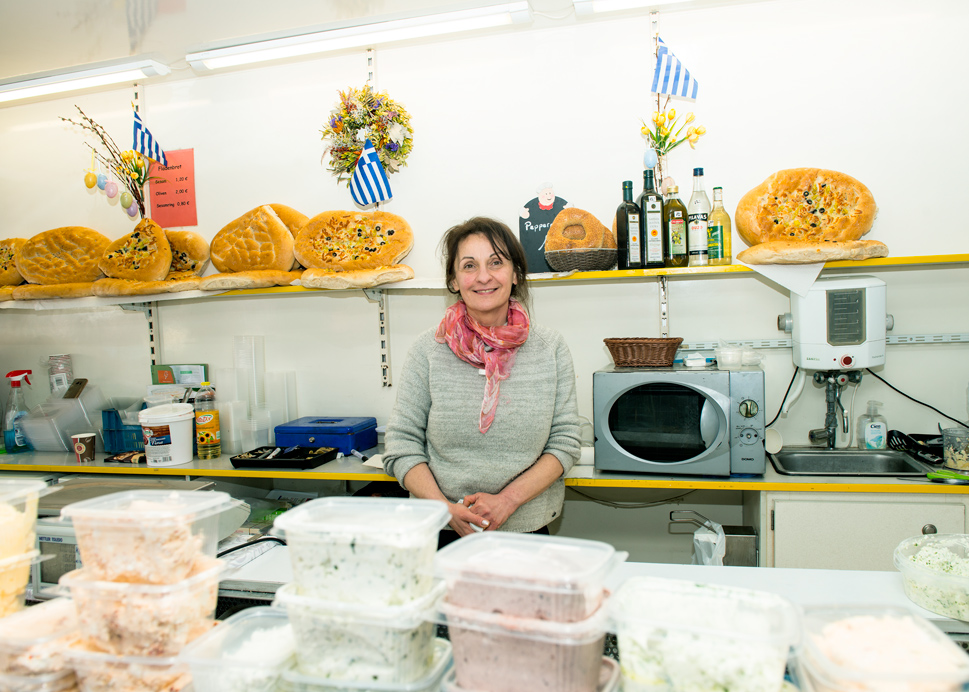 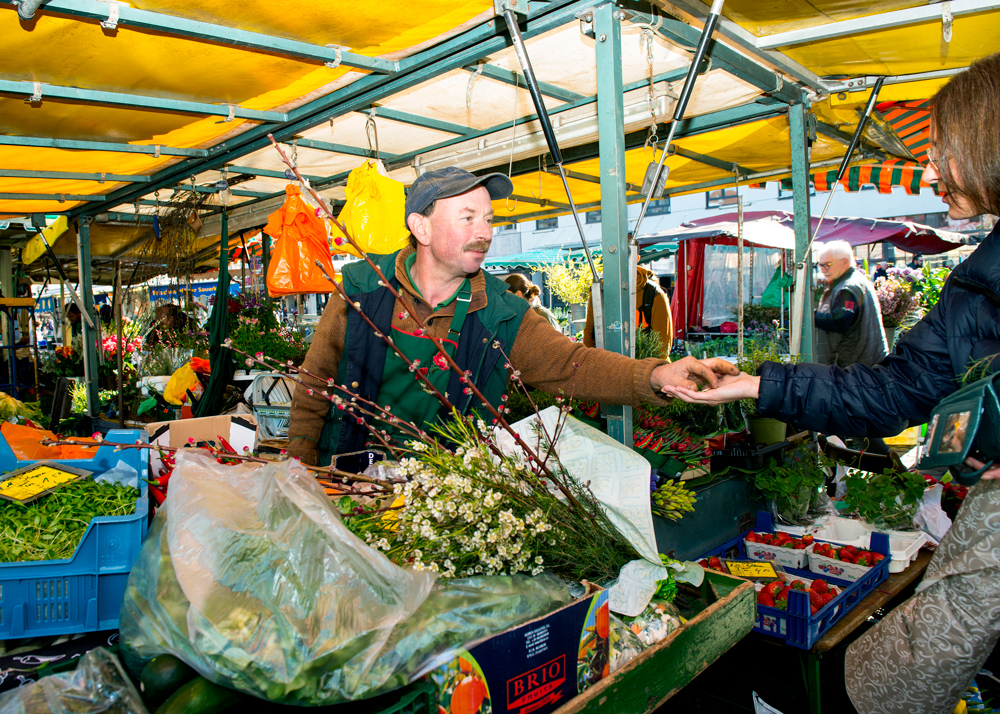 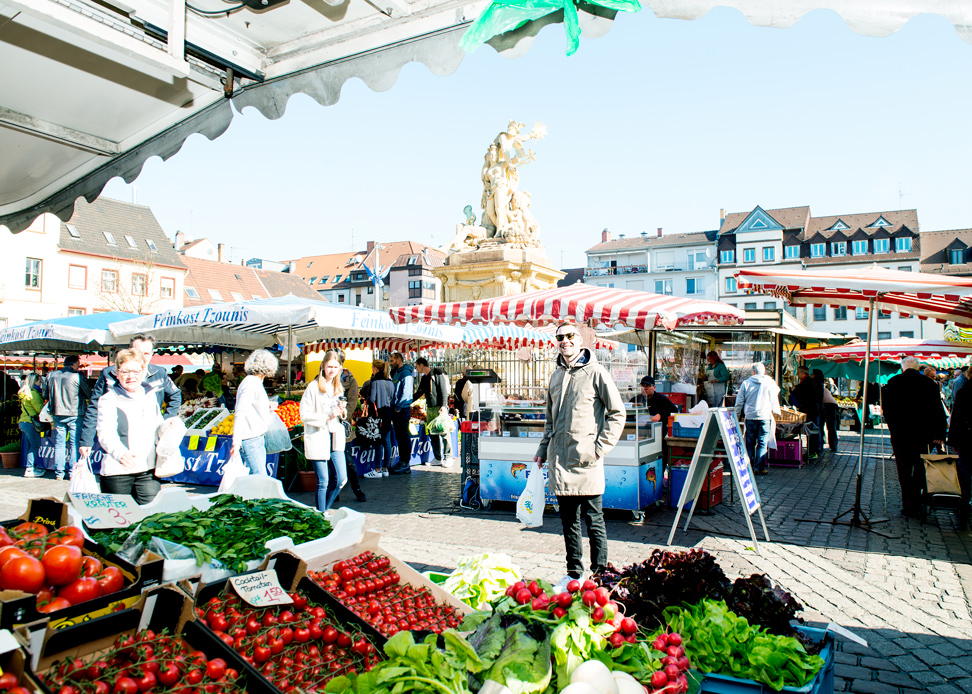 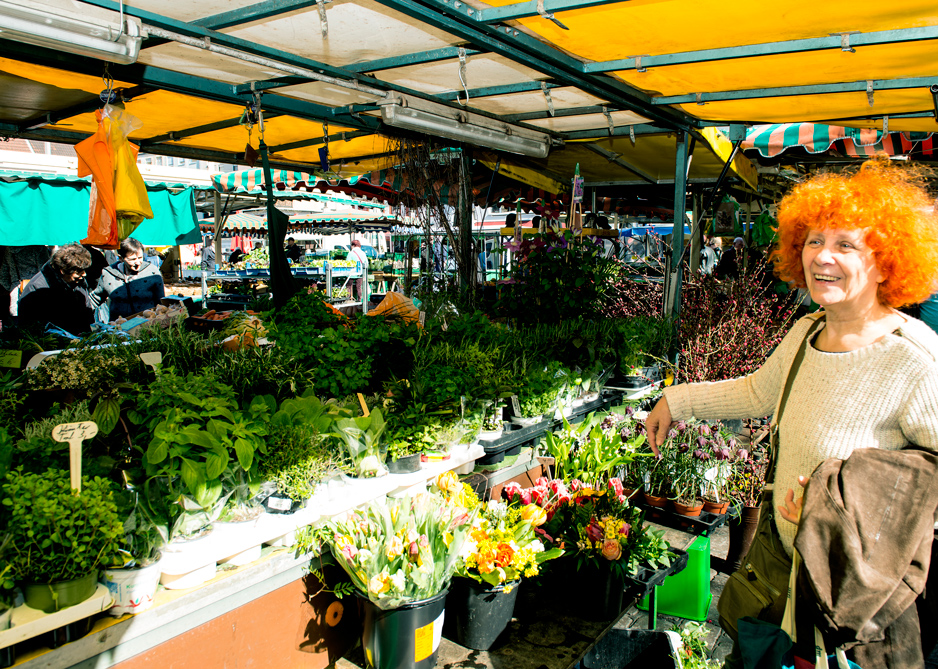 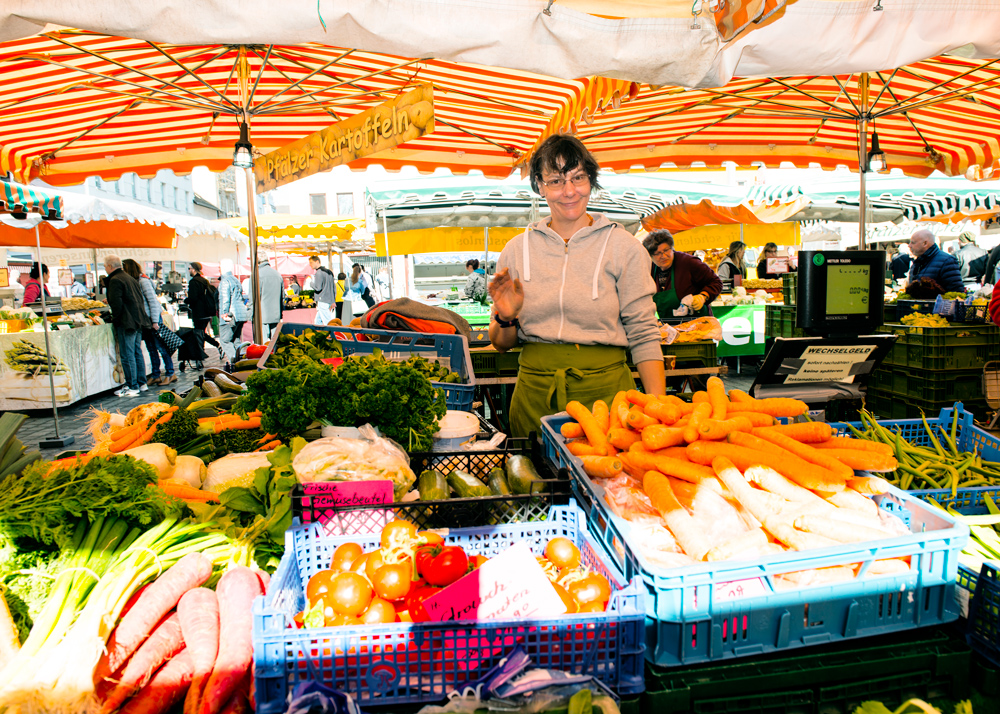