The Niederbronn Sisters ran a convent in Esthal in the Palatinate for decades. Today, the huge building complex is run as a guesthouse by a Polish priest. Jaroslaw Krzewicki wants to turn it into a place that seems both accessible and remote to its visitors.

As the winter light shines through the windows, the church begins to glow inside. Architect Heinrich Hebgen designed a huge floor-to-ceiling wall made of stained glass for the Sisters of the Divine Redeemer in Esthal in 1951. As soon as the sunlight shines through the glass, the huge nave is filled with an inviting and warm atmosphere. “This has always been a very hospitable place,” says Jaroslaw Krzewicki, the current landlord of the St. Maria convent in the Palatinate as he looks at the bright windows. “And we want to keep it that way.”

As if to reinforce this, the Polish priest has had a meal prepared for the visitors not far from the nave. A vegetable soup is steaming on a table in the dining room. The convent appears simple, almost barren as you enter its long corridors. They lead to countless guest rooms, dining rooms, bedrooms, lounges, meditation rooms, chapter rooms and dining halls. During your stay here, you can use the library, an assembly hall and a banquet hall as well. Three meals per day are cooked in the bright large kitchen, which used to be part of a housekeeping school that was run by the Niederbronn Sisters. Meals can be booked as an extra on top of the room flat rate. You can do one of the countless hiking routes starting from the convent, for example the route to the Wolfsschluchthütte mountain hut, the Weidenthaler Badeweiher bathing pond or Spangenberg Castle. The Cuckoo Railway passes by the neighbouring municipality of Frankeneck. And to mention yet another trip opportunity, Esthal is also part of the Palatinate Way of St. James.

Jaroslaw well remembers the first impression the convent left on him: “I immediately thought that this house is a good place to put some daylight between yourself and the rest of the world and yet it is located not too far off the beaten track,” says the Catholic theologian and smiles. The convent is located on a plateau with an orchard and a huge garden, but at the very end of Esthal and the access road, where the Palatinate forest grows dense and denser. At the same time, the next town is not far away; Neustadt is only a 20-minute car ride away. 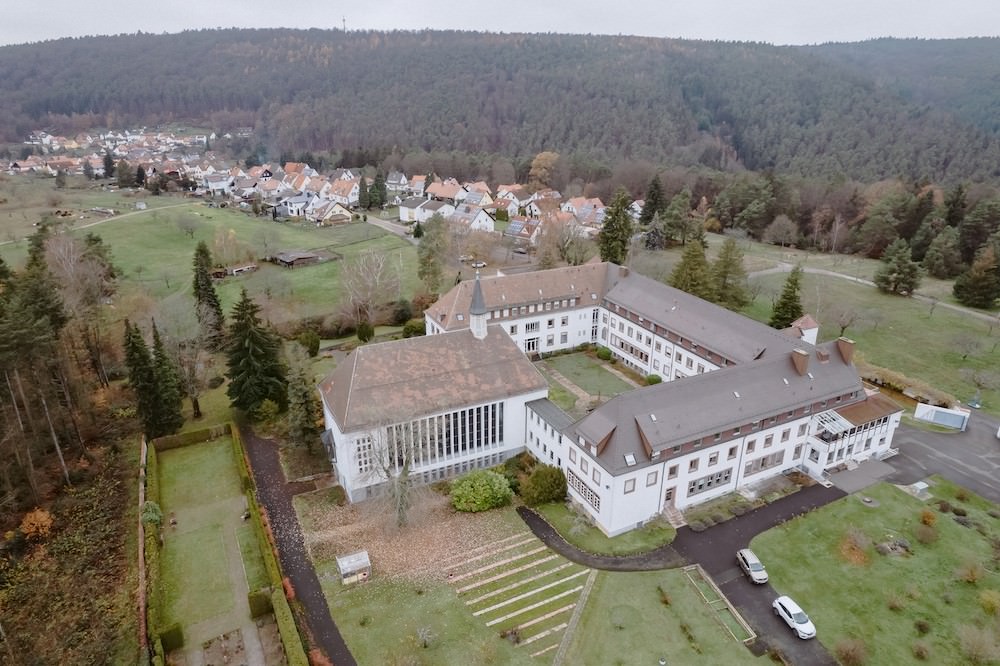 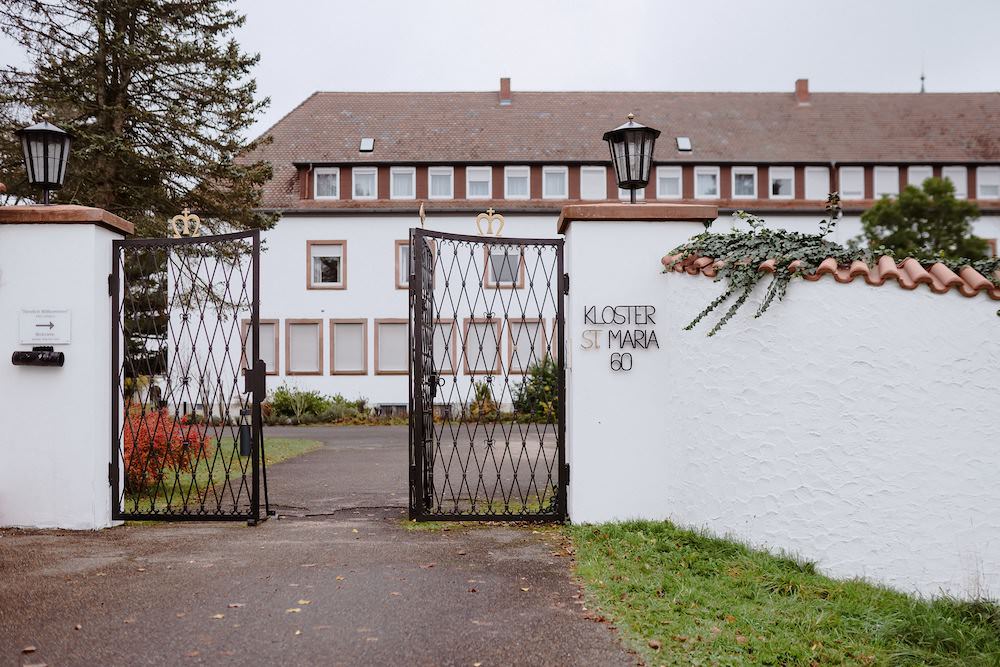 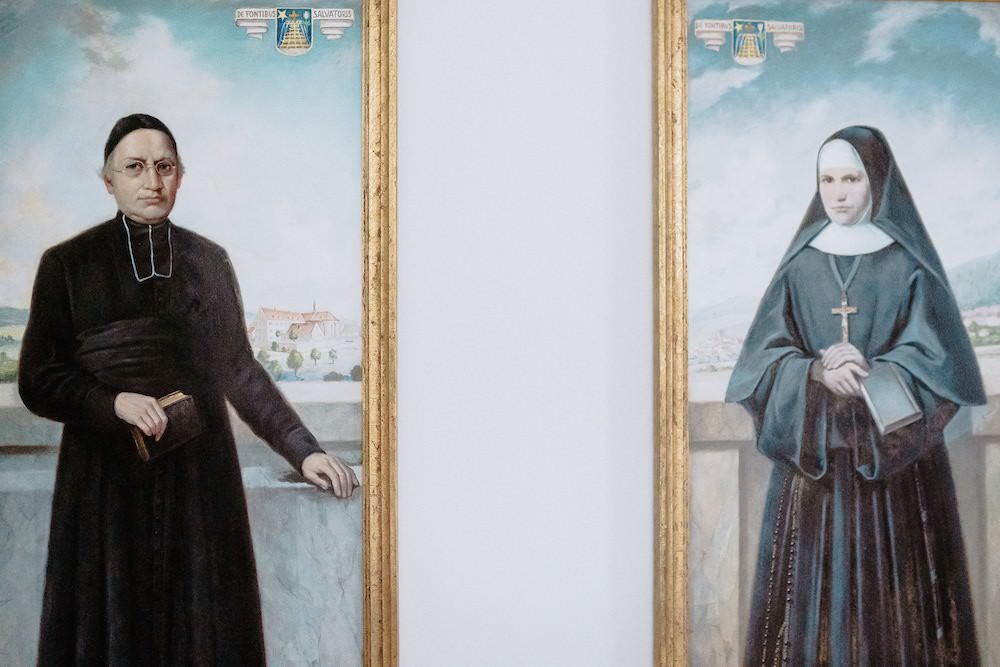 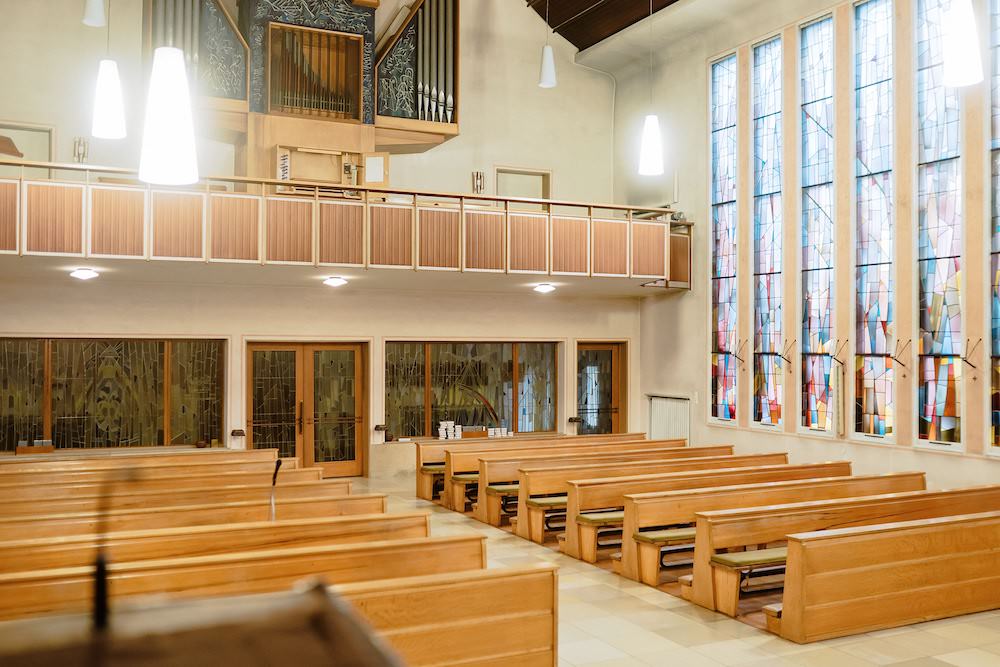 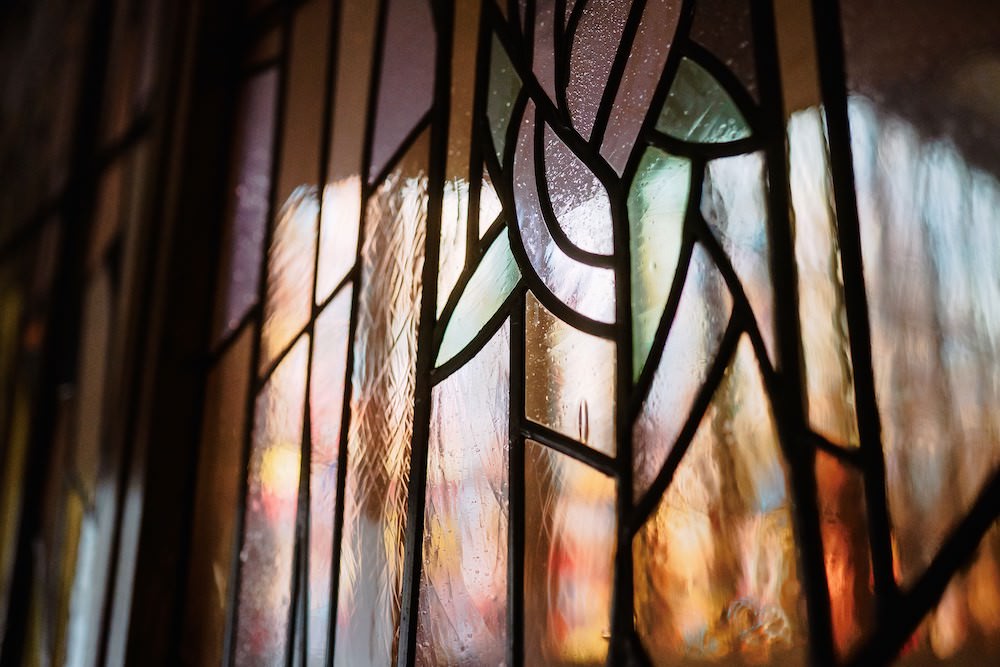 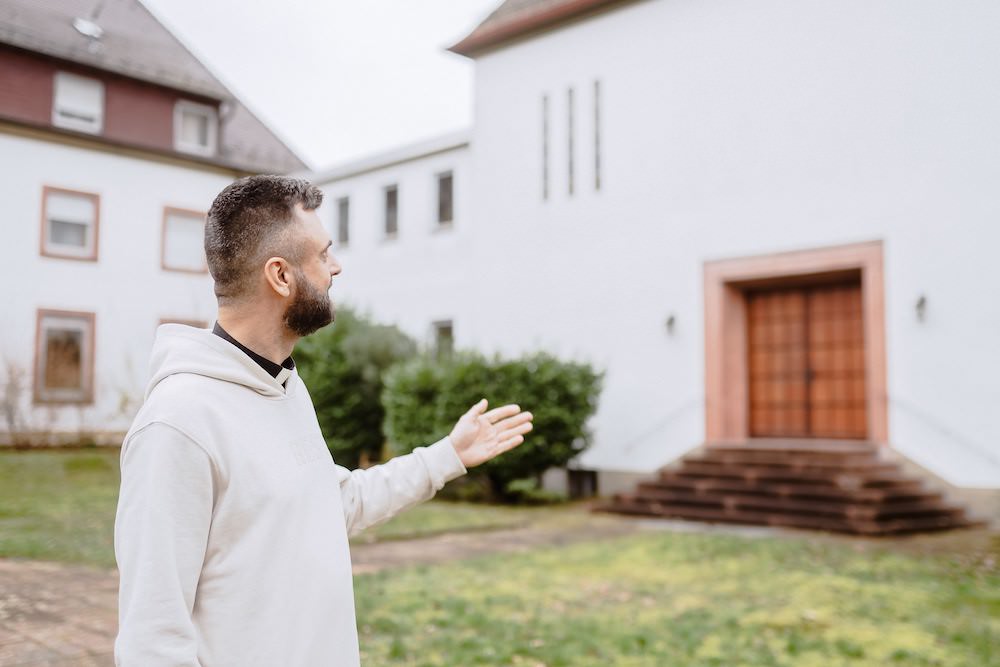 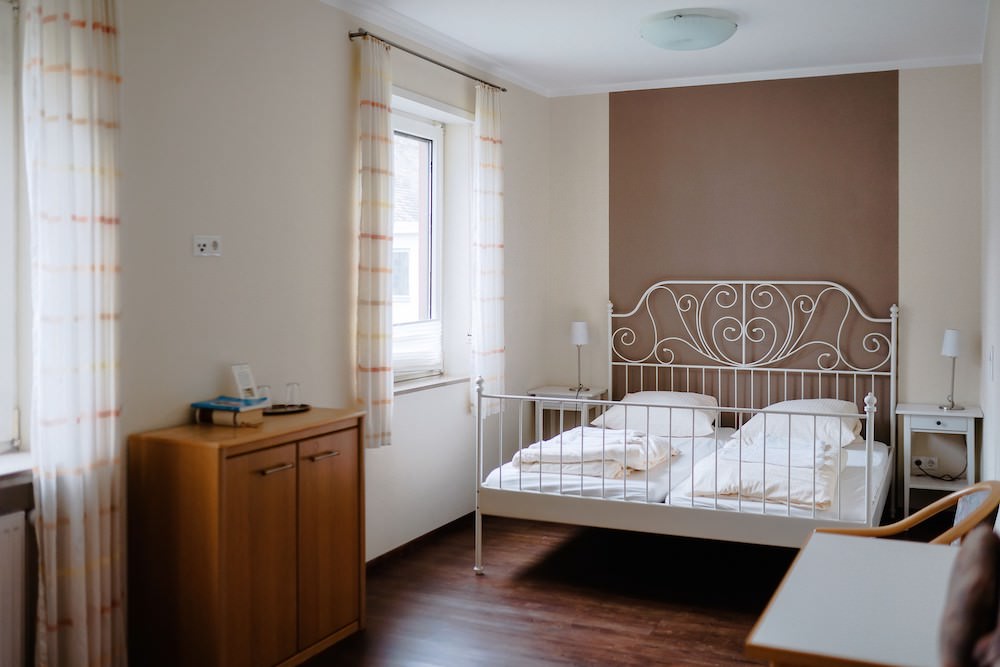 ...as a guesthouse and seminar and conference venue. 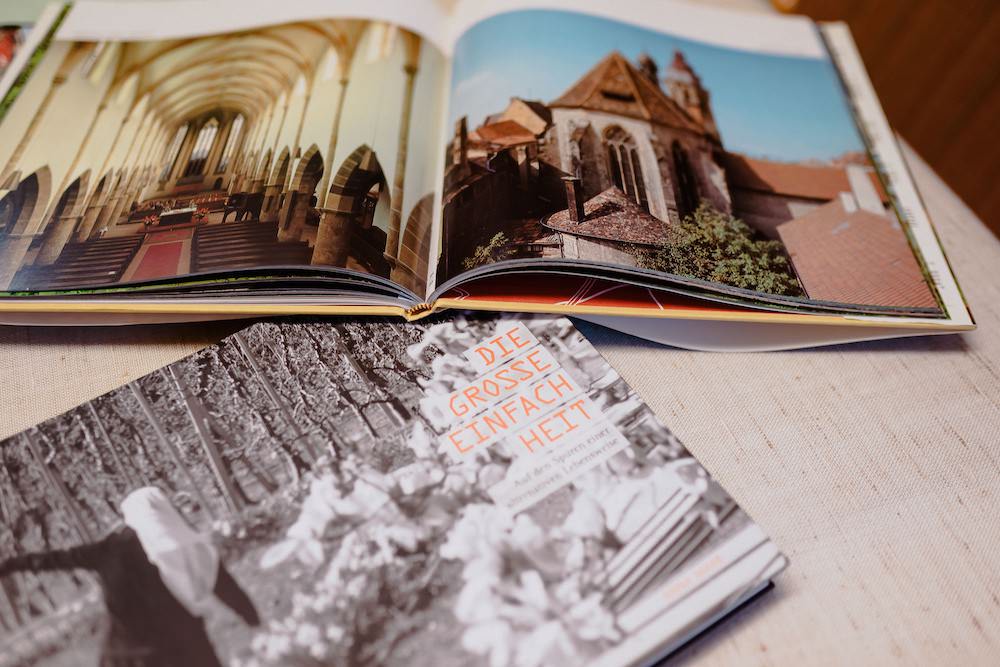 Jaroslaw discovered the convent by a stroke of fate, as he says. He does not believe in coincidences. Two Polish partners wanted to buy it from the nuns in 2019 and initially consulted him only as an advisor. Now after a long odyssey, he is the sole managing director of Europäisches Haus Esthal GmbH. The company wants to continue running the listed, square-shaped complex as a guesthouse and seminar and conference venue.

The convent should remain a place of prayer

Equipped with a bed, a chair, a desk and in some cases with an armchair the rooms are quite sparsely furnished and they are kept very clean. Most of them have en-suite bathrooms, however, not all of them. It is precisely this simplicity that visitors appreciate, says Jaroslaw. Simplicity is what the nuns had in mind as well. People who rent a room in this complex are not looking for luxury or wellness facilities. Instead, they want to experience peace and quiet. Perhaps pray. And go for a walk in the forest. “Seminar groups, for example from the diocese of Speyer or from the academy for forest bathing, regularly rent rooms here,” says the convent manager. He is wearing a hooded sweatshirt over his black priest shirt showing a memorable inscription: “Restart – focus on the future”.

“9 November 2022” is written on a calendar page in the sacristy. It was the day the last four remaining aging nuns left Esthal for good to work elsewhere in their order. Jaroslaw, auxiliary bishop Otto Georgens and other priests gave the farewell service attended by a large number of locals. “I would have been very happy if the nuns had stayed.” What is certain is that their attention and care have remained in many places here: The missals are neatly laid out; the endless rows of wall cupboards are filled with literature, crockery and candles. The nuns left behind not only all the inventory required for the operation of a convent, restaurant, hotel, guesthouse and seminar business, but also paintings, sculptures and old furniture. In the greenhouse there are pots and potting soil for next spring. The corridors are lined with home-grown potted plants. A Marian column sits enthroned in the inner courtyard. It was made in the workshop of the Maria Laach monastery and gifted to the nuns by the architects.

Elisabeth Eppinger, Mother Alfons Maria as the order calls her, founded the women’s community in Bad Niederbronn in the Alsace in 1849. The nuns cared mainly for the poor, the sick and the disadvantaged right from the beginning. They have worked in Esthal for exactly 100 years—they had already run a small nuns’ station here from 1922 and were involved in outpatient nursing, in the children’s day care centres and in the sewing school before the decision was taken to establish a convent in 1950 and open it in 1959. Some 235 nuns used to live here. Many of them spent their twilight years in Esthal. The order’s own cemetery bears witness to this.

“The locals of Esthal are closely connected to the convent,” Jaroslaw explains. Then he goes on to show us the café, where they serve coffee and cake, but also eggs from the convent garden. “The chickens were one of my first purchases.” Jaroslaw talks about getting the vegetable garden going again one day and about possibly buying horses. But then he pauses and shakes his head, because for the time being the priority is to get the guest centre, which was running well before the coronavirus pandemic began, up and running again despite the enormous energy prices.

The convent manager was born in Paszkуw in the Polish province of Opole in 1972. He was also ordained a priest there in 1997. Before coming to Esthal, Jaroslaw studied canon law and secular law and earned two doctorates. He worked in the diocese of Rieti as a parish priest, dean, curial official and vicar general. He is a lecturer at the Pontifical University of Saint Thomas Aquinas in Rome and at the University of Warsaw. In Esthal he works as a manager, designer of ideas, administrator, receptionist, contact person and priest: “The convent should also remain a place of prayer,” Jaroslaw believes. He plans to celebrate devotions in Esthal. His goal is to both continue the legacy of the nuns and gradually develop the institution. “The great remoteness of the place offers a way of looking at things,” he says and goes on to explain that from a bird’s eye view, you see not only the seemingly endless Palatinate Forest, but also note that Frankfurt, Heidelberg and Strasbourg are not far away. “Esthal is situated at the heart of Europe.” One day, conversations, seminars and events on Christian and European values could be held within these convent walls. In any case, the priest has already contributed to social cohesion by taking in a family of ten from Ukraine. They help keep the business running, and they have found a home in the peace and quiet of the convent. 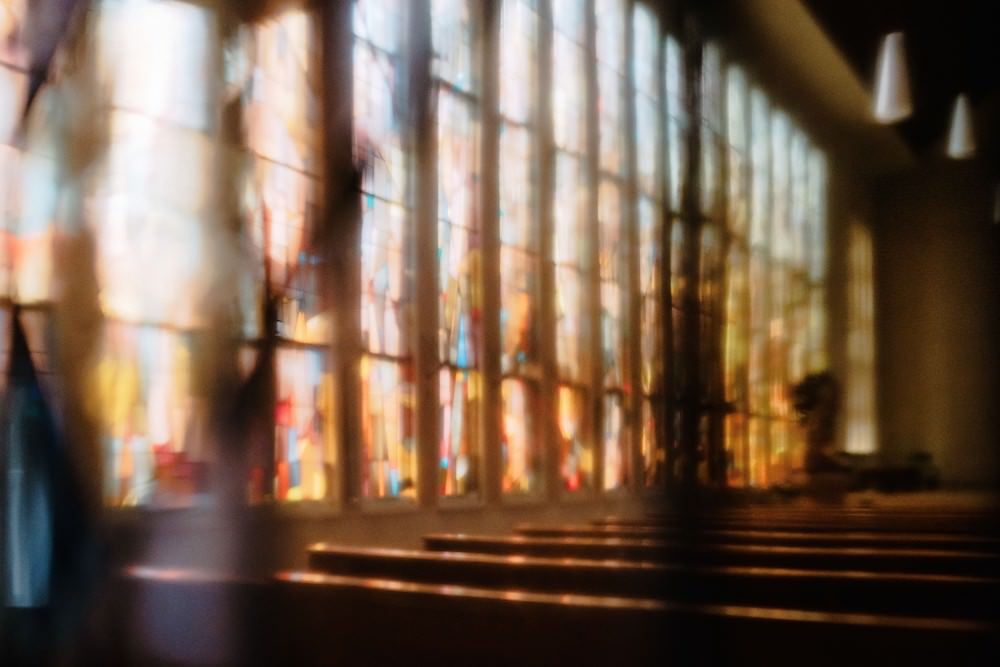 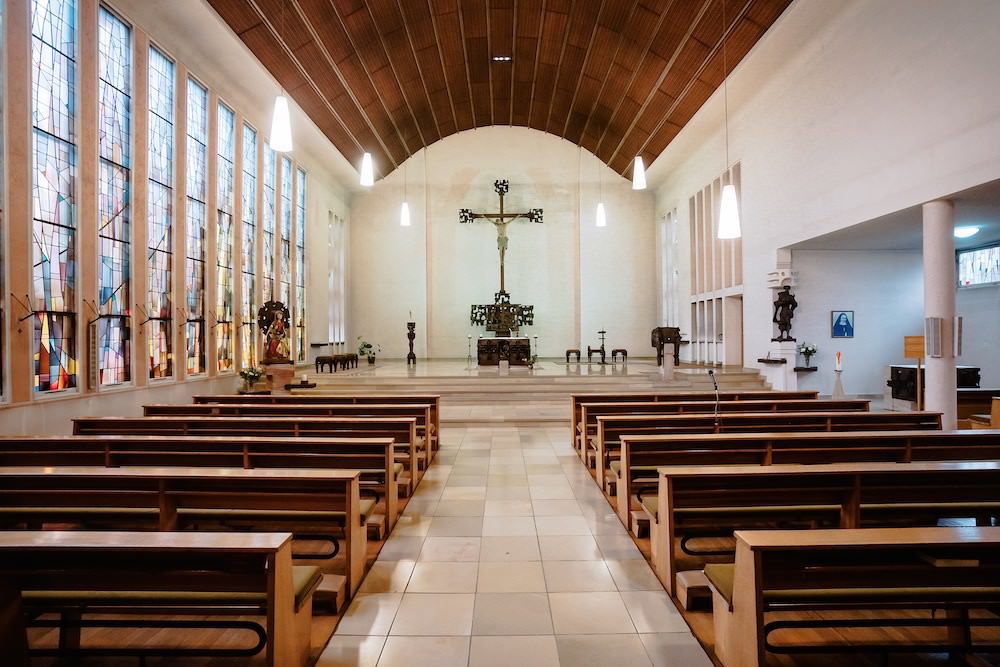 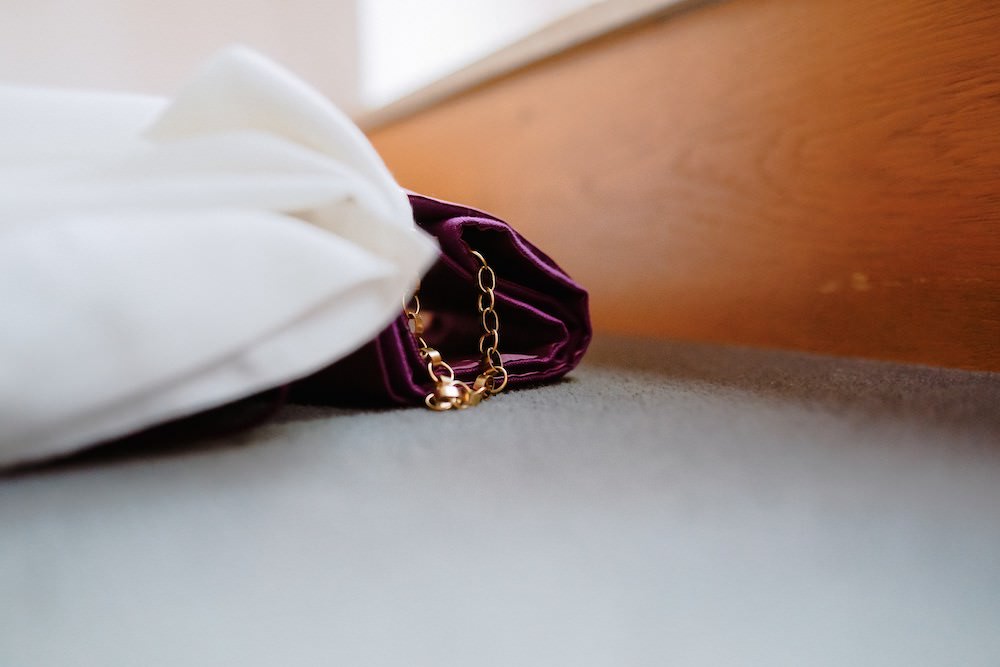 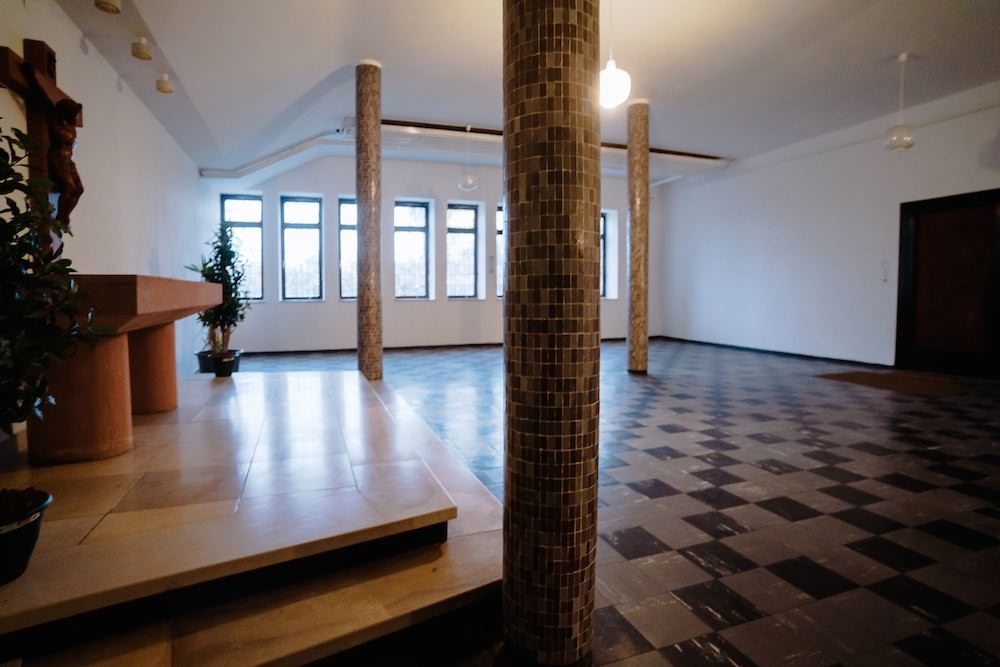 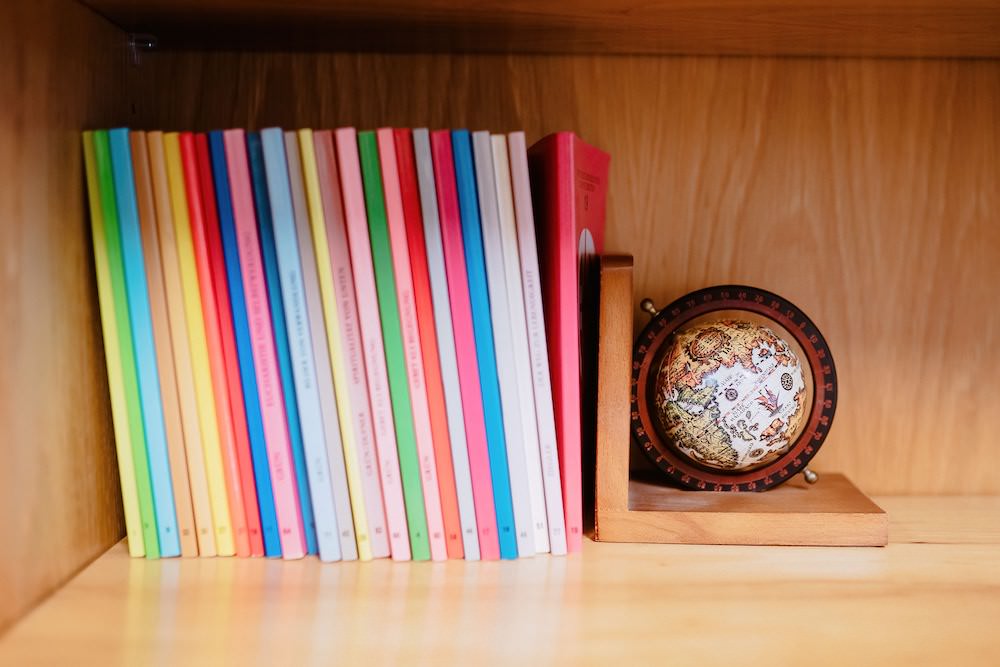 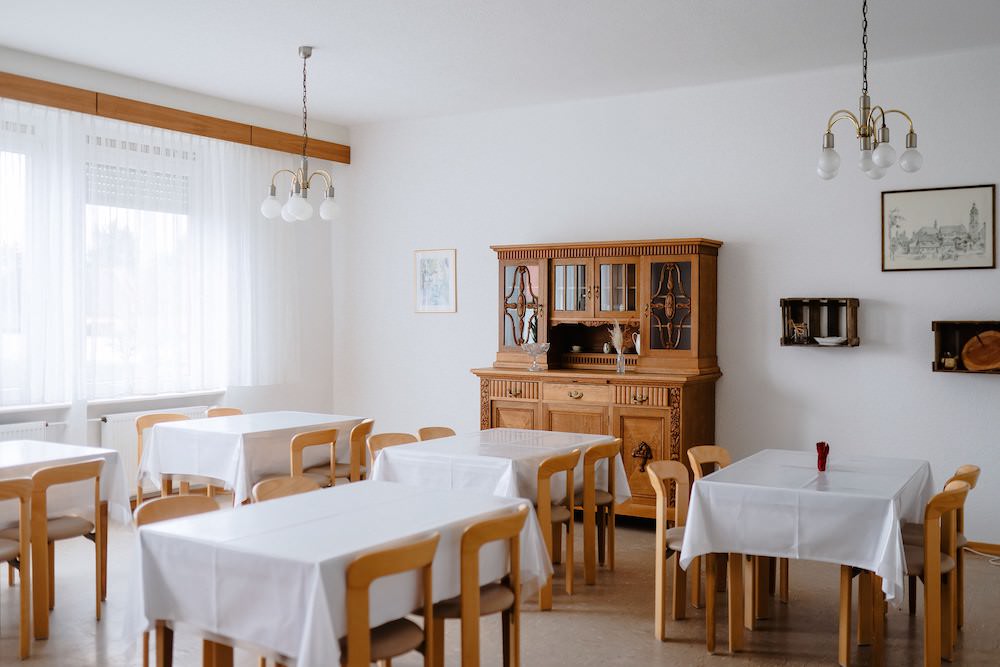 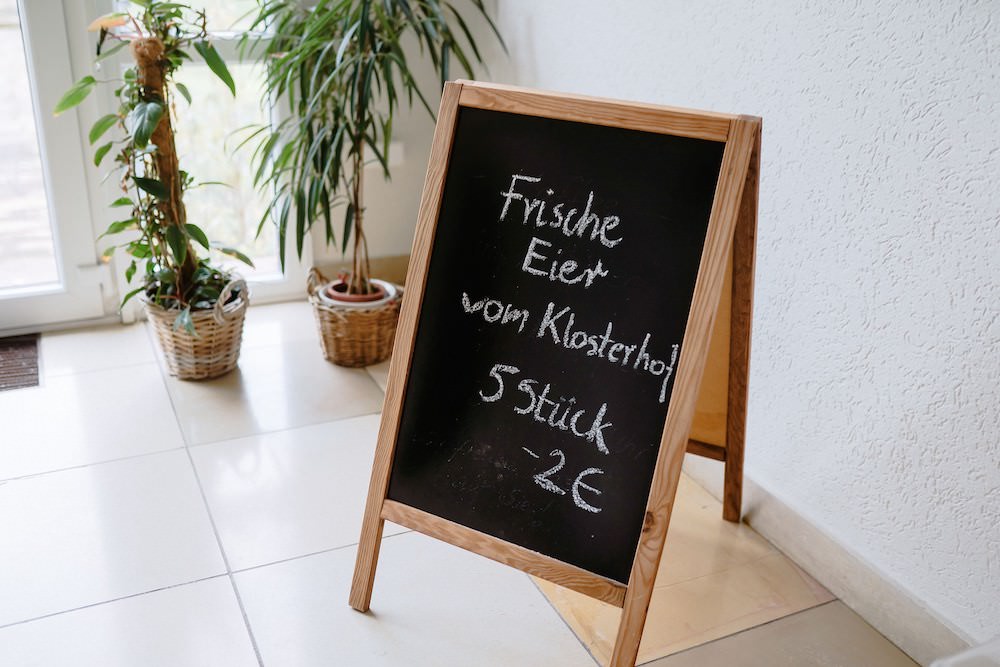 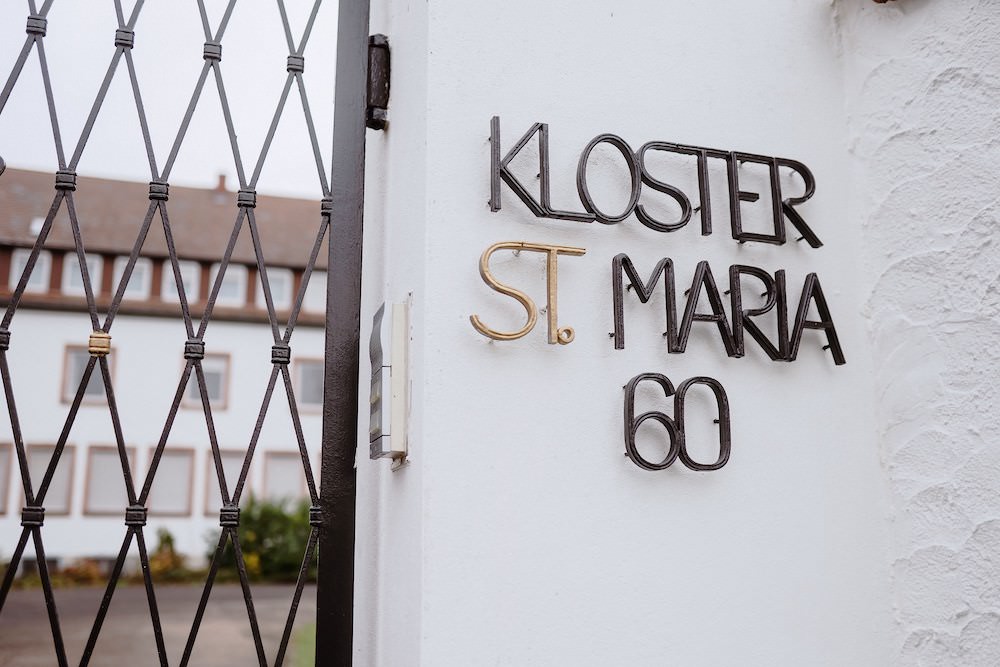