Everything for the green grain

Gentle hills, meadows and forests stretch as far as the eye can see, as if you were in the Shire, the Hobbits’ realm. But this is not Middle-earth, but Bauland, a region located between Neckar, Jagst and Tauber rivers in Baden-Württemberg. In the north-eastern Rhine-Neckar region, Grünkern (‘green grain’) has been a popular local speciality for over 350 years.

When you travel across Bauland at the beginning of July, you have time. Lots of time to enjoy the landscape, because tractors and combine harvesters slow down the traffic flow on the narrow country roads. The speed, however, is deceptive: Farmers are in a hurry with the harvest, because the window for Grünkern (‘green grain’)is, as every year, extremely tight. 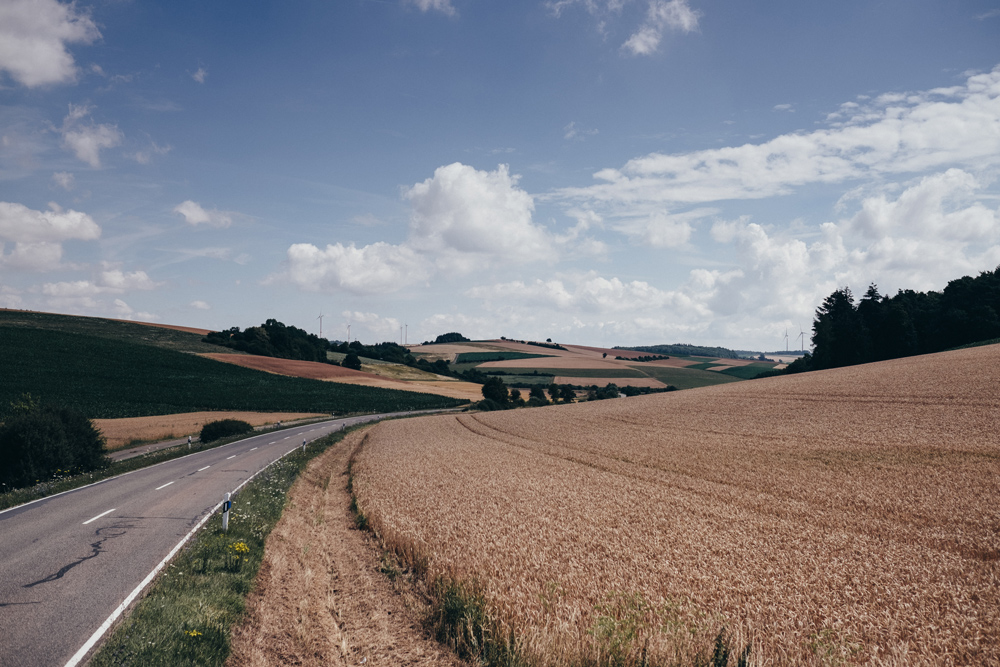 “They say that during a cold and damp period of famine, a resourceful farmer came up with the idea of harvesting half-ripe spelt grains and oast-drying them with fire,”says Edith Mechler with a smile. “Personally, I don’t believe that green grain was invented this way. Franconian men are not that resourceful. It must have been a farmer’s wife who needed to feed her family.” Edith knows what she is talking about. The cheerful pensioner has been a member of Altheim-Walldürn local history club for many years now and she knows the history and the stories of her homeland well. She guides visitors regularly round the restored ensemble of historical oasts—the landmark of this part of town: Here, in the little half-timbered houses, which sit on massive brick foundations and whose attic storeys are made of wood with red tiles on the tops, is where the green grain was dried. 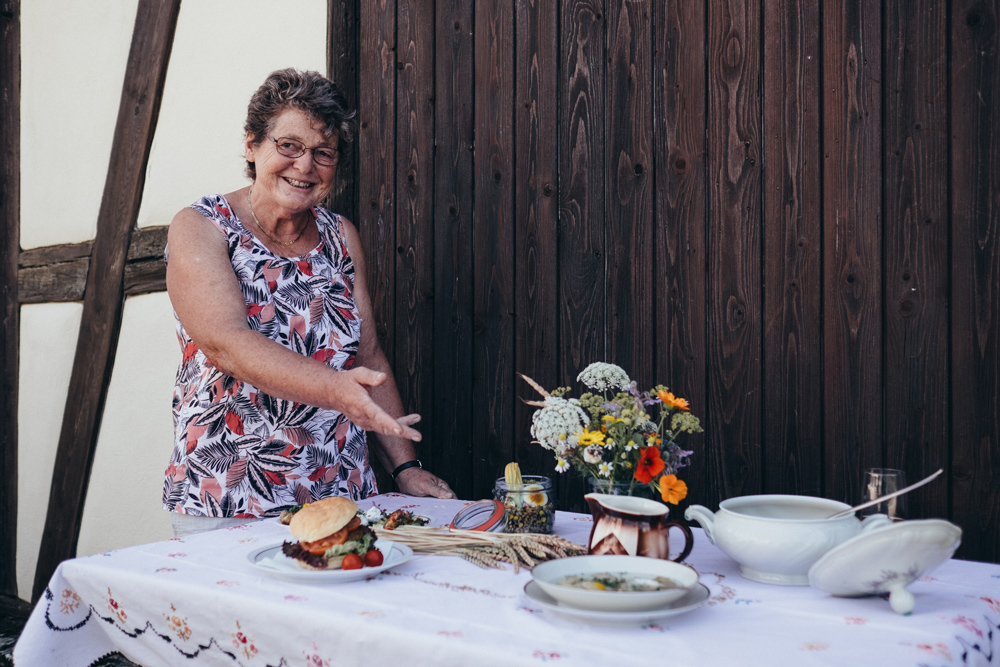 Nobody knows the history of the green grain better: Edith Mechler.

Green grain farmers harvest the spelt on the fields at the beginning of July, when it is almost ripe, yet green. They don’t have much time for the drying process—the damp green grains have to be processed quickly so they don’t go mouldy. It used to be arduous work, impossible to be done individually by a single farmer. “Everybody helped one another. Farmers used to join together to form an archetype cooperative, the ‘Gemarre’. People used to stand by each other,”Edith puts in, “from sowing through harvesting, drying and storing. There was no other way.” 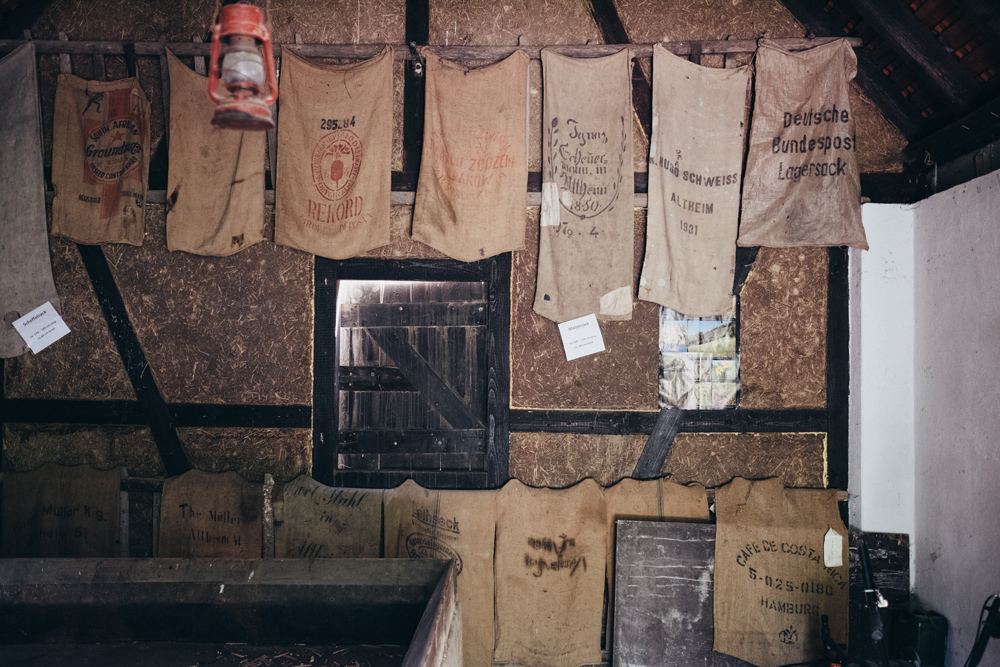 First, a fire was kindled in the hollow of the stone plinth of the oast. The heat flowed up along the shaft into the inside. At the top, the grains were spread out on the oast tray, a sieve-like metal plate with holes. The drying process took up to six hours and required constant turning-over and moving of the grain, at a temperature of 120 to 160 degrees Celsius—at the height of summer. “The entire village gathered when the fires were kindled here in Altheim. It was a real event,” Edith recalls the scene. “As children, we used to roast green apples on sticks in the fire. Later, as a young woman, I watched the men working and also joined the group for a glass of cider.” 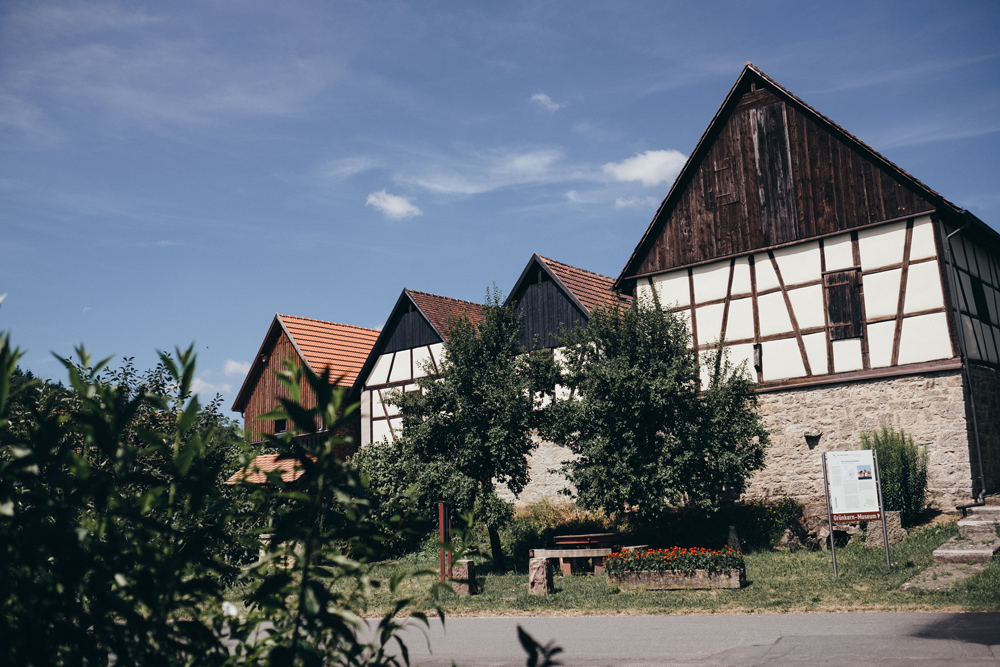 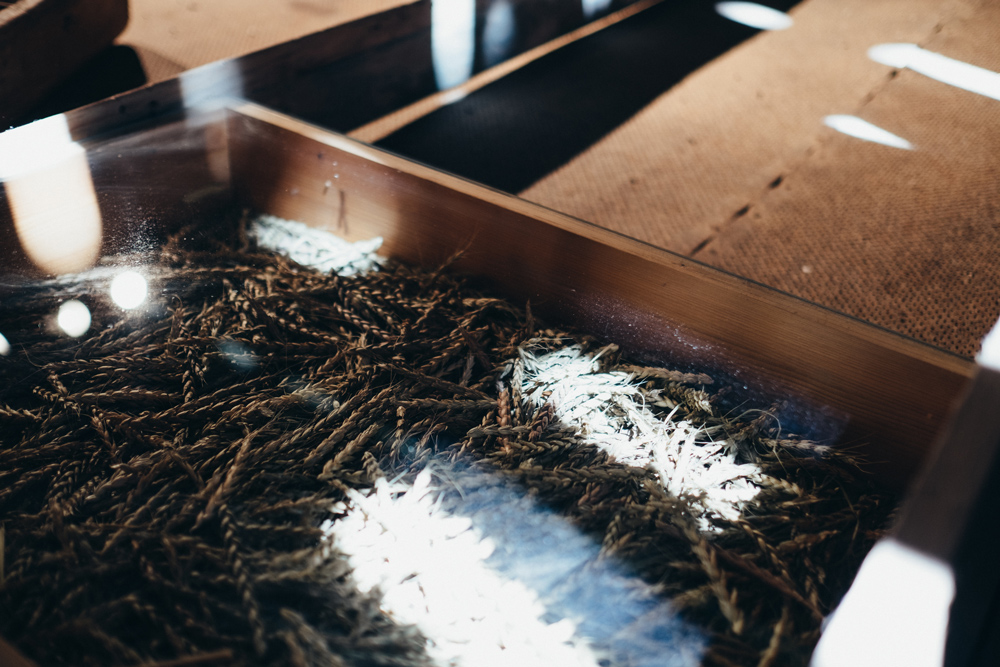 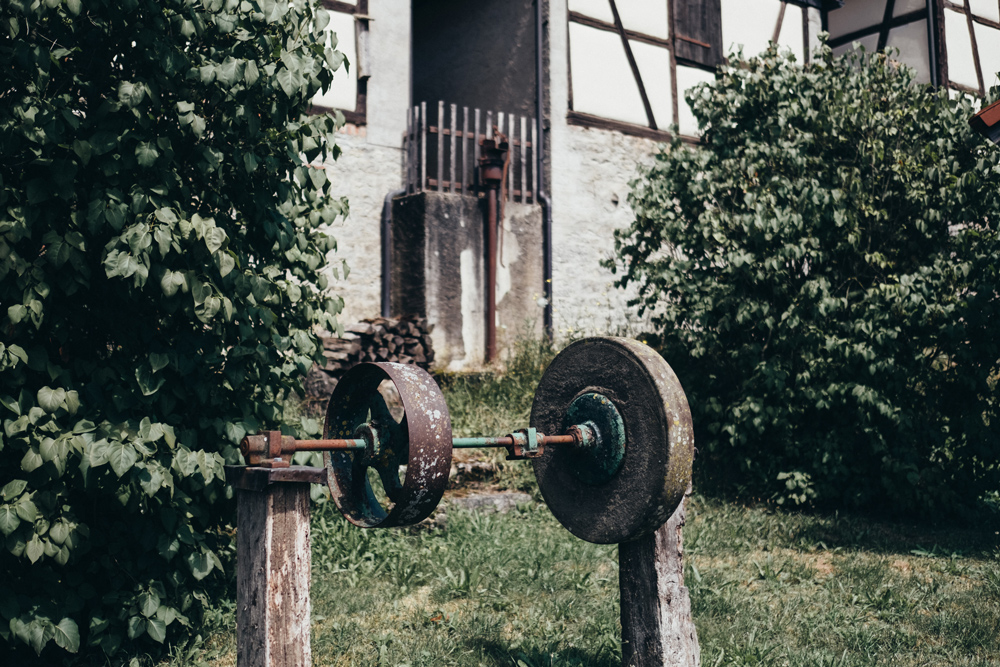 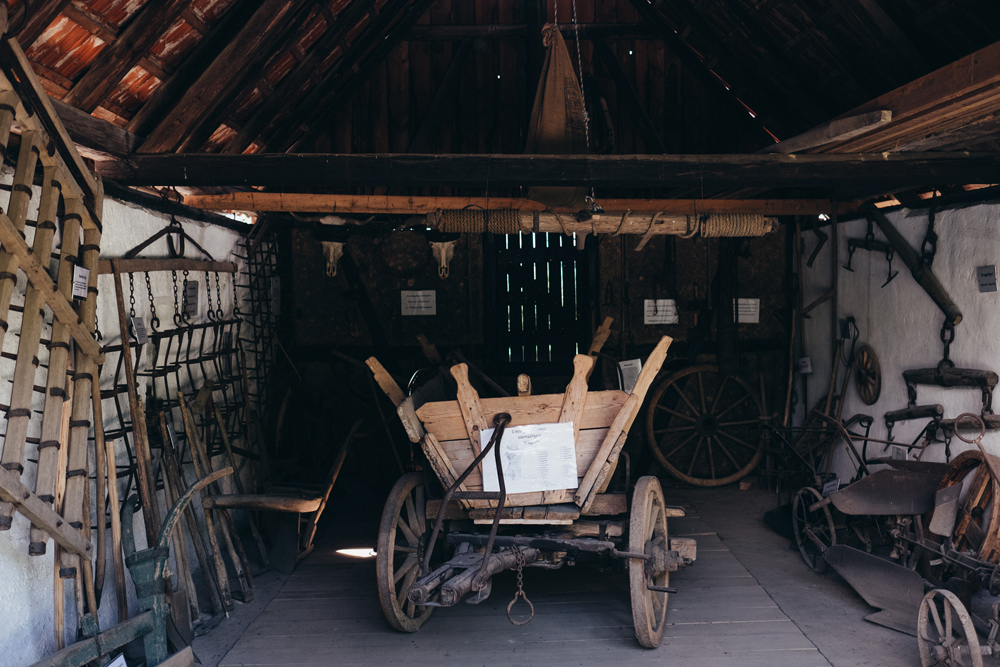 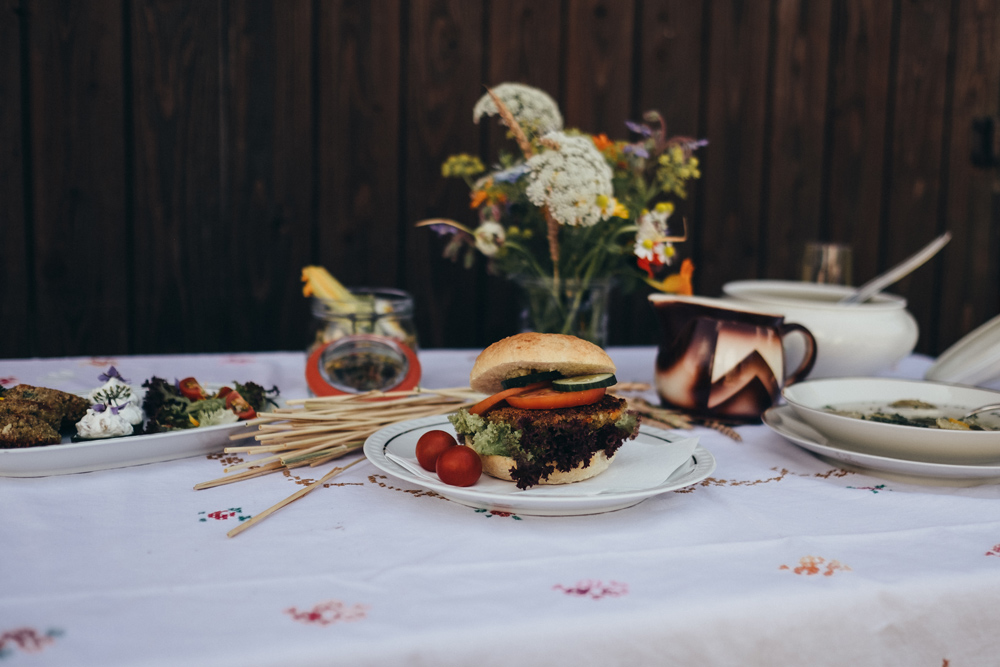 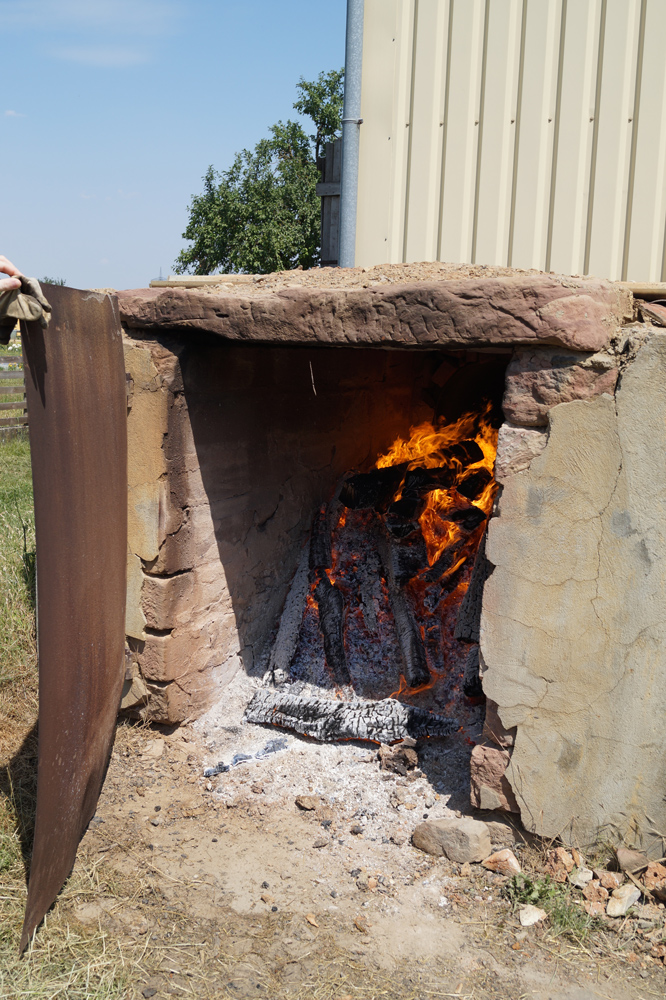 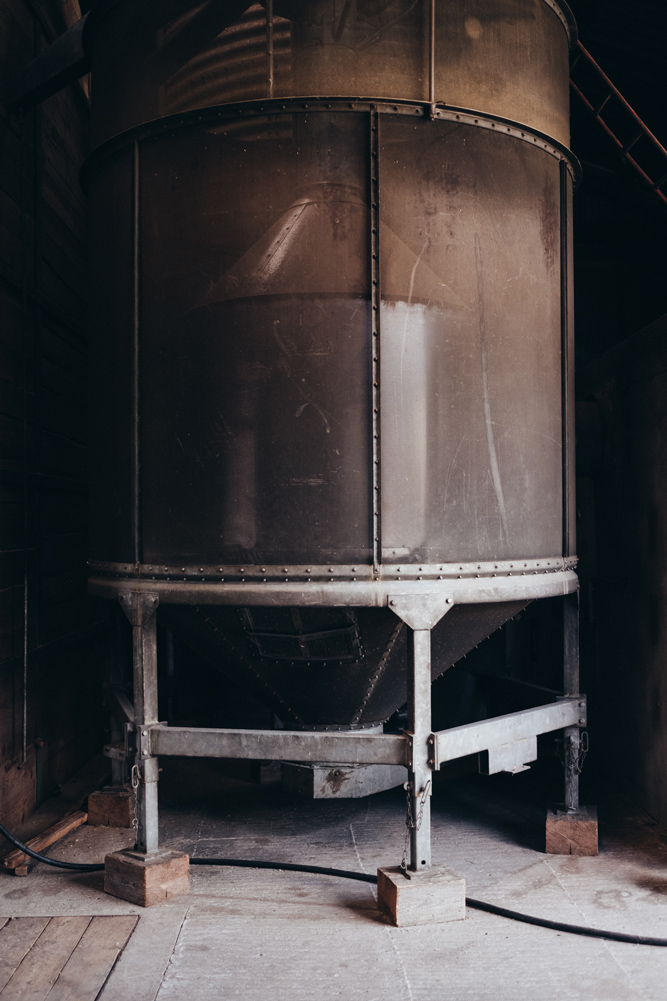 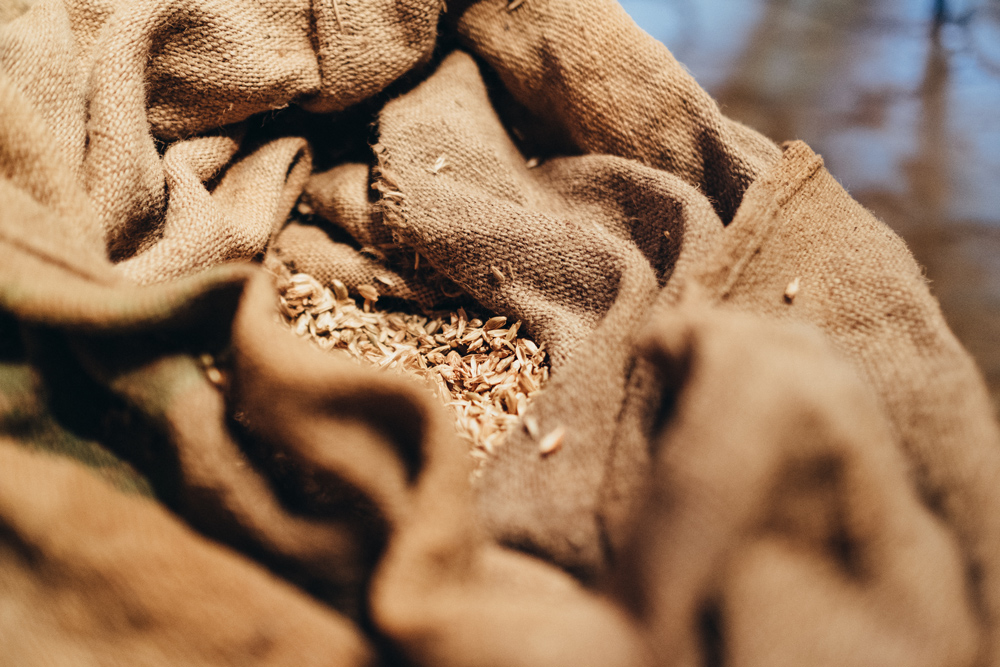 To visitors of the museum the traditional drying method today seems archaic, and it would almost have sunken into oblivion. The little half-timbered buildings fell asleep in the 70s and have only been woken up recently by the Altheim-Walldürn local history club (Heimatverein Altheim e. V.), which was awarded the Citizen’s Prize 2017 by a state foundation for historical monuments (Denkmalstiftung Baden-Württemberg).

“The oast-drying procedure is almost the same like a couple of hundred years ago.”

50 years later, green grain is in hot demand again. Although the way of harvesting has changed, other things remain the same. Armin Mechler, incidentally not being related to Edith Mechler in any way, comes from the Altheim part of the pilgrimage town Walldürn and he knows this as no one else does. He is a passionate fourth-generation green grain grower.

“The oast-drying procedure is almost the same like a couple of hundred years ago. Just like then, it has to be done quickly, as soon as the green grain is suitably ripe. We now have machines supporting us in the work process, however, industrial green grain production is out of the question.” This wording is no joking matter for the otherwise so friendly farmer and the tips of his moustache and corners of his mouth twist and point downwards. “Lot’s of manual labour is still required. The oast is much bigger nowadays and stands in a production hallrather than at a slope. However, we still need to kindle a log fire, which has to have the right temperature. It still takes time for the entire load to dry. We just don’t stand in the smoke anymore.” 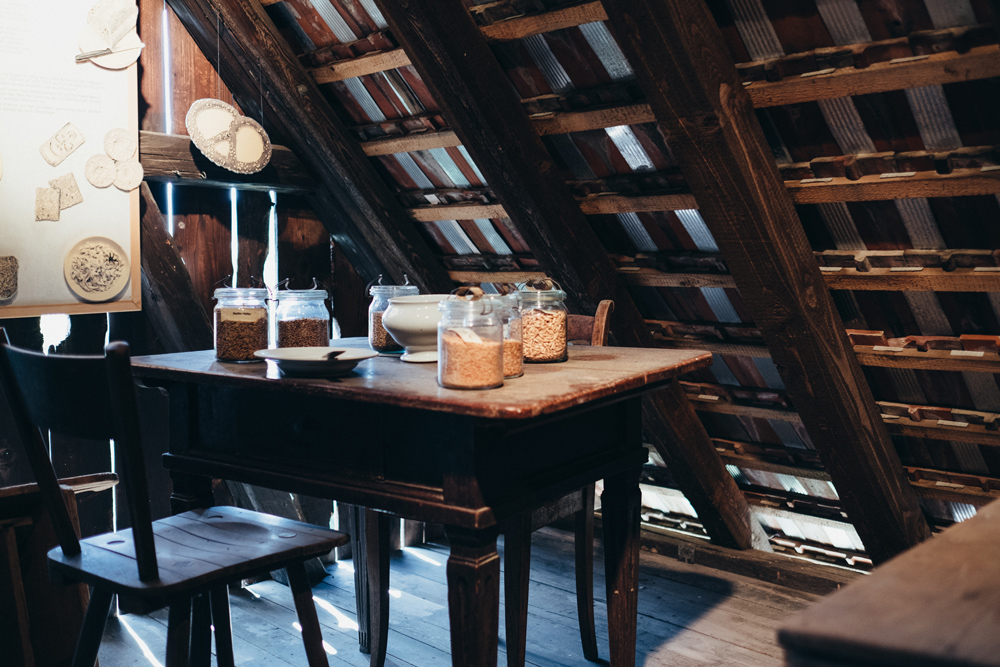 When Armin sits in his car speeding down the country lanes between the spelt fields he goes into raptures. “For me, this scene is home. Our environment has been a ‘jewel’ for our family for generations already: There are actual stones in the ground and the spelt for green grain flourishes on stony soils.” Armin’s two sons want to continue the green grain growing business and plan to train as farmers as a second job. “I am really happy about their choice, because this way they can pursue their professions and also keep up the family tradition.”

During the harvest. Photo: Daniela Pohl

We can only wish that health-conscious and delight-loving consumers continue appreciating the advantages of the “Bauland spelt.” Why would you want to import quinoa and bulgur from distant lands, if the local green grain is delicious and rich in vitamins, minerals and high-quality proteins at least as much? “Visitors of theStuttgart‘Slow Food’ trade fair are regularly surprised at the great taste of my wife’s green grain gateau she presents there. And Edith’s green grain burgers are smashing as well. She keeps enchanting culinarily interested visitors to the museum with them. There’s a rumour going round in the village that she is working out a green grain sushi. So, green grain may become a fancy trend product in the end—who can tell?” 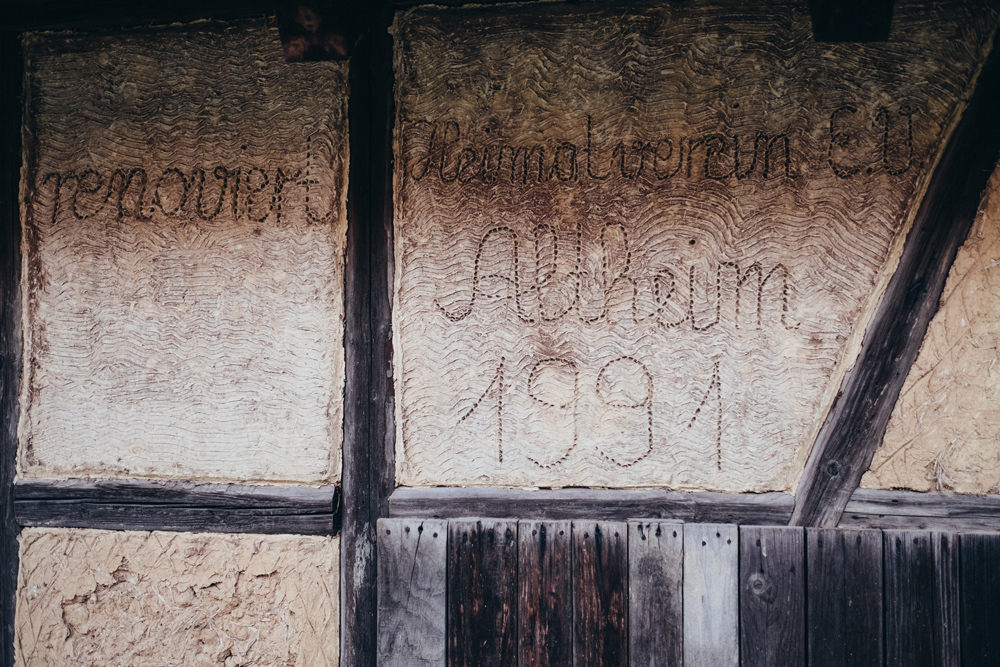 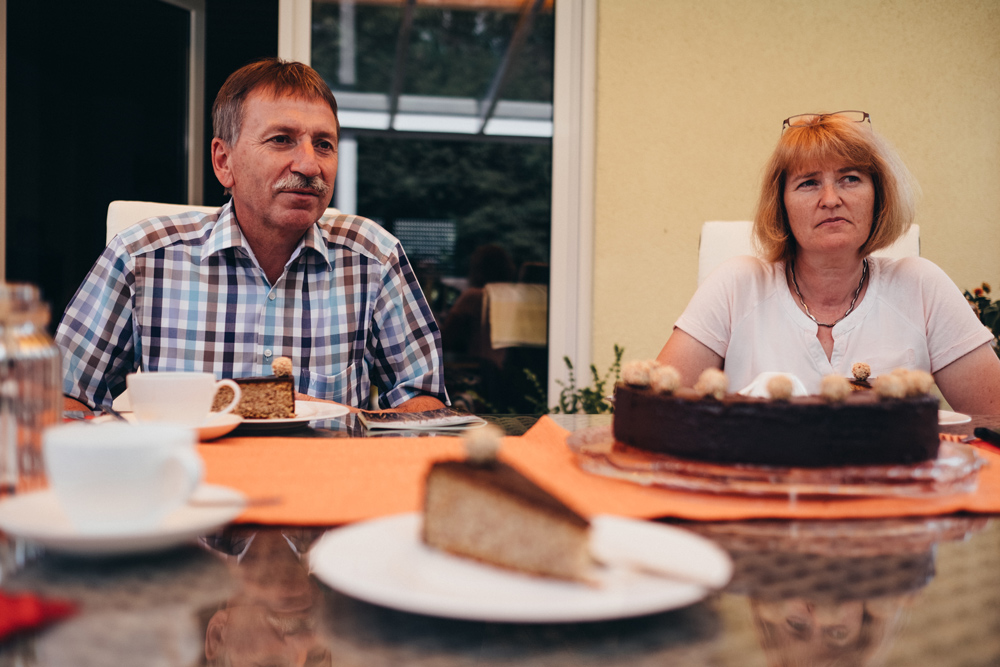 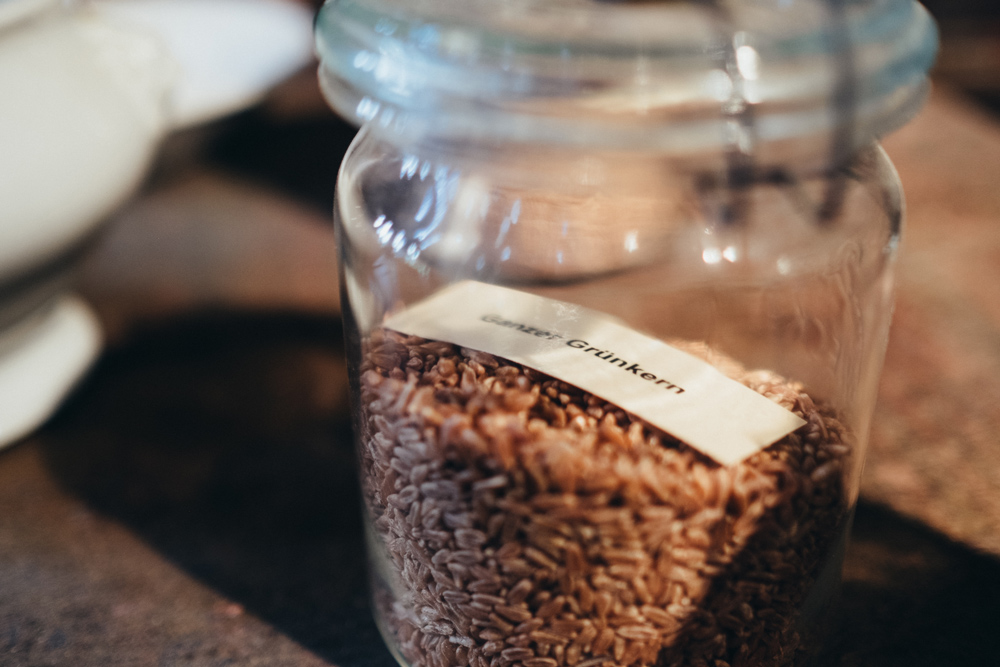 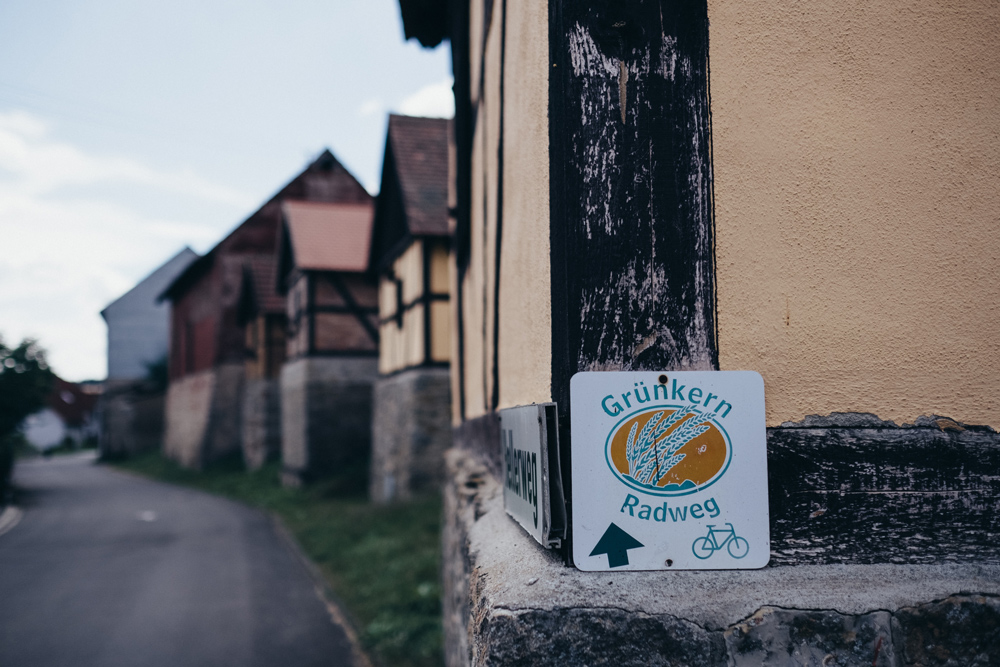 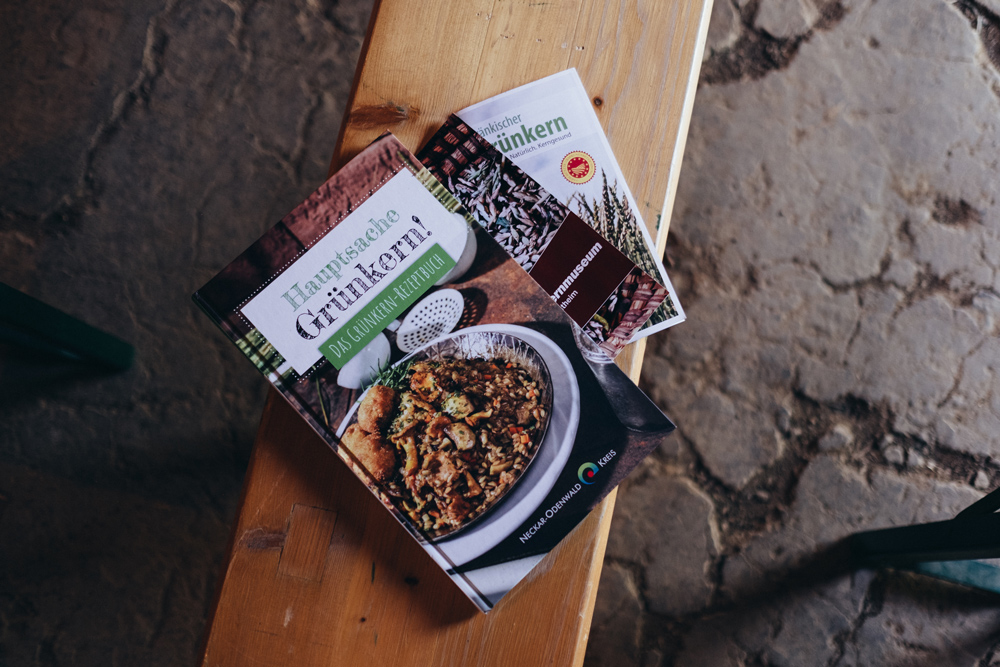 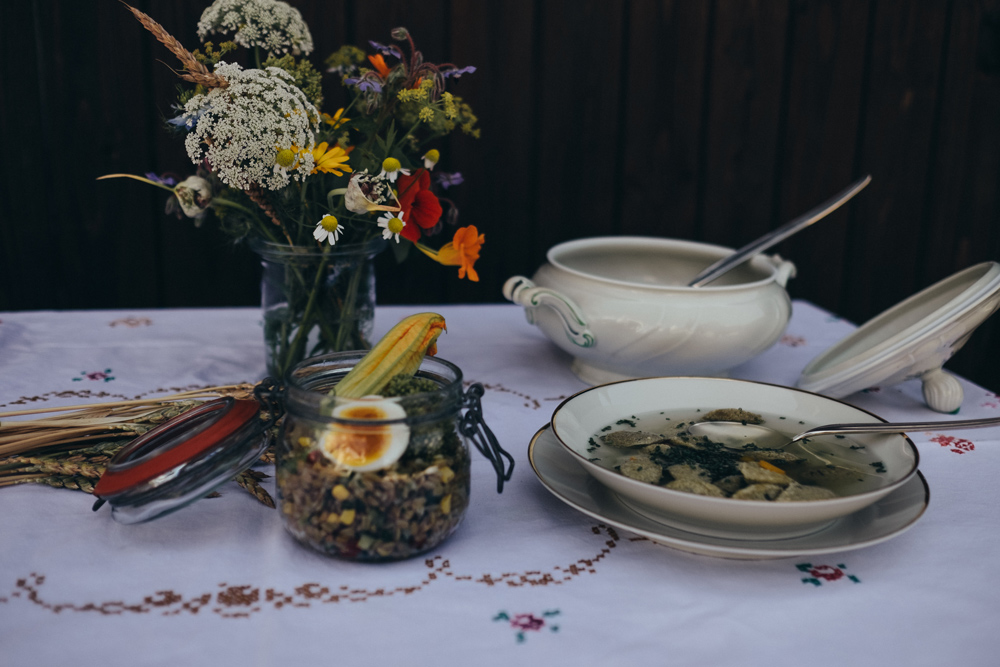 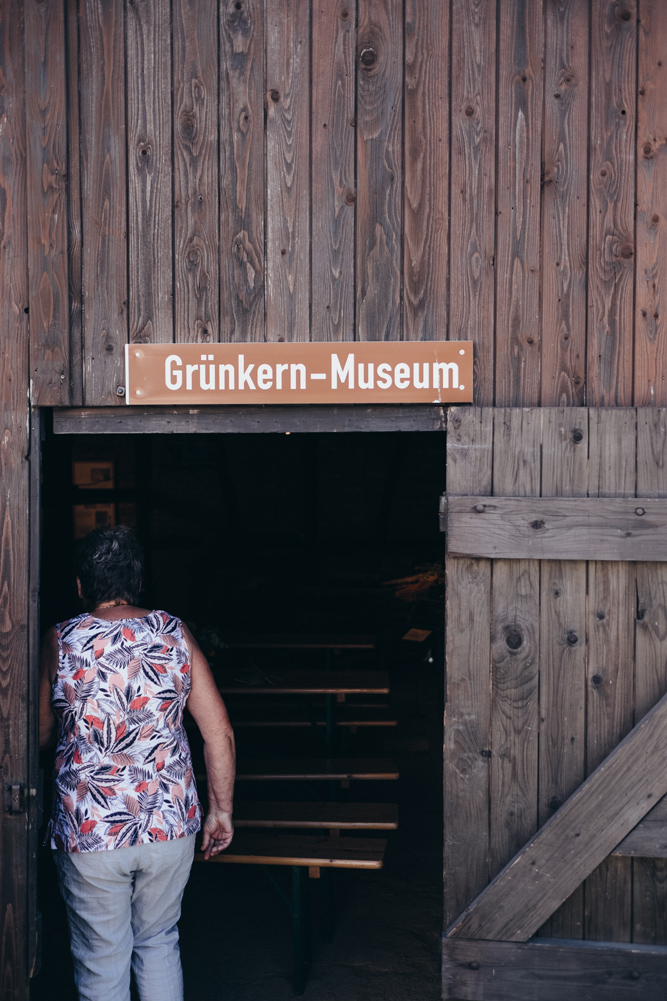 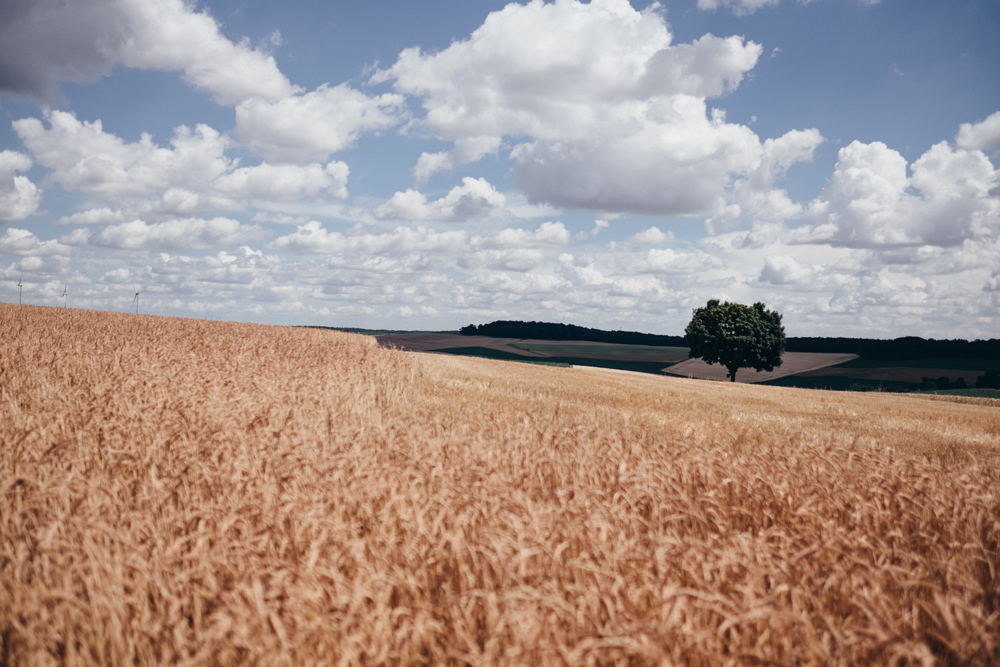