Did you know that bakers …

… from all over the world learn their craft in Weinheim?

What pasta is to Italians and cheese to the French is daily bread to Germans. An average of 63 kilogrammes of bakery products are noshed by each German citizen per year. According to conservative estimates by the bread industry, there is a range of about 300 types of bread and more than 1,200 types of smaller bakery products such as rolls and pretzels. This leads to a tasty variety gaining more and more fans worldwide. German bakeries have become a worldwide symbol for quality, German handicraft and healthy nutrition. 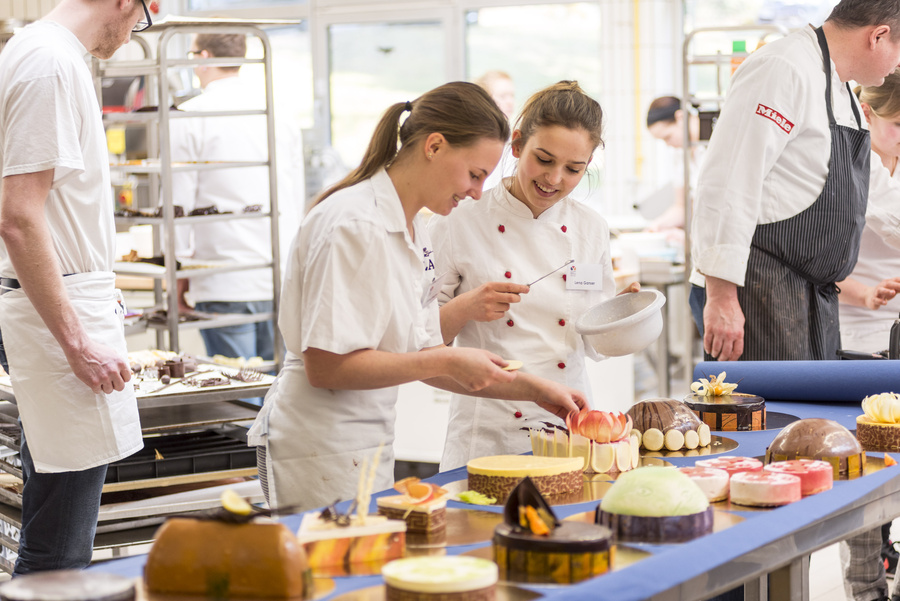 What hardly anyone knows is that the “Akademie des Deutschen Bäckerhandwerks” (German National Bakers Academy), the central further education institution of the 14 billion euro industry, is located in the Rhine-Neckar Metropolitan Region—in Weinheim an der Bergstraße to be more precise.

In 1937, the city of Weinheim bought the so-called “Waldschloss” (Forest Castle) and gave it to the “Reichsbäckerverband” (the bakers association of that time) as a means of business development—which in return committed itself to establish a bakery school in the historical building. After being responsible solely for the regions Baden, Württemberg, Saarpfalz (in the southeast of the state Saarland) and southern Hesse in the past, it is a federal academy today and thus the main point of contact for bakers from all over Germany. After several extensions have been carried out in the past, there are currently three training bakeries, five seminar rooms, an IT training room, a traditional bakehouse equipped with a wood-fired oven, an academy restaurant offering 100 seats and a guest house with 80 beds available. Recently, almost 200 events per year with more than 4,000 participants were registered. Even the German bakers’ national team trains in Weinheim…

It is thus hardly surprising that this centre of accumulated expertise has also drawn the attention of people abroad. Visitor groups come regularly to Weinheim to learn more about sourdough bread, brown bread, pretzels, Christmas stollen or Black Forest gateau. A five-week intensive seminar in English was created especially for the baking enthusiasts from all over the world—leading to a “Diploma in German Baking.”

Did you know that Langnese…

Did you know that Karl Drais…