On its way to the Neckar river, the little Flursbach brook has carved out an impressive ravine into the Odenwald. The Margaretenschlucht ravine close to Neckargerach opens up a unique world, where water falls down over eight steps into the depths and where an alpine hiking track leads up through a steep climb. We are on a discovery tour with the Geopark Ranger Melanie Meier to embark on an outdoor adventure for the entire family.

The change of scene comes all of a sudden. The warm, almost mediterranean Neckarsteig hiking track with burning sunlight and plants that are not indigenous to the region, such as robinia and goldenrod, but thrive on the sunlit slopes in the Neckar valley, opens the door to a very different world as soon as it leaves the Neckar river: a more ancient scene, darker and wilder. Melanie Meier: “This here is like an oasis.”

The steep slopes of the Margaretenschlucht ravine tower upwards like giant walls right beside the hikers. The air is cool and humid. Melanie Meier smiles as her little and grown-up guests pause to inhale deeply and marvel at the steep rock faces. She is a ranger in the Geo-Naturepark Bergstrasse-Odenwald and this location keeps attracting her here. “This here is like an oasis,” she says. “Even at the height of summer it is still pleasantly cool here.”

Her favourite season, however, is autumn—it becomes quiet then in the ravine, only few visitors come here and the biologist can observe the fire salamanders residing at Flursbach brook without being disturbed. “But I like winter just as much. The waterfalls freeze over which looks incredibly amazing!” And then, in springtime, when the waterfalls have turned from dripping trickles into a brook whose roar fills the ravine, she enjoys just standing there listening to the background noises caused by the force of nature. Melanie pauses and starts to laugh. “The truth is: it’s always worth coming here.” 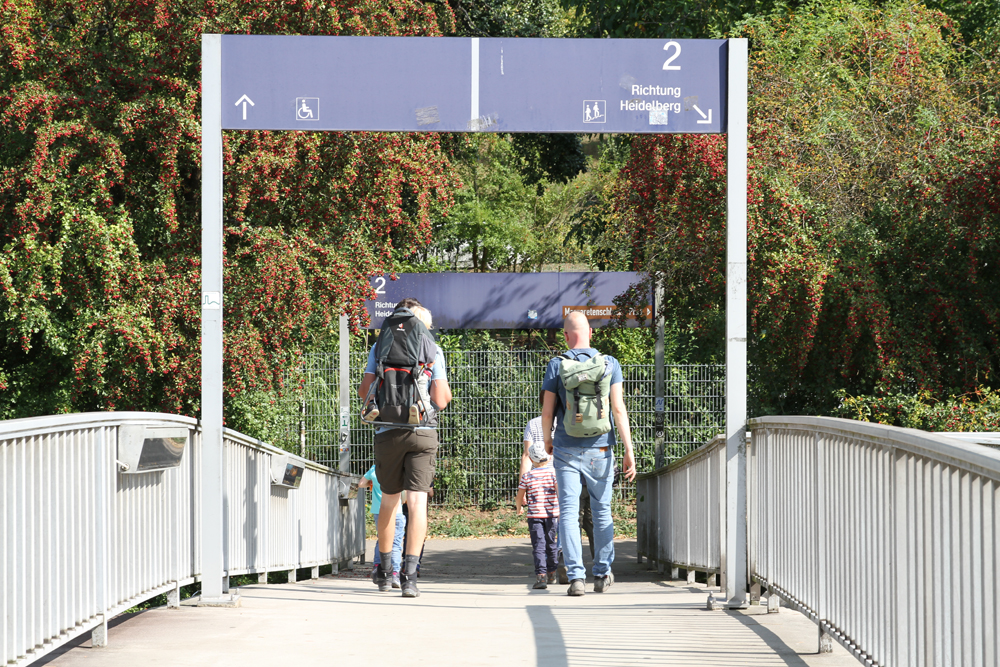 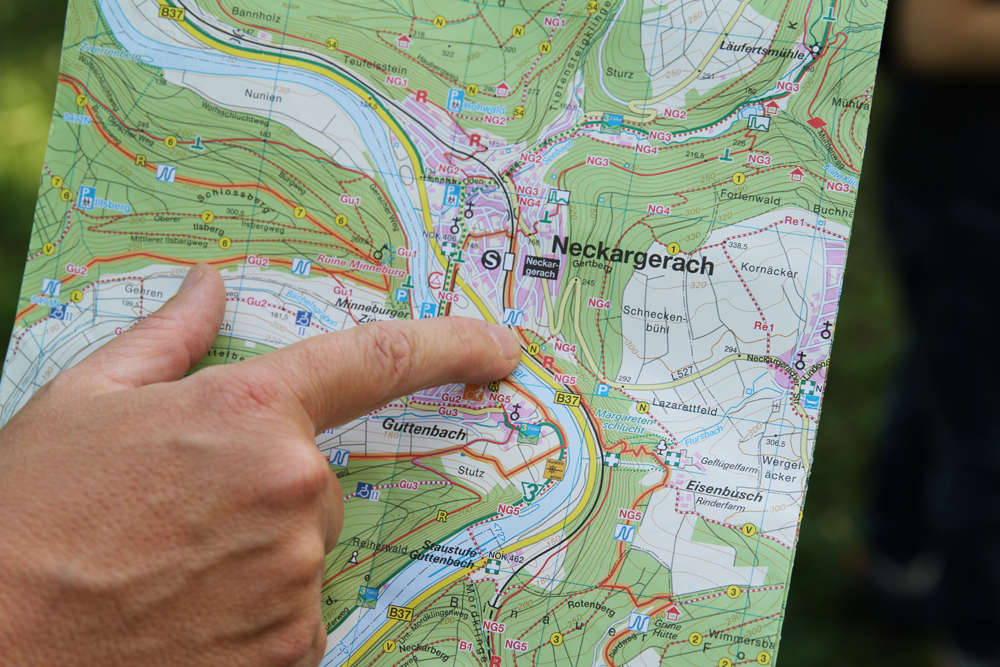 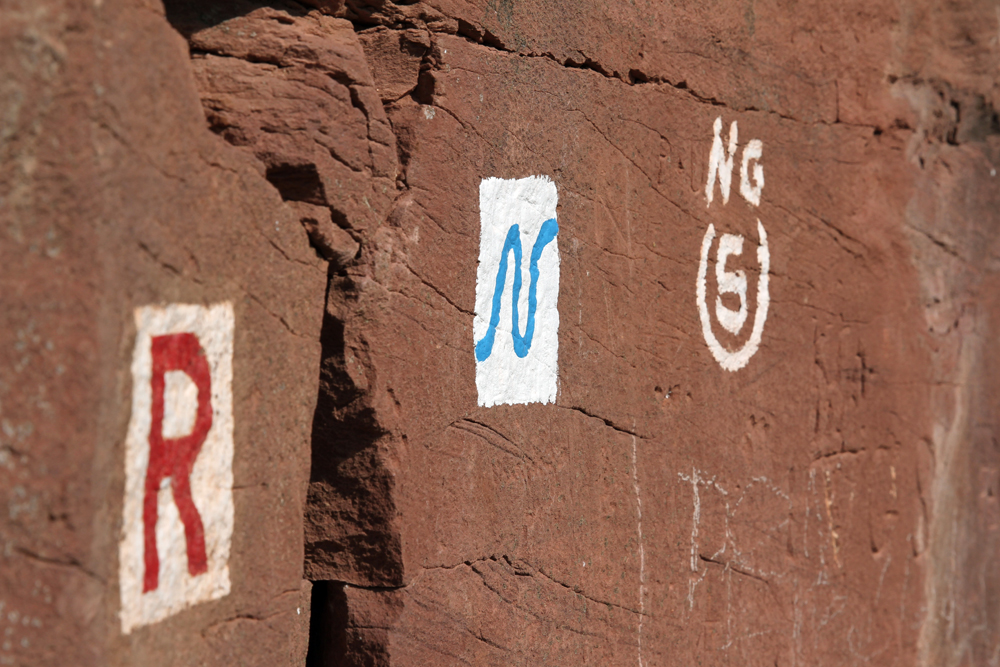 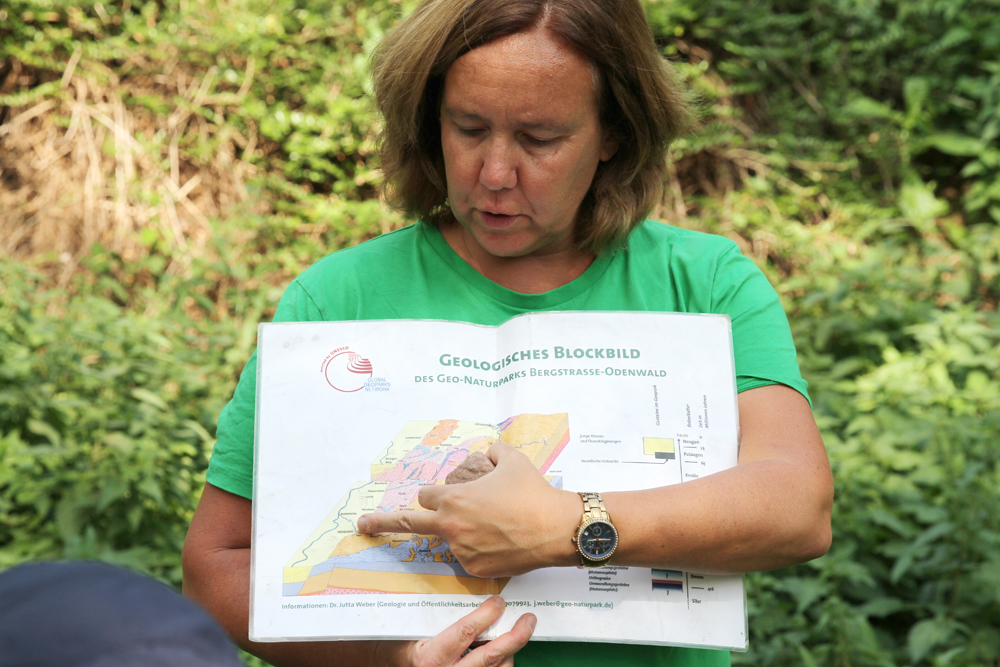 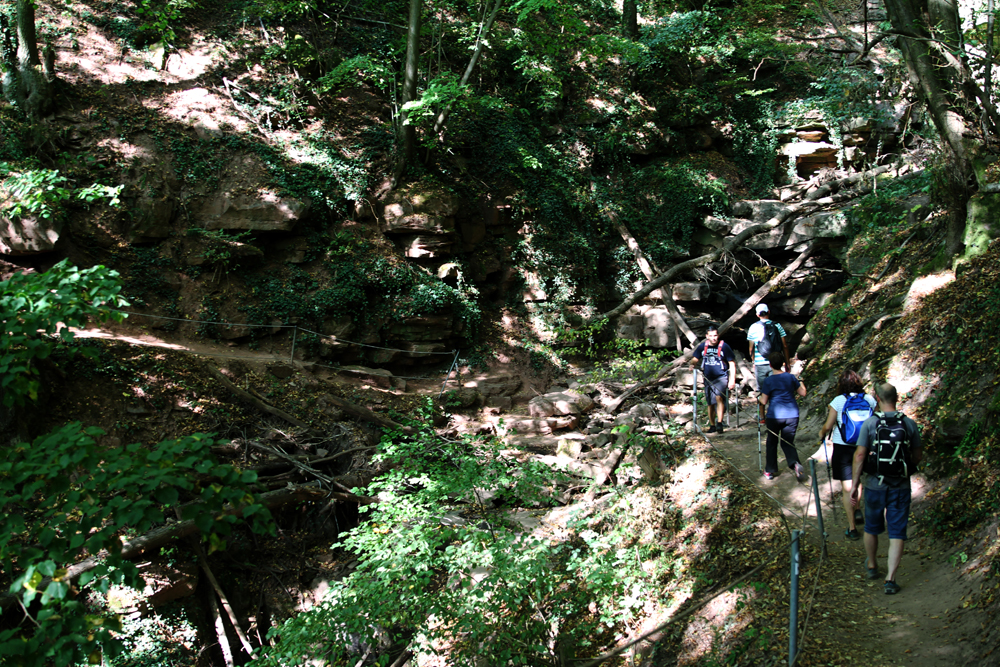 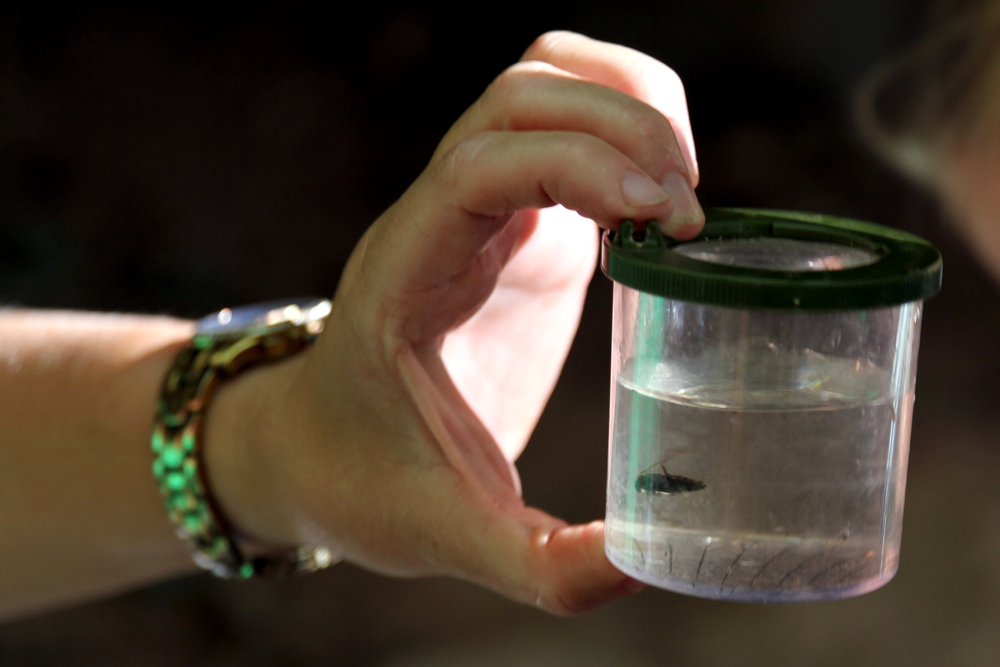 Frederik Fish, Marlene Mouse and Mika Mighty Dung Beetle, who were to choose names of indigenous animals at the beginning of the tour, share her opinion. They are four, five and six years old and way ahead of their parents. They have climbed the first cascade, while the grown-ups are only taking the first ascent. However, the children also stop for a moment on the first step of the waterfall because the view has something magical to it, even if the brook has little water today and rather trickles than flows along. Ferns grow in the crevices of the rocks and drops of water glitter on the dark-green mosses; Bunter stones pile up, stacked by hikers like little towers.

For thousands of years, the little Flursbach brook has carved out the ravine into the Bunter sandstone of Gickelberg mountain. The main part of the Margaretenschlucht ravine is only 300 metres long. Over this short distance, the Flursbach falls some 110 metres down—creating eight steps. It is thus the highest waterfall in the Odenwald. Mosses, ferns, and rare lichen species grow here, as well as the fluttering elm that has become very rare in Germany and mainly grows in Eastern Europe. The small ponds between the waterfalls make an ideal nursery for the fire salamander grubs. The Margaretenschlucht has been under conservation because of this special animal and plant life since 1940 already.

The ravine has many more stories to tell, however. At least when you listen to Melanie. She reports about times when what today is considered to be the Odenwald, once used to be a desert and then a large sea. How granite, Bunter sandstone and lacustrine limestone has been formed. And how the water of the Neckar and Flursbach rivers shaped the landscape. In the upper part or the ravine, she says, people found fossilized Chirotherium traces—footprints of prehistoric animals. Melanie has brought a measuring stick to make the dimensions of the geological eras tangible for children. The history of the earth is depicted on it, centimetre by centimetre from the first unicellular organisms to the dinosaurs and finally humans in the last few millimetres.

The climbing event through geological history begins with a short introduction. The ravine is ranked alpine terrain, but it is also suitable for children that have a steady gait too. The track leads along the precipices and crosses the cascades again and again and then leads to the waterfalls. Melanie encourages the little hikers, as well as the adults, to experience nature with all their senses: to not only look at the trees, but also touch them, firmly knock on their bark, break it open and smell it. She turns the stones in the ponds around with the children, rummages through the mud and chases backswimmers, a water bug species. And she makes them pause once in a while from their clamber and wild jumps from one stone to another, makes them sit down on a rock for a moment, close the eyes and be quiet. “What can you hear? Where do the noises come from,” she asks them.

Melanie came to the region in 2003 and lives in Heidelberg. “Actually, I am a child of the Black Forest,” she explains. She grew up in Karlsruhe, “but we went outdoors in the Black Forest nearly every weekend,” to go hiking, cycling and swimming in summer and sledging in winter. “I used to love the landscape there, particularly the dark, wild and enchanted places.” Then, she studied biology focussing on nature conservation and ecology. “I worked in environmental management for a long time and in many companies. This work was quite technical.”

“I want to bring people in contact with nature again”

At one point she realized, how much she was missing the immediate outdoor experience. “I wanted a change in my work life and went to the botanical gardens in Heidelberg, enquiring about attending guided tours to dabble in this field.” Ten days later, she guided her first group through the gardens on her own. “I felt straight away that this was, what I wanted to do: Bring people in contact with nature again and pass on my enthusiasm.”

Then, in 2010, she enquired about the next training to become a ranger in the Geo-Naturepark Bergstrasse-Odenwald and was lucky: only a few months later, she attended the training. Half a year later again, she was a certified landscape and nature guide and has undertaken guided tours of the Odenwald for small or large groups of nature-lovers and history-enthusiasts, school classes and children. The 26 Geo-Naturepark Rangers work on a freelance basis. Apart from her job in the Geopark, Melanie works in the botanical gardens and teaches Nature Education at the Heidelberg University of Education. Melanie is passionate about being a ranger. She regrets that the job is not as extensive as in the US for example. “I’d love to dedicate myself to be a full-time ranger to the Odenwald and its flora and fauna,” not least, because the park reminds her of her childhood and Black Forest experiences, particularly when she roves among its wild and ancient places such as the Margaretenschlucht. 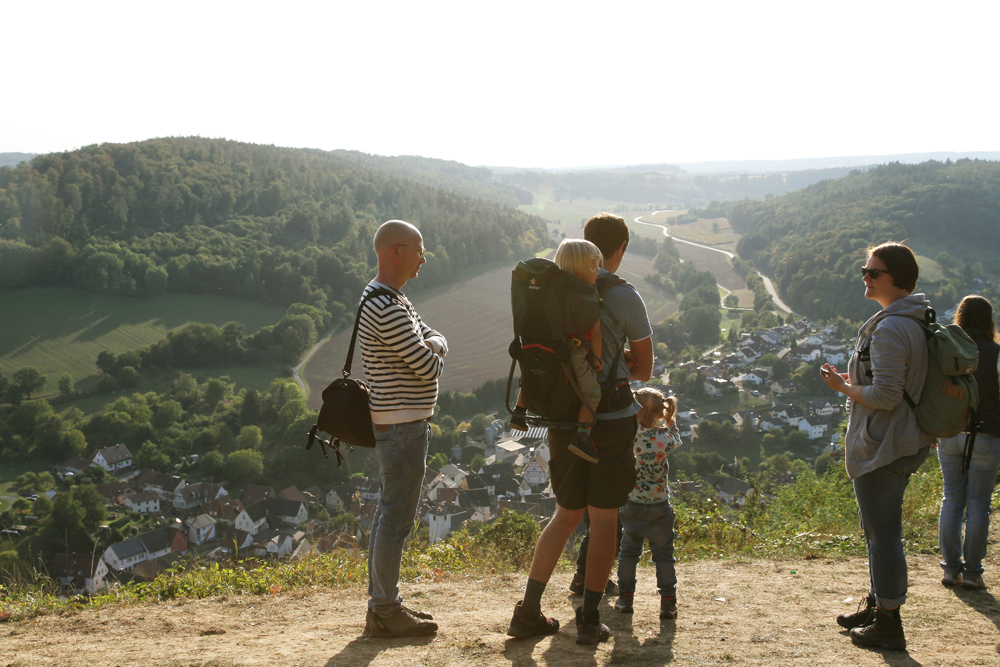 After a few-hundred-metre adventure through trickles and Bunter, under ledges and along steep slopes, the ravine releases its visitors at a high ground. Vast countryside with fields, paddocks, meadow orchards and an impressive view on the Neckar valley open—yet another astounding change of scene. “It is this variety that fascinates me about the Odenwald. It has such a varied landscape,” says Melanie. “The little Odenwald near Heidelberg looks very different from the Odenwald near Lindenfels. There are harsh ravines and vast plains—and behind the next bend the land may look so different.” The Odenwald is always good for a surprise. 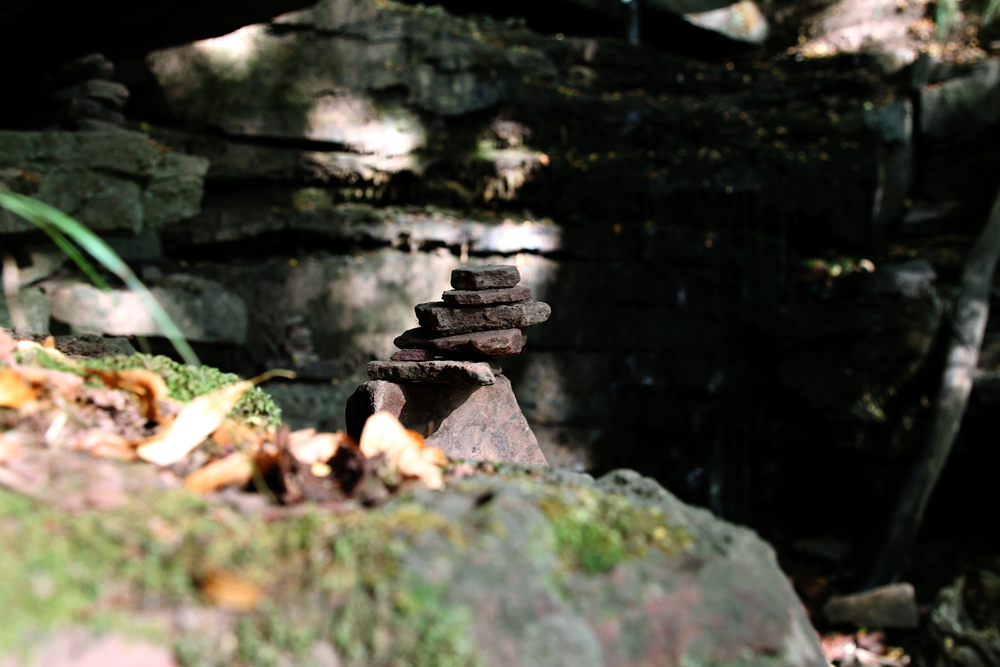 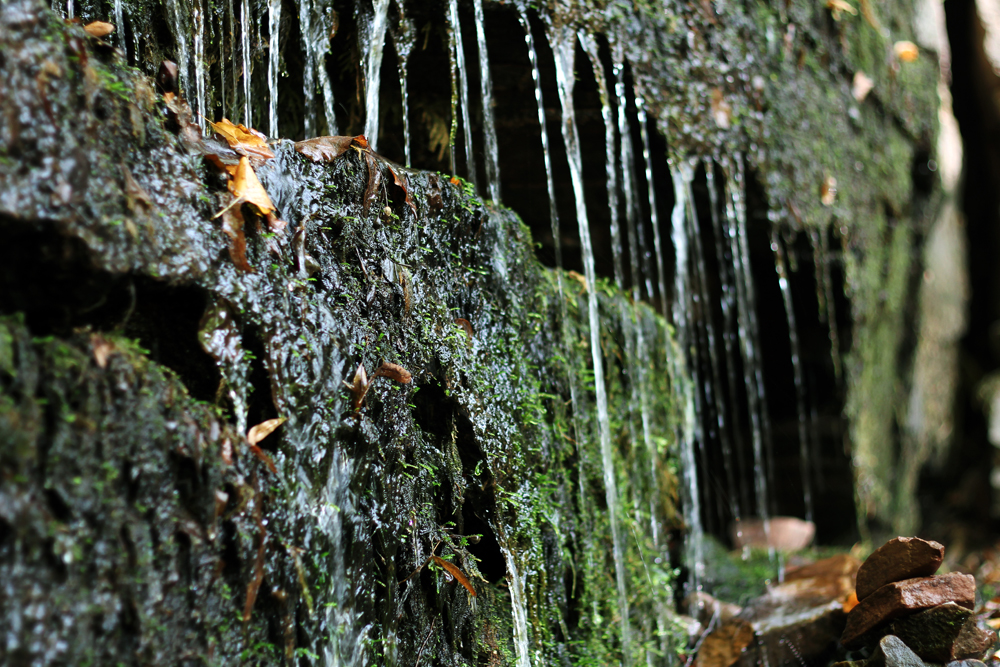 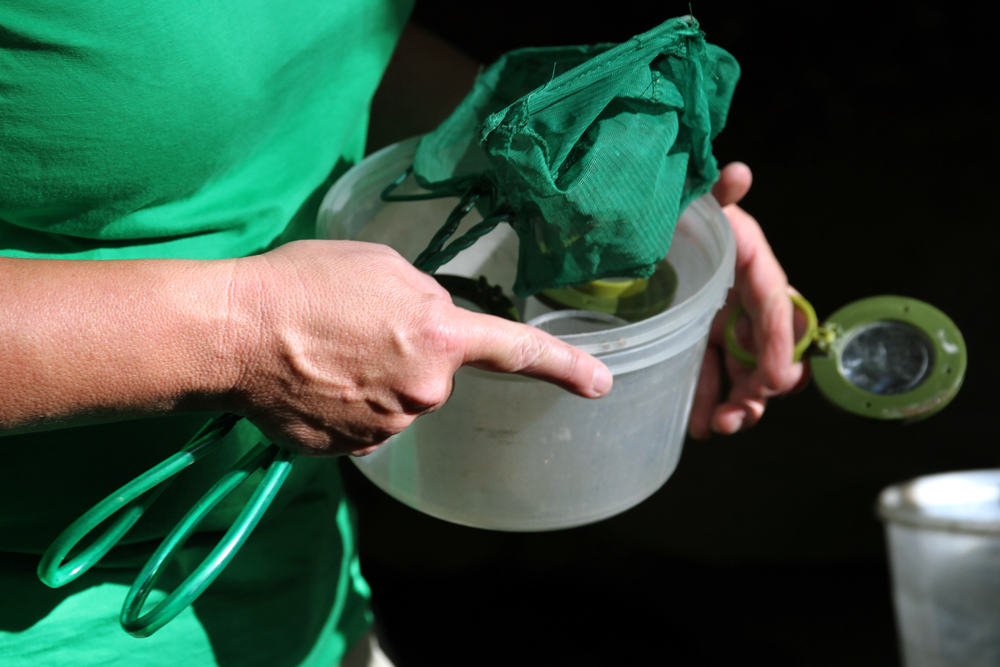 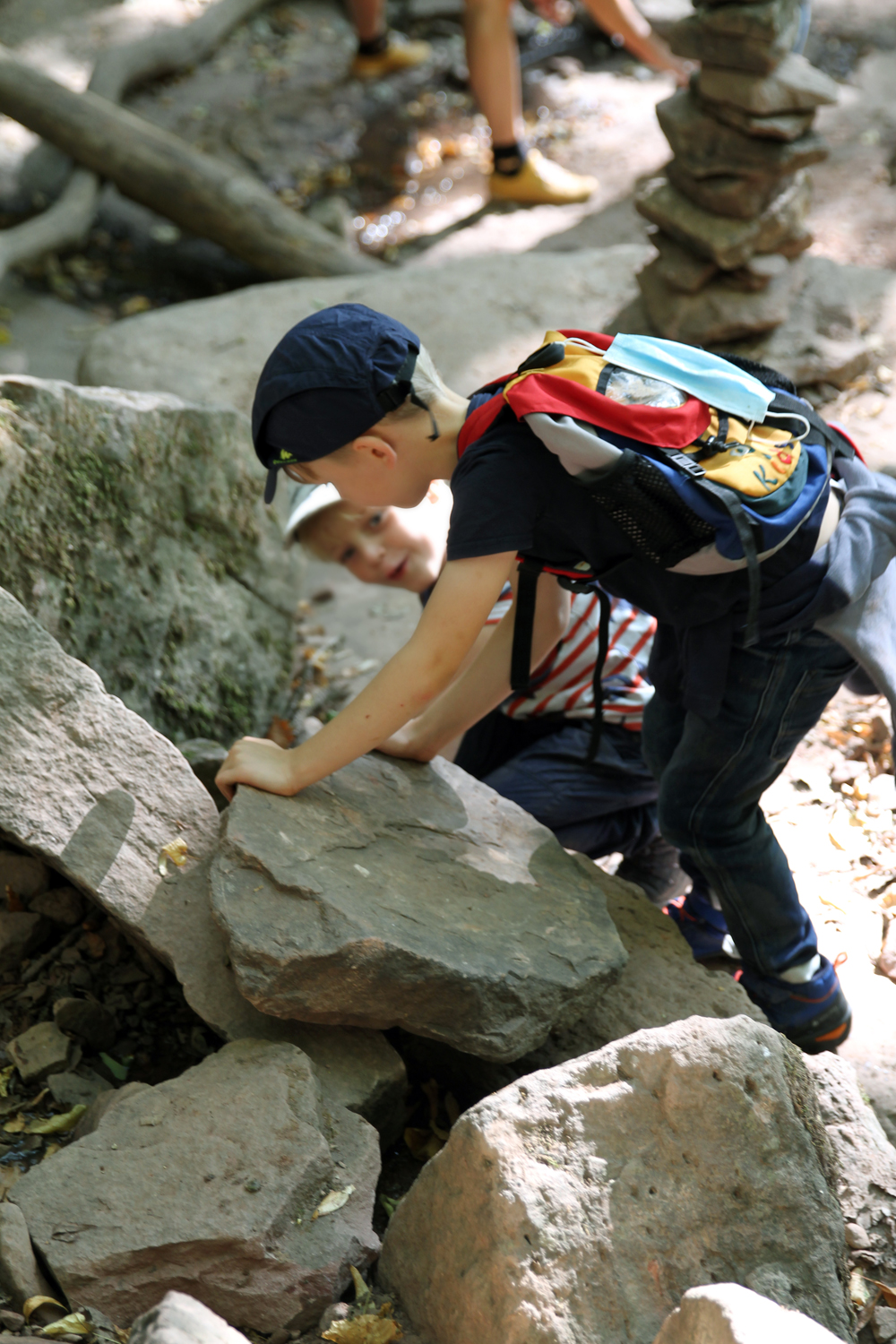 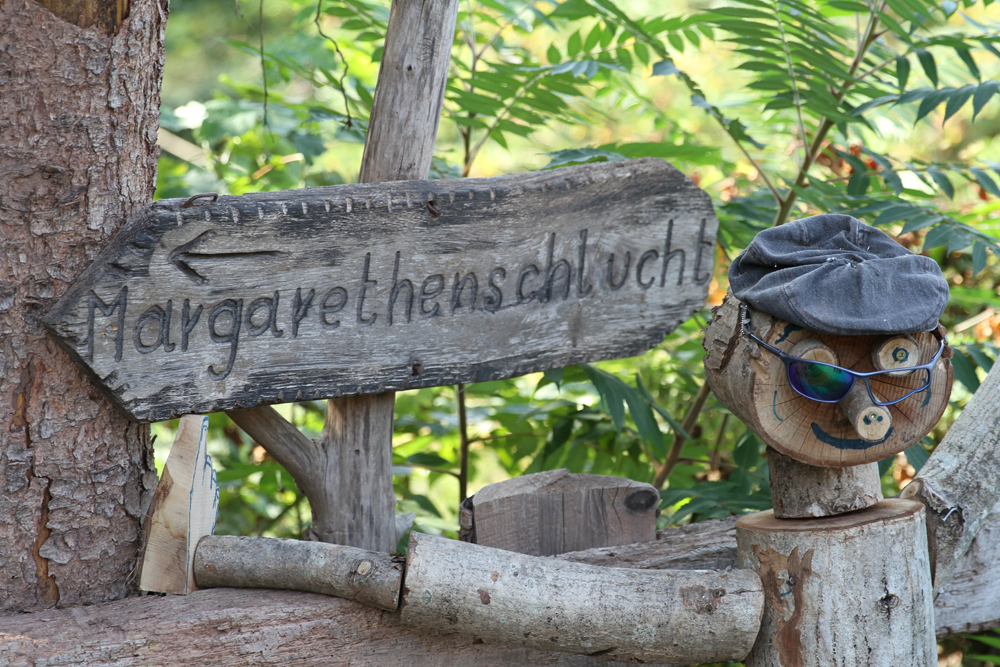 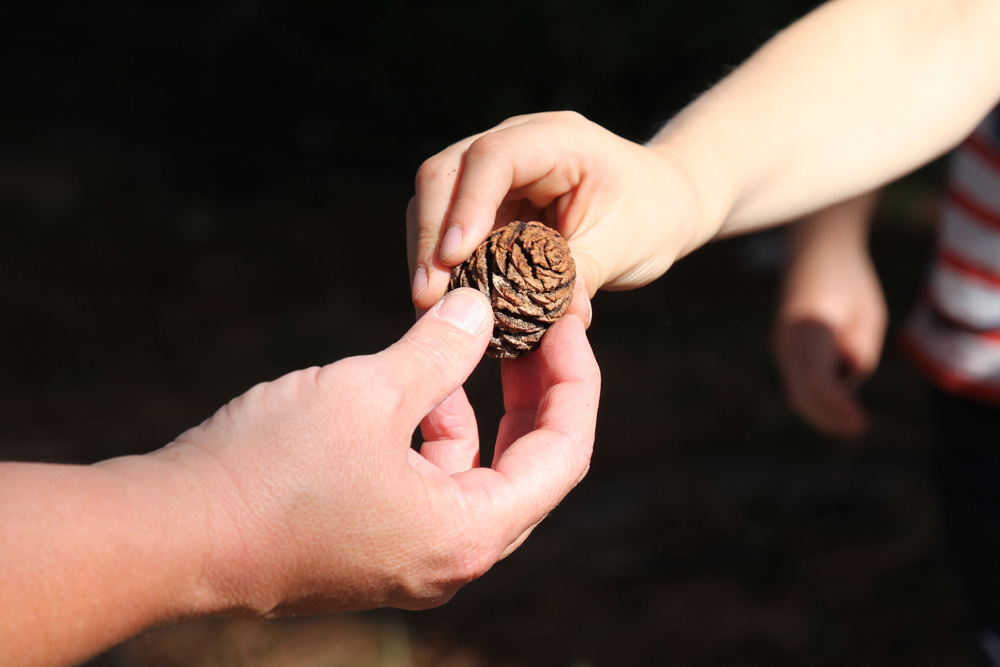 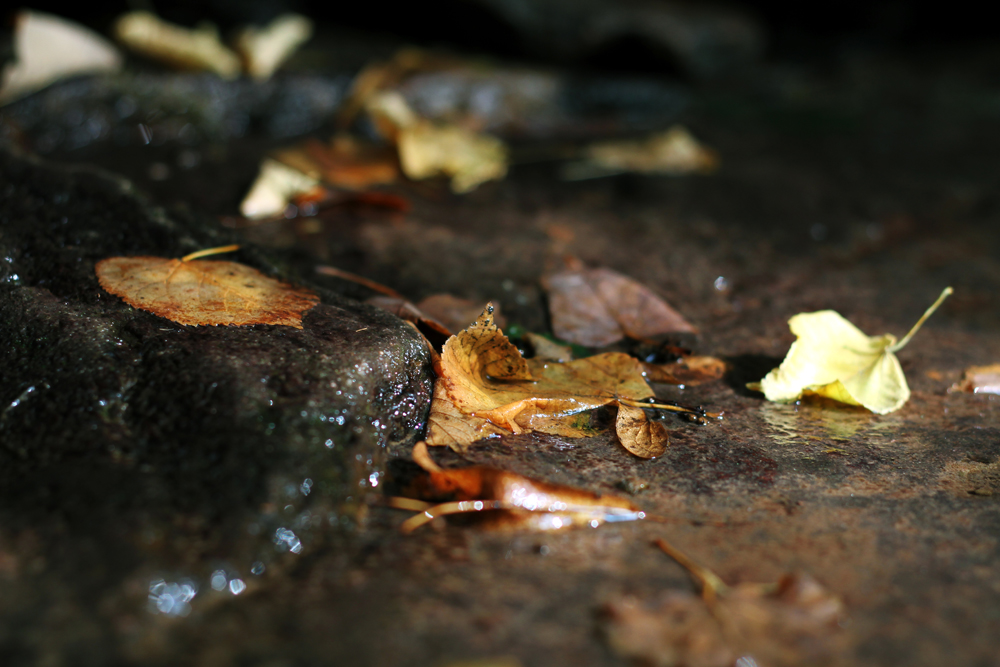