Each visit becomes a ritual

A story hardly known by any tourist can be discovered in the north of Heidelberg – far away from the souvenir shops: a botanical garden going all the way back to the year 1593, when a certain Henricus Smetius, professor of medicine, decided to create a medical garden near the castle …

… 424 years later. Rush-Hour in Heidelberg. If you cross the Neckar on the four-lane bridge “Ernst-Walz-Brücke” heading north, you will see another facet of Heidelberg: the campus Neuenheimer Feld. A place where Nobel Prize winners greet each other in passing on their bikes and a natural sciences centre. Hospitals, laboratories, functional architecture everywhere – and in the midst of it all: the botanical garden.

“Many people think we are the mixture of a zoo and a gardening centre. Strictly speaking we are rather a university research institute with living objects,” Dr. Andreas Franzke says observing his visitors with a critical yet impish smile. The scientific director of the garden says aloud what most visitors immediately think: “This workplace is a real privilege.”

The passionate botanist found his dream job already one decade ago. He moved from Osnabrück to Heidelberg especially for his new life at the garden area of about three hectares between student residence and research institute.

Dr. Andreas Franzke, the scientific director of the botanical garden of Heidelberg.

“For most people this is not about rare orchid species, exotic pineapple plants or original brassicas. Our visitors enjoy the condensed splendour and the calming power of nature.”

The garden of today, which was established in 1915, in the meantime has become the seventh location in the eventful history of the botanical garden Heidelberg. The inhabitants of Heidelberg love it and the most diverse people turn every visit here into a ritual. Patients form the surrounding clinics join the connoisseurs and lovers of botany and the pupils of Heidelberg who came here to add a ginkgo leaf to their herbarium at the last minute. Students from the neighbourhood skipping their lecture take a coffee while the laboratory staff meet on the park bench during their lunch break. 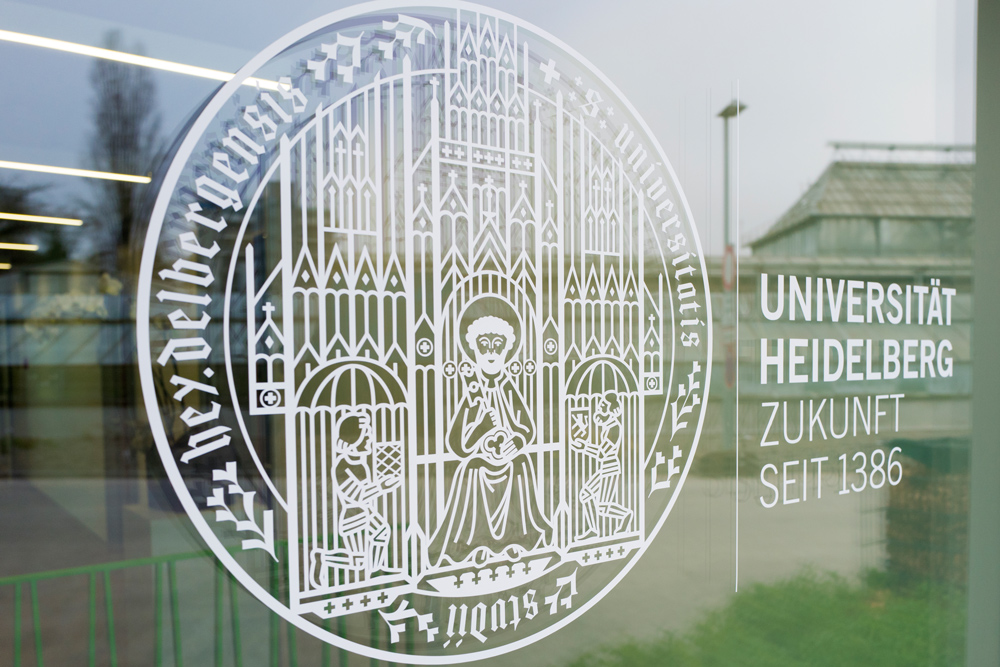 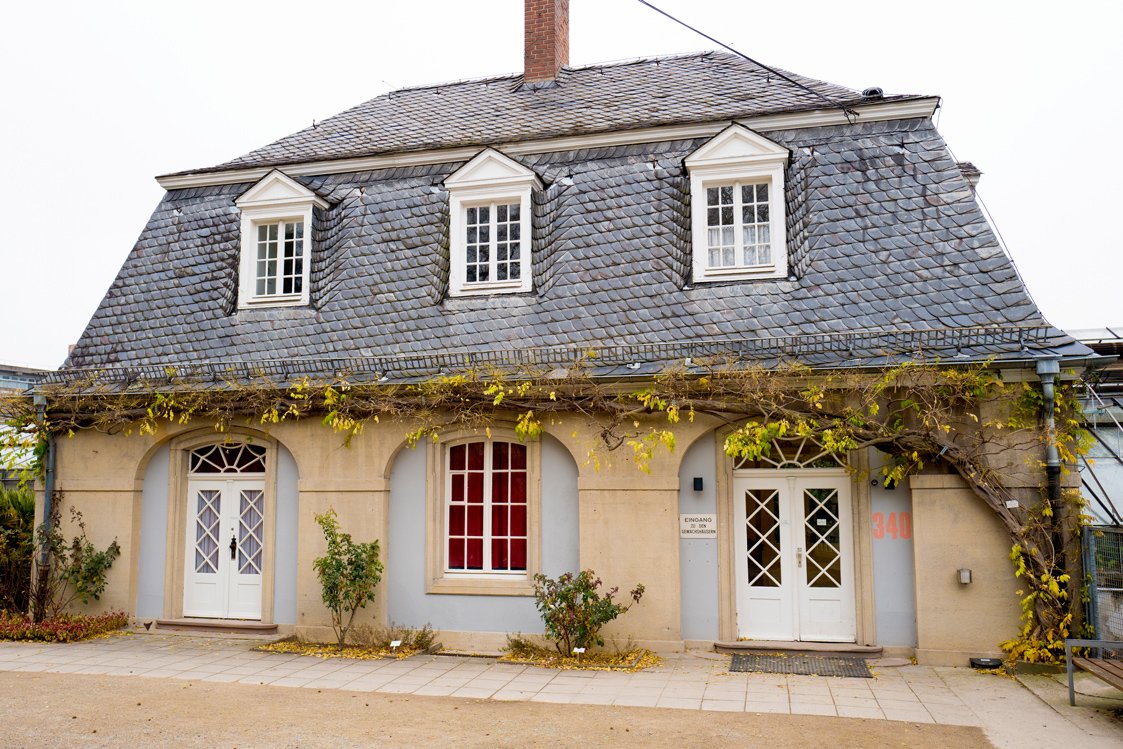 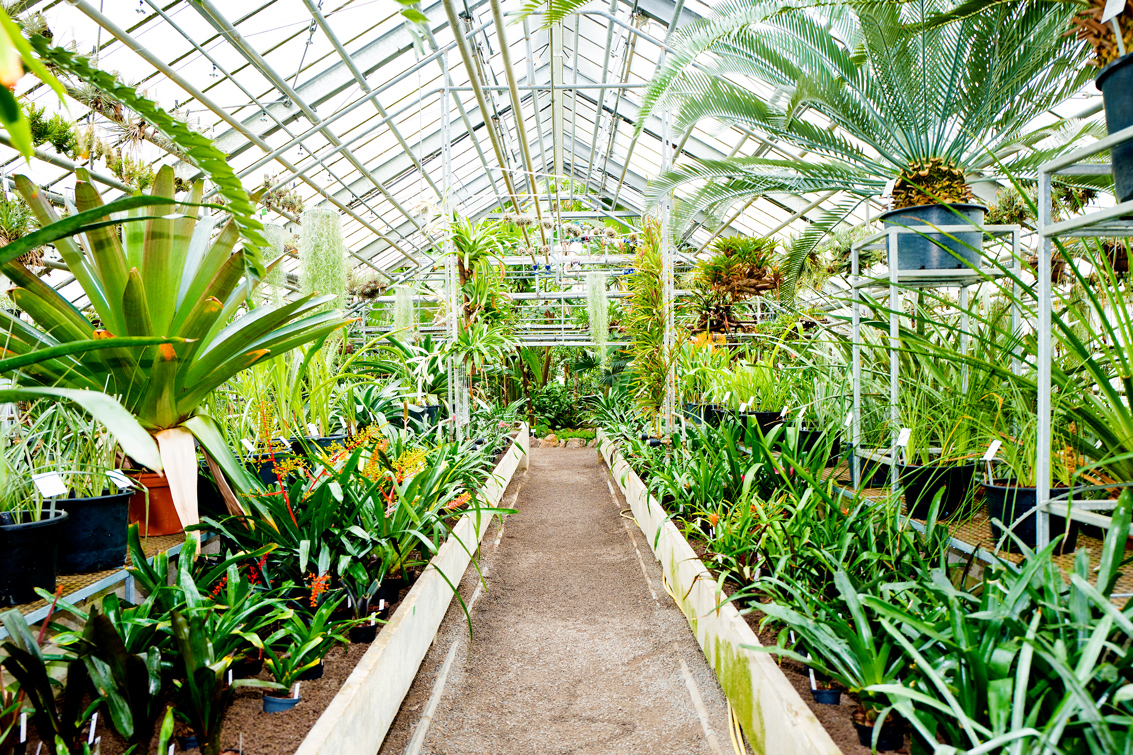 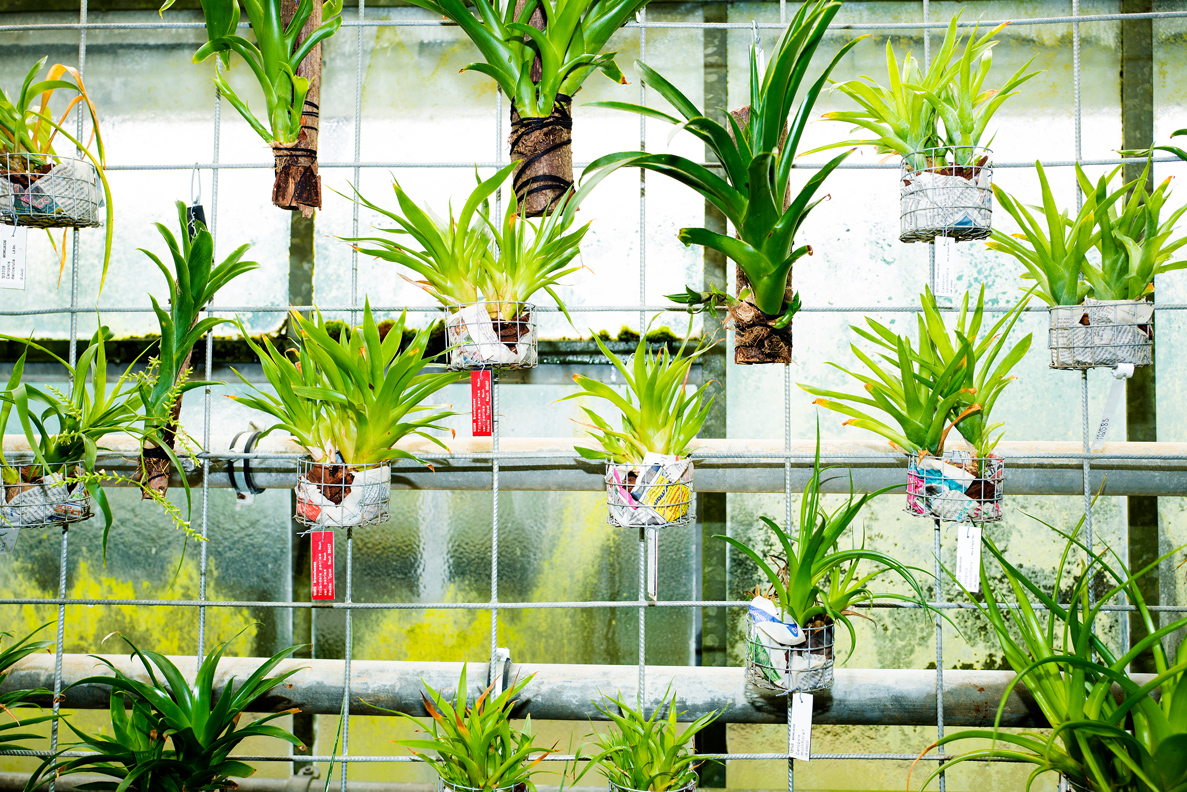 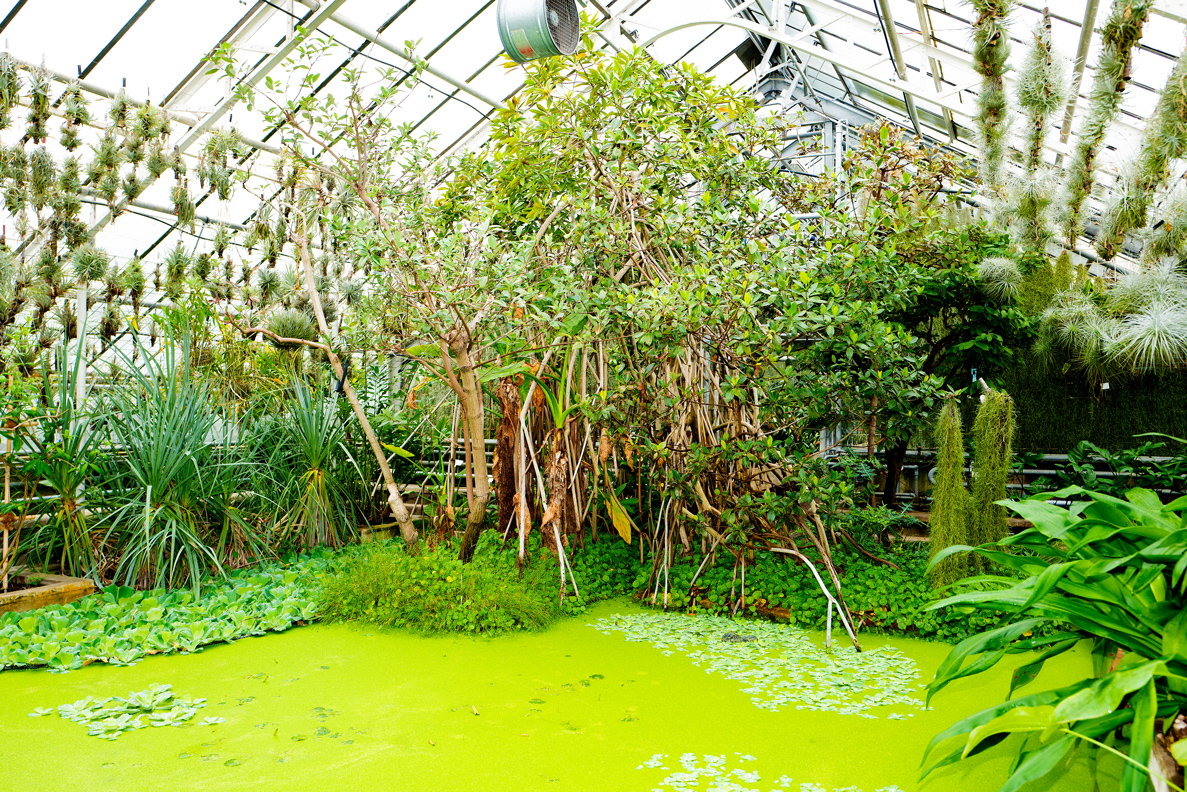 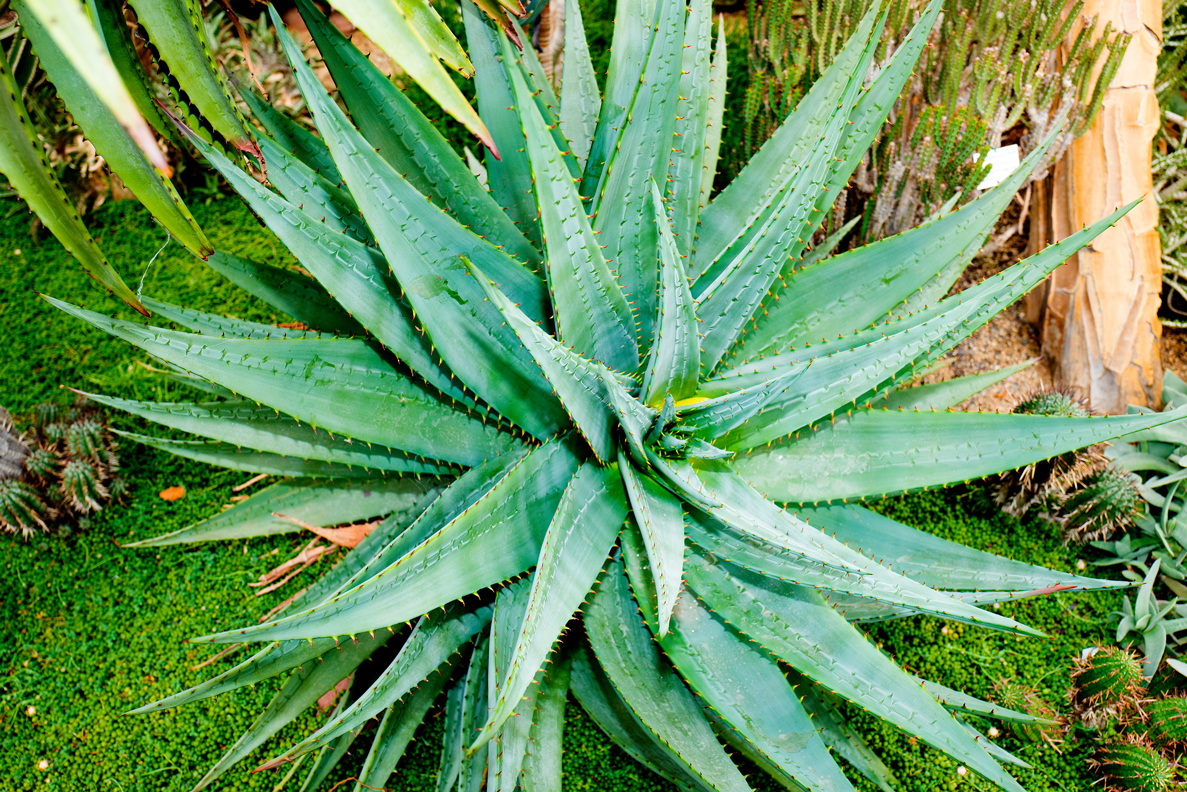 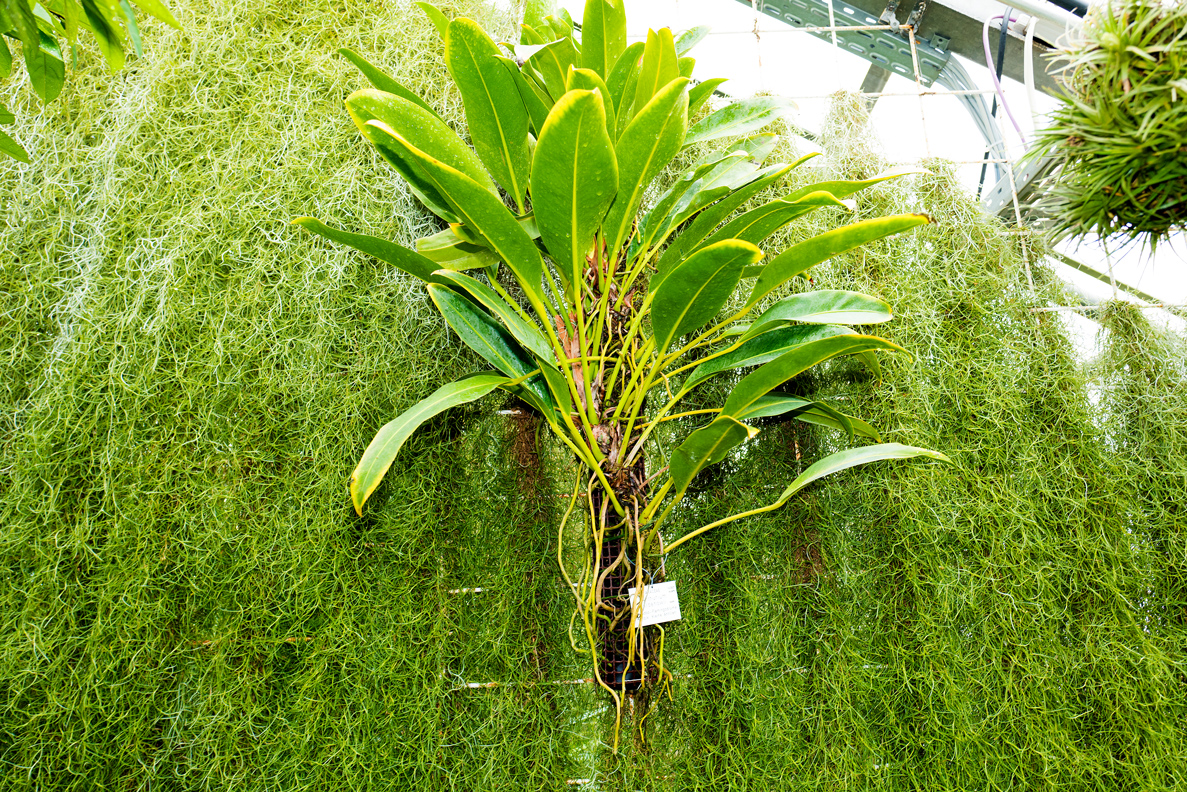 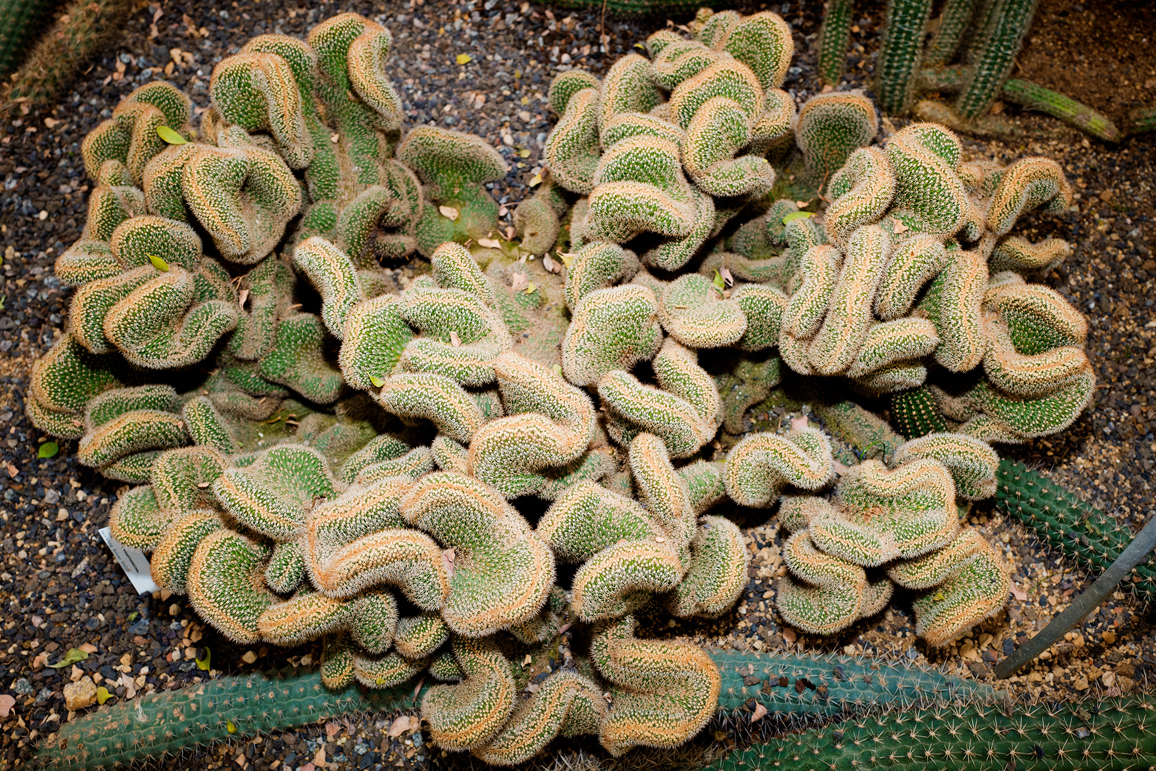 It is a unique feature of the botanical garden in Heidelberg that – unlike those of other cities – the public has free and permanent access to a great extent. And perhaps it is exactly this openness of the area which influences the atmosphere of the workplace at the university building no. 361. So, it might happen that a sprightly pensioner carrying a flowerpot under his arm inquisitively knocks at the door of Professor Dr. Marcus Koch’s team.

“Here, we have a chance to bring the idea of biodiversity to the mind of future generations and to promote the unity of nature, culture and humankind.“

Sometimes, though, some admonishing is in order – for example when a tourist has dug out a succulent and taken the exotic plant home as a souvenir to place it on the domestic balcony. The times when biologists dressed in Indiana Jones outfits roamed through the jungle to bring back some rare plant species are long gone. Botanical gardens stick to strict rules, overexploitation has categorically been eliminated. This used to be quite different, up until the second half of the 20th century botanical research took place mainly in faraway countries.

Thus, the international reputation of the collection of bromeliads and orchids in Heidelberg is based on the indefatigable travels to Madagascar by Professor Werner Rauh, director of the garden from 1960 to 1982 and father-like idol of the garden. Privately financed, using the most advanced digital technology and utmost meticulousness the researchers work at this almost infinite puzzle, which is what his legacy means to his successors. Even a century after their discovery, thousands of plants can be related to the place where they were found with more precision.

That the scientific importance of an orchid species is grounded on its exact place of discovery rather than on its flowerage is of little interest to most visitors of the garden. This does not bother Andreas Franzke – on the contrary: Despite his interest in the own history and the multitude of recent research topics he, just like garden director Marcus Koch, considers the focal point of the work to be of a different kind altogether.

“Here, we have a chance to bring the idea of biodiversity to the mind of future generations and to promote the unity of nature, culture and humankind. For many older citizens the botanical garden is a sacred place, each visit becomes a ritual action. For children and youngsters this is quite different. For them it is just fun and that is totally okay – because fun and knowledge acquisition go hand in hand here.”

Instead of putting plastic dinosaurs on display as recommended by a commercial provider some time ago, the research team constantly thinks of new events with pedagogical benefits relating to the topic biodiversity. More than a dozen different mottos for individual children’s birthday parties can be found on their website.

The same is true for the numerous workshops the institute offers addressed at the adult audience. These range from producing your own natural cosmetics to cooking classes as well as floristic, photographic, artistic or painting courses. On top of that, several excursions to the surrounding meadows and forests are on offer, which have become so popular by now that early registration is recommended.

True plant lovers who simply cannot get enough, can stock up on surplus exotic plant offshoots at the gates in exchange for a small donation and take these home. But only non-invasive plants can be obtained here, which have a real chance to survive at the hobby gardener’s home, too.

Up until today, Andreas Franzke has not taken home an exotic specimen yet. When he comes home from work with his bike, it pleases him to watch his little domestic garden grow wild – after all, you do not have to botanise everything.