Sometimes, you can’t see the wood for the trees when you’re deep inside of it. Unless you are accompanied by the Geopark Ranger Michael Kauer. He and 30 other rangers will guide you through the fascinating Geo-Naturepark Bergstrasse-Odenwald that was designated a “UNESCO Global Geopark” Site in 2015.

At the steepest part of the Hessische Bergstraße (Hessian Mountain Road), the vineyards climb up the steep slopes above the town of Zwingenberg so stunningly until they reach the woods, the Odenwald mountain woods. Every step made inside the Odenwald takes you deeper into geological history. Why is this so? Geopark Ranger Michael Kauer explains why in his tours with the temperament of a southern Hesse magma chamber. Bold groups of eager to learn people, often on a school or office outing, who display fierce determination, love following him. They meet in the small old part of the town in Zwingenberg.

Even down here, in the charming valley, Michael Kauer starts to find indications for geological peculiarities and historic-cultural faults everywhere. The bases of the old town buildings consist of rock, the churches and walls possess this anyhow. All of the rulers used to have rocks dragged here from their own dominions – be it the monks from Lorsch or the earls from Katzenelnbogen in the Taunus region. Michael Kauer detects everything. He draws conclusions and tells his audience about them.

Born in Lautertal, Michael Kauer has a full-time job at the Frankfurt Zoological Society in succession of Bernhard Grzimek: What had once started with “Serengeti Shall Not Die”, the most famous of all eco initiatives, has now turned into a total of around 30 projects in 18 countries and with 300 staff members. This brings to mind the idea of wishing Michael Kauer all the best for adventurous business trips to exotic parts of the world. Which directly leads to one of the topics that the passionate Geopark ranger is an expert at: continents and their movement. If, on a tour with him up the Rhine Rift Valley, you seem to think that you know something and want to prove it by saying out loud: “I know it!”, you will soon retreat modestly into the background. There are no simple explanations here!

This is why today more than 30 voluntary rangers reveal the countless secrets of the Naturepark Bergstrasse-Odenwald that was founded in 1960 as one of the first nature parks in Germany. Its unique landscape possessing nature and geology that are well worth discovering and being protected, unfolds on a terrain that measures over 3,500 square kilometres between the rivers Rhine, Main and Neckar. 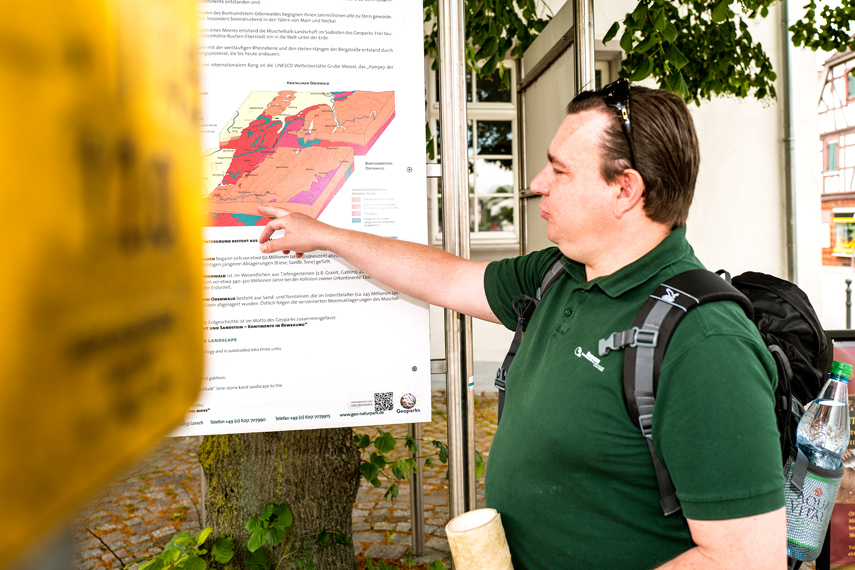 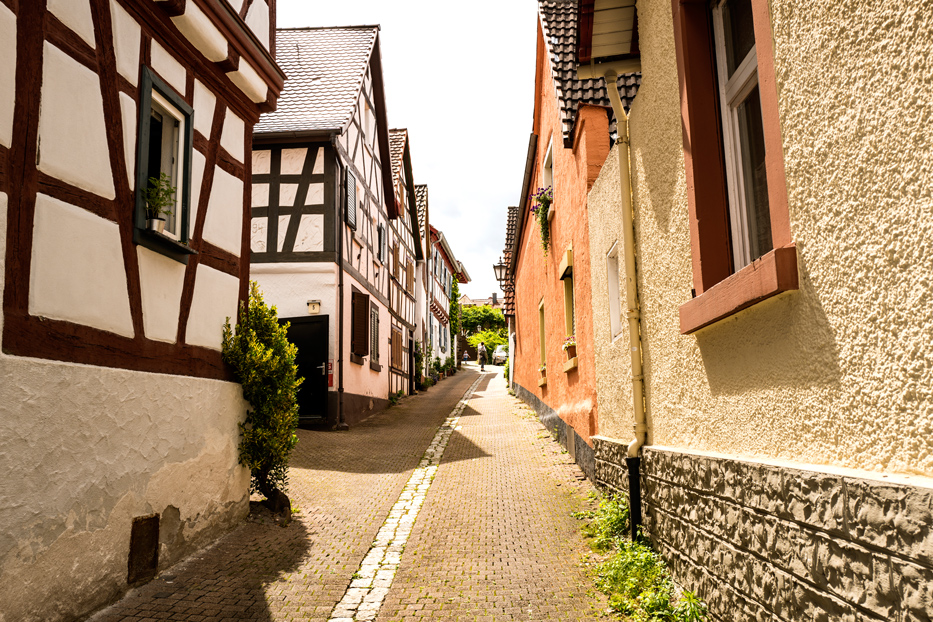 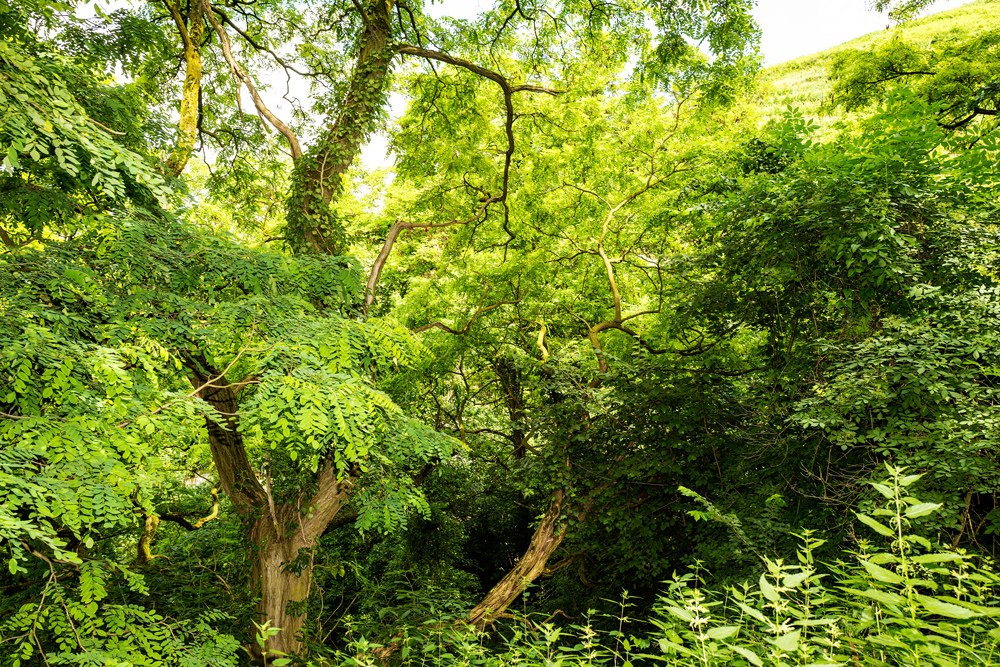 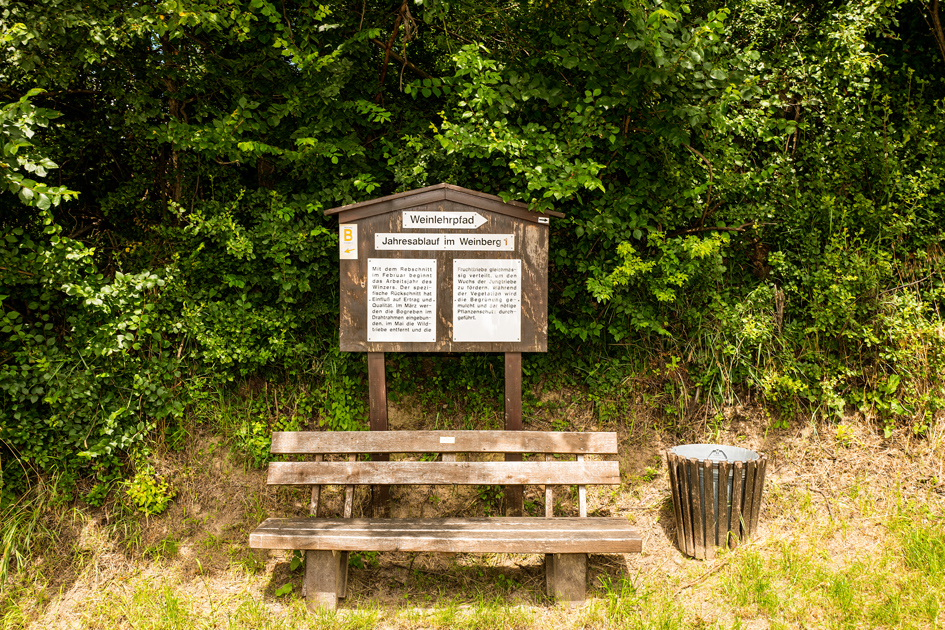 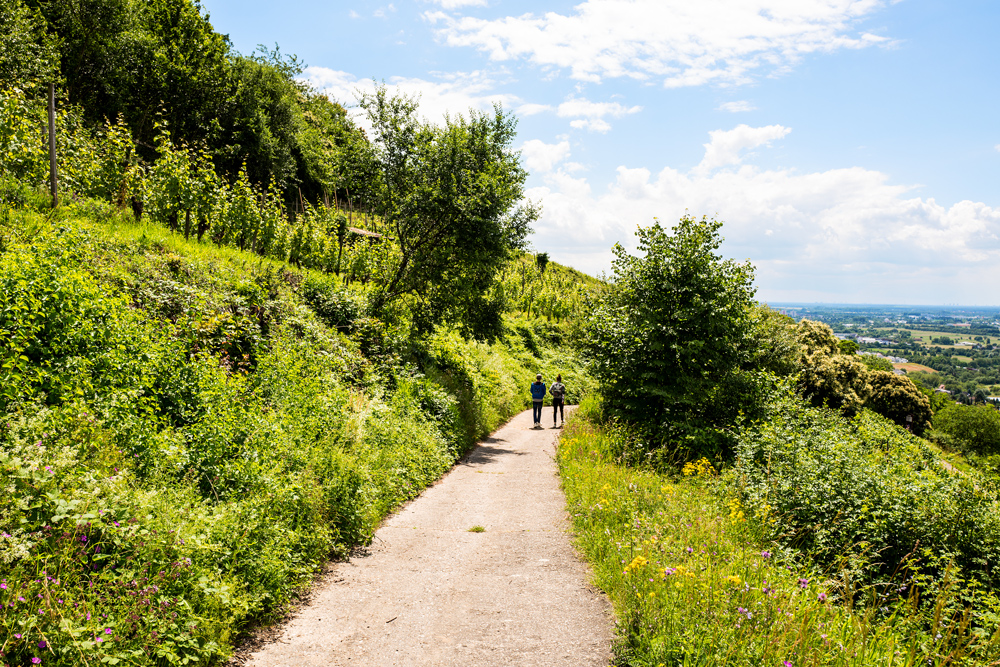 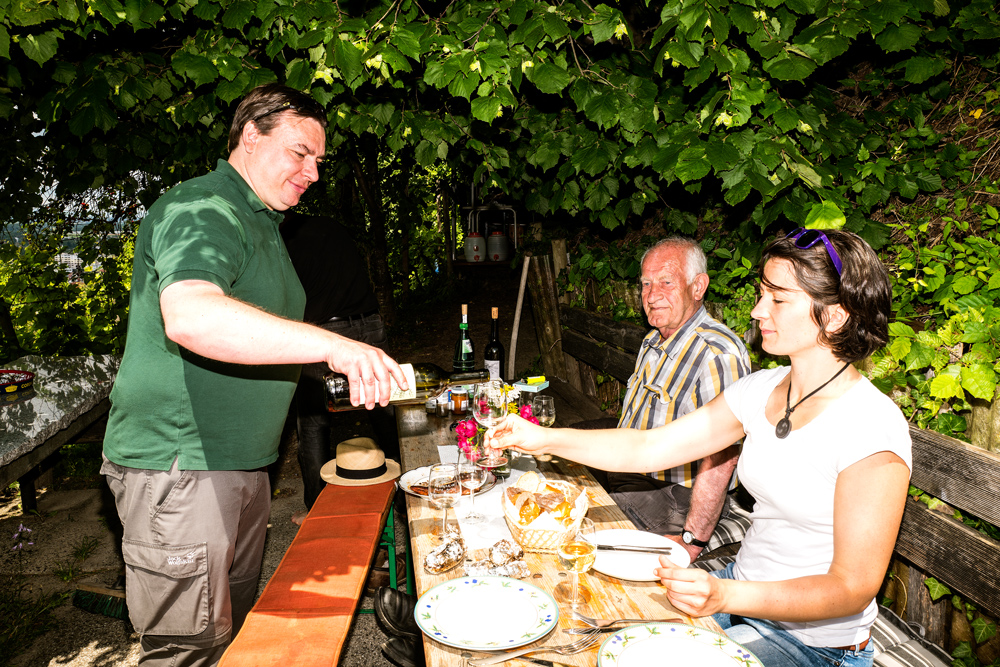 “The first thing that the children notice is: how well Africa and South America fit together.”

Michael Kauer was trained as a ranger back in 2004 when the nature park was designated Global Geopark at its membership of the global network of Geoparks. Ever since, he has explained to anybody who is interested all about continental drift and what was going on here in the Rhine-Neckar Metropolitan Region over the past 340 million years or so. And then you learn that “here” wasn’t actually “here” at all: the southern Hesse part of the region used to cruise around somewhere south of the equator then. Fossils and minerals provide solid proof for this.

Michael Kauer makes these phenomena clear in a very simple way especially for school classes. He has an ingenious continent plywood jigsaw puzzle handy – to piece together the supercontinent Pangaea from the current situation on earth. “The first thing that the children notice is: how well Africa and South America fit together.” They quickly pull India out of southern Asia and push it round a corner like a Matchbox car – they fit! “It works best when I place two dinosaurs on two continents that are divided by seas and then ask them: How is it possible that the same animals appear both here and there?” The ranger vividly illustrates the folding processes of the Rheinisches Schiefergebirge (Rhenish Massif) by putting his hand on a skin area and pushing it together. The mountain range is an ocean floor left-over, by the way. Got it? Once, seas splashed on the edges of the Odenwald and then they vanished over the course of millions of years. One of them was swallowed and the other one got pushed upwards.

Today, you can learn about all this in guided tours through the Geopark or along Geo pathways or at Geo spots on cycle and mountain bike routes.

And then wine comes into play at the end of Michael Kauer’s tour. The ranger cooperates with several local wine-growers and the cooperative society Bergsträßer Winzer eG. They once carried out an experiment with a result that equally fascinated both experts and amateurs. They took a vine, a Riesling of course, and treated it exactly the same way, also during the final processing, but in two different regions, the Rheingau and the Bergstraße – and then tasted it: What a difference! It is a matter of fact that Riesling and Spätburgunder (Pinot noir) are suited to portray the soil on which they grow in terms of taste. The real life evidence is much more exciting however. Early on, Michael Kauer began to cooperate with Wilfried Bürkle, a Zwingenberg high-quality wine pioneer. Clients of the Simon-Bürkle wine-growing estate have a penchant for the “Granit” (Granite), a captivating Riesling, whose mineral character has a notable taste.

Getting back to us, the eager-to-learn people who can chose from three options… Firstly: a two-hour tour around Zwingenberg, which teaches you a lot already. Secondly: the four-hour tour that includes the climb to the Auerbach Castle and that almost requires alpine-like skills. Thirdly: You skive off early… and resurface discreetly whistling at the wine tasting session – for this is the traditional conclusion of a hike with the 2009 appointed “Weinerlebnisführer” (Wine Adventure Guide).

This Geopark Ranger is just fabulous! But, beware! If you skip the hike, at the evening chats in one of the Bergsträßer Weinstuben (wine bars), you will get on those comrades’ nerves who have really clambered up: “What about the Variscan mountain belt?“

It once included, surprisingly so, the Odenwald and the Bohemian Forest, the Ardennes and even Scotland, parts of Spain, the Atlas Mountains… “as high as the Andes back then.” We are lucky that, nowadays, these immense heights have lowered to our Odenwald mountain range, otherwise the tours, in which “the geologist turns into a crime inspector” would be even more demanding.

Close to Leimen, we find limestone and, of course, there are particular reasons for this again. If you want to learn about this and much, much more, you can choose your individual tour with a ranger from the Geopark website. And here, you are allowed to ask anything about the amazing things that you may not think much about otherwise, for example: Why, in geological terms, is Mannheim the lowest point of the Metropolitan Region…