All is well in the Steingasse

Dirndl dresses made of nylon and refrigerator magnets in black, red and gold … Even if it seems that tourist shops around Heidelberg all carry the same dime-a-dozen wares, there is a place in the old town that stands out among the throngs of the ordinary. Down Steingasse alley tourists are surprised to find a genuine parallel world apart from postcard motifs.

The Steingasse runs from the Heiliggeistkirche (Church of the Holy Ghost) in the old town to the world-famous Alte Brücke (Old Bridge). The cobblestone alley, scarcely longer than a hundred metres, tends to be quite crowded when the weather is nice. People listening to tourist guides on headphones and carrying selfie sticks, while slowly pushing down the alley towards the Neckar – not the place you would expect to find bars and shops run by owners with commitment and attention to detail. But if you take a closer look you will actually find an authentic and surprisingly harmonious biotope of old town city life in Heidelberg.

The glass doors of the Casa del Caffé are fogged over. The milk frother hisses – Barista Flocki churns out his caffeinated refreshment. People are already gathering here in the very early morning, but here it’s locals only. They come at a time of day when the coaches from Neuschwanstein are still stuck on Bavarian highways. University teachers on their way to work, mingling with pub goers still feeling the aftermath of an all-night party session. Over a croissant and a cappuccino they engage in vehement discussions. They fight over the daily newspaper, fool about and share the latest gossip.

“Mummy, mummy, the candyman’s car!” A little girl presses her nose against the shop door. The man with sunglasses in his hair getting out of his delivery van is Jens Meier. He is archaeologist – or used to be, to be precise. Today this is of no interest to anyone around here, especially not to his devoted fans. They often still attend nursery school or primary school and love his shop: the Heidelberg candy manufactory.

“I initially moved to Heidelberg in order to study here. After finishing my studies I worked as an IT specialist for some years, but at some point I did not want to spend most of my time in front of the computer.” Jens takes a large gulp of his coffee made by Flocki before opening the shop next door. “The candy thing was my idea, I just had to try it out.” 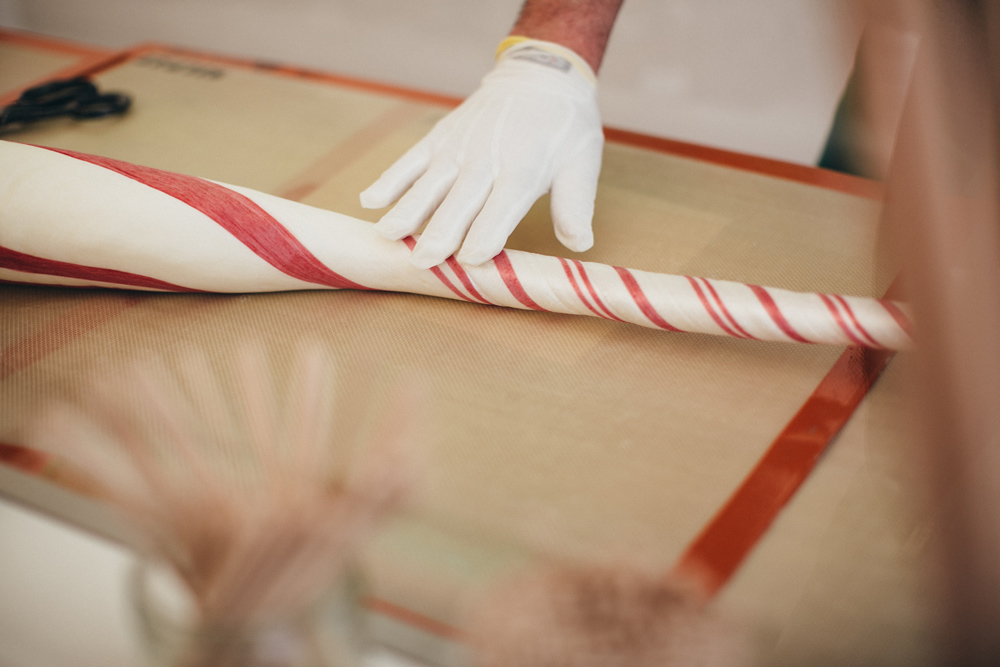 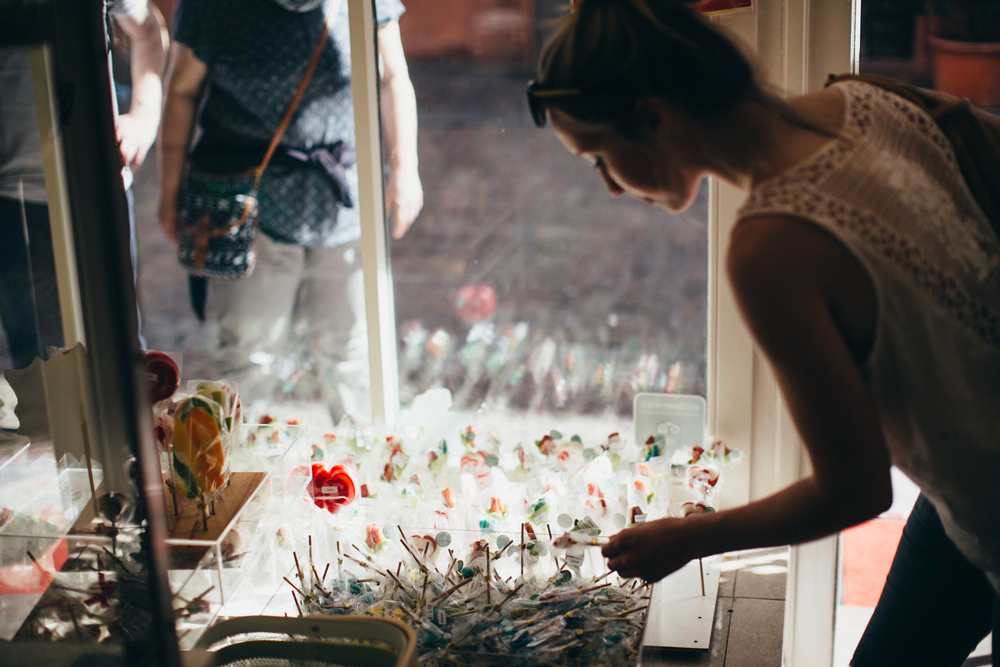 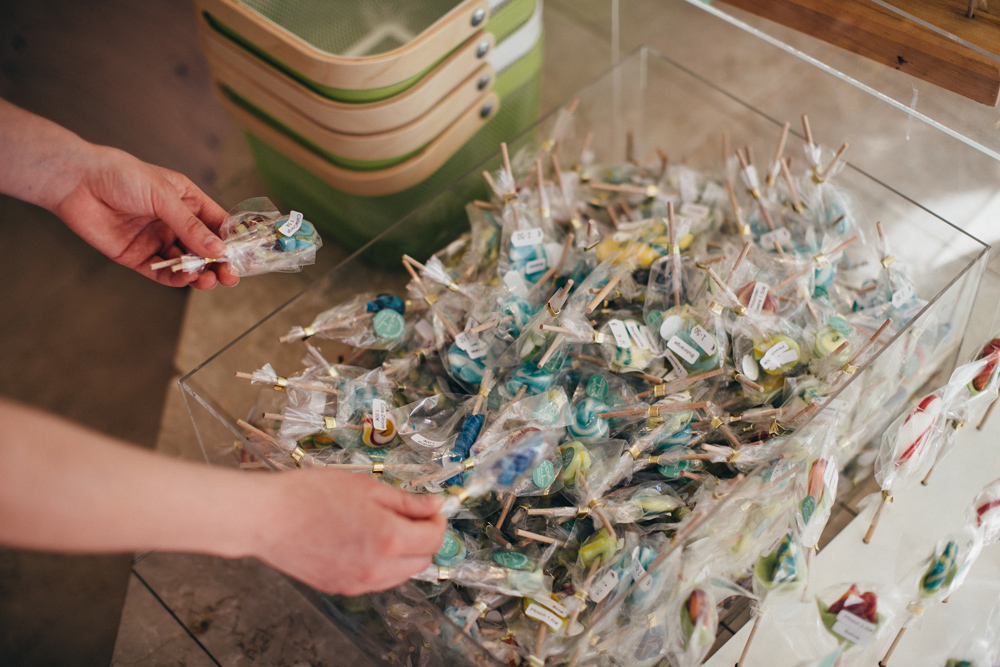 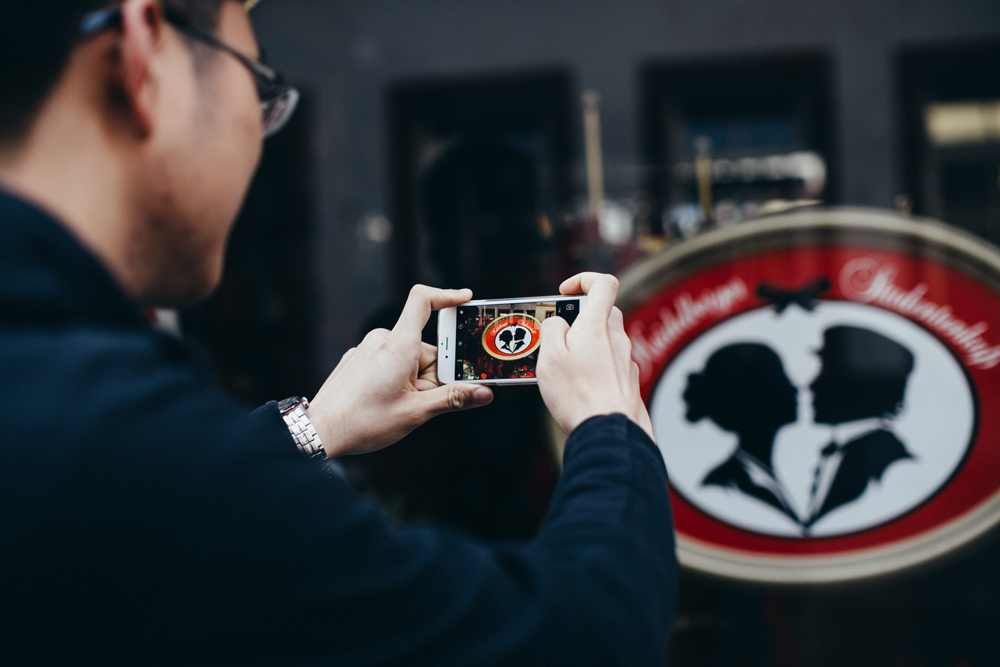 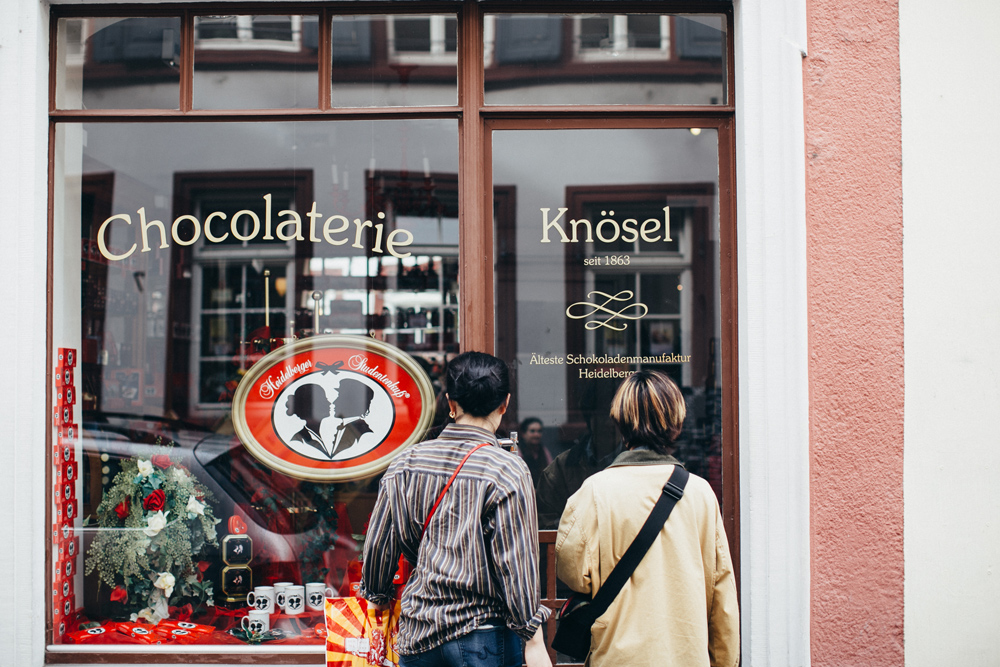 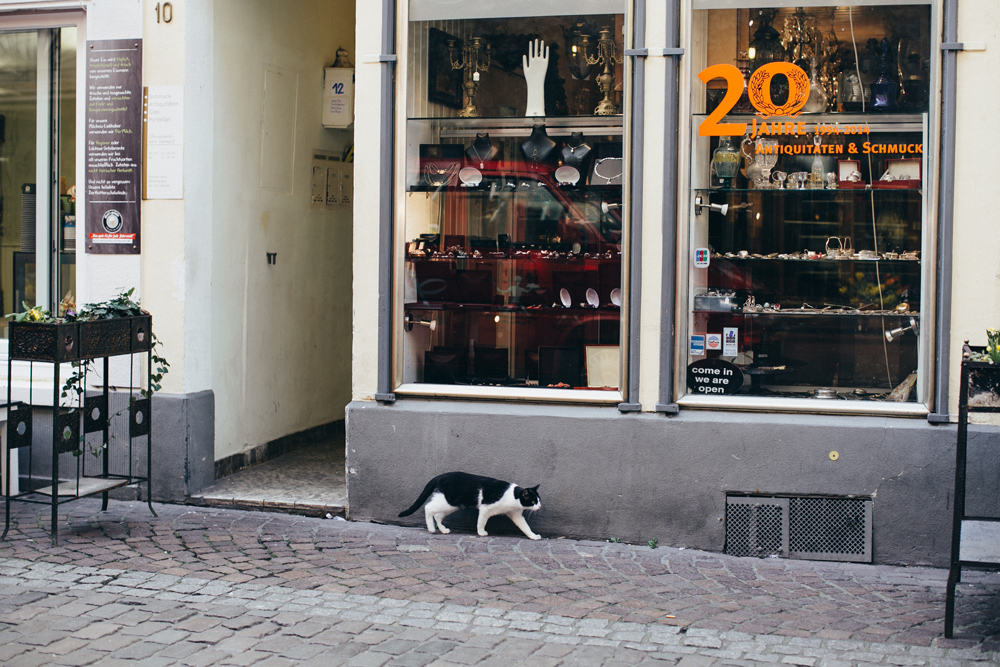 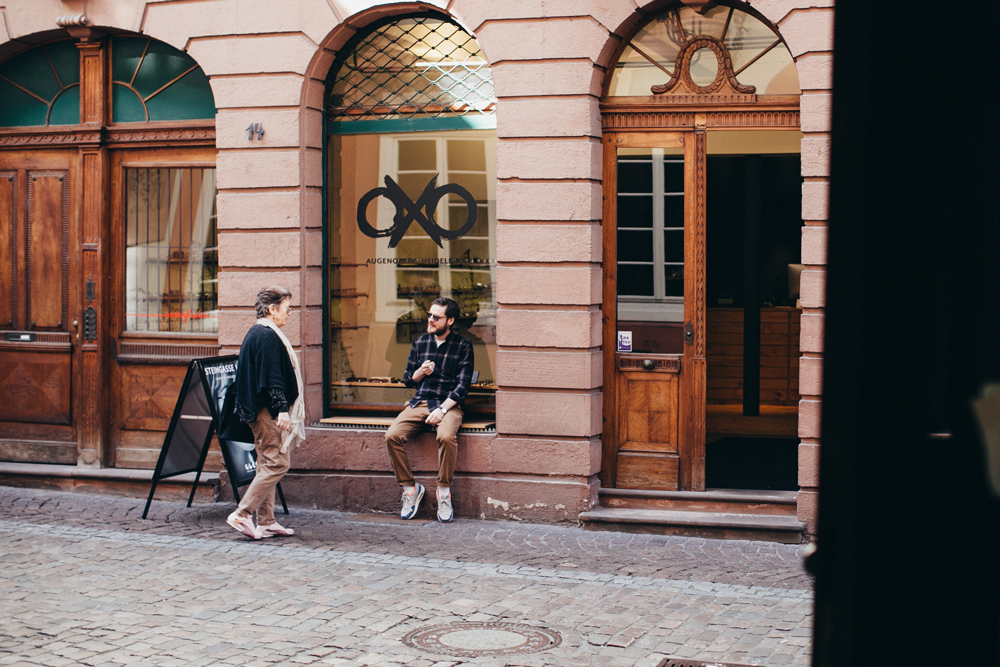 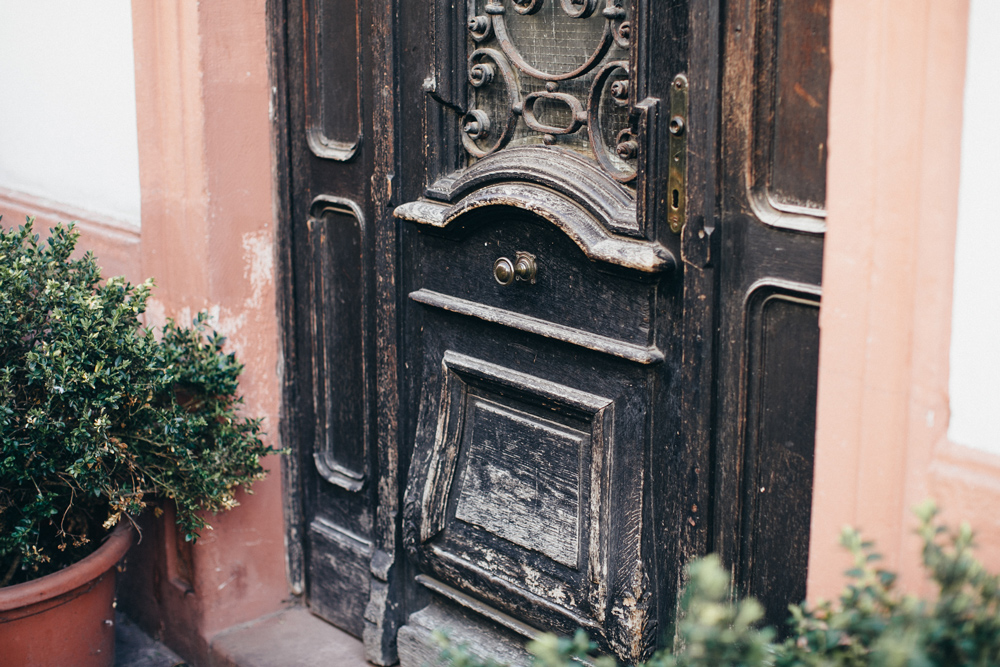 He stands behind the long bar serving also as his work bench and puts a work apron on. Together with his small team he produces several kilograms of sweets every day directly in front of the eyes of passers-by. Homemade and to a large extend naturally flavoured “gutzl” as the genuine inhabitants of Heidelberg call them. Sweets that not only raise the blood sugar level, but above all make hearts leap for joy. Instead of just watching and shopping you can also make your own sweets here. “I love teaching people how to make sweets themselves. By now, there is hardly a week without having at least one children’s birthday party here in the shop. Adults, too, like making their own sweets.“

The candy manufactory has been in the old town for four years now. Initially, it was located in a less frequented side street off the pedestrian zone. “When I heard of the shop here, I simply knew: I want to be there.” Jens feels closely connected to the Steingasse. When the house was sold in which the manufactory was situated he changed to the other side of the road. He now has a reliable, long-term lease.

“It is very important for me to know that I do not have to move away soon. What makes our alley so special is the community of people here – you know and support each other.”

In the summer, tables, chairs and parasols stand in line outside in front of the historical facades. “When it is packed in the sushi bar next door, you can simply take a seat at Flocki’s and have your meal served there. You will find something like this only here in our alley.” Jens’s neighbour Konstantin is a self-educated sushi professional. He changed to the other side of the Steingasse several years ago now for expansion.

Where his take-away shop once was, the Welldone Studios have their premises today. Flo and Sassan, two young graphic designers from Heidelberg, run their urban textile printing company here. Their logos of Heidelberg influenced by calligraphy and comic art are sought-after souvenirs now.

Urban made T-Shirts in Heidelberg: the Welldone Studios

For a long time now, the two are regulars of the Steingasse because their pal Marco runs the “Joe Molese” just next door, Heidelberg’s hippest burger bar. Somehow everything indeed is connected to everything else around here, the award-winning optician’s shop with the ice-cream parlour, the sushi bar with the trattoria at the corner. “Sometimes it becomes quite crowded in the alley, but such is life when you are part of a family. If this ever becomes too much for me, I will move to the Chocolaterie Knösel in the Haspelgasse.” Jens says with a wink. In the tranquil parallel street, the famous “Heidelberger Studentenküsse” (student’s kisses) have been manufactured since 1863. It will take 150 years until his “gutzl” can look back on an equally long tradition. But who knows, in the Steingasse everything seems to be possible. 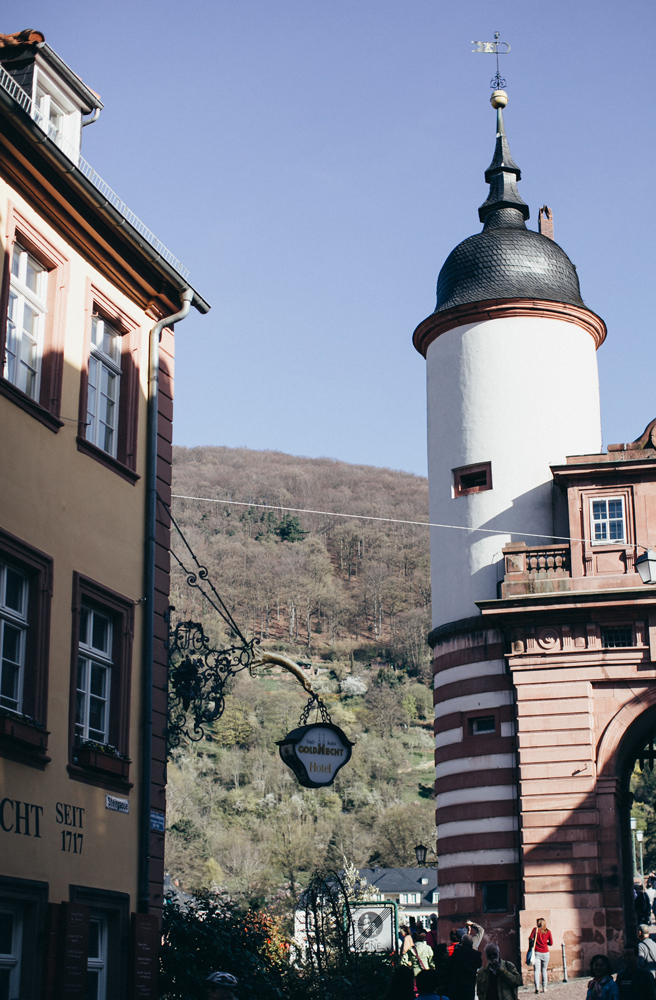 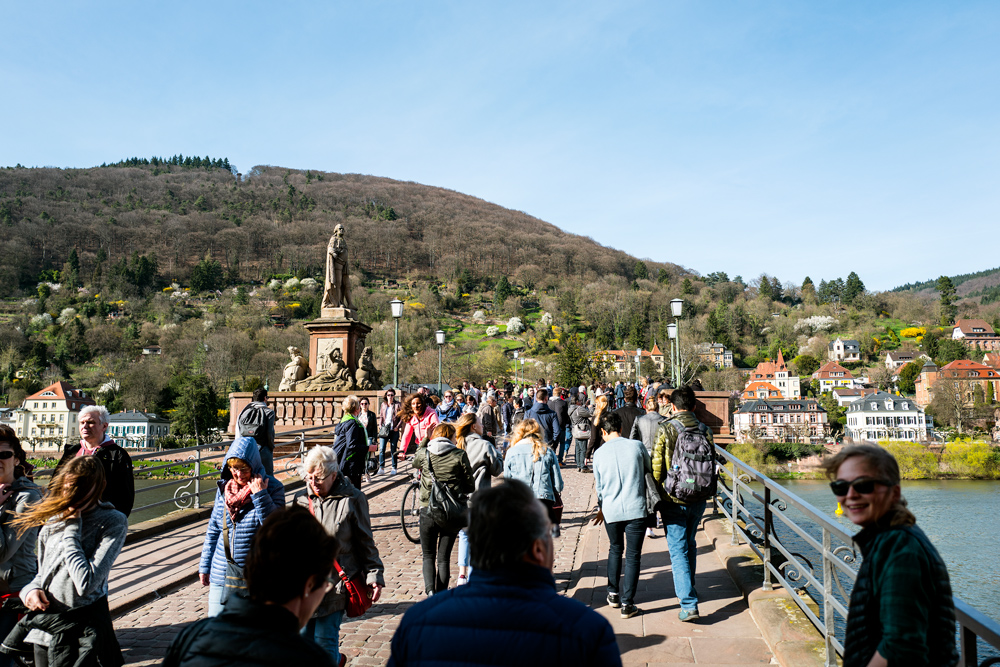 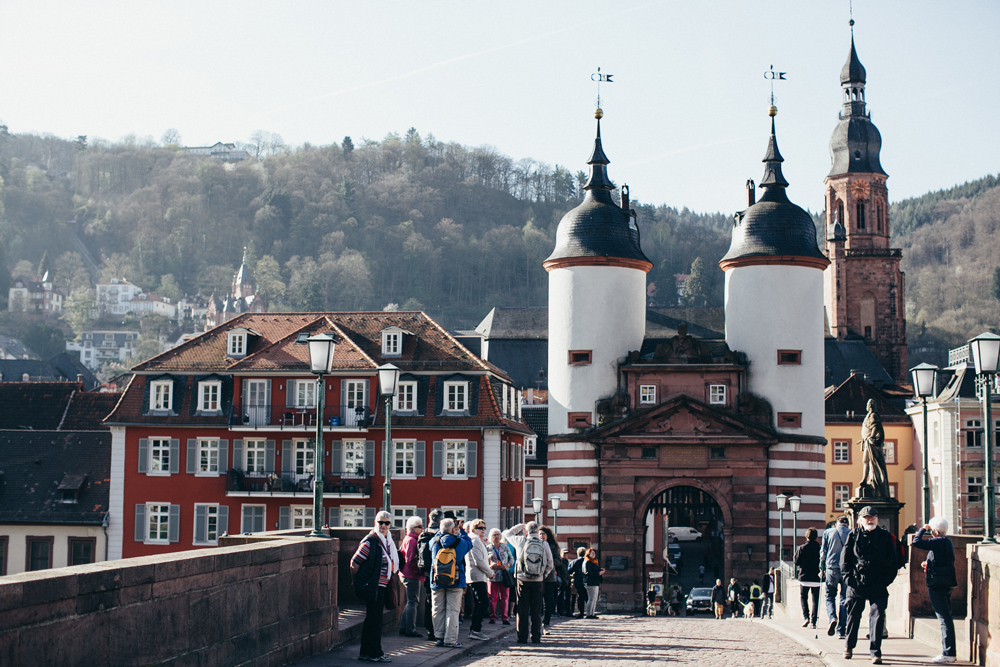 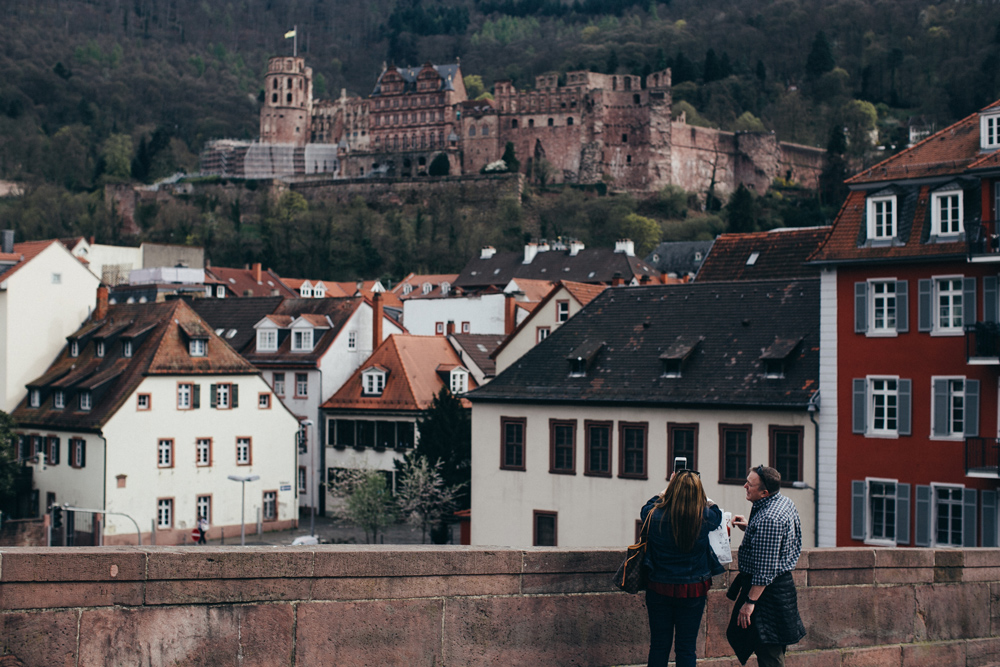 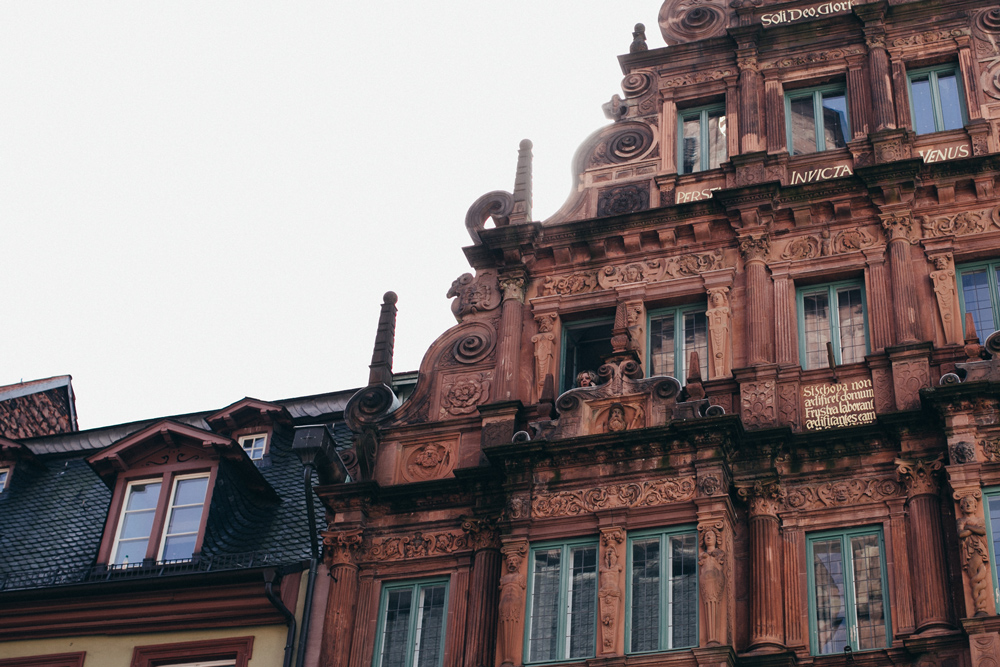 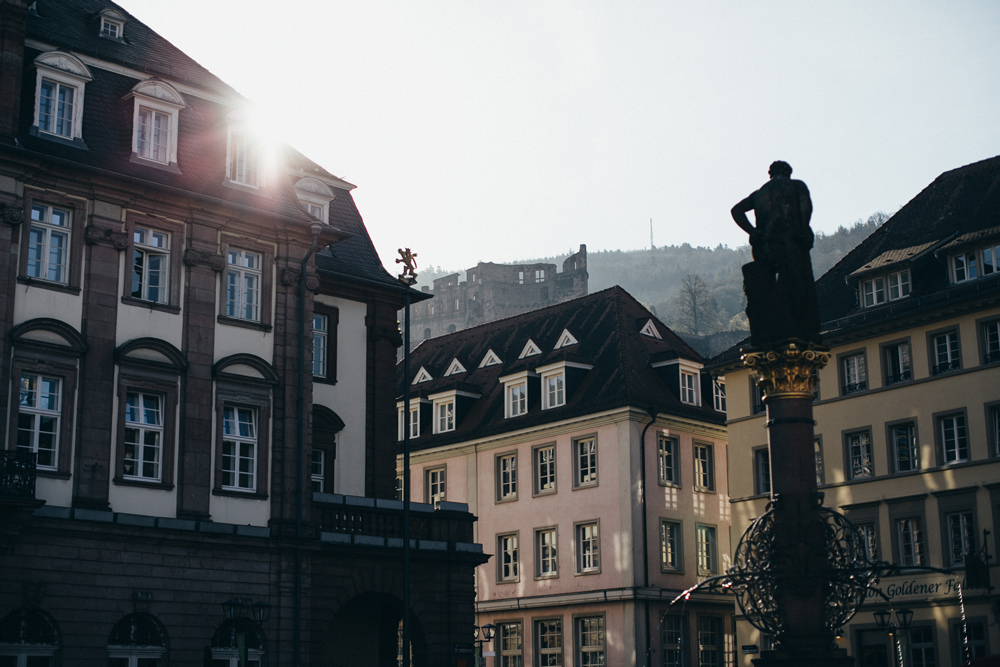 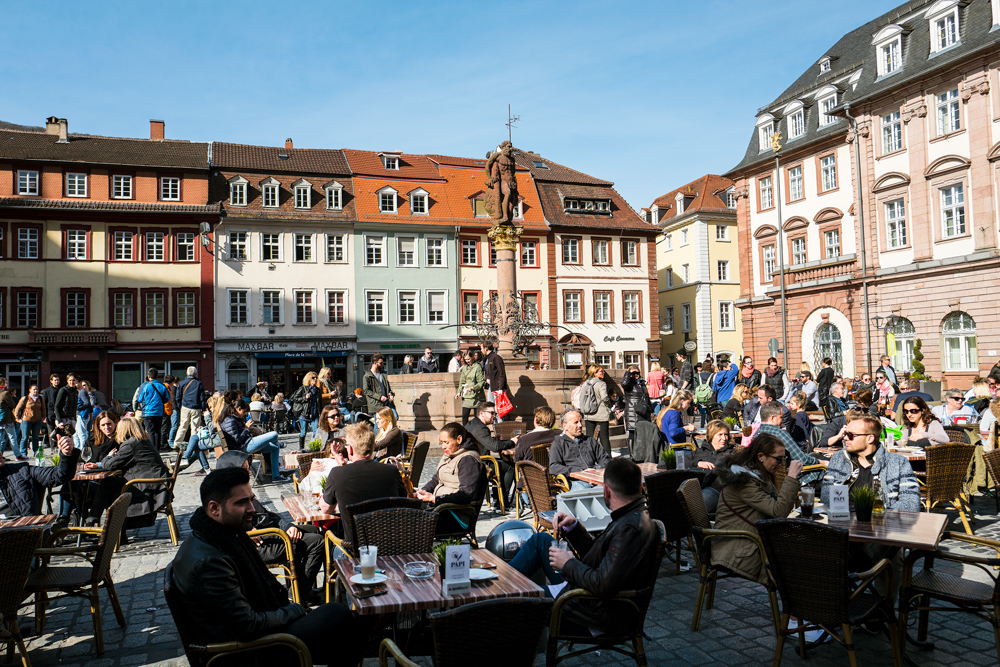 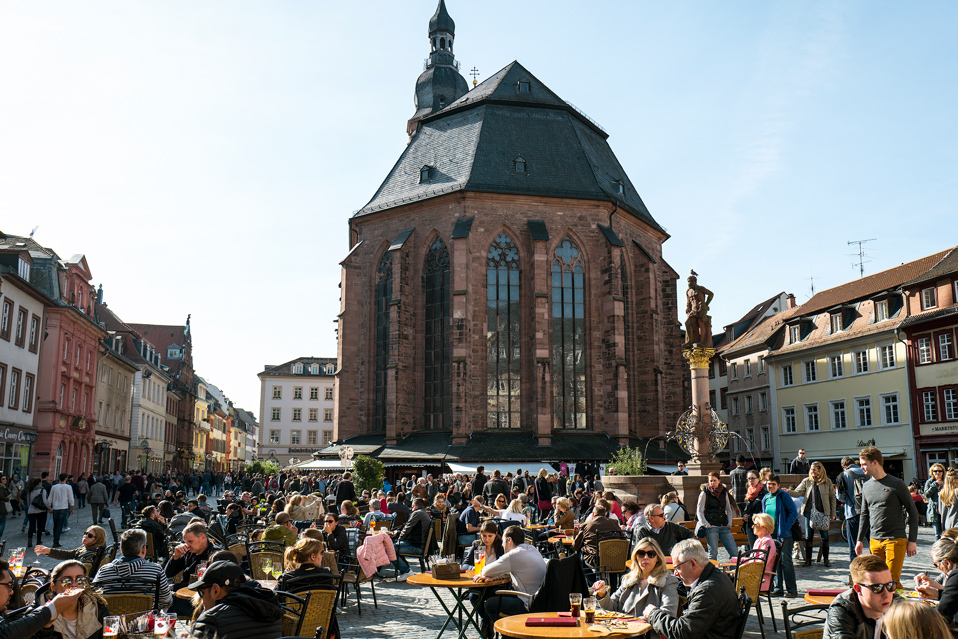