At one time, there were over 70 mills in Heppenheim. For a few centuries, they used to supply the region with ground grain and used to produce electricity or saw wood. A circular walk through the town with Hermann Müller is like a paperchase—just that it is millrinds that show you the way forward.

Hermann Müller approaches the Heppenheim town hall with determination. It is neither the beautiful baroque half-timbering nor the famous carillon that have brought him here. The reason he strides purposefully up to the building is much more inconspicuous and very small—and it has been overlooked by most locals for some centuries. Hermann takes the steps to the entrance of the town hall and leans towards the window on the right pointing at the window jamb. There are symbols and numbers carved in the sandstone. Looking at them closely, you recognize a pretzel, a millrind and the year 1609 symbolizing the baker’s and miller’s guilds—marks left in the stone for posterity. 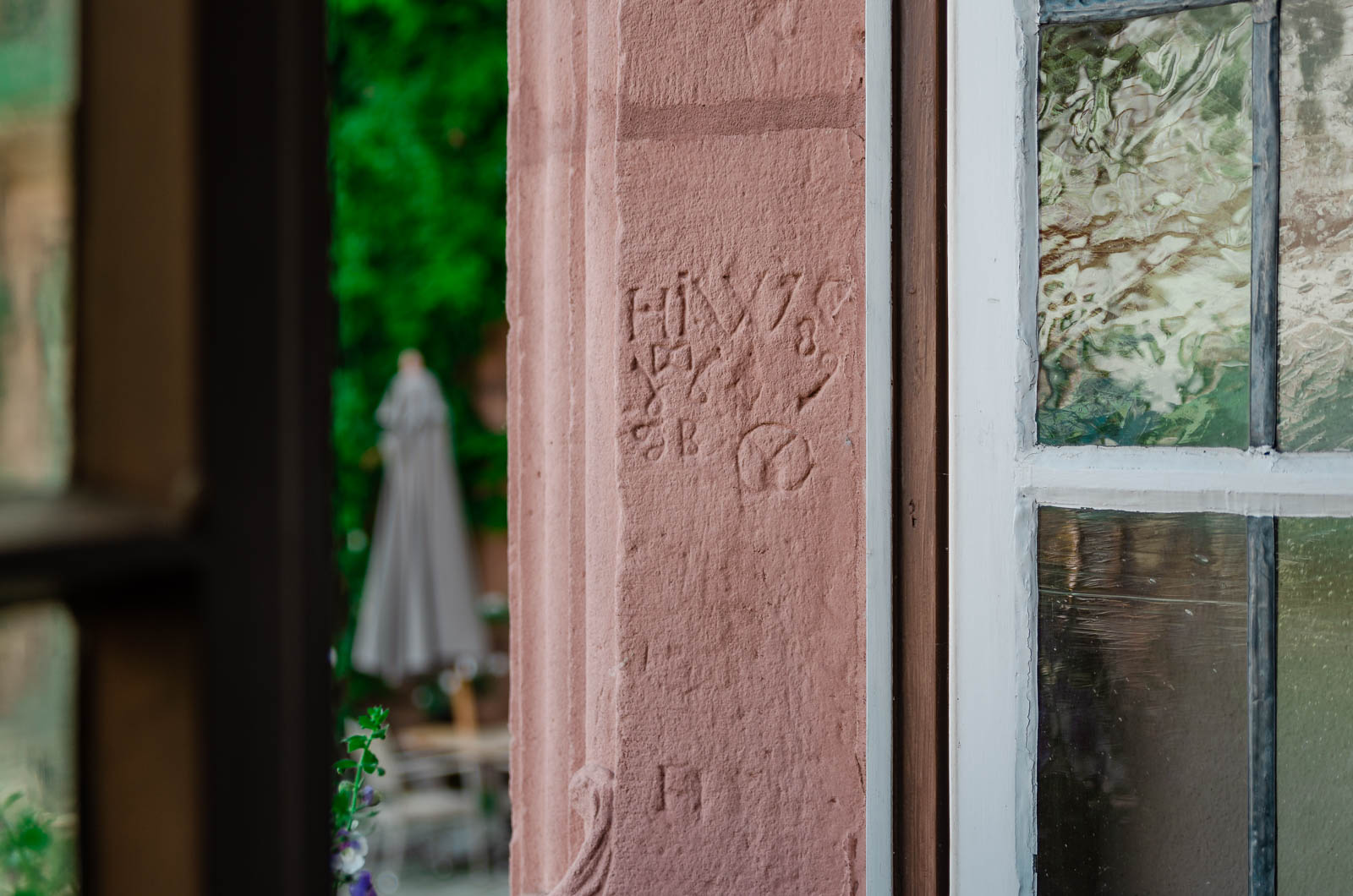 A pretzel, a millrind and the year 1609 symbolizing the baker’s and miller’s guilds.

Millers? In Heppenheim? This is what Hermann Müller, whose last name means miller in German, wondered about, when he first discovered signs of the history of mills in Heppenheim in 2011. It is, of course, no coincidence that his name is Müller. “I grew up in the Palatinate and I am a passionate researcher into genealogy and local history,” he says. Tracing back his family history, Hermann discovered that there were some millers by profession among them. But of all these, he smiles, none of them were called Müller. One day, he was doing research in the mill database of the Palatinate to find information about his ancestors. What he found instead was the name of the town he had lived in for almost 30 years: Heppenheim. 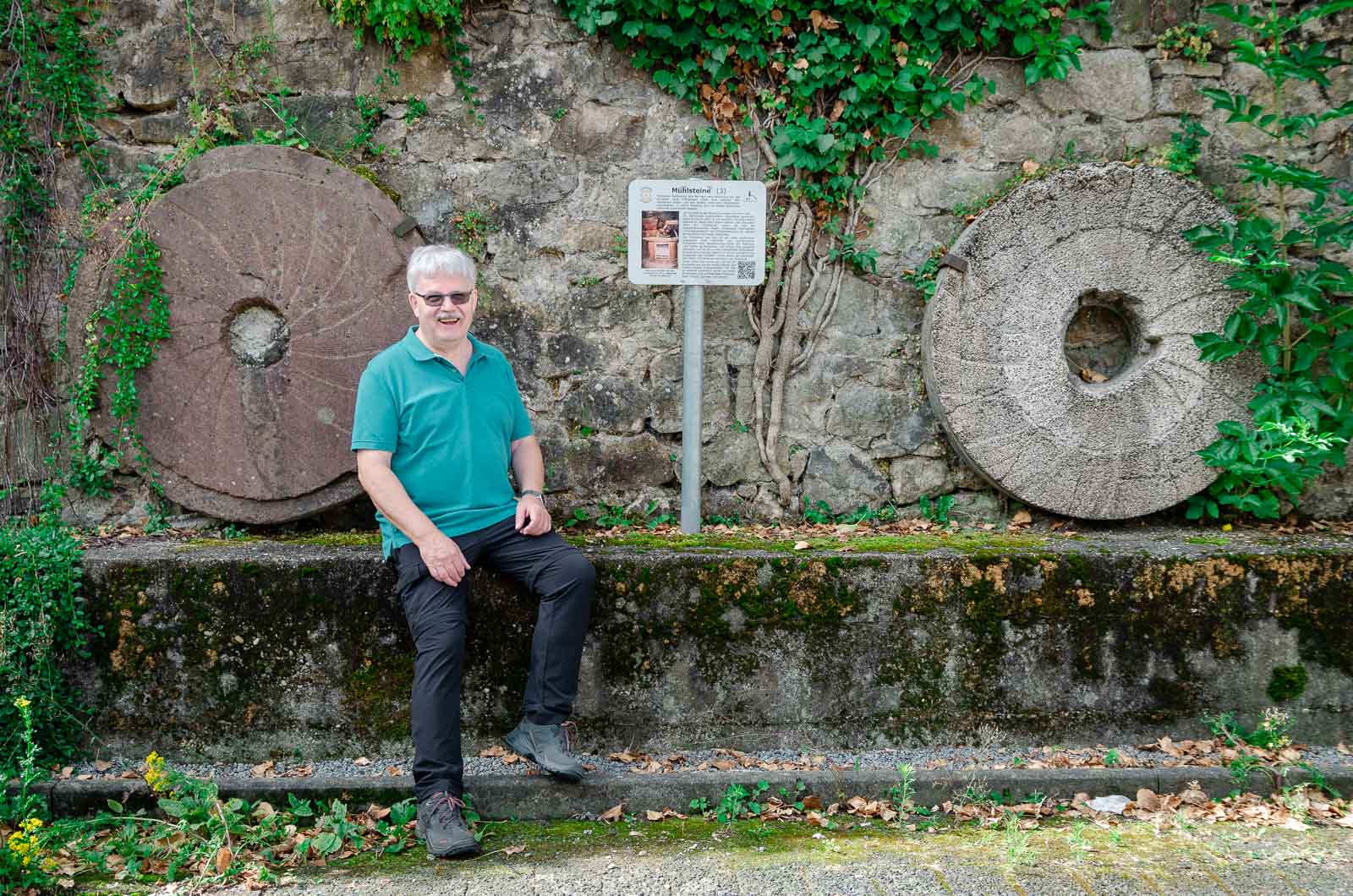 “I found this amazing. After having lived in this town for so many years I heard for the first time that there were once mills here.” The incident piqued his curiosity and he began to plough through archives and study maps and land registers. Hermann gets out a piece of paper in A4 format that briefly lists the results of his research up to July 2020: 62 watermills on 5 brooks in the town and 4 mills driven with other techniques, “one of them apparently driven by dogs,” he says. Only two months ago, he found out that there was a steam mill as well. And another 7 mills whose drive remains yet to be discovered by him. Furthermore, some mills that he hasn’t been able to allocate yet. 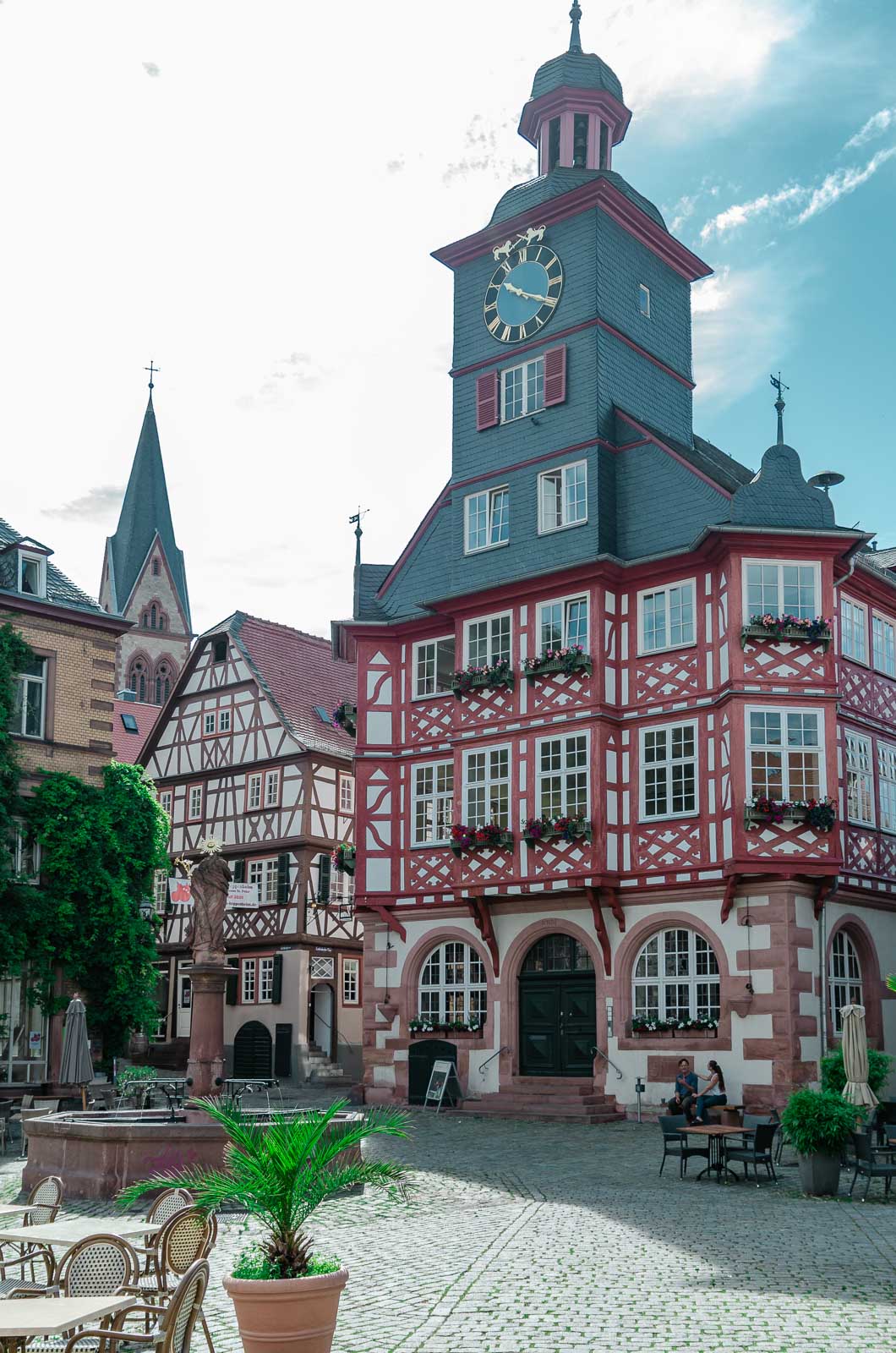 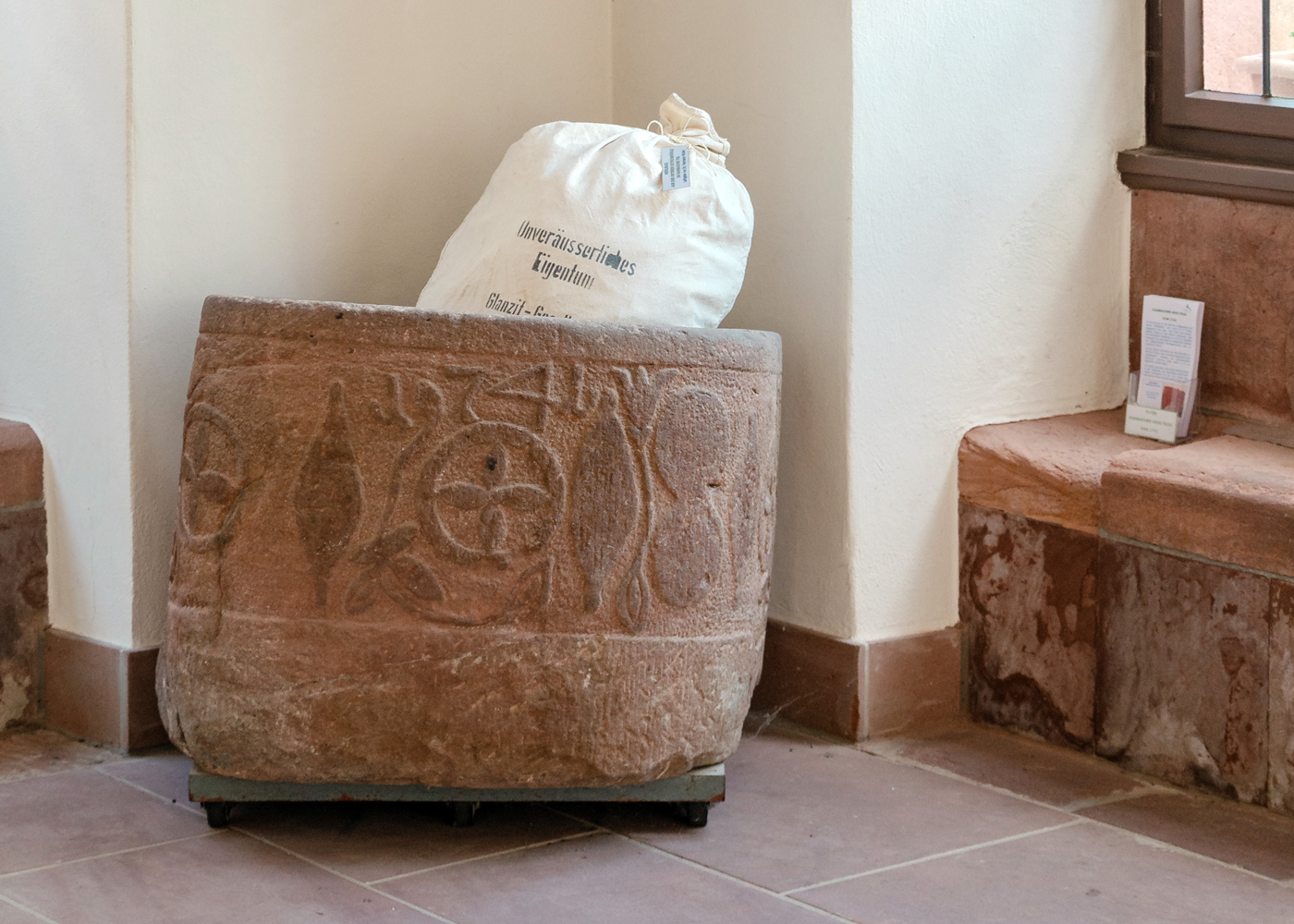 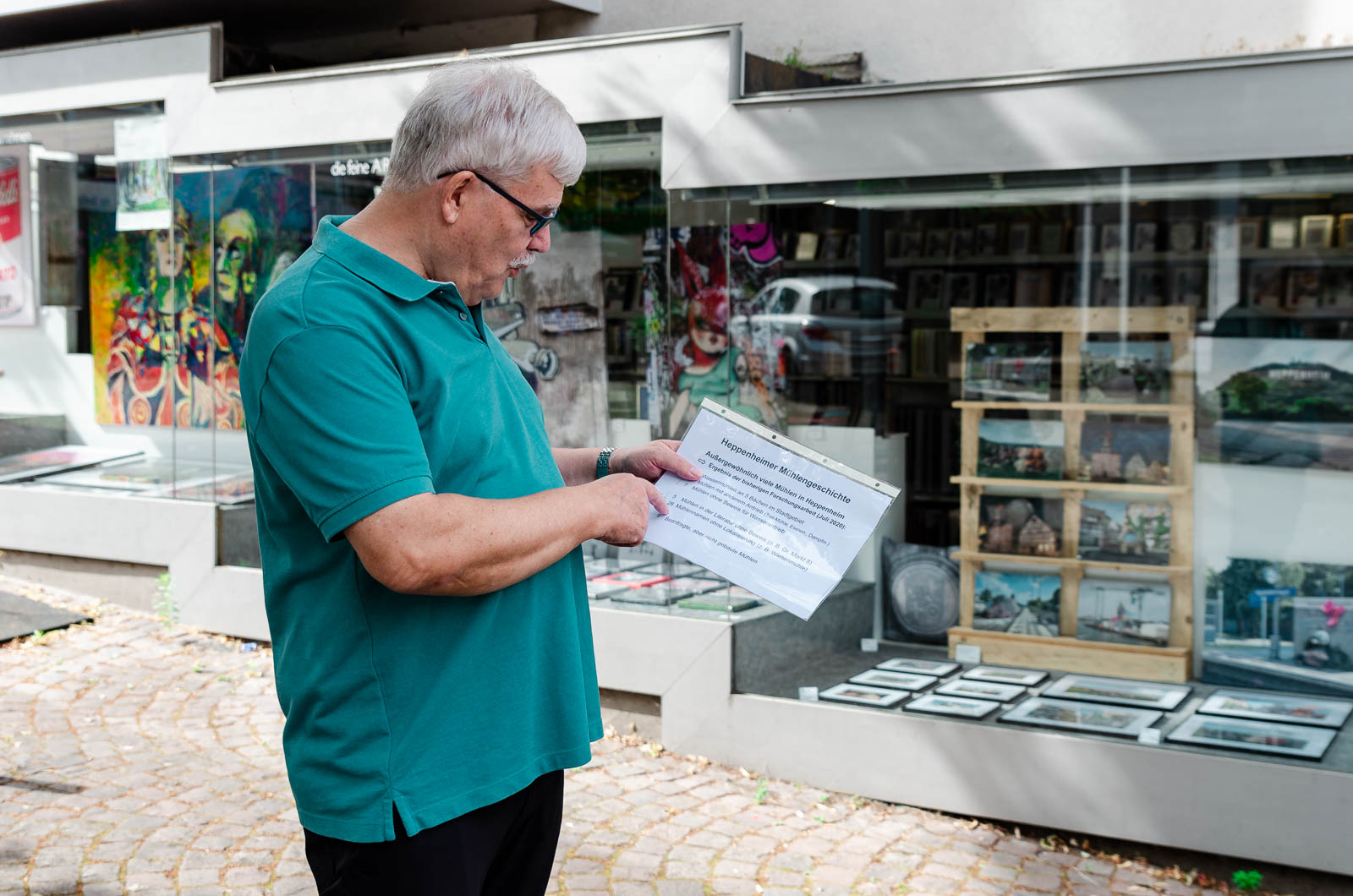 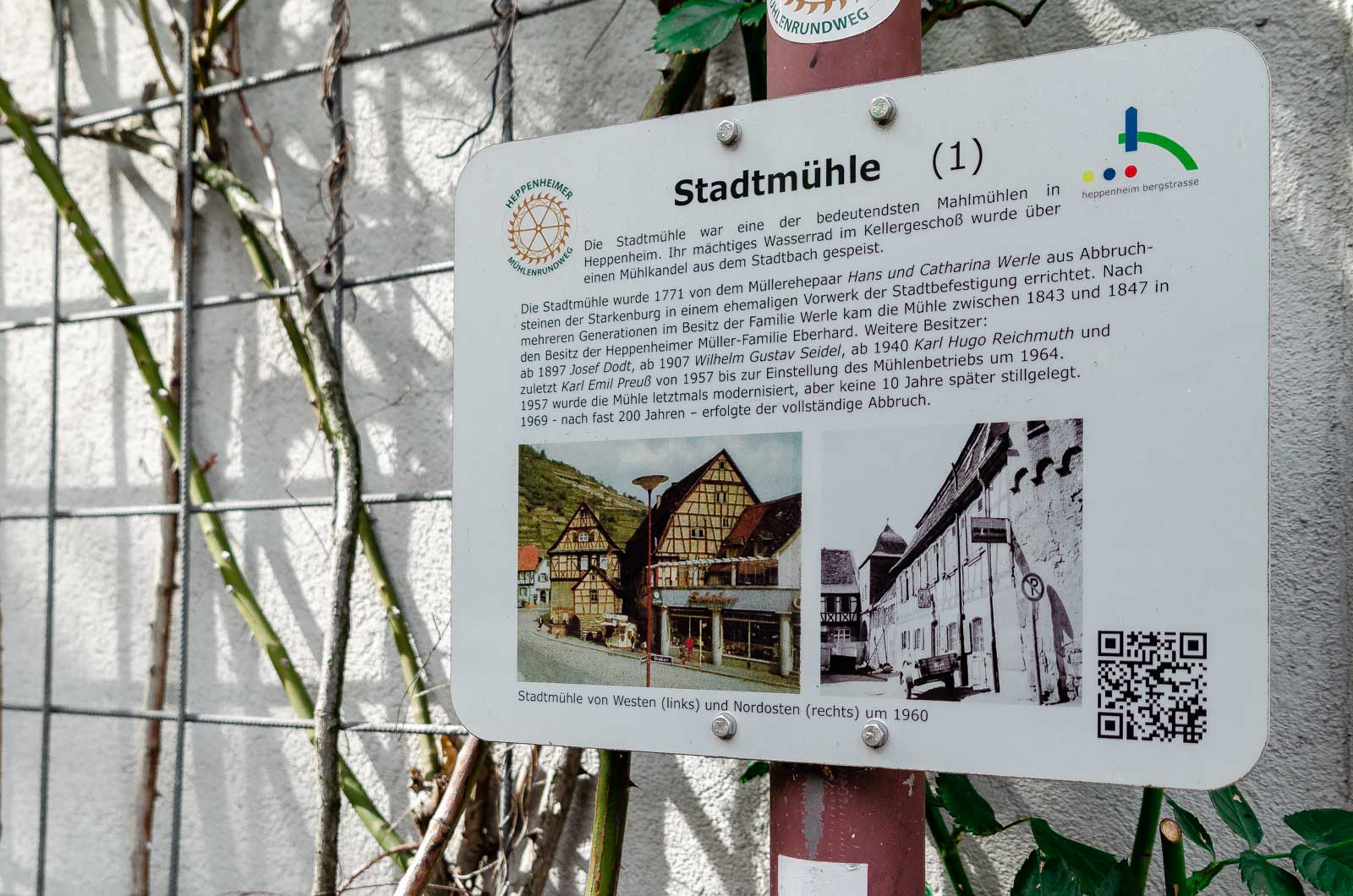 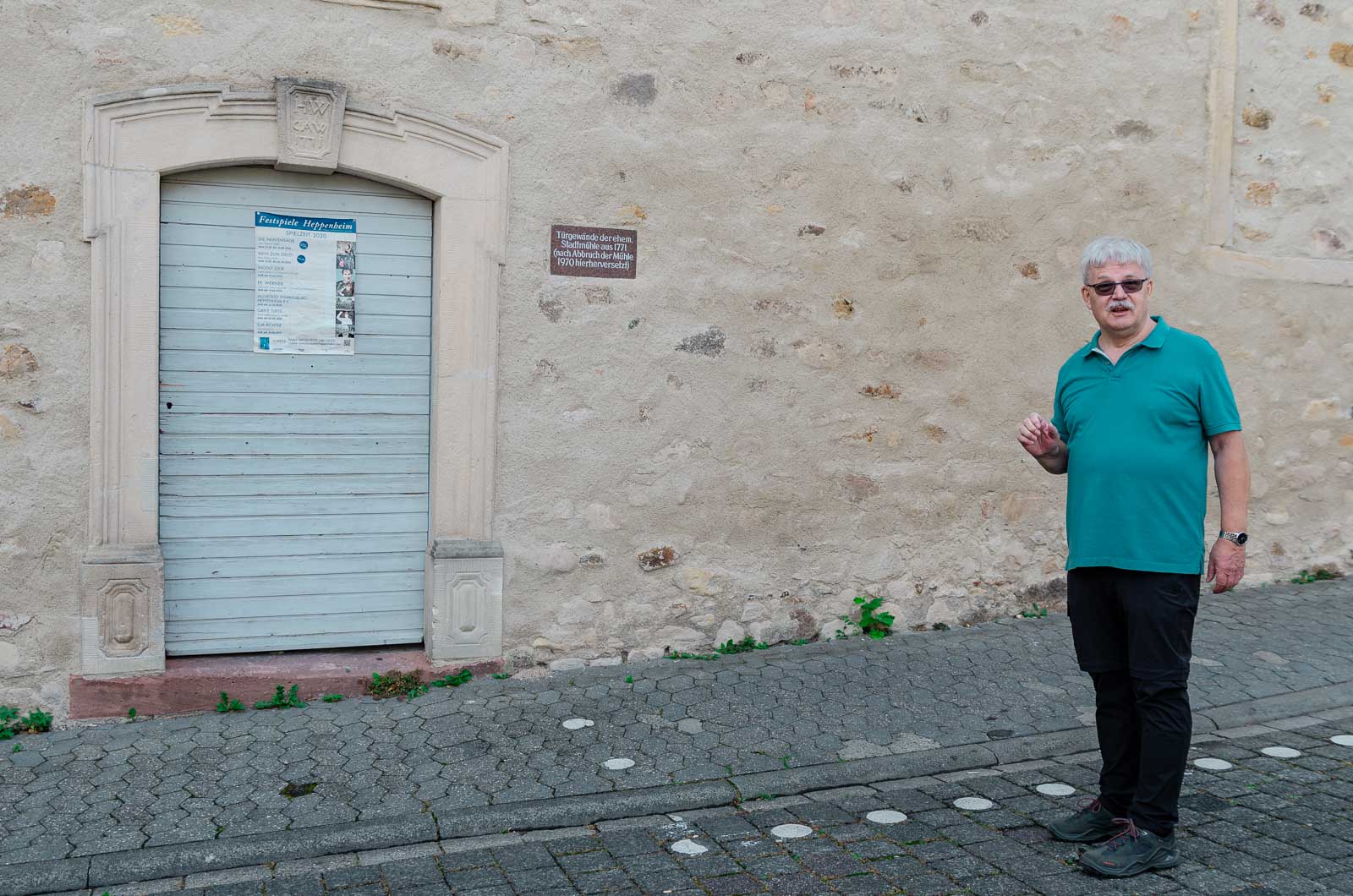 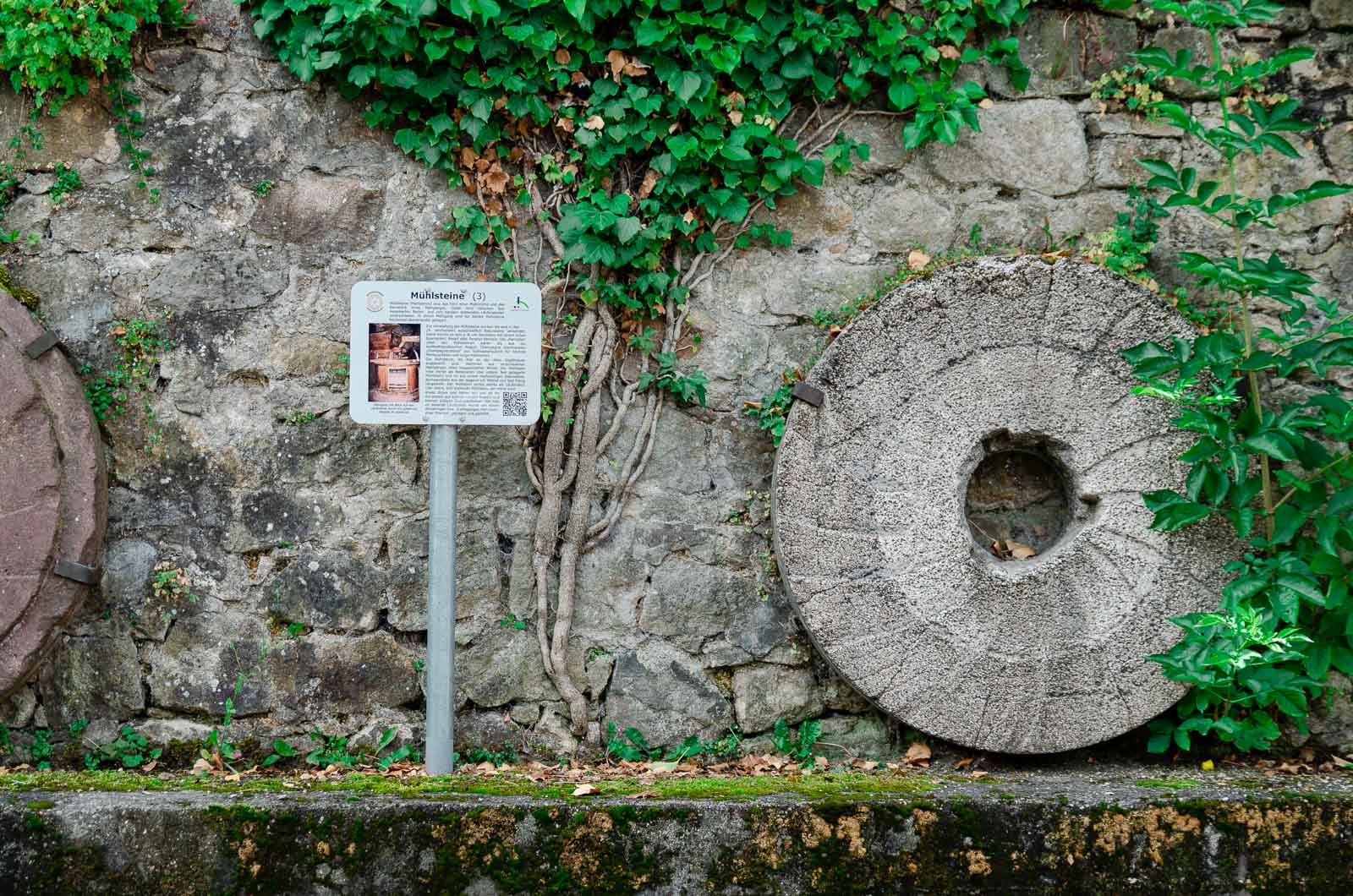 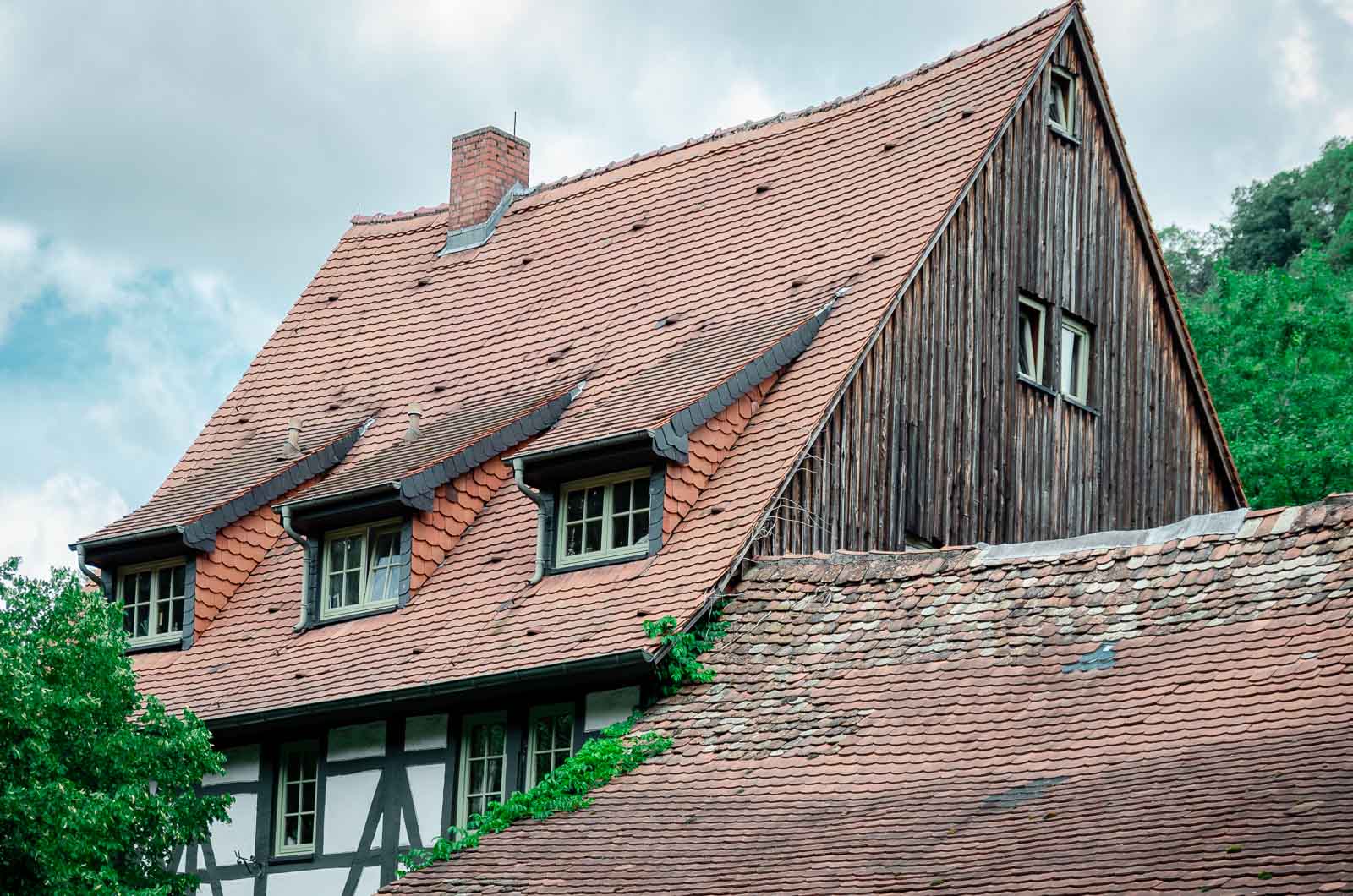 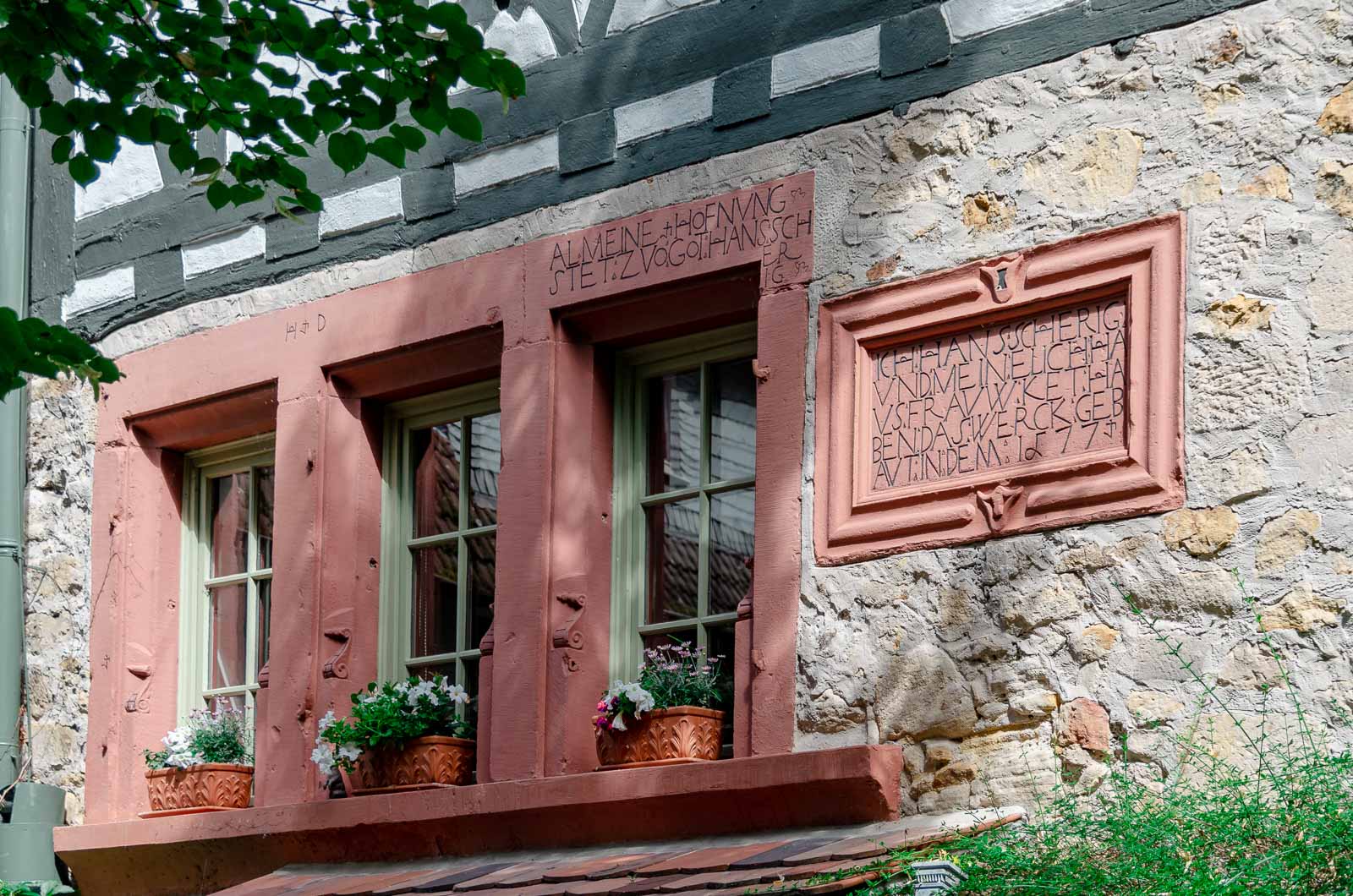 “I was really surprised by the large number of mills, which is indeed exceptional given the fact that Heppenheim is a small town. Even more surprising, however, is, that their history had been almost completely forgotten here.” He wanted to change this and committed himself together with the two history clubs ‘Geschichtsverein’ and ‘Altstadtfreunde’ to making the mill-ful past visible. Authorities welcomed his initiative and the Mühlenrundweg, a circular mills trail, was established and has paved its way right through the town and through 800 years of mills’ history since 2014. If you follow it, you’ll discover little signs across the town and get to know Heppenheim from an entirely new perspective.

“Their history had been almost completely forgotten here”

At the Kleiner Markt (little market), for example. It is a square that exists only because the big town mill that used to be here was torn down in 1969. “It was a monstrosity, a massive building that used to be one of the most important mills in Heppenheim,” Hermann explains. Protest by locals, who wanted to preserve the impressive building, hadn’t been taken into account. What remains, is an indication, built into the ground: Big river stones between the little paving stones at the Kleiner Markt square imitate the course of the brook. 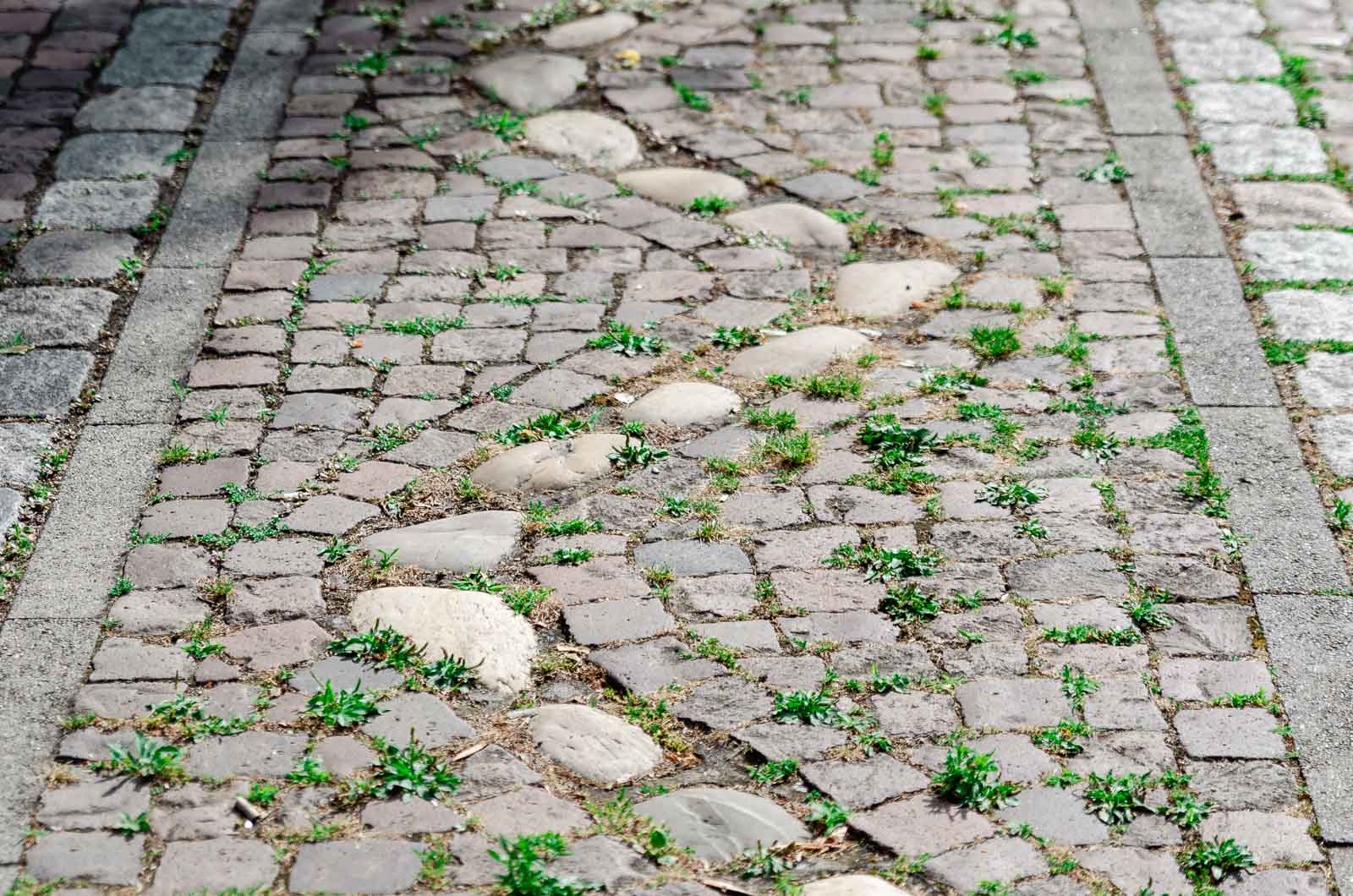 Or between half-timbered houses in the old town: One of the paper-cutting works by Albert Völkl decorating many of the street lamps depicts the Weißer Mann (white man)—a ghost that used to appear as a miller at night and enjoyed roaming the streets, secretly powdering women with flour. “This was a common excuse for young women, who had flour on unusual places of their body the next morning,” Hermann explains with a grin. 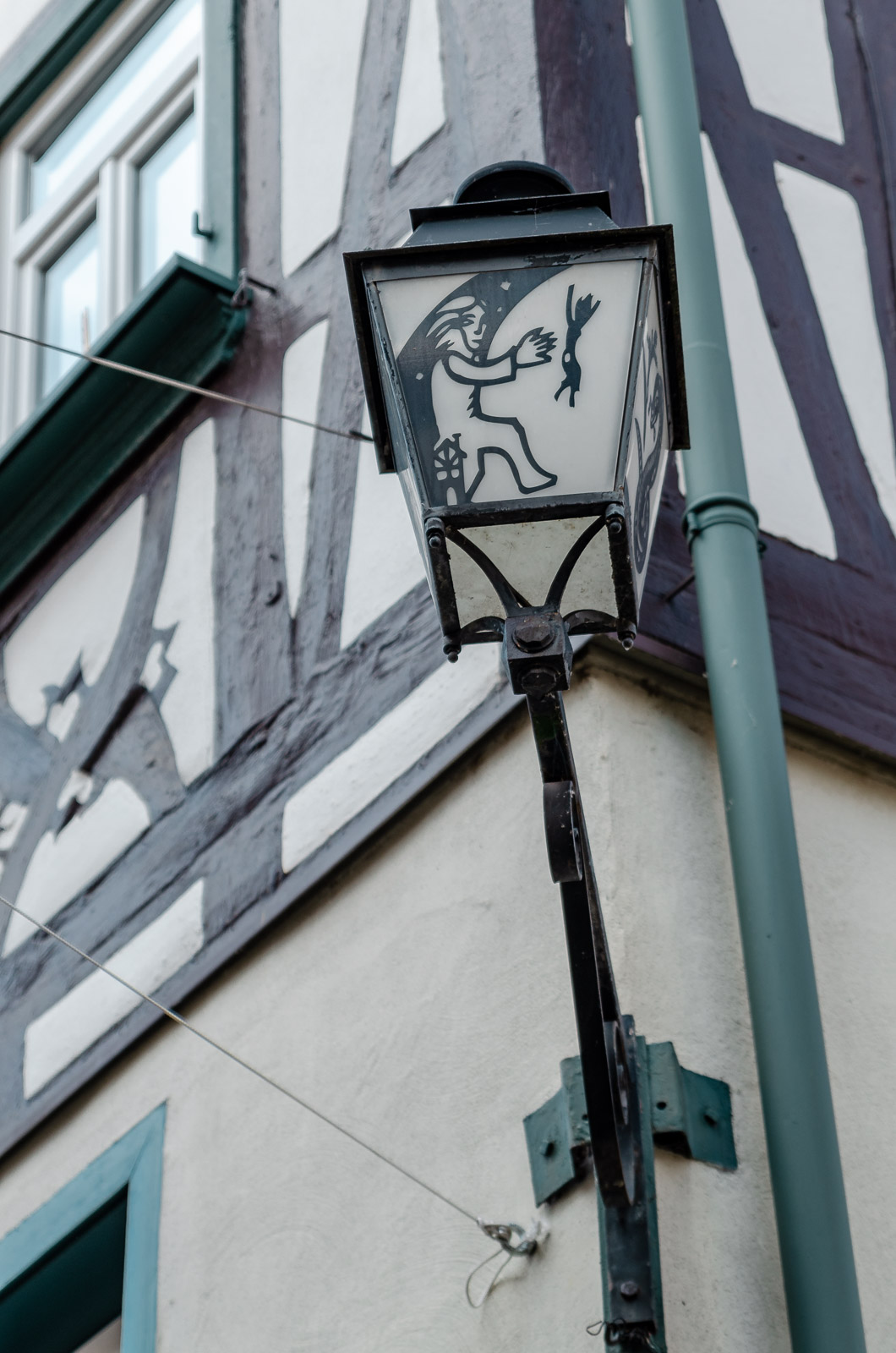 It was the amateur historian, who found out that the symbols used in the coat of arms of the von der Hees family that still decorates the entrance of the Schlossschule school are millrinds. He presents a former version of the coat of arms that he discovered a few years ago at Junkernhees castle in the Siegerland region. “You can clearly see the millrinds here,” he says pointing at white symbols and smiling cautiously. It is easy to imagine how he must have felt when he first saw the picture and found confirmed what he had been assuming for many years. 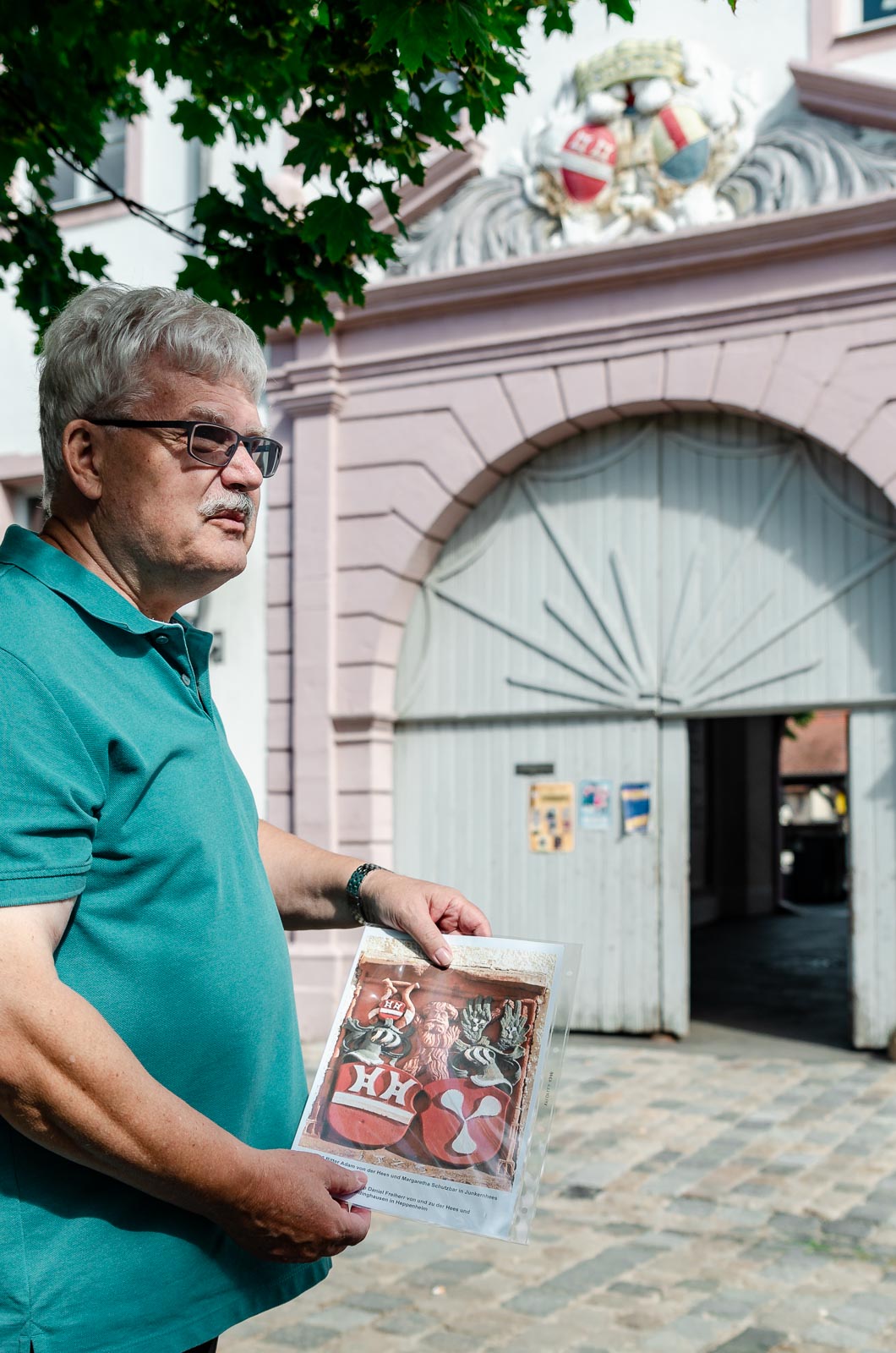 Hermann used to work as an electrical engineer. The mills became his hobby—a time-consuming hobby. It keeps him busy for a few hours every day. He is currently working on a documentation, for which he has already done 1,000 pages. “But I always feel there is still something missing, and, indeed, I discover something new every week.” He chases each and every clue. “I can be persistent,” he admits, “maybe a bit too persistent sometimes.” 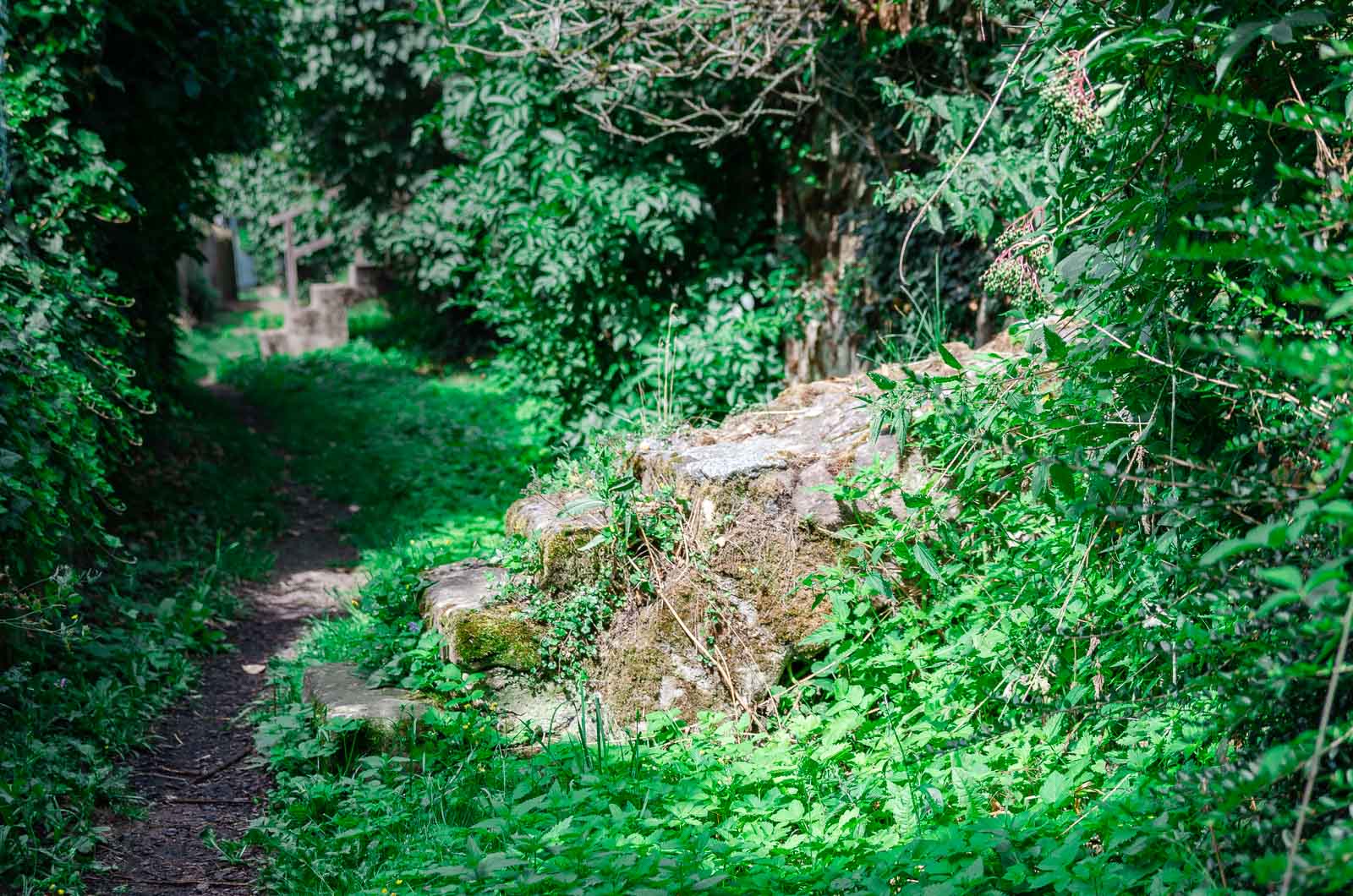 At the other side of Siegfriedstraße road, Hermann walks a few metres up Schlossberg mountain, behind number 30, where the former Weihersmühle mill used to be. A green corridor parallels the road up to the mountain. “Here was the mill’s brook.” The town’s little brook drove three mills at a time via this moat even before 1480: Weihersmühle, Schäfermühle and Tugersmühle mills. “Some senior Heppenheim locals love talking about their childhood, when they would go for a swim and play here.” 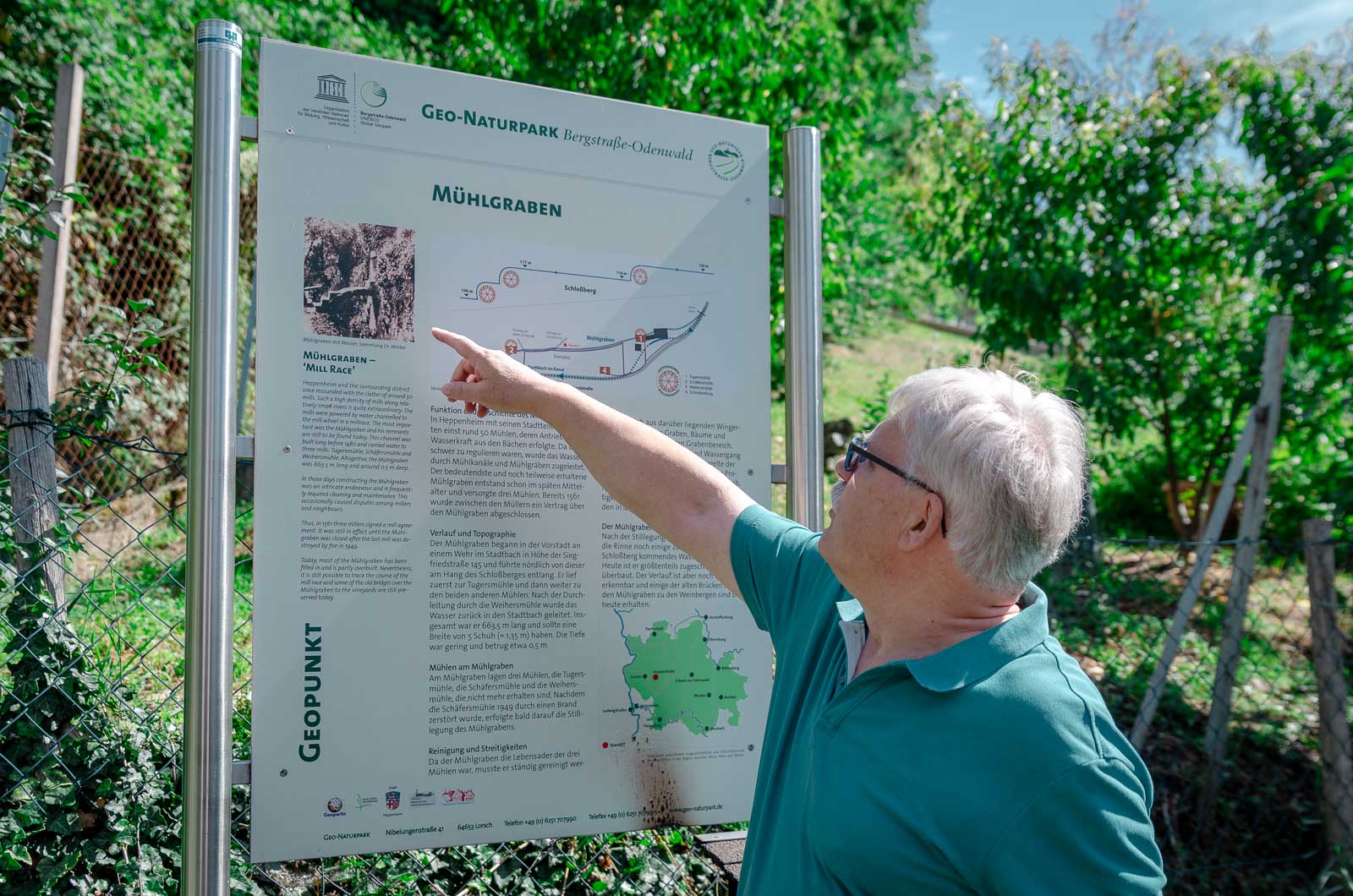 Town authorities had a part of the moat unearthed in 2014. An enchanted path with a few stone bridges and a pretty view of St. Peter parish church was the result. The circular mills trail is idyllic even where the brook is still visible. Water rushes along an old mill weir as a waterfall only a few metres from the cars’ noise in Siegfriedstraße. In former times, the water was dammed here to drive the two water wheels of the cutting mill. 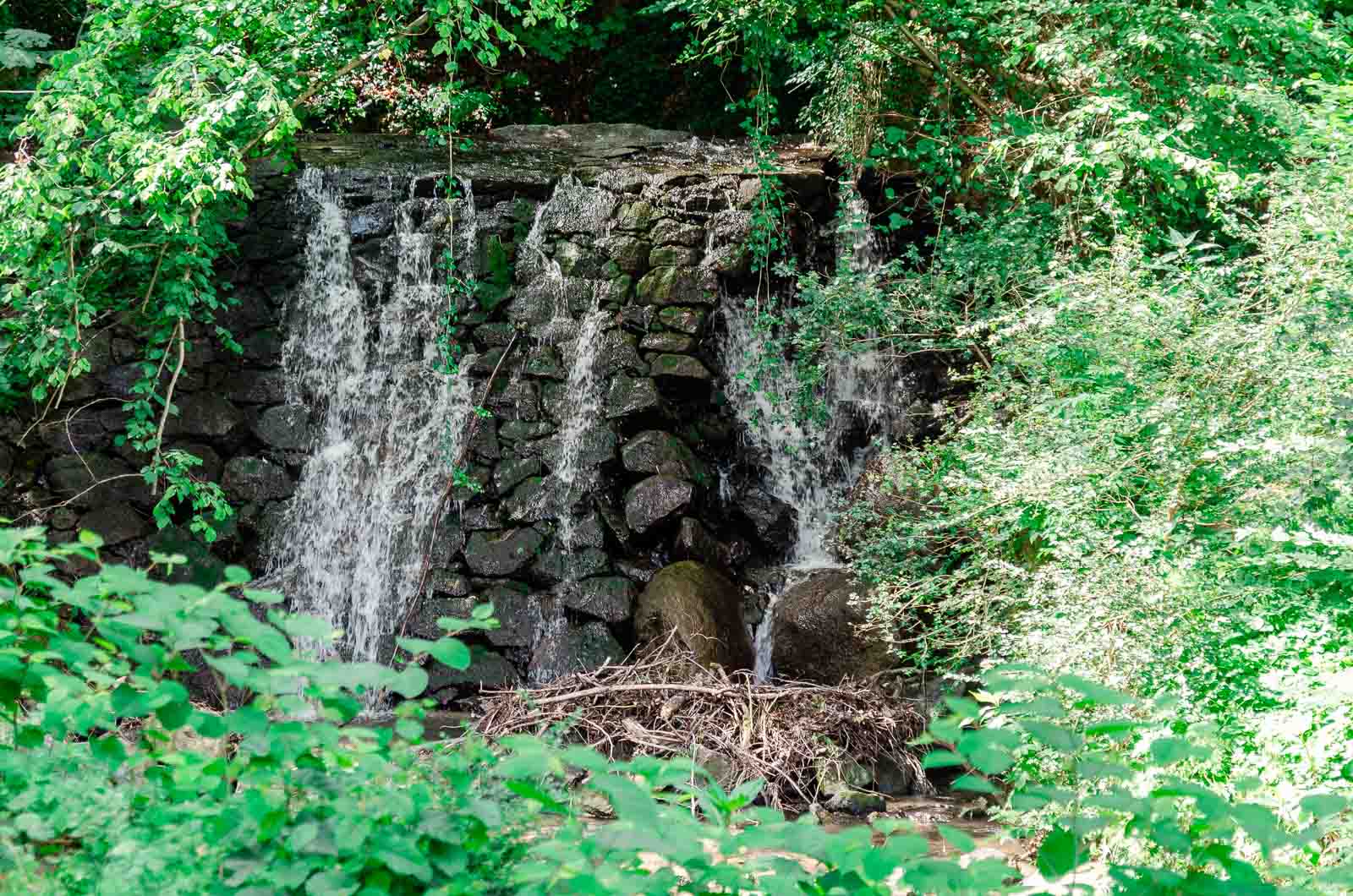 Beate Weis stands in the middle of the mills’ moat trimming shrubs. She lives in the Schindersburg, the lavishly redeveloped former home of a wealthy miller. She helps looking after the moat. The landscaper Beate would love to grow some old cereals in a neighbouring garden. “Emmer and Einkorn wheat—sorts that were actually ground in the mills then.” 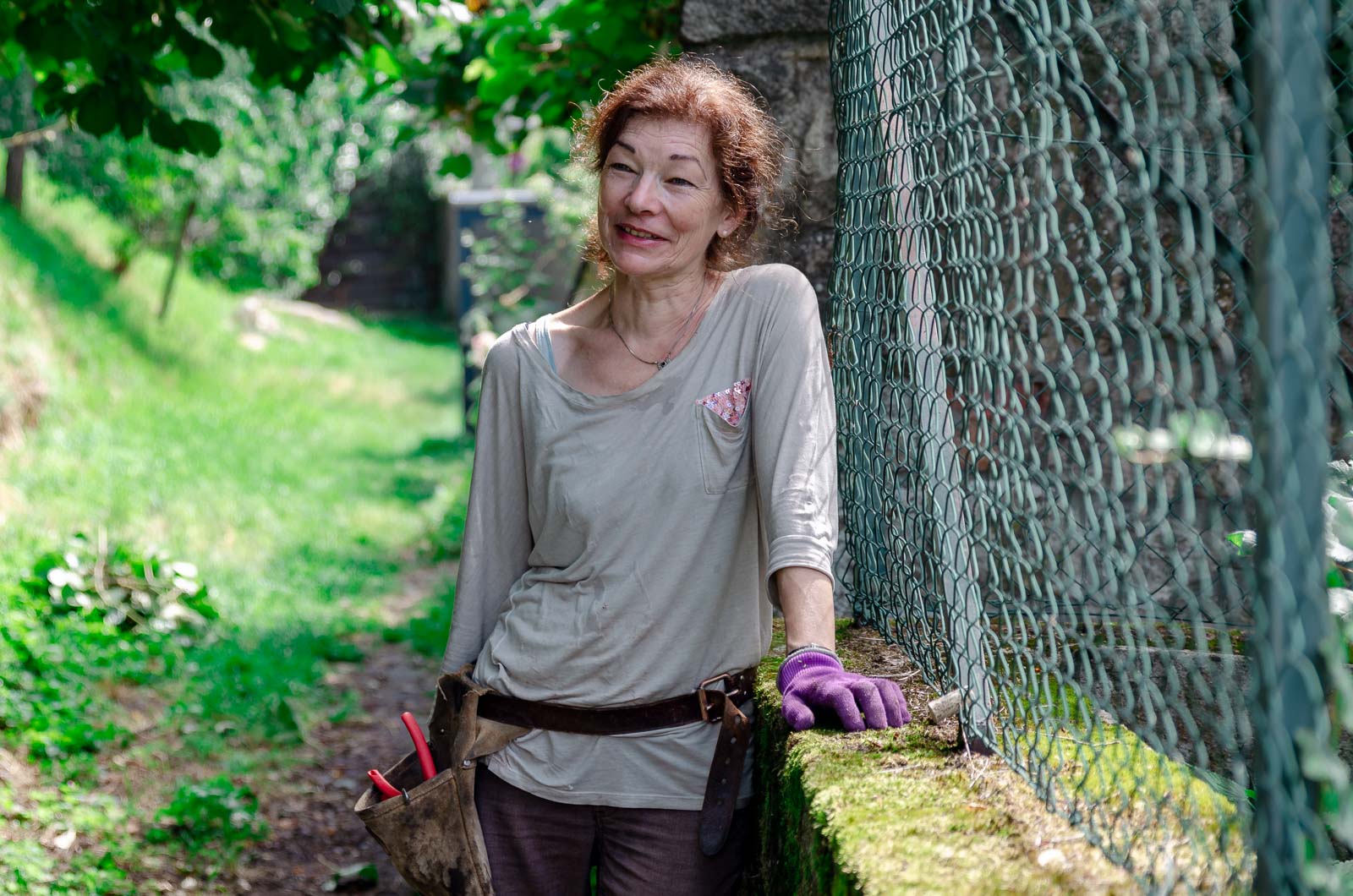 Beate Weis lives in the Schindersburg, the lavishly redeveloped former home of a wealthy miller.

She also researches what kind of clothes Heppenheim millers used to wear. Together with Hermann, she has the creation of an educational and exercise path for children ‘from grain to bread’ in mind here at the old mills’ moat. They don’t know yet, when this idea will be turned into reality. Some wheels turn slowly—after all, what counts is the result.

The Mühlenrundweg, the circular mills trail, in Heppenheim 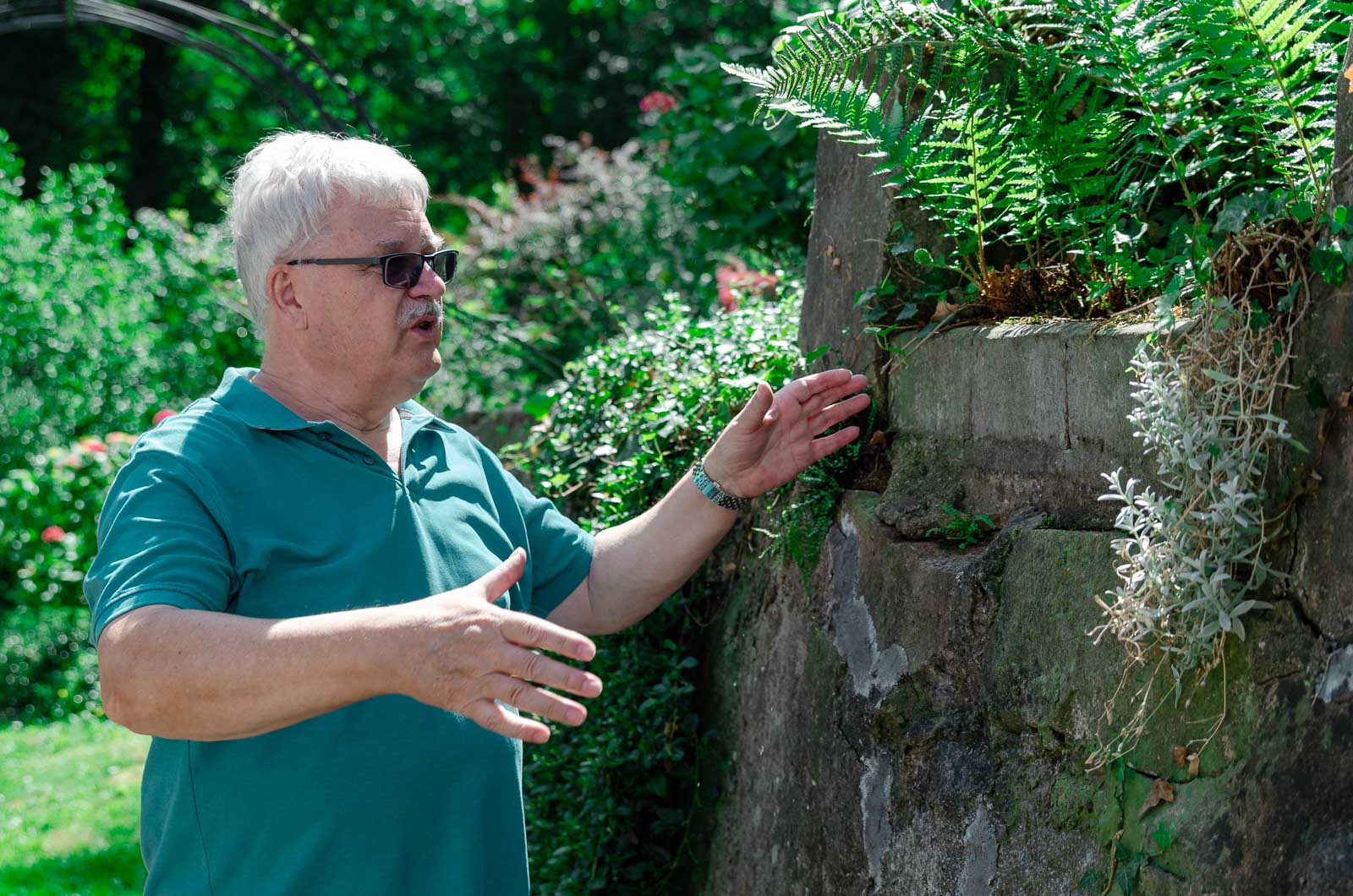 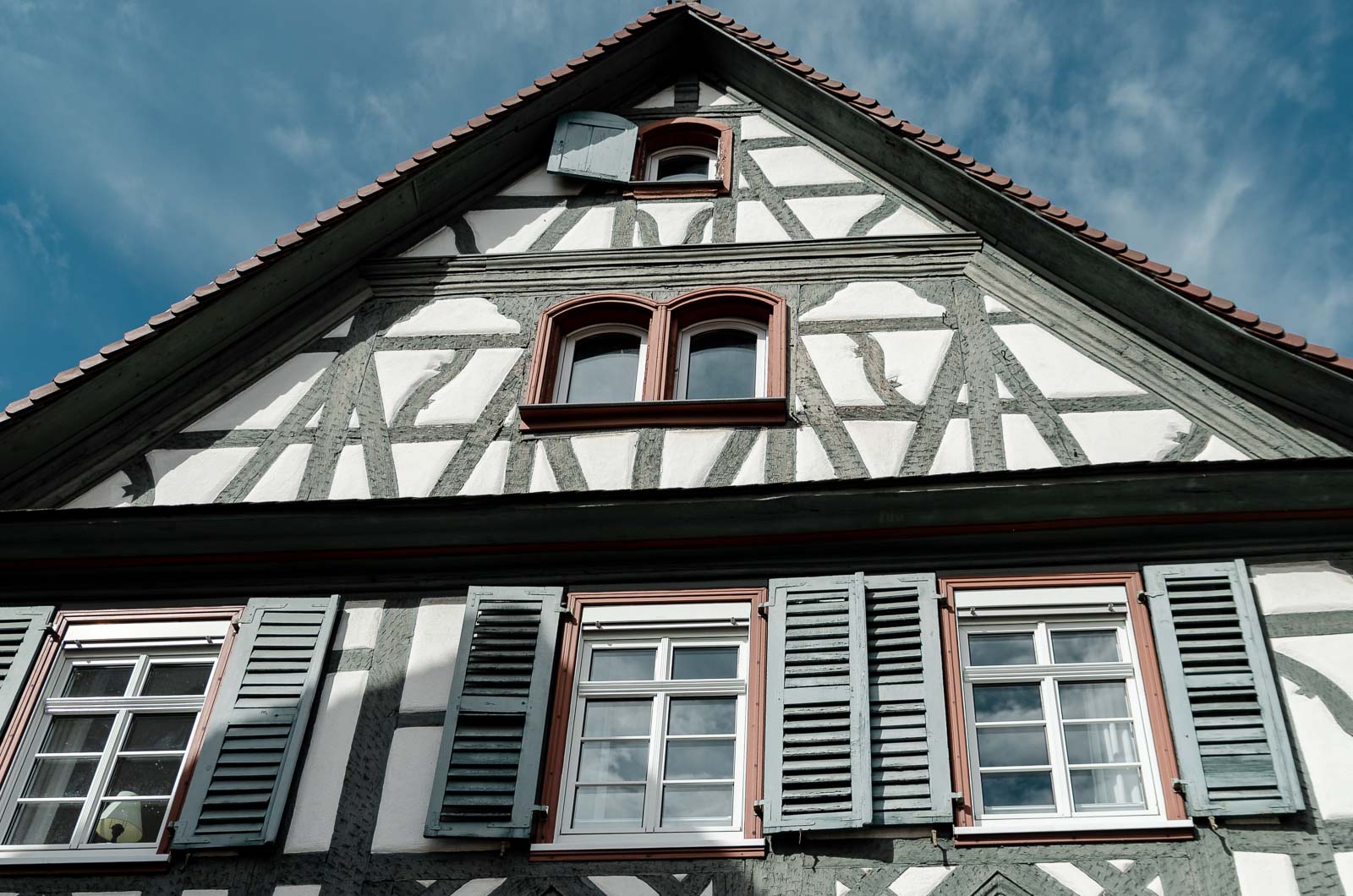 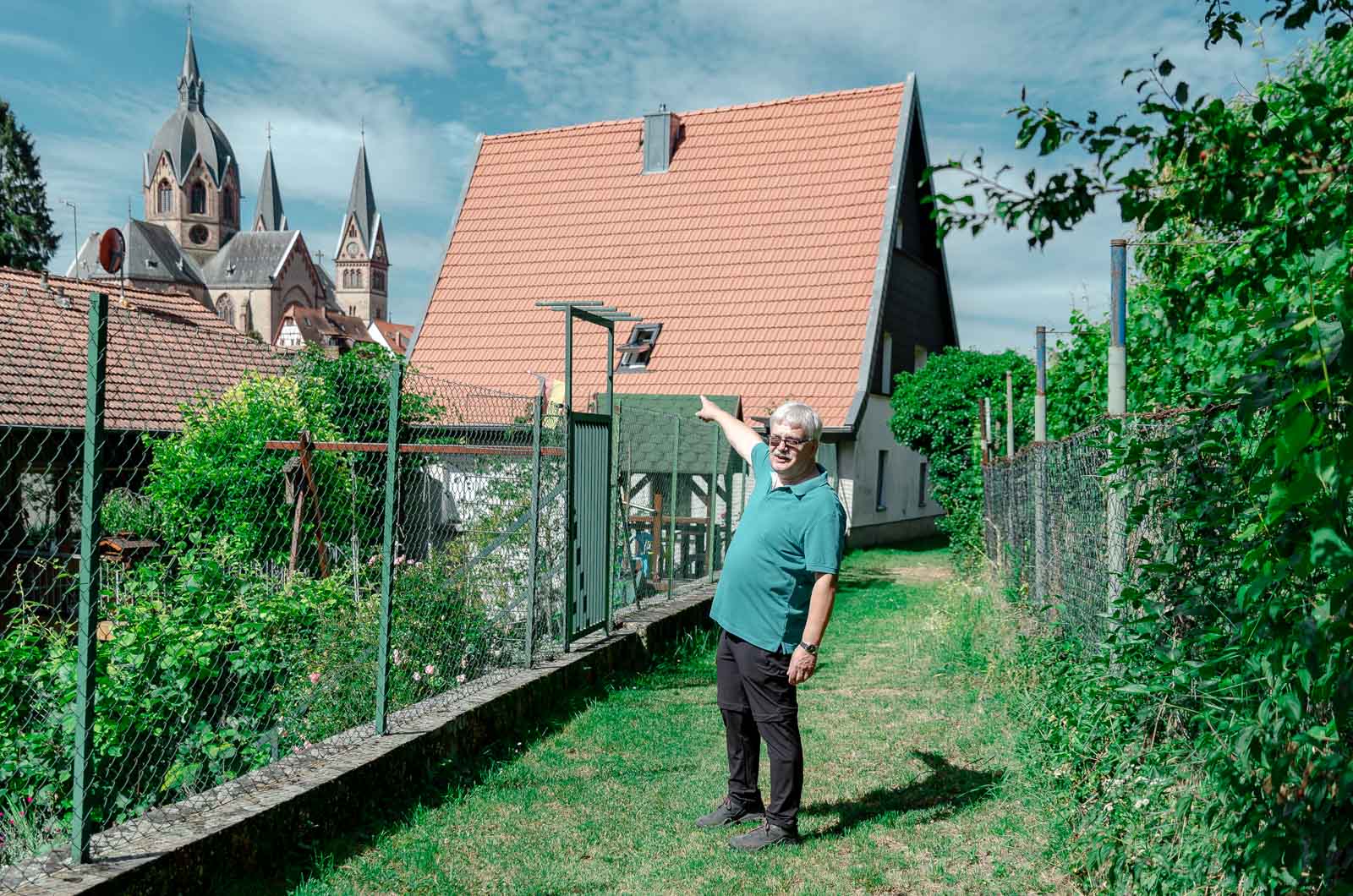 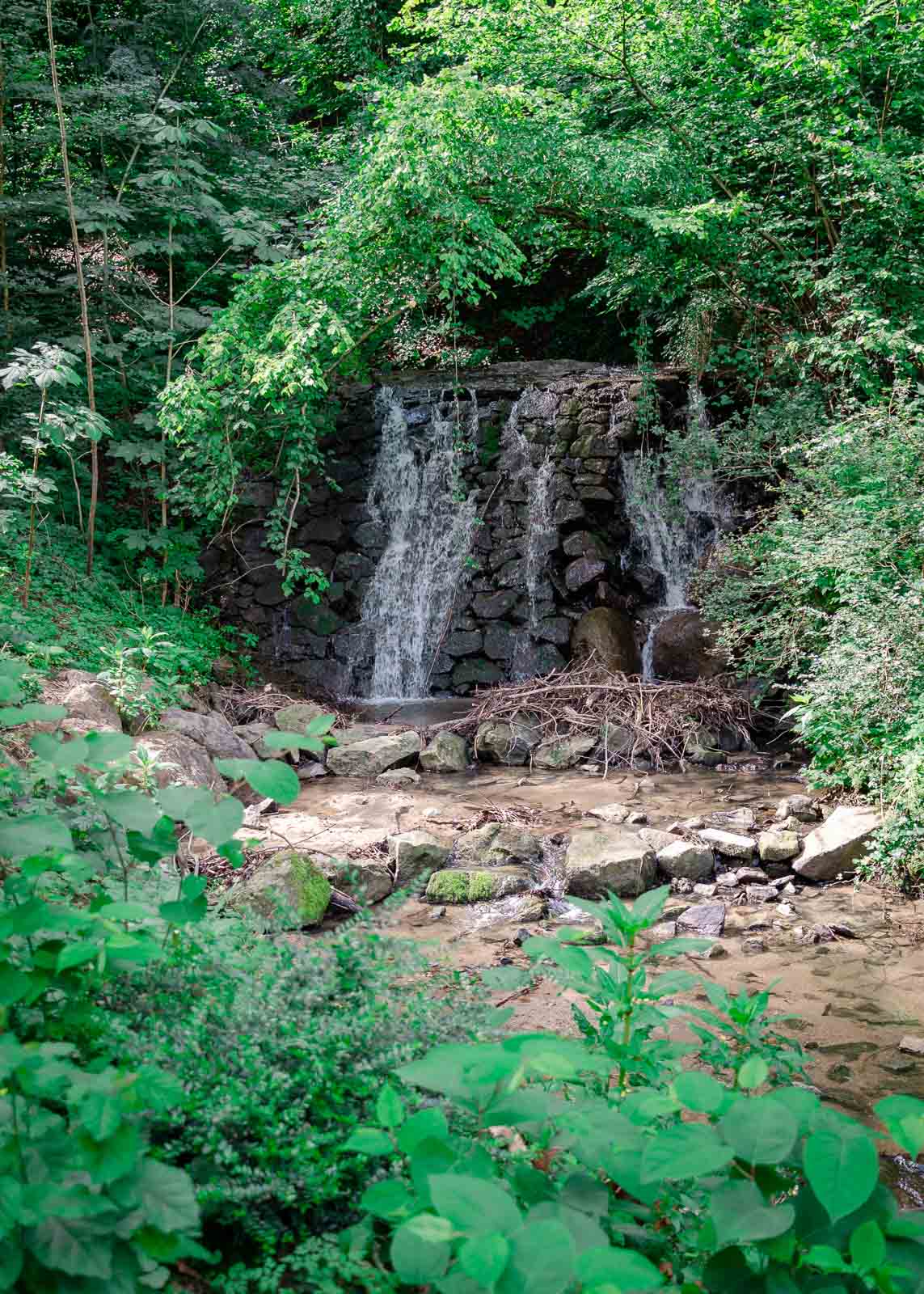 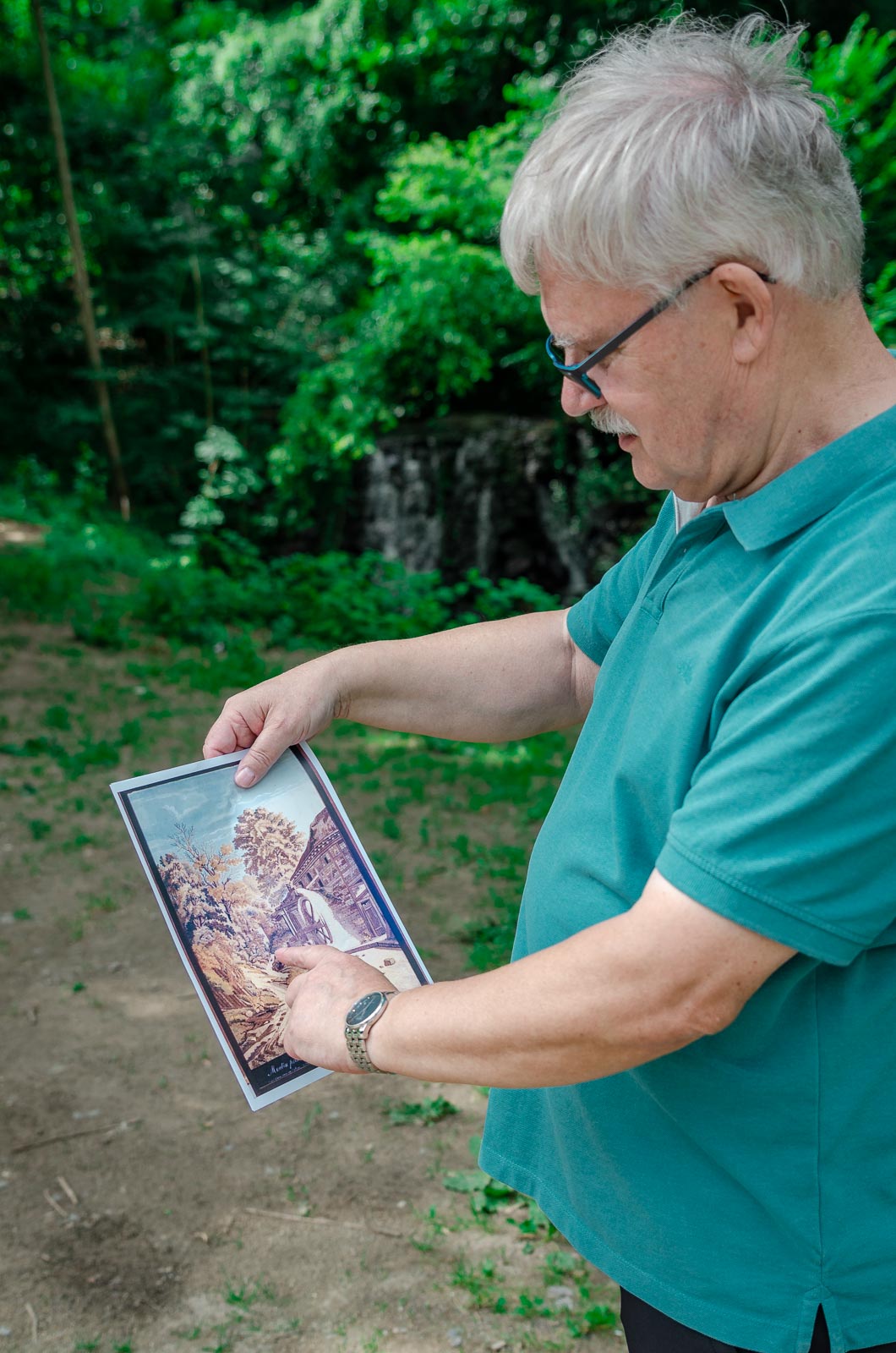 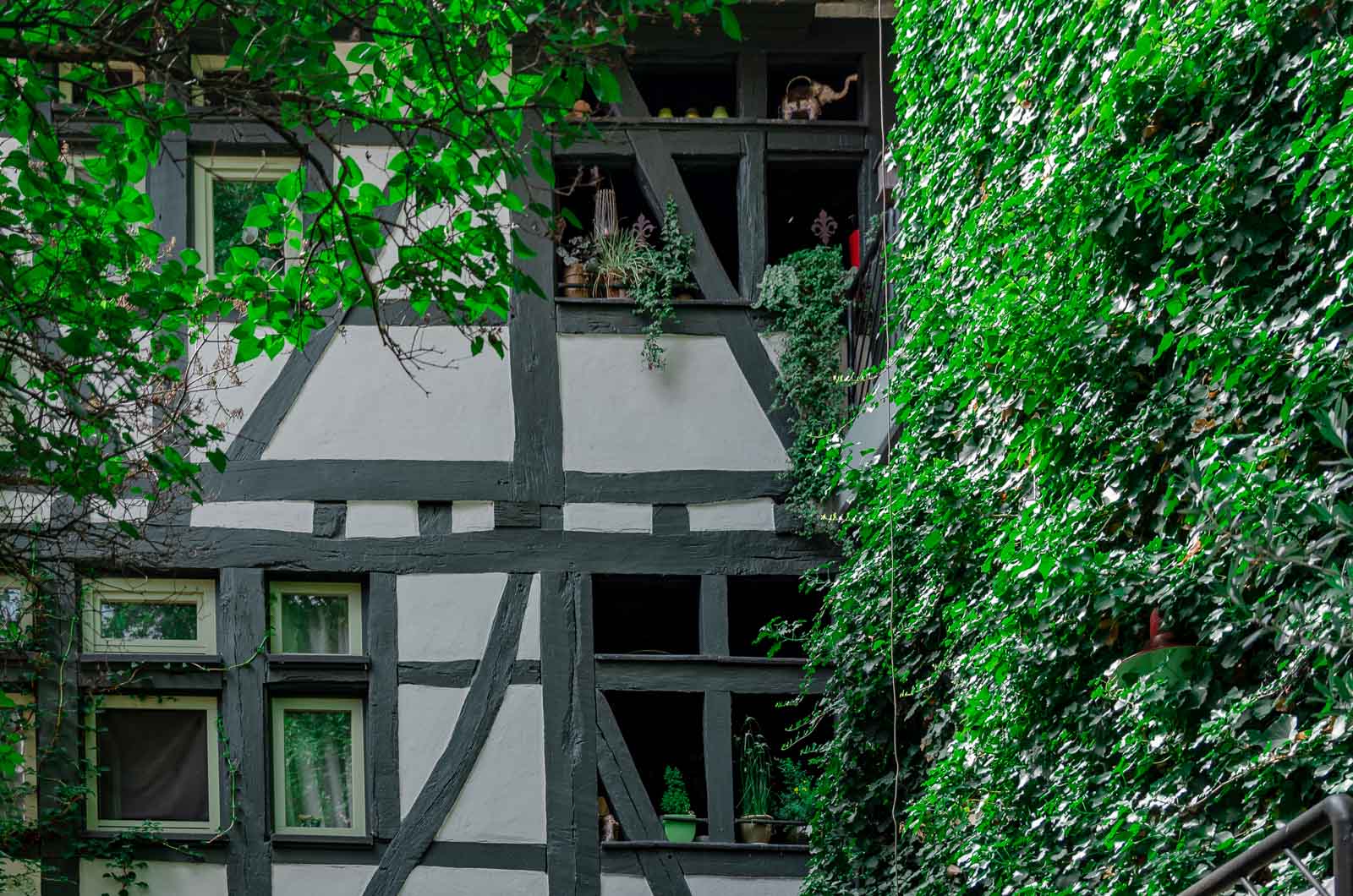 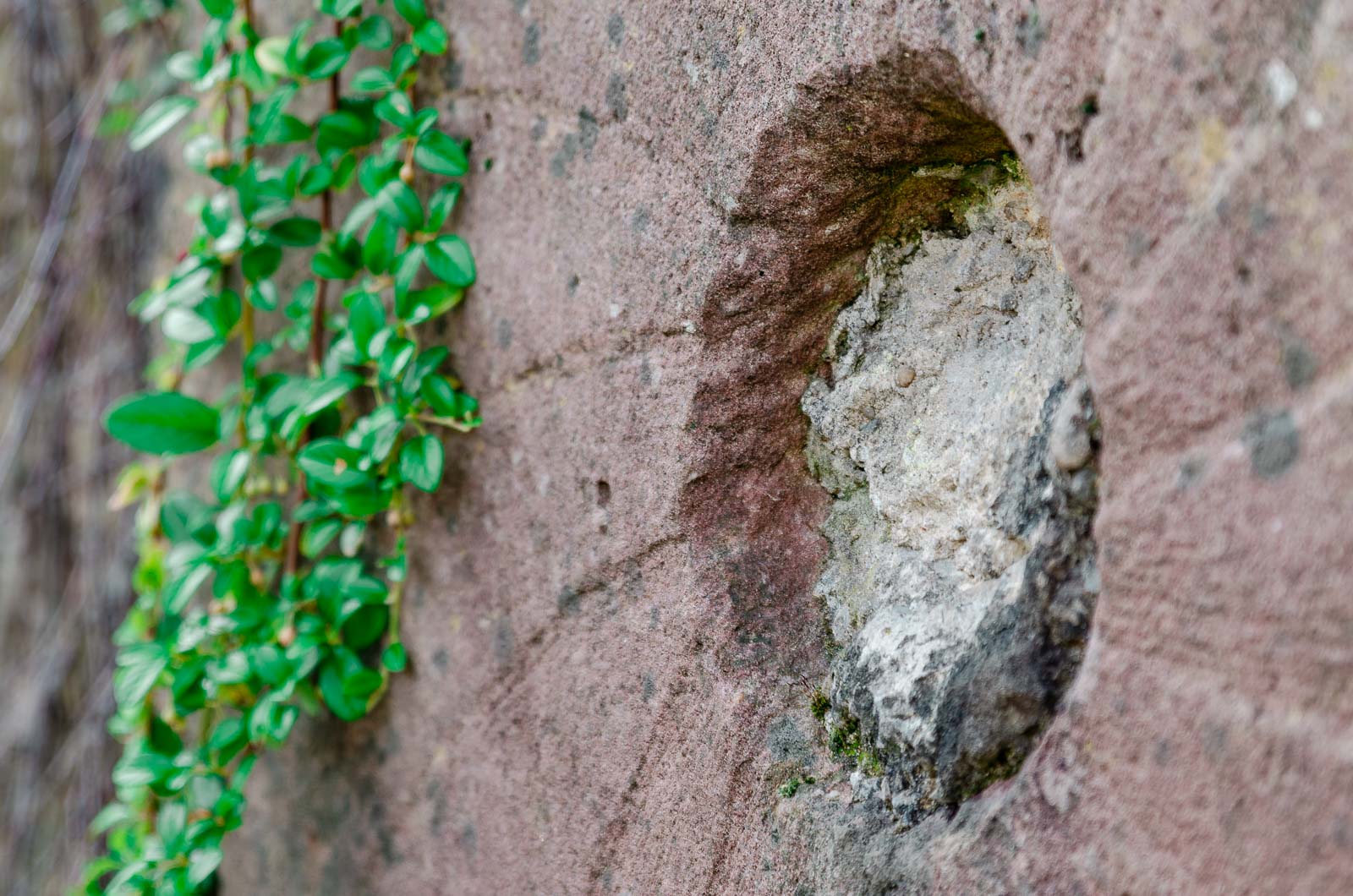 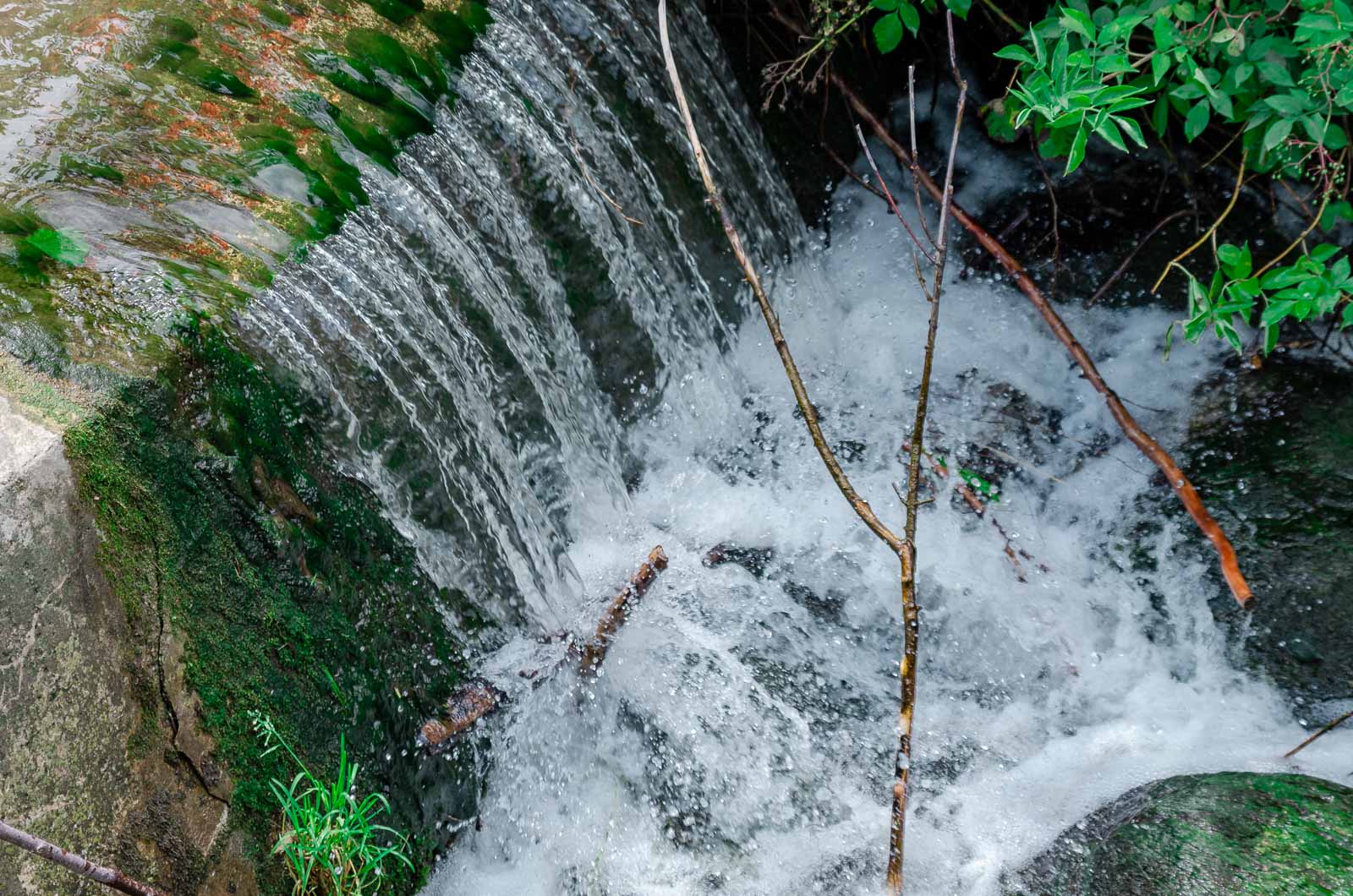