One of the most go-getting amateur observatories in Germany is located just below Starkenburg fortress. Its club members cooperate with the European Space Agency ESA and are extremely diligent in discovering minor planets.

Heppenheim is an inhospitable place. Barren and cold. Its diameter of about five kilometres and the corresponding gravitation is barely enough to allow proper steps. And Heppenheim is damned far away. The rock orbits the sun somewhere between the solar orbits of Mars und Jupiter some 400 million kilometres away from the Rhine-Neckar Metropolitan Region. Actually, Heppenheim is a minor planet, registered as number 14080. It was discovered in 1997 by members of the Starkenburg-Sternwarte (Starkenburg observatory) club. 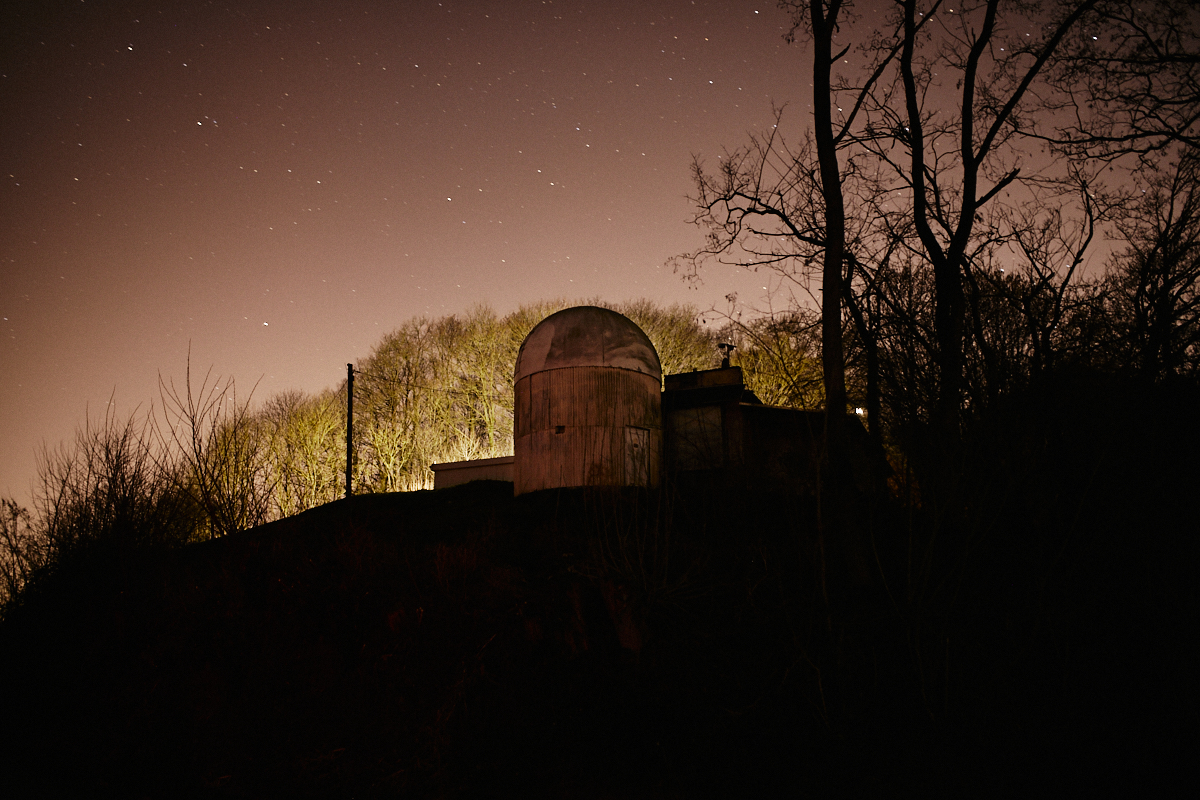 The observatory is located in an idyllic landscape just below Starkenburg fortress on Schlossberg mountain.

“We discovered it by pure coincidence,” says Rainer Kresken, chairman of the club, whose members assisted in cataloguing the new discovery. “A few years before that, the club had bought a CCD camera for astrophotography.” As amateurs, they wanted to make a meaningful contribution to science. So they took photos and determined the position of minor planets as well as their orbits. One day, Karin Sonnenberg, Reiner Stoss and Wolfgang Ernst found an unknown object next to a registered minor planet. They observed it for several days and came to the conclusion that this one was new—undiscovered. So they reported the minor planet, also known as an asteroid, to the Minor Planet Center in the US. It was given an official number and a name that wasn’t hard to find: Heppenheim. 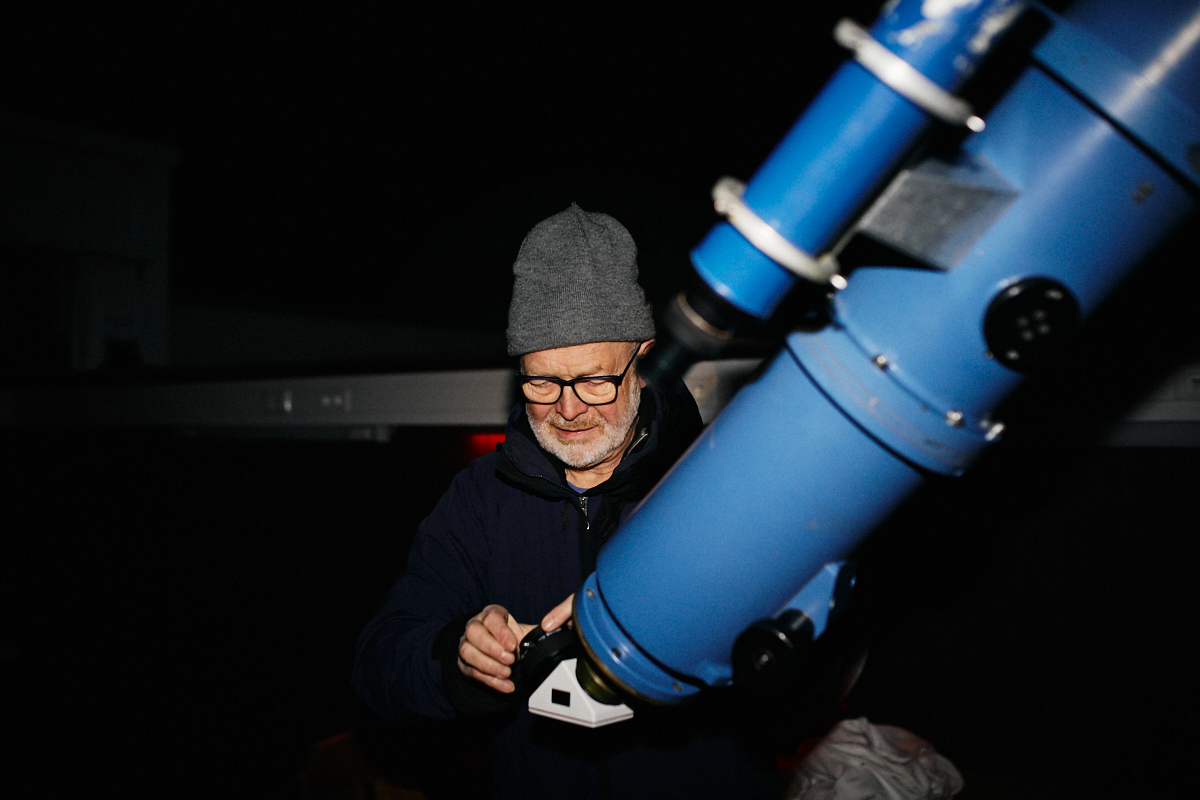 The observatory in the town of Heppenheim is located in an idyllic landscape just below Starkenburg fortress on Schlossberg mountain and surrounded by forest. It can get unusually dark up here, with an occasional light from the towns in the valley that glints through the trees. A tawny owl howls into the neighbouring silence. The night is clear and an exceptional starry sky extends above the terrace, a panorama that is rarely visible elsewhere in the middle of the Metropolitan Region. Rainer explains that it is not always that dark up here. Usually, the illuminated Starkenburg fortress lights up the sky. In clear nights, however, the historic ruins remain in the dark to allow an undisturbed view of the stars. 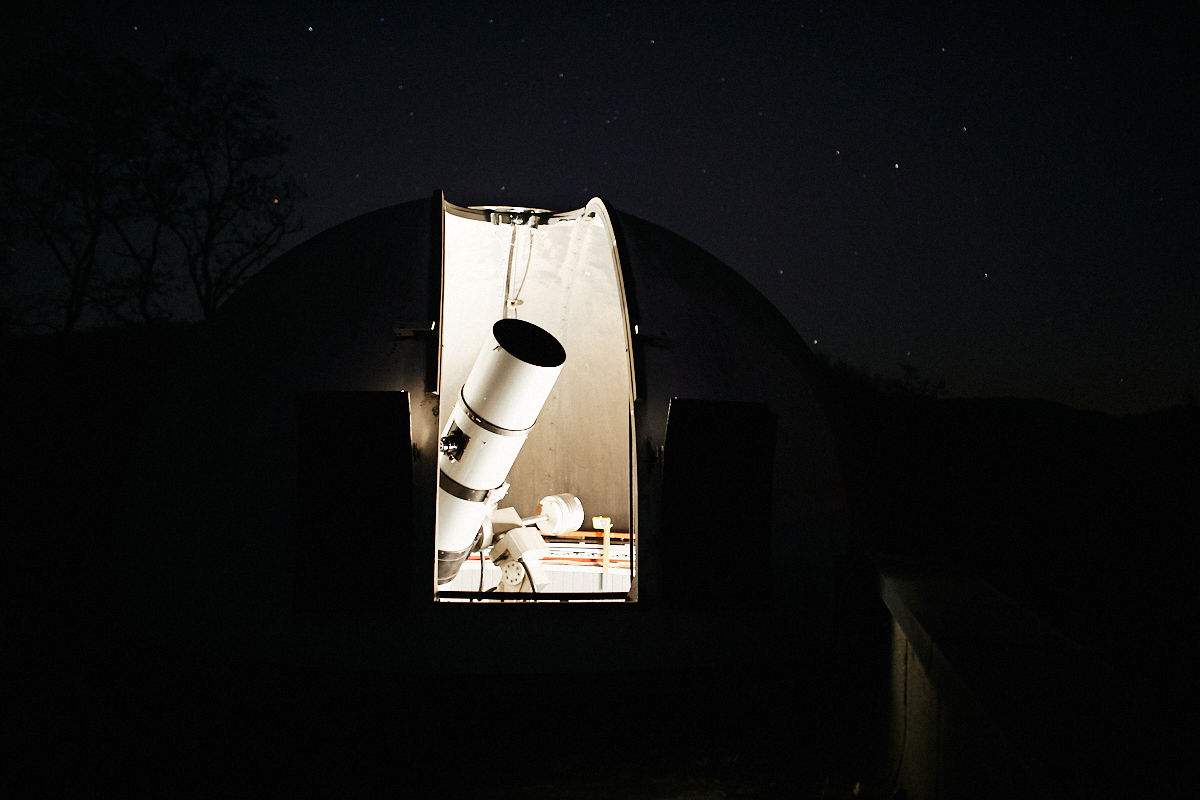 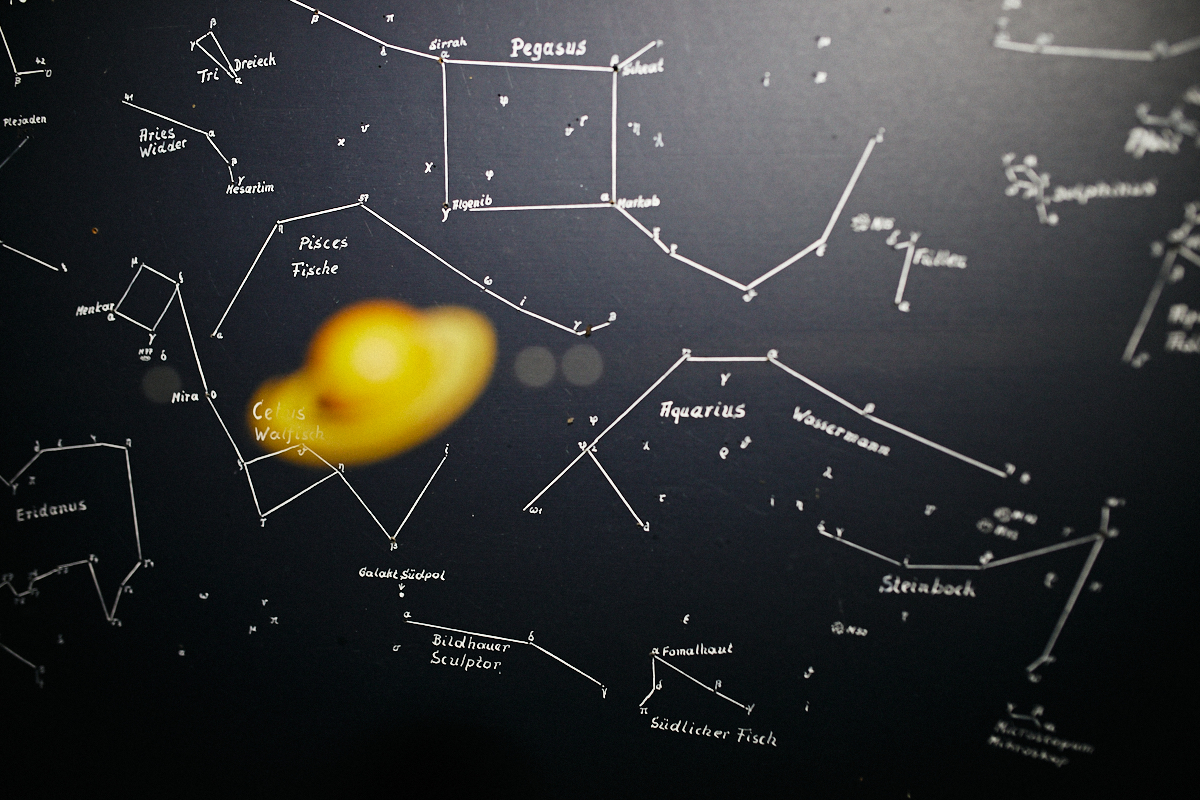 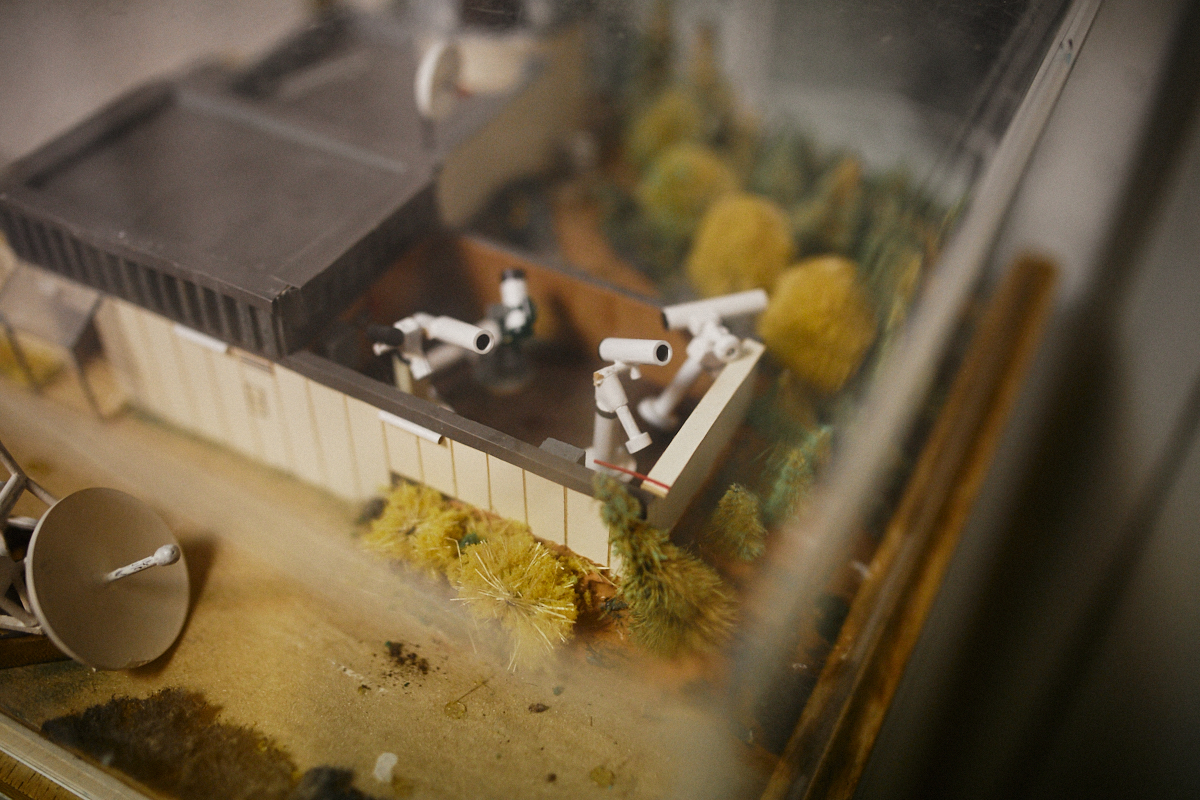 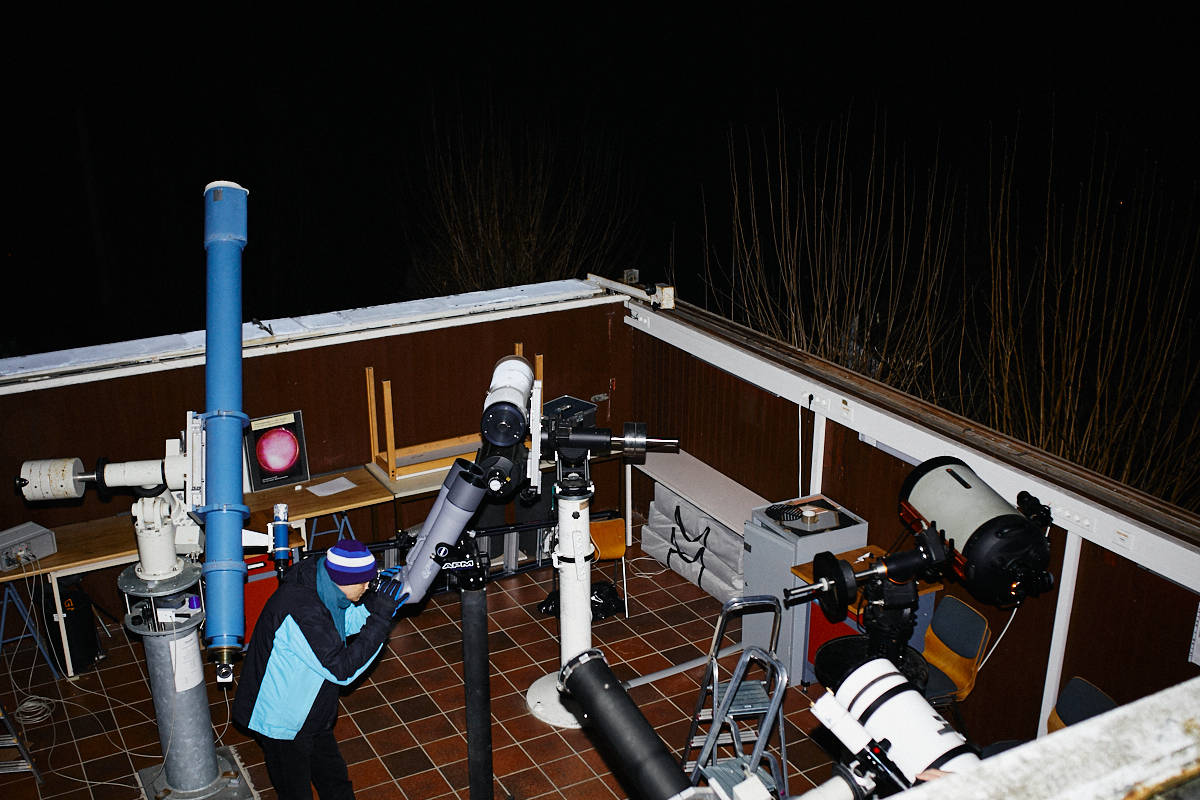 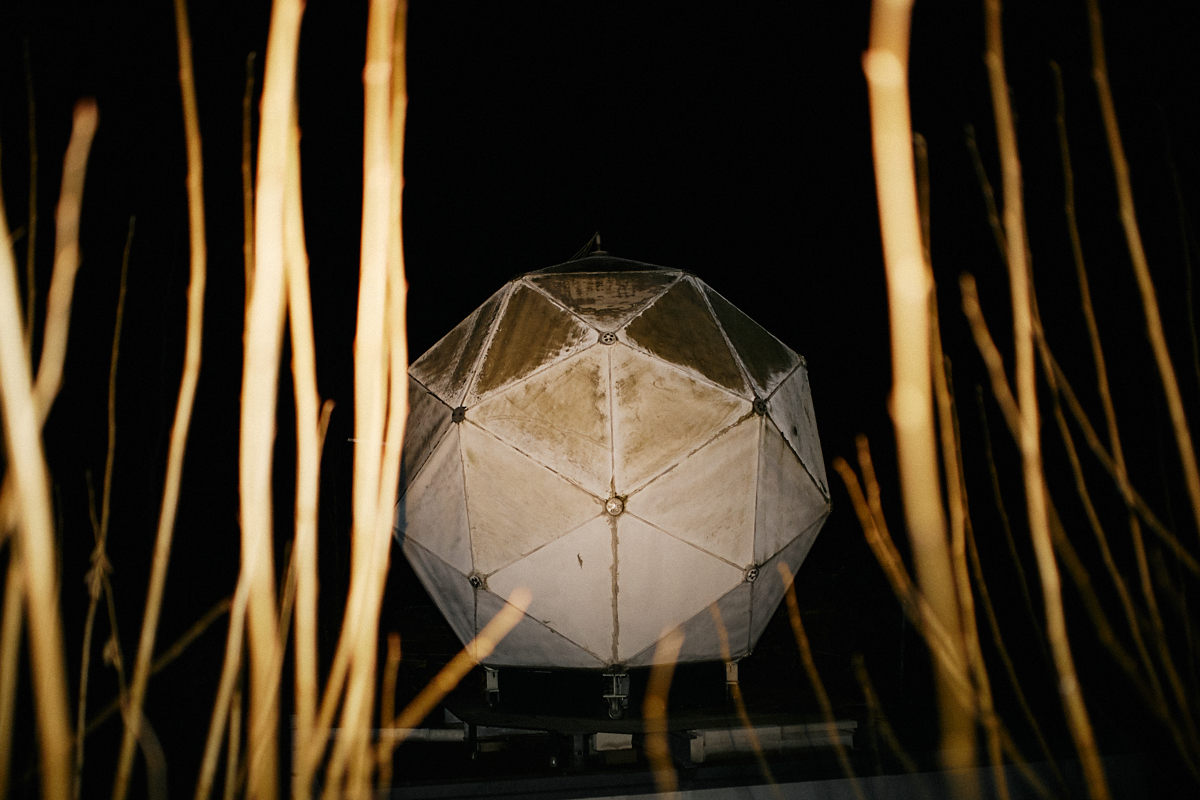 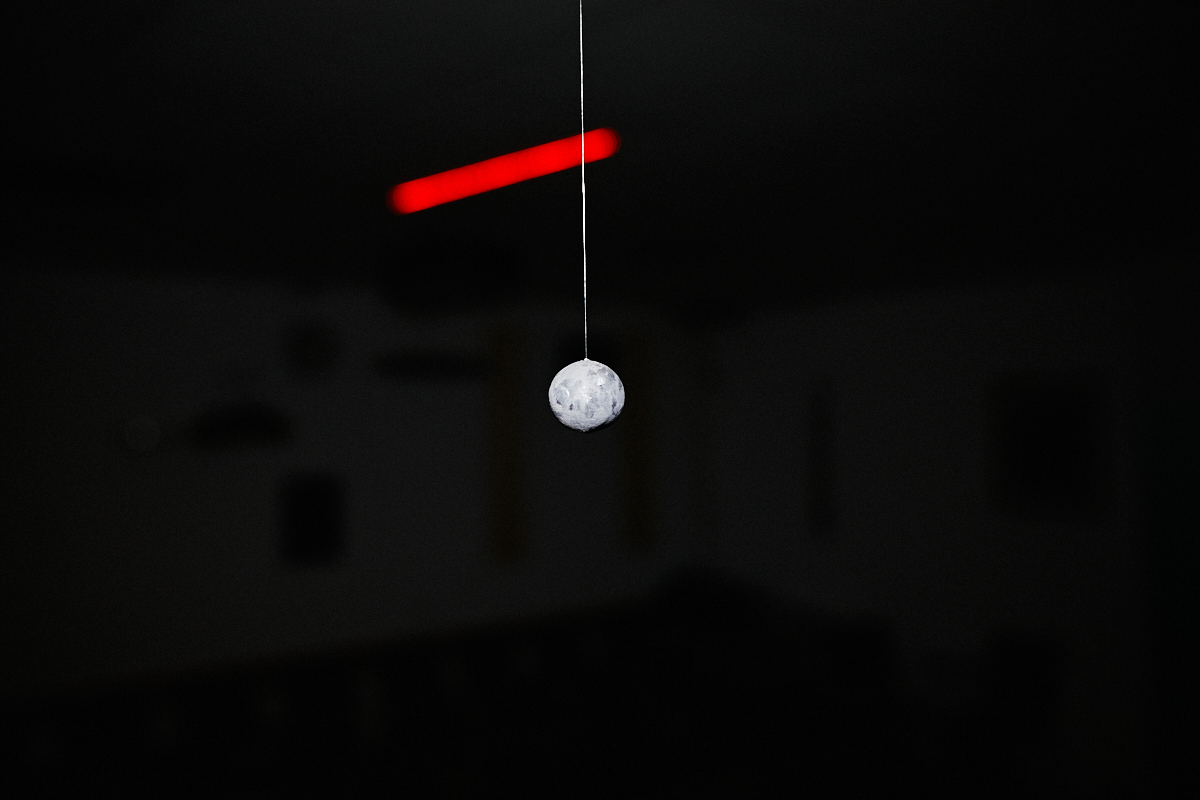 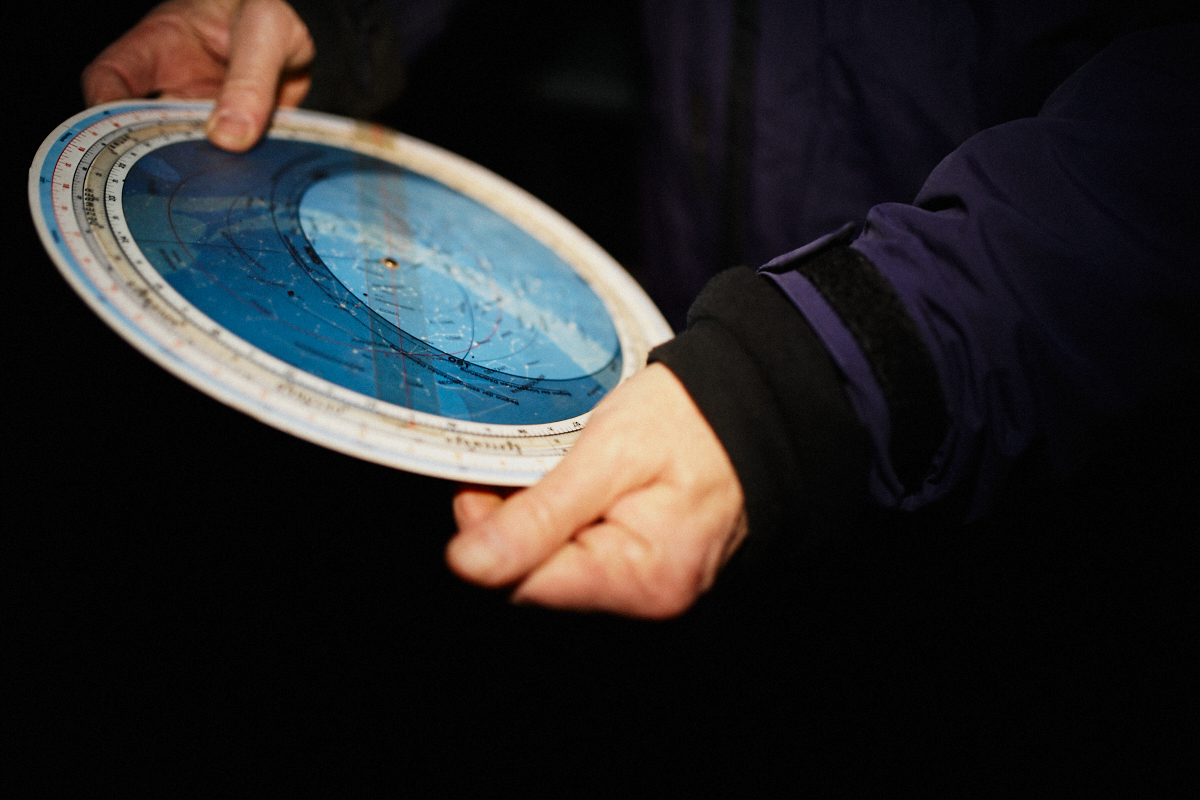 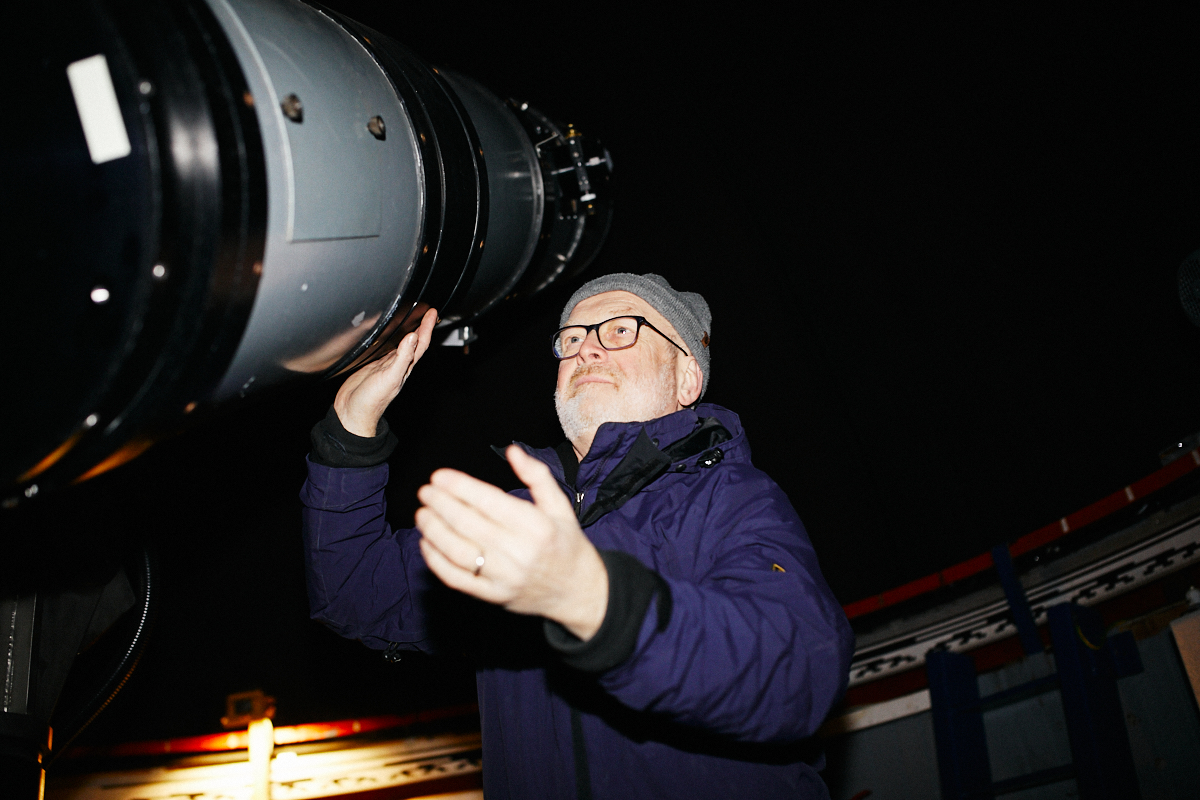 It is thanks to the two hairdressers Alfred Sturm and Martin Geffert that Heppenheim has an observatory at all. It was the enthusiastic amateur astronomers who came up with the idea to build an observatory in their hometown. They came here in the evenings after work, bringing a shovel and a cement mixer. In 1973, they founded the club ‘Astronomischer Arbeitskreis im Kulturkreis Heppenheim’ (astronomical working group in the cultural environment of Heppenheim), renamed ‘Starkenburg-Sternwarte’ in 1991. The number of members has been stable for decades—including some 170 persons.

“The observatory is famous throughout Germany”

The thrill of the chase broke out in the observatory after ‘Heppenheim’ had been discovered. A team of members founded the ‘Minor Planet Hunting Team’—a hunting party in quest of asteroids that has indeed discovered some 50 new ones to this day. “Then we reached the limits of our equipment,” explains Rainer, who came here from the Lower Rhine in 1998. The stars guided him here, so to speak. 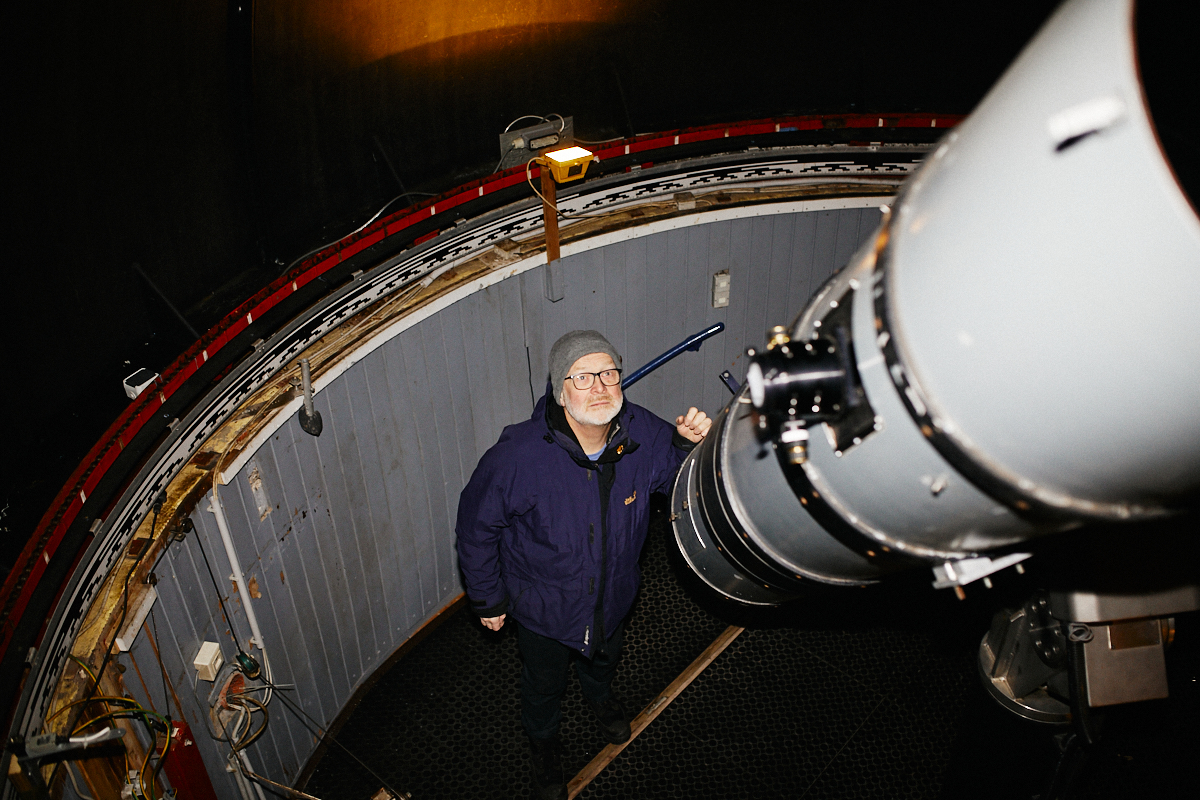 Rainer Kresken has been fascinated by the universe ever since he witnessed on TV the moon landing as a seven-year-old in 1969.

Even as a teenager, Rainer used to observe the night skies. He has been fascinated by the universe ever since he witnessed on TV the moon landing as a seven-year-old in 1969. Astronomy has always been more than just a hobby for him. He studied mechanical engineering and aerospace engineering in Aachen. In 1998, he became an aerospace engineer at the European Space Operations Centre of the ESA in Darmstadt. He had known the Starkenburg observatory, however, long before that. “The observatory is famous throughout Germany for its above-average amateur discovery work.” This made him go straight to Schlossberg mountain in Heppenheim, soon after he had arrived at Darmstadt. “And there I got stuck,” Rainer laughs. He became a club member and was seized with the quest for minor planets. When the club reached the limits of its equipment, he got in touch with ESA without further ado. As a result, the club members were granted permission to use the telescope of the ESA Optical Ground Station near Teide mountain on Tenerife. Today, ‘their’ asteroids have names such as Alfredsturm, Geffert, Arthurdent and Haraldlesch. 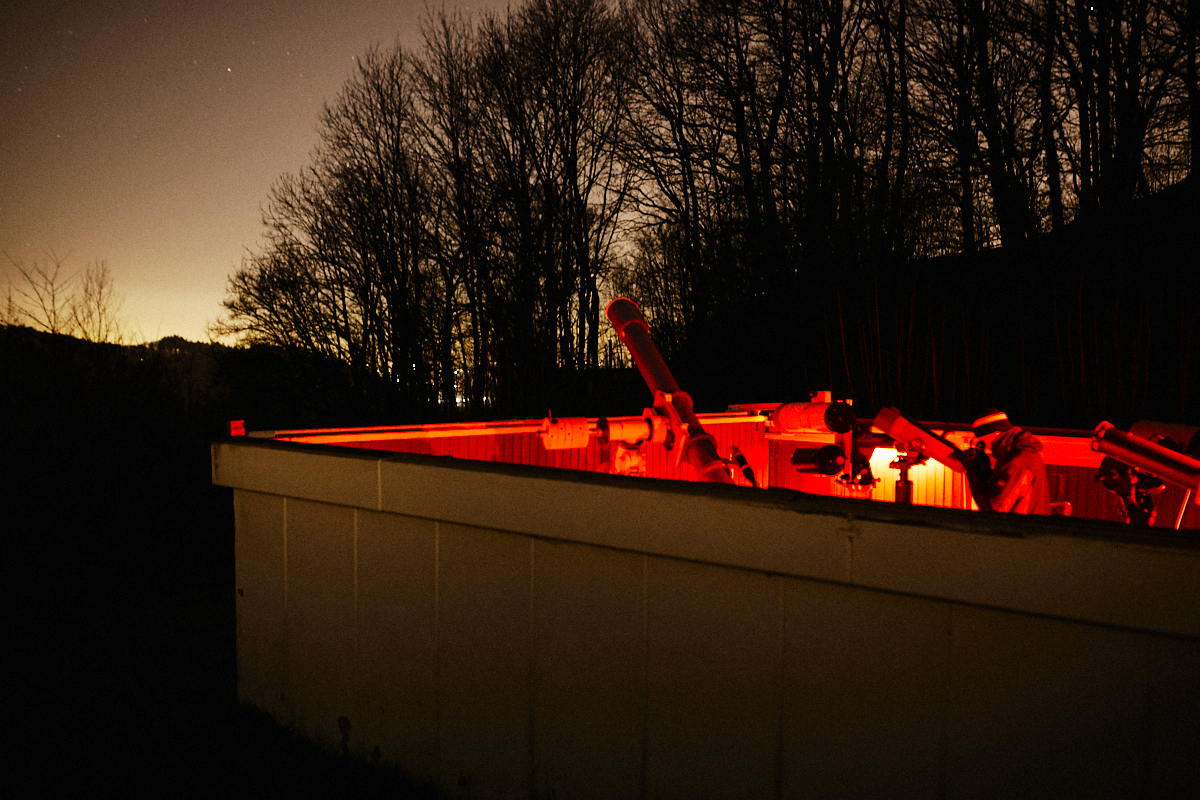 The terrace of the observatory is bathed in red light.

The terrace of the observatory in Heppenheim has been filling with observers. A growing number of club members look through the various telescopes. 19-year-old Felix Wenz plies Matthias Busch, who has been active in the club since 1985, with questions. Suddenly, Rainer interrupts the talks: “Hey, hello! Here comes the ISS!” He points at a bright spot that moves quickly across the sky. The International Space Station is only visible when sunlit. A few seconds later, the object fades and disappears into darkness. Matthias takes a strong laser pen and starts to point at the constellations, shows galaxies and star clusters through the telescopes—in a manner comprehensible to amateurs and with lots of patience. You cannot escape the enthusiasm of the club members—it’s contagious. 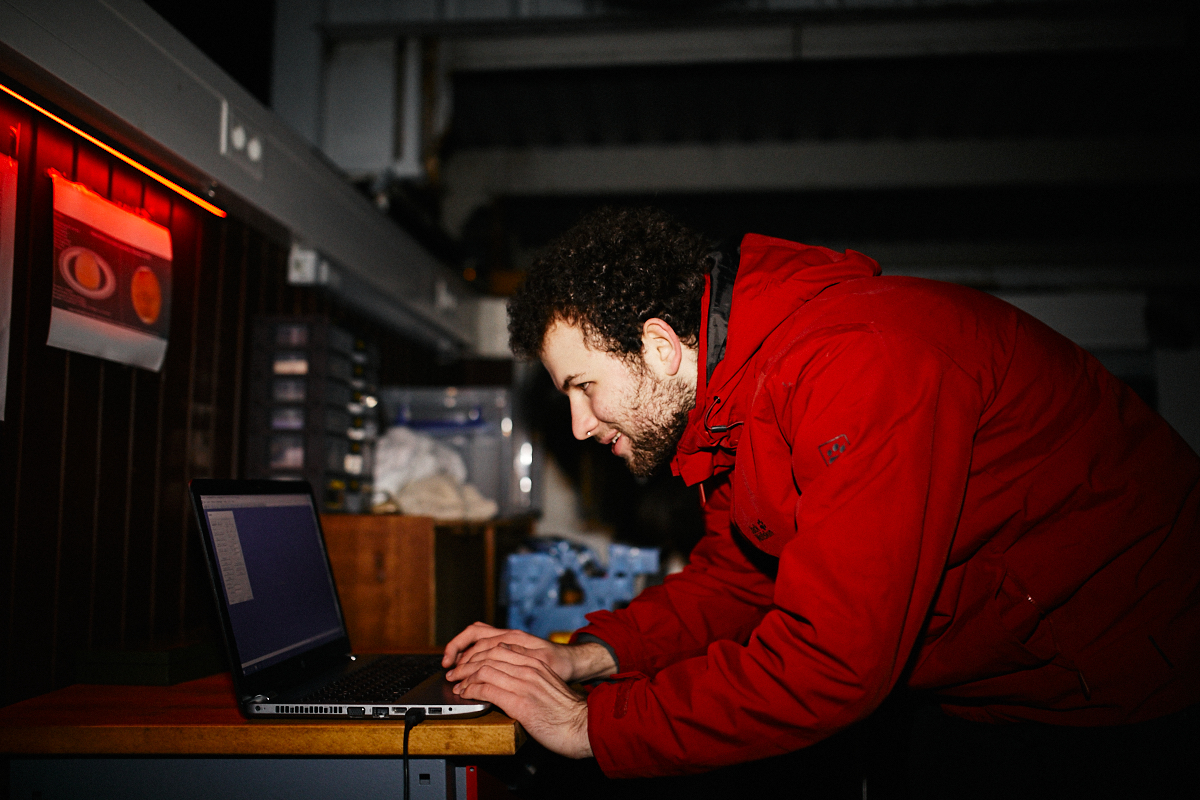 This is, in fact, their intention: to fill people with enthusiasm. On Tuesdays, there are lectures in the observatory, in many cases with experts from the ESA or NASA. Even the astrophysicist and television presenter Harald Lesch came here in consideration of the minor planet that was named after him. The events are for free, just like the observation evenings that take place every Friday—as long as the weather allows it. The observatory has a special programme for children. On a regular basis, members of the club show children from the Starkenburg youth hostel round the observatory. There are presentations especially designed for children and astronomy working groups for students. And if you want to get to grasps with the dimensions of our solar system, you can walk along the so-called planet path: from Pluto at the edge of the old town of Heppenheim (number 3 Kleine Bach road) across the vineyards for about three kilometres until you reach the Sun at the gateway of the Starkenburg observatory. 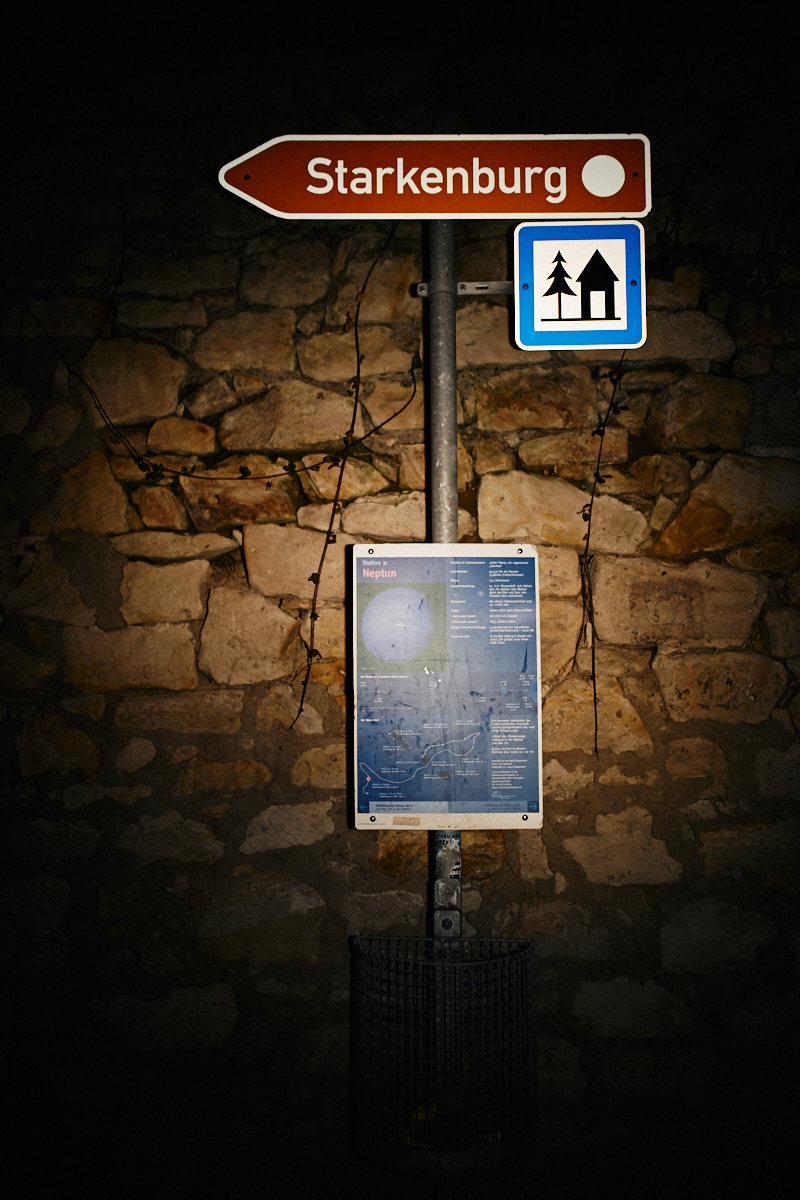 The planet path: From Pluto at the edge of the old town of Heppenheim across the vineyards to the Sun at the gateway of the Starkenburg observatory.

Rainer guides us from the terrace into the presentation hall that is bathed in red light. “The eyes have adapted to the dark and it took them long. The pupils would dilate immediately, if we had white light in the room.” A staircase at the other end of the hall leads to the observatory’s dome. The huge telescope standing here was left to the observatory by amateur astronomer Fritz Mühleis. Rainer lowers his voice: “Now, through this one, you really have an incredible view!” The opening of the dome is brought into position with jerking and tugging moves. And there, the starry winter sky becomes visible above the telescope. Silence, solitude and darkness is what Rainer loves about observation—“and, of course, the visual beauty!” He pauses for a moment. “It is so incredible that the light of the Andromeda Galaxy we see today has travelled for over two million years.” Doesn’t he feel small sometimes when he does observation up here and becomes aware of such figures? “No,” Rainer says, “not at all. I rather feel like a part of the whole.” 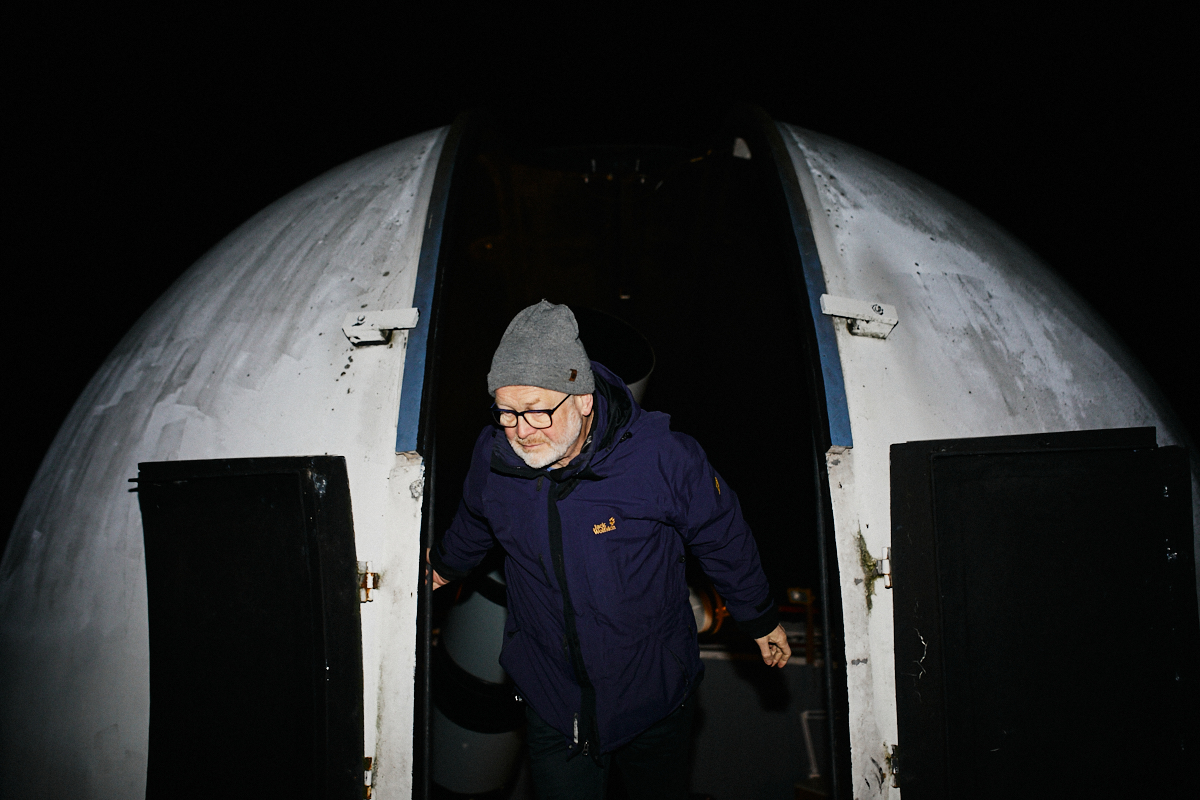 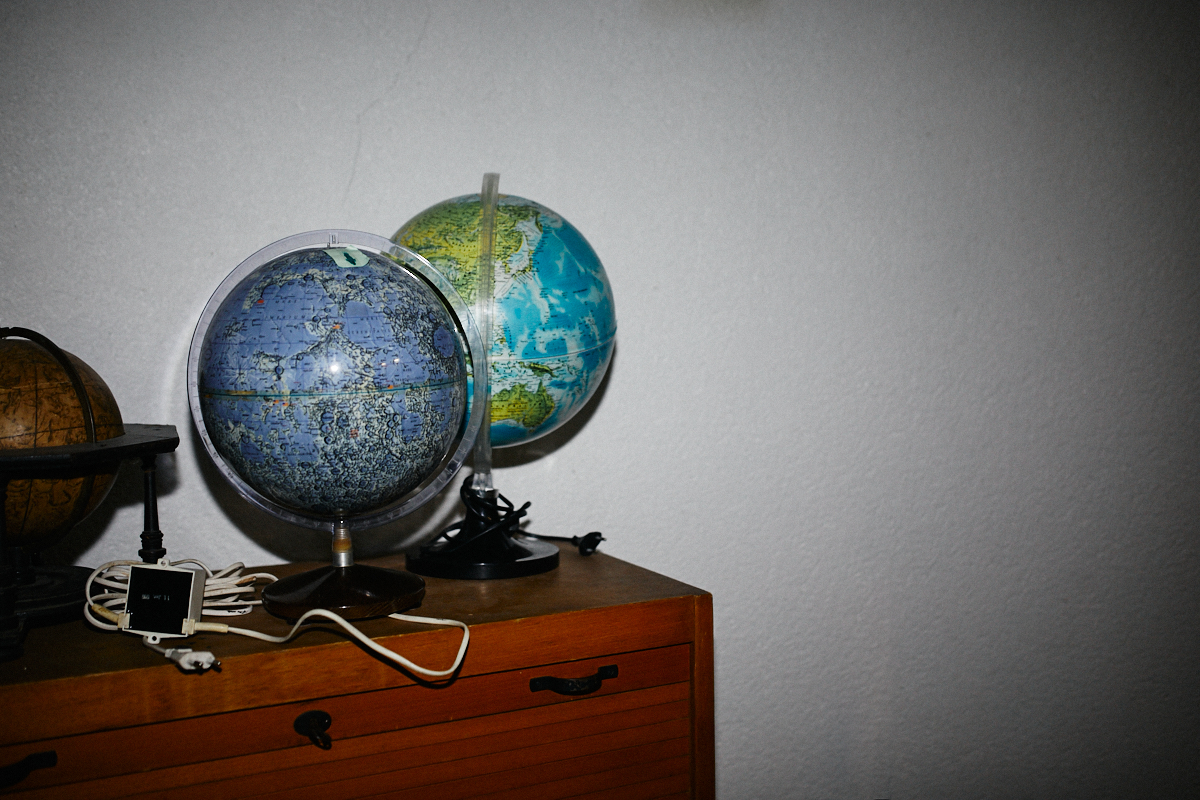 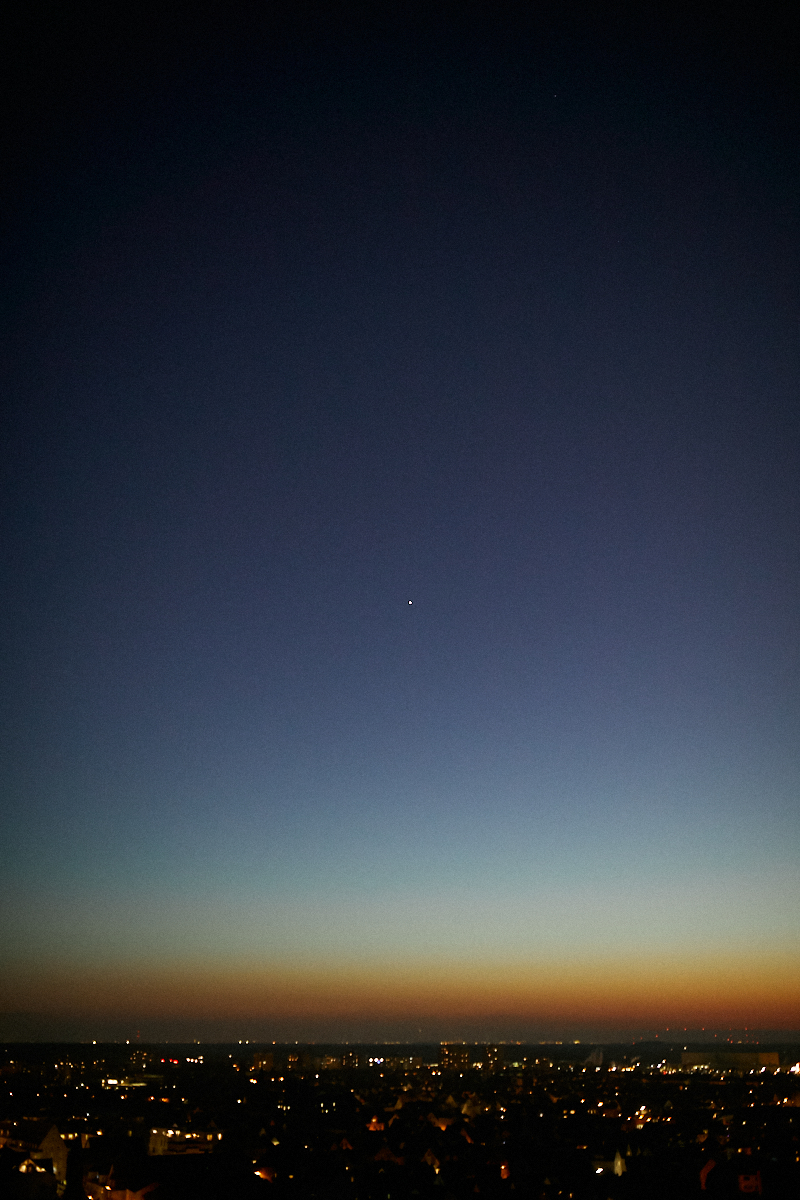 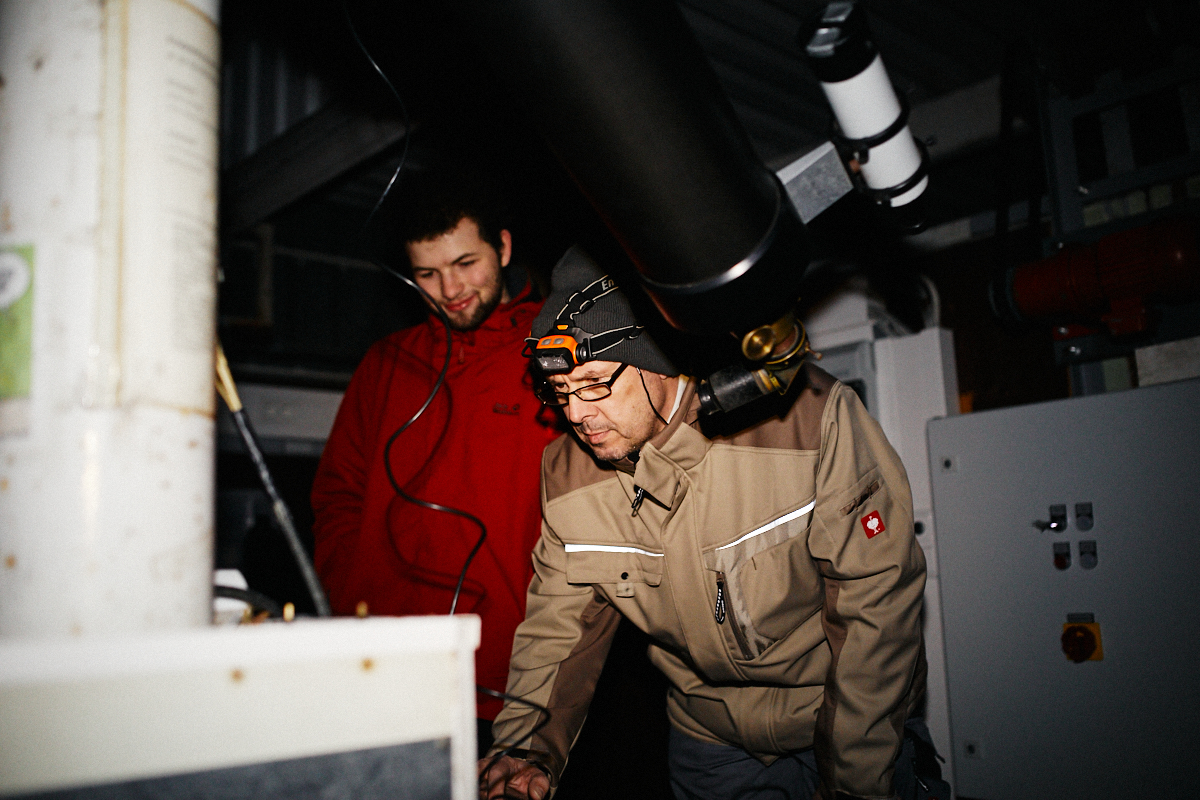 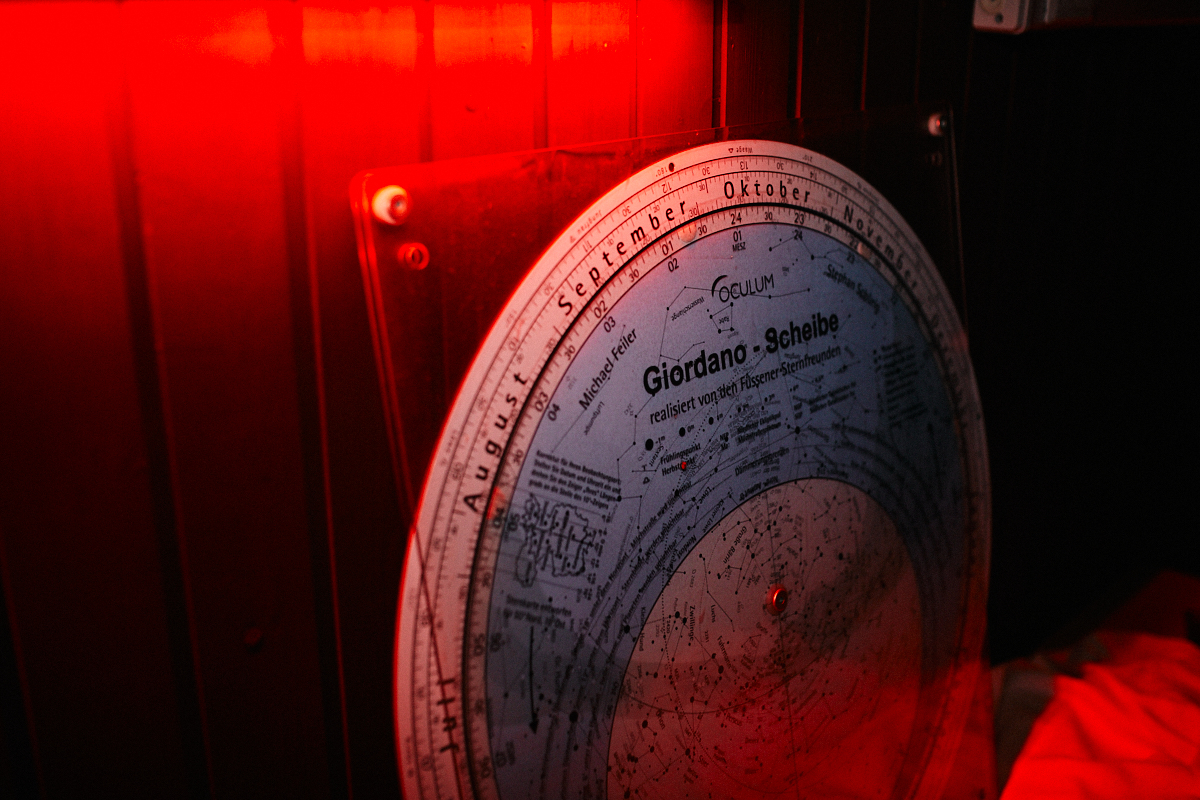 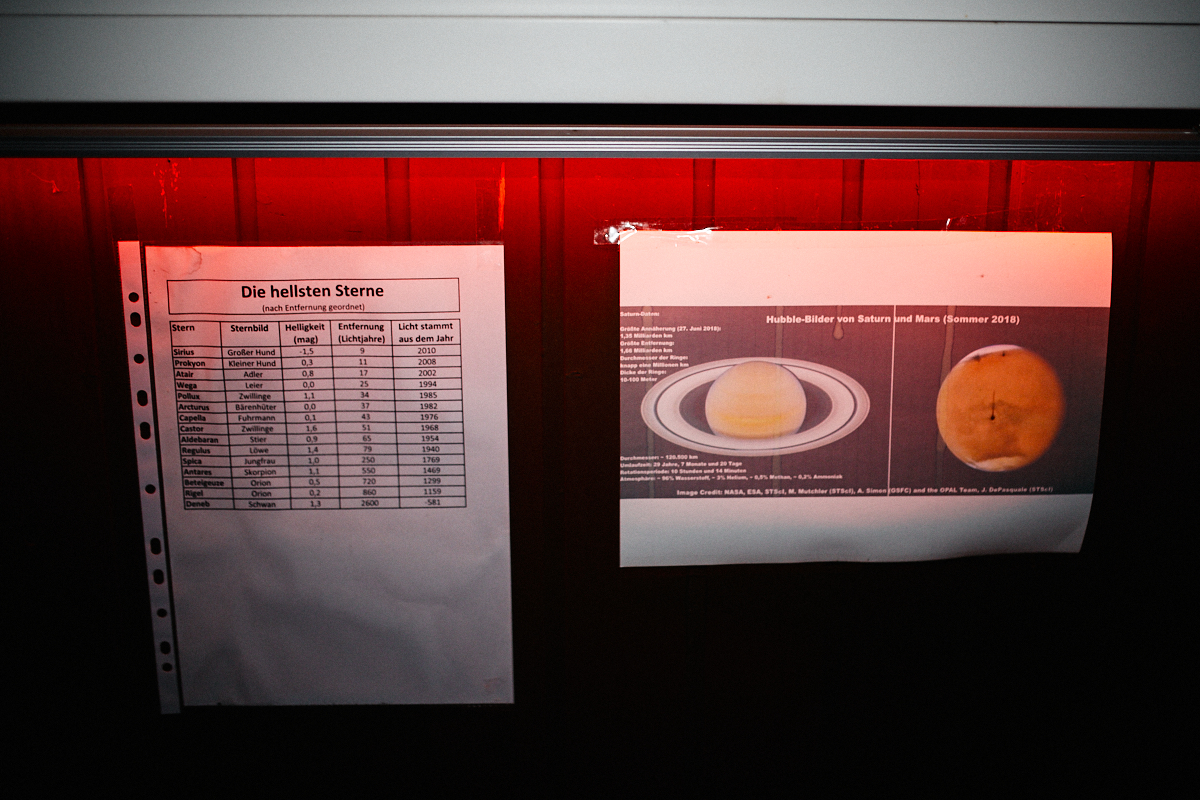 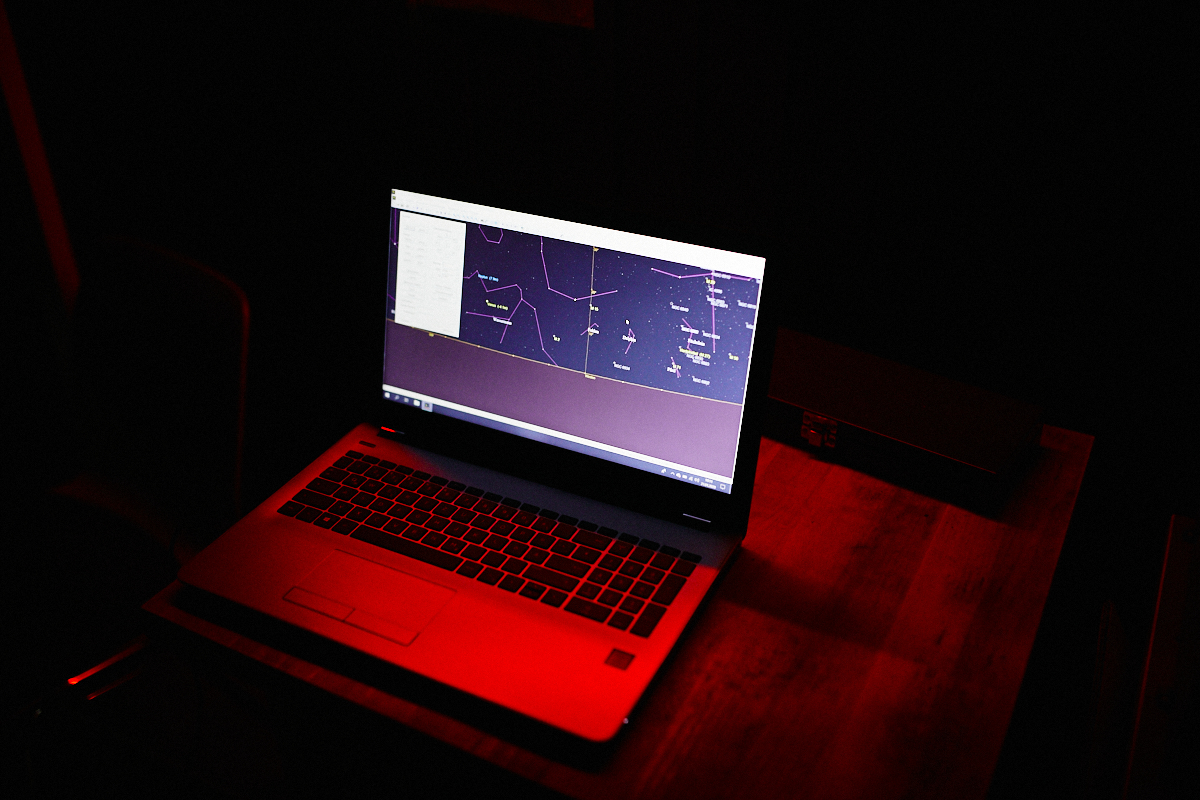 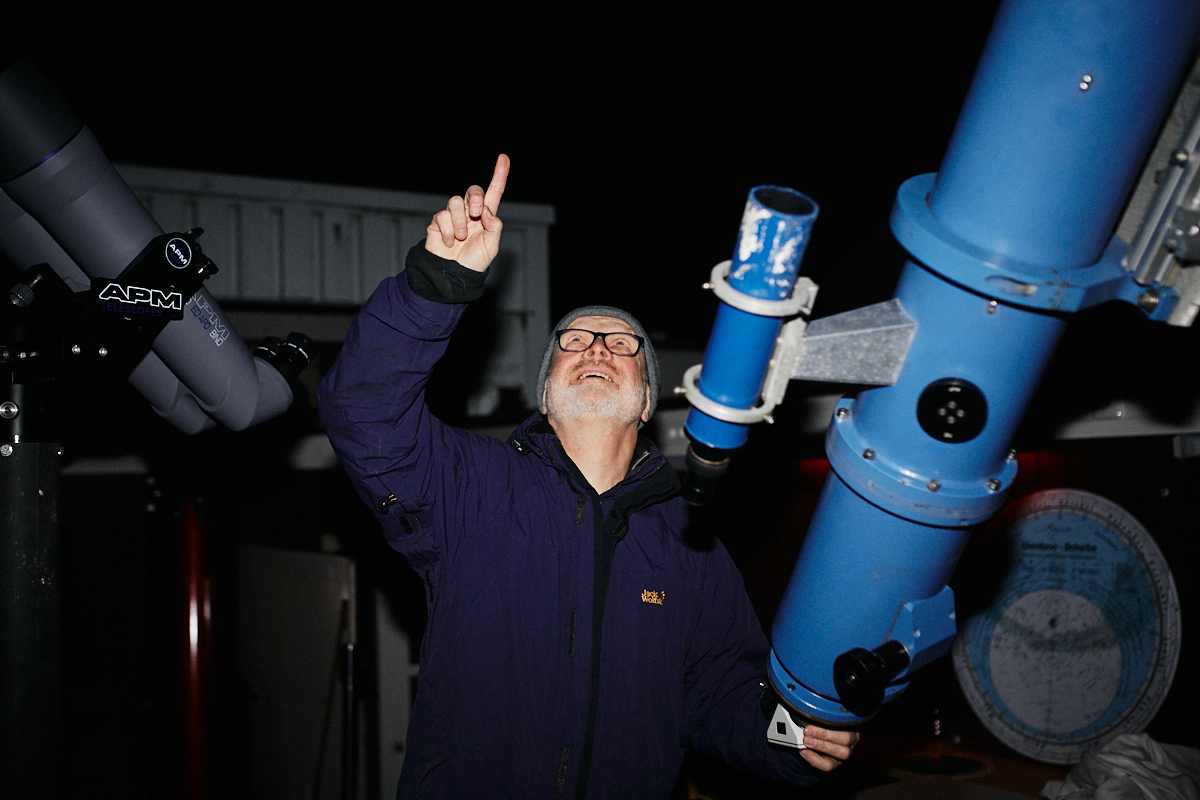 The Luisenpark in Mannheim – a place for encounter.