Staying overnight in the middle of the forest, between pines and beeches, under a treetop canopy composed of a thousand leaves? This is theoretically not permitted in Germany. In 2009, however, the first trekking grounds in the Palatinate Forest were created and have offered hikers a unique outdoor experience—thanks to the efforts of Uta Holz from Südliche Weinstraße district and Sigfried Tiator, a committed citizen.

Uta Holz can recall her first night in the Palatinate Forest in great detail. “It took place here in the Eußerthal region,” says the secretary of the Südliche Weinstraße e. V. association. “It was in 2009, shortly after the trekking grounds were opened:” Her children, then three and five years old, were very tired as a result of the hike to the site and they crawled into the tent early. “Then, a thunderstorm came up” and breaking camp was not an option, because the children were fast asleep. So the family stayed. “I found it quite scary—but my children slept through it, totally unimpressed by the thunderstorm. The next day, they were well rested and explored the forest.” It was the first of what should become a great number of nights in the Palatinate Forest.

Today, two families have pitched their tents at the Eußerthal site. They are from Mannheim and Kaiserslautern. Noah and Tammi, eleven and six, run around excitedly between the campfire site and the rocks at the edge of the ground, while their parents are juggling with the tent poles. Mika and Selma, five and three years old, stand at the fire and hold sticks into it in a highly concentrated manner. It is an adventure for the entire family. Seeming far away from civilization it is yet close enough to feel safe throughout the experience.

In 2007, the Landesforsten Rheinland-Pfalz (Rhineland-Palatinate state forest authorities) contacted Uta to jointly establish trekking grounds in the Palatinate Forest-North Vosges Biosphere Reserve. “They definitely approached the right person,” says the professional of the tourist industry and laughs. She enjoys being outdoors, loves hiking and has always a little bit envied Scandinavia, where everybody is permitted to stay overnight in the wilderness—as long as it doesn’t exceed one night. In densely populated and highly regulated Germany, this hasn’t been the case so far. “I thought the idea is great and wanted to turn it into reality straight away.” However, it took two years until the first overnight stay in the forest was possible. “A big effort was required to communicate the idea and convince the institutions involved.” Local councils were worried about forests being used for partying and hunters about hikers scaring off the wild animals. 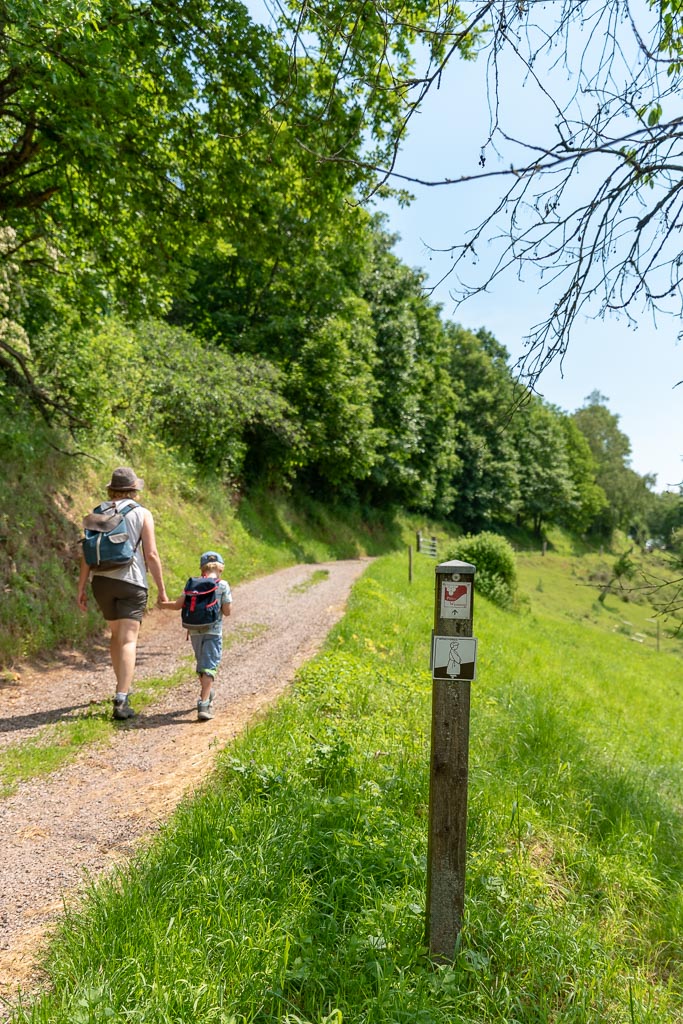 The hike to the ground is an adventure itself. 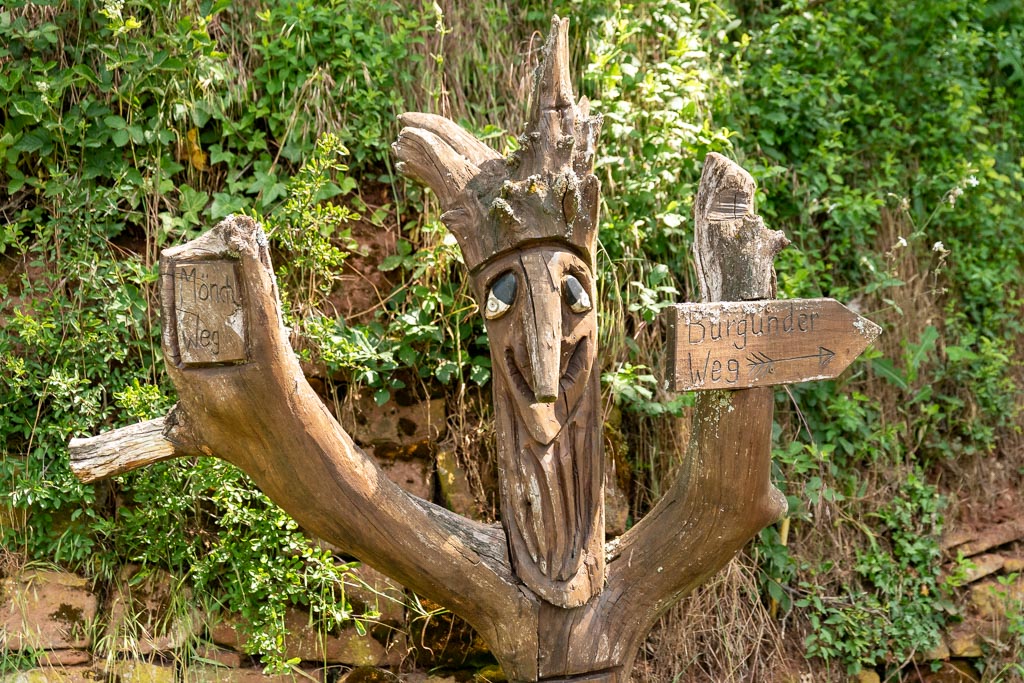 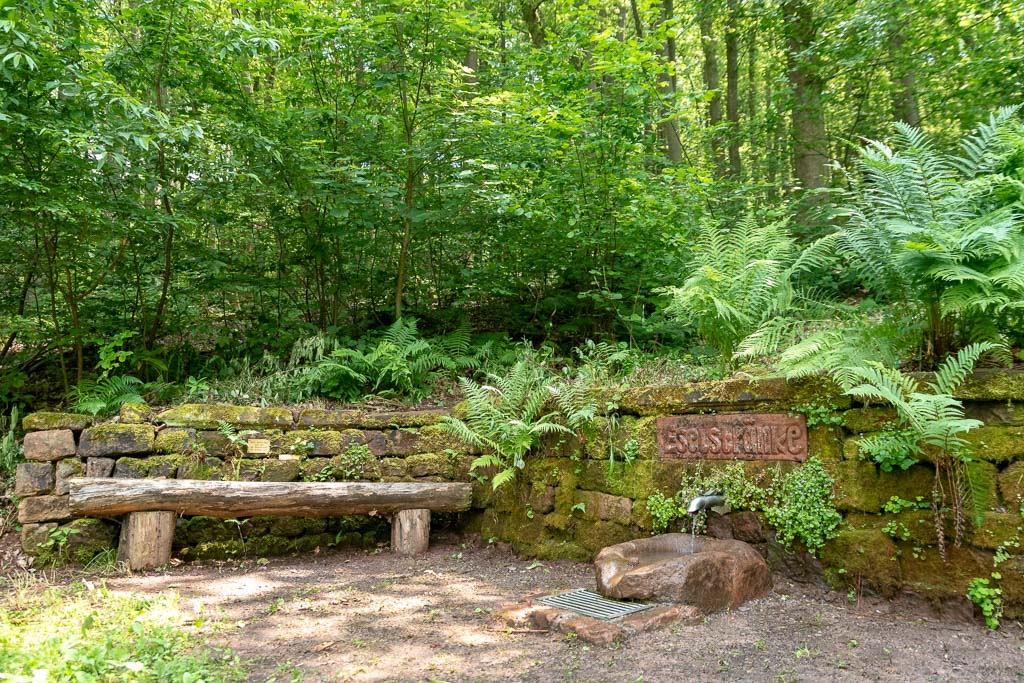 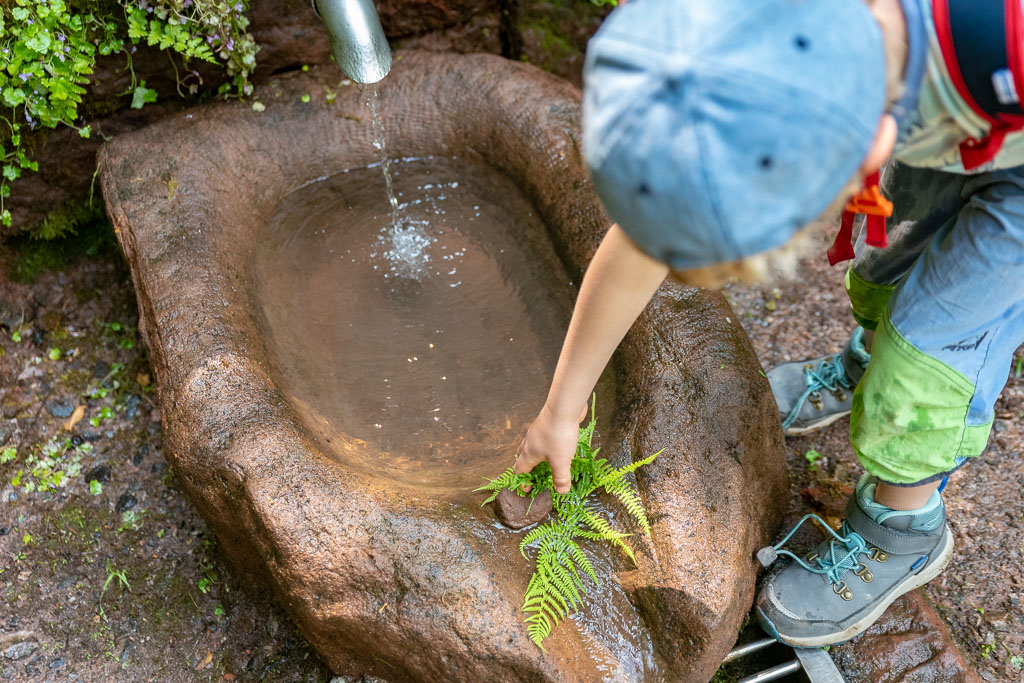 ...which allows you a refreshing breather. 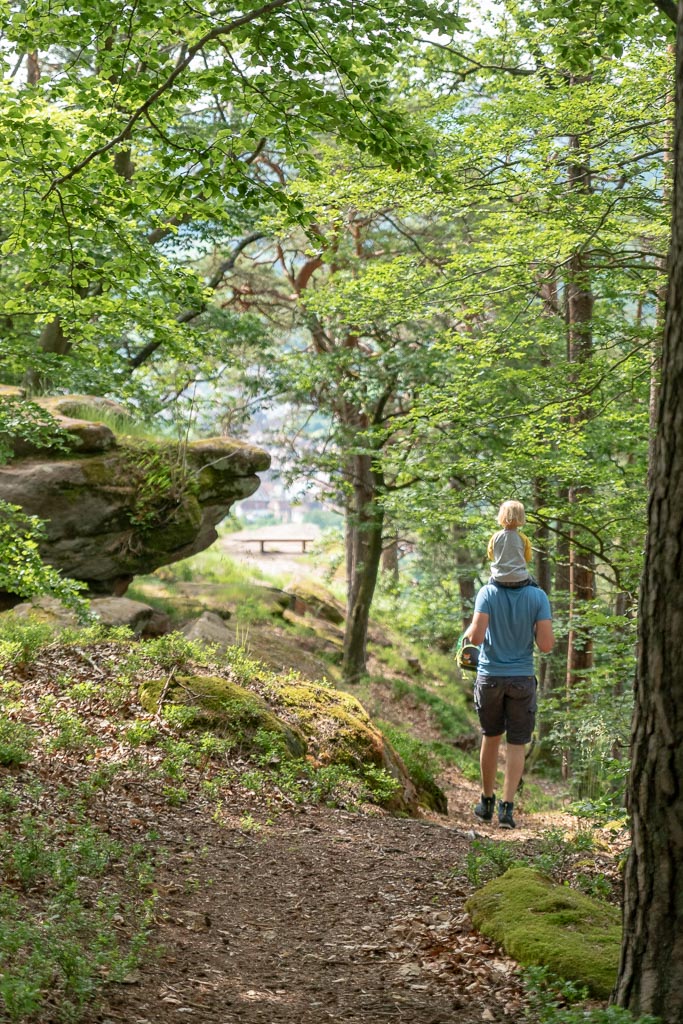 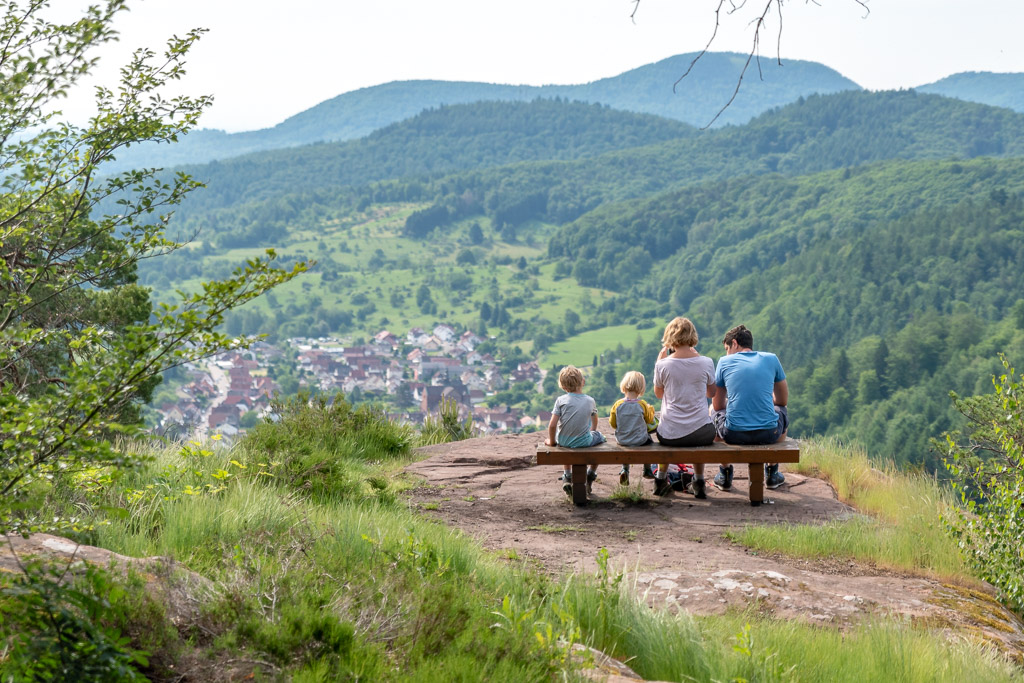 Impressive: The view from the Beutelsbergfelsen rock. 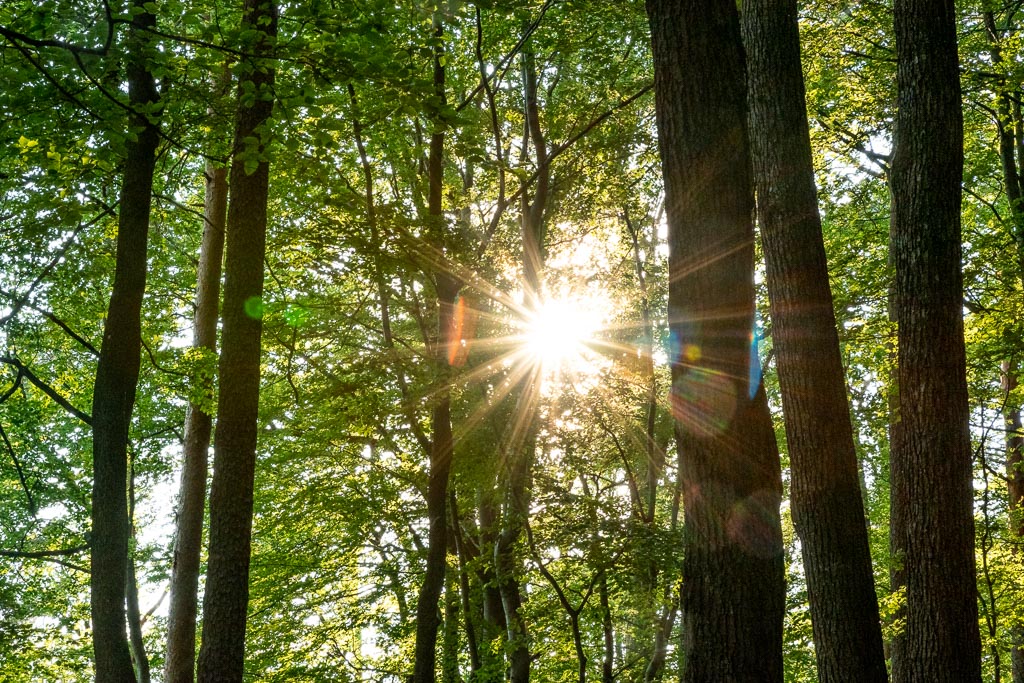 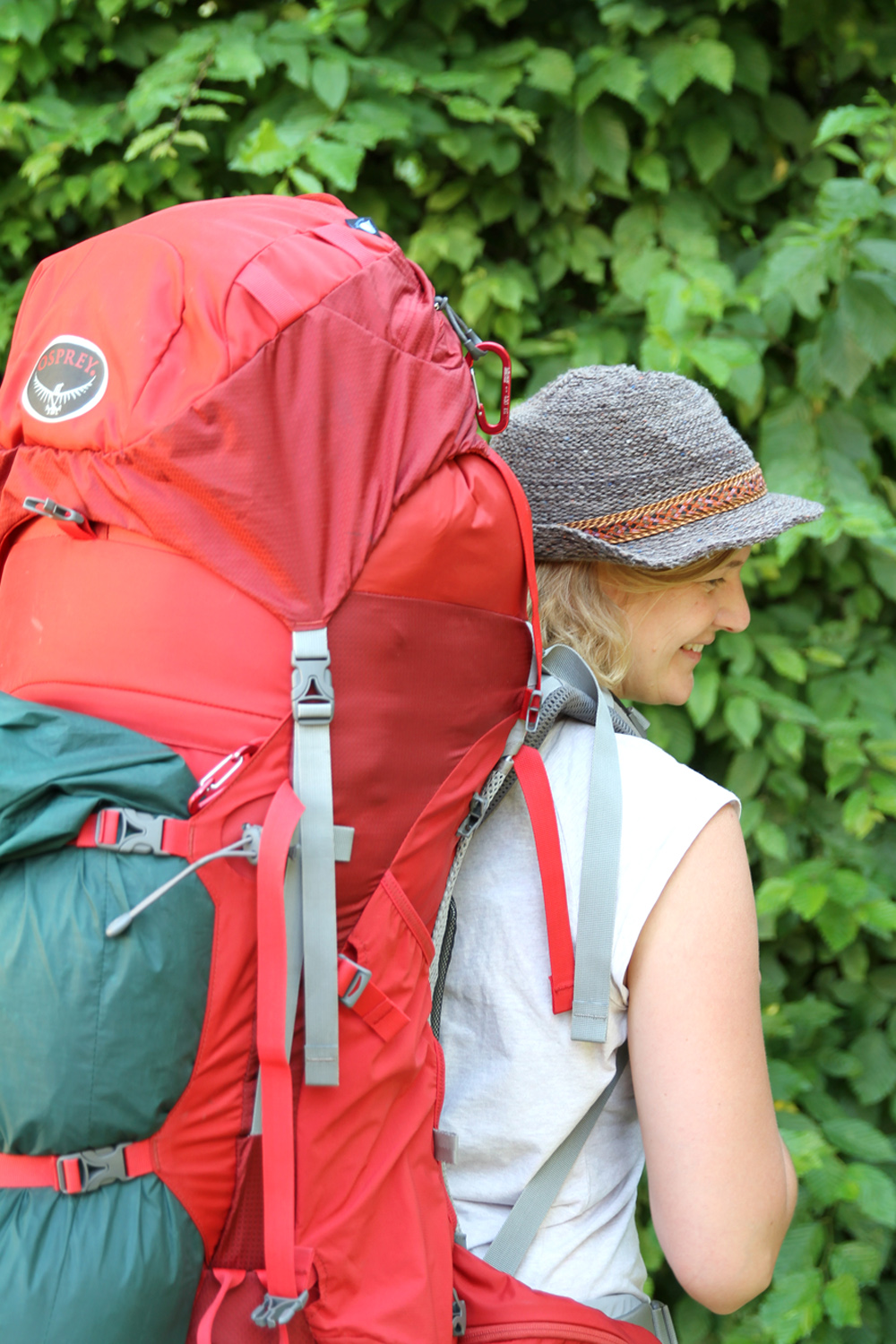 A tip for families with young children: The heavy part of the gear should be taken up only on the last bit of the track. 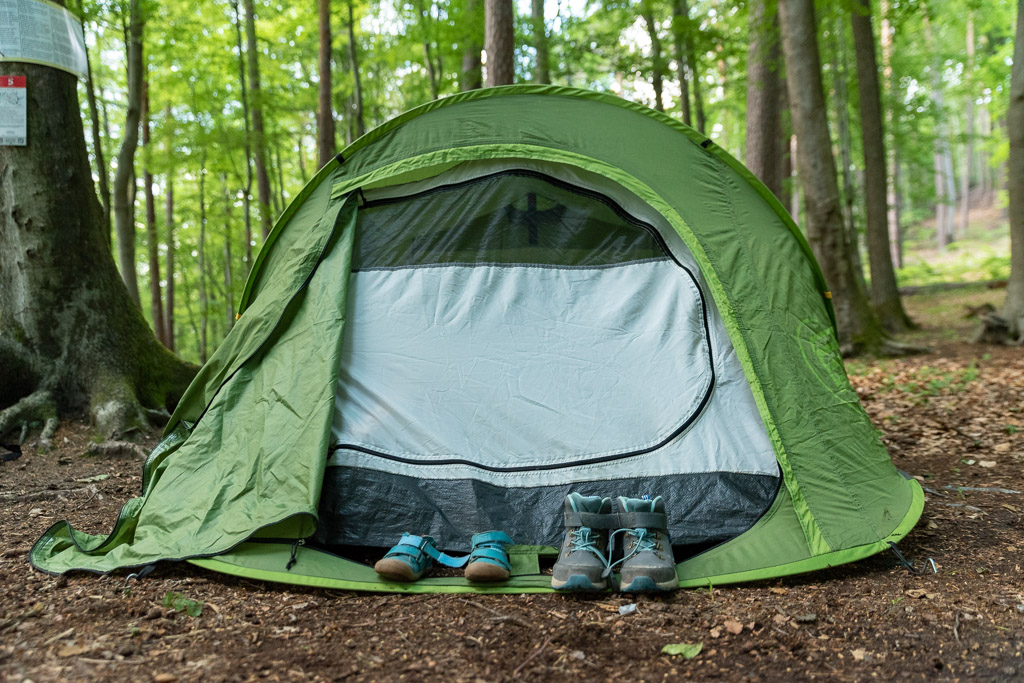 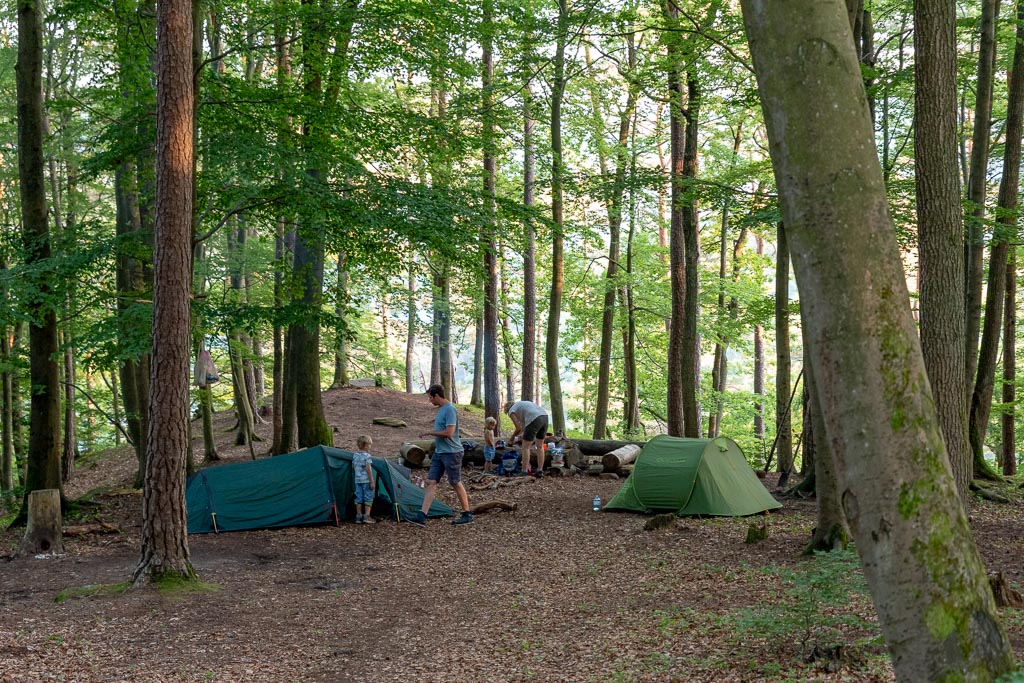 Experience the forest vividly—with a stay on a trekking ground.

Uta managed to allay the doubts and get a trial period for the project out. Seven sites in the Südliche Weinstraße district are the outcome—for a start. “One year later I received a call from the hunting club. They admitted that their reservations had been unfounded and told me the trekkers behaved carefully and in an exemplary manner.” Over the years, more sites were set up across Donnersbergkreis district, Kaiserslautern district, Lambrecht and in the South-Western Palatinate, adding up to a total of 15 trekking grounds today. They are interconnected, one after another, and reachable within a day’s march. That means you can practically do a fortnight’s hike through the Palatinate Forest—staying at each site no longer than one night though.

The two families, who spend this night in the woods, rather make it a single adventure. All of them have now gathered around the campfire. Their evening meal is sausage and canned ravioli with grilled marshmallows for dessert. They are lucky: The beginning of 2021 was pretty wet, but “usually, it has become so dry already in May that we have to forbid campfires because of the risk of forest fires,” Siegfried Tiator, known as Siggi, explains. He takes care of the site in Eußerthal.

There is one volunteer for each trekking site to look after it. This was the next challenge Uta faced—finding them. The mayor of Eußerthal finally found Siggi. “I was a member of the local council and the mayor knew I enjoyed being in the forest and spending lots of time there and that I know all about it. So, Siggi accepted. Now, he sits at the campfire with Uta. Both of them have a Riesling spritzer in their hand—after all, this is the Palatinate. Very soon after, their conversation turns to the E5 long-distance trail. They talk about the routes each of them took across the Alps or which huts they rested at—two birds of a feather. They laugh a lot. “It’s really worth a mint finding somebody like Siggi for this project,” Uta says. “And at all sites, the persons in charge are still the same like in the beginning.”

Situated off the beaten track and not at main hiking routes, and at the same time accessible from a village or a train station—this makes a perfect trekking site. To obtain the exact coordinates, you must register via the web portal, which also gives you suggestions for possible hiking routes. “This spot has a beautiful plateau and is orientated south-eastwards,” Siggi explains and points at the evening sun, whose last rays of this day sparkle through the canopy. And it has a permanent campfire site and also a composting toilet a bit further down the slope. “And a spring—about 800 metres from here. “That’s it. Trekkers must bring everything else they need. And take their garbage back home.”

We have a lot of enquiries on tours that include a tent-pitching service, preferably with dinner prepared upon arrival,” says Uta. But “glamping,” the glamorous form of camping is not offered here. “Here you’ll find simplicity. And deliberately so. People, who come here, want to experience nature—rather than just noticing it as a backdrop.” A night costs 15 euro per tent. And a site can take a maximum of four tents for up to three persons each. The grounds are open from April to October, mainly to allow nature to rest in wintertime.

The idea is a success. The number of overnight stays has increased every year and the COVID pandemic has driven figures up additionally: The sites are booked up for several weeks, particularly on weekends. Uta is visibly proud of the positive results of all the talking and convincing it took. And proud that the project won the third prize in the 2010 German Tourism Award. The jury praised their sustainable implementation of a general outdoor vacation trend as well as the extensive voluntary commitment. The Palatinate concept is officially “recommended for imitation.” It was not to take long until other federal states picked up on the successful concept. Trekking grounds were set up shortly afterwards at Soonwaldsteig long-distance trail near Bingen and now you find grounds also in the Black Forest, the Harz Mountains and the Spessart low mountain range.

“People, who come here, are very different from each other,” says Siggi, who often looks in on “his” ground in the evenings and sometimes joins the trekkers at the campfire. “There are many families, usually from the cities. Or sometimes just a father and his son.” These are outdoor enthusiasts, who have been on tours through Canada for weeks and who are happy that they can finally do the like in their home country now. “And there are those, who go shopping in the Engelhorn sports department store beforehand and stock up on heavy gear, which has given them blisters on their feet when they arrive here,” Siggi grins a bit and adverts to the tips given on the trekking grounds’ web page. “I think it wise to read them beforehand if you’re doing this for the first time.”

At the Eußerthal trekking ground, a tawny owl rings the night in. The campfire goes out first, the torches in the tents soon afterwards. Then, only the low rustling sound of the trees can be heard—and a rustle in the leaves every now and then. Until, in the morning, just before sunrise, the birds of the forest welcome a new day. 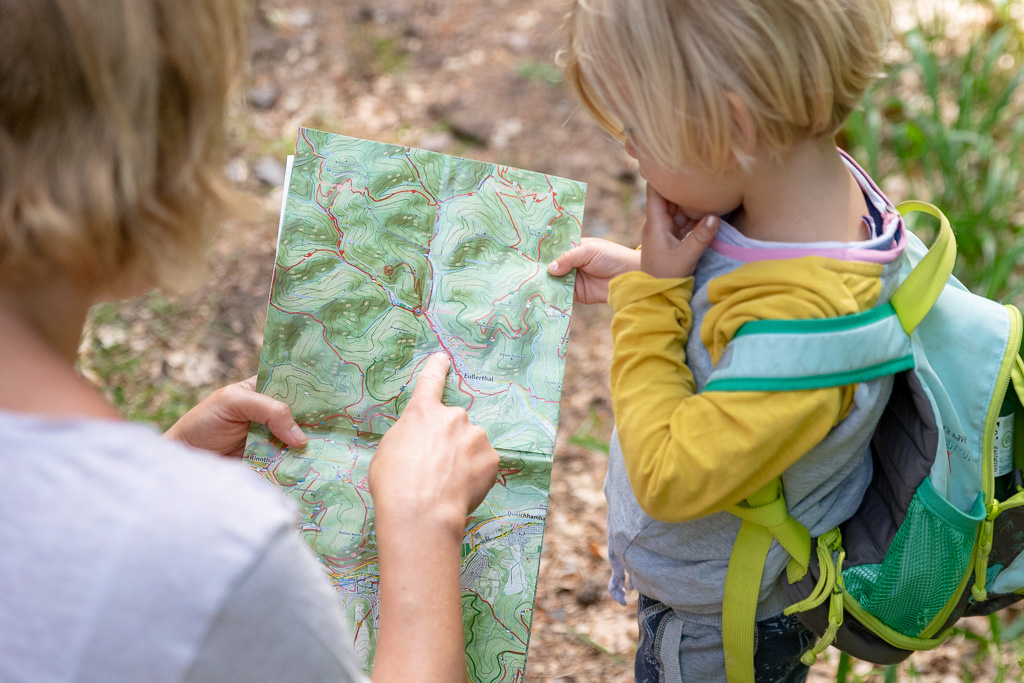 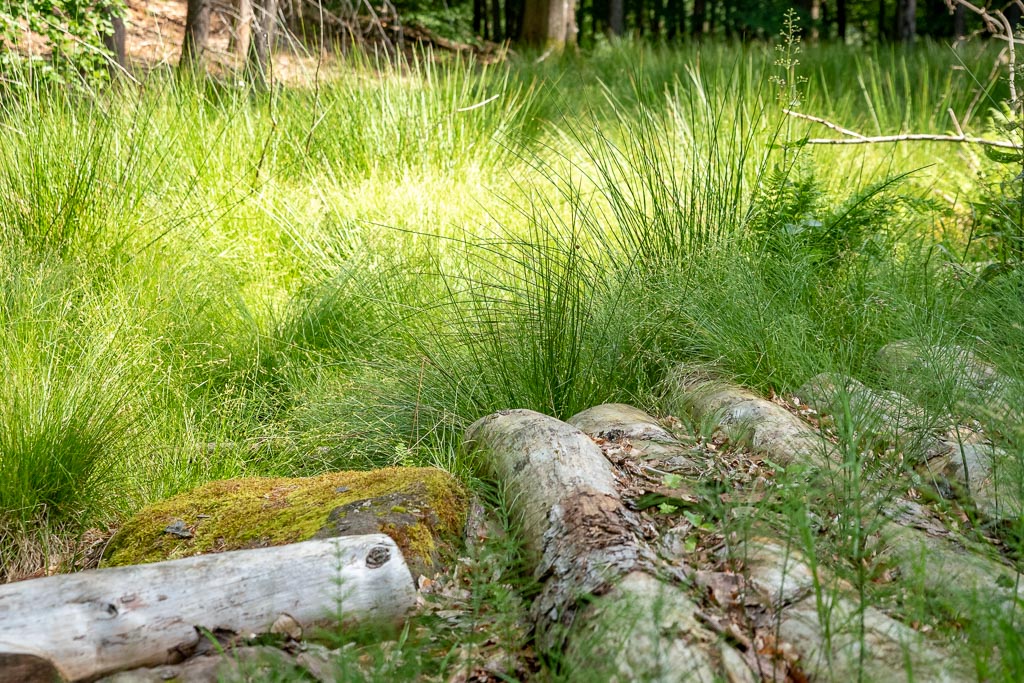 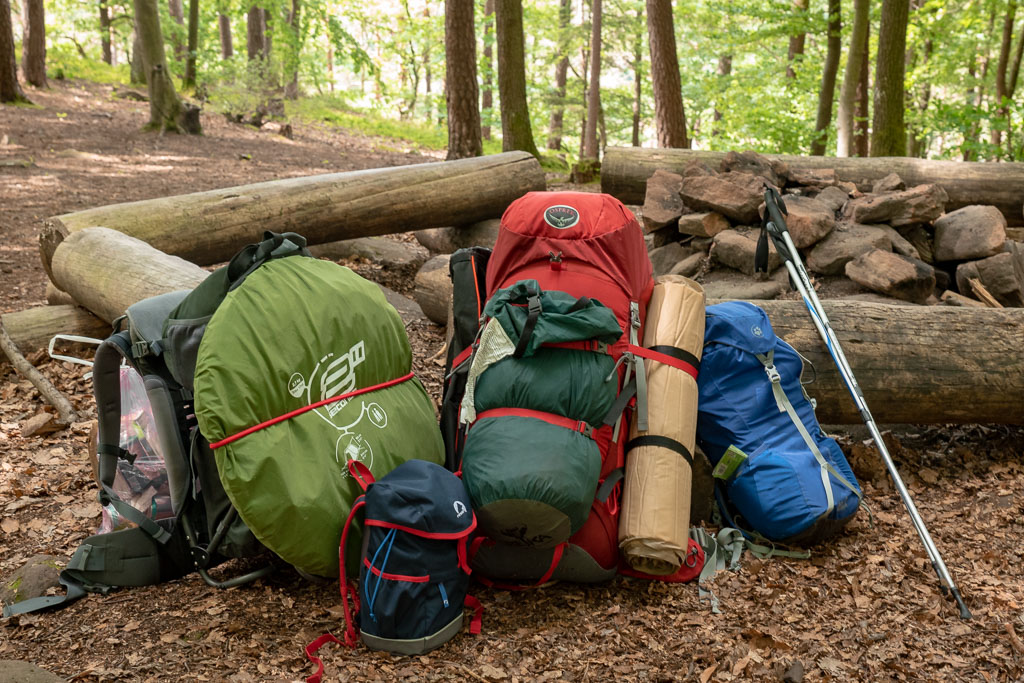 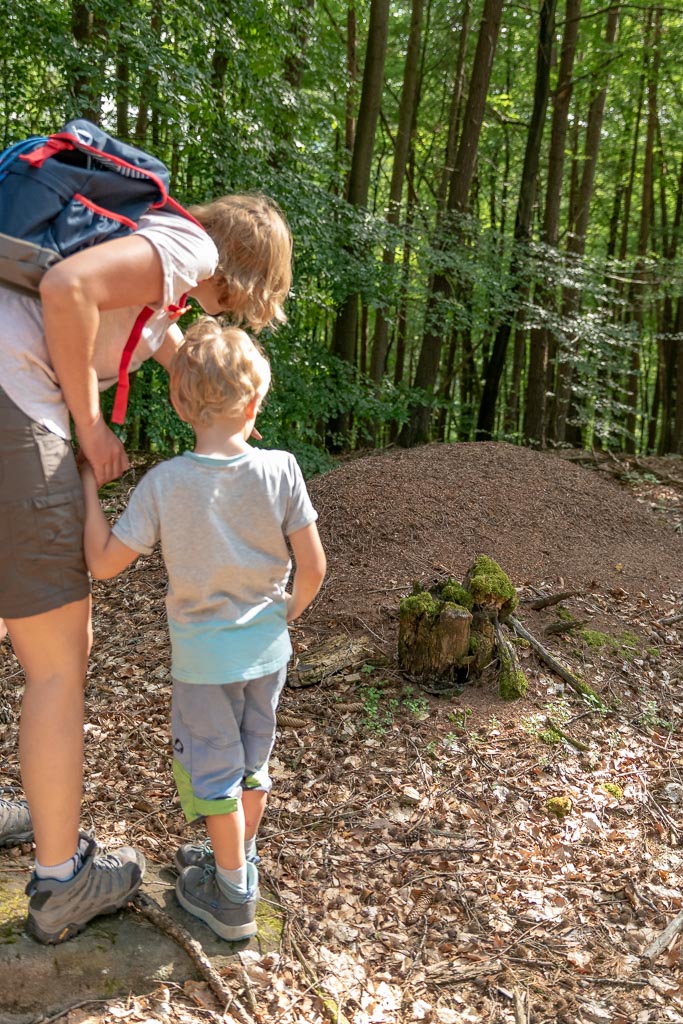 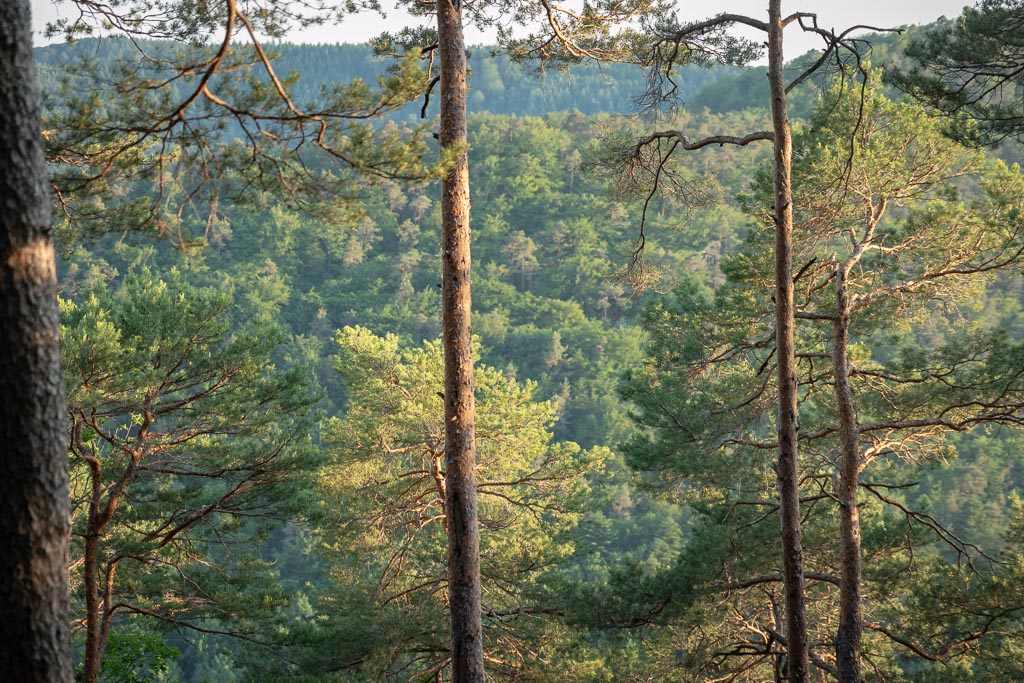 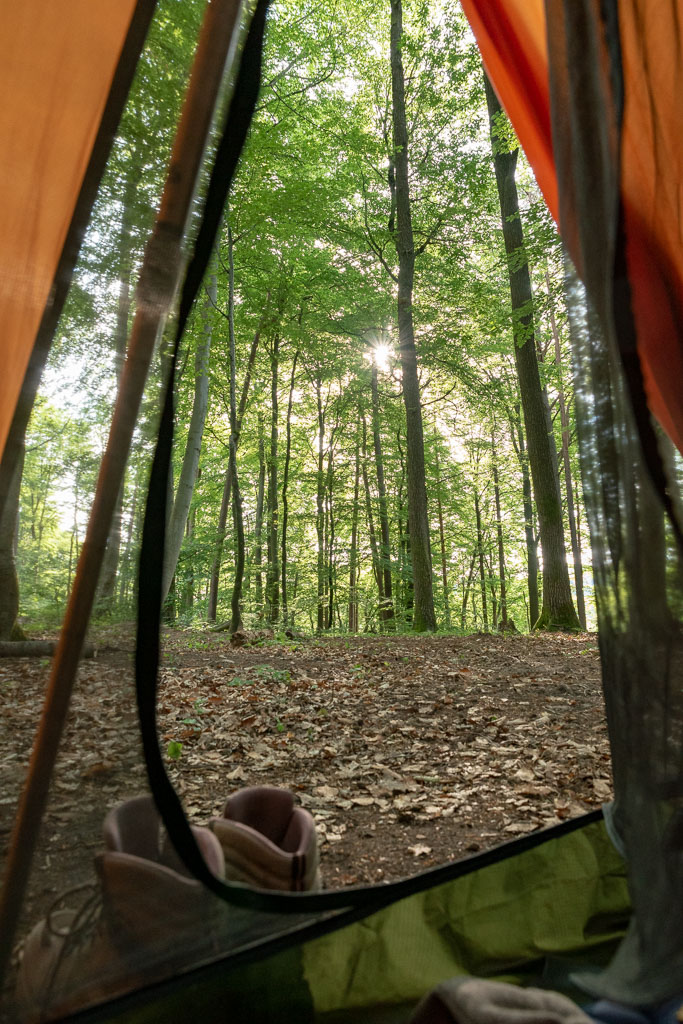 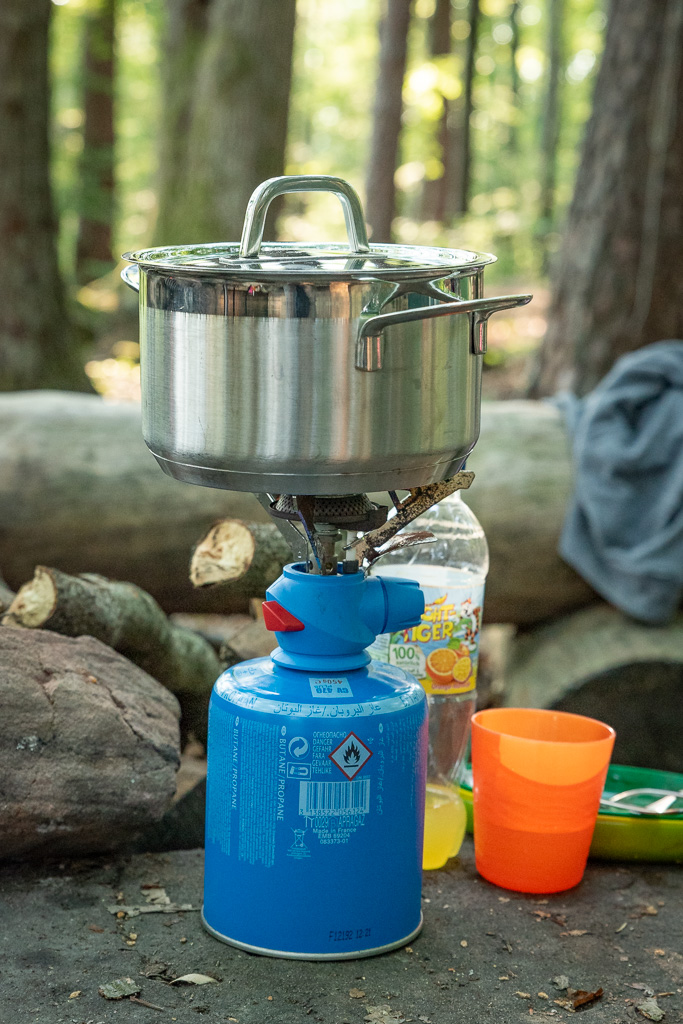 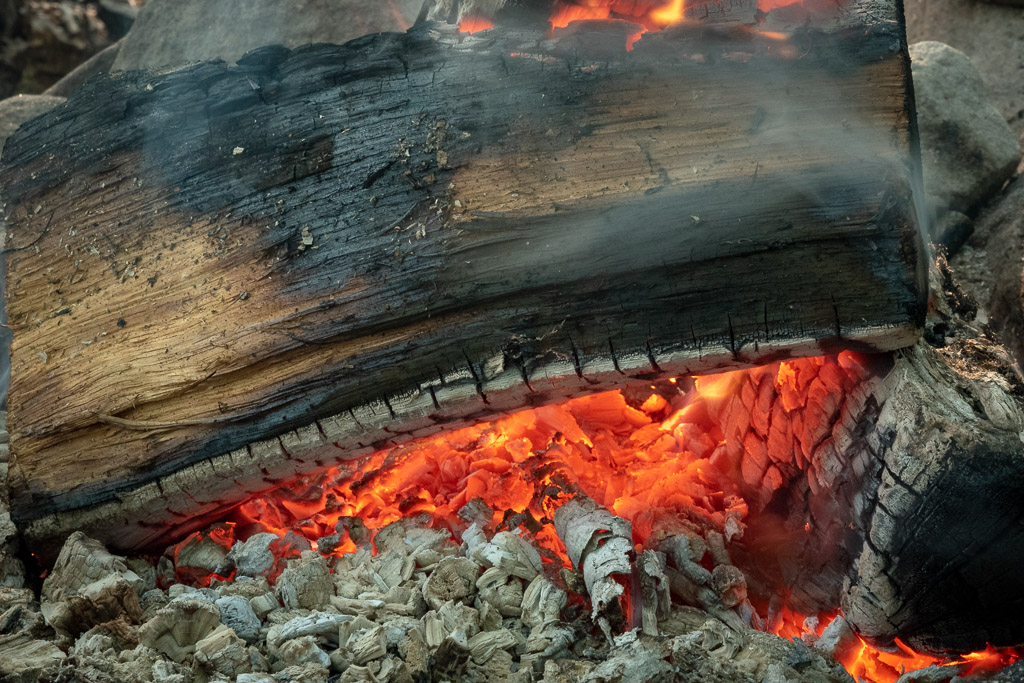 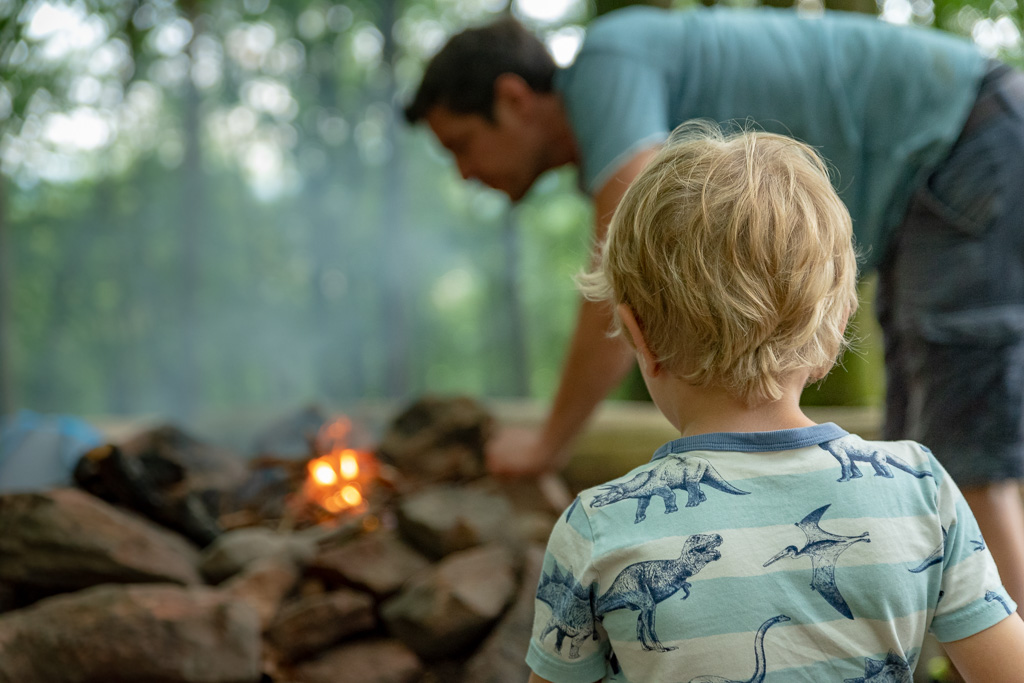 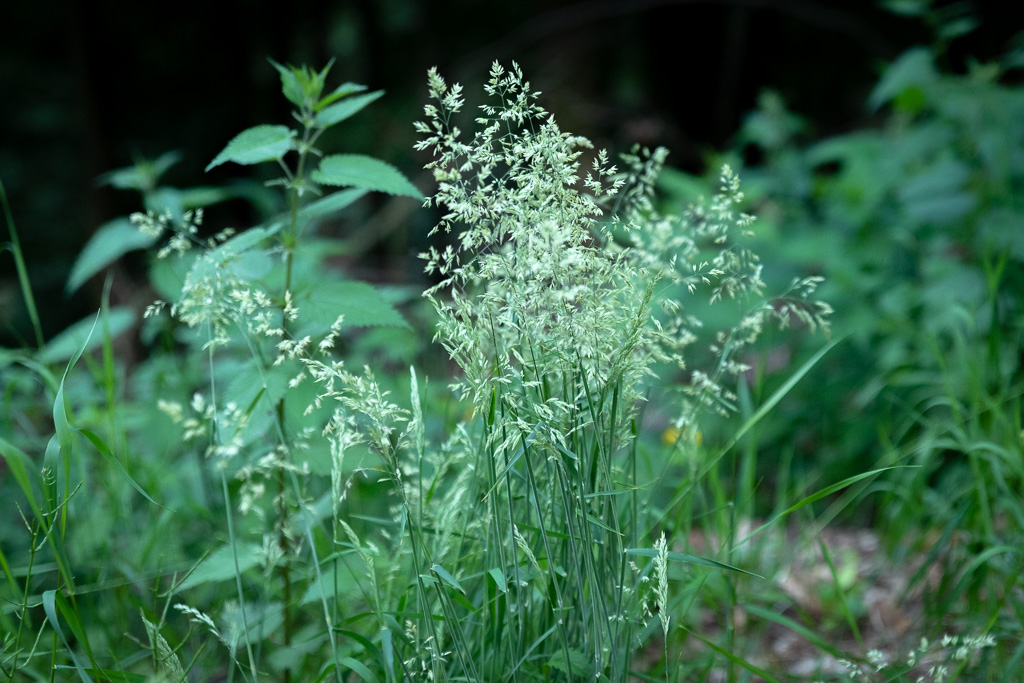 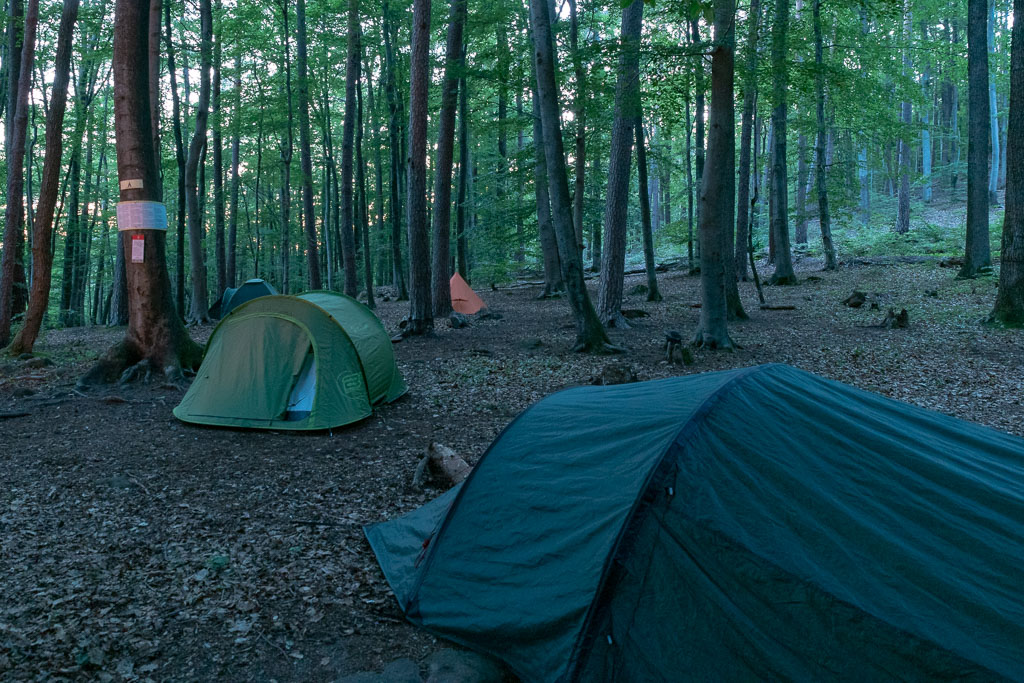 The man who wants to take the chestnut to the next level.