The Kurpfalz-Park near Wachenheim is either an exciting wild animal zoo or a relaxed adventure area. Depending on your point of view. Families with small children in particular are on the move between the Kurpfalz Coaster and the wolf enclosure. Peter Braun Jr. knows every path, every animal and every stone here.

Growing up in an amusement park sounds like a childhood dream. For Peter Braun Jr., however, it was simply everyday life. “I didn’t know it any other way, it was normal for me.” His father runs the Kurpfalz-Park near Wachenheim together with Andreas Teipelmann. After school, on weekends and during holidays: He was always here. “We rarely went on holiday as a family. It simply wasn’t possible in the middle of the high season. At most, we went away for a week in winter.” Of course, he also went on the summer toboggan run and spent time playing on the playgrounds. But his favourite places were the falconry and the puppeteers. He would then sit backstage and watch the plays from there, almost all of which he knew by heart. “I remember saying to my uncle at the time: when I grow up, I’m going to be a puppeteer.”

.But he went on to train as an office administrator—right in the park. “My parents always left open the opportunity for my sister and me to join here if we wanted to. And honestly—I don’t know what I’d rather do.” In a few years, when his father retires, he will take over the park. Despite long hours and despite the seven-day work week in the summer. “Sure, you have to want to do it. But the job is so varied—I could neither sit in the office all the time nor work outside all the time. Working in the park I have both and I always meet friendly people.”

A moment ago he was sitting at the till, which his mother Carmen now takes over, while his father disappears into a meeting. His sister Dominique, who does the administrative work, has her day off today—and spends it with her little daughter in the park. The park is a family business. Even the puppeteers have performed their plays for three successive generations. The puppeteers’ witch Sauerkraut is just as much a part of the park as the wild boar Wutzel, who greets the guests at the entrance. 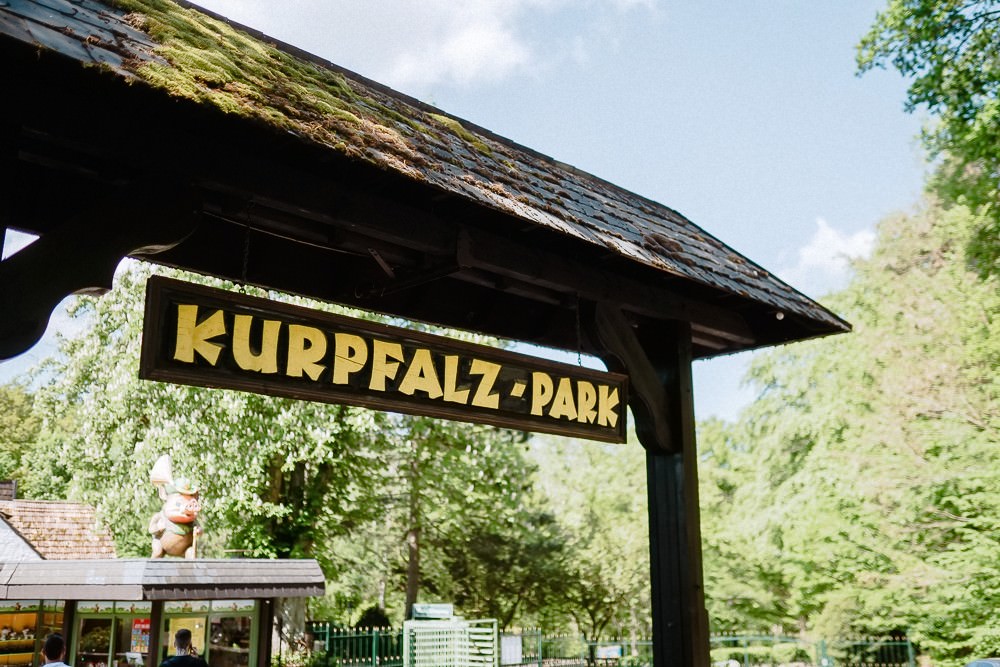 The Kurpfalz-Park is ideal for families with young children. 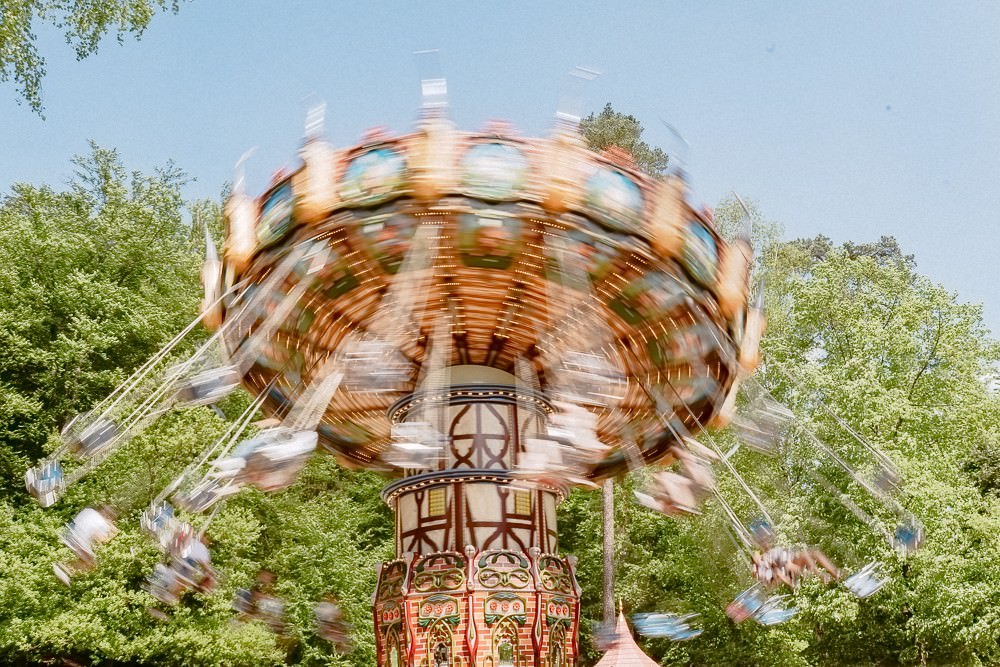 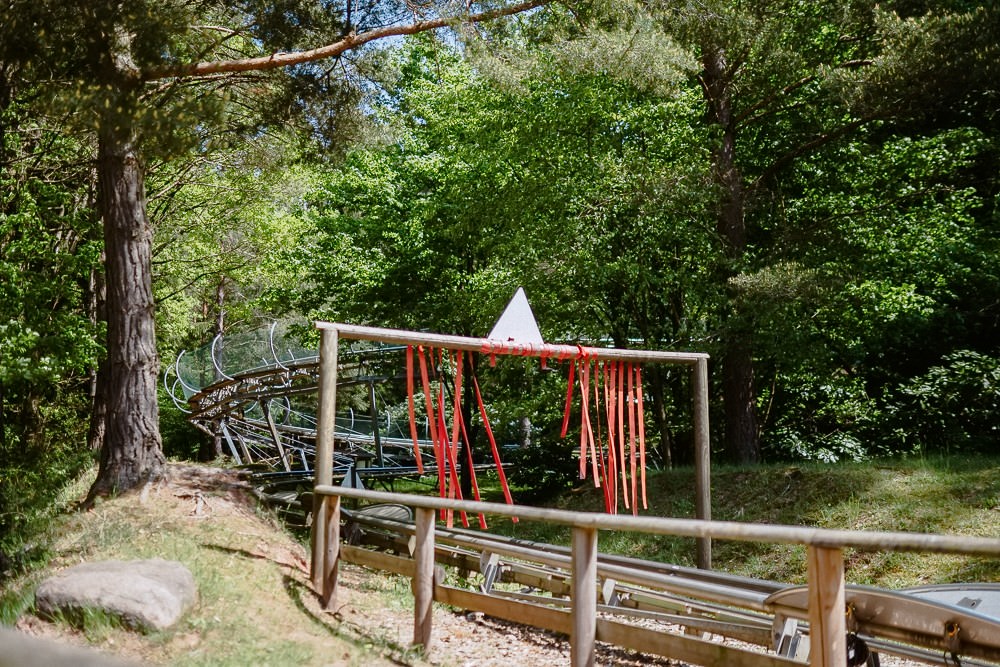 whiz through the Palatinate Forest on the rollercoaster. 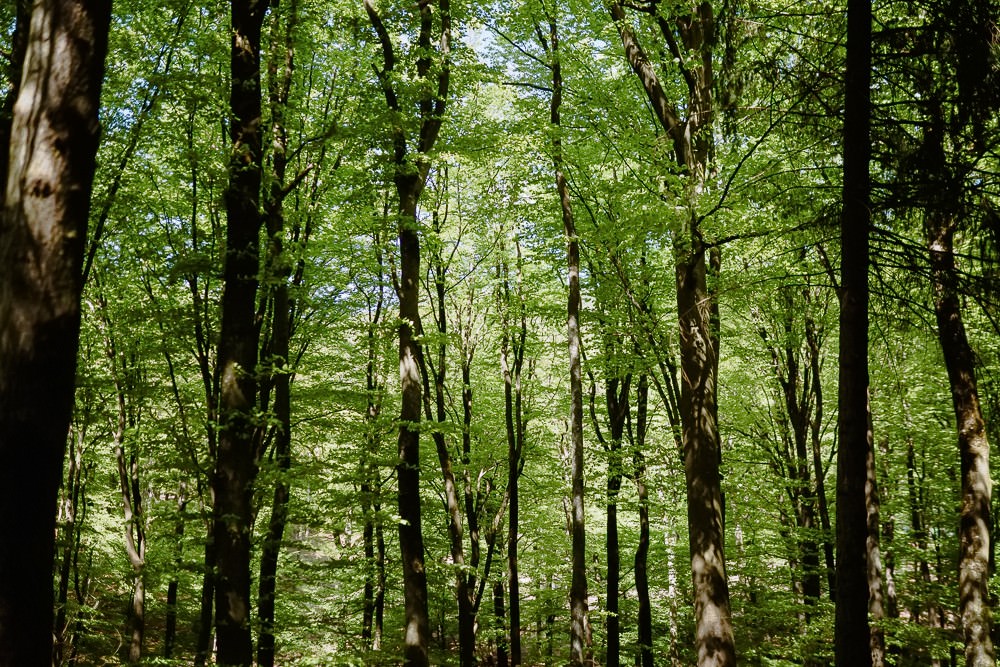 Or just take a breath... 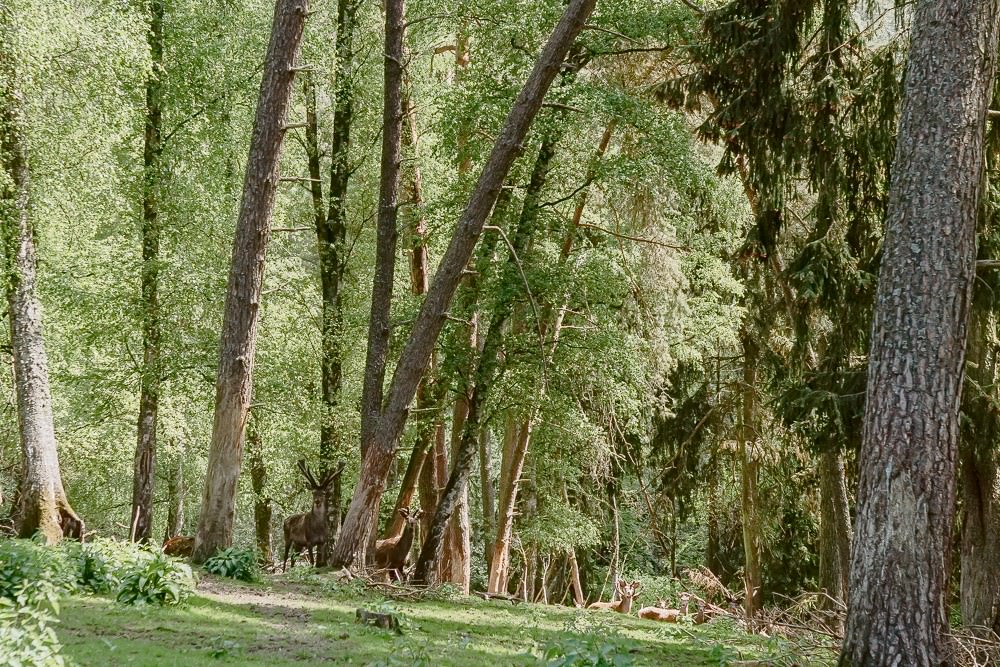 and, with a bit of luck, spot red deer. 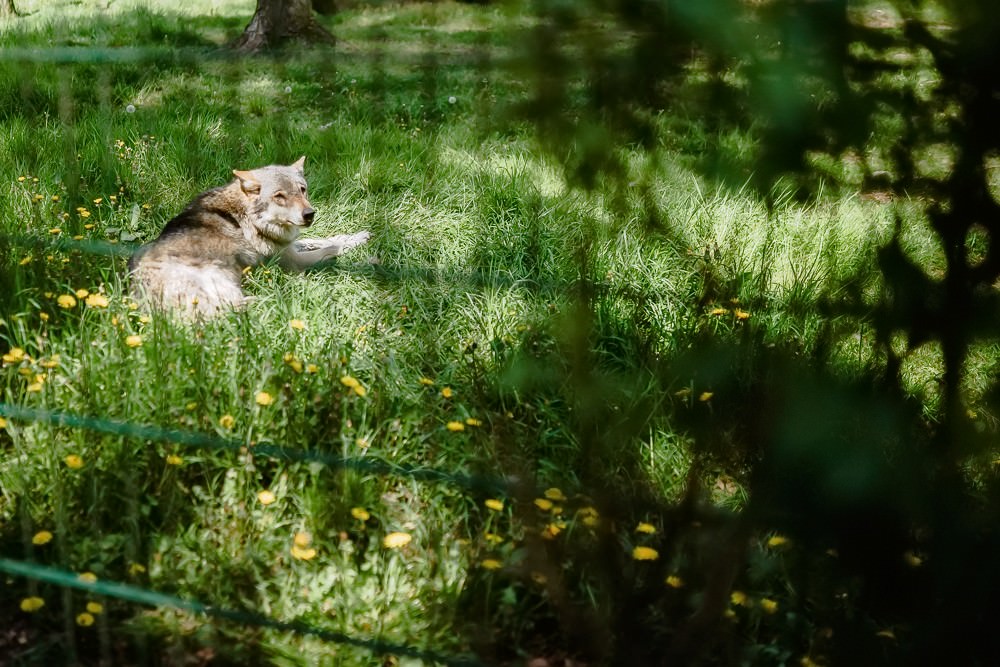 You can drop in on the wolf brothers Vucko and Sashok. 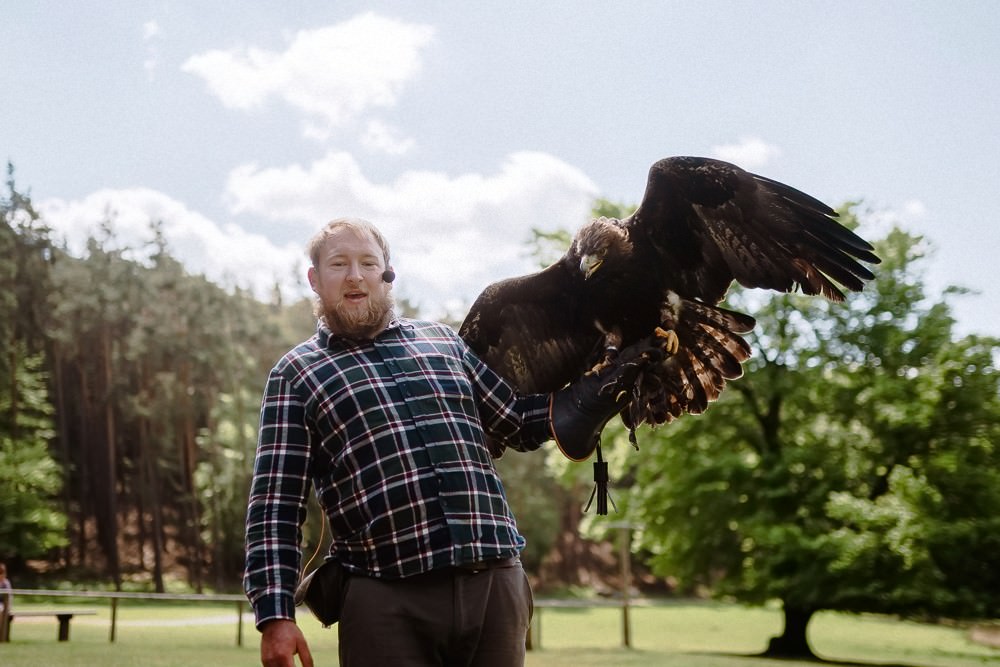 The falconers will teach you lots of interesting details… 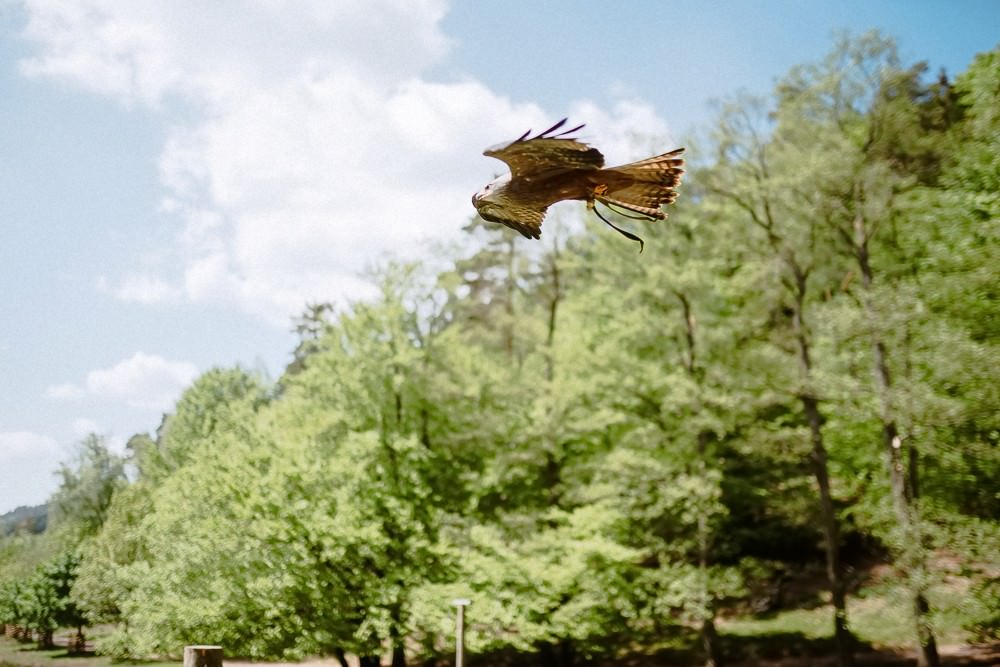 about fascinating birds of prey.

The grounds were opened in 1970, at that time still as a game conservation park. Bit by bit, playgrounds and fairground rides were added. The Schulte-Wrede operating group at the time leased more and more forestland from the town of Wachenheim. In 1989, Peter Braun Sr. took over the position of managing director. Rather by chance. He is a trained machine fitter and was looking for a job near his hometown of Lambrecht. He hadn’t had much to do with amusement parks before. But he quickly learned the ropes. Soon he could no longer imagine his life without the park, the animals and especially the people there. When the operating group had to file for bankruptcy in 2005, he put all his eggs in one basket and took over the park together with Andreas Teipelmann.

We have only rides that work for the whole family

The park was getting on in years, many things had been neglected due to the bankruptcy. The new owners invested a lot and got the park back into good lick. “It took a while until the visitors came back,” says Peter Braun Jr. “A reputation can be ruined much faster than it can be restored.” But their business partners believed in the concept. They believed that the niche between amusement park and wildlife park would work—also, or especially in today’s fast-moving times. And the park’s charm was to be preserved. They renewed things where necessary, but always with great care. Many details are still reminiscent of the 1970s and the new merry-go-ground named Piratenflug revels in nostalgia, as does Hollino the Clown, who drives through the park between his shows with indestructible good humour in a little vintage car.

Peter Braun Jr. doesn’t want to change anything either. “This charm makes our park special. There won’t be any spectacular rollercoasters here in the future, but only rides that work for the whole family.” And there are hardly any attractions that visitors only passively sit in. Whether it’s the swan pedal boats or the Kurpfalz Coaster: Most of the time they have to do something themselves. The biggest investment was also not one of the big rides, but the Piratennest. It is a huge, multi-storey adventure playground—designed for this specific place. For hours, children can play here on their own and delve into their own pirate story. “Parents can let their children run around freely here. This usually doesn’t work so well in other amusement parks.”

The summer toboggan run named Rotsteigflitzer has had modern competition in the form of the Kurpfalz Coaster, but no one here is thinking of dismantling it. “It’s part of the park. The visitors still enjoy riding it as much today as they did in the past.” For the same reason, the slide paradise is still being kept in good shape. “I really don’t think that children will ever lose interest in sliding,” says Peter Braun Jr.

Families with young children—that’s the main target group. “Many come here as children, then perhaps prefer to go to the big adventure parks as teenagers, but then come back as soon as they have children of their own,” says Peter Braun Jr. Because it’s much more relaxed here than in other amusement parks and you can always treat yourself to some time out in the Palatinate Forest.

The grounds cover 70 hectares. If you do the big loop, you’ll walk more than four kilometres. Heading north, the path leads to the valley of fallow deer and birds of prey. And at the daily flight show, visitors learn more about vultures, falcons or owls. Heading west, the path leads past the wolf enclosure. Here, the brothers Vucko and Sashok enjoy retirement. “They are now eleven years old, so we don’t do public feedings anymore,” Peter Braun Jr. tells us. “The two are allowed to take it easy.” They are very tame because they were raised by humans. “That’s nice for the visitors, of course, because they actually get to see our wolves all the time.” However, with the ibex, red deer and fallow deer, it can be quite difficult to spot them in their spacious enclosures. “But it matters to us that the animals are kept in a near-natural way.”

.In spring 2022, sika deer will be added to the area. They will move into an enclosure through which the small Mußbach brook ripples. “They would actually have been here long ago, but snowfall at the beginning of April caused a lot of damage here,” says Peter Braun Jr. Numerous trees collapsed under the weight of the snow masses, and some were even uprooted. They had to abandon the maze. A new ride will soon take its place. What it will be is not yet revealed. Only one thing is certain: It will definitely be suitable for families.

The park is open most days from April. From September onwards, it is only open at weekends and during the holidays. The wintertime is used for maintenance work and to install new attractions, so the park is closed then. 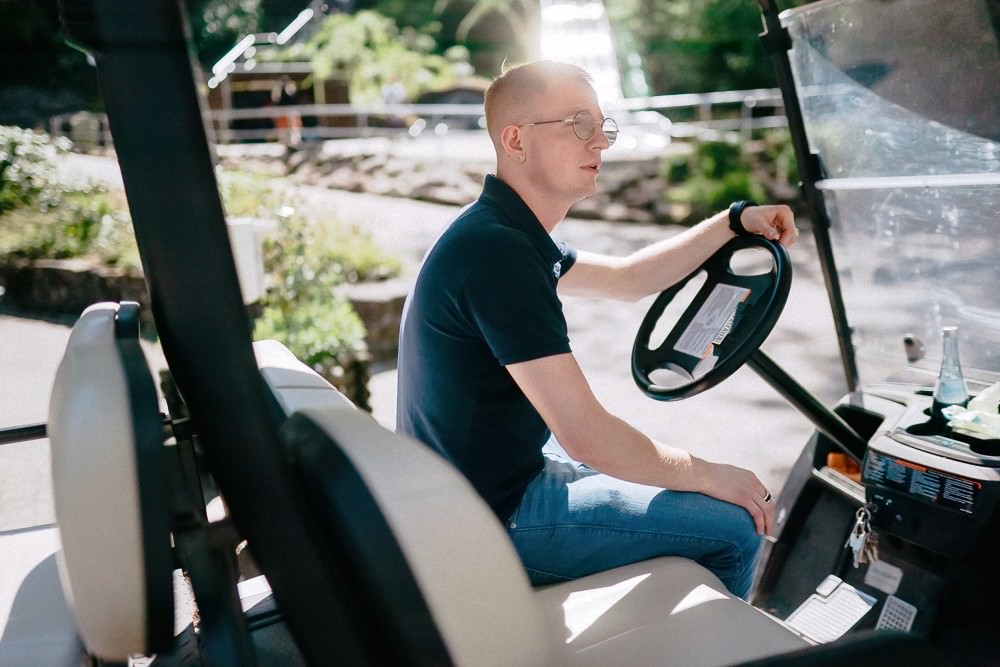 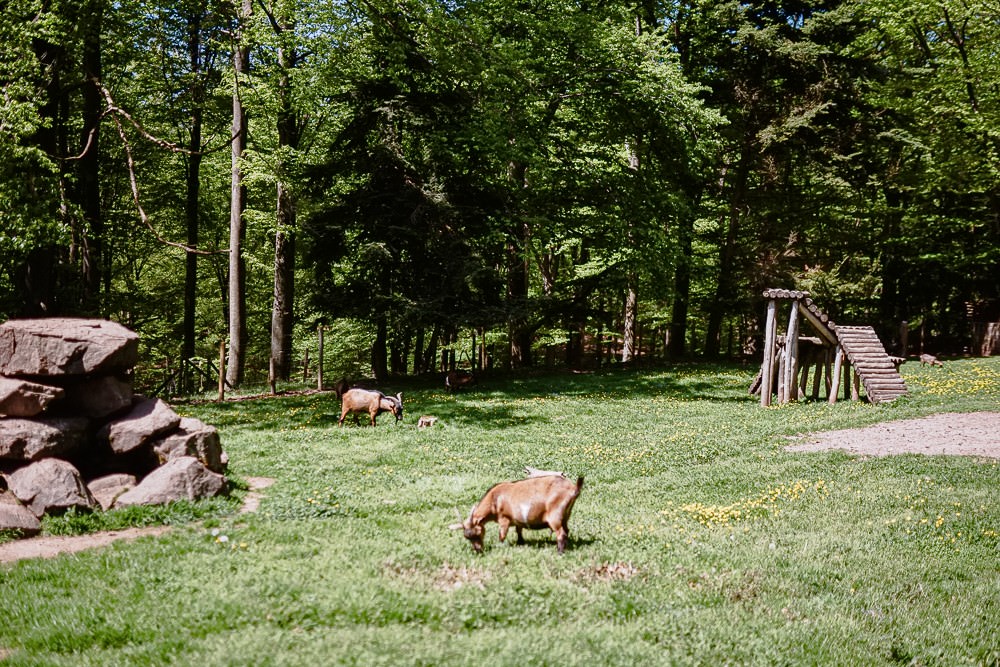 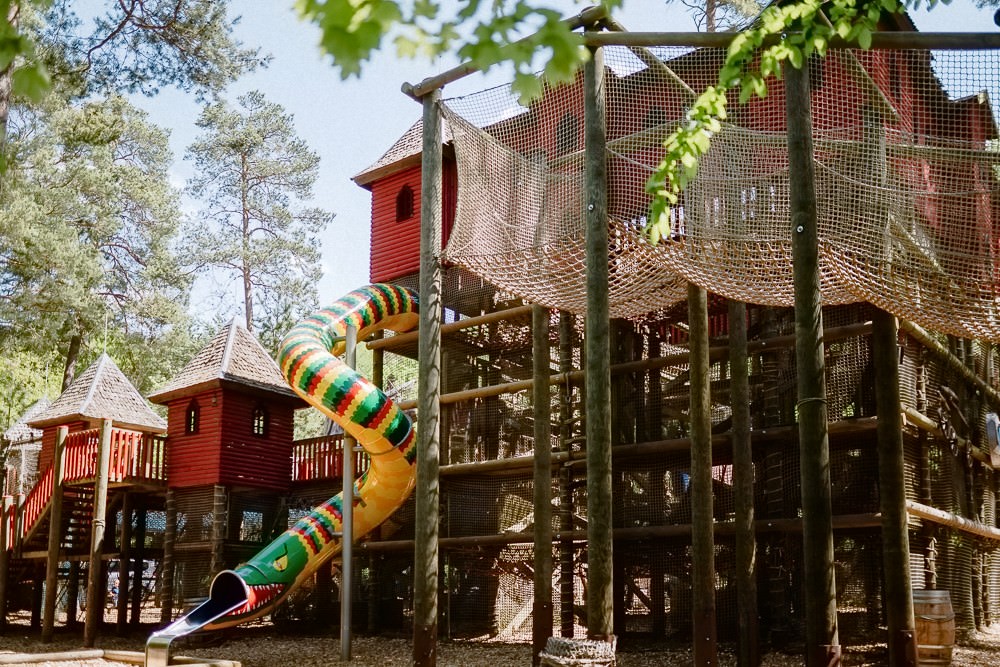 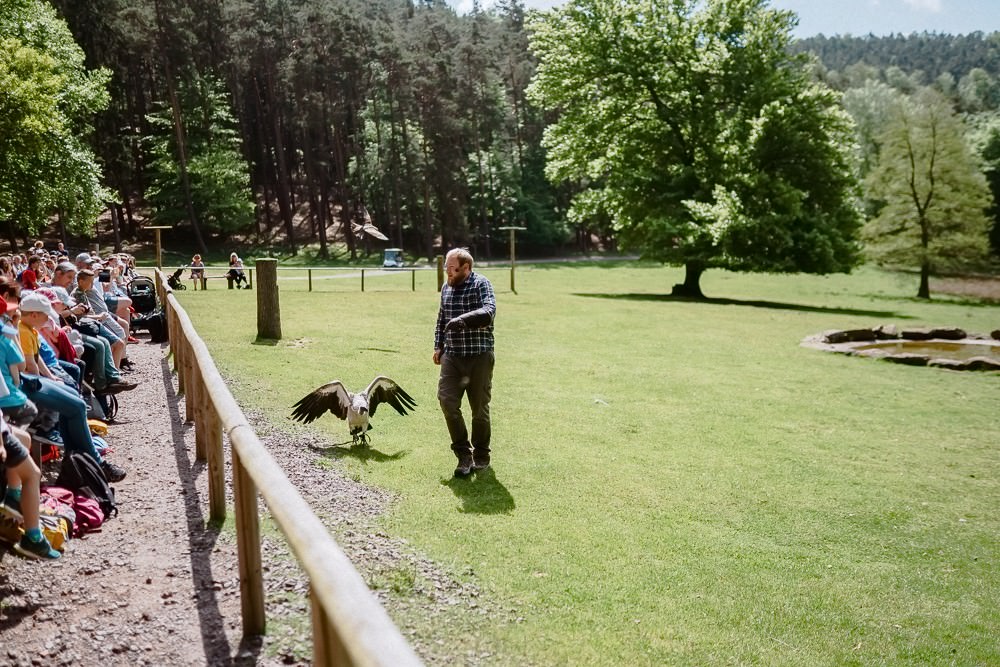 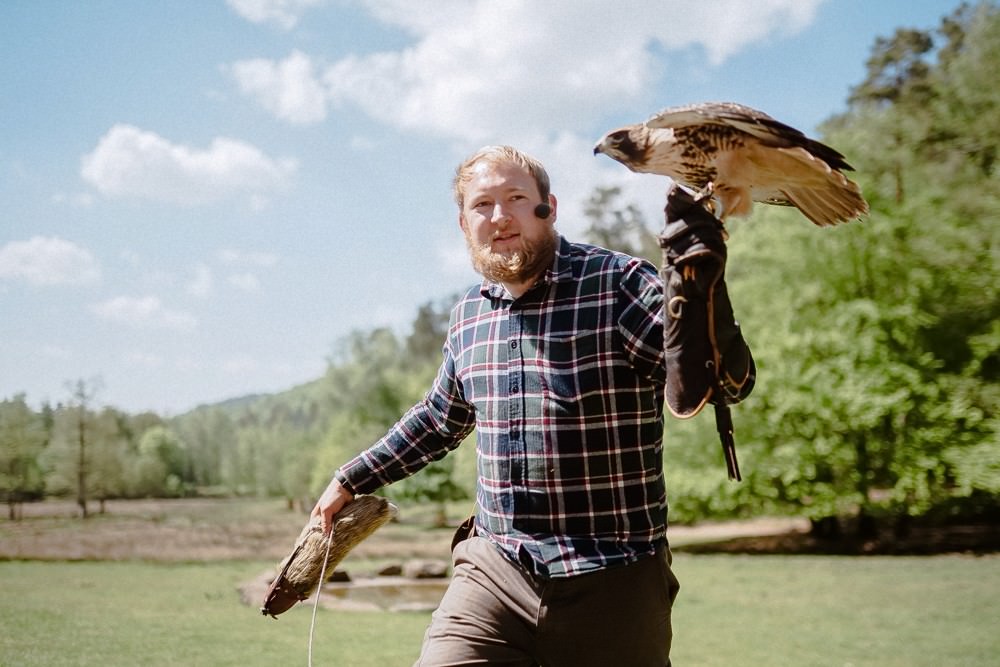 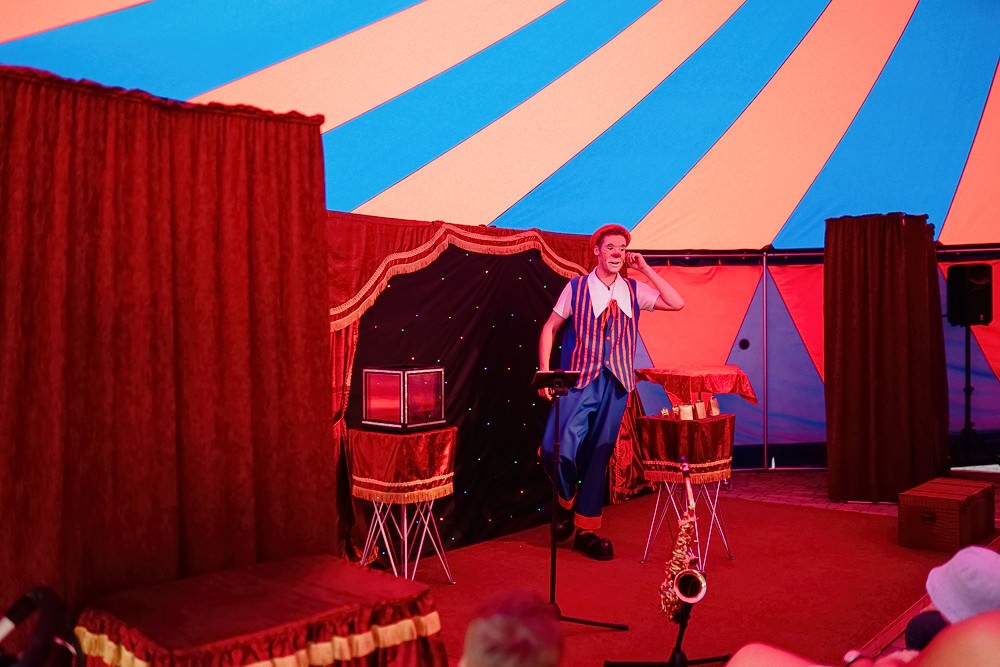 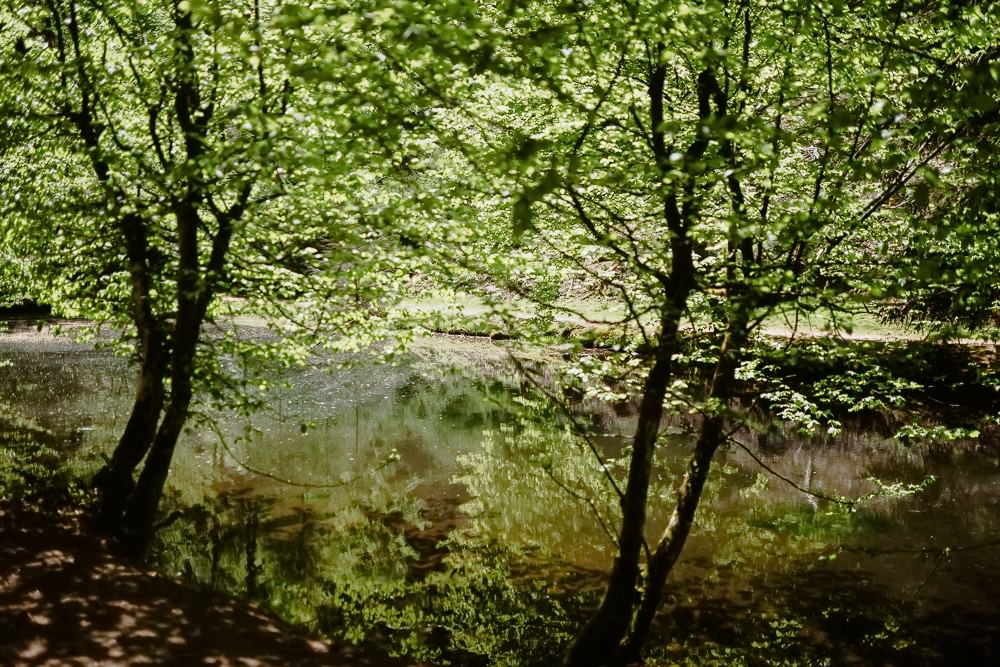 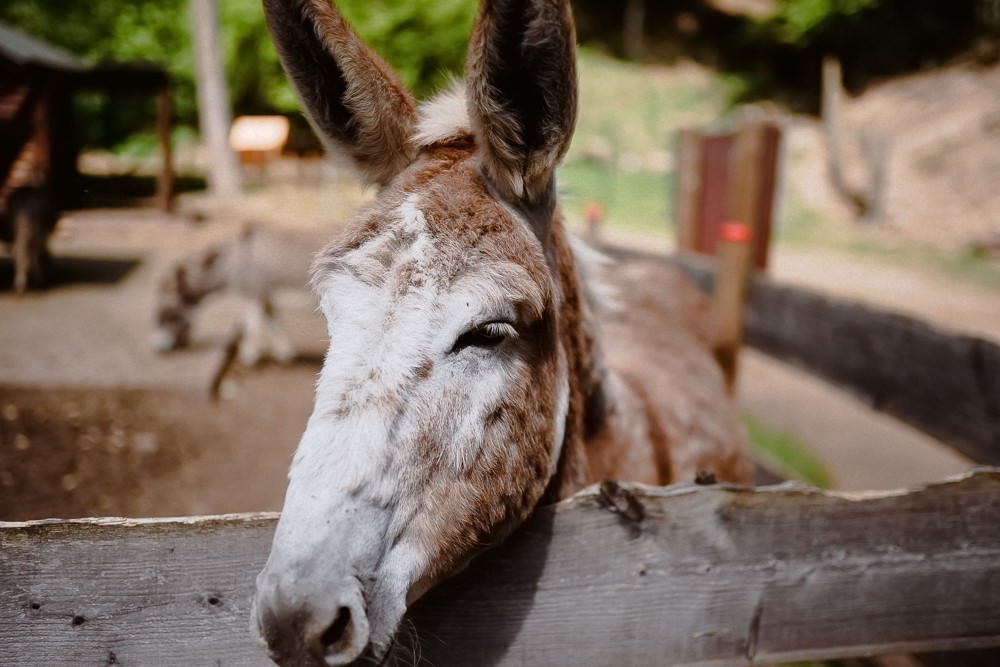