The Roman fort appears peaceful in the rays of the morning sun. The view from the watchtower opens up across the Kirnautal river valley and the surrounding hills. Forest treetops sway lazily in a gentle breeze—when suddenly war cries break the peace and quiet: the Alamanni are attacking! They attack the few remaining Roman units still protecting the border fortifications of the collapsing Roman Empire here in the 3rdcentury AD. The latter are overrun by hordes, marking the end of the long and splendid story of this outstation of Rome—right in the middle of the Odenwald.

“We stage history as vividly as possible for the visitors of our Romans’ museum,” says Dr. Jörg Scheuerbrandt, who is the museum director and commissioner for museums in the Neckar-Odenwald-Kreis district. He glances through an ‘archaeoscope,’ a telescope that makes the historical scene tangible in a digital way. 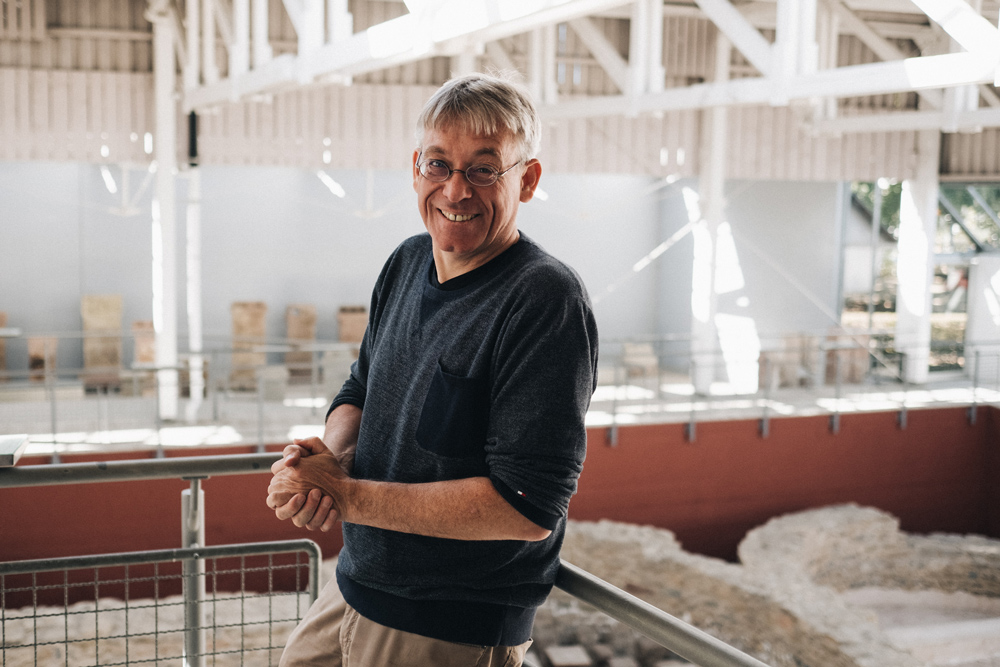 Dr. Jörg Scheuerbrandt: museum director and commissioner for museums in the Neckar-Odenwald-Kreis district.

A true-to-scale reproduction of the tower is a highlight of the museum and it is accessible to visitors, visibly located on elevated ground about a kilometre south of the town. The replica shows the state of construction of the Limes border fortification in the 3rdcentury AD and allows for an exciting walk into the past. The watchtower and a part of the wall are the impressive embodiment of the last extension stage of the Limes—at almost 1800 years ago. 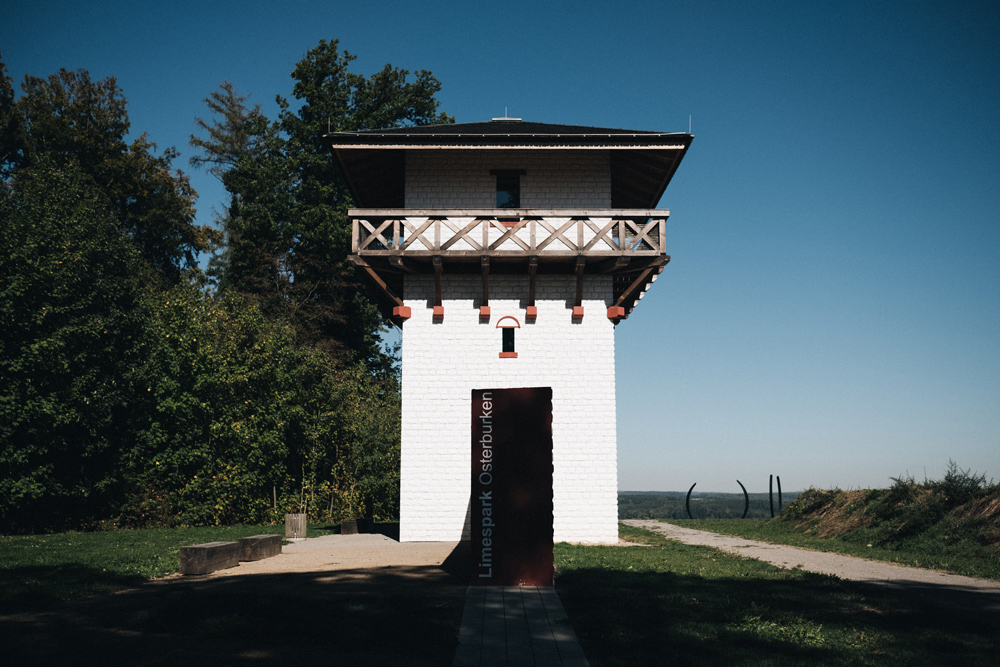 What today is the Neckar-Odenwald-Kreis district used to be an area in which the Romans tried to reinforce power along the Limes. The fort in Osterburken was a Roman military camp responsible for surveillance along the “Vorderer Limes” part of the Upper Germanic-Rhaetian Limes. Today, the fortification is a UNESCO World Heritage site and together with the Romans’ museum it embodies a unique historic ensemble. 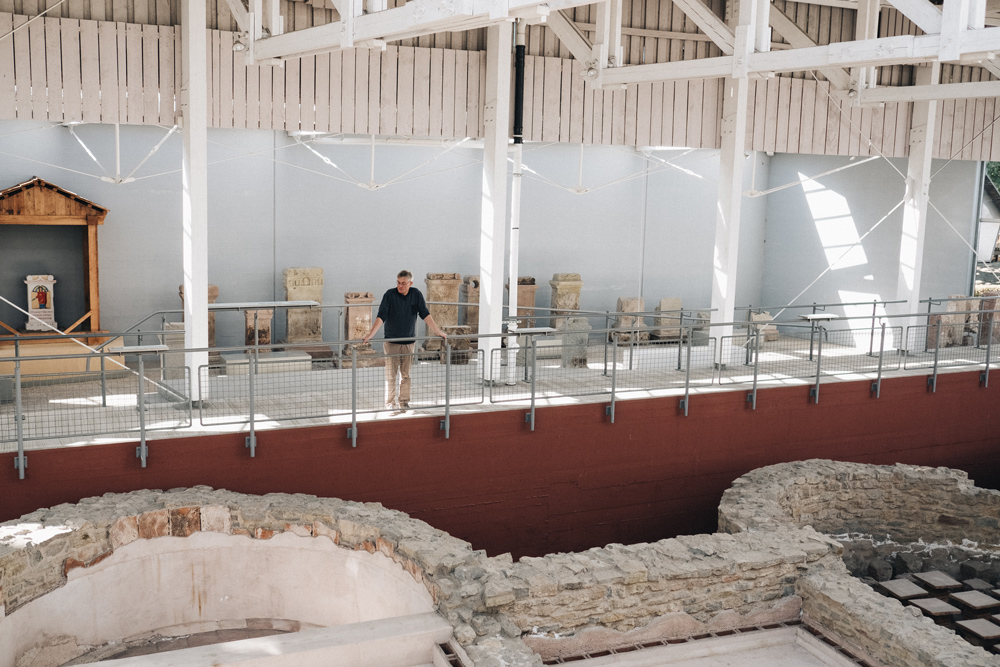 Apart from the fort, which became a double fort through an extension attached later on, some of the precisely dated buildings and valuable finds have become famous beyond the region. “If you carry out excavations around here, you inevitably discover remains from the Roman era,” Jörg explains. This makes Osterburken one of the most important archaeological sites along this segment of the Limes. “Osterburken is a real Roman replication,” says the director, who welcomes over 16,000 visitors per year in the museum that opened in 2006. “We want to make Roman history tangible for people of every age here,” says the archaeologist. Was he enthusiastic about Latin at school? “Not at all,” he laughs “I used to hate Latin. But I have always been excited about Asterix and the Roman classical age—and I want to pass this excitement on to other people through the museum.” 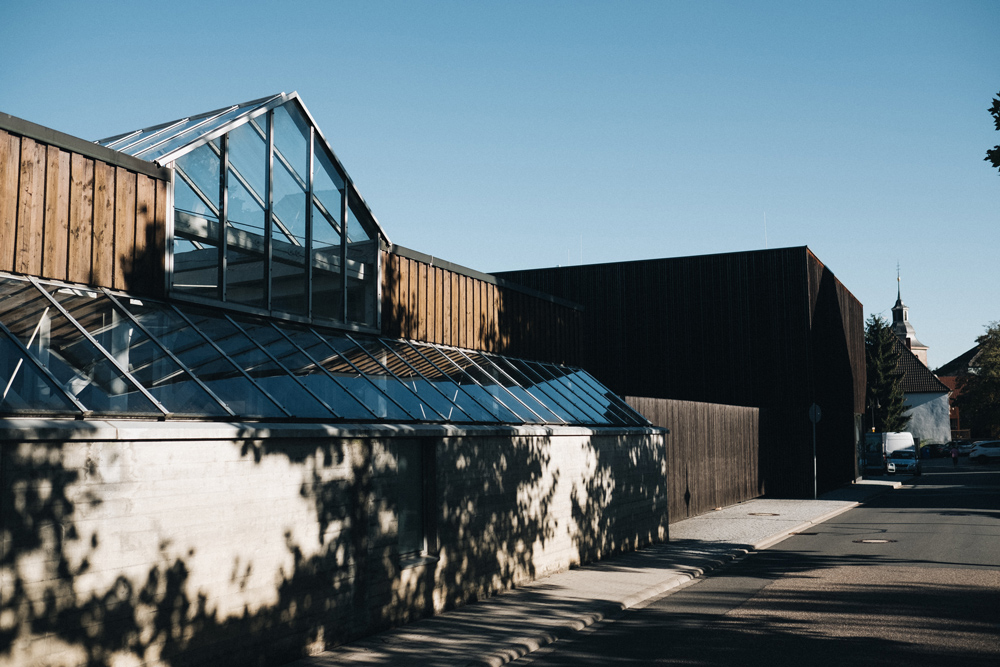 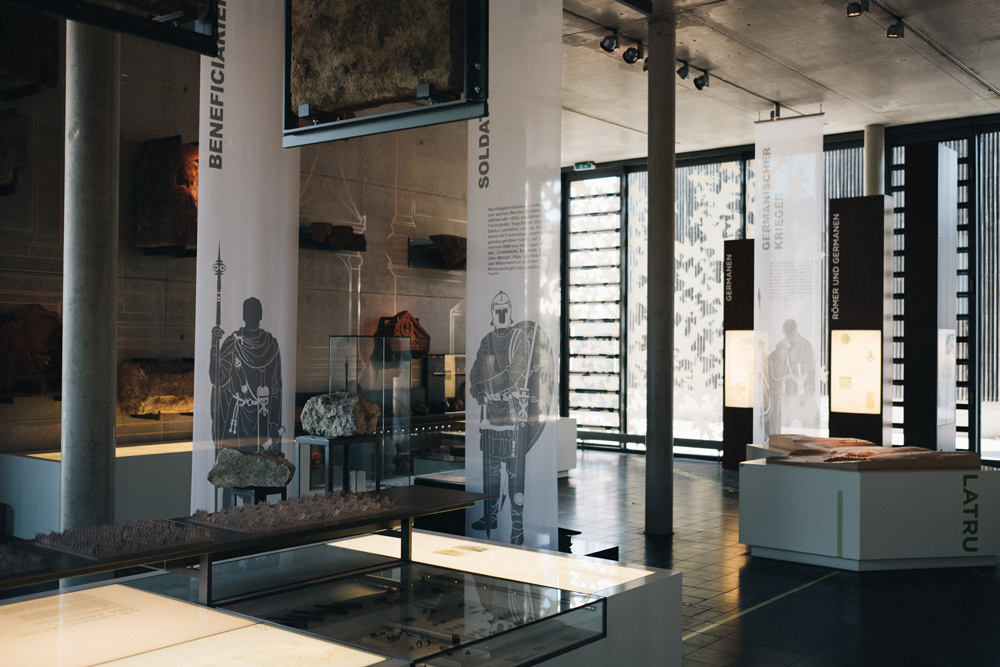 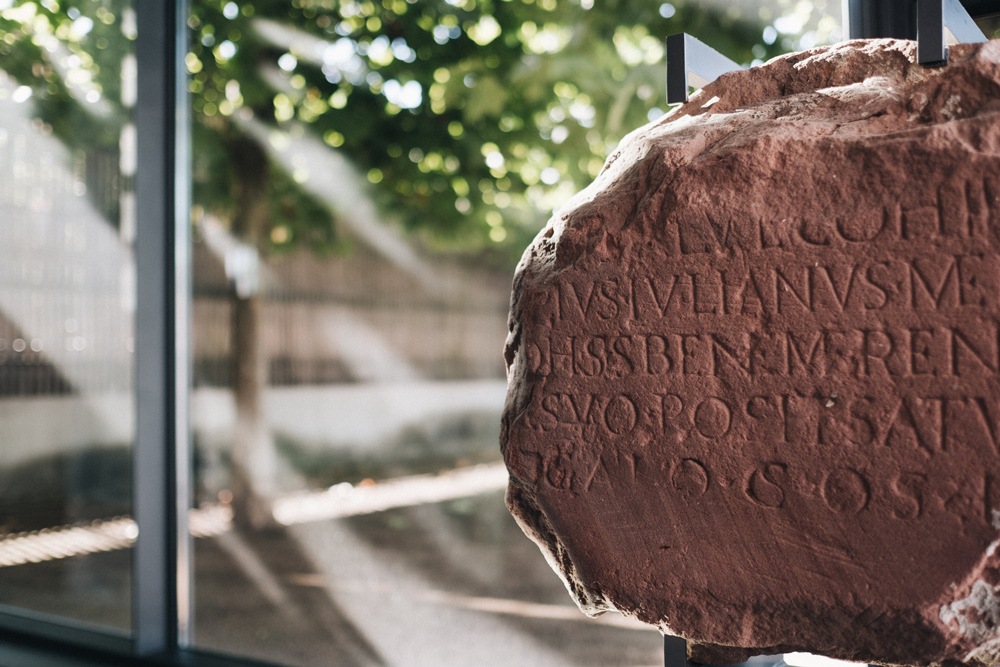 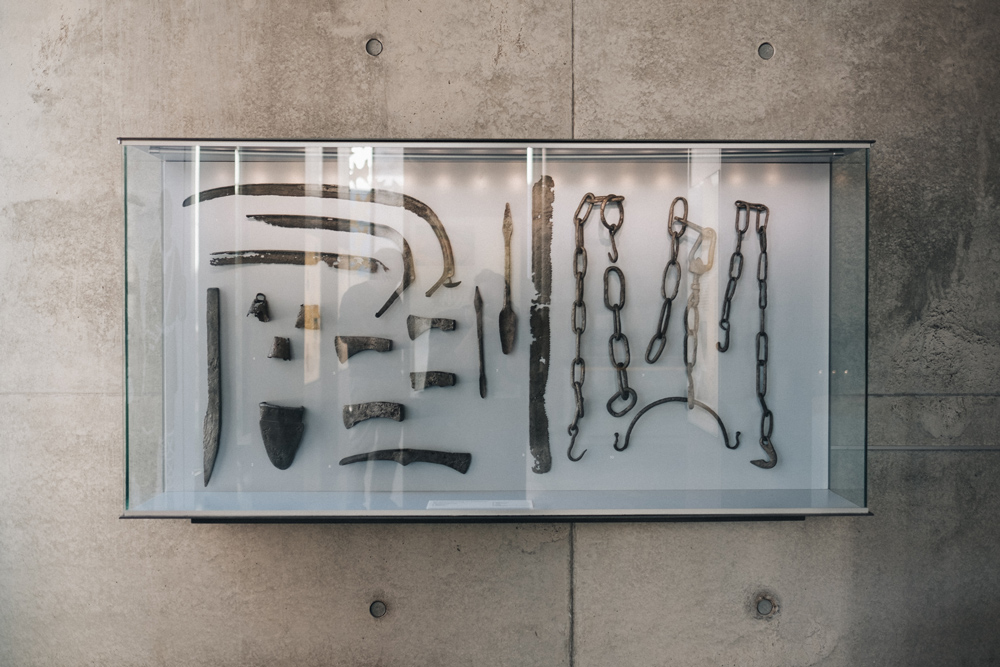 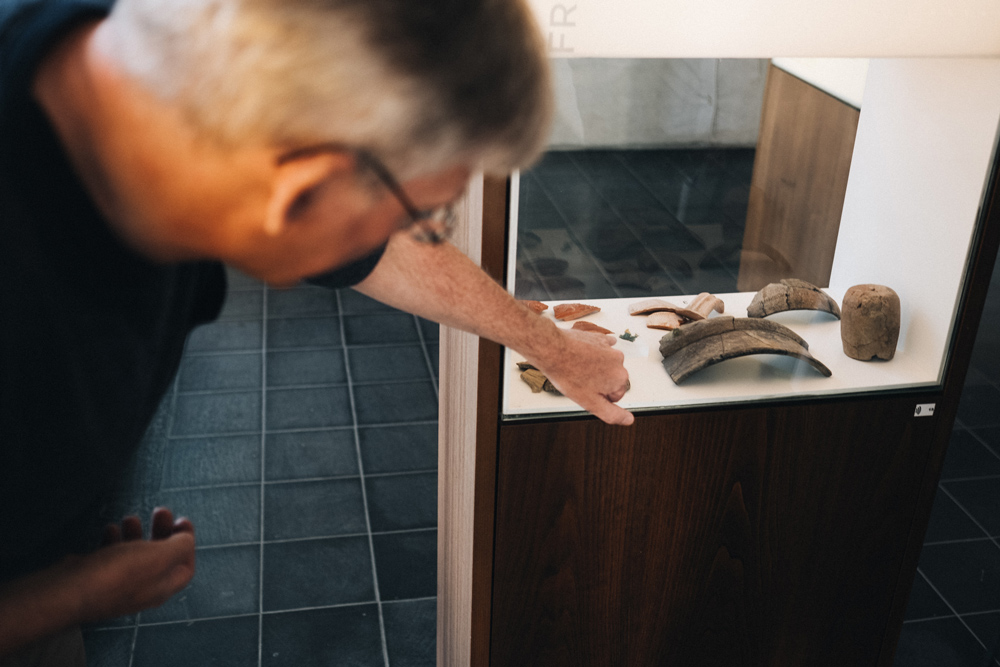 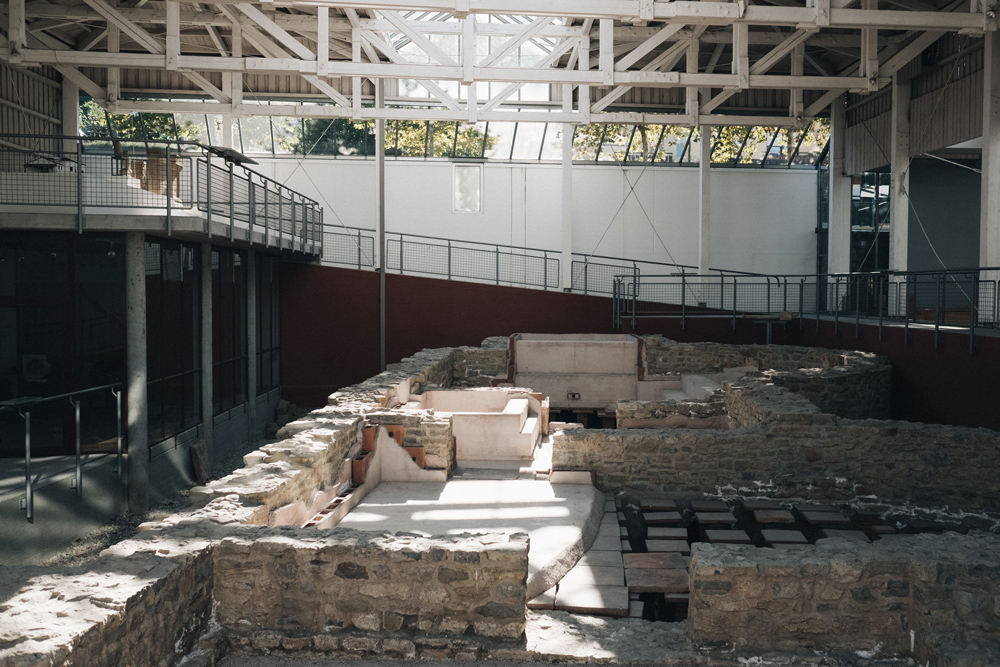 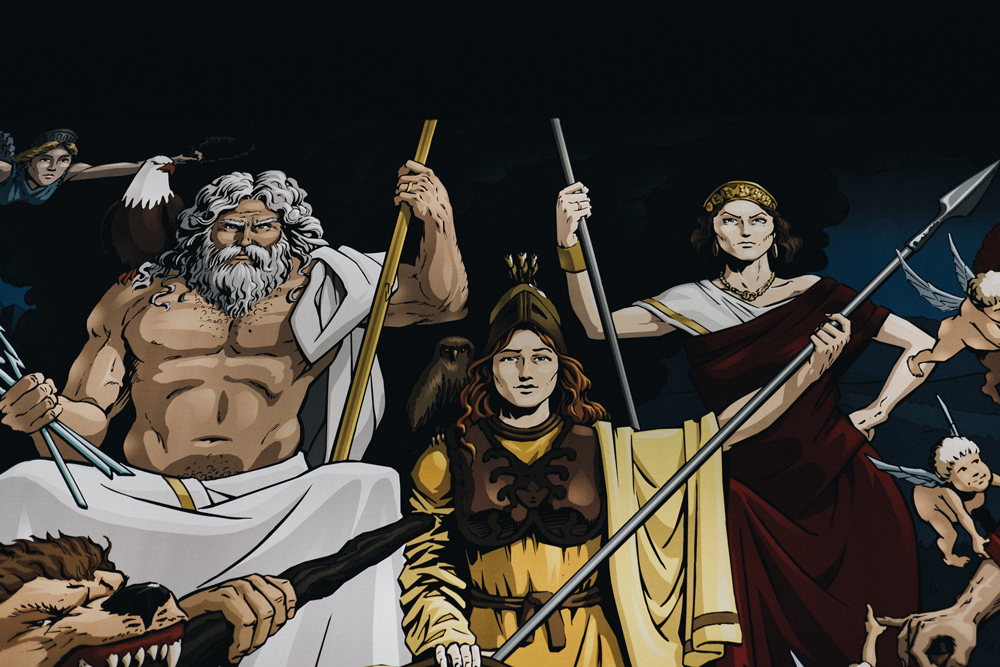 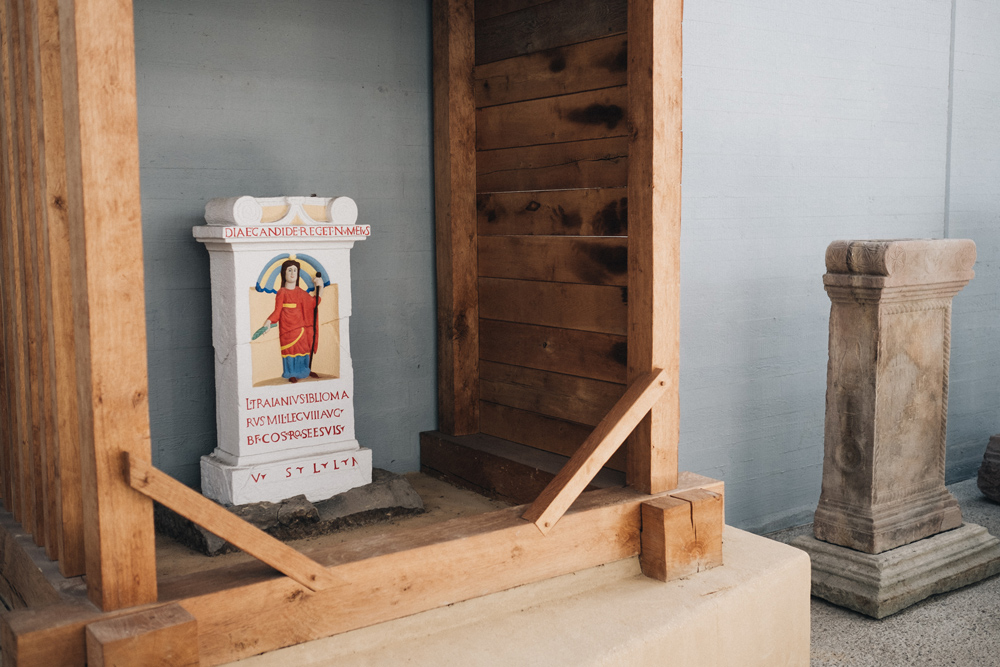 The archway sitting enthroned at the fort’s entrance is massive and eye-catching. The first room on the ground floor of the museum displays Roman stone monuments and artefacts as well as exhibits of Germanic origin. On the top floor, there is a permanent display on the religion of the Roman Empire and its fusion with native Celtic worship and Middle Eastern religions. “We had all items of Roman mythology painted onto the wall to show the religious cosmos of the Roman Empire,” says Jörg. The exhibition’s showpiece is a Mithras relief, making Osterburken famous in expert circles and beyond. Many Romans worshipped this deity—a mythological personification of the sun.

“People can become aware of their history here.”

The third permanent exhibition ground is located in the old museum building, which is a protective building for the fort’s thermal baths discovered and excavated right there. The preserved wall structures in the excavation grounds are the floor plan of a complete Roman fort bath. “Here you learn the functioning of a Roman bathhouse—including the floor heating. And even the way people used to practise personal hygiene back then can be watched through the windows of a model.” 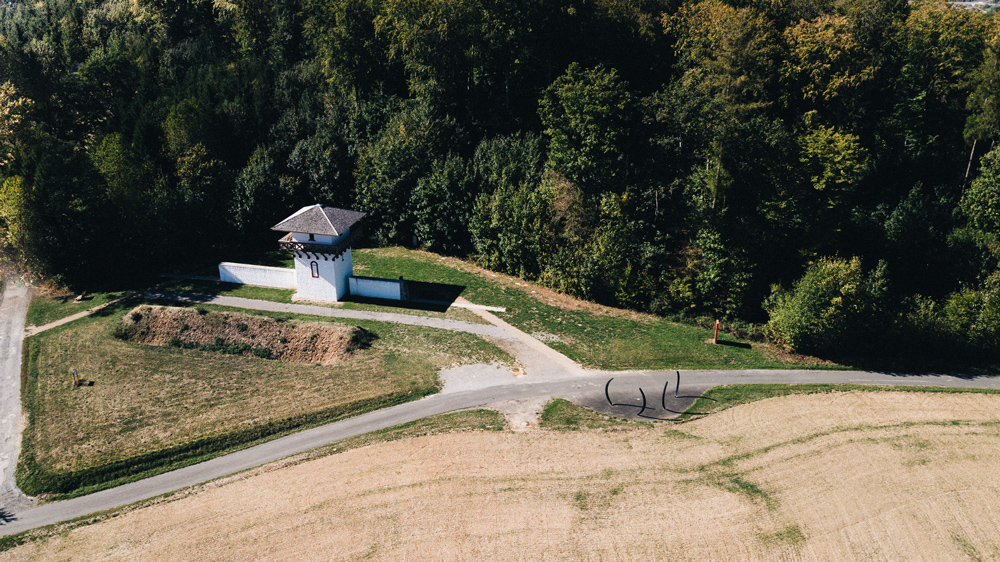 The Upper Germanic-Rhaetian Limes has been a cultural UNESCO World Heritage site since 2005. Extending over 550 kilometres, it is the largest archaeological monument in Europe. About 900 watchtowers and 120 big and small forts line up along it—one of the most impressive ones in Osterburken. “People can become aware of their history here,” Jörg promotes the museum, because the historic achievements of this early civilization got lost for the time being when the Alamanni became victorious. The place sunk into the darkness of the emerging Middle Ages when the Romans disappeared, until Emperor Charles IV granted Osterburken the market privilege at the Imperial Diet at Nuremberg on 9 January 1356—the same day that the Golden Bull was issued. But that is yet another story… 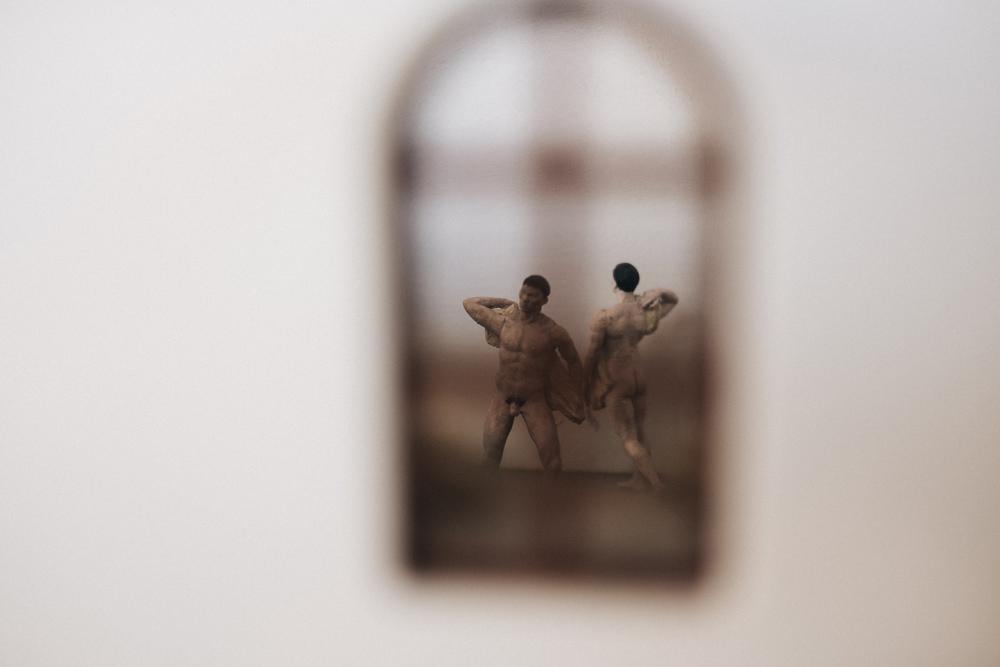 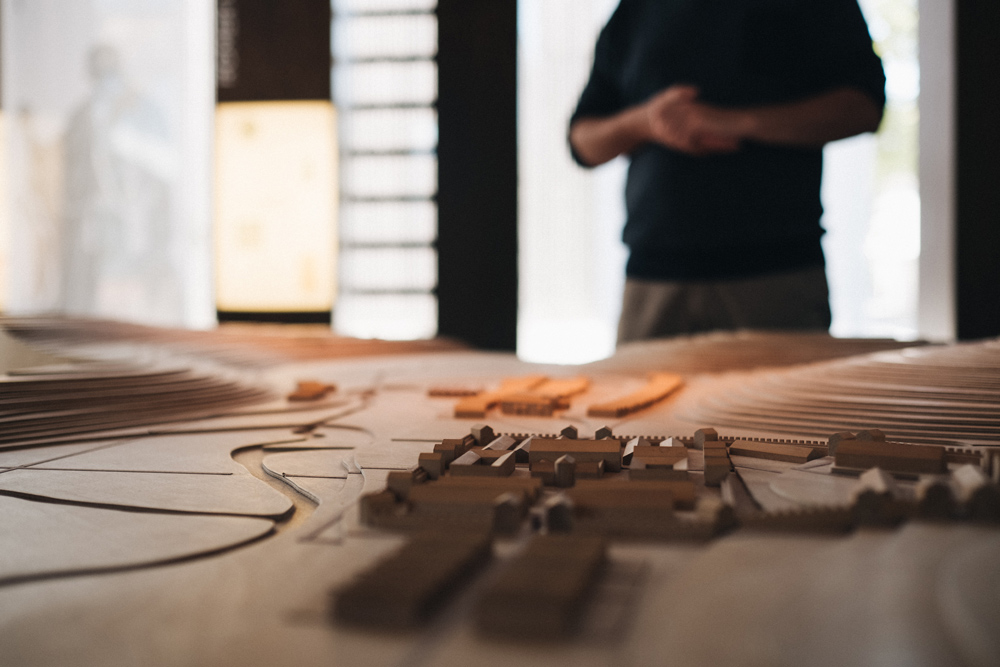 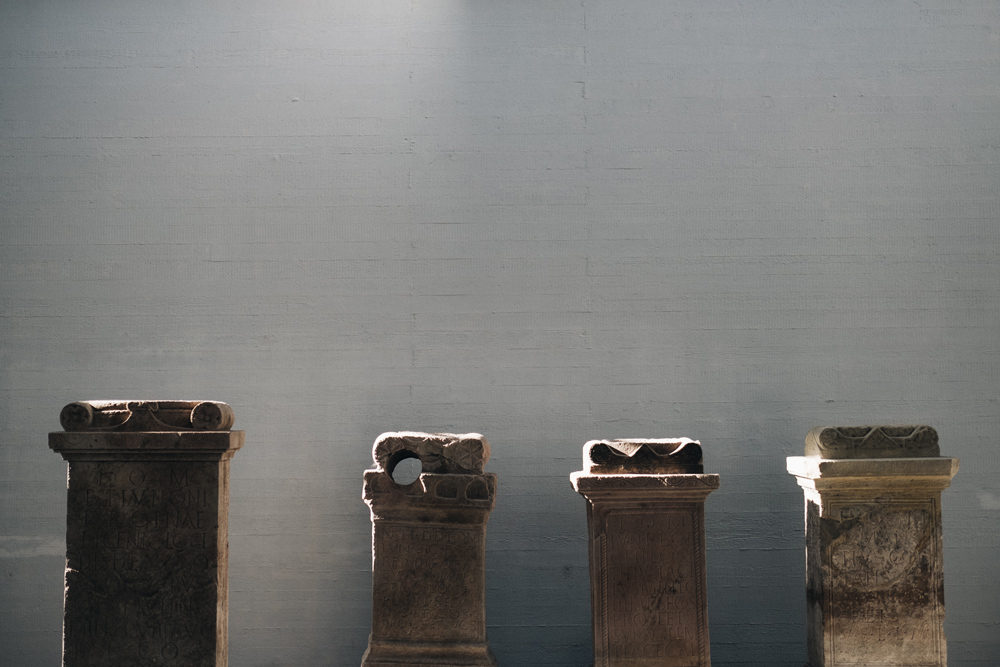 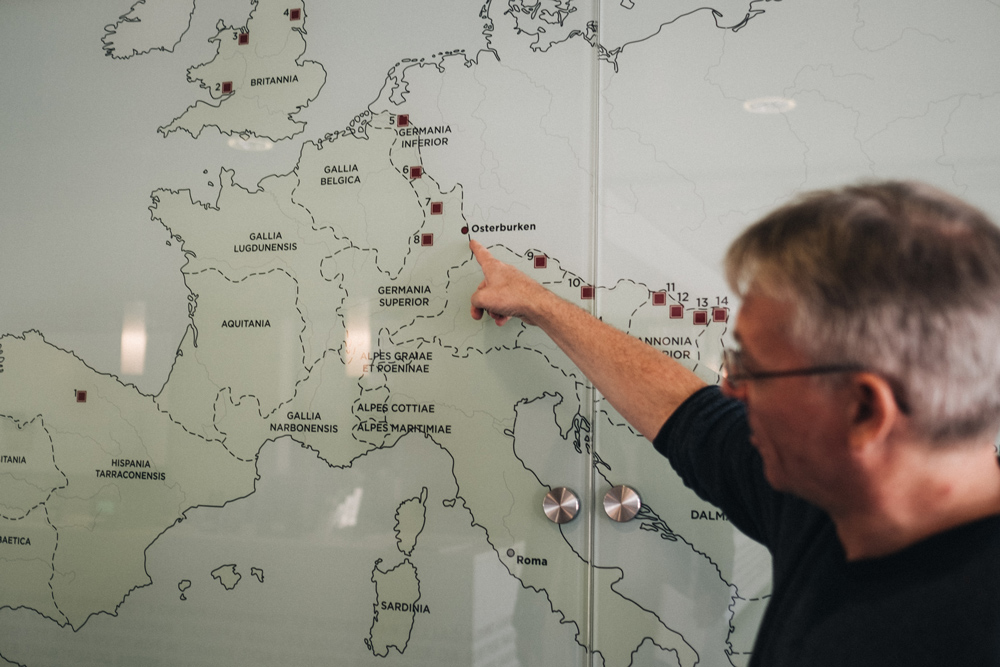 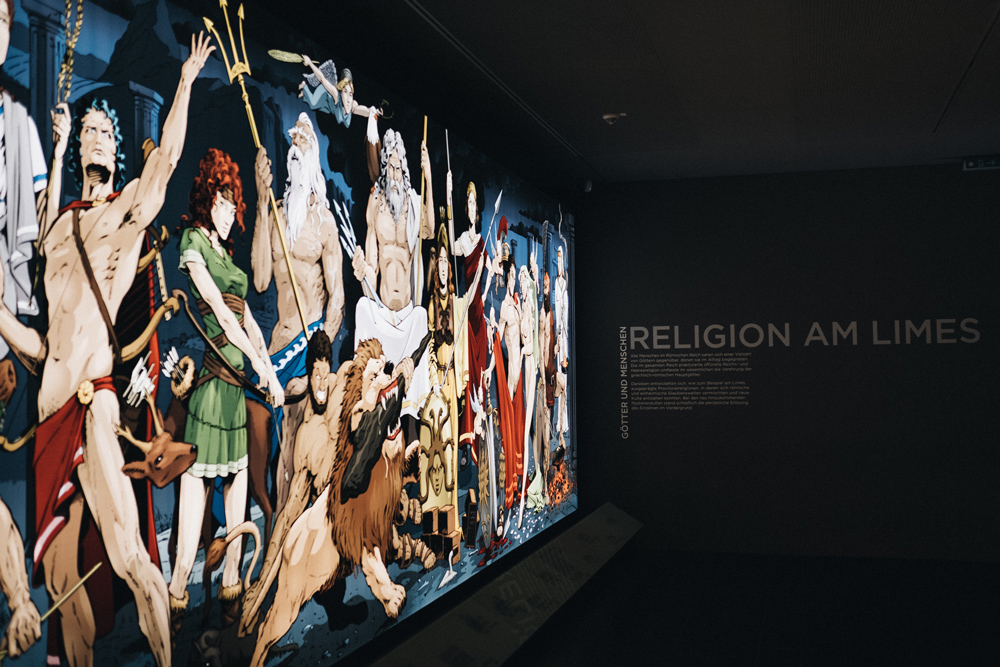 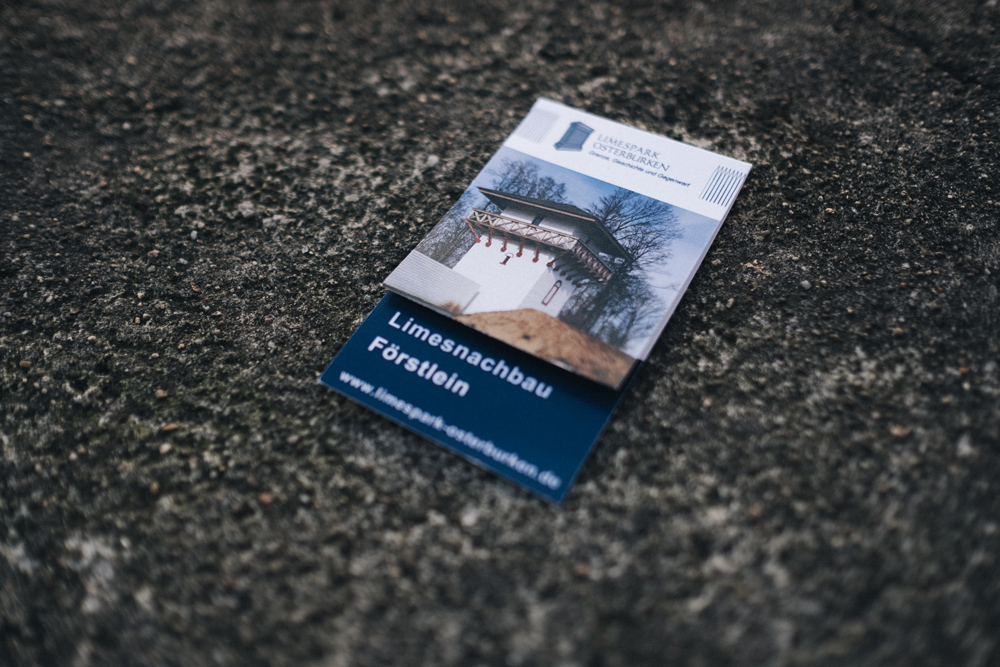 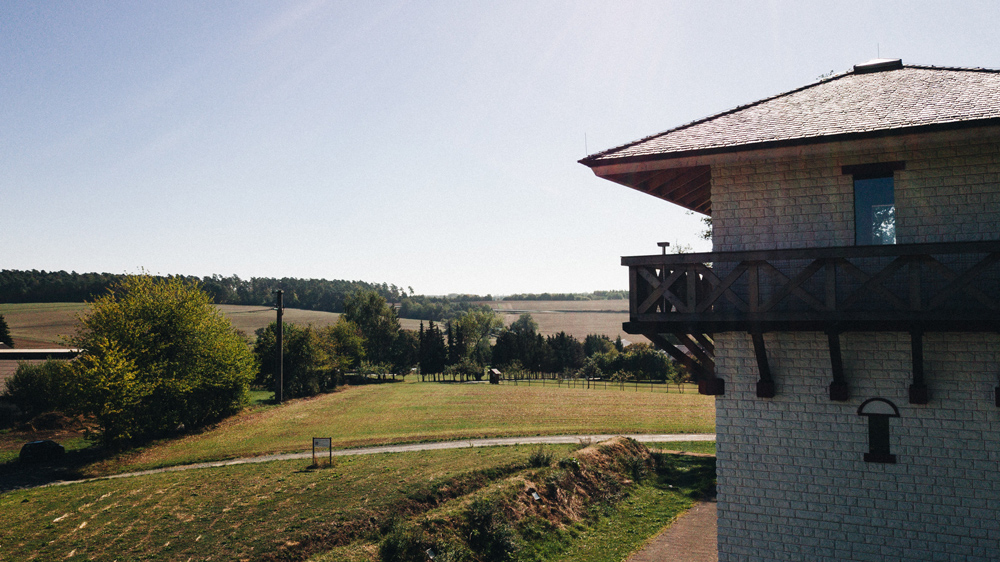