The Haus am Wehrsteg (house at the weir footbridge) in Heidelberg was once a transformer building. Afterwards, the weir keeper lived in it. Then, the artist Eva Vargas turned it into her studio “until it will be torn down” as it was said at the time. But this never happened. Since 2013, Matthis Bacht has brought new life to the brick building on the Neckar river—and has made it a signpost, a meeting point for people and, above all, a place for art again.

Like an island, the house emerges at the end of the path. Red bricks glow in the sun, surrounded by green countryside. The Neckar flows next to it, bridged by the weir footbridge. The path forks directly in front of the house. It’s Sunday and people move along the Neckar Valley cycle path on foot or by bike on both sides of the house. A stylised bird on the façade keeps watch over them. A family stops by the roses at the entrance. The father lifts his daughter so she can have a smell. Whenever people approach the house, their steps slow down. Many get off their bikes, too. They see the sign that says ‘exhibition open’ and some follow the arrow on it.

The house at the weir footbridge makes you feel welcome. There is no entrance fee for the exhibition and the door is wide open. Matthis Bacht, artist and art teacher, gardener and leaseholder of the house, sits on a bench with an apple spritzer, nods to the visitors and shows them the way. The house is meant to be a place for everyone—for artists and culture lovers, for people who come specifically to see the house and for those who pass by by chance. The art on display here does not follow a hierarchy either. Both renowned artists and school classes exhibit their works here. It is a place for all of them to meet.

Matthis has been the tenant of the former transformer building since 2013. And since then he has been connecting people and art. The Haus am Wehrsteg is a place for encounter—between people and studio environments, the exhibition industry, the programmes of artists in residence and youth welfare work. Matthis cooperates with institutions from the region on a regular basis, for example with the Prinzhorn collection. For the ‘Außenseiten’ (Outsides) project, large comics were drawn on the walls of the building. And so the house remains an exhibition space even when it is closed. 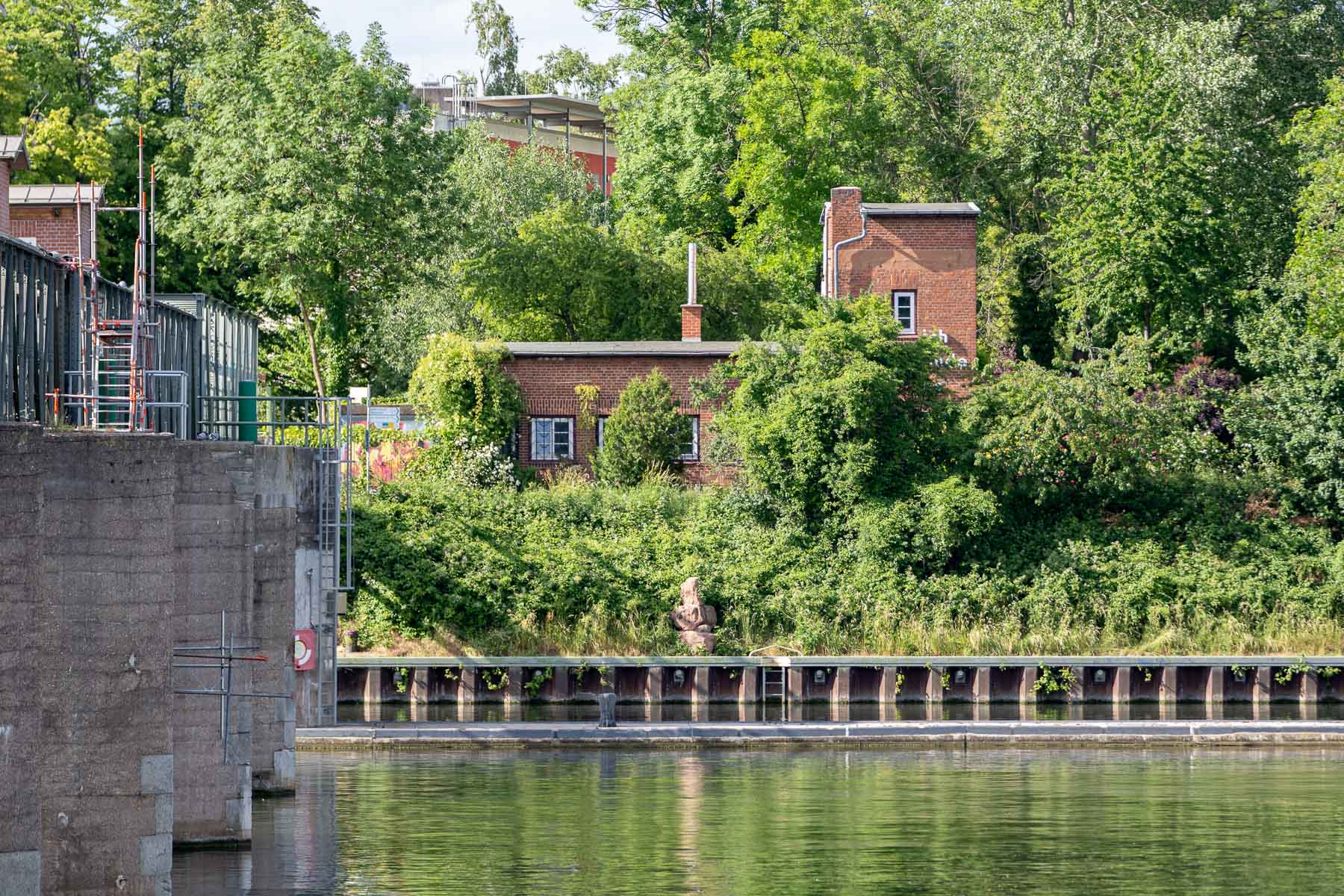 The house appears like a ship at the end of the weir footbridge. 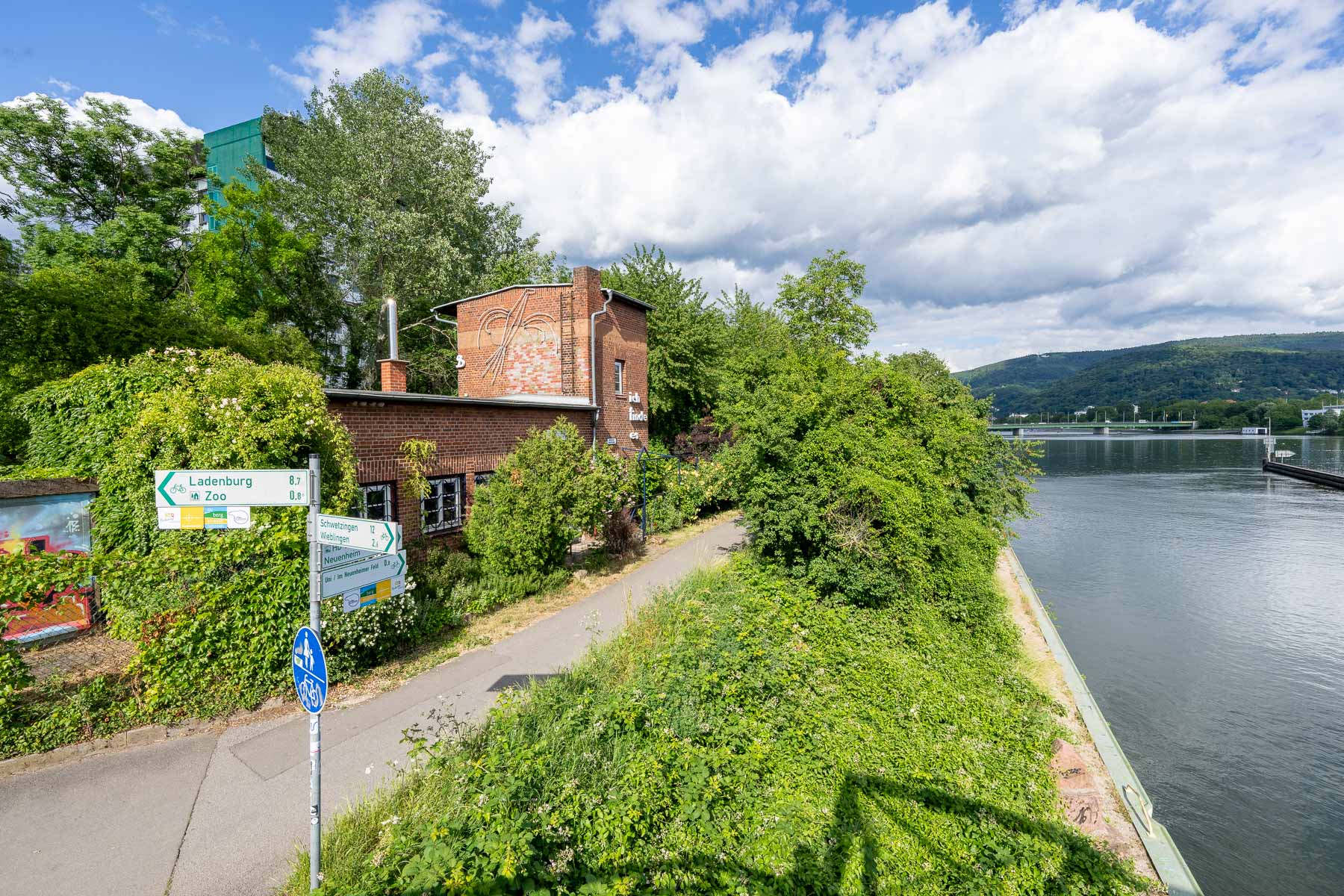 The building is situated between walking paths and cycle tracks. 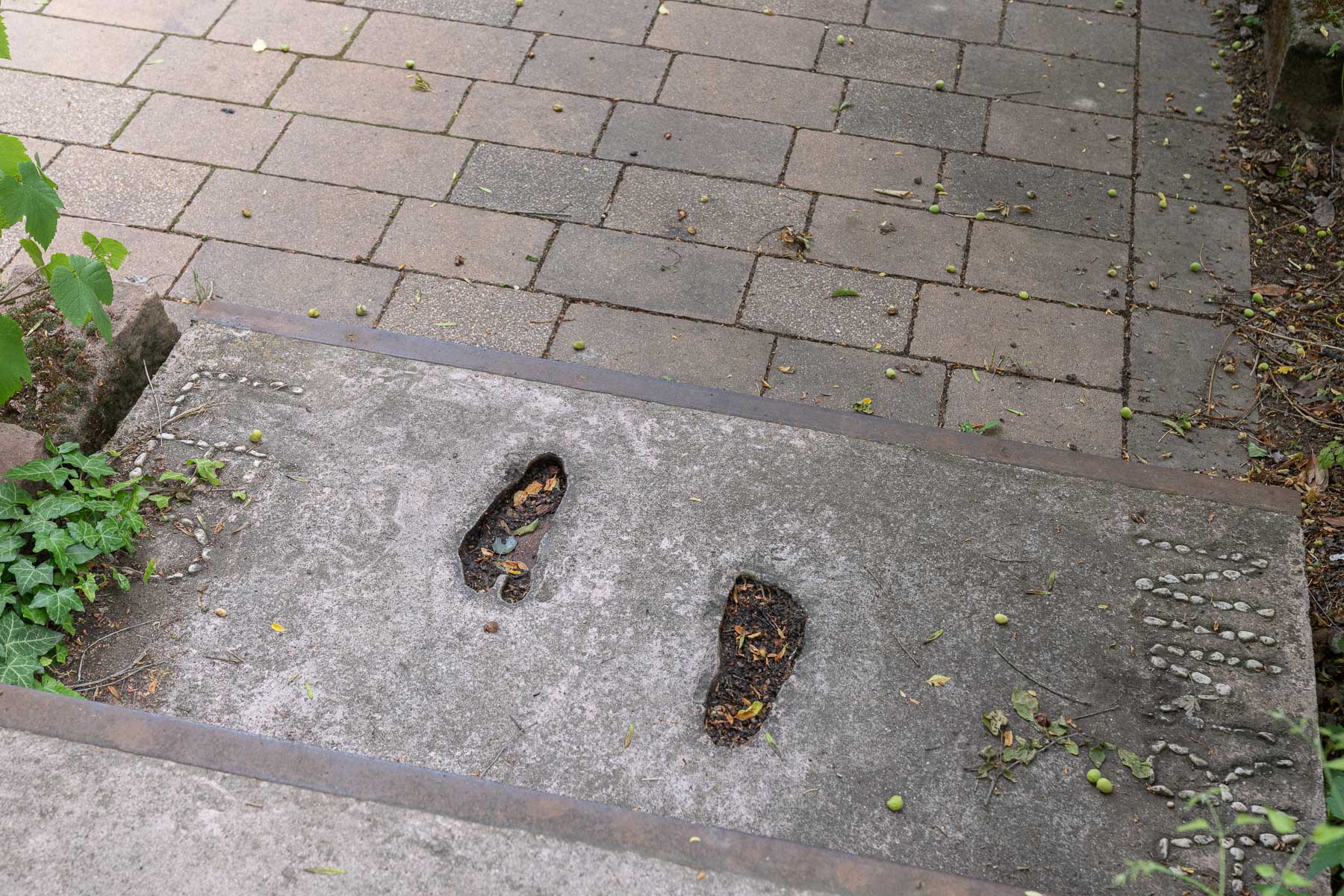 Everyone is welcome in this house. 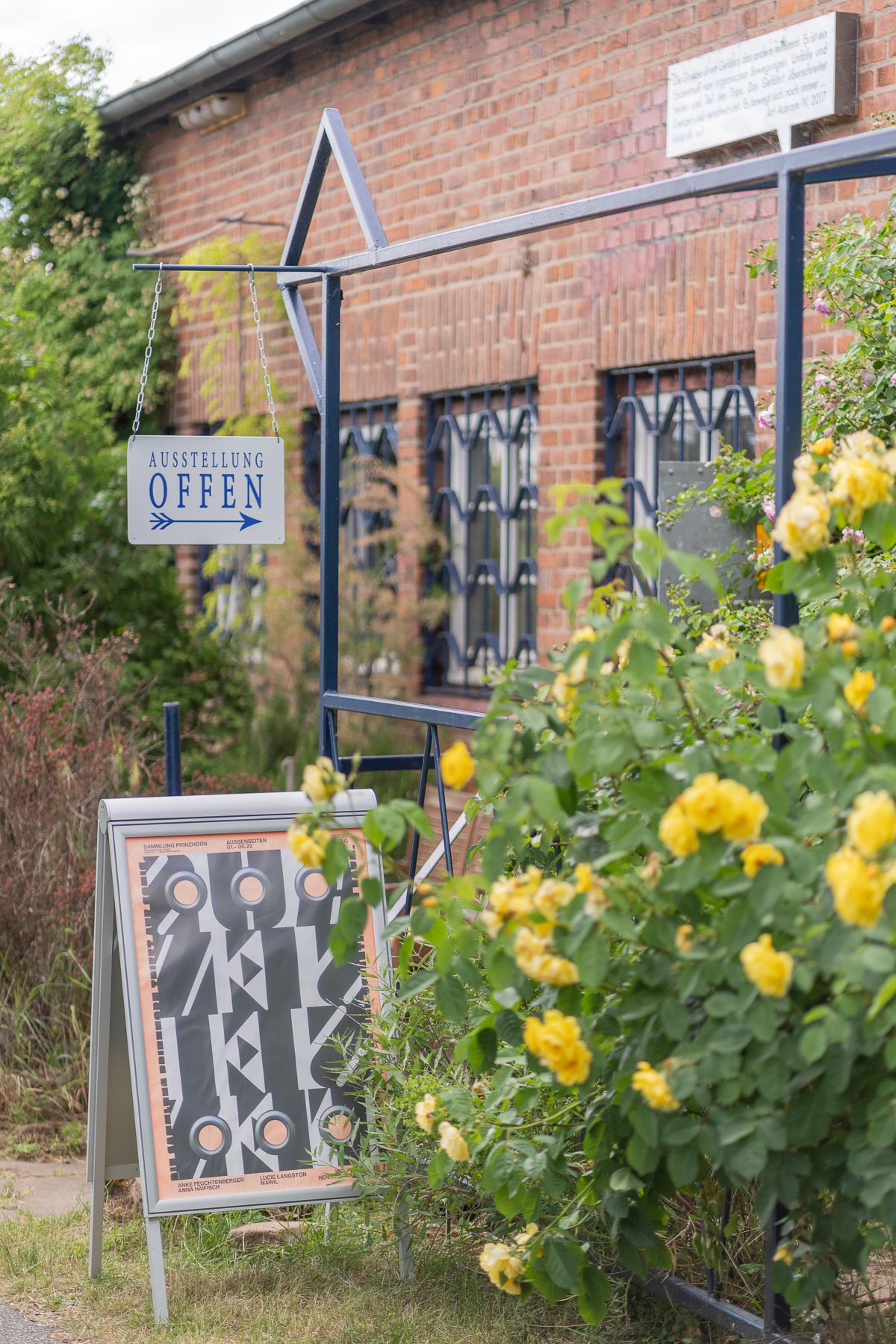 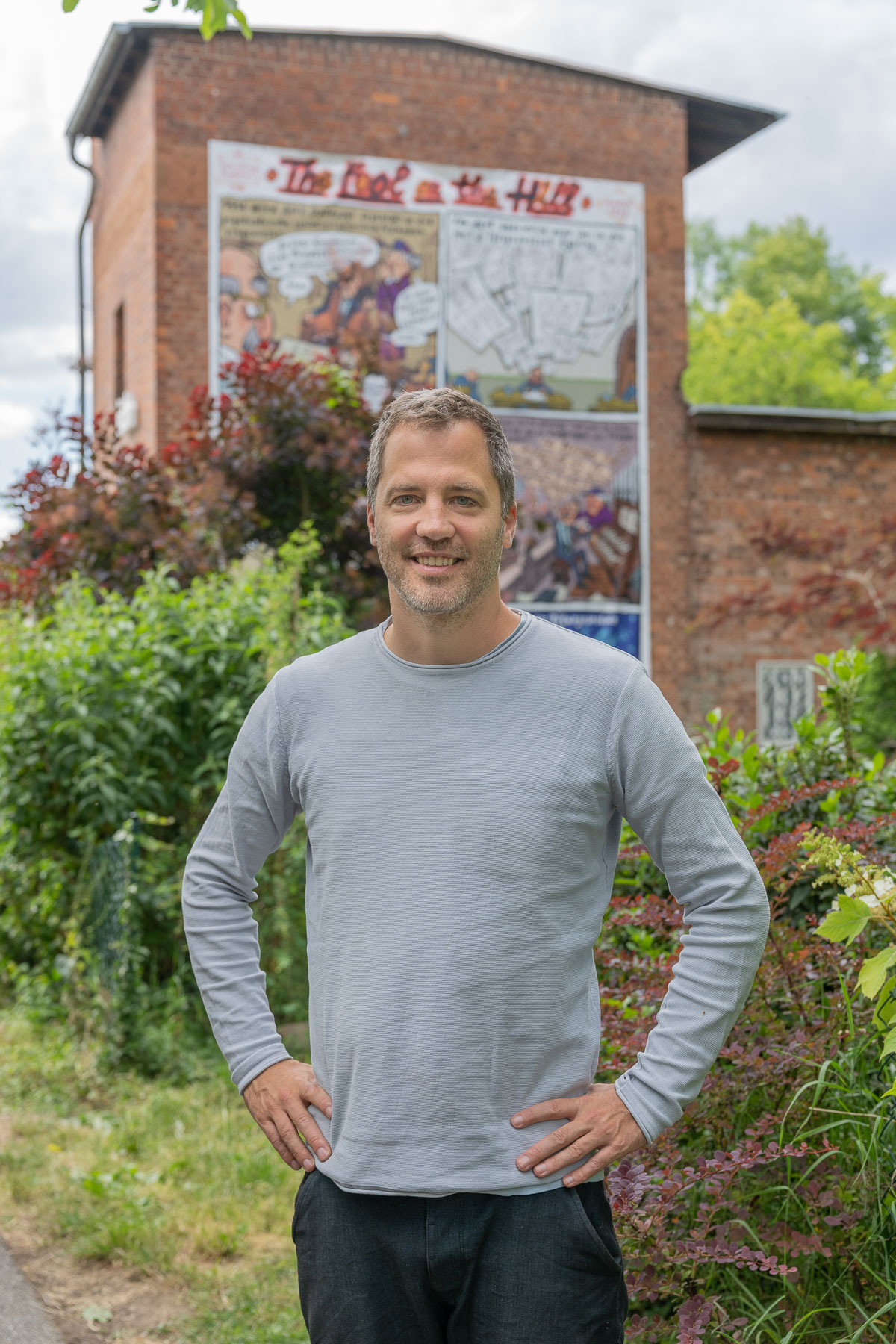 Artist Matthis Bacht has been the tenant since 2013. 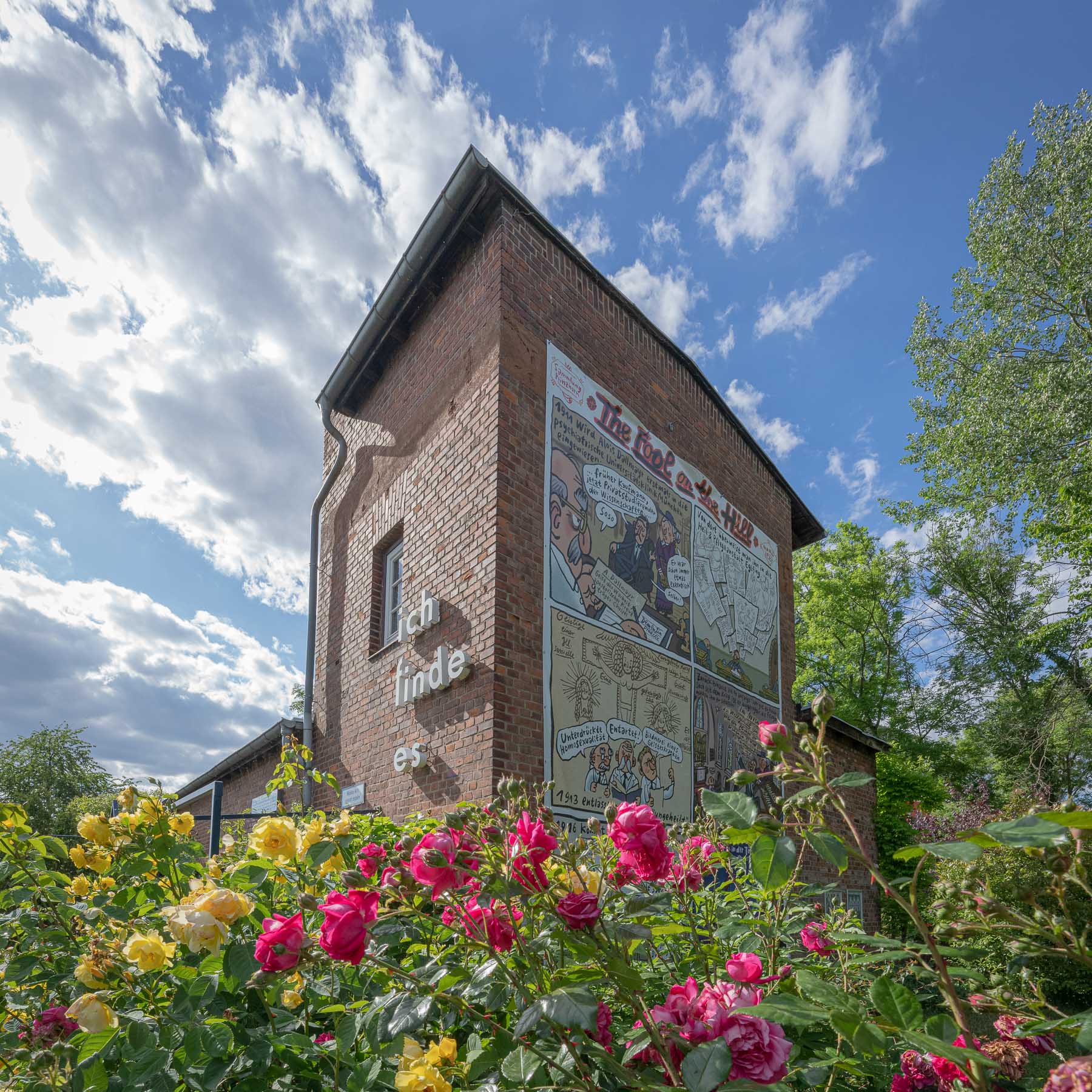 He is responsible for the art on and in the house ... 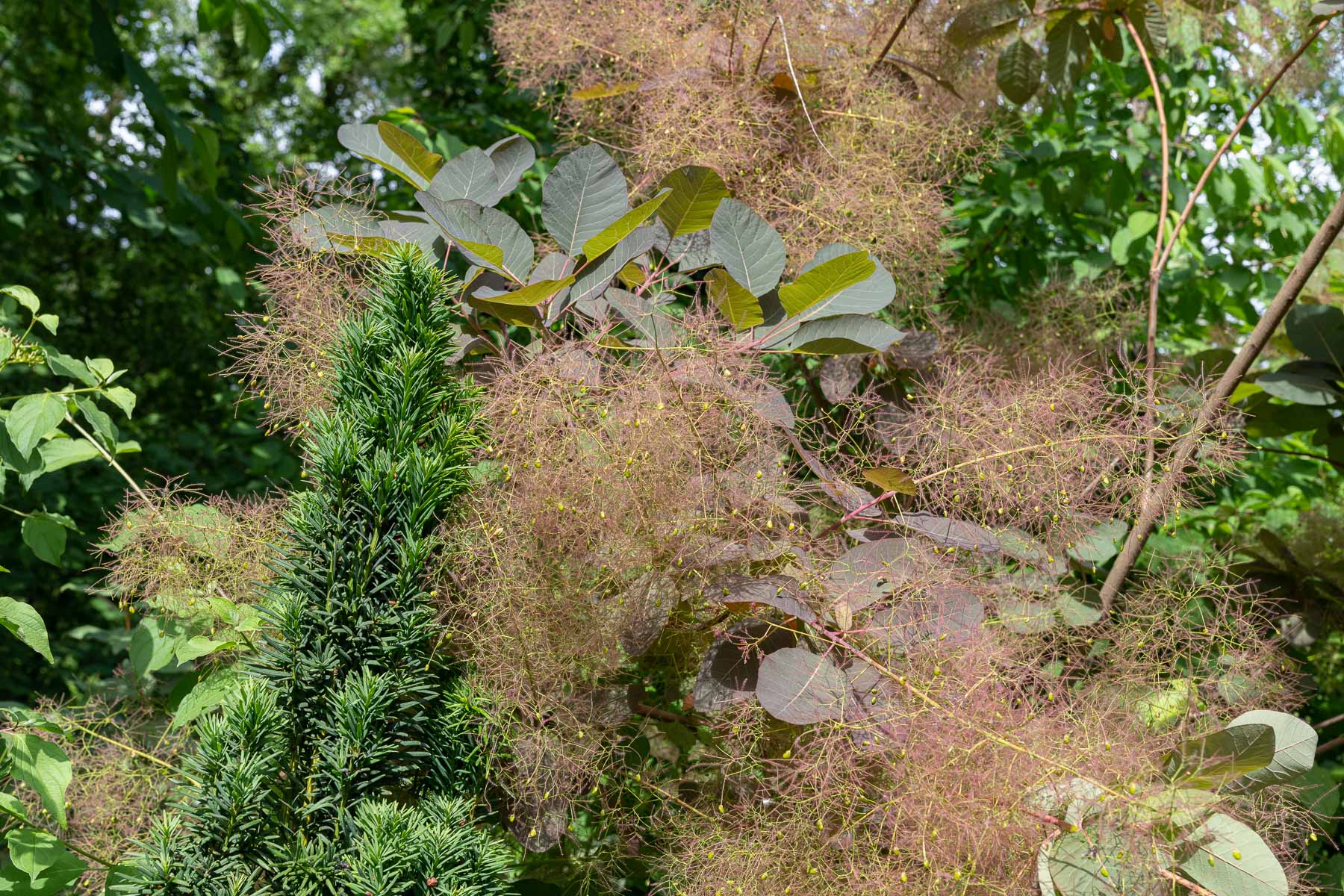 and for the garden. 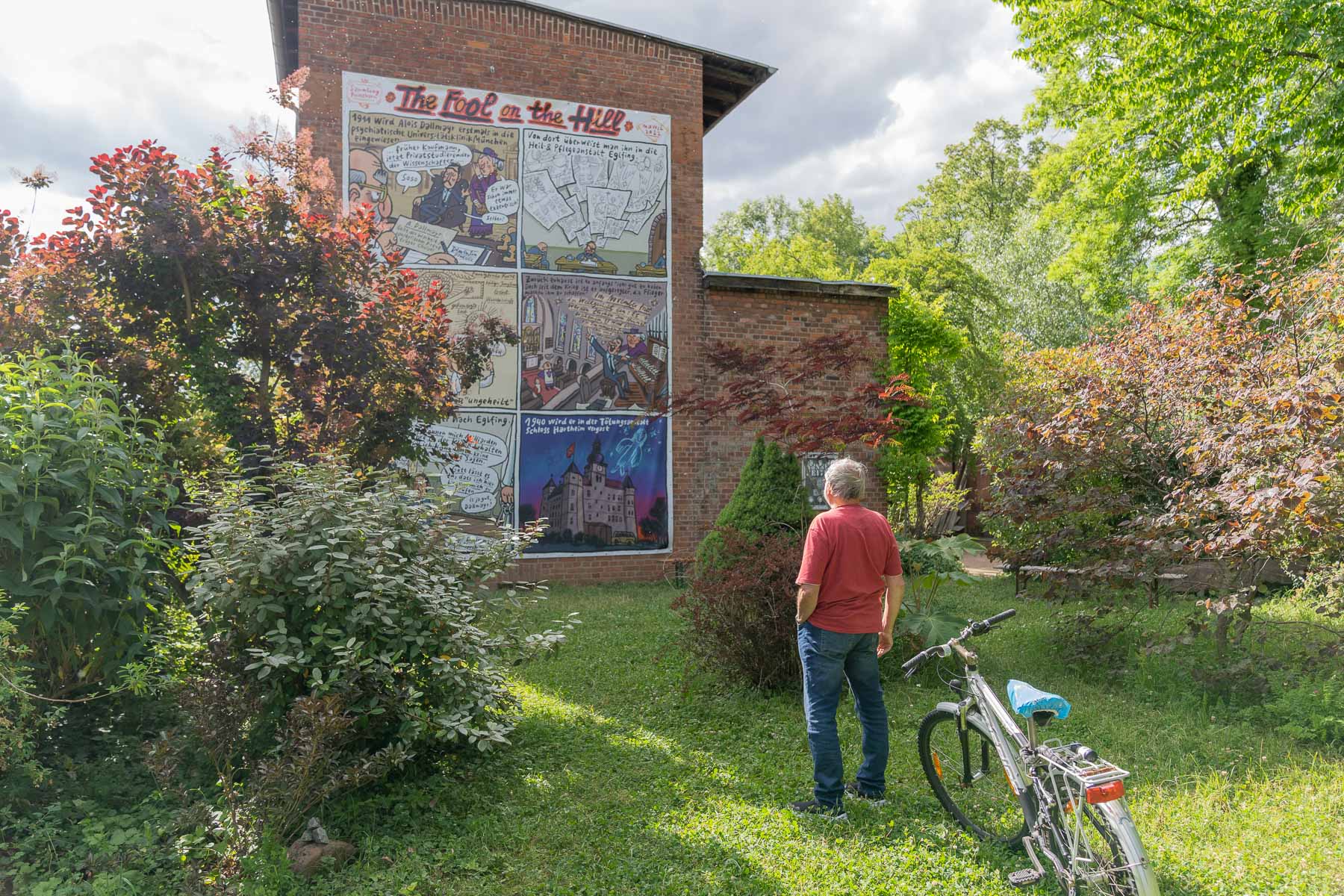 The building also attracts people who had no intention of stopping here. 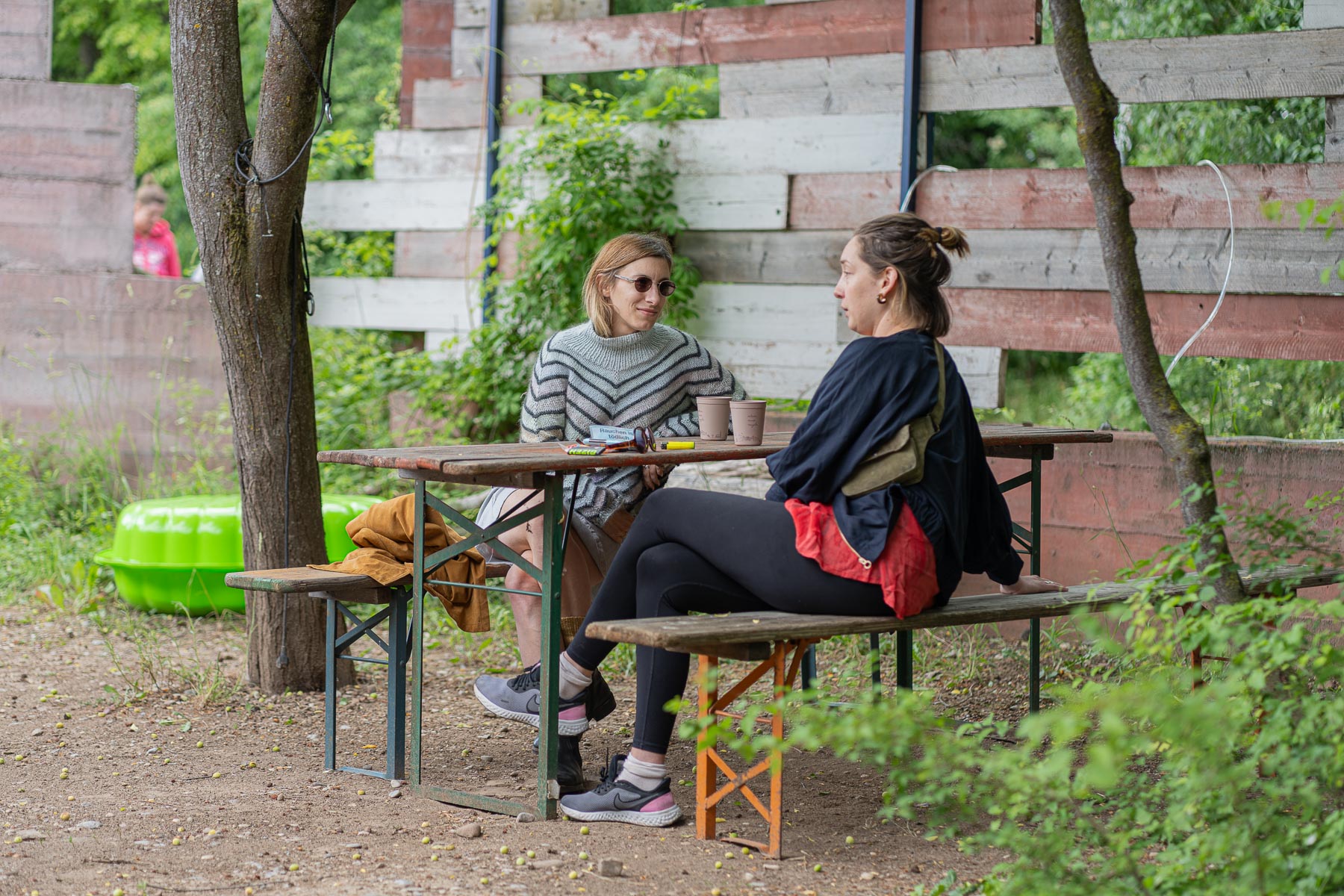 And, of course, those who plan to come here.

“People come in here and say quite bluntly what they think of the exhibition. I think that’s great,” says Matthis and laughs. On this day, visitors drop in every now and then. Some stop shyly at the entrance. One woman reports that she has known the house for a while. From when Eva Vargas still lived there. Back then, however, the door was usually closed and the wall of the house barely visible behind bushes and trees.

For me, this is a life’s work

Many visitors give Matthis little hints, insights into the history of the house. They worked with Eva Vargas or were involved in one of her school projects when they were young, for example. “Once a woman came by who had gone to school with the children of the weir keeper. That was really exciting.” Suddenly, a part of the building came alive for Matthis that he had hardly known anything about before, because he has found little information in the archives so far. Even though he asked everywhere. At the land, waterway and shipping offices. “The house is kind of a blind spot in Heidelberg.”

Matthis doesn’t even know when exactly the house was completed. “It was built some time between 1925 and 1930.” This is what he knows. But only because he discovered years engraved on some of the steel beams. A staircase leads to a hatch and the upper floor. This is where the artists who are regular guests work. Matthis uses it to do his drawings, too, especially in winter. He points to a small table, then to the coal-burning stove in the corner: “That makes it cosy here. I enjoy the peace and quiet during the hibernation period of the house.” Ceramic insulators still peek out of the wall opposite. But has the house ever served as a transformer building? That, too, is uncertain.

What is certain, is that the brick building with its garden and its tower was planned by the renowned architect Paul Bonatz, who is the designer of the main railway station in Stuttgart. He also designed barrages, bridges and weirs along the Neckar, when the river was turned into a canal. The house at the weir footbridge has an elder brother, too—directly opposite, on the other side of the Neckar: the Tankturm in the Bahnstadt district. These two buildings are related to each other by a bright ampersand sign: the ‘&’. It is a work by Matthis Bacht and Anna Heidenhain. The sign bends around the south-eastern corner of each building, linking not only two sides of one and the same cube, but also two buildings. This symbol makes you look and think outside the box.

Matthis reads what the Haus am Wehrsteg used to look like from traces in the brick wall. “Here, a window became a wall. And this wall became a door.” Inside, the ceiling was lowered and the concrete floor is covered with chipboard. After the Second World War, an underground shelter was added and the approximately 100-square-metre building was divided into eight rooms to make way for the weir keeper and his family. Then, in 1972, Eva Vargas moved into the building. The artist is difficult to classify. She worked with music and text, with painting and action, with things that were thrown away and those that were washed up ashore. She used to dissect society with an alert eye and dark black humour. Actually, the city never planned to continue listing the house as a residential building, but tolerated Eva Vargas there “until it will be torn down.” She commented on this amendment to the rental agreement in writing: “Now let’s just hope that the excavators don’t arrive as quickly as the day after tomorrow.”

They never came. Eva worked and lived in the small house at the weir footbridge for 38 years. After her death in 2010, it initially stood empty. At the beginning of 2013, the city was looking for a new tenant. It had to be someone who would see the house as a place for art and keep the memory of Eva Vargas alive. Matthis had just arrived in Heidelberg at that time. Before that, he studied sculpture and art teaching at the Düsseldorf Art Academy and lived in Aachen for a while. Now he was returning to his hometown. “I applied immediately.” He had always known and liked the house and “its island location at the crossroads, the proximity to the Neckar as well as the architecture.” He did not know its former occupant personally. But her art, especially her poetry “really moved me,” he adds.

The jury decided in favour of Matthis. In June 2013, he faced the building for the first time as its new tenant—and a lot of work. Which things are art? Which things are commodities? Which ones can be given away and what has to remain? What is growing in the garden? Where to put the dormouse that has taken up residence upstairs? “It took me six months to get an overview.” He spent a year rebuilding and opened the house up—inside and to the outside world. And he tamed the wild garden—at least the part of it that should welcome visitors later on.

Behind the building, Matthis has created an idyllic place. A garden with small islands composed of plants and with splashes of red in the lush green environment, matching the brickwork well. His father has a Japanese garden and Matthis got his passion for gardening from him, as he explains: A silk tree grows next to a white spruce and a ‘rice paper tree’. In the garden, too, he likes to connect things and bringing plants into contact with each other that would probably not have met otherwise.

The house is characterized by unexpected encounters, which always open up new perspectives. As is the case with the #EVA chapters, with which artists repeatedly deal with Vargas’ work and find new perspectives on this fascinating woman. Yet she remains elusive. “I suppose she’d like that,” Matthis thinks. And it goes well with the fact that she lived in a house that only gradually reveals its history. He still finds parts of her works sometimes—parts of dolls, while gardening, for example. “It’s a bit like working at an archaeological site,” he says and laughs. This makes his job even more exciting: “For me, this is a life’s work,” he says, meaning both: filling the house with art and life—and exploring its past. 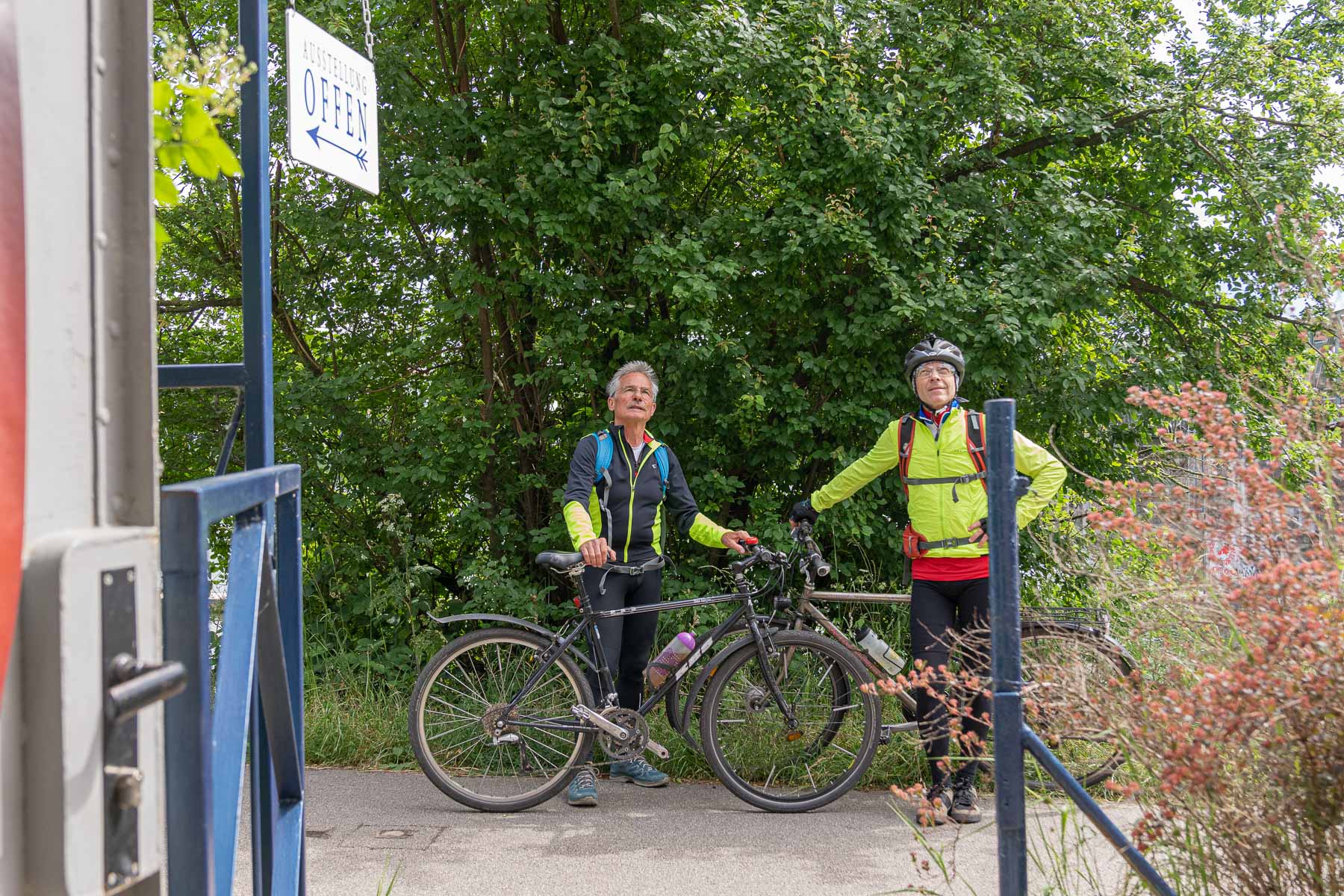 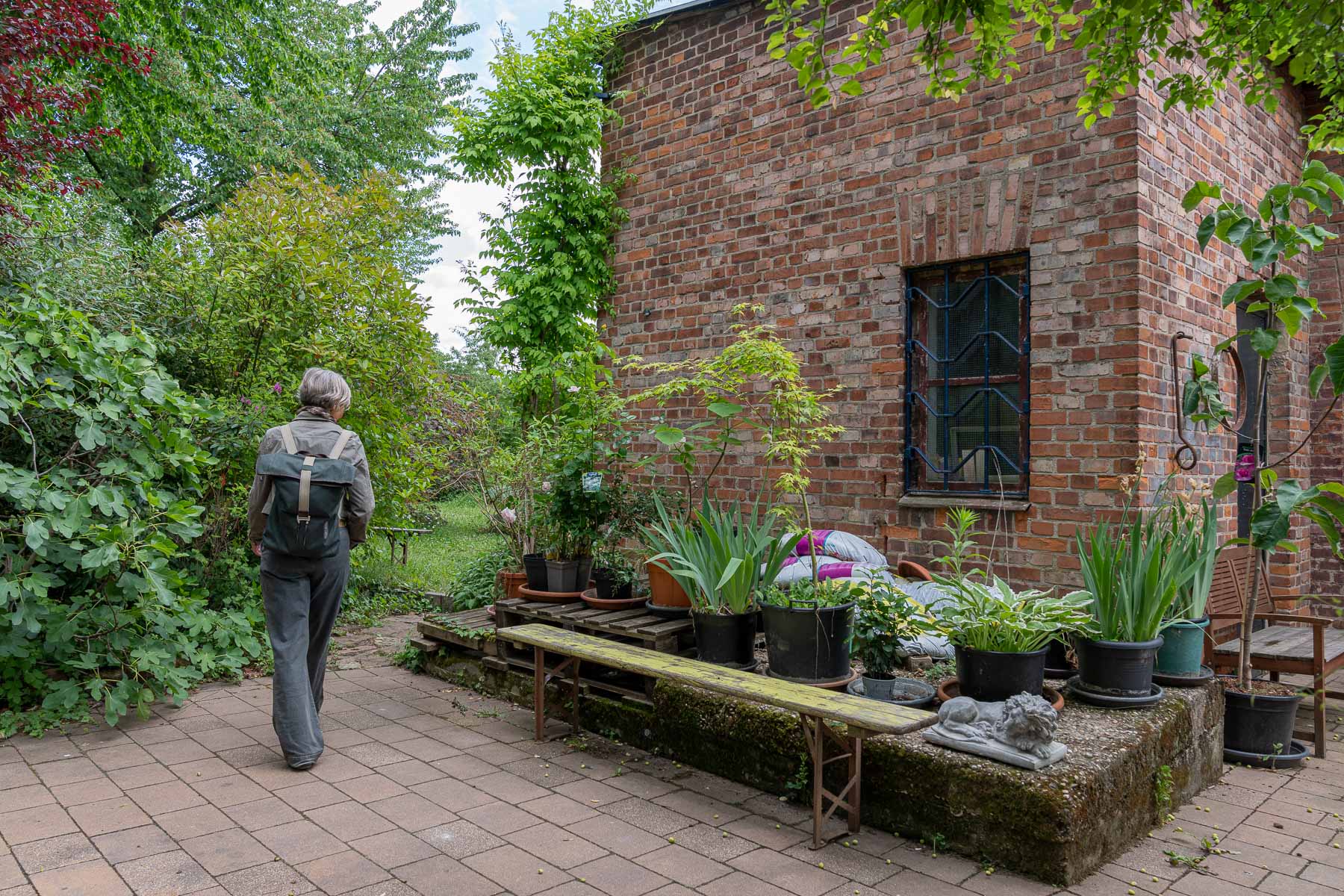 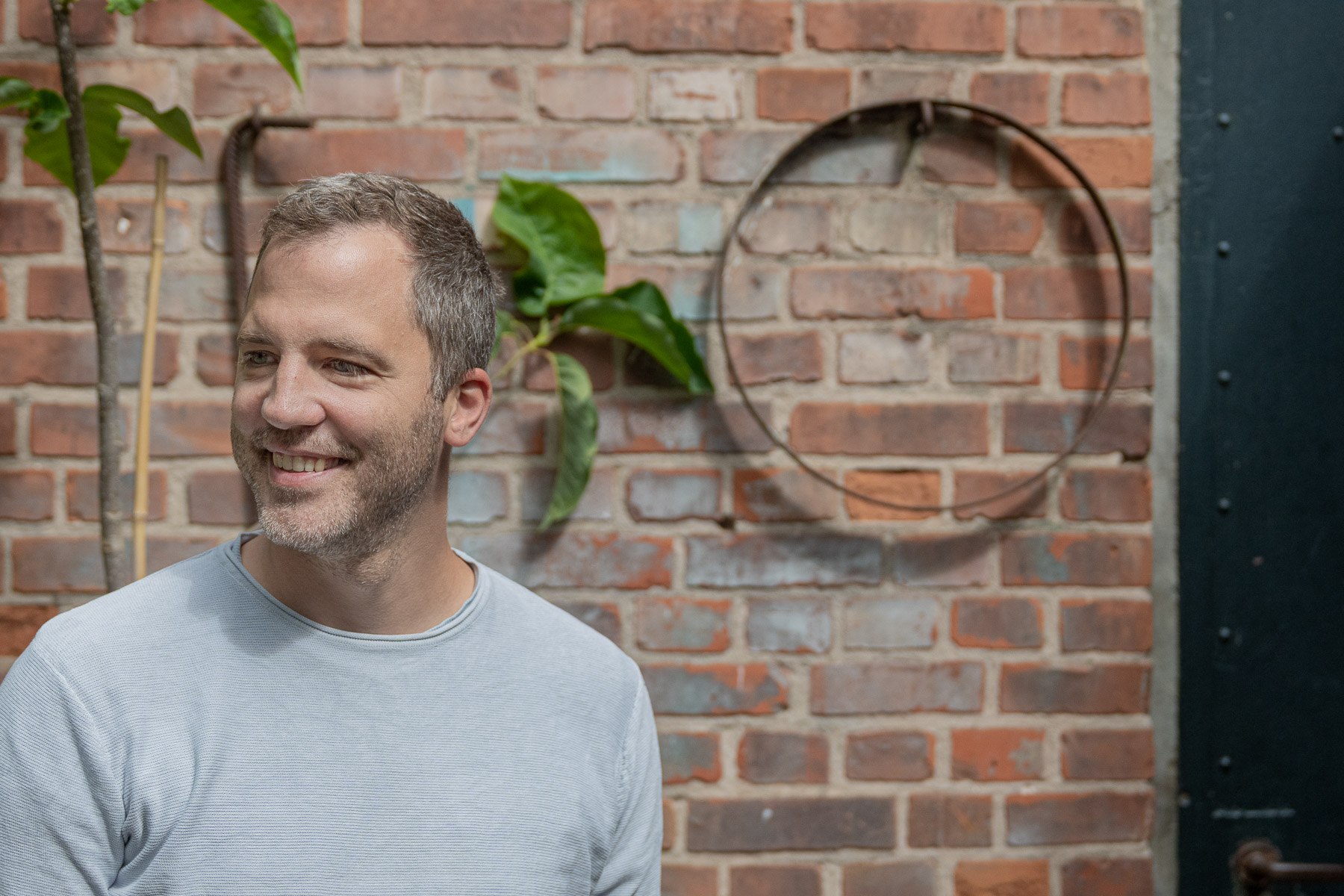 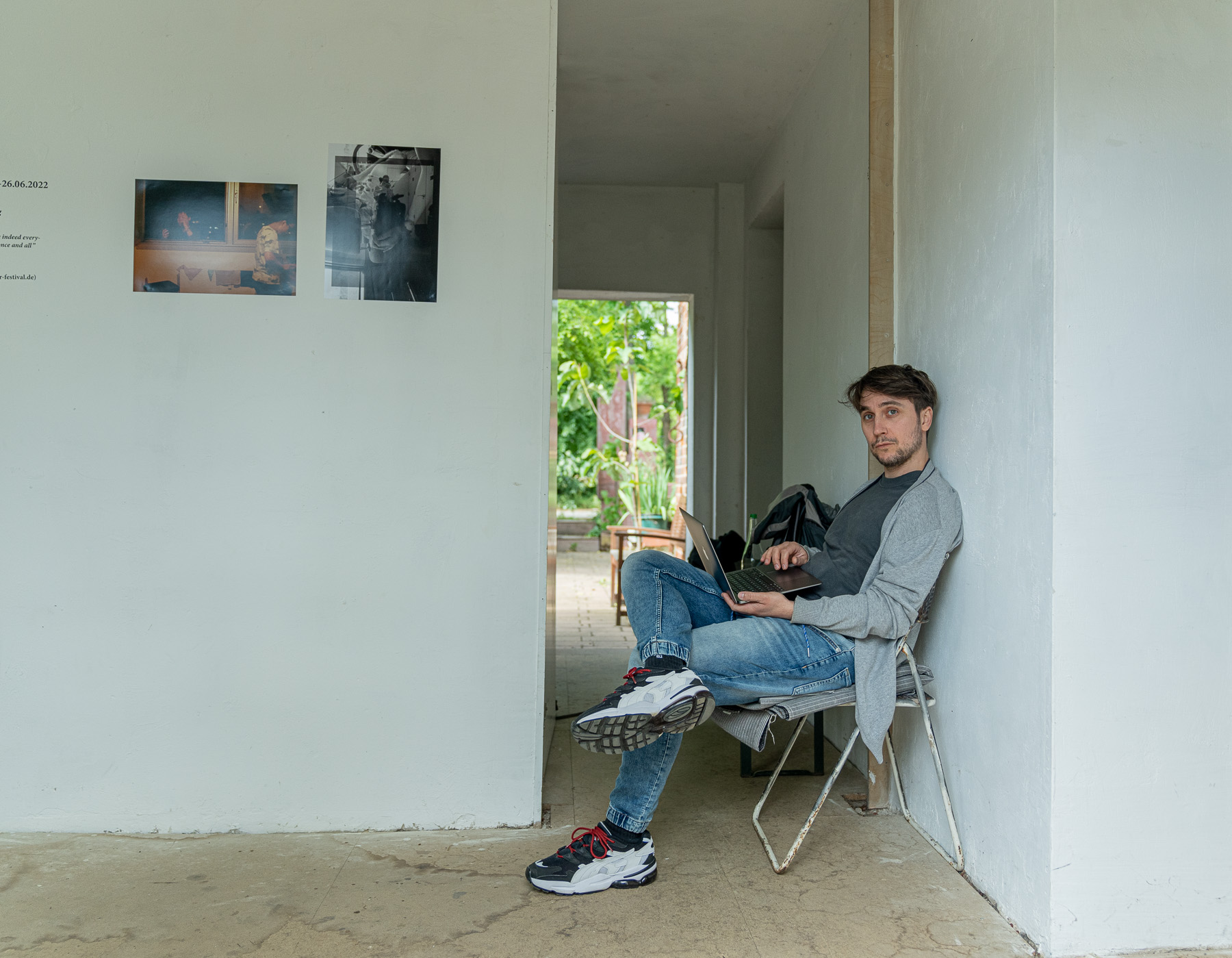 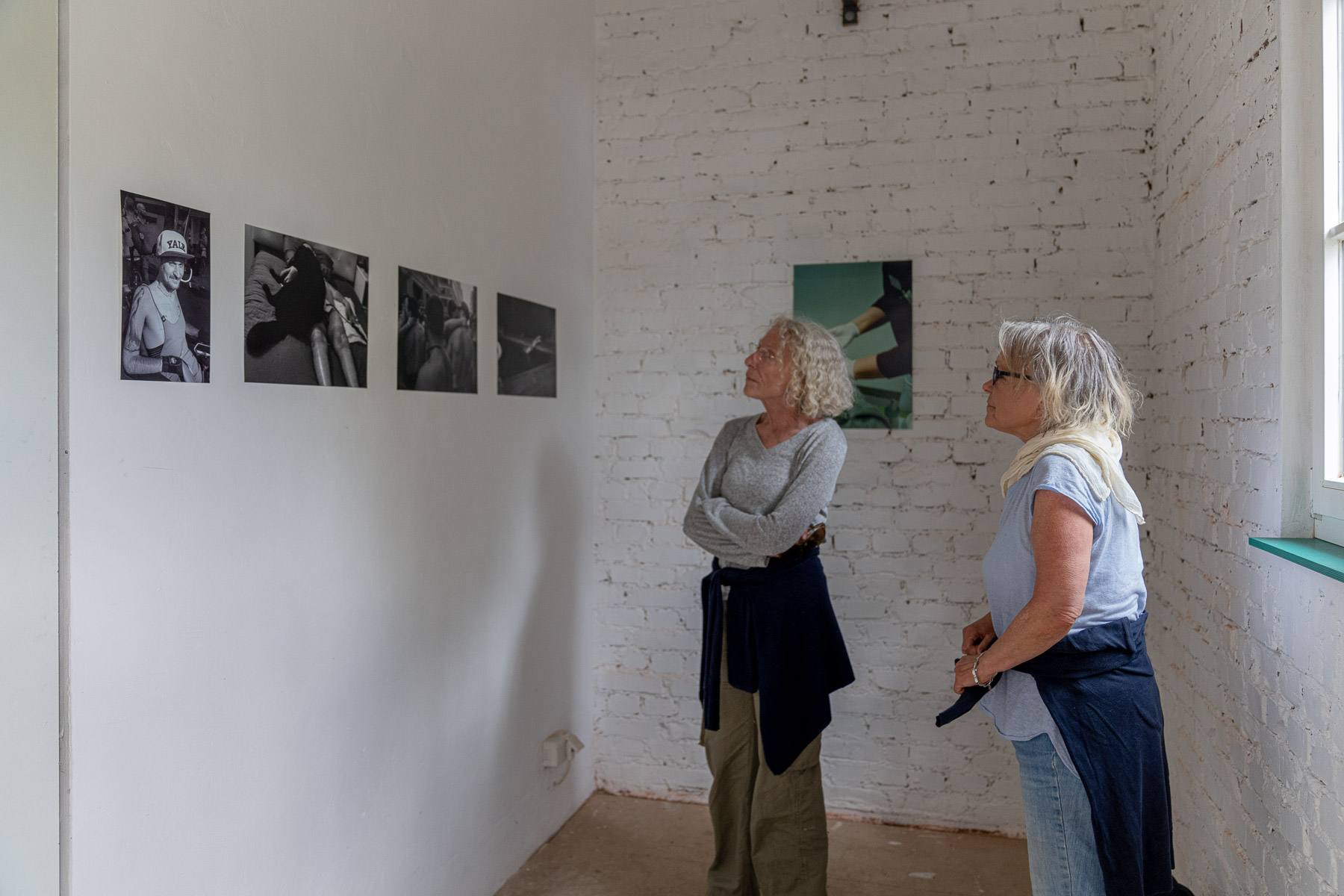 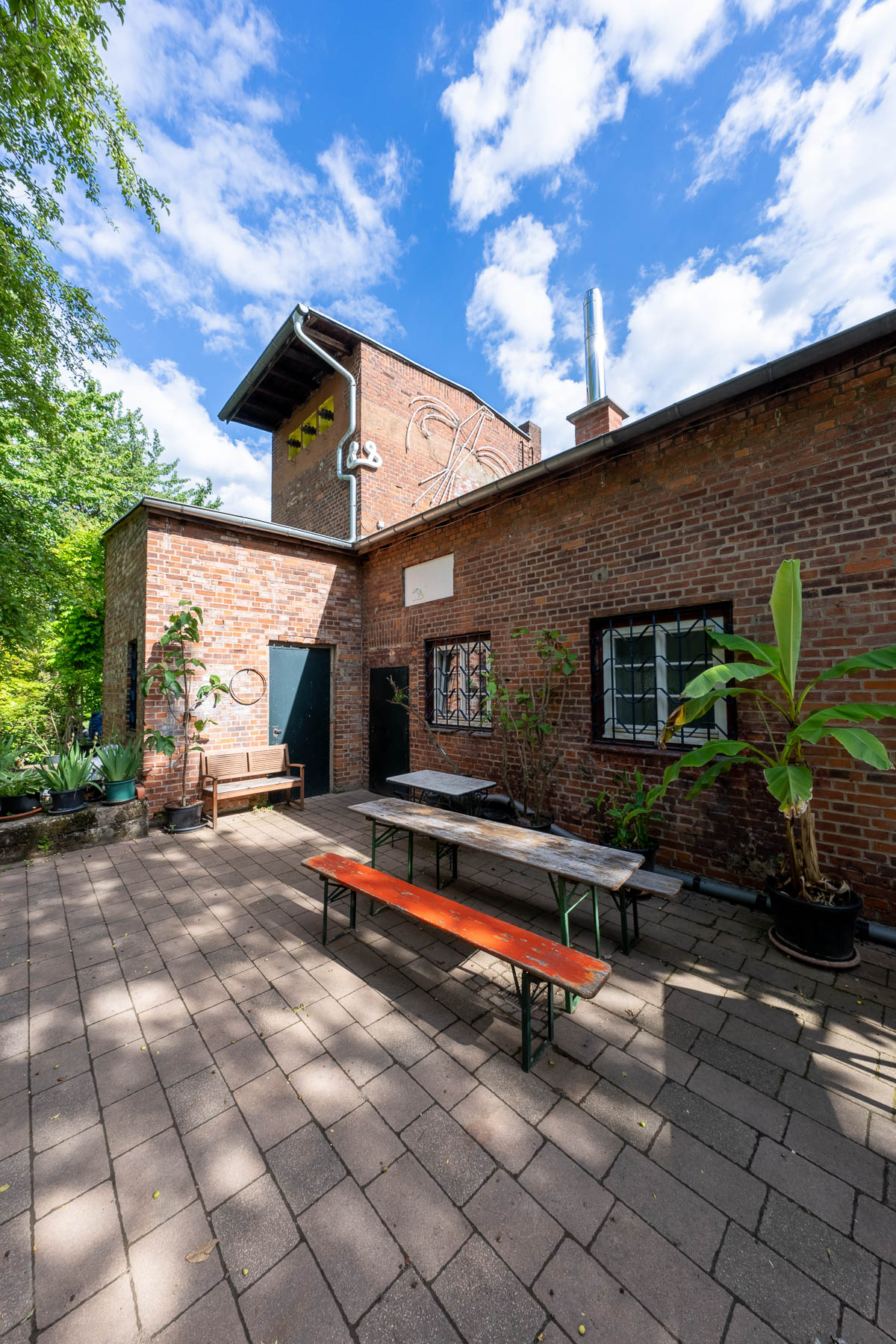 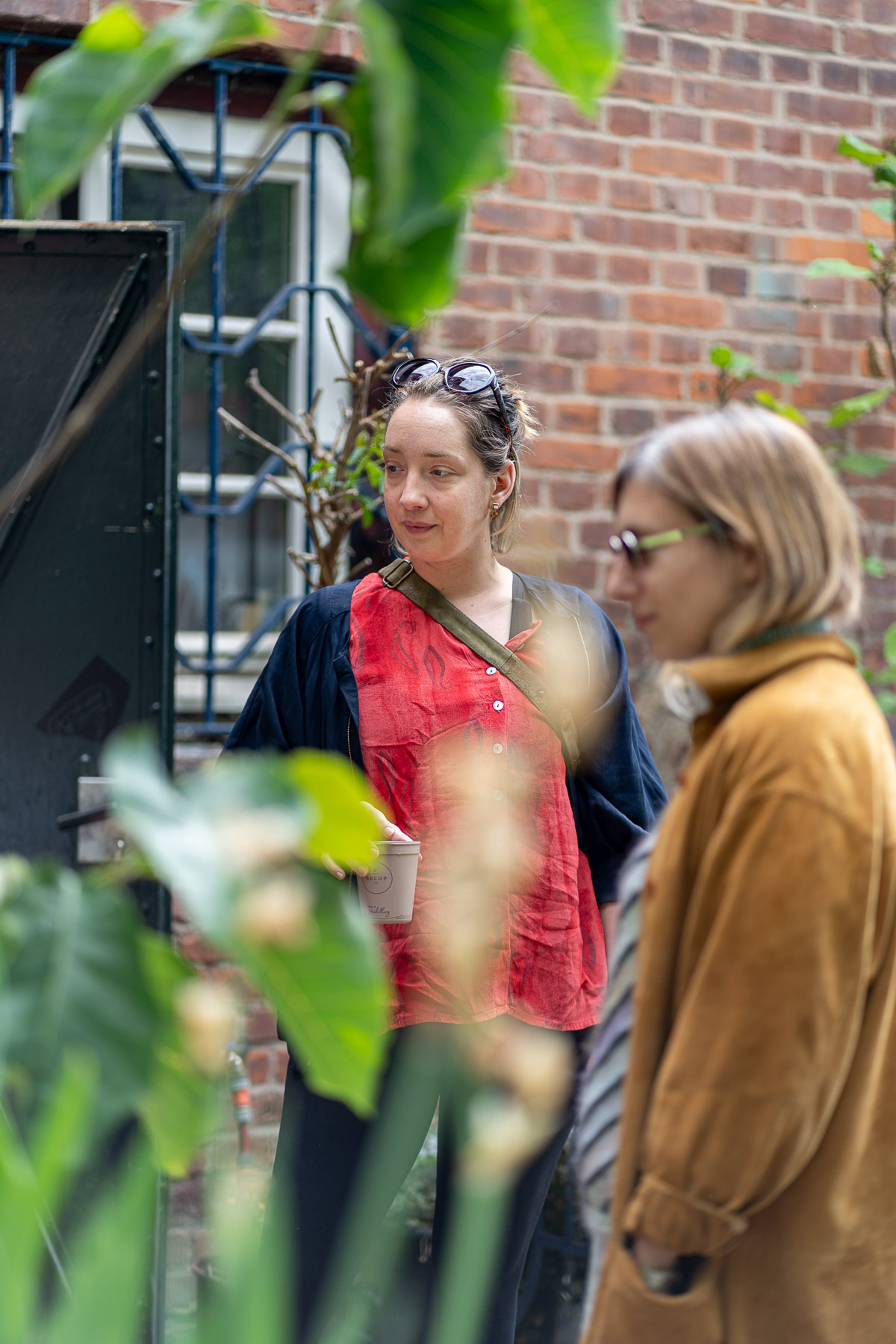 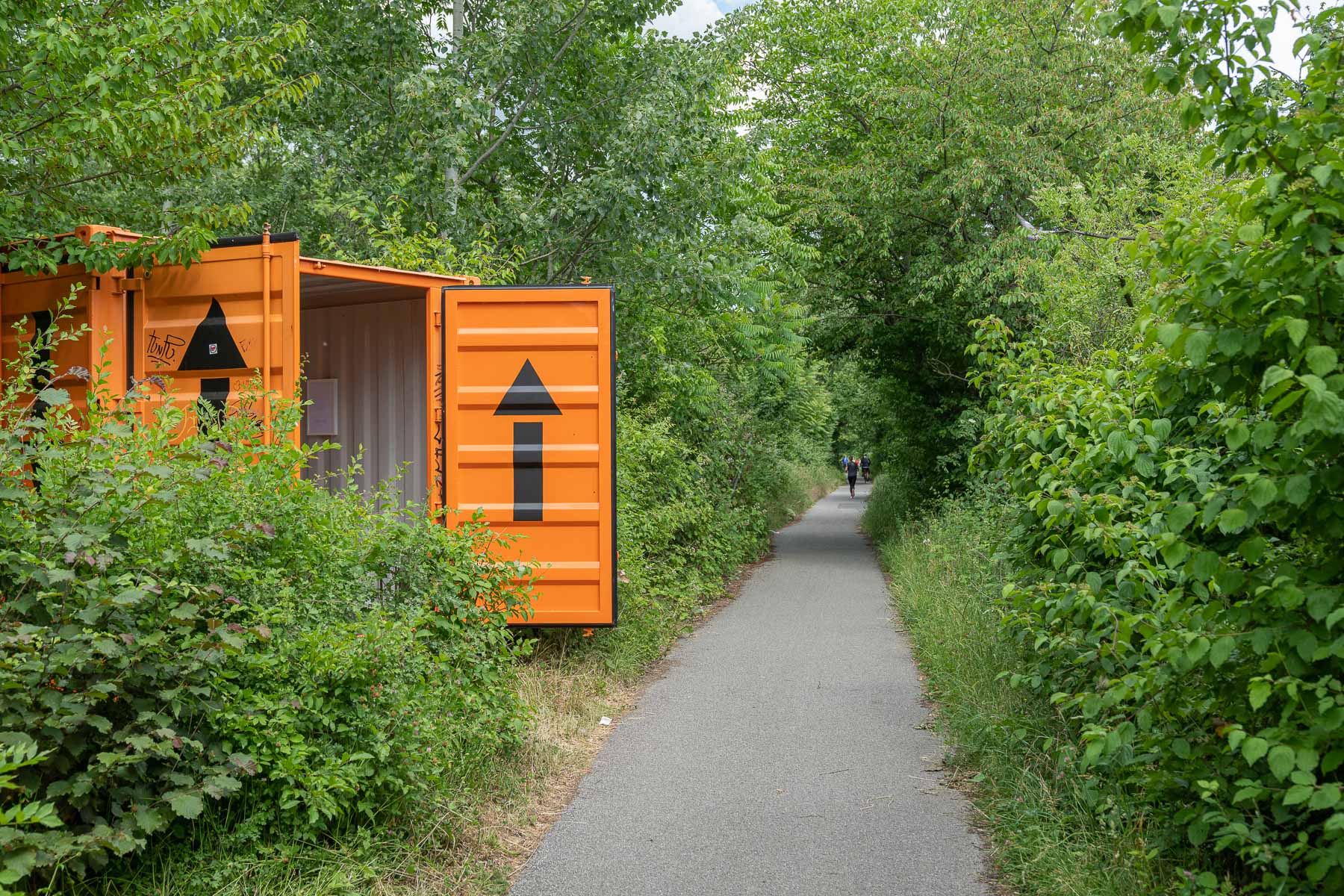