A small museum in Heidelberg city centre has a big task. Director Thomas Röske wants to lower people’s reticence by displaying the unique Prinzhorn collection featuring art created by people who have been admitted to psychiatric wards.

A figure floats in the sunlight on the lawn in front of Heidelberg’s Altklinikum university hospital in the Bergheim district. Is it a boy, is it a man? He seems to have stilts in his hands that help him take to the skies. He points the way to the Prinzhorn collection in a small museum that offers a great wealth of very special pieces of art.

Watercolour paintings, letters, paintings, sculptures, works with fabrics and writings: Some of them are meant to maintain world peace. Others are a means of payment in a different reality. Here, right in the middle of Heidelberg city centre, artworks created by patients admitted to psychiatric wards and by people with extreme mental experiences are kept in a highly unique collection.

The story of the collection itself moves the onlooker in a way comparable to the life stories displayed in it. In the 1920s, a young Hans Prinzhorn, who was a psychiatrist and an art historian, came to the mental hospital in Heidelberg as an assistant physician. His job was to turn an existing patients’ art collection, which had been used for educational purposes, into a larger collection. He succeeded: He gathered about 5,000 artworks and published the epoch-making book ‘Bildnerei der Geisteskranken’ (Visual arts of the insane). But dark times were to follow. About 100 pieces were taken by the Nazis and used as part of their travelling exhibition of ‘degenerate art’. The rest of the Prinzhorn collection was locked away and fell into oblivion after the war. It was later stored in the attic of the hospital’s main building for a long time until it was decided that it would be shown in both national and international exhibitions from 1963. The lecture hall of the neurology department was converted at the beginning of the new millennium. The Prinzhorn collection museum was established there—as part of the hospital for General Psychiatry and this is where it has resided since 2001. And so has the collection’s person in charge, Dr Thomas Röske. 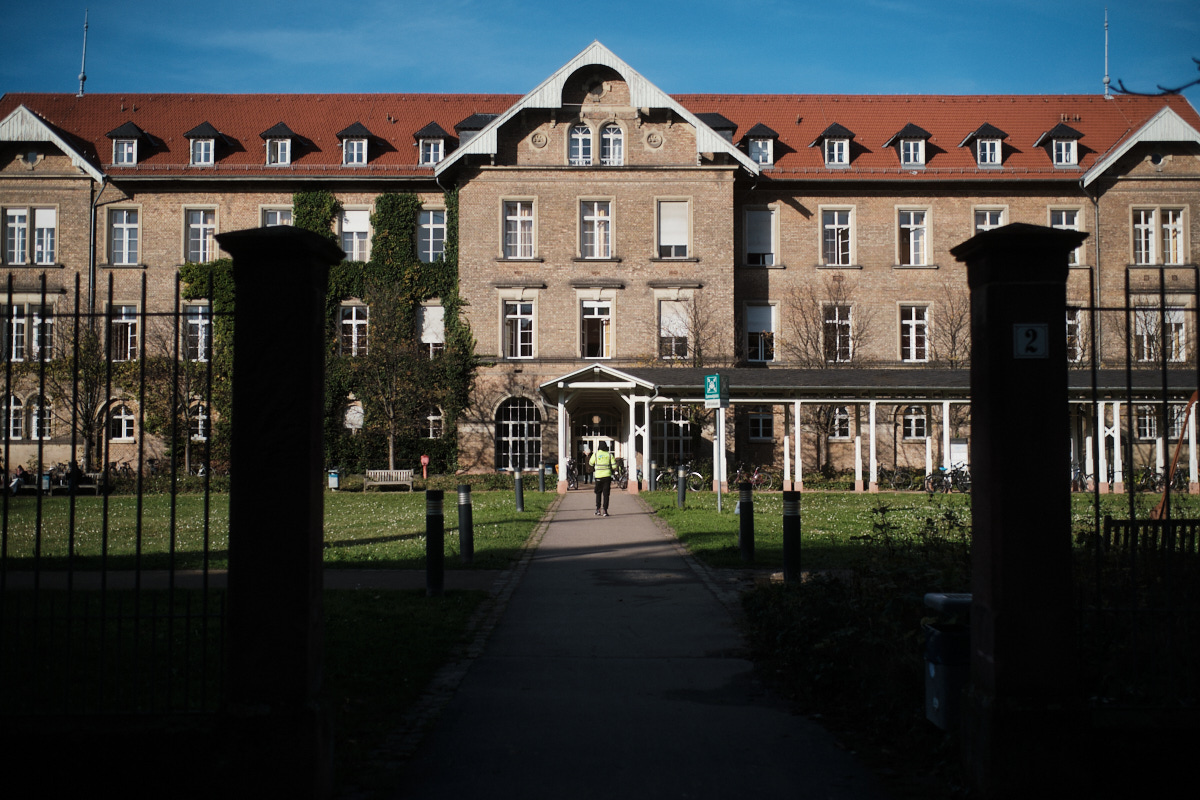 The museum was established as part of the hospital for General Psychiatry in Heidelberg. 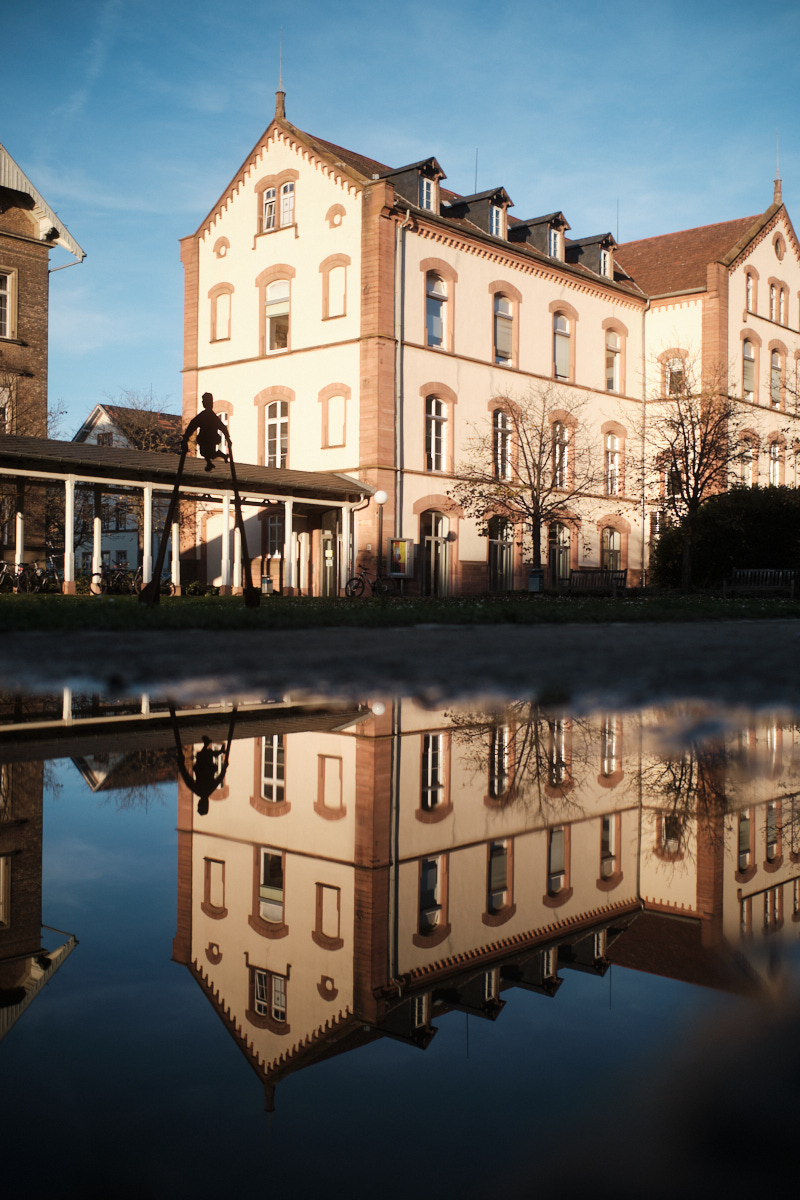 The ‘Luftgänger’ (air walker) shows the way to the museum and acts as its logo. 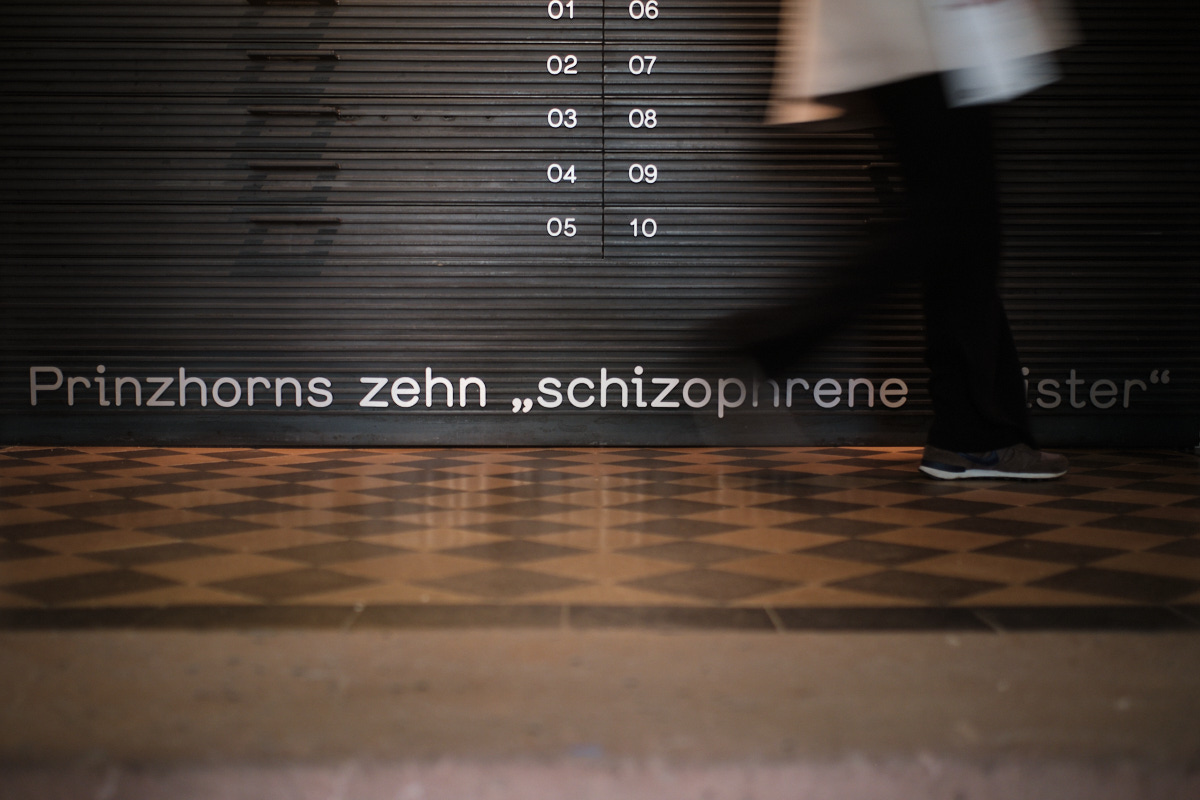 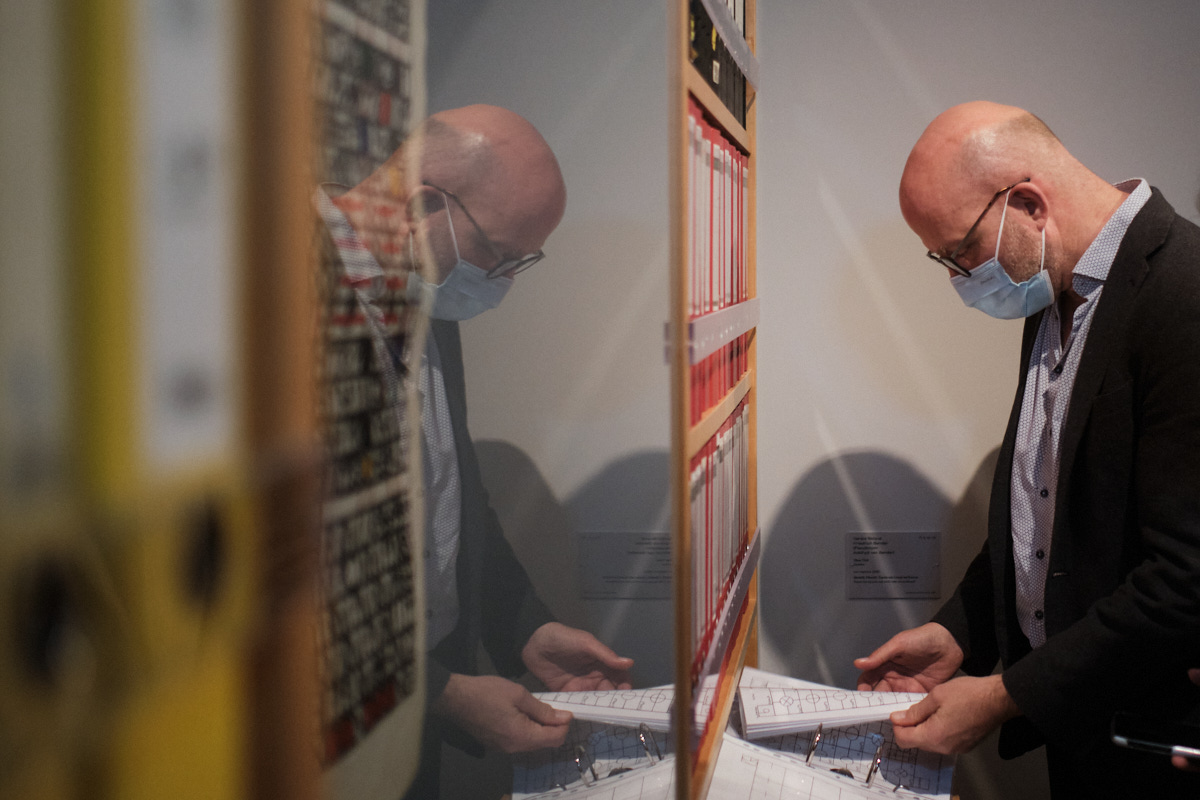 Thomas Röske has been the director since the collection had found its permanent home here. 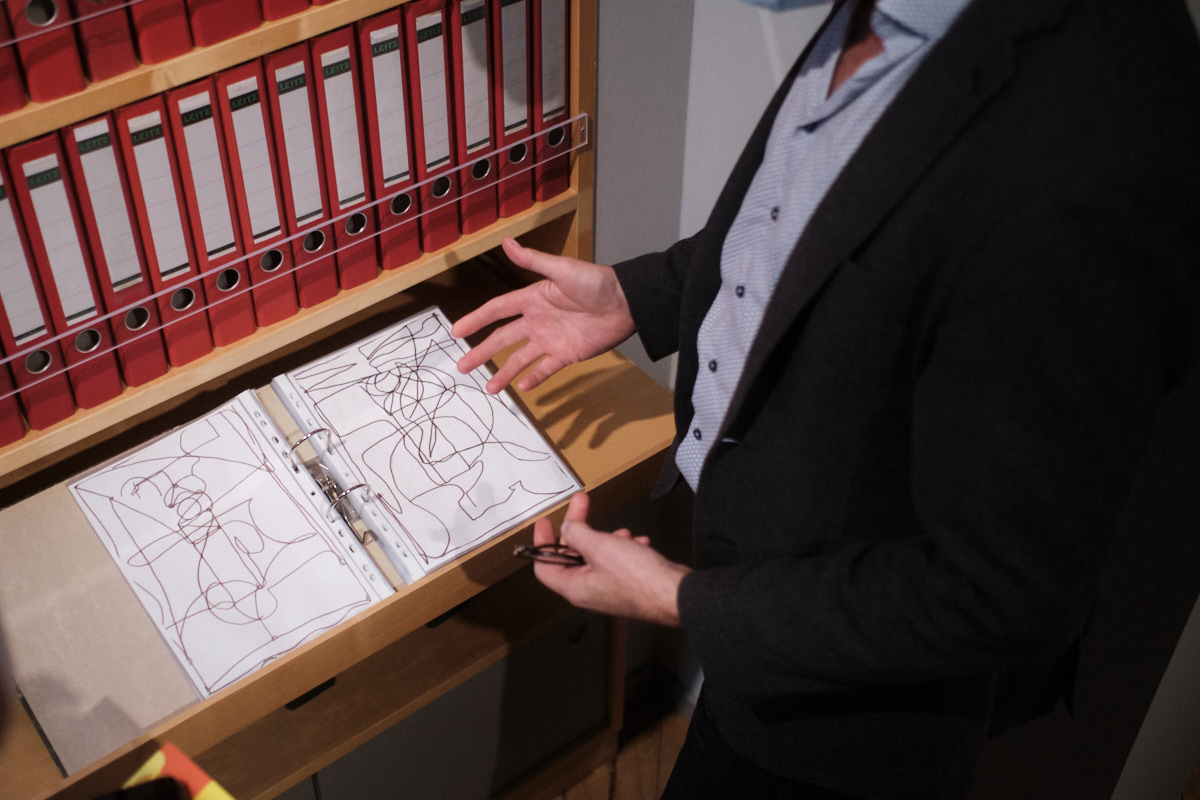 He wrote his doctorate on Hans Prinzhorn. 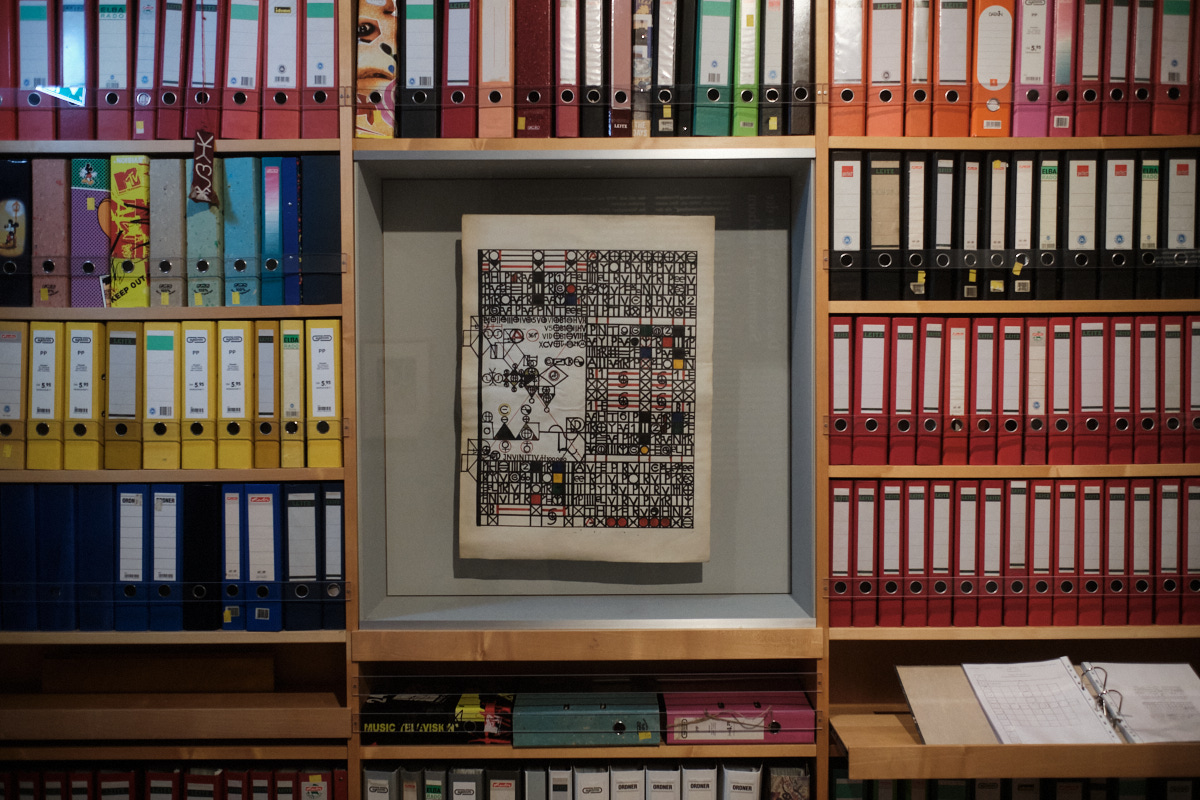 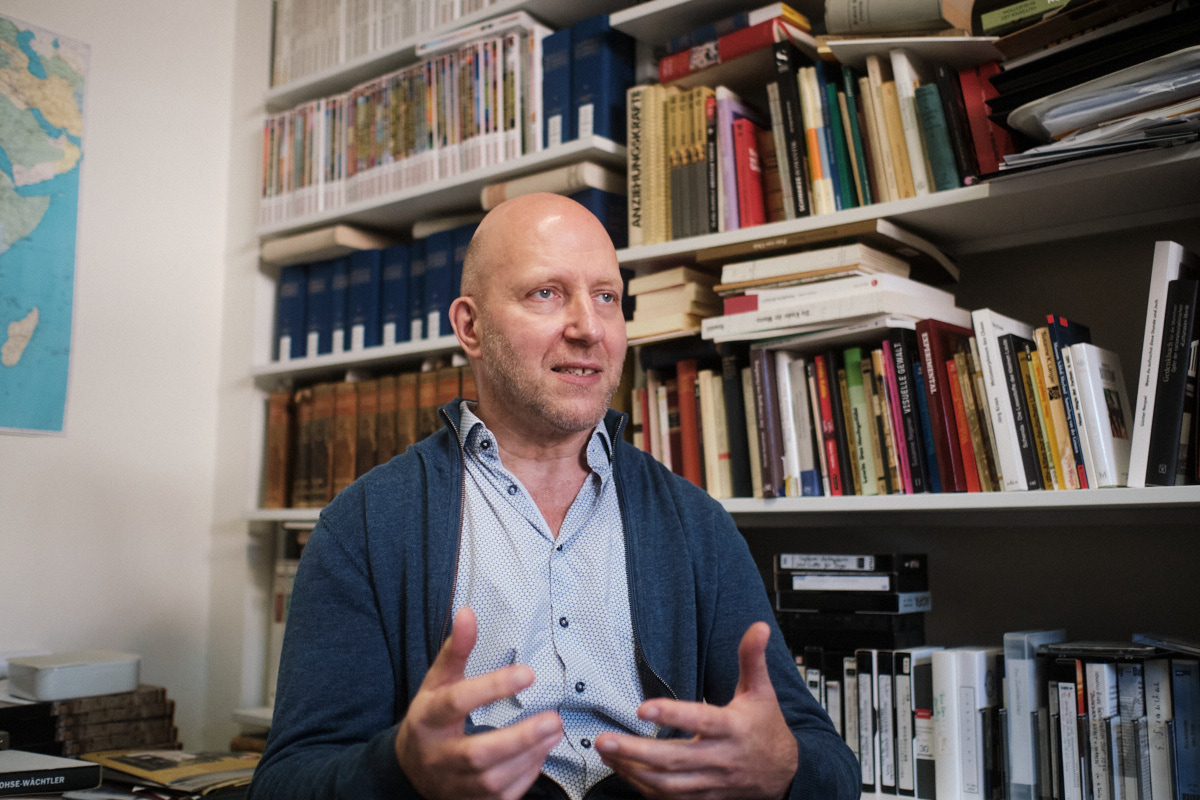 The work Thomas and his team do is also meant to make up for how patients were treated. 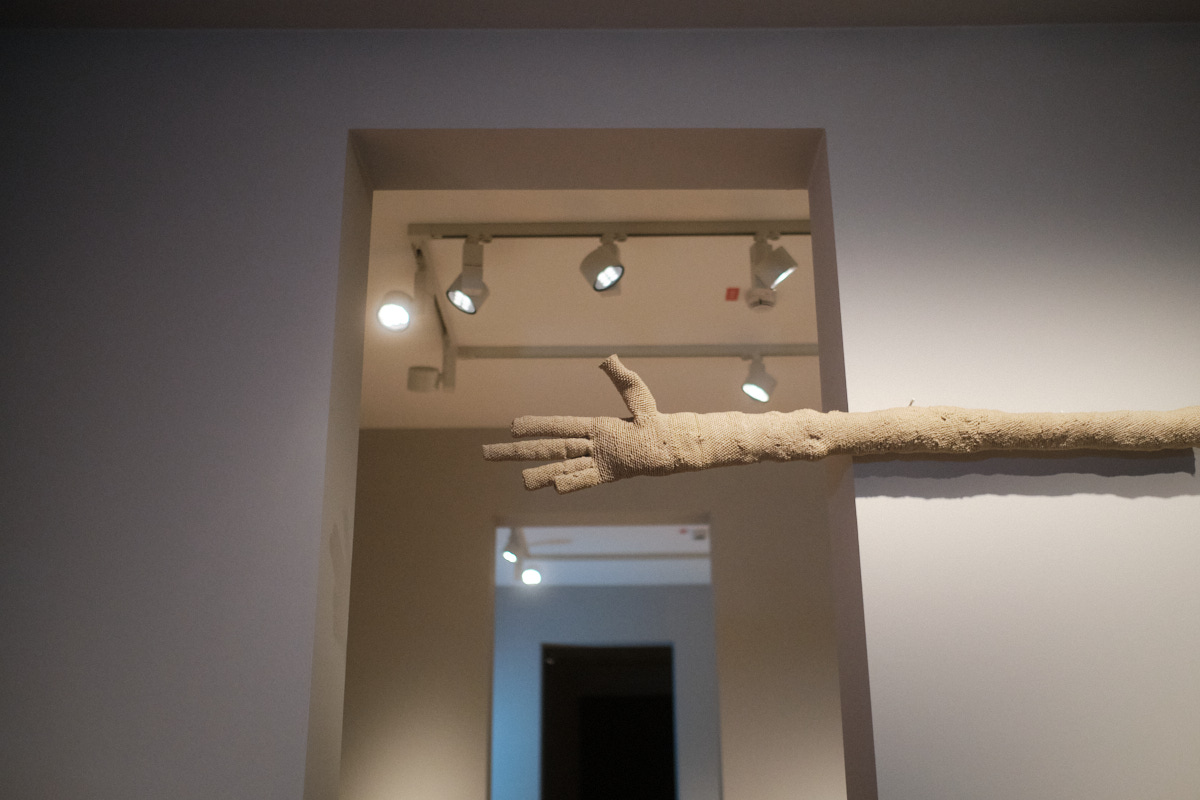 Looking back on his academic career, it seems like all roads—from Hamburg to Frankfurt to London—led out here to ‘the back of beyond,’ as he affectionately calls the place. As an 18-year-old student, Thomas went to see the then largest travelling exhibition of the Prinzhorn collection in Hamburg. This was at the beginning of the 1980s. The years went by for him studying art history, musicology and psychology and earning a doctorate, while the collection from Heidelberg continued travelling through Europe and growing. Thomas’ doctoral dissertation was about the aesthetics and psychotherapy of Hans Prinzhorn, who paved the way and was eponymous for today’s collection. In 2001, Thomas began work in the newly designed Prinzhorn museum, two days after September 11—a date that would throw the western world into a rage.

“The work we do here is also meant to make up for what happenedto them-by giving them back their voice.”

Today, visitors to the museum are greeted by captivating works right upon entering the foyer, such as the work composed of stacked preserving jars in stacks that extend to the ceiling. If you inspect them from close up, the colourful contents become recognizable: a familiar hotchpotch of everyday items and mementoes like handwritten notes, hair, tablet blister packs, tickets, board game pieces, rolls of film. The composition stands for a year in the artist’s life—preserved in 117 jars. Nicole Guiraud created the work during a depressive episode as ‘objects for self-salvation’, as Thomas calls it.

Climbing up a little staircase, you’ll find rooms with changing exhibitions on display to the right. On the opposite side, you can enter the permanent display. Entitled ‘From insane works to outsider art’ it shows about 120 pieces of art from a psychiatric background from the mid-19th century to today.

A familiar figure welcomes you there: Captured on a framed piece of cardboard, the ‘Luftgänger’ (air walker), which became the logo of the collection as a whole, floats in the skies. It was painted by paperhanger Josef Forster around 1916. The impasto paint-application technique used in the painting makes it look somewhat impressionist, with plenty of room for interpretation. For Thomas, it is one of the dearest pieces of the exhibition—because only by means of the medical file do we know that the self-portrait can be understood as ‘man without gravity’—one who has to be tethered to the ground by weights.

Nowadays, people from around the world come to Heidelberg to study works like this one. The exhibits do not only fascinate art enthusiasts, doctors and therapists though. Other artists have been inspired by them, too. From Ernst Ludwig Kirchner to Georg Baselitz, artists have reacted to these works, which are often perceived as particularly ‘pure’ and ‘original.’

Some of the exhibits, like a wall entirely filled with ring binders by Harald Bender, take up lots of space. Hundreds of symbolic drawings exploring the relation between the atom and ovulation rest behind the colourful spines of the binders—arranged neatly and in plastic sleeves. The hand-written letter by Emma Hauck to her husband, on the other hand, invites you to take a closer look. The works are humorous and very moving. Not least because of the context in which they were created.

The exhibition shows all works without making diagnoses or giving further context. This way, visitors can find their own interpretation. They get to know the artworks on display and, in passing, they also learn about the history of psychiatry in German-speaking countries. Many people were put in lunatic asylums after the turn of the century, whereas well-off patients stayed in sanatoriums. Some made their drawings on toilet paper, the latter could afford oil paint and canvas. The madness of a two-tiered health system—in the permanent display contrasting exhibits are placed opposite each other deliberately.

There is also powerful room for Germany’s dark chapters. Wilhelm Werner captures medical crimes from the Nazi period in his pencil drawings from a patient’s perspective. Turning around, a colourful oil painting by Sonja Gerstner will catch your eye. She was in the locked mental ward in East Germany three times. In the end all she could do was ‘escape into the clouds.’ Her mother, Sybille Gerstner, broke the loud silence about mental illnesses that used to prevail and their treatment behind the Wall with her book with the same title.

“The patients’ fates and how some of these people were treated, outrage me,” Thomas explains. “The work we do here is also meant to make up for what happened to them—by giving them back their voice.” The museum director and his team find appreciation most important. They want to give the former inmates and patients their due by honouring them as artists. An extension will be built to pursue this goal even further. But it is still not clear when this will take place. “I will probably hand the keys to the new building to my successor when I retire,” Thomas comments, with a twinkle in his eye.

But he still has lots of plans before he will retire in a few years: like writing a book about artist and clockmaker Heinrich Herrmann Mebes—something that Hans Prinzhorn had wanted to do and was never able to finish. 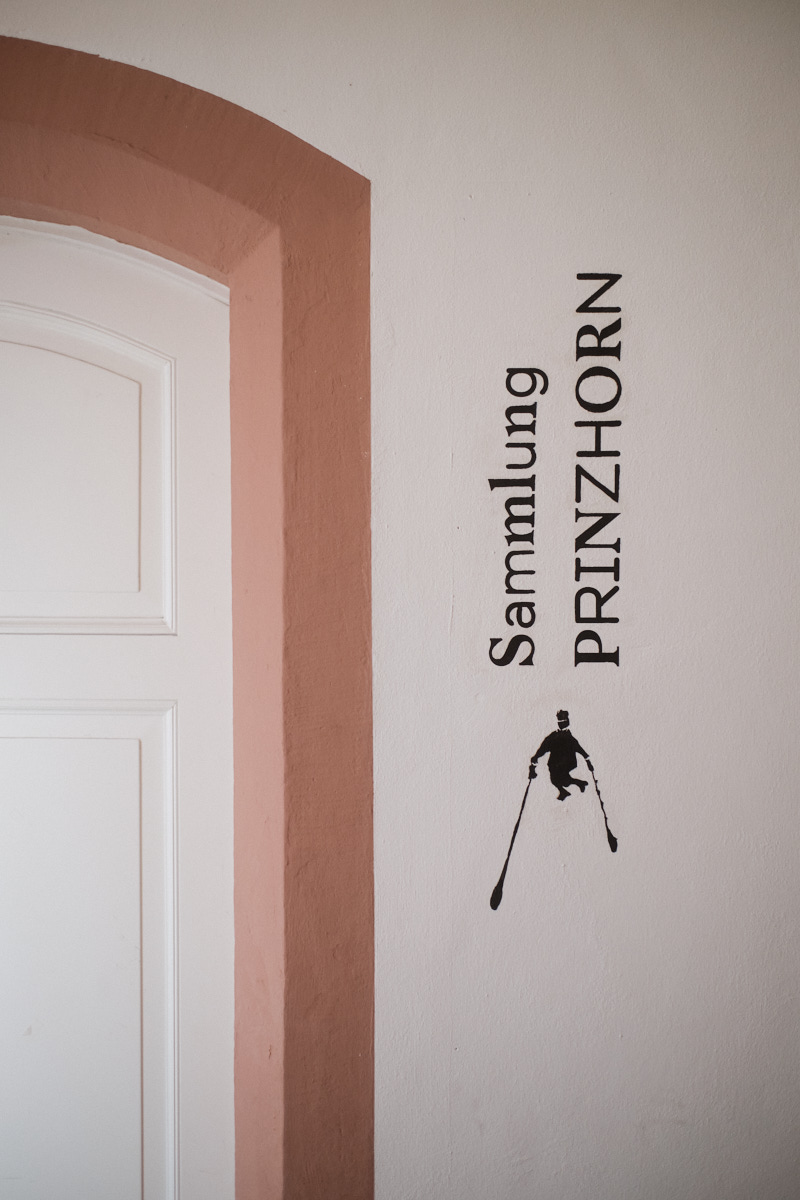 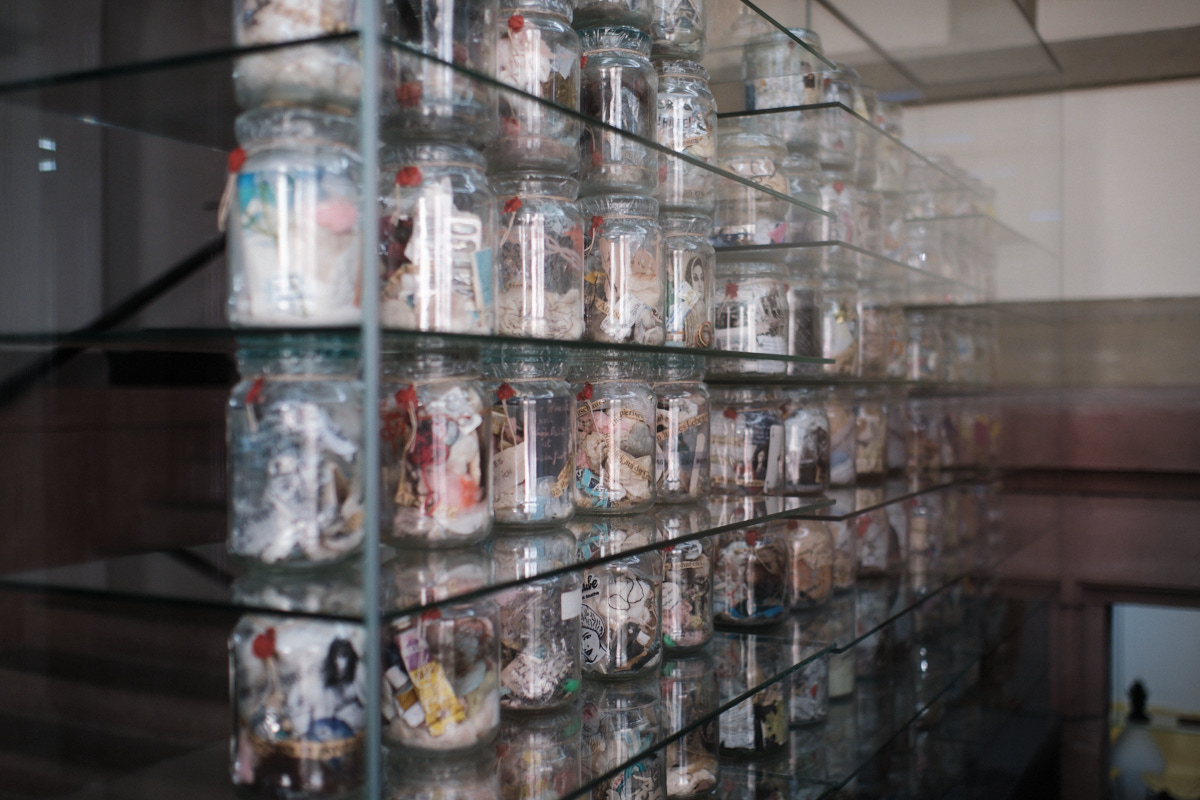 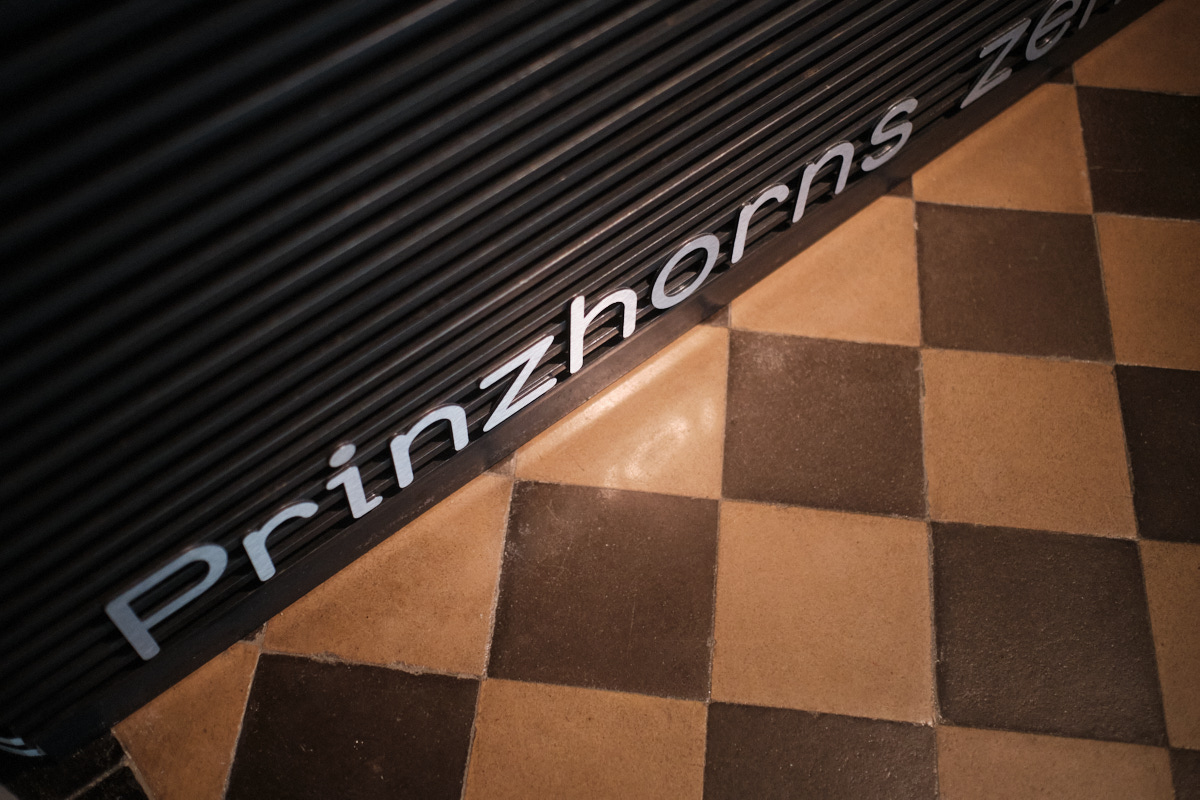 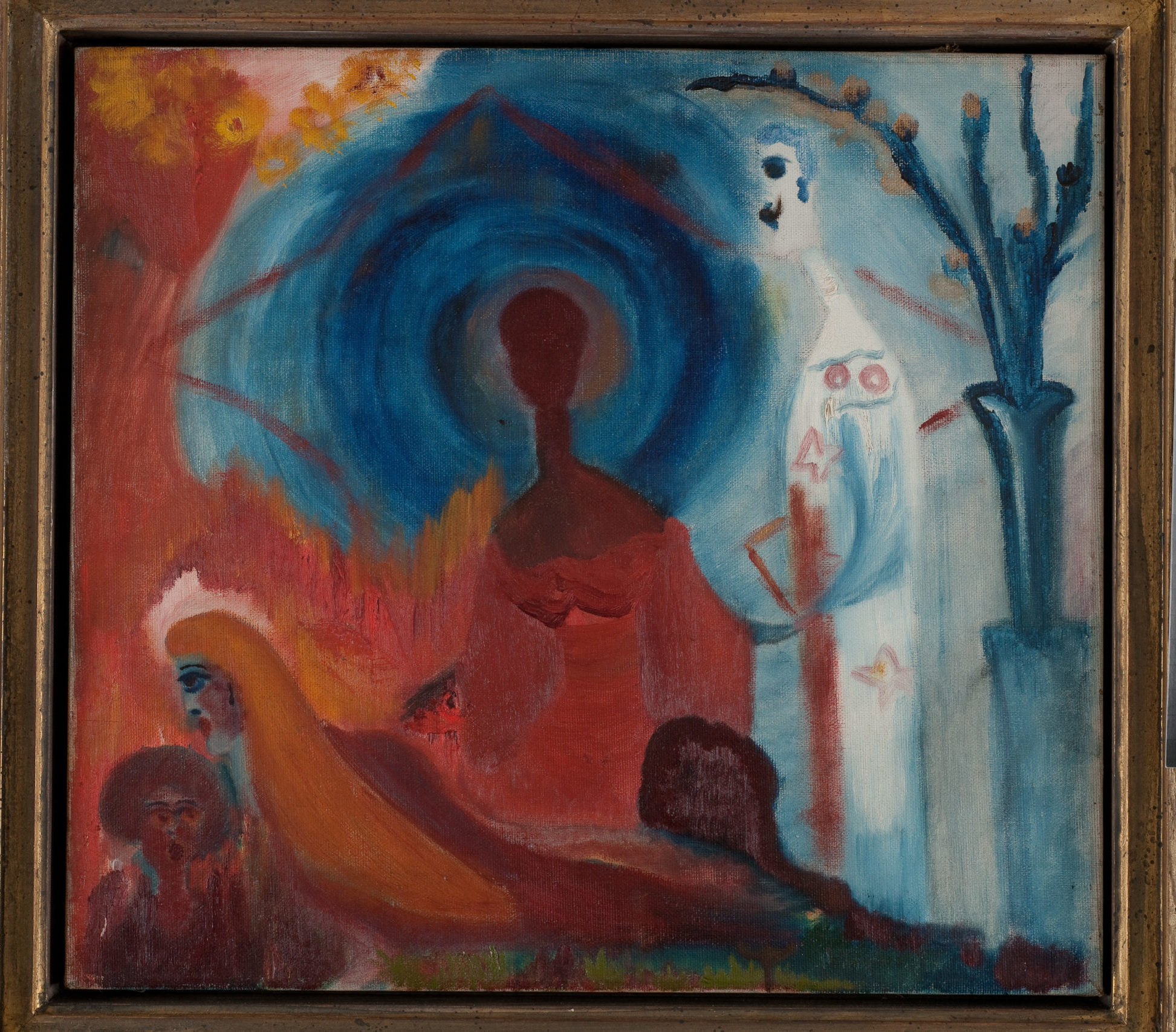 • Else Blankenhorn, an allegory with monarchist couple. Photo: Prinzhorn collection. 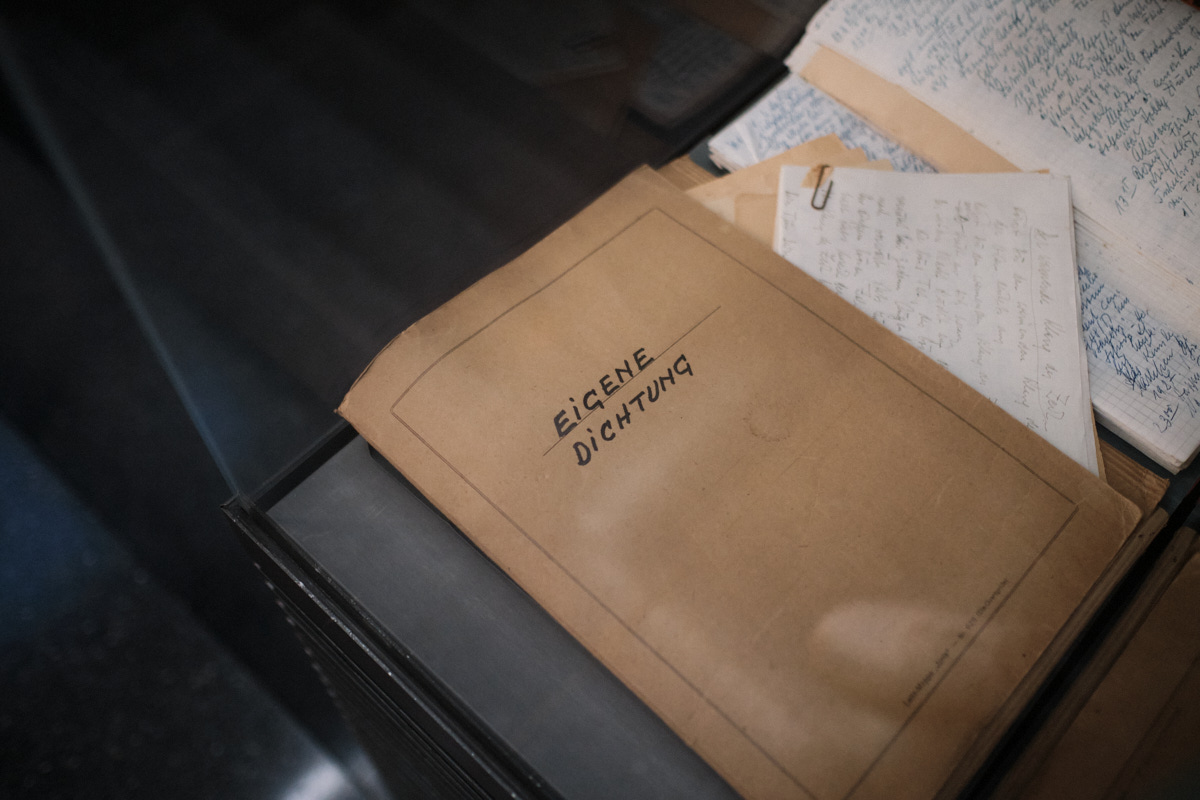 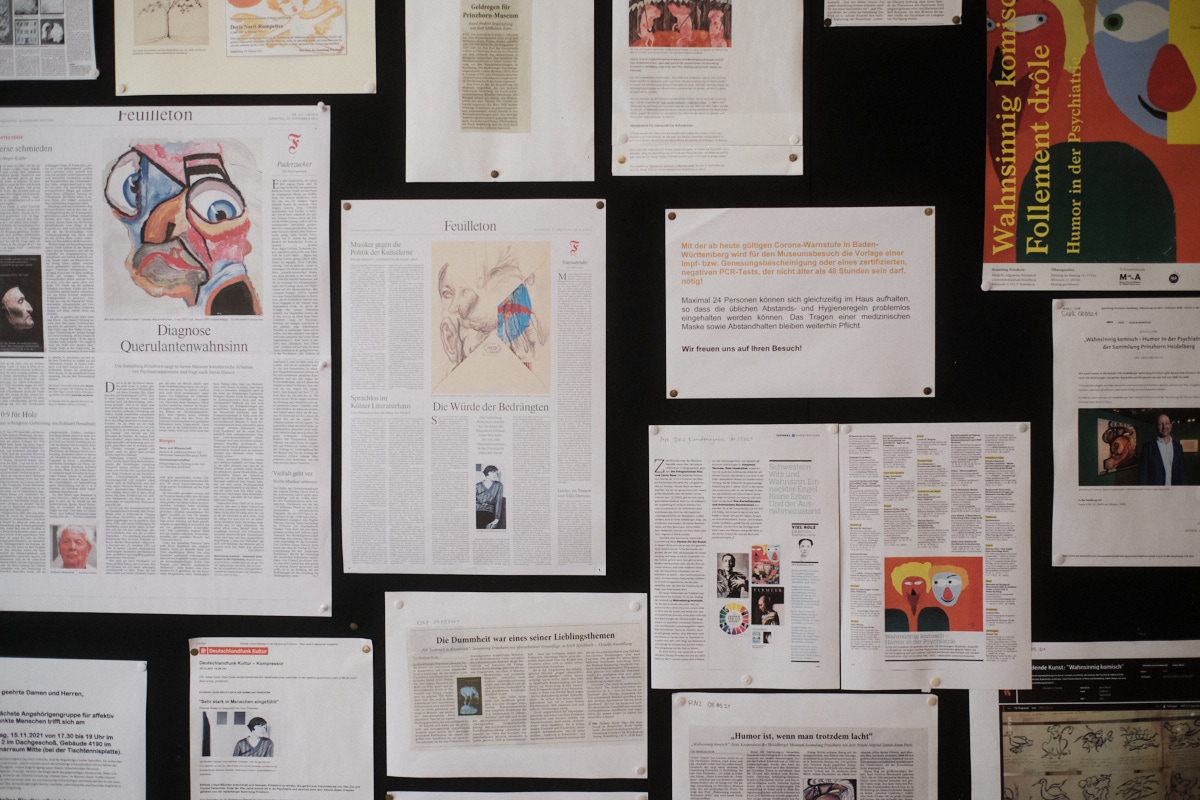 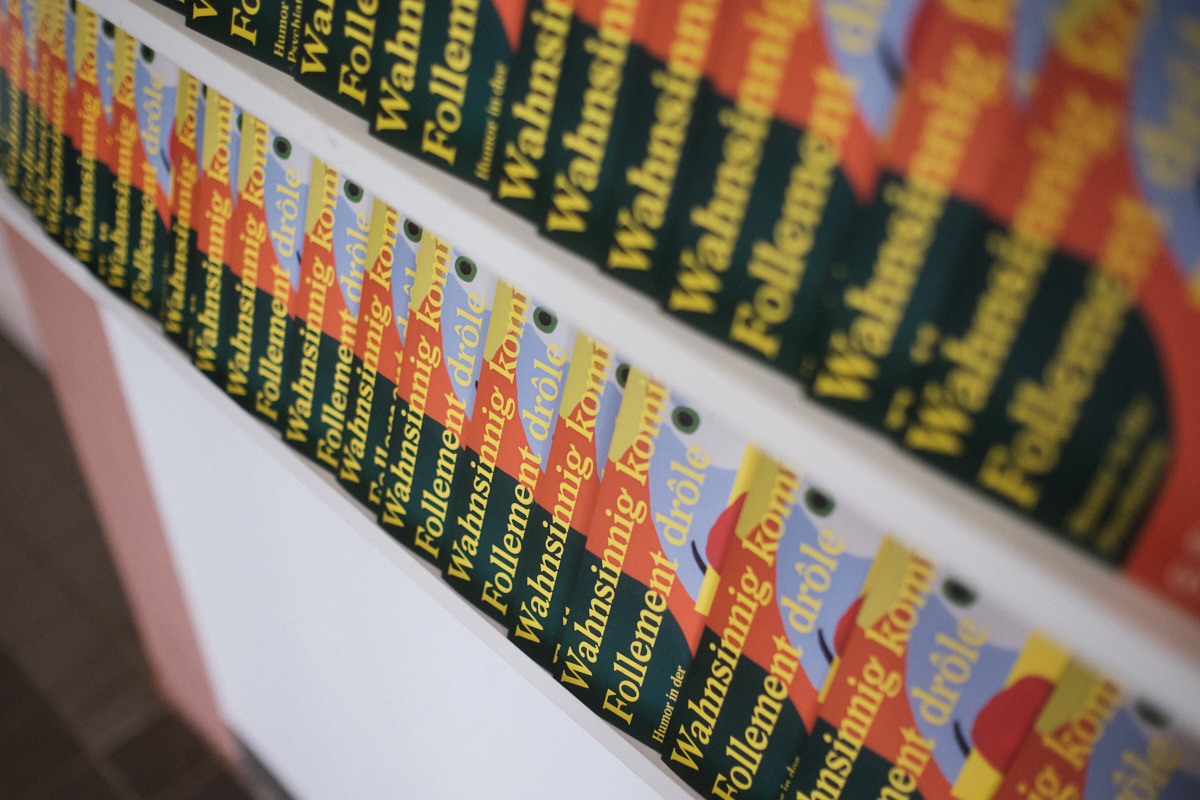 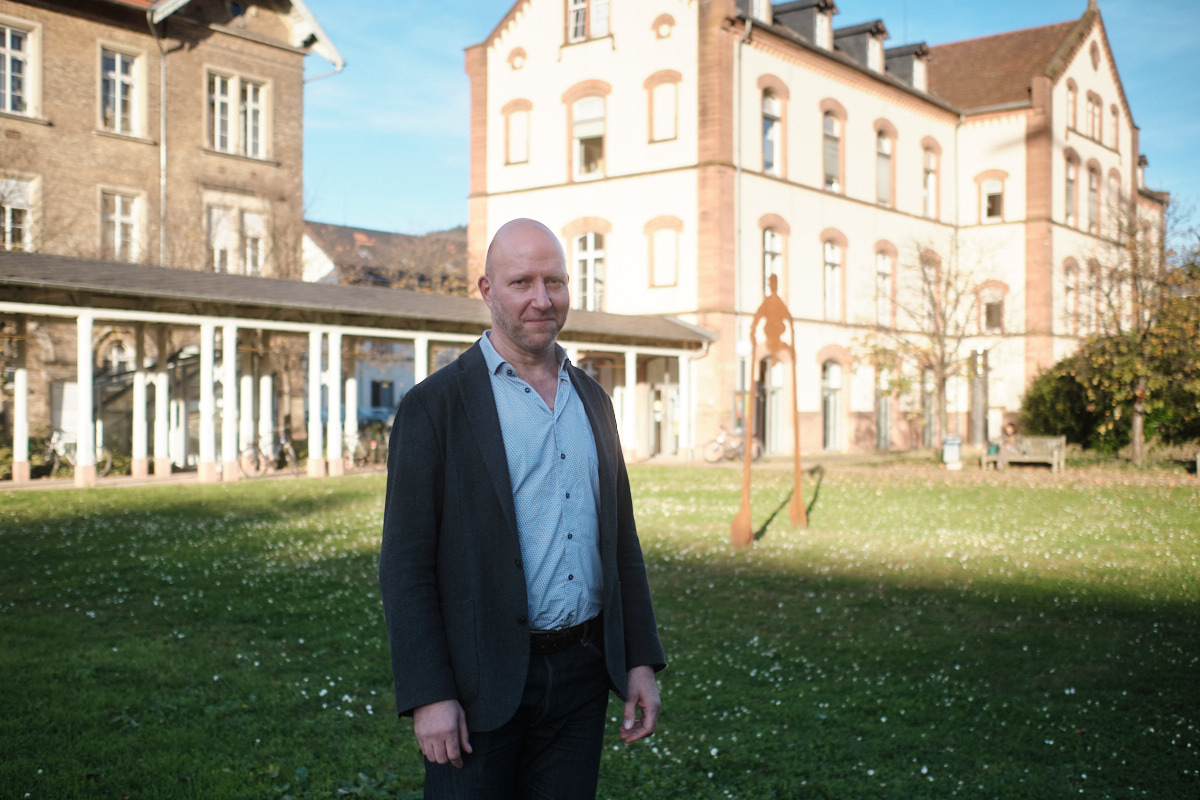