Fifty wine-makers younger than 35, eight renowned wine experts and a big blind tasting event: this is Die Junge Südpfalz, the “young Southern Palatinate.” In 2017, the prize for winegrowers was already awarded for the seventh time. What might sound like a boisterous party to outsiders, is actually the highlight of a year of toiling for the young participants. Under the sun of the Southern Palatinate region, a generation of ambitioned winegrowers has matured, breathing new life into the traditional businesses of their parents.

Driving south along the wine route, the vines swish by in rhythmic staccato. Snow is rare in the sun-kissed Southern Palatinate region, but once it is sprinkled like icing sugar on the roofs, fields and church steeples along the country road, the lanes are almost deserted. Only in the village of Kirrweiler with its 2,000 inhabitants are signs of life: cars are queuing in front of a courtyard entrance. Armed with spade and shield, a little knight is positioned resplendently at the entrance gate of the Hartmann winery. Gazing vigilantly through his bright red spectacles, the cuddly patron watches the happenings in the forecourt. The head of the winery Christian Hartmann insists on taking his clients’ wine boxes to their cars and to cautiously stow them inside himself. “On weekends, it is quite busy here at the winery, when clients from all over the region come here.” He dashes back to the store room and reloads his cart with the six-bottle cases that pile up all the way to the ceiling. 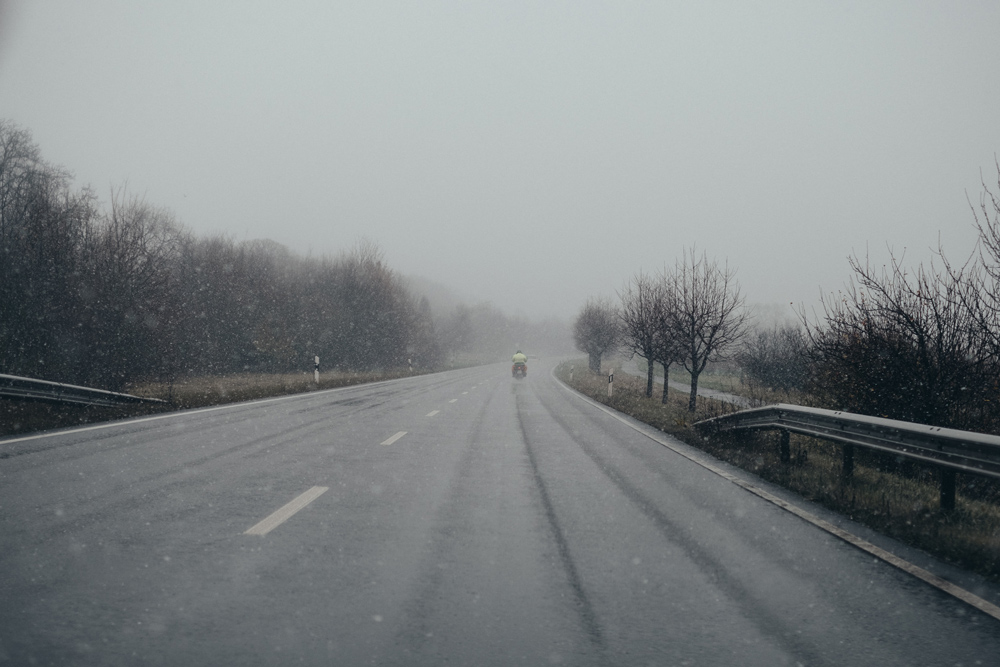 His woollen cap pulled down over his ears Christoph Bauer leans at the entrance of Hartmann’s wine shop. Both men grew up in the Southern Palatinate region and are about the same age. Yet, as opposed to Christian, Christoph is not a vintner, but works in the wine marketing sector. As a social media and PR professional, it is his job to spread the word about these splendid wines, making them known throughout the world on behalf of the association Südliche Weinstraße. “I first met Christian in 2016, when he participated in our contest Die junge Südpfalz – da wächst was nach (The young Southern Palatinate region—something is regrowing there) for the first time. Back then, he was ranked ninth. I am so glad for him that he gained 88 of 100 credit points in the overall rating. He really deserved it.” 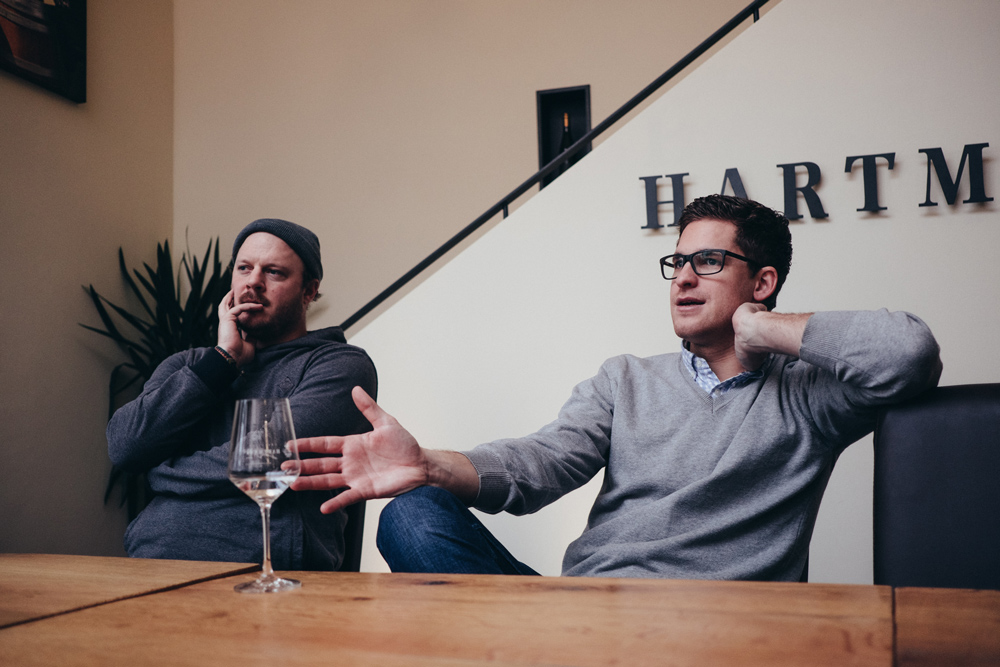 By now, the cars with registration plates from the Palatinate region, from Hesse and Baden-Württemberg have left Kirrweiler. Christian disappears behind the bar counter of the just recently renovated wine shop and returns with three glasses of Scheurebe. “The 2016 vintage is almost completely out of stock. That’s the wine I received most credit points for. I can still hardly believe that it turned out that way already at the second try.” 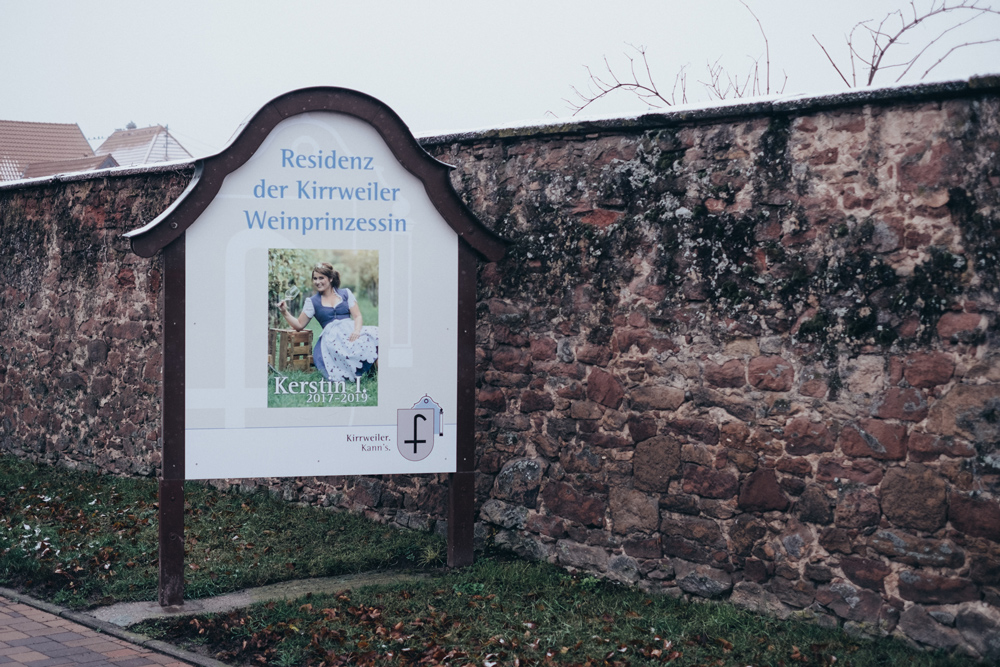 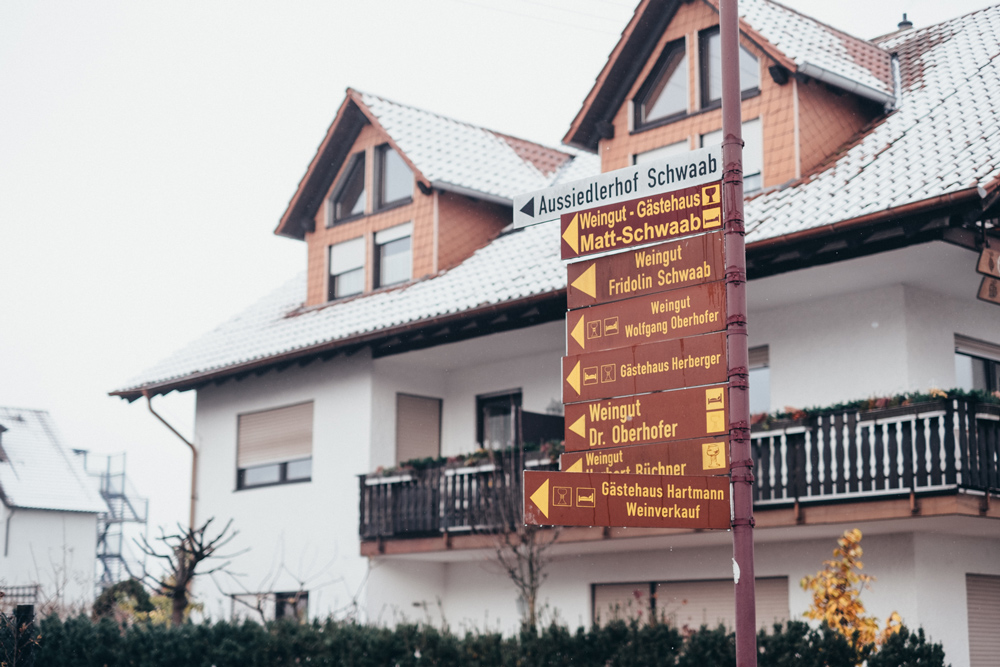 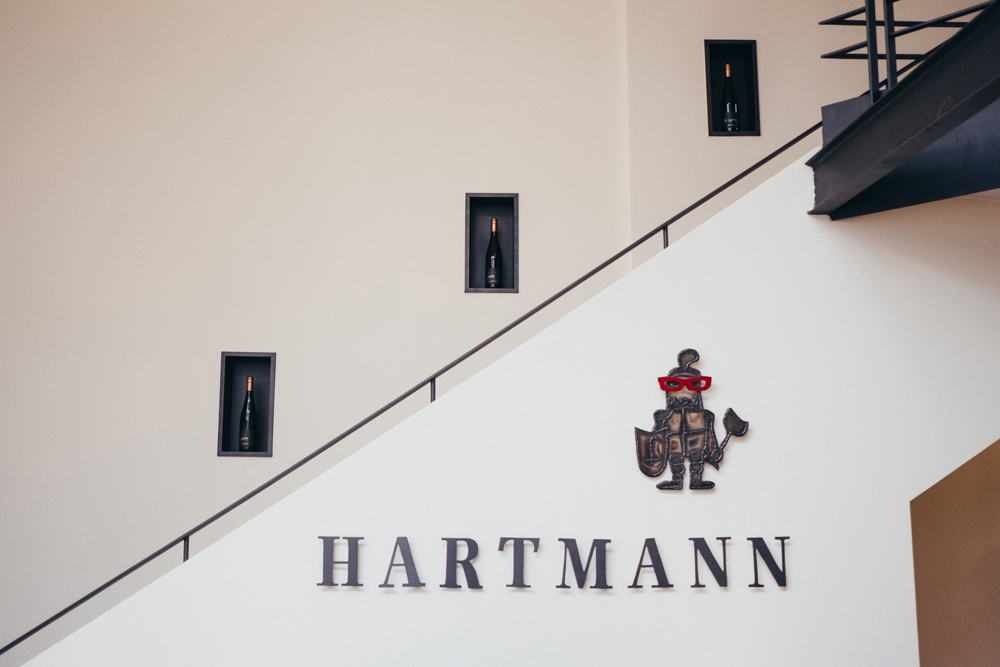 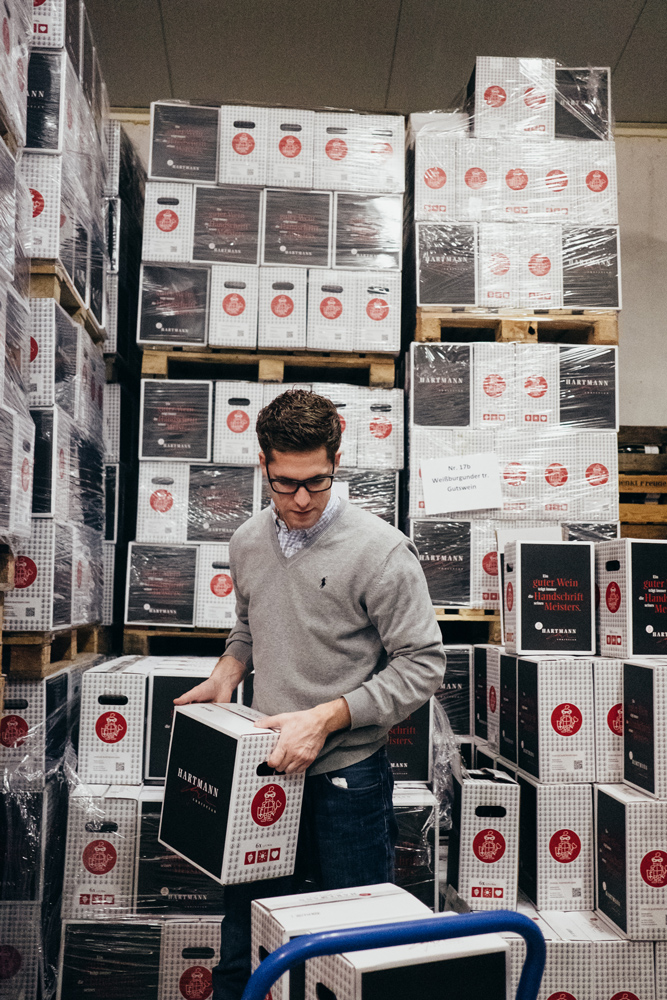 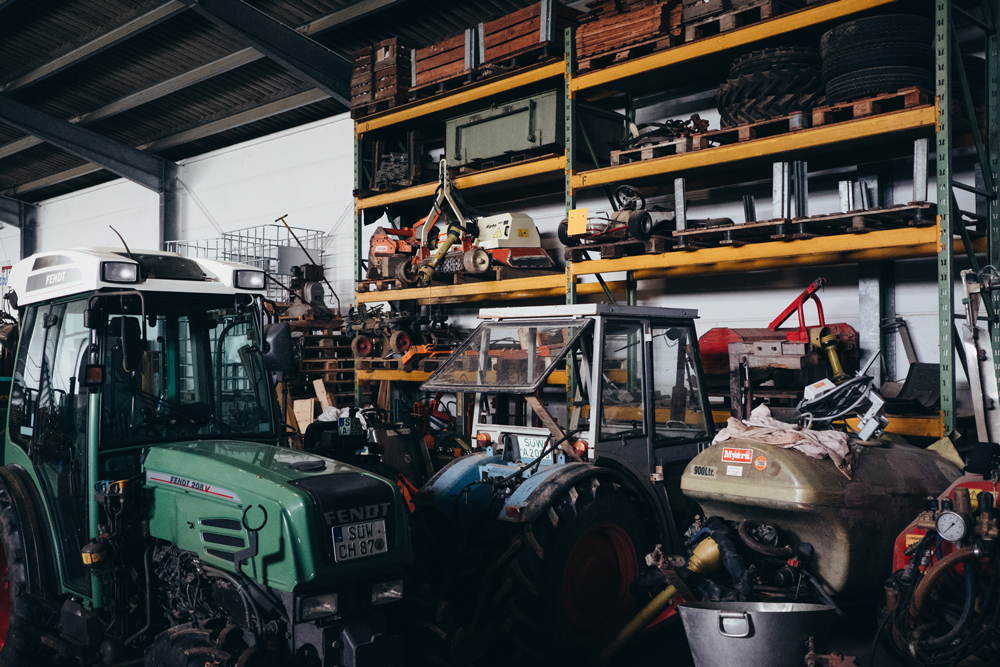 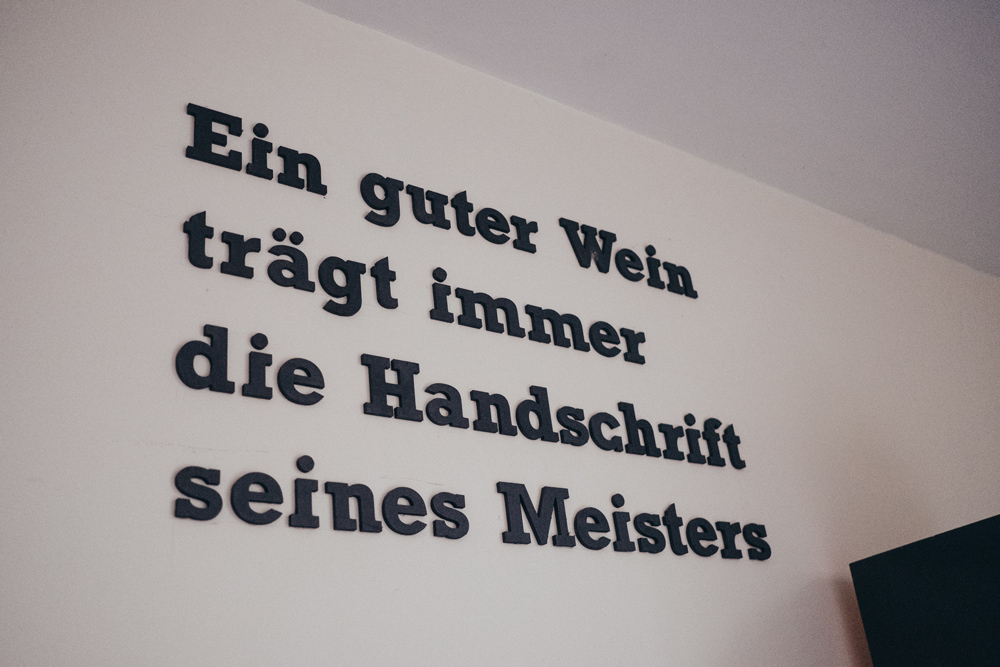 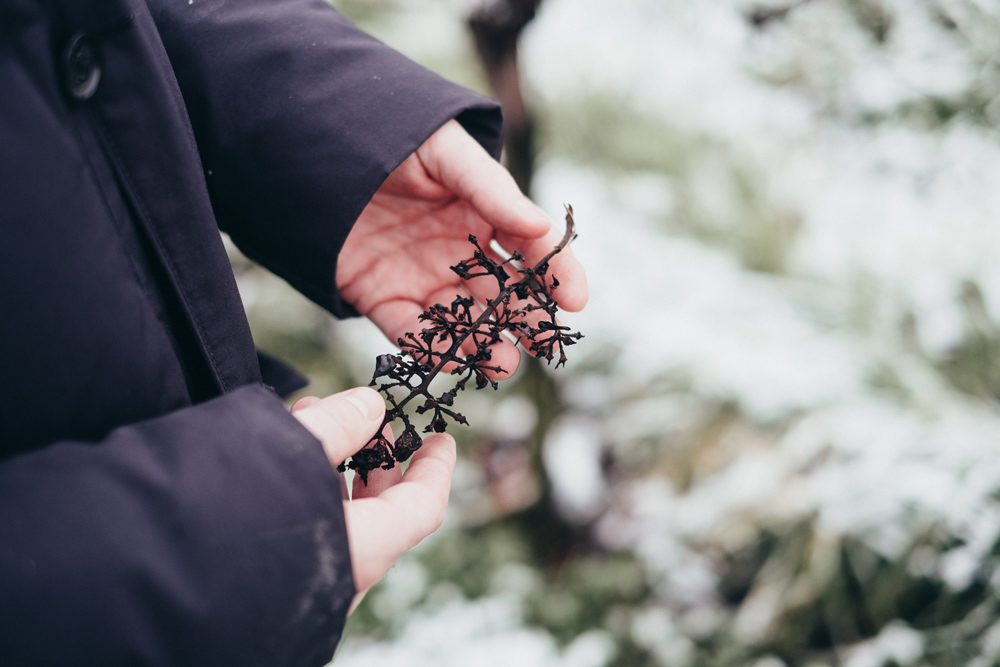 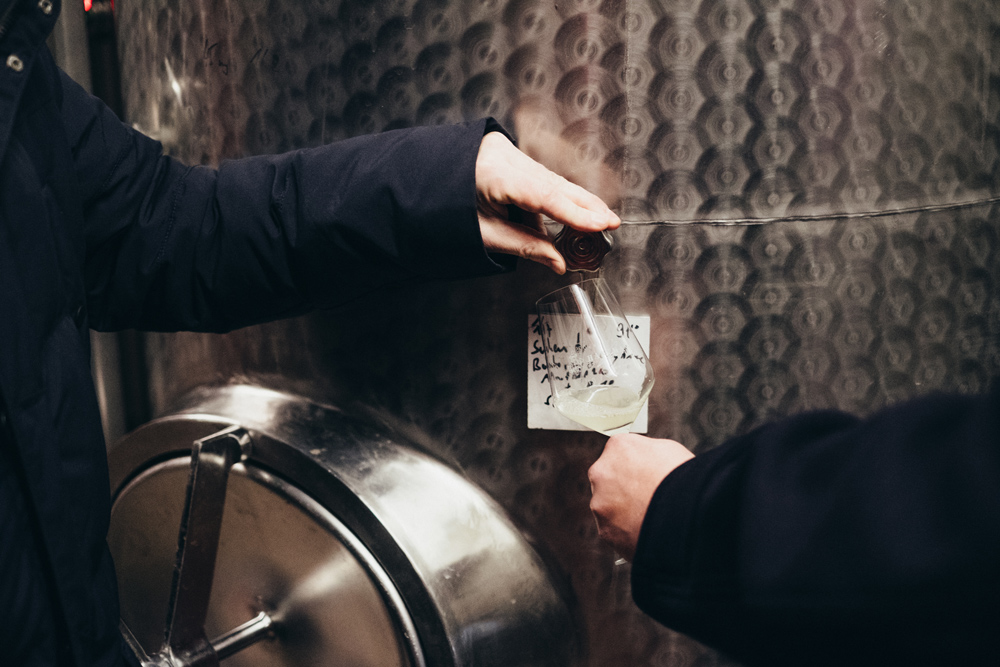 In the final round of the competition Die junge Südpfalz – Da wächst was nach the twenty best winegrowers of the region compete with each other. According to a fixed scheme of grape varieties the competitors present five of their wines. A panel of renowned experts comprising of eight professional wine tasters, sommeliers and journalists sniff, sip and gargle their way through 100 anonymised glasses. Amongst them are some of the sector’s big names: Nathalie Lumpp, who—due to her TV appearances—became Germany’s best-known wine expert, the wine journalist and chairman of the jury Jürgen Mathäß, Professor Ulrich Fischer of DLR Neustadt (the service centre for rural areas in Neustadt) as well as five other experts whose judgement is very influential amongst Germany’s wine enthusiasts. Becoming one of the top-ten wine-makers qualifies for next year’s competition, if the age limit still allows it.

“In general, every winegrower from the Southern Palatinate region can participate if he or she is under 35 and the person in charge of the maturing of the wines at the winery. With these criteria we want to encourage the change of generations to take place earlier than it used to be the case in the past.”

Christoph Bauer knows that the young and excellently trained generation of vintners has played a big part in boosting the quality of the wines during recent years. “Even with today’s mid-range wines you would have been amongst the first of the competition Die junge Südpfalz – Da wächst was nach some years ago—a lot has been achieved since then.” 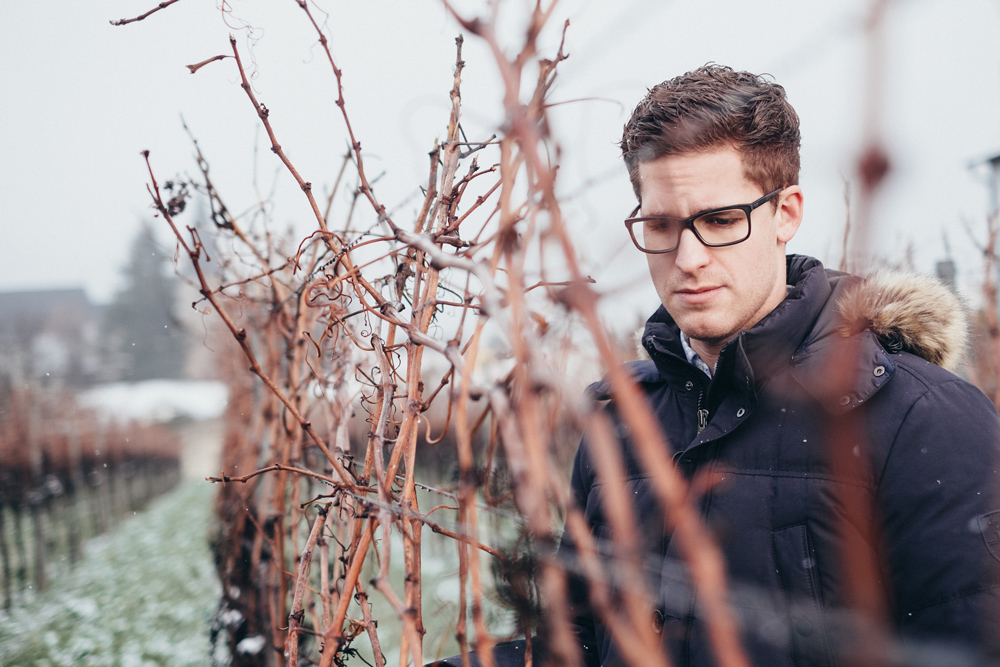 29-year-old winegrower Christian Hartmann had considered his first participation carefully. “To participate without having a real chance was not an option for me. During the last years, we did everything we could to improve the quality of our wines. My father died after a long illness in 2011. The quality of the wines suffered and we had to sell the wines very cheaply in order not to be left with our produce. During my training as a viticulture technician, I was unfortunately unable to support my mother sufficiently; but ever since I finished my training I have invested all my energy in our winery business. Slowly but surely we are getting where I want to be.” 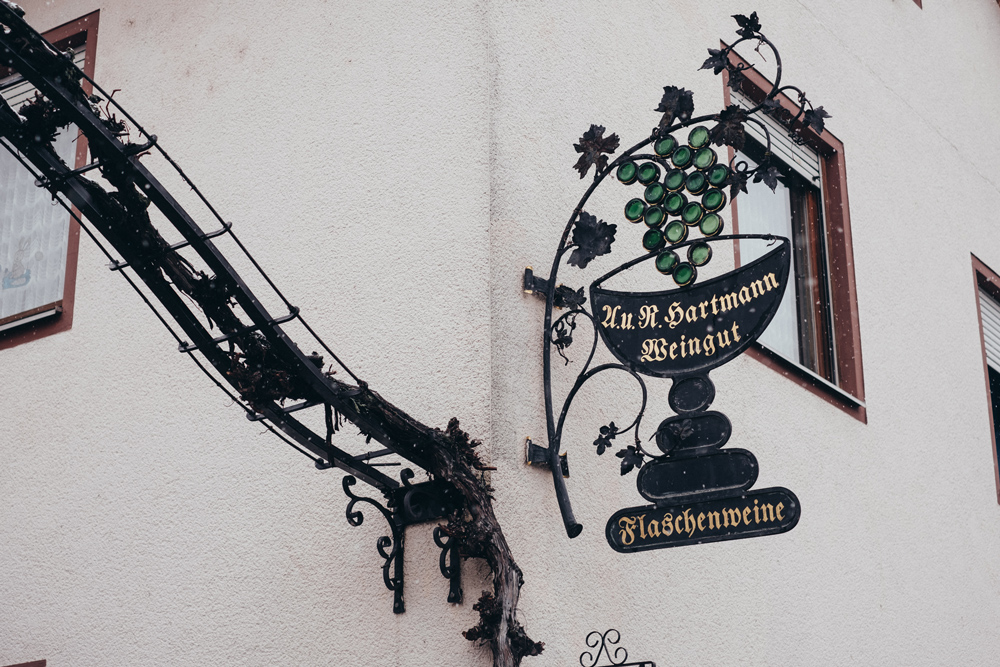 Yet, even the most thrilling mineral top-Riesling can be left lying around in the cellar unrecognised. To make sure that this does not happen Christoph Bauer and his colleagues spare no effort. Untiringly, they beat the promotional drum for the produce of the approximately 600 winegrowers of the Southern Palatinate region. “From Speyer to Düsseldorf we are present at all the important trade fairs of the industry. We bring hoteliers, restaurateurs and winegrowers together. We take care that wines from the Southern Palatinate are served at the Echo as well as the Bambi Awards. Last year, six of our young vintners even were at the film festival in Cannes and were able to present their wines at the after-show parties.” 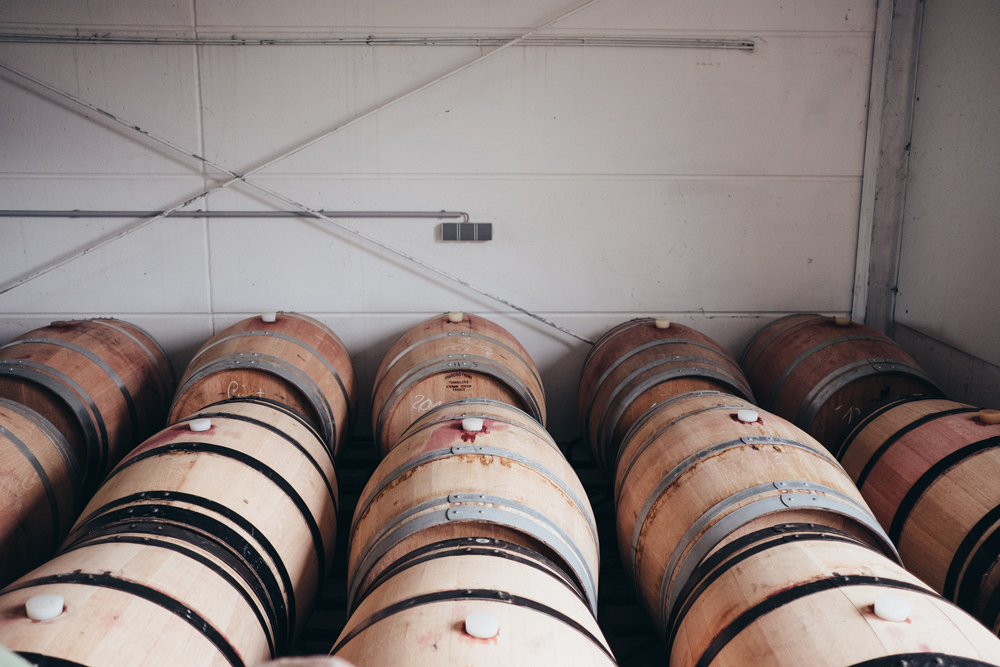 Even though the world of the rich and famous might be exciting, you can easily sense Christian Hartmann’s relief at the fact that the future of the family business is secured after years of worrying. “What counts for me is the great community which evolved from the contest. The bottom line is, we winegrowers from the Southern Palatinate are all in the same boat. We support each other, give each other advice and are there for each other in spite of the competition. We are now connected in a WhatsApp group where we post things like: ‘Damn, my yeast isn’t fermenting. Can someone please help?’ Or: ‘I urgently need one thousand litres of Merlot. Any ideas what I could do?’” 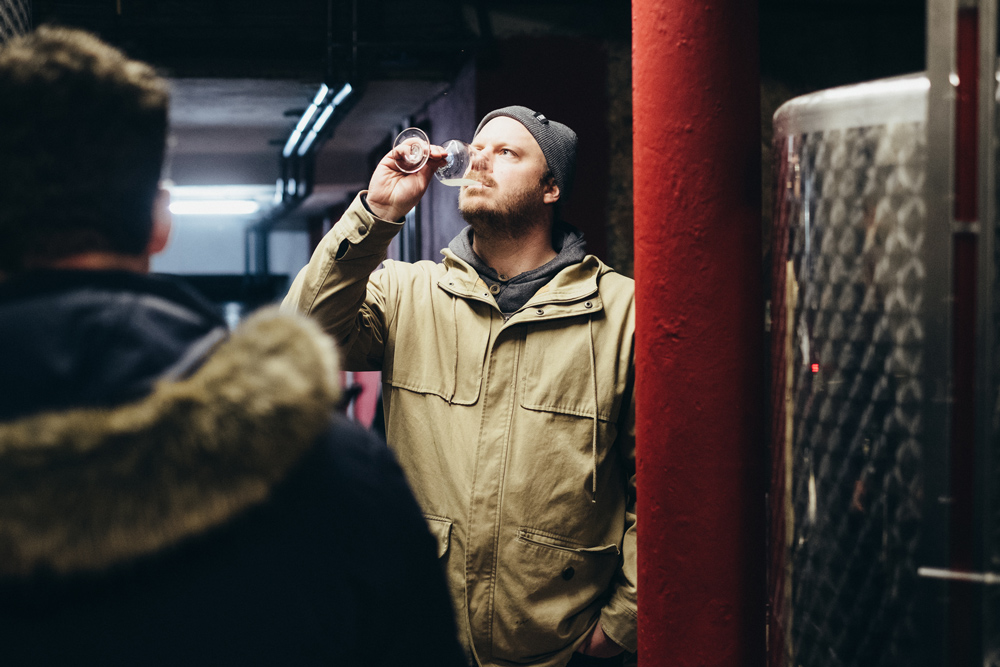 On the one hand, the attention of the international wine scene is directed towards the Southern Palatinate region; on the other hand, real friendships can evolve by mutual events. This surely is regional networking at its best. 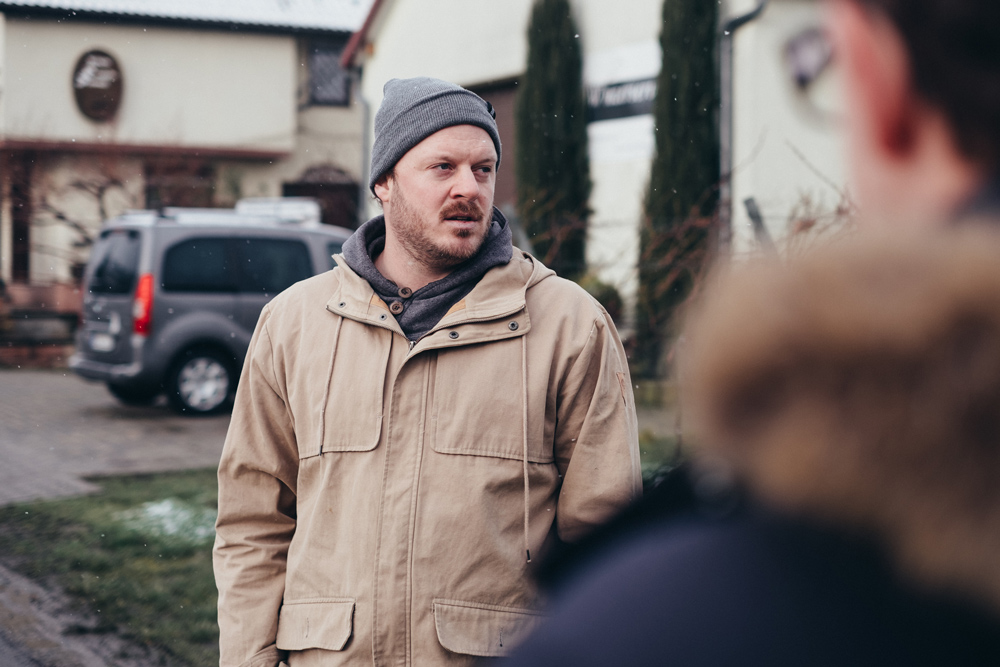 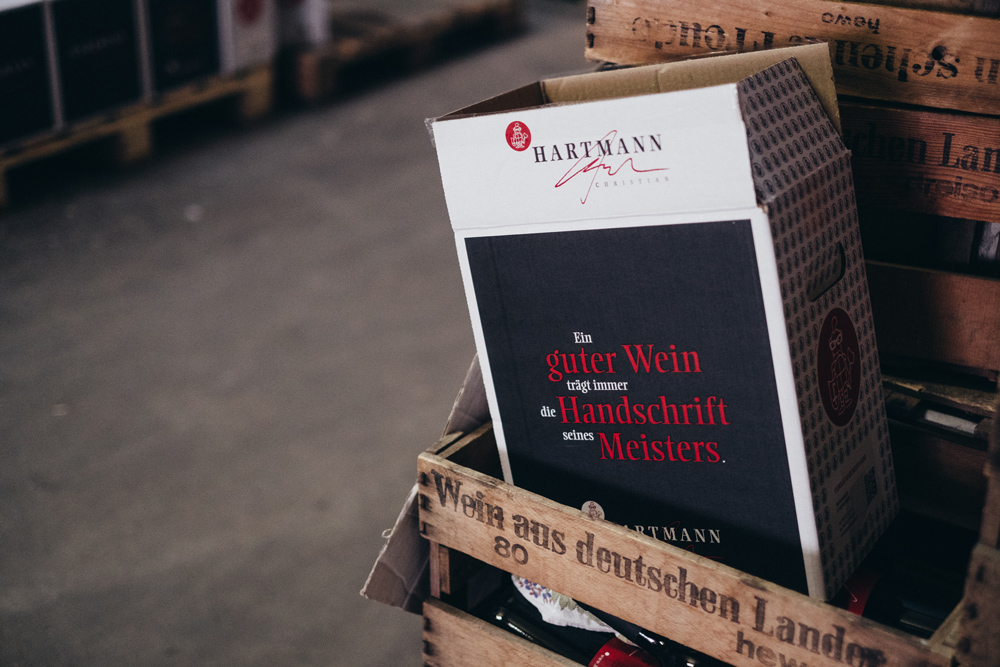 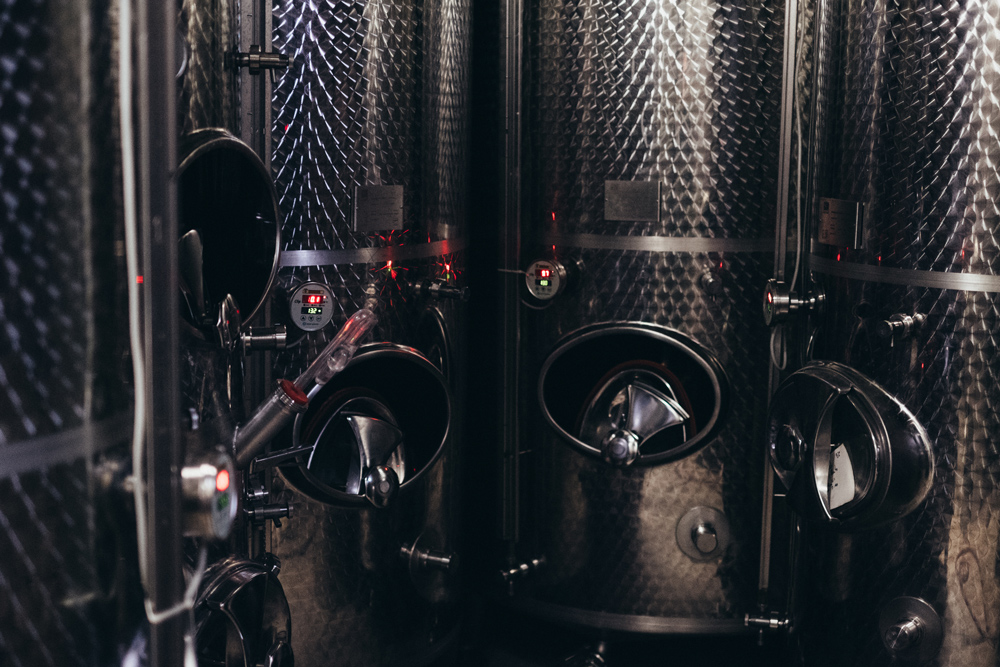 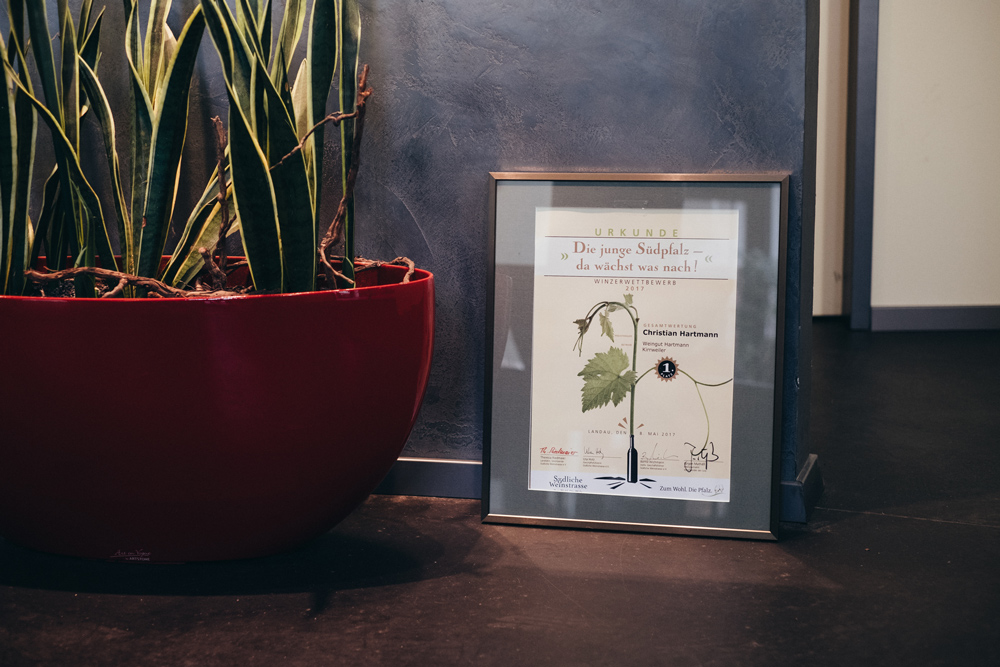 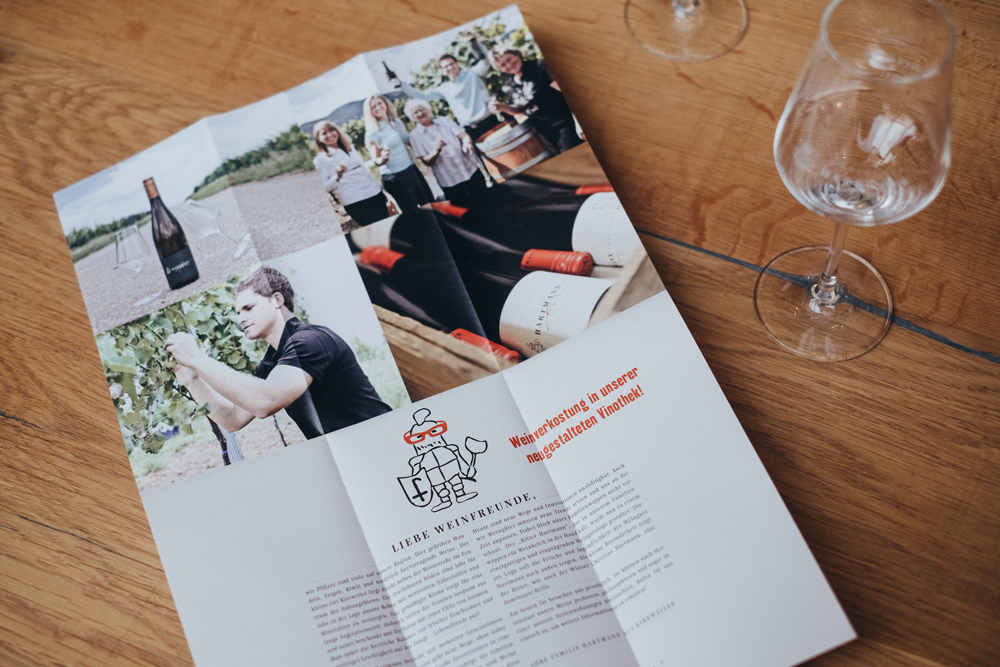 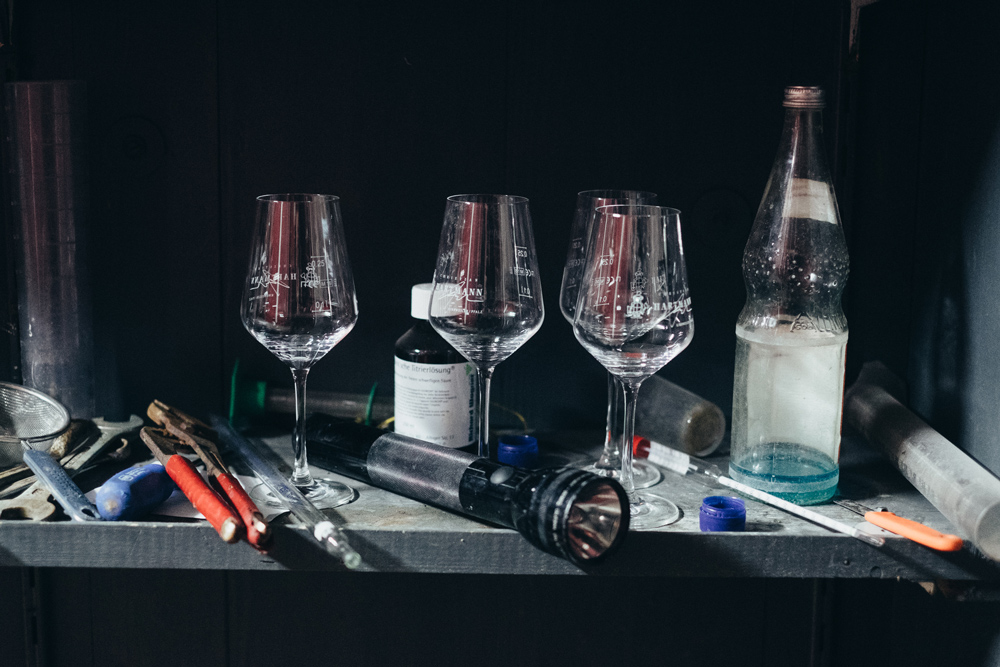 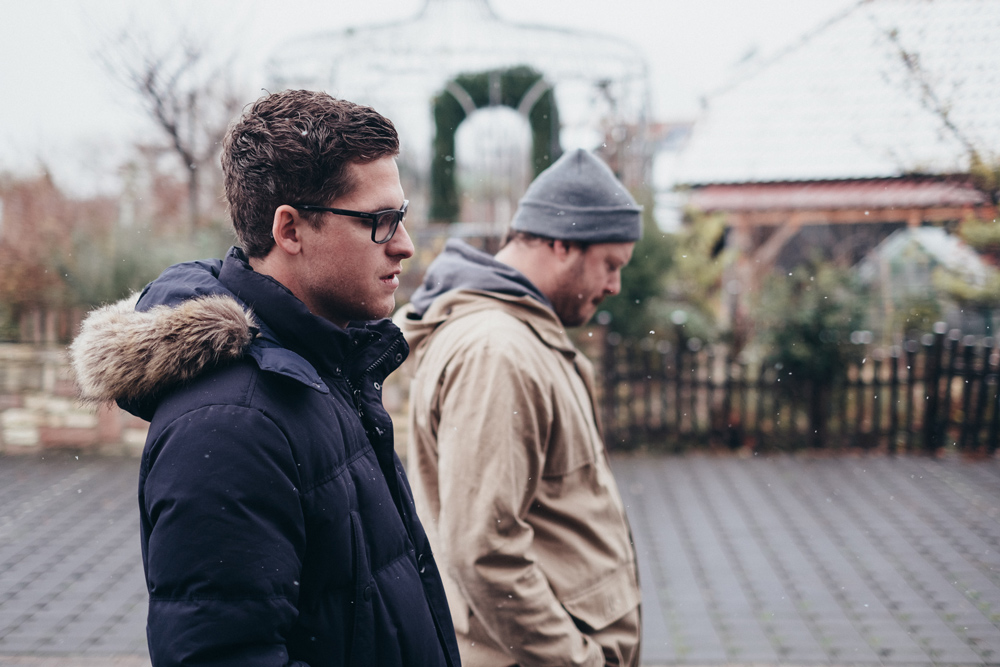 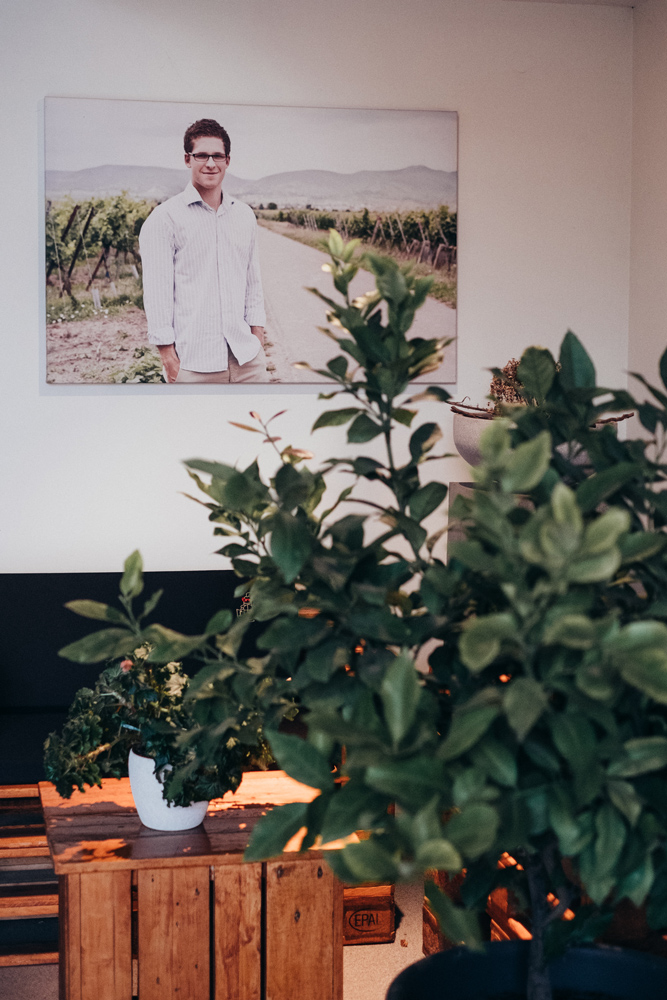