The world of birds in one park

Feathered beauties and lots of helping hands: The Vogelpark (bird park) in Schifferstadt is a popular destination, a place of education and a rescue centre all in one—you can pay a visit to macaws, myna birds and emancipated emus.

There is no other Otto in the world. His chest shines in orange, the wings green and blue—a parrot can look like this only when he has parents from different species. And this three-coloured half-breed macaw in the Vogelpark Schifferstadt has witnessed nearly every visitor entering and leaving the park over the years. Otto was one of the first inhabitants of the park when it opened its doors for the first time at the beginning of the 1960s—Otto being the tender age of 20 back then. The feathered Methusela is about 80 now—an age you wouldn’t expect when you watch him climbing in the branches or clinging onto the grating. 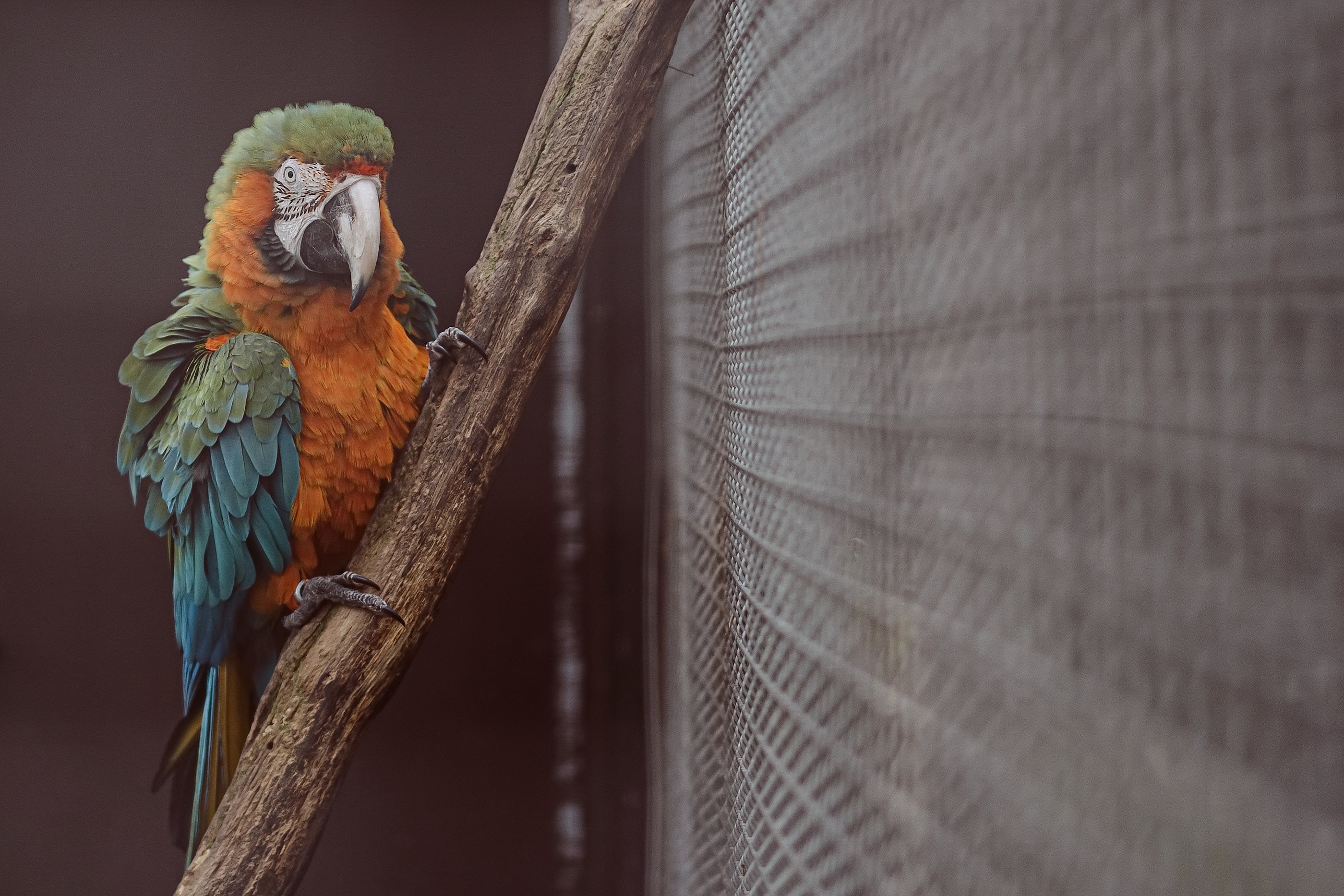 Otto: The feathered Methusela is about 80 now.

You can hear the bird park’s inhabitants even before you see them—hundreds of voices babble in the forest south of Schifferstadt: king parrots screech, geese trumpet, canaries chirp. White storks have moved into a high-altitude nest, peacocks strut around freely across the park and the roofs. “We let them prance about. They sleep in the trees at night,” says Peter Tiesler. 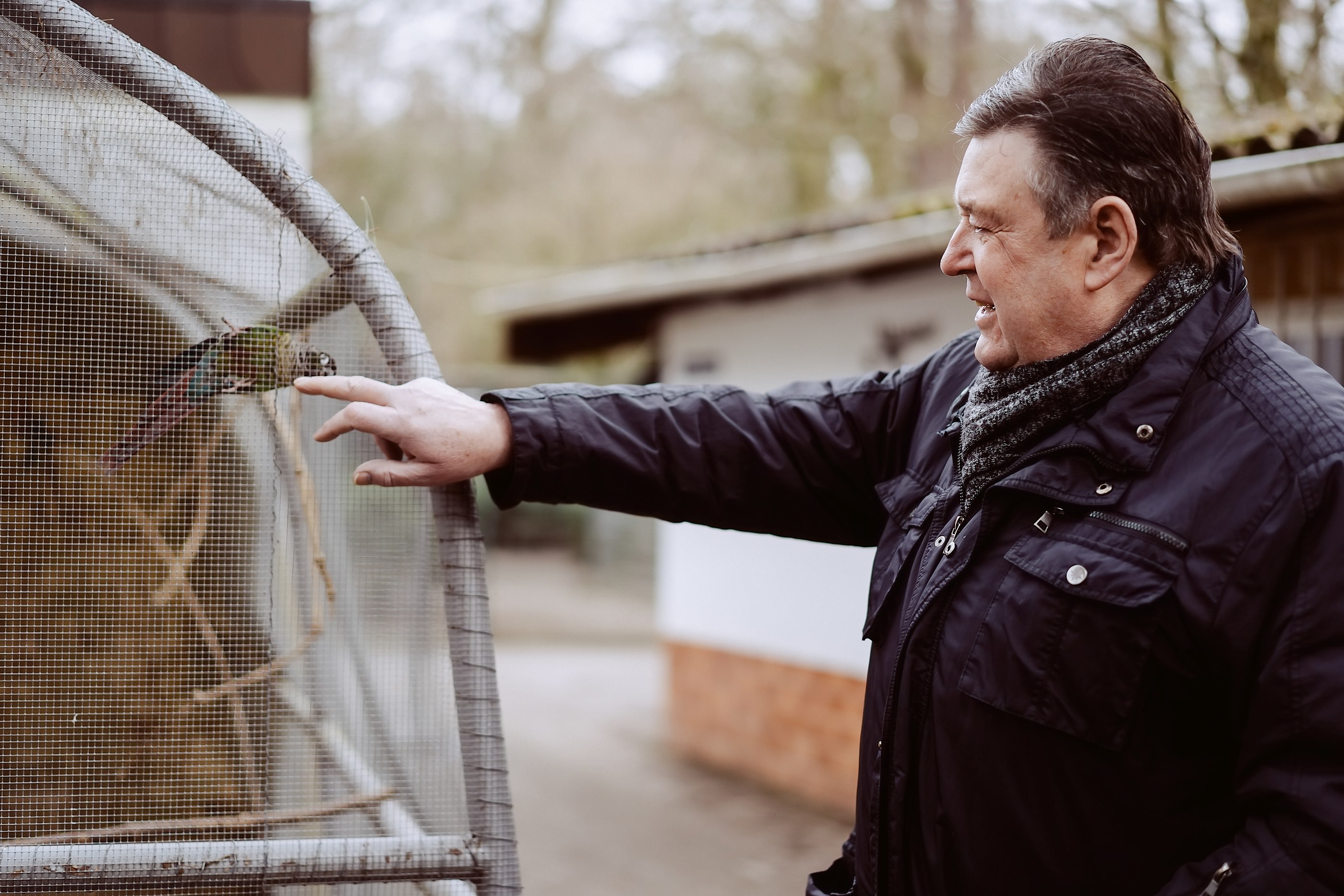 The First chairman of the Vogelschutz- und Zuchtverein 1955 (bird protection and breeding club) in Schifferstadt waits at the entrance. He comes to the park every day—arrives between seven and half past seven and stays till round about noon. Peter guides us to the little green pavilion at the centre of the park. “This is the germ cell,” says the chairman. This lonely pavilion in the woods was the only installation when the first group of idealists came together in this place to do something to foster the world of birds back in he 1950s—for indigenous species as well as for those from distant lands. 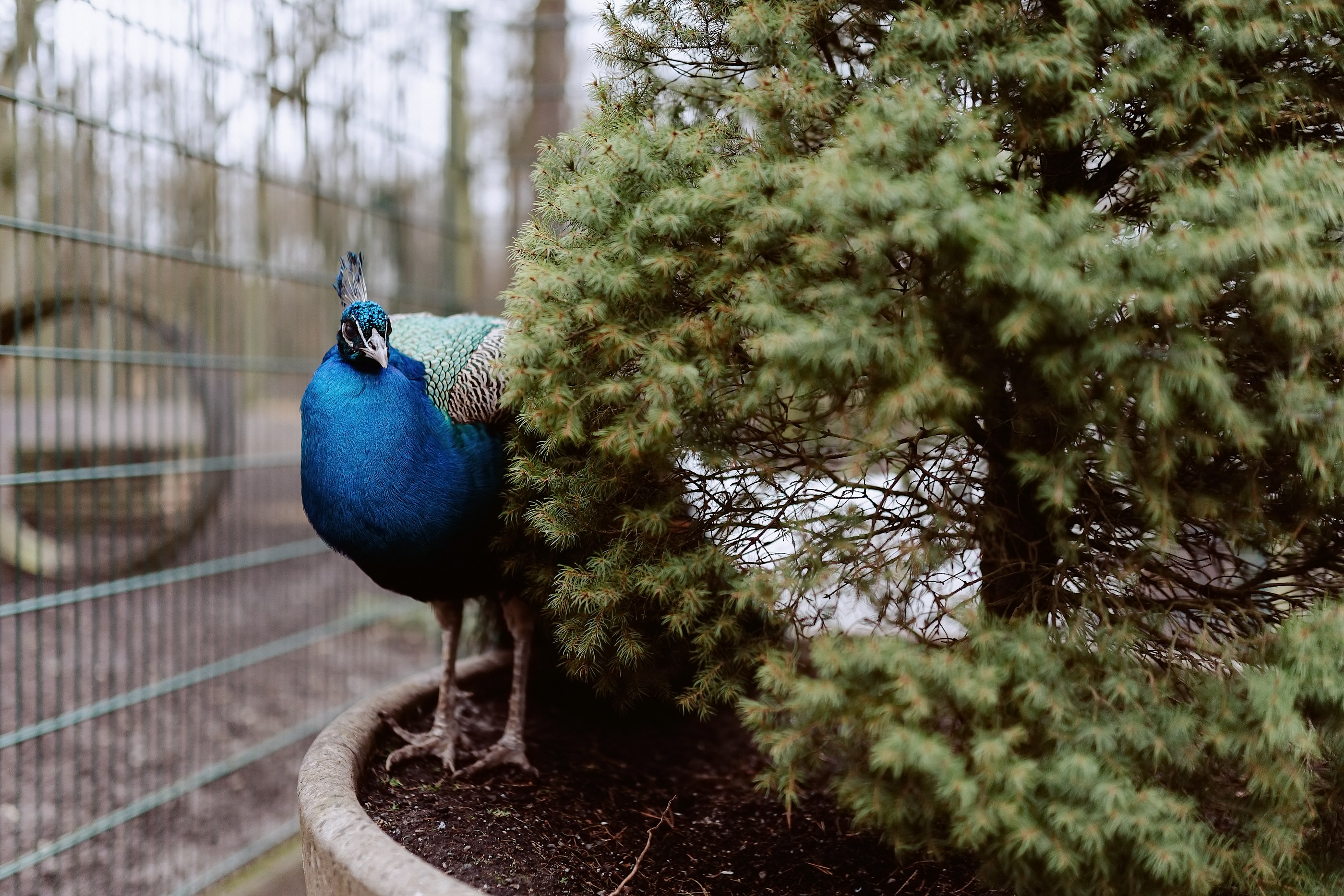 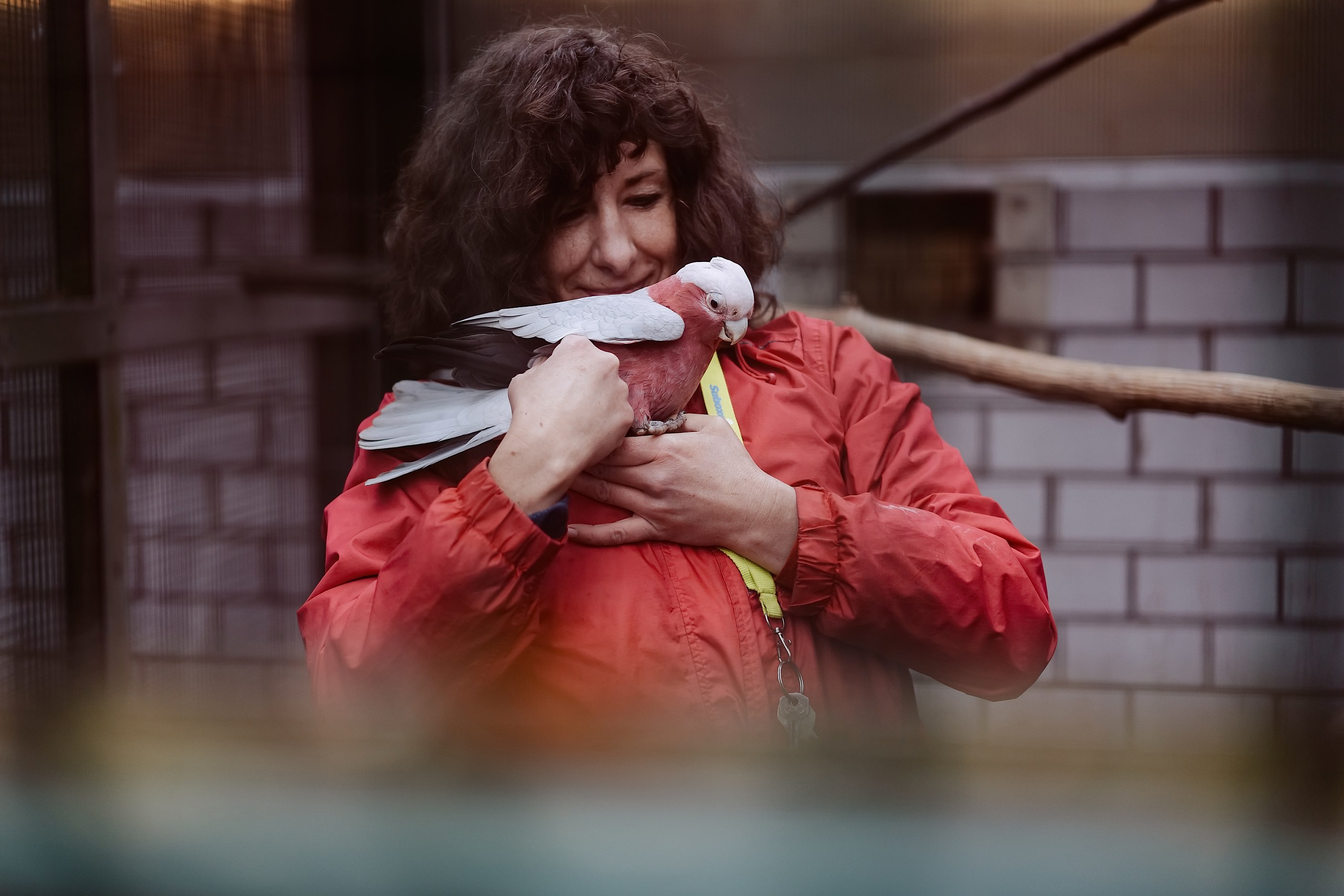 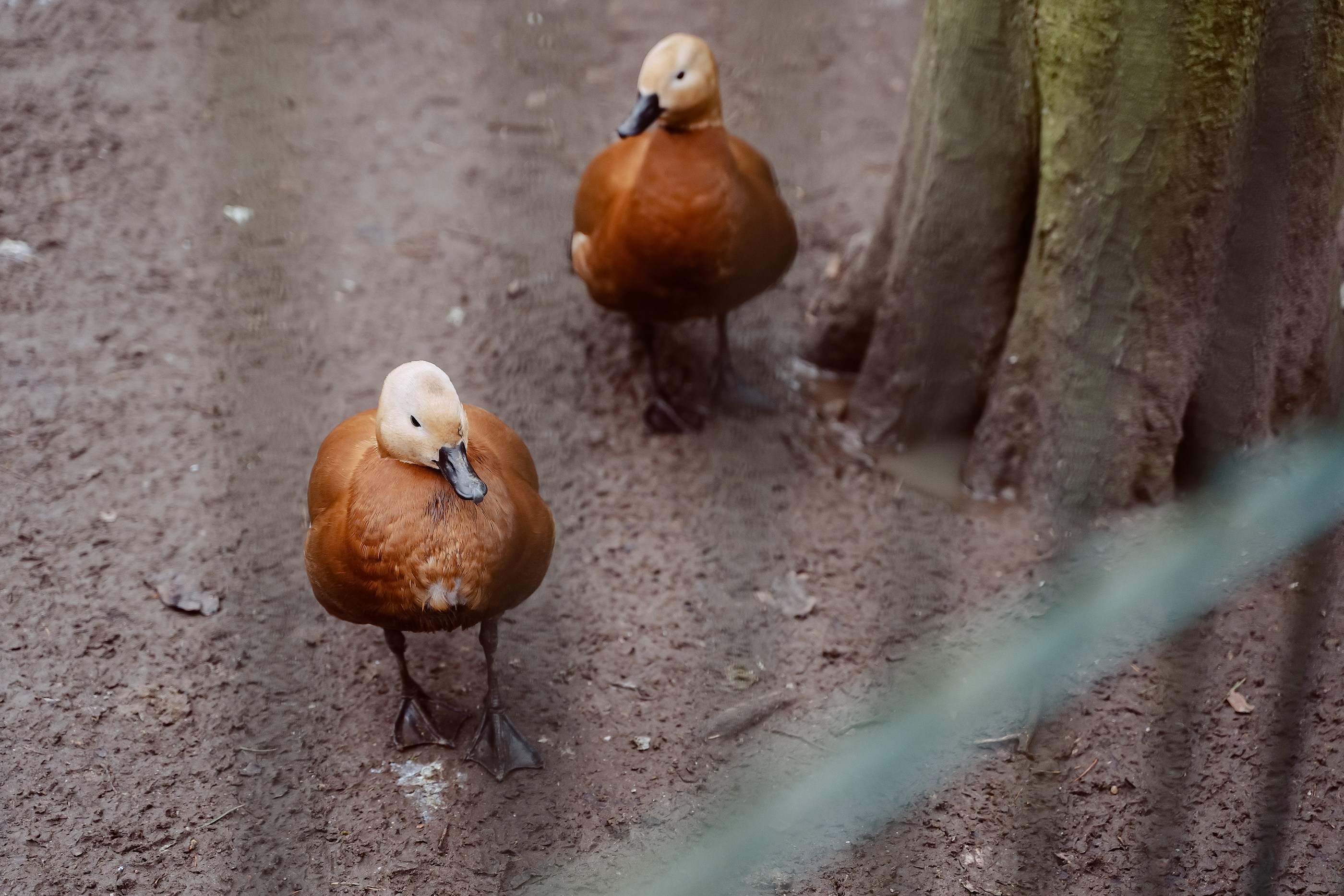 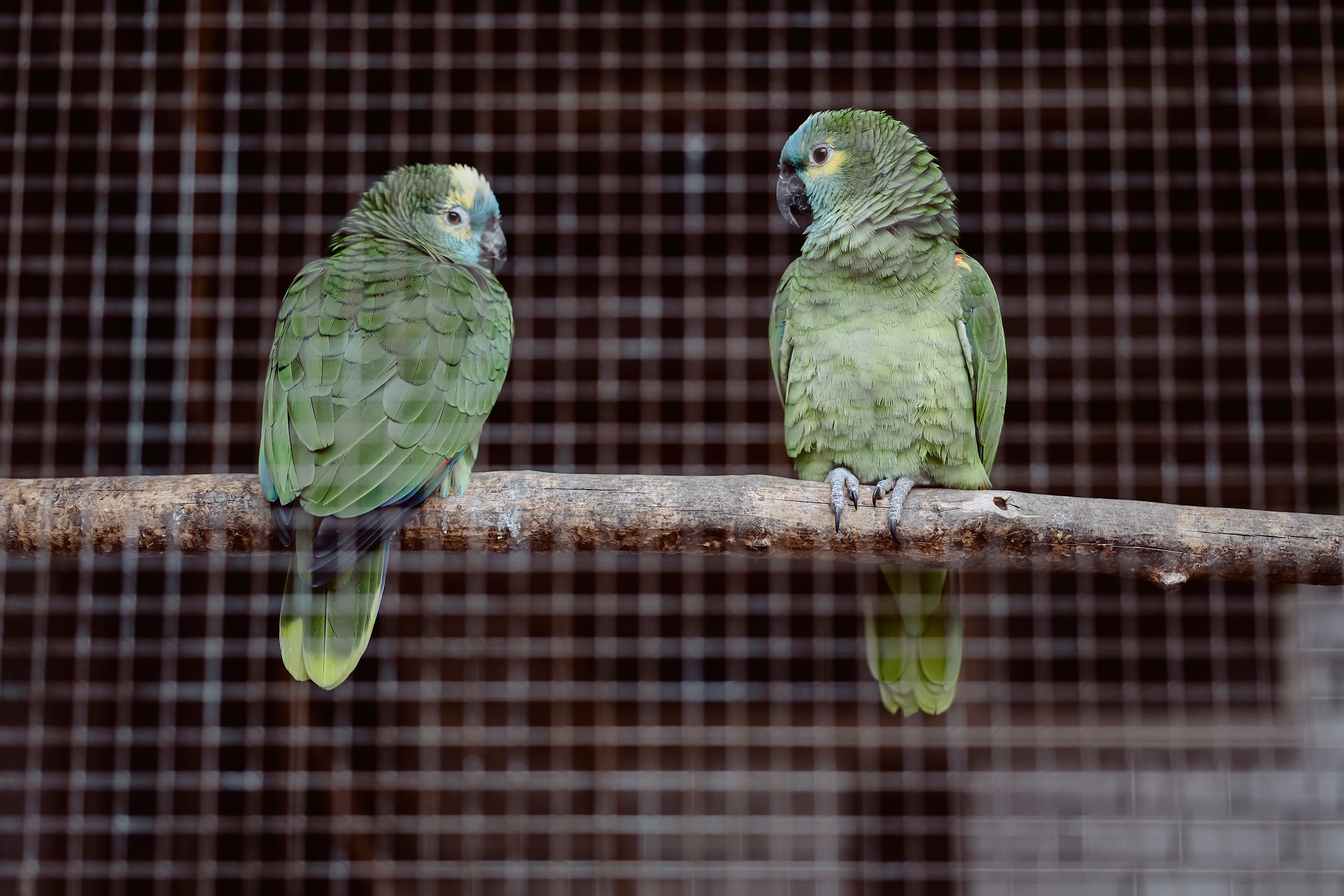 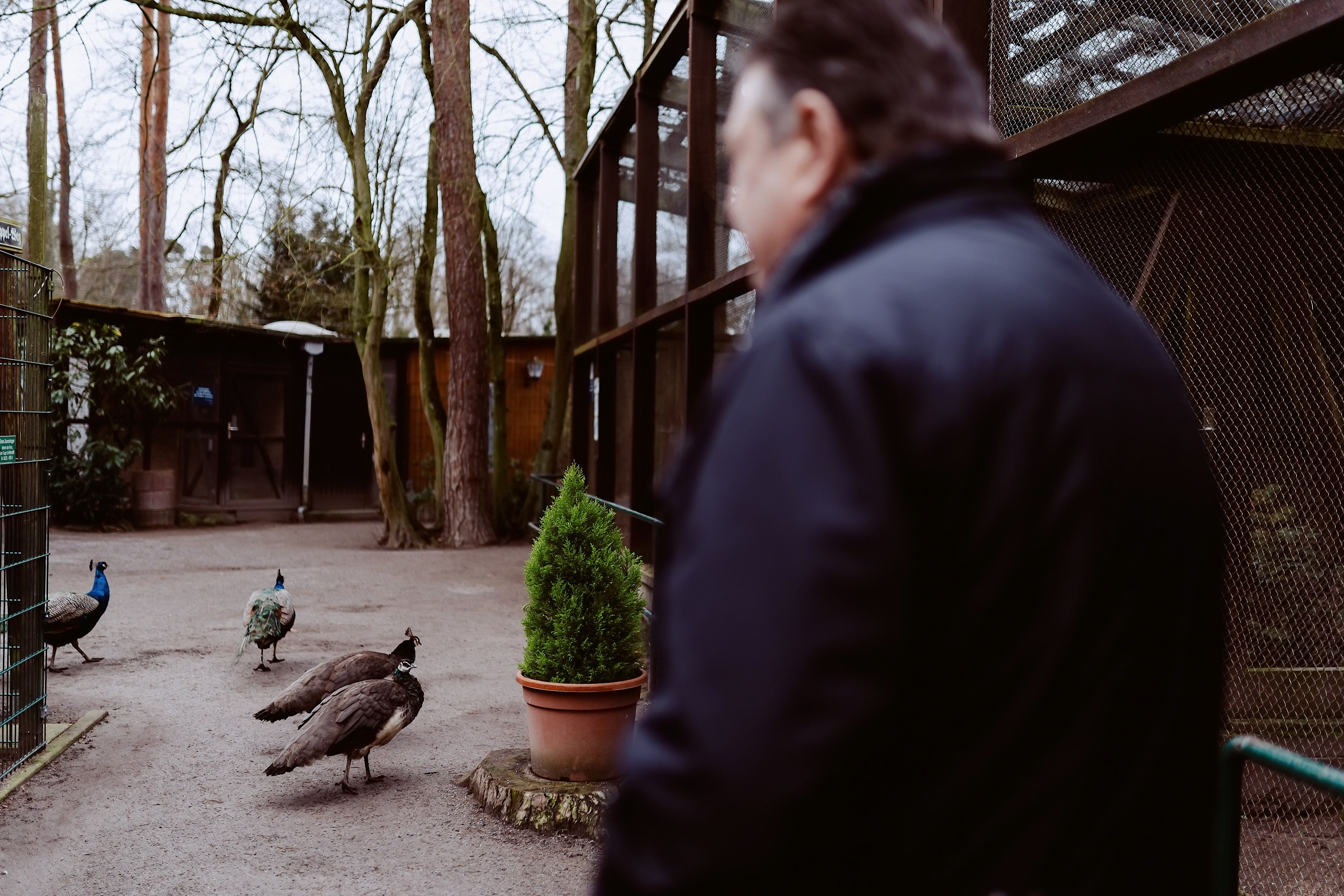 The Vogelpark has continued to grow ever since. Club members build the aviaries by themselves. Some 400 animals of 80 species live in the park today. The park is a gift to citizens, because the entrance is free of charge. In return, it depends on donations—and lots of voluntary commitment. 540 club members, of which about 30 children belong to the youth section, provide this commitment. Around 15 to 20 of them come every Saturday to do the cleaning together. Fodder professionals and One Euro jobbers care for the birds, goats, deer and rabbits during the week. The club organizes events like the Halloween festival or the traditional Christmas fair to bring in the cash required for fodder and maintenance of the park’s premises. Visitors from throughout the region come to Schifferstadt at this time.

“Many children no longer know what local birds actually look like!”

So, what does he find so fascinating about birds? Peter is immersed in thought: “It is really an experience to witness how they lay eggs and after a while the young hatch out of them.” The head of the club and his team want to pass this experience on to others. Visiting groups to the park from schools or nursery schools are very common. The children collect feathers, paint pictures and learn. Peter points at the taxidermied local birds in the education hall: a bullfinch on the wall, a tit, a woodpecker. “Many children no longer know what these birds actually look like!” 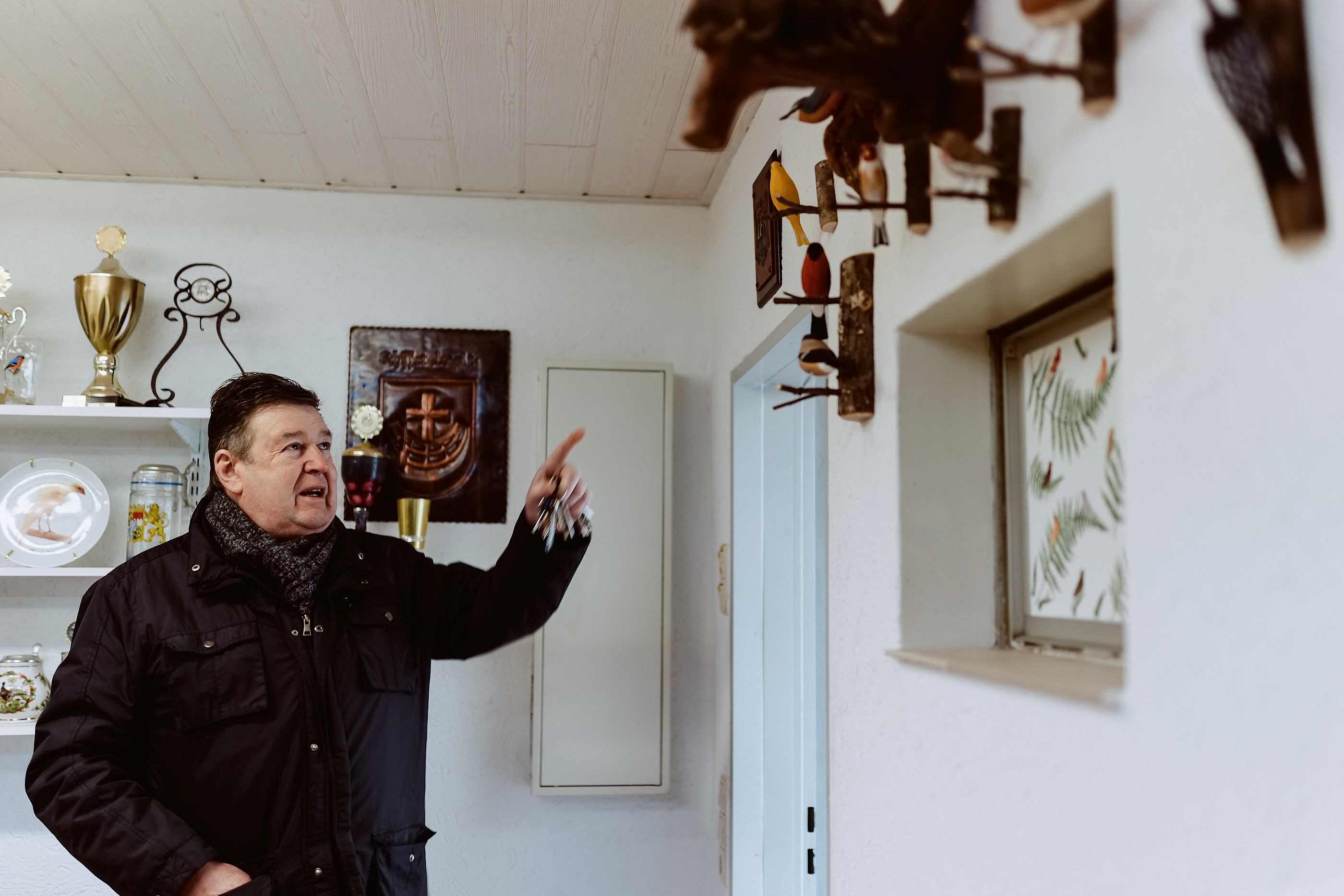 Peter points at the taxidermied local birds in the education hall.

However, there are other species to discover as well: white snowy owls and pink Chilean flamingos. Or odd ducks like the half-metre Australian emus. They don’t have the ability to fly but have a very modern understanding of task distribution instead. The female lays the eggs. Then, the male takes over. It doesn’t eat during the eight-week brooding and lives on its body fat and gets up only once in a while to turn the eggs. Raising the brood is also the sole responsibility of the father. 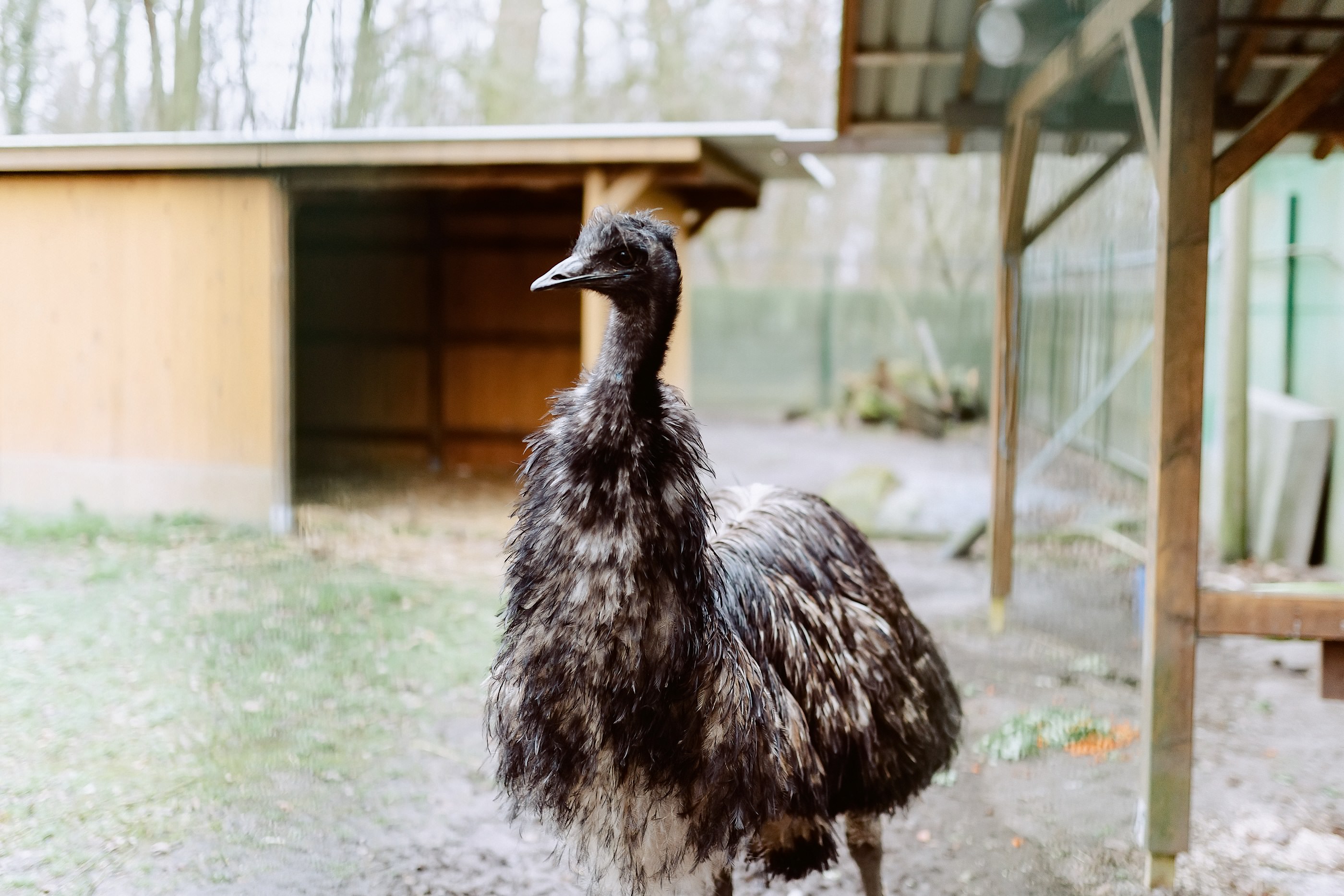 The aviaries are also meant as rescue centre for animals, who would have a better life here compared to their previous homes. Two pink and grey cockatoos were kept in too humid a climate, for example, and the Eurasian jay opposite them was brought here by the Speyer fire brigade. The jay’s flatmate, a rook with crippled feet, was apparently kept inside a house in a way that was inappropriate for the species. The club has a love for animals in desperate situations—not only when they have feathers. There are two donkeys that the Schifferstadt locals rescued from inappropriate keeping somewhere in the Netherlands. 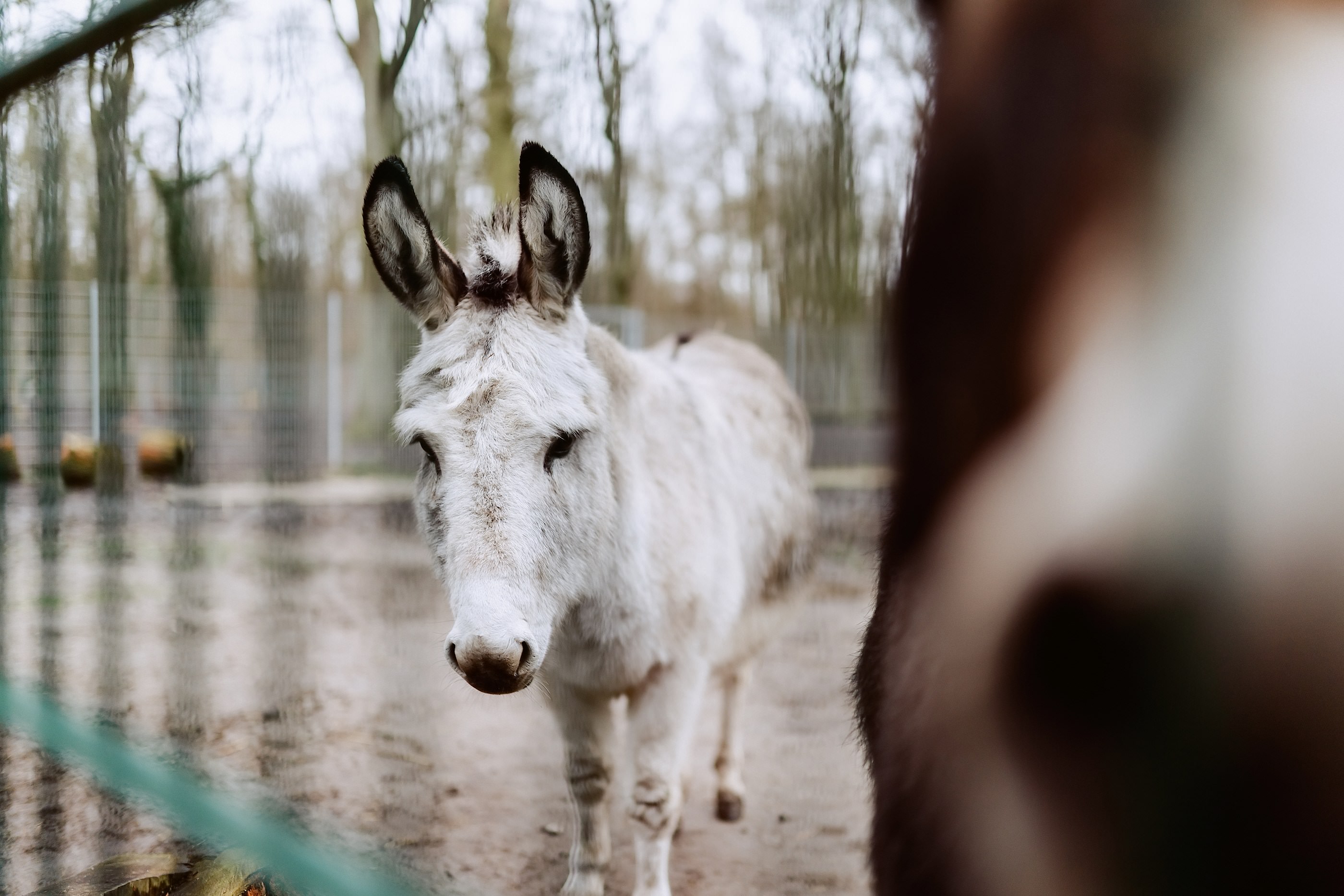 The two donkeys that the Schifferstadt locals rescued from inappropriate keeping somewhere in the Netherlands.

Every six weeks, a vet comes to the park—usually for check-ups, because the animals are hardly ill, Peter explains. Here, you don’t see any birds that pluck their feathers, as this happens to quite a number of caging animals. “They don’t do that when you feed them correctly,” he says. He also takes care that the birds have space to beat their wings. “We are careful not to overcrowd the aviaries.” This is why the park can’t take up everyone. They’re about to run out of space. 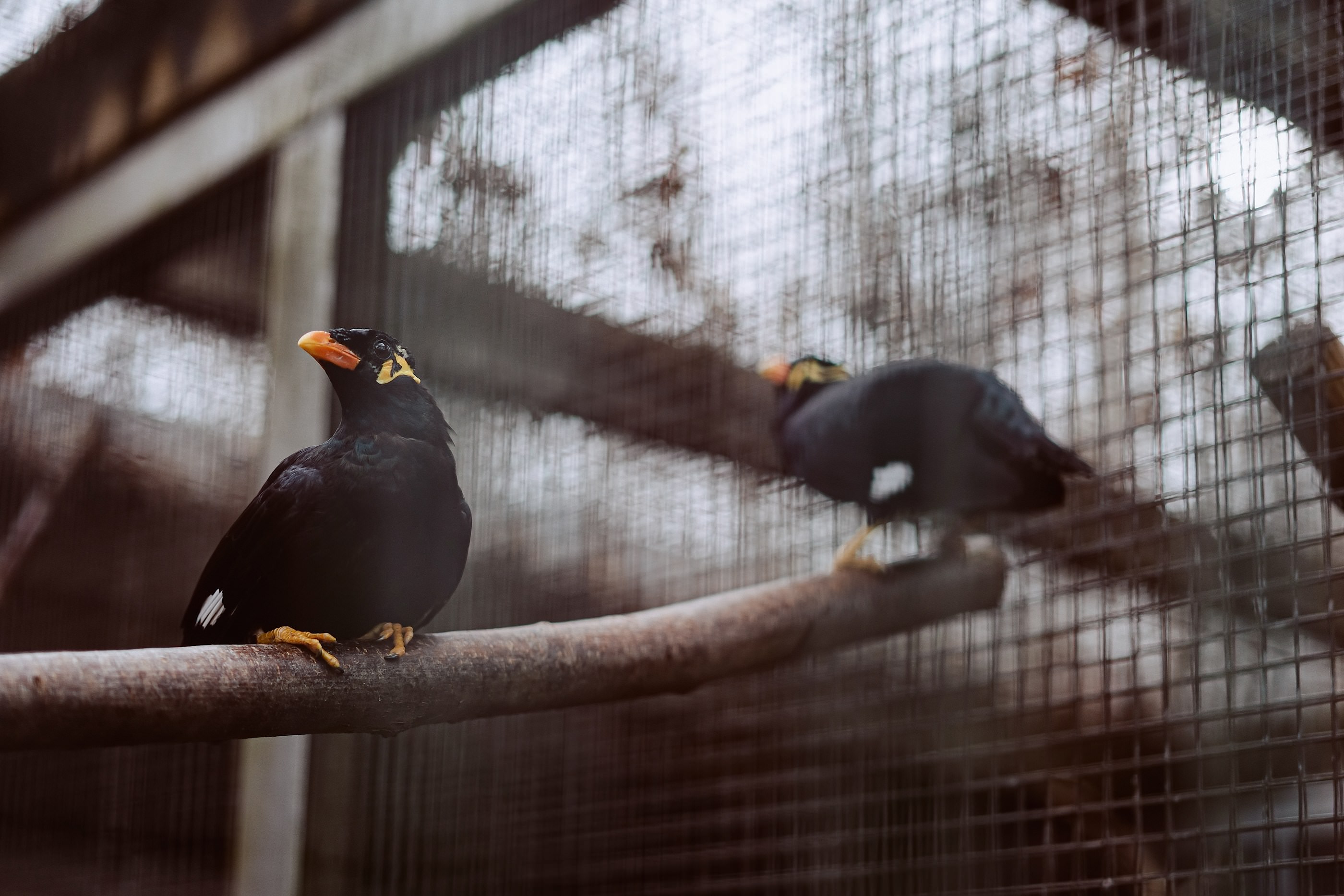 The large number of wild birds that live in and around the park and also belong to it, however, can come and go as they like. Great and blue tits flutter through the bushes, a chaffinch is in the treetop, woodpeckers’ drumming reverberates through the woods. These ‘locals’ get fed as well. In the south of Schifferstadt, bird’s decline is out of the question.

The ‘locals’ get fed as well.

Peter breeds canaries at home. His favourite animals inside the park, however, are kind of a surprise: Parma wallabies, among others. It all began with a single couple. By now, 14 little wallabies hop across the enclosure and look furtively at the visitors. A young one peers cautiously out of its mother’s pouch and into the world. “They add a nice bit of variety,” Peter thinks. 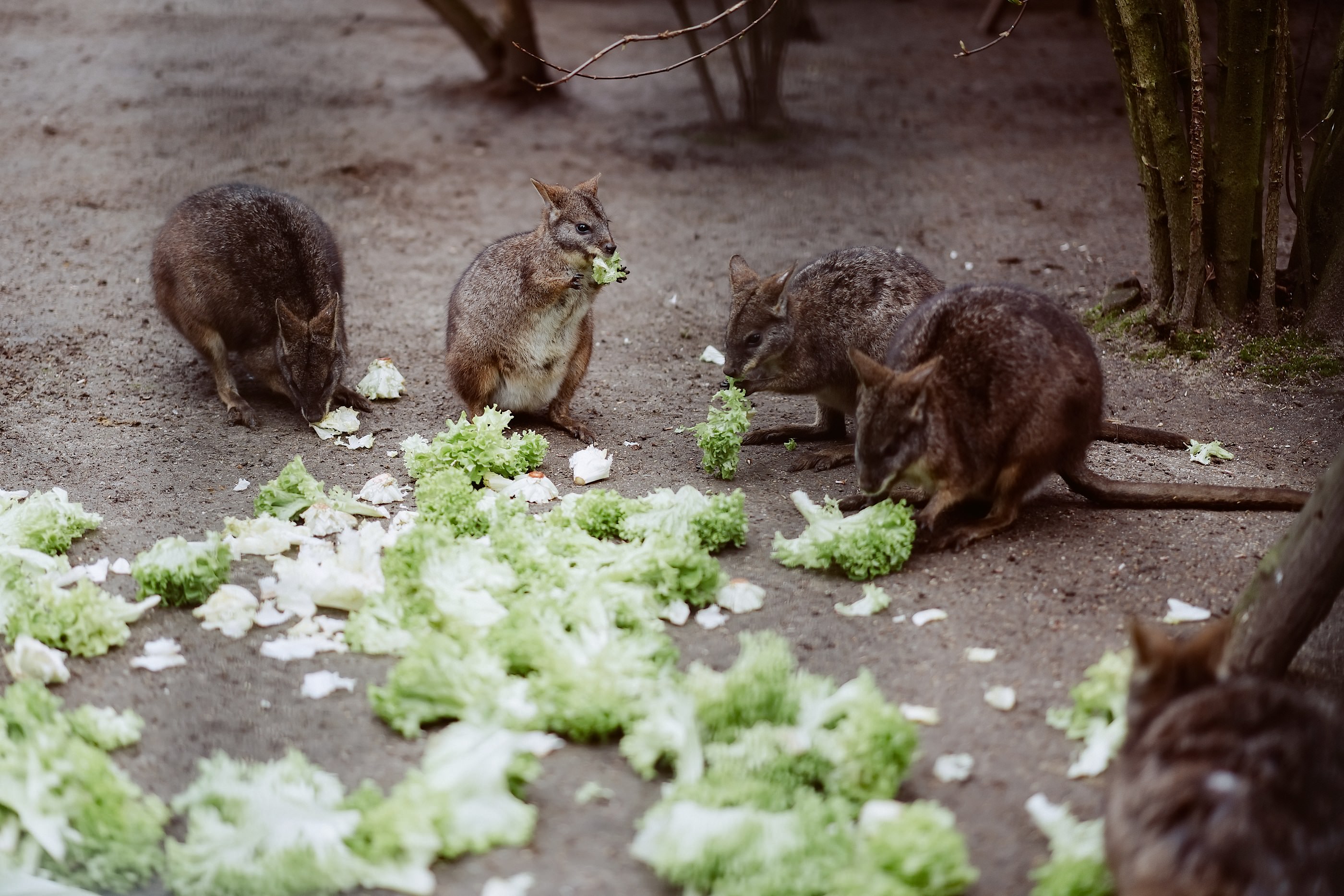 By now, 14 little wallabies hop across the enclosure.

The Vogelpark in Schifferstadt is open all year round. Between 8 am and 7 pm from April to October and between 8 am and nightfall in winter. At that time, visitors and helpers say goodbye to the feathered friends. One of the inhabitants really makes you think there is a goodbye conversation between people and birds: one of the black mynas living in the aviary next to senior macaw Otto chirps with a clear and female-like voice that seems to say “good night, myna,” even if it is only early in the morning. 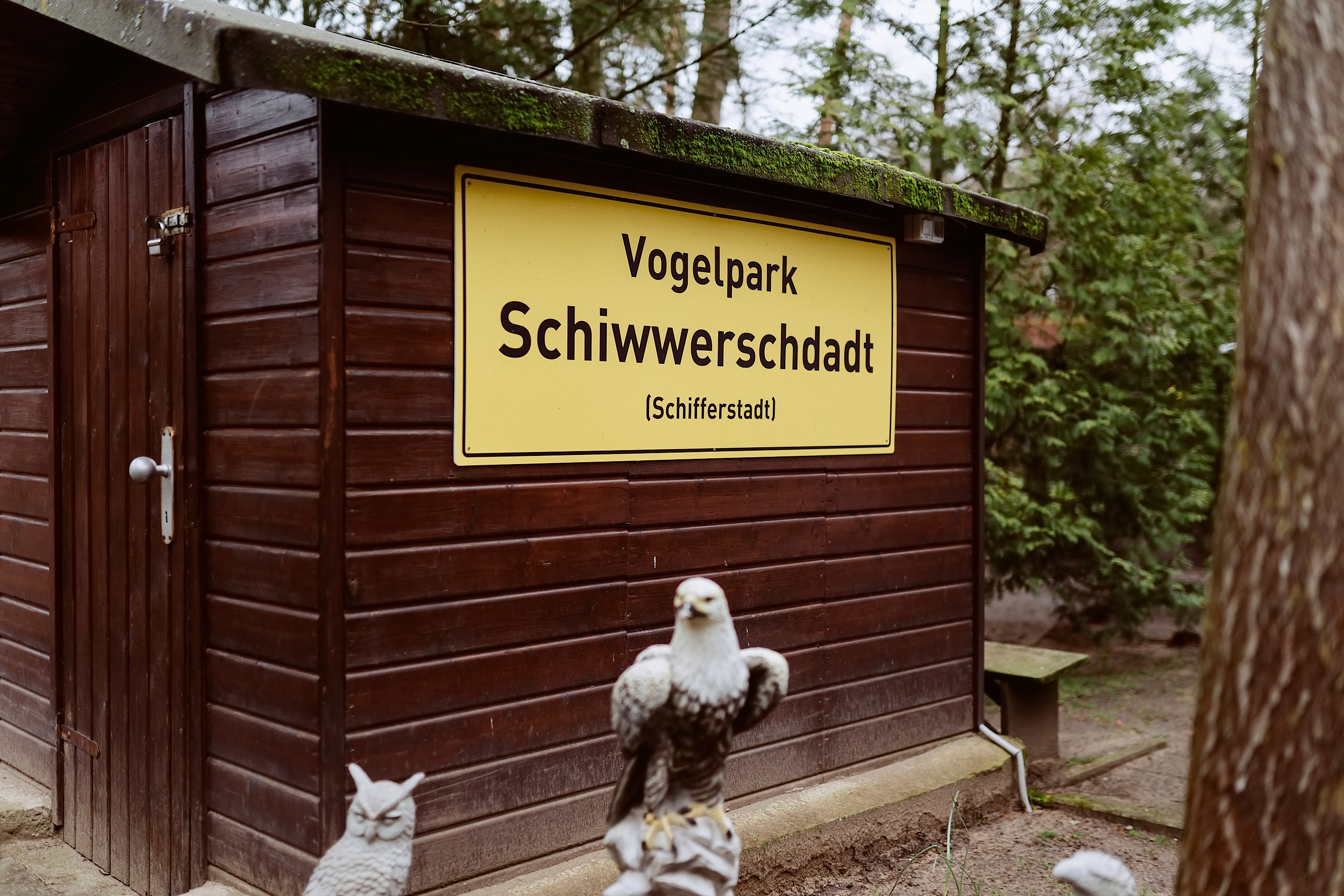 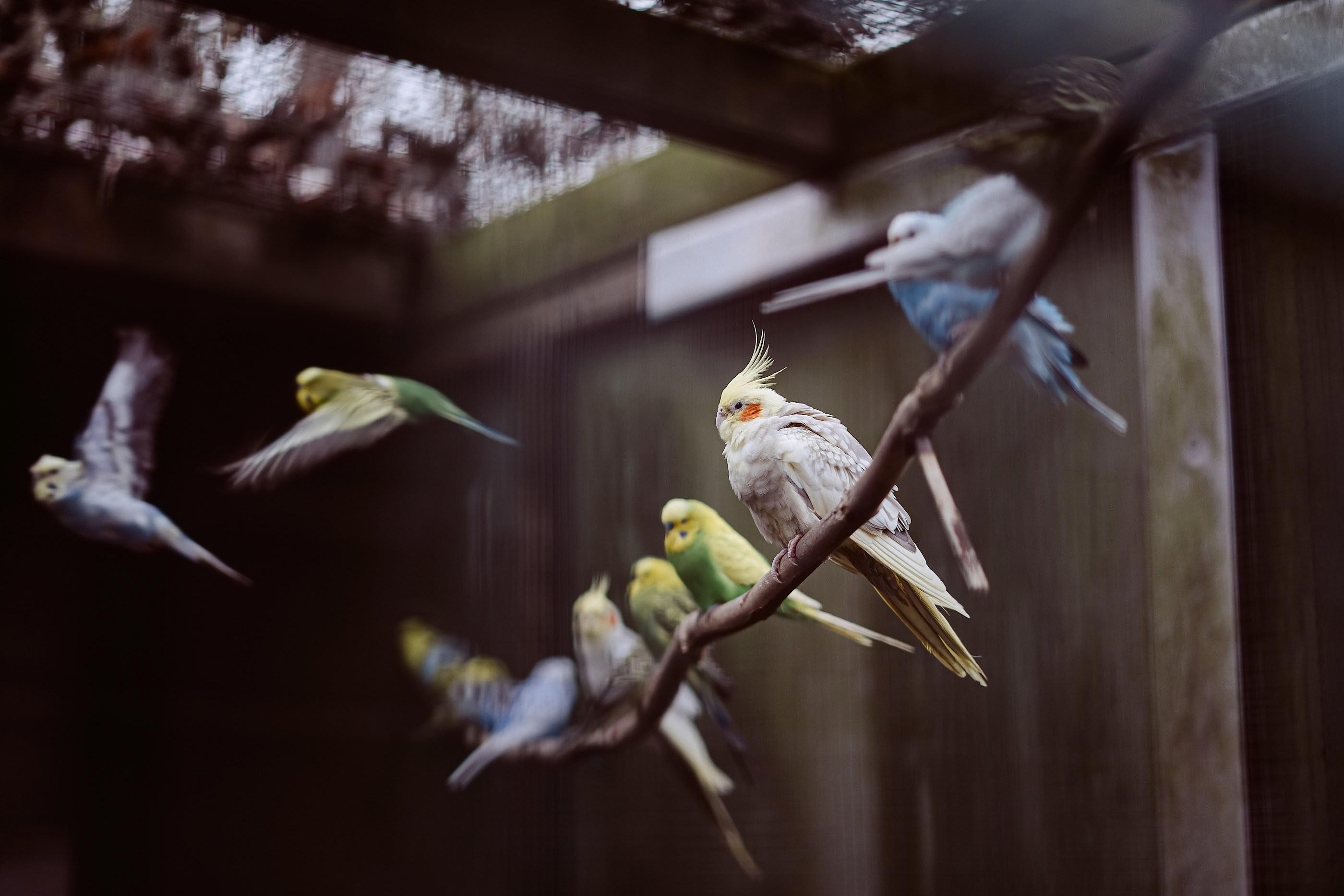 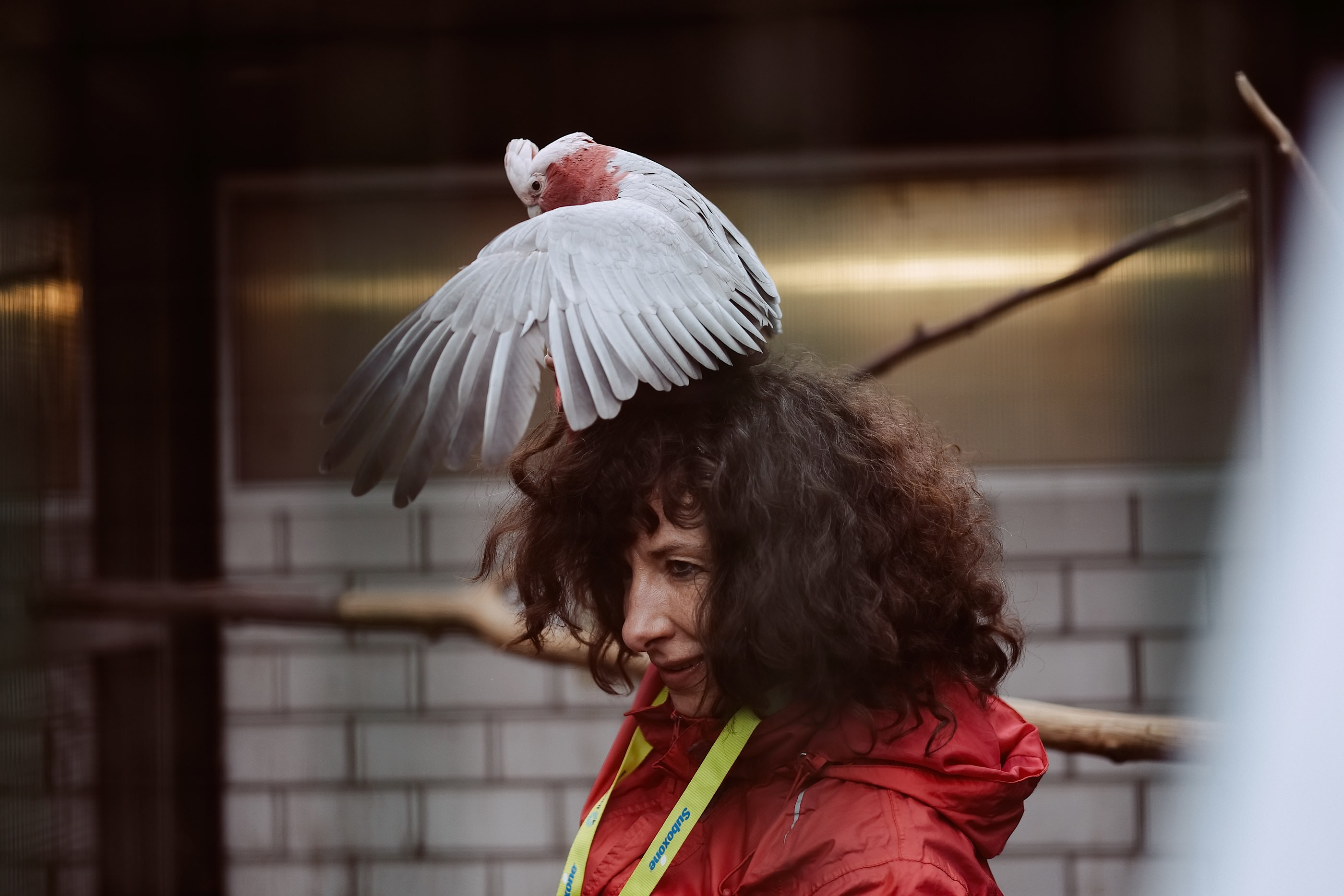 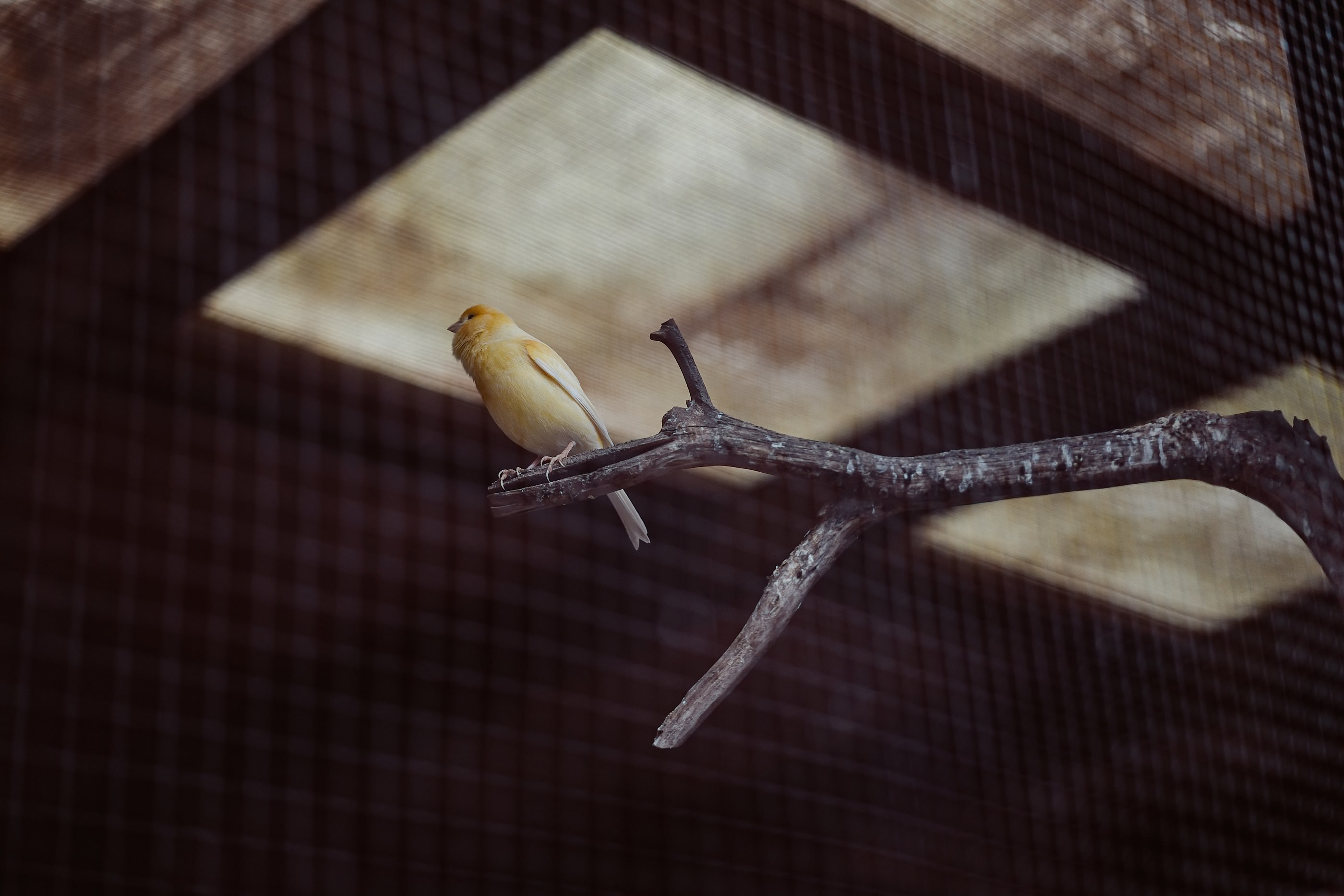 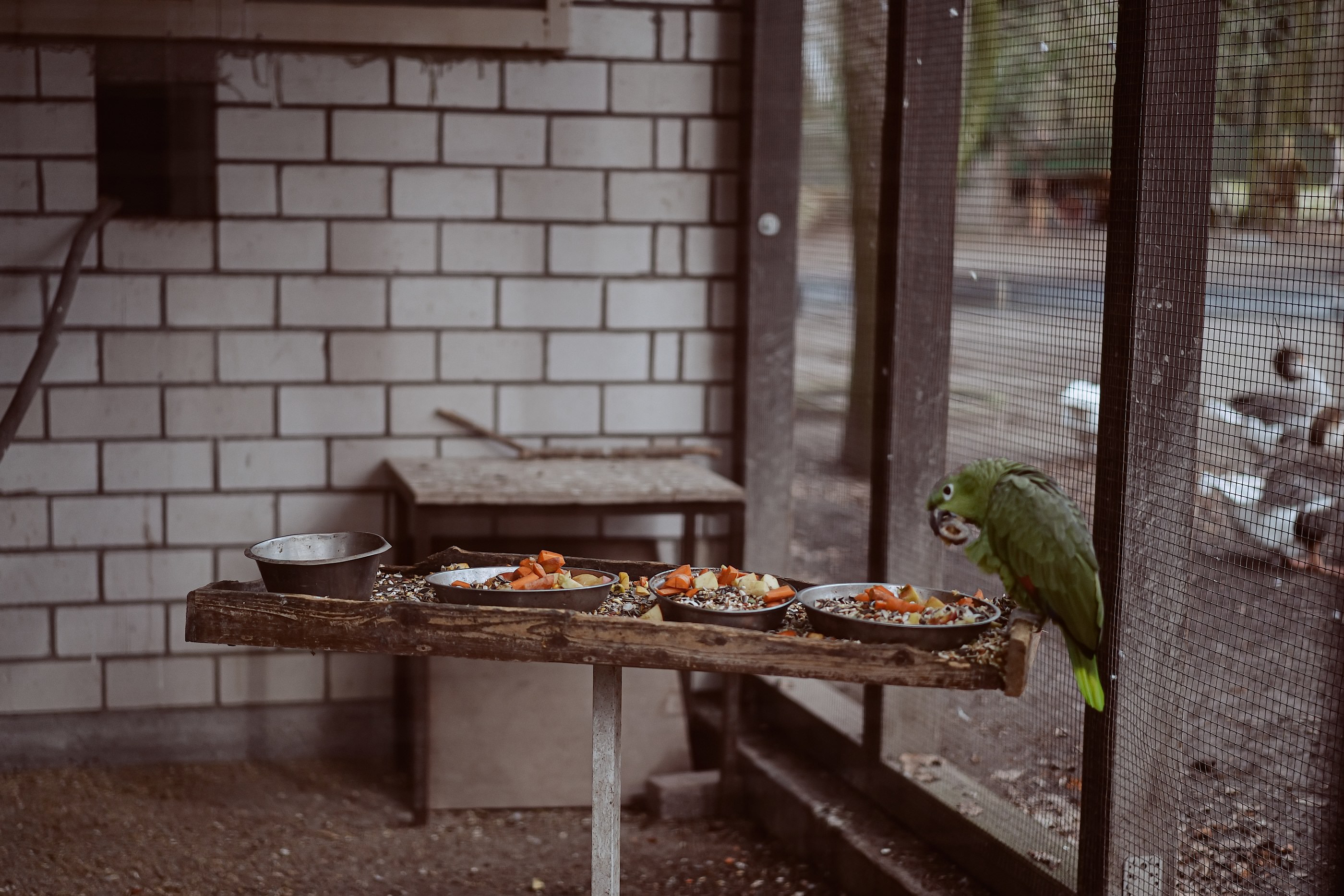 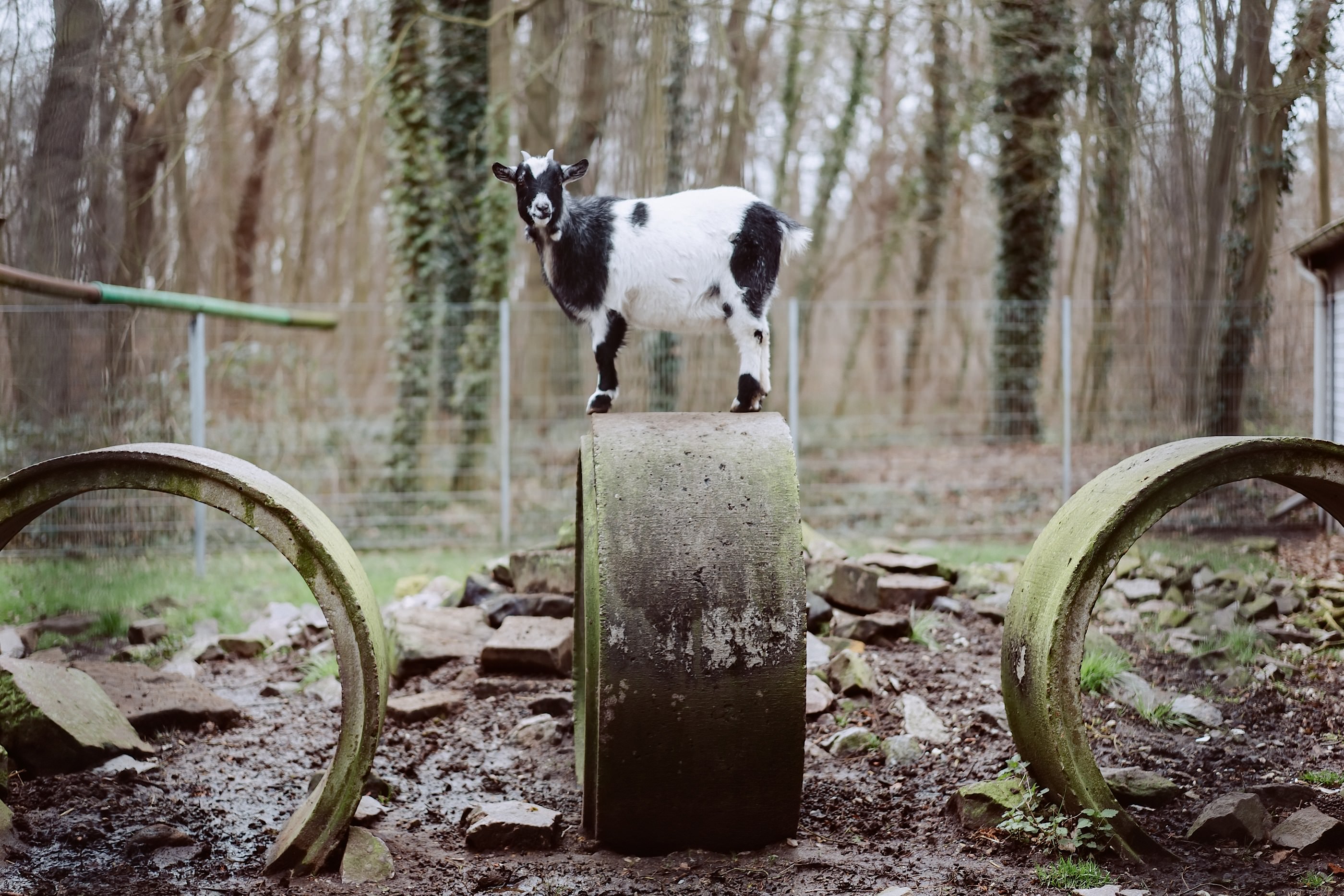