A steep area of seven hectares is home to residents from five continents. Some of them have lived here for almost 60 years, most of them on four legs and all of them continue to be very happy. Welcome to the Bergtierpark Fürth-Erlenbach.

Trek through 2715 metres, through the longest single tube road tunnel in Central Europe outside the Alps, and you emerge in a different world. Crossing underneath the western ridge of the Odenwald coming from the Upper Rhine Plain, you will find yourself in the “Odenwaldhölle” (“Hell of the Odenwald”), as the Frankfurter Allgemeine Zeitung daily dubbed the region in an essay some years ago. The population’s subsequent indignation and their love for the region can still be felt today. Locals fiercely identify with the infernally beautiful low-mountain landscape of the Odenwald, the most impressive example of which is on display at the Bergtierpark Fürth.

“We only have animals here whose native habitat are mountainous regions as well. They need sloping terrain for their wellbeing. This is why they feel at home in the Odenwald. The number of the young animals at our mountain zoo is proof that they do in fact feel comfortable.” Volker Bitsch’s face is almost completely covered by his slouch hat, his emblem. His vest with four pockets also makes abundantly clear that you are speaking with a true wild-park ranger. For almost 10 years, he has come around from the town hall in Fürth as often as he could to see that everything was alright. As head of the central office, he has many duties to perform, but this one is particularly dear to him. “The atmosphere in nature, the idyllic scenery, there is something very special about this. In the administration, I am one of the few who has excellent knowledge of the animals. It is a source of pride for me to contribute in my way to the wild park.”

Right behind the entrance is the place where the Barbary macaques live, which are many visitors’ favourites. The agile primates may be fed with unsweetened popcorn and peanuts from the kiosk. “This is the only free-living species of monkeys in Europe. They live in hundreds on the Rock of Gibraltar. According to legend, the tip of land of Gibraltar will stay British as long as it is populated by them. It is said that the British see to it personally that nothing changes.” The population in the Odenwald is definitely not threatened by extinction. The monkey enclosure is now somewhat outdated; a problem that has already been tackled by Volker Bitsch and his team. Only a few metres up the hill a spacious and modern enclosure, which will soon be the new home of the agile animals, is being built with the help of the Freundskreis, an organisation supporting the mountain zoo. “This is going to be an exciting experiment, since we will put the Barbary macaques together with the Barbary sheep. Both animal species come from North Africa originally and should get along splendidly.” The goat-like cloven hoofed animals with the impressive chest hair graze peacefully next-door, unaware of their future life in a shared enclose. Spectacular rodeo scenes of the two animal species are said to have taken place under similar circumstances in other zoos. 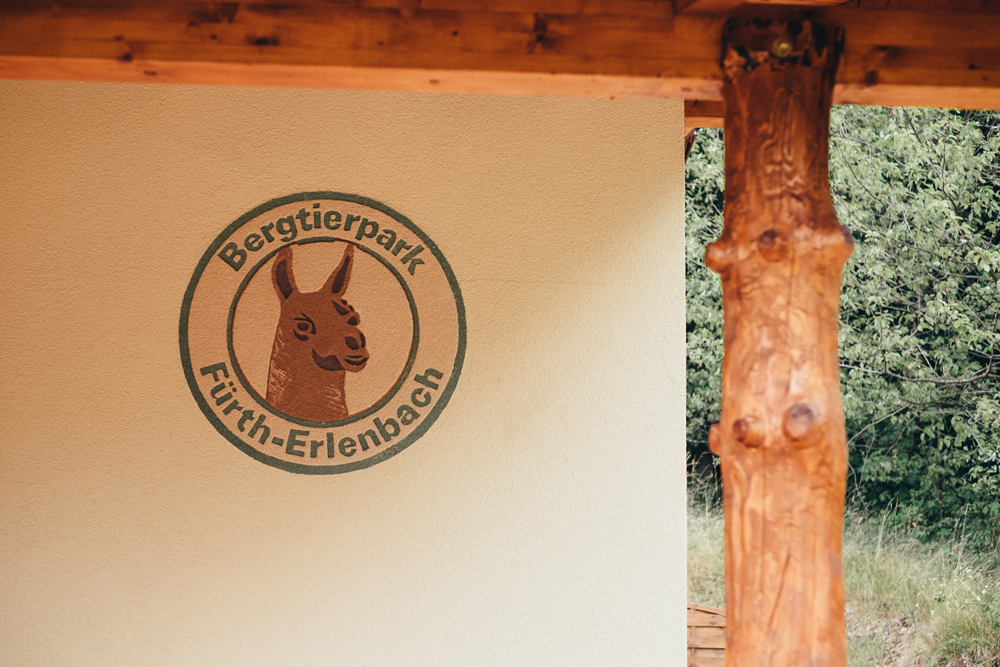 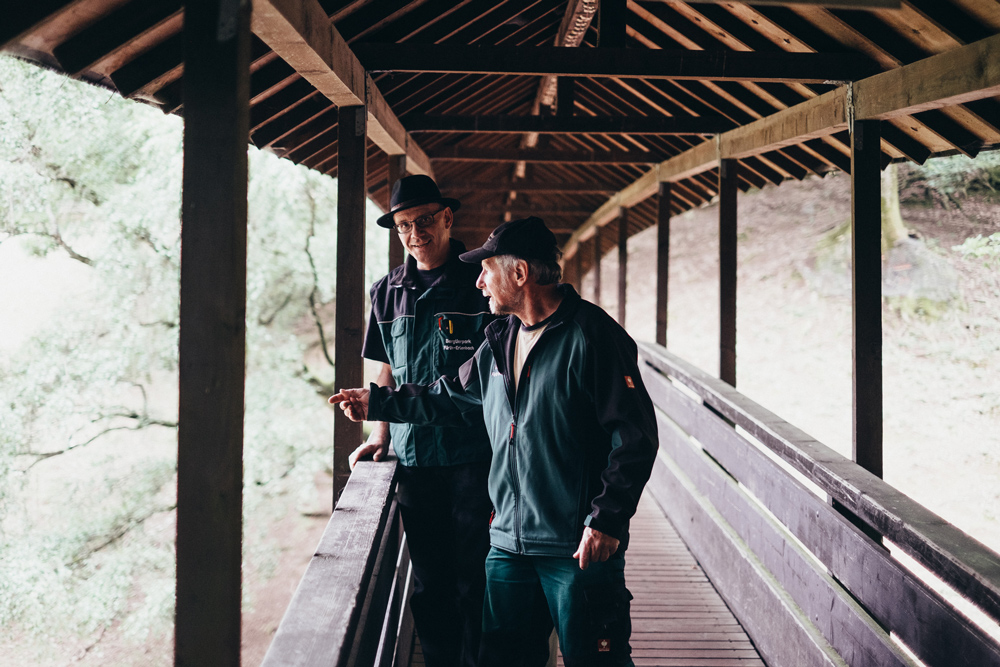 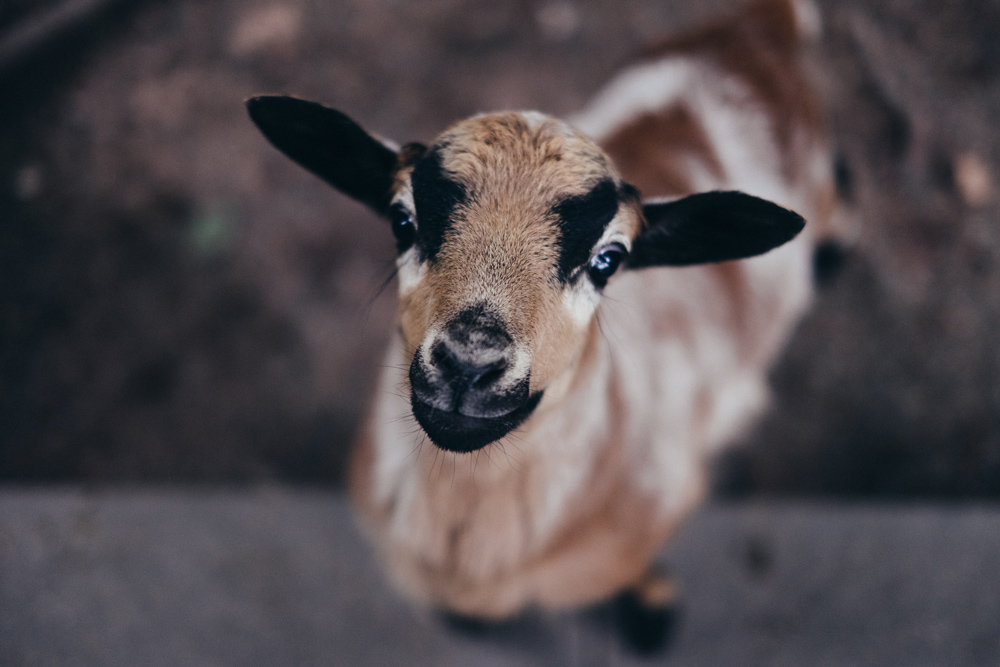 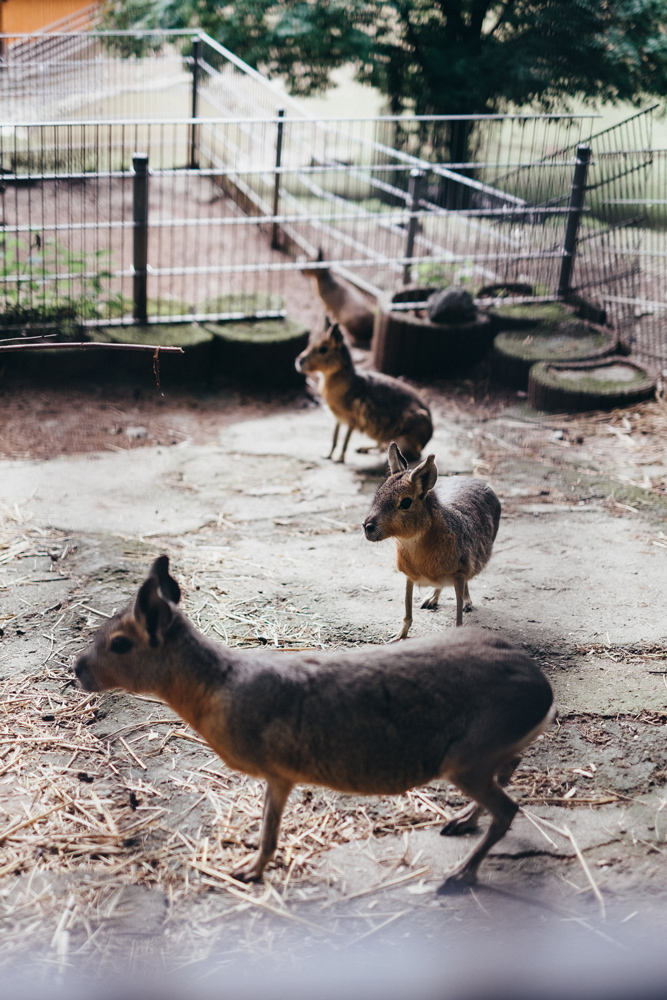 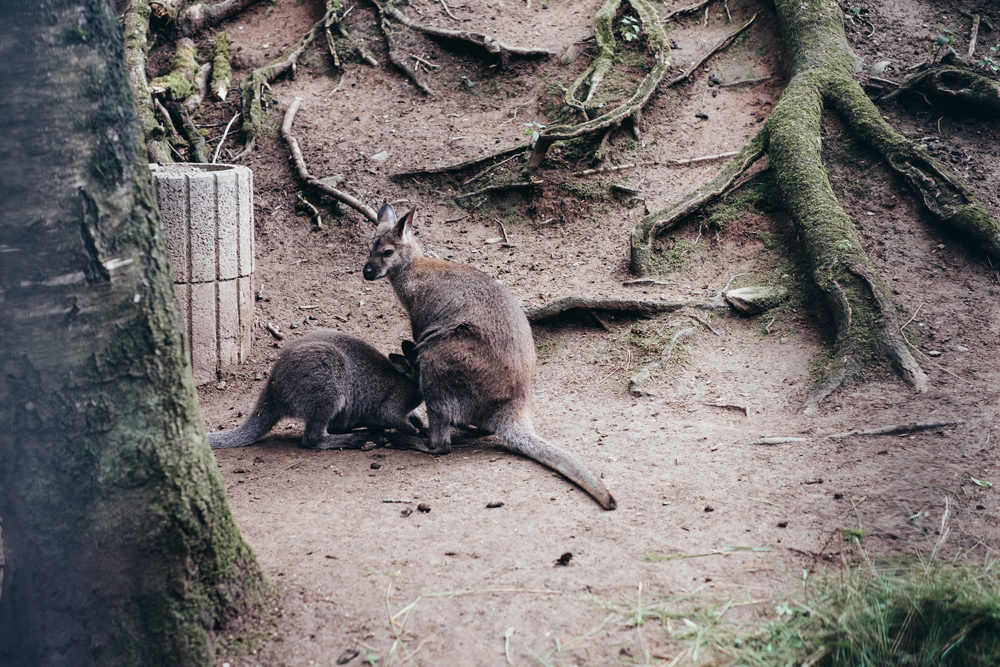 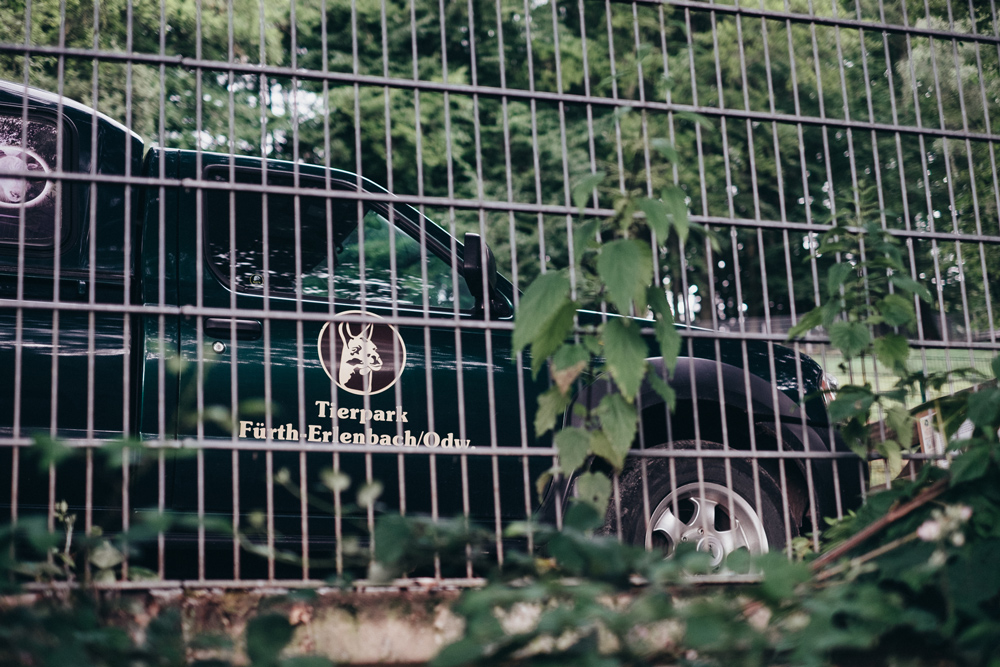 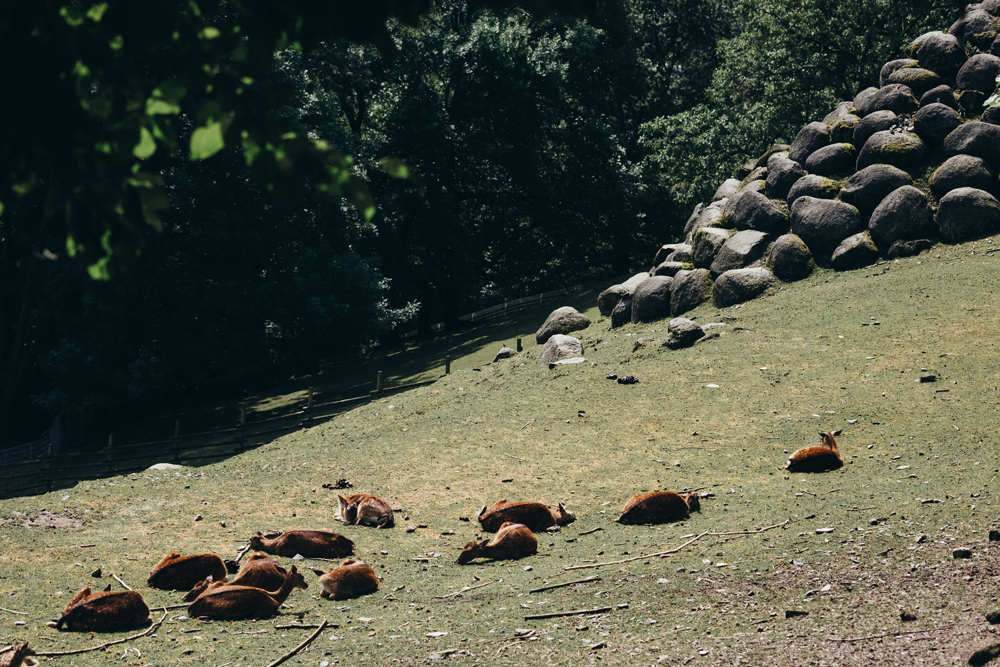 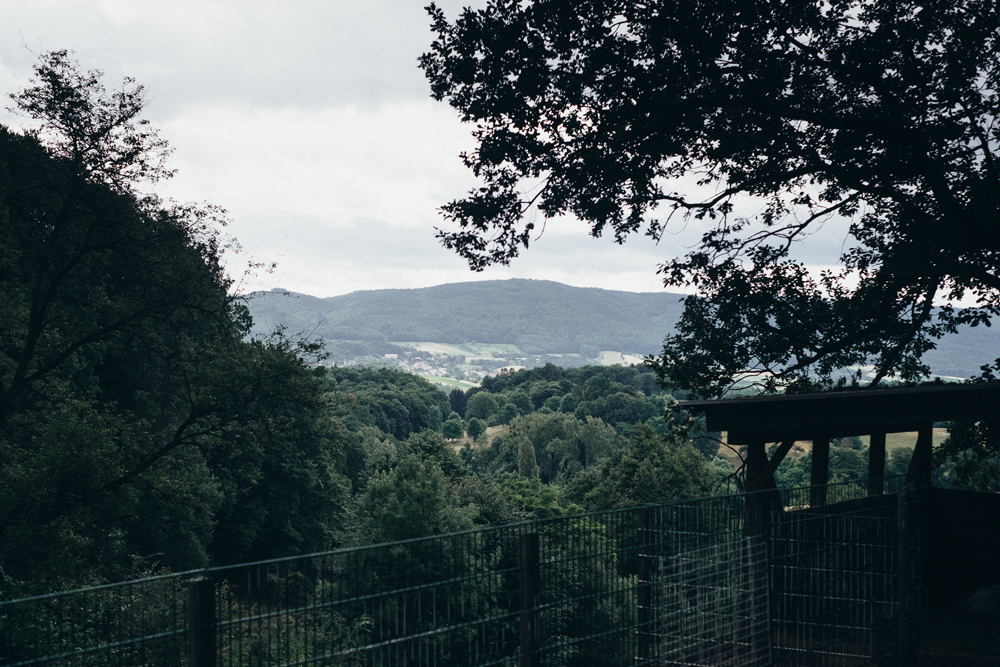 Animals from all continents live together in peace here in the Odenwald. Sometimes, though, the friendly coexistence of different species in the mountain idyll bears surprising fruit. The Bergtierwald gained international publicity in 1980, when a zebra mare gave birth to a foal, the kind of which zoologists do not often set eyes on. To the utter surprise of the animal attendants, the young foal was the spitting image of its father—being, however, not an African zebra stallion, but an Odenwald donkey from the neighbouring enclosure. “Such a zonkey is an especially rare crossbreed. Zebra mares are very choosy when it comes to selecting their mates. The two of them must have become accustomed to each other over the years. That was not a spontaneous passion, but long-time yearning. One night when the gate was not properly closed, the two animals came together.” Animal attendant Josef Unger smiles when he talks about the zebroid, which reached the impressive age of 29 years. The now stuffed animal is a main attraction at the natural history museum Naturhistorisches Museum Mainz.

Josef Unger and his colleague Robert Hechler now take extra care to make sure that such flirtations do not recur in the future. None of their protégés is to ever escape, otherwise the Bergtierpark might be in huge trouble. “Many species have been classified as invasive in the last years. They would get along splendidly out here in the wild. If they bred uncontrollably, they would become a huge problem for the domestic fauna. The best example for this is the raccoon from North America which lives here in Europe now as well. In the greater area of Kassel, for example, they became a real nuisance.”

The valleys and mountains of the Odenwald seem to have a calming effect on the exotic animals. Kangaroo mothers are fully devoted to taking care of their young, emus eye visitors inquisitively, yaks laze on the meadows and Patagonian maras, that look like long-legged guinea pigs, dash down the slope in their enclosure.

A lama stallion puffing out his chest and filled with aggression towers up at the fence of his territory. While the visitors are still surprised by this macho posture, a white ball of wool comes stumbling into the scene from behind daddy’s shadow with clumsy steps. The little foal is no more than 60 centimetres tall weighing about five kilograms—one of the youngest of Fürth-Erlenbach. The little one is already the huge attraction delighting visitors with his cute appearance. No wonder that the lama is the animal on the mountain zoo’s logo. The history of the Bergtierpark began with one of its ancestors in 1960, and today more than 200 different animals live in this part of Germany—because it sure as hell is just beastly beautiful here in the Odenwald. 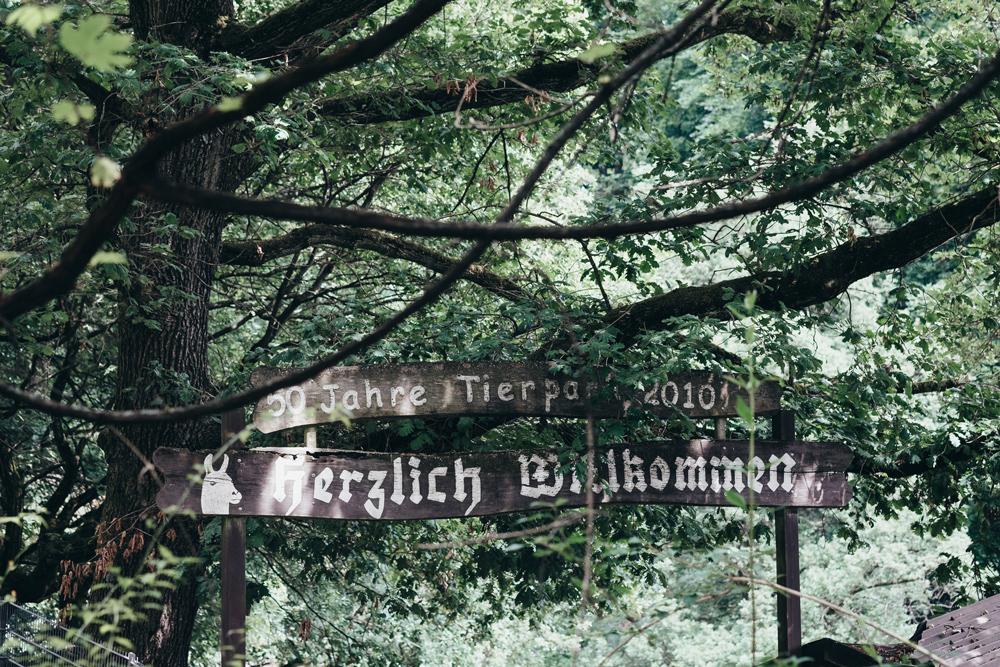 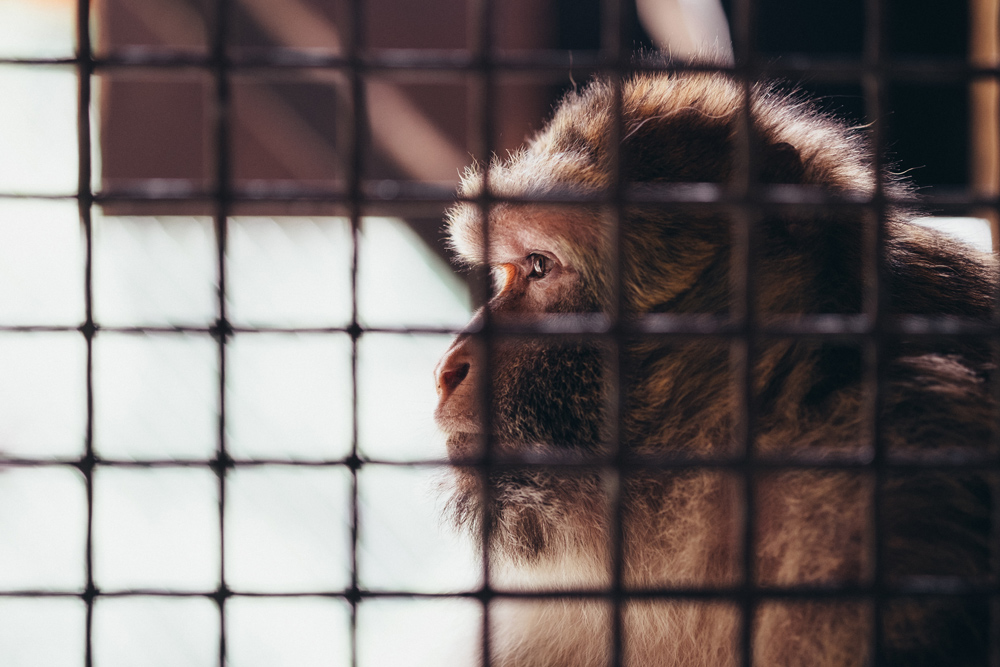 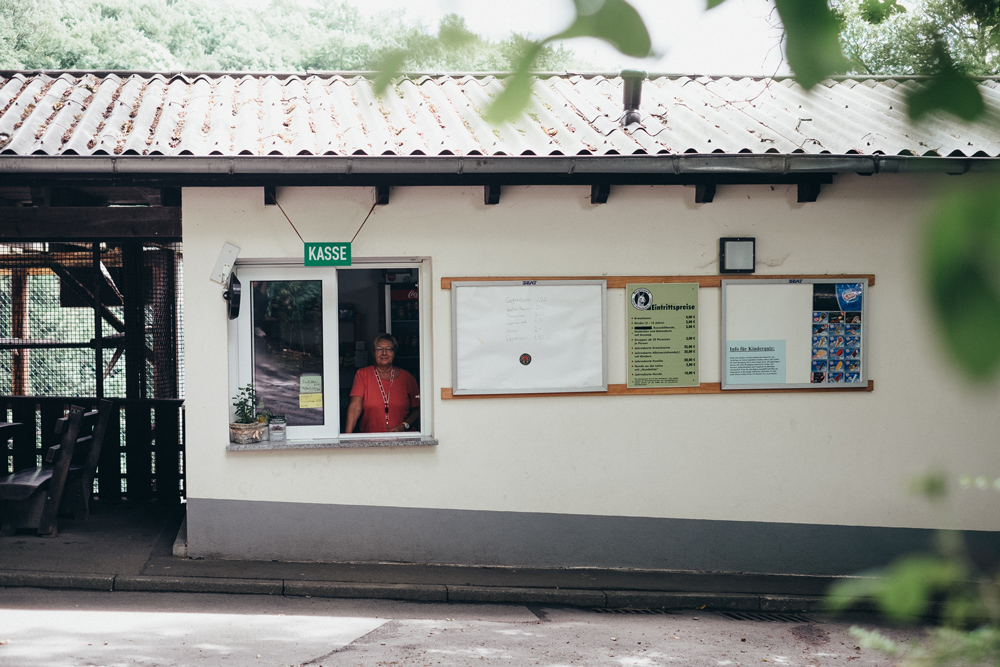 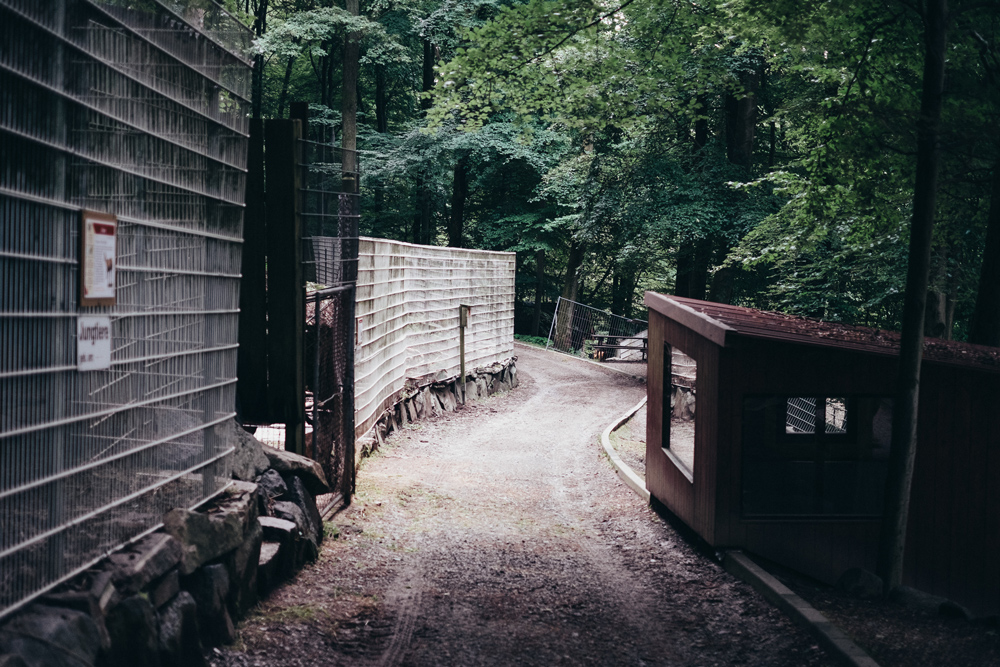 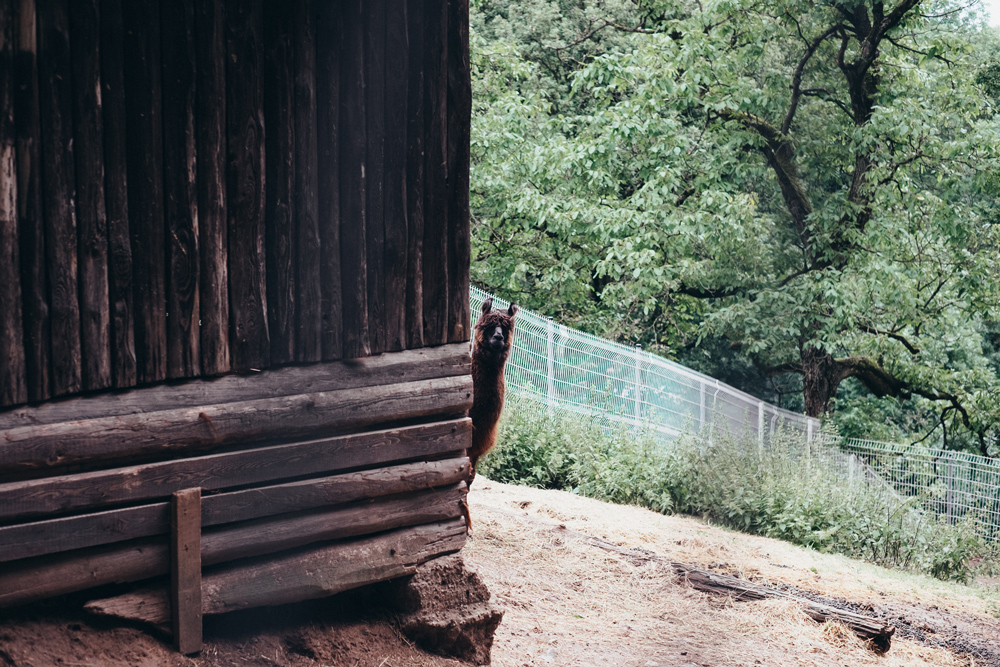 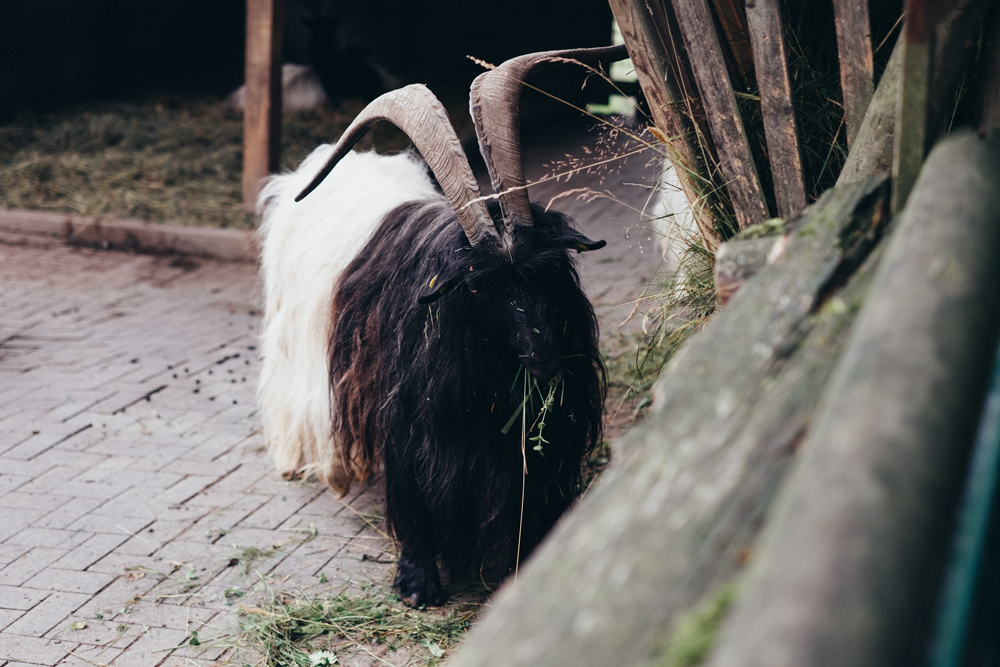 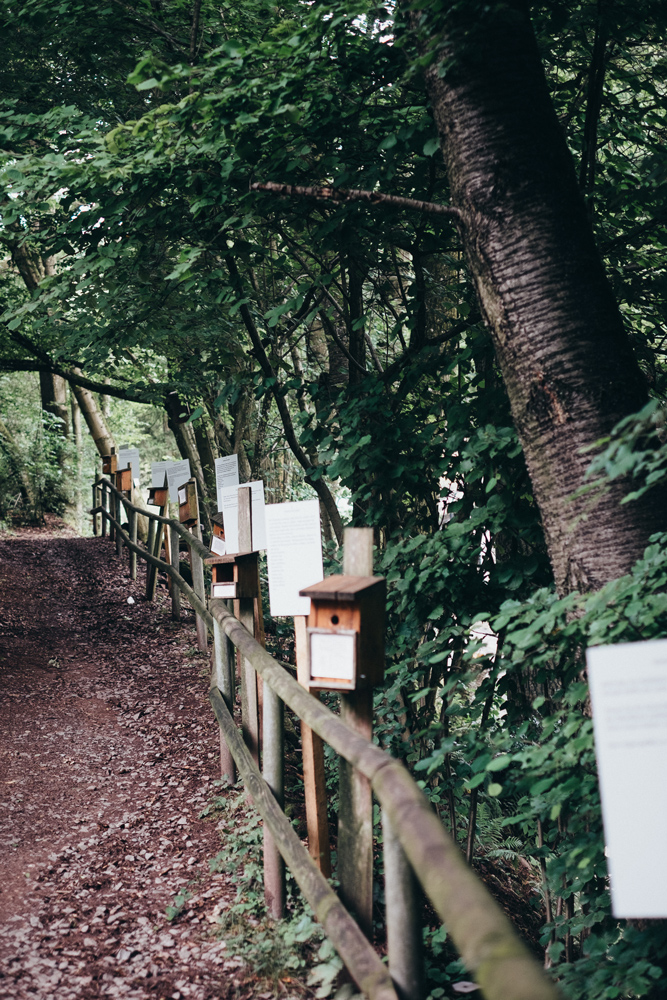 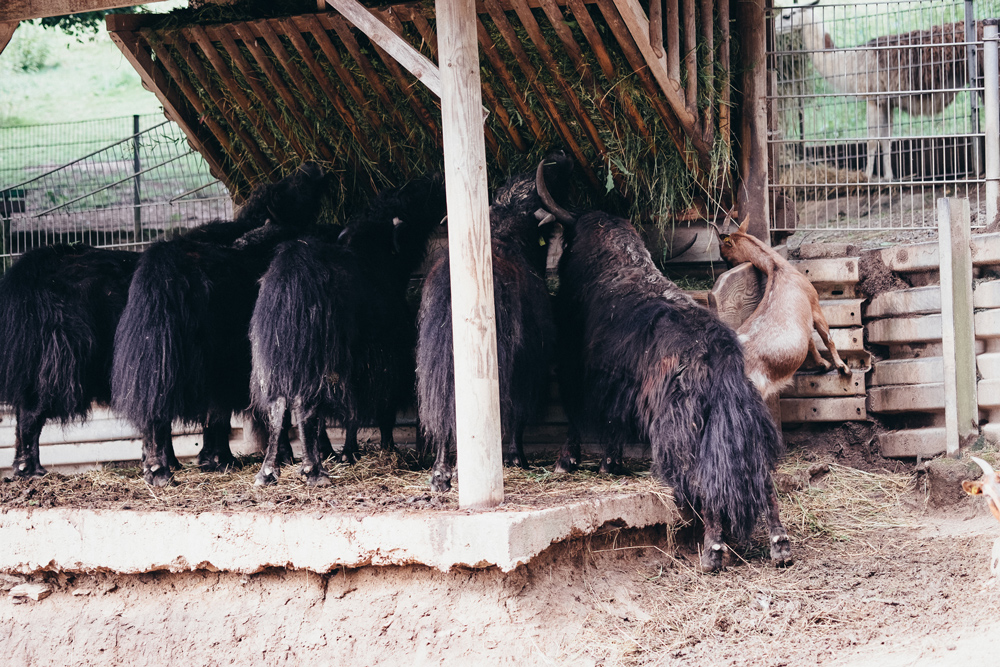 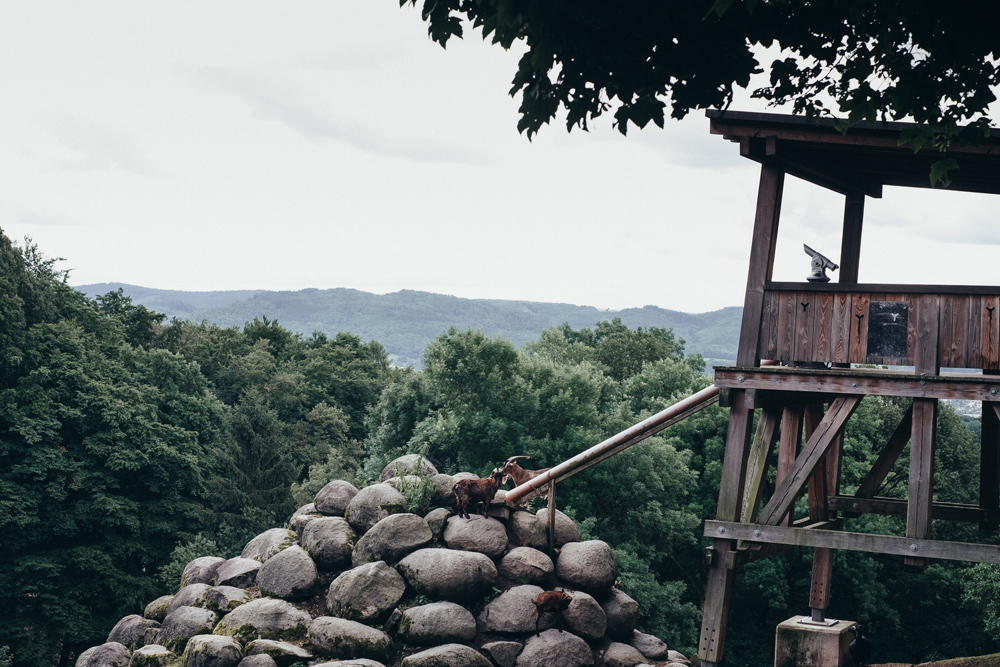 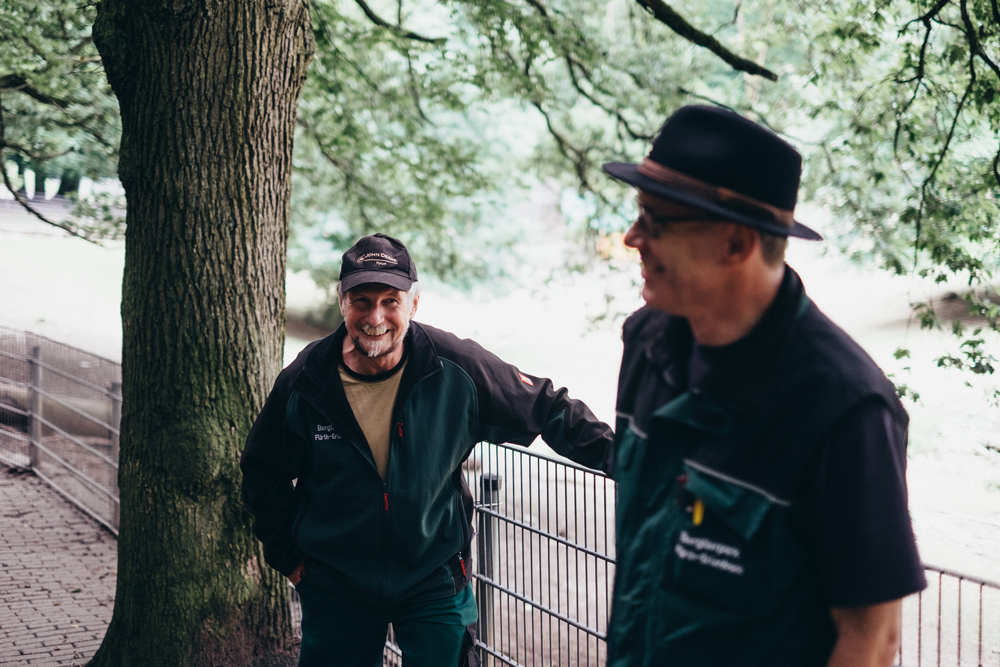