The Luisenpark in Mannheim is one of the most beautiful parks in Europe. Frequented annually by over 1 million people it makes nature tangible in the midst of the city, like Central Park does in New York. It is an invitation to slow down, a classroom for nature and species conservation and a place for encounter: city children come into contact with animals in a careful way here—a farm, where you learn for life.

Communication on equal footing: The two miniature Shetland ponies, Robert and Folly Foot, look directly in the eyes of Richard and his sister Elisabeth. The horses gently shake their mane and the nine and six-year-old children start to giggle. The fully-grown pony geldings are only a metre high, but intelligent and empathetic and they only trust children, who communicate with them clearly and resolutely, yet lovingly.

Biologist Andrea Gerstner has established courses for the encounter between animals and children at Luisenpark. She knows how to bring nature home to city children: In cooperation with her colleague Christine Krämer, she offers the weekly ‘Lerne das Pony-ABC’ (‘learn the ABCs on ponies’) course for children ages five and up “in a real and tangible way,” says Andrea.

The chocolate-coloured Robert with his white spots and the almost girlish, fair-haired and beige Folly Foot were donated to the park in autumn 2016. Donor Peter Hofmann is the chairman of the horse-riding club Reiter-Verein Mannheim, whose premises neighbour Luisenpark. Today, a large number of species—such as flamingo, coati and clownfish—live in the 41-hectare park that received numerous attractions for the ‘Bundesgartenschau’ horticulture show: the legendary ‘Gondoletta’ boats on the Kutzerweiher pond, the plant show house and the Seebühne (lake stage) for example. 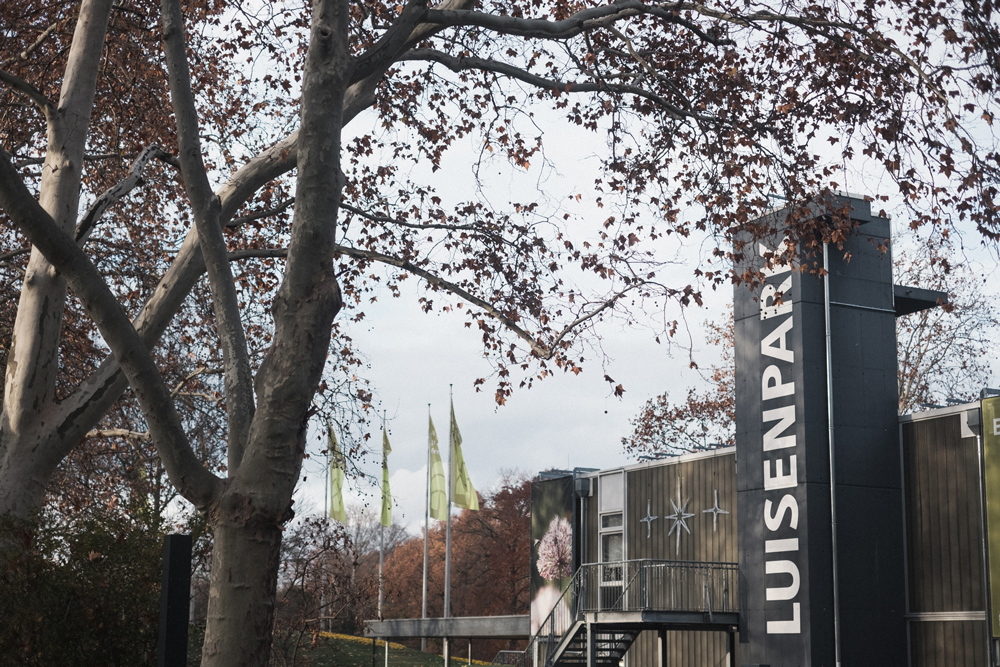 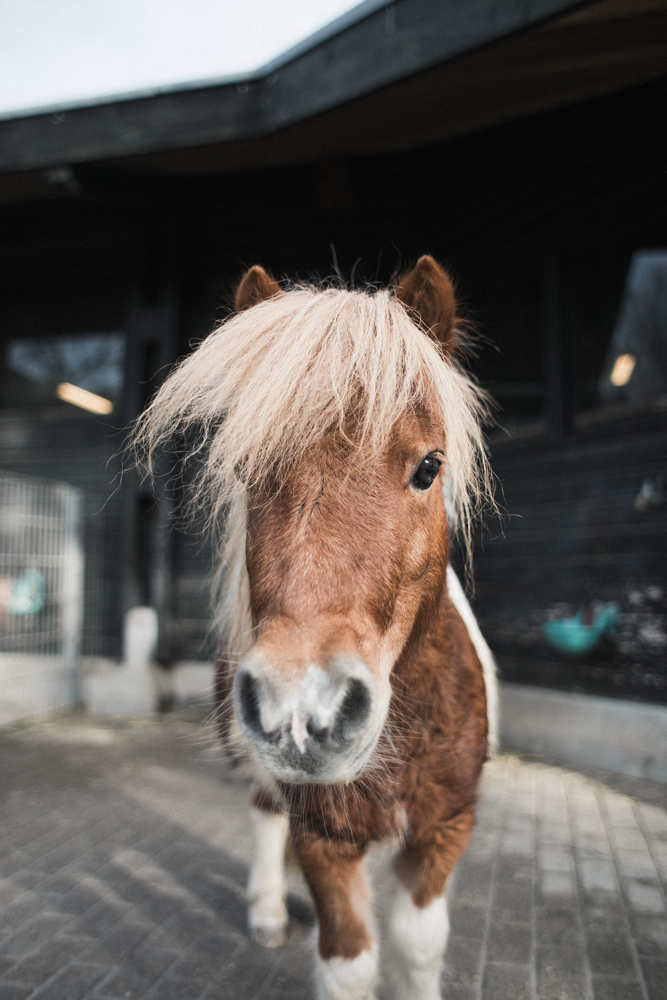 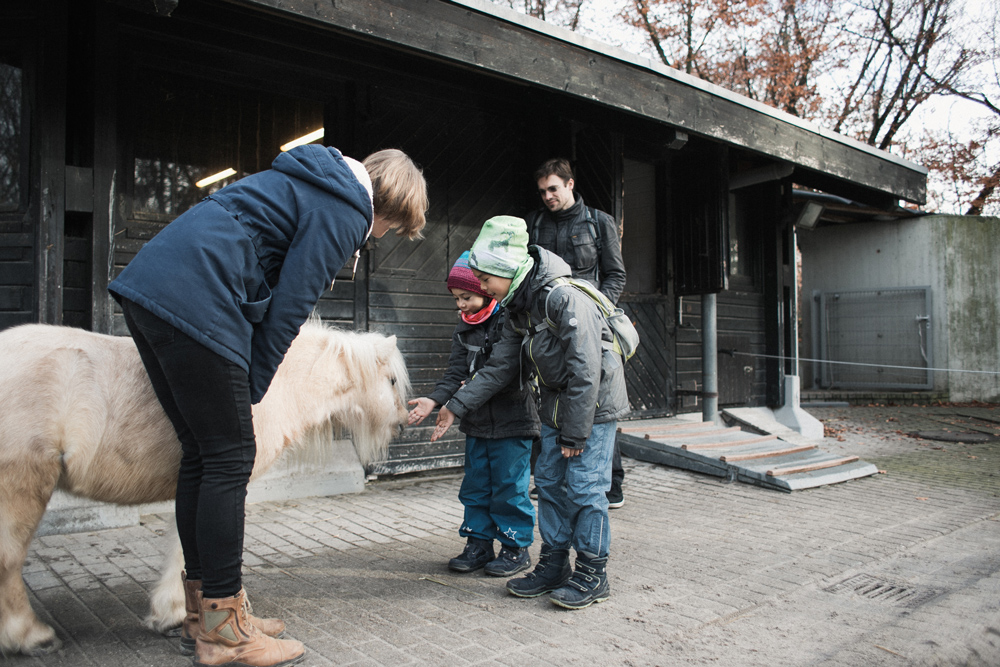 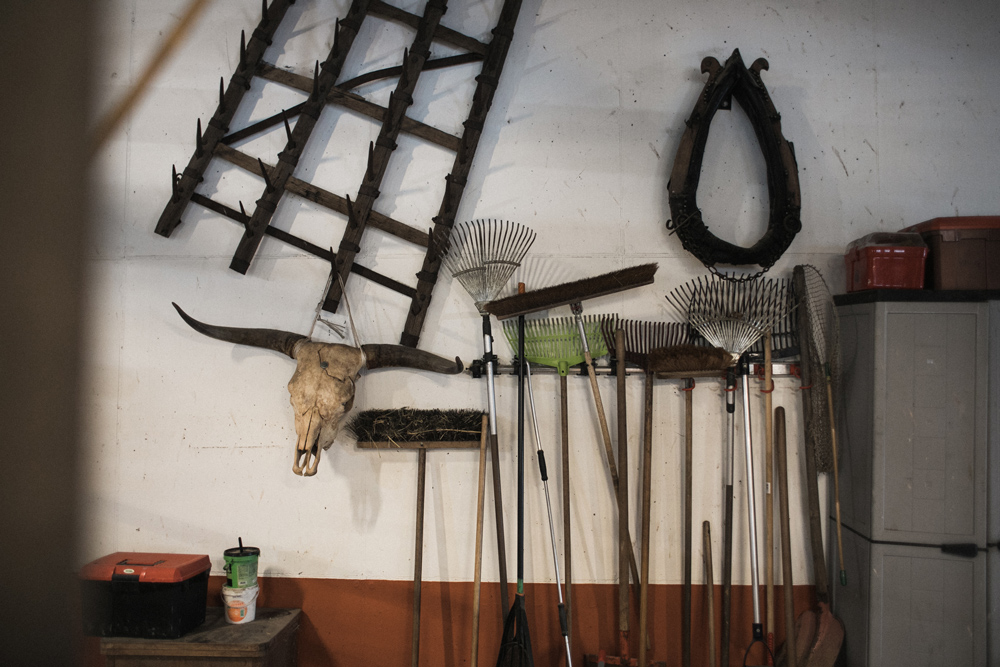 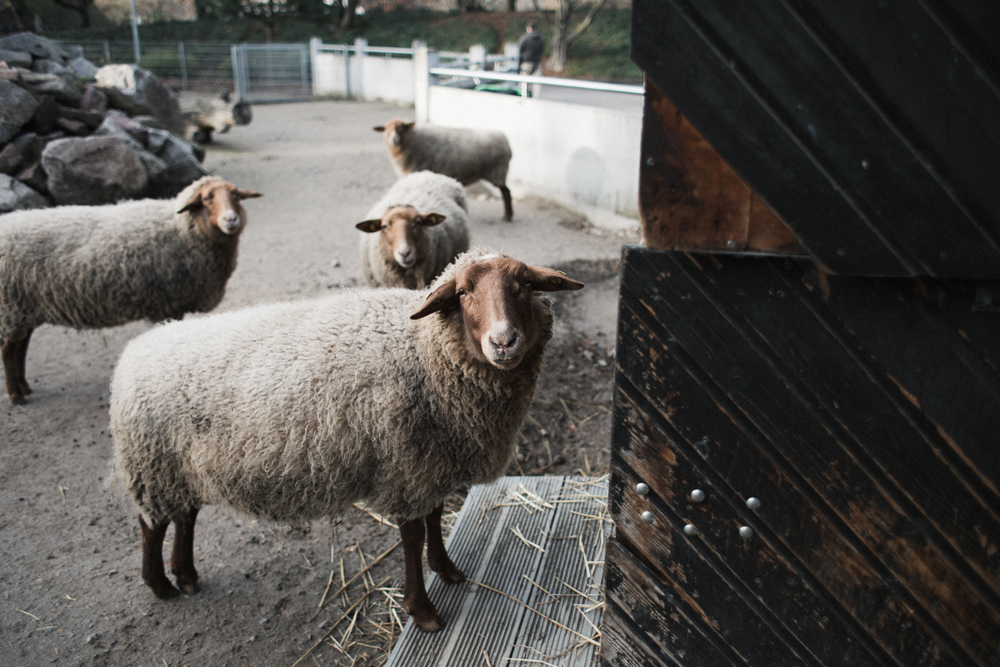 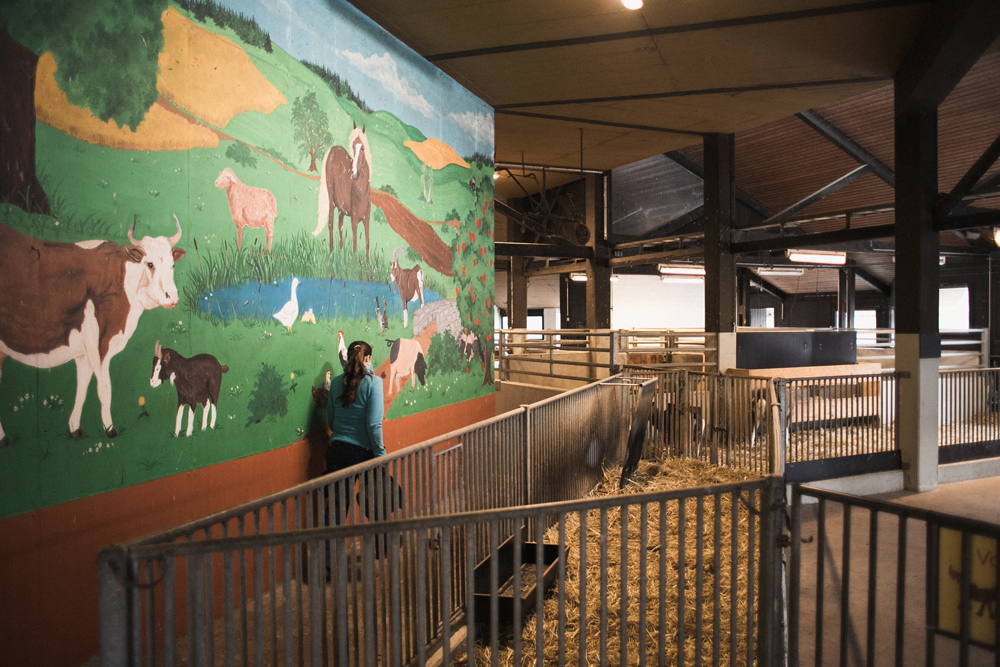 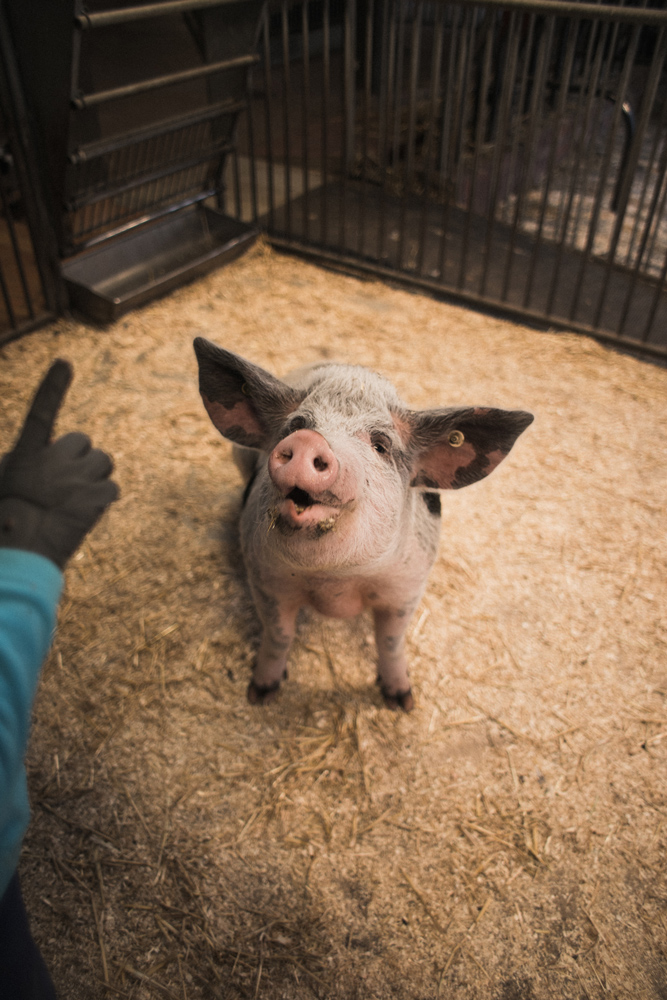 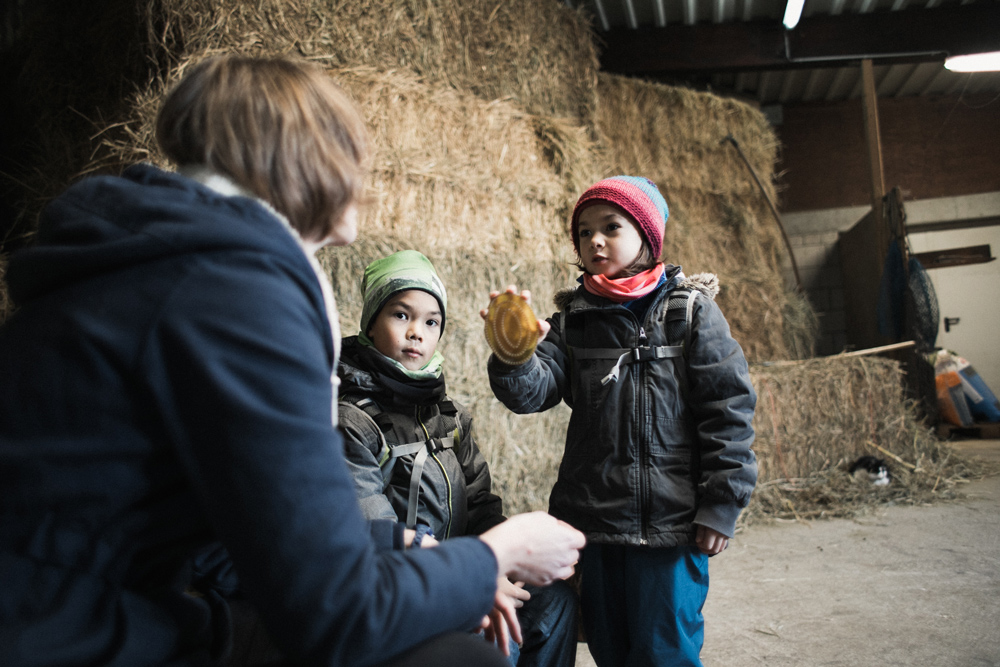 The house-share of Robert and Folly Foot is an extraordinary attraction for children and the ‘Bauernhof’ (‘farm’) section gains a lot from it. Splendid carthorses used to live here—then, the hayrack and the brushes were relocated to fit the miniature ponies. Now, all four-legged neighbours live on equal footing—or equal hoof’ing: bleating Thuringian goats as well as relaxed Bentheim Black Pied pigs and nosey Coburg Fox Sheep. Only the Jersey cattle tower above the crush. All of them, however, belong to old species in danger of extinction and are worth protecting.

“This is the most beautiful thing about the ‘Pony-ABC’: Children gaining self-confidence.”

As a non-profit company and a public institution, it is Luisenpark’s designated purpose to offer locals and visitors to Mannheim a recreational space to unwind. In addition to that, the park’s managing director Joachim Költzsch set himself and his team the task of communicating knowledge about animals and plants, taking a stand on nature conservation and the protection of species, particularly the preservation of biodiversity,and raising public awareness of this idea. “In light of the Digital Age, real-life encounter with nature has become increasingly important for our children’s development. Our animal-encounter programme in the heart of the city simply aims at strengthening people’s awareness of nature—this is what we stand for,” Költzsch explains.

Andrea Gerstner, who is a mother herself and holds a degree in Biology, acquired in Heidelberg, encourages little Elisabeth to reach out her hand towards Folly Foot’s nostrils: “Hold your hand out carefully. Ponies have a good sense of smell.” His white hair tickles the child’s dainty hand and Folly Foot welcomes the girl with a gentle snort from its black lips. Elisabeth laughs. Folly Foot nudges and paws at her gently. Working at Luisenpark’s pony farm has taught Andrea how differently children react to the animals. Some of them need to be restrained, because they are too noisy and ponies are animals with a flight response and fly the coop when scared. However, most of the time the children are not too noisy, but quite the opposite. They are very quiet, even if they had never had any real-life contact with horses before. At the pony farm, they learn to take responsibility for animals. Scratching out hooves is a bit complicated. Andrea therefore holds the iron tool herself in the beginning, but the boys and girls usually can do it themselves on their second visit.

The animal-encounter programme for up to six children is always well attended, no matter if rain or shine. This success and a donation by the foundation Klaus Tschira Stiftung Heidelberg encouraged Luisenpark to design a comprehensive ‘Pony-ABC’ programmein 2019—with consecutive courses.

Children may groom the ponies. They glance at the brush set curiously: coarse bristles for mud, fine curry-combs for the mane and the tail. Horse grooming is more than cleaning, it helps building a relationship between the child and the horse. The two male animals stand dandified—ready for the course: Little Elisabeth keeps pretty Folly Foot on a lead, on her own. He plods easily after her; then he stops. Elisabeth looks a little confused, seeking help. “You’re the boss! Keep moving!” Andrea encourages her. The girl doesn’t hesitate and goes ahead. Folly Foot follows, along cones and over rods. He trusts Elisabeth. Andrea nods with content, because this is just as it should be: “This is the most beautiful thing about the ‘Pony-ABC’: Children gaining self-confidence and building a relationship with the animal—much to the delight of everybody.” 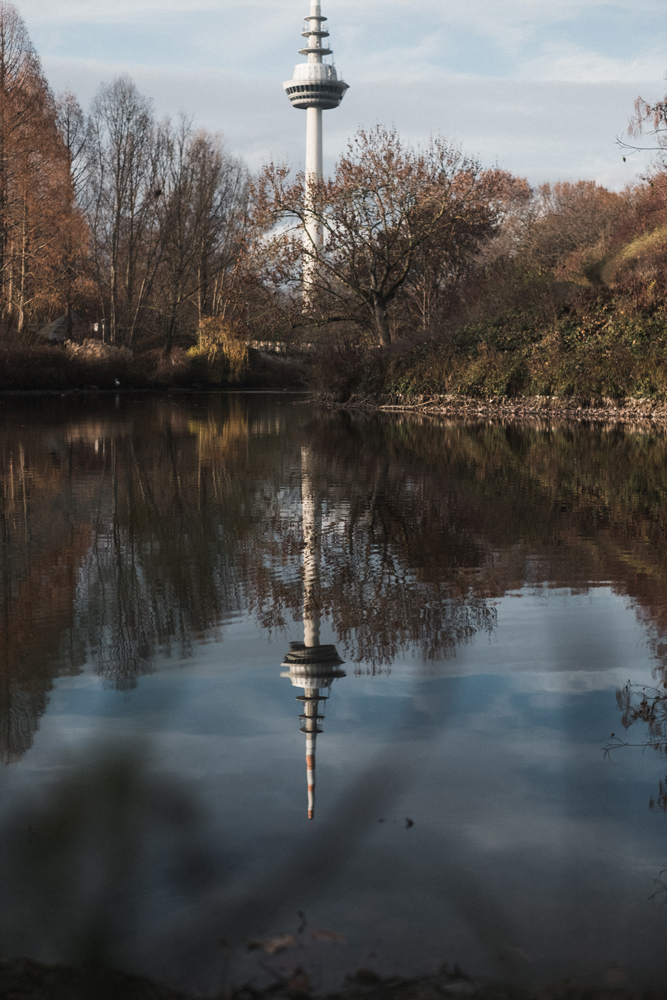 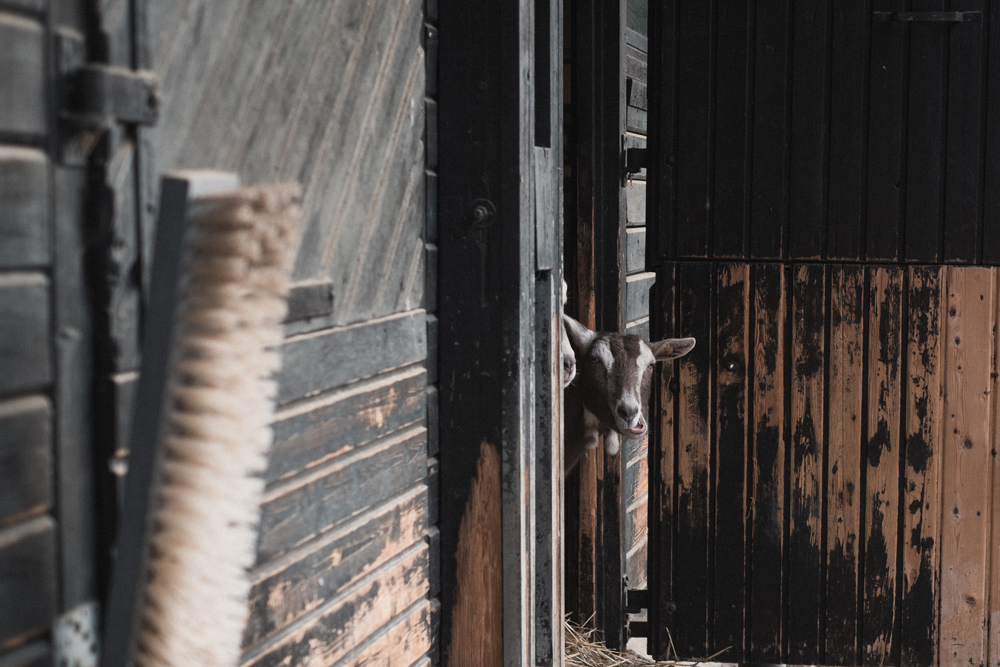 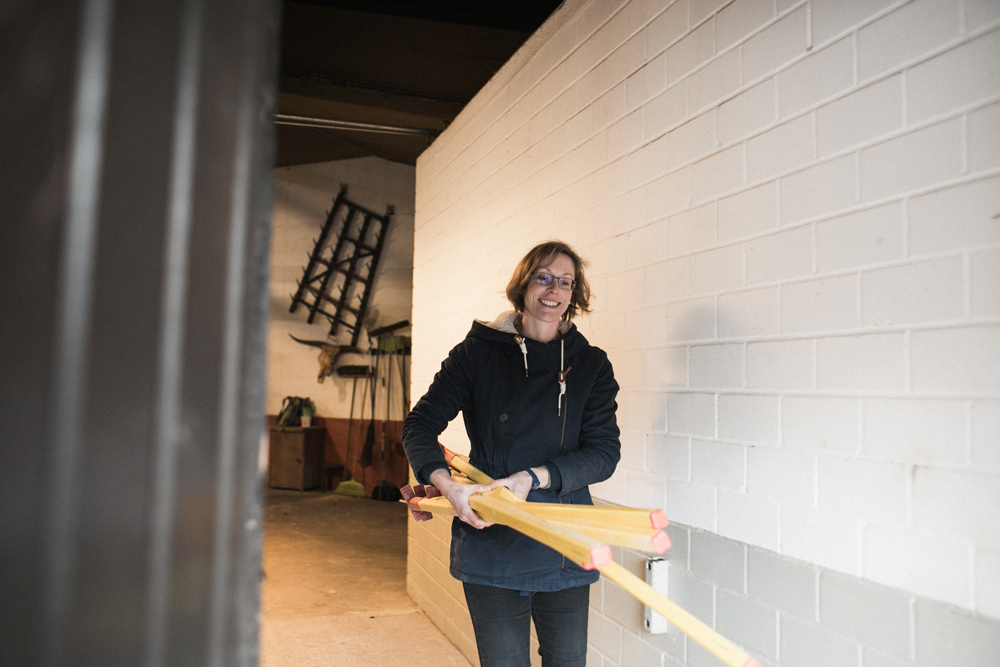 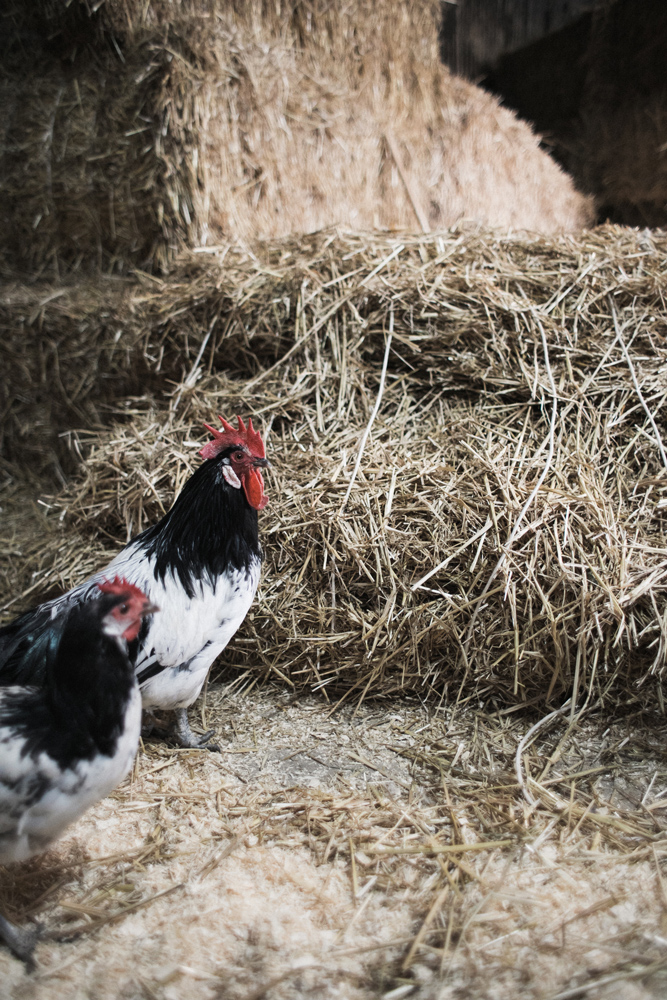 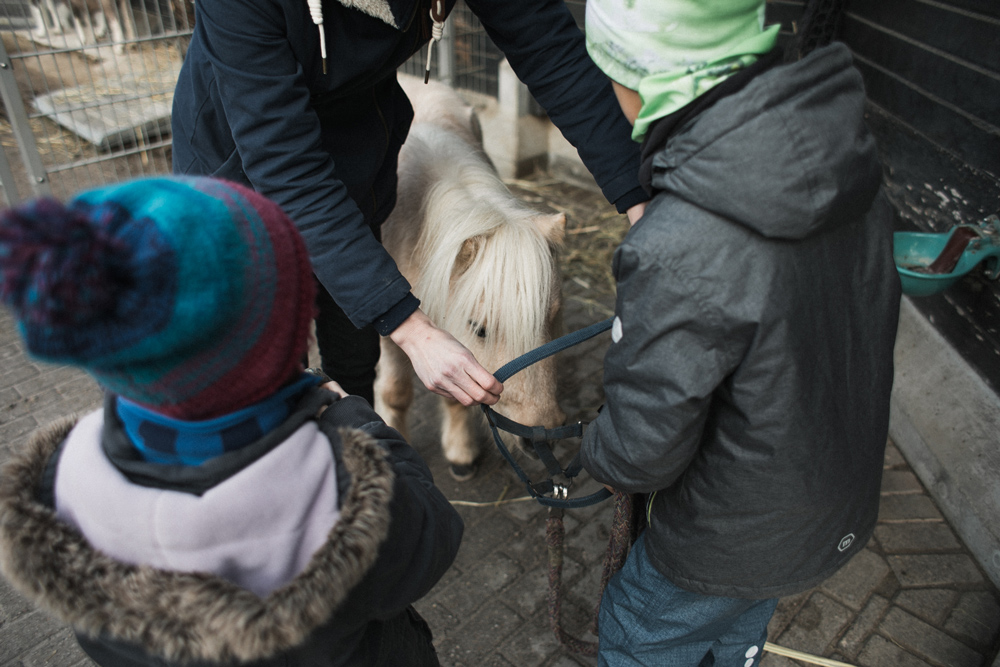 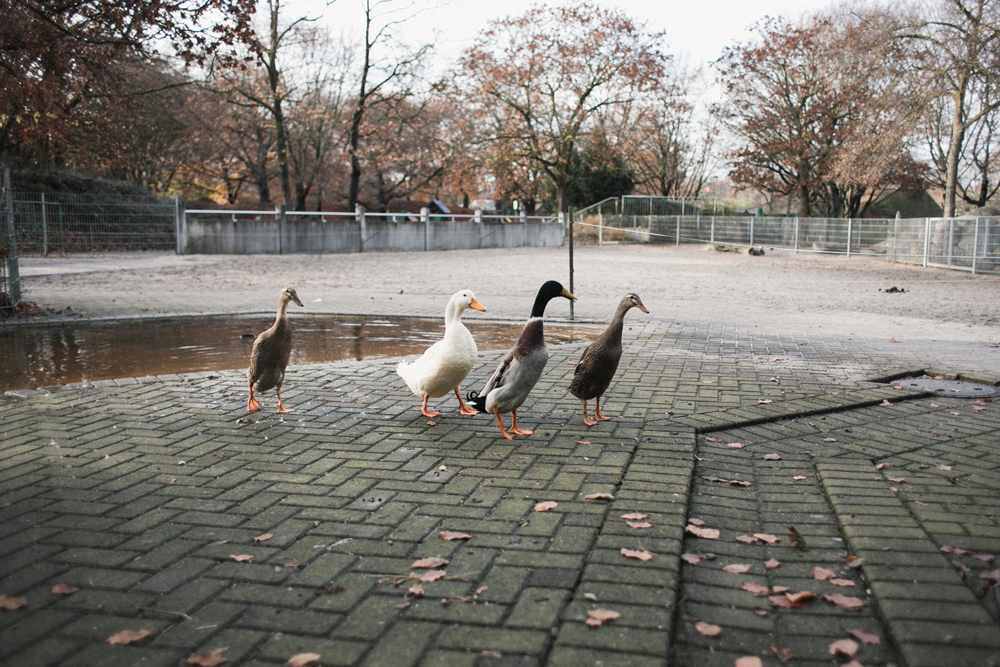 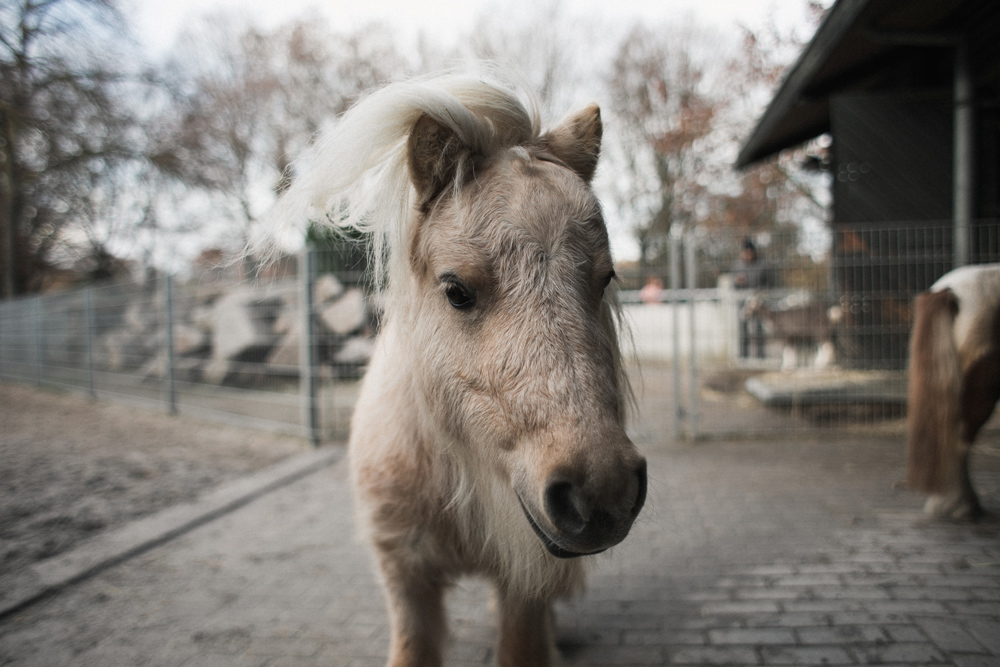