For Palatinate locals, a journey to Pennsylvania is a journey to their inner self. To their own language and culture of the past. For this is where the Pennsilfaanisch Deitsche live—people, who emigrated from the Palatinate, and still maintain their old dialect. In this interview, linguist Dr. Michael Werner talks about a form of Palatinate dialect that knows no “alla hopp,” about creepy “Elwedritsche” and about marmot Bert, who recently started living in a Palatinate wine barrel.

Michael Werner is right on the ball. He holds a wooden figure from Pennsylvania into the camera as soon as the video interview starts. It looks scary: a feathered something with a creepy face. It is an “Elwedritsch.” The American mythical creature is not even nearly as funny as its relatives from the Palatinate. “Belzenickel” that Werner shows us immediately afterwards, makes a creepy impression as well: Every year at Christmas, this weird fellow comes to children in Pennsylvania. He is, however, more reminiscent of the grim servant Knecht Ruprecht than of the friendly Saint Nicholas. With these creatures, Michael takes us right into the middle of the history of the Electoral Palatinate and goes on to talk about the traces he has found in the US, points out similarities and refers to connections to as far back as Indian and Germanic mythology. It’s time to bring him back to the present for a moment. 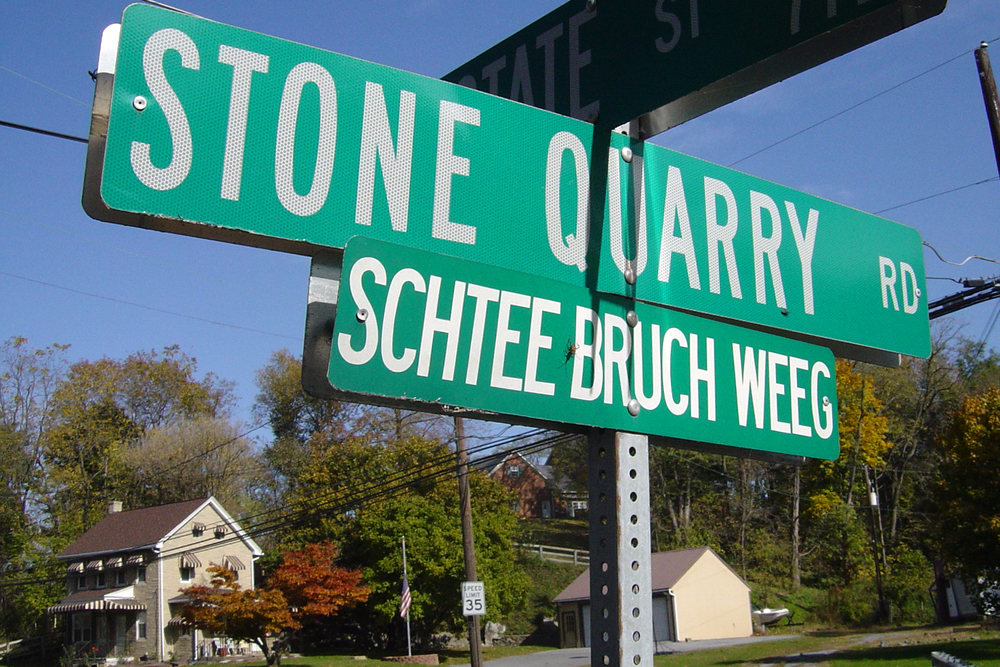 wo sonst: This is where my knowledge of Pennsilfaanisch Deitsch has already come to an end. Anyway, would I be able to get by with knowledge of the Palatinate dialect in Pennsylvania today?

Werner: You’ll be fine as long as you’re in Pennsilfaanisch-Deitschland, the region north of Philadelphia. The Deitsch, or Dutch, which is spoken there, is 80 percent similar to our present-day Palatinate. It equals the Electoral Palatinate dialect that was spoken until the 18th century in an area about 20 kilometres around Mannheim and Heidelberg. But of course there are differences as well.

Listen and learn: A lesson in Pennsilfaanisch Deitsch.

wo sonst: What are these differences?

Werner: In Deitsch there is no “alla” and hence no “alla hopp!”

wo sonst: You must be joking: Palatinate dialect without “alla hopp?”

Michael Werner: Well, “alla hopp” obviously immigrated to the Palatinate after a number of Palatinate locals had emigrated from it. “Alla hopp” is borrowed from the French “allons” and apparently sneaked into Palatinate not before the end of the 18th century, like many French terms did. The major migration flows had taken place before that, in the 17th and 18th century. So, Pennsilfaanisch Deitsch doesn’t  have any French loanwords. In return, a number of English terms slipped in.

Michael Werner: Yes, there are lots of German-American mixtures. Like “mir hickele” (wir hüpfen = we hop) that became “mer dschumbe.” And there are terms, whose meaning changed over time, such as “halt an!” Its original German meaning, “stop,” was turned upside down by the adaptation of the English meaning of “hold on.” 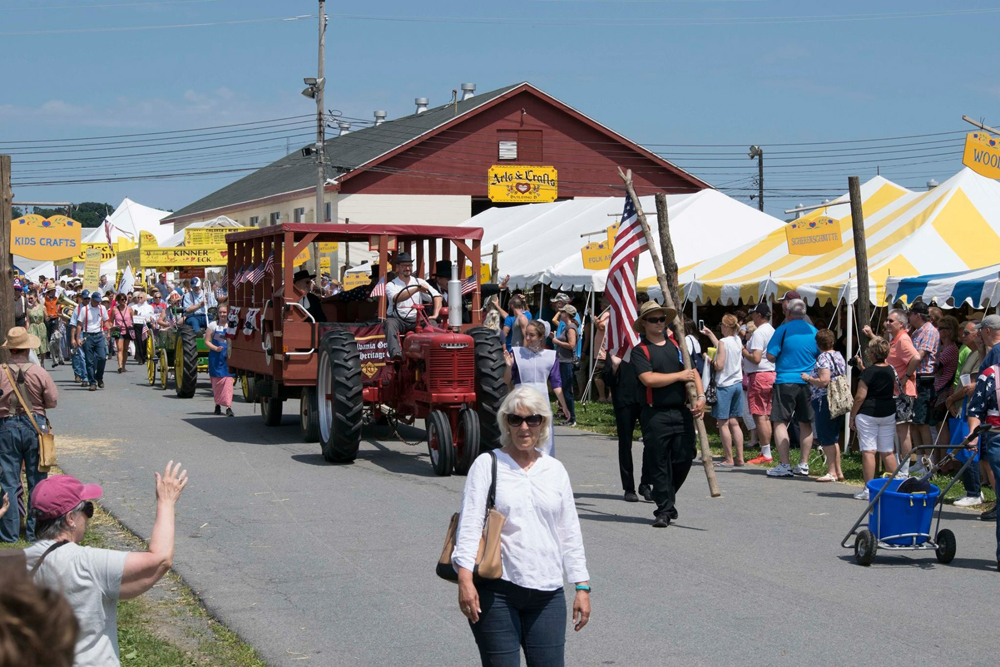 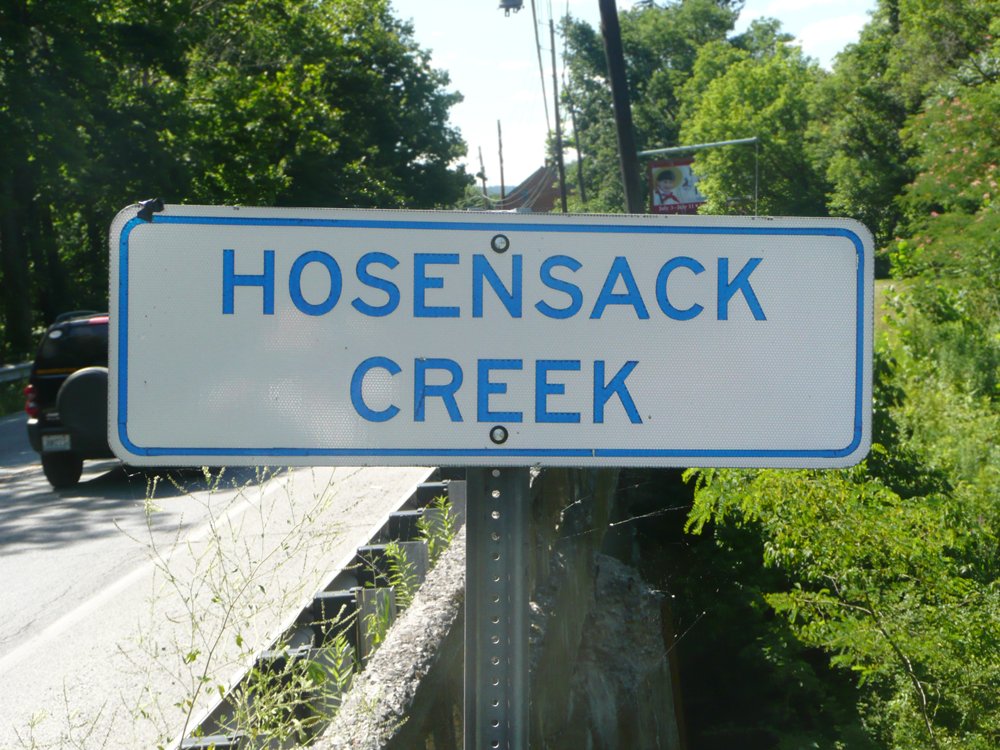 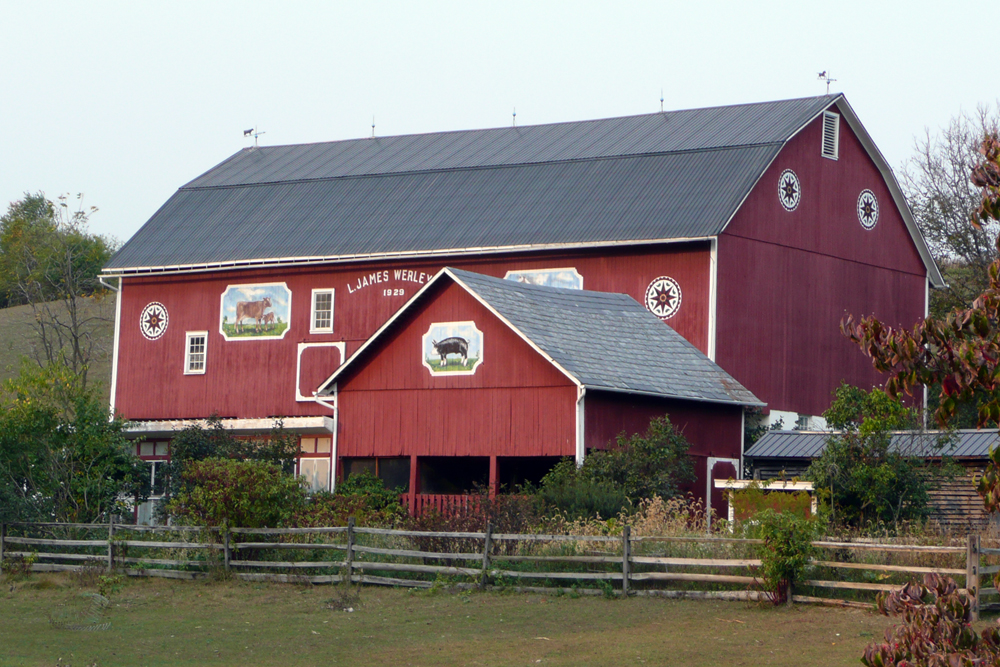 Michael Werner is a linguist—with a preference for linguistic and historic mysteries. He tracks terms, myths and customs across continents, cultures and centuries. Michael is from Frankenthal, studied linguistics in Mannheim and did his doctorate about the Palatinate dialect. He is particularly fascinated about the history of the migrants from the Palatinate in the US. He edits the Pennsylvanian Dutch “Hiwwe wie driwwe” journal and gave his support during the research work for the successful film of the same name, which was even on at the cinemas. His ReiseVERführer (literally ‘travel guide to attraction’) with stories from Pennsylvania will soon be available. Another one of his projects is the band “New Paltz” he has joined, which mixes American Folk music and deitsche lyrics. And once every year, there is the German-Pennsylvanian Day, where Michael gets involved as organizer and whose location alternates between municipalities in the Palatinate and the Electoral Palatinate (English version link: https://dpak.wordpress.com/english-version/). Michael was presented with the Hermann-Sinsheimer-Plakette award by the town of Freinsheim in 2020 for his efforts in transatlantic Palatinate understanding.

wo sonst: What is it that fascinates you so much about the dialect?

Werner: I always found it exciting that people can have more than just one linguistic system. I hardly spoke dialect at home with my parents, but I was able to switch to extreme Palatinate speech as soon as I came to my grandparents. This doesn’t happen out of intention like it does with a foreign language, but rather automatically. Dialect is part of our identity, a direct link to childhood.

wo sonst: How did you come across Pennsilfaanisch Deitsch?

Werner: As a linguist, I investigated the Palatinate migrants, among others. And for a dialectologist, it is pure blessing that the dialect has been conserved in the US to date! Pennsylvania is kind of a living museum for Palatinate people—I can go there and dive into my past in terms of language and culture.

wo sonst: Why is this so? Why hasn’t the dialect died out over the centuries?

Werner: The reason is the strong sense of community there. It roots back to William Penn, the founder of the colony of Pennsylvania. He was a Quaker and went looking for fellow migrants in the Palatinate, before he emigrated. In the course of time, more and more people, who were discriminated against in Europe because of their belief, followed this path: Quakers, Lutherans, Mennonites. They settled as farmers and held on to their land for centuries. Even today, you find families there, who are the twelfth generation to run the farm of their ancestors from the 17th century. 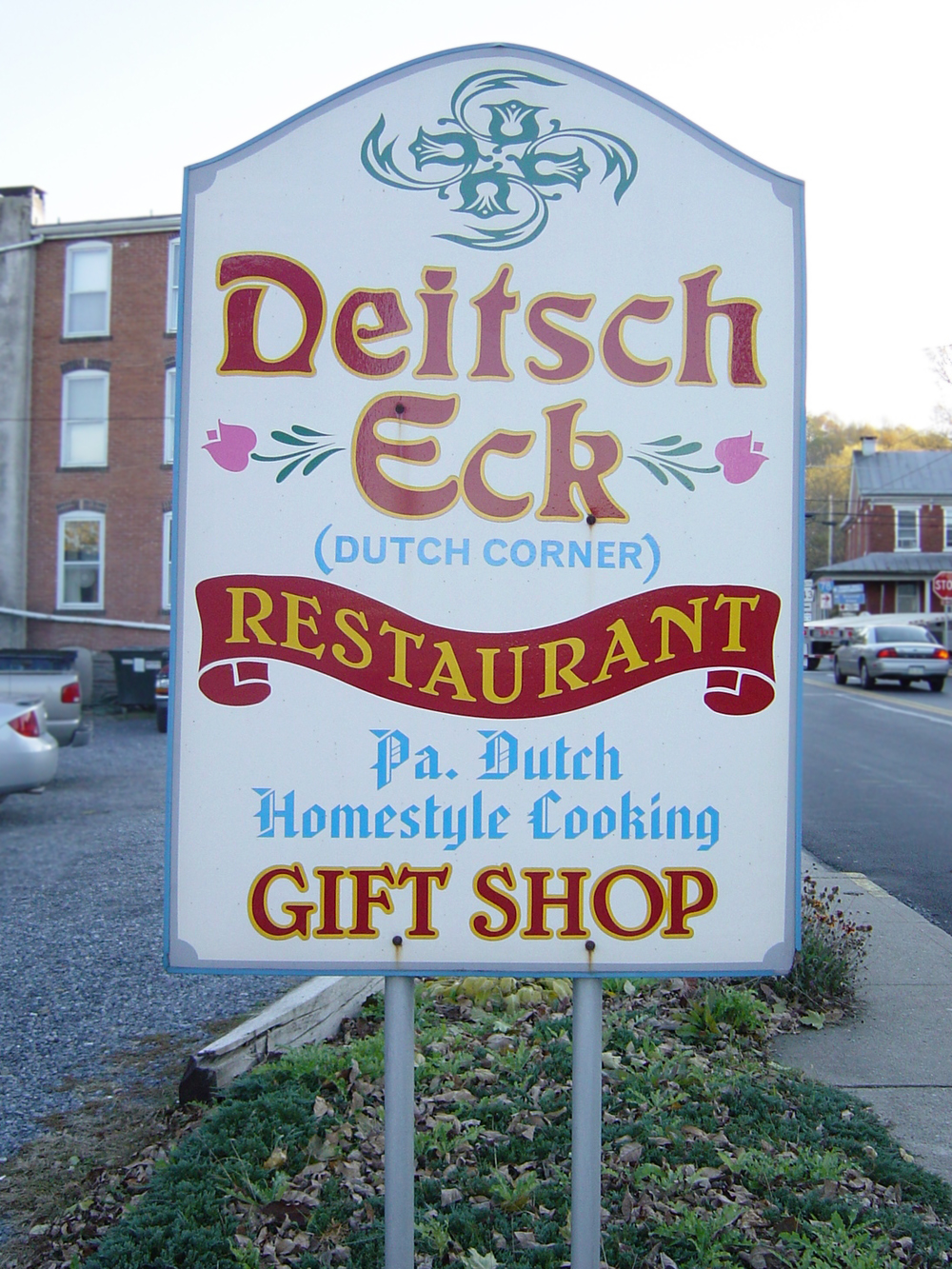 wo sonst: Which doesn’t explain why they still speak the same language.

Werner: The reasons are manifold. There are Americans of German origin, who have adapted American culture to a great extent. Among these, the dialect will probably become extinct sooner or later. Then, there are the Amish and Mennonites. Their children learn Deitsch right from birth. This is simply expected of them. Some 400,000 people speak it and the figure may double every 20 years, because there are many large families there. In fact, it is the fastest-growing non-English speaking language community in the US.

wo sonst: You have been to Pennsylvania very often. Is the Palatinate dialect a key to the people there as well?

Werner: Absolutely! The communities have much in common in terms of language and culture. You can easily enter into a conversation when you order apples using the Palatinate dialect on a farmer’s market there. .

wo sonst: But there are great differences as well, right? Particularly in terms of lifestyle.

Werner: Yes, these differences exist. The Pennsilfaanisch Deitsche community is generally very conservative, very republican. This is rooted in the pioneering era, when three things used to be sacred to people: the Bible, their arms and their entrepreneurial spirit. And to this day they deeply mistrust everything and everybody that dares to restrict these things. Well, the dialect gives you the opportunity to gain a different insight, to get to know their perspective and what’s behind it—this can be very exciting and you learn a lot.

wo sonst: Is this the reason you are committed to the transatlantic relationship between Palatinate people?

Werner: Yes, and I want to point out that there is no such thing as “the Americans,” but that some of the people who live there are actually very similar to us. And in their language and customs, things that got lost here through wars and industrialization, have actually been preserved there for over 300 years. We can learn a whole lot from them about our own identity. I learnt, for example, what’s behind Bi-Ba-Butzemann, because he still stands on the fields in Pennsylvania and watches over the harvest. This original meaning has been lost here for a long time. And did you know that the tradition of ‘marmot day’ used to be a Palatinate custom? 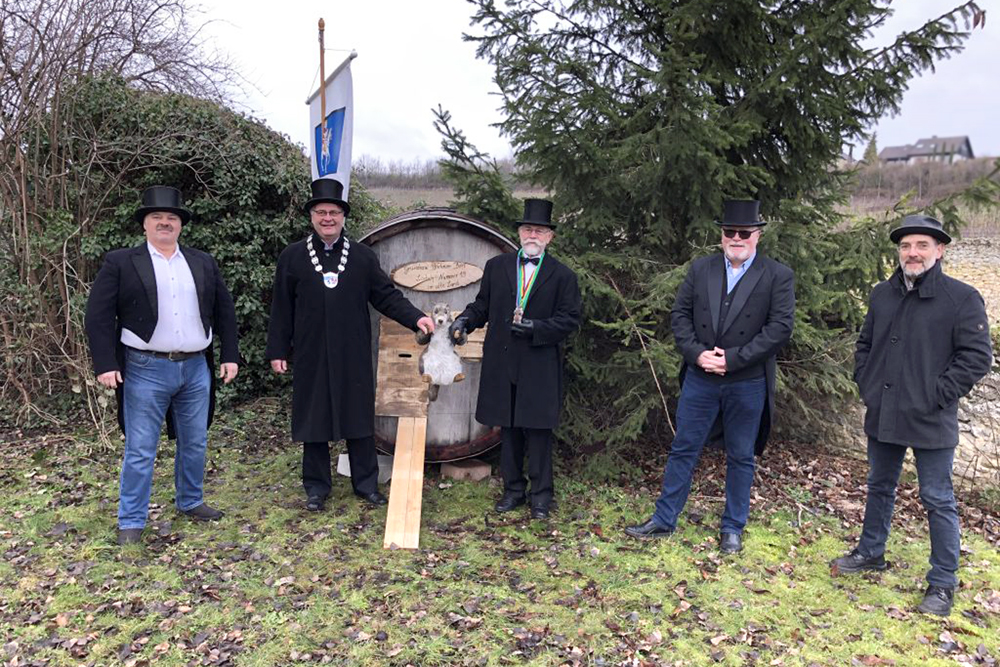 The “Grundsautag,” Groundhog Day, on February 2nd in Bockenheim.

wo sonst: The Groundhog Day? No.

Werner: In the original version, it was a badger, which would predict continuing wintertime if it saw its own shadow on February 2nd, on Candlemas. In Pennsylvania, however, there are no badgers, so the marmot would take over the role. Isn’t it great that this custom is still alive on the other side of the Atlantic! By the way, we have re-imported this tradition: In 2020 we started celebrating the “Grundsautag,” Groundhog Day, on February 2nd in Bockenheim—as long as there is no pandemic, of course, and with marmot Bert residing in a Palatinate wine barrel.

wo sonst: Michael, thank you for being hiwwe!

If you would like to order a copy of the book “Hiwwe wie Driwwe – Der Pennsylvania ReiseVERführer” please send an email to Dr. Michael Werner: info@hiwwe-wie-driwwe.de 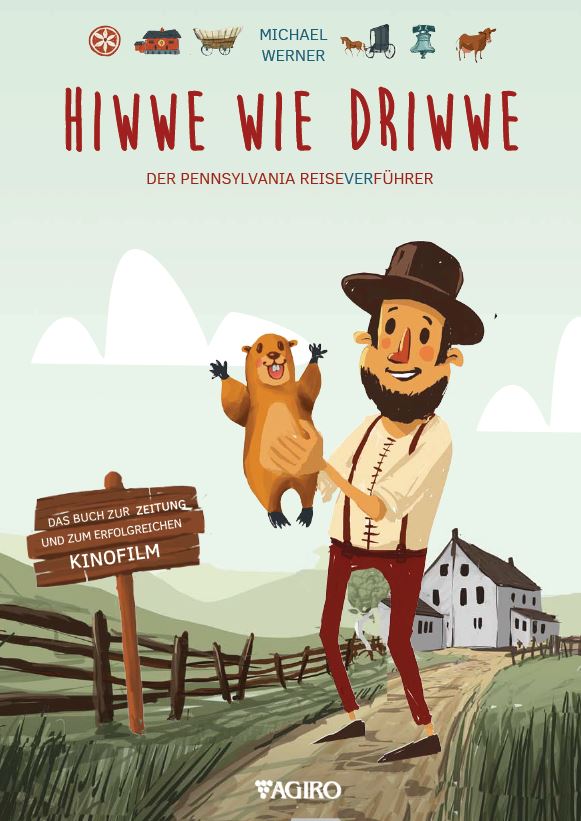 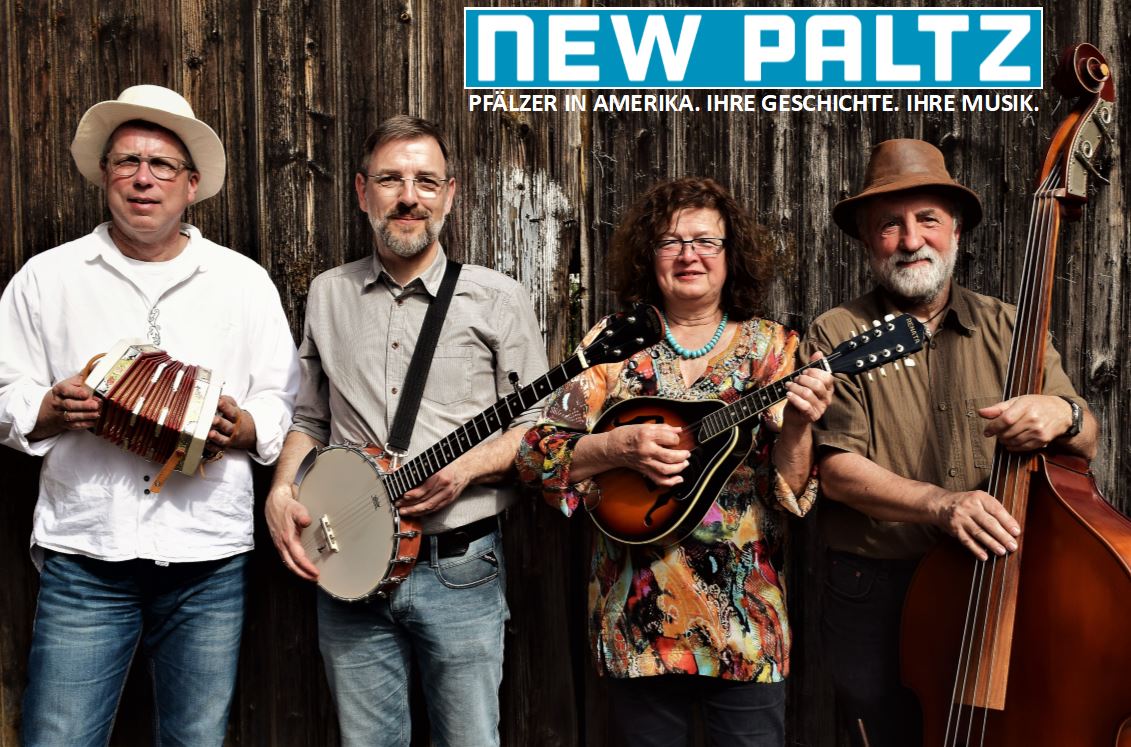 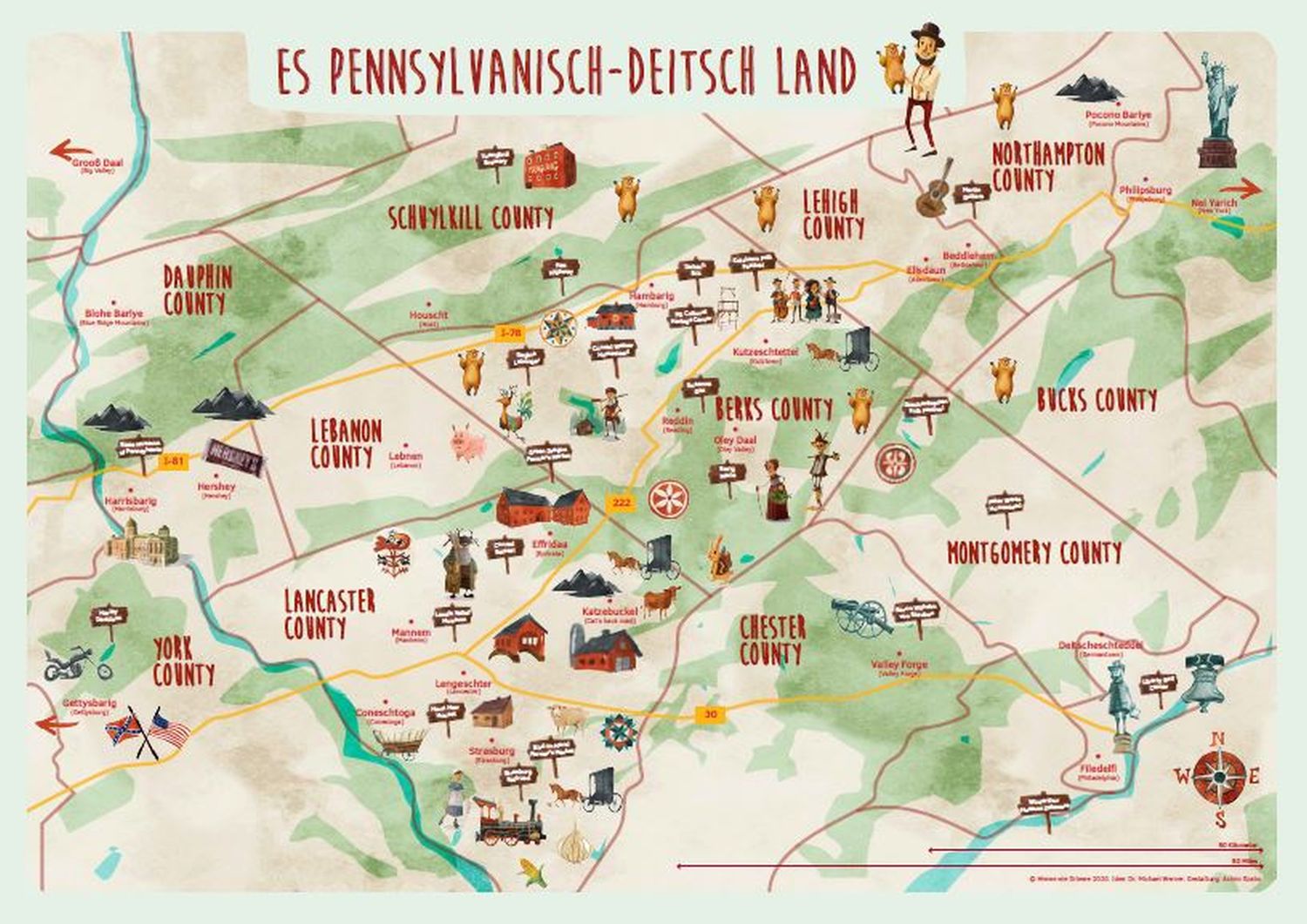 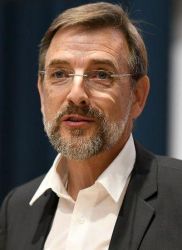 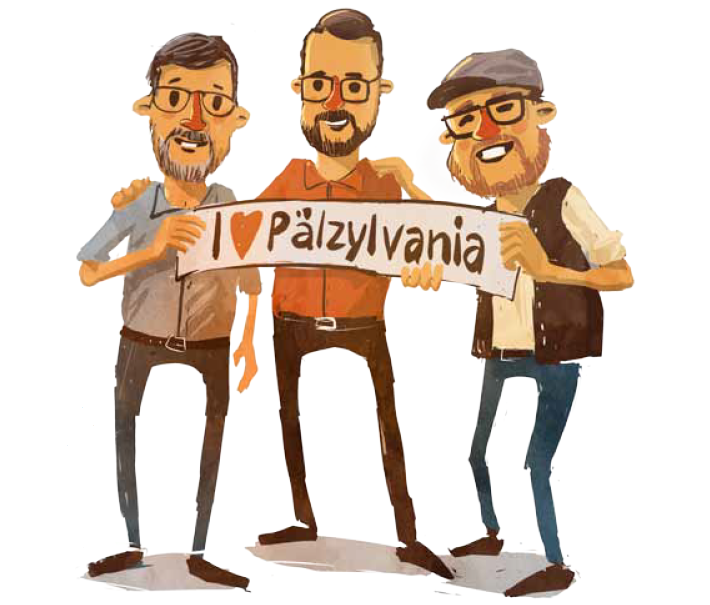