There are several refugee hostels in the Rhine-Neckar Metropolitan Region. However, only few people know that the concept of a ‘welcoming’ culture in south-west Germany goes back to the post-war period: At the instigation of Heinrich Magnani, a priest from Hettingen, Egon Eiermann built a new home for the people expelled from the former eastern territories of Germany in 1948. This way, he brought a metropolitan feeling to the Odenwald.

Egon Eiermann finally arrived. After covering a distance of more than 500 kilometres on foot from Beelitz to Buchen through the war-stricken country, he finally reached his father’s hometown. After just a few weeks, the architect found a job: “The opportunities I found in this little place were incredible,” he wrote in excitement in a letter in April 1946 to his wife Charlotte, who was staying at Lake Constance. That time, he had long been appointed the town’s construction advisor by the mayor of Buchen, Franz Xaver Schmerbeck. And shortly afterwards, he was also recommended to become an official for the national construction advisory authority of the districts of Buchen, Mosbach and Walldürn.

It is a cold morning this day in Buchen-Hettingen. The red bricks used for the construction by Egon Eiermann after the War shine warmly in the winter sun. “They are the first thing that comes into your sight,” Hans-Eberhard Müller welcomes his guests with a smile pointing to the beautiful, plain façade. Just a few more steps and you stand right in the middle of the small residential building, the Eiermann-Magnani documentation centre, that is run by his association.

A bright living room, a plain kitchen and a little small corridor open up—comprising the ground floor that the Hutter/Fleck family moved in in 1948. They were one of a total of twelve ‘eastern refugee’ families from Czechoslovakia who were given accommodation through a cooperative settlement project by the priest Heinrich Magnani (1899-1979) unprecedented in Germany at that time. The project had a prominent partner: the architect Egon Eiermann. 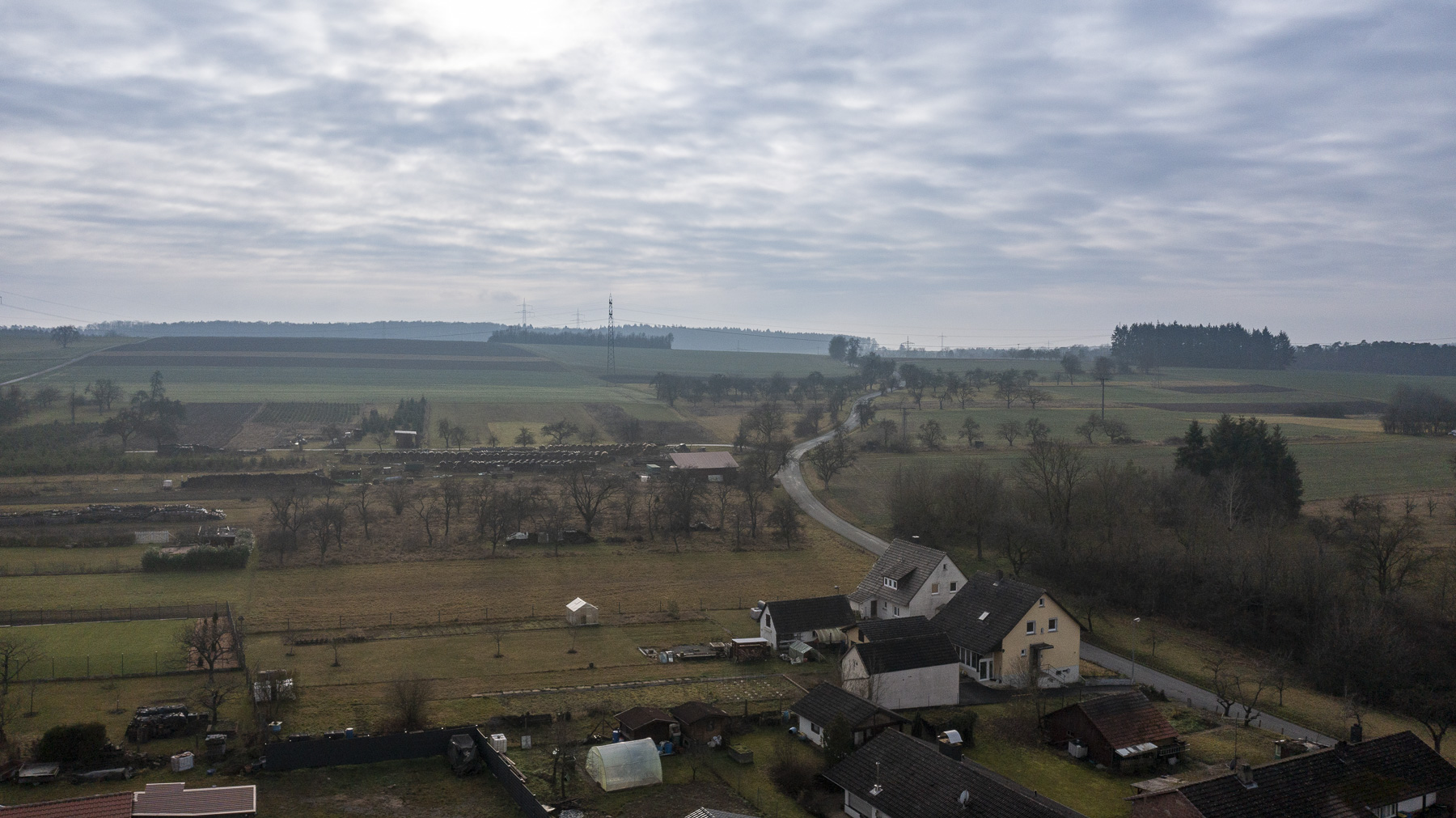 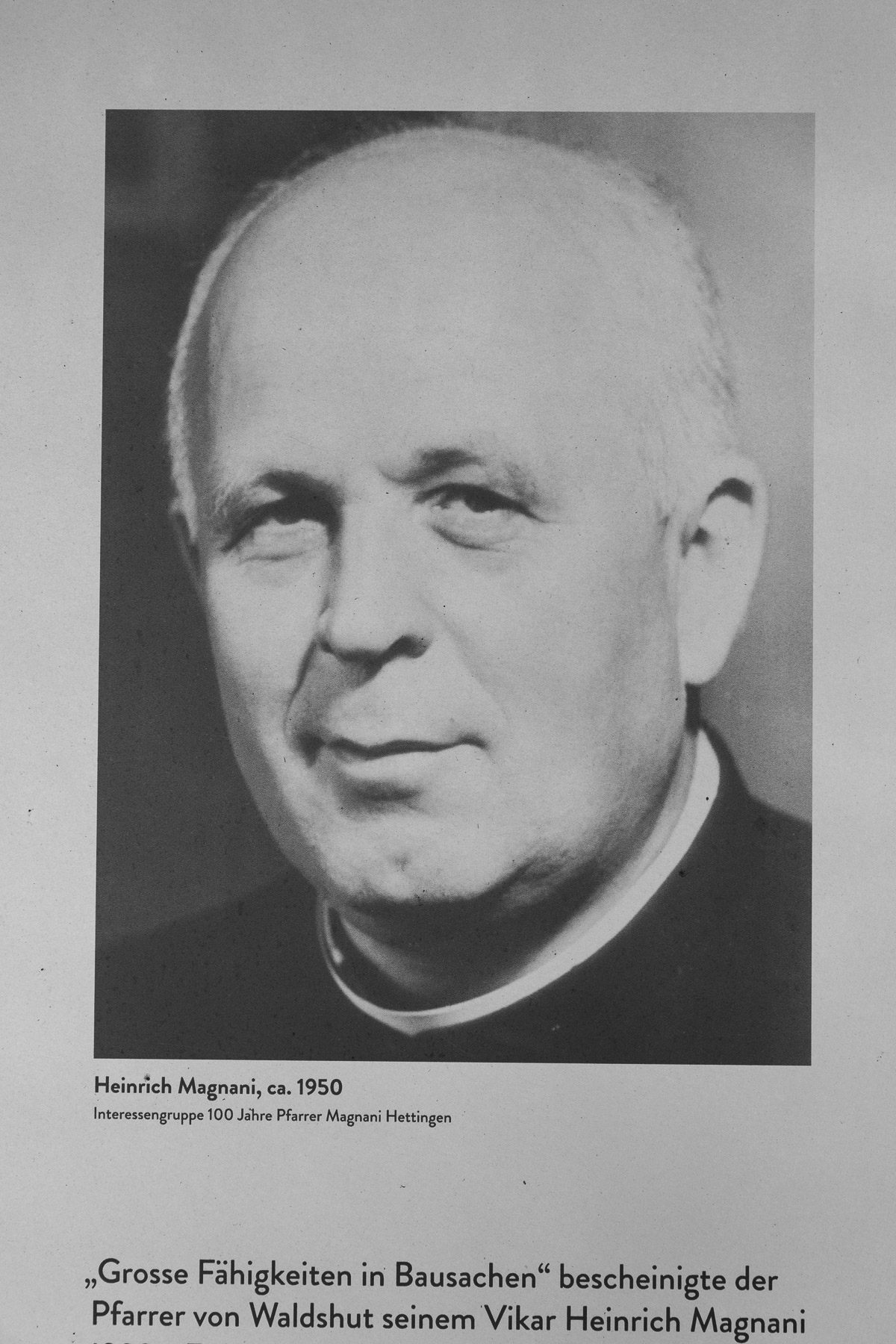 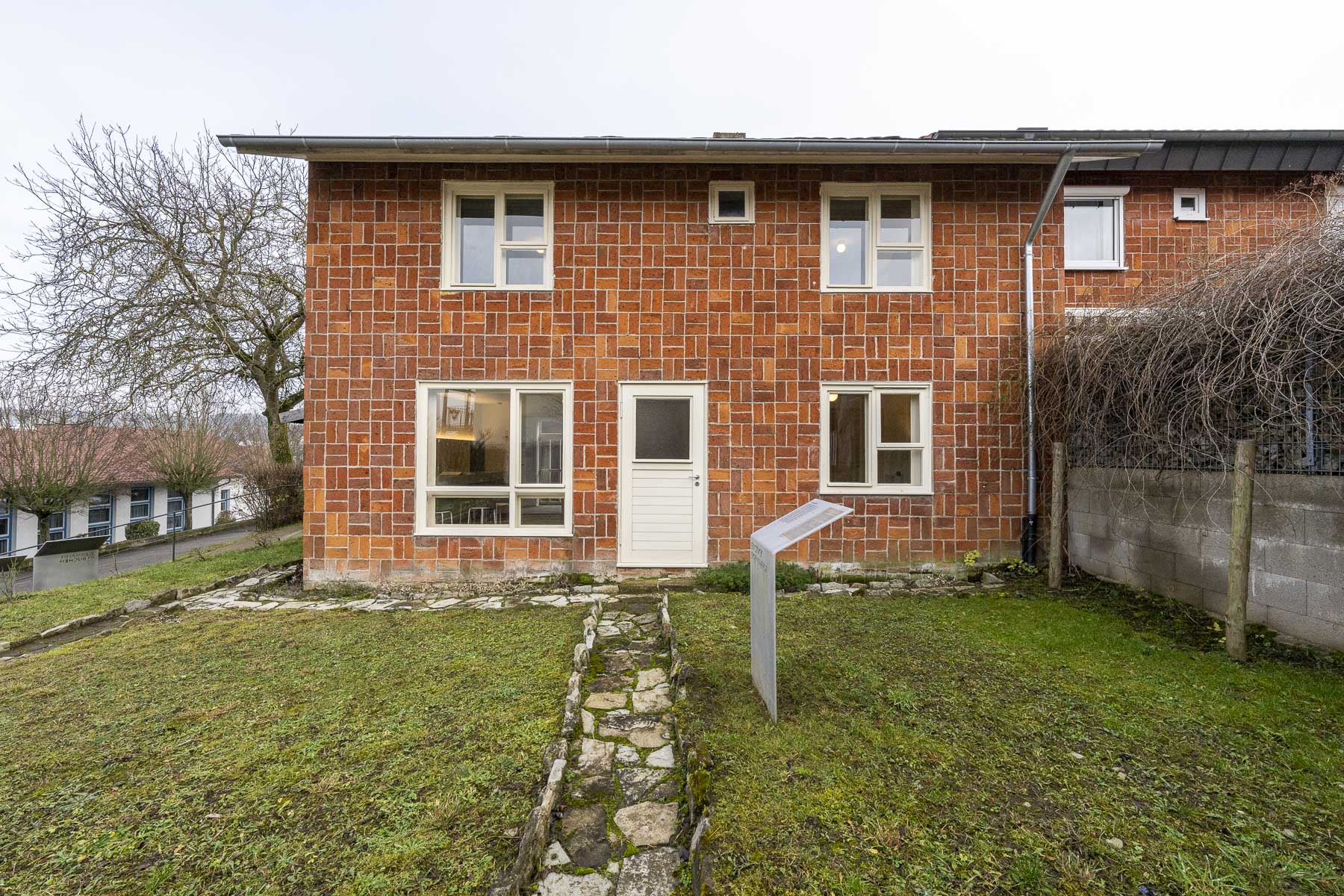 At his instigation Egon Eiermann built a new home for the people expelled from the former eastern territories of Germany in 1948. 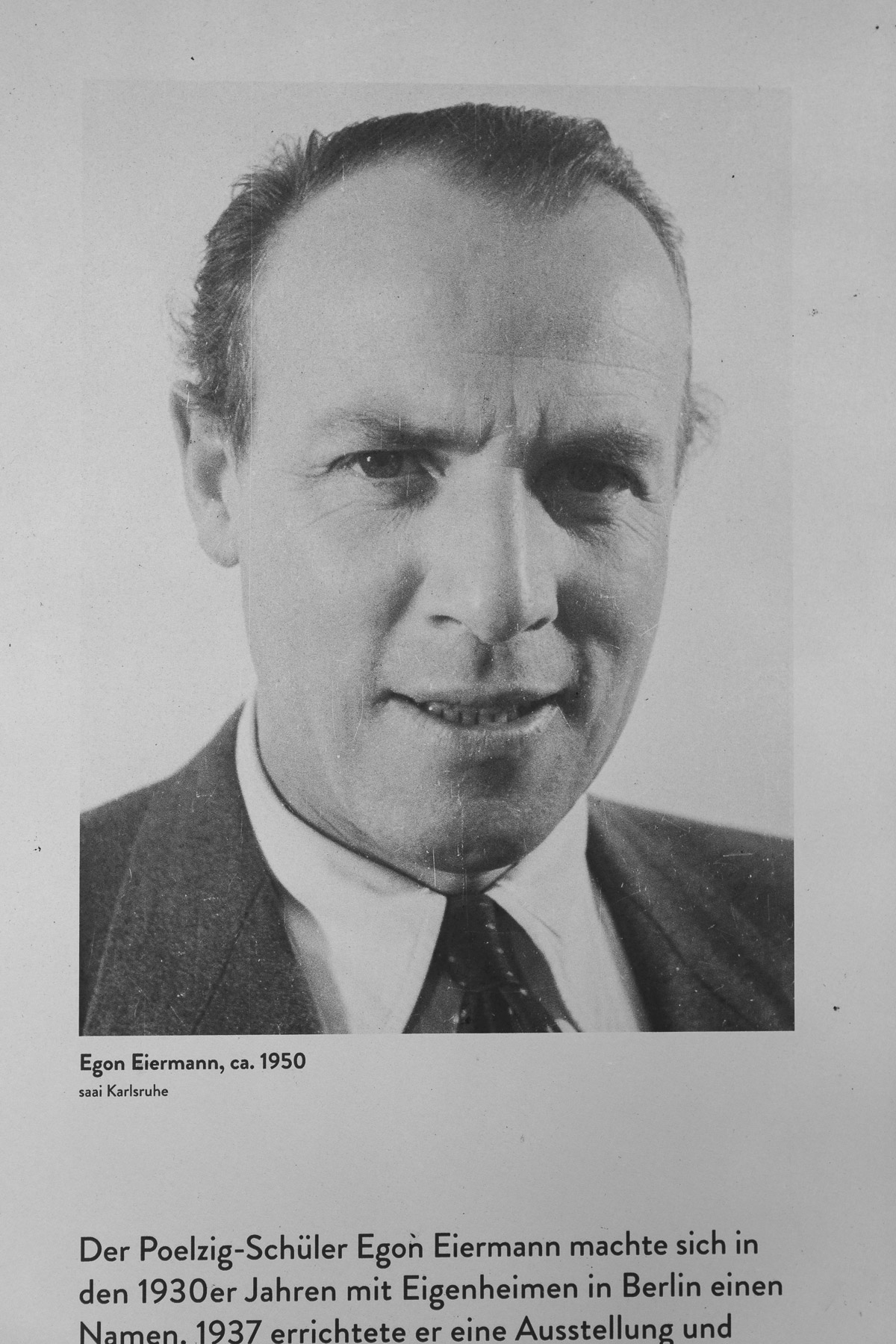 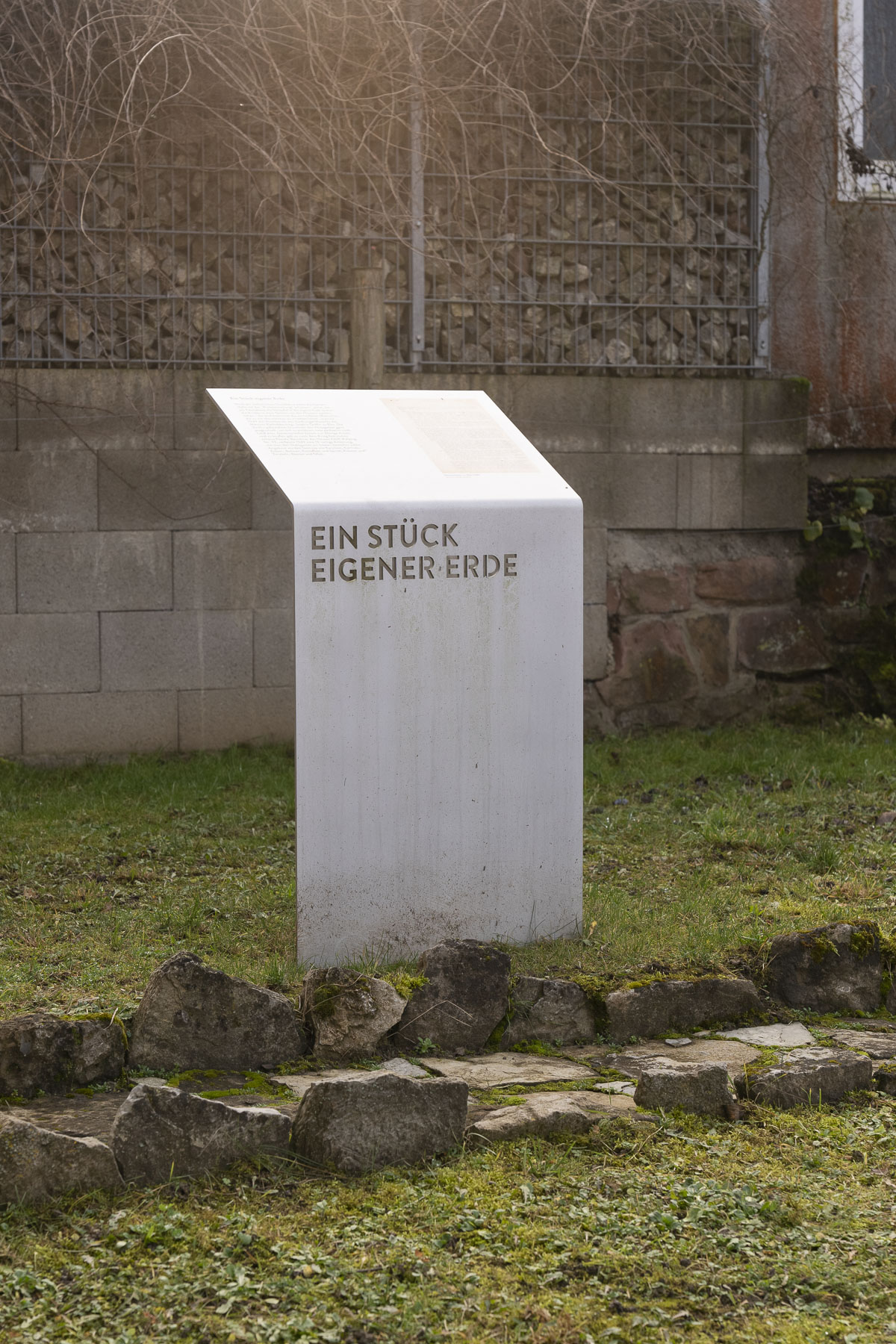 The refugees were also given some land of their own. 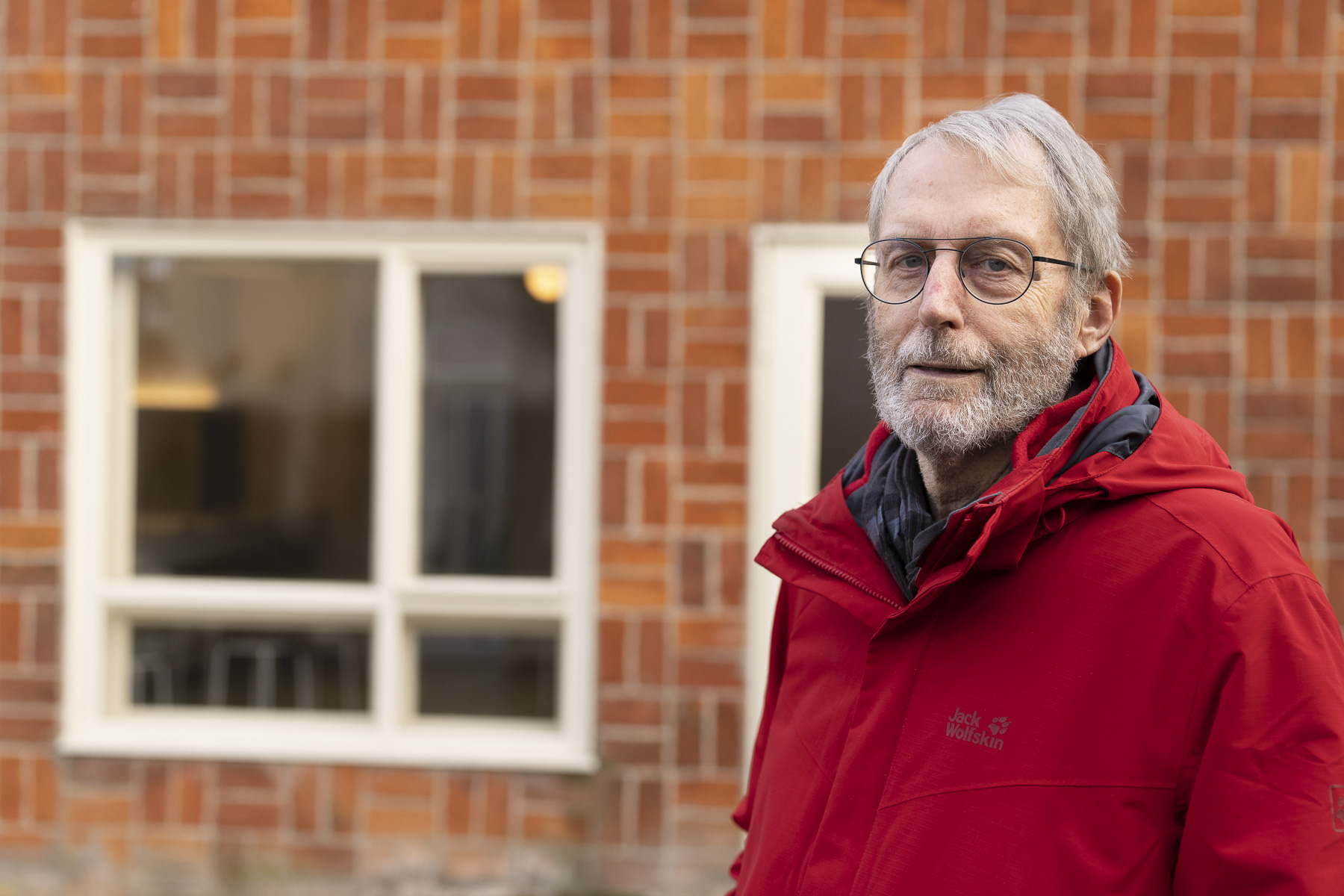 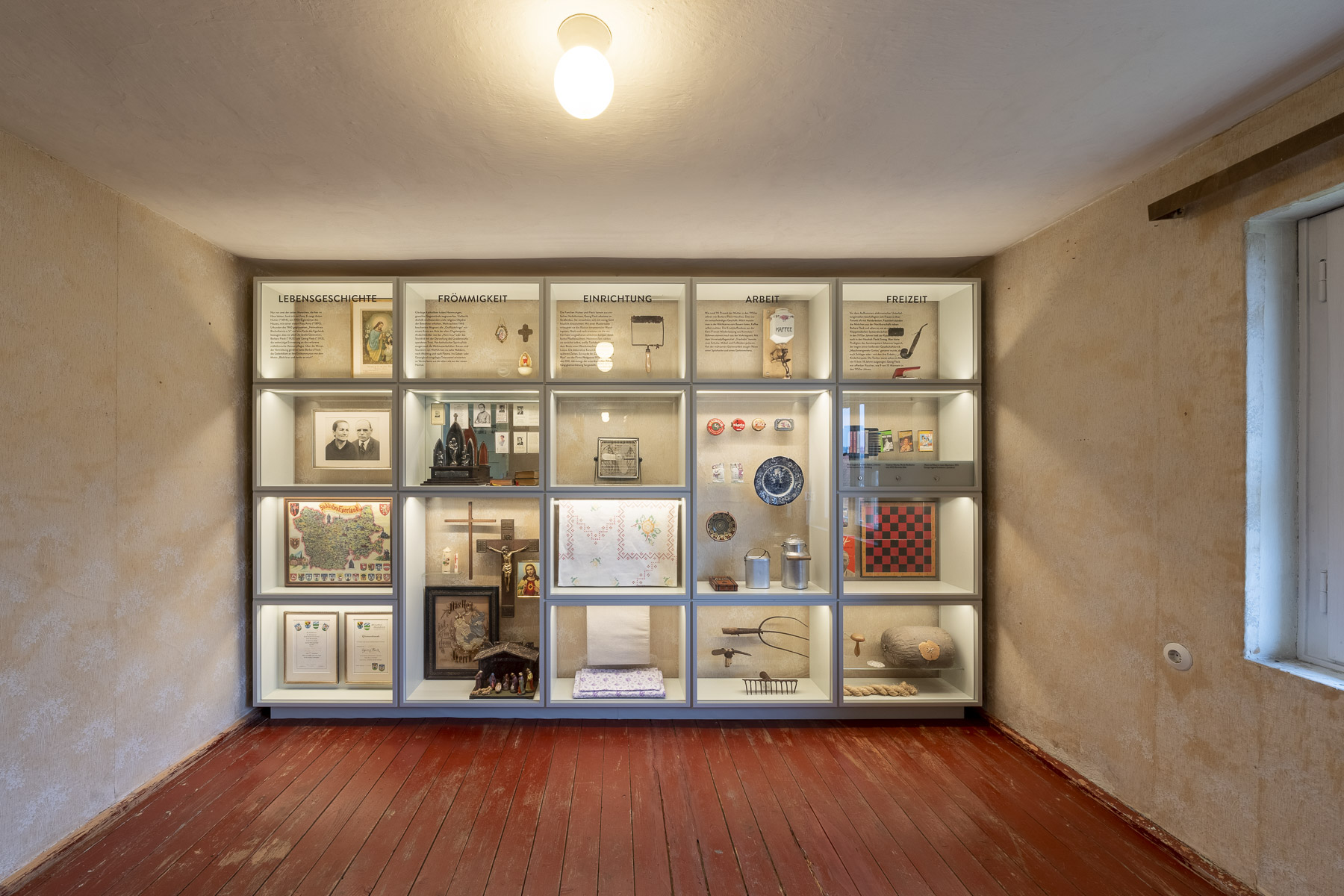 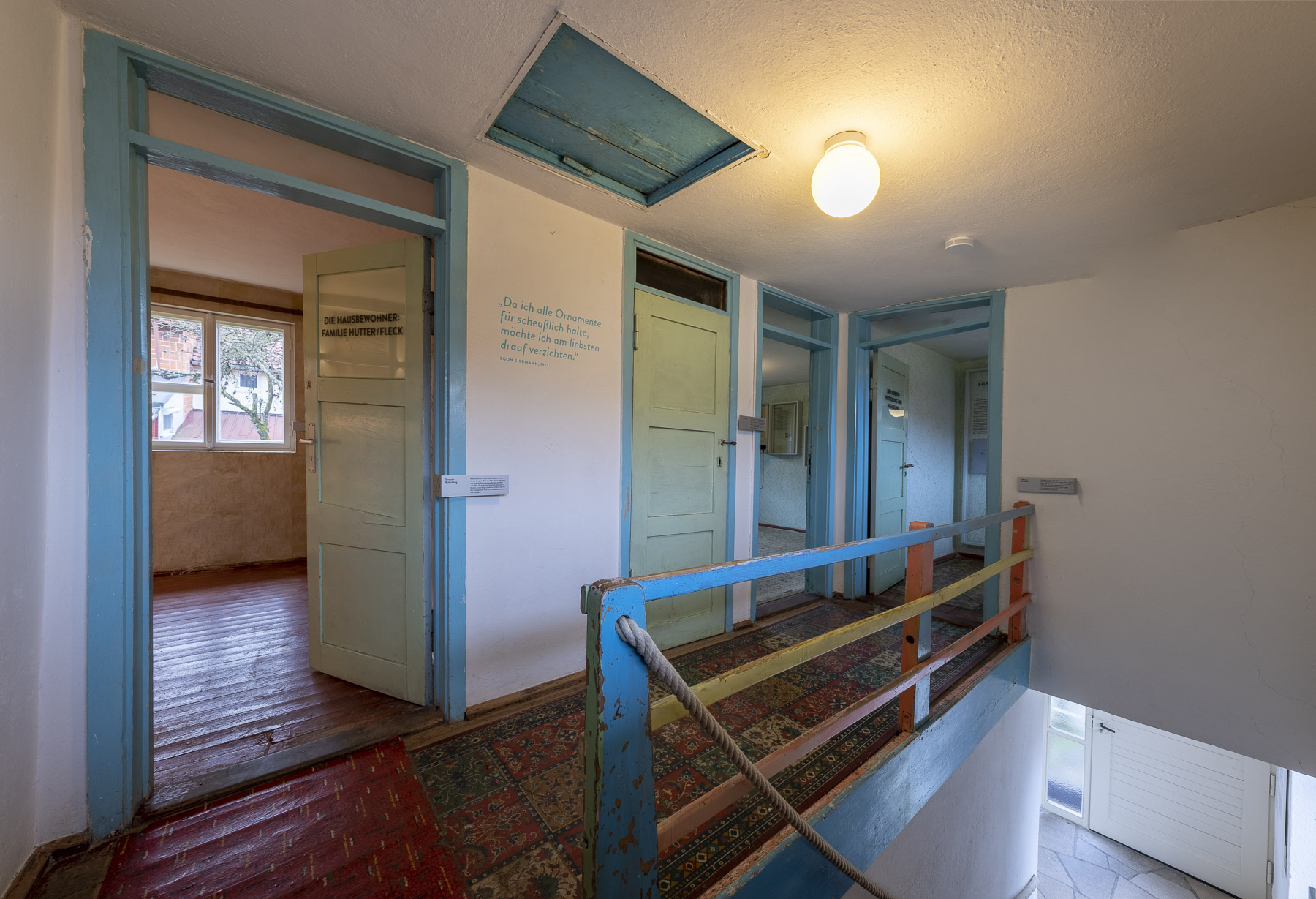 The home the Hutter/Fleck family moved in in 1948.

Hans-Eberhard Müller shows his guests around in the small house, whose simple and attractive functionality makes the observer think of modernist Bauhaus architecture and metropolitan aesthetics. A wooden staircase leads up to the first floor with its low bedrooms, where tiffin carriers, cassette tapes, bobbin lacing, cheap fake linoleum floor and faded wallpaper bear witness to the simple life of its former residents. “However, this house was no temporary arrangement,” Hans-Eberhard explains. It was impossible to return to the eastern territories at that time.

They were poor, but solidarity among them was great

Twelve to 14 million Germans were in need of a new permanent home. After the end of the Second World War, they were expelled from their former settlements east of the new western border of Poland from the Oder and Neisse rivers, from Czechoslovakia, Yugoslavia or Hungary or they had fled the advancing Russian troops. Most of the towns had been destroyed. So, many people switched to the rural areas. After the war there was a leftover hut camp of the National Socialist organization Todt in Neckarzimmern and Seckach. These were then used as initial reception centres. As a consequence, a disproportionately large number of refugees arrived in the Neckar-Odenwald-Kreis region. The Buchen district with its 50,000 inhabitants took in some 19,000 displaced persons. Hettingen had 1,300 inhabitants—some 600 were added there.

How did the newcomers feel? “Usually they were poor, but solidarity among them was great,” Hans-Eberhard summarizes. The residential buildings designed by Egon Eiermann were meant for one family each. However, they were used by more than one in most cases—out of necessity rather than voluntarily—as you can imagine when you notice the traces of additional locks on the doors on the upper floor.

The family that moved to 29 Adolf-Kolping-Straße road wasn’t wealthy. This turned out to be a stroke of luck for the building. Most of the other buildings have undergone large-scale reconstruction and extension. This one hasn’t: A simple rack in the living room and the accessible wardrobe next to the bedroom designed by Egon; a table, the sink, the bathtub, even the wooden windows with elegant, brightly-coloured frames—everything had been preserved when the association bought the building with the backing of politician Manfred Pfaus in 2011. With a little help from the Wüstenrot foundation, as well.

A small exhibition designed by the Haus der Geschichte Baden-Württemberg institution illustrates how the settlement emerged and what everyday life of the building’s inhabitants was like—showing mementoes, audio recordings and photos. The priest of Waldshut characterized his curate Magnani as a person with “great ability in construction matters” already back in 1932. A few years later in Hettingen, Magnani proved that he was capable of doing even more: The dynamic person put applications in and procured building land, sponsors and material. He distributed picture postcards showing the estate, gave presentations and organized ‘processions’ through the new estate that comprised experts, officials, settlers, building contractors and journalists. He advertised the project enthusiastically. The news magazine Der Spiegel reported on it in detail and the Pope sent a letter of thanks. “The priest took care that the future inhabitants of the estate contributed to it,” Hans-Eberhard explains. They invested some 1,500 hours in the building complex without knowing which house they would be assigned later—by means of drawing lots.

“The flat roof seems unusual to many people and they don’t like it. But it saves building material and may become the roof type of the future,” Heinrich Magnani noted in the photo album he used to document the construction process. Egon Eiermann designed the building with a garden and a barn each. And he deliberately distributed the houses freely on higher ground because each of them was meant to have its own space—as a symbol of individualism in a new, democratic community. “He found it important that the refugees were given some land of their own,” Hans-Eberhard continues to explain knowing the region and the people of Hettingen well: He was the director of the local primary and secondary school for 25 years. Numerous descendants of the refugees attended his lessons. “The names of these families still sound very familiar to me,” the retired director recalls them. He is responsible that the house can open for visitors regularly, sharing this task with about 50 members of the association. Hans-Eberhard has already come up with the next idea for a project: He wants to create kind of an educational path in Buchen—the Eiermann Route. It is meant to guide people to places that can be associated with the architect, as is the case with the cooperation with the famous architect, who designed the Gedächtniskirche church in Berlin or with Helmut Striffler from Mannheim for the Trinitatiskirche church. A route, for example, that leads to the extension of the Prinz Carl Hotel in Buchen, where Egon Eiermann lived before he moved to Karlsruhe and that leads to his grave, as well.

Heinrich Magnani’s final resting place is also close to the Hettingen settlement estate. It is located on the premises of the ‘Klinge’, one of the largest children’s villages in Germany, set up by him—another matter close to his heart. This expression of his commitment for other people is still in use. And even his own four walls now serve a special purpose: Heinrich Magnani’s presbytery has been inhabited again since 2015—with refugees from Syria. 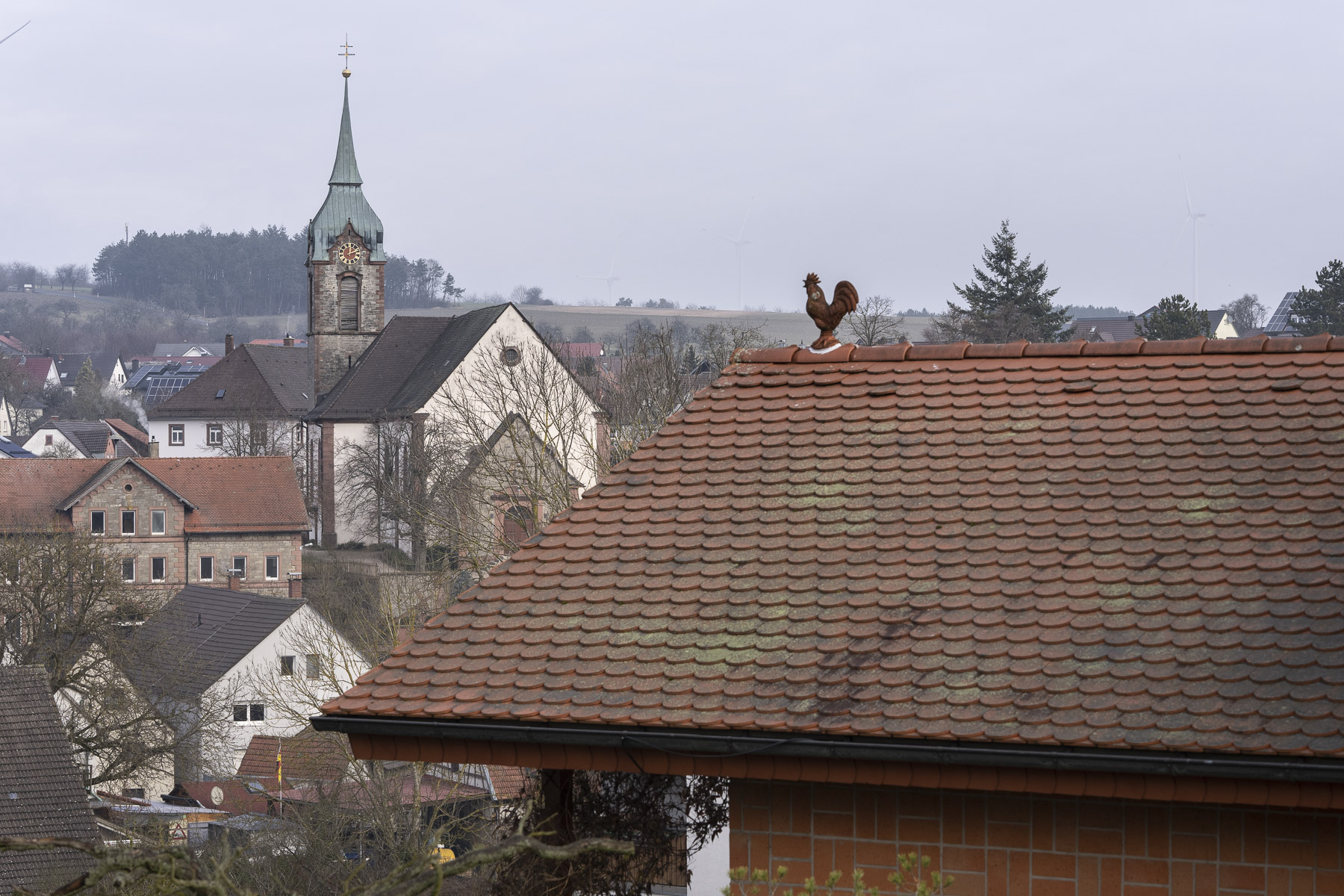 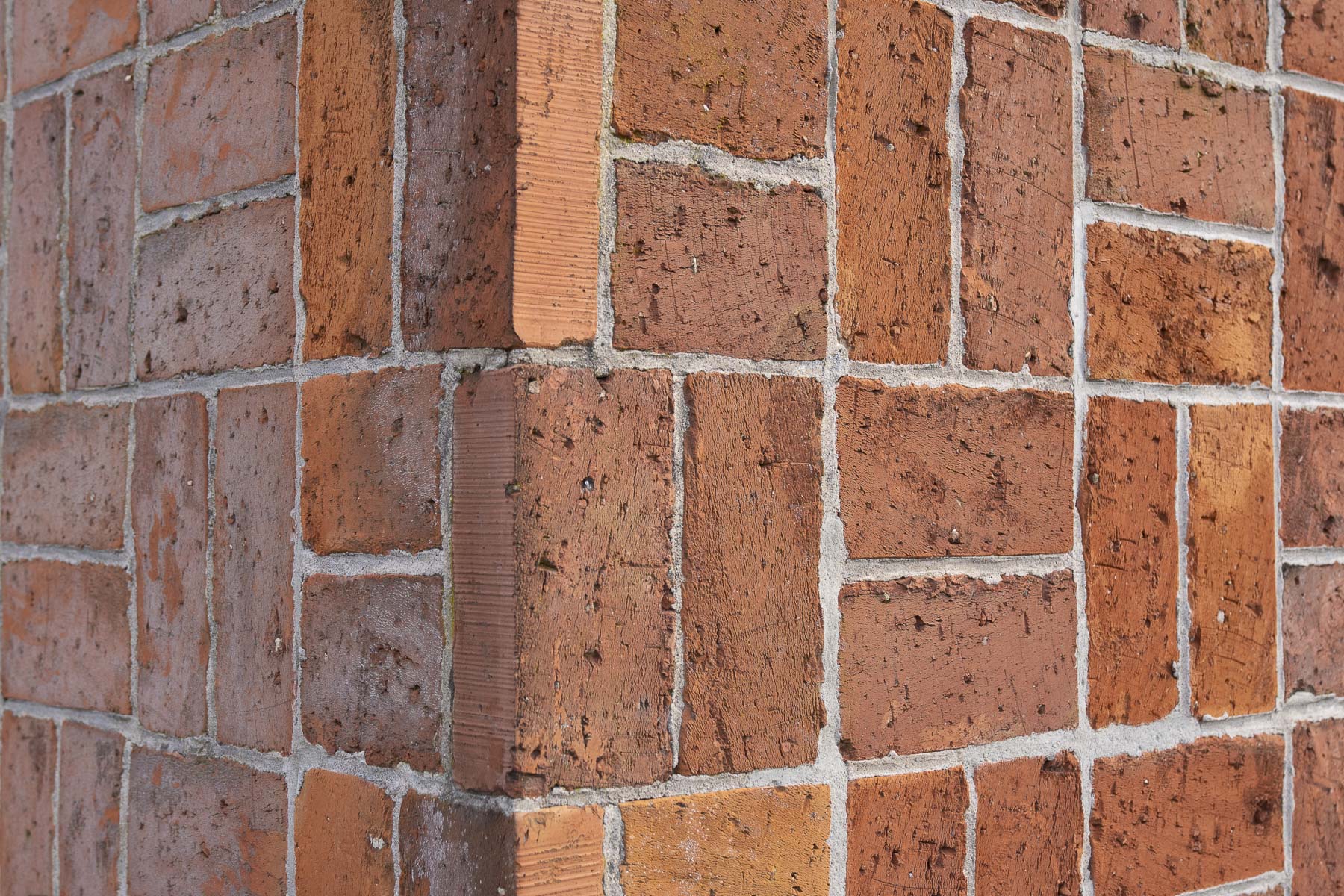 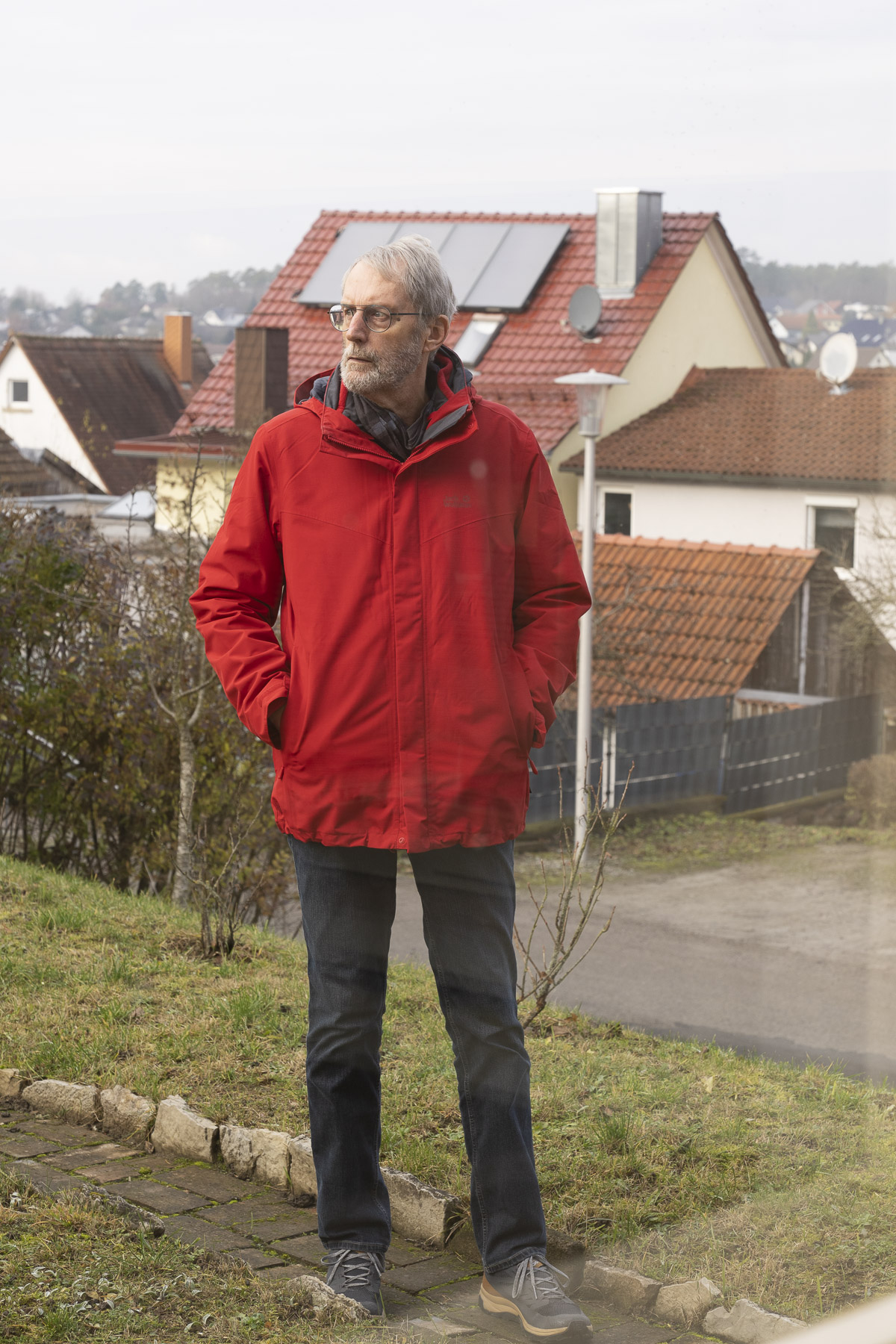 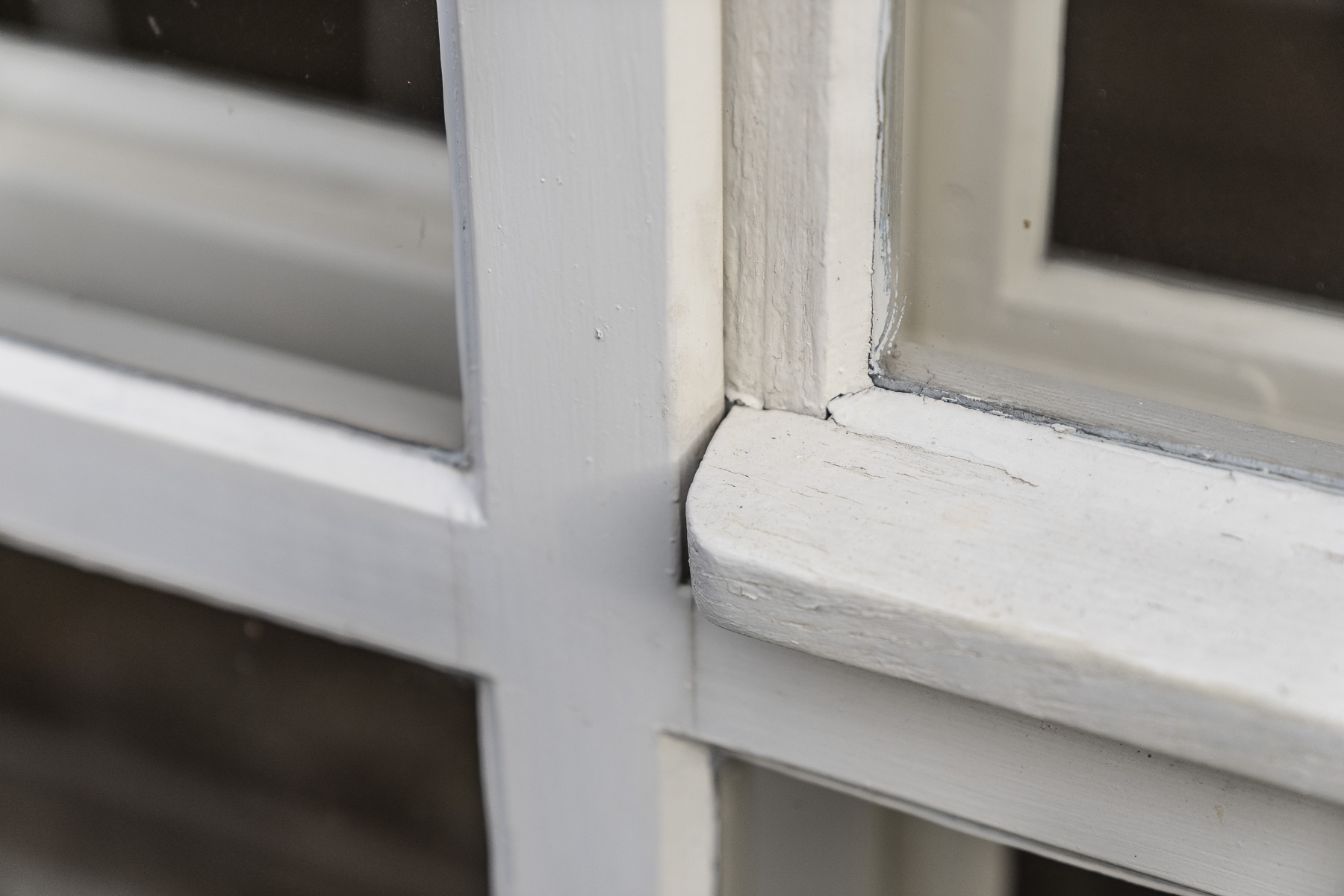 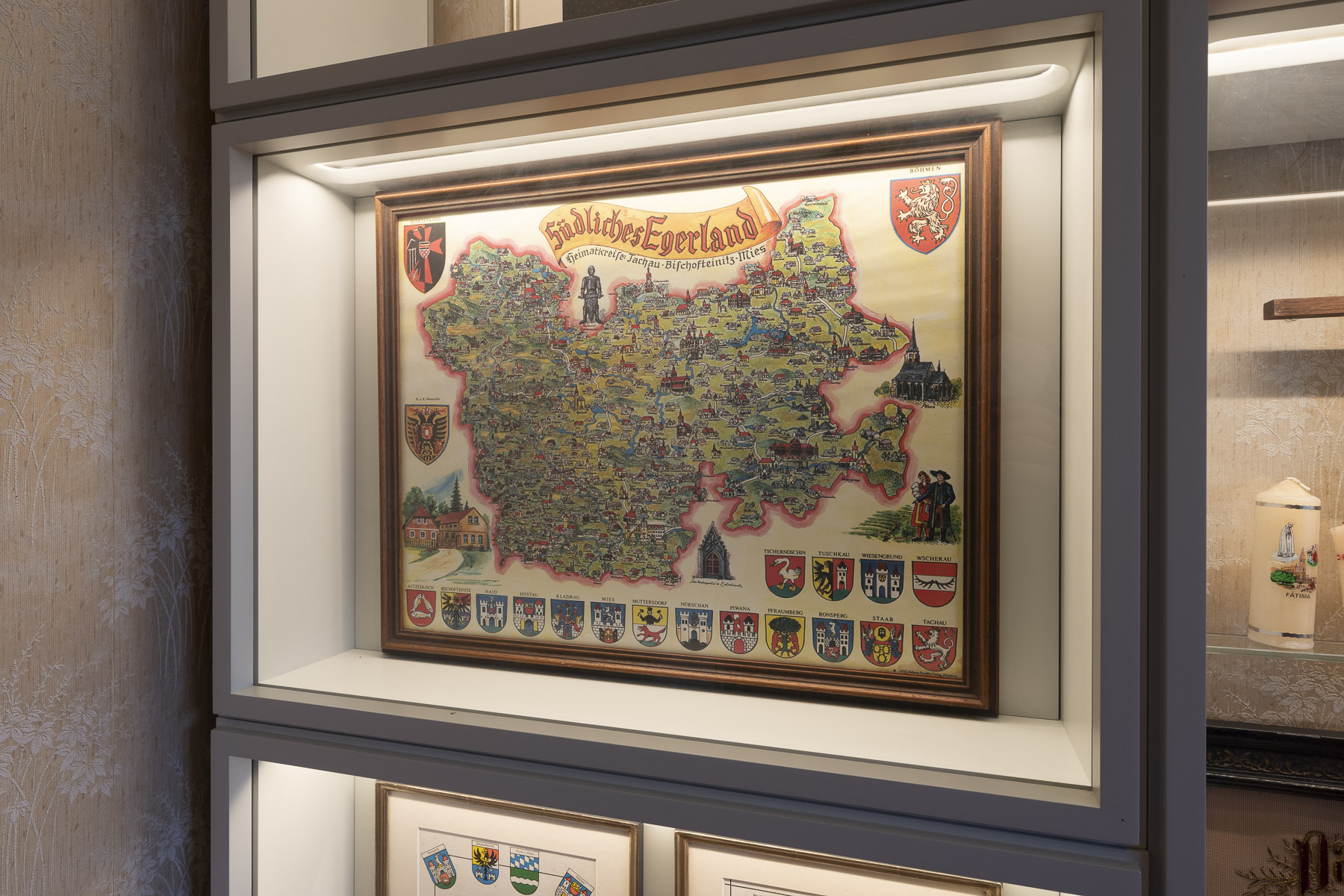 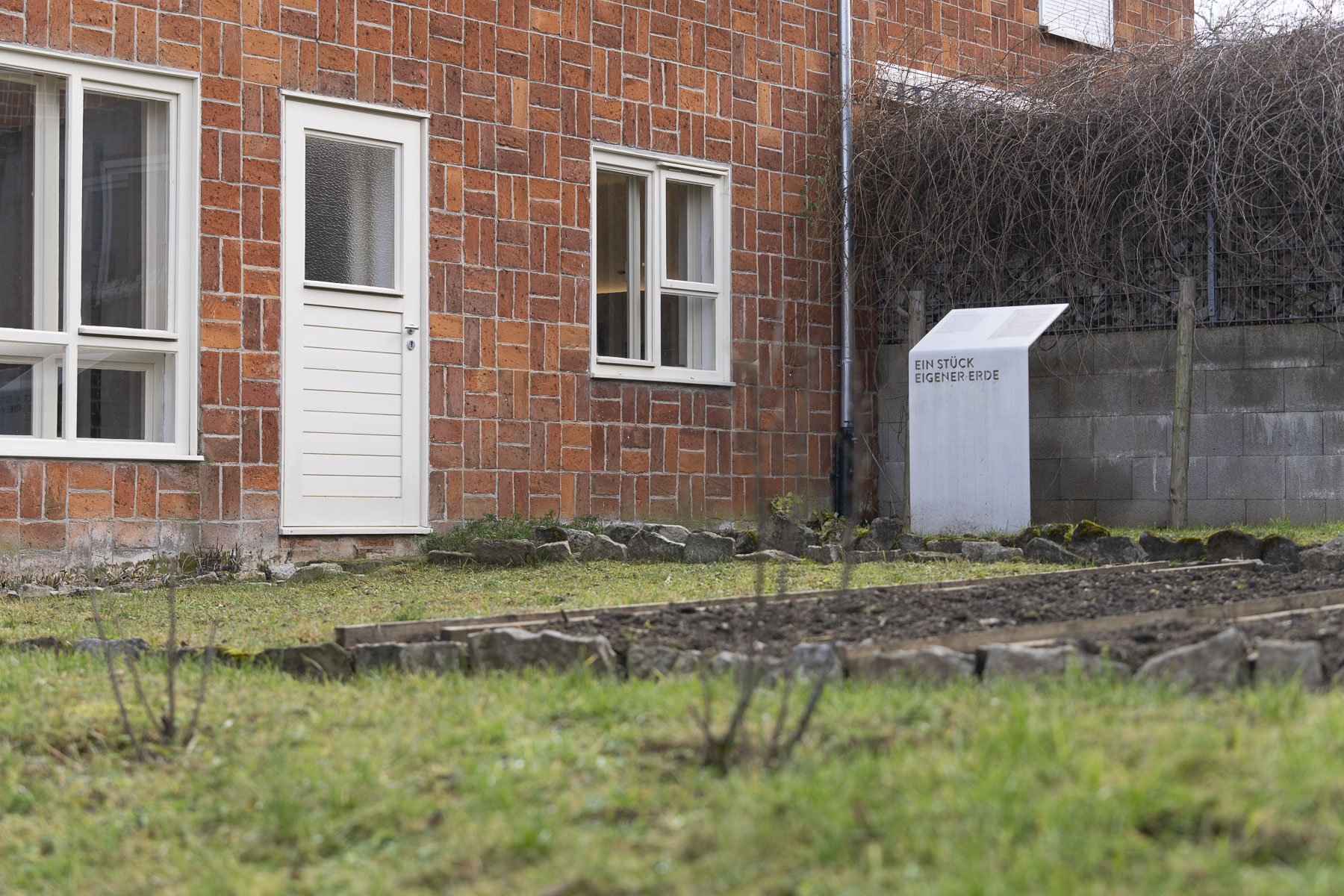 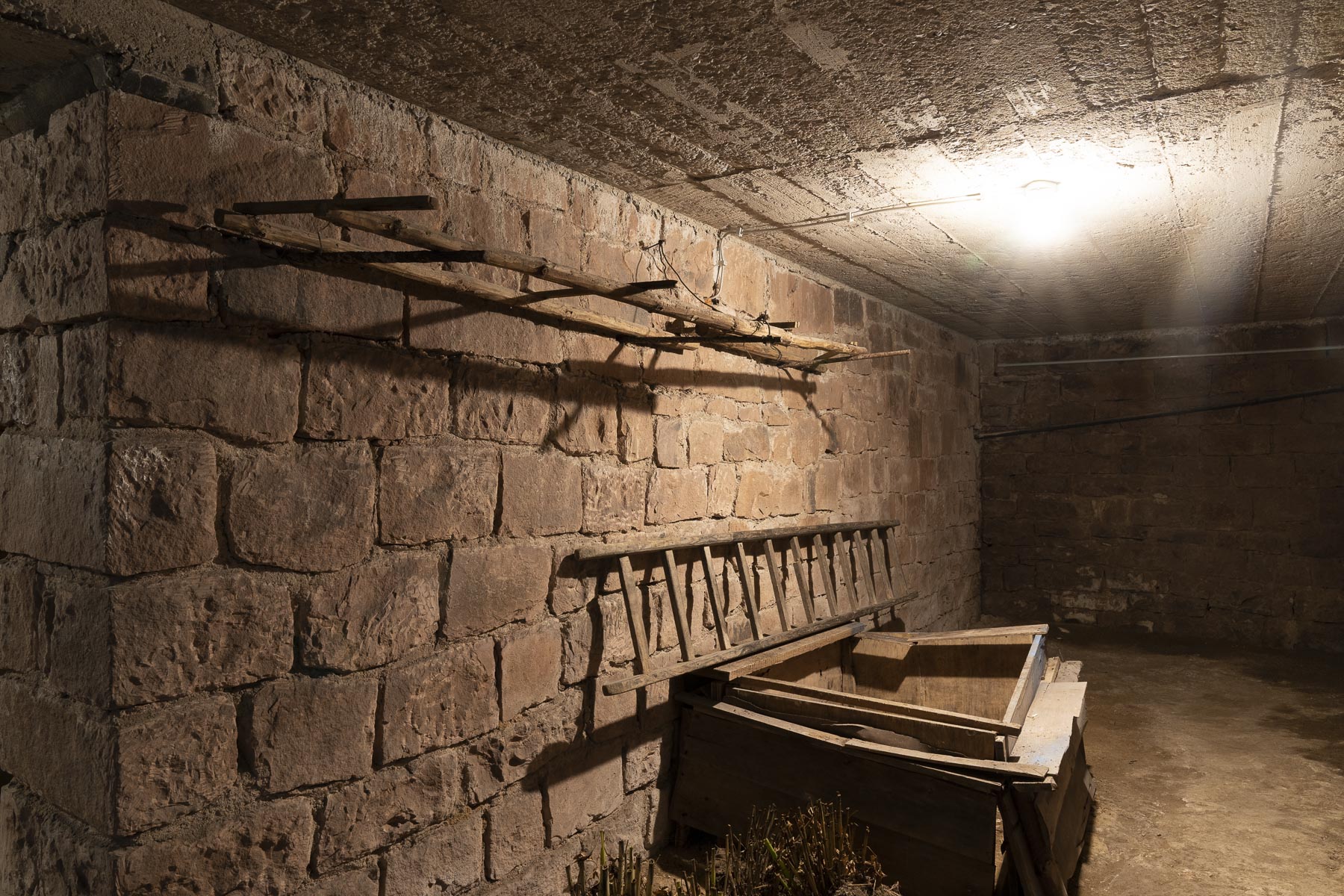 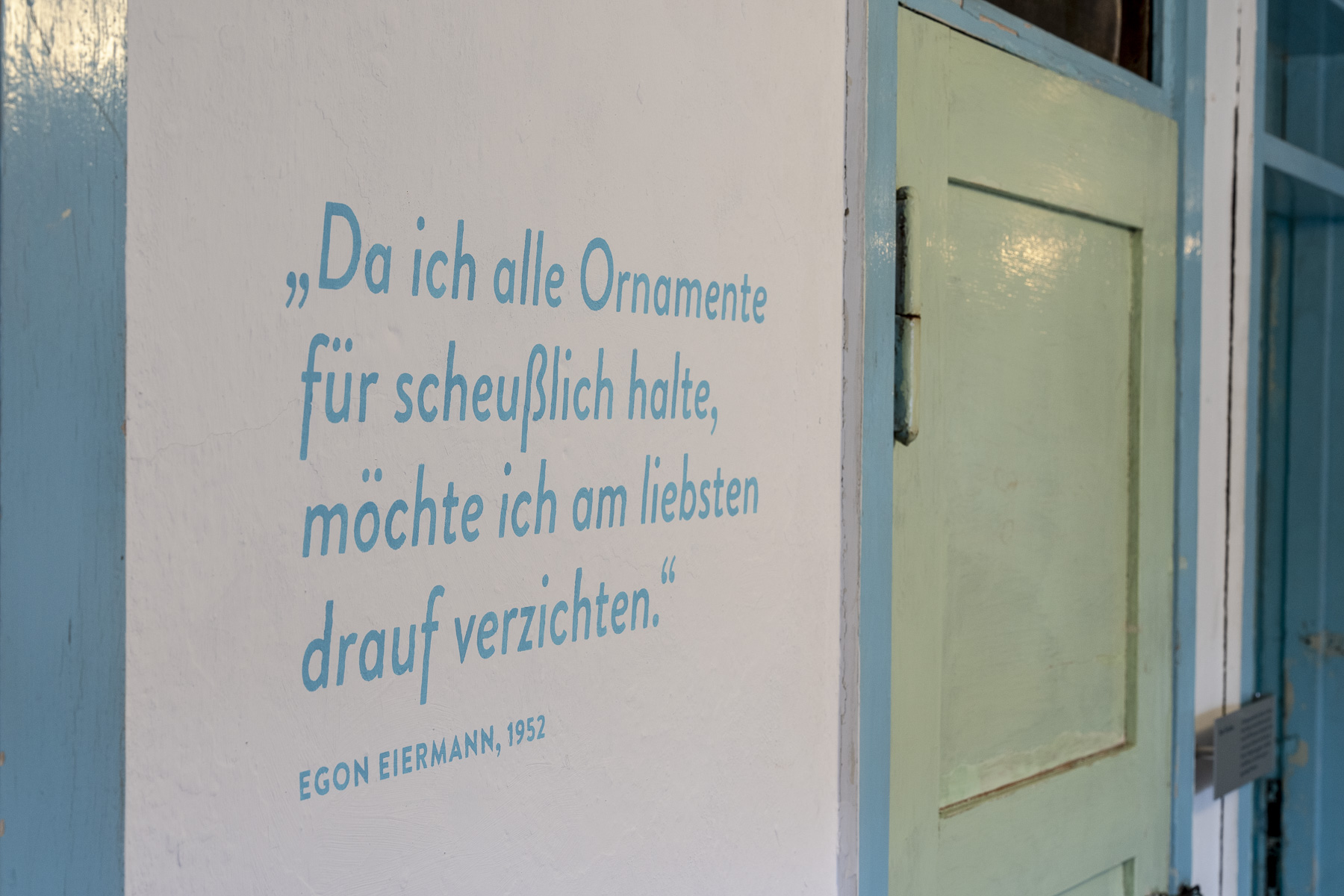