Wolfgang Immel created a museum for photo, film and television technology in Deidesheim. Some 5,000 exhibits reveal the technological cultural heritage of an entire country – and family history.

Loads of exhibits reach the museum. They come from people who are just as enthusiastic about the technical equipment as the head of the museum and who have influenced and developed it further – for example from the granddaughter of Oskar Messter, who was the founder of German film technology: The medal that her grandfather was awarded by the Deutsche Kinotechnische Gesellschaft (German cinematographic society) is now placed in a glass cabinet of the Museum für Foto-, Film- und Fernsehtechnik (museum for foto, film and television technology) in Deidesheim. Wolfgang Immel can clearly recall the moment that Oskar Messter’s granddaughter gave him a box with his property: “She said: I really prefer his property being left here.” 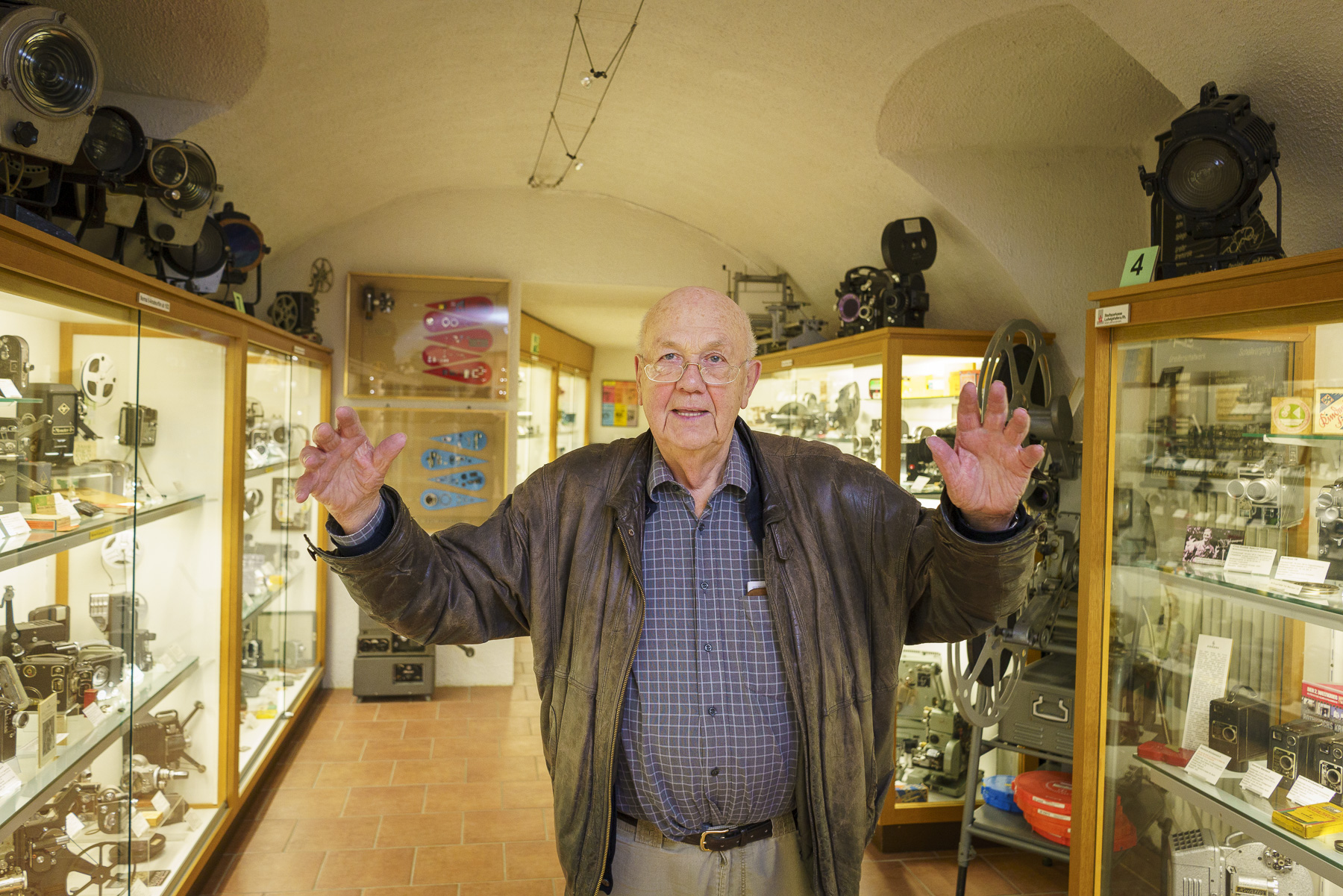 The museum located in a building of the Bürgerhospital-Stiftung foundation close to the historical town hall in the centre of Deidesheim displays about 5,000 exhibits – a collection that is unparalleled in Germany, because the team and the founder and chair, Wolfgang Immel, consider it technical cultural heritage. Handy cameras, heavy projectors, flashes and films – devices everybody knows and, at the same time, a technology that has already been forgotten again. At the entrance, visitors to the museum can operate a television camera, a model still in use in television studios today. Looking through it, you can focus on a plate inside a glass cabinet that says: ‘Der Film hat viele Väter’ (Film has many fathers). The museum tells their stories. 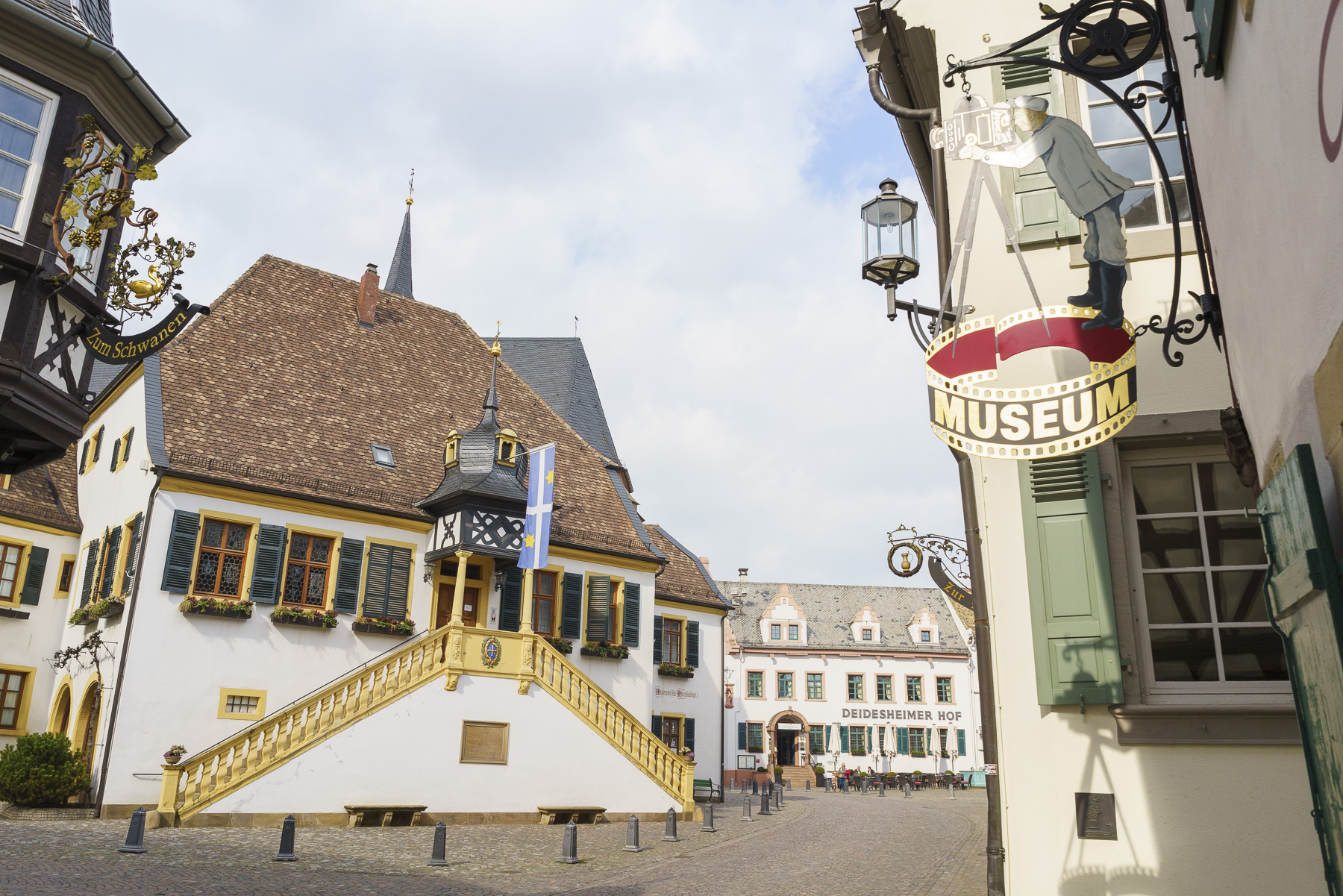 The museum is located in a building of the Bürgerhospital-Stiftung foundation close to the historical town hall in the centre of Deidesheim.

However, all of this once began with a woman: a visit by aunt Luise. She frequented the home of Wolfgang in Limburg an der Lahn and she was a film enthusiast. “My sister and I were fascinated by her,” says Wolfgang. Later, when his wife was given a film camera by her parents for completing her studies, Wolfgang began filming. The technology lover, who came to the region to work as a chemist at BASF, collected more and more items, amounting to a large collection of about 460 film projectors. Udo Zink, a chemist from Ludwigshafen, had collected about the same amount of photo cameras at roughly the same time. The two men met in the 70s at photo and film markets. Their shared interest was the passion for technology and the desire to make their collections accessible to others. 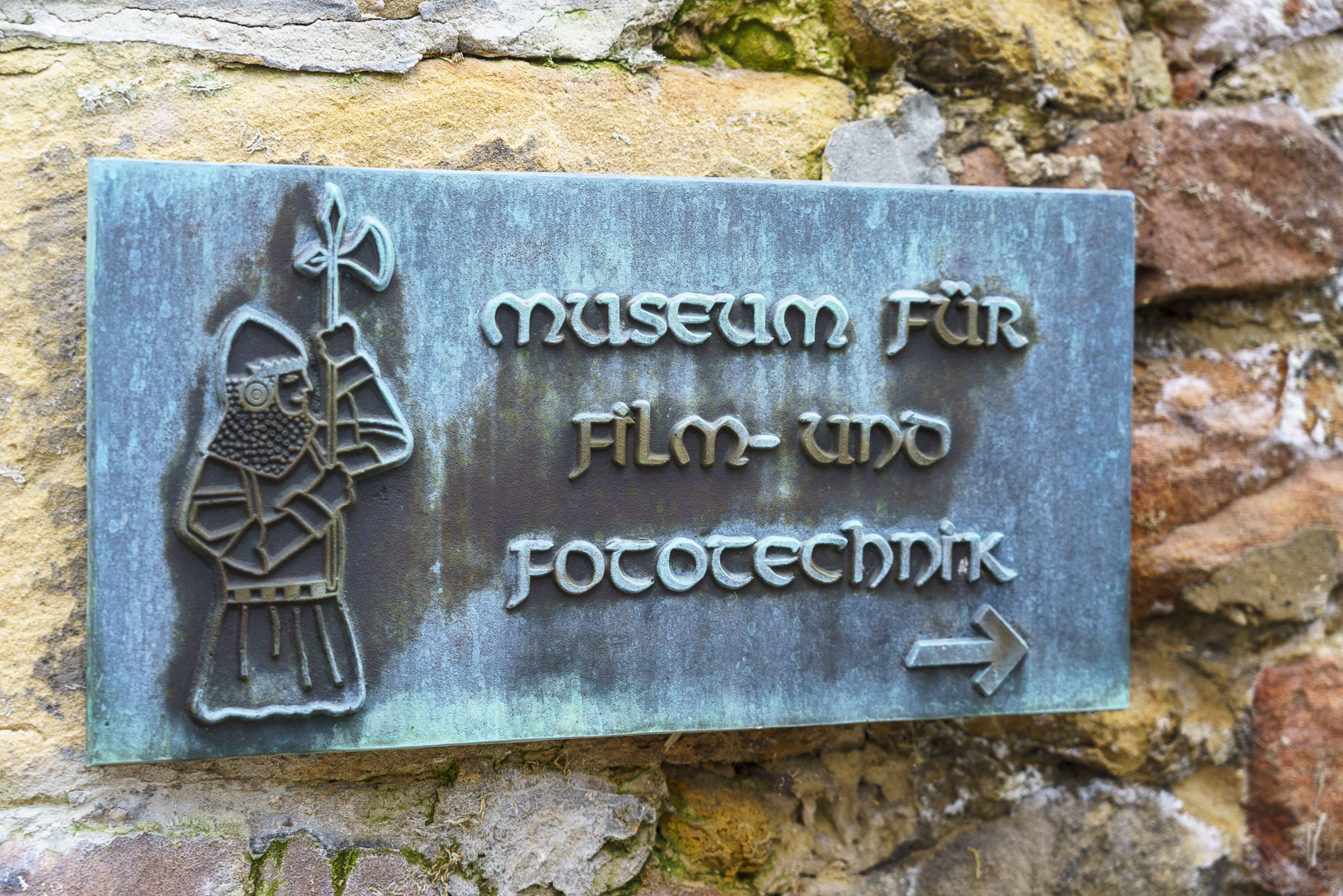 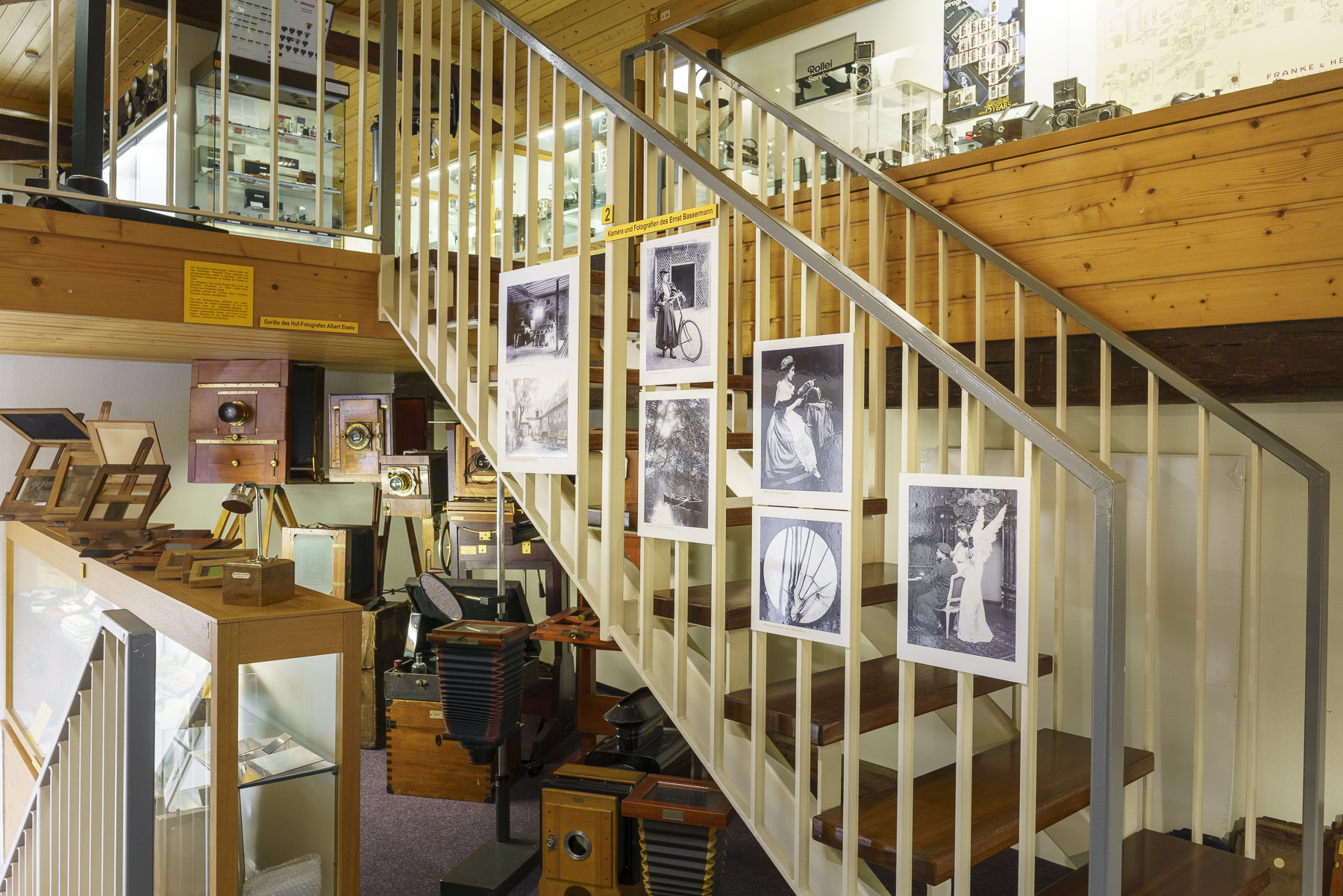 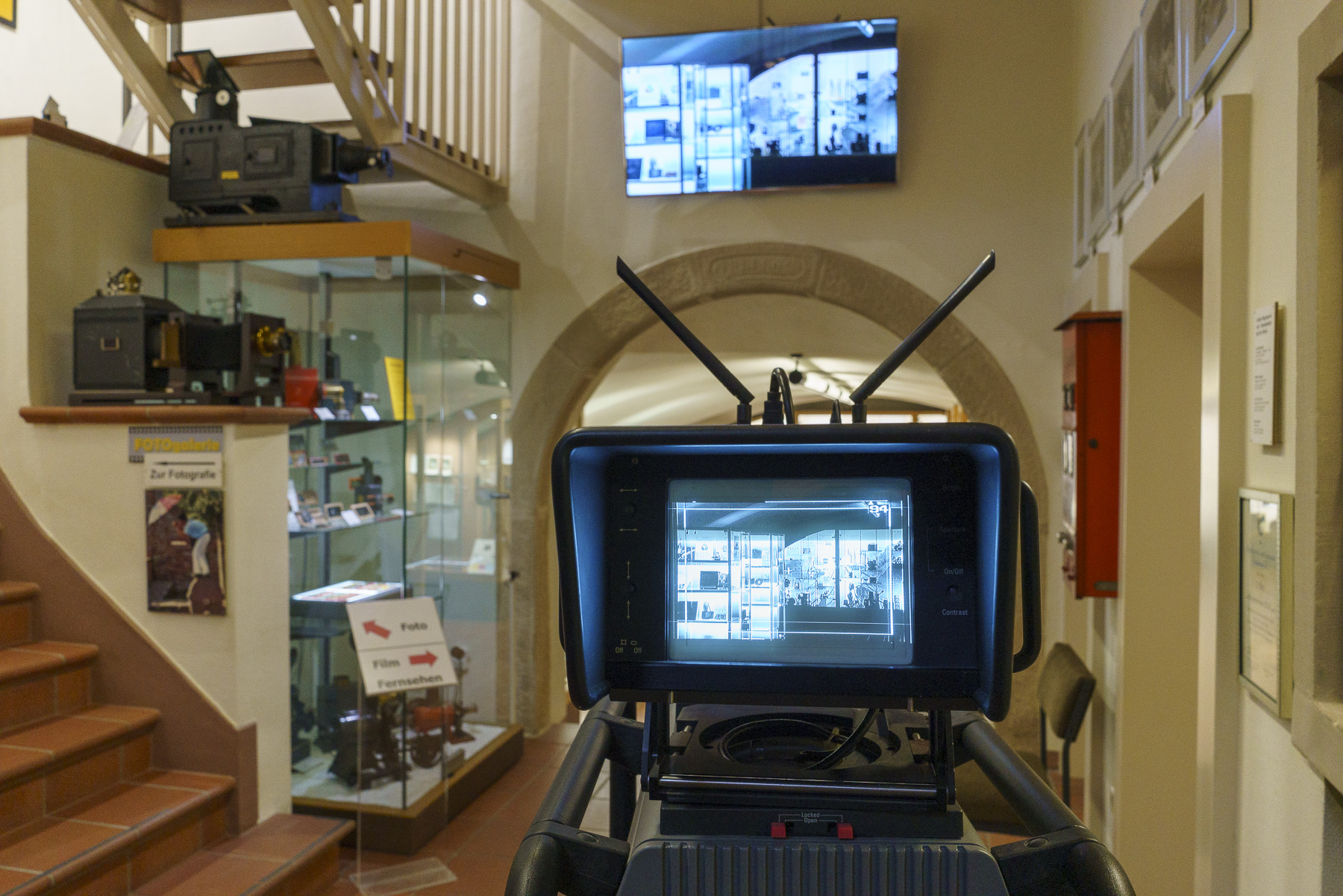 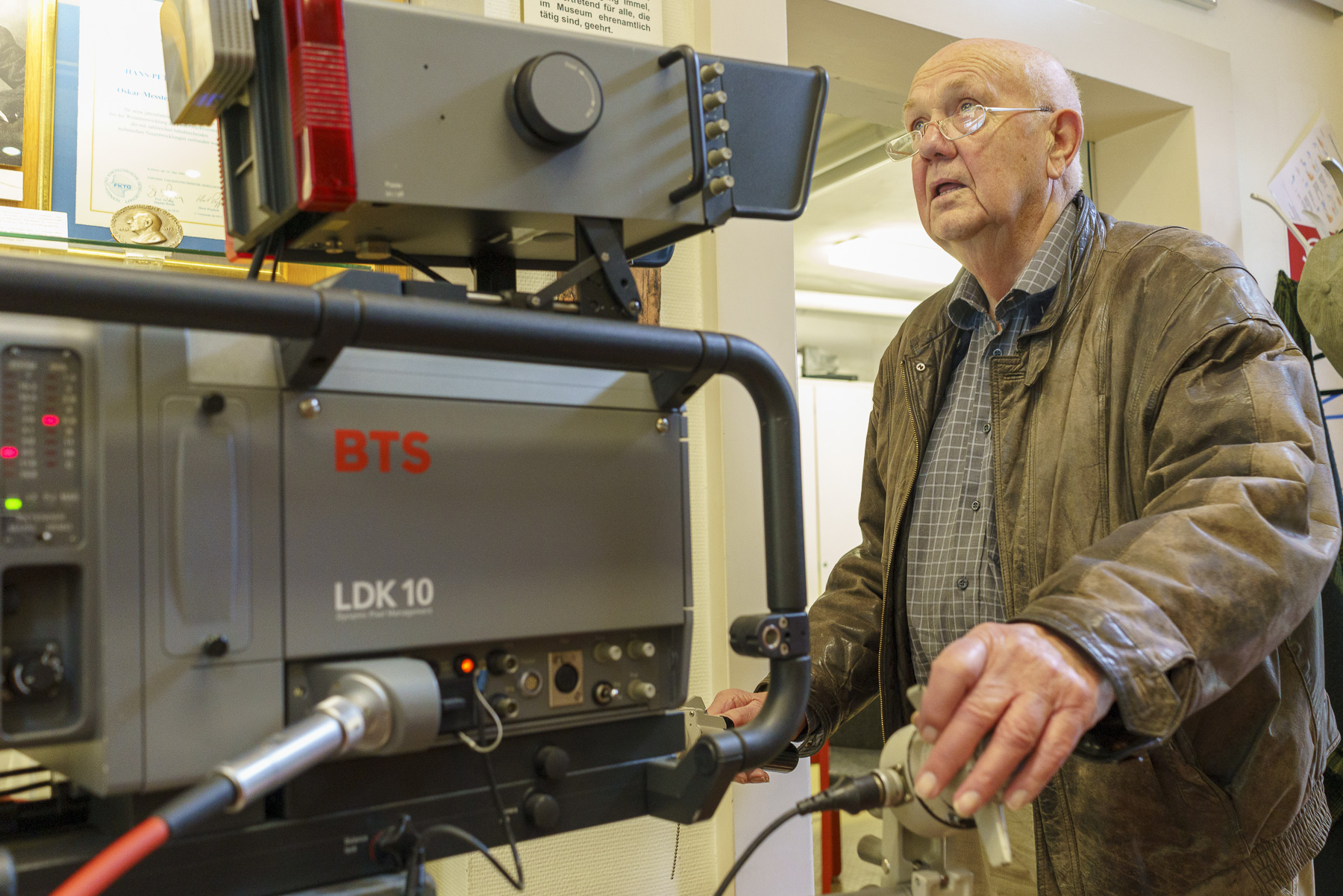 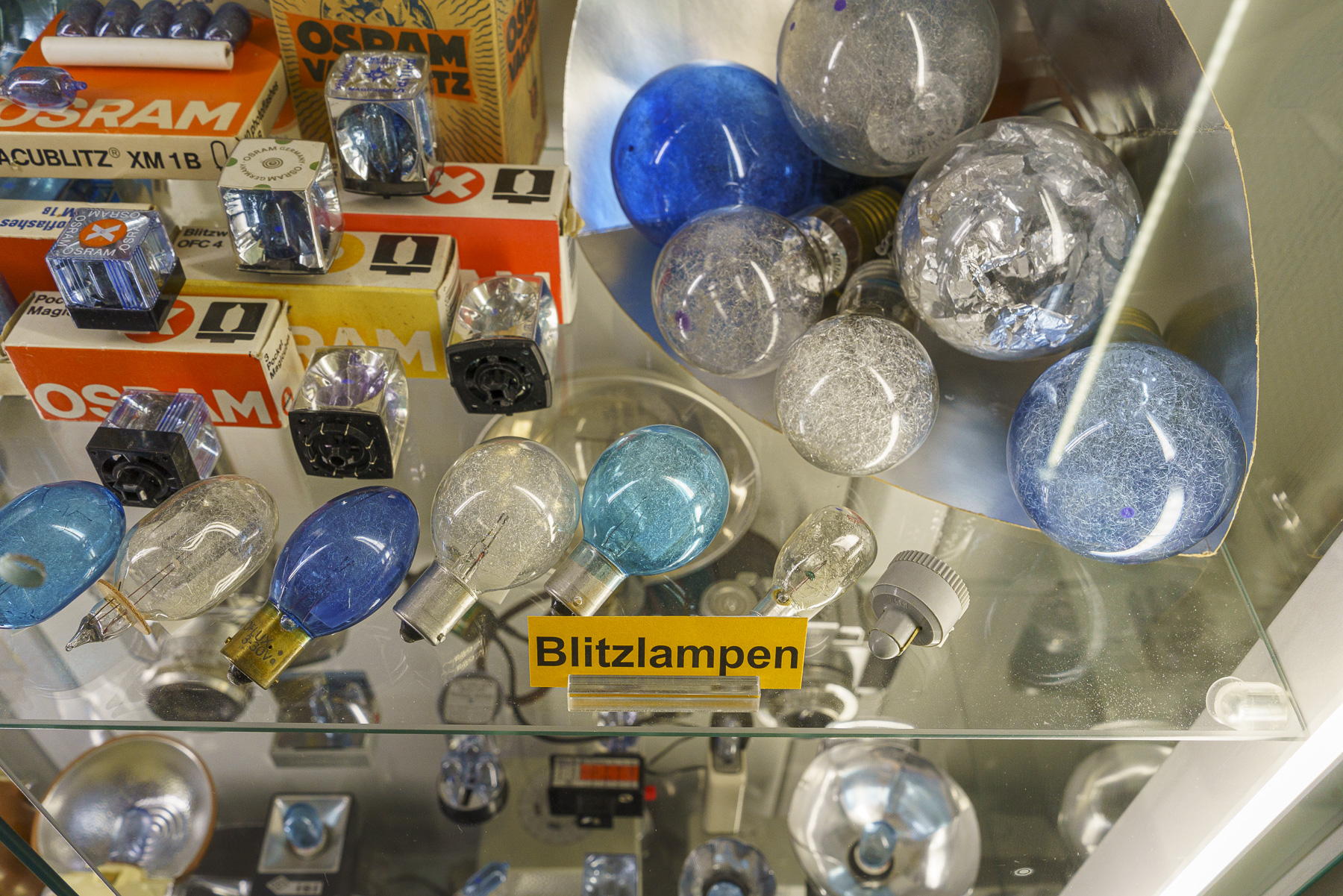 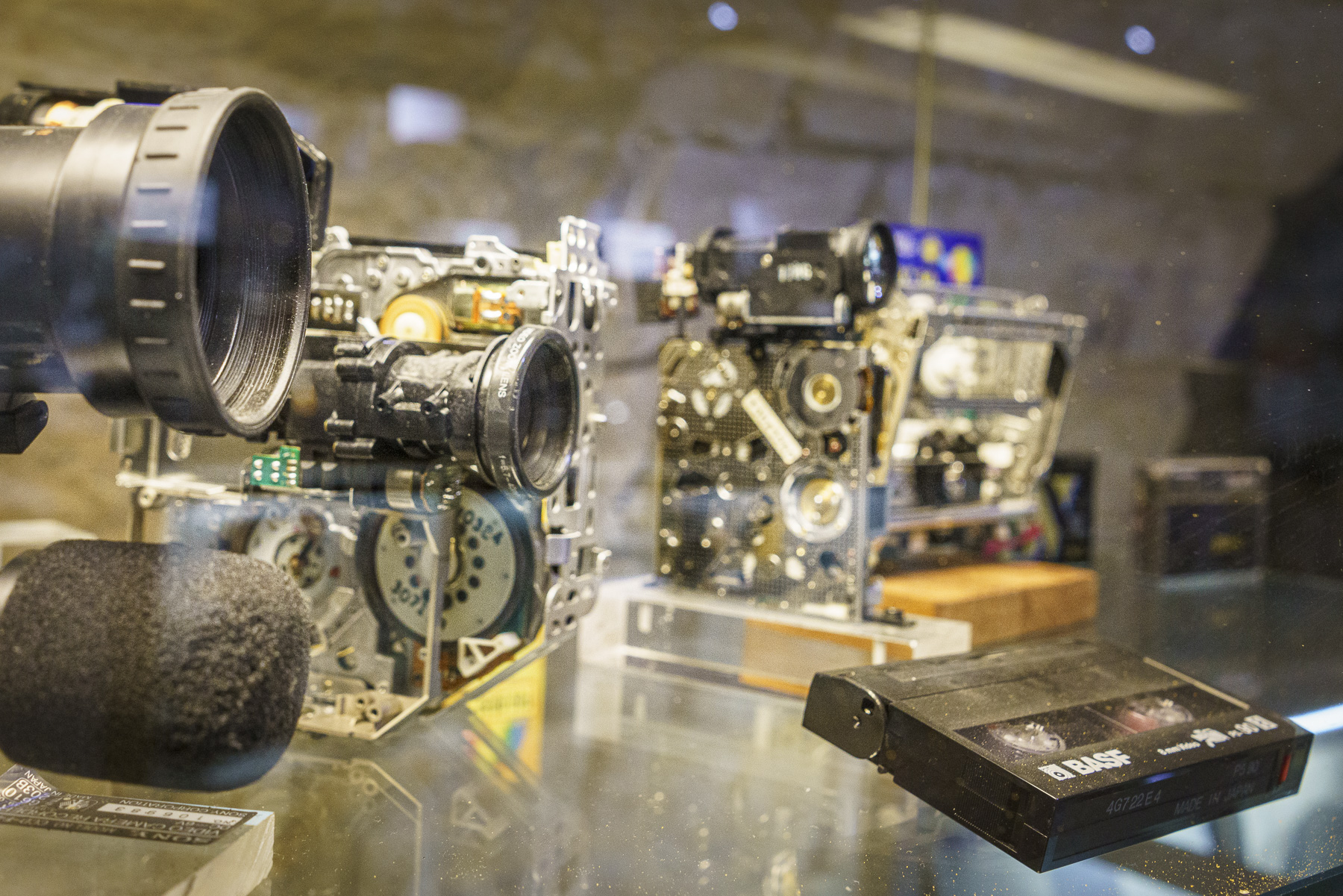 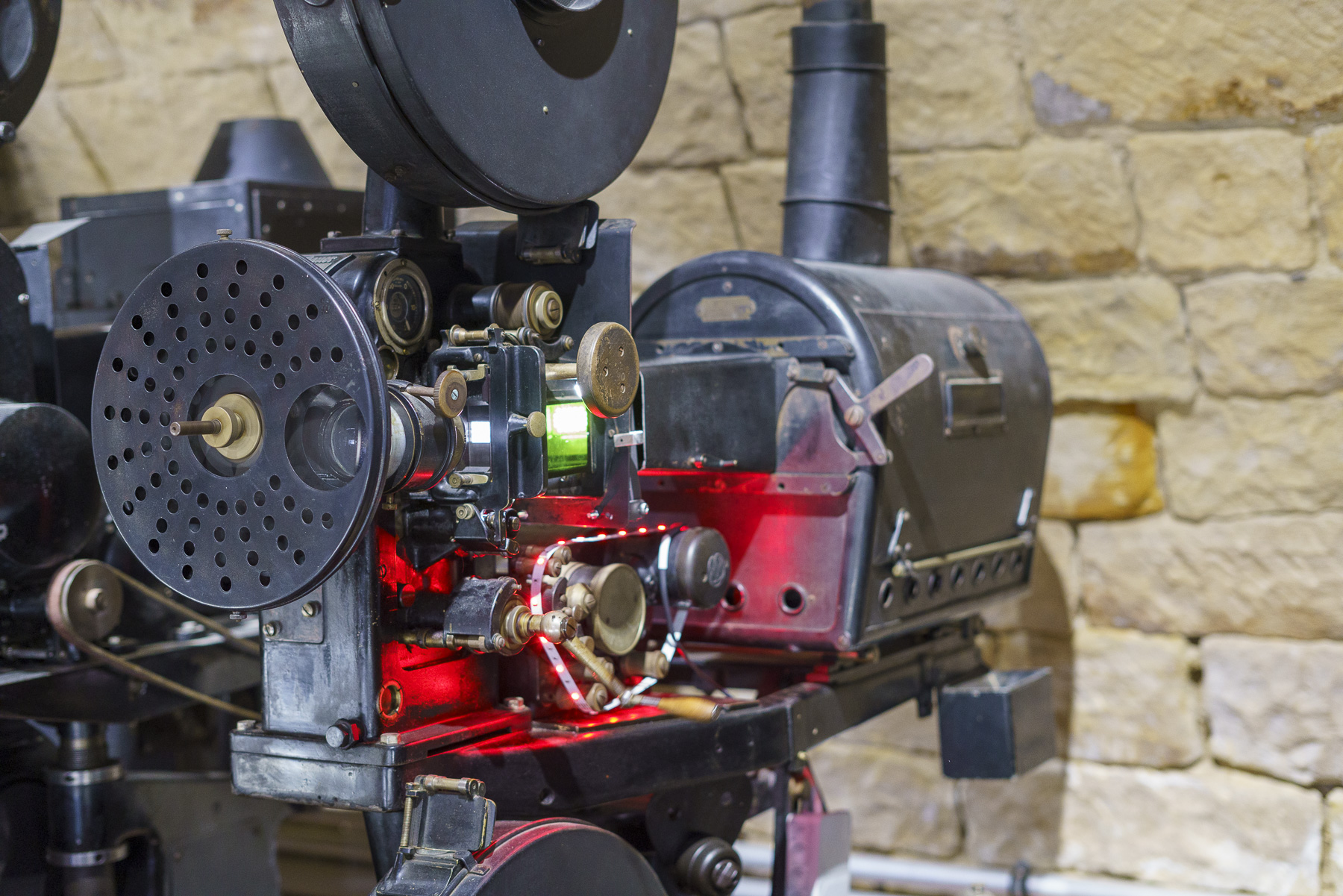 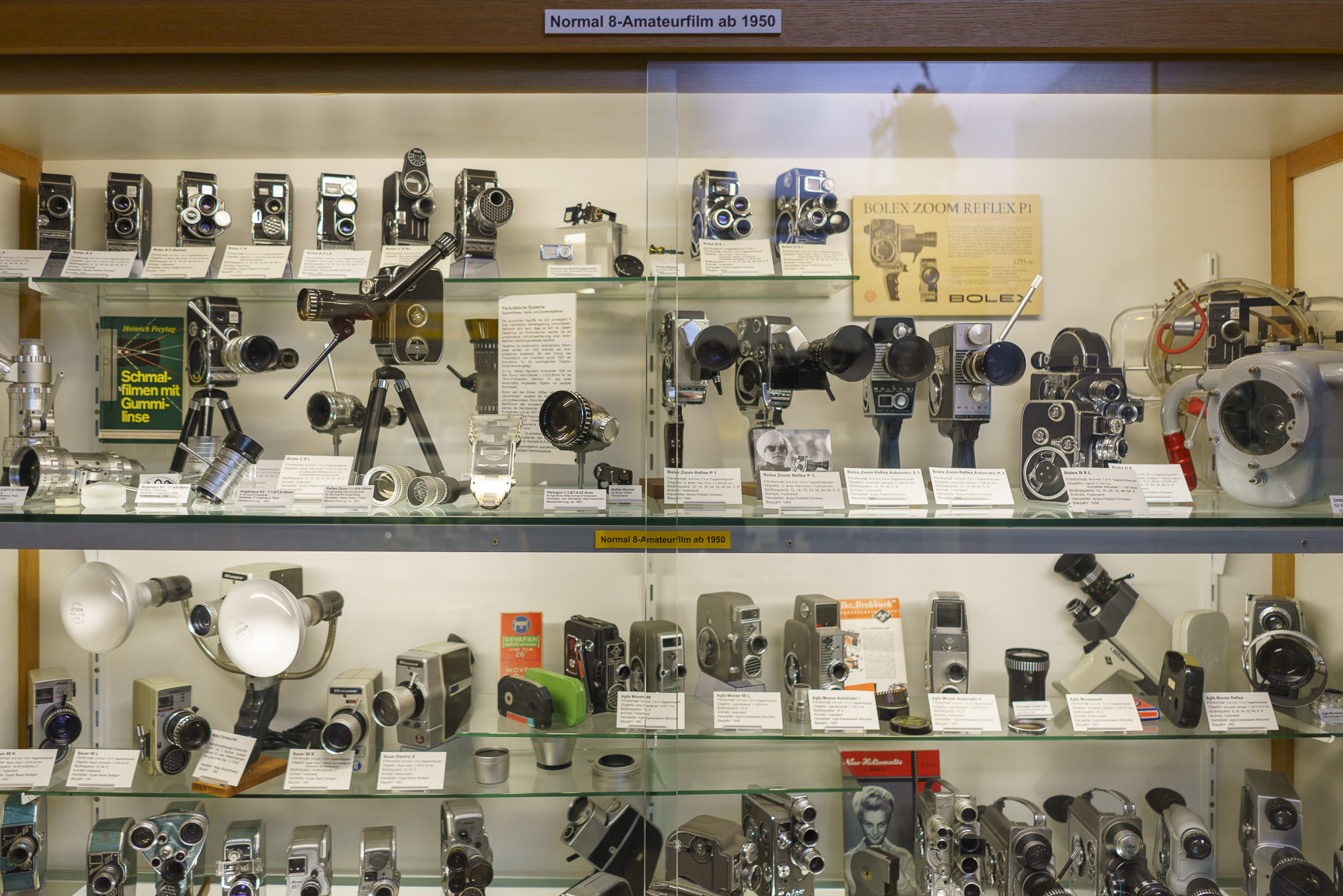 In 1982, the then mayor of Deidesheim, Stefan Gillich, and Klaus Becker, a businessman from Ludwigshafen, heard of the idea and offered Wolfgang and Udo a domicile for the museum-to-be: a part of the Bürgerhospital-Stiftung building in the heart of town. The house was charming but totally run-down, unfortunately. It took some eight years, until the building was ready and the Museum für Film- und Fototechnik (museum for film and photo technology) could finally open in 1990.

Photo, film and television: “The three medial areas have interacted with each other”

30 years later it has become an institution in the world of technology. The 140 members of the sponsoring club include the Fernseh- und Kinotechnische Gesellschaft (society for television and cinema technology) and the Berufsverband Kinematografie (German Society of Cinematographers). The museum has changed its name to ‘3F’, referring to the three covered areas of photo, film and television (in German: Foto, Film, Fernsehen). A central exhibition area at the beginning takes visitors on a quick journey through time, along the milestones of the history of technology. “We want to point out, how the three medial areas have interacted with each other,” Wolfgang explains. 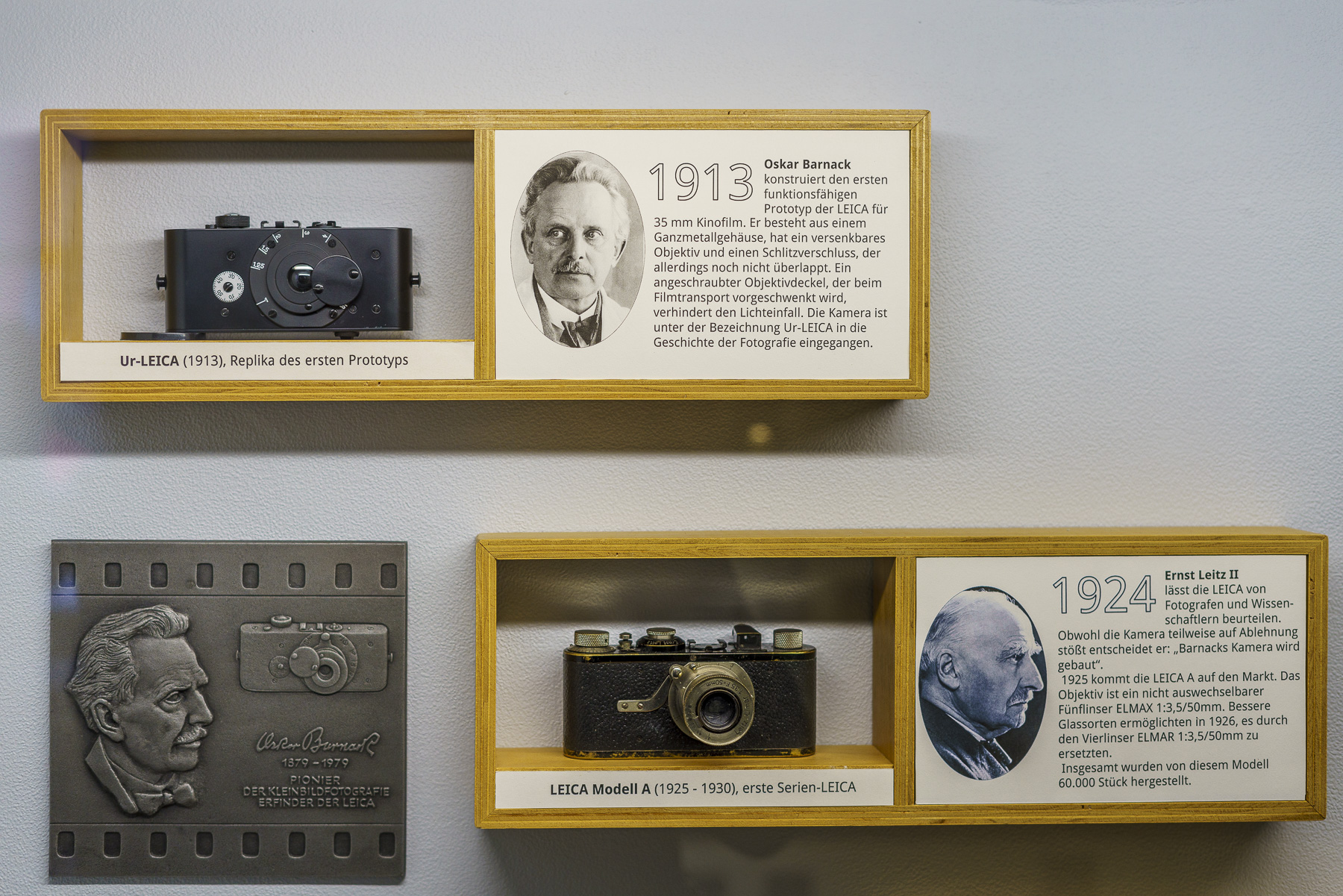 Wolfgang guides you proudly through the museum. Between historical walls bathed in soft light, he presents the innumerable exhibits and little ideas the team had for presenting them. A praxinoscope, for example, starts to move upon visitors approaching: a ‘magic drum’ from the 19th century that shows moving pictures. And a film projector with the record player linked to it from the silent movie era presents itself to the visitors. It used to be a masterpiece of technology at that time. 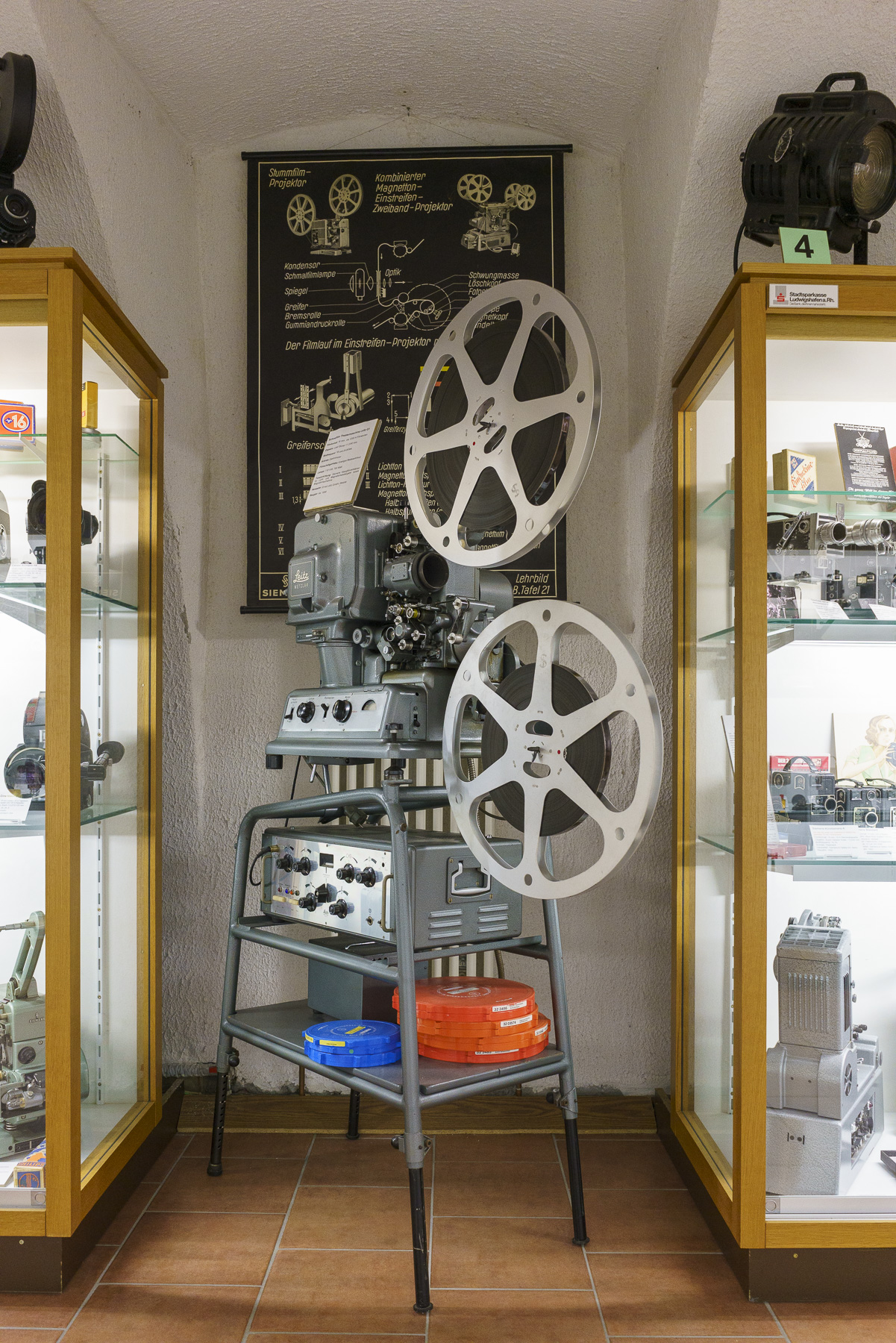 The exhibition documents meticulously technological development, taking into account both mass products and highly specialized devices: Such as the rectangular, vertical cameras that Germans of the post-war period used to document their first long-distance trips for those at home; Or the Strobodrum that captures 20,000 images per second and is used for scientific examinations of firing or explosion processes. 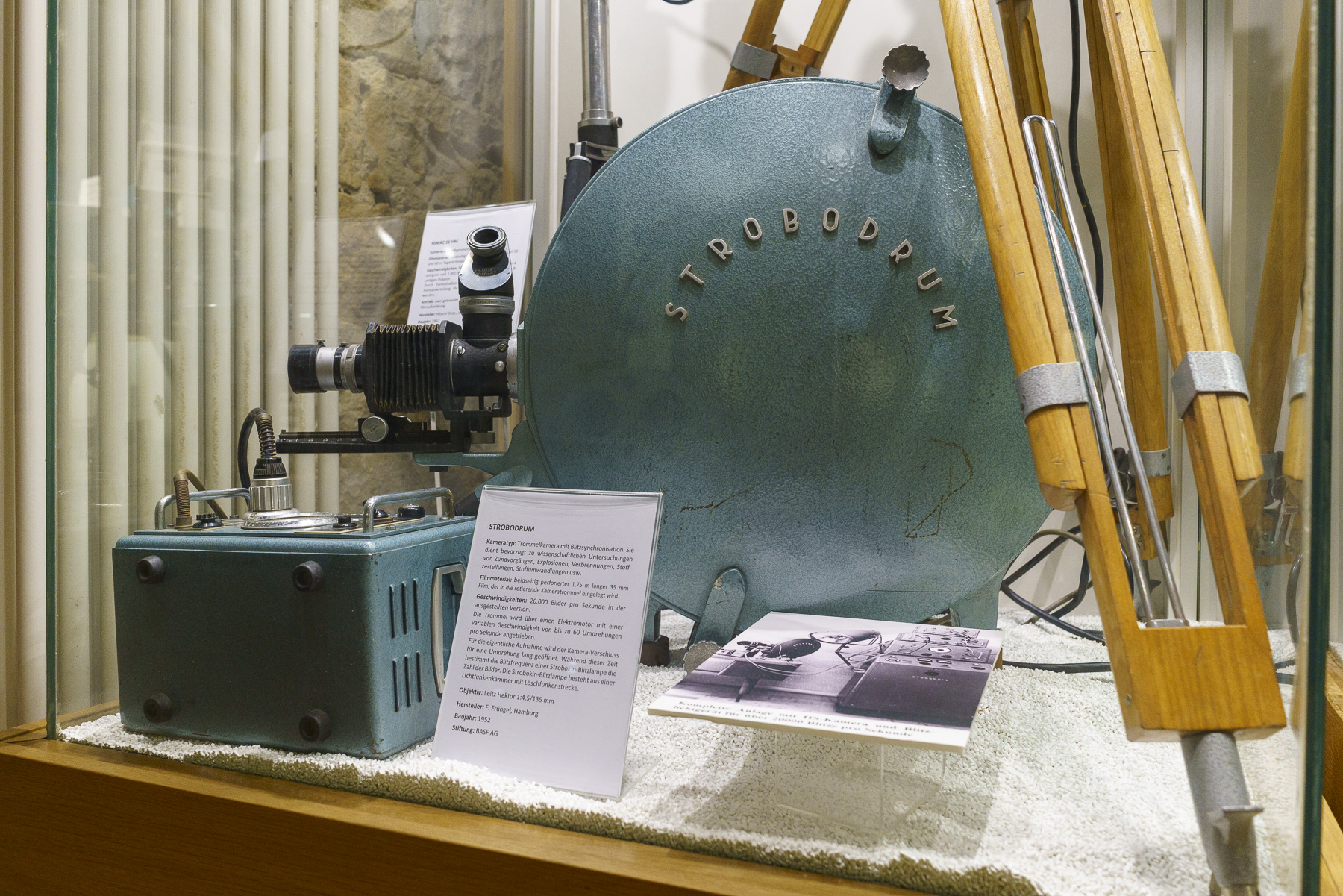 Let alone the ‘monsters’ in technological development – a projector projecting film shows on screens on transatlantic flights; Or the 200 kilogramme ‘Eidophor’ donated by Heidelberg University: one of the first video projectors. Wolfgang is not a person who is stuck in the time these devices where used. “I am interested in what people achieved then, and that they never rested in terms of technological development.” 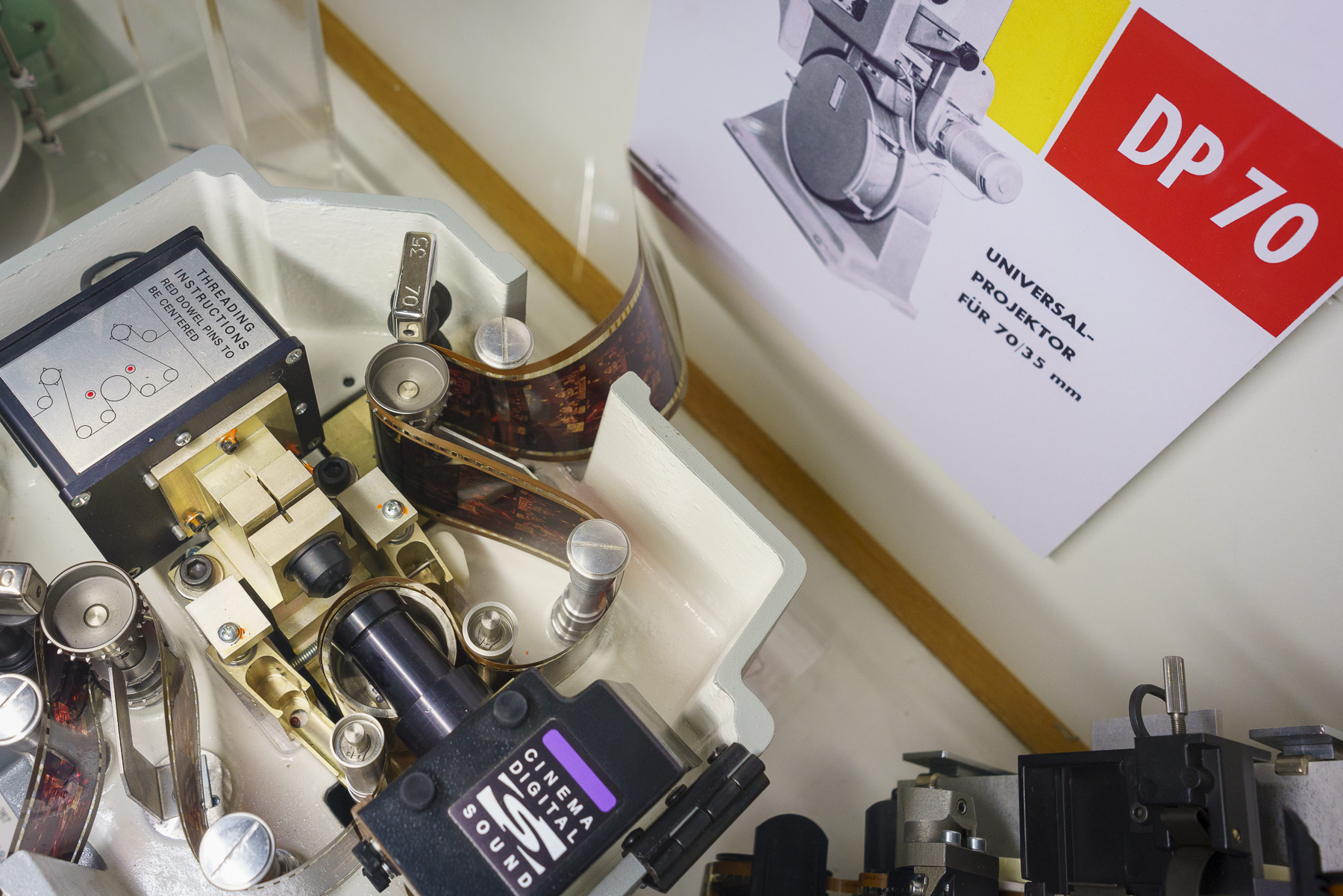 A touch of nostalgia, however, is permitted: Aged visitors can recall the characteristic melody at the end of the Wochenschau programme, after which during the Second World War the lights in the cinemas were turned off and the movie started. Young visitors, however, are confronted with Wolfgang’s discourse about current technology – he asks somebody, who proudly presents that their mobile phone camera has some million pixels, just “how many pixels you may have in your own eye? 125 million – for black-and-white vision alone!” 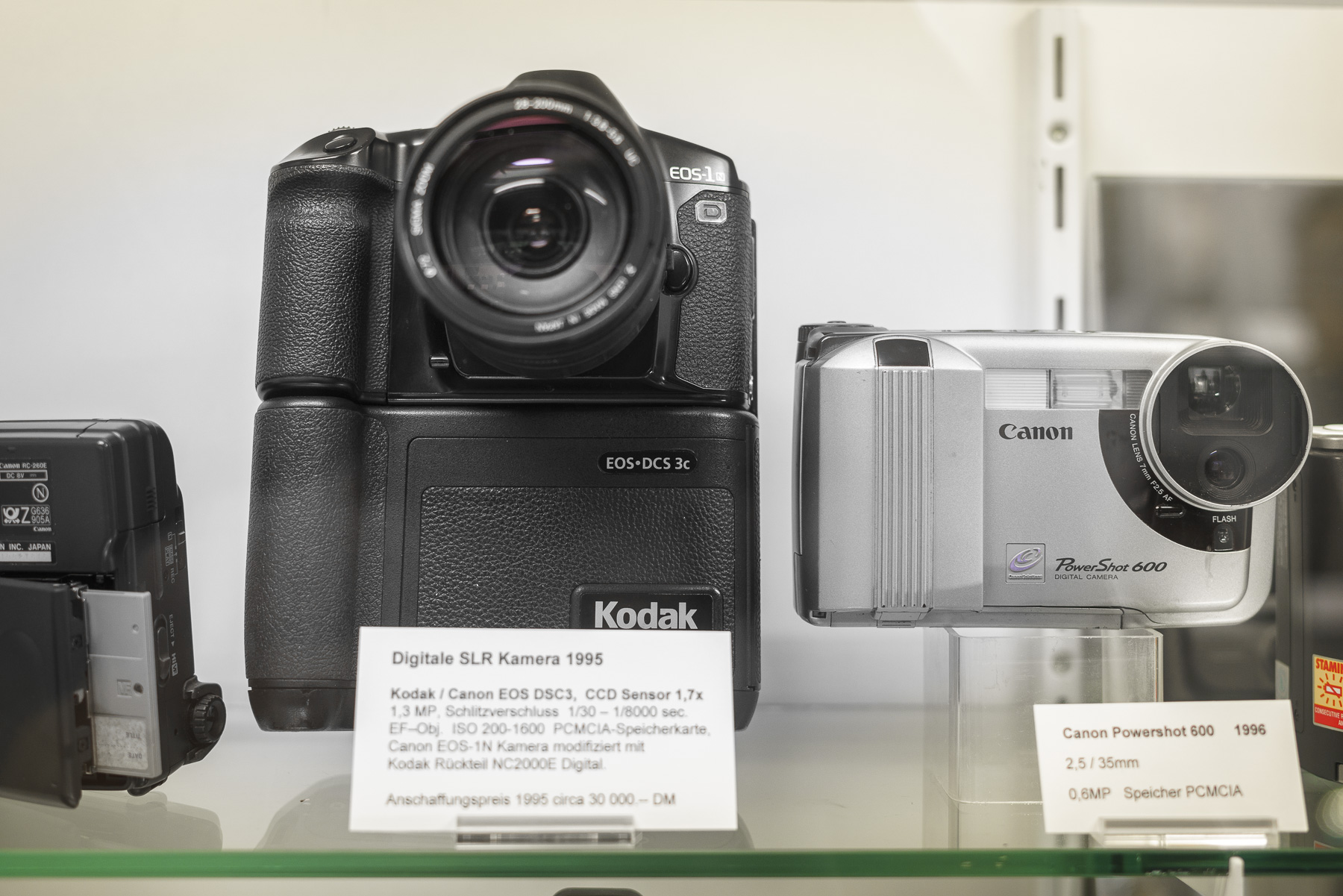 Over the years, Wolfgang has met many people. “You have to have a big network,” he says. He talked to the controversial film-maker Leni Riefenstahl or to a certain Steven Sasson – an engineer presenting his invention to the photography equipment company Kodak in the 1970s: a 3.6-kilogramme camera that recorded a digital image on a cassette tape. “You don’t honestly believe somebody will buy this,” is an attitude he was facing then. History put them right: Sasson’s invention is the precursor of the digital camera. 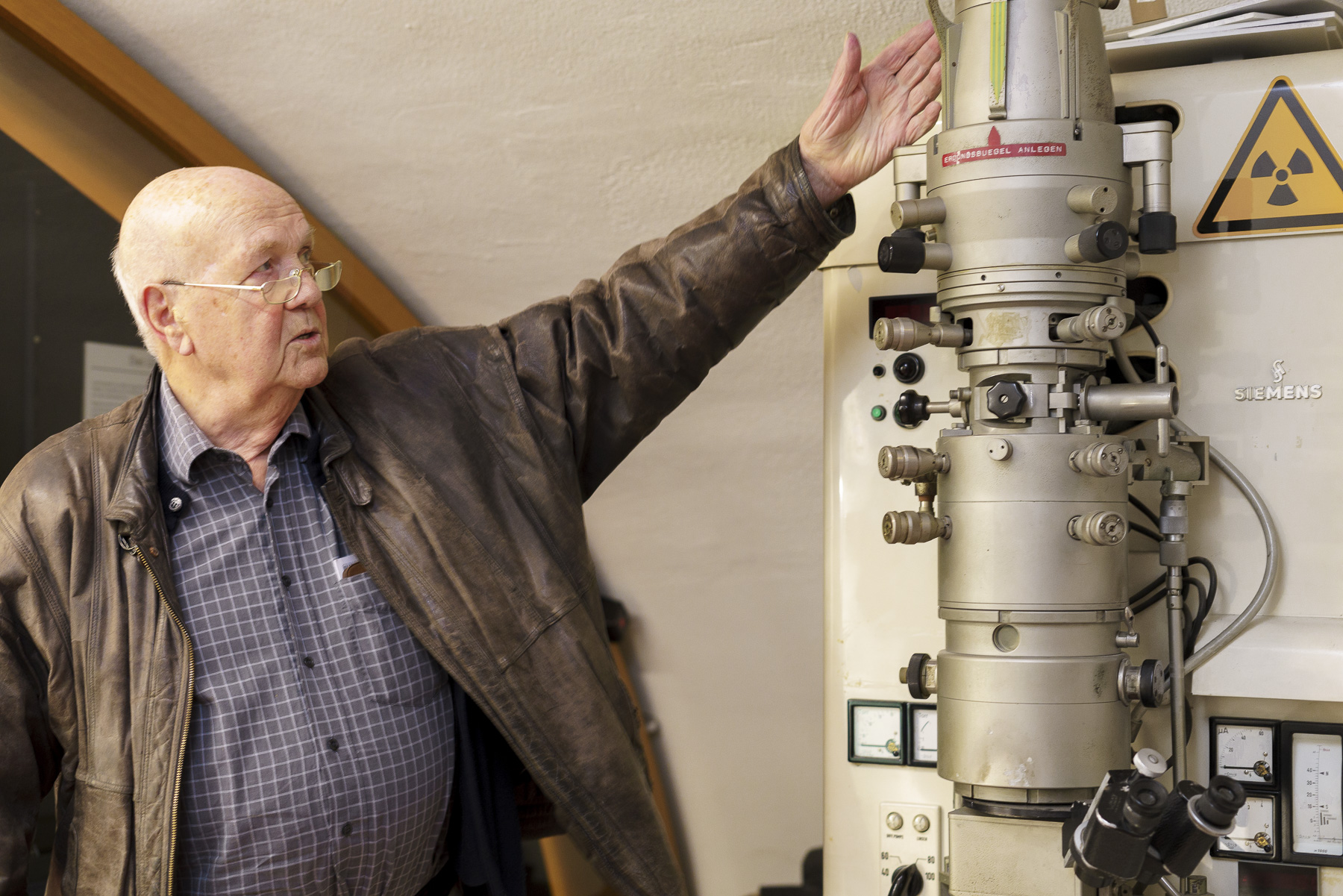 “I am interested in what people achieved then, and that they never rested in terms of technological development.”

Wolfgang has trouble storing the huge amount of exhibits, because digital photography is not the only field that proves that technology constantly evolves. So, there is no shortage of new stories in the museum and there never will be. 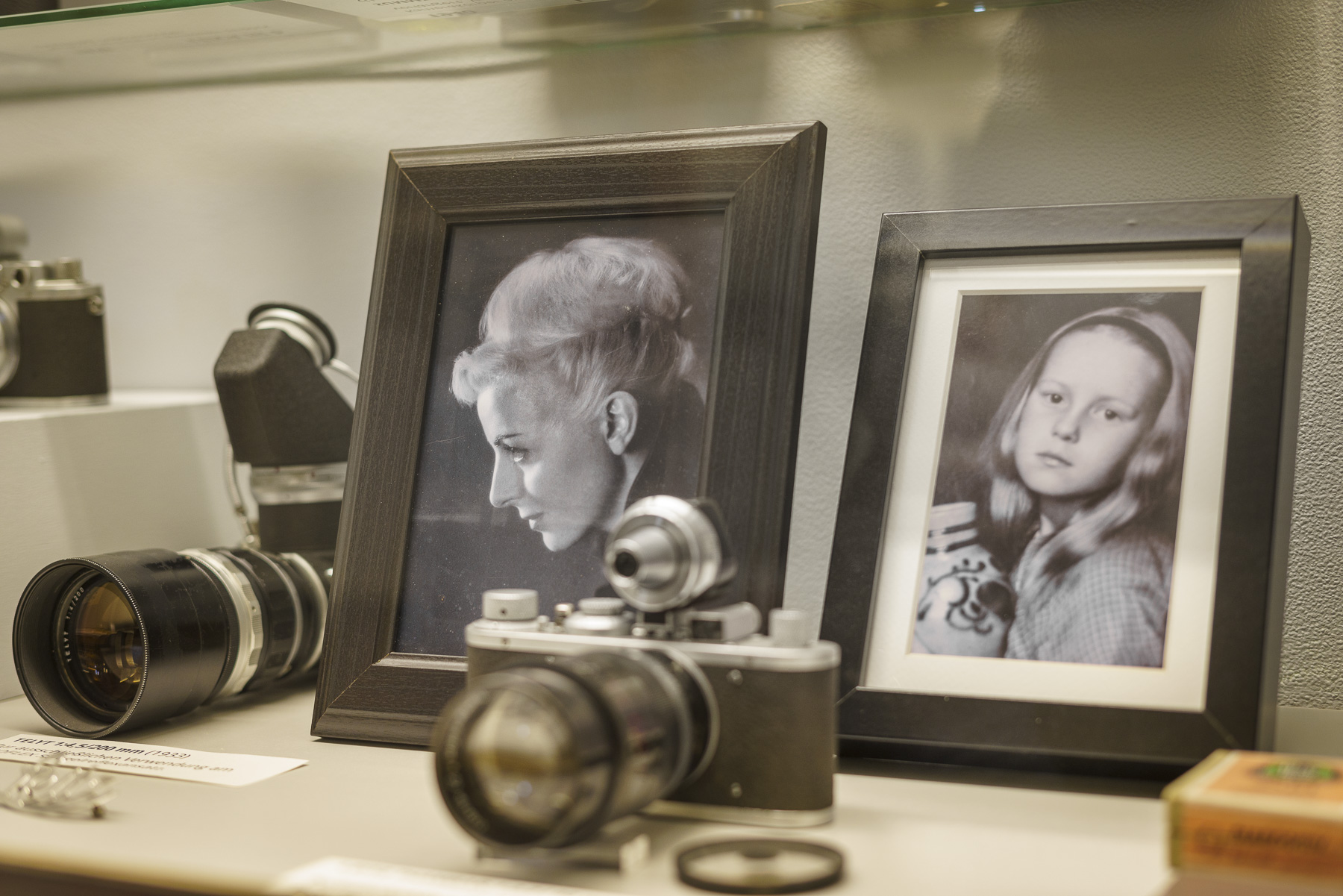 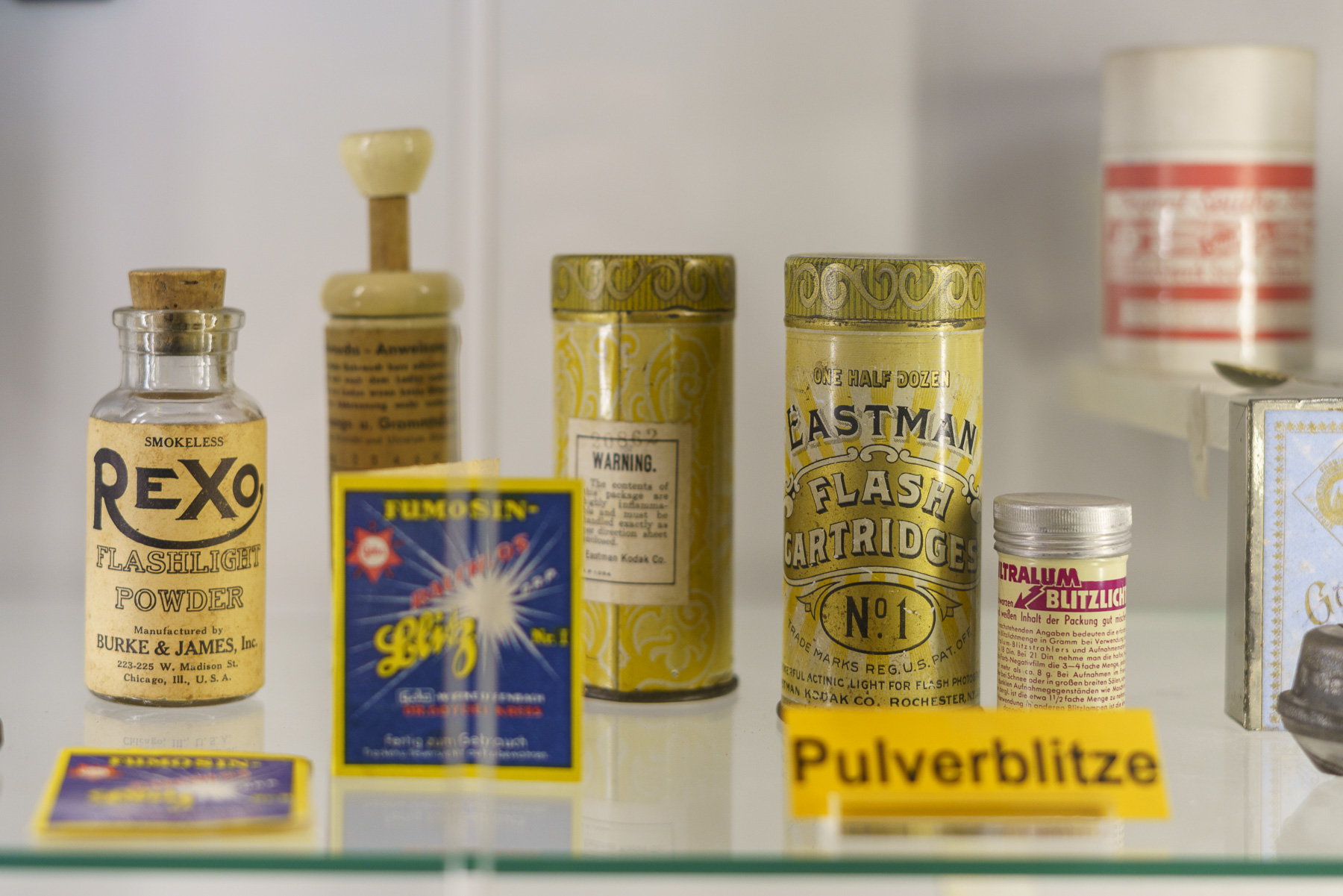 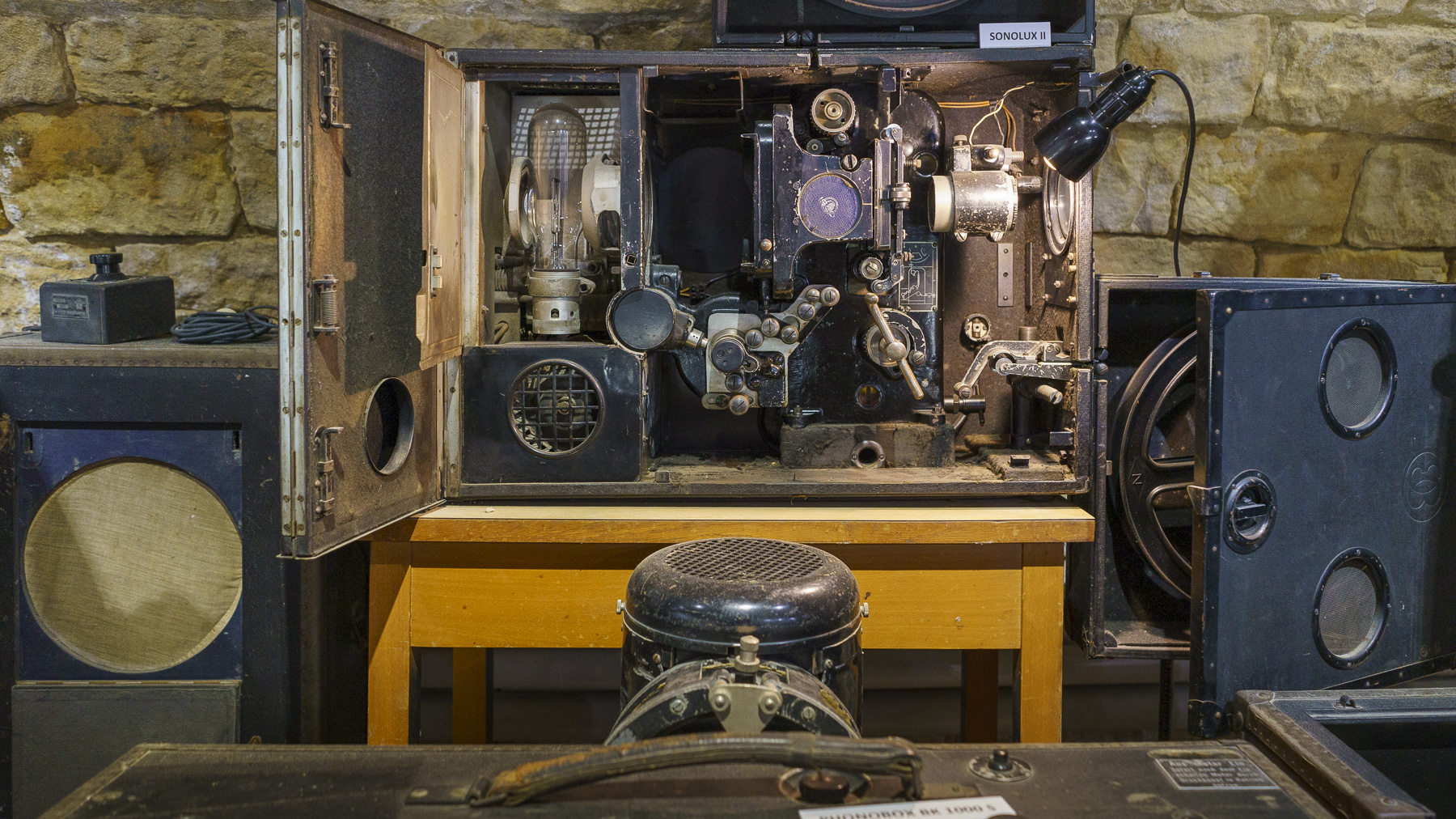 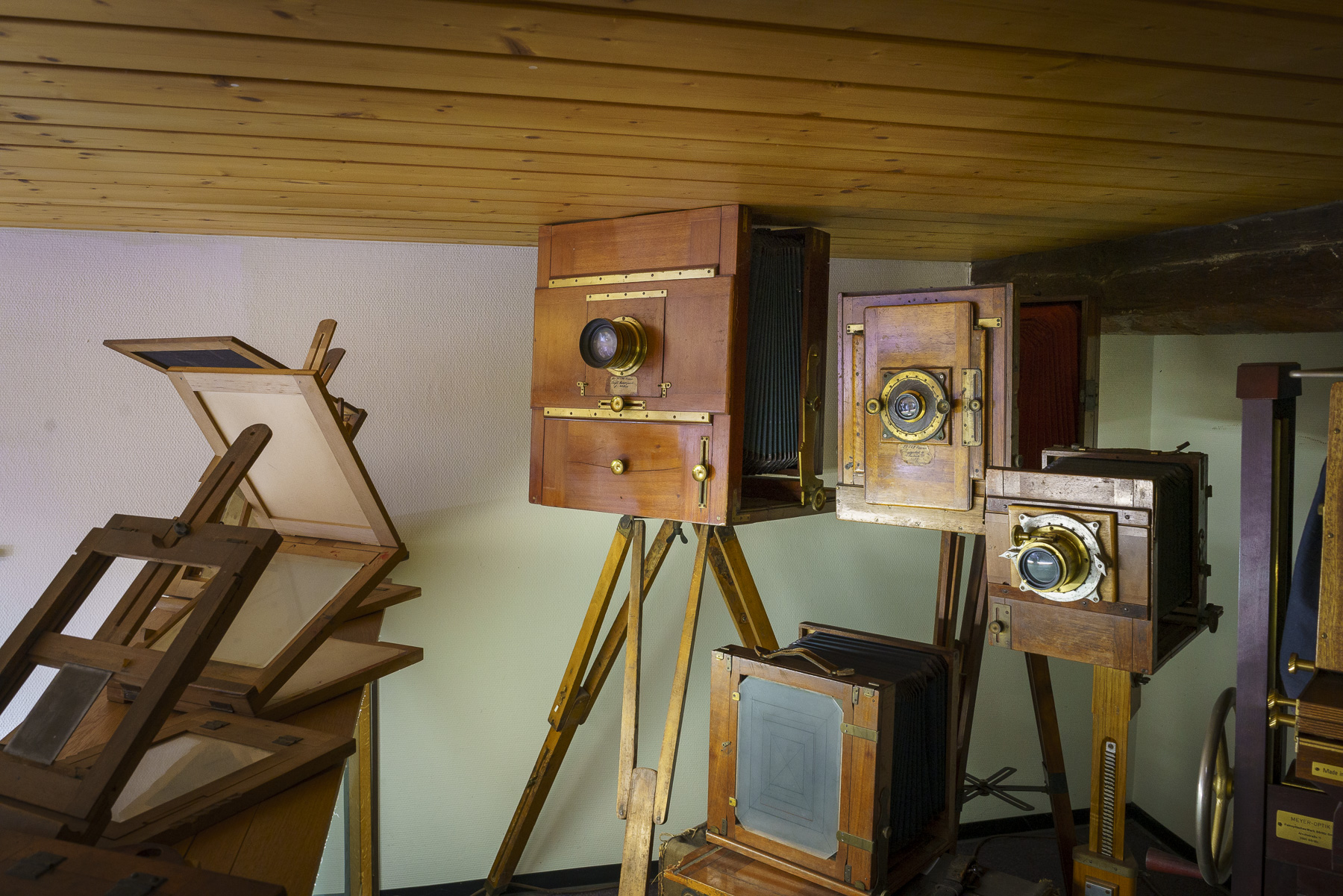 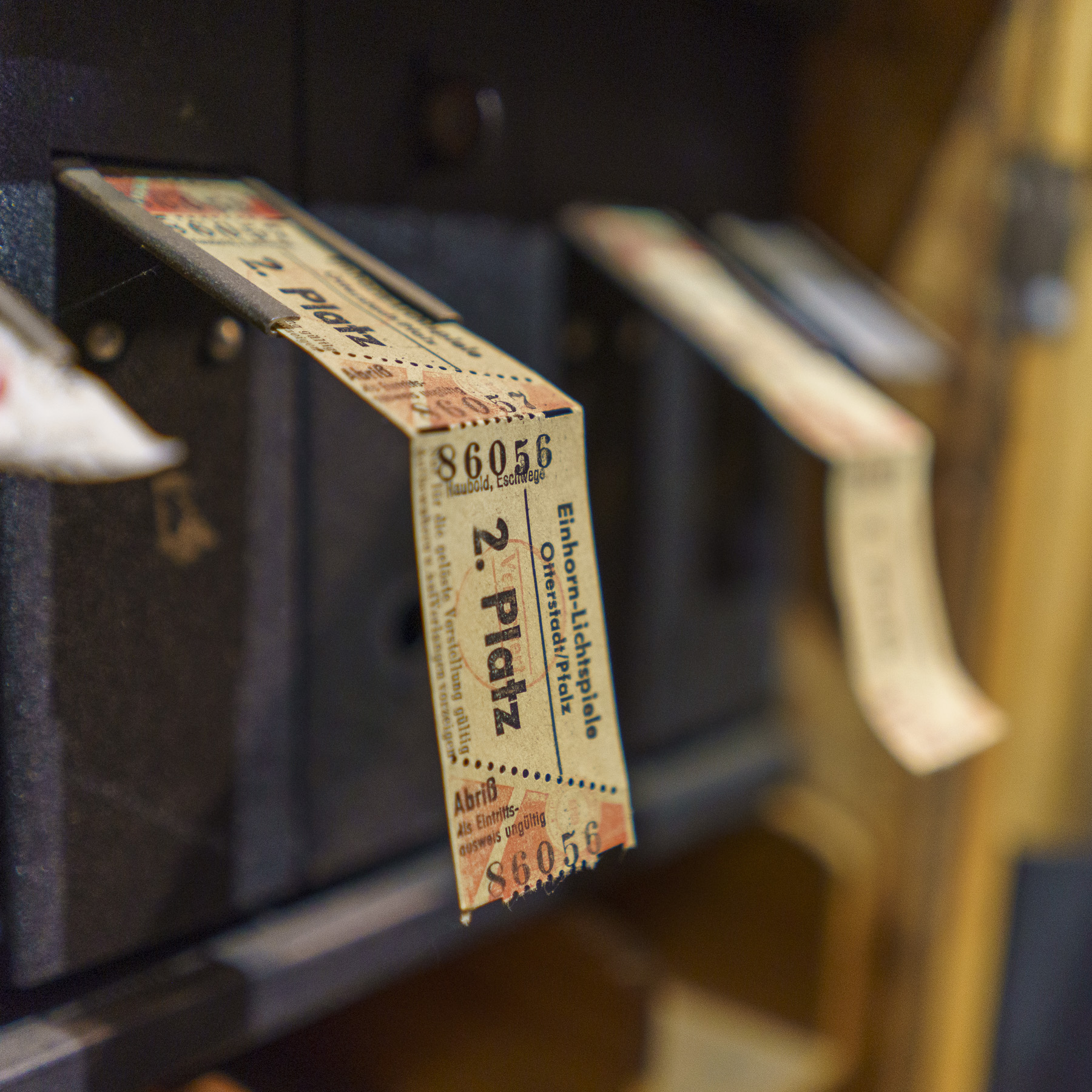 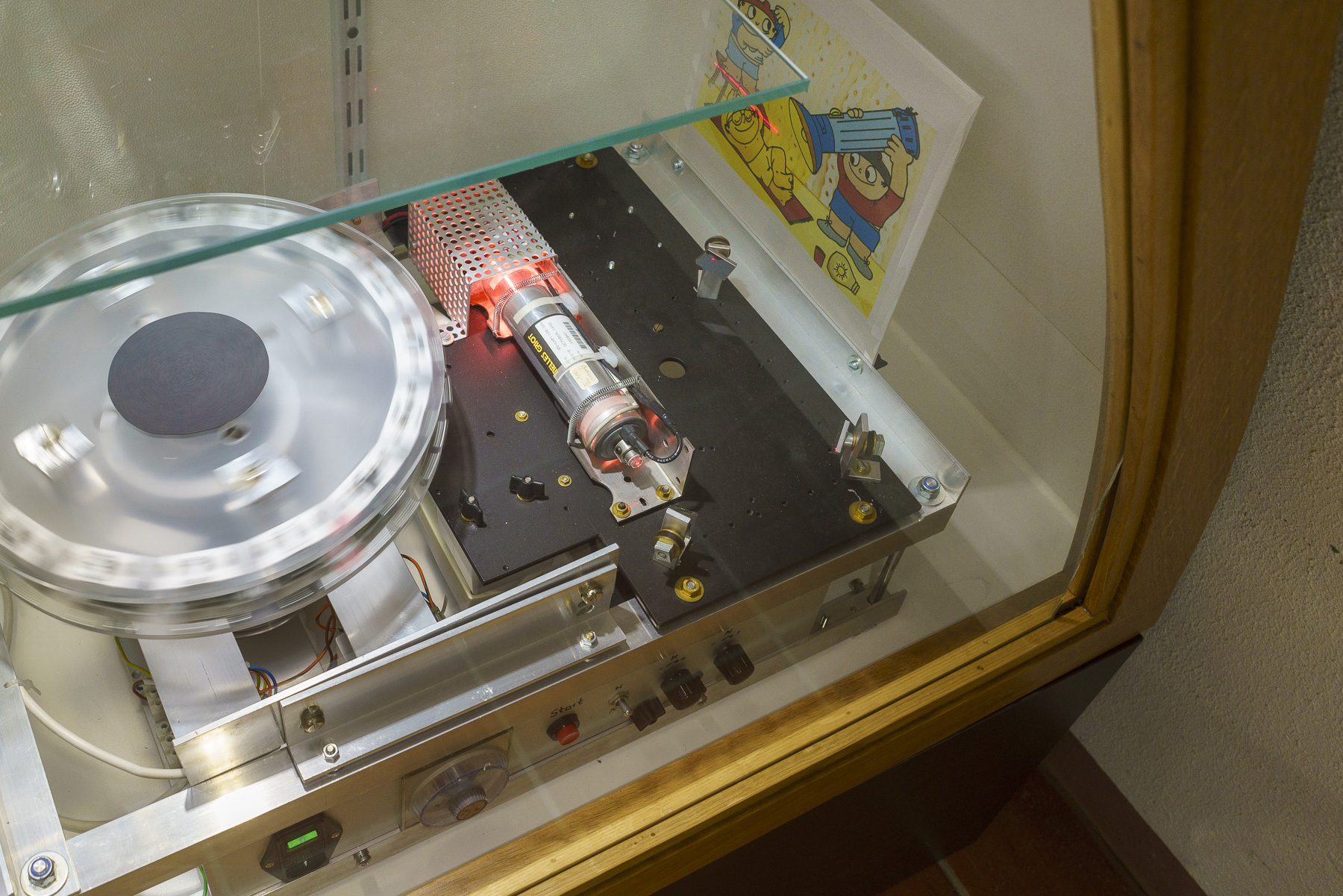 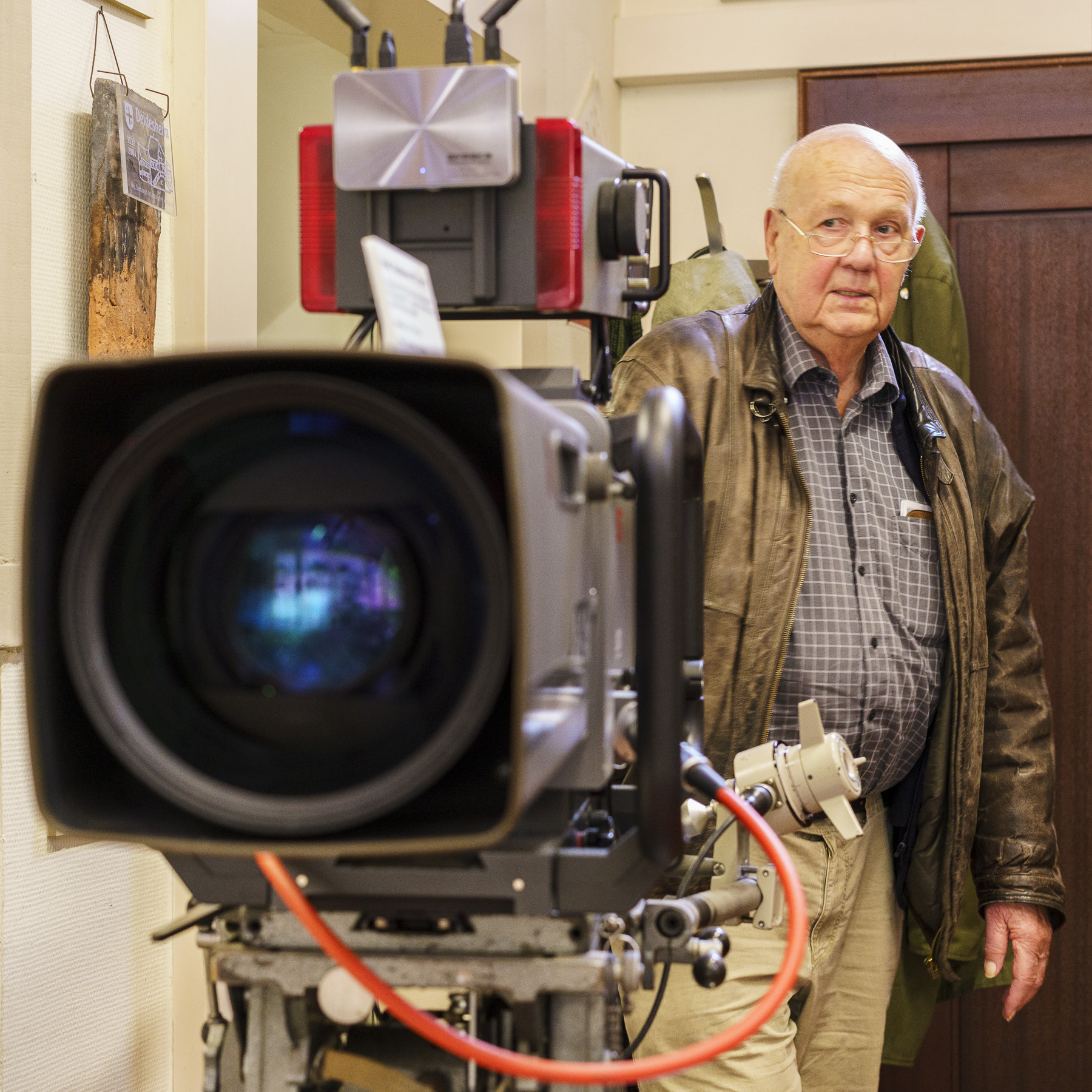 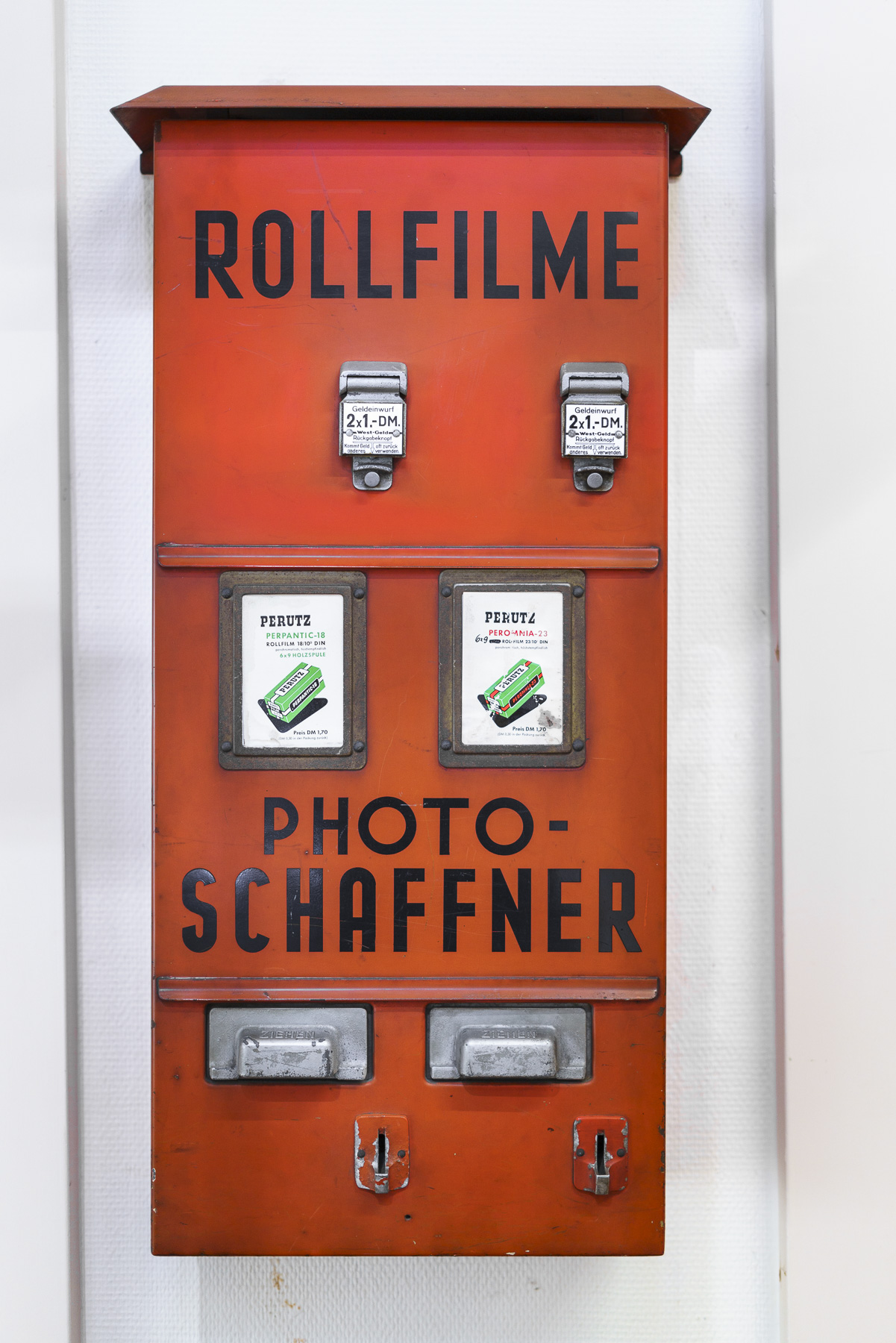