Sandra Hüller, Klaus Maria Brandauer and now Lina Beckmann: One of Germany’s most important acting awards is presented at Bergstraße every year. The foundations for the award were laid by the City of Bensheim, the German Academy for the Performing Arts, film and theatre critic Wilhelm Ringelband—and by the story about a unique friendship.

Was it love? Berthold Mäurer, former head of the cultural affairs office of the City of Bensheim, smiles when you ask him this. He slides two letters across the table, as if offering you an answer. One is from the year 1945, the other from 1952—both of them written by Wilhelm Ringelband and both of them addressed to Gertrud Eysoldt. And yet, with very different tones: “Dear Madam!” is the form of address he chose for the first letter to Berlin to the famous theatre actress, written in the last days of the war. Seven years later he called her “You, my love and dear one.” Was Wilhelm Ringelband in love with Gertrud Eysoldt?

This question doesn’t matter so much for those of us today who know about the significance the Gertrud-Eysoldt-Ring has, because its meaning is this: The award is awarded to the most important German actors and actresses [D1] by the City’s Ringelband Foundation and the German Academy for the Performing Arts every year. It was presented to Sandra Hüller, Corinna Harfouch and Klaus Maria Brandauer, among others, for their outstanding performances on stage. However, the award would probably never have existed without the special ties between Gertrud Eysoldt and Wilhelm Ringelband. And certainly not here in the Rhine-Neckar Metropolitan Region.

Wilhelm Ringelband lived in Bensheim from 1944 to 1981. “But he used to feel rather reserved towards the town,” says Berthold Mäurer, who was one of the organizers behind the introduction of the Eysoldt-Ring award in 1986 after Ringelband had died. The journalist Ringelband laid down in his 19-page will that three million German marks should be granted to the City of Frankfurt as prioritised recipient, alternatively to the City of Munich or finally to the City of Bensheim. The first two recipients graciously refused the gift because of the extremely stringent conditions he imposed on the gift. His long-standing place of residence located at Bergstraße stepped in and in the end created an award that would be reminiscent of the actress Gertrud Eysoldt, who was so much admired by Wilhelm Ringelband. “Yes, maybe there was a kind of love between them,” Berthold Mäurer suspects—but certainly only of a platonic kind, because the critic, who was 50 years younger, and the actress never actually met. 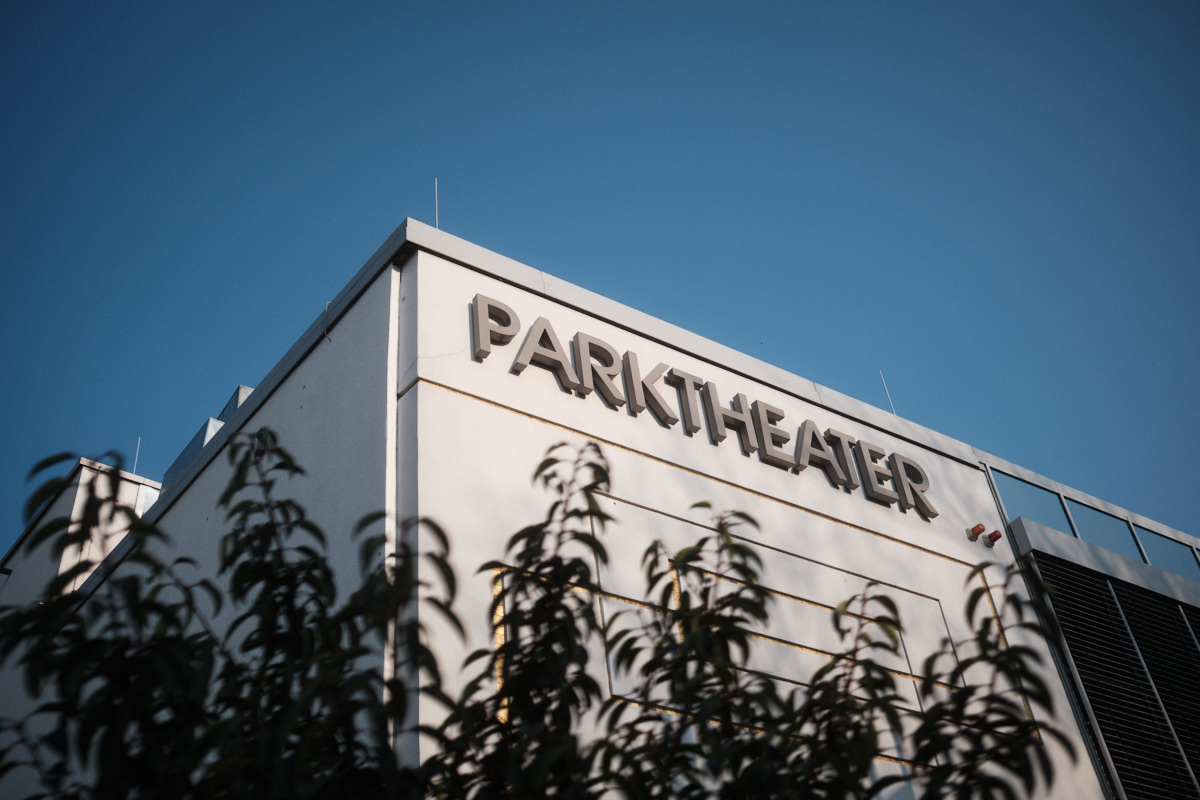 The Gertrud-Eysoldt-Ring award is presented every year... 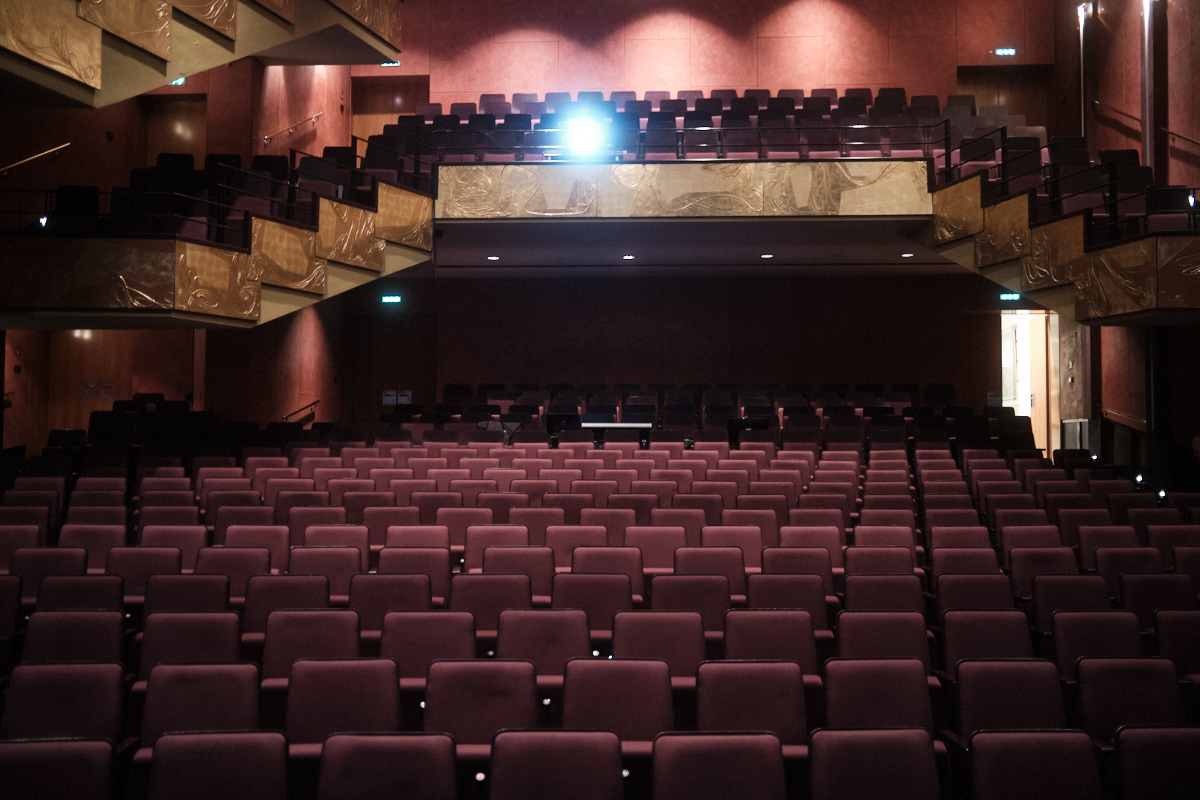 at the Parktheater in Bensheim. 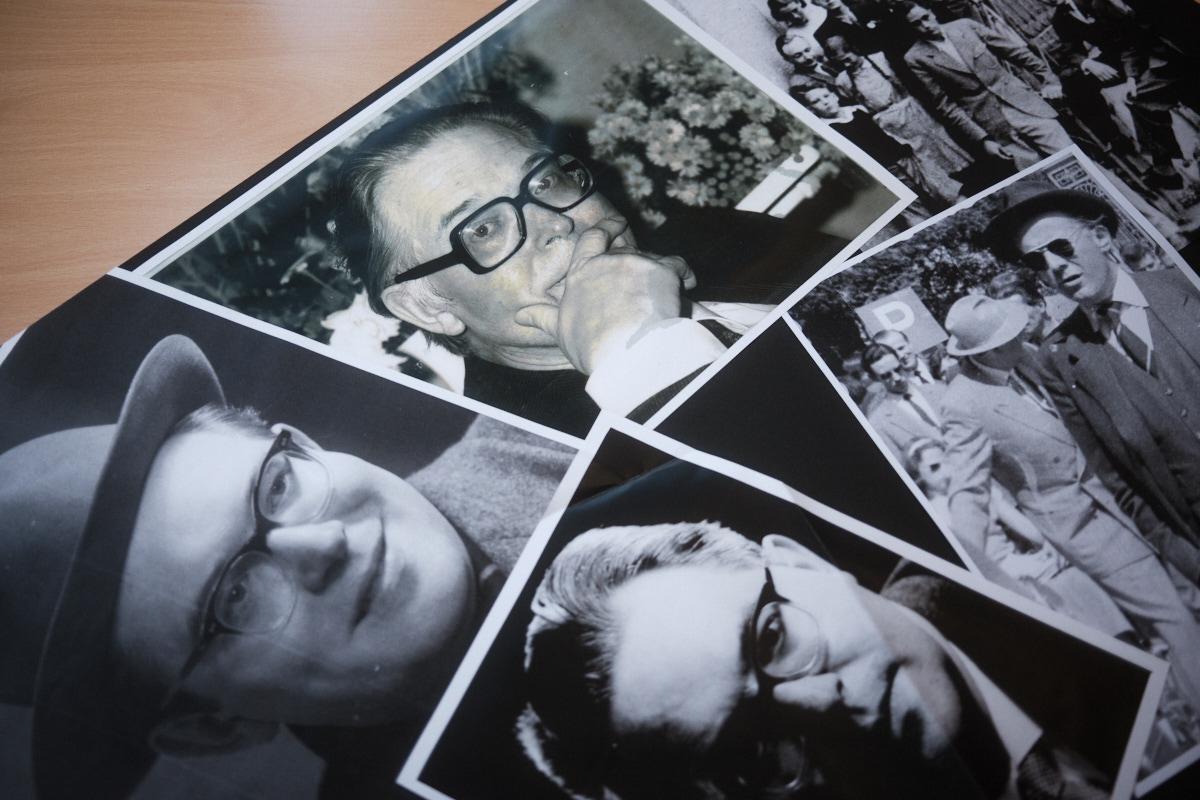 It goes back to the theatre critic Wilhelm Ringelband, a native of Bensheim. 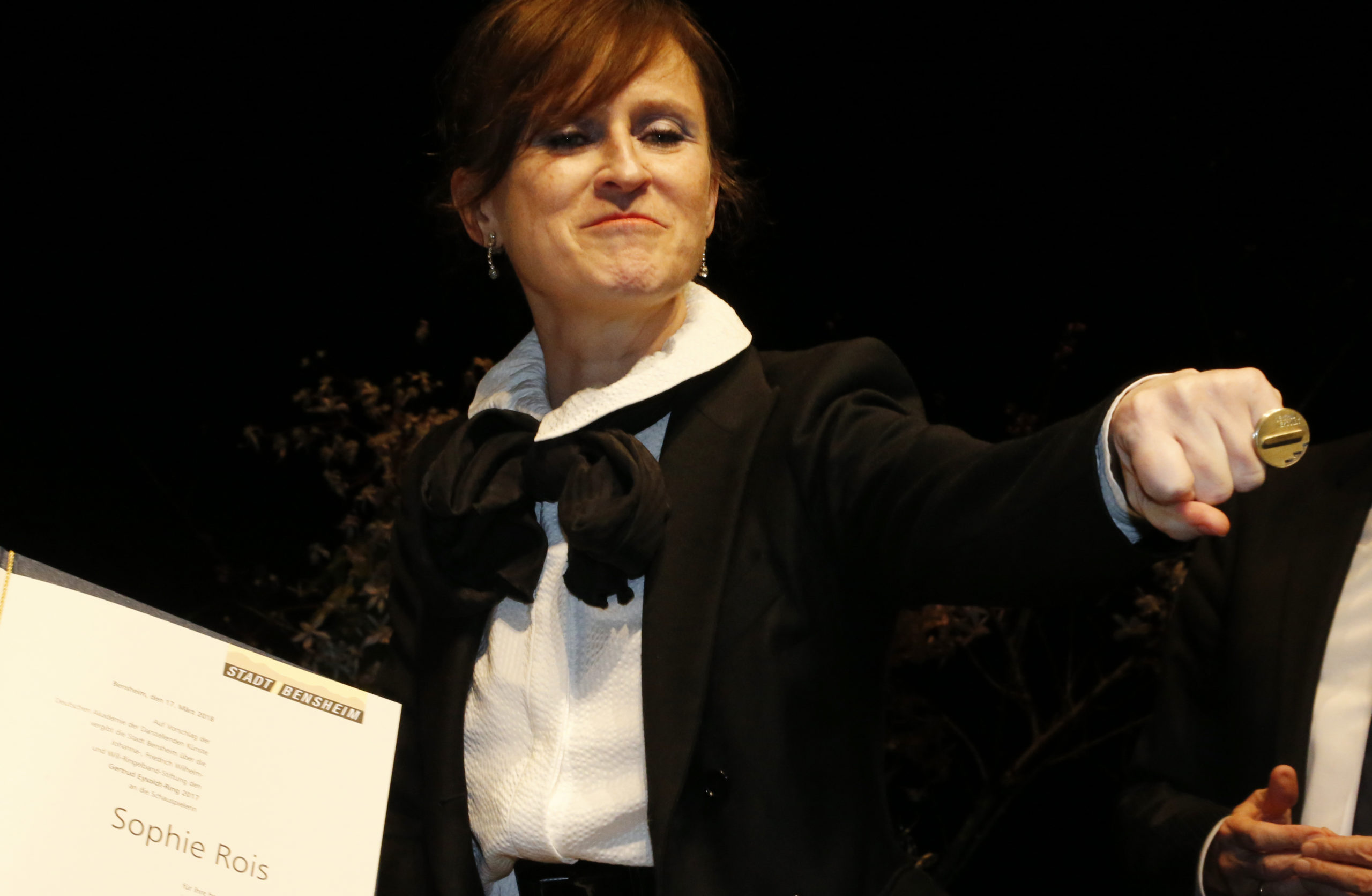 Sophie Rois is one of the ring bearers as well 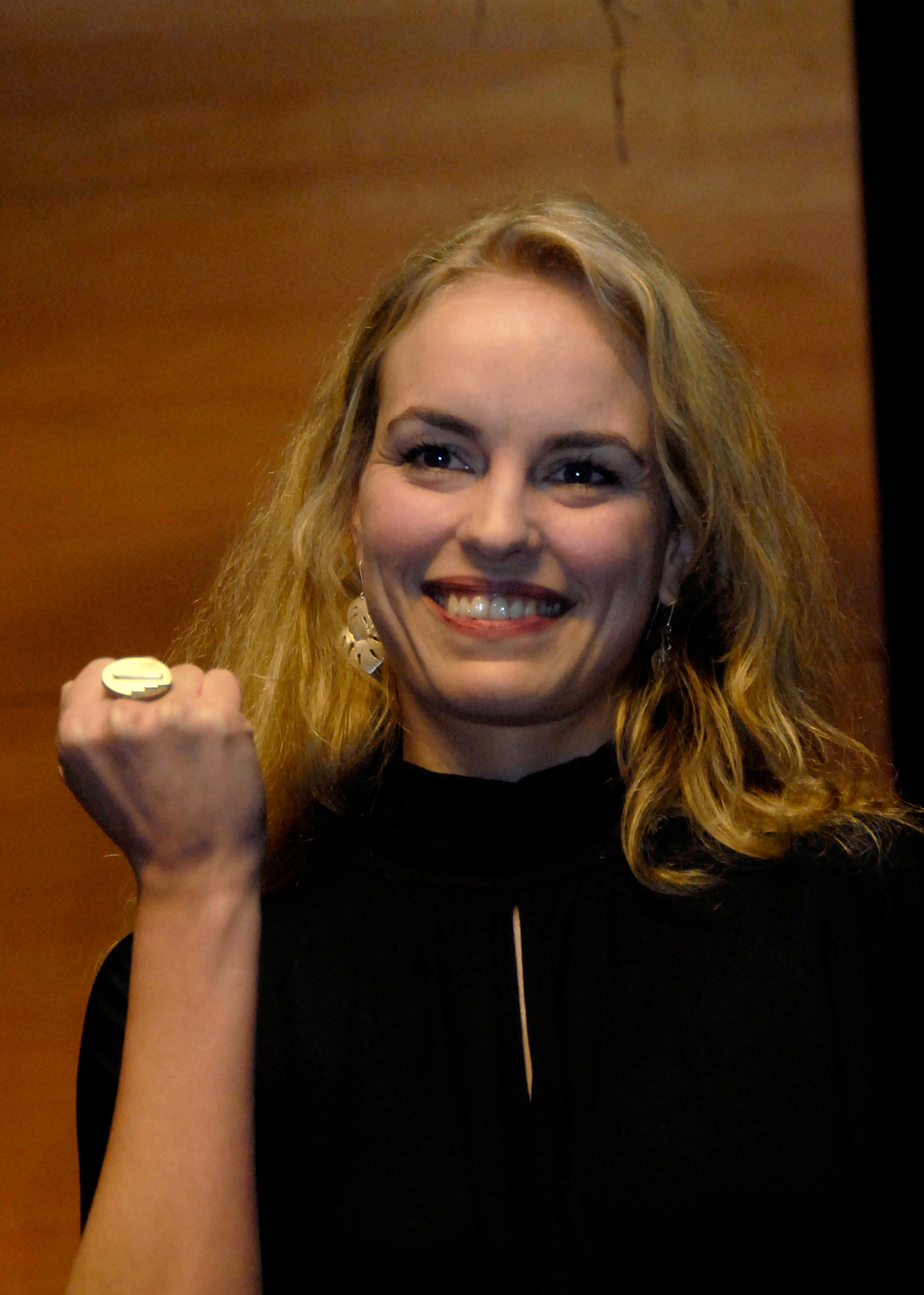 …just like Nina Hoss for her performance of Medea and… 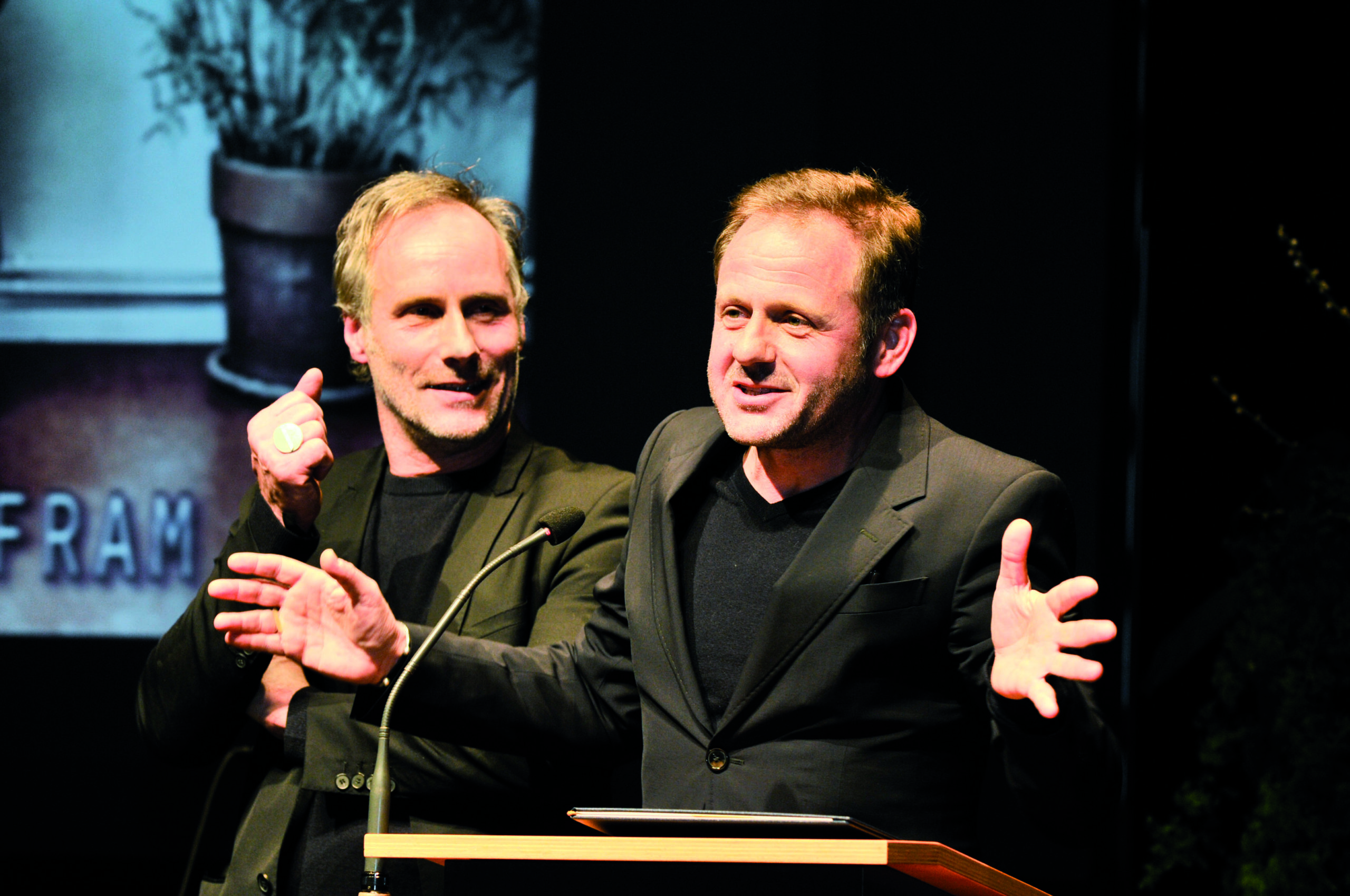 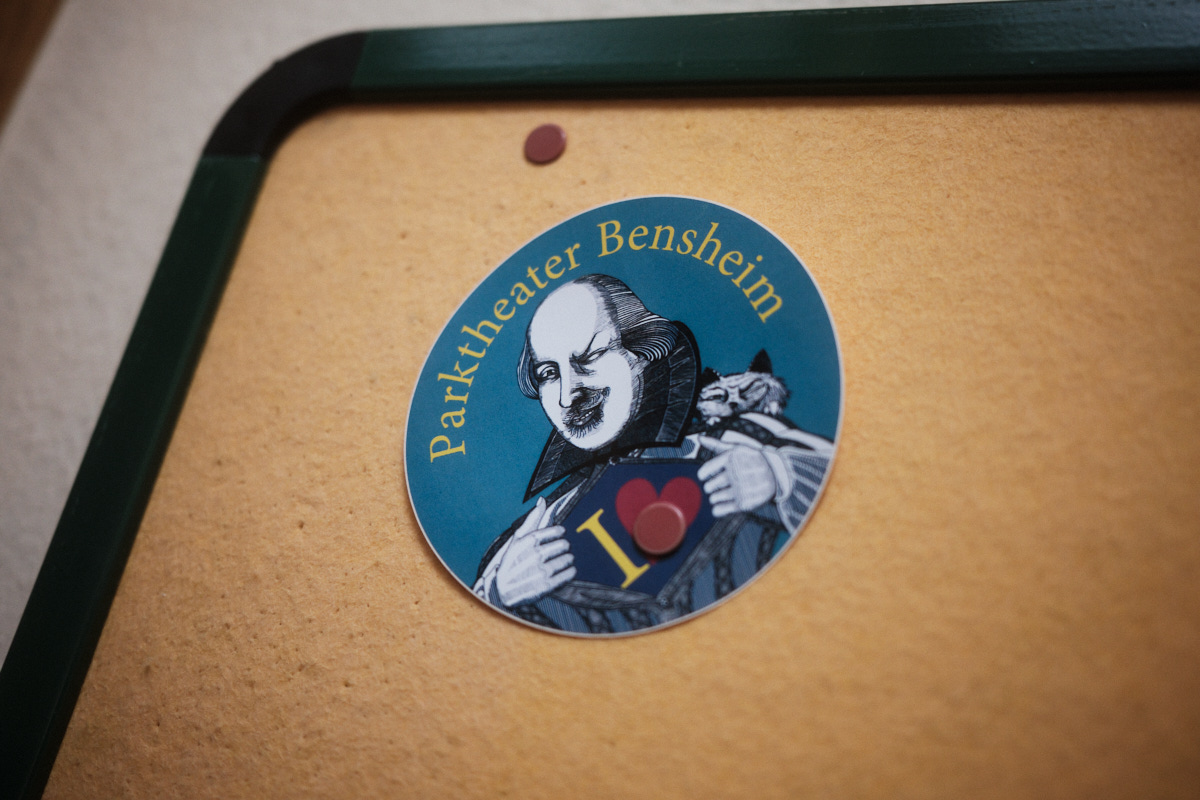 Berthold Mäurer was born in 1953 and grew up in the City of Worms. However, he went to the Parktheater in Bensheim already as a pupil. Back then he couldn’t imagine that one day he’d be the director of this theatre. After his teaching studies he was hired by the city in 1985 and became head of the adult education centre, then of the cultural affairs office and eventually of the theatre.

Berthold installed a part of an exhibition that he created some years ago in the rooms of the Bensheim adult education centre. The exhibition follows in the footsteps of Gertrud Eysoldt and Wilhelm Ringelband showing letters and photographs such as the one of the young actress Gertrud, for whom Hugo von Hofmannsthal wrote dramas such as ‘Elektra’, who performed on stage in Max Reinhardt’s legendary Deutsches Theater and who was painted by Lovis Corinth as the destructive Salomé. Another photo, in contradiction, shows her as an old lady with rather careworn features casually puffing on a large cigar.

Wilhelm Ringelband, on the other hand, appears somewhat stiff on most of the photos. And yet, his relation to many actors and actresses must have been very warm, as innumerable letters expressing words of thanks prove—written by Götz George, Volker Schlöndorff or Senta Berger. “I met Ringelband when I was a student during the Heppenheimer Festspiele festival,” Berthold remembers. On that occasion, the critic seemed rather sickly and frail to him. He was in a wheelchair and “his handshake was very limp.” His texts were quite the opposite. Although Ringelband’s reviews were usually benevolent to the events on stage and screen, he could also dish it out if a performance was too avant-garde for him, for example.

Born in Frankfurt in 1921, Wilhelm Ringelband was left with poor health by military service and moved to his grandfather’s villa in Jahnstraße 5 in Bensheim-Auerbach already in 1944. Although he was a wealthy man by birth, he imposed an almost self-destructive workload on himself, as his calendar shows: He reported about film releases for almost 30 daily papers and magazines on a daily basis and also about what was going on in the theatres across Germany—without even having a driving licence.

161 boxes is the ‘physical legacy’ Ringelband left behind in Bensheim. They contain folders filled with newspaper articles, tape recordings, photos and letters—a chapter of film and theatre history from 1950 to 1981 and a corpus that could stand for scientific review. Prof Hans-Jürgen Drescher looks after Ringelband’s ‘intellectual legacy’. He is the president of the German Academy for the Performing Arts and convenes an independent jury every three years for the Eysoldt-Ring, which is endowed with 10,000 euro. This jury goes in search of outstanding acting performances in theatres every year—the award actually honours a role in a play. And so it was to Lina Beckmann in 2021 as English king in ‘Richard the Kid & the King’, a co-production from the Salzburg festival and the Hamburg Deutsches SchauSpielHaus. The presentation of the 2021 award will take place in May 2022 and the choice was made by Jossi Wieler as chair together with Karin Henkel and André Jung. “Lina Beckmann is an extraordinary theatre personality,” says Hans-Jürgen Drescher, who serves as president of the Bayerische Theaterakademie August Everding in Munich, among other jobs.

The German Academy for the Performing Arts has about 450 members and reads like a who’s who of the current theatre, film, radio play and television scene—with Nadja Uhl, Martin Wuttke, Kay Voges, Andreas Dresen and Achim Freyer. The fact that the Eysoldt-Ring award is presented in Bensheim makes it special as well, because “in Berlin it would just be one of many,” Hans-Jürgen Drescher offers in explanation, adding: “Here it is solitary and embedded in a major social event.” But what is it that actually makes a good performance? The president of the academy explains that the variety of acting types has, of course, extended—not least because of digital formats. “However, live performance of actors and actresses in co-presence with the audience has been and continues to be the source of original experiences.” And opens horizons. From Bensheim to the world.

The 2021 Eysoldt-Ring award will be presented on 21 May 2022 in the Parktheater Bensheim.

The Museum Bensheim produced an entire podcast episode about the Eysoldt-Ring featuring Berthold Mäurer. Here is the link. 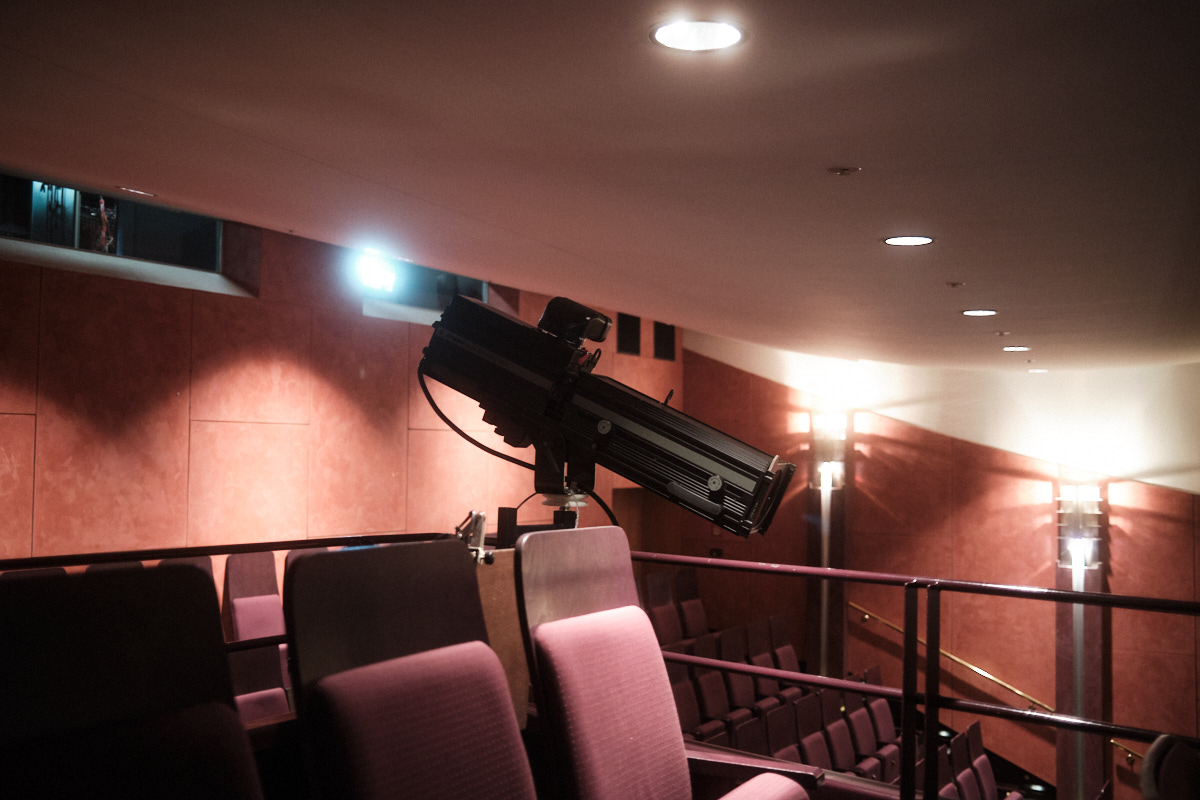 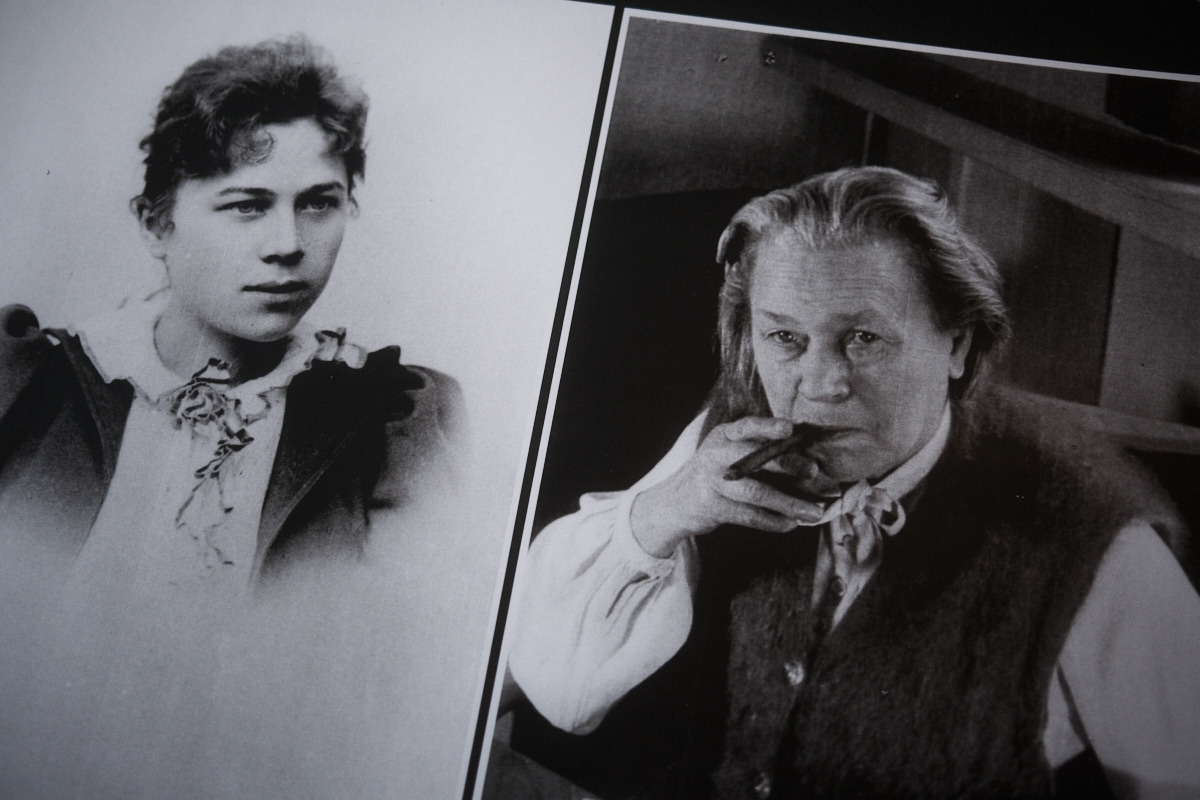 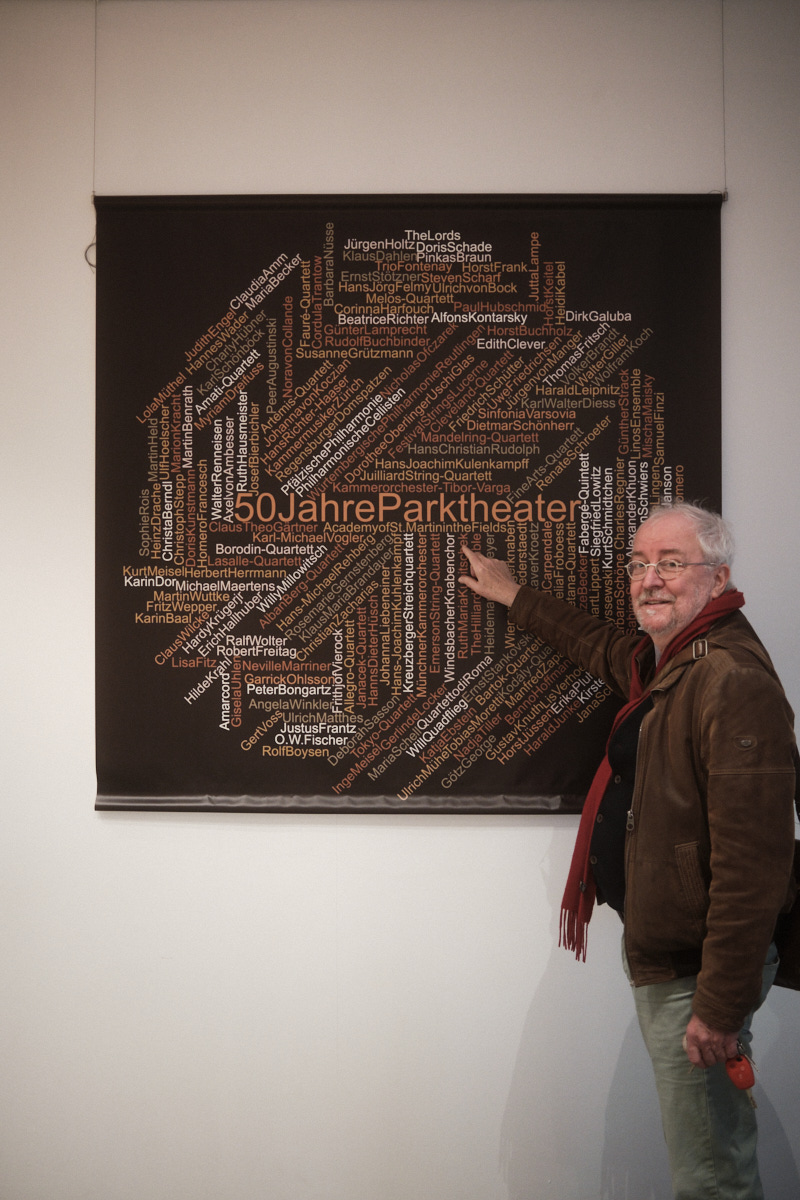 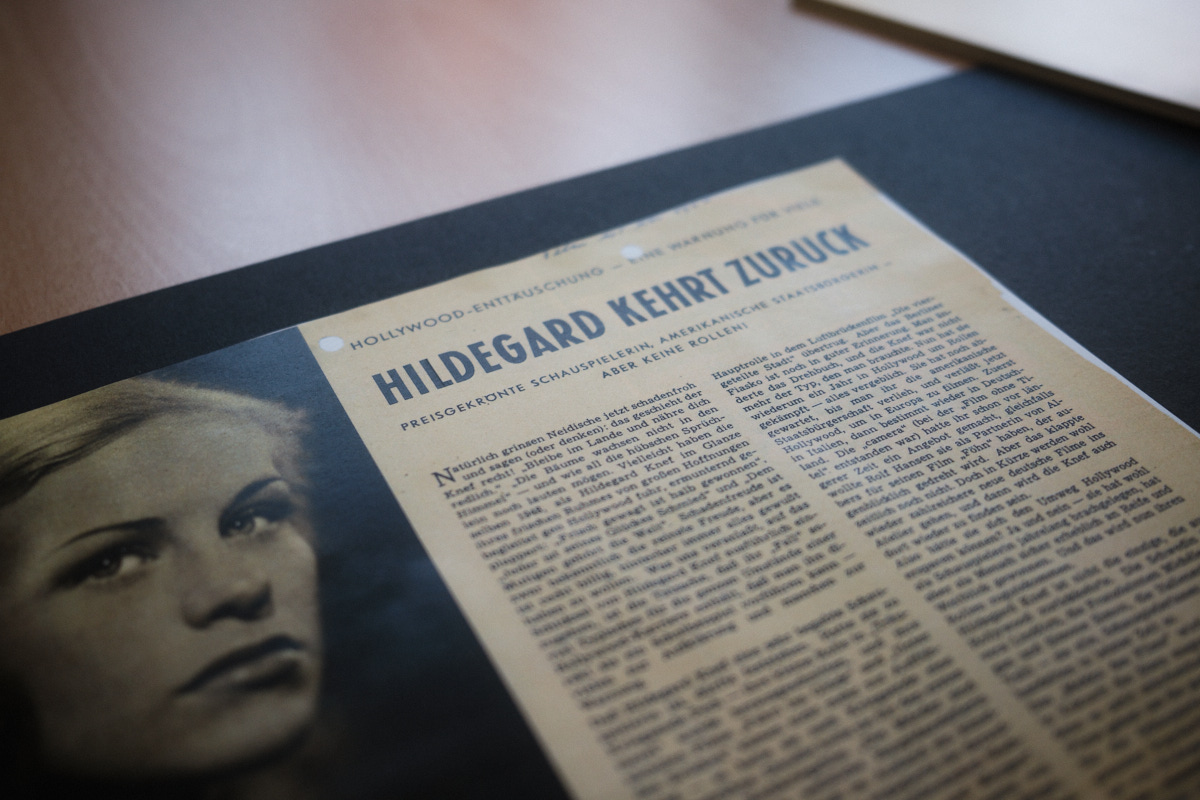 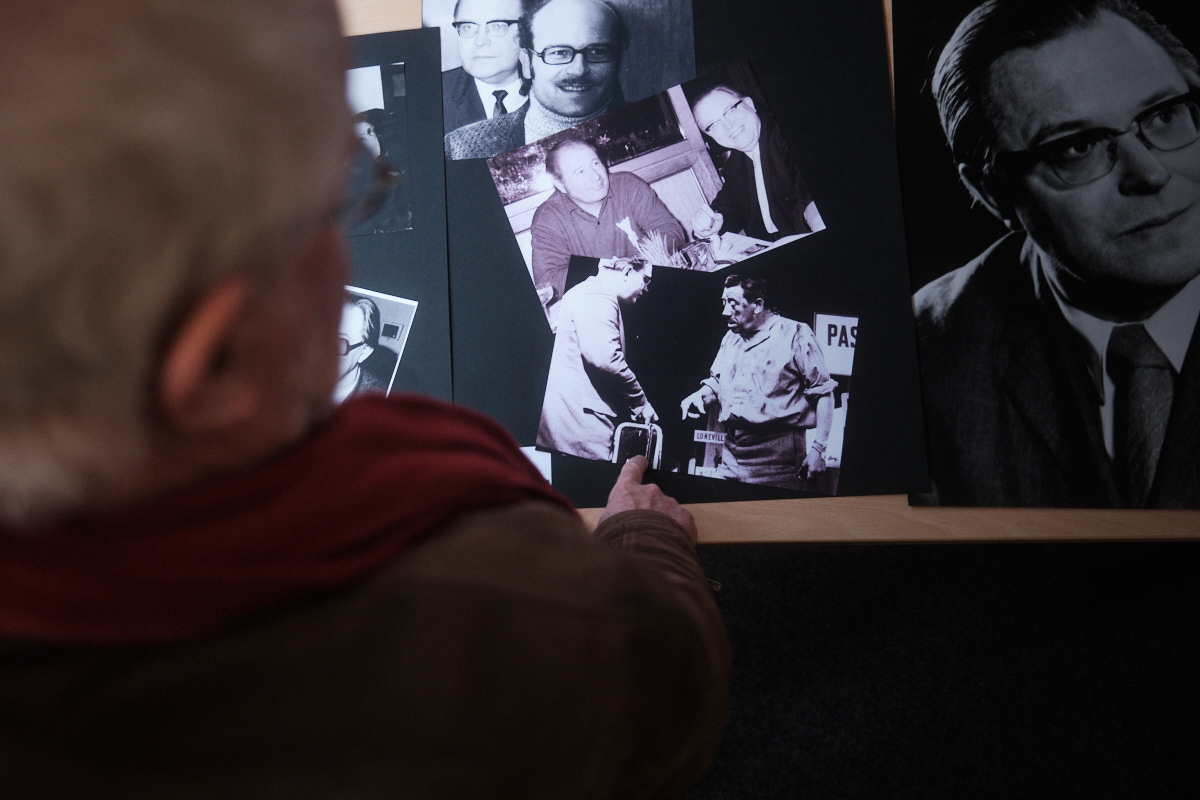 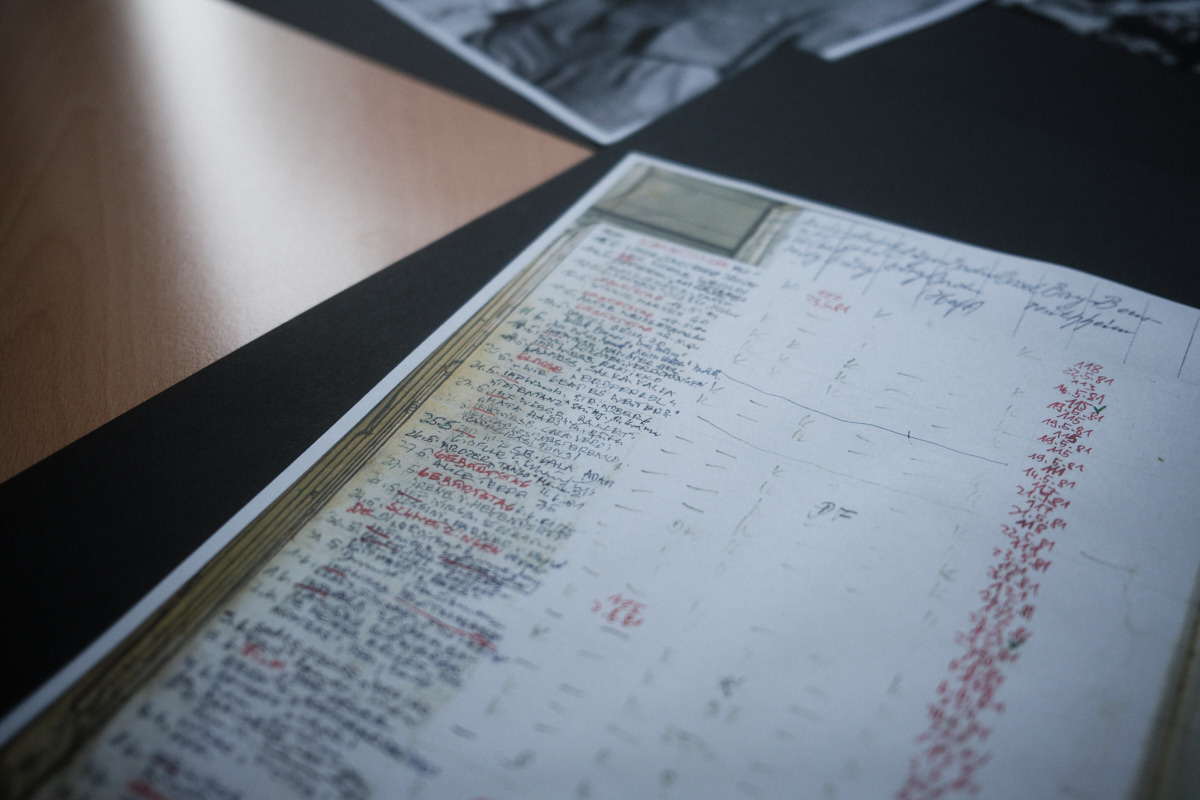