Certain places can take you back in time, and these walls tell dark tales, without any words: the old castle ruin of Windeck and the Wachenburg Castle are located right along a hiking route, which runs for 120 kilometers, past around 30 castles and forts, between Darmstadt and Heidelberg: the Burgensteig (castle trail).

111 steps … one more, or less maybe? They are uneven in height and require concentration. Aside from that, only a small bit of light falls through the narrow windows in the heavy walls. Once anyone has reached the Windeck castle ruins keep, though, they will not be dwelling on the steps behind them. By then they should be enjoying the view, while dreaming of times, when knights rode their noble steeds through castle courtyards; times of Minnesang, paddles and frightening dungeons.

The “Wachenburg” (back left) and castle ruin “Windeck” (front right) in Weinheim.

When Maria Zimmermanns hair is tangled by a breeze, on this fairly mild December day, she shrugs it of and remarks: “These are windy parts around here!” The 57-year-old manages the office for tourism, culture and public relations in Weinheim, and it doesn’t take long to understand how much the city, the Bergstraße and her work mean to her. Through one of the windows she glances towards the second landmark of Weinheim: the Wachenburg Castle, in the north-east of the town. The castle, with its characteristic brick-red roof, was built only at the beginning of the 20th century, by a union of traditional student fraternities, “the Weinheimer Seniorenconvent”, to create a meeting place, and also a memorial site for 23 fallen fraternity brothers, that died during the Franco-Prussian War in 1870/71. The castle is the youngest of its kind in the region.

Maria Zimmermann, manager of the office for tourism, culture and public relations in Weinheim.

Windeck, on the other hand, is the second-oldest castle along the Bergstraße. It was built after 1100, by abbots of the monasteries of Lorsch, so that they could protect their possessions in Weinheim. During the Thirty Years’ War (1618-1648), the castle was heavily damaged several times. In 1674 Marschall Vicomte de Turenne, Commander in Chief of the French troops, sealed the fate of the castle, by having it completely destroyed. After this the population of Weinheim pillaged the ruins for stones, to rebuild their houses. In 1900 the state of Baden sold the rest of the castle to the Earl, Sigismund von Berckheim, who protected it from further decay, and even had it rebuilt in parts. For the past 40 years the castle has belonged to the city, and it now maintains a restaurant.

Both of the landmarks of Weinheim lie along the Burgensteig hiking trail, which Maria Zimmermann promotes from two angles. For one, she volunteers as chairwoman of the Tourist Service Bergstaße, which unites all the regions destinations. She is spokeswoman for the association, and organizes both exhibition appearances and promotional materials, together with her colleagues. This includes promoting the 120 kilometer hiking trail, which leads from Darmstadt-Eberstadt to Heidelberg, past around 30 castles and forts. 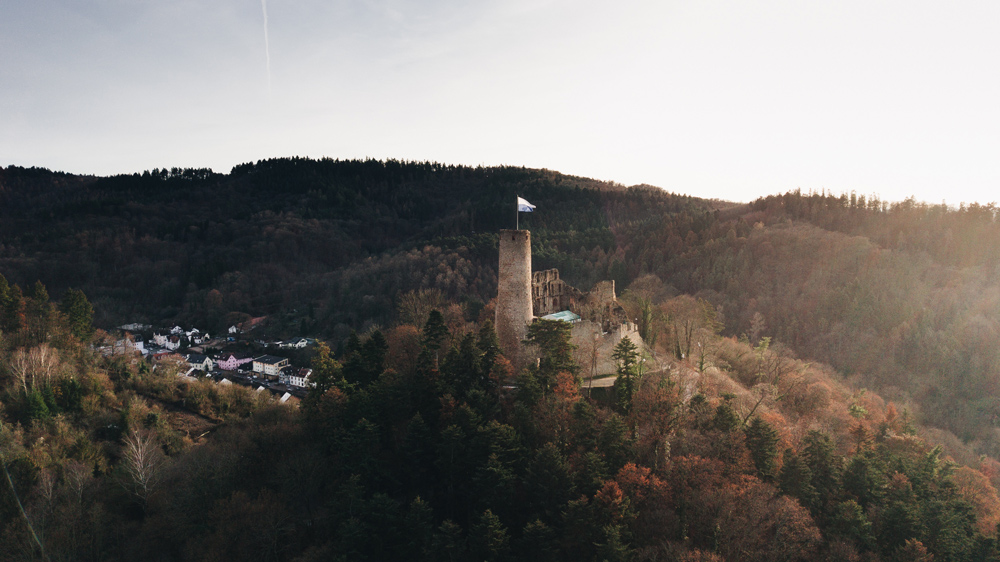 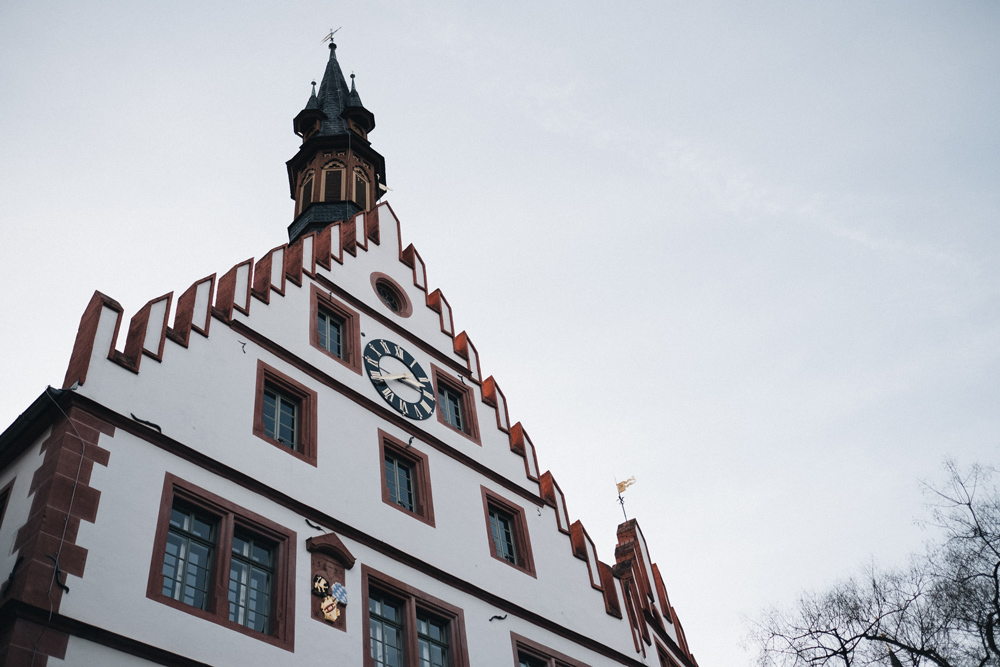 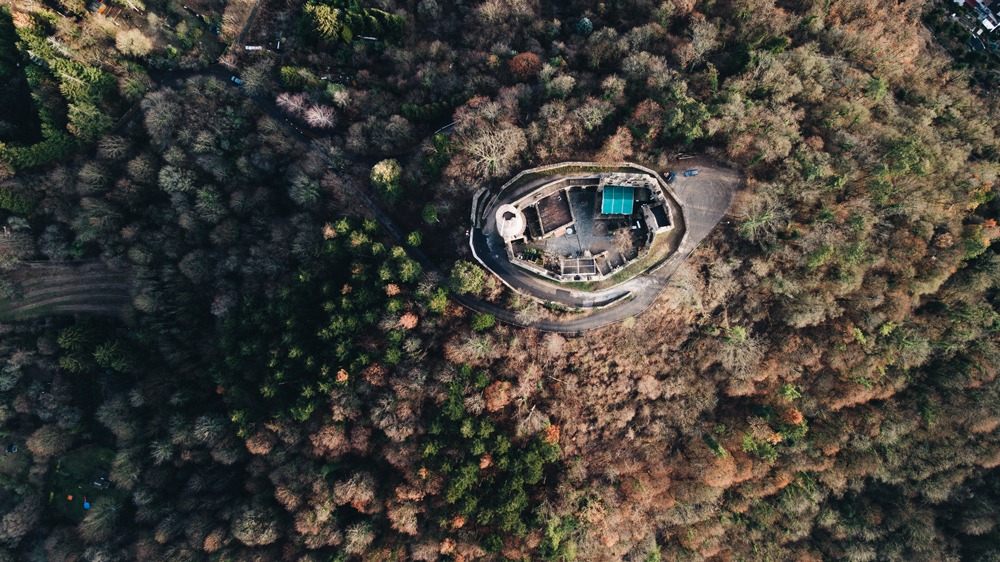 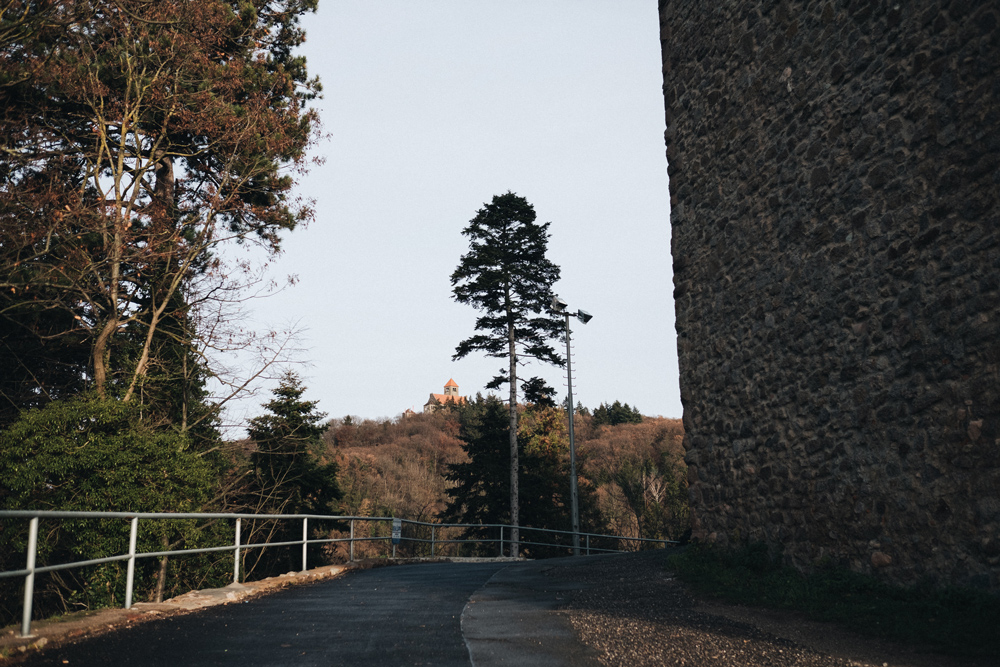 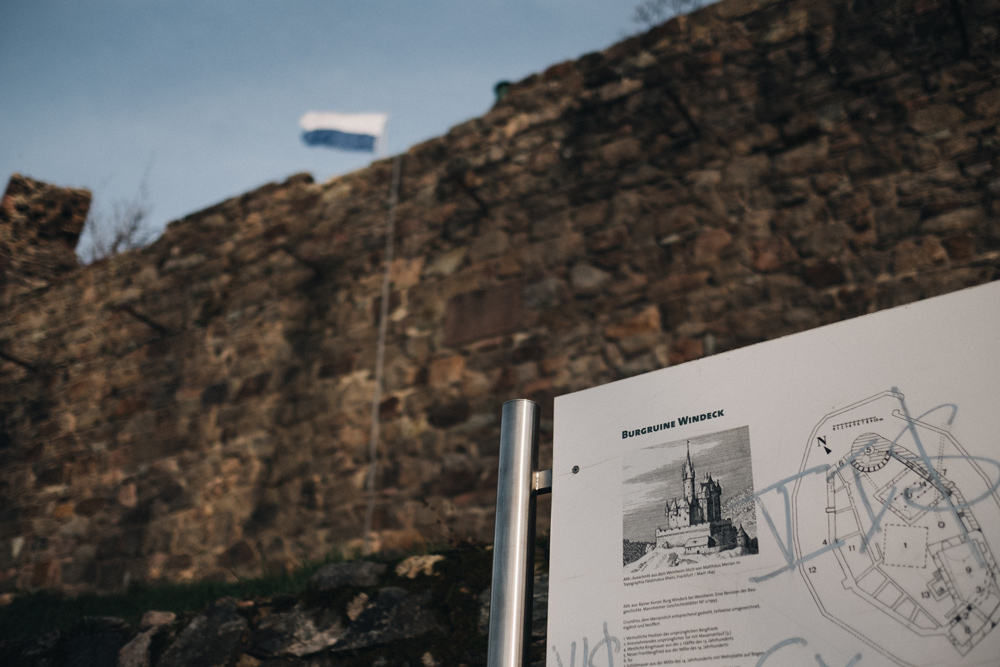 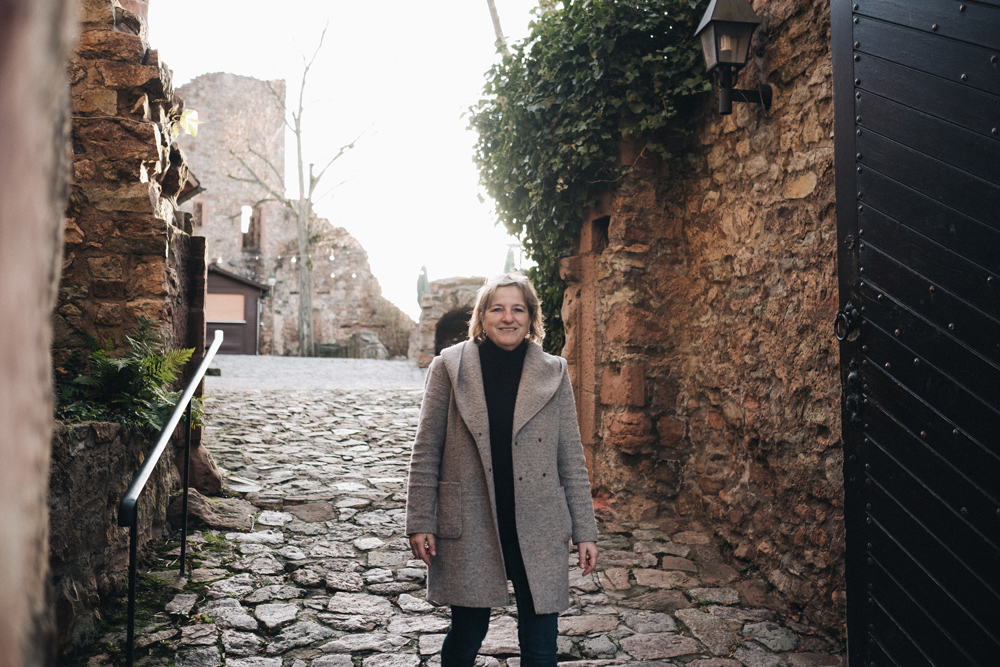 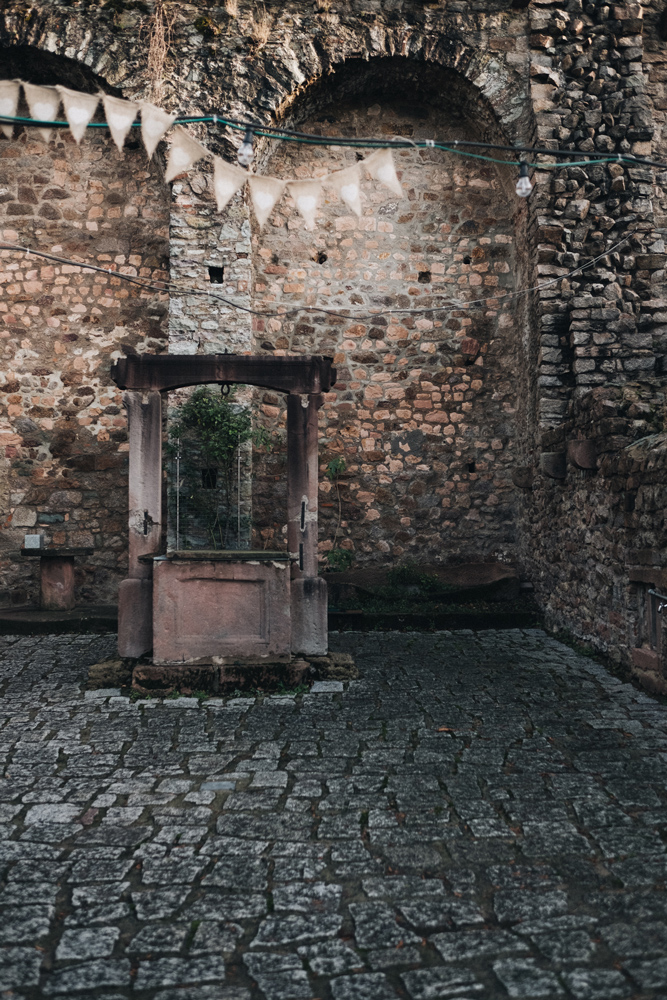 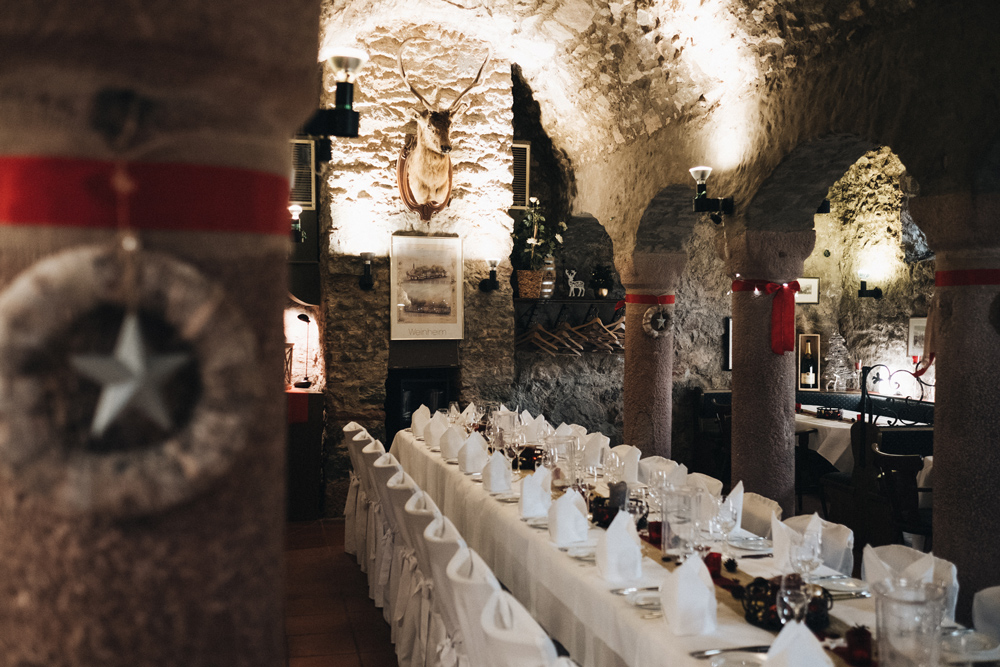 The symbol that marks the trail: a blue castle on white. You will see it every 200 meters, or so, placed by the Odenwaldklub (OWK). Though the Burgensteig was adapted from a trail, which has been in existence for decades, the Tourist Service Bergstaße and the OWK have rebuilt large parts of it several years ago, and are keen to point out that it has now become a much more challenging climb. To achieve this the initiators made parts of the trail, which were overgrown with scrub, accessible again, and also integrated smaller paths and steeper hikes. All in all the trail involves 3650 meters of climb, and is not accessible with a stroller of by wheelchair.

“The castles are perfect places to revive old times”.

The German Ramblers’ Association have certified the trail in accordance with their strict quality criteria, Maria Zimmermann explains. An essential precondition for this is a high proportion of natural trails. Four certified trails of this kind can be found in the region, and the Burgensteig unites them all: the Nibelungensteig, which leads from Zwingenberg to Freudenberg. The Alemannenweg, a round course through the Forest of Odes and the Hessian Bergstrasse, which begins and ends at the Erbach Castle. And finally the the Neckarsteig, which leads from Heidelberg to Bad Wimpfen, in the district Heilbronn.

The Tourist Service has created nine halfday-tours along the Burgensteig, which include return public transport. The shortest of the tours is 12 kilometers, the longest 15 kilometers, and they lead, for example, to the hunting lodge Bickenbach, the ruins of Mauersechseck by Dossenheim, or to the Auerbach Castle, which was seen as impenetrable for centuries – until the French ravaged it together with Windeck. Weinheim is the place of destination of the fifth, and the departure point for the sixth tour.

This offers a good opportunity to take a look at this small town, with its just 44,000 residents, that lies 25 minutes from the route by foot, in the valley. Maria Zimmermann will rave about the town square, with its historical buildings, and the castle, that nowadays houses the cities administrative offices. Or the old Hermannshof, which is over 200 years old. This show garden inhabits over 2000 kinds of shrubs. Weinheim is a luscious town, thanks in part also to the castle park and the exotic forest. Also well worth a look, are the Gerberbach quarter, with its narrow, winding streets, and the old half-timbered houses, by the creek. This is where, from the 16th to the 19th century, the tanners would make leather from the raw hides of cows, calves and steers, as well as the less esteemed tanners, which took care of the stags, roes, goats, lambs and sheep.

Today the view is magnificent: behind Weinheim we see the three characteristic Mannheim Collini-Center towers, along the banks of the Neckar, as well as the telecommunications tower and the smoking chimneys of the BASF. The Palatine mountains rise in the distance, and behind us, much closer, we can see those of the Neckartal-Odenwald nature park. Down below in the town, you can hear a carillon, carried to our ears by the wind from the town square – it is the folk song “Freut euch des Lebens”, which means: rejoice in life!

The castle wasn’t large, and most of the parts that are still standing, probably come from the 14th century. The porphyry walls are broken off in different heights. This kind of rock was mined all around the city. Hardly anything indicates the ways of life the people had here in the past. There is the fountain in the yard, as well as the hole in the keep, which leads 11 meters down to the dungeon.

Maria Zimmermann loves showing her native country to hikers, who she endearingly calls “lovable people”. The castles are perfect places to revive old times. It’s about nature, culture and being active, while experiencing historical settings. This Fall will see a first castle festival, which is intended to further promote the hiking trail. It will take place September 22nd, at the Frankenstein Castle, near Darmstadt-Eberstadt. There are also circular hike, that combine the Burgensteig and the Blütenweg, which lies below. This hike leads through forests, meadows and vineyards, past quarries, and through front gardens and parks.

“Having three castles here is really a great selling point for us!” says Maria Zimmermann, who was born in Bensheim. She “saw some of the world”, she says, but was “always glad to come back home!” After an education in business, she studied economic translation and was in charge of town twinning in Bensheim. This led to her interest in tourism-related matters, and she transferred to Weinheim in 2001. Today she still officially lives in Bensheim, but feels more at home in Weinheim. After a short pause, she calls this whole concept of hers “lived Bergstraße”, seeing herself as a resident of Bensheim, Weinheim and Europe … all in one person. She just returned from Weinheims French twinning partner Cavaillon, in Provence, where she presented Weinheim, with regional specialties and mulled wine, on the Christmas market. Maria Zimmermann already has her mind on warmer seasons, when remembering a famous quote by Emperor Joseph II. When travelling through the region he reportedly stated, that “this is where Germany becomes Italy!” 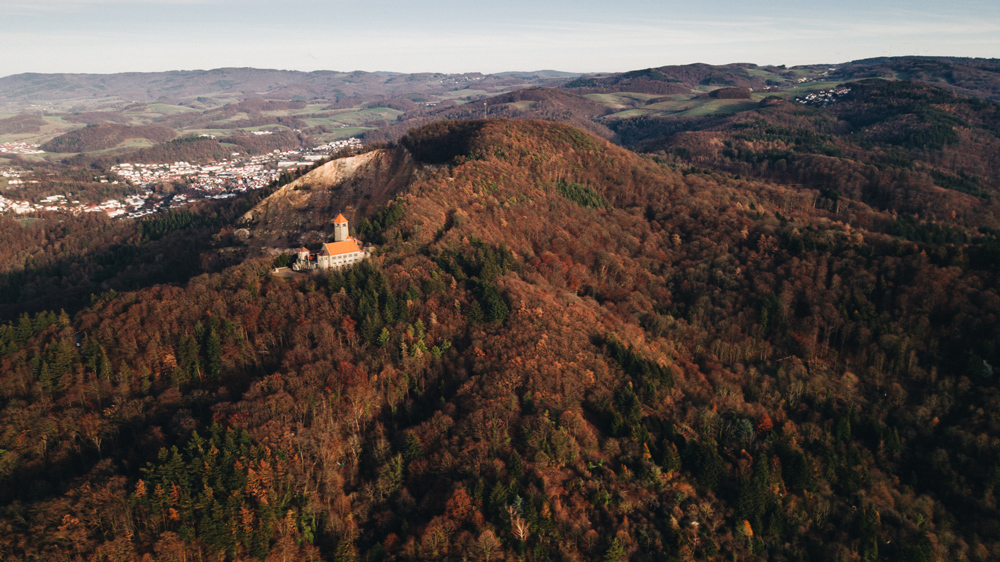 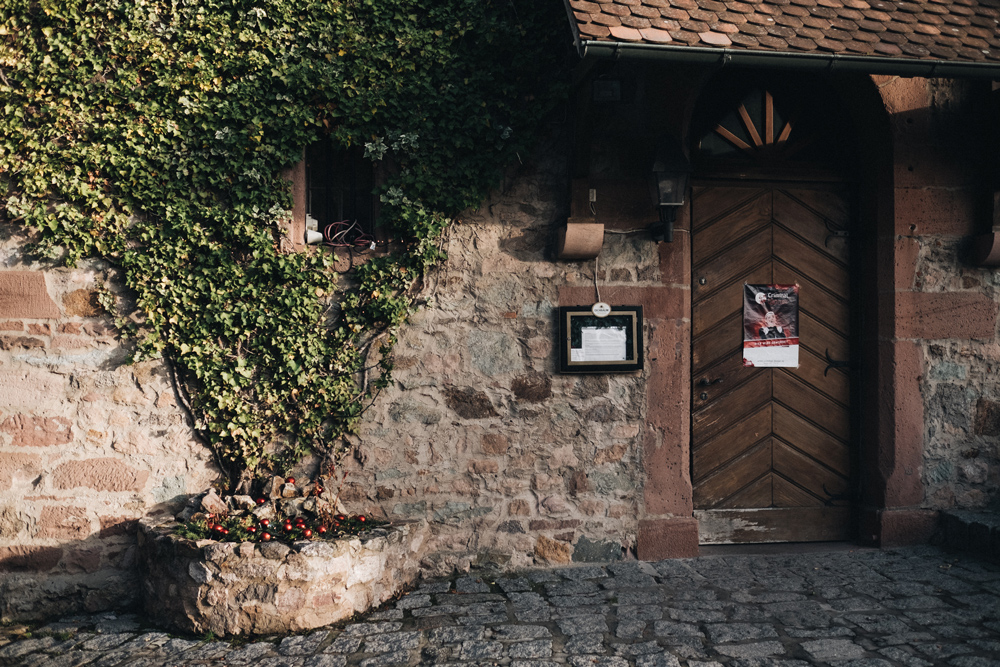 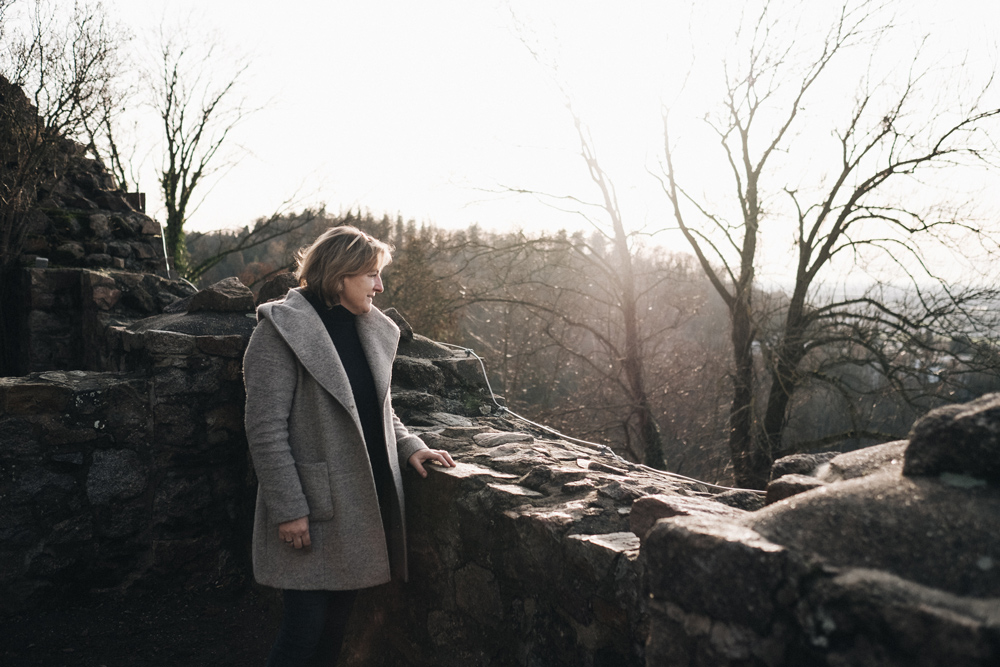 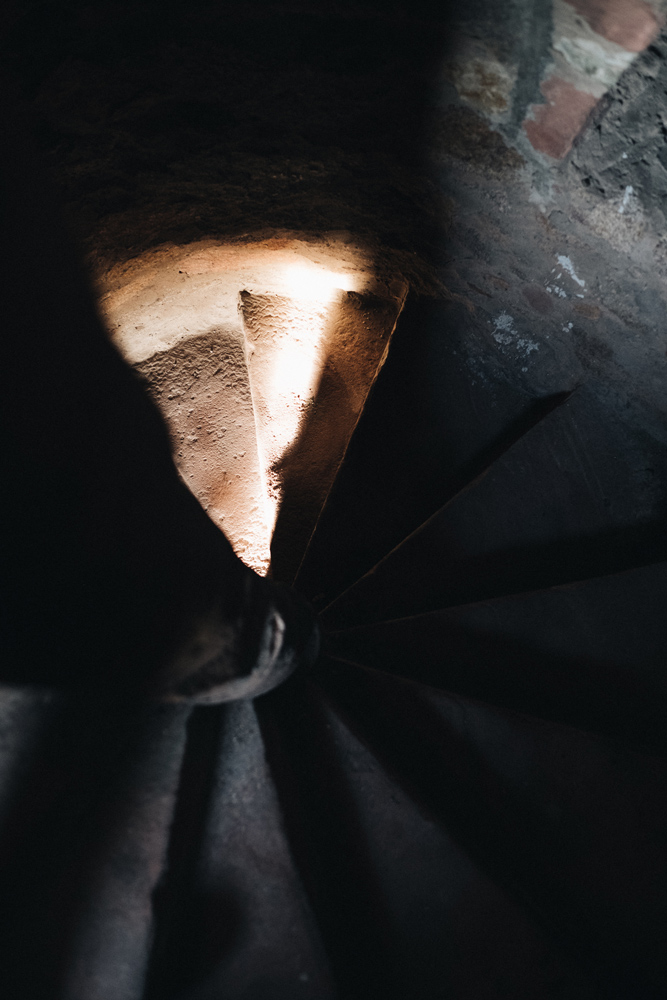 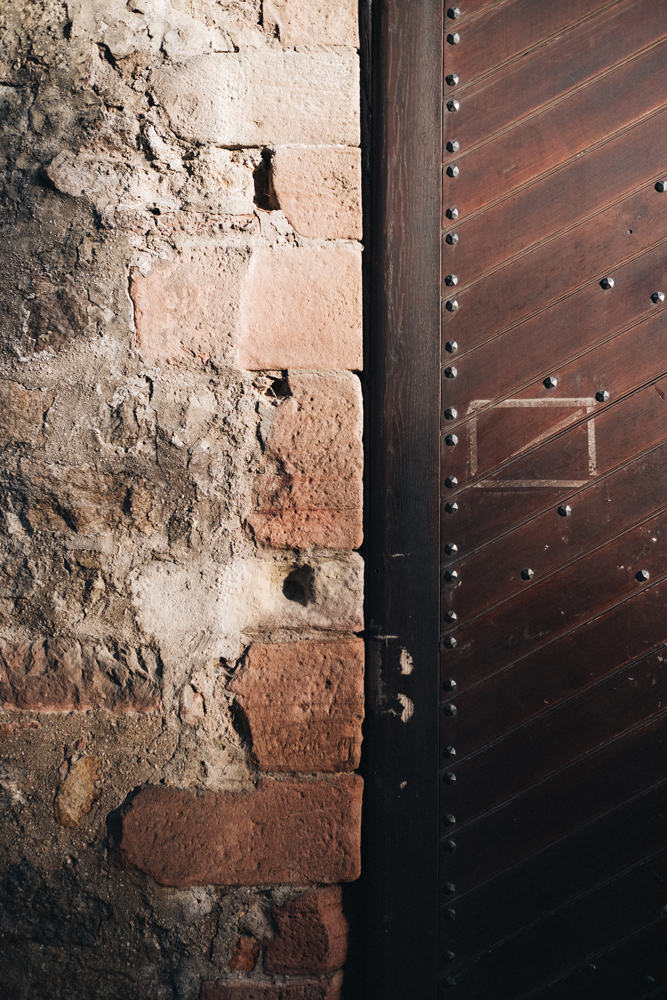 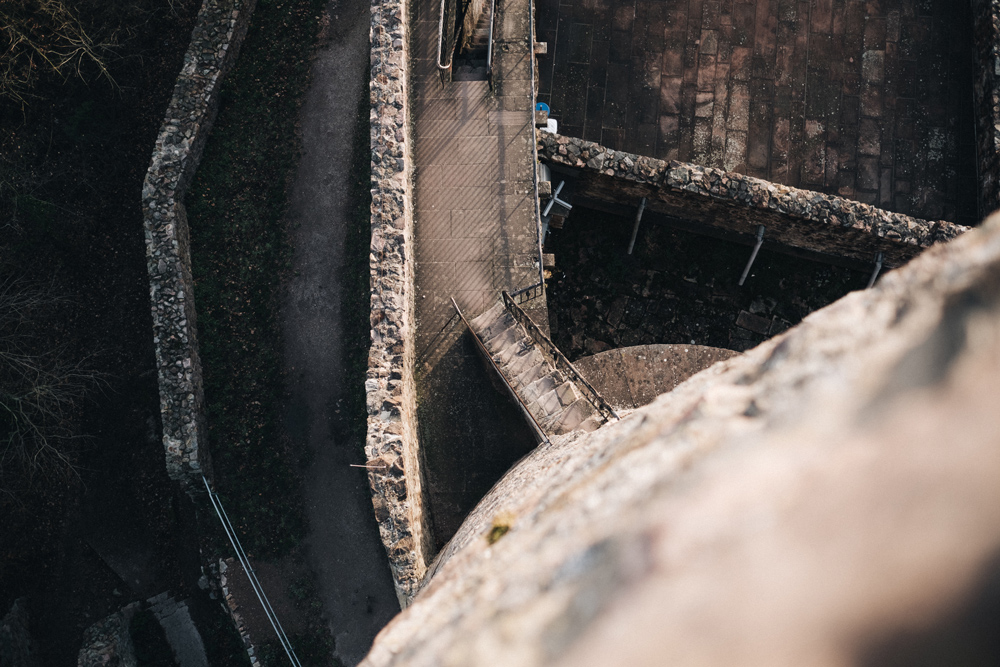 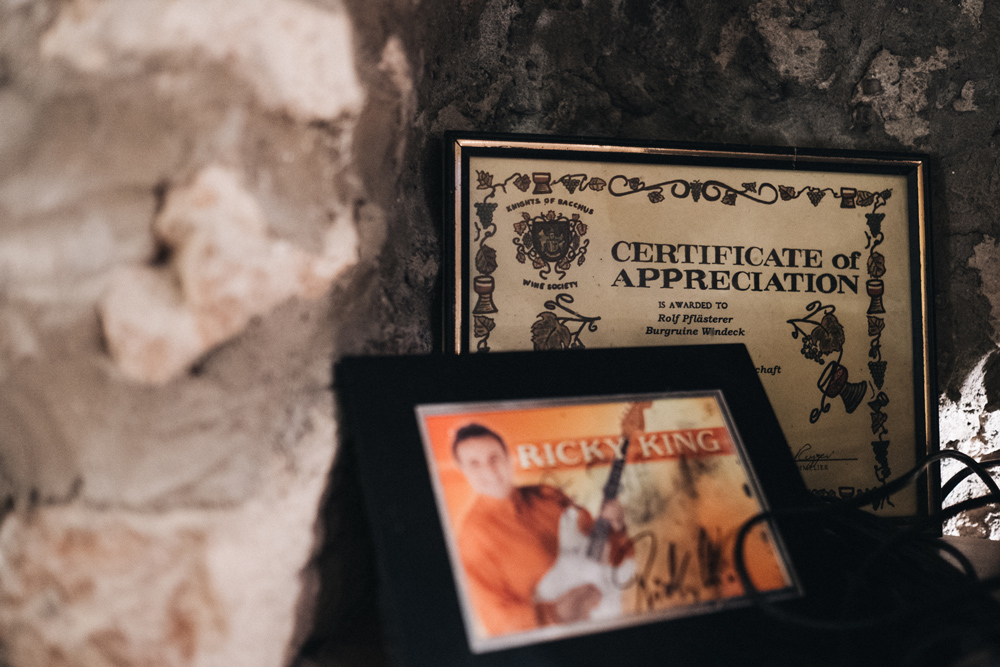