Where the streets have no names

In the east of Mannheim you can find a very special place. More than 40 houses spread over several streets. Bungalows, modern wooden blockhouses, elegant city villas. No-one lives here – but more than 100,000 people come and go each year. A visit to the model town where the streets have no names.

In house no. 7 the morning begins like almost everywhere: in slow motion. The aroma of freshly brewed espresso wafts in through the designer kitchen. Two ducks quack on the terrace, the sun comes blazing in through the wide open front door. A middle-aged couple enters the house hesitatingly. Their eyes scrutinisingly directed at the floor tiles, at fittings, at windows. It is getting busy now in the neighbouring houses, too – that is to say, in the round about 40 prototype houses of the “Deutscher Fertighaus Center” (German prefabricated houses center) – but life somehow has a different feel here.

“The rush will increase until noon,” Gerhard Froböse says. “And at the weekends, it is really crowded here.” He should know, since he is the building consultant and thus spends a lot of time in sample house no. 7. The building is modern and it is, of course, also tastefully furnished. This is a good place to work. And live.

Froböse advises the customers who want to buy a house from the company he works for. The 58-year-old man is one of the few people who spend a great deal of their life in the model house park at the periphery of Mannheim. Change is part of the daily routine in the quarter which is run by the MEAG, the “Mannheimer Eigenheim-Ausstellungs-Gesellschaft” (a Mannheim-based real estate exhibition company). Houses are built, modified, renovated or entirely exchanged.

“I have been working here for twelve years. And this is, after all, the third house now I receive customers in,” Froböse says smilingly. That the streets have no names, that there is no bakery and no supermarket around the corner does not bother him. Since it eventually was about showing the divers possibilities of prefabricated housing to the customers. 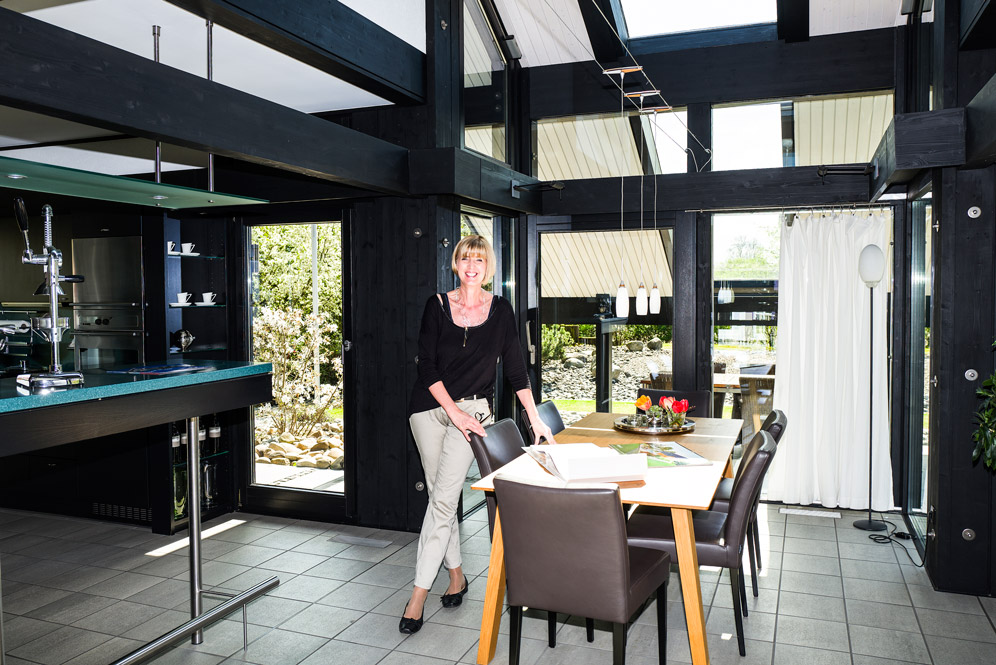 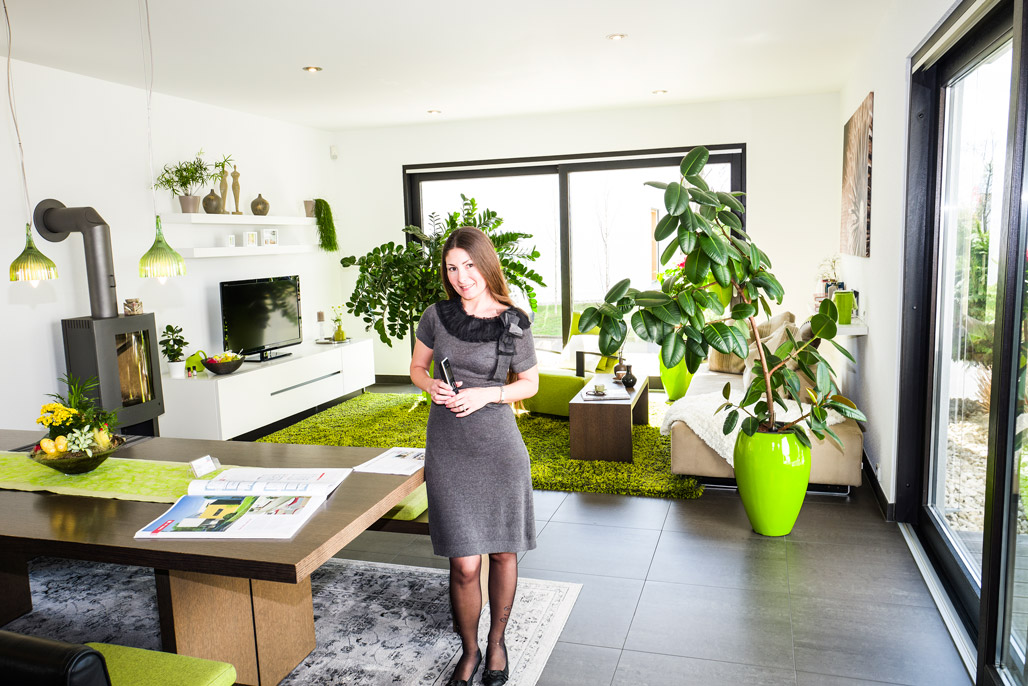 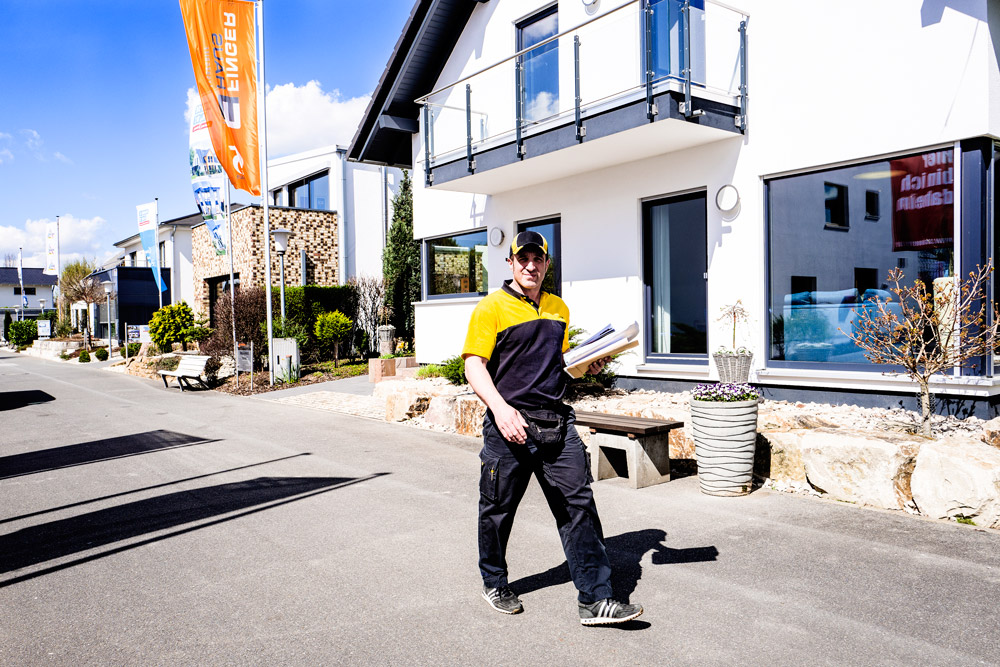 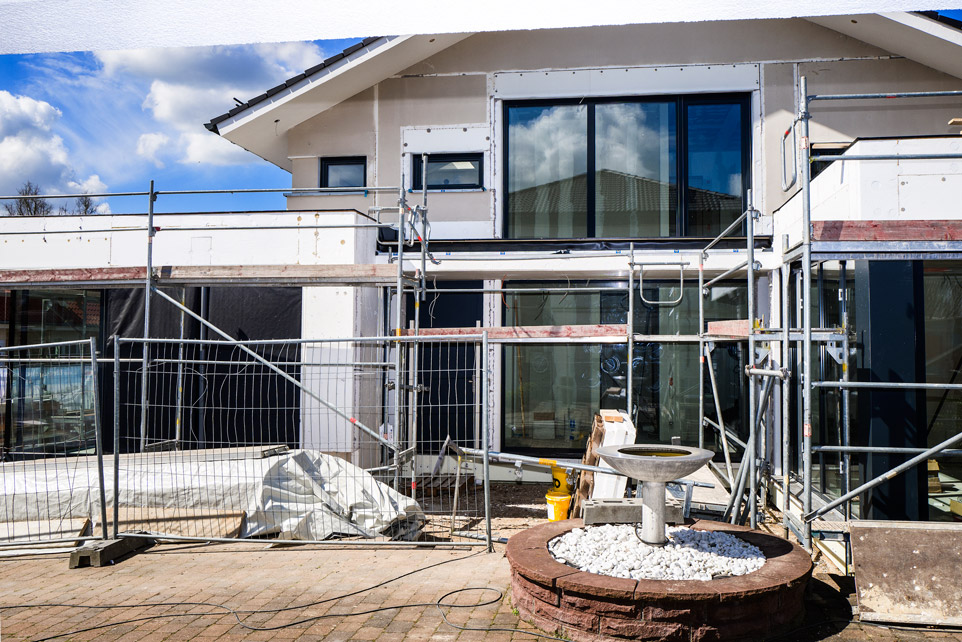 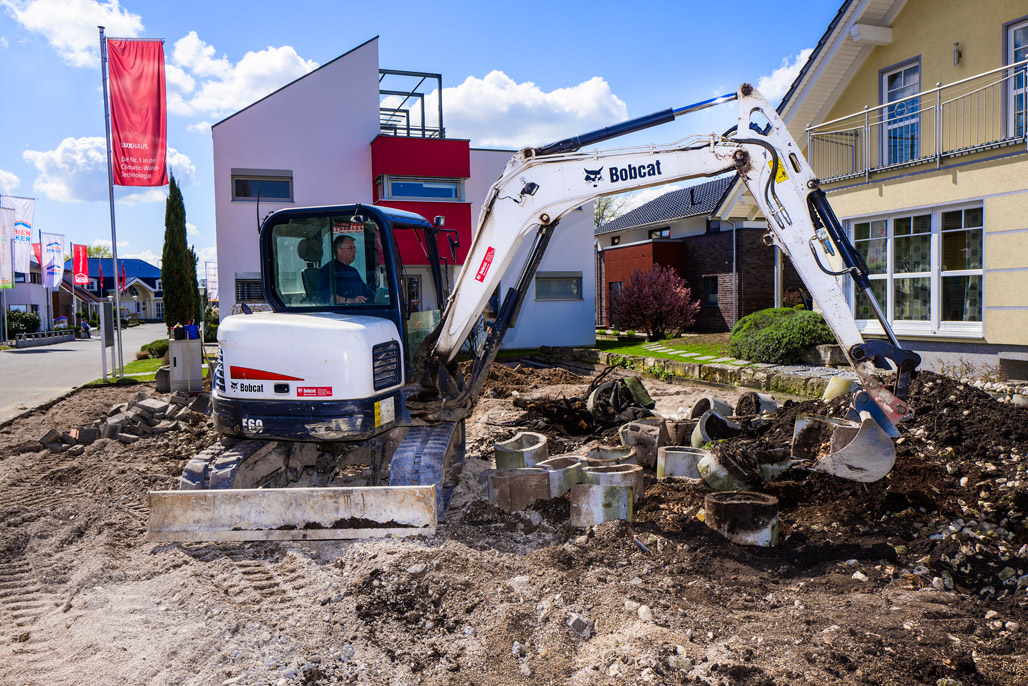 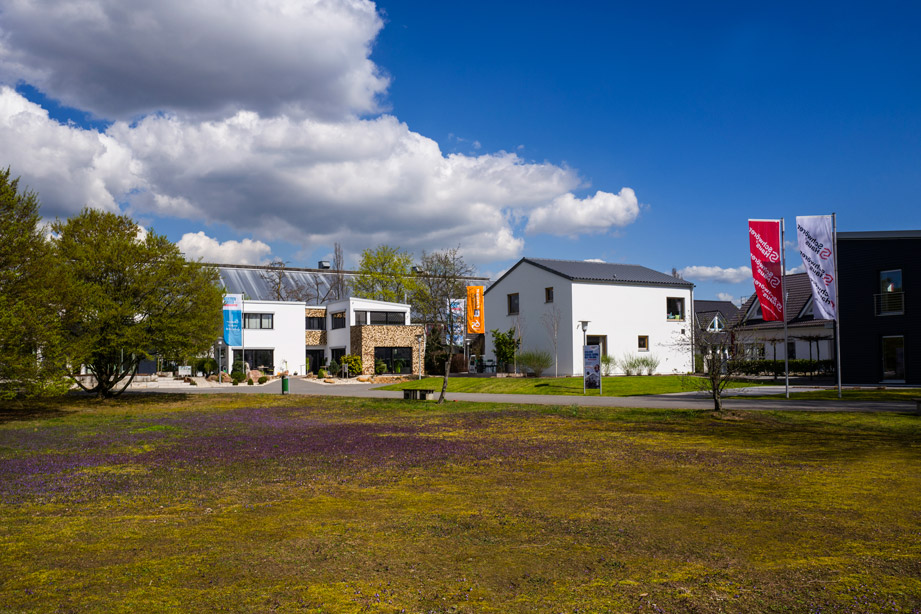 The average price of a prefabricated house without basement ranges between 230,000 and 250,000 euros. More exclusive is, of course, always possible. There are two simple family houses next to luxurious villas and glazed bungalows in the prefab residential estate. “It is of course about people’s individual needs and their financial possibilities,” Froböse says. Mainly young families and older people are interested in the houses, which are constructed quickly using the modular principle and are designed according to the customers’ wishes.

Sometimes, however, visitors enter the “accessible construction plan” for very different reasons, as Gerhard Froböse tells us. Just a few days ago, a young man after some excessive partying at the neighbouring exhibition premises stepped into the model house in the morning simply to take a rest. “He was hardly able to stand, let alone to drive. We then spontaneously prepared a bed for him in one of the self-contained flats. Around noon, he was fit again,” the construction advisor tells us.

Prefabricated houses have been on display in Mannheim as early as the 1960s. At that time, the inexpensive houses were located on the grounds of the trade fair called “Maimarkt” (meaning May market) in Mannheim at the Friedensplatz. In 1984, the buildings were moved to the site next to the current Maimarkt grounds in Neuostheim.

Anyway, the “Maimarkt”. This regional fair plays a crucial role with regard to the success of the residential estate of model houses.

During the Maimarkt period, thousands of visitors come streaming into the residential estate every day, Stefany Goschmann, the managing director of the Mannheim-based exhibition company, reports. The fact that the assemblage of about 40 houses actually cannot be thought of as a ghost town with creaking doors through which the wind comes blowing is also strikingly proven by the figures regularly published by the BDF, the “Bundesverband Deutscher Fertigbau” (an association of manufacturers of prefabricated buildings). Within a year, more than 100,000 visitors come into the show houses fabricated by about 30 different producers on the grounds of the Fertighaus Center. According to the BDF, the estate thus belongs to the frontrunners among the comparable exhibitions in Germany. The major part of the customers travels a distance of about 100 kilometers.

Stefany Goschmann’s father, Kurt Langer, had organised the Maimarkt since 1962 – together with his business partner Fritz Glunk – on behalf of the city of Mannheim. And it was him, too, who conceptionalised, developed and established the Fertighaus Center in Mannheim decades ago. And this also explains the passion with which the current managing director Goschmann talks about her father’s idea. An idea showing its effect right up until and surely also beyond the present day, as the committed lady from the Electoral Palatinate region proudly stresses. Since topics like barrier-free living, energy efficiency or calculable fixed prices are becoming more and more important, it is not surprising that the market share of prefabricated houses in Germany has amounted to 13 percent by now.

Now and again the history of the Mannheim-based center was characterised by extraordinary and exiting stories written by life itself. Once, a sensation was caused by the Jordanian minister of public housing when he after having taken a walk through the site just like that ordered numerous prefabricated housing parts and assembly units for schools, residential and public buildings worth 80 million German Marks back then. And when in 2015 the number of refugees in Germany was steadily increasing, the city of Mannheim asked the exhibitors as a precaution if a fast and short-termed accommodation of the people was possible.

But the surreal appearing estate also plays a special role beyond political topics. “We live in a huge office village here, so to speak. And especially during the Maimarkt visitors are at first quite surprised to find entirely furnished houses with a vibrant office life,” one of the building consultants says. It is indeed not so unusual for families to spend quite some time with their children in one of the sample houses and actually feel so much at home there that they almost do not want to leave anymore. It all happened here, at this place where streets have no names.