Music’s in the air in Mannheim Palace! In the hall for courtly music, the heyday of the court orchestra of Prince-elector Charles Theodore comes to life again, presenting history and stories about music. Curator Dr Uta Coburger designed the room—following the path of pieces of music throughout Europe.

Even when there is silence, the Trabantensaal hall of Mannheim Palace is splendid: an oval space composed of elegant white wooden chairs and a pastel-coloured stucco ceiling, two large grandfather clocks and a chandelier floating in the middle, which generously pours its light across the entire room. Uta Coburger approaches one of the chairs and plugs a loudspeaker into the console. Just a moment later, music fills the hall: the G minor symphony by Anton Fils. It is a piece from the Mannheimer Schule period that you could have probably heard here some 300 years ago, played by a large orchestra with numerous string players that produced a great richness of tone.

The music changes this room, making it even larger, more splendid, more radiant. Now the orchestra plays more quietly, more gently—only to start swelling to full volume again in the next moment. “The famous ‘Mannheim roller’”, Uta explains. “It was a typical stylistic element used by the Mannheimer Schule. What a prolonged crescendo! Impressive, isn’t it?”

Music has been given its own room in Mannheim Palace since March 2021. Prior to that, the celebrated court orchestra didn’t appear much in the permanent display. Like the splendid period of Palatinate prince-electors in general, “although it was a period of major importance for the Mannheim Palace in Europe,” Uta says. She has been curator for the State’s Palaces and Gardens in Baden-Württemberg since 2017. She is in charge of the Palaces in Mannheim and Heidelberg and she is very familiar with the history of these monuments. In 1720, Prince-elector Charles Philipp laid the foundation stone for the baroque Palace that was to become one of the largest palaces in Europe. His successor Charles Theodore extended the building even further. The music enthusiast also promoted the arts, founded the Mannheim Academy of Sciences and turned the Palace as well as the summer residence in Schwetzingen into a European cultural hub attracting numerous artists, philosophers and musicians. 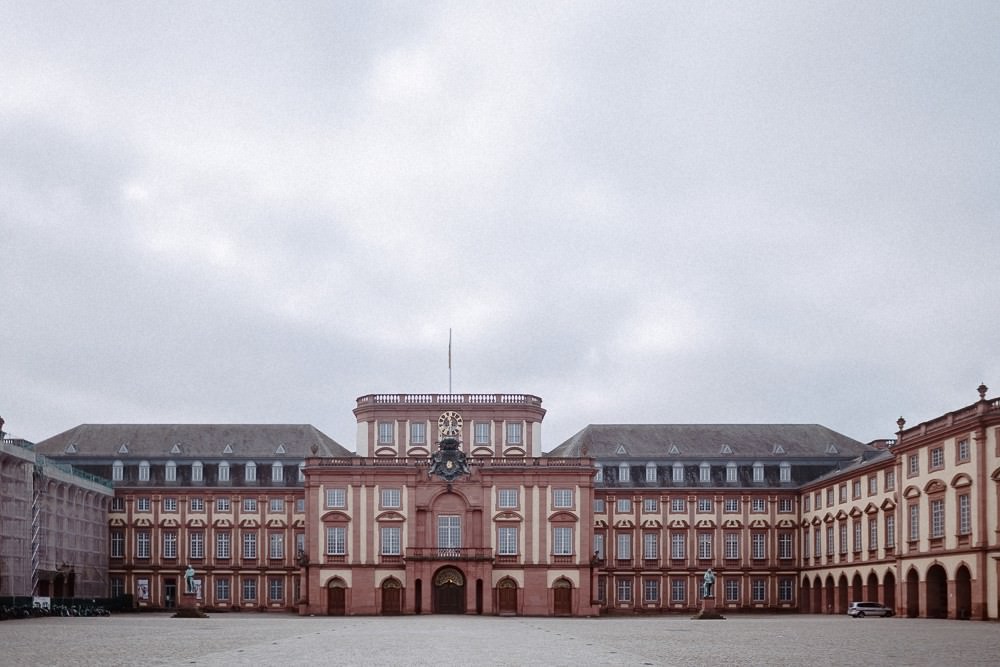 The heyday of Mannheim Palace was in the 18th century. 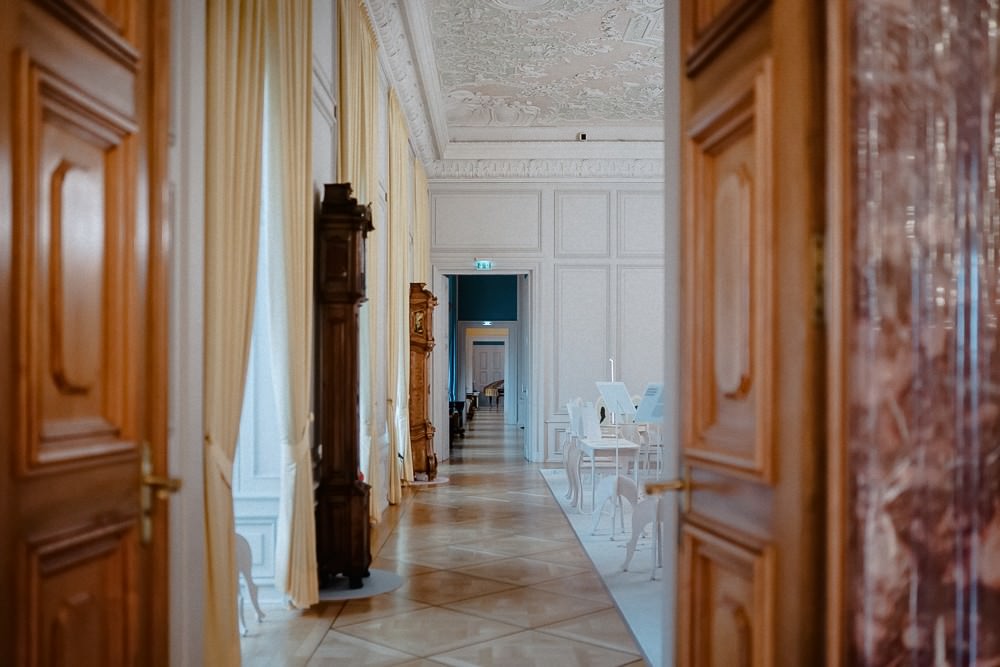 But hardly anything from this period has been preserved. 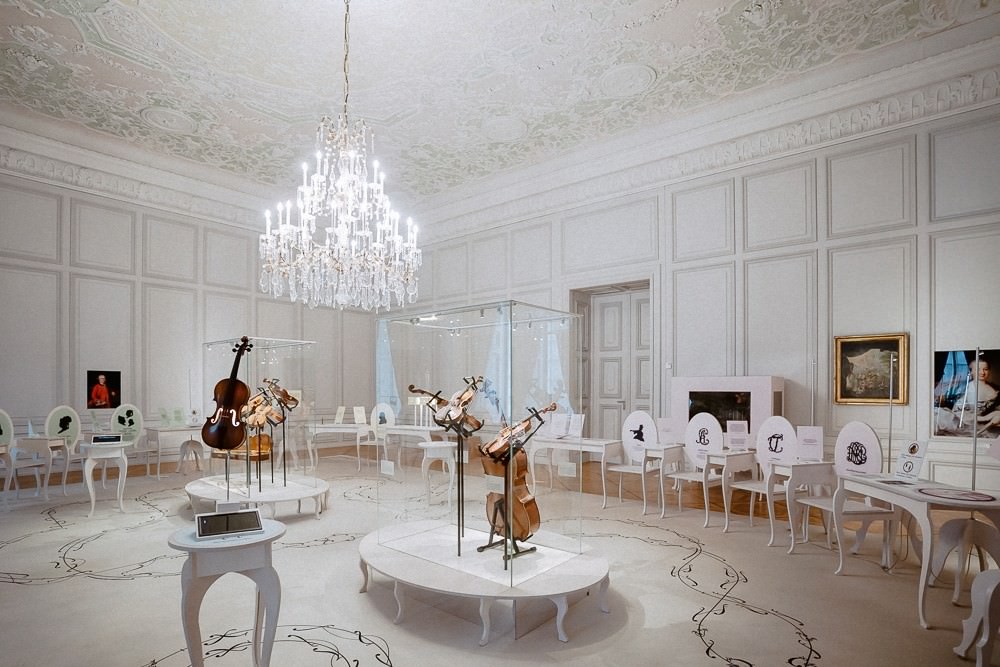 In the hall for courtly music, the heyday of the court orchestra of Prince-elector Charles Theodore comes to life again... 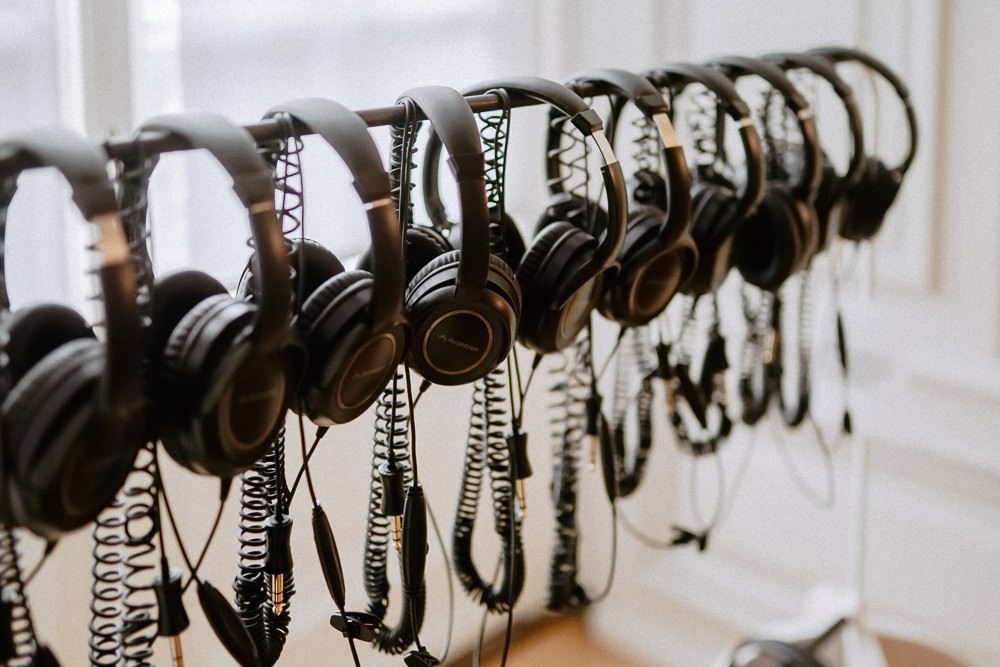 ...presenting history and stories about music. 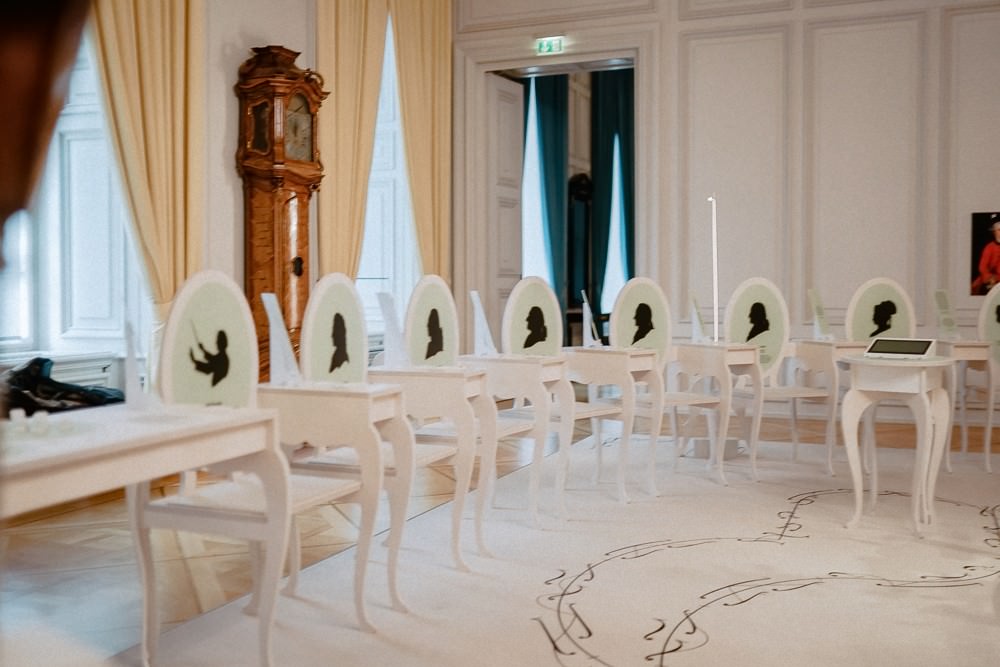 Sit down, relax and enjoy the music! 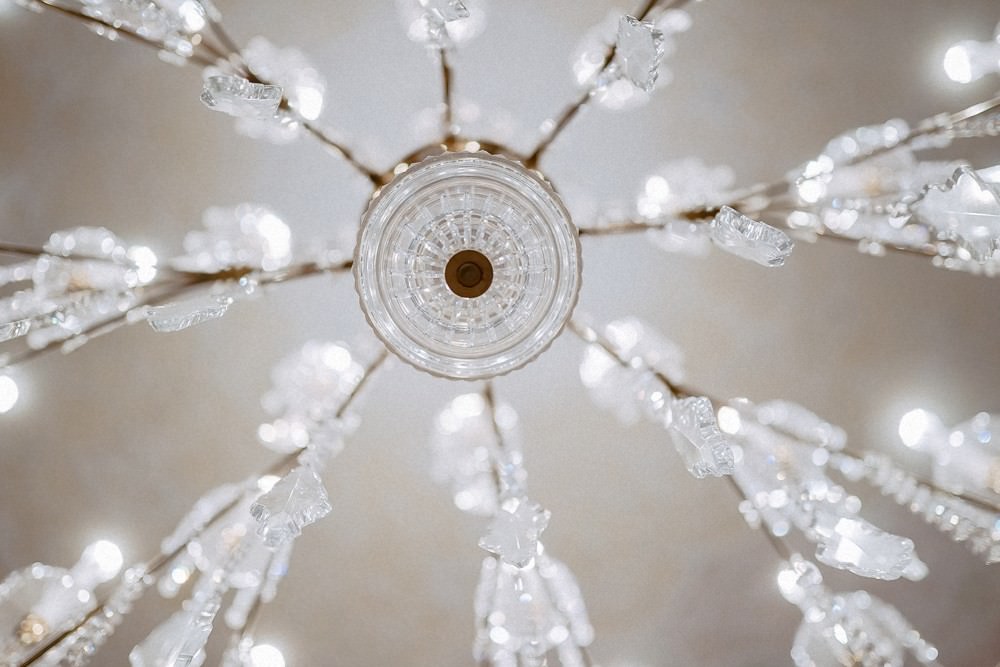 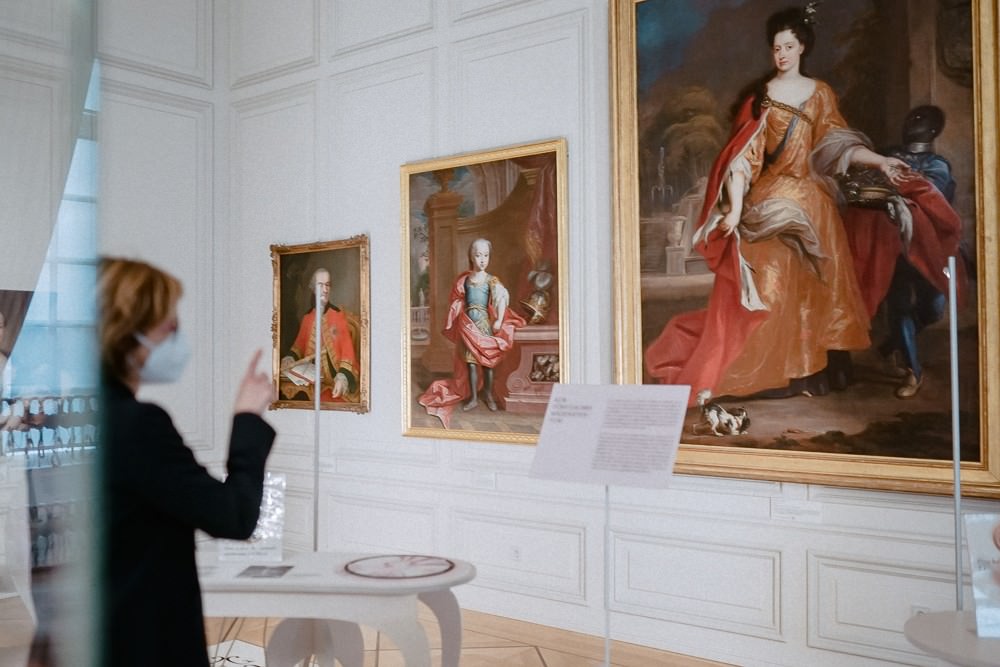 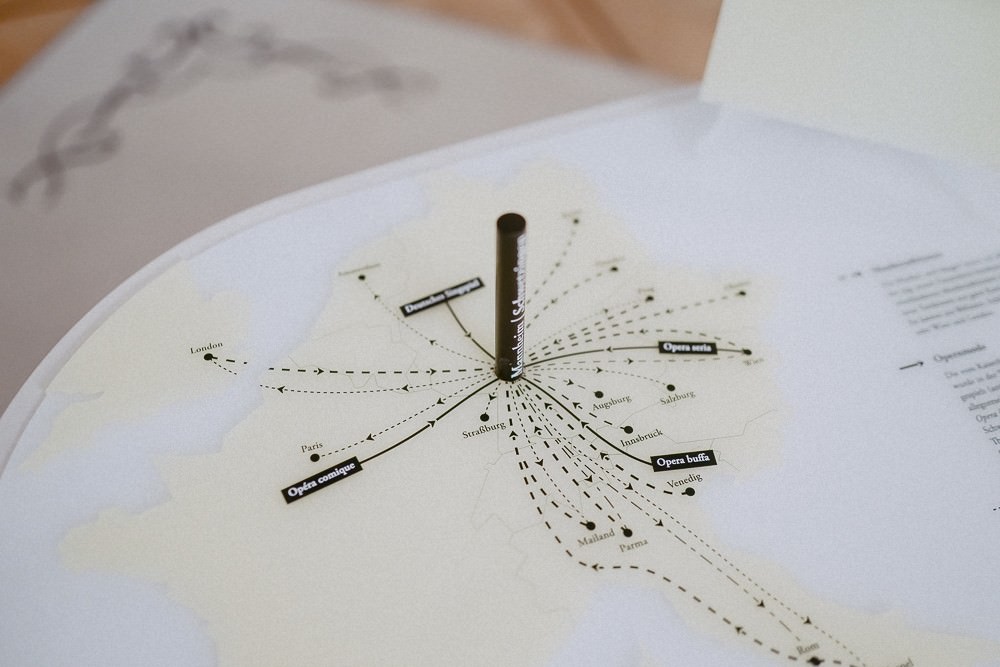 The court orchestra in Mannheim was one of the largest, best and most innovative ones in Europe.

“Unfortunately, this period is difficult to picture,” Uta explains, “because hardly anything from the 18th century has been preserved.” Later periods can be reconstructed more easily. Therefore, the rooms on the main floor of the Palace are equipped with 19th century fittings. “It was one of my major tasks to bring to life the heyday of Mannheim Palace for visitors when I began working here in 2017.” For her it was a fulfilling challenge—and an ideal transition from her previous place of employment.

I wanted to create a place where you can relax

Uta is an art historian and her specialty is the Baroque period. She is really fascinated by it because of its contradictions: its sumptuousness and pomp on the one hand and its pioneering inventions on the other. “It wasn’t all just about pretty appearances,” she says. Correspondingly, ‘Just pretty appearances?’ (‘Nur schöner Schein?’) is the title of the exhibition she curated for the Reiss-Engelhorn-Museen (rem) museums in 2016. She was contracted by rem for nine years, the exhibition on Baroque being her last project assignment. “The curator job at the Palace was available exactly at that time. I wanted to stay around here and so I applied for it straight away. I was so happy that I was engaged”—and that she could keep working in the realm of the Baroque period.

But how do you convey a period without having period equipment to exhibit? “Luckily, I met Matthias Kohl. He is a master violinmaker from Heidelberg. He told me he had original instruments from the Baroque era.” Uta was thrilled. She knew straight away she would make these pieces the core of her exhibition. “I created the concept around the instruments.” She was supported by Dr Bärbel Pelker, who had done extensive research on the court music of the Electoral Palatinate period at the Heidelberger Akademie.

Uta didn’t want to design a typical museum room. “I definitely wanted to create a place where you can sit down and relax for once,” she says. The Space4 agency from Stuttgart implemented her concept in the Palace room. Each of the chairs is a different music station. “If you have little time, you can just walk through the room and read the texts on the music sheets,” Uta explain. “If you have more time, you can grab headphones and learn something about a particular topic or person and their favourite music—something new on each chair.” Music expert Bärbel Pelker chose representative music for the stations and Uta went to find the recordings. “It was like a paper chase. For example, we discovered a particular recording in a music shop in Toulon—and only there. And of all things, it was this record that got lost during mailing.” It took very long to collect all music pieces and to sort out the copyright. “But it was well worth the effort.”

The carpet depicts dance notation leading visitors through the exhibition starting out with the significant sponsors: the prince-electors as well as Anna Maria Luisa de’ Medici. She was the wife of Prince-elector Johann Wilhelm, Charles Philipp’s elder brother. She laid down in her will that endowment funds be donated to the court music of the Electoral Palatinate annually. This was the beginning of a great story of success: Prince-elector Charles Theodore used the funds to create a unique system that would later become known in Europe as the Mannheimer Schule. Uta shows us the court orchestra chair. On the table next to it, a pile of stacked-up guilders explains the salary system. “The musicians and singers got paid very well,” says the art historian. Particularly keen artists doing a lot of teaching or composing could make extra money. Talented students were granted generous scholarships. This way, the court orchestra of the Electoral Palatinate became one of the largest, best and most innovative ones in Europe in just a few years. Engagements were much sought-after. So much so, that there was none available even for Wolfgang Amadeus Mozart.

“This find here was one of the most surprising discoveries I made,” Uta says approaching a screen: “Today it is natural that an orchestra uses bow strokes in a uniform manner. However, this wasn’t the case until conductor Christian Cannabich introduced it Mannheim.” Uta plays the video showing the court orchestra of the Electoral Palatinate bumpily playing a piece. “It took us a number of takes to get the scene right—the group took pains to play it so wrongly,” Uta laughs and plays the next video, on which you can see the orchestra’s bows moving in unison—and notice how they produce a fuller and more brilliant tone. “Fascinating, isn’t it?”

She loves motivating other people for topics she is enthusiastic about. This applies to the second major innovation implemented in Mannheim Palace as well—a virtual exhibit: Visitors may explore the lost state bedroom of Prince-elector Charles Philipp via video and a virtual reality headset. “We have nothing but inventory lists from this period,” Ute explains. So she and her team reconstructed the bedroom from fragmental information. This is another part she loves about her work—doing research and rooting through history, because the past always has discoveries and surprises in store. 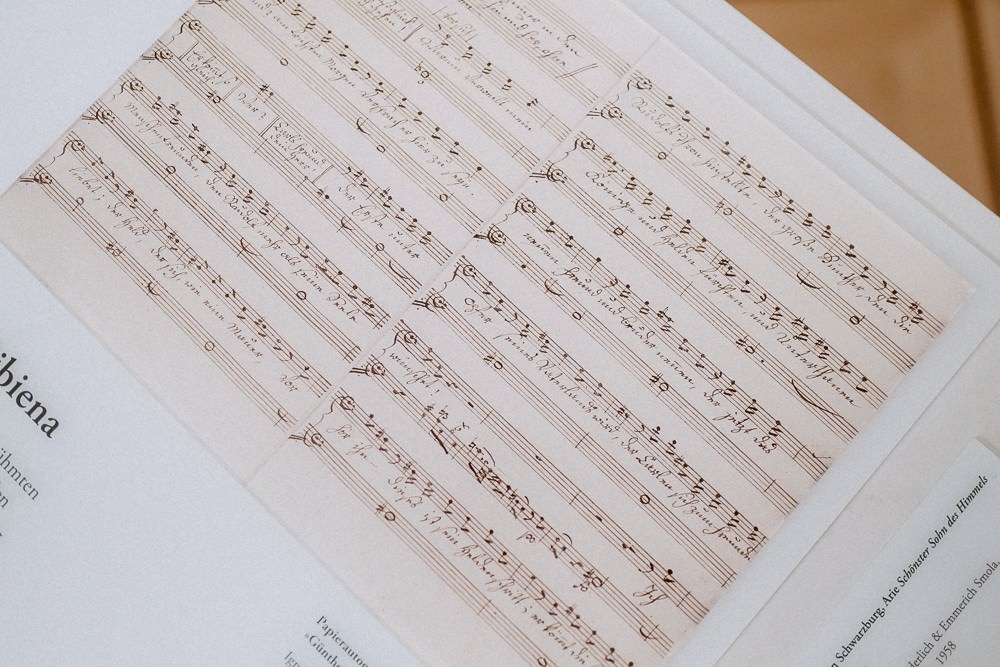 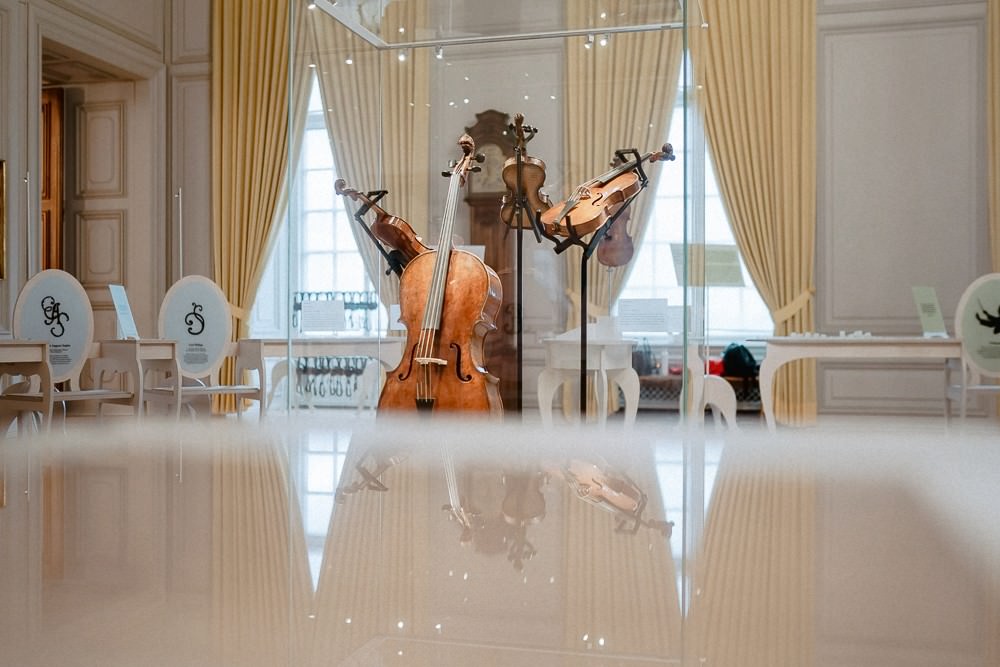 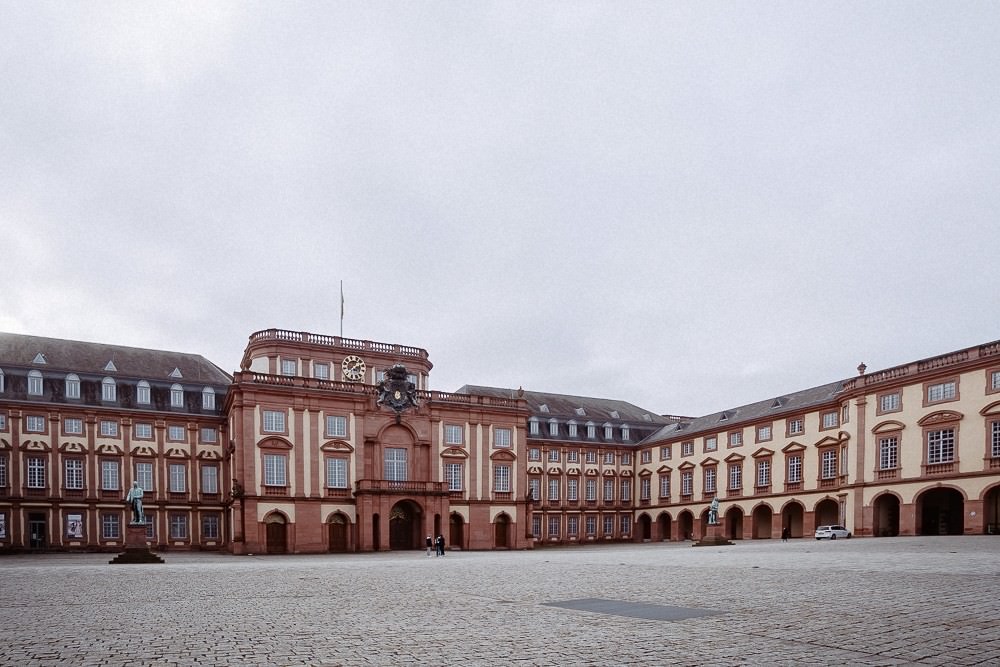 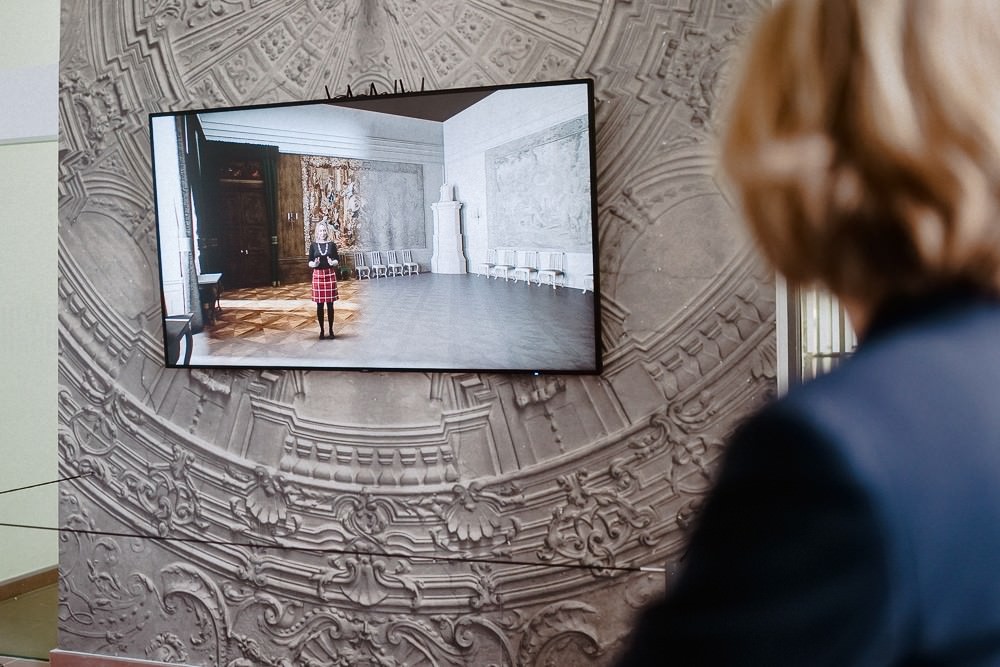 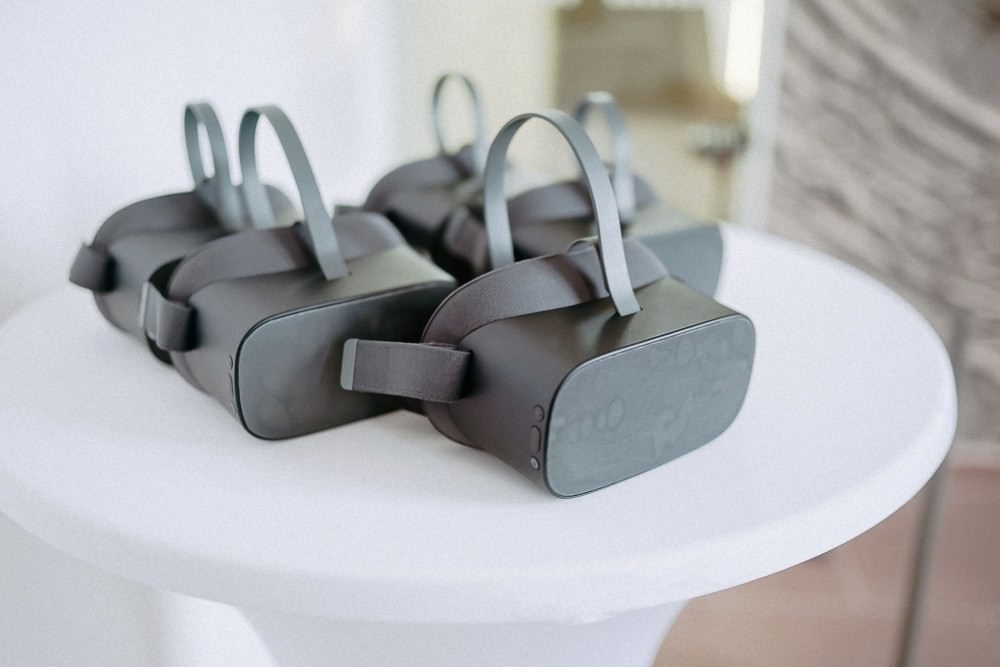 ...via video and a virtual reality headset. 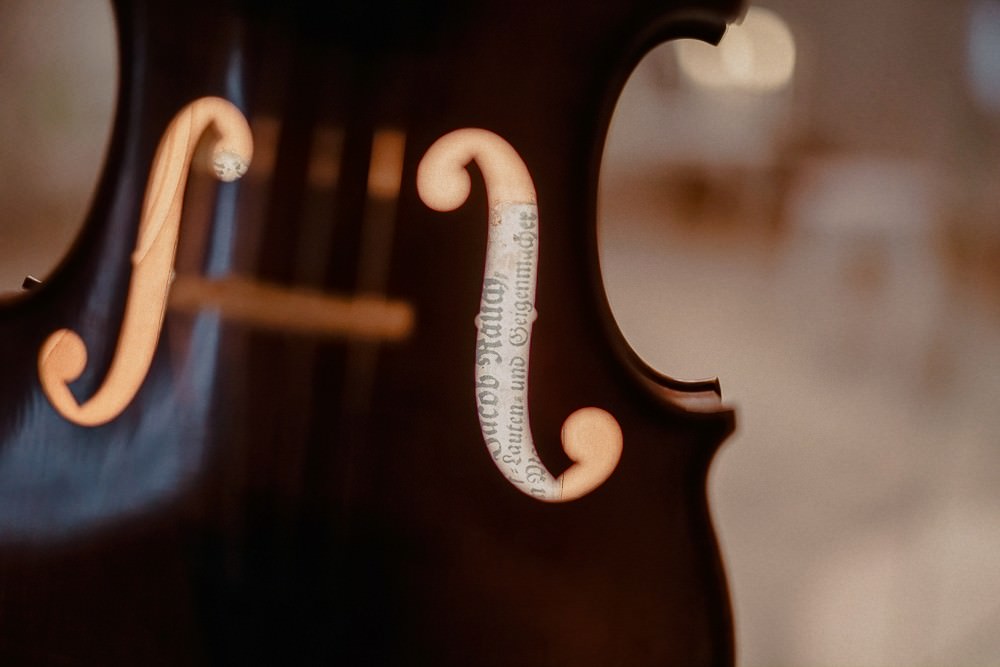 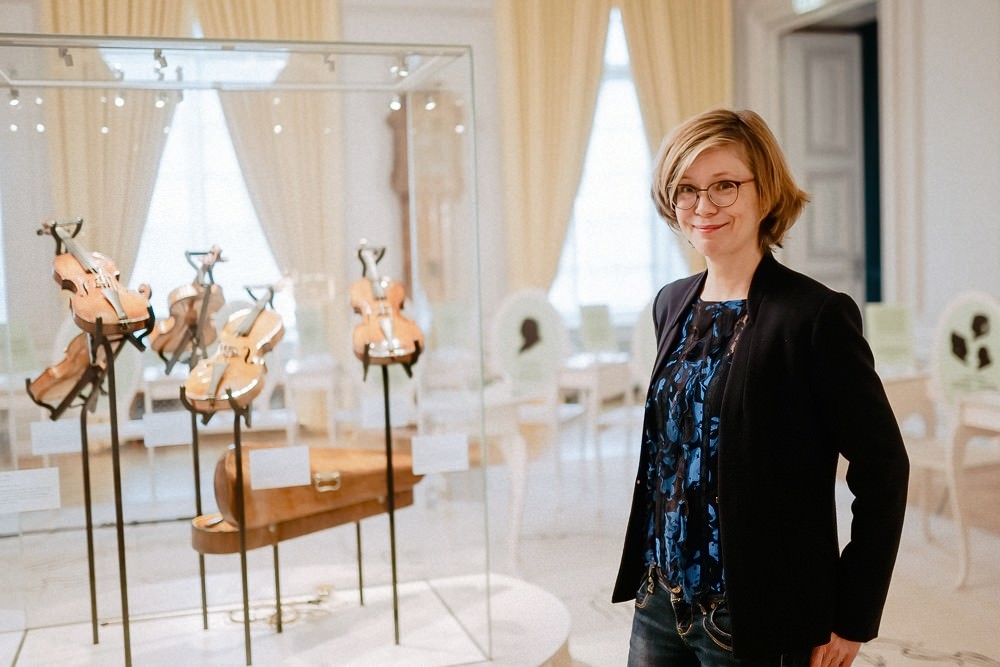 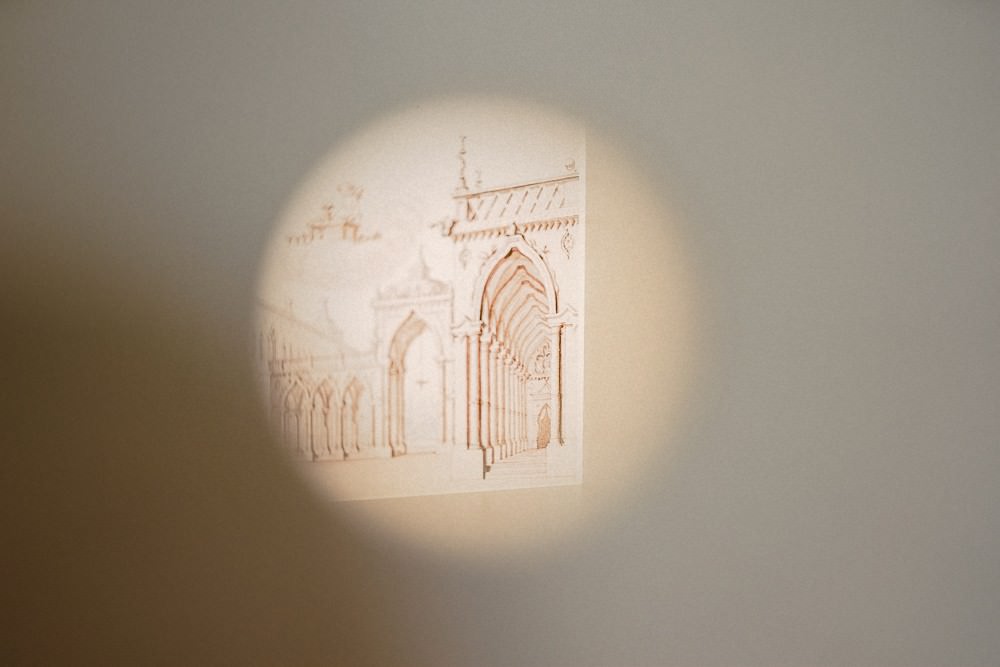