Sustainably modern: the barons of Gemmingen-Guttenberg at Guttenberg Castle in the Neckar valley.

The sea eagle spreads its wings and takes off. The spectators hold their breath as the huge animal swoops right over their heads, and for a few split seconds they can feel the stroke of its wings. The raptor now elegantly circles over Guttenberg Castle and after a spectacular dive finally alights on the arm of the falconer. Applause. The spectators are impressed – as always.

Every day from the beginning of March to the end of October and in almost all weather, the “ground crew” of the “Deutsche Greifenwarte” (German Raptor Centre) trains its eagles, vultures and eagle owls and shows their skills in flying demonstrations.

Eagle owl Tobi is one of 70 birds living at the castle.

Up here, high above the roofs of the municipality of Haßmersheim, the flying show of the majestic birds of prey is not the only attraction for visitors. The medieval castle is located exposed on a mountain spur between the valleys of the Neckar and the Mühlbach – and stands for a successful transition from tradition to modernity. No enemies have to be warded off here. It rather is about being open-minded and preserving the castle for future generations. “Sustainable development plays a key role. We want to create services that are suited to who we are”, the chatelaine Silke von Gemmingen-Guttenberg explains.

The barons now live in the Staufer castle in the 15th, 16th and 17th generation. In present times, Silke and Bernolph von Gemmingen-Guttenberg have navigated their estate into the future using modern means. The residents of the castle indeed seem quite normal, communicate digitally and gladly report about what it feels like to live as a family of six in a castle which was purchased by one of their ancestors in 1449.

Gabriele Freifrau von Gemmingen-Guttenberg, the mother of the present lord of the castle, realised quite early that the future of the castle dating back to the Staufer era would be shaped by visitors. This is evident by the fact that as early as in 1949 a castle museum was established. Today, a sophisticated pedagogical concept offers an insightful glimpse into castle life in the past. Each room is dedicated to one era and one castle inhabitant of that time – making the exhibition between the massive shield wall and the castle keep a vivid demonstration of what “living in a knight’s castle” was like. That this concept of the museum works is demonstrated by the approximately 30,000 visitors each year. 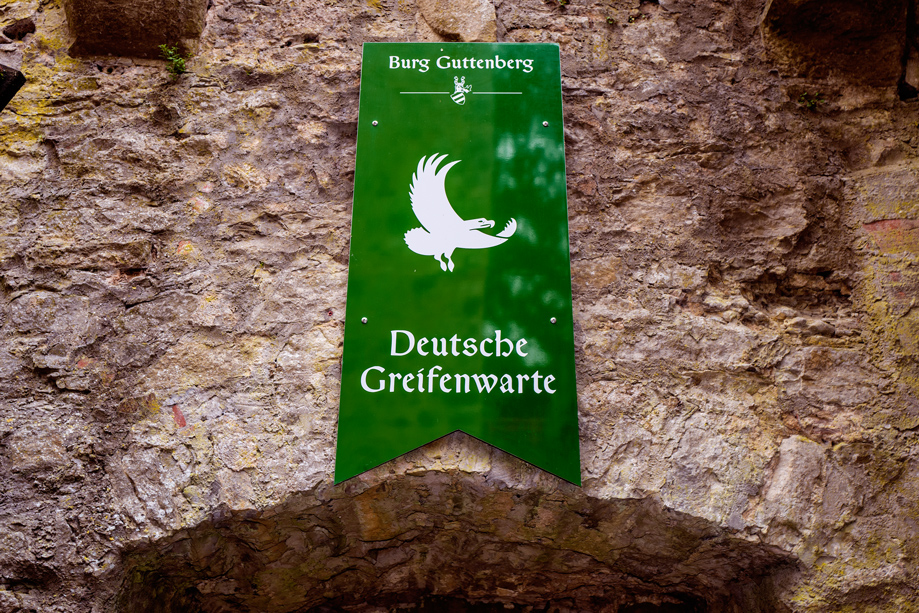 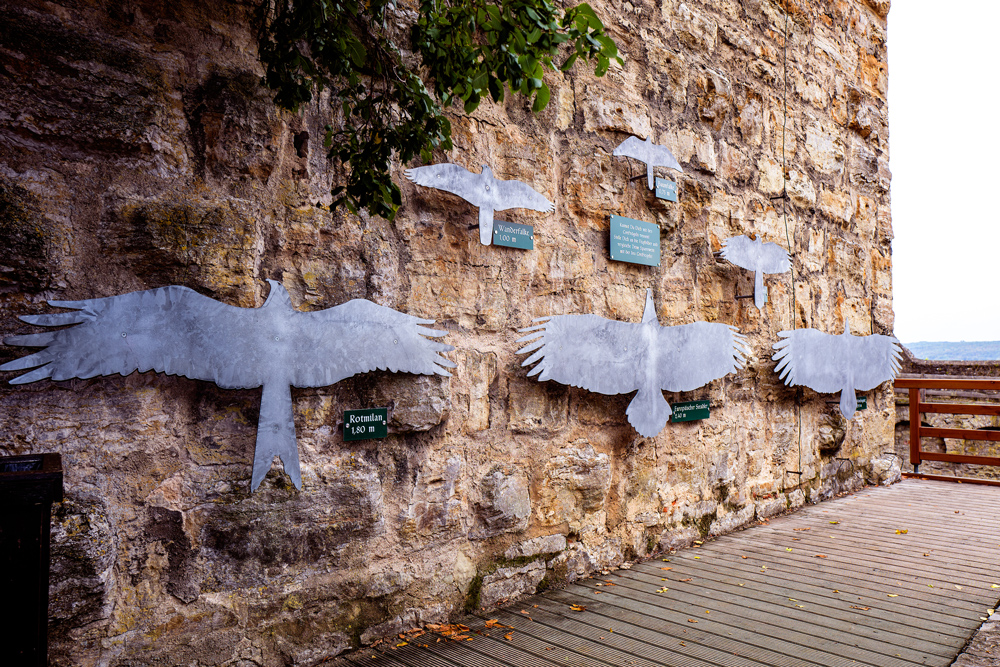 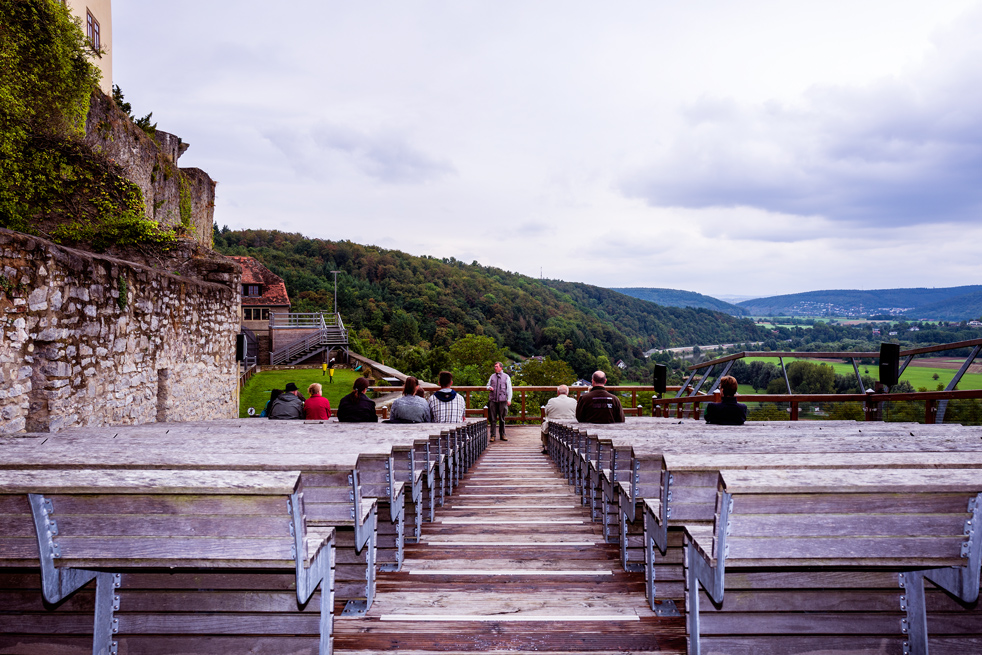 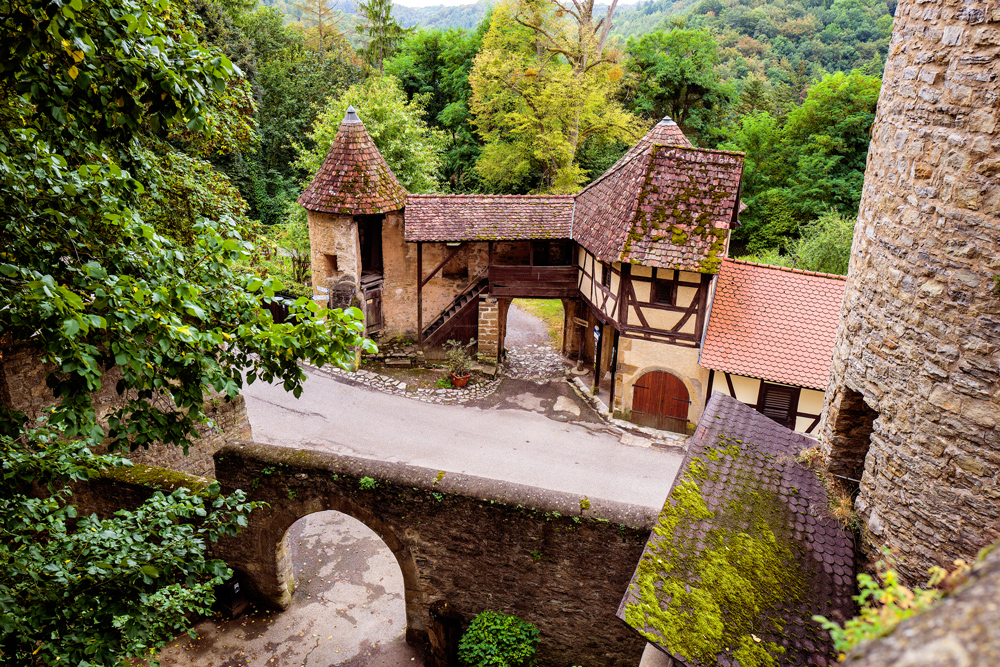 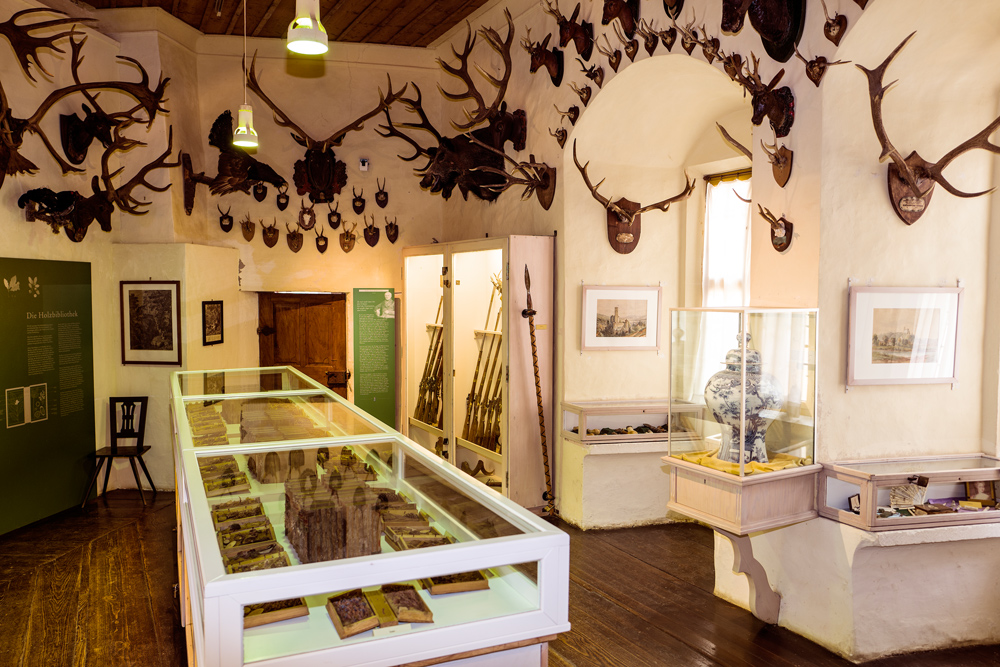 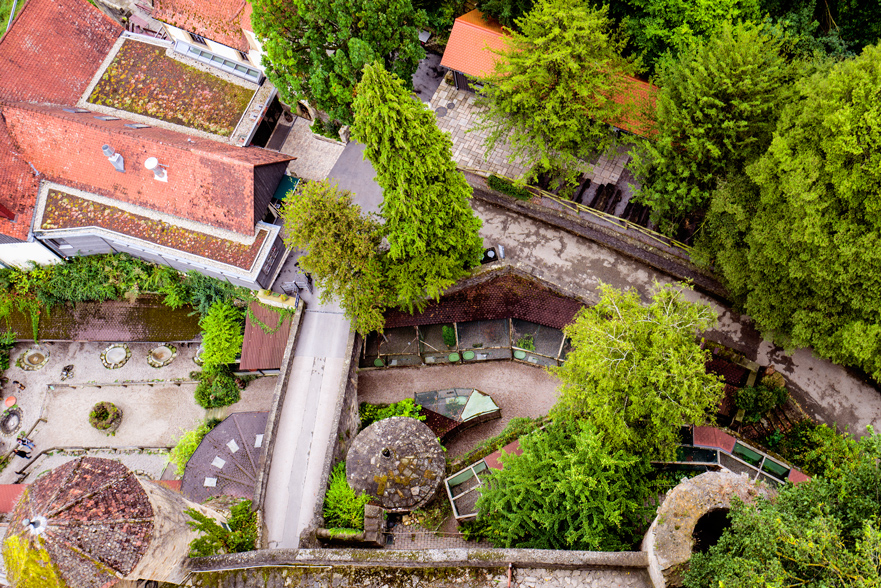 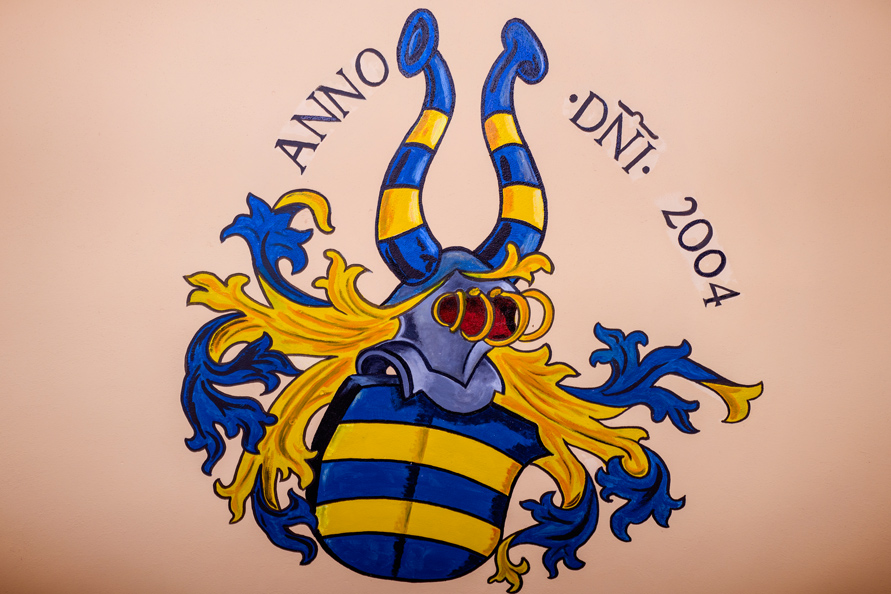 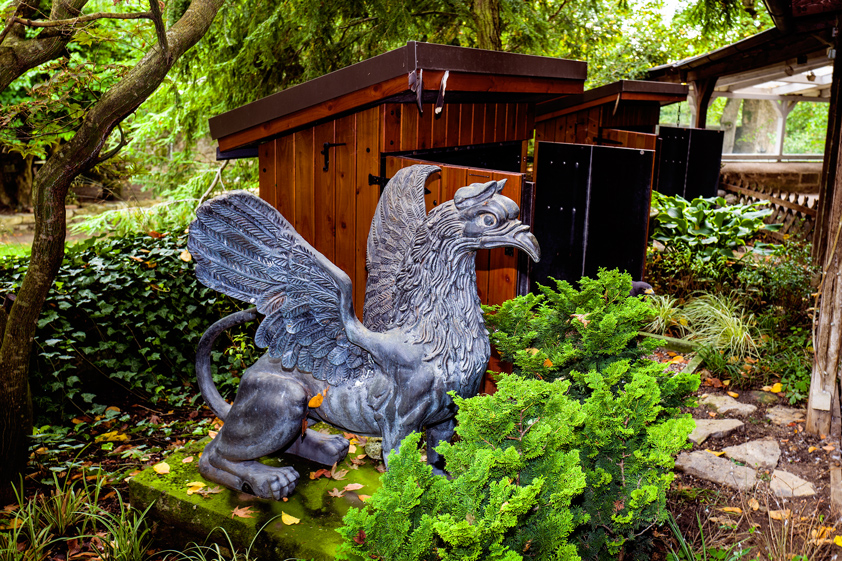 The family’s feeling of being especially obliged to its home and its region might be a result of the fact that they have been living in the “good old castle” for generations – as Silke von Gemmingen-Guttenberg says with a wink. Anyway, the castle inhabitants don’t leave the tiniest bit of doubt that to live elsewhere for them would be out of the question.

“It just fit – right from the beginning.”

“We appreciate the people and the lovely landscape here,” Bernolph von Gemmingen-Guttenberg says enthusiastically. Most notably the mixture of romantic nature and convenient infrastructure, of joy of life and art of living was so special, he continues.  “People here are friendly and at the same time very open-minded. I like that a lot,” Silke von Gemmingen-Guttenberg adds who had a middle-class upbringing and originally comes from Bielefeld, an industrial city in North-Rhine Westphalia. No, it had not been difficult for her in her new homeland, the Rhine-Neckar Metropolitan Region: “It just fit – right from the beginning.”

It just fit, too, for some renowned personalities like the poet Wilhelm Hauff who got his inspiration for his novella “The Emperor’s Picture” here in the 19th century. These days, it is suited to visitors coming from Germany or abroad, for whom the formerly secluded castle was opened up to become a public place. Haßmersheim on the Neckar, which was characterised for the most part by shipping traffic and threatened by flooding, together with the castle forms an interplay of romantic charm cherished by tourists as well as by pupils on school excursions. Events like the knight’s meals on New Year’s Eve or medieval wedding celebrations in the castle restaurant befit the romantic castle. And, of course, you can also marry and celebrate in style at Guttenberg Castle.

Entrance to the discovery tour of the past: the castle museum.

The attraction of the castle museum though is a special treat for connoisseurs: a wood library – stored airtight behind UV protective glazing. The famous Guttenberg xylotheque, as the technical term goes, dates back to the botanist and forestry scientist Carl von Hinterlang, who collected “wooden data carriers” in about 1790. Every single one of the 93 volumes at a first glance has the appearance of a book. The wooden boxes indeed look like books and can be opened respectively; instead of pages the observer perceives roots, little twigs, leafs or pinecones of divers trees; the spines of the books consist of bark. The German forest in 93 volumes on a book shelf – this is odd and fascinating at the same time, even in 2016. In the 18th century, as the concept of nature had just been defined anew, this was motivated by a serious scientific claim: during the era of Enlightenment, animals and plants were systematically explored and documented for the first time. And in this time, when many forests fell victim to deforestation, a xylotheque was a modern medium of communication to counteract forest destruction.

The “Deutsche Greifenwarte” is yet another indicator of the balance between tradition and modernity. Since 1970, it performs scientific tasks and grants 60,000 visitors per year fascinating insights into the lives of eagles, falcons, eagle owls and vultures.

The 53-year-old lord of the castle, Bernolph von Gemmingen-Guttenberg, is in charge of the ongoing extension of the range of services on offer. “More and more people become interested in the world of raptors. We want to live up to this,” the man, who has known how to work with animals since early childhood, explains. By now, even companies and managers book the offered trainings. Sustainability is one of the focal points since besides tourism the wood industry is an important business segment of Guttenberg Castle as a company. The owners of the castle have been cultivating a forest the size of 400 hectares for generations.

The golden eagle may not be missing on any flight show.

“If our ancestors hadn’t planted certain trees, the forest would look different today,” the lord of the castle points out. The fact that economic management characterised by sustainability pays off, is even plausible to managers who are usually more interested in the quarterly results. “Very lively events” is what the baron calls the seminars where executives watch a buzzard hunting, plant trees or build deer-stands.

Such events open up new perspectives for pupils on school trips from cities like Mannheim or Heidelberg, too. “These children and youngsters experience a raptor close up. They can hold it and stroke its feathers,” Bernolph von Gemmingen-Guttenberg says and adds smiling: “You see, castle life is no gaming console.” 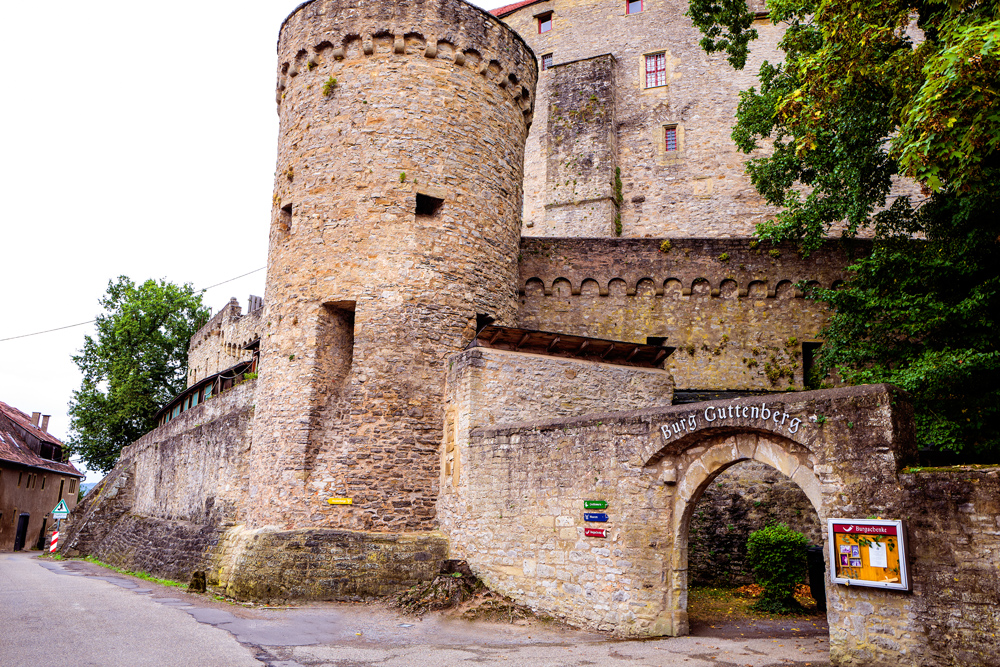 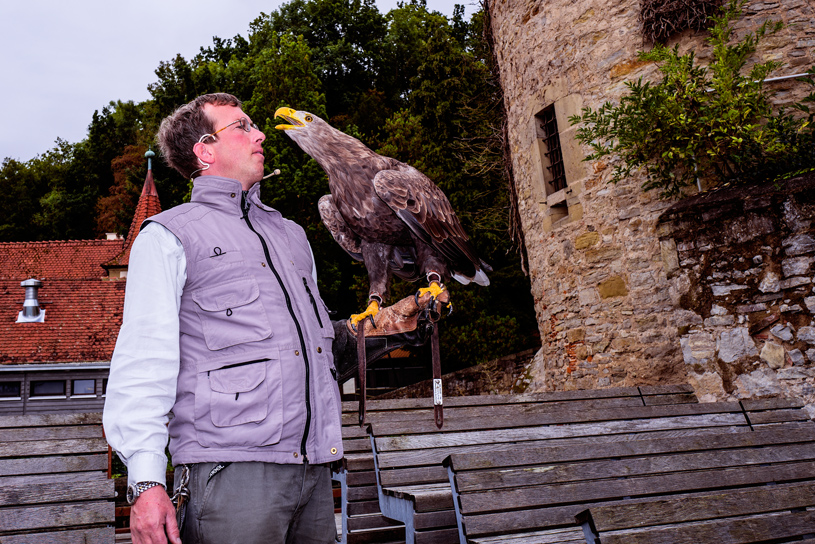 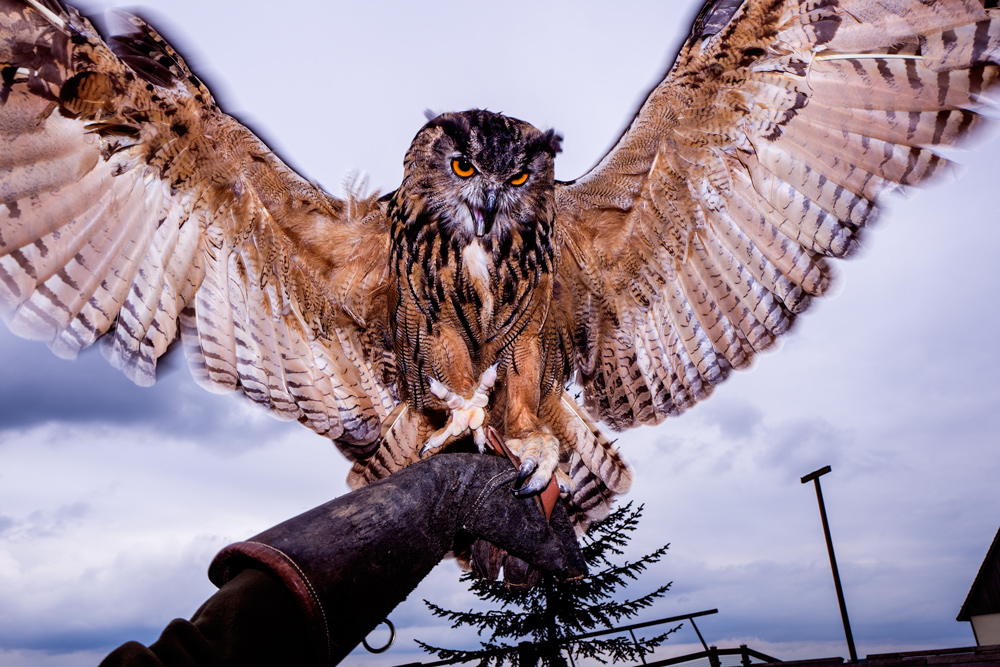 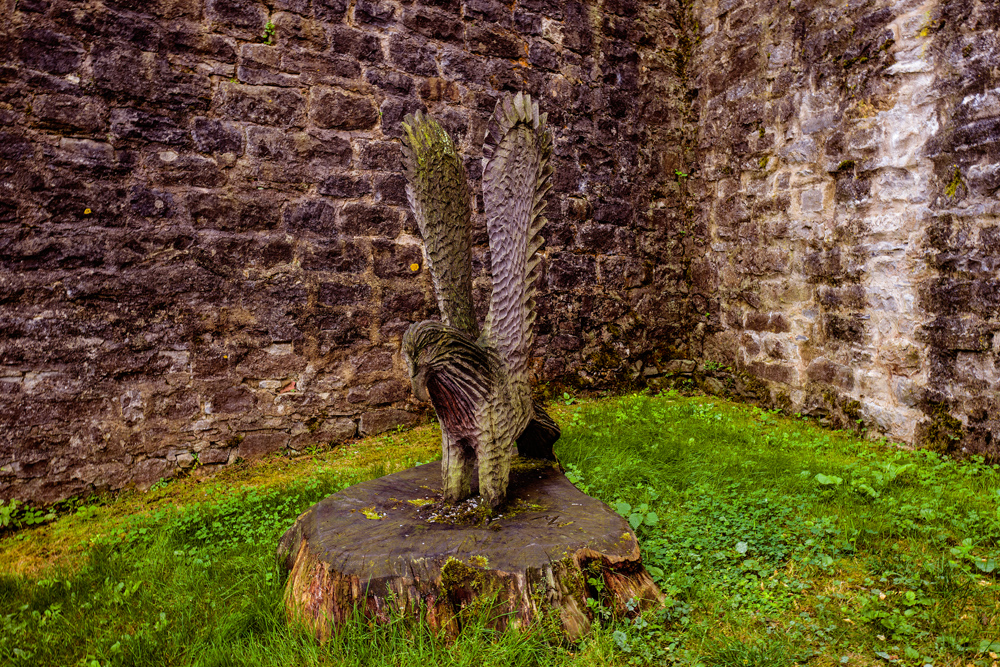 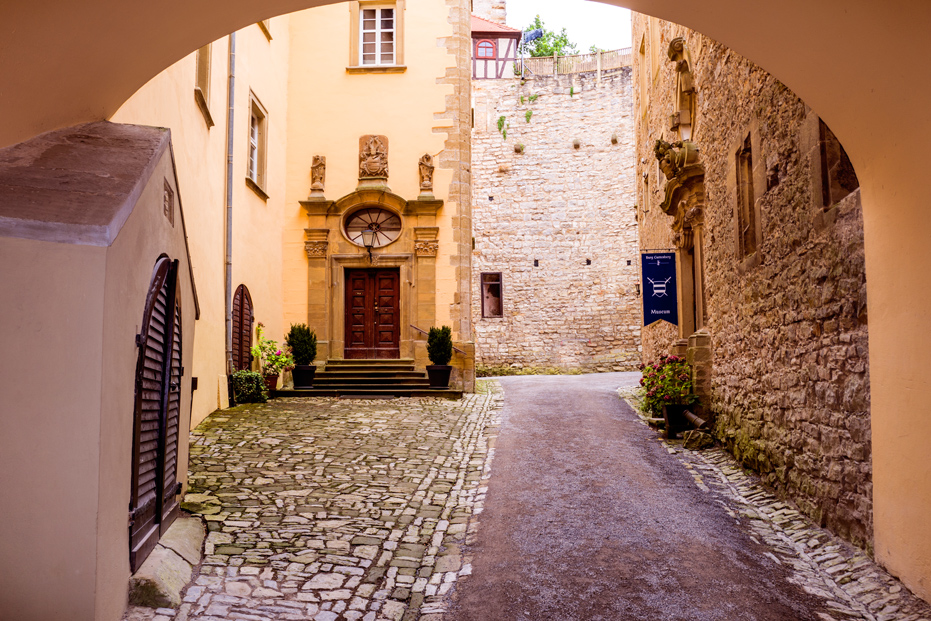 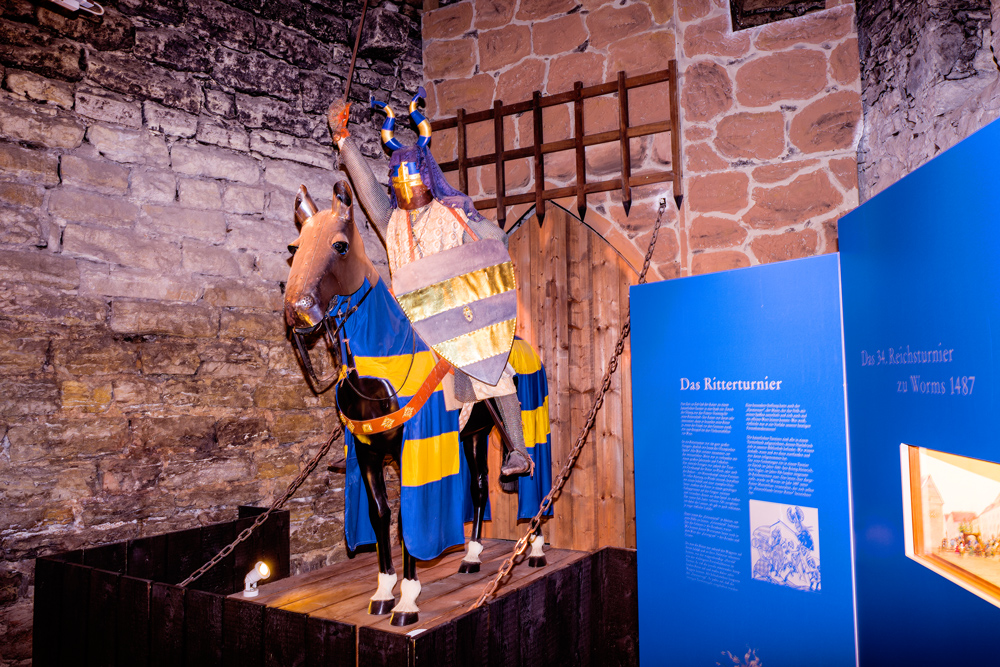 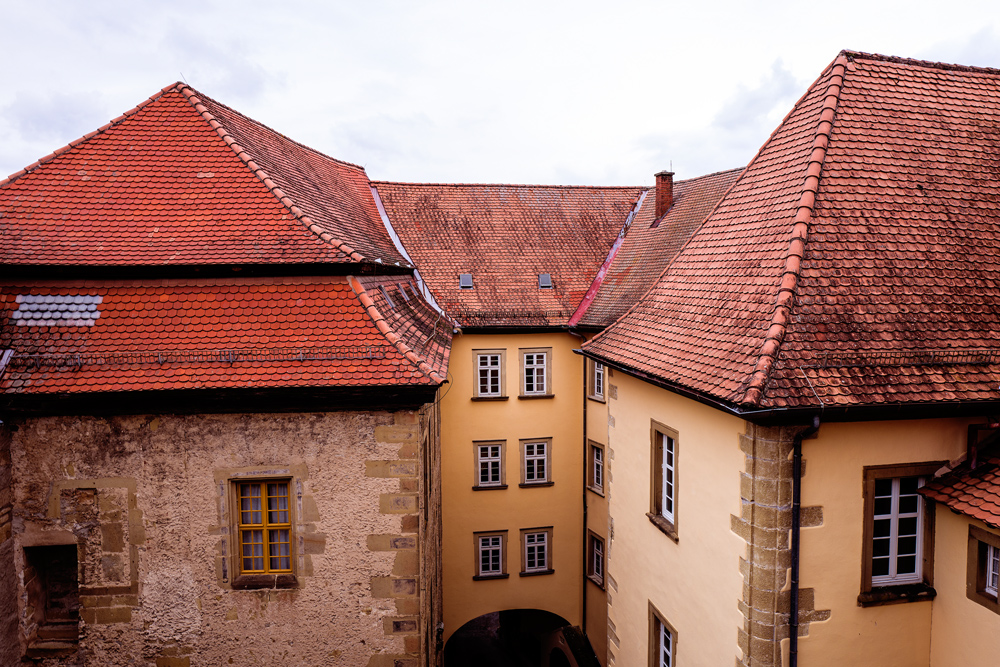 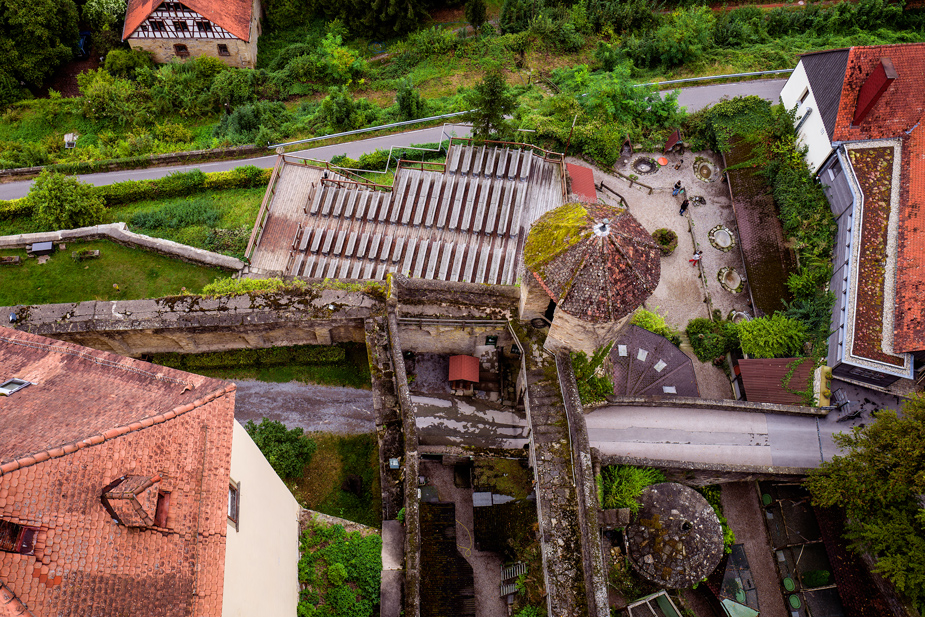