Lord of the perennials

Cassian Schmidt seldom returns from one of his frequent scientific research trips to distant lands without a “souvenir,” no matter if it’s from the United States, China, Russia or Kyrgyzstan. Some might consider it petty larceny—which he commits for his “Hermannshof.” Almost always on such trips, the nature professor meets colleagues, exchanges seeds or small plants. But he also fills his travel bags with inspiration for new ways on how to combine plants and new ideas for compositions. He says, “the most important thing is to have seen the plants in their natural environment.” He then knows what they need in order to flourish. Schmidt visits gardens and forests and gathers inspiration for his own 2.2-hectare garden, which is a botanical gem. 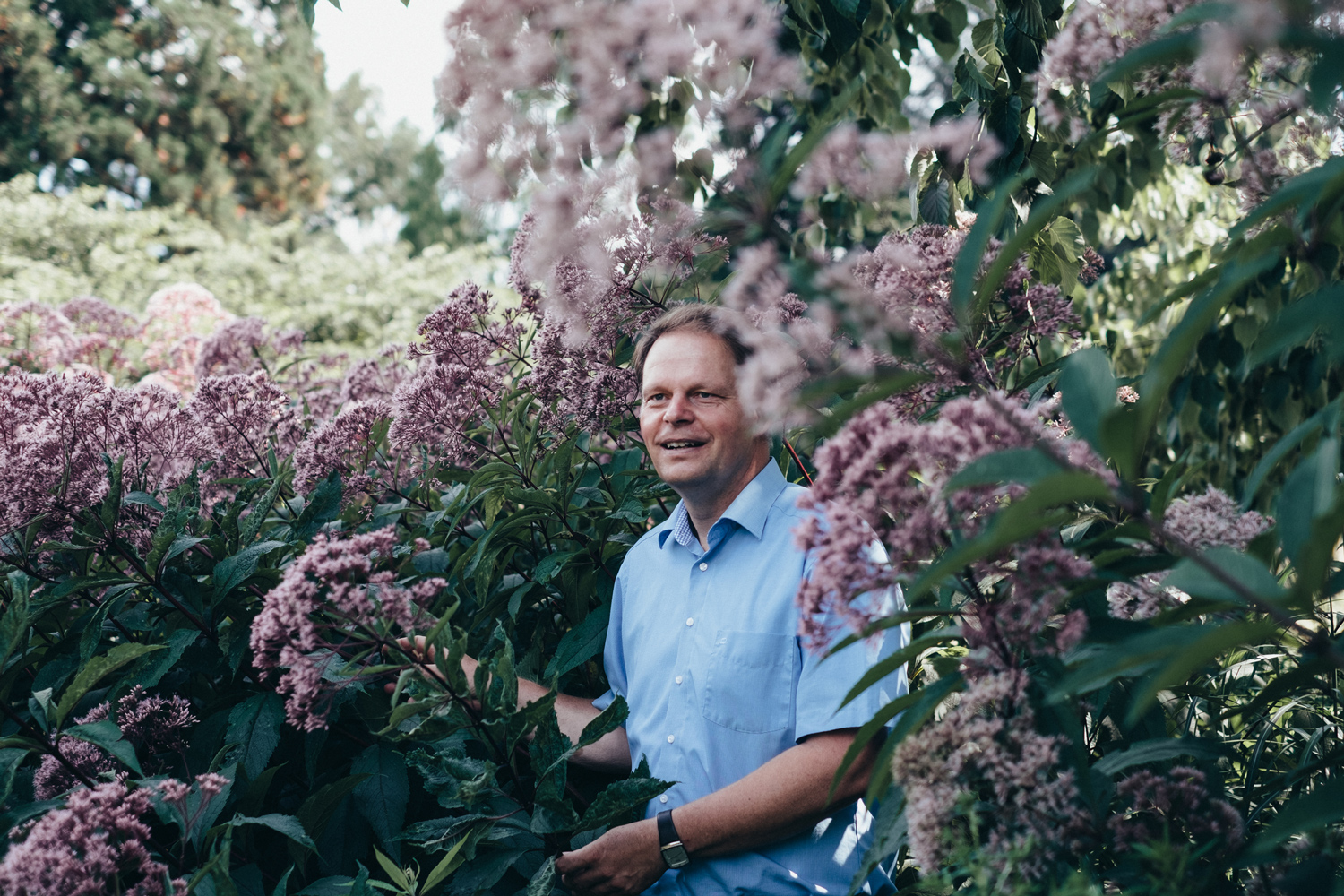 The “Schau- und Sichtungsgarten Hermannshof” is one of the most beautiful and varied gardens in Germany and all of Europe, and it is deeply steeped in history. It belongs to the Freudenberg group, which bears 75 percent of the annual costs, the rest is financed by the city of Weinheim. And as a predominantly privately funded showcase garden for perennials it is unique—and not just in the Rhine-Neckar Metropolitan Region. In this garden, which is free of charge and open to the public all year round, there are ancient trees which seem to whisper stories to each other. Like the one of the 140-year-old myrtle, which grew from a bridal bouquet once carried by Helene Siegert as she walked up to the altar at her wedding with the leather factory owner Hermann Ernst Freudenberg in 1879. Today, Germany’s oldest and biggest myrtle—it has become an officially record-breaking tree in 2017—is about 8 metres high and very broad; every winter, the gardeners build a special winter house around it so that it can survive the cold. 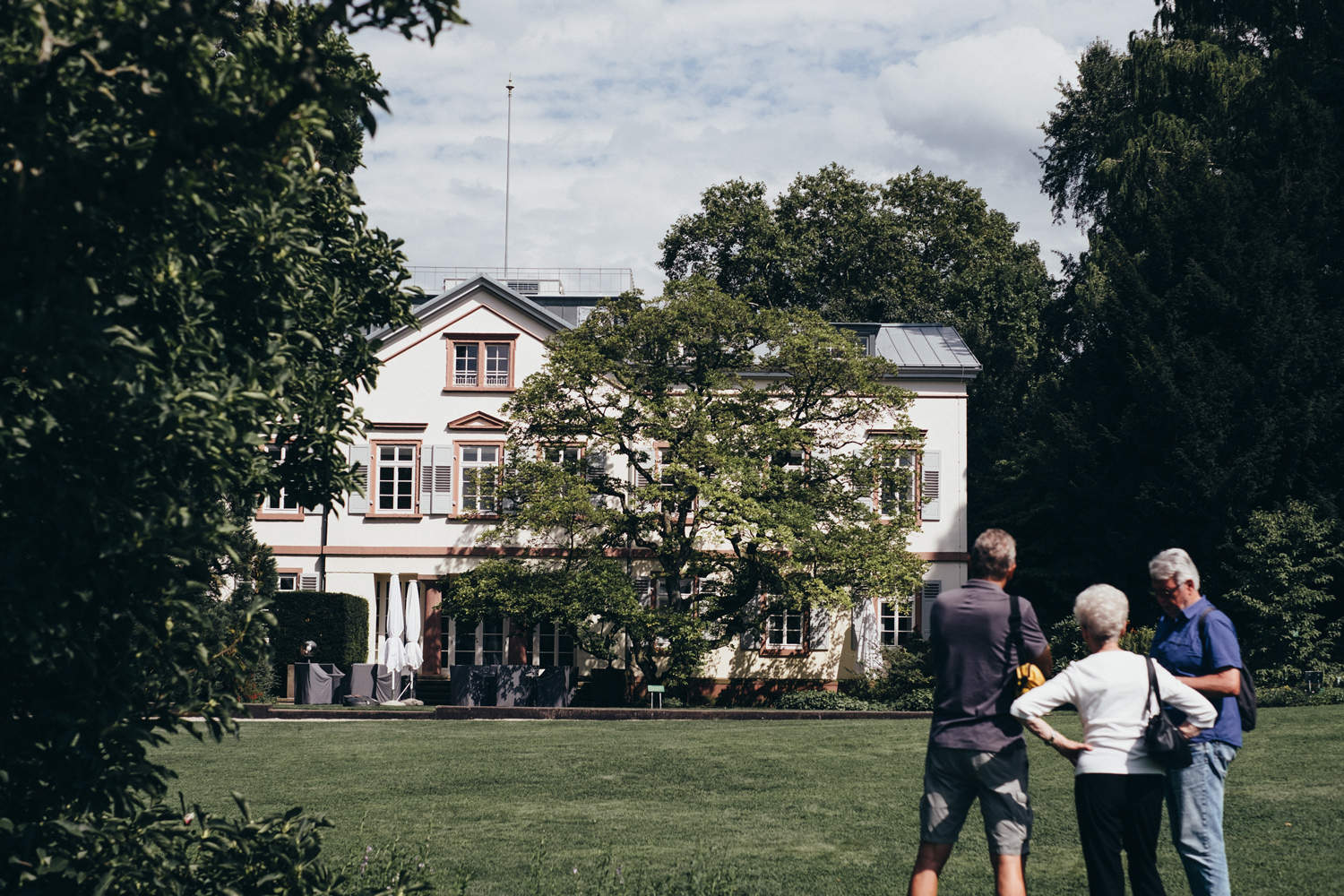 Some of the now fully-grown trees once travelled to Germany as seeds in Cassian Schmidt’s hand luggage to take root in the botanical garden within the range of vision of Weinheim Castle. Some Asian magnolia species arrived via this special airway in the Chinese quarter of the garden encompassing approximately 2.2 hectares—the myoga plant, too, a Chinese ginger species. Its botanical “parents” have their roots in the garden of a Chinese hotel. While other people bring back presents from their travels for their children or their friends, Schmidt’s souvenirs are for his garden. 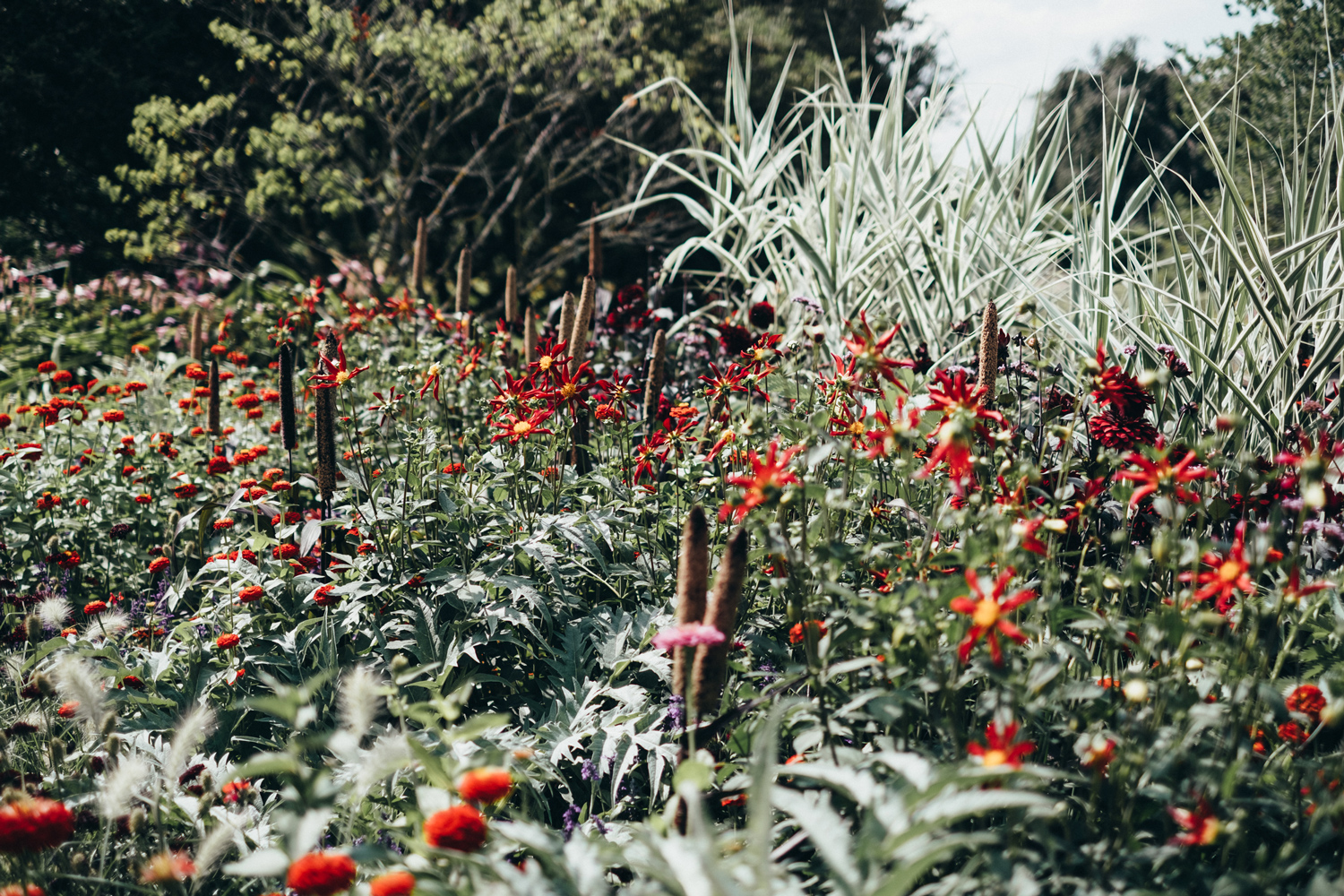 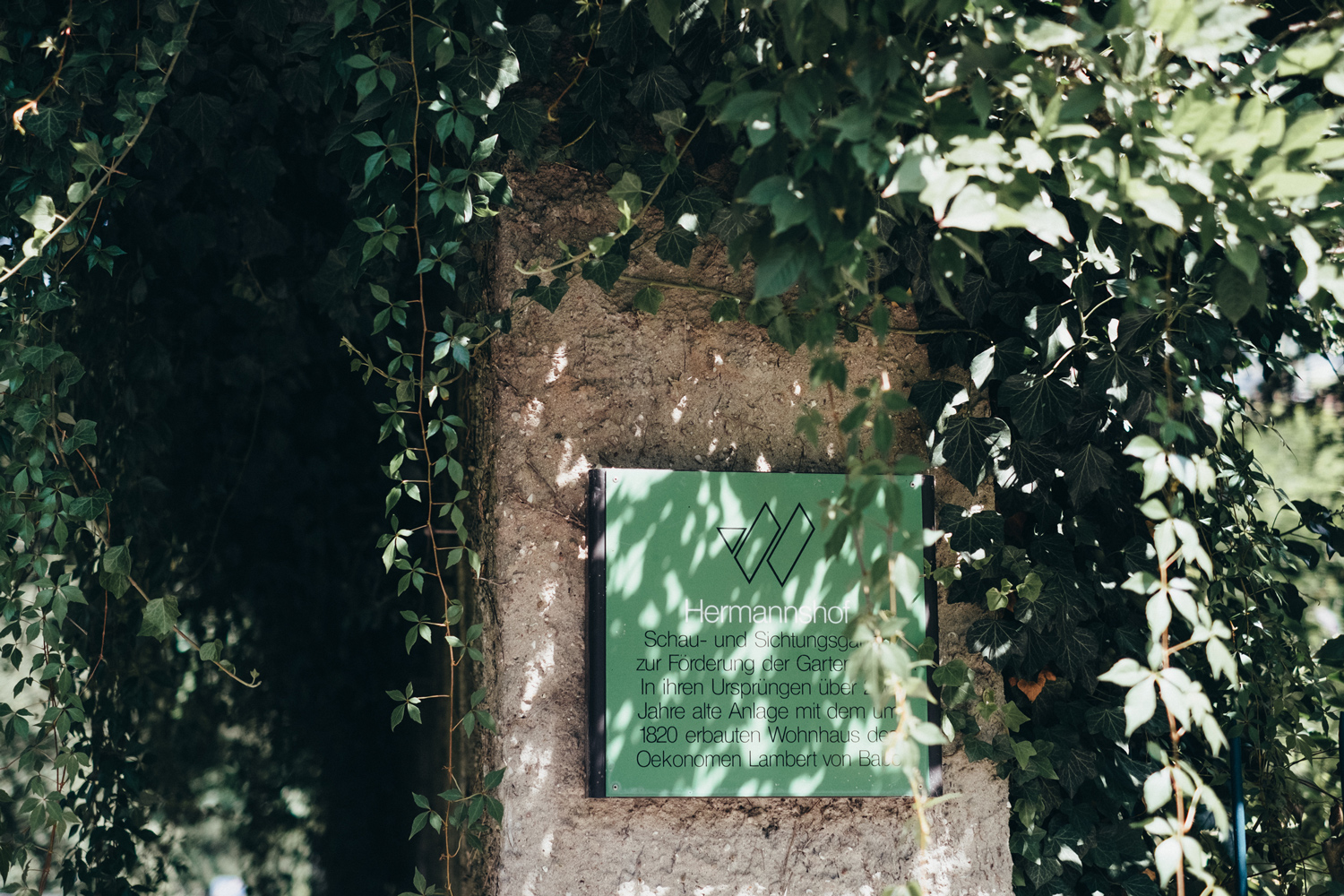 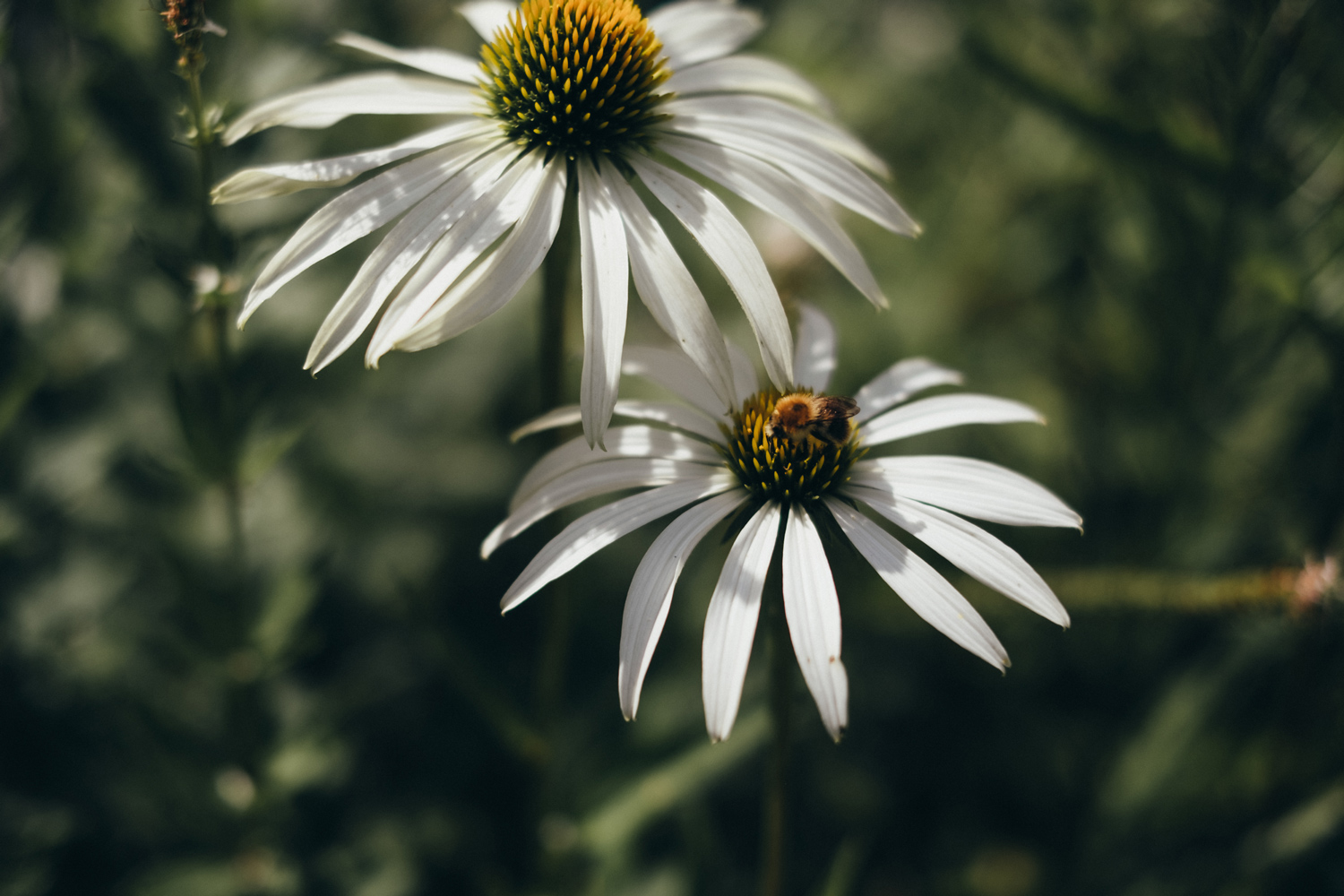 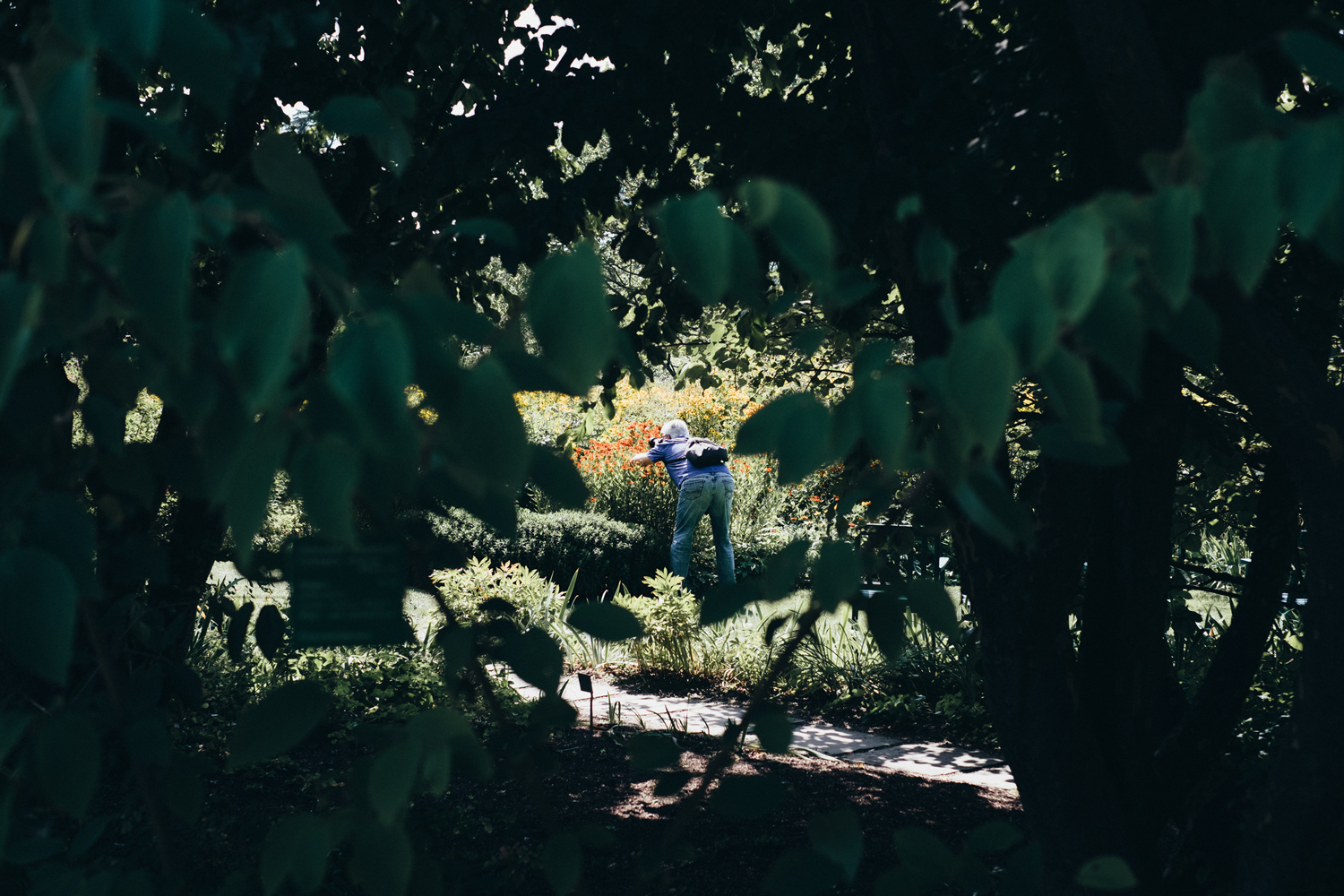 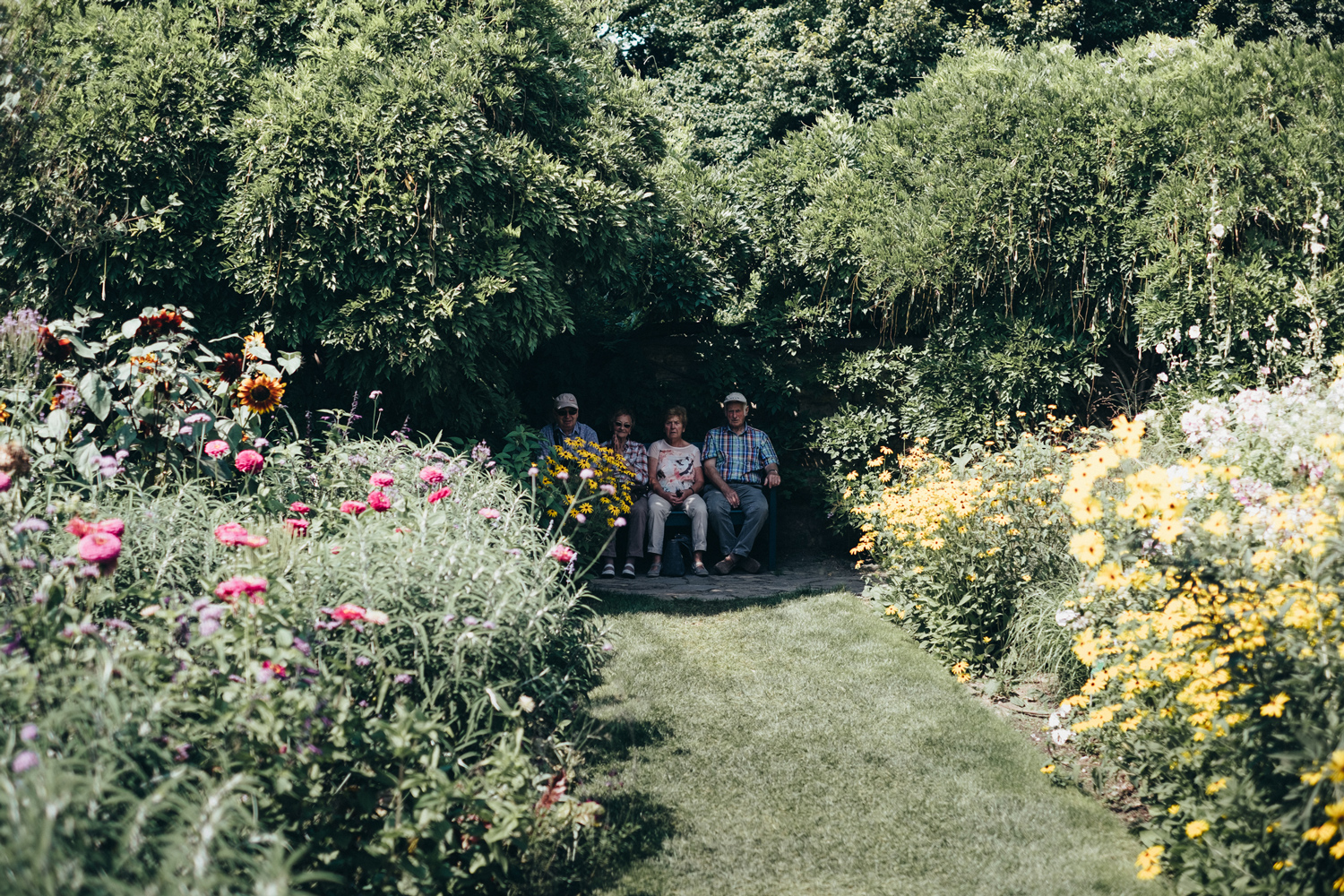 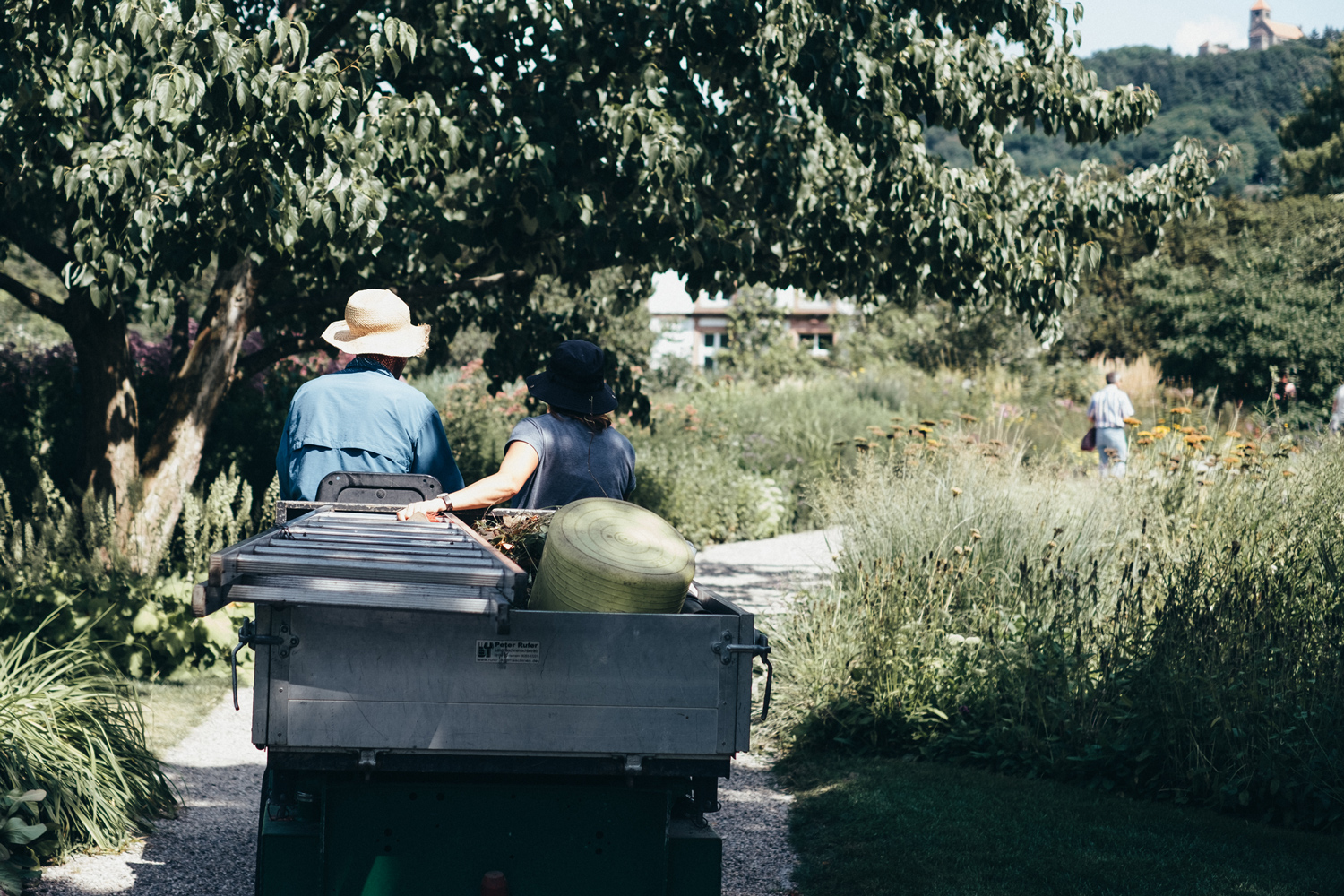 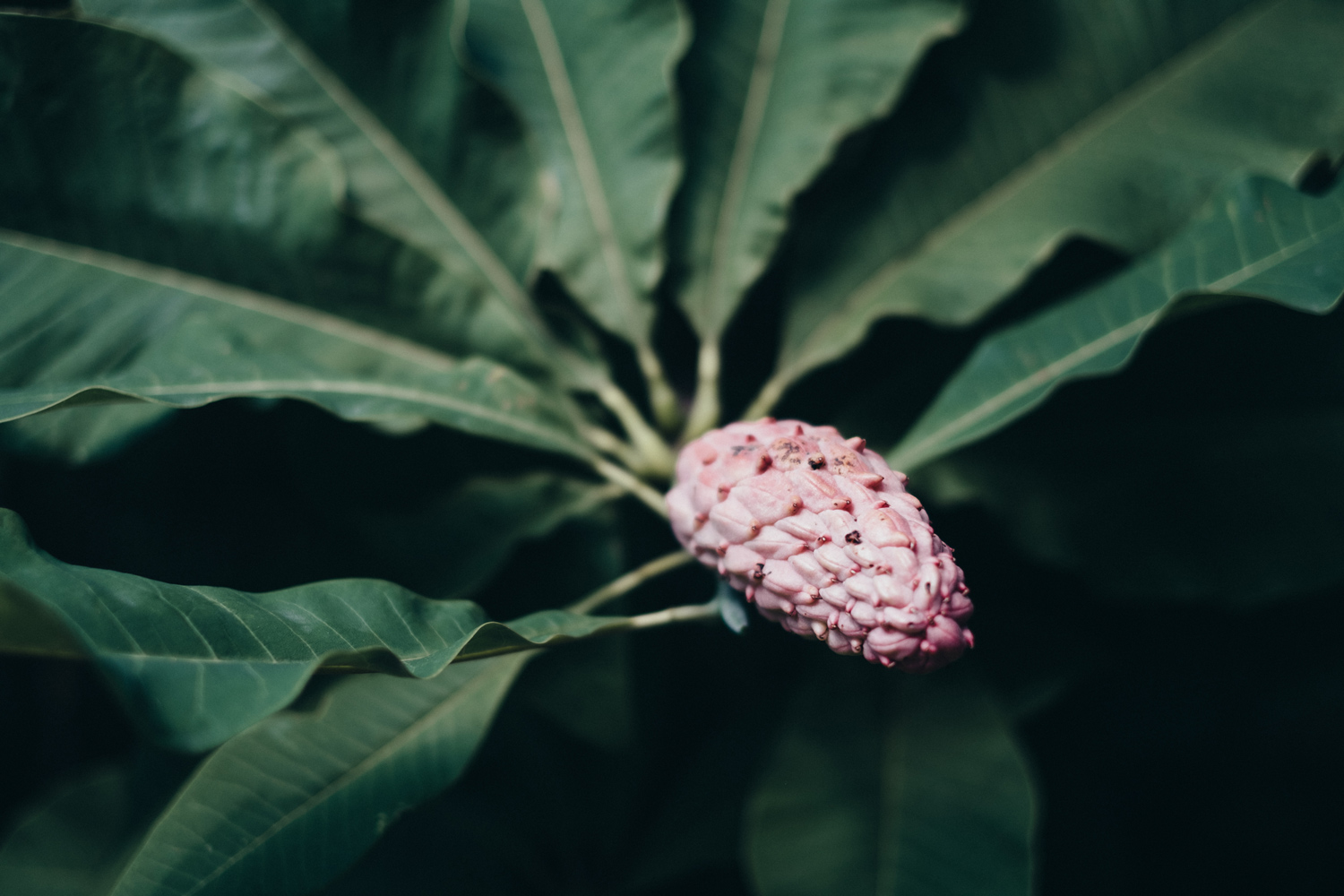 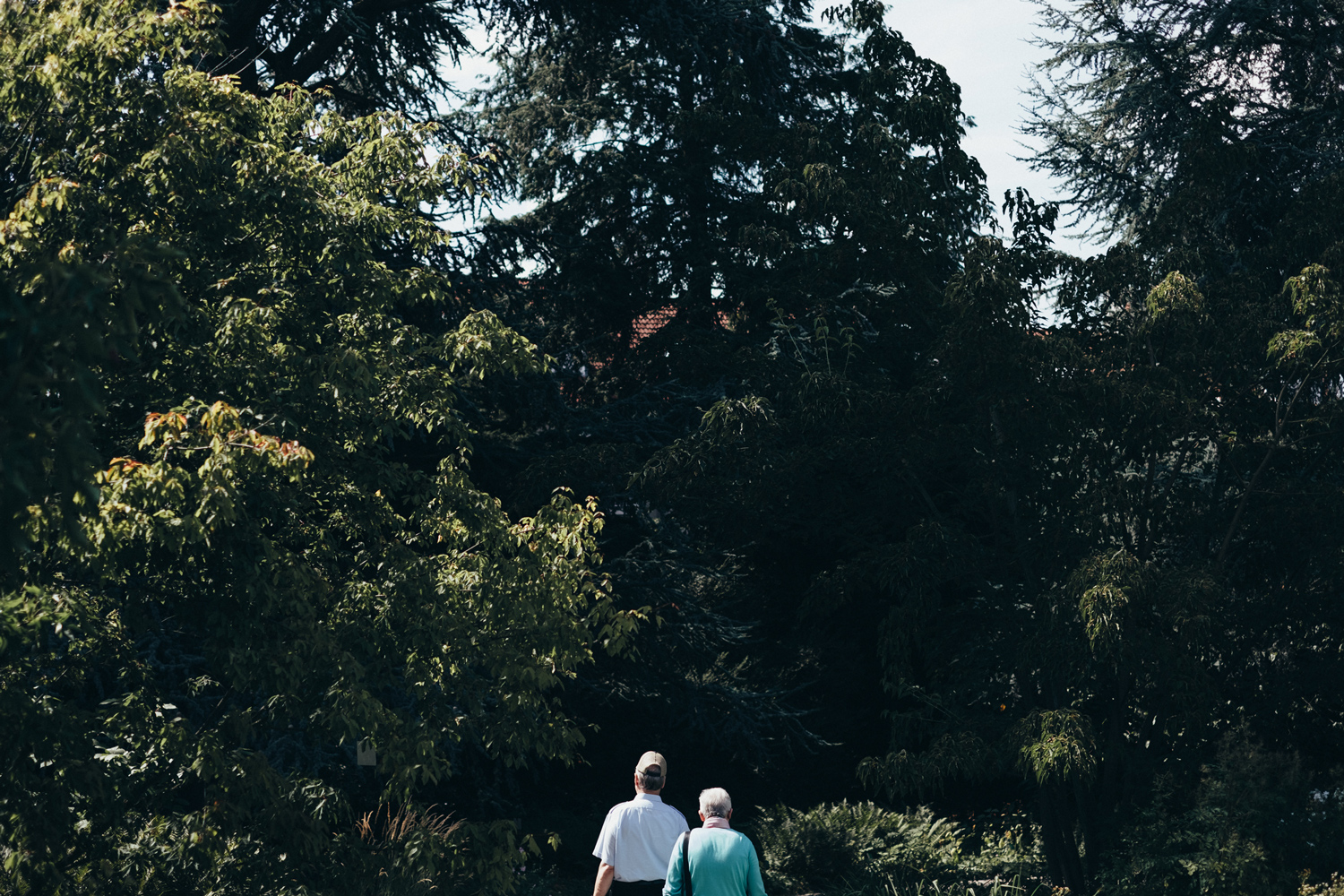 The Methuselahs amongst the gnarled monuments are an Oriental and a European plane, 233 years of age each. One ginko is as old as 113 years; the wisteria, winding itself venturously around the pergola and being approximately 85 years of age, is still in its teens in comparison. It comes into bloom in the end of April blossoming by the beginning of May with full violet vigour and forming an impressive covered walk for bridal couples in search of motifs.

“We do research into how it is possible to make plants in the public green spaces look good so that people are attracted by them, that they upgrade a city while needing a minimum of maintenance and are stress tolerant at the same time.”

The Hermannshof is a time-honoured garden; a place where time stands still. And yet, since Dipl. Ing. Prof. Cassian Schmidt has managed and designed this little gem, for almost 20 years now, everything has changed a bit. He shaped the character of the garden. With its about 2,000 different perennials the Hermannshof is beautiful indeed—and instructive as well as created to explore scientific questions: flourishing landscapes for academics, that is. For the Geisenheim University in the Rheingau region the Hermannshof functions as some kind of scientific front garden; this is also the place where Cassian Schmidt teaches what he practices: in the degree course landscape architecture with the specialization subjects planning of plantings and plant usage. He studied this subject himself in Weihenstephan in the 1980s—after an apprenticeship as a horticulturalist, learning this profession from the ground up. He wrote his final thesis on how conversion areas could be designed to become aesthetically pleasing and useful after the withdrawal of American troops. Doing so, Cassian Schmidt gained insight into the intersections of landscape architecture and politics. 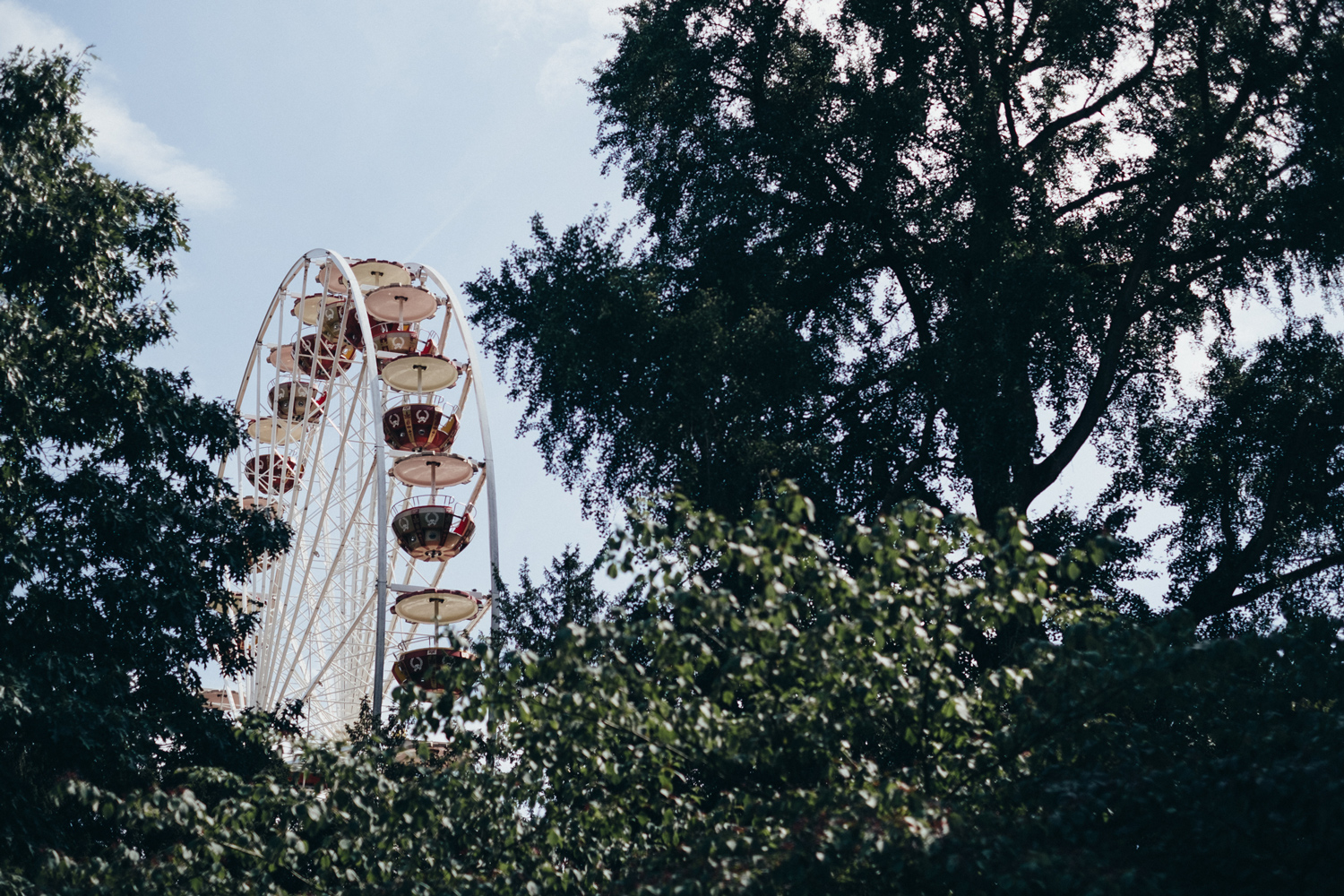 The most important time for his further career and for obtaining a more complete vision of things, however, was during further years of apprenticeship in different horticultural companies, especially in a perennial and tree nursery in Maryland, USA. The time there shaped him, as he himself declares. The affinity to the US, especially to the states of the prosperous east of the US, stayed. Schmidt and his Hermannshof earned some reputation amongst experts in the US. When designing and planting an abandoned elevated rail line in New York and turning it into a tourist attraction, the High Line, the Dutch garden designer Piet Oudolf borrowed from the Hermannshof, amongst other things, plant examples and, above all, concrete data concerning the maintenance effort to be expected. 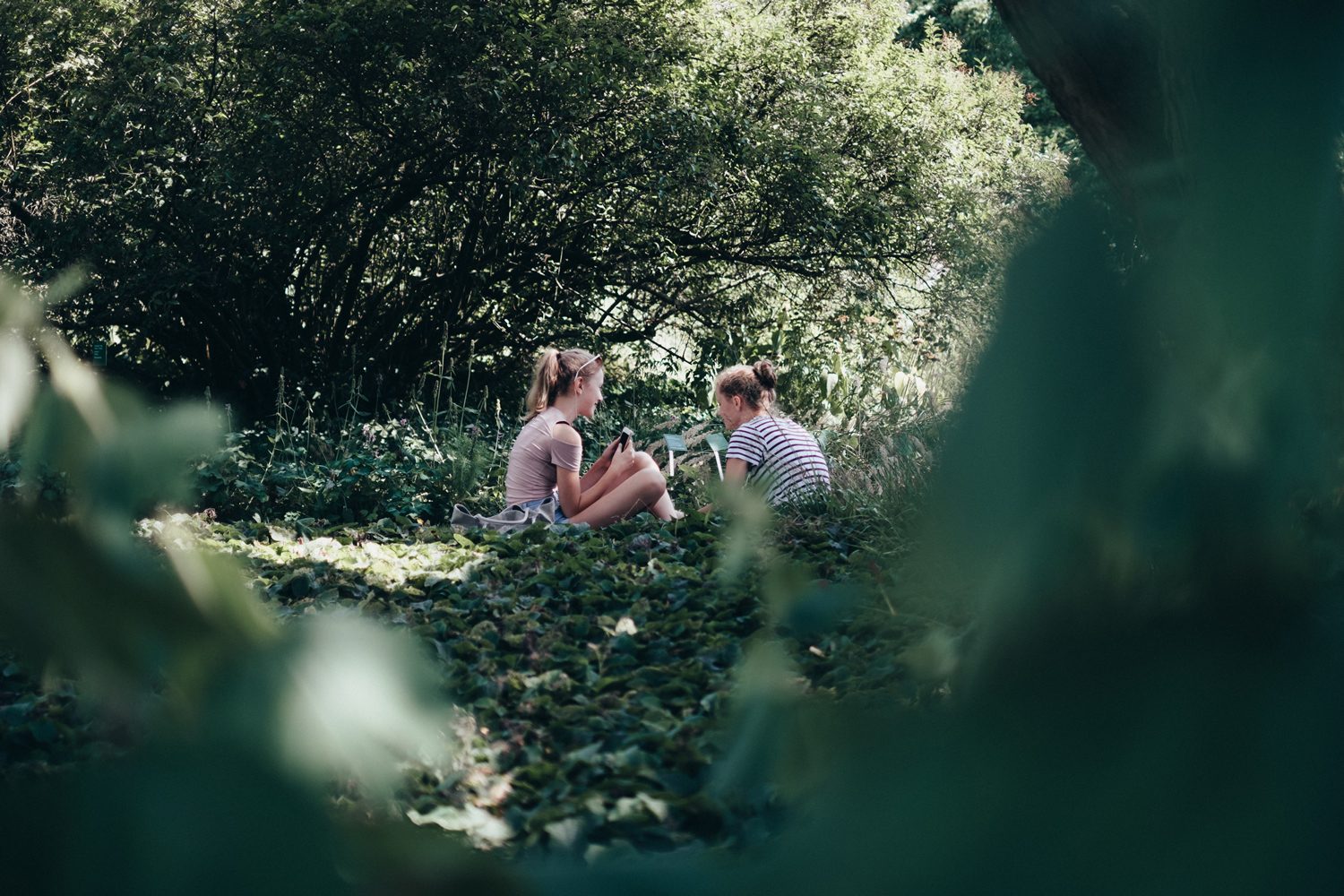 Urban planners and landscape architects from numerous European and US cities frequently come to visit the garden in Weinheim. They come here in order to enjoy and to learn, since in Prof. Cassian Schmidt’s garden the plants push to their limits. “We do research into how it is possible to make plants in the public green spaces look good so that people are attracted by them, that they upgrade a city while needing a minimum of maintenance and are stress tolerant at the same time,” the garden director and scientist explains. Stress tolerance in this context means above all one thing: less need for water as well as significantly less work effort. Both things together can be translated into hundreds of thousands of euros (or dollars), sometimes even into millions of potential savings for a big city. There is a work group focusing on the usage of plants that Schmidt has chaired for many years. Its members, amongst them university professors and directors of trial facilities, work on how costs could be reduced in the future and what possibilities there are for plants in green areas along streets to become more attractive at the same time. During the last 15 years, more than 35 attractive, low-maintenance plant modules, so-called “mixed perennial plantings” were developed for the public and private green areas and have been tested by this team of experts for several years each (http://www.stauden.de/stauden-mix.html). 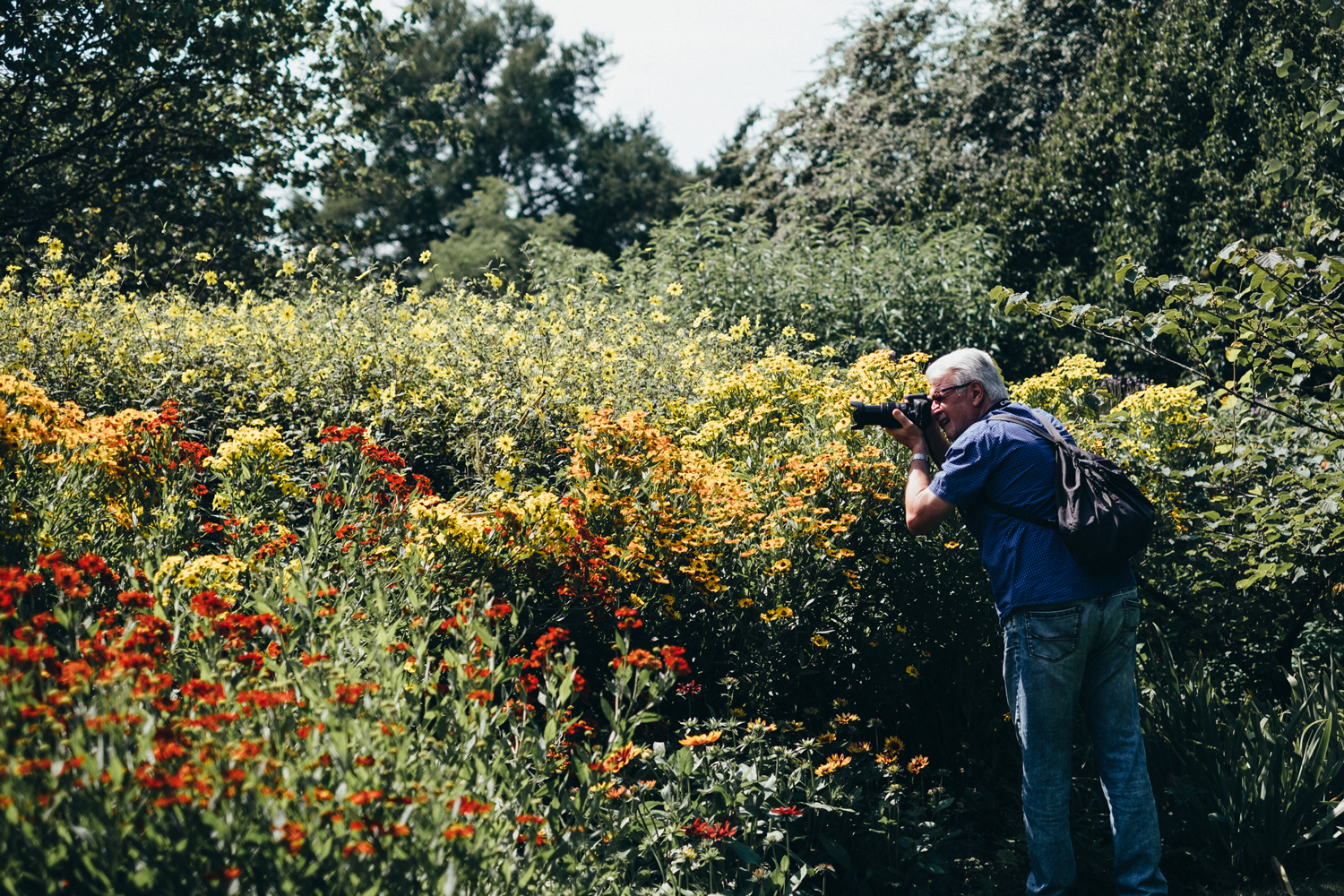 The Hermannshof became internationally renowned—not only among specialists—for its unique prairie garden, created by Schmidt in 2001, which thrives with much less maintenance effort than conventional beds of perennials—in autumn, you can enjoy a beautiful and mysterious Indian Summer. On the High Line in New York, a similar picture emerges. “It is all about the right plant getting the right place and growing together with the right companion plants so that in the long run a functioning system can evolve that the gardener has to interfere with as little as possible,” Schmidt, being one of the most renowned specialist authors on efficiency and cost-reduction without aesthetic loss with regard to the so-called public green space, explains. Attractive and inexpensive: This topic gains further relevance because of the climate change. It is getting hotter. If a city is planted just like 30 years ago, with plants needing a lot of water, a lot of money is thrown down the drain. If you want to do it the modern way, efficiently, ecologically and economically at the same time, you should have a look at how Hermannshof in Weinheim does it. 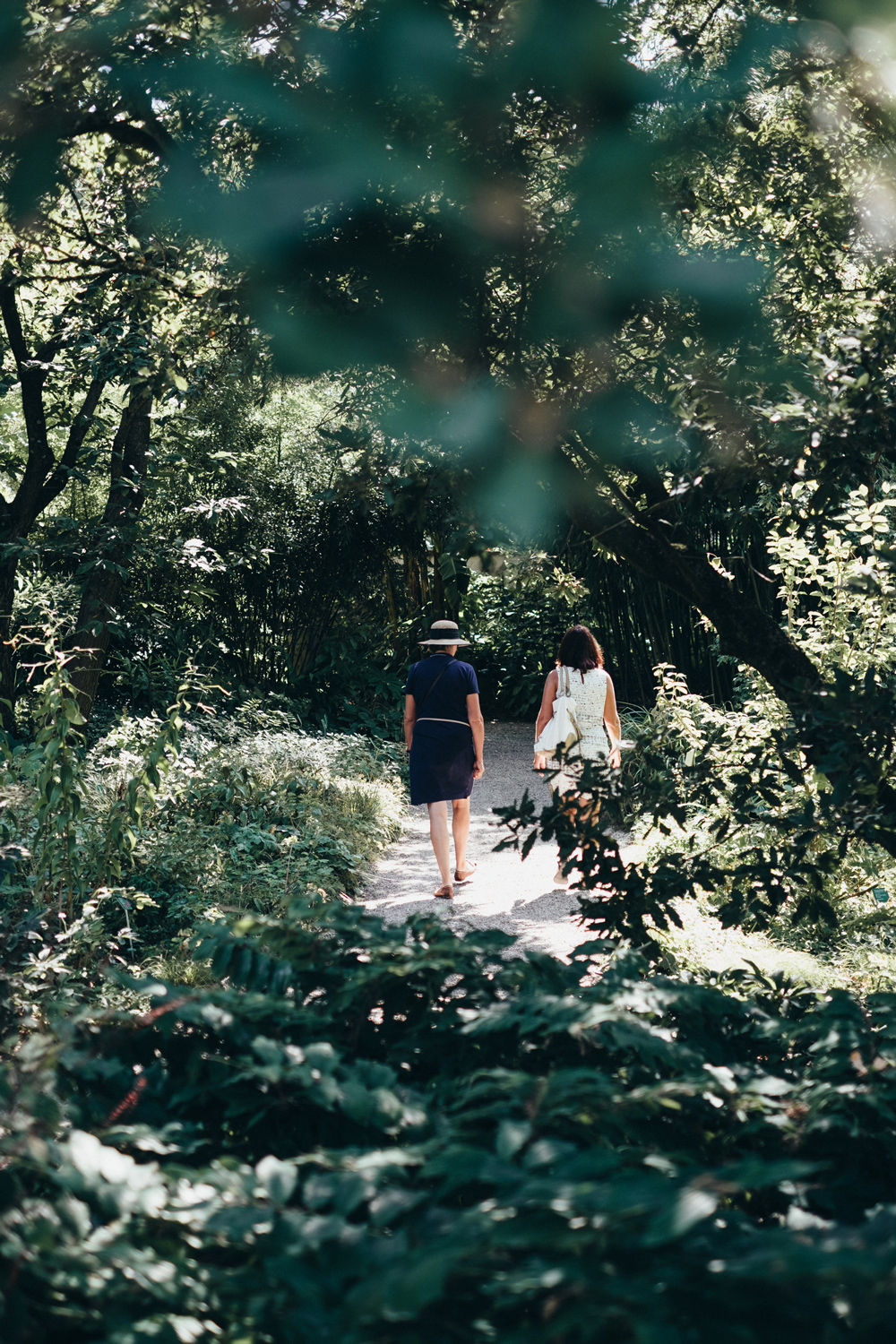 Visitors do not realise it while taking a stroll through the garden, but they actually are in a laboratory of the seasons; they take in the beauty and the abundance of it all. They circumambulate the vegetation and botanical regions of the world, which have shrunken to the size of a big living room. 5,000 to 6,000 working hours per year maintain a state that looks neat, but never unnatural. The garden is divided into seven spheres of life, which take the natural habitat conditions into account and offer a new interpretation of the different ways vegetation can be encountered in nature and that are also suitable for your garden at home, no matter if it borders on water or is characterised by stony conditions. A vigorous banana plant from the monsoon forests of China has its place here as well as North American or central Asian grasslands that get by with just the bare essentials. The first crocuses in February or March are replaced by an ocean of tulips in April. But nature does not only have a beautiful side. In the Hermannshof, you can see it all.