Hilde Seibert has been working at the factories at the port of Mannheim as a secretary in a trade union for many years. Today, she and the association “Industriekultur Rhein-Neckar” (Rhine-Neckar industrial culture) fight for the factories’ maintenance and tell their stories.

A Baroque pyramid, and next to it are car repair shops, brackish port water, and industrial noise. If you want to visit the astronomical measuring point of Kurfürst Carl Theodor (Prince-Elector Charles Theodore), you have to squeeze yourself forwards on a path along a factory wall. There is only a few centimetres space left for the obelisk and its visitors, because the grass verge on which it is placed, is narrow and is bordered by a steep embankment that feeds into the harbour basin Kaiser-Wilhelm-Becken. It would be impossible to find your way along the track until this spot without Hilde Seibert. And equally impossible to reach the sandstone pyramid at all. “I talk to the people,” the 68-year-old lady says with a smile, just as if it was so easy to persuade dockers and entrepreneurs to allow visitors on their property regularly. But they do allow this and even enjoy doing so. 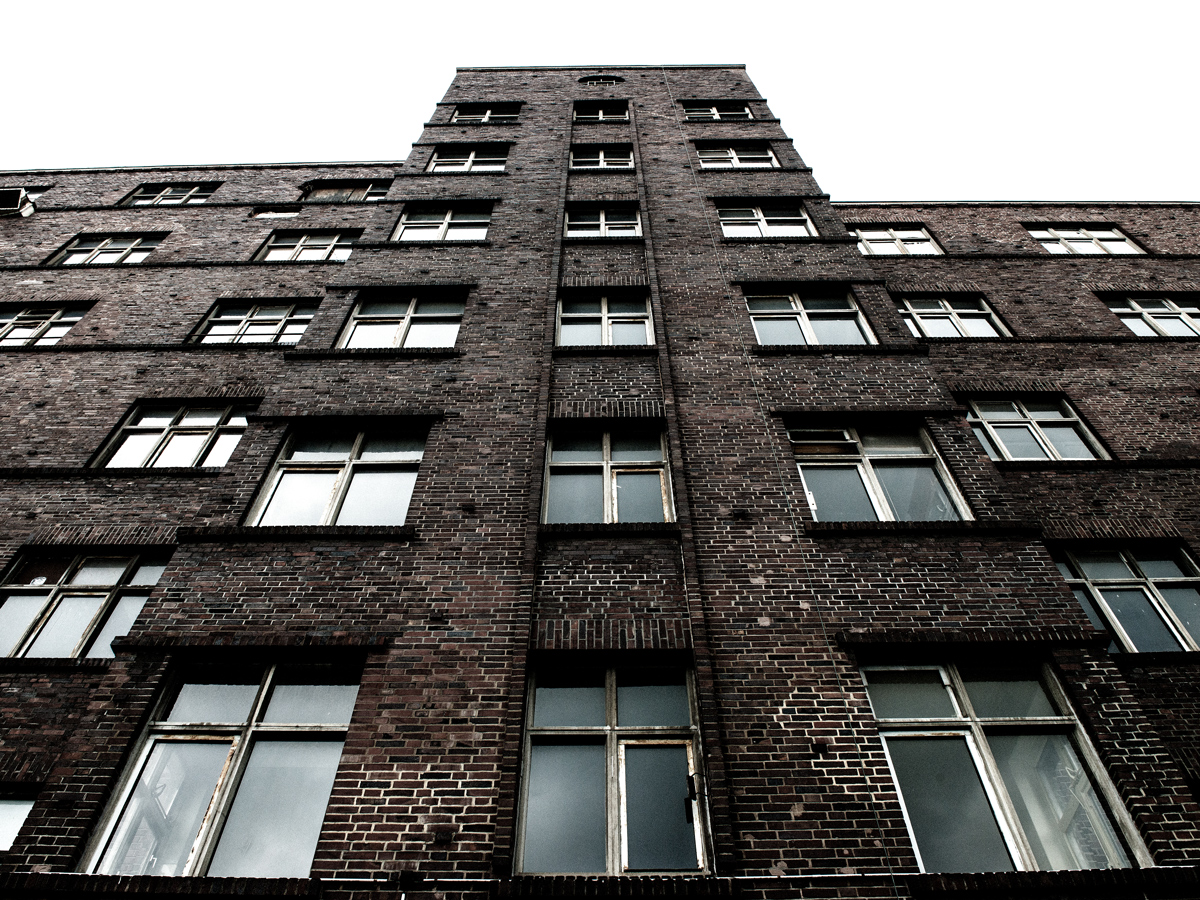 The mill building of the former cooperative business “Großeinkaufsgesellschaft deutscher Consumvereine (GEG)”, which was constructed in 1931, is now owned by a haulage company. Artists and trade firms operate their ateliers and workshops in it. 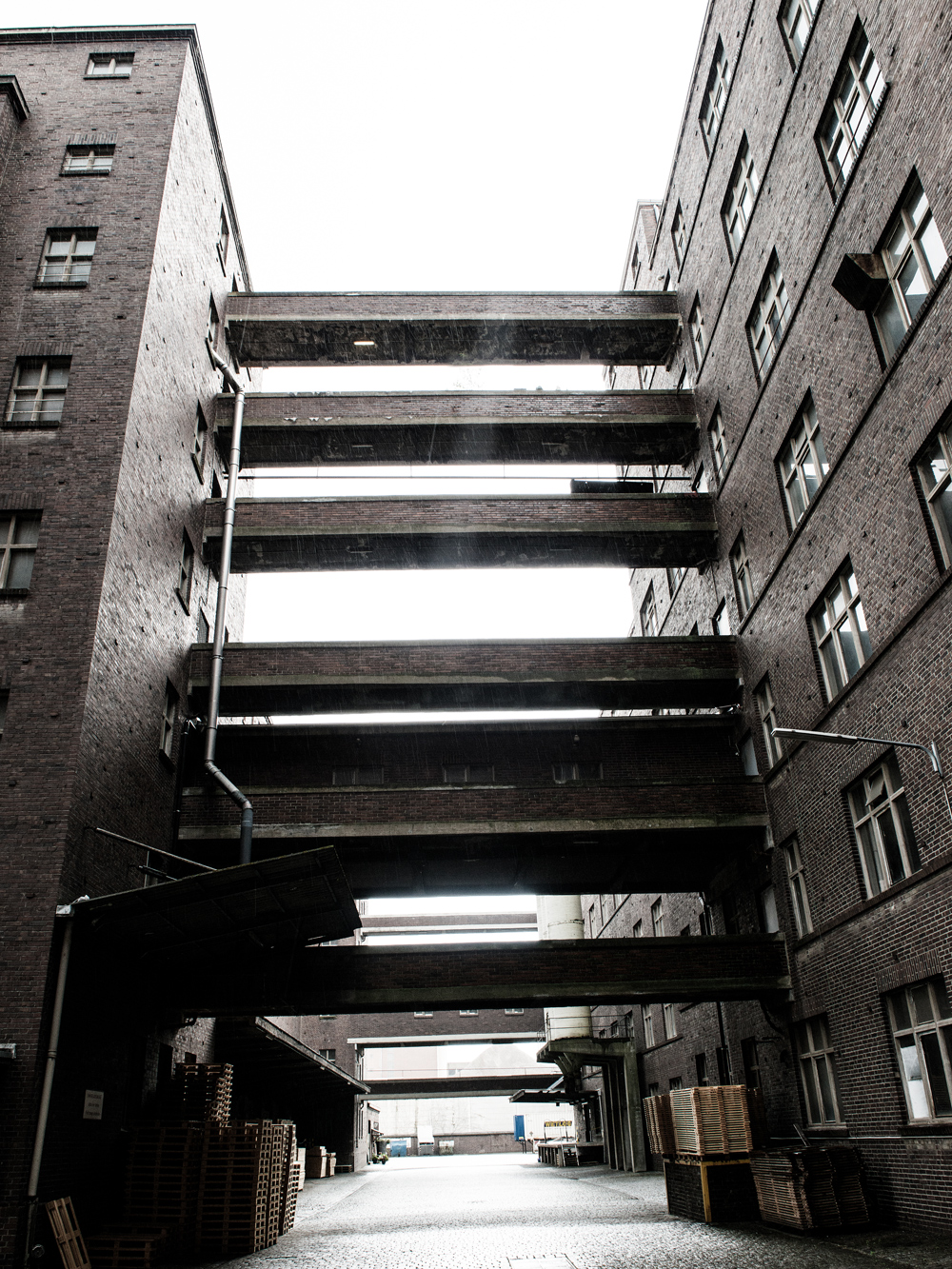 The complex industrial plants of the “Genossenschaftliche Burg” were considered a technological example at these times. In 1931, over 500 persons used to work here in three factories.

Most people learned about the architectural and cultural historical treasures on their company grounds only a few years ago. Six, to be exact. In 2009, Hilde Seibert and seven allies – among them Barbara and Heiner Ritter, Jürgen Hermann and Albert Gieseler – established the association “Rhein-Neckar-Industriekultur” (Rhine-Neckar industrial culture). Its members invest lots of voluntary hours. Their goal, according to their website, is to make people aware of the objects and sites of industrial culture in the Metropolitan Region.

What this is going to look like, is being planned within the allotments on the island “Friesenheimer Insel”. It is a quiet afternoon in the association’s pub. But the associates are known well here. The idea is to have a talk in the form of an “Erzählcafé” (story teller’s café) in the pub named “Anker 107” for the occasion of the “Woche der Industriekultur” (week of industrial culture) at the end of August. The last keeper of the lock “Kammerschleuse”, who is still living a few metres from the allotment in a little house on the river Neckar, will be a special guest. 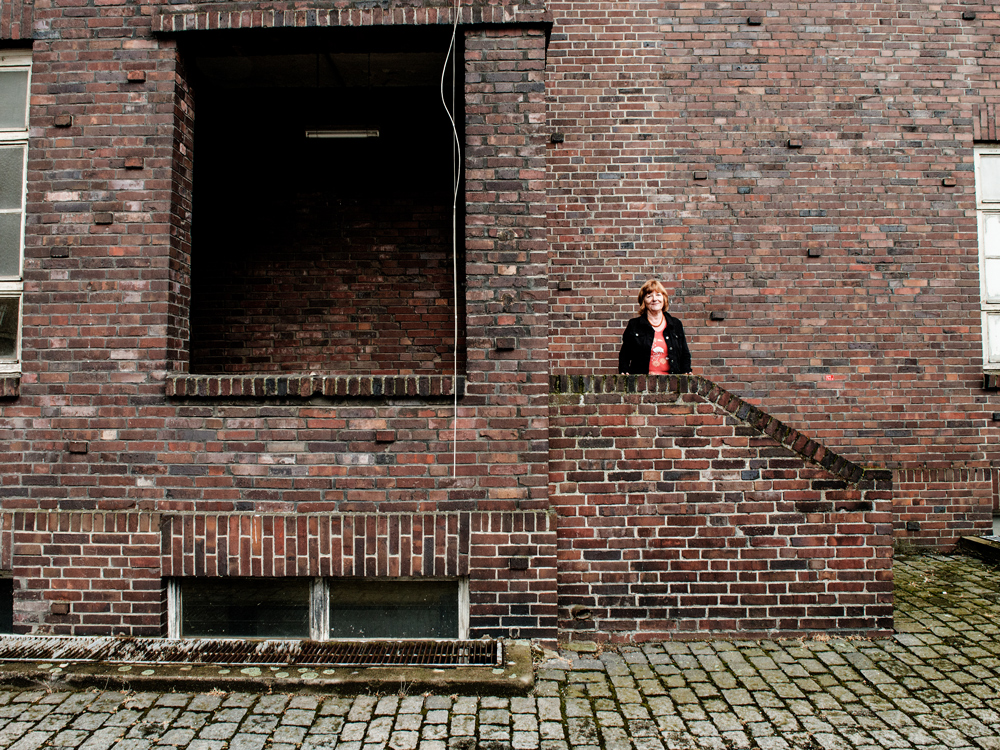 Surrounded by bricks: Hilde Seibert, an acknowledged expert on the Bauhaus architectural style in which the building “Genossenschaftliche Burg” located in Mannheim’s industrial port is constructed.

It is of vital importance for the association to consult contemporary witnesses. “It would be impossible to understand the buildings and their history without them,” tells us Hilde Seibert, who studied politics and sociology in Heidelberg and Mannheim first and then went on to work for the educational association “DGB-Jugendbildung” and later full-time for the union “Nahrung-Genuss-Gaststätten (NGG)” (Food, Beverages and Catering Union) and who came to architecture through the back door. She was involved in negotiating collective agreements within the management floors and in strikes within the factory workshops on the island “Friesenheimer Insel” and sometimes she saw factory buildings disappear.

”The challenge was to reveal the existing jewels in a supposedly grimy spot.”

In 2011, the association decided to offer boat trips through the port at the “Lange Nacht der Museen” (long night of museums) and Hilde Seibert did not only stand on deck with her microphone for hours in order to tell passengers the history of the factories they were passing, but she also ensured that most companies illuminated their buildings from the inside. “The night of museums event was spectacular,” she tells us. Five thousand people came to explore the industrial port, a part of the town that had been there as such for more than a hundred years. 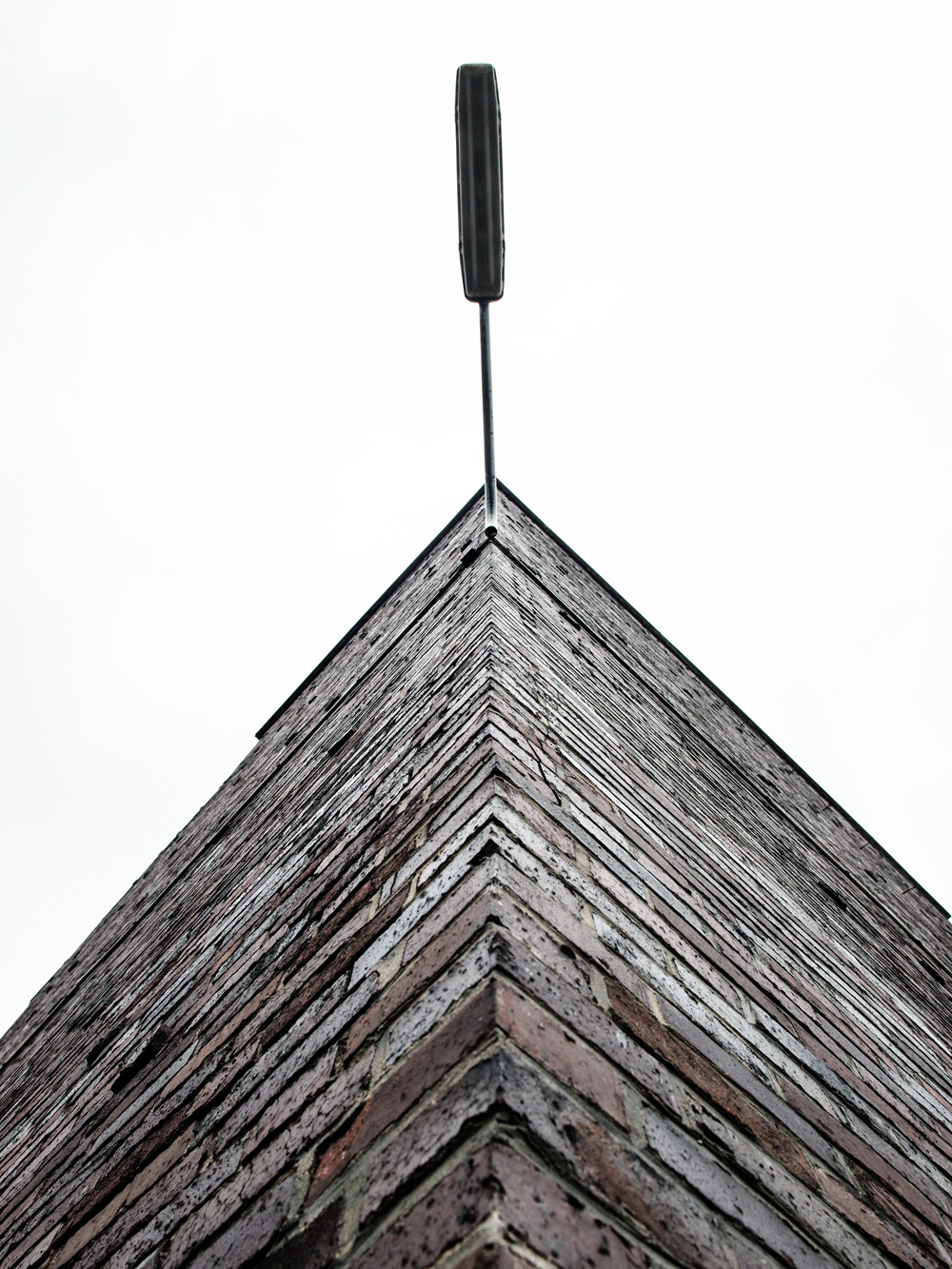 The Bauhaus-style architecture in Mannheim’s industrial port is equipped with interesting details: A typical feature is the intentional use of dark, non-uniform backed clinker bricks – some of them look almost “burnt”.

Of all places, here, where performance and time pressure make the companies modify their environment constantly, an important part of historic art and architecture has been preserved. As well as the unusual wildlife: It is in part down to the tours of the nature conservancy association BUND that the idea of an association for industrial culture arose. Back then, the just retired Rhine-Neckar NGG union secretary had explored the island with her bicycle and had discovered rare plants and animals – curiosities such as the plants Daphne and Cotton thistle, which got here because of decades of shipping.

“We knew that there would be many more precious things in the port that needed protection.”

Indeed. The island “Friesenheimer Insel” hosts an Art Nouveau-style grain mill, a neo-Gothic sewage-treatment facility, a historistic half-timbered house and the very Baroque pyramid. Many buildings from the boom era at the late 19th century have not been industrial sites for a long time now. Today, Dorothee Schumacher’s fashion label is located in the former cardboard packaging factory “Oberrheinische Cartonagenfabrik” and a coffee roasting plant as well as some creative minds inhabit the former bed feathers factory. Hilde Seibert’s favourite item, made of bricks, towers like a modern age monument. The “Genossenschaftliche Burg” (cooperative castle) complex was built in the early thirties as a New Objectivity-style and expressionist factory for flour, pasta and malted coffee substitute. Today, the impressive complex is under a preservation order and offers its space not only to store houses but also to ateliers. These grounds are accessible to the public only through guided tours and presentations, offered by the association. 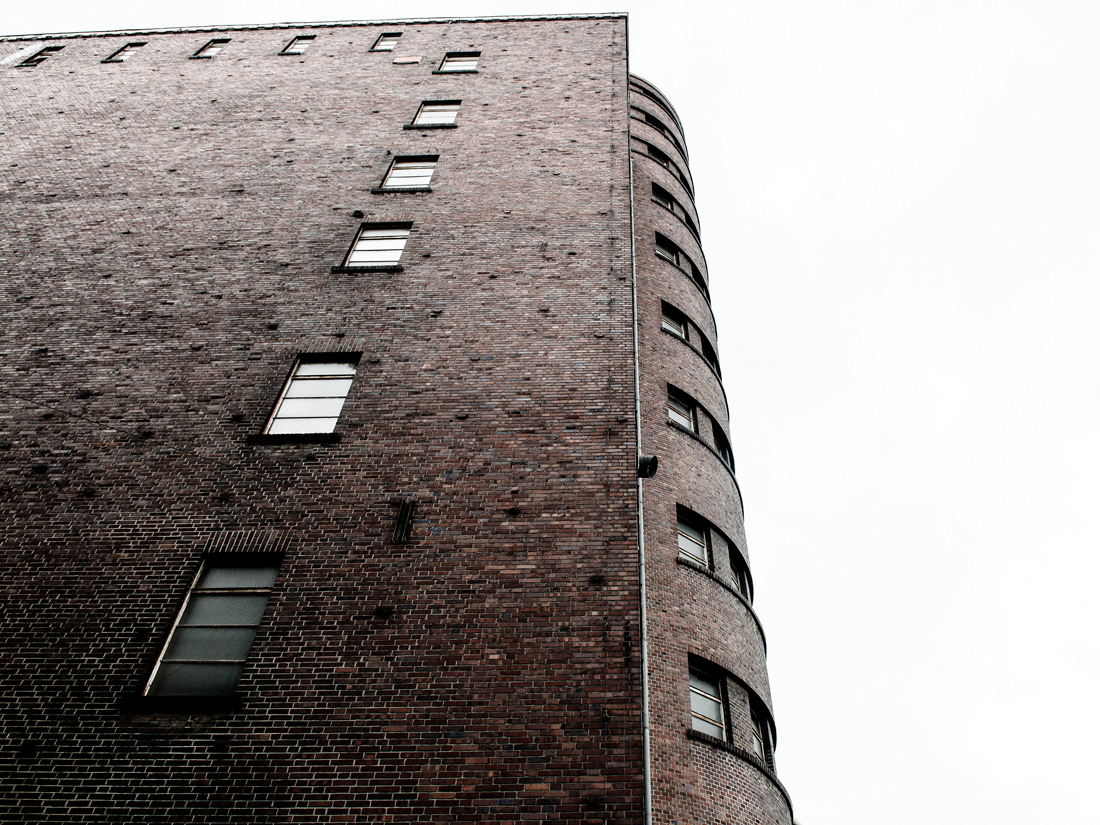 The front of the “Genossenschaftliche Burg” complex, which was built in 1929, offers an impressive view, aesthetically showing clinker bricks in warm dark reddish to gloomy black and blue colours, according to lighting conditions.

In 2014, the “Wege zur Industriekultur” (pathways towards industrial culture) with 31 information boards along the way were created, financially supported by the municipality, in order to point out the special features in the port area. The association’s website documents 250 buildings and objects. Following the “long night of museums”, there have been exhibitions and publications, for example on architecture and history of the corsetry factory “Felina” in Mannheim, on the labour movement, and on Bauhaus architecture. The idea is to document, discuss and annotate buildings and their history in the entire Rhine-Neckar region. This can even keep some of them from being torn down, as is the case with the historic buildings of the mechanical engineering company Vögele, located in the Mannheim part of town called Neckarau. People petitioned for these – thus preserving an important part of the city. 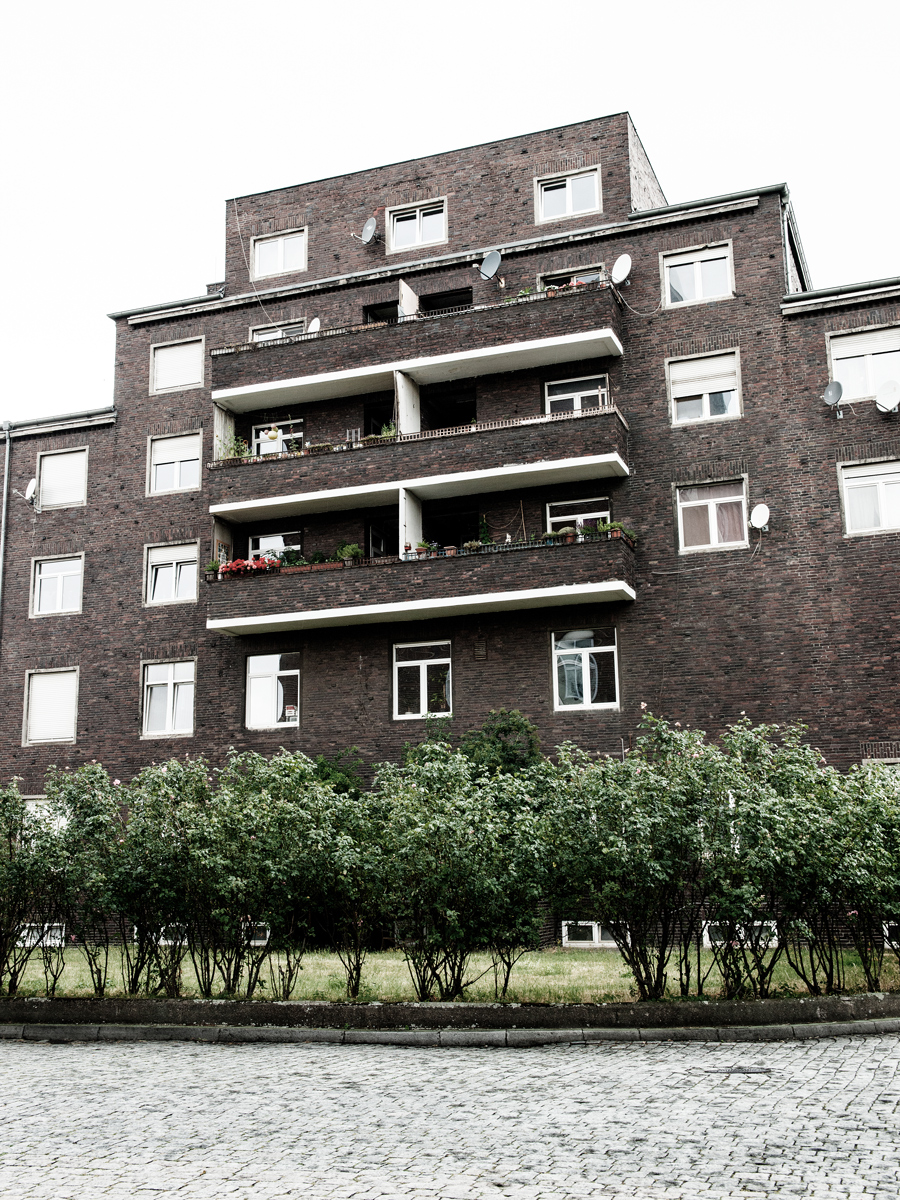 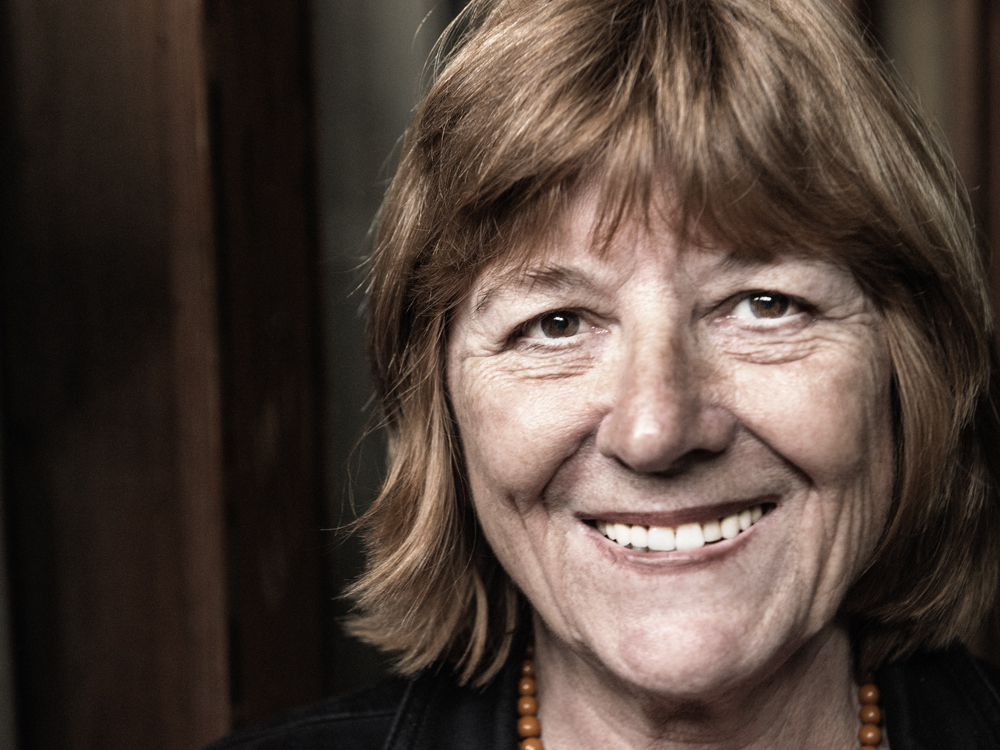