Get in, slow yourself down and enjoy—this is the motto of the Rietburgbahn chairlift. Industrial engineer Gerhard Weickenmeier wants to make the only chairlift in the Palatinate fit for the future and, at the same time, preserve its charm.

The two chairs approach slowly from behind you. Just take a seat and off you glide from an altitude of 315 to 532 metres within about ten minutes. The bustling sounds become lower and birdsongs and treetop rustling take their place. Only quiet squeaking can be heard when the cable car slides over the wheels of the pillars. When you’re halfway up, turning your head to the right you can make out Hambach Castle behind the treetops resting between green mountain ridges.

The Rietburgbahn is the only chairlift in the Palatinate. It is a nostalgic place that fulfils modern requirements. It has taken its passengers from the valley station, located west of Edenkoben and directly next to Villa Ludwigshöhe, up to the ruins of Rietburg castle—since 1954.

The idea was born at a regular meeting of two locals of Edenkoben: Hermann Alles and Ludwig Urschbach. They turned a “post-war miracle” into reality in their hometown. Back then, two horses pulled the concrete for the pillar foundations up the mountain on sledges. 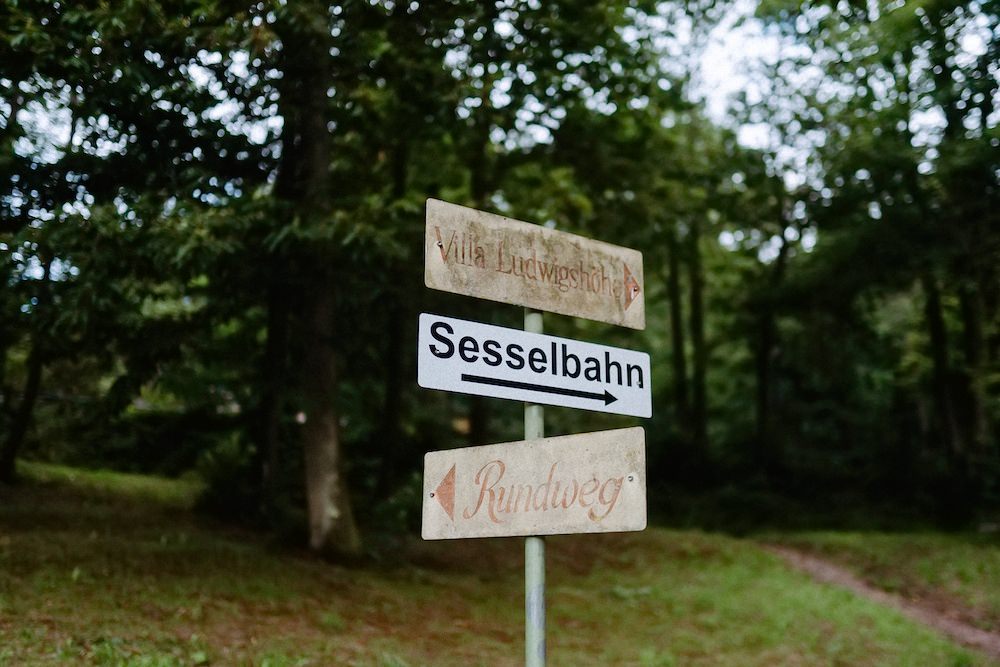 The Rietburgbahn is the only chairlift in the Palatinate. 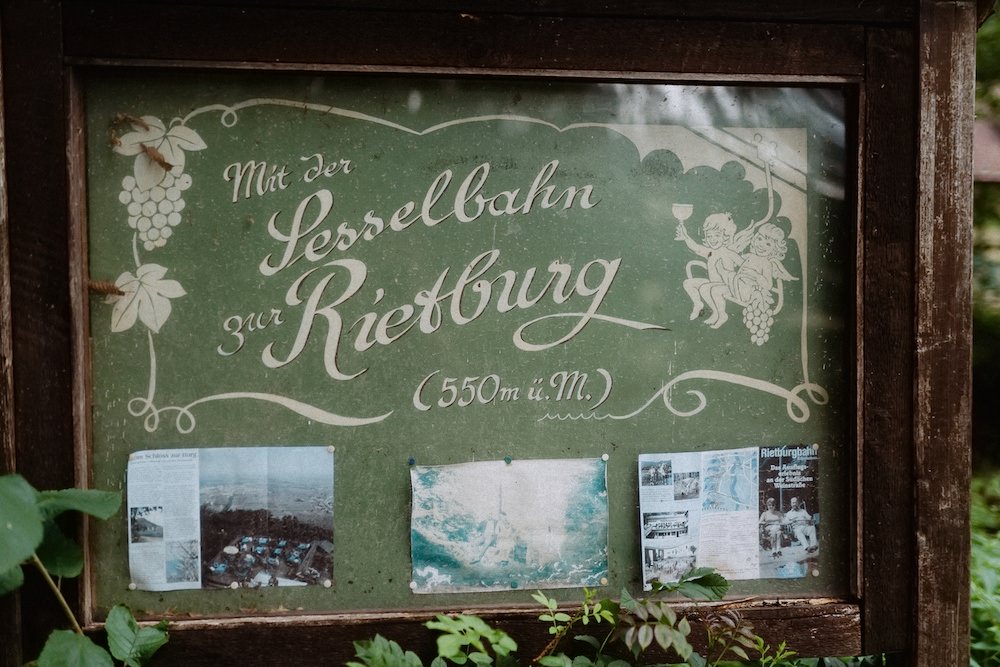 It is a nostalgic place... 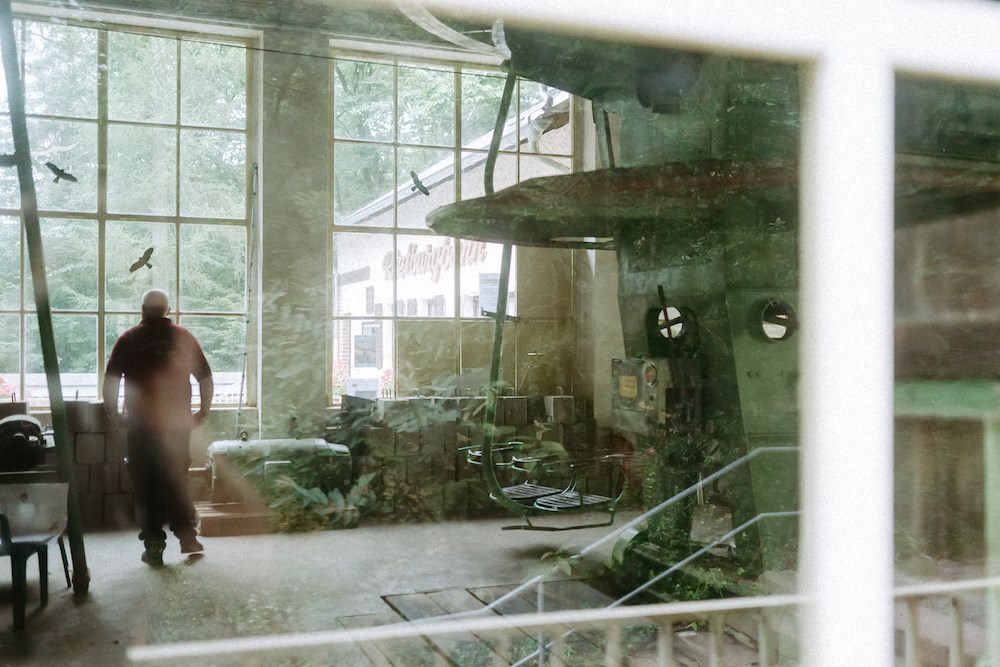 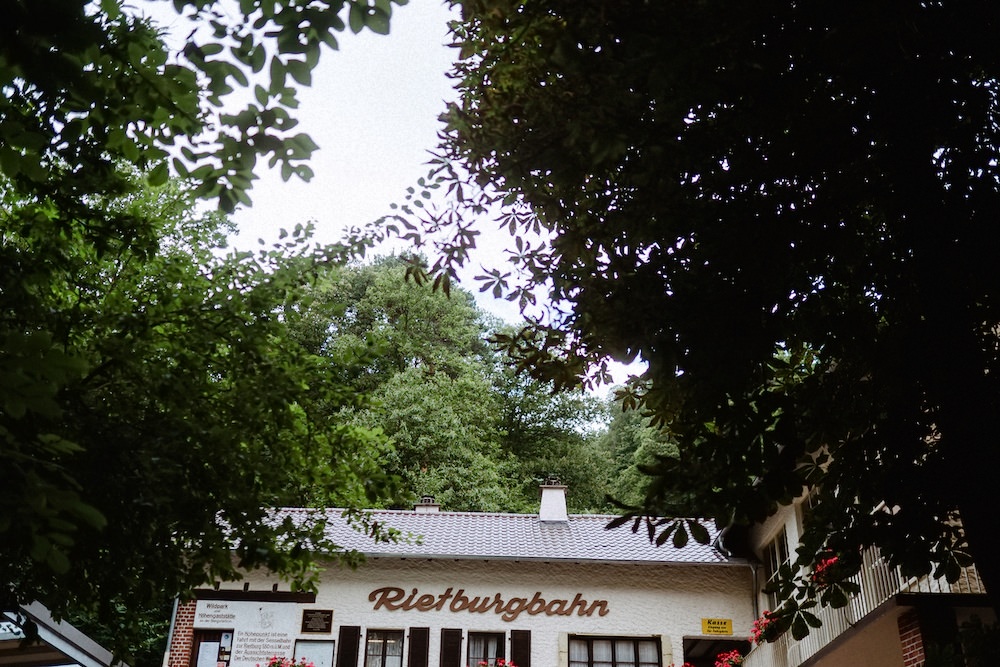 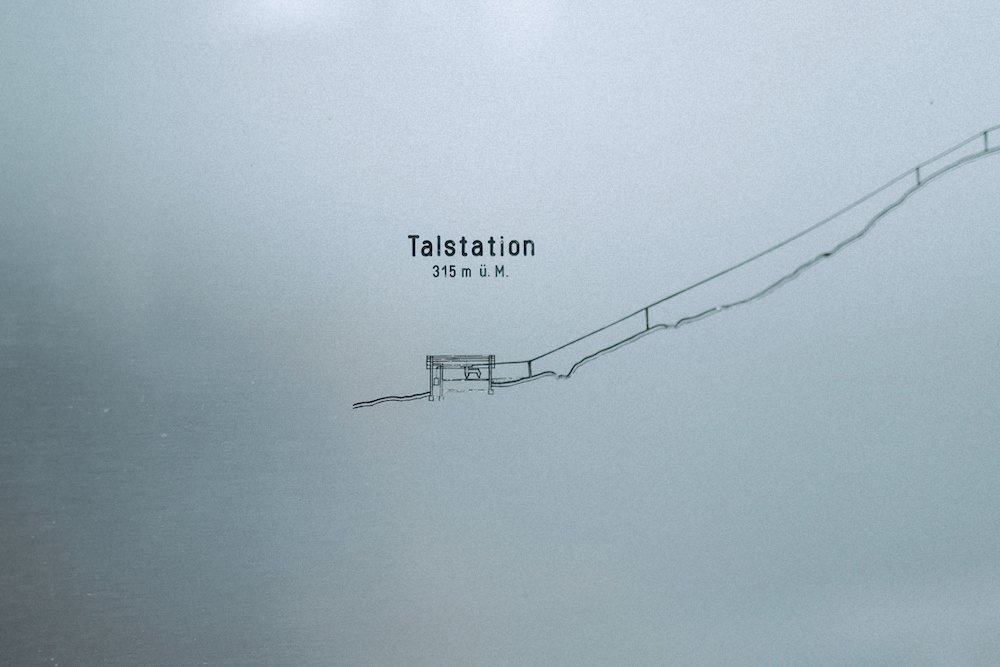 It has taken its passengers from the valley station... 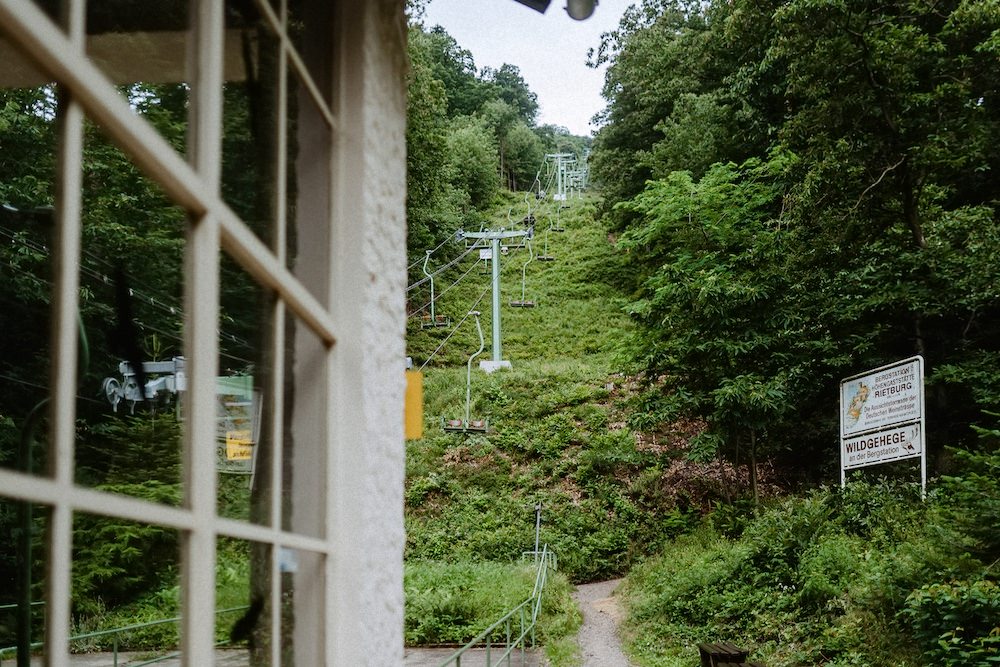 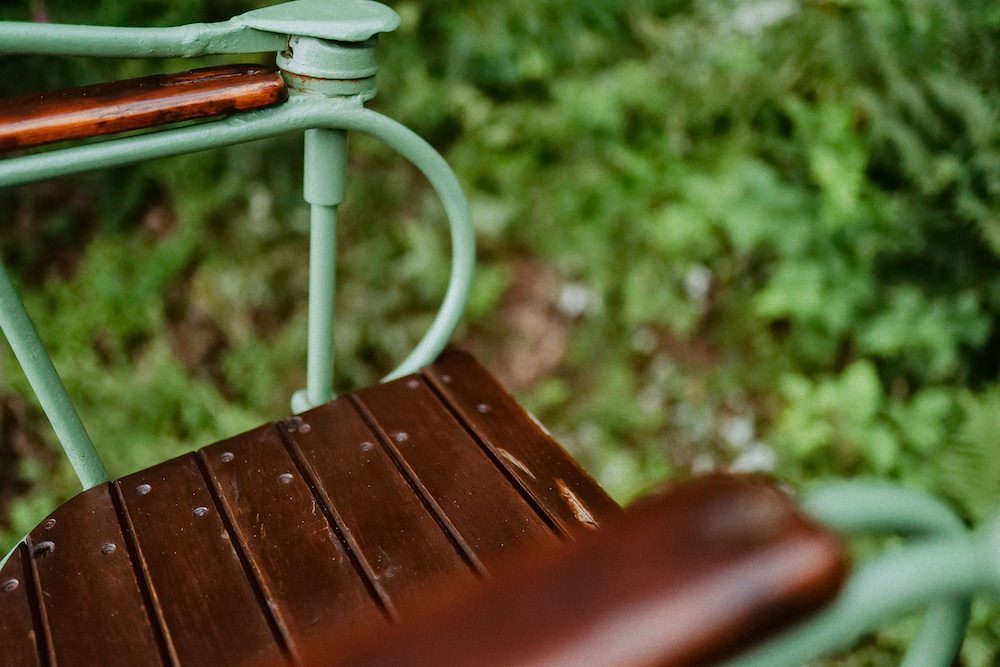 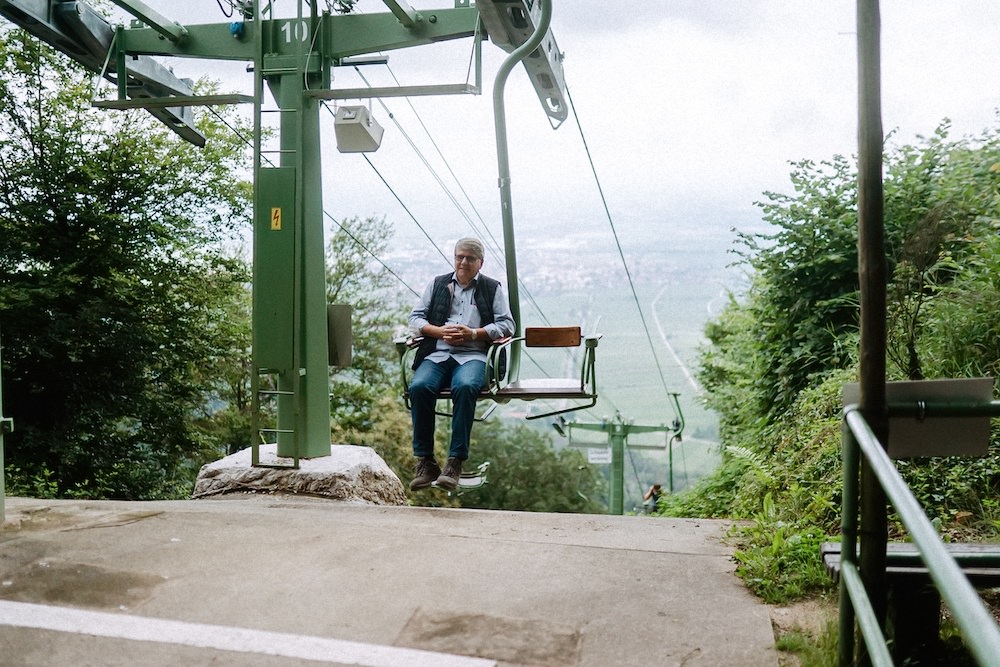 Gerhard used to spend time here already as a young boy. Once, his father wanted him to recite the lyrics of the Pfälzerlied hymn when they looked down from Rietburg castle at their first visit: “Along the German river, the green Rhine, oh Palatinate land you extend.” Gerhard can recite it to date. However, after spending his adolescence in the Palatinate, he was drawn out into the wide world: He worked for the car manufacturer Daimler. Some of the time in Stuttgart and in Mannheim. Some of the time in Indonesia and in South Africa. Finally, the industrial engineer retired early at age 58 and never had to wait long for a new occupation. In November 2018 he became the manager of the Rietburgbahn. The former operator, Heinz Alles, son of the co-founder Hermann, had died shortly before. Now, Gehard runs the business of “1. Pfälzische Sesselbahn GmbH” chairlift company together with Tina Mermer, daughter of Heinz. He has familiarized himself with the tasks and has consulted experts in Germany and abroad. His goal: “I want the chairlift to operate for sure for another 25 years at least.”

The chairlift is a novel feature in the landscape, an aerial gem

To reach this goal, the new manager embarked on a complete overhaul: The chairlift is being renovated, renewed and upgraded gradually. A new motor moves the cable. The wheel sets were removed with much ado, were blasted, checked, re-welded and galvanized. The nostalgic nature of the lift, however, is preserved: Old signs are still in place, the steel of the pillars and cars is painted in classic chairlift-green. “The chairlift is a novel feature in the landscape, an aerial gem in any case,” Gerhard says.

Safety matters a lot to the engineer. Passengers hover above ground no more than seven metres, so the thrill is kept within limits. But the Rietburgbahn has upgraded the equipment nevertheless. New cable grabs have been put in place to reduce the risk of derailment even further. And Gerhard has decreased the lift’s speed: The cars move at an average 0.85 to 1.1 metres per second. It can slow down to 0.1 metres when passengers take their seats. This “slow motion” is a speciality of the Edenkoben chairlift. Gerhard’s motto is: get in, slow yourself down, enjoy! And: Whoever helps people getting off at the top station, looks into happy faces.

Reaching the top station at 532 metres, Gerhard takes a handful of corn and walks to the game enclosure. It is part of the company just like the restaurant at the valley station. 18 fallow deer live there. Looking over with wide eyes, they observe visitors on the other side of the fence attentively, yet fearlessly. A whole flock approaches Gerhard as soon as he holds his hand close to an opening in the fence. He is particularly proud of Tom, the “double-headed animal”: The deer developed a second set of antlers in the second year of his life—without shedding the first one. You’ll probably get muddled up when you attempt to count the edges.

A few hundred metres from the game enclosure there is the “Pfalzterrasse” restaurant next to the ruins of Rietburg castle. It offers trippers Palatinate specialities, spritzer, coffee and cake and a broad and beautiful view while they refresh themselves. Today, you can particularly enjoy the bright-green sea of grapevines. Behind it, the landscape fades into haze. On days with a clear view, there is, however, hardly anything that you can’t see from here: the Worms and Speyer Cathedrals, the high-rise buildings of Frankfurt Westend, the towers of the Mannheim large power station and the Strasbourg Cathedral. It feels like opening up an atlas of the southwest region.

The easiest way to reach the valley station is by car. If you take the train to Edenkoben, you must do a good hour’s hike or take the bike to reach the chairlift. Up to 1,000 people make use of the Rietburgbahn on fine-weather weekends. The staff has counted some six nationalities in a day. Gliding in the cable car is turned into an even more special experience during special events: The Rietburgbahn offers lantern rides three times per year—all cars are illuminated. And the spritzer ride features a glass of the Palatinate’s national drink to enjoy while above the ground. Another event is the family weekend that offers a puzzle tour and raffling for children.

On the ride down into the valley, Gerhard lets his gaze wander along the chairlift line and the renewed concrete foundations of the pillars with contentment. He finds he has a meaningful task. “This really keeps you mentally fit. Everything you do here is like staging the debut performance, you need to implement a unique solution each time.” The 67-year-old equipment needs maintenance, of course. But this is exactly what appeals to him. “You could call it a passionate hobby—it’s like refurbishing an old-timer.” 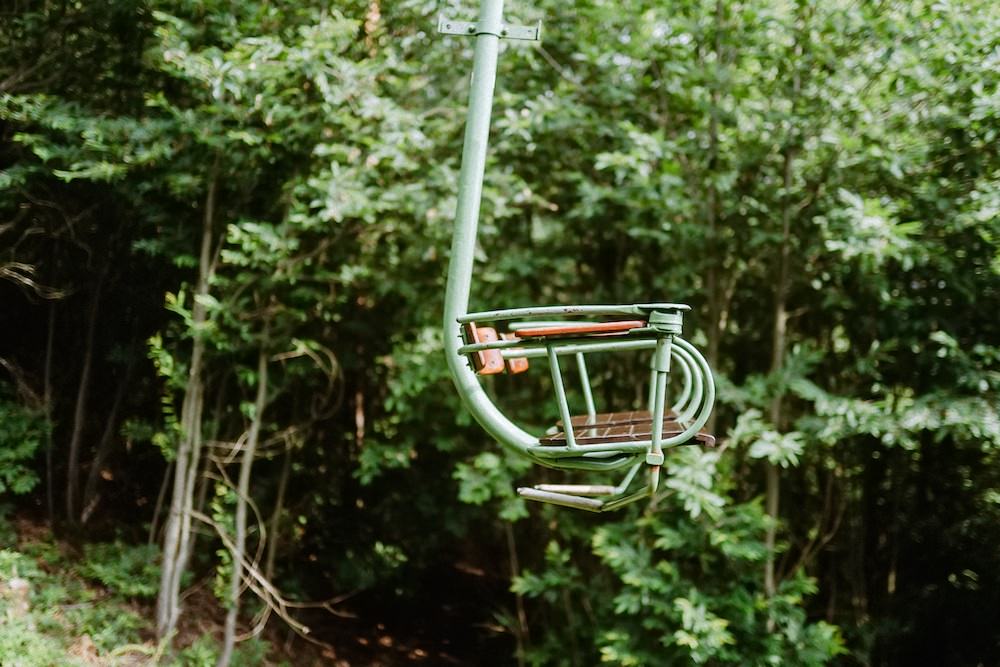 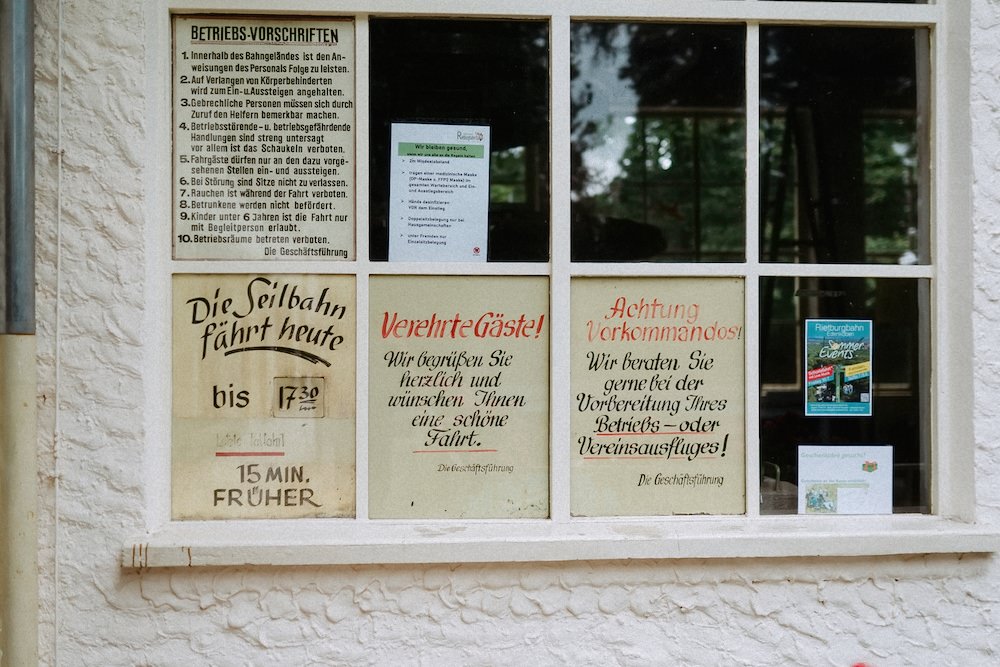 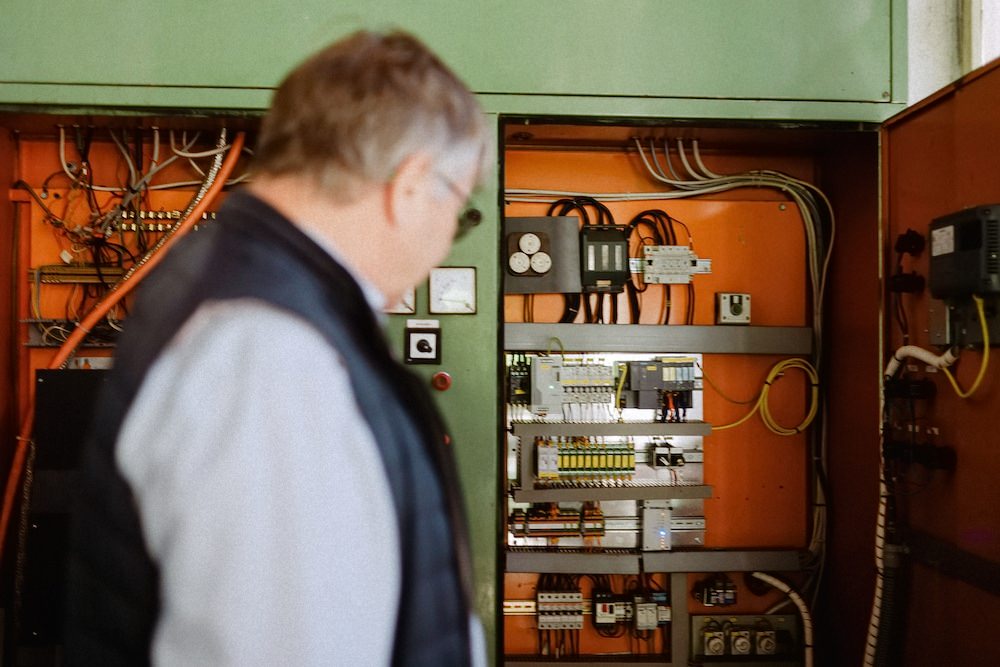 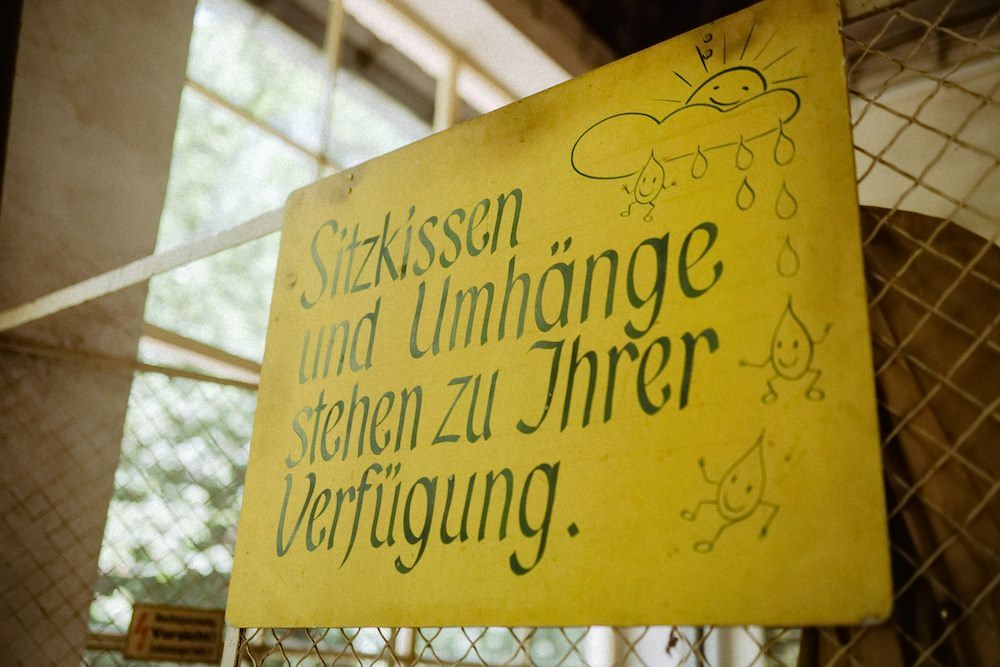 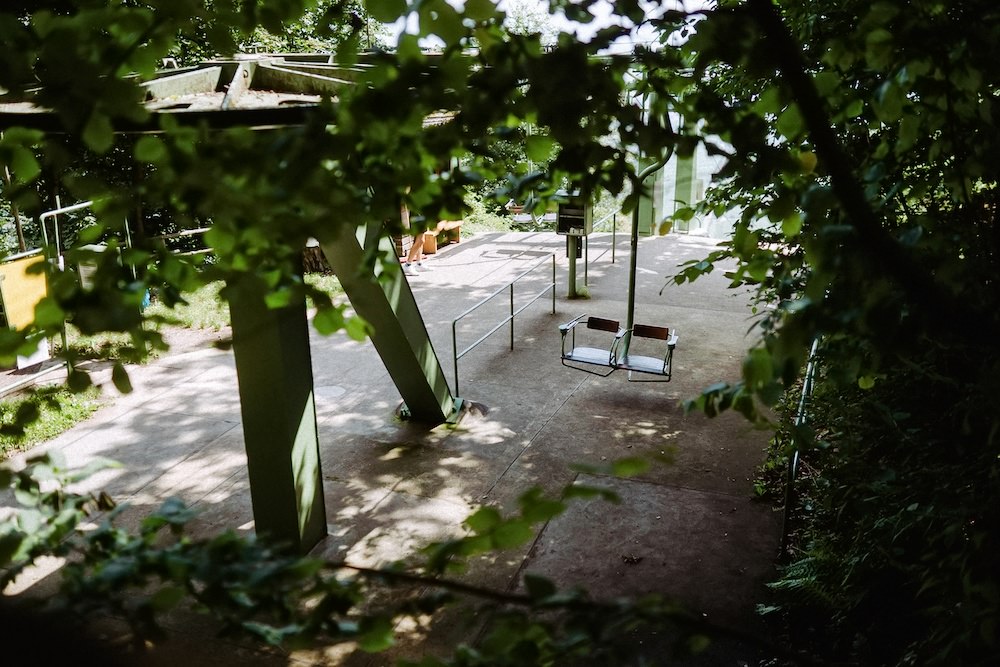 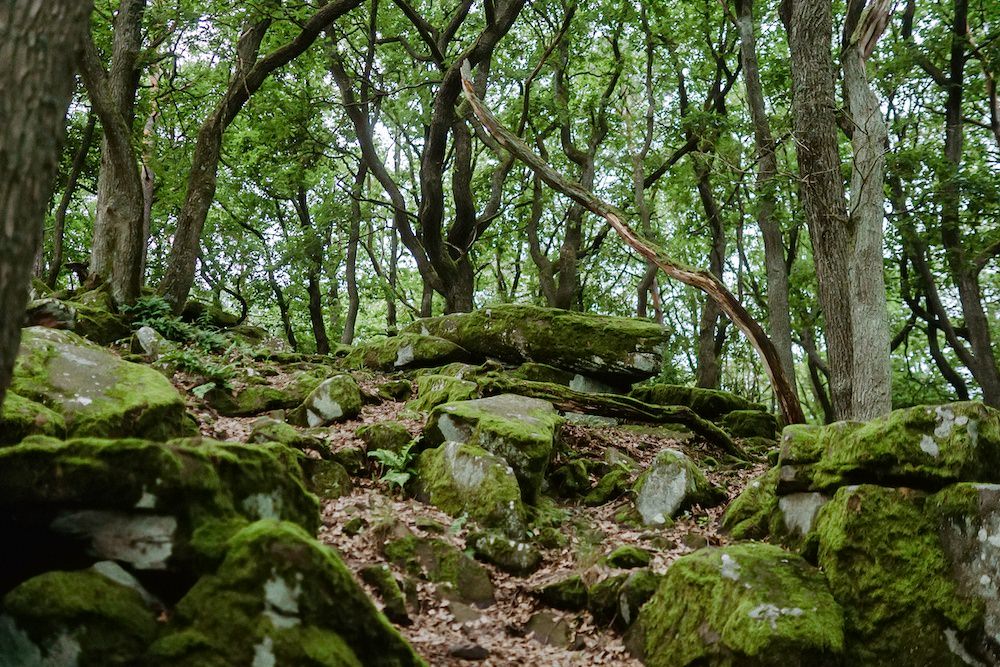 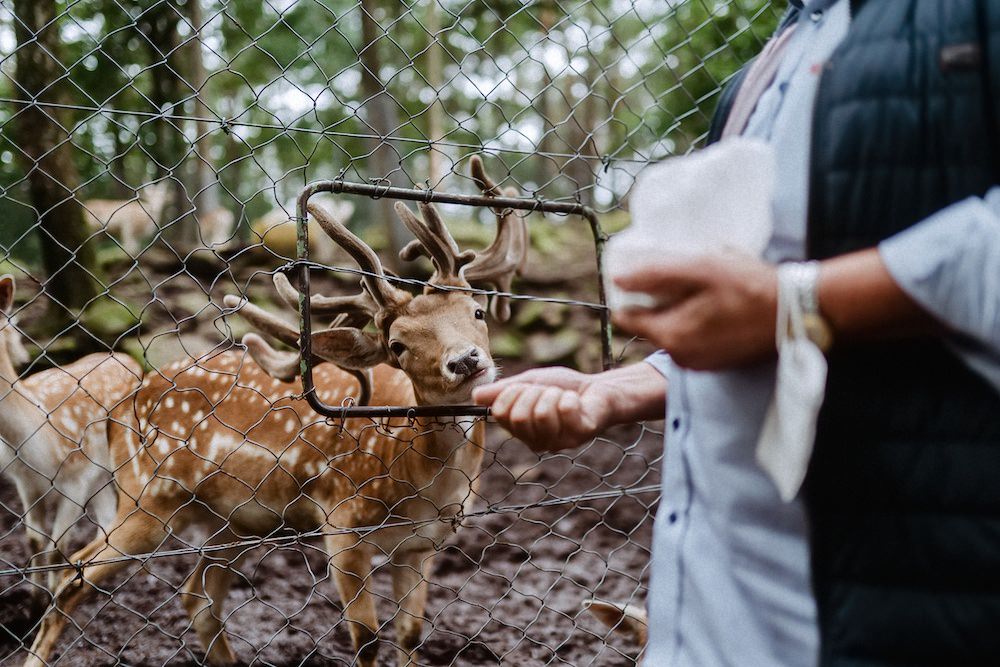 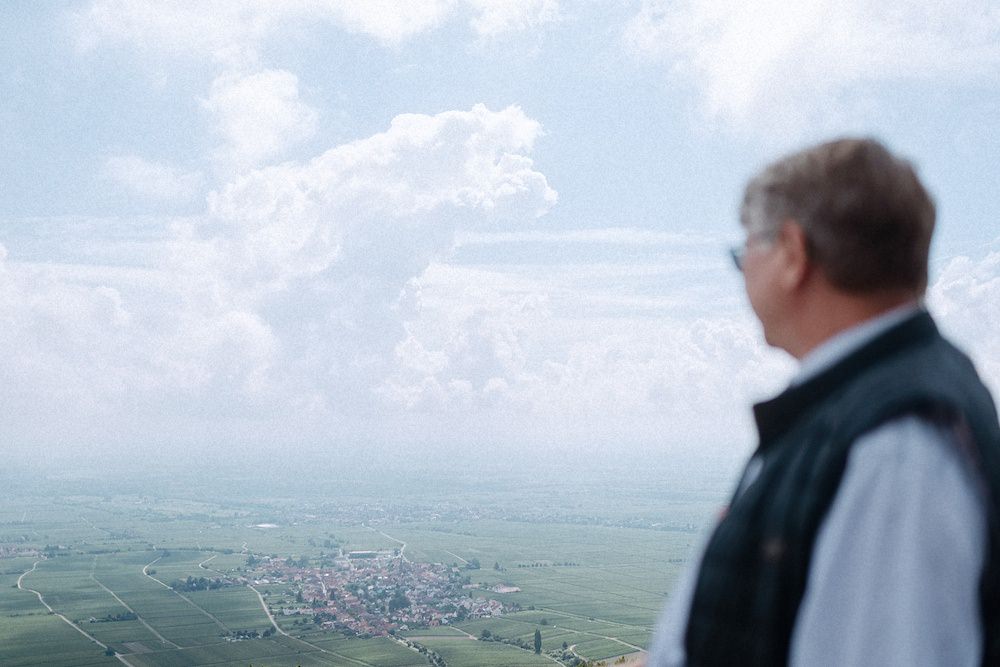