Hambach Castle at the edge of the Palatinate Forest is considered the cradle of German democracy: In 1832, almost 30,000 people came together here for a festival, carried out in order to fight for freedom and solidarity. The European Heritage Label certifies that the importance of the historical site reaches right into the present.

Anna has walked 20 kilometres, from Bad Dürkheim all the way to Hambach. The daughter of a wine grower reports with excitement in her voice of villages decorated with fir branches and flowers, of gun salutes, of ringing bells and bonfires. It is May 27, 1832, almost 30,000 people from Germany, France and Poland have gathered at the ruins of Hambach Castle. They boisterously celebrate a festival for democracy, fight for the freedom of expression and the freedom of the press, for tolerance and unity.

In the exhibition “Hinauf, hinauf zum Schloss!“ (“Upwards and onwards to the castle!“) Anna makes history come to life by telling her moving story at one of the audio stations—just like other fictitious visitors of the festival: a student, a carpenter’s wife, a physician and a journalist. They tell us how they experienced the Hambach festival, speaking to people living in a time in which Europe is put to a crucial test with regard to many aspects. It is a time in which Brexit and the euro crisis, waves of refugees and the political swing to the right face politicians and the entire society with considerable problems.

This Europe starts here too, at Hambach Castle. Or so it says on the plaque referring to the European Heritage Label—an award by the European Commission making castle manager Ulrike Dittrich especially proud. Only such historical sites are honoured with this label which symbolise the European culture and history in a special way or played a key role at the European integration. Amongst these are the sites of Ancient Athens, as are the sites of the Peace of Westphalia and the historical area of the shipyard of Gdańsk, where the trade union Solidarnosc was founded. 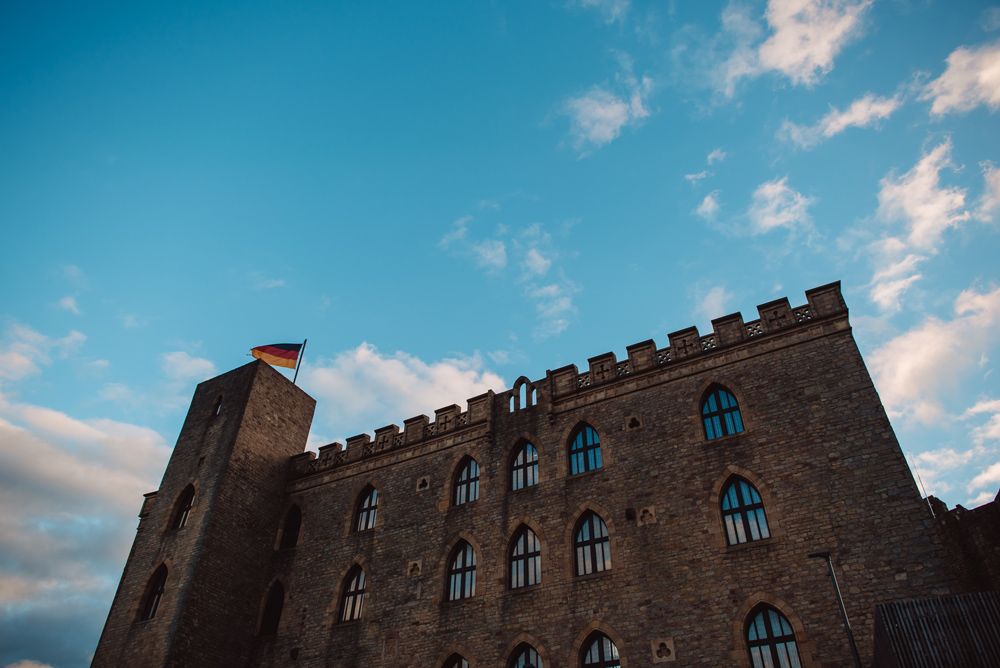 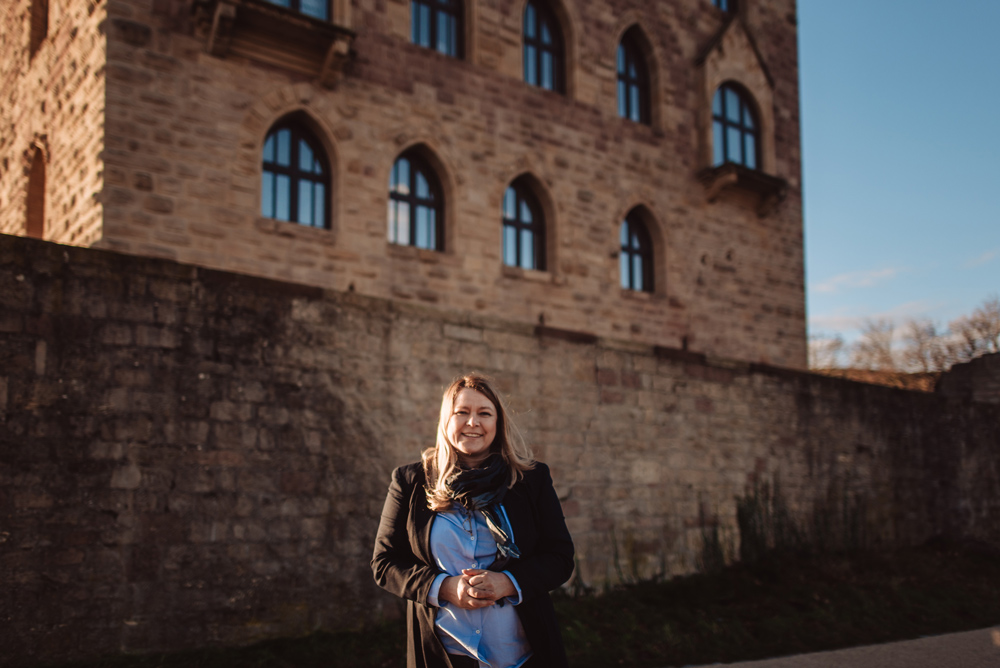 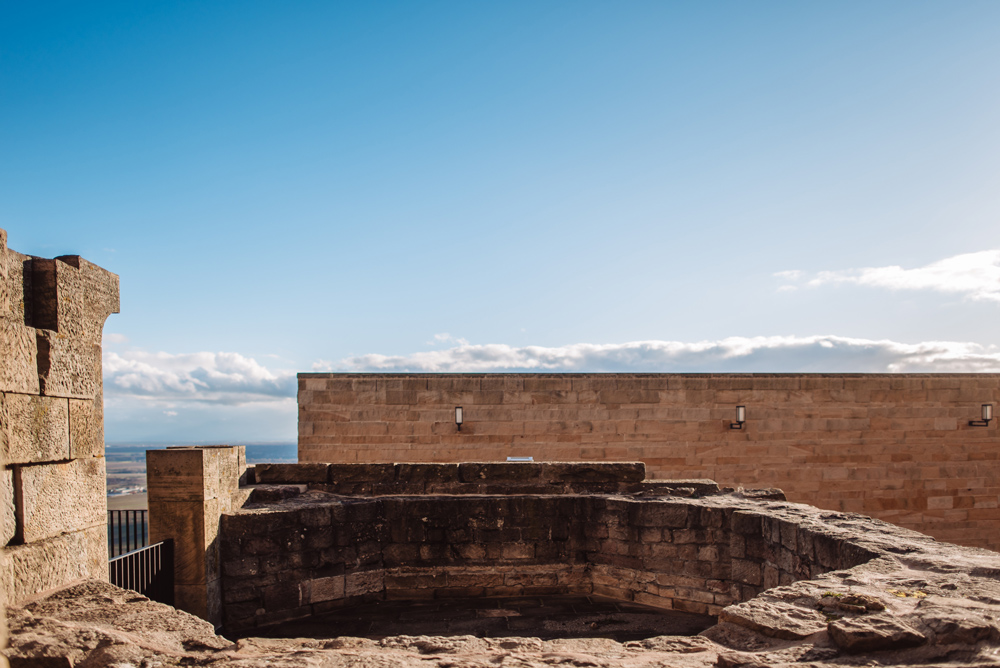 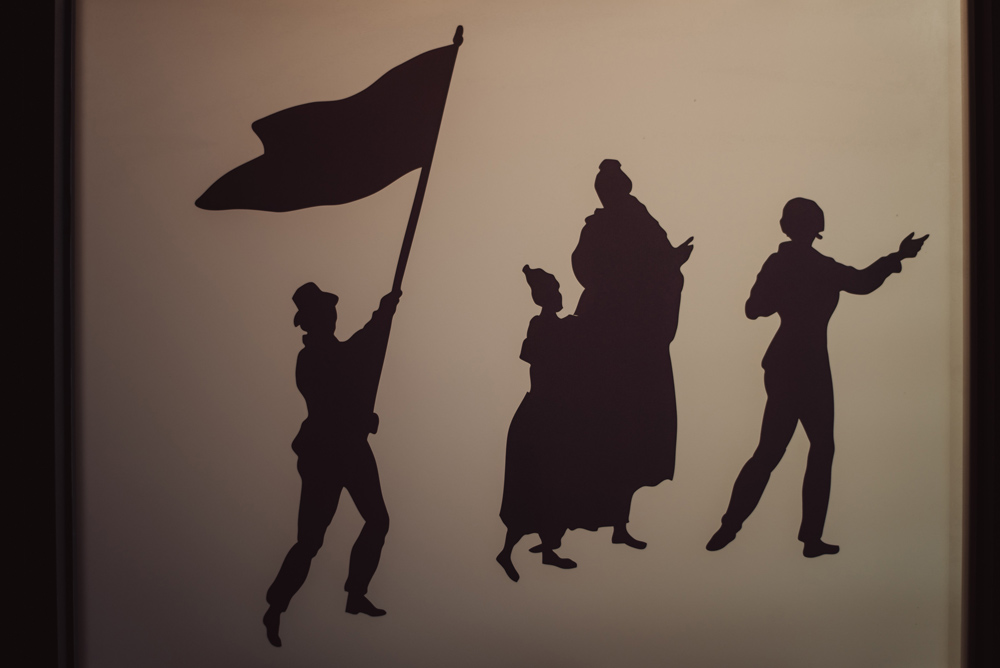 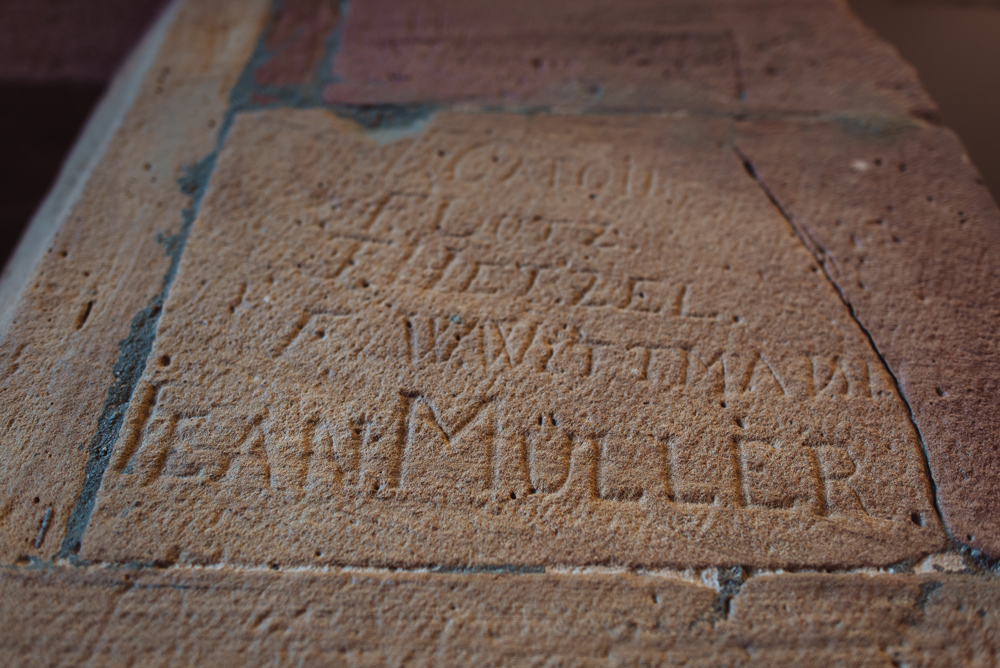 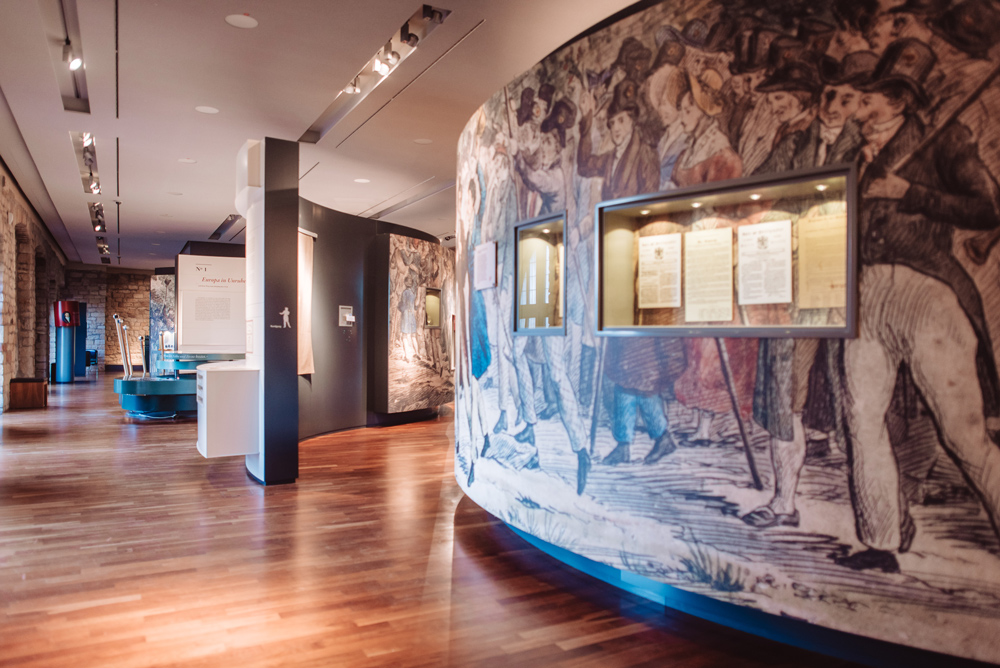 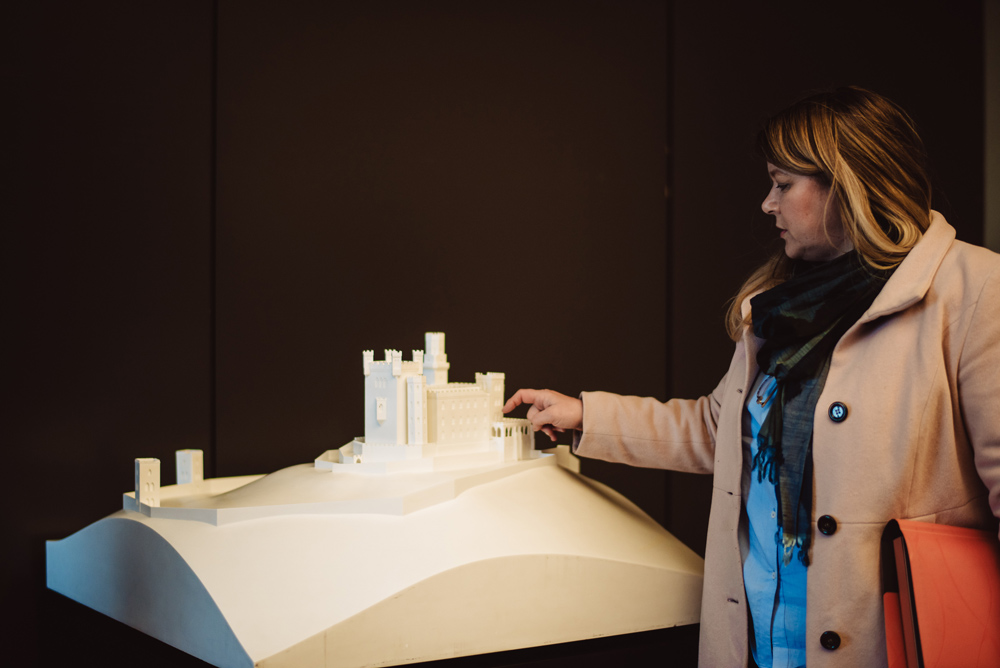 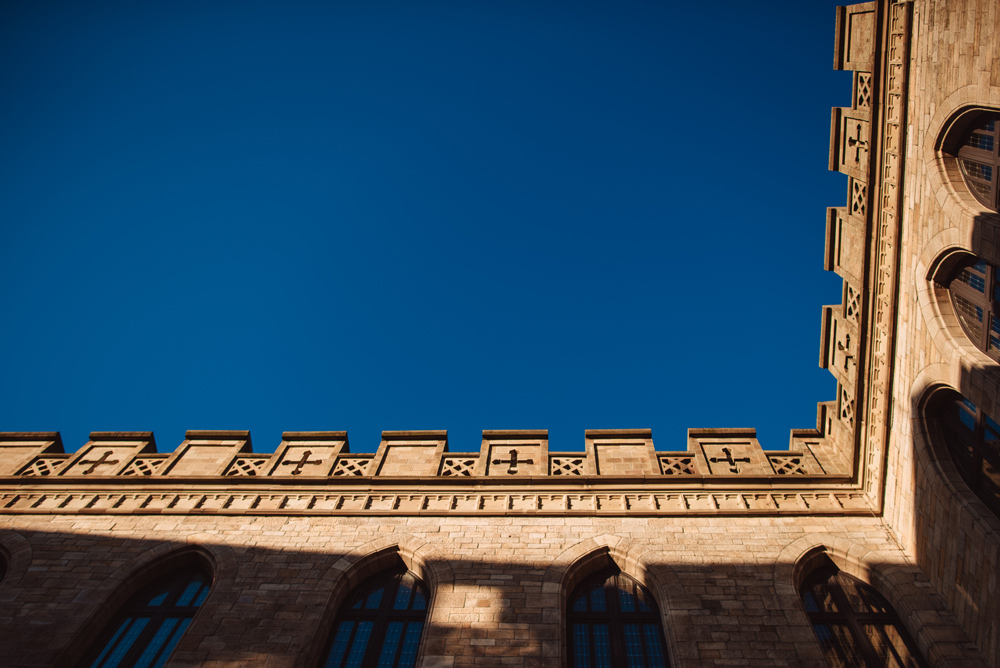 Ulrike Dittrich is standing on the scenic road, at an altitude of 325 metres, in the midst of “1000 years of architectural history.” The sky is sharp blue, the wind icy, the view from the foothill of the Haardt: breath-taking. Some say, on days with an exceptionally good view you could see all the way to Strasbourg Cathedral. Ulrike Dittrich is a career jumper and, of course, a European by conviction. Brought up at the tri-border region at Lake Constance, she pursued her passion for culture quickly after she had studied ceramic engineering. After ten years as an event manager at Engers Palace in Neuwied, Ulrike Dittrich’s path took her to the Palatinate region. Today, the castle manager lives in Neustadt on the wine route.

“A place of longing for all those appreciating free thought and freedom of speech.”

Behind Ulrike Dittrich, the massive masonry made of ashlars towers up. Breaking-lines in the sandstone bespeak a history of brutal demolition. Further back, the western outer wall, which is a remnant of the castle keep, protrudes. In the inner courtyard, a round mark on the ground shows where the well once was embedded. In the Middle Ages, the former Kästenburg, which was constructed around 1030, was one of the most significant fortresses of the diocese Speyer. French troops finally demolished it in 1688, during the Palatinate War of Succession. An expansion carried out in the 19th century remained unfinished. It was as late as the 1980s when Hambach Castle was renovated—for the 150th anniversary of the Hambach festival. Beginning in 2006, the last reconstruction measures were carried out according to the plans of the architect Max Dudler. A short while later, he added the building at the historical lower ring wall, housing the “Restaurant 1832”, and the visitor centre next to the castle gate to the castle site. The most recent construction works made Hambach Castle arrive in the present once and for good: There is latest technology inside the walls. An elevator made of glass takes visitors to modern conference and event rooms, as accessibility has played a major role at the construction measures since 2006.

Workshops and concerts, readings and discussions, thematic tours and theatre: Ulrike Dittrich and her team make sure that Hambach Castle is not just a historical memorial, but a politically significant place of the present and the future.” The central question of the Hambach talks in 2017, 185 years after the Hambach festival, thus was “Democracy in crisis?.” “The present political situation unfortunately makes it easy for us to demonstrate workshop participants that democracy cannot be taken for granted,” Dittrich says. That it always had to be fought for and developed over and over again. “This is a task which will remain to be tackled for quite a while.” In her opinion, Hambach Castle is a place of longing for all those appreciating free thought and freedom of speech.” You could almost feel the nature of freedom here, she says. It is crucial for Ulrike Dittrich that people who already know the place can always discover something new at Hambach Castle.

The exhibition inside, too, bridges the past and the present. It shows the remains of the original black-red-golden flag bearing the writing “Germany’s revival” which was hoisted back then at the Hambach festival in 1832. The exhibition offers the visitors figures and facts, stories to be listened to, costumes for trying on, and a replication made with a lot of love for detail, which does not only attract children.

In the second exhibition room, you can find pieces of paper on which visitors put down their thoughts, thoughts that they would write on their Hambach flag: “Every day, time and again, we citizens have to actively live out democracy,” one of them reminds. Another one wishes fairer payment for working women. And a third note concerning the descendent of a Palatinate emigrant from Kallstadt takes you right back from the German and European history into the present with its four words: “Away with Donald Trump.” 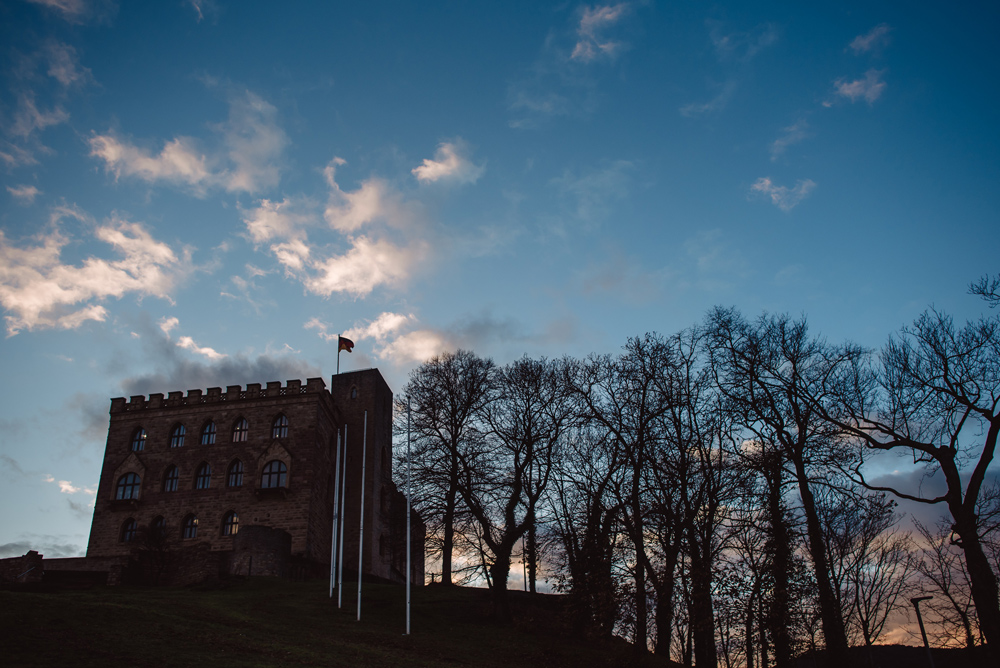 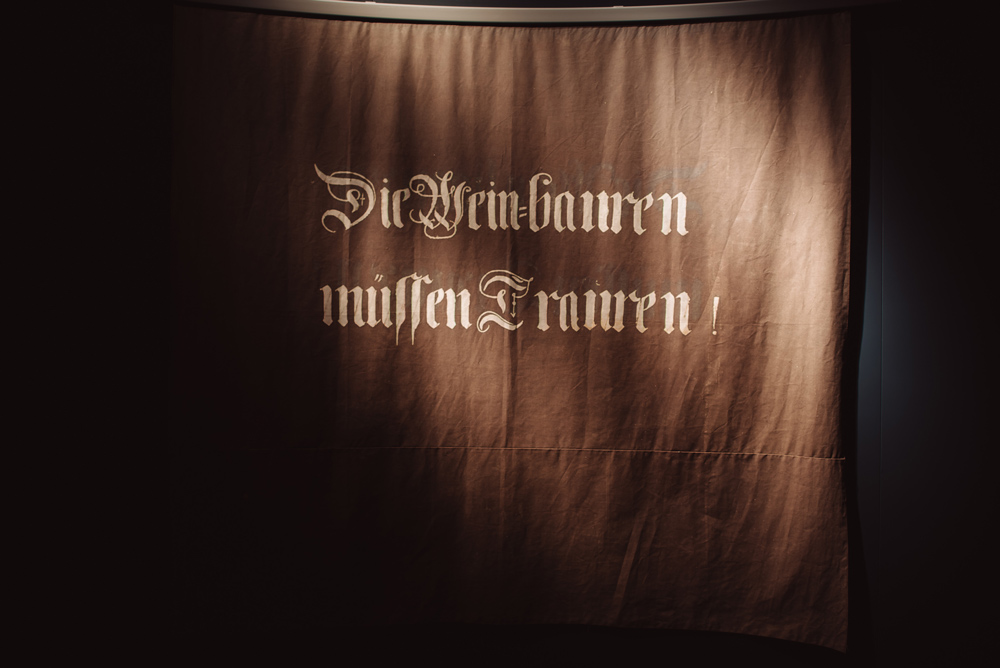 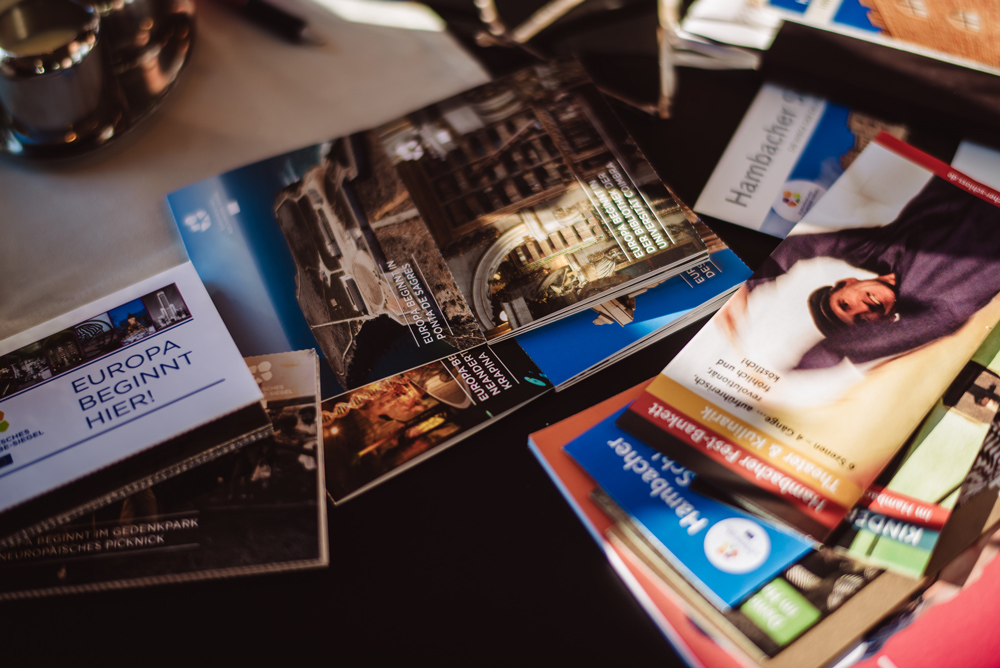 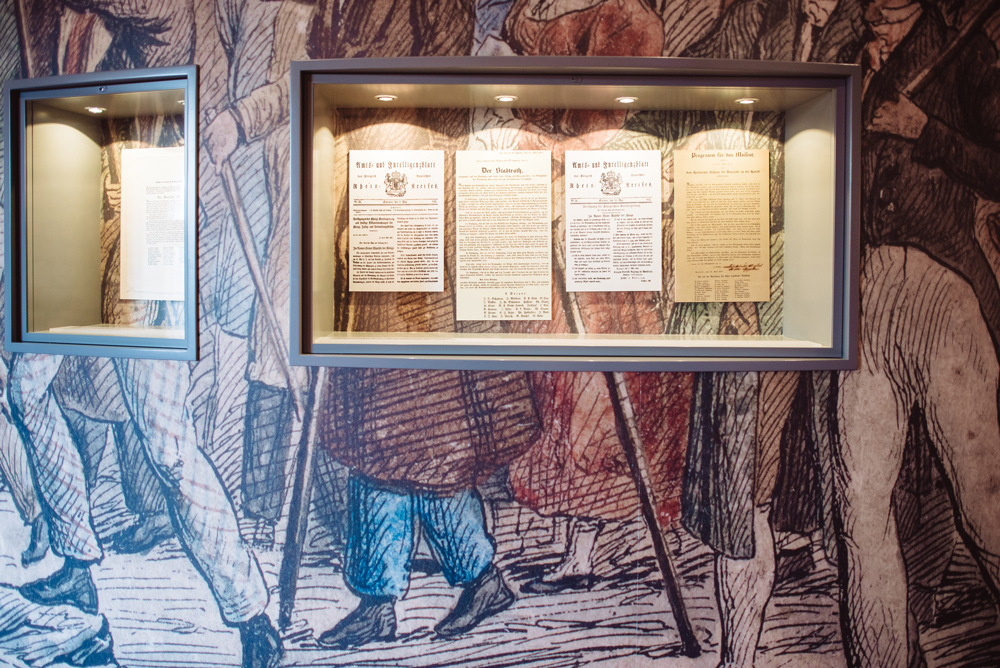 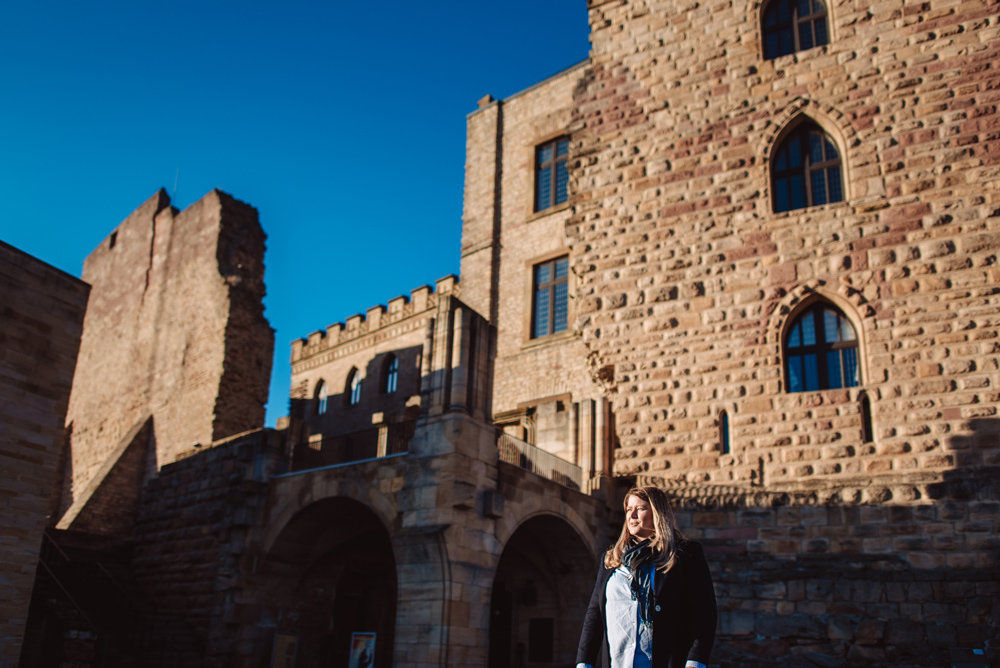 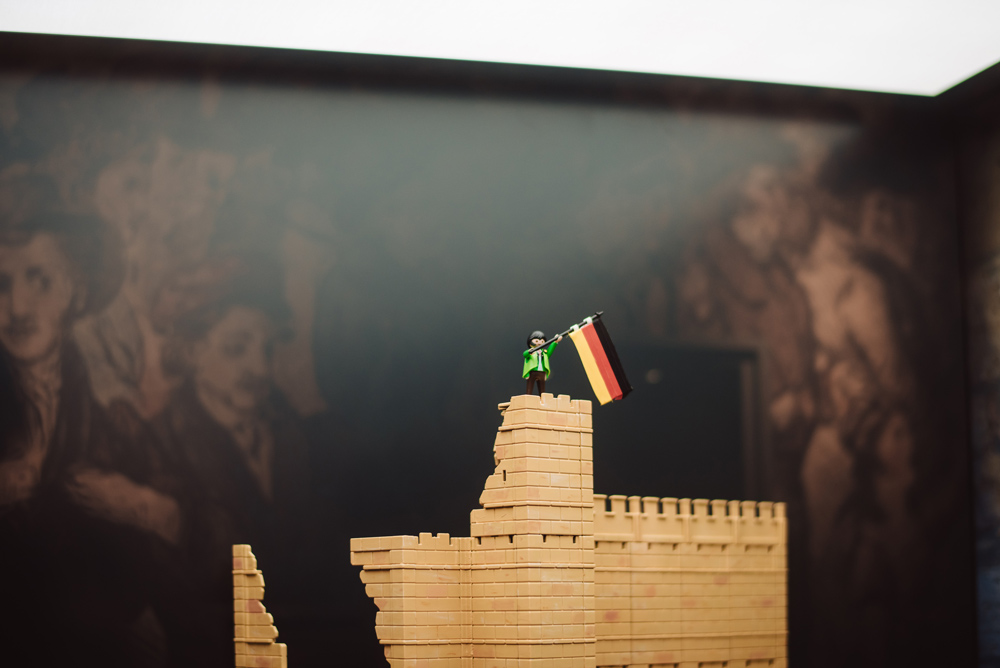 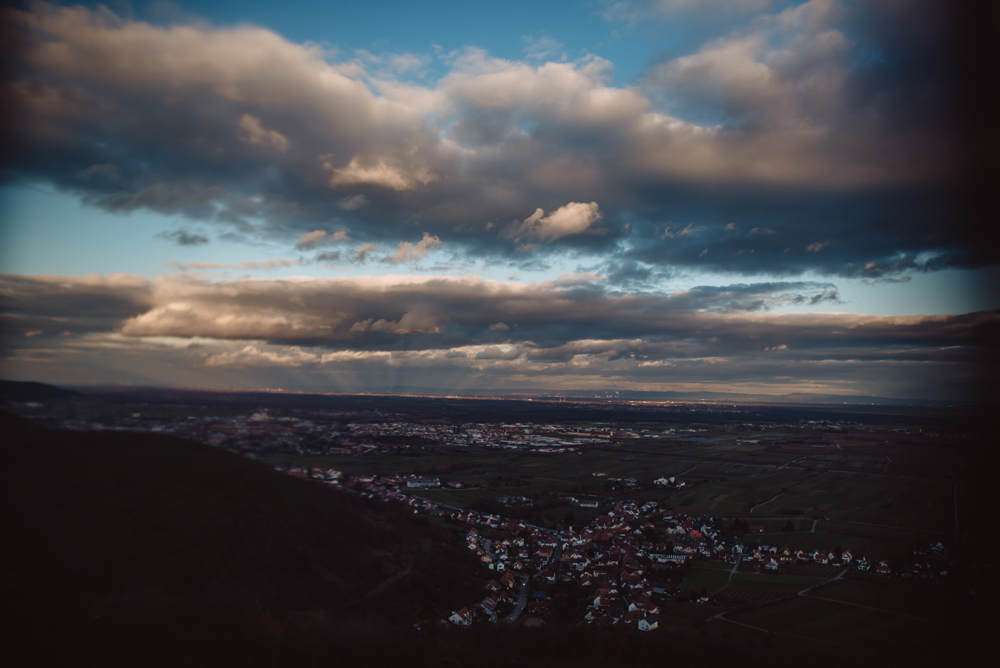 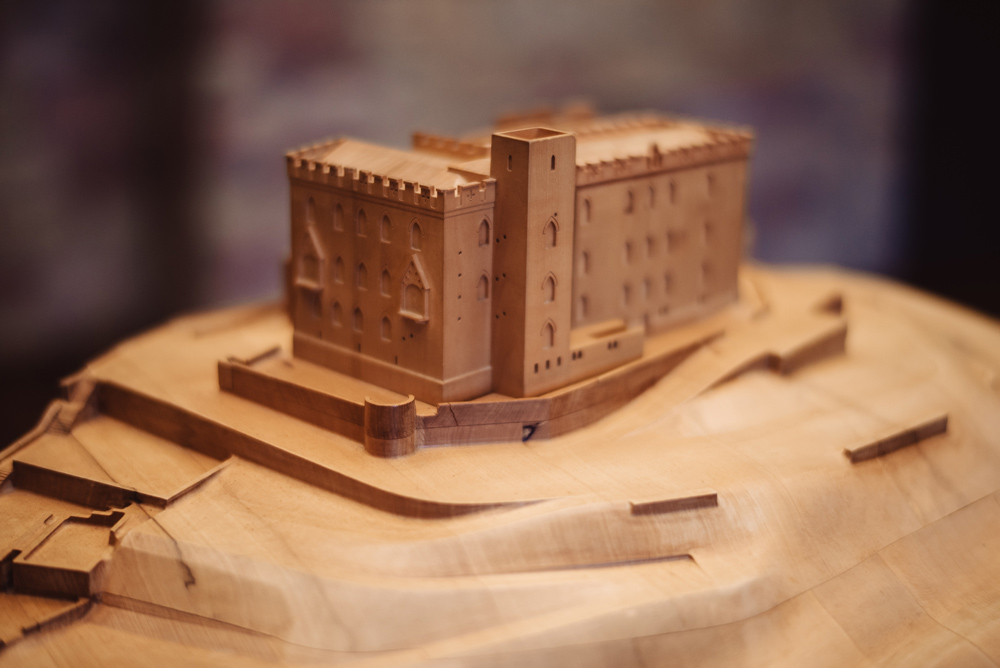