Through the forest, through a tunnel and over viaducts: Solar powered rail trolleys now run between Mörlenbach and Wald-Michelbach, in the Forest of Odes, via the decommissioned forest train line. Managing director Holger Kahl has brought many parts of his personal history into the project.

It is quite cool in the tunnel, making it a bit easier to struggle through the 697 meters without sunlight. The lights on the ceiling illuminate the wet rocks and sandstone around us, while we slowly approach the sunlight ahead, which powers the trolley. Over a length of 9,6 kilometers, between Mörlenbach and Wald-Michelbach, tourists can travel the decommissioned and landmarked old forest train line, using trolleys. On the roofs of the yellow hybrid trolleys solar panels have been installed. Each trolley offers seats for up to eight passengers, with up to four people pedaling. In the end though it only needs one person pedaling though, but we shall get to that later.

The forest train line was active beginning in 1901, between Wahlen and Mörlenbach, where it connected with the Weschnitztal line. The last passenger train was initiated in 1983, and beginning in the mid eighties Coronet, a household goods manufacturer from the region, used the section between Mörlenbach and Unter-Waldmichelbach, until the last freight car left the tracks on March 31st, 1994. “The tracks were badly deteriorated,” says Holger Kahl, managing director of the non-profit Überwaldbahn GmbH.

When the railway company planned to sell parts of the grounds, the Bergstraße district, as well as the communities Michelbach, Mörlenbach and Abtsteinach decided to buy the train line – and to maintain it. “We definitely had the idea of using the line for public transport in the future,” Kahl explains. But in the meantime they needed a different form of use. A hiking and bike trail didn’t make sense, because of the tracks, and trolleys which rely on the muscular effort of the driver alone, couldn’t take on the steep inclines. This was when the idea of using electric motors and solar power came about. Which we are told, were the world’s first of the kind at that time. 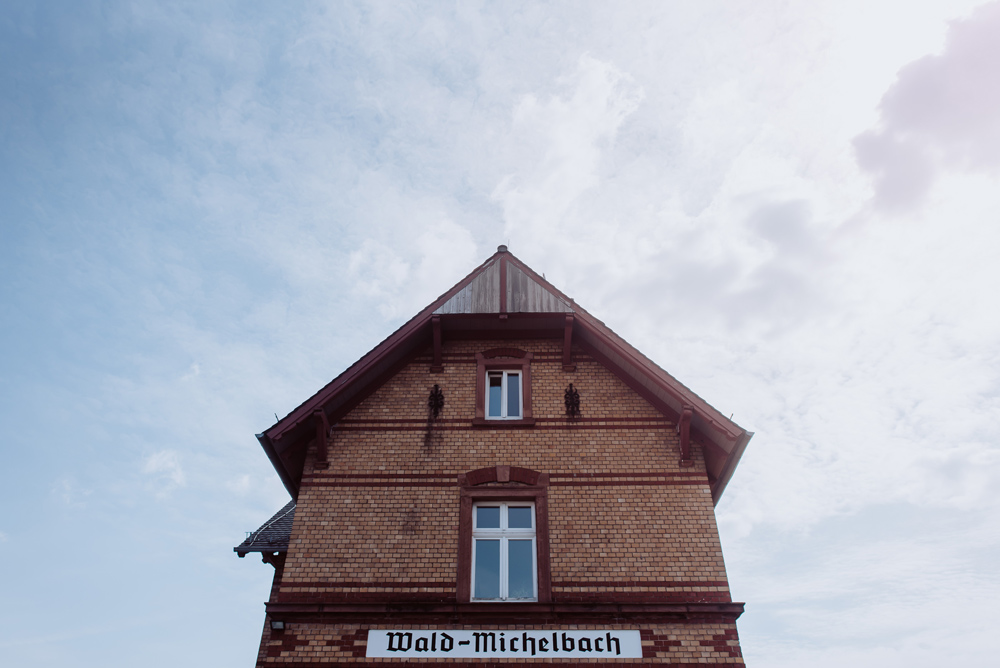 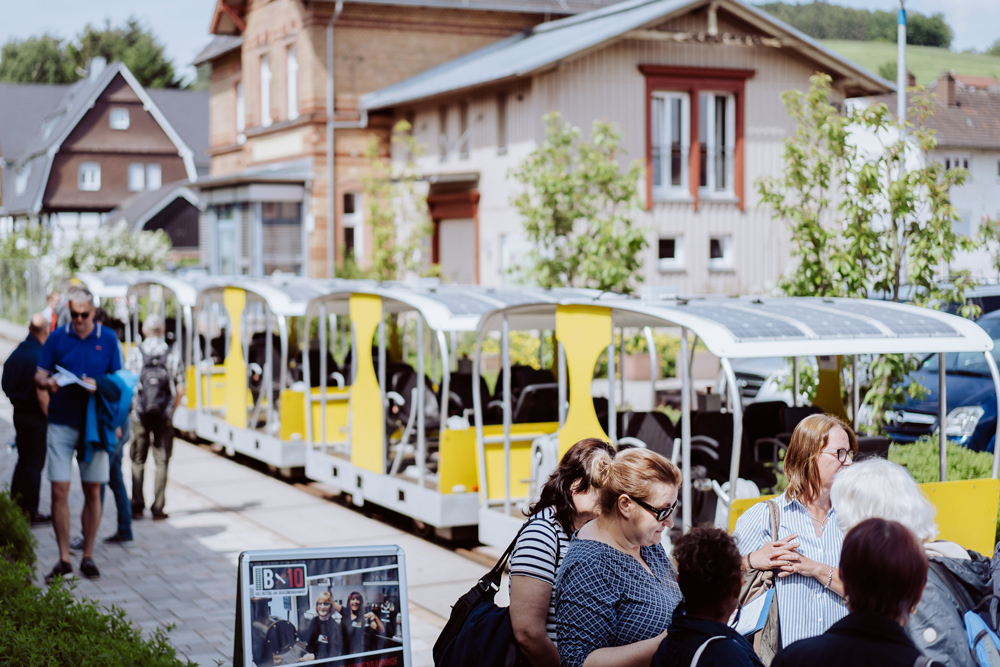 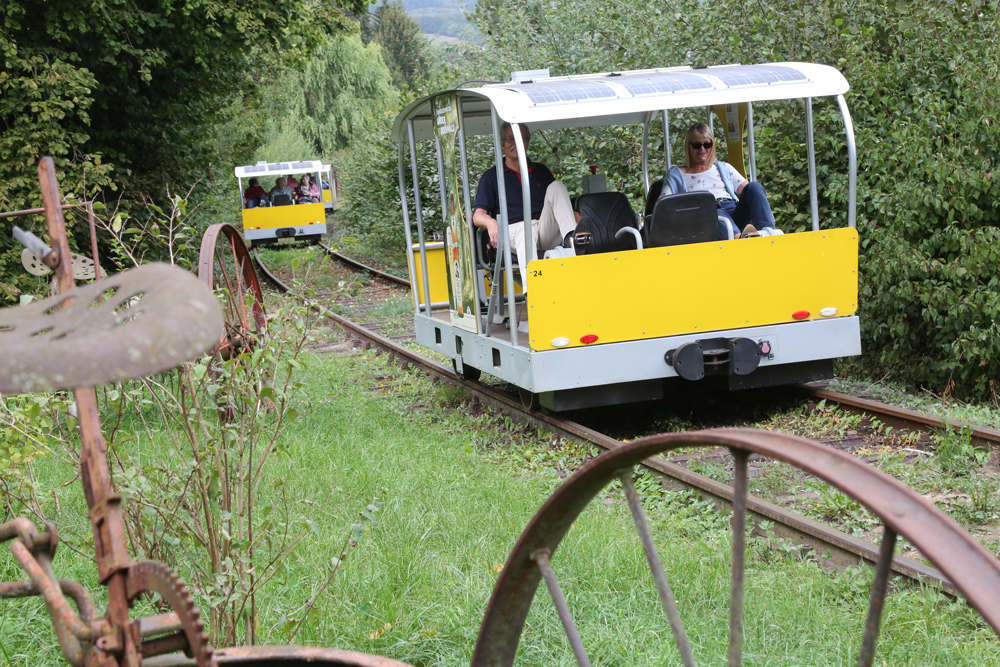 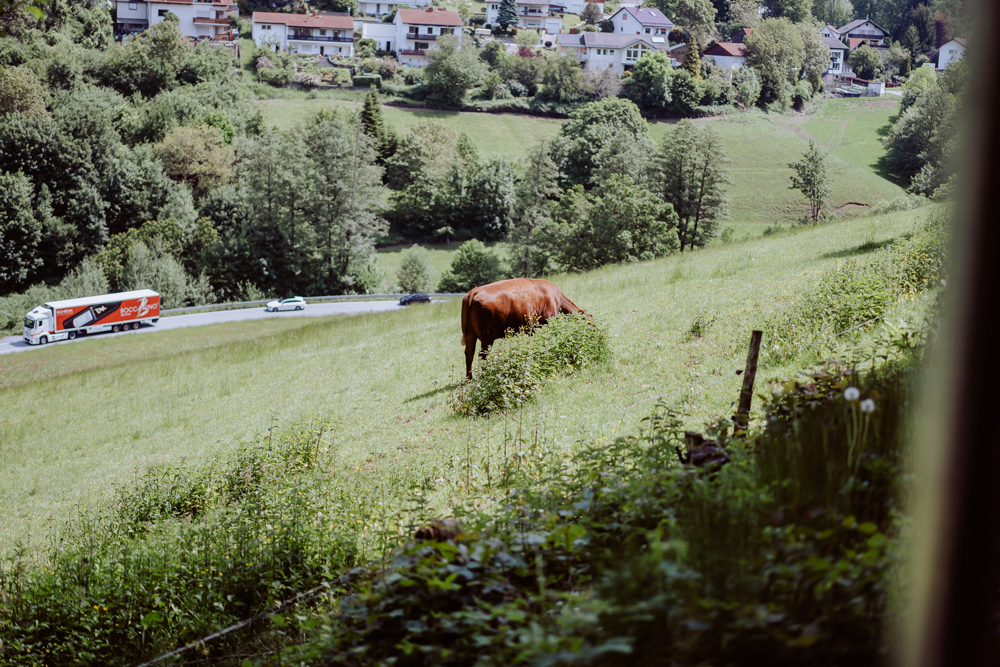 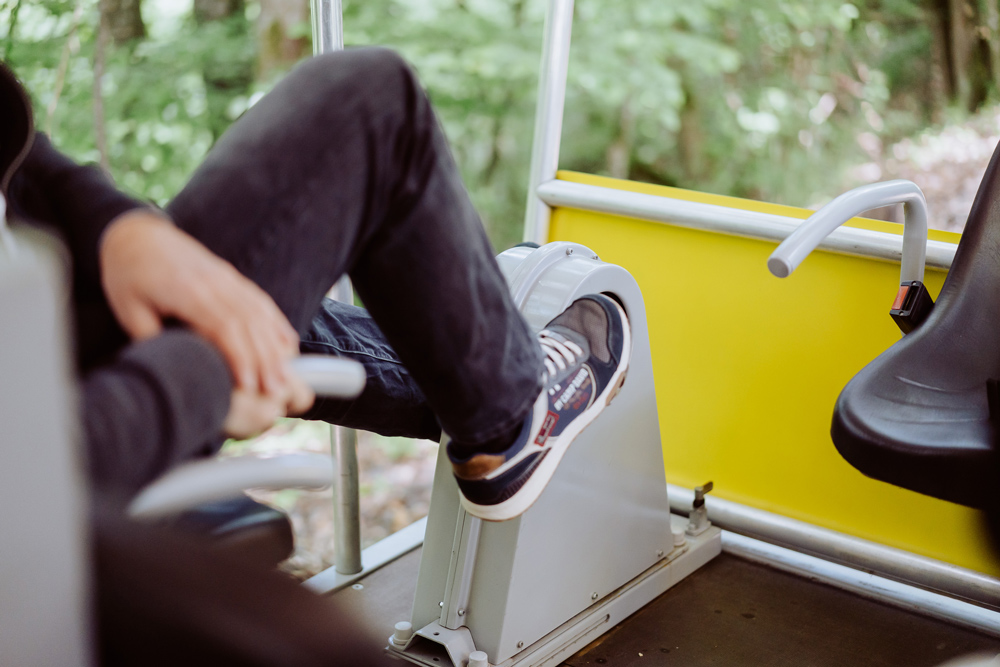 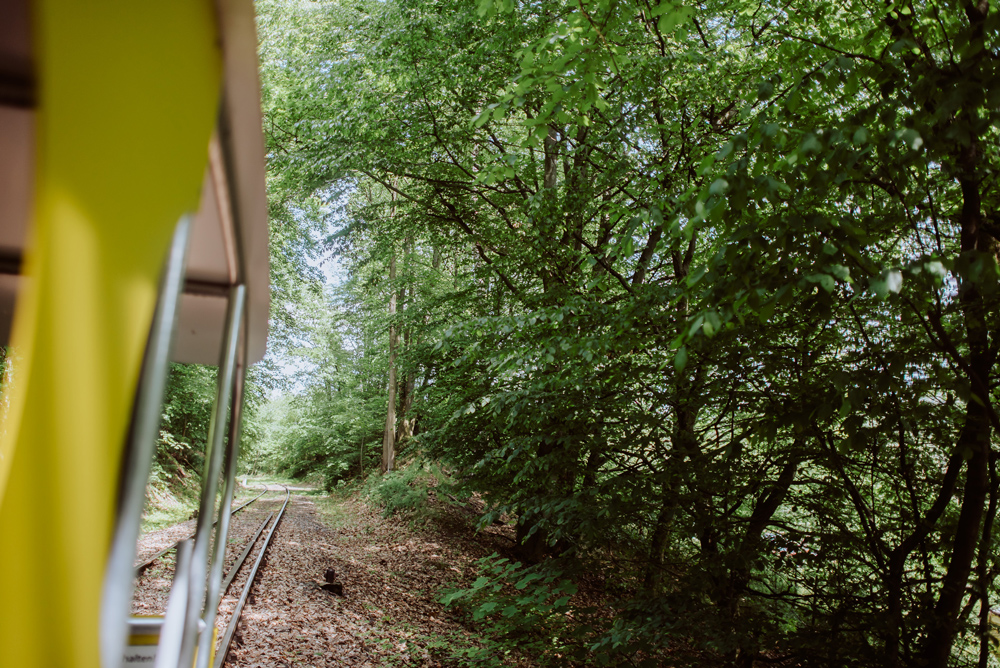 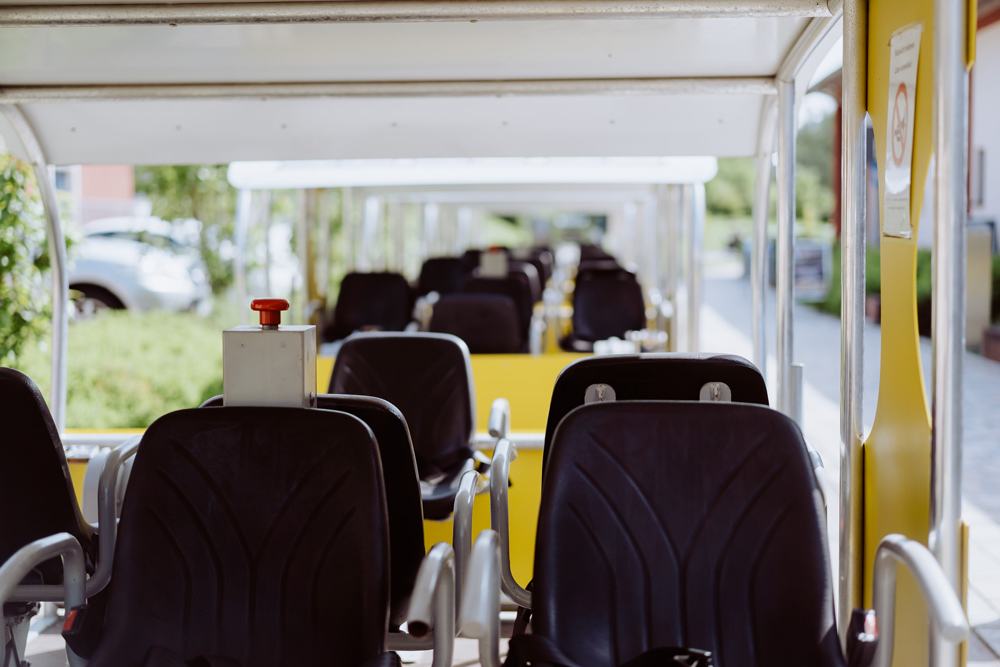 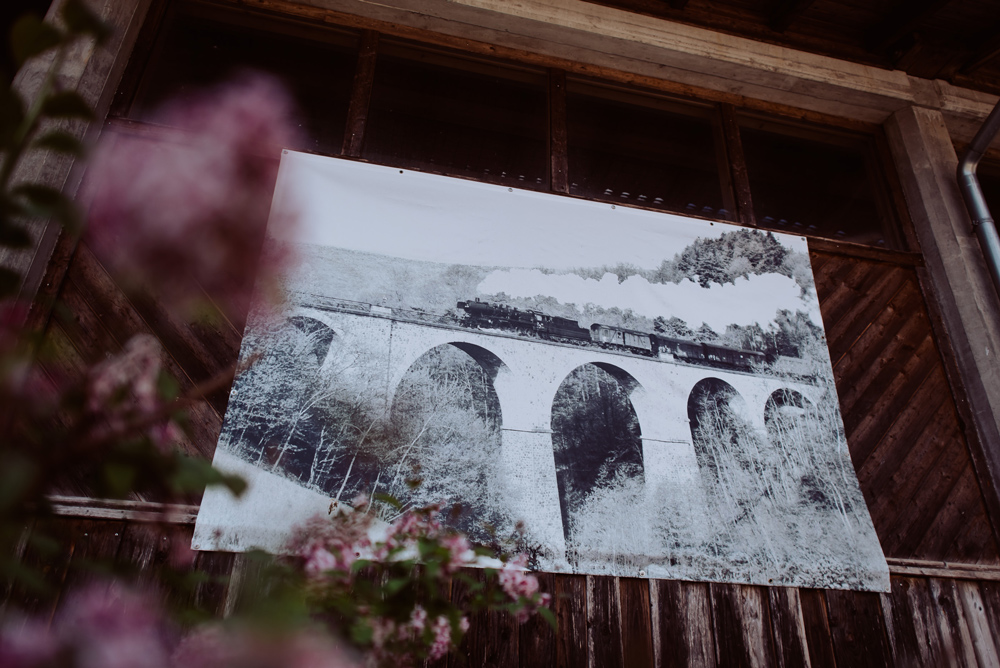 In Wald-Michelbach a group of “old” friends is already ready for the trip. The men have been friends since their school and university days, and they come from all over Germany, from Neustadt, Hannover, Bonn and Ulm. “The guys need some exercise on these trips,” says Uwe Kleinhenz from Neustadt, who had initiated the tour. “All we have with us is water,” they all jokingly assure. And this assurance is very similar to that of the group of students from Mannheim, which have caused a bit of a delay, by prolonging their tour. As the line is a single-track, visitors can only head off in one direction, and one group at a time.

“There are very few producers for trolleys in the world.”

The group of youngsters had set off early, they say, around nine in the morning, in Mörlenbach. “It was a lot of fun, and the route is really nice,” Hendrik Raaijmakers exclaims. They even saw a few animals along the way: some cows, horses, deer and even a slow worm or two. “And a wolf!” someone in the back shouts after which everyone bursts out laughing. The spirits are high amongst the group, and also the party of teachers waiting to start their works outing seems jolly. Next in line is an elderly couple from the Netherlands, which is spending a holiday in Neckarsteinach, and are on a day trip in Mörlenbach.

To move the trolleys the “driver” must power a pedal operated generator. Three more seats are equipped with pedals, which don’t affect the speed of the trolley in any way or form. “It’s all about motivation and group dynamics,” says Holger Kahl, who himself is pedaling, even though he is not in the “drivers” seat. Anyone interested in driving the trolley needs a valid drivers license, though physical requirements are rather tame, as the motor supports the driver, just as with a pedelec. Ten percent of the thrust is generated through the solar panels, 20 percent are recovered when going down-hill and when braking. The rest comes from the battery, which are charged with green energy at the station. The trolley caps out at around 15 kilometres per hour, for safety reasons. “There are very few producers for trolleys in the world,” Kahl explains. And interestingly the producers of these trolleys are located in the Forest of Odes. As a symbol of regional commitment the firm was willing to help out, as they are mainly active in the sector for trolleys used for mining operations underground.

Holger Kahl was born in Erbach, grew up in Michelstadt, and now lives close to Darmstadt. He studied business administration in the US and in Rheingau, and is a father of three children. Before switching over to the Überwaldbahn gGmbH, he worked in financial management for the Bergstraße district. “This job brings together many parts of my life,” he says. “I come from the Forest of Odes and am a management expert. I know a lot of political players, and I have always wanted to build a business.” Today Kahl is actively working on promoting the Forest of Odes.

Several defects had to be taken care of along the line, such as parts of one of the tunnels and the sandstone viaducts. The route passes three big overpasses, with up to 32 meters in height, as well as one smaller viaduct. On top of this there is the usual work, such as green cuttings along the line, or maintenance of the trolleys, which needs attending to. Four full-time employees are in charge of the business, which attracts between 30.000 and 40.000 tourists annually. During peak season, ranging from April til the end of October additional technicians are employed. Holger Kahl is at the center of many activities, and he is full of plany for the future. He admits, that he can get a bit impatient at times, but this unnoticeable as we ride along the line. He can always enjoy the view: over the red tiled roofs of the quiet villages, over hills and forests, over pastures and farmland, over the springtime green, in all its facets, over the unique architecture, such as the 30 meter viaduct, spanning six arches, which crosses the Vöckelsbach valley. Holger Kahl enjoys the fact, that this exciting job allows him to spend time outside, rather than sitting in an office! 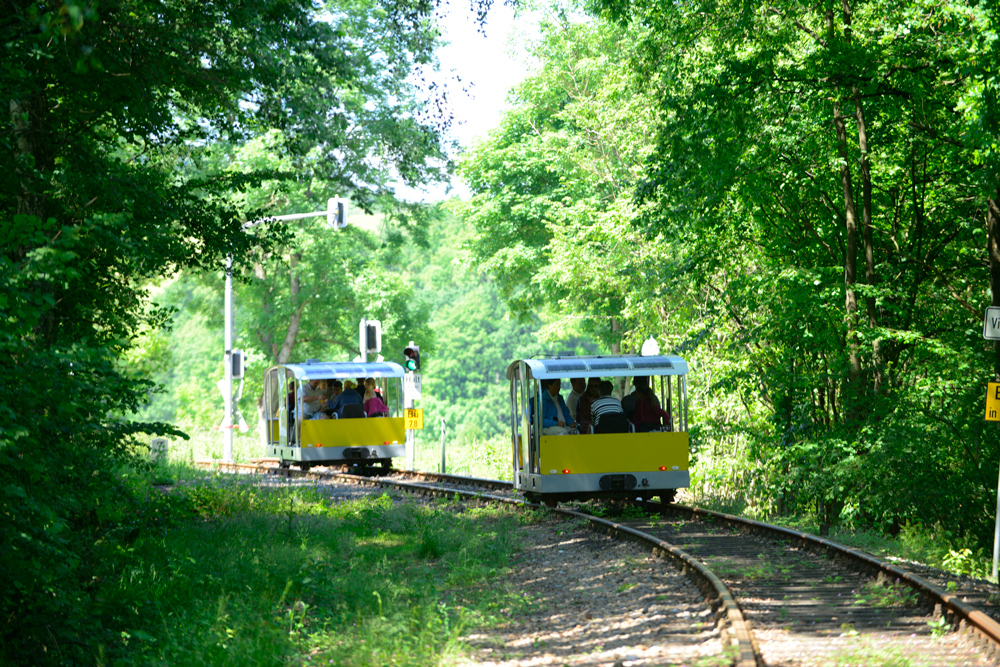 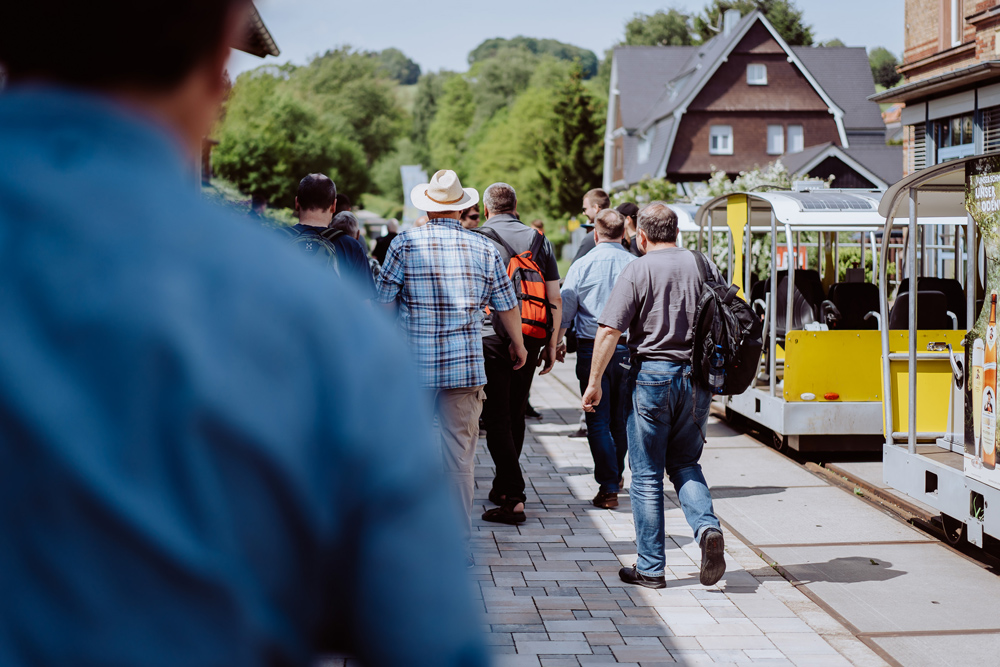 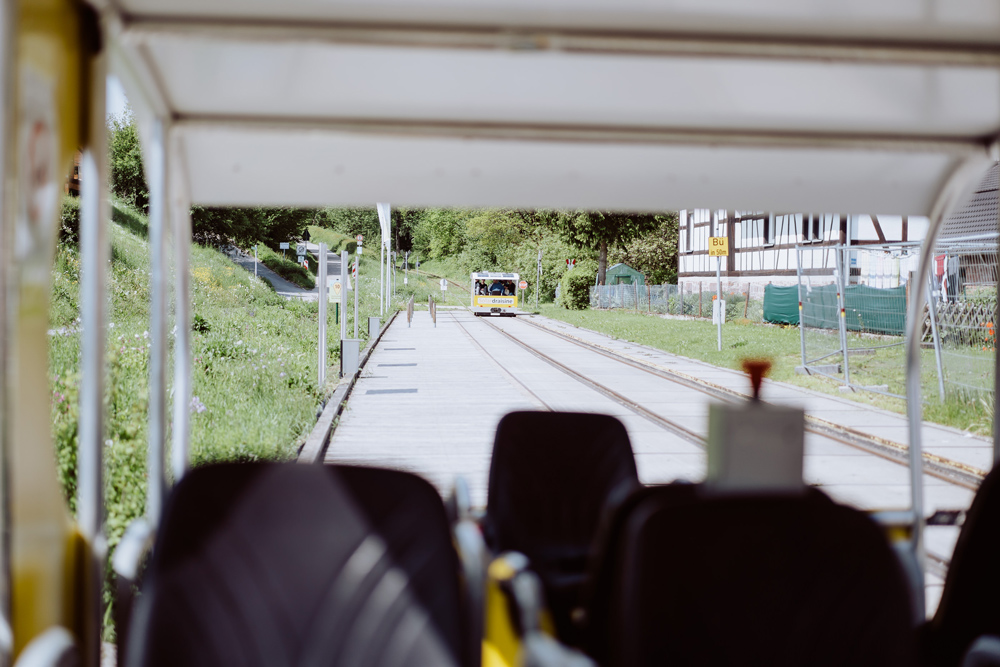 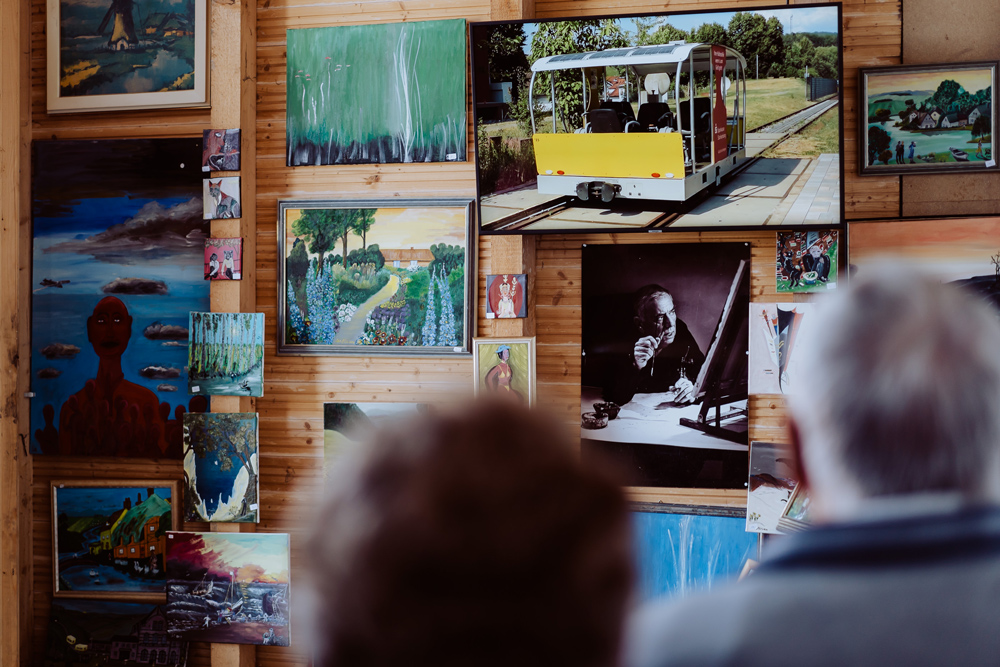 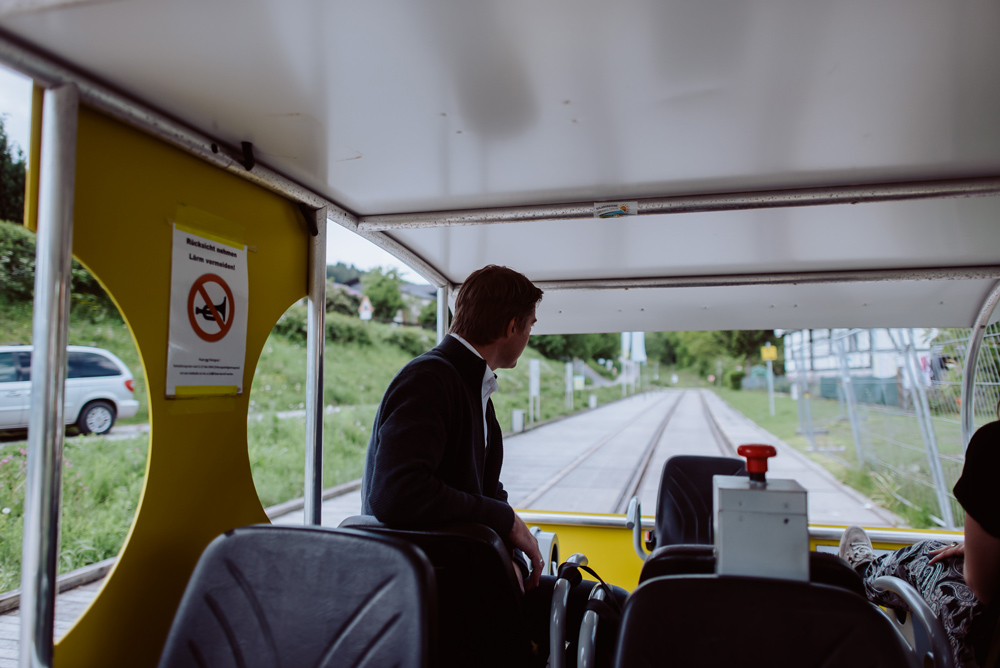 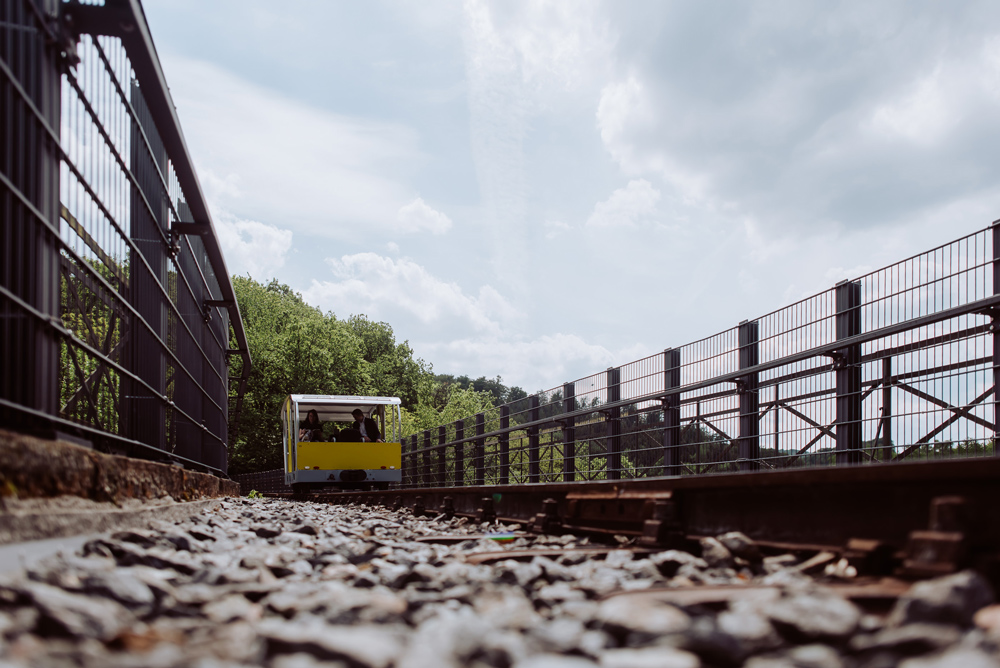 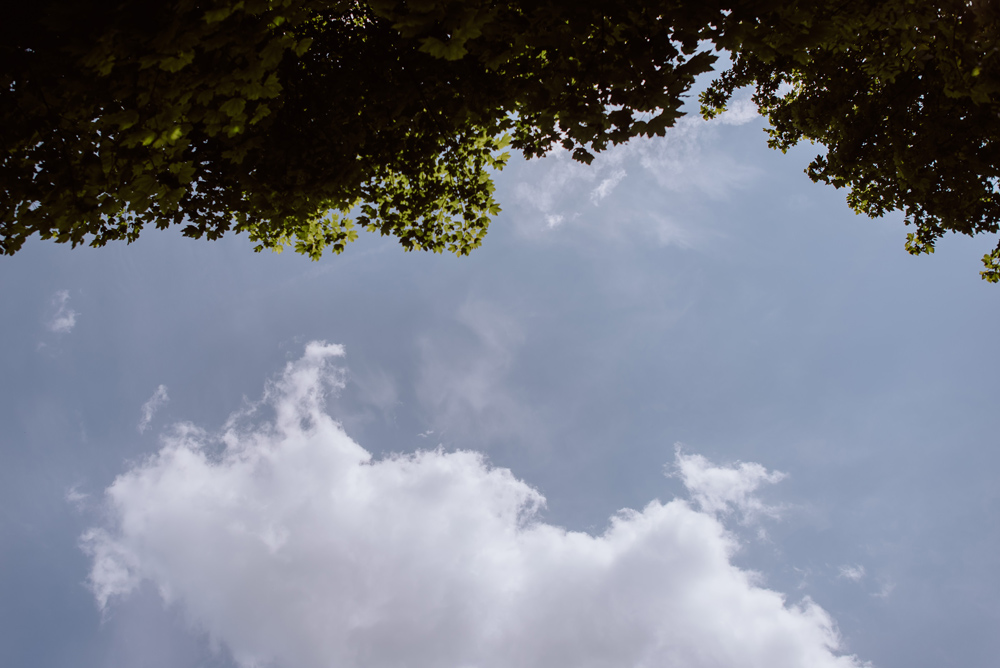 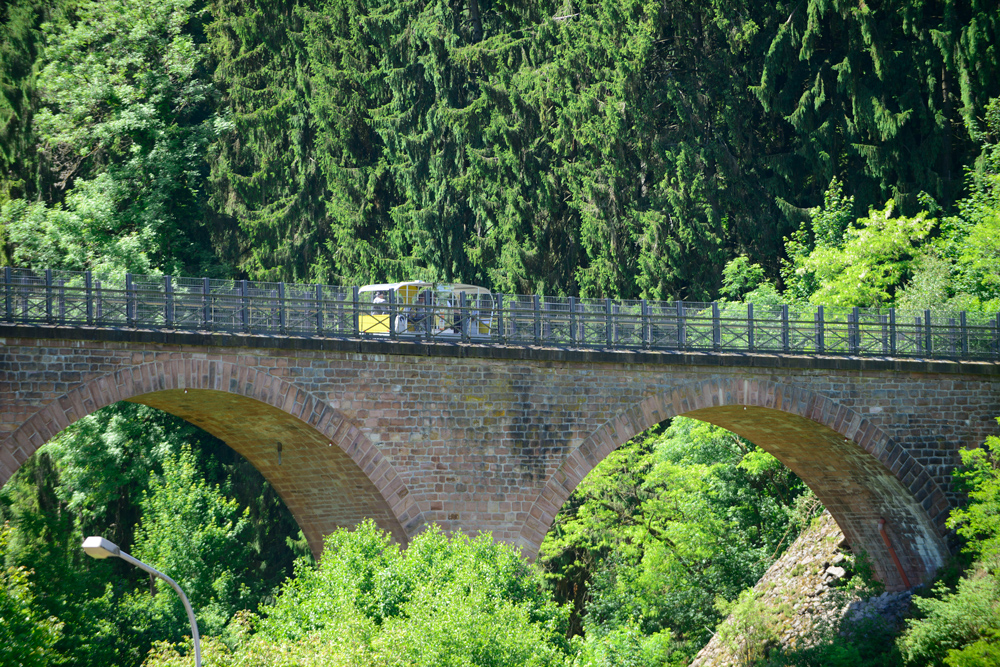