The Troy of the Palatinate Region

Ever since architect Jörg Seitz opened the manhole covers and discovered a historic tunnel system deep down underground, his life—as well as that of the city of Landau—changed forever.

Landau? In a manner of speaking the Palatinate city is the Troy of the region. Each epoch left its traces, layer atop layer, on the historic walls of the Southern Palatinate city. If you could turn back time 300 years, you would see that the city even was something close to a Venice of the Palatinate region. The blueprints of French architect Sébastien Le Prestre show that originally 27 locks regulated the water level in the trenches of the fortification, which was built in the 17th century, then almost disappeared and is now celebrating its resurrection: Landau fortress. 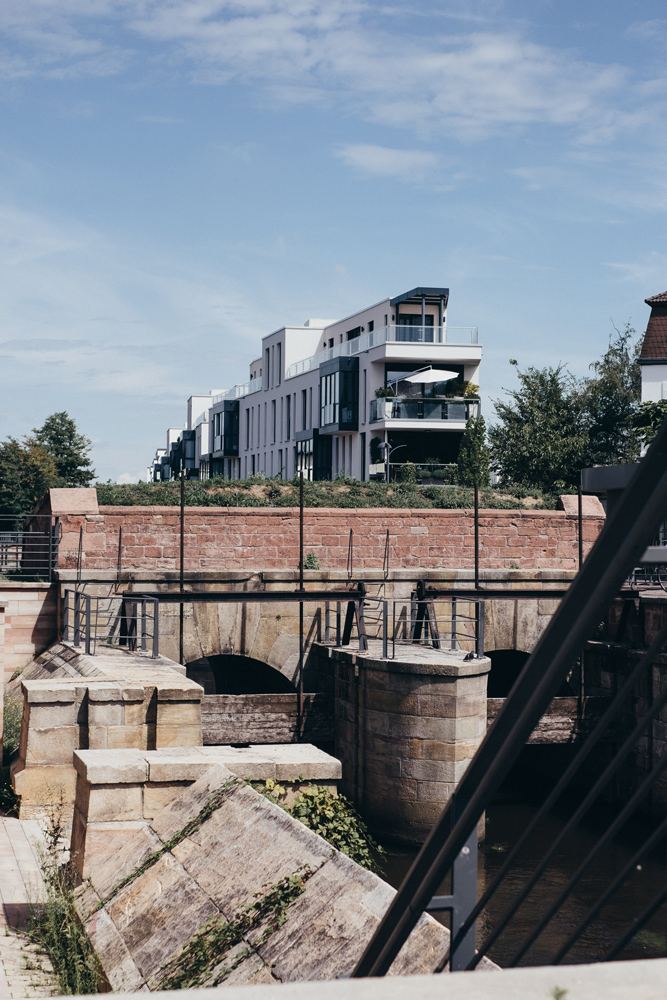 “Excuse me, please, could you tell me where the fortress is?” Some years ago, architect and city planner Jörg Seitz stood in the Luitpoldpark in Landau and, pretending to be a tourist, asked students for directions. The answers he received were always the same: The people questioned shook their heads and shrugged, not suspecting that they were standing directly upon the fortress ground. 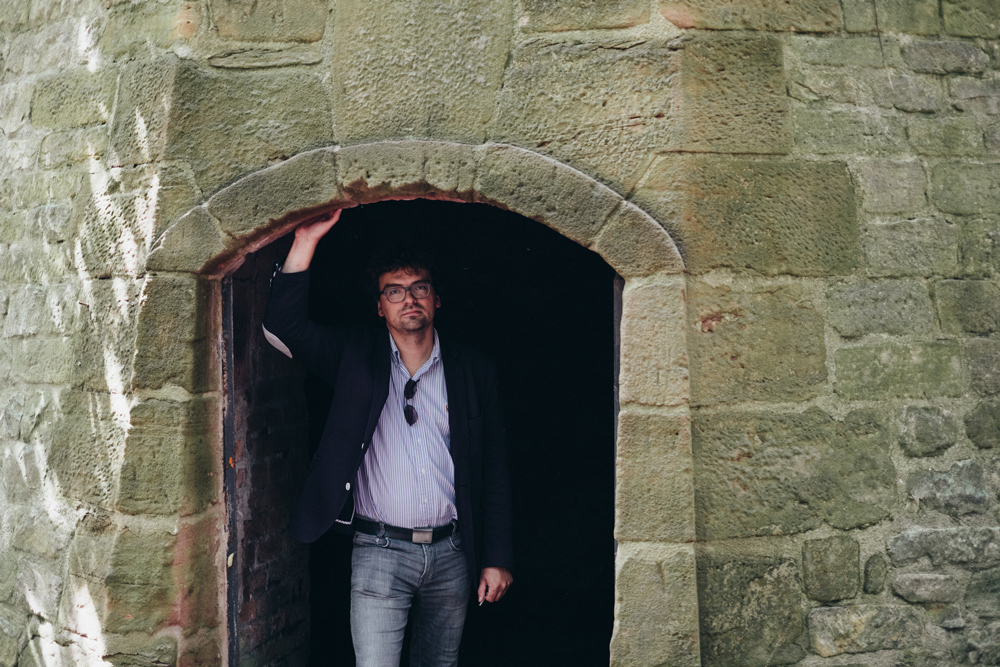 This scene took place some years ago now. At that time, Jörg Seitz worked at an office in Stuttgart, but at weekends, he acted out his true passion—showing visitors the historic sites of his hometown Landau as a tourist guide.

Much has been achieved since his impromptu pop-quizzes. Word has got around that this old fortification rests underneath a large part of the historic city centre, covered by earth and overgrown by plants. This insight was gained by Jörg Seitz amongst others. For years, not one day has gone by without him sensitising his fellow people for the historic heritage underground, underneath the city. 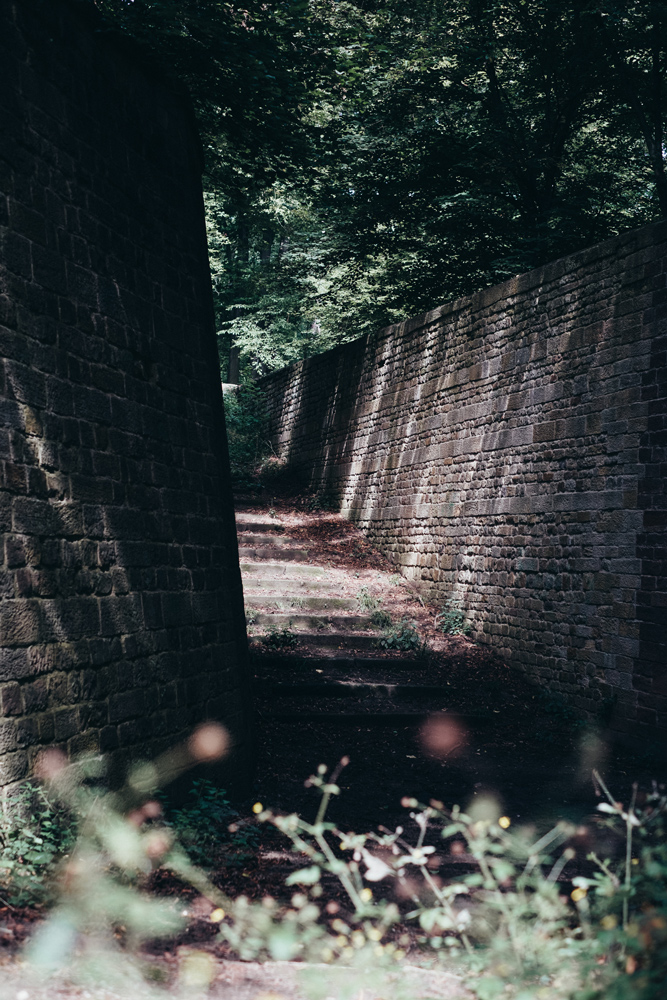 “My life has changed. In the meantime, I have become a father and I have quit commuting to Stuttgart. It all started with the foundation of our association. Officially, it is termed Festungsbauverein Landau – Les amis de Vauban e.V. (Fortification Association Landau), but we simply call ourselves the biggest underground movement of the city.”

The existence of walls and catacombs in the Palatinate subsoil had of course been known before the foundation of the association. There had not been one construction project without the excavators having a tough time with metre-thick sandstone walls. During the preparations for the horticultural show Landesgartenschau it happened again. But this time, they did more than just fetch the jackhammer, they took a closer look. 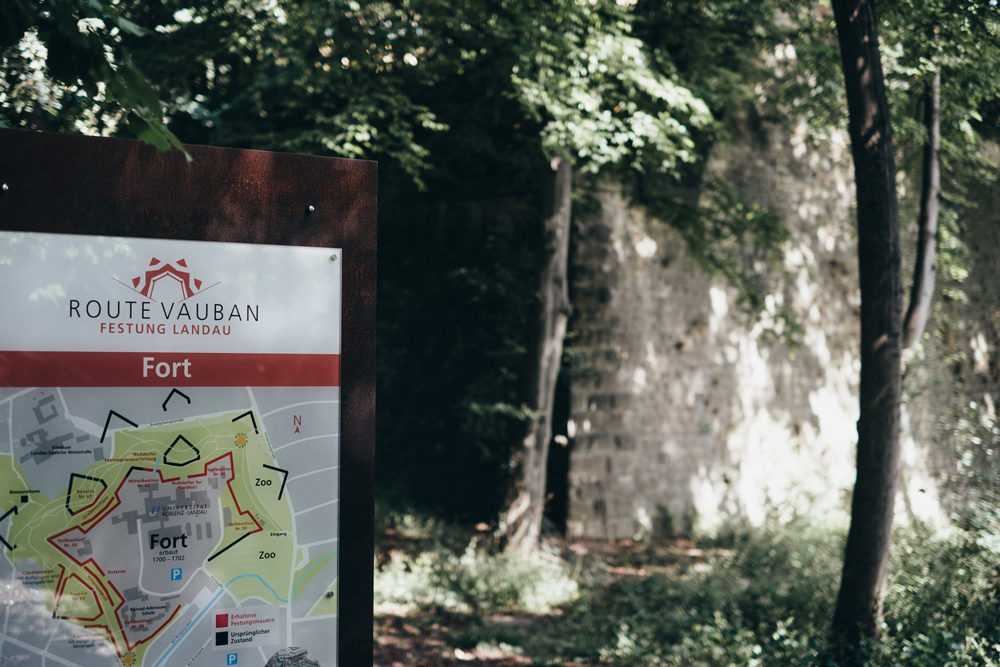 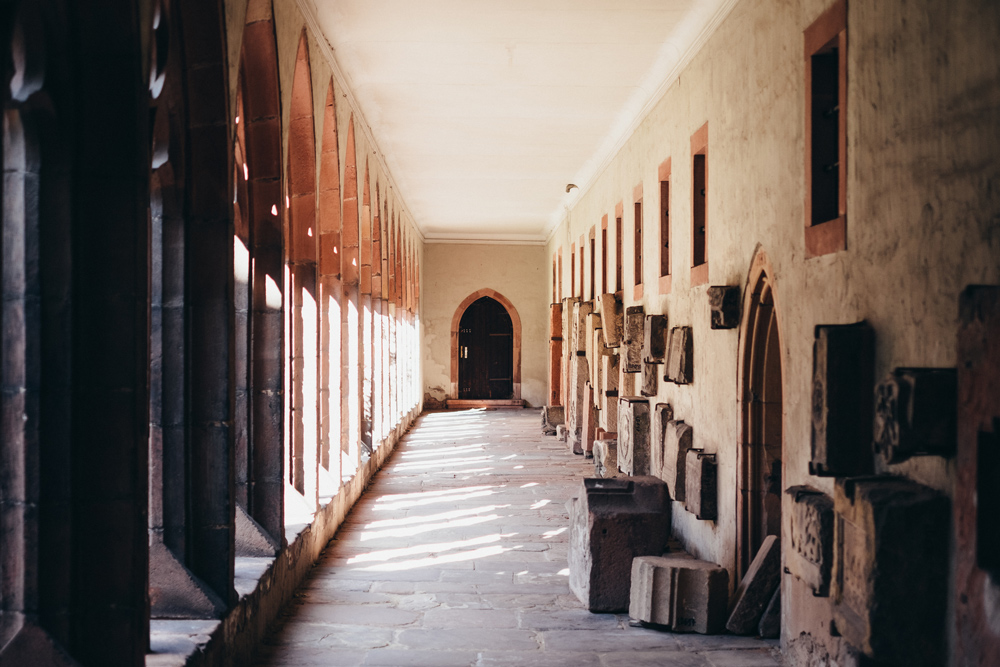 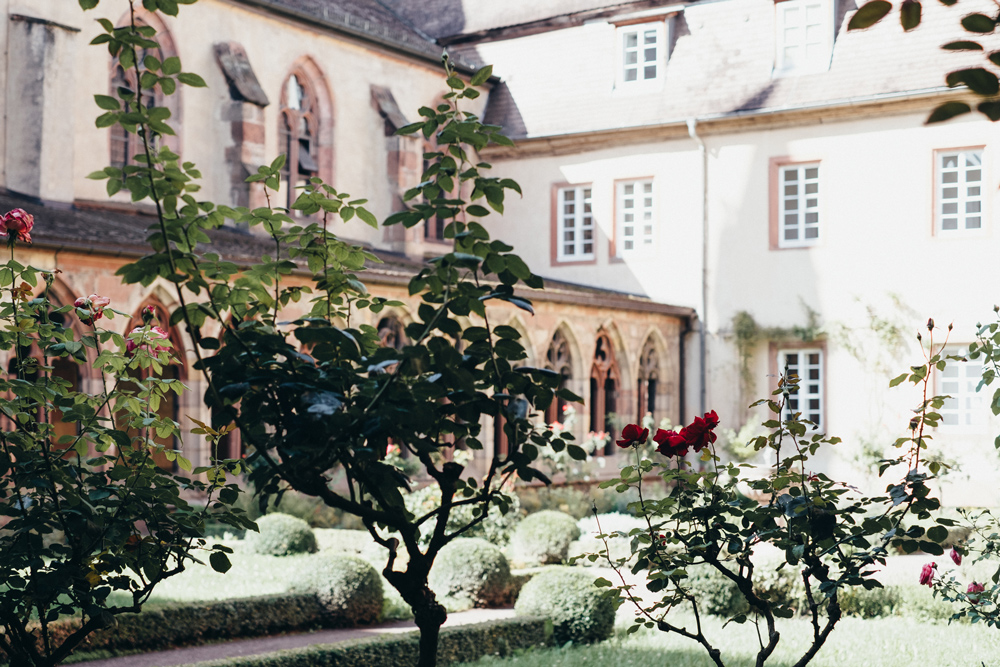 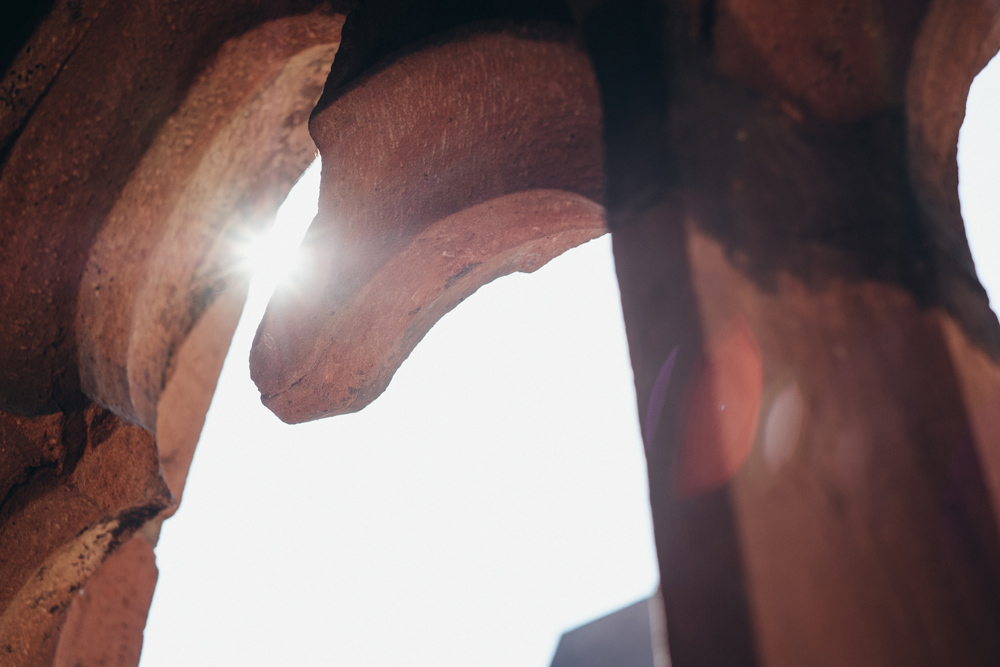 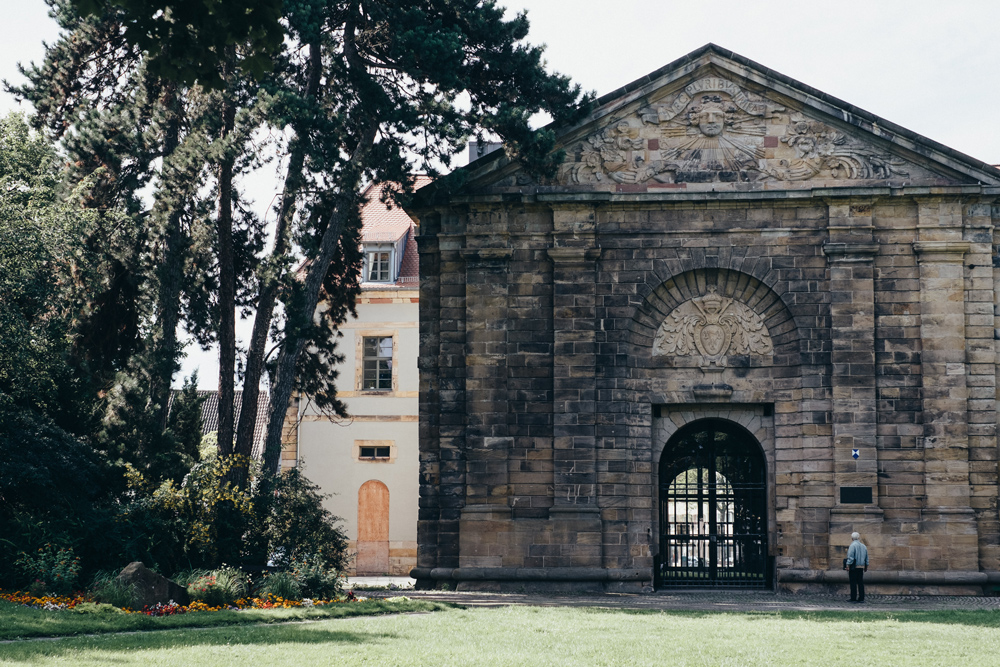 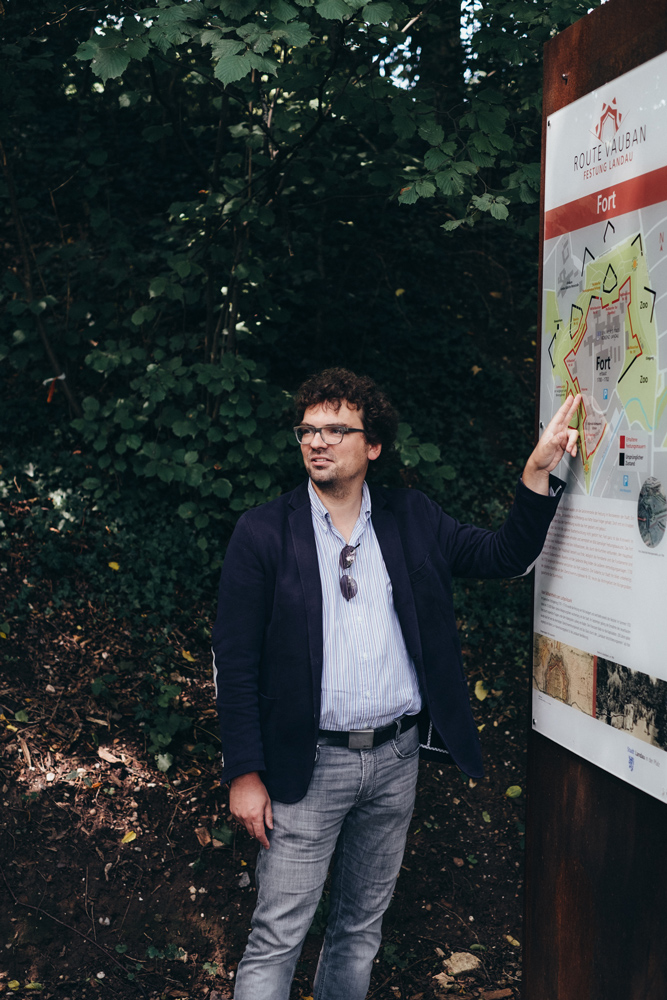 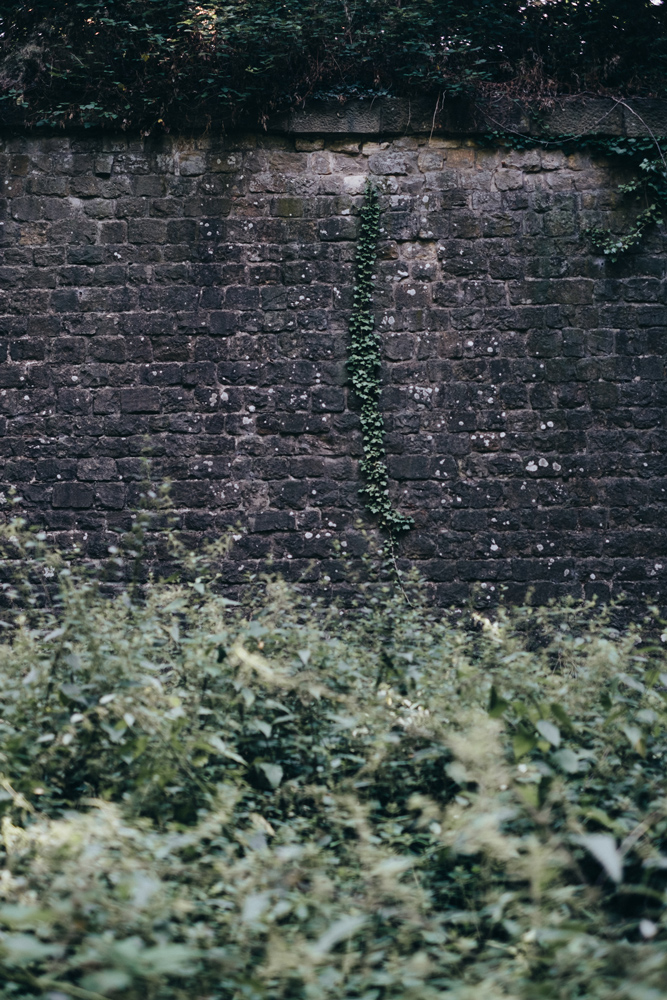 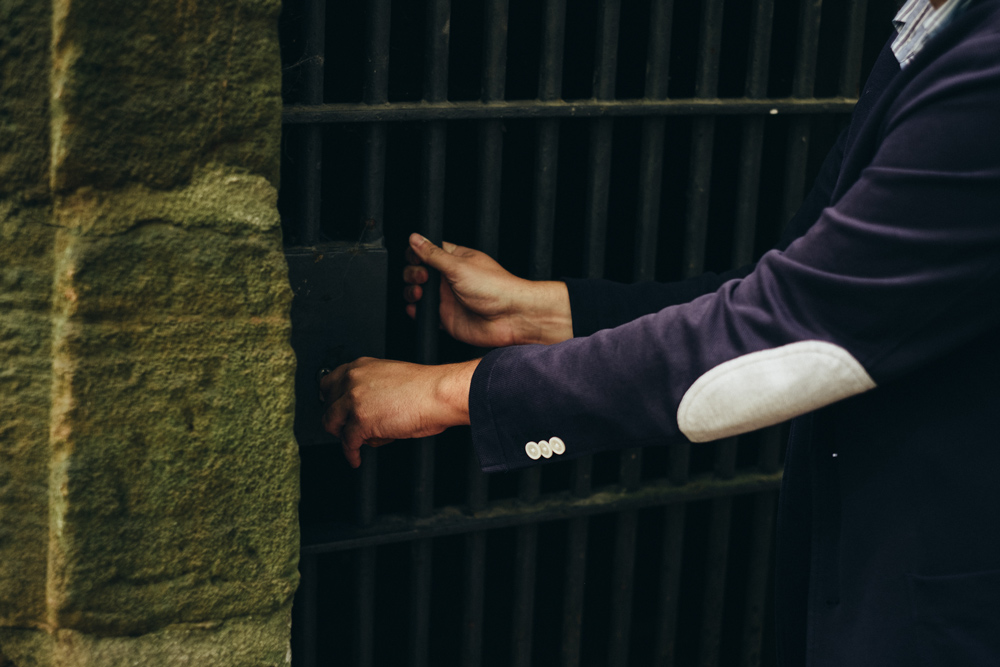 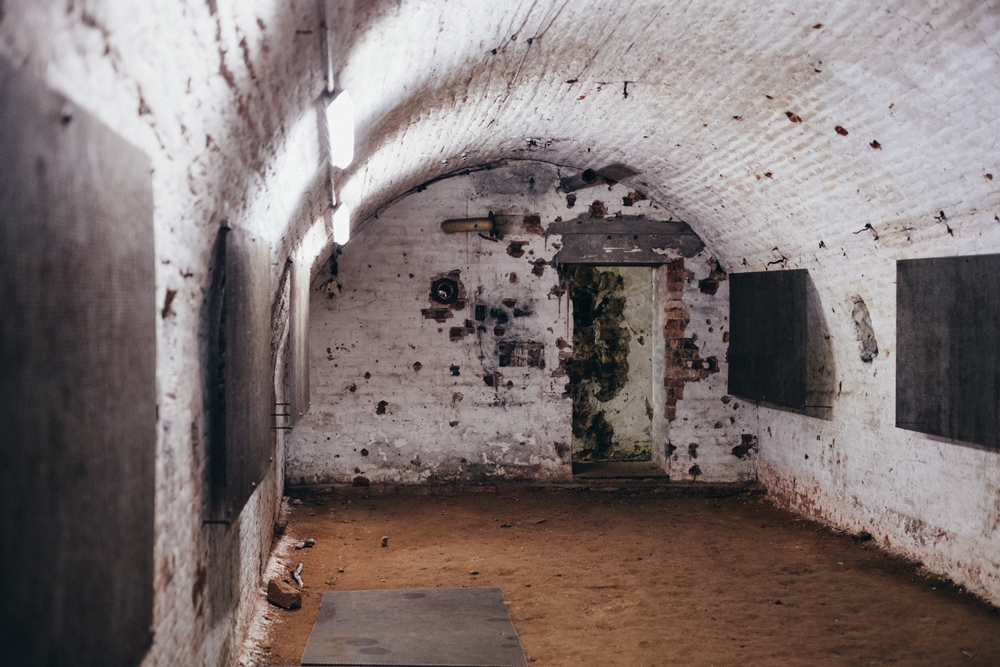 “A manhole cover which did not occur anywhere in the waste water plans attracted our attention. When we opened it and looked down into the depth, we were astonished. It went down several metres into the tunnel system of Lunette 41.”  Lunette, meaning “little moon,” is what the fortalices of Landau fortress are called because of their crescent-shaped rear wall. Vauban had numbered all the works which the fortress in its entirety comprised; all in all they amounted to 198. “Our investigations showed that the access dates from 1988. Instead of exposing the access to the catacombs, they rather covered it with a lid.” The news of the rediscovery of the Lunette spread like a wildfire. Seitz and his friends did not hesitate; they founded the association and started a cooperation with the Technisches Hilfswerk (Federal Agency for Technical Relief). If you are interested, you can climb down long ladders into the depths of the city for a small fee, which is shared with the Technisches Hilfswerk. Further exposures are funded by the association through entrance fees.

The exposure of the vaults is almost completed; what we do now is to reconstruct the old fortified tower. We finance the reconstruction with membership fees and guided tours through the mine corridors—by now up to five per week. But the most impressing fact is the number of volunteers lending a hand at the construction site after work and at weekends.”

The tower will not be reconstructed completely. The rear part will remain vacant, since there are railway tracks going along there. “Landau owes a lot to the railway. Around 1860, one of the most important European railway lines ran along here: the route connecting Rotterdam with Genoa. Landau owes it its heyday. Rich merchants built themselves villas made of Italian sandstone and some marble, too.” 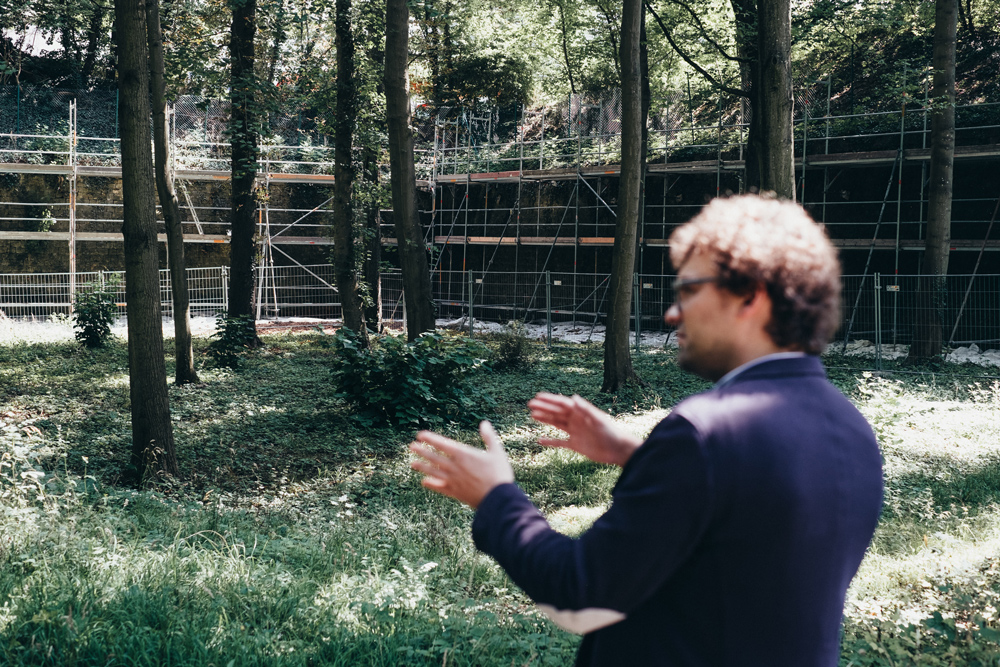 There is no epoch of the city’s history that Jörg Seitz does not know to the last detail. It is, therefore, no wonder that today his professional life is also devoted to the historical heritage of his hometown. “Today, I work at the city administration of Landau, at the city planning office to be precise, right next to the cloister garden of the Augustinerkirche. As the city’s conservationist, I am responsible for the protection of historical monuments. Most communities separate a city’s past and future; at our community, however, all of this belongs together.” 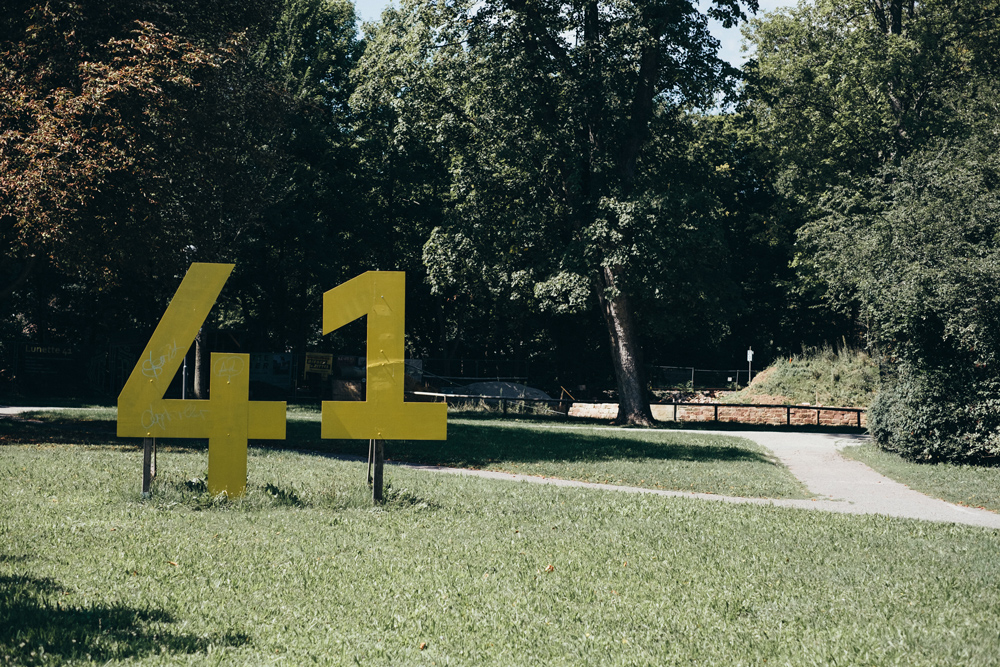 Combining past, present and future of the city of Landau is something that Jörg Seitz is a master of. It’s a great pity, though, that he hardly has the time to offer guided tours through the city himself to spread his deep-seated knowledge of local history. But maybe he will be able to find time to write a book about his hometown after the reconstruction of the Lunette 41. Then everyone will be able to read for himself about the roots of the introduced giant sequoia and locust trees endangering the historic foundations and about the parallels between Vauban’s fortress and Tolkien’s stronghold Helm’s Deep. The stories about the historical structures of the underground fortress—these are the true treasures hidden underneath the walls of Landau. 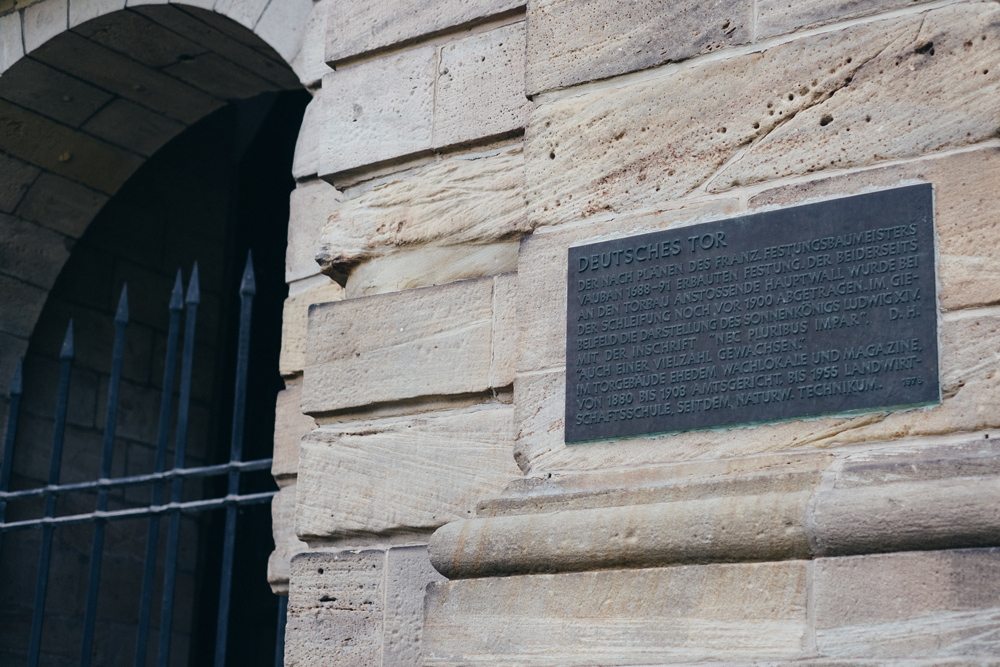 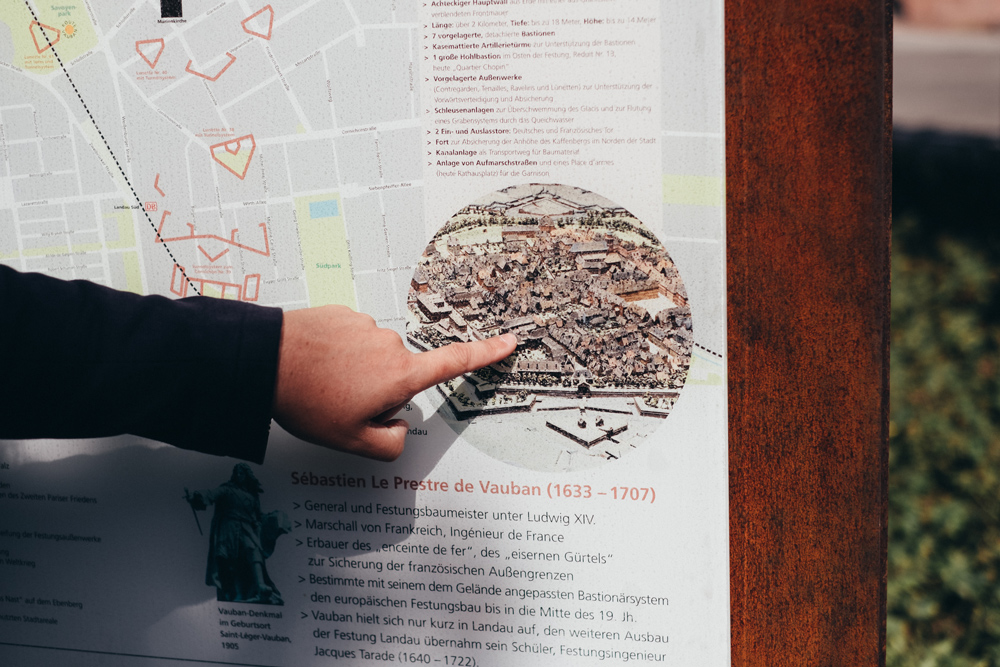 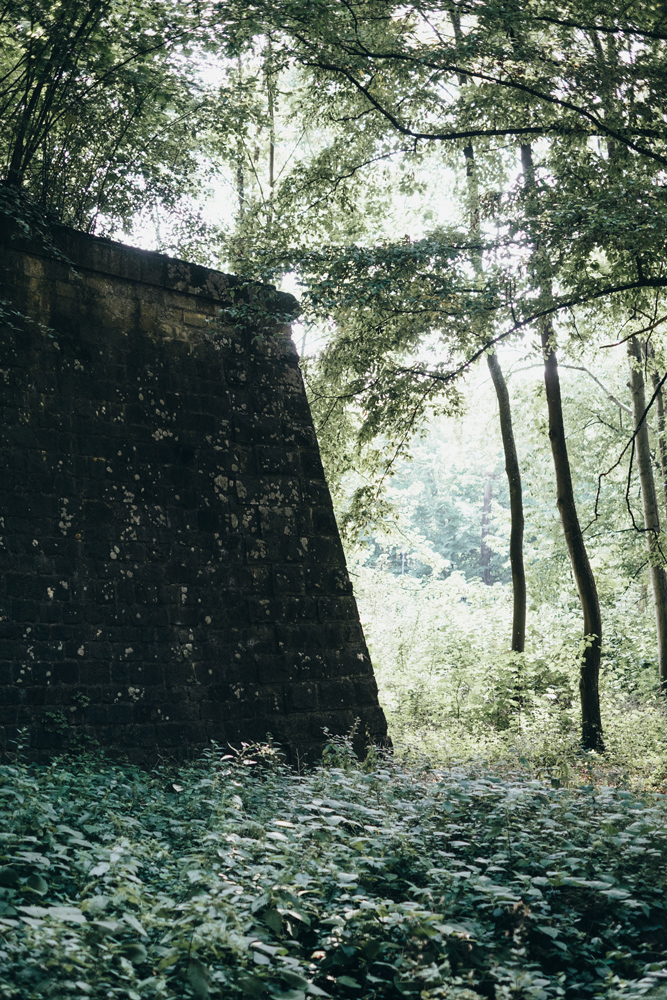 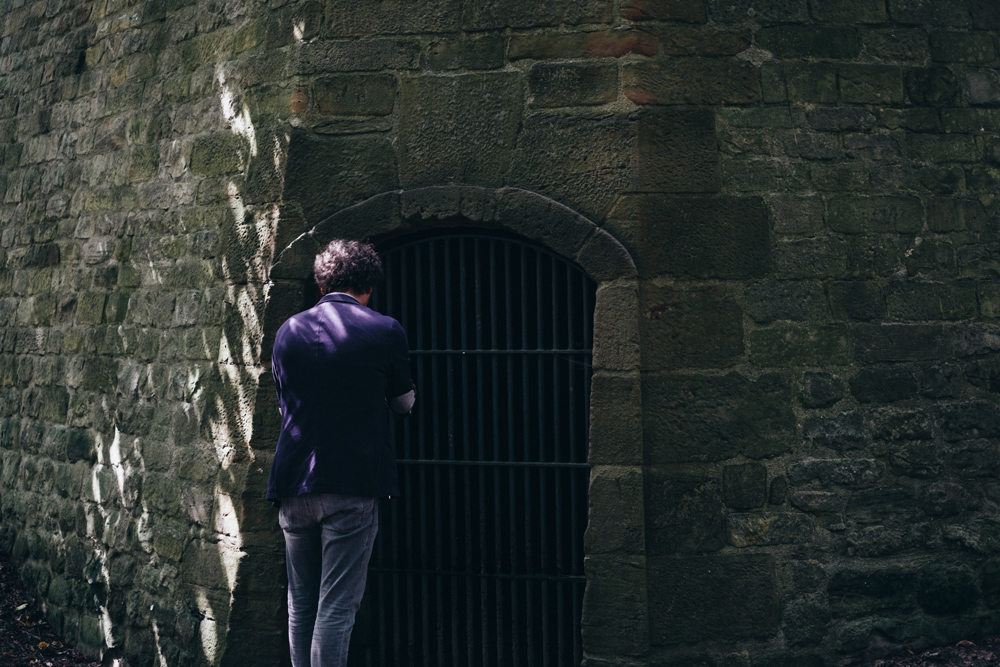 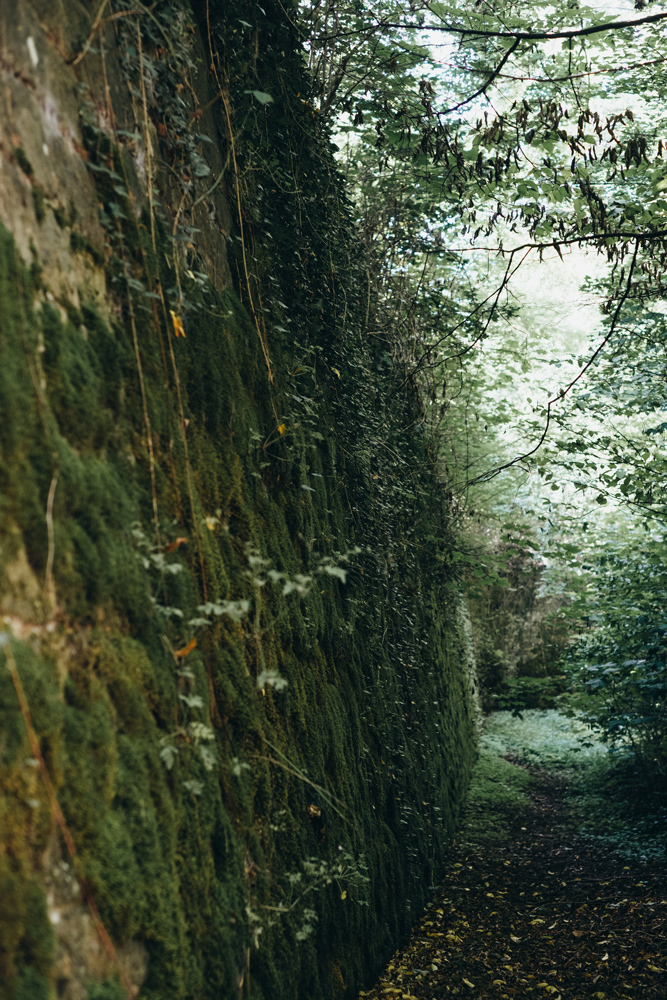 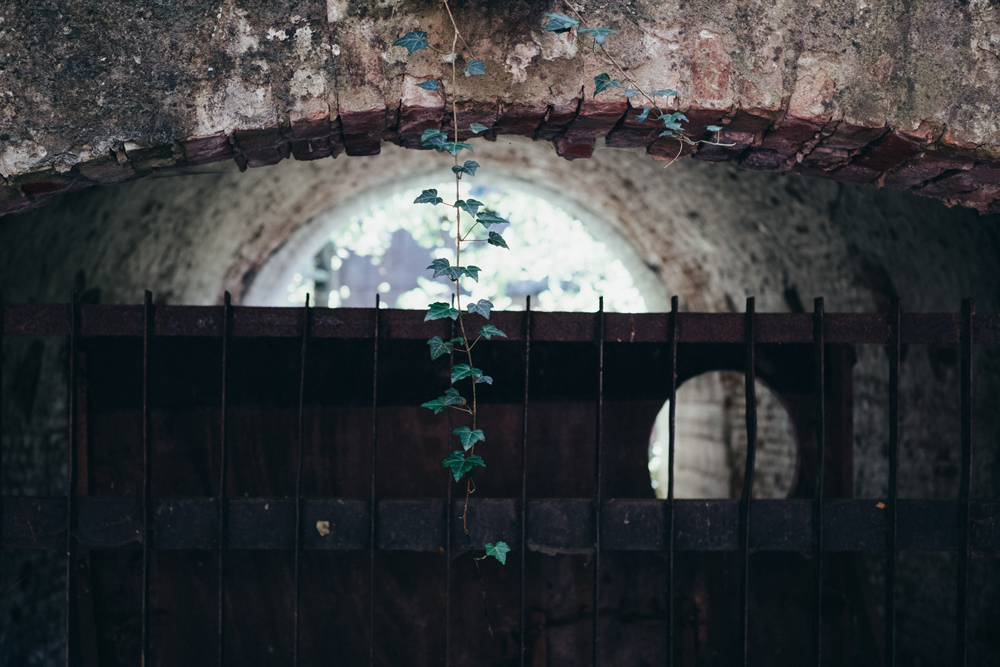 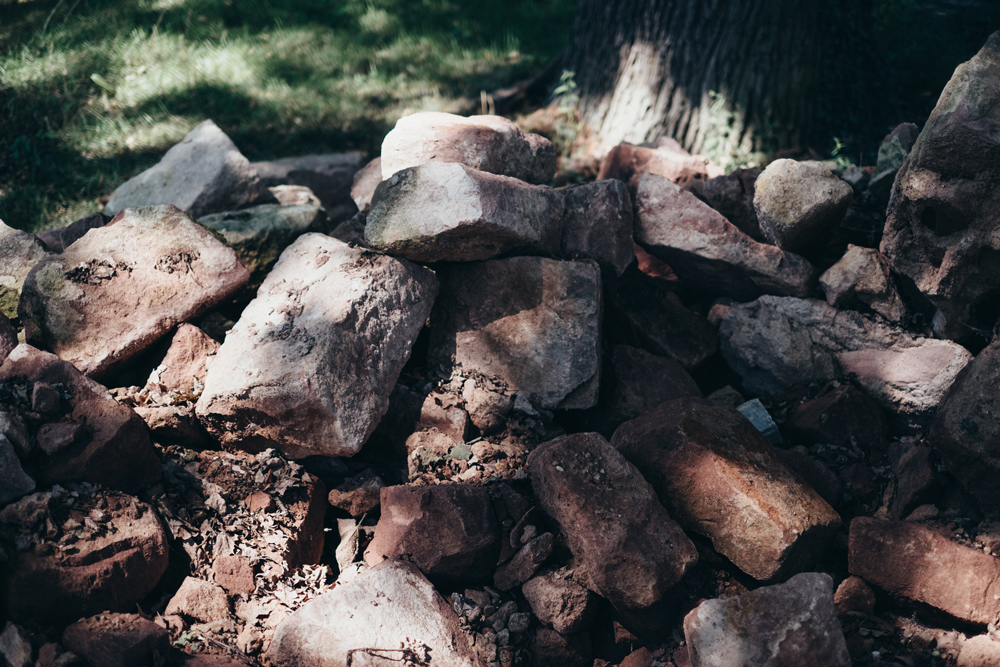 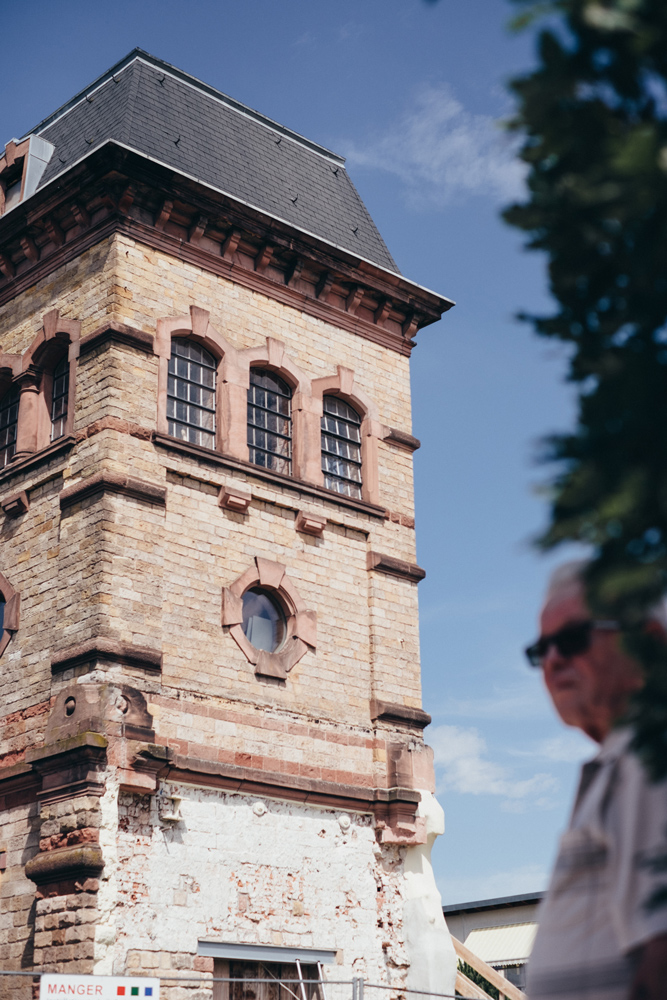