The Künstlerhaus (artists’ house) in Edenkoben is a place where artists from across the whole of Europe meet. They live, work, write and debate here. And some of them have made their mark in this beautiful location between vineyards and almond trees.

Take a deep breath in. Arrive here. Then readjust your hearing: from every-day noise to the Palatinate quiet. Here, everything is much more quiet and gentle. The first sound to come through is the chirping of the birds, a concert of many voices. Then a bumble bee’s buzzing. A tractor chugs in the distance. A lawn rake scrapes somewhere nearby. The Künstlerhaus Edenkoben artists’ house is surrounded by vineyards. And almond trees blossom everywhere—white ones that are edible and rose pink ones for decoration. Hans Thill, the artistic director, stands right in the middle of this flowery splendour. He smiles and allows the visitor even more time—to see, to hear.

The Künstlerhaus (artists’ house) in Edenkoben – hardly any place could be more idyllic than the South Palatinate.

There couldn’t be a better place for an artists’ house. Hardly any place could be more idyllic than the South Palatinate. Hans says that a moment ago he was sitting with Vreda Marschner in the garden behind the house. The young poet read out her poems. Hans was listening and commenting on it. Vreda grew up in Rhineland-Palatinate and is, as a ‘Landeskind’ (Rhineland-Palatinate local), one of the currently four holders of a scholarship residing at the Künstlerhaus. Nándor Angstenberger, the Serbian-born Berliner is one of them, too. A large glass façade in the court opens the view of his atelier and of a dream castle—made of polystyrene, scrunchies, wire and hair curlers. A sculpture made from finds. 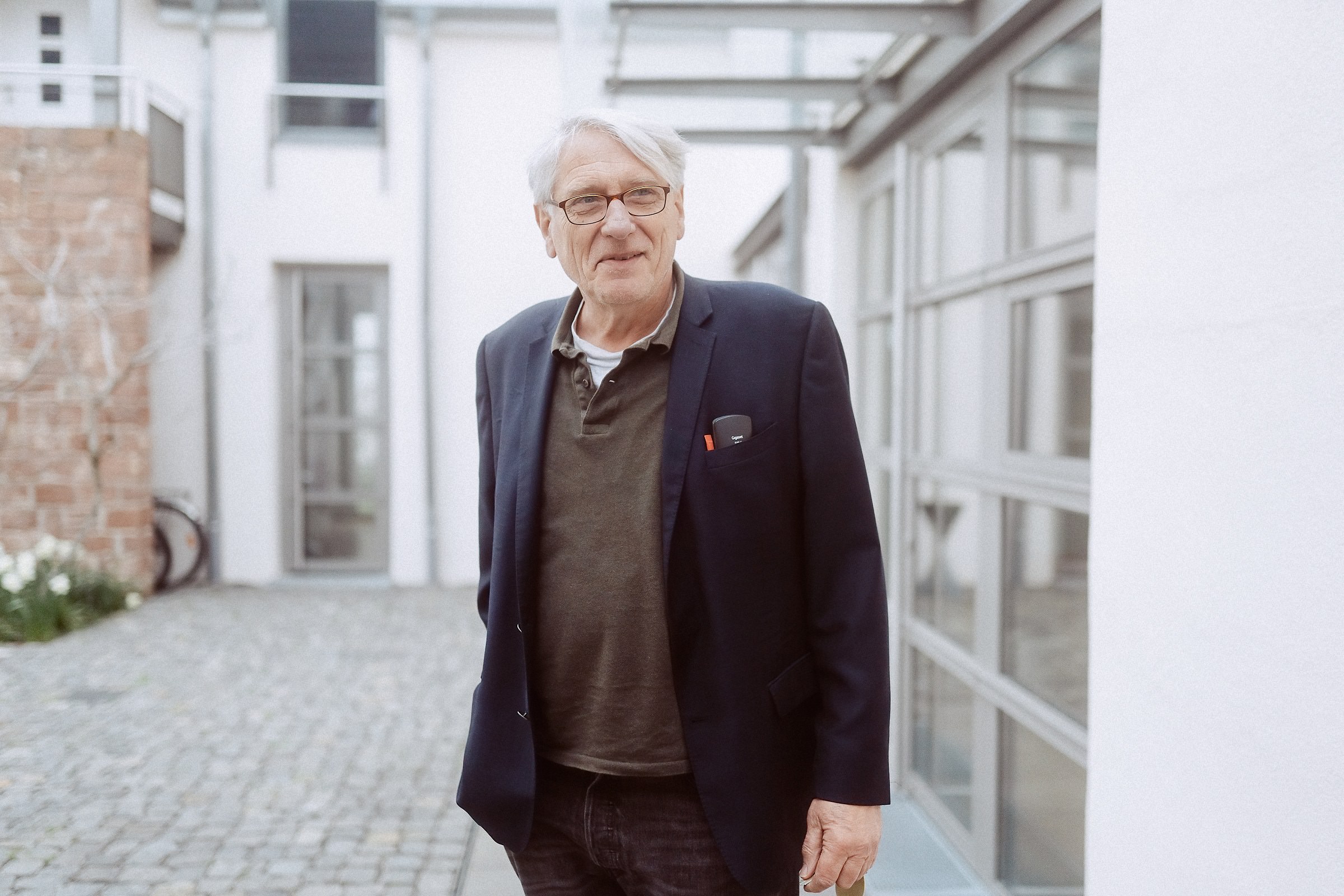 The house used to be a grain mill—and even a spa house, an open-air restaurant and a wine-growing estate. Hans points down to a brook lined with trees between the vineyards: “The brook down there, the Triefenbach, used to run along the house here,” he points at the wall. You can still see the ditch made of sandstone. He walks a bit further: “The mill-wheel used to be here.” The old millstone still exists, it was laid in the garden. 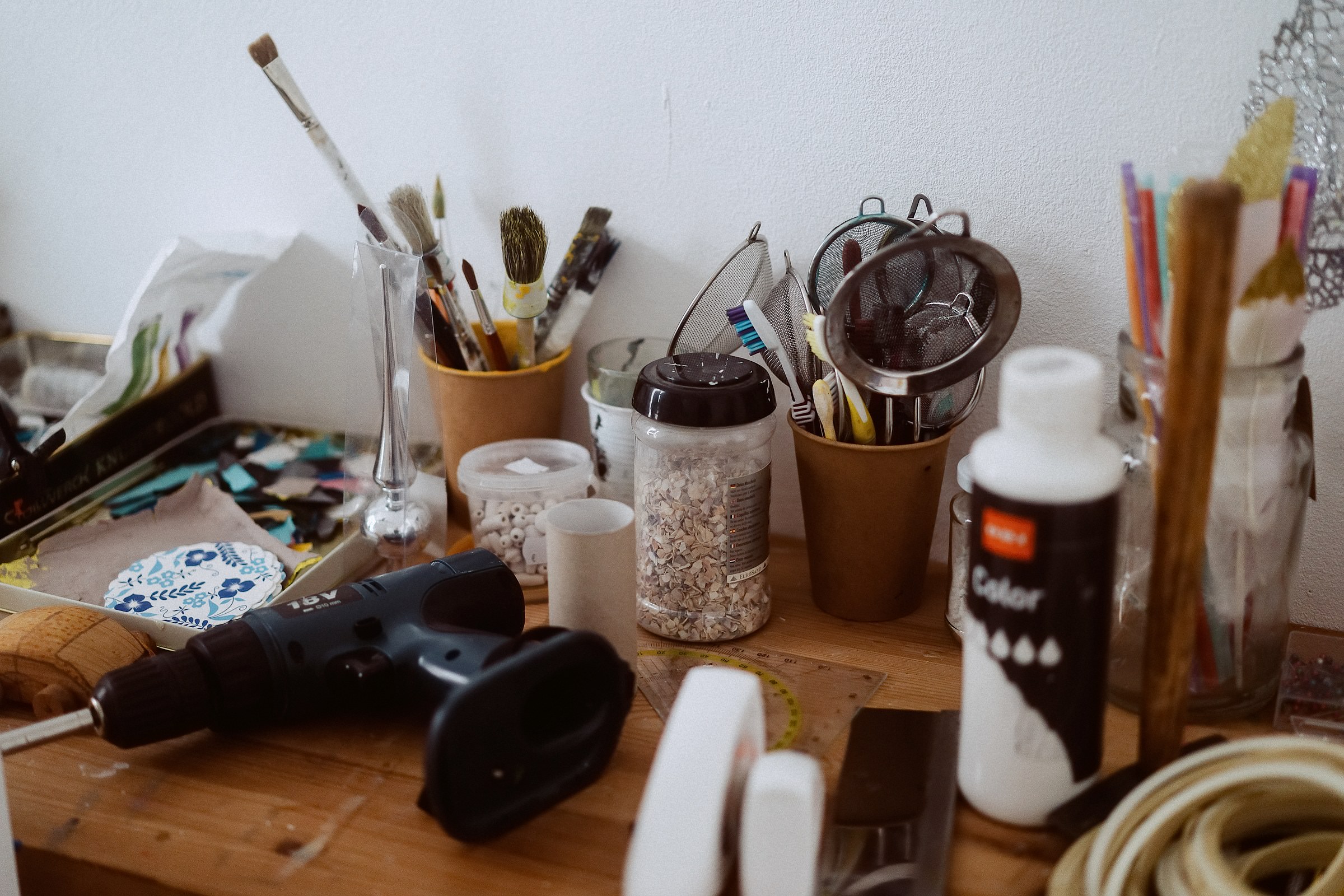 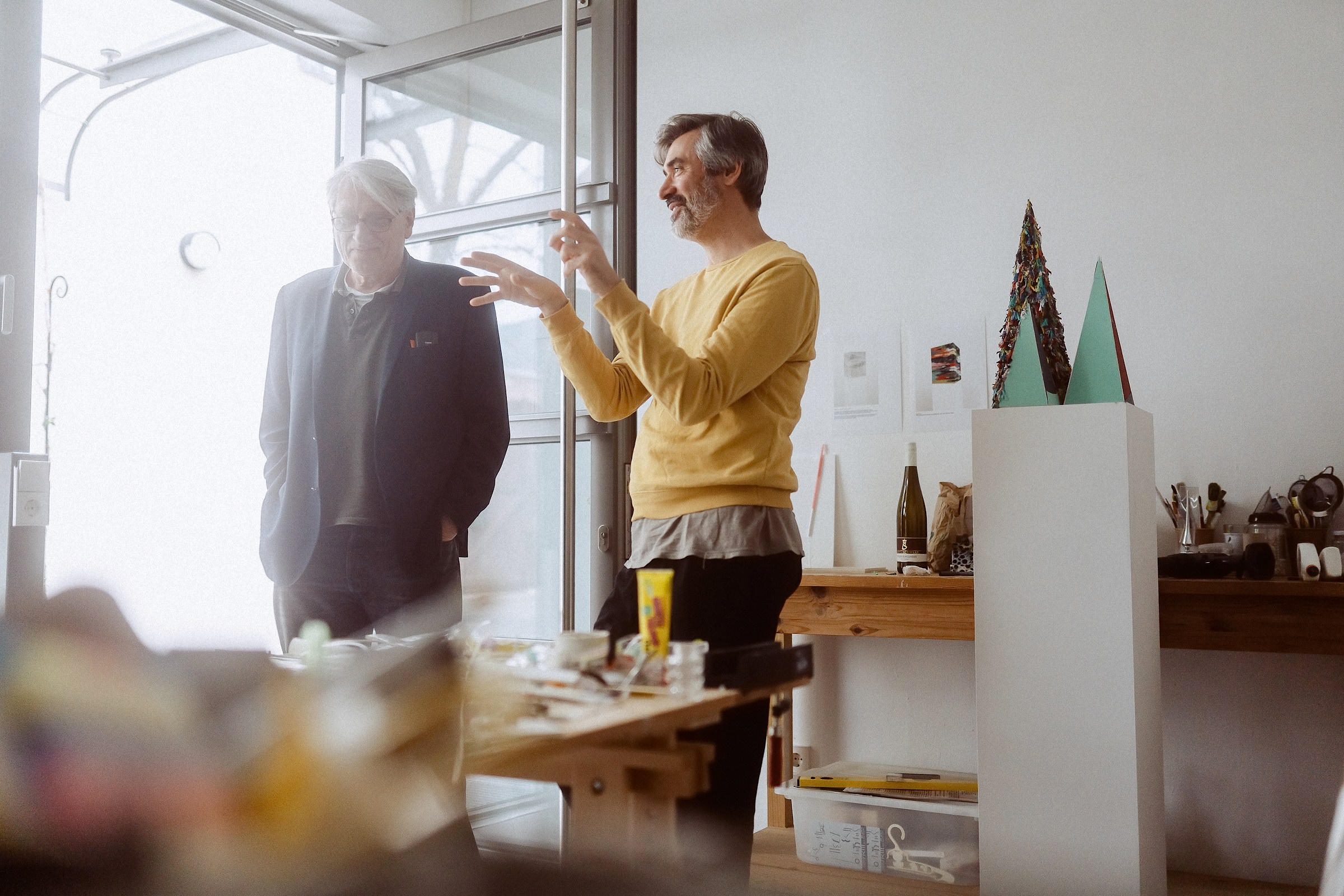 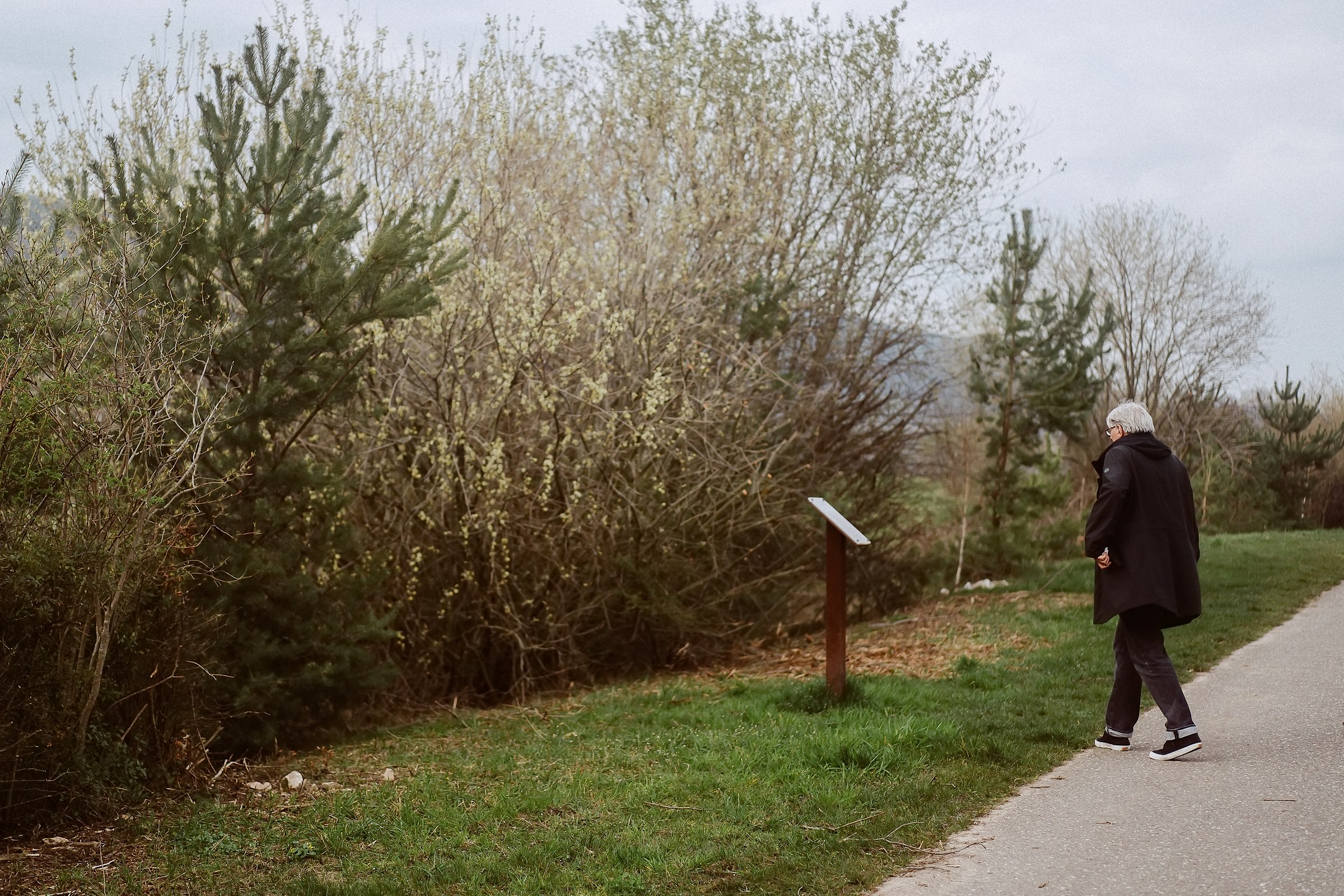 The Stiftung Rheinland-Pfalz foundation bought the Bergelmühle mill in 1995 and turned it into a location for literature and art. The redevelopment took two years. After its completion, the Künstlerhaus moved from the manor house located a few hundred metres down the road into the new building. Many details, such as the dark wooden panelling and the herring-bone patterned parquet floor in the old dining room were kept and so was the creaky wooden staircase. What’s new, is the extension building that comprises most of the apartments and ateliers, as well as a hall for readings and a large kitchen. However, the modern apartments were equipped with antique softwood furniture and with the pleasant atmosphere of Palatinate inns. 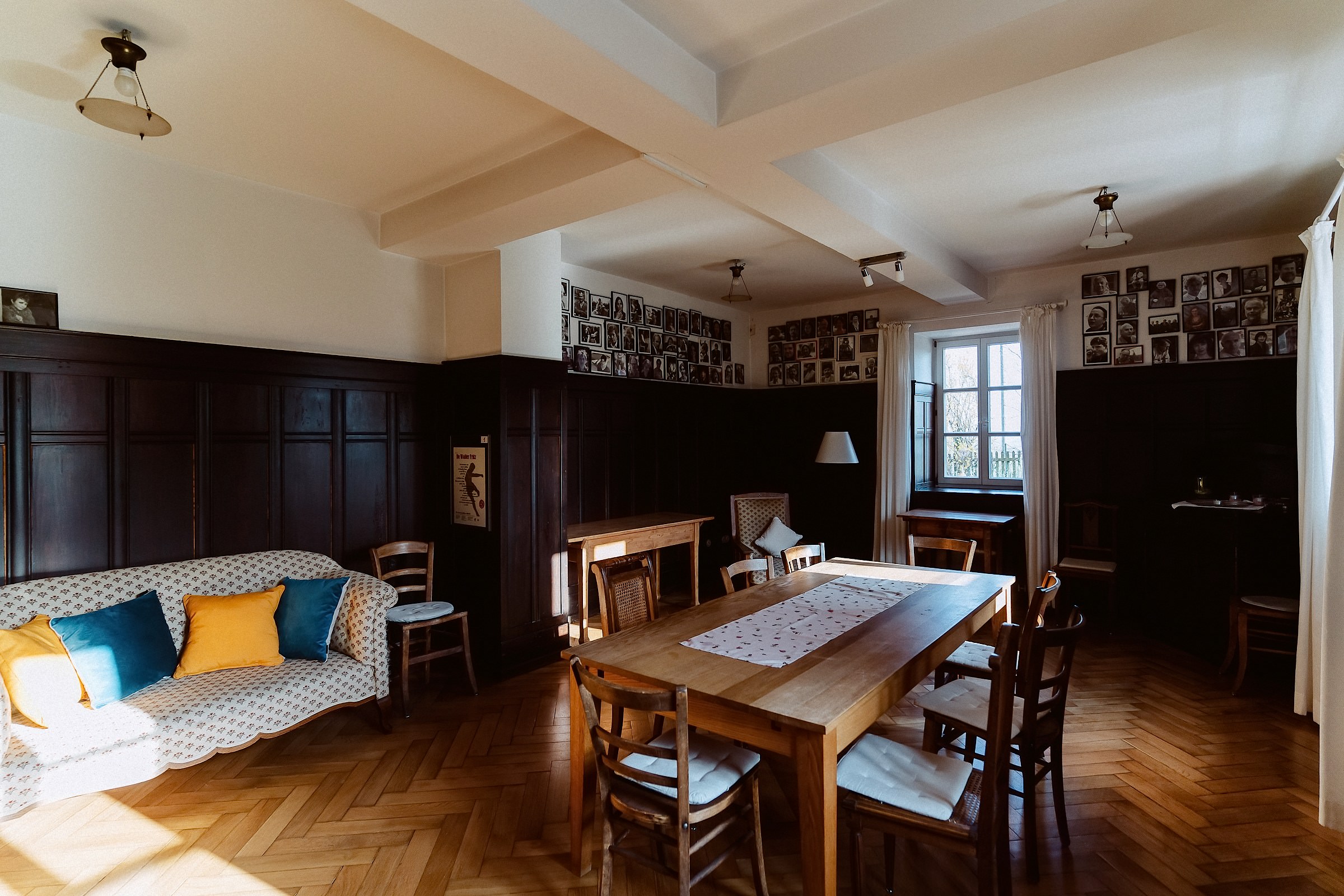 The house used to be a grain mill – the dark wooden panelling and the herring-bone patterned parquet floor in the old dining room were kept.

The foundation gives out grants for up to ten residencies per year to authors and translators, and two for visual arts. The artists of different trades live and work here for a period of two to six months and receive a monthly contribution. “For me, it is one of the most meaningful tasks,” says Hans “to take care that artists can worry about their art instead of about their living here, at least for a few months.”

He knows what he is talking about. Hans is an author and poet himself and he has translated several books from French to German. This was his source of income. “I don’t have to do that any longer and I am quite content with this.” He has been the artistic director of this institution of encounter for ten years and has thus been responsible for the scholars and the programme of public events. There is only one other artists’ house in Germany that is also directed by a poet. Hans likes to call himself a hostel warden. His job is to create a place where the scholars feel completely at home and can solely concentrate on their art. This goal is not always easy to achieve, because very different personalities come together here. “As a warden you have to like people,” Hans talks around it. “I do like people and I love this region.” 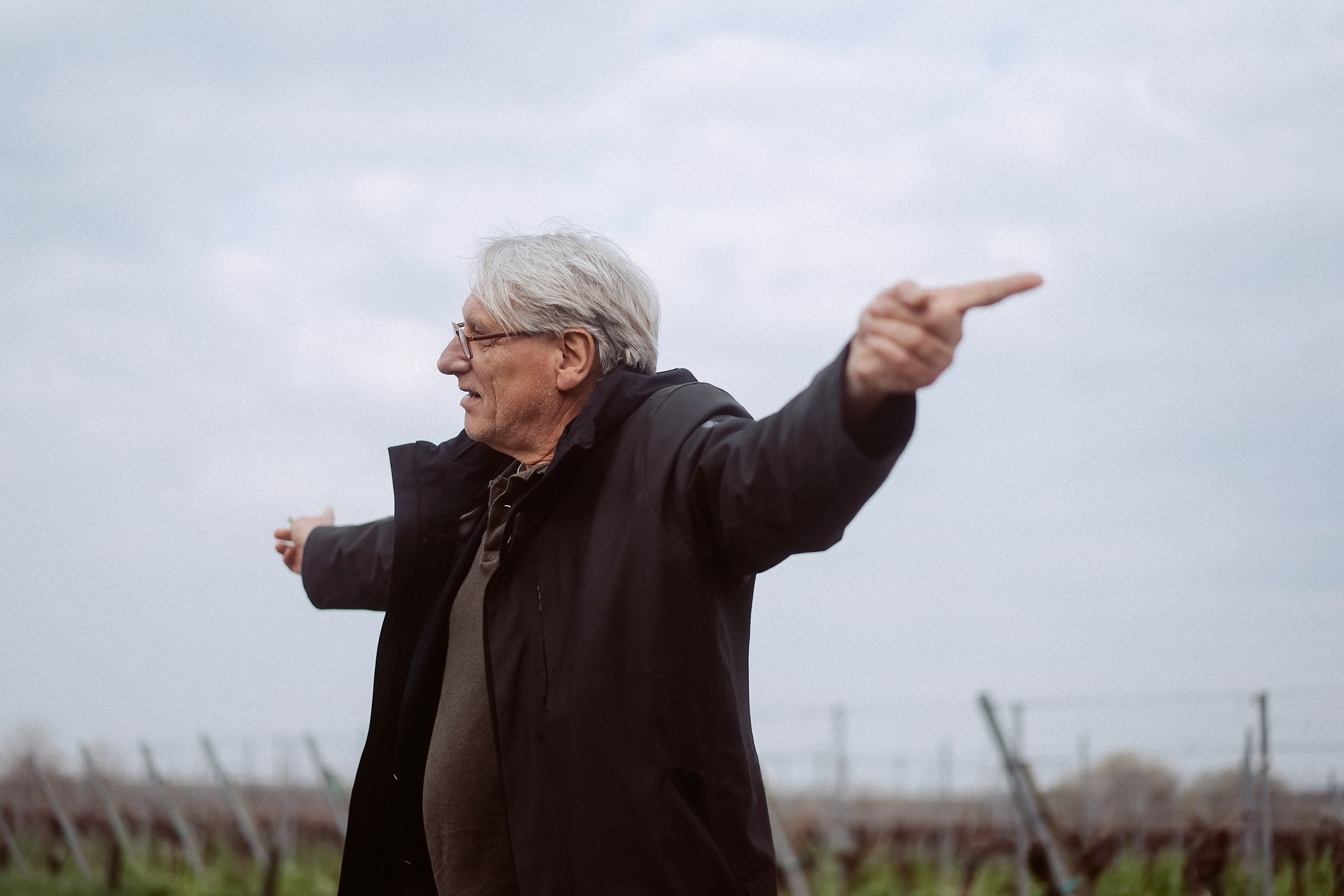 Hans likes to call himself a hostel warden: “I do like people and I love this region.”

Hans grew up in Baden-Baden and got stuck in Heidelberg after a university course there and was one of the founders of Das Wunderhorn publishing house. He has been in close connection with the artists’ house since its foundation in 1987, particularly with the series called ‘Poesie der Nachbarn – Dichter übersetzen Dichter’ (neighbour’s poetry—poets translating poets). “We invite poets from a particular country each time and German-speaking poets to work together on translations here every year,” Hans explains. Then, the house is buzzing for one week. In the garden, in the courtyard, in the old dining room: small groups of poets sit together and get into debates about words, meanings, rhythms and connotations. In a first step, the translators make a literal translation of the works. Afterwards, the poets work out a German free rendering together. Hans has been in charge of this series since 2003. 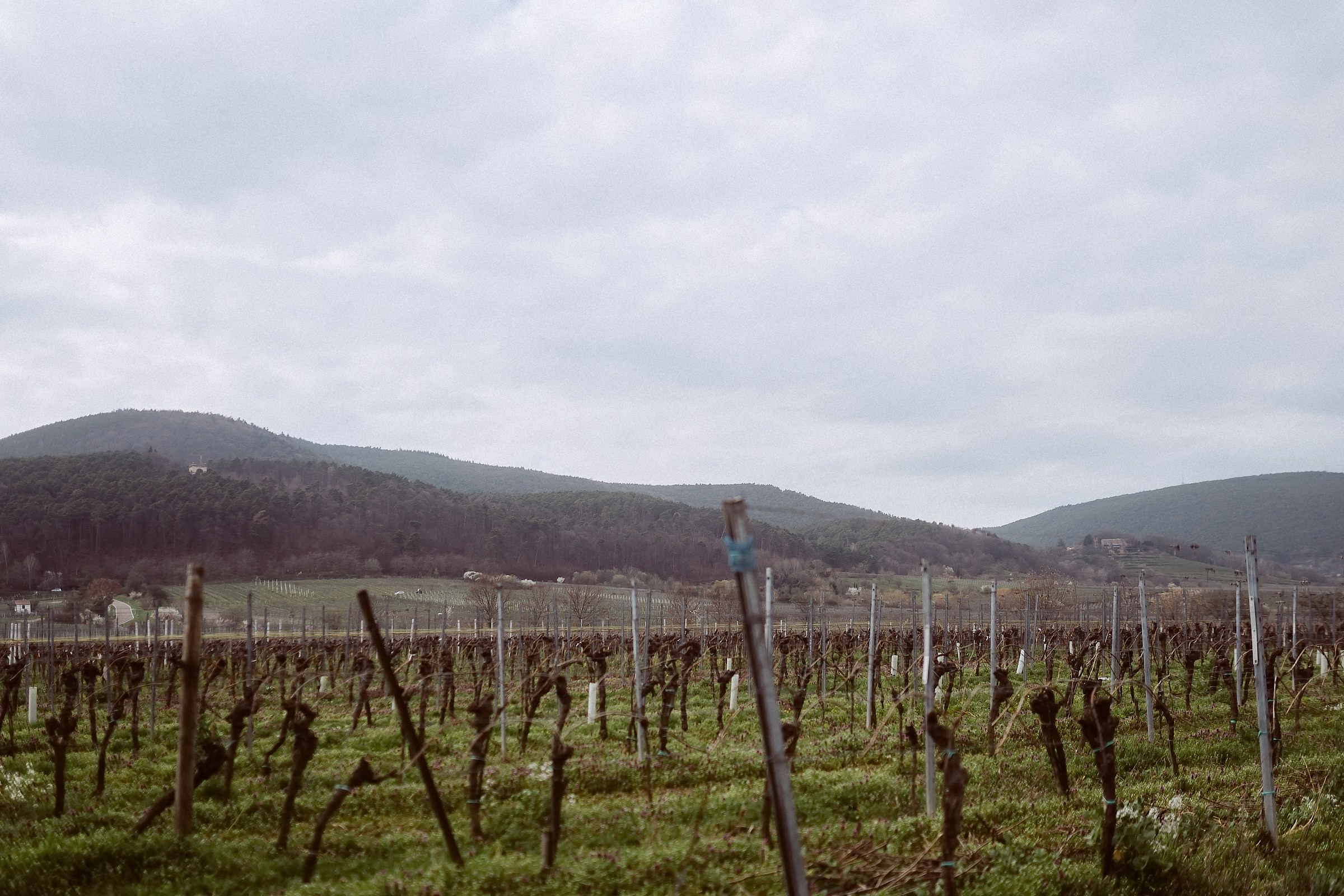 His predecessor, Ingo Wilhelm, and the then mayor of Edenkoben, Werner Kastner, went for a stroll through the vineyards around the house during one of these weeks of neighbourhood work. Ingo read the signs of an educational wine path that gives information about which kind of grape was growing on which vine. That day, he came up with the idea to do the same with poems. They should describe what their authors associate with this landscape—what they see, hear and feel. Friends of the artists’ house submitted their works. Among them was Danish Inger Christensen, who is one of the most important European poets of her generation. Thus, in 2007, the path of poems evolved—first to the north, later also southwards with another ten plates. “Just like two butterfly wings around the house,” explains Hans. His own contribution to the path of poems is the word-pecking ‘Honigvögel’ (honeybirds) poem. 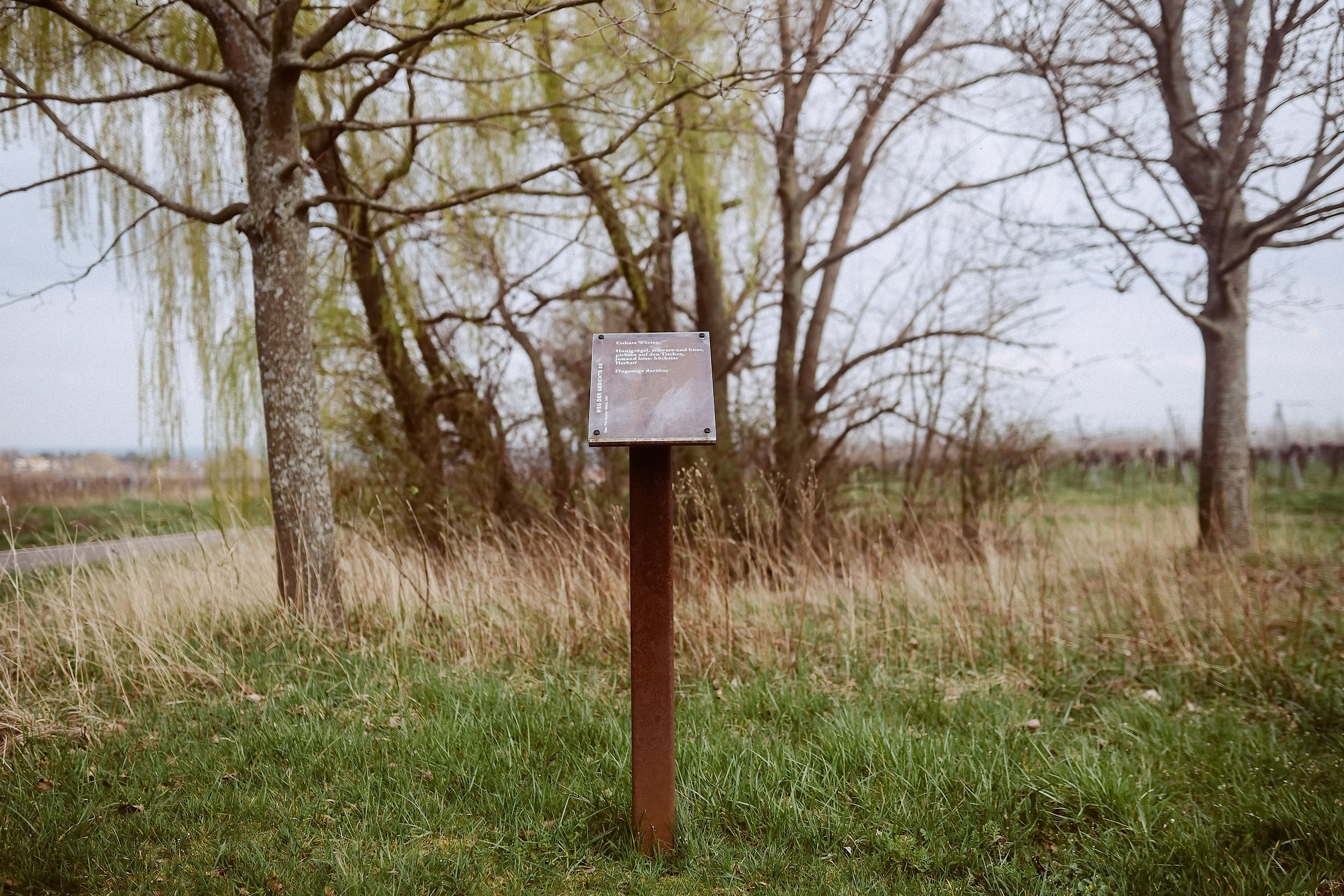 After crossing the road, the path of poems leads into the vineyards, along pastures humming with bees. To the west, contours stick out of the dark silhouette of the Pfälzerwald mountain range: Hambach Castle, Kropsburg castle and Villa Ludwigshöhe palace. It is an impressive backdrop for a poetical walk. Ten steles lead through the vineyard—ten poems which spread across ten different moods. 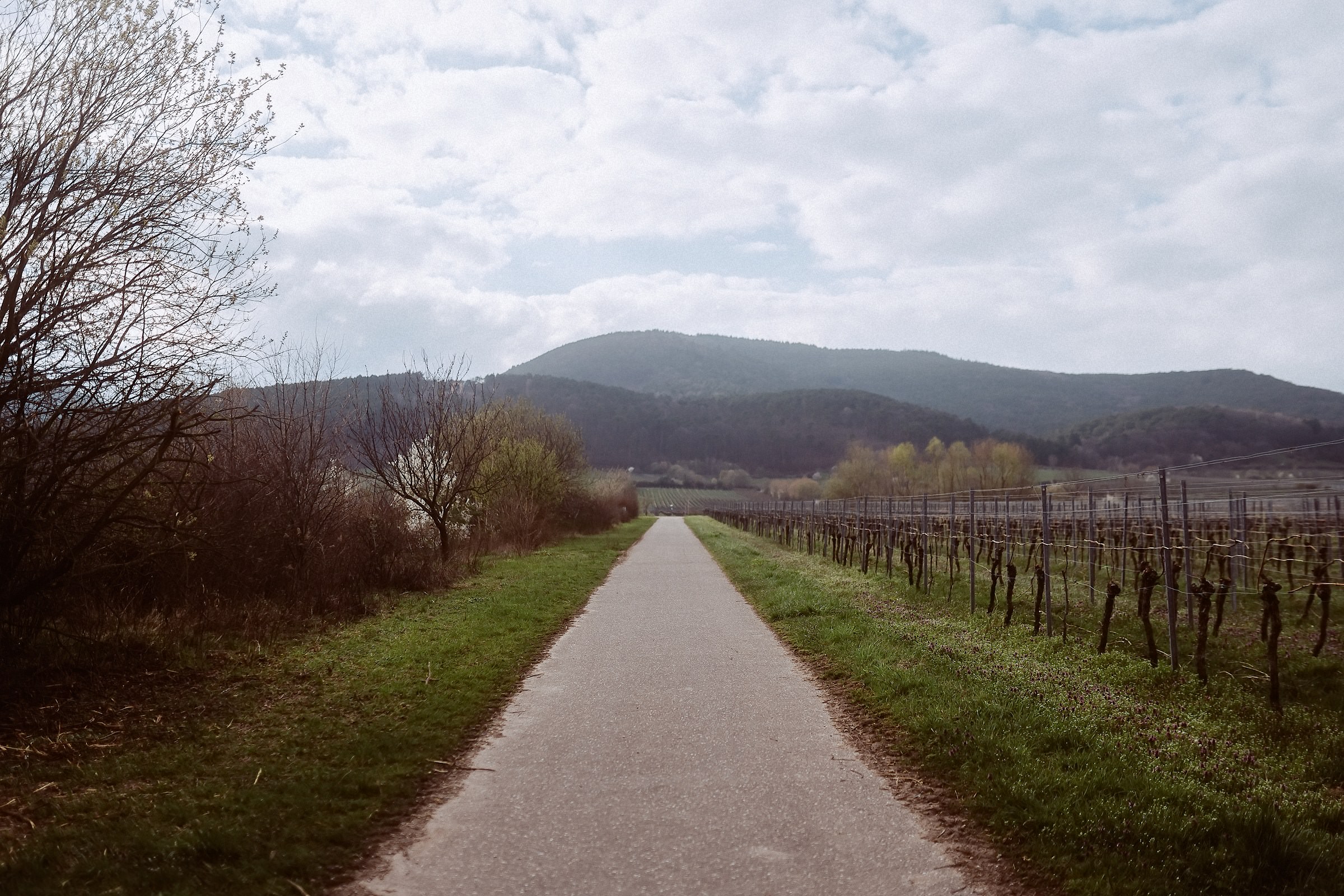 “In the beginning we were worried that the plates might be destroyed,” says Hans. However, this wasn’t the case. Quite the opposite: “Some people add poems to the steles, like a reply.” And yes, it does happen sometimes that a wine-grower accidently bumps into a stele with their vehicle—the place is a farming site. Viniculture is often taken up in the poems, by the way, just like the landscape, almond trees and rose hips—and also the work with languages and translations: from grapes into wine and from French syllables into German poetry. 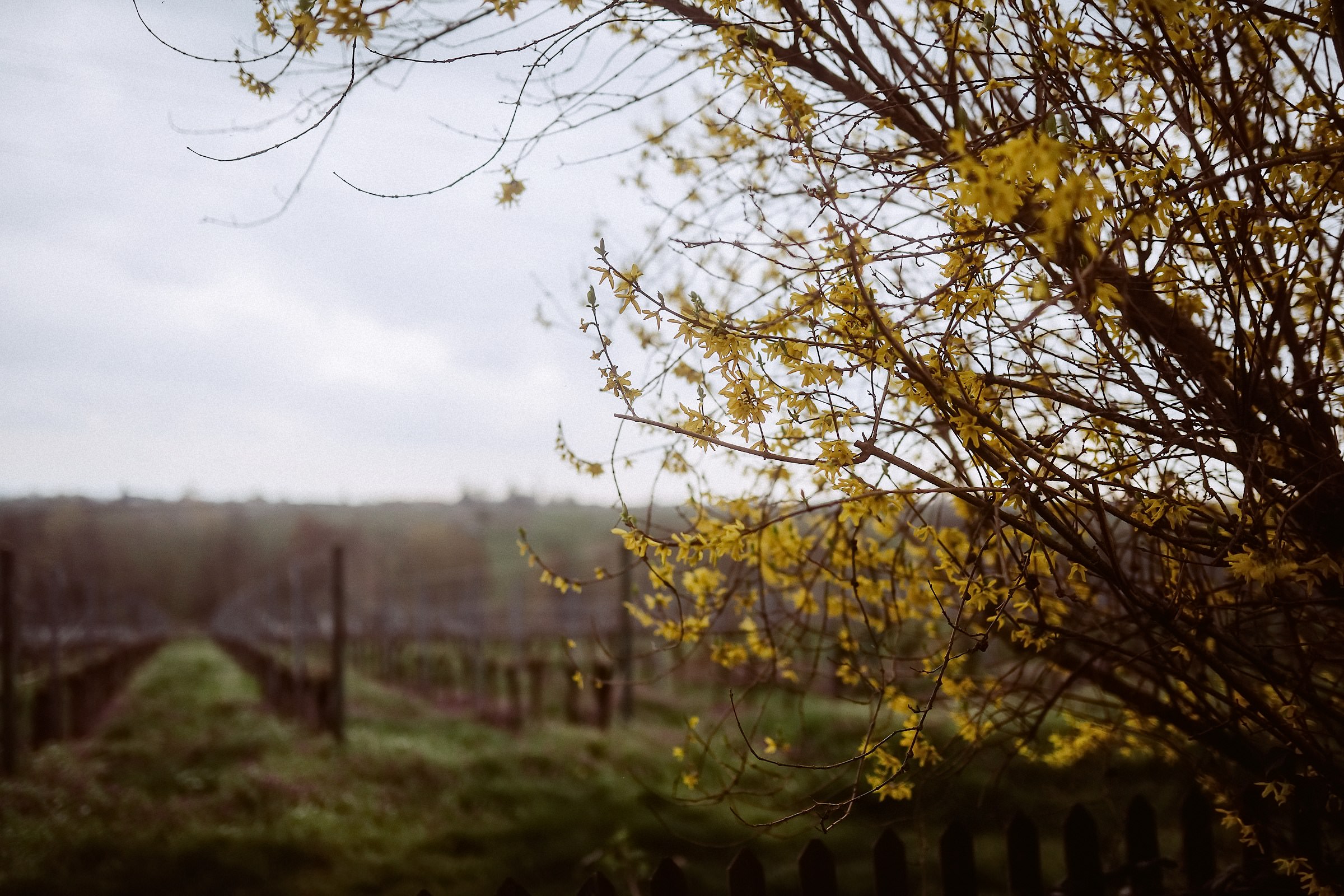 The poems often pick up feelings and moods or bring scenes to life that may have played here sometime. You can almost see people harvesting grapes in front of you when Walter Helmut Fritz writes about stiff backs, numb fingers and cold feet or about  “laughter replying to laughter”. And the poem by Brigitte Struzyk located below a creaky, old pear tree with a direct view of the vines makes the reading observer a part of the poem scene: They, like the ones in the poem, are just strolling through the vineyard with pears at the side of the path or a tree at the verge of blossoming. 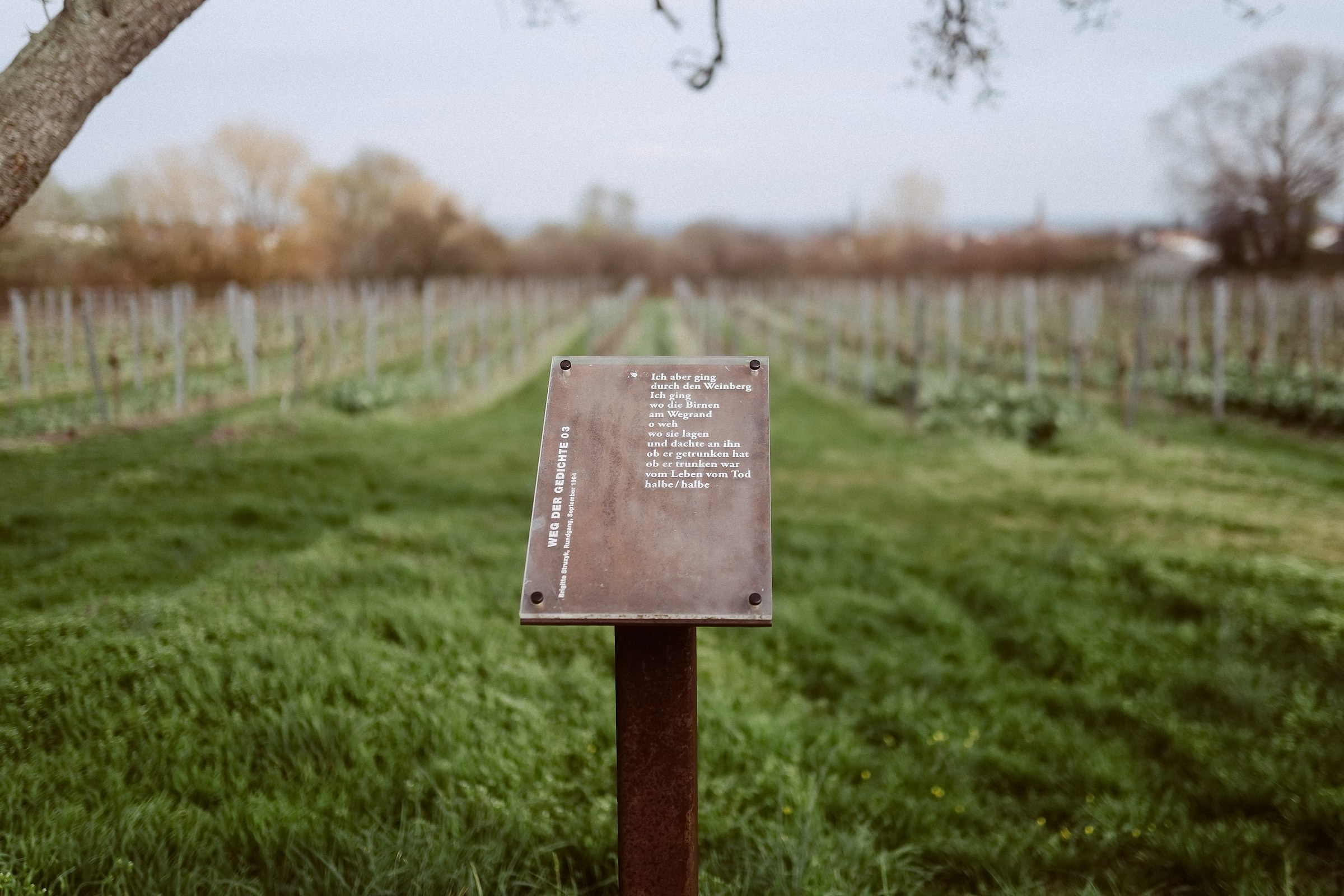 “Many people believe there’s big competition among poets. But this is not true—all the more not in Edenkoben,” says Hans. The encounters here in the Palatinate are different from experience you might make elsewhere in the world of literature. “The pastoral idyll makes you feel easy and relaxed.” It is a place that has attracted Nobel laureate in literature Herta Müller or dramatist Theresia Walser. Many books have been started or completed here. And even if no scholar has to prove the productivity at the end of their residency in Edenkoben, Hans believes that the stay here has helped them to make progress. “As a poet, you get discouragement from everywhere. Publishers say: ‘Well, that’s all nice, but not for me!’ And even at the book fairs they say: ‘Don’t do it!’ But we say: ‘Do it!’ And take care of the conditions required for success.” A place of encouragement. A little Eden for poets! 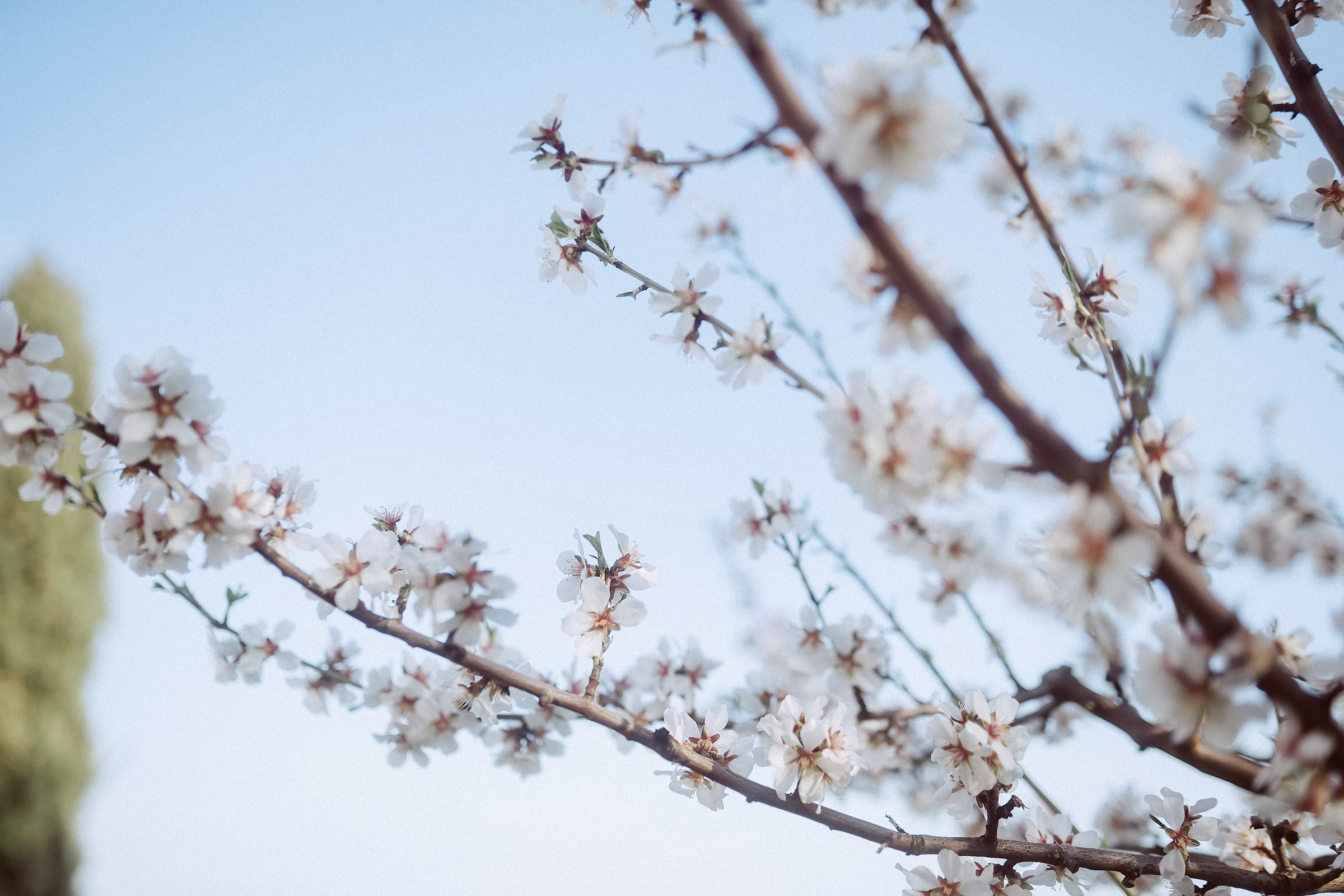 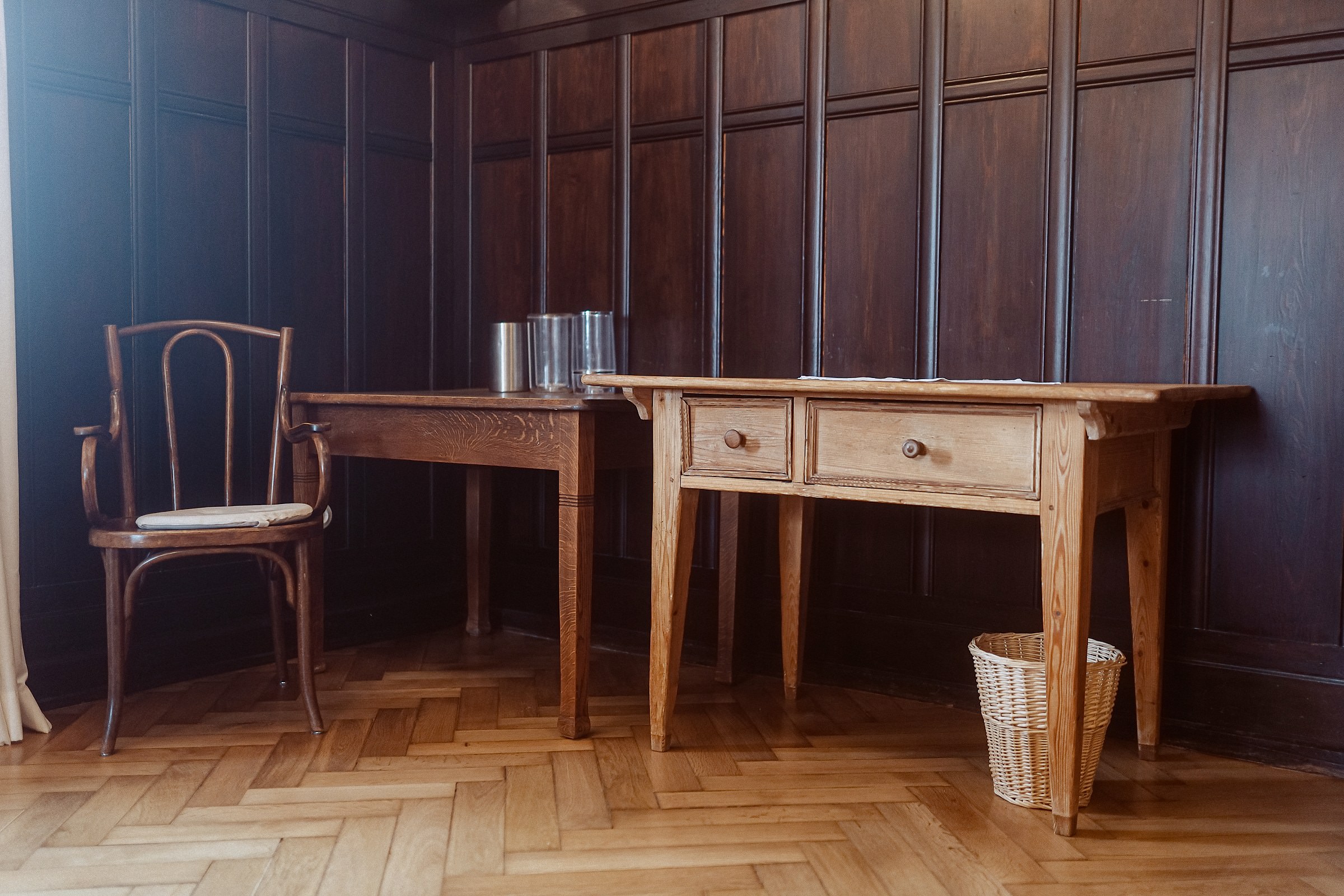 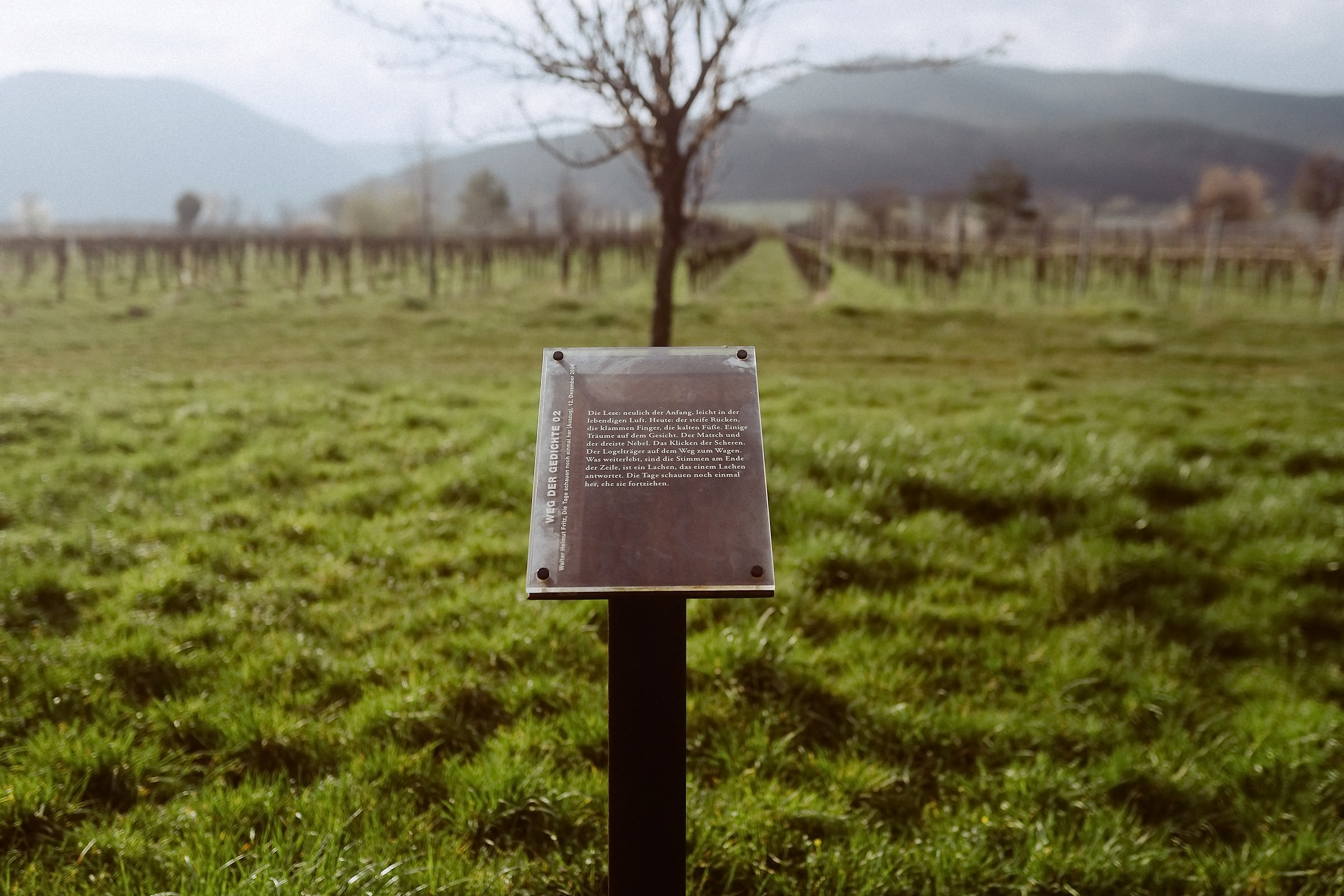 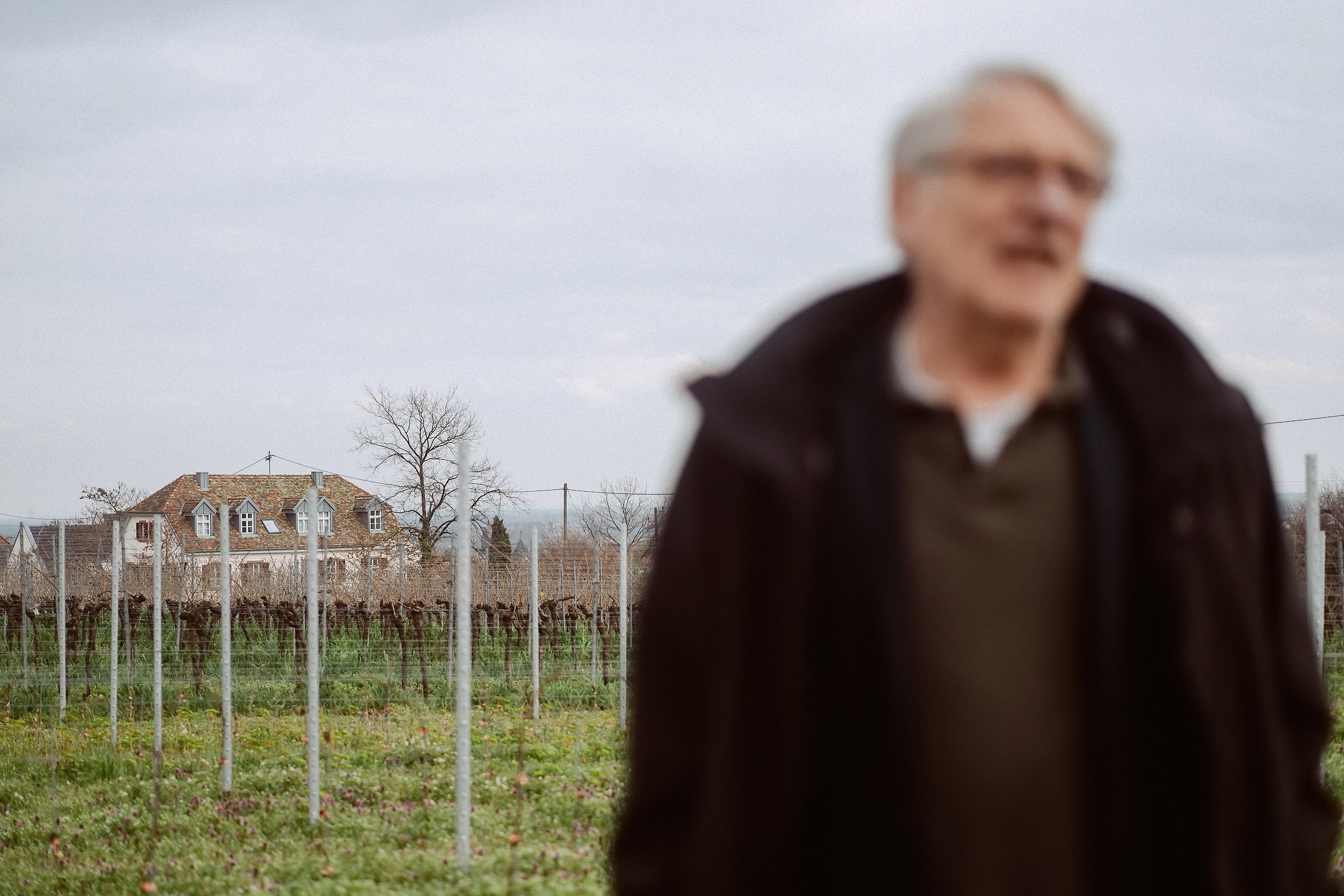 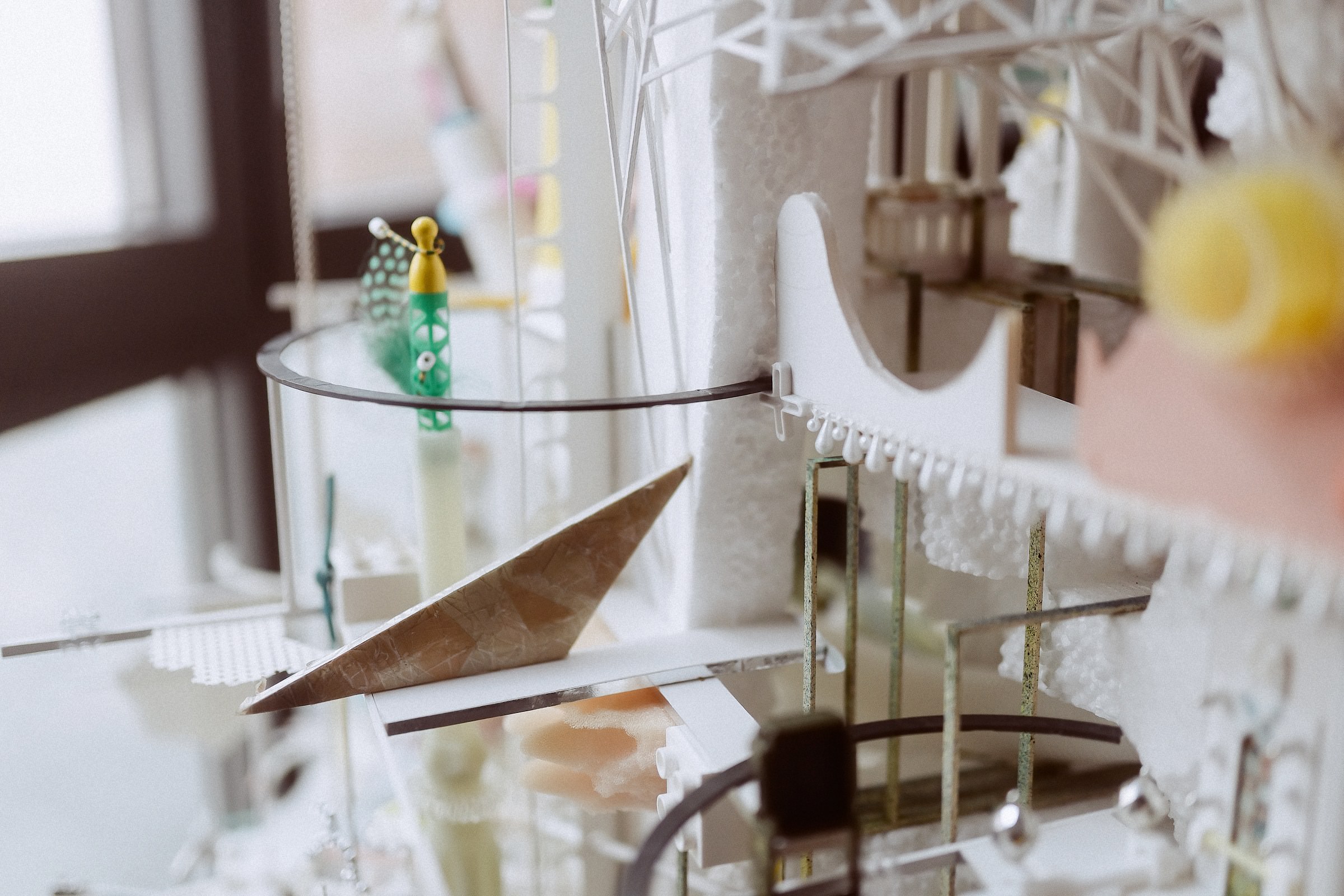 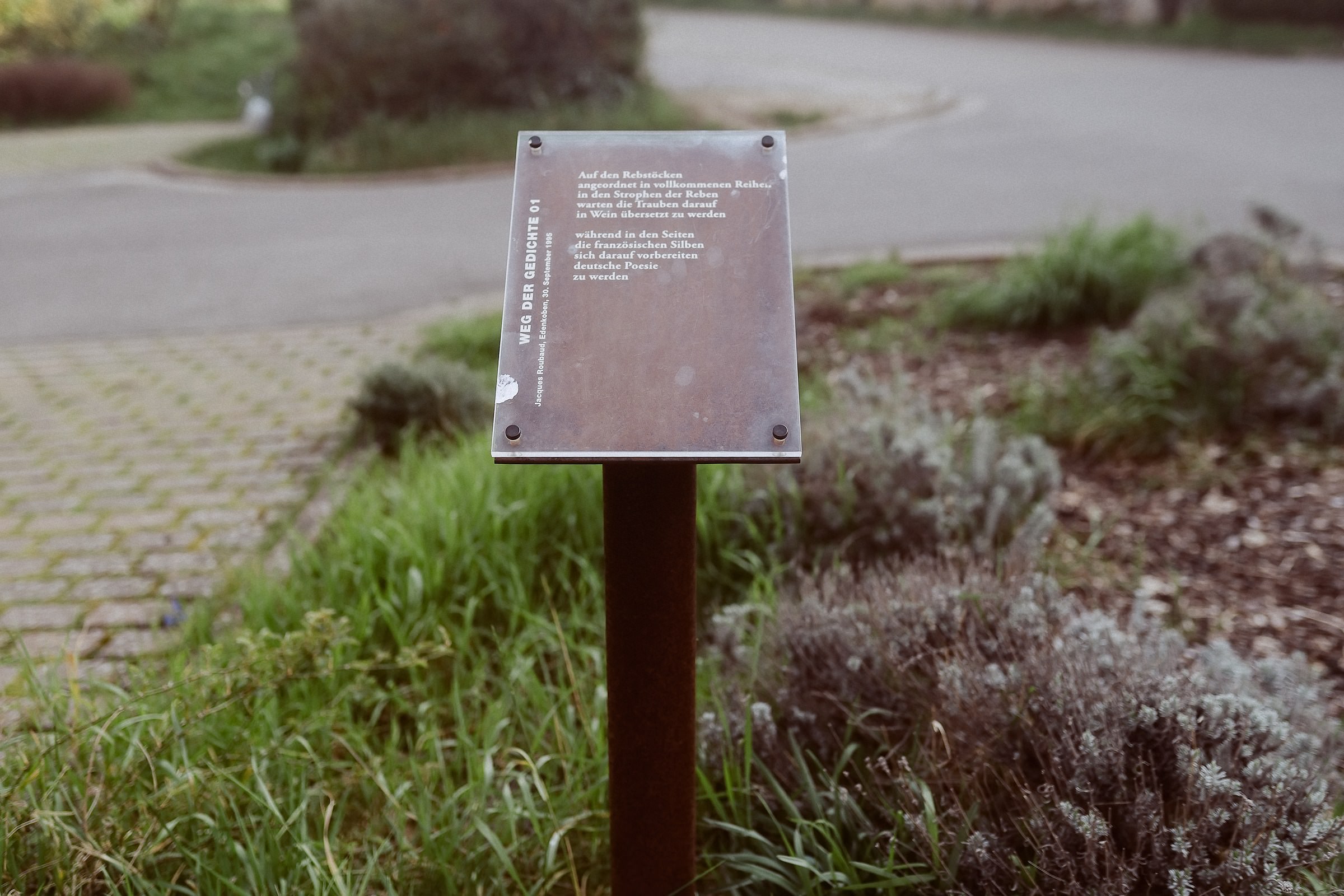