Stories from the cabinet of curiosities

From being a burden to being a place that makes a difference: In March 2018, the former “Ochsenpferchbunker” in Mannheim will become the MARCHIVUM.

Gloom? No, total darkness. What did it feel like in here, when the bombs were dropped outside? How did people cope—with the situation, with each other, with their fears? Did they panic when the power blacked out in here, behind meter-thick walls, in these rooms of the air raid shelter from 1940-1943? Ulrich Nieß is standing in the brand new MARCHIVUM in Mannheim, gazing into the sun. When the winter light fills the spacious new lecture room, they are definitely very far away—those dark nights of bombs being dropped during World War II. 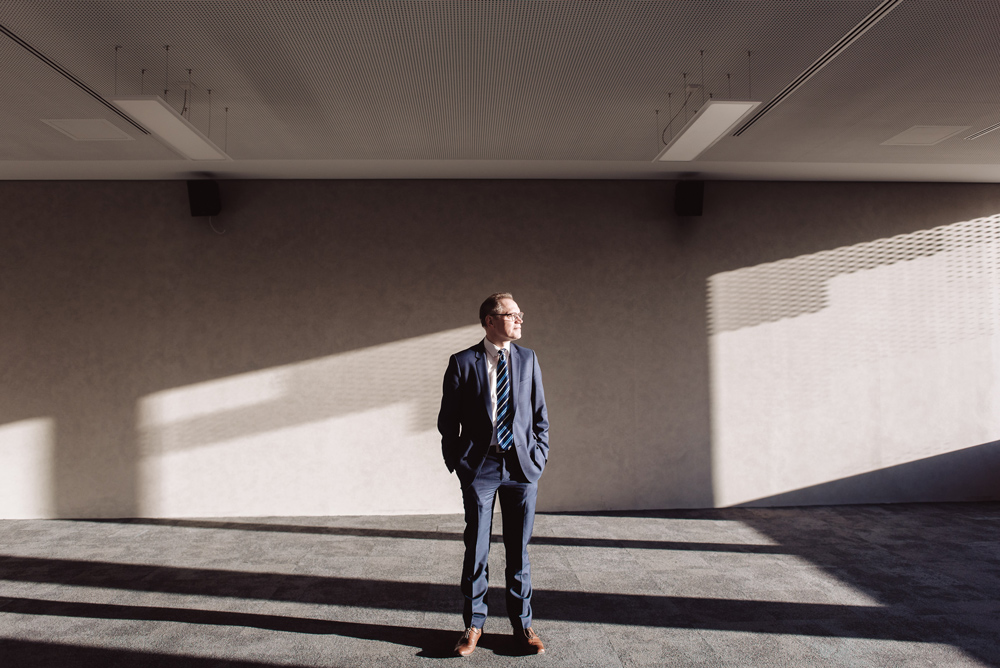 The “Ochsenpferchbunker” once used to be Mannheim’s biggest high-rise bunker: a shelter for 3,412 people; if ever necessary twice as many could squeeze in. Even after the Nazi era, it played a major role: as a refuge during Cold War times and right into the 1990s. After that, the relic from dark times had become problem property. Inaccessible, unused and so monumental that the concrete building block with its striking stair towers could hardly put into use anymore. But then, an idea began to evolve within Ulrich Neiß. “In 2013 we had water damage,” the director of Mannheim’s city archive says, remembering one morning in the Collini-Center which has housed the historical memory for almost three decades. There was no damage done, and yet: “Water is worse for archive material than fire.” In 2010, the archivist, who holds a doctorate in history, took part in a rescue operation unprecedented in archive history, helping to digitalise parts of Cologne’s city archive. “The images from back then never let go of me.” And since the city had wanted to get rid of its Collini-Center sooner or later anyway, he, too, started searching—for a suitable, a special place. 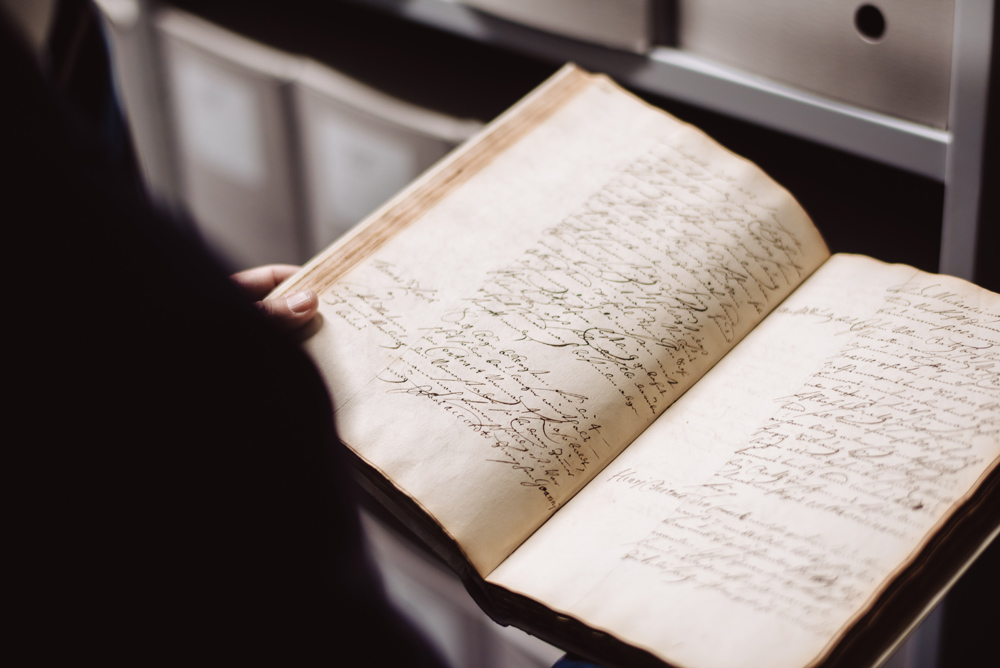 So it happened that this year, on March 17, 2018, MARCHIVUM opens. The unusual building was developed by the Mannheim-based architecture firm Schmucker, which had once brought up the idea of the conversion of the bunker and now works hand in glove with the city’s housing association “GBG Mannheim,” which will lease it to the city—a win-win situation for both parties. The costs for this project will amount to EUR 18.6 million, with the federal government covering EUR 6.6 million, because it considers it a “national project of urban building.” This is why Schmucker built two floors with glass fronts for offices, meeting rooms and a conference room on top of the former bunker. “The Nazis actually had already planned an extension,” Nieß says, showing the drawing of a Hitler Youth home, for which an elevator shaft had already been planned when the bunker was constructed. And the top ceiling had been arranged in such a way that it was especially easy to open. And yet: The Schmucker architects had to work without a construction file. The one from the Nazi era was lost, the federal government keeps its copy from the times of the Cold War still secret. This is why during the reconstruction works at some places true cabinets of curiosities were revealed—sometimes with 80 tons of sand behind. They were meant to serve as filter rooms with the sand cleaning the air in case of a nuclear attack. Sometimes they consist of tiny plots which were made after the war for families which had lost their homes. In the, back then, more than 400 social housings, it must have felt as if the sun light was completely out of reach behind those meter-thick walls and never-ending corridors, and with the air being so stuffy and wet. 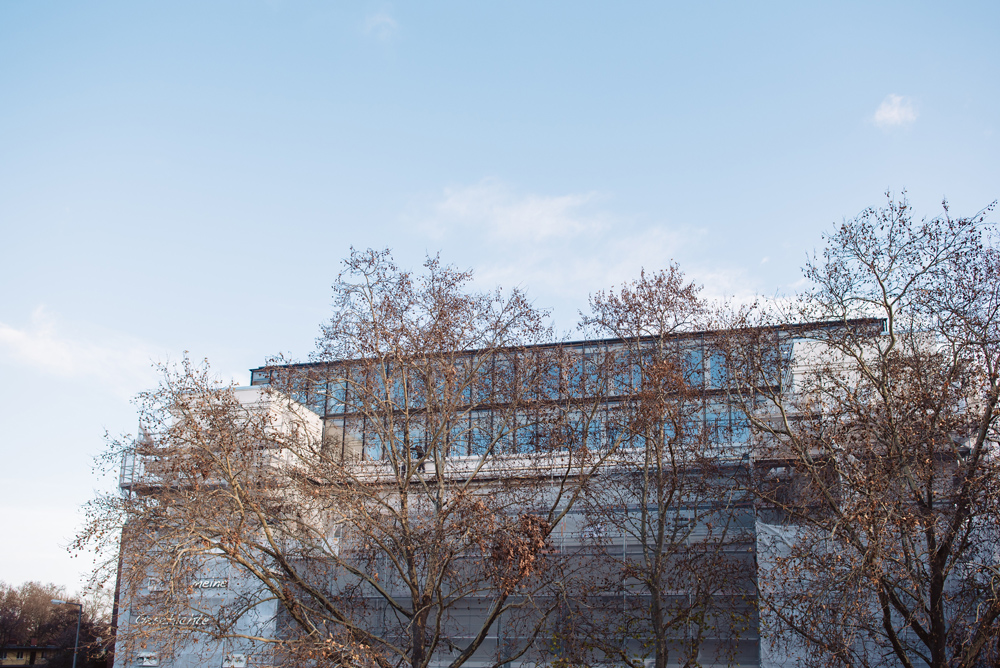 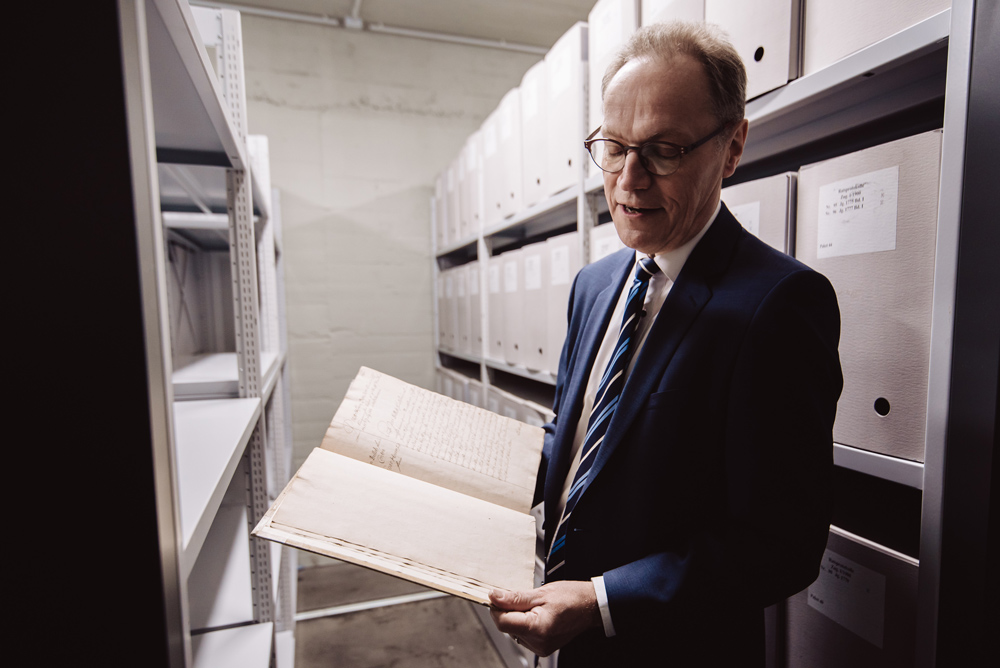 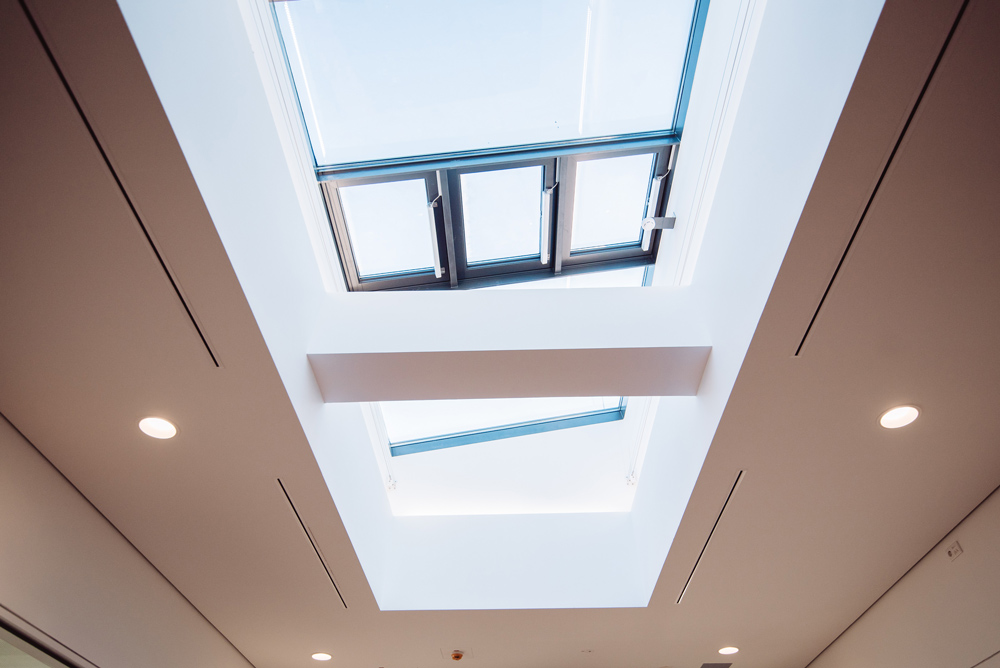 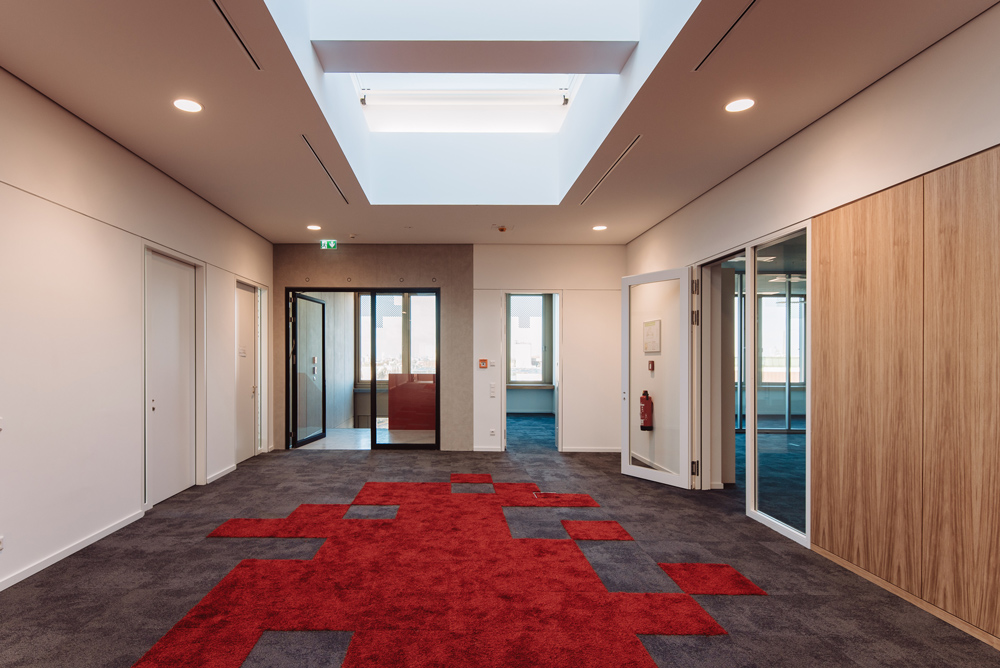 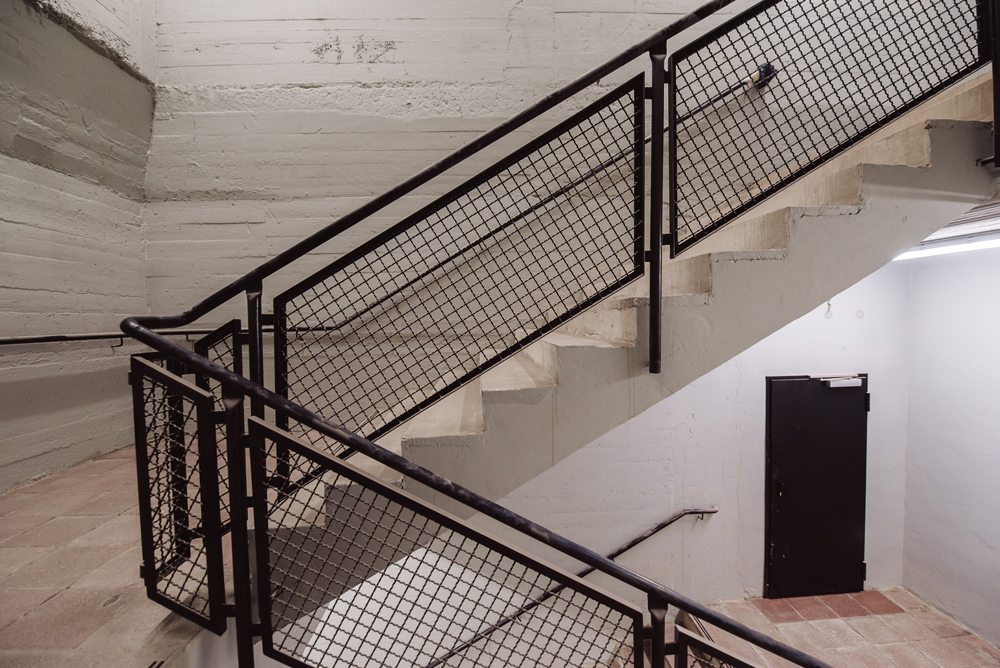 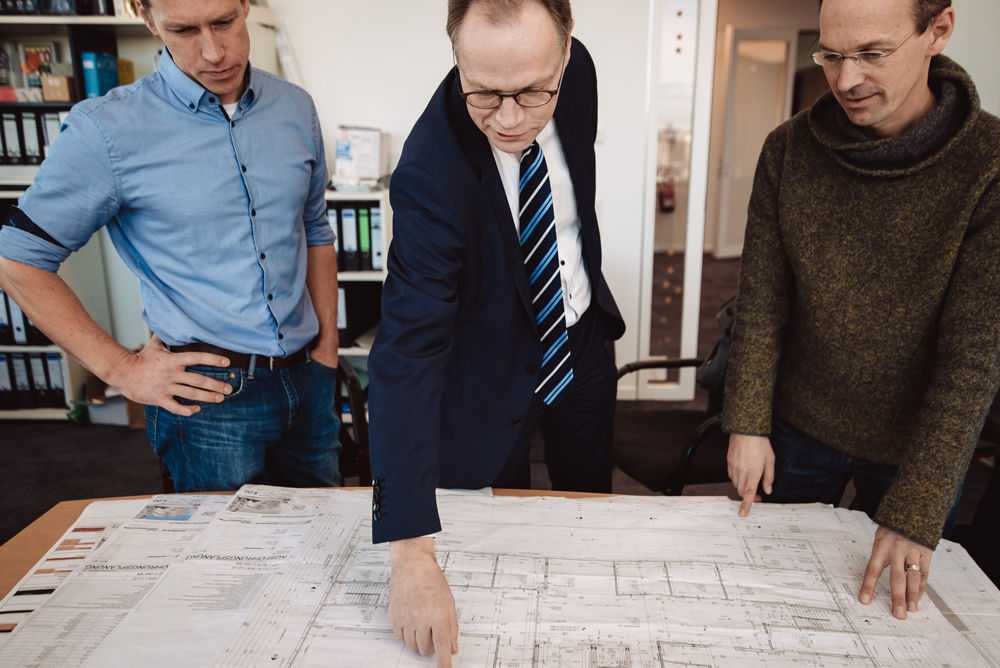 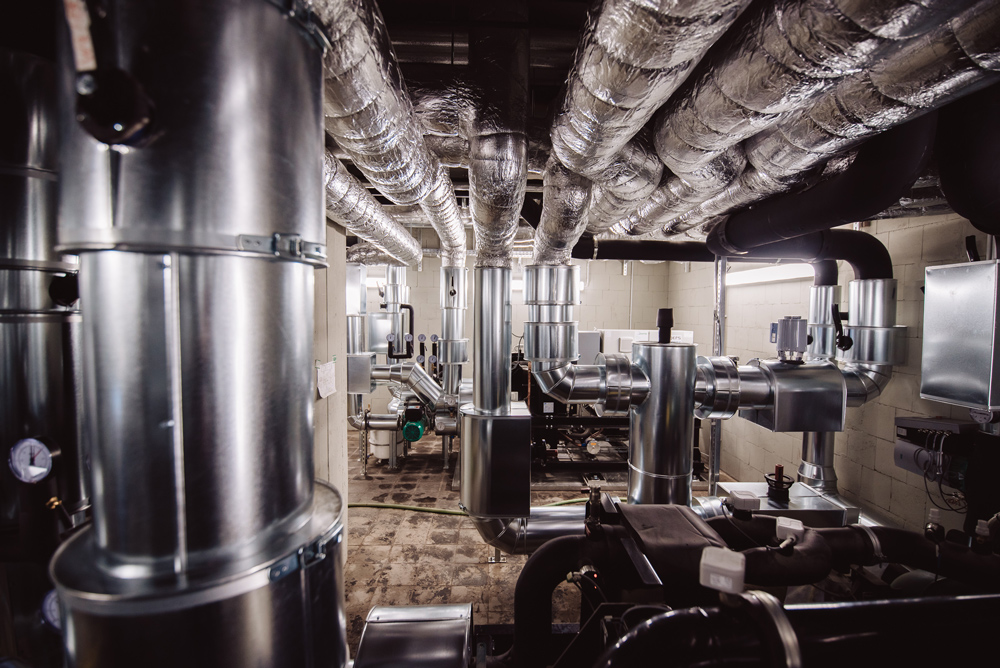 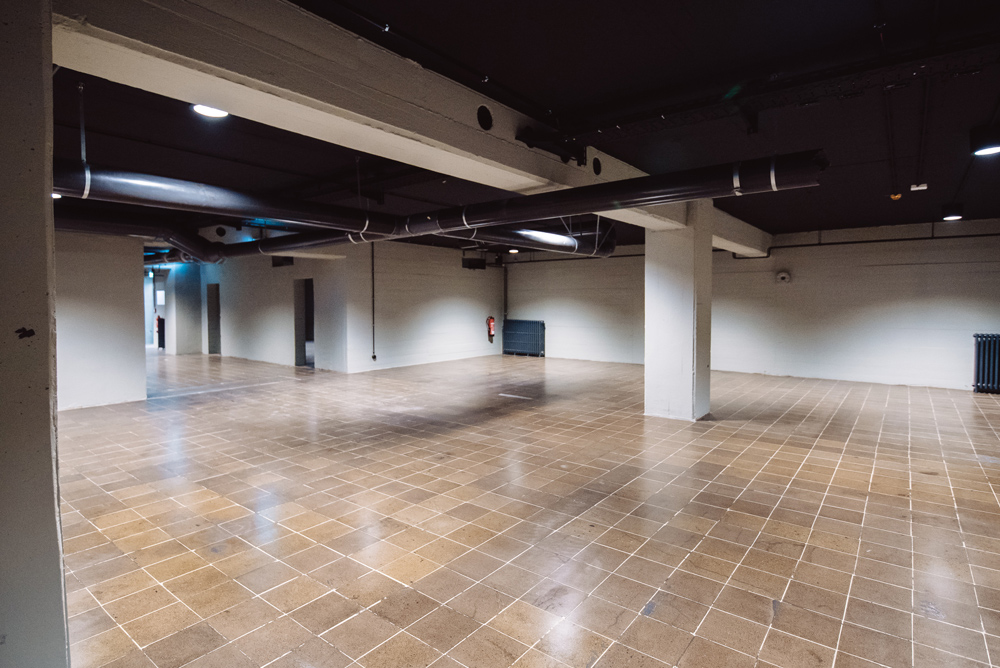 In the future, the second to the fourth floor will be reserved for the heart and soul of the MARCHIVUM: the archive material. Files from the city’s sports and public pools department, from the housing department, the grammar school “Karl-Friedrich-Gymnasium” or from the transport company “VRN” are stored here. As are the oldest council minutes from the 17th century in endless rolling stacks, and historical films, too, in a special cold chamber, the photographic legacies of press photographers from Mannheim, architectural models, 13,000 posters or the collection of glass plates of the art gallery “Kunsthalle Mannheim.” 20 kilometres of shelved archive material will be stored in the MARCHIVUM—seven more than it used to be in the Collini-Center. Together with the holdings of the “Wohlgelegenbunker” it will amount to 26. Compare that to Cologne before the collapse, where 30 kilometres of files were stored; constructing a new city archive there will create space for 50 kilometres of shelves. 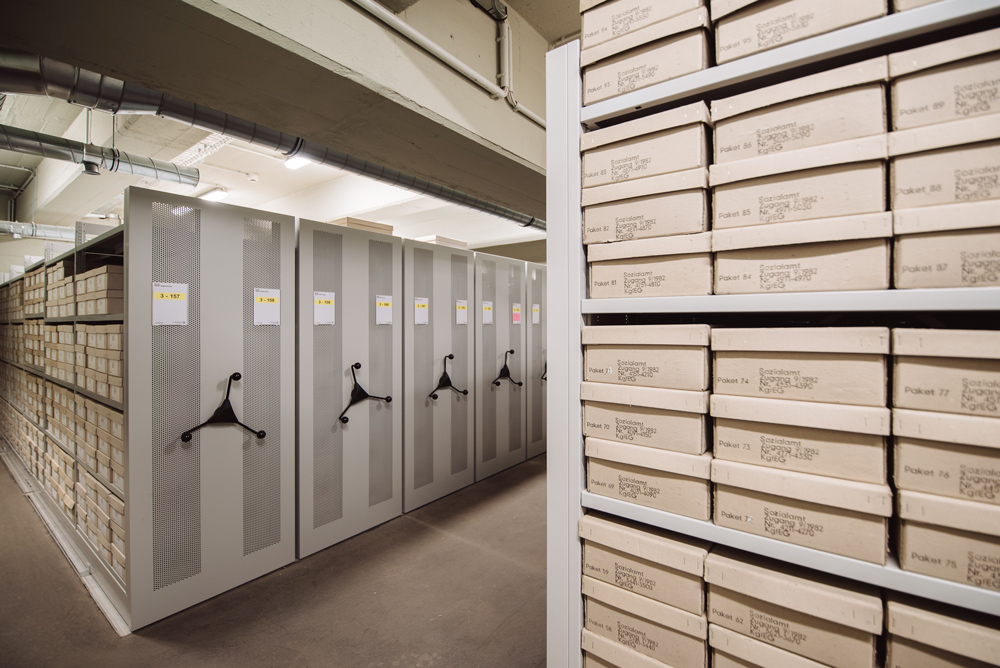 There are 56 bunkers within the city boundaries of Mannheim. They were used—at least temporarily—as red cross centres, furniture storage facilities, workshops or for cultivating mushrooms, as cold storage facilities or as a hotel. But by creating the MARCHIVUM one of them will be converted from a building from the Cold War era into a place of democracy, where decisions, developments and processes will be presented in a way that they can be understood—not only in retrospect, but with regard to the future, too. We are not planning a classical exhibition where written documents are displayed in showcases,” Nieß says, but a “place for learning and experiencing” city history, a place where pupils can come together in project rooms and participate in the research using the original documents or where you—from 2019 onwards—can take a spin through the historical Mannheim in a reconstructed Benz automobile as part of a permanent multimedia exhibition, or where you can listen to compositions from Mannheim’s history of music. Some time ago, Nieß, who was born in Trier in 1960, received an honorary professorship at Mannheim University. He accepted it in order to build an even stronger basis for the city history and his archive to be included in the curricula of the seminar outlines. And in order to establish, together with his colleagues and his students, a NS documentation centre, which—to some extend—proposes the bunker itself as a research topic: “The bunkers were built for the biggest part by forced labourers from France and Russia,” Nieß says—but the names and the fate of each one of them are yet unknown. “History consists of stories,” Nieß says. But many of them are yet to be told. 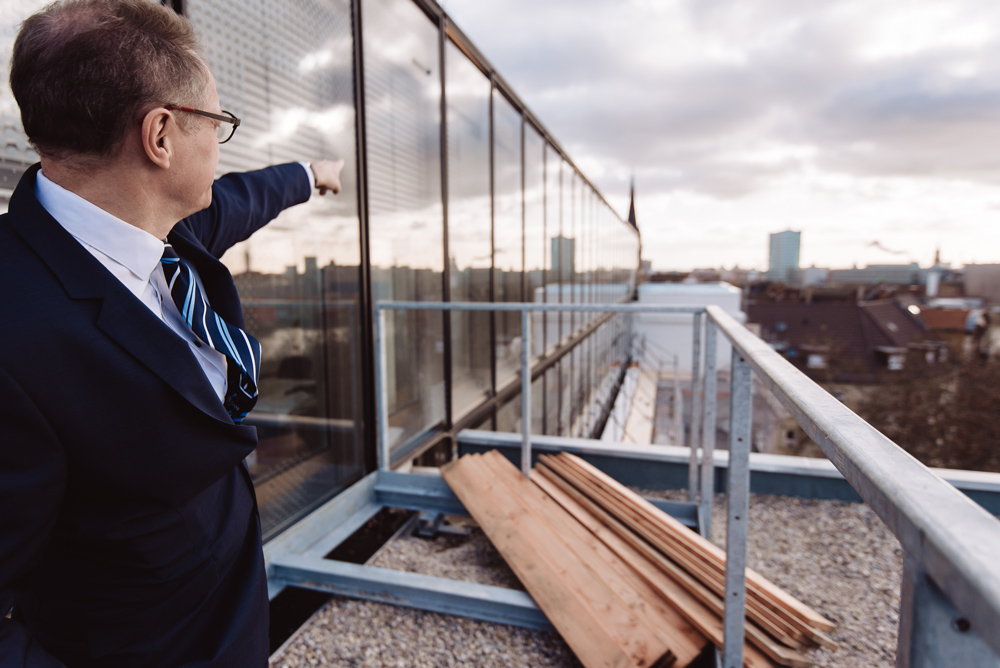 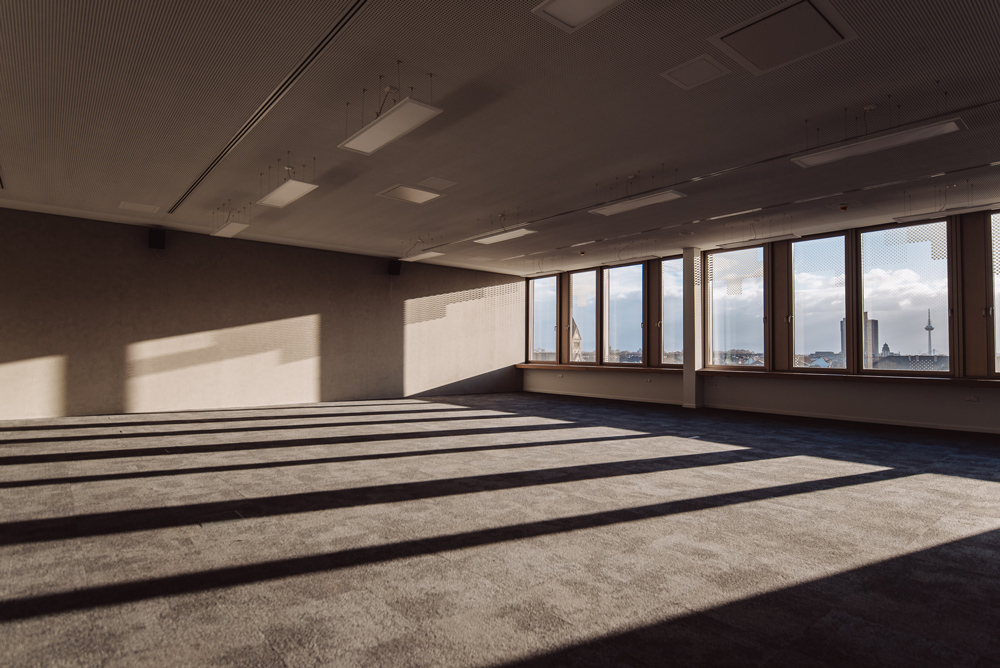 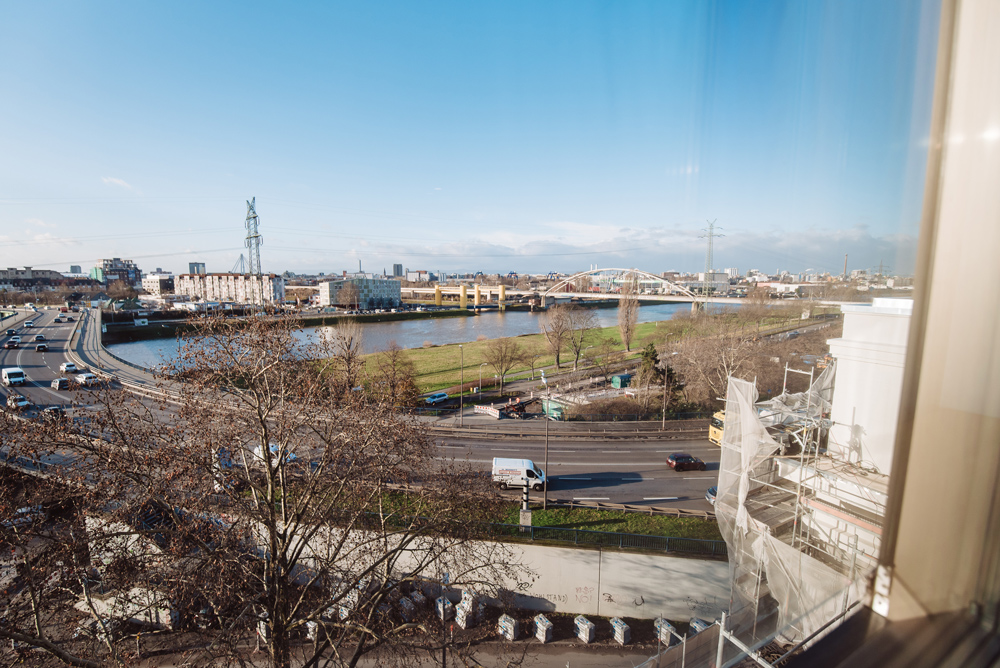 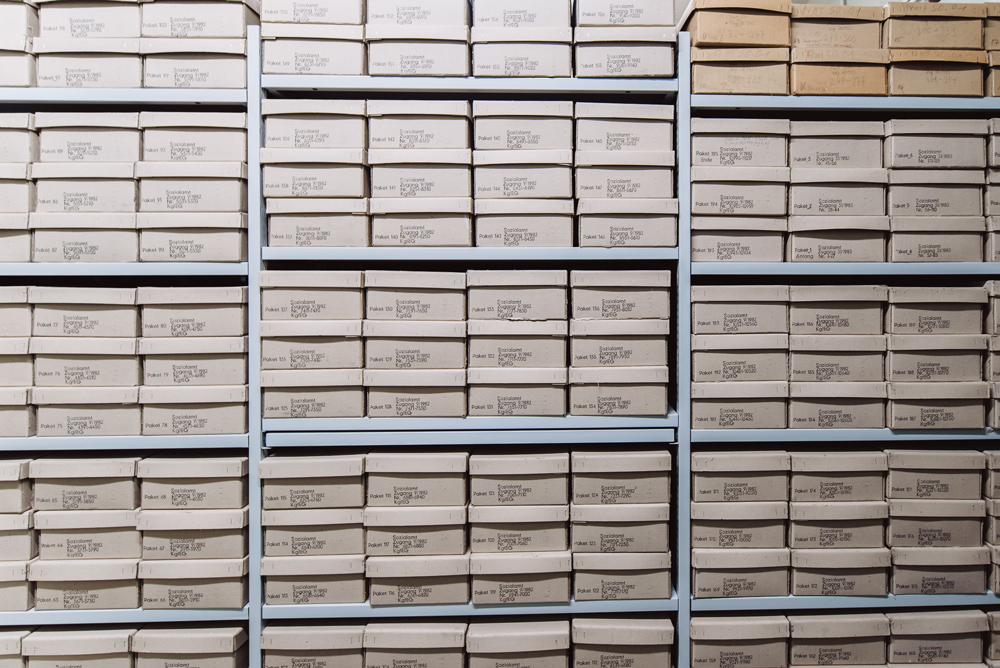 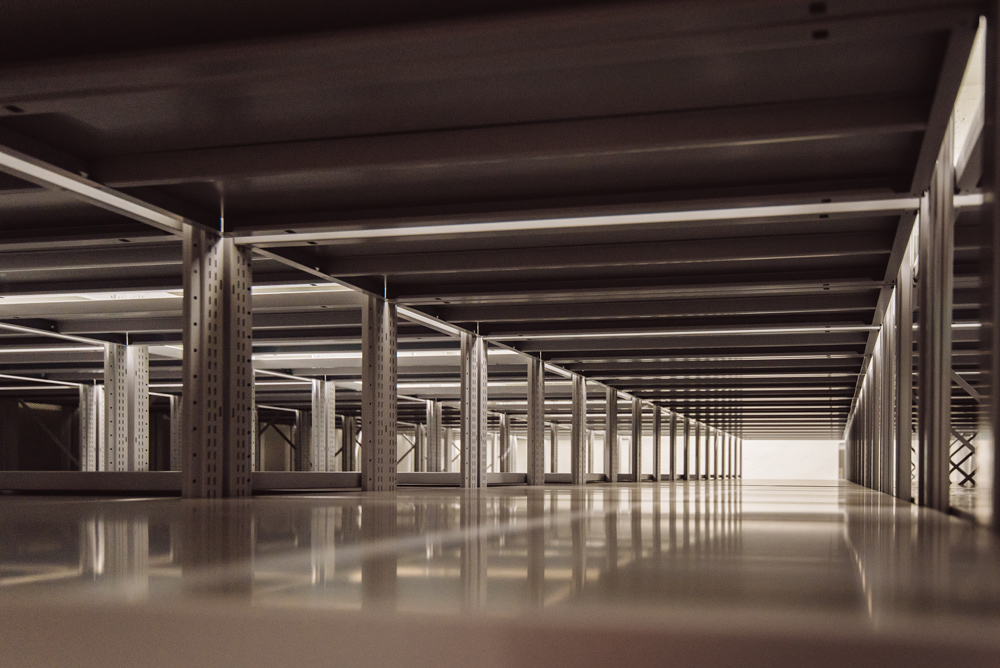 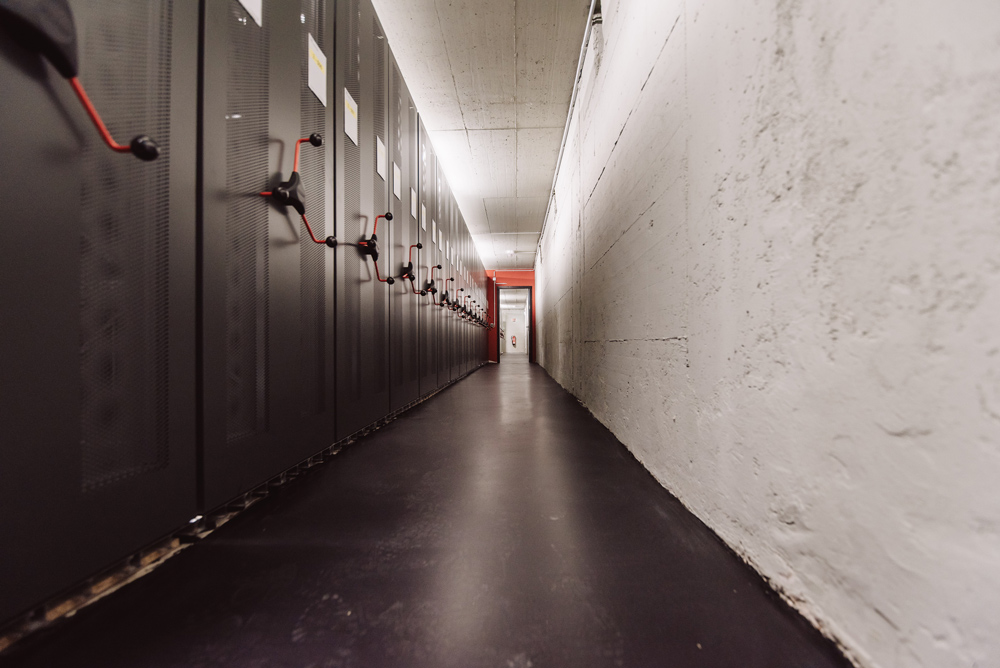