The Old Bridge, the Palace and the University—everybody knows Heidelberg’s attractions. Apart from these and outside of theOld Town, large pieces of mural art have been attracting ‘cultural tourists’ since 2015. Colossal photorealistic portraits, abstract forms and surreal mythical creatures extend over formerly grey walls of buildings—pieces of public artcreated in the annual METROPOLINK street art festival add a jolt of colourto the cityscape.

Pascal Baumgärtner came up with the idea of creating a new platform for Heidelberg artists about ten years ago. During his visits to Barcelona and Rome, he experienced the local creative scene and got enthusiastic about its notion of community. Today, he is the organizer of the Metropolink festival. 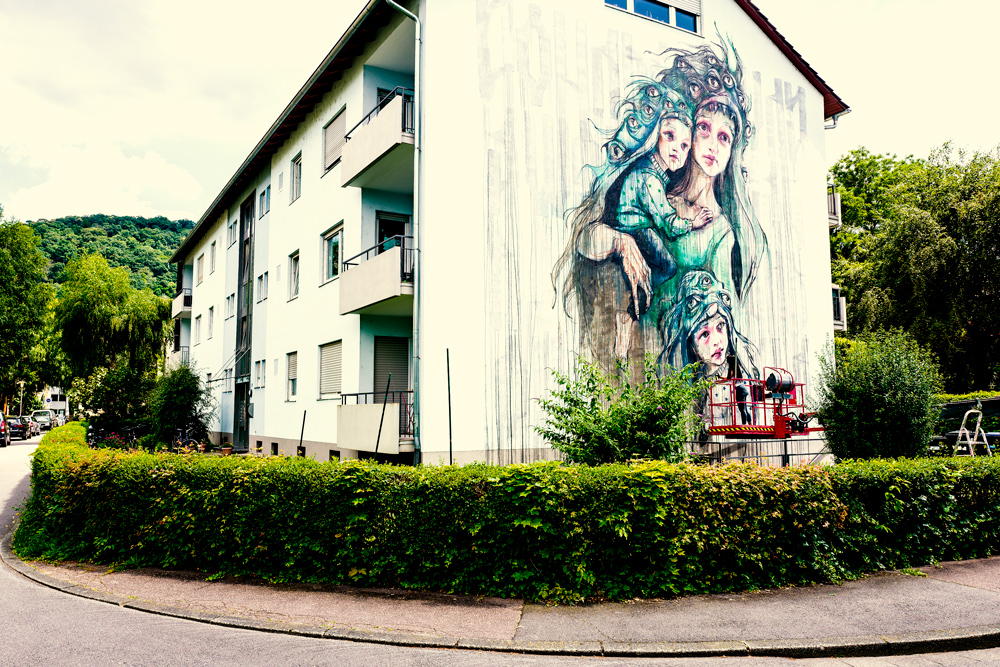 In 2008, he managed for the first time to organize vacant commercial spaces in Heidelberg as a platform for local artists to temporarily present their art. Year after year, Baumgärtner’s pop-up gallery provided room for amazement time and again under changing headings and at various locations, until it became a permanent institution titled “Willi Bender” of the Heidelberg art community. Every year and in every space, there is a piece by graffiti artist Cédric Pintarelli, known as Sweetuno in the street art scene. 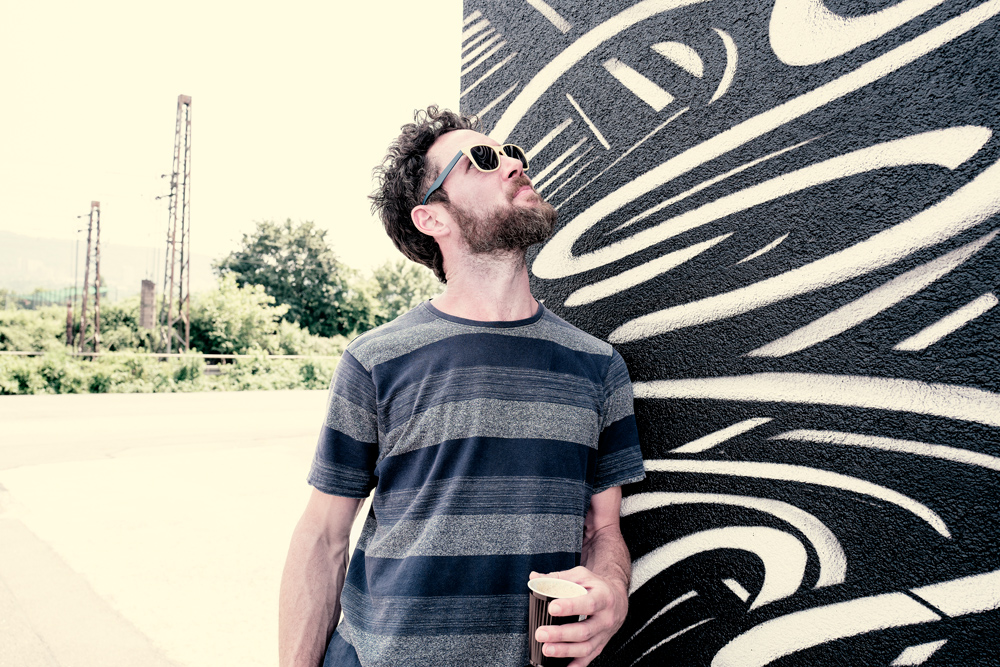 Cédric Pintarelli, known as Sweetuno in the street art scene.

The hydraulics of the red lifting platform thrums in front of a multiple-family dwelling in the Heidelberg neighbourhood Rohrbach. Pintarelli stands high up on the somewhat shaky platform and steers it with a joystick along the wall. In the other hand, he shakes a spray. A rattle sounds from the ball moving through the black can. Then, gloss paint exits the head of the can and extends over the wall as fine lines or misty spray. In this manner, a colossal mural is produced in days of work; residents and neighbours are fascinated as much as the art lovers who make pilgrimages to the total of 26 façades that have been created over the years during the past Metropolink festivals.

However, months of preparation are required before the first daub of paint appears on a building wall. The signature of the landlord is by far not enough to get started. Some projects require the permission of up to 14 authorities. The building law department, the town planning board, the forestry office—many official bodies have their sayin the matter. All the better if the undertaking is successful and the outcome pleases everybody.

In Heidelberg it is agreed that: Colourful is the future!

Sweetuno’s view of art has changed over the years, and so has the public’s perception of the entire street art scene. Landlords raised the alarm when the graffiti wave crossed the Atlantic with full force in the late 1980s. Cryptic letters and symbols spread across houses with fibre-tip and spray paint are regarded as vandalism rather than valuable artistic works. Back then Heidelberg was considered the cradle of the German rap and graffiti scene. But both this crude subculture and its protagonists have grown up. Many of the former ‘problem children’ have become successful designers, architects and artists like Cedric Pintarelli, who has chosen Heidelberg as his preferred place of residence. “It is amazing: Twenty years ago, I was afraid that I would get convicted for vandalism and today my canvases are exhibited in a Zurich gallery. We used to prowl around at night, masked, and now we design large building walls at big artistic events—legally, with the authorities’ approval and sponsored. We couldn’t have ever imagined that.” 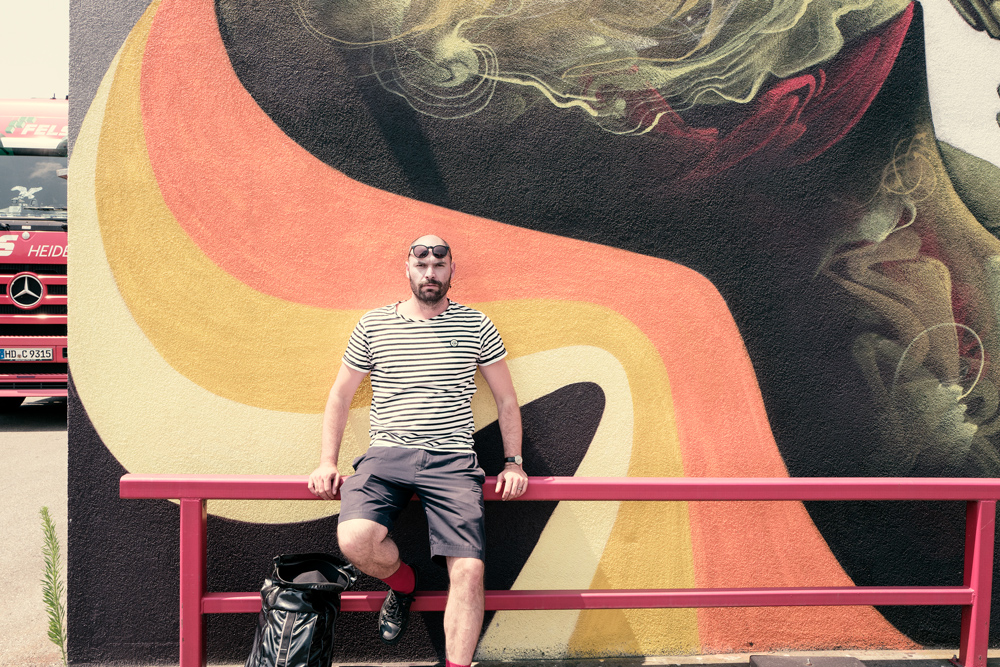 Sweetuno has come to love Heidelberg, and the Heidelberg locals have come to love the colourful mural art. At the roundabout “Römerkreis,” café-goers enjoy their coffee at the feet of a colourful figure created by Peruvian artist Danny Figueroa. Across from there, oversized hands, designed by Marcus Genesius, watch over drivers filling up their cars. Around the corner, in the road “Kaiserstraße,” passers-by are visually drawn into a spiral, three-dimensional stairwell that Polish artist Robert Proch painted across the wall. Murals all over the town and its various parts. They stand out—and fit in with the overall picture at the same time. 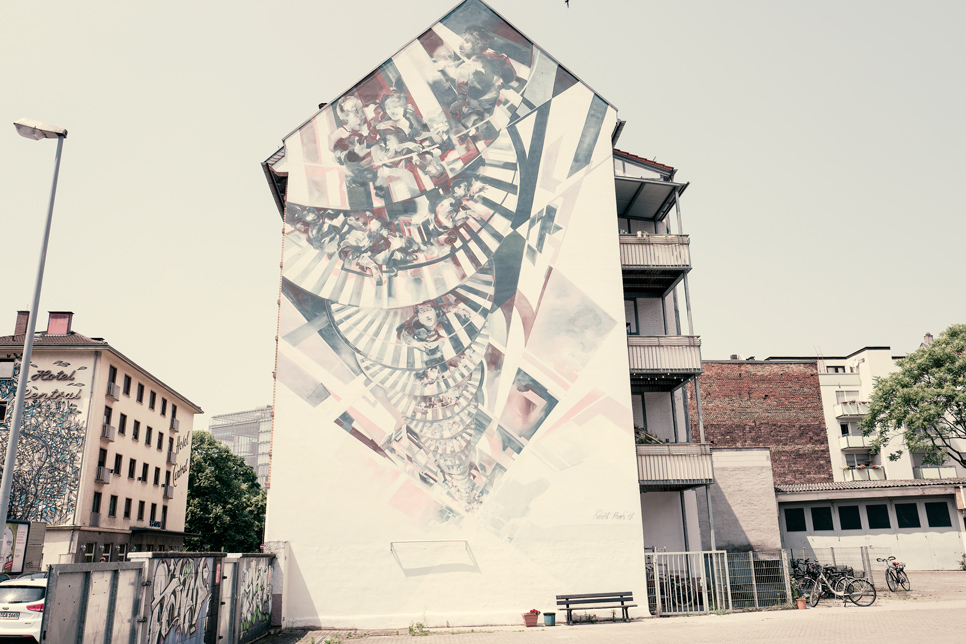 The Metropolink initiators have keen plans for the future. “How do we want to live in the future?” is the motto of the project that will turn part of the former “Patrick-Henry-Village” barracks into an artists’ commune. For ten days there will be ateliers, workshops and studios on San-Jacinto-Driveand visitors can immerse themselves into the creative potential of the city. It goes without saying that numerous façades will be much more colourful after the festival again. In Heidelberg it is agreed that: Colourful is the future!

The memory of the Palatinate

A journey into a different world