Travelling by train, and without delay for a change, all the way through Germany to Switzerland—or even to America? It’s only in the Odenwald—in southern Germany’s biggest HO scale model railway layout with over 11,500 metres of tracks and more than 400 trains. Collector Michael Schuhmacher has created a fascinating world in miniature—where he sets great things in train.

The small historical train station of Fürth in the Odenwald is a listed building and since 1895, it has been the end of the line—but only for a ride with the “Weschnitztalbahn.” This train connects the Hessian part of the Odenwald with Weinheim, 16 kilometres down the track, having more and more passengers on board with one much longed-for travel destination: the “Modellbahnwelt Odenwald,” the world of railway modelling in the heart of the Odenwald.

Not far away from the tranquil train station in Fürth on the site of a former tennis court, the railway tracks are bustling. On an area of more than 900 square metres, steam engines rattle across bridges and through valleys, electric locomotives whiz into tunnels and through mountain ranges. Fast as an arrow, an ICE speeds along the Rhine valley—transforms the 1,000 kilometre trek from the North Sea and the Swiss Alps into a quick trip. Smokestacks fume in the smelters of Oberhausen; a few centimetres away, tourists sunbathe at a camp side; a modern Austrian Railjet arrives at Dürnstein train station; in Switzerland, the Glacier Express begins its adventurous trip to Zermatt, passing by weekly markets and alpine pastures from where cattle is driven home.

Everywhere you look, you see fathers and sons, pressed up closely to the model miniatures —eyes shining. One thing is quite obvious, railway modelling is not a pastime, it is a passion. The modelling gene is passed on from one generation to the next. Even in digital times of smart phones and gaming consoles, a model railway has lost none of its fascination—on the contrary: in garages, in attics, in developed basements and, above all, in the Odenwald, the cult hobby is expanding.

“It has never lost its attraction to me since my childhood, …” the man from Fürth says, while standing once again at the control station together with his head technician Michael Flössel, watching his wonderful 1:87 scale world like a hawk. He suddenly disappears under a low mountain range made of plastic, just to pop up again some seconds later above deceptively realistic treetop models, adding: “…but without my work it would never have gained these dimensions.” 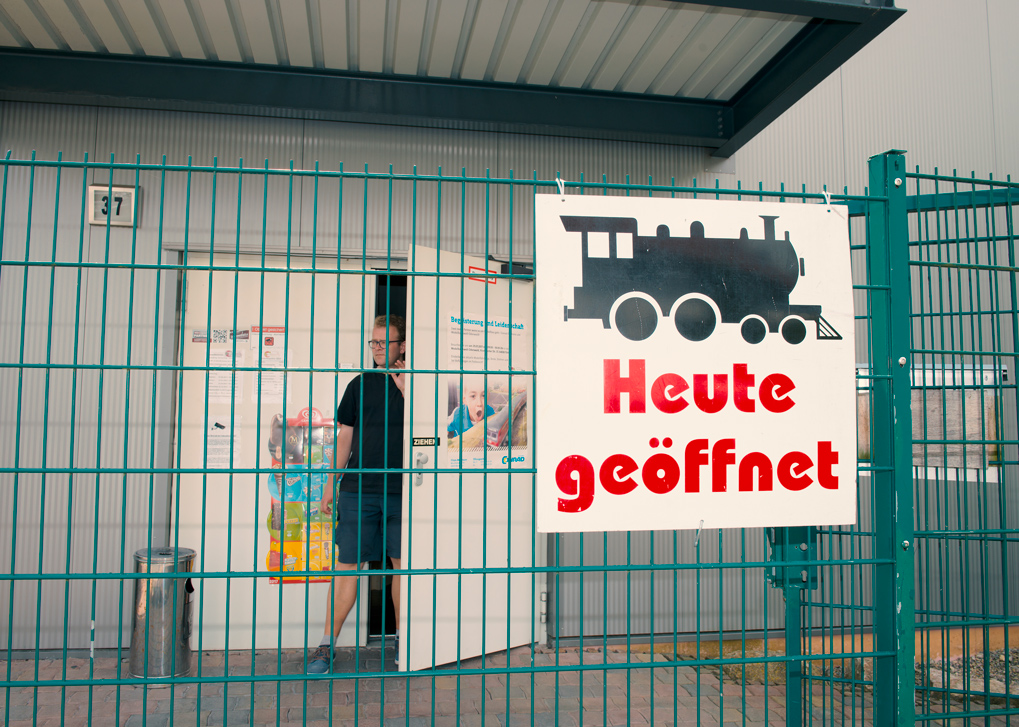 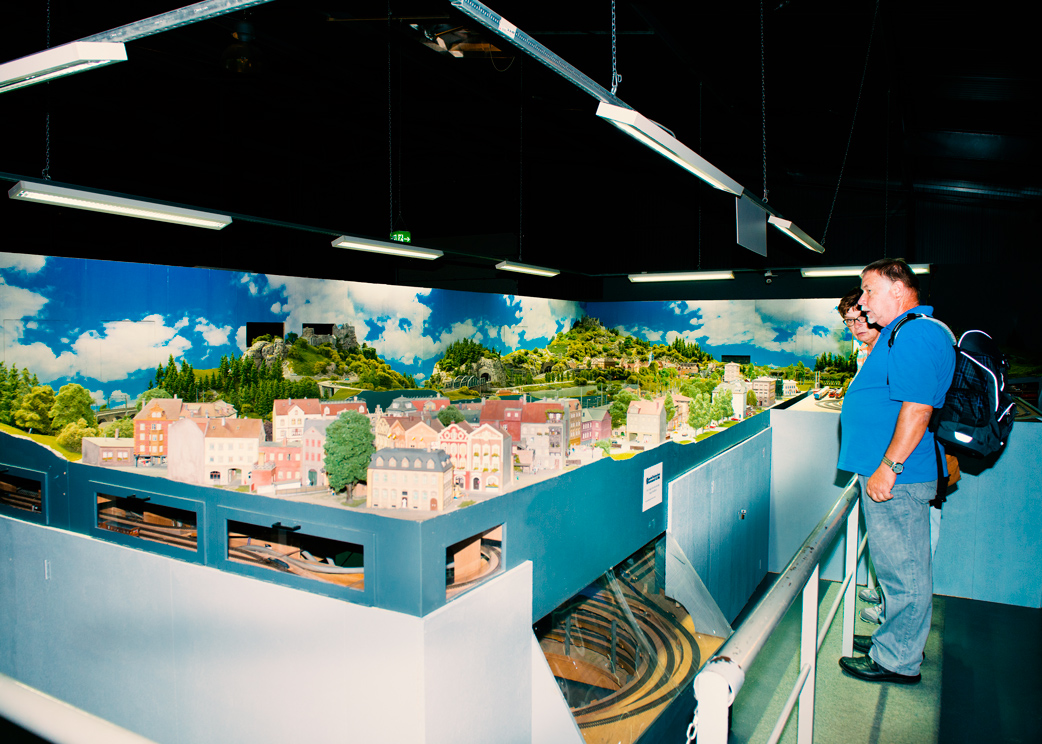 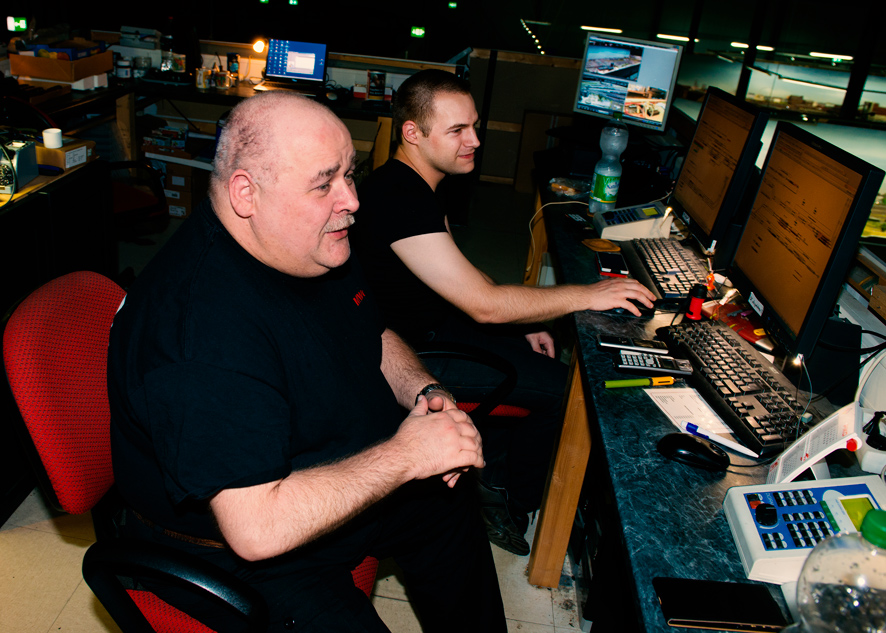 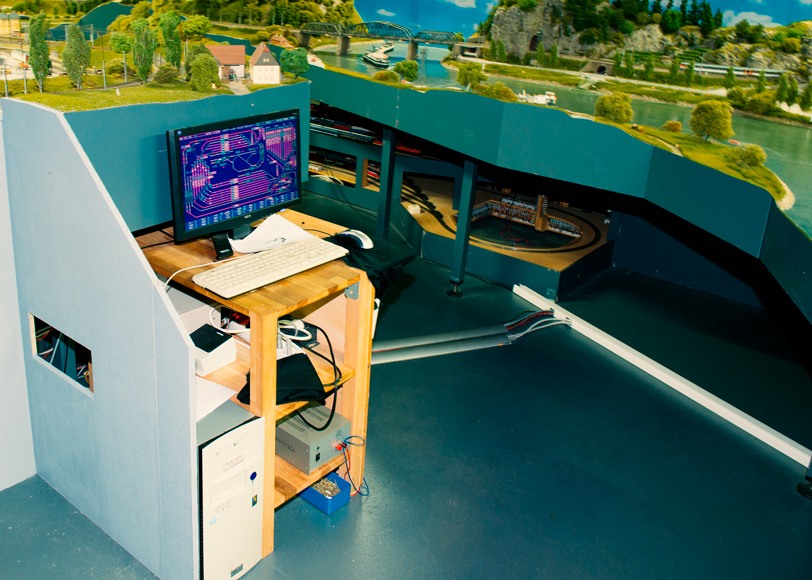 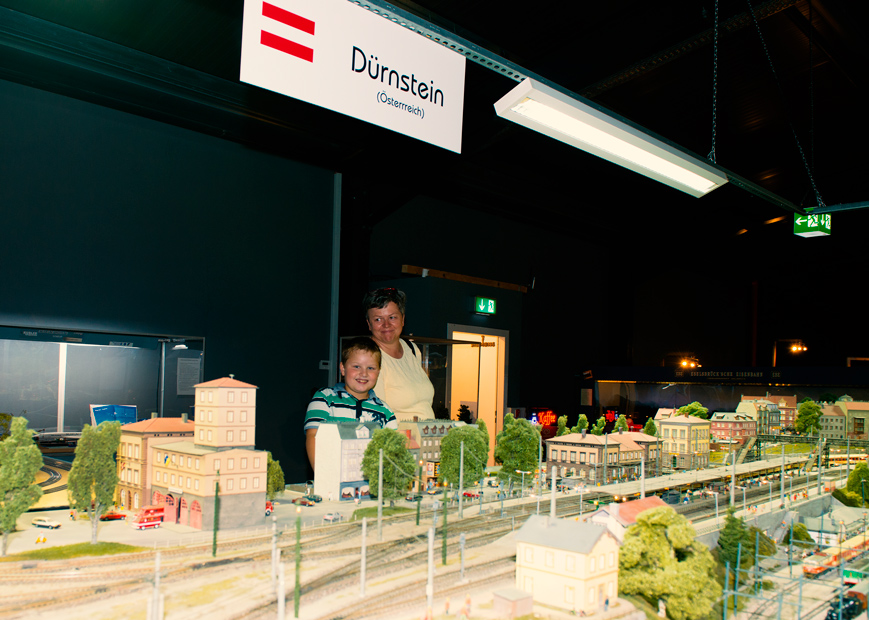 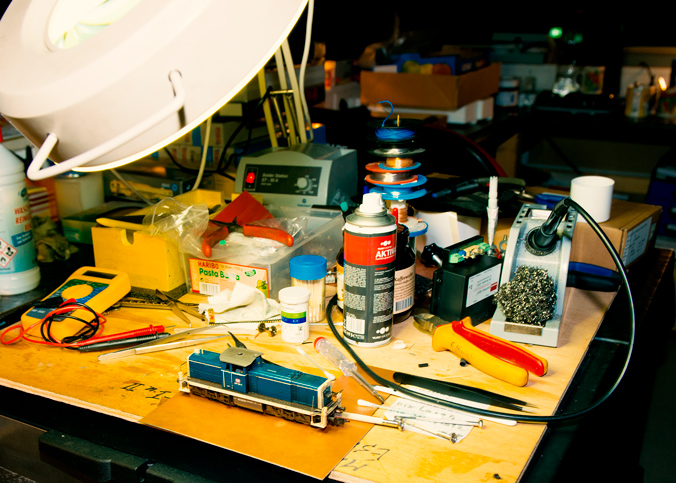 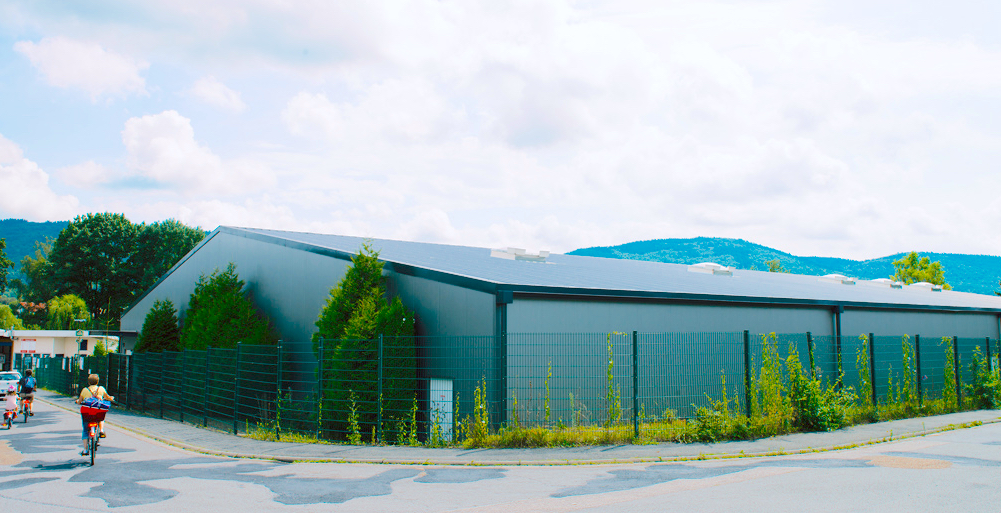 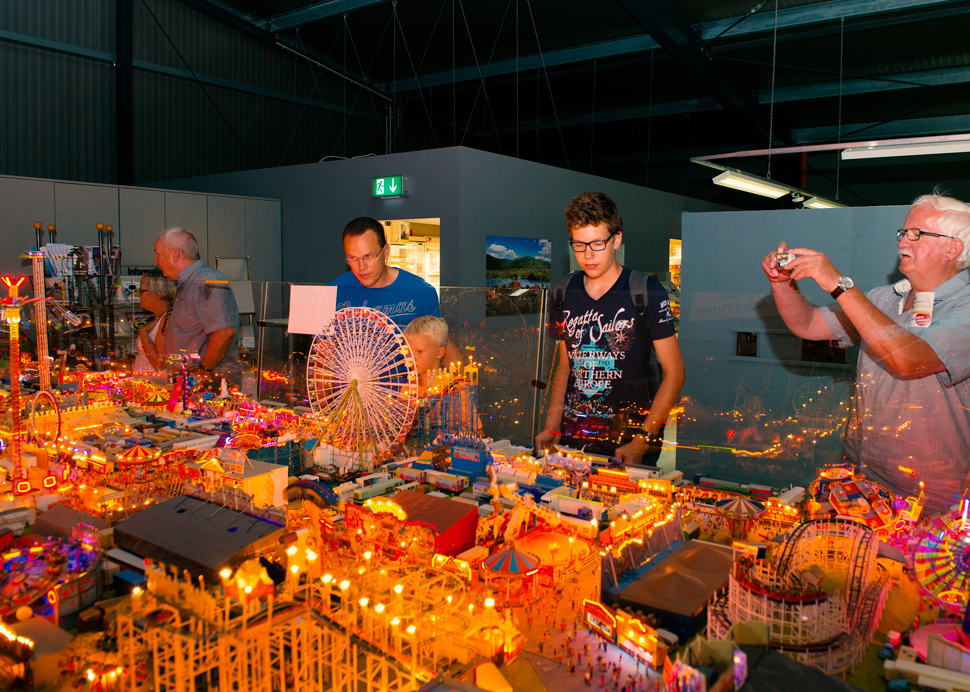 It was indeed a turning point in his life, when more than 10 years ago a business partner told him about plans to sell the model railway layout “From the coast to the Alps.” This was not an ordinary offer, for the railway layout was from the workshop of Gerhard Dauscher, who—in the railway modelling community—is known as the “Michelangelo of model railway layouts” and who had once built it for the “Harzer Modellbahnzentrum,” a model railway centre in the Harz region. Michael Schuhmacher did not hesitate, he seized the opportunity and bought it. “This news spread amongst the model railway enthusiasts, and all of a sudden, I was offered more and more historical layouts.” This process got on track and gained momentum so that Michael Schuhmacher purchased the second layout by Josef Brandl called “Dürnstein” one year later. In 2010, the Sherman Hill Line followed; since that time “Big Boy,” the biggest steam engine in railway history, has steamed through the prairies of Wyoming in the middle of the Odenwald. “At that time, I also got hold of several dioramas. These are display cases showing real scenes replicated in great detail, like for instance fire-fighting operations.”

“The layout was so large that we needed 18 semitrailers to carry it here.”

At least since the arrival of the “Zermatt-Bahn” in 2011, one thing has become clear to Michael Schuhmacher: He needs space, much more space! “I asked the mayor of Fürth if the old tennis court next to the public open-air swimming pool was available. I thought it was very straight forward: gut the building and get going.” But as it turned out, it wasn’t that easy. The statics of the old racket centre were not compatible with the rush of visitors expected. But whoever knows Michael Schuhmacher knows that this is nothing that can stop this man. Instead, a new hall had to be built. In May 2012, the demolition works began—and in 2013 the “Modelbahnwelt” was opened.

“Even before we got started with the construction work, I purchased the until today biggest layout called ‘Oberhausen,’ which is our highlight. A model of the Ruhr area in the 1960s and 70s. It shows the entire steel production process. As a child I was able to see that in real life. This made a huge impression on me. Railway as a means of transportation for the industry, everything steaming and smoking. The layout was so large that we needed 18 semitrailers to carry it here.”

Michael Schuhmacher’s eyes are shining, as he takes his visitors on a journey through time into his own childhood. The lights dimmed, thousands of tiny LEDs illuminate the railway platforms, he becomes the little boy again who presses his nose against the showcases. Then all the effort it takes some days to run the model railway world is immediately forgotten. And also, what it means to be responsible for an entire team of technicians and carry out the bureaucratic tasks of day-to-day business.

“During summer holidays, we are open six weeks in a row, which means there is hardly a week without a transformer failing. That is incredibly stressful. Each quarter at least four to five ring binders full of folders are accumulated in our office.” However, the big and the small visitors to the “Modellbahnwelt Odenwald” are reward enough for Michael Schuhmacher and his troubles:
More and more visitors come to Fürth to pilgrimage to the largest model railway layout of southern Germany which continuously expands, as Michael Schuhmacher cannot help but continue: In the summer of 2017, he acquired a large portion of the Berlin model railway layout called “Loxx am Alex.” Since then, eight lorries full of the precious cargo arrived in Fürth and were installed successfully. Fürth is now on track to become the capital—of railway modelling in Germany. 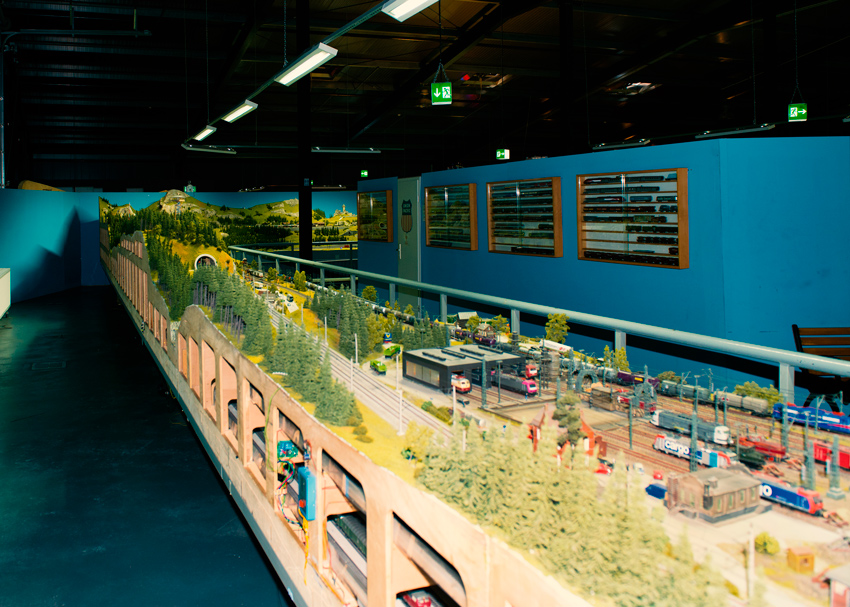 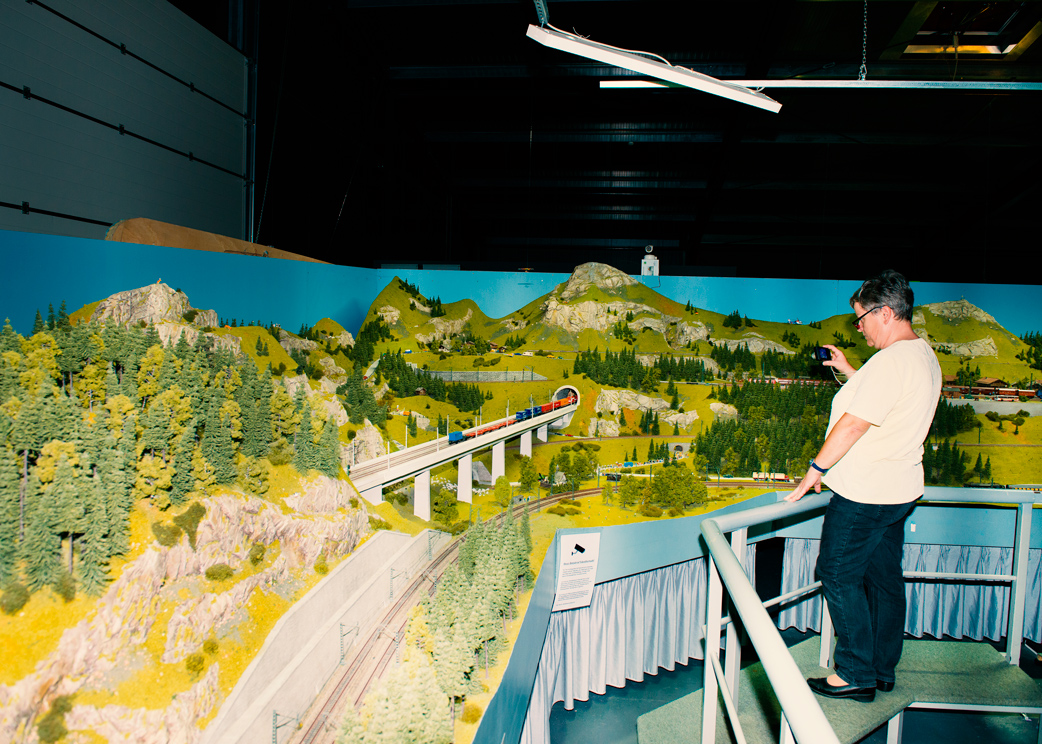 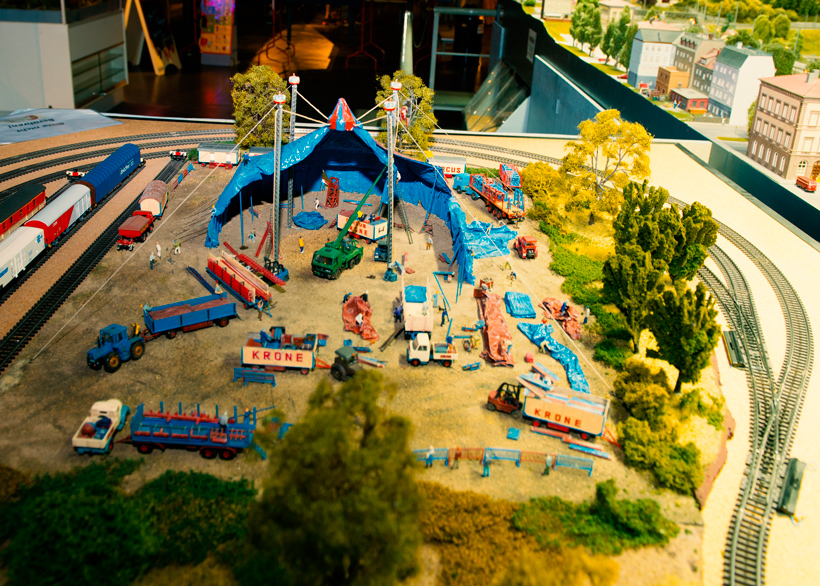 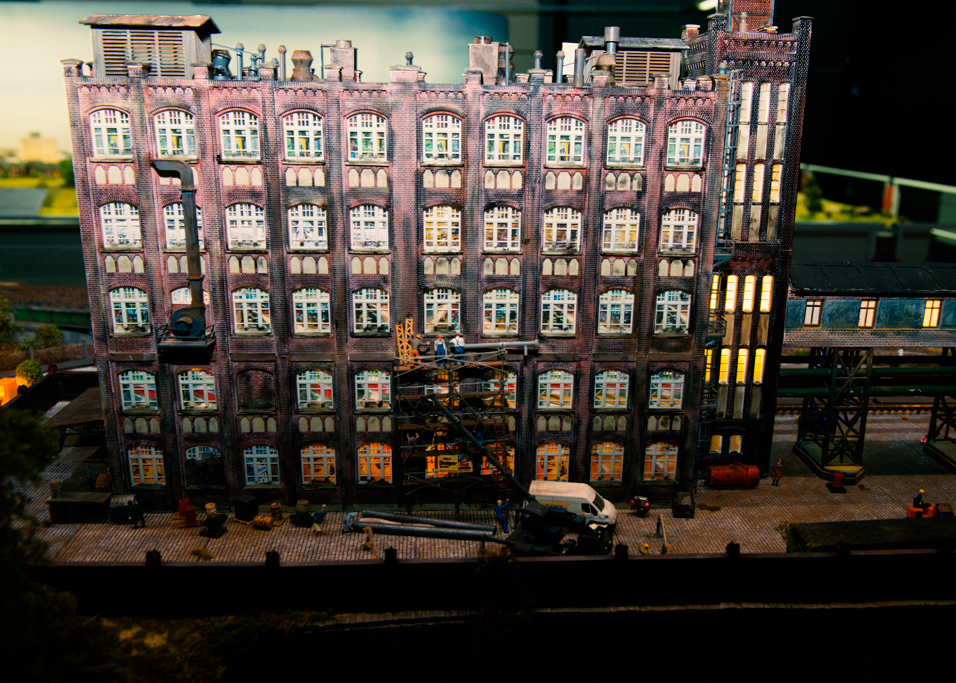 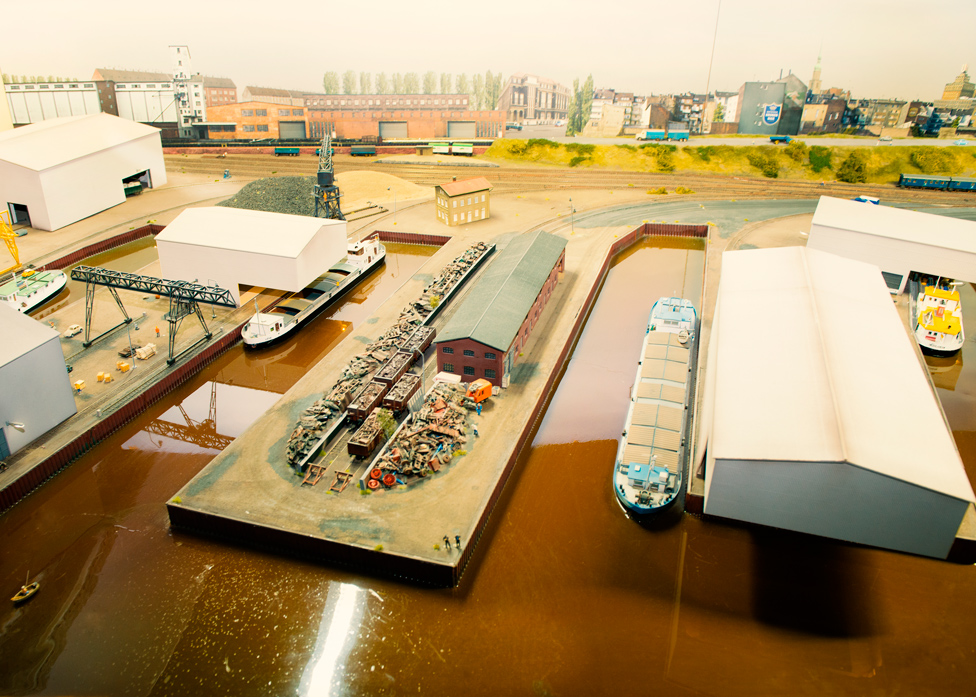 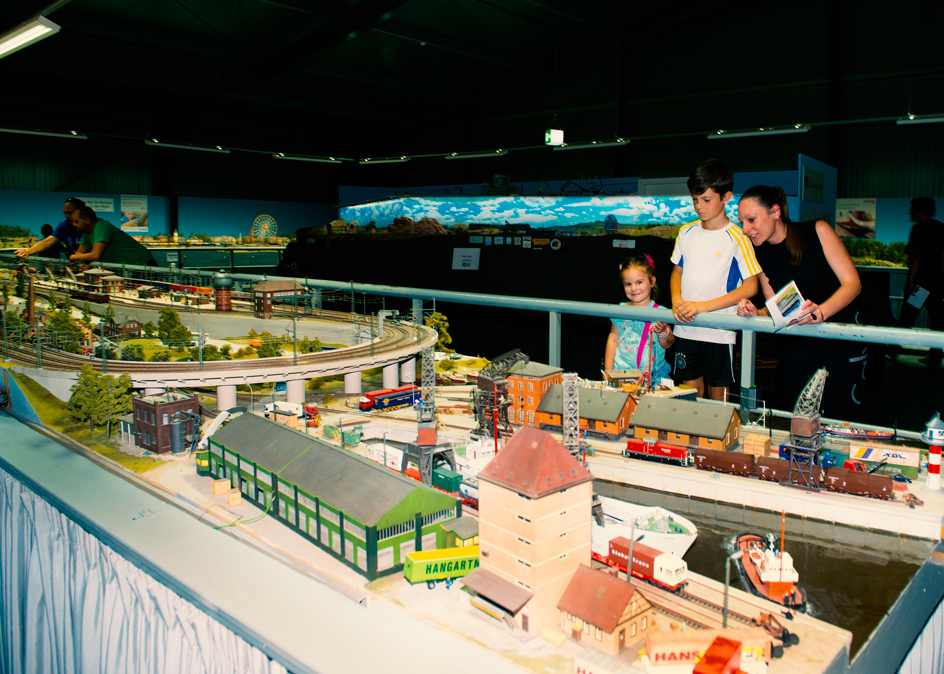 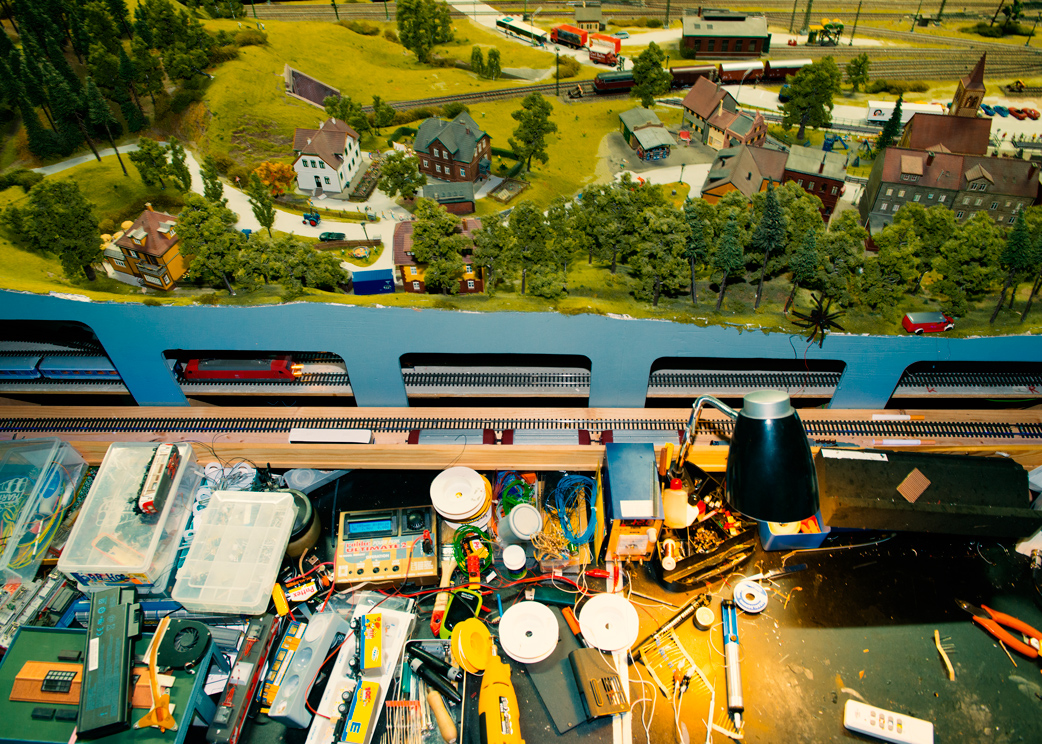