Over a century ago Pétanque, a highbrow version of boules, became popular in France. In the south Palatinate town of Landau, the first Pétanque clubs emerged about 30 years ago and today people all over the Palatinate play the game: in Worms, Grünstadt and Ludwigshafen, where artist Jürgen Hatzenbühler from Limburgerhof gets the ball rolling in his position as sports director of the German Pétanque organisation.

It is no coincidence that Pétanque spreads somewhat virally across the Palatinate. The first clubs were already founded in the early 1990s in the former garrison town of Landau. The French target-ball game then blazed its way to the Palatinate through French-German associations and the French soldiers stationed there, before it spread across the entire country. The number of club membersincreases every year, which is only the case in very few sports disciplines in Germany. Today, people throughout the Palatinate, from the Eastern Palatinate to the French border, play the game passionately—in about 30 clubs.

There are various reasons for the rising popularity of Pétanque. The game symbolizes “joie de vivre” and, like in France, there are more and more sites, because the gravel grounds are cheap and low in maintenance. The construction of such sites is funded for cultural exchange by the EU: Pétanque isa discipline for everybody and promotes an intergenerational sense of community. It is said that the boules were originally thrown on the move. Elderly and impaired participants could not practise it this way, hence, the rules were adapted. From then on, the boules were thrown from a standing position. This seems plausible, because in Provençal, a variety of the Occitan language, “Pétanque“ means “with the feet together.”

Today, the game is very popular among people, who do not exactly belong to the category of top athletes, but who do want to exercise some outdoors. “Here in Oppau, it was the elderly handball players, who founded the division. Their discipline had become increasingly strenuous for them, but they were a great team and wanted to remain such—so they changed over to Pétanque,” Jürgen Hatzenbühler explains.

The building of the “Verein für Sport und Körperpflege (VFSK) 1900 Oppau” (1900 sports and body care club in Oppau) in Ludwigshafen charmingly reminds you of the scene of a crime from the German classic TV programme “Tatort.” It wouldn’t be much of a surprise to run into inspector Lena Odenthal and inspector Mario Kopper training here. However, the VFSK is not only about gymnastics. It is also about Pétanque. 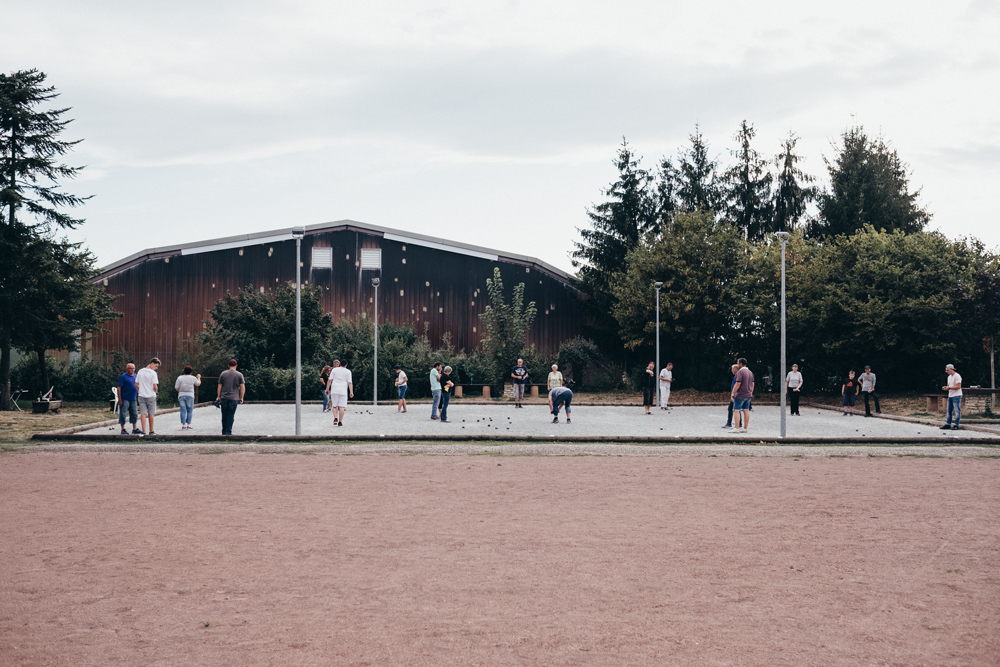 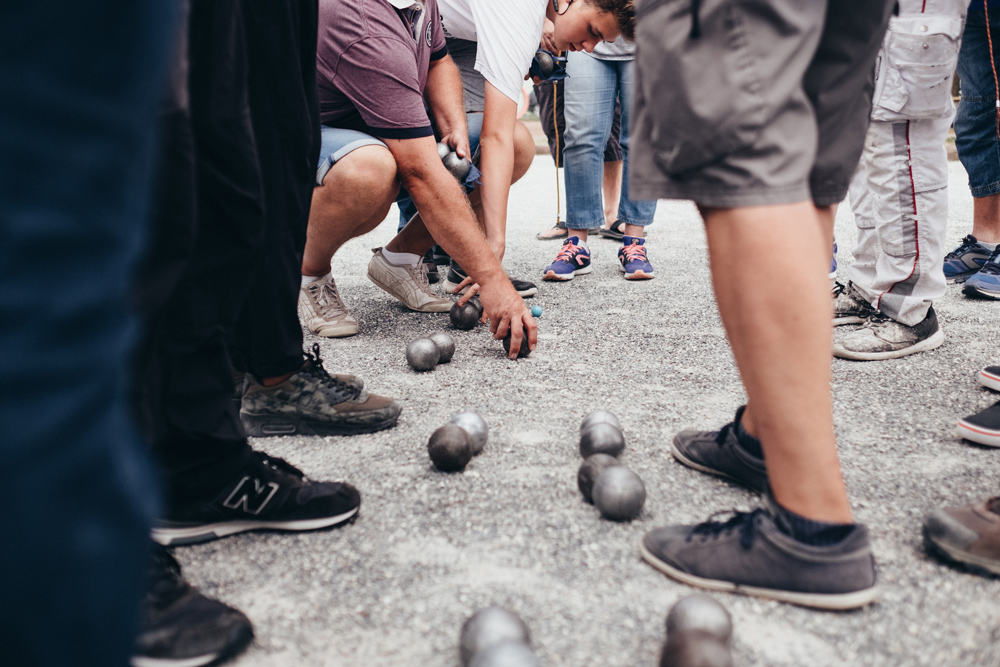 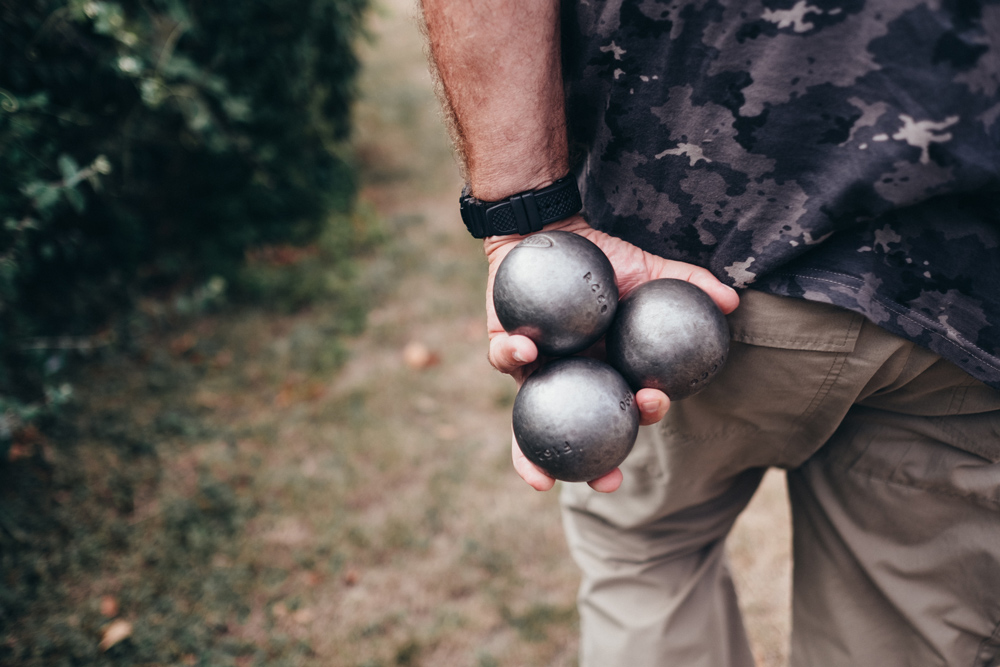 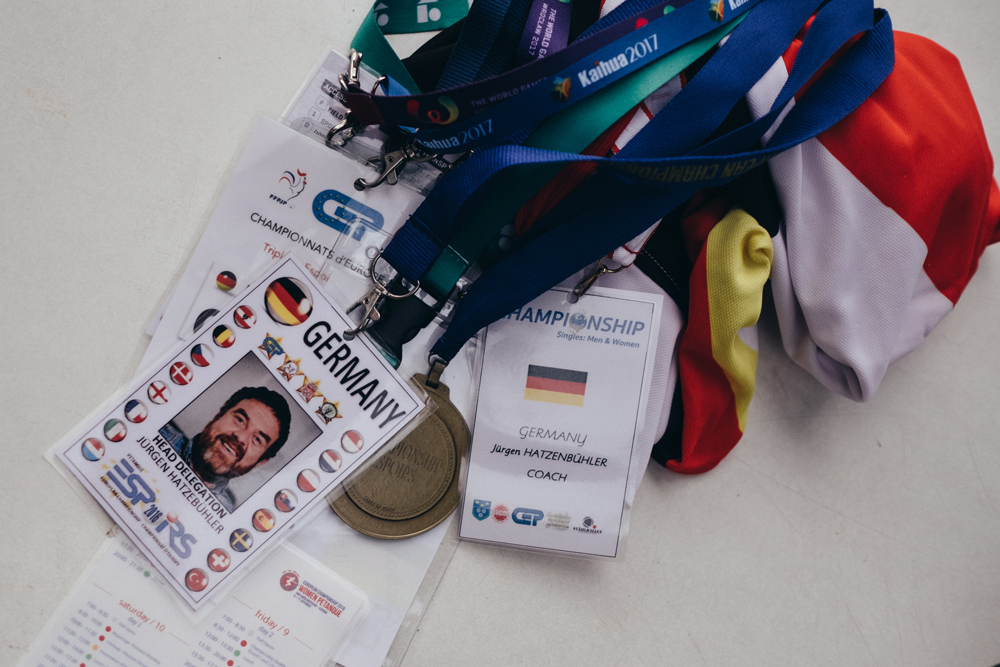 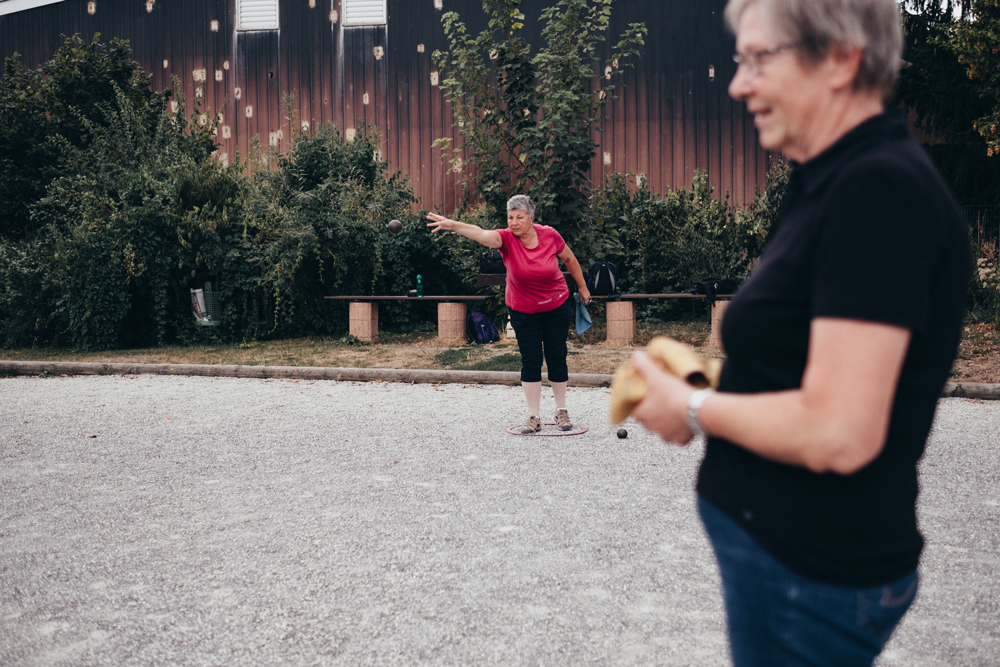 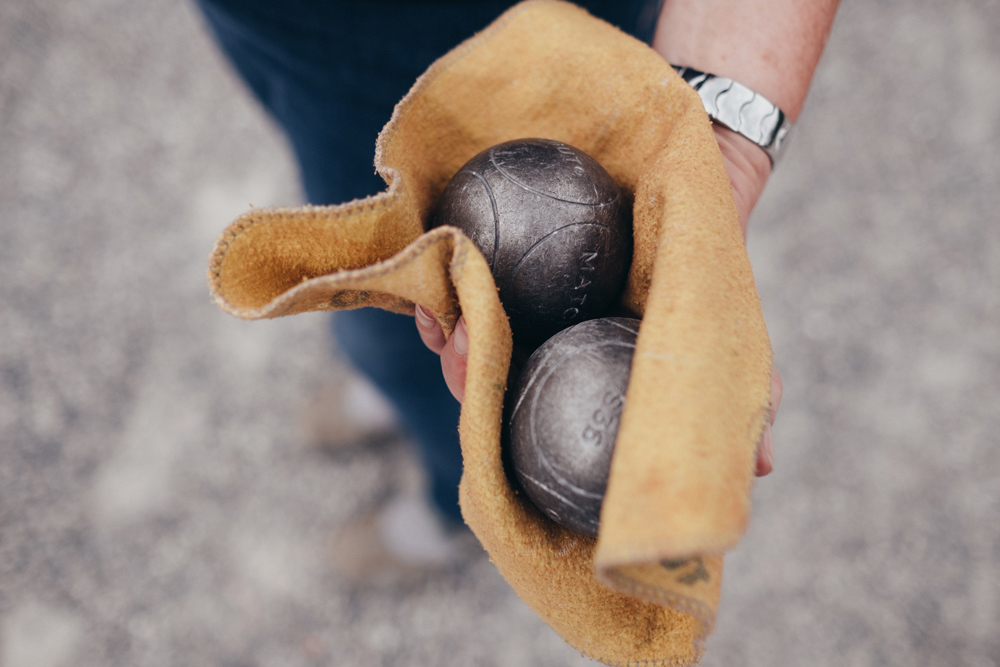 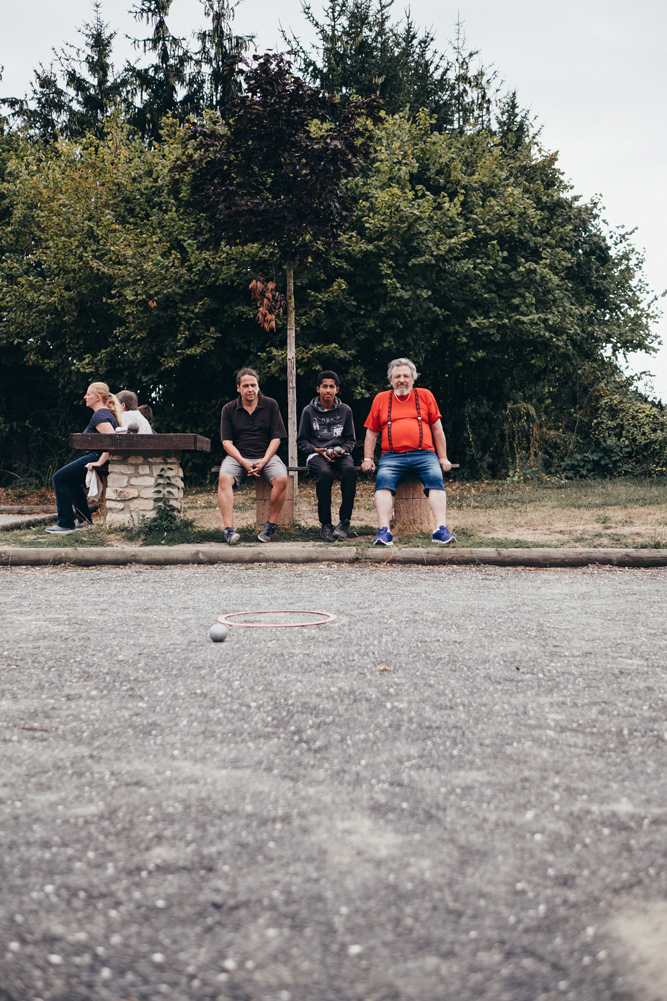 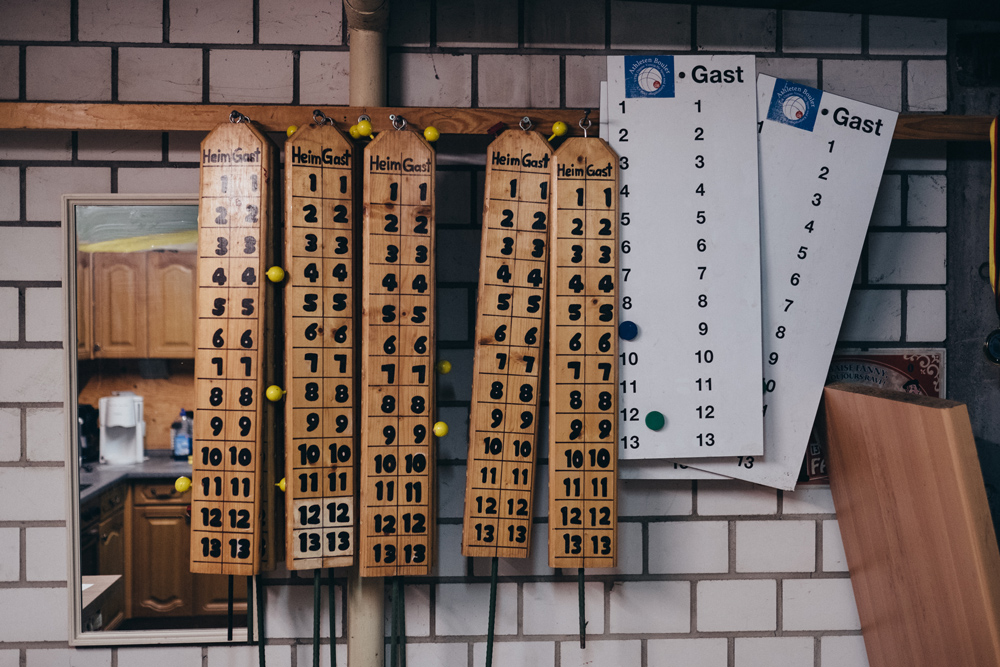 A mélange of sounds comes from behind the club building: muffled bangs and a metallic jangling, mixed with a boisterous babble of voices. Here, hardly visible from the road, is the local Pétanque scene’s holy gravel ground in Oppau. “About forty enthusiasts come here on Wednesdays and Fridays for practice,” Jürgen says.

“Everybody is welcome here—women, men, pupils, pensioners, white and blue collar types. We all share the same passion.”

The head of the group smiles happily when he talks about the obvious team spirit among his fellow club members. Indeed, the group gathered here is a motley bunch in a cheerful mood. Age differences don’t matter. They live and love the Pétanque discipline—together.

“Boules compared to Pétanque is like battledore and shuttlecock compared to badminton,” Jürgen reveals. “It is somehow the same discipline, but there’s a difference there. Boules is something you play casually, whereas Pétanque is a passion and precision sports with straight rules and scores.” The basic rules are simple: The “cochonnet”, the jack, a small wooden target ball, is thrown. Then, two teams try to place their shiny metal balls as close as possible to the jack. The balls have to be thrown from a standing position and the player that scores 13 first wins the game. Only the winner balls that land closest to the jack count. In extreme instances, a single game can last two or three hours. “Nothing wrong with that. We have enough time and plenty of floodlights to play until late into the night,” says Jürgen.

The art photographer lives and works south of Ludwigshafen in the Eastern Palatinate. He runs a studio in Limburgerhof and commits himself to children and adult education together with his wife Sabine Amelung on a full-time basis. “Never had I come to Pétanque without art. It was Mannheim artist Rainer Negrelli who introduced me to the world of tête-à-tête, doublette and triplette during my study course at the academy of arts. I owe him a lot in terms of art, and all in terms of sports.”

Nowadays, Jürgen sets the ball rolling not only in the Palatinate but across the country. As a side job, he is the sports director of the German Pétanque organisation DPV. The year 2024 marks a turning point for him and for the organisation: The Pétanque community feverishly looks forward to the Olympic Games hosted by Paris, the capital of Pétanque’s cradle. If the various efforts bear fruit, the game will become an Olympic discipline.

German teams have a good chance to qualify for Paris. Although the German organisation has only 20,000 active players, these are well able to compete on an international level, Jürgen is convinced. “France is, of course, still the undisputed number one, having over 300,000 active players. The discipline in its current form was invented there, of course.”

No matter if you are an ambitious club player in the VFSK Oppau or a casual boules player in the Ebertpark in Ludwigshafen: The warm spirit of welcome connects Pétanque players everywhere. If you stand at the side of the ground and follow the game with interest, you are handed three balls promptly and get invited to be one of the team. As a newcomer, moderate fees, low acquisition cost for equipment and a great team spirit make it easy to join the club. If you start to hit the ball today, you can still become a real Olympic athlete. Another six years to go till Paris! 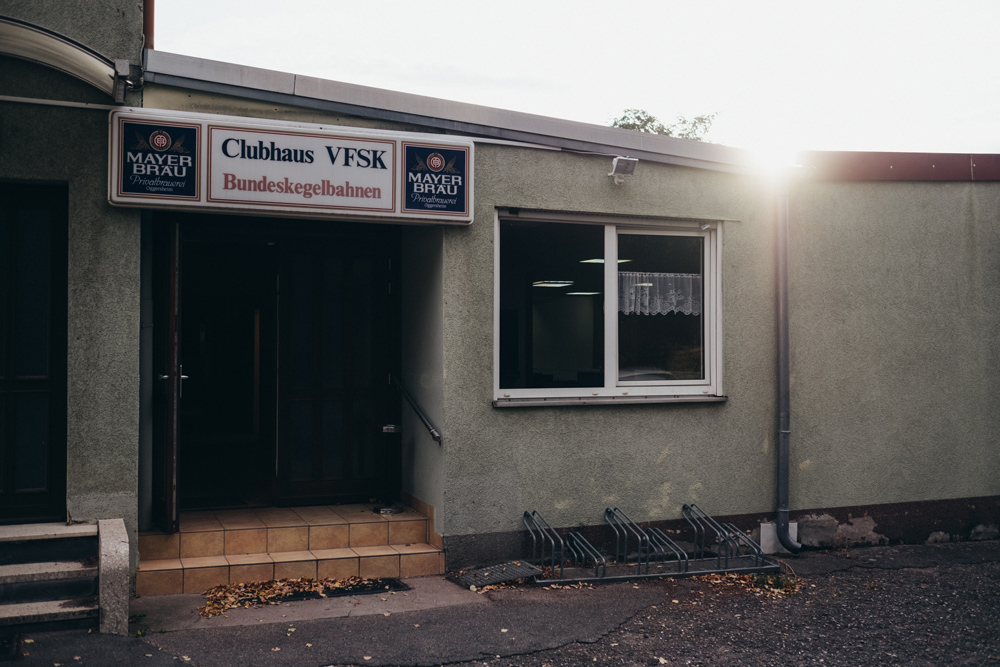 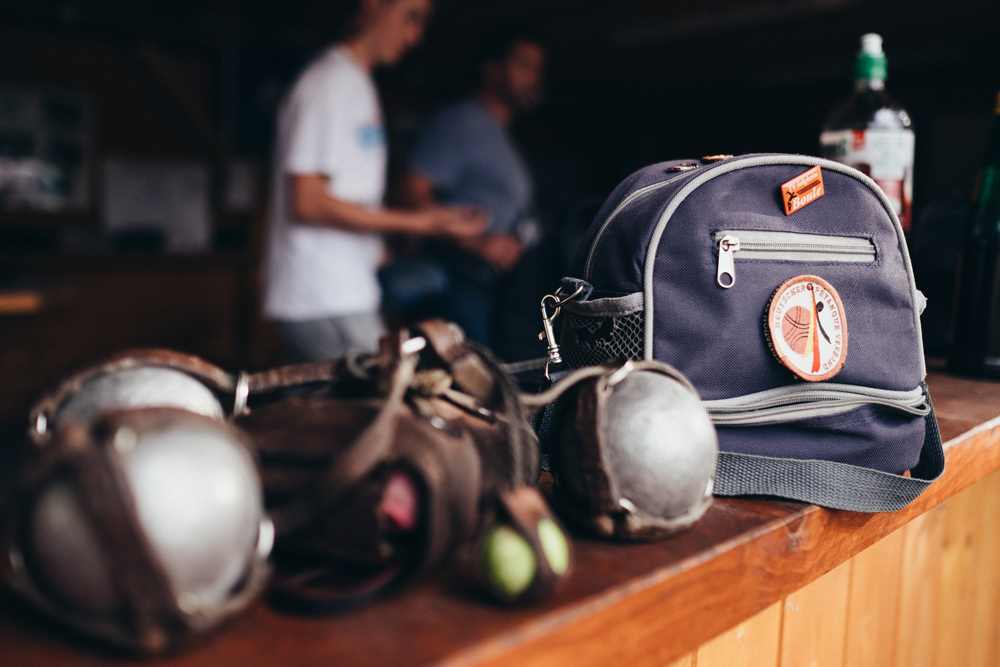 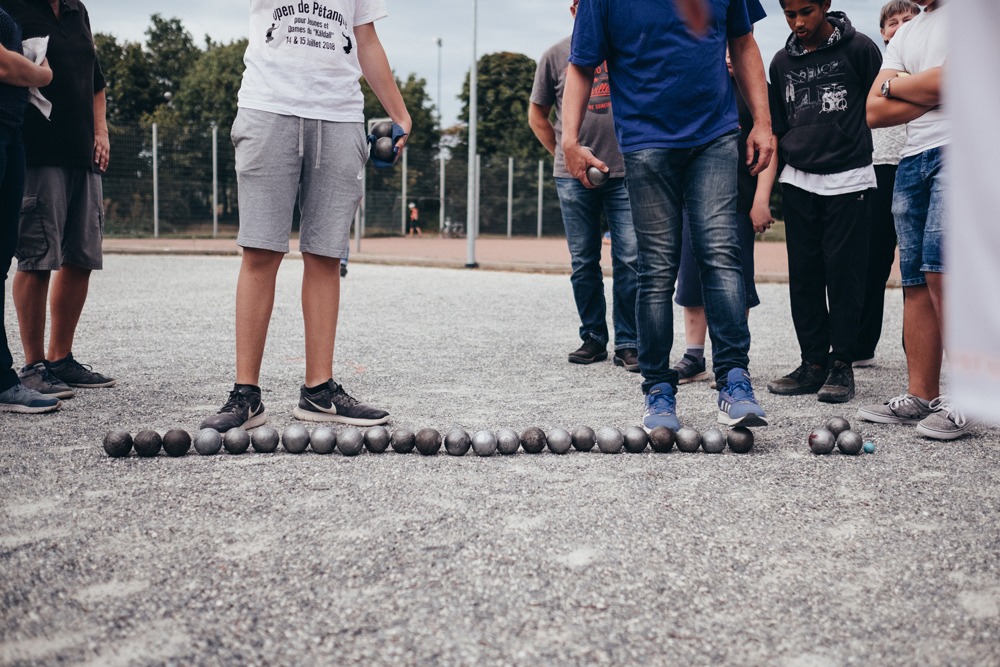 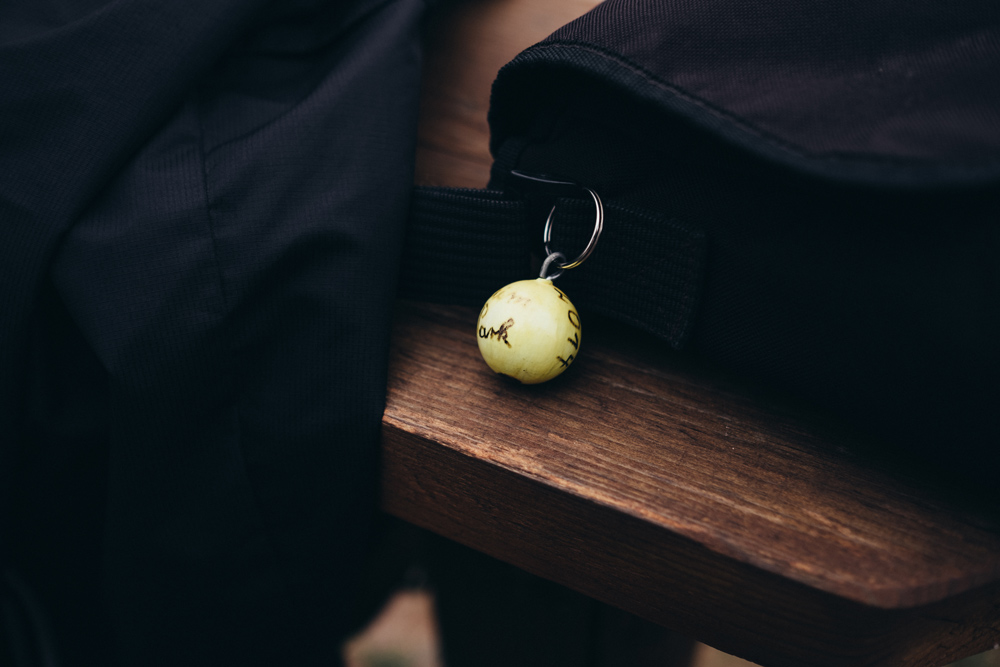 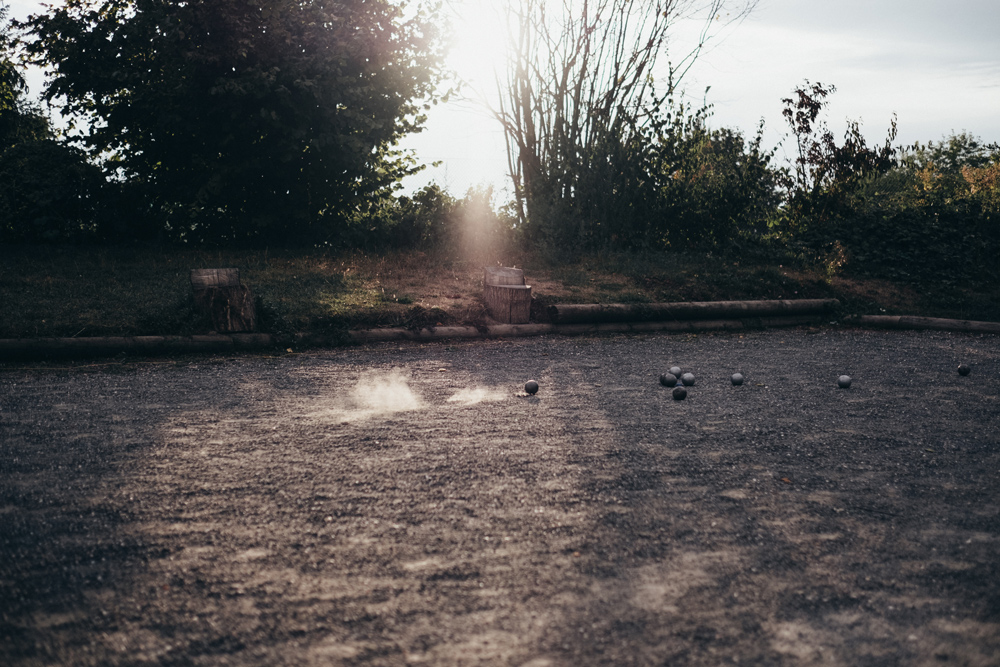 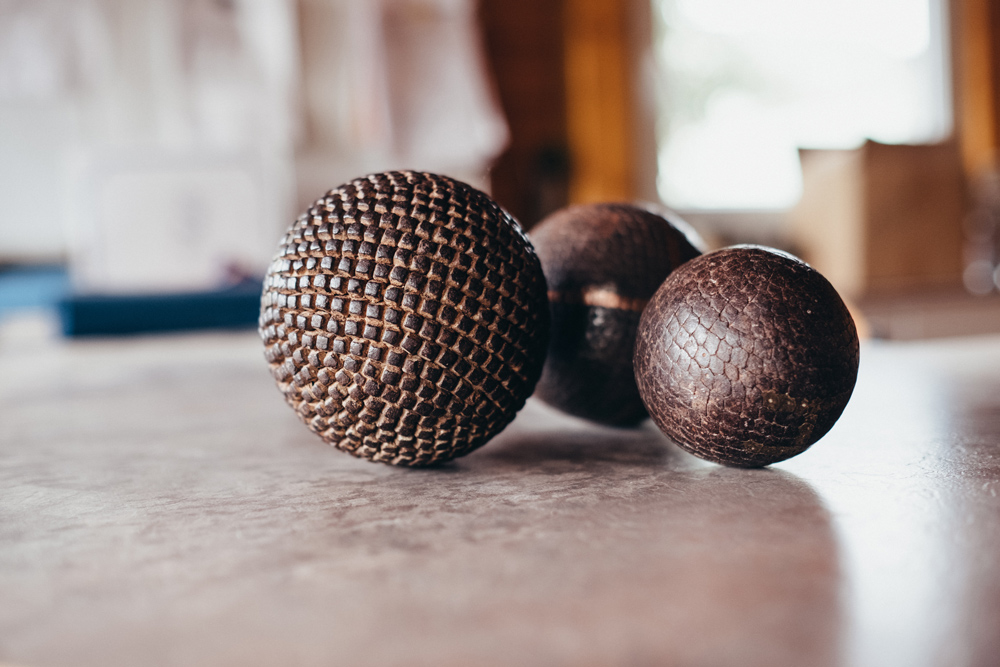 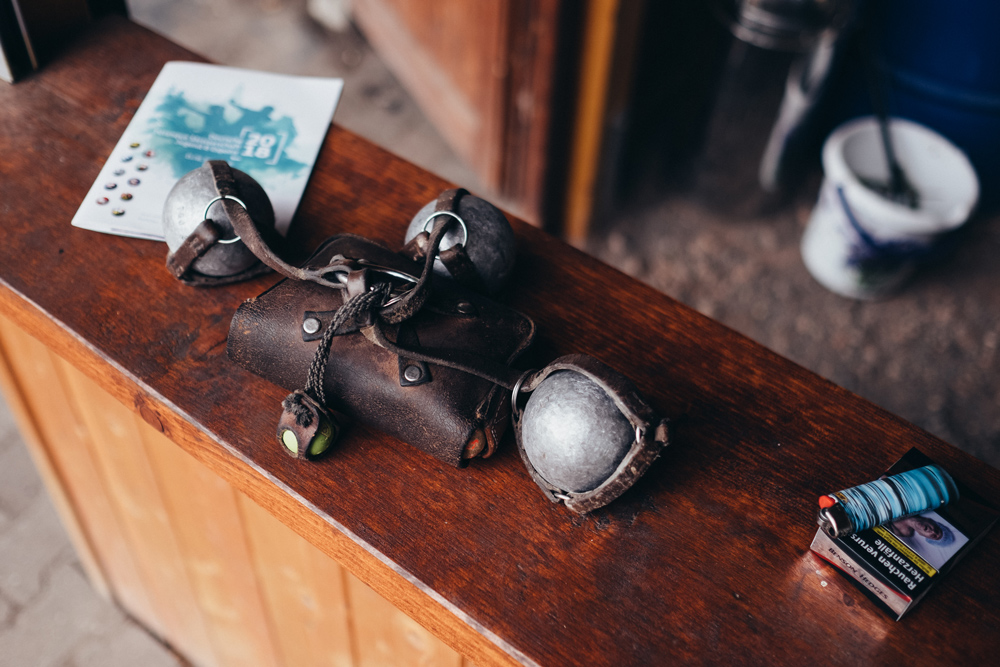 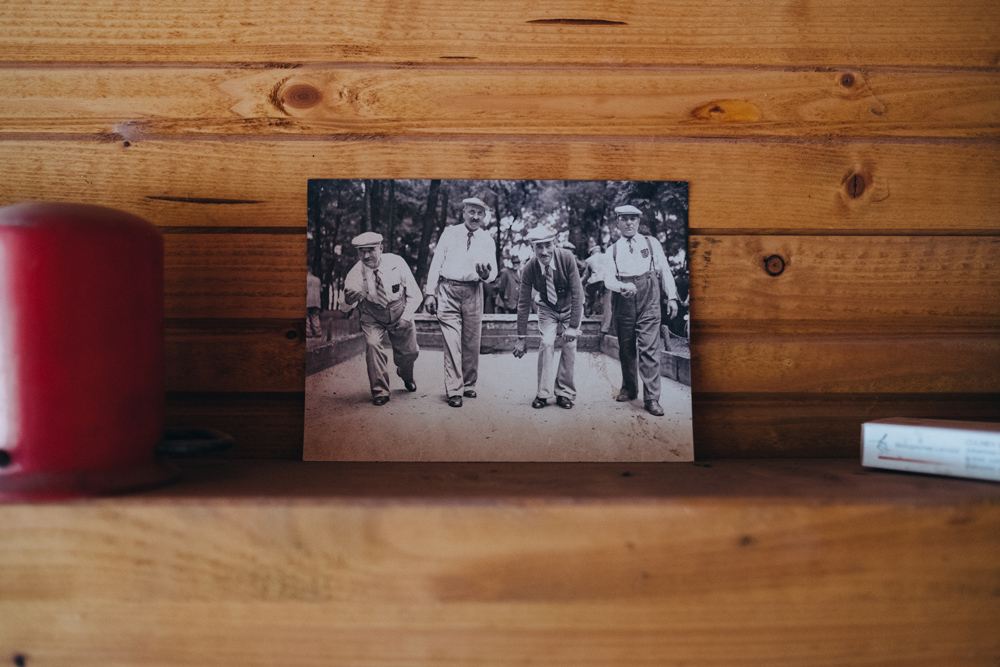