A chess game with perennials

The Ebertpark in the city of Ludwigshafen is not your typical town park. Applying unusual ideas and methods, the organizers play chess with nature. Both landscape gardeners and park lovers come from all over the country to explore this ‘park in flux’.

This is what a perennial ‘revolutionist’ looks like: short-haired, with an earring, a chequered shirt and lots of energy. Harald Sauer has been the Ebertpark’s landscaping director for pretty much 25 years now—and as such, he has shaped the “Park im Aufbruch” (“park in flux”) phenomenon together with his team to a great extent.

It is already an impressive experience to enter this park in the Friesenheim part of town. ‘Flowing’ through the picturesque pavilions at the entrance you reach a great vantage point: fountains in star-shaped ponds, embraced by green spaces, herbaceous borders and white gravelled walks. Right in your line of sight stands the Turmrestaurant, the “tower restaurant,” with its round central part and the two wings. The scene appears to have been constructed on the drawing board, strictly symmetrical. This part of the park seems French.

Monotonous fields of begonias, pansies and other floral long runners expand over large surfaces in usual parks, whereas the Ebertpark promotes diversity: a sea of striking flowers next to lush grasses and between waist-high perennial plants.

“You won’t find any plants here that you normally see in a summer season bed,” says Harald with a smile. “We constantly think up unusual planting. We intend to create a counterpoint for the park’s strict symmetry using naturalistic, casual plant assortments.” It becomes evident that the chief gardener is no work-to-rule park manager. He really puts his heart into gardening and he is an idealist. 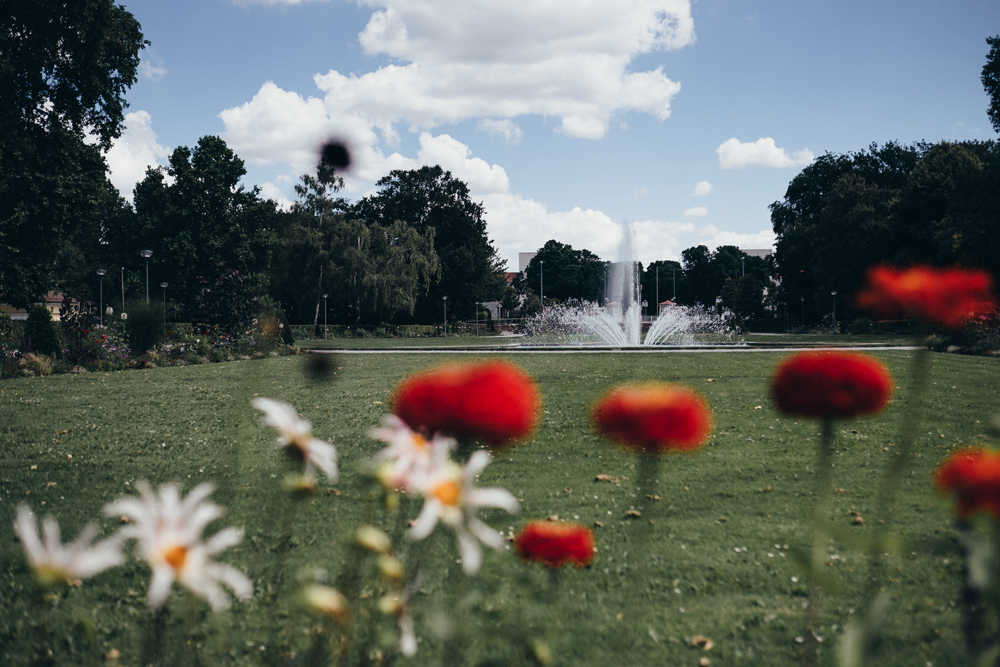 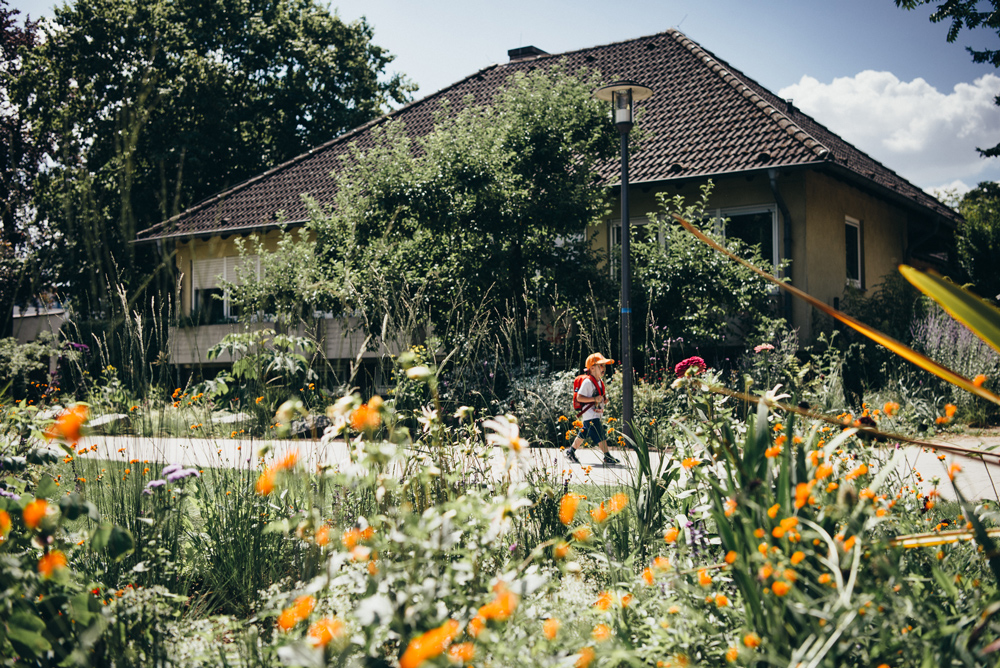 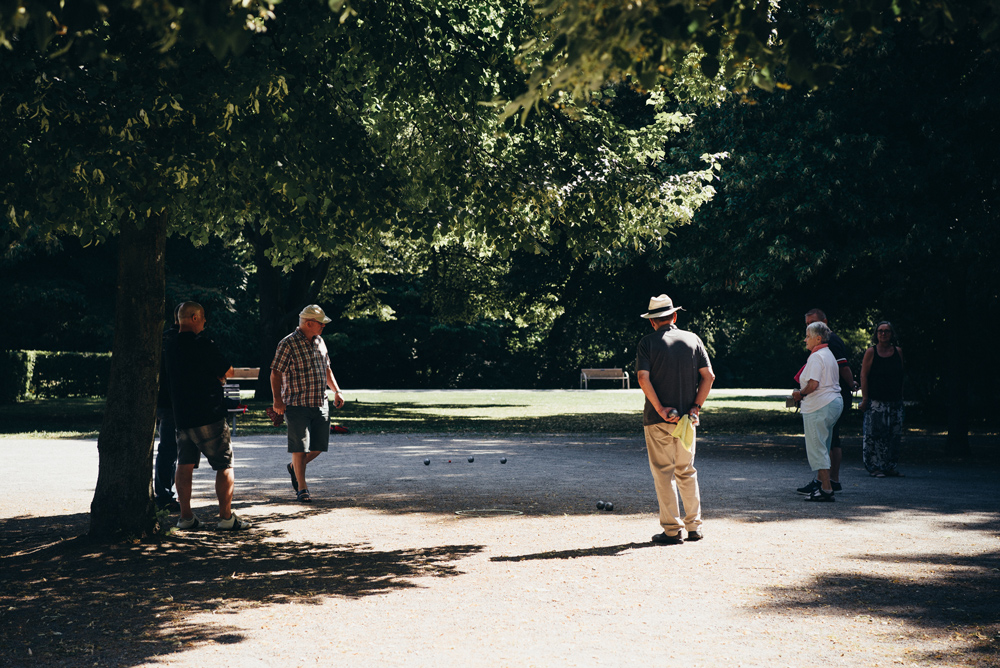 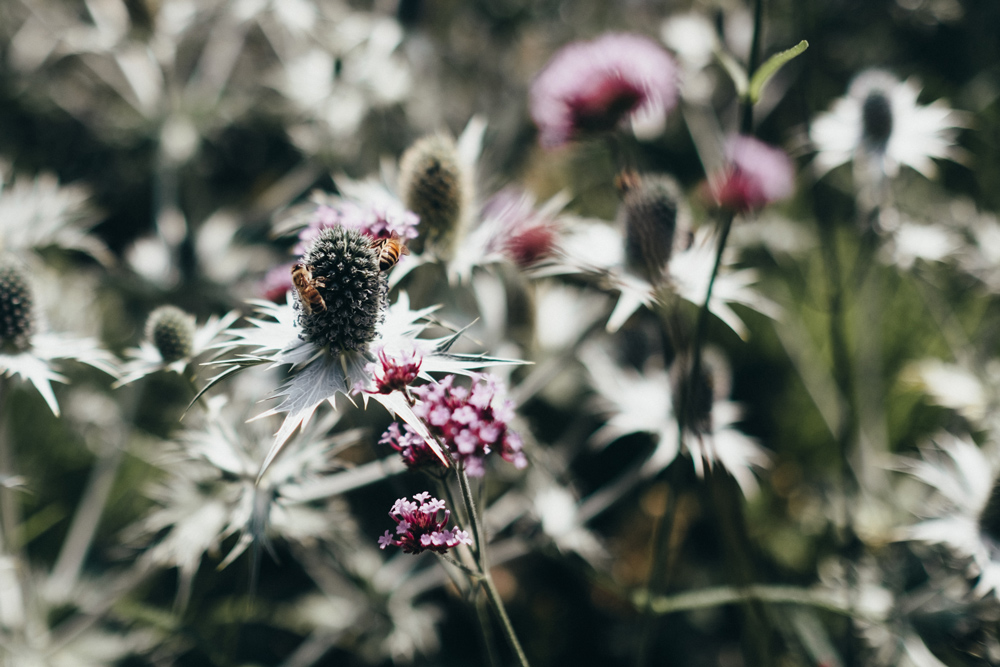 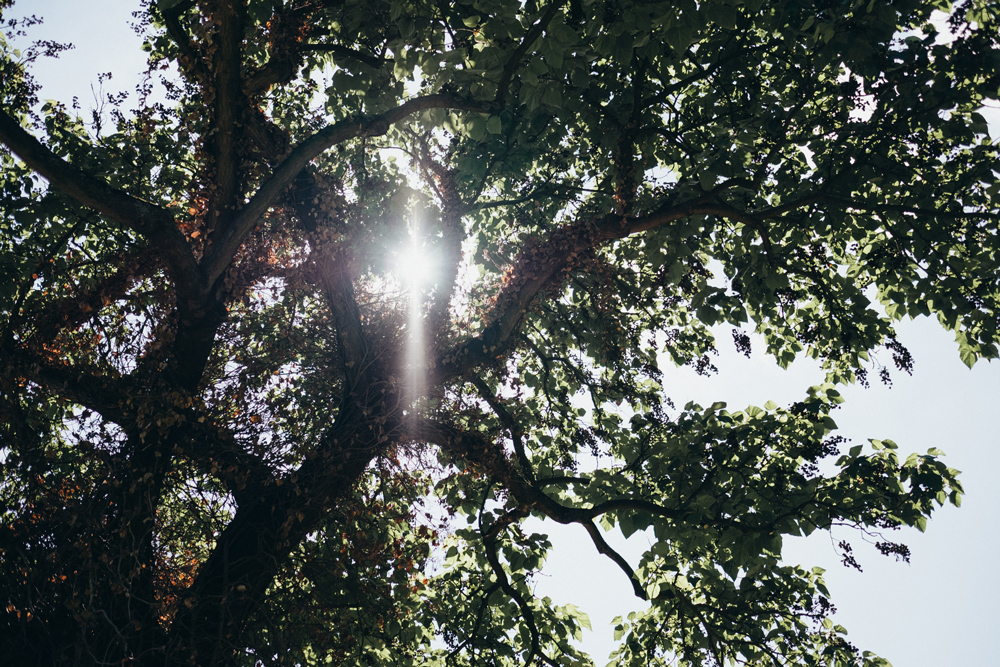 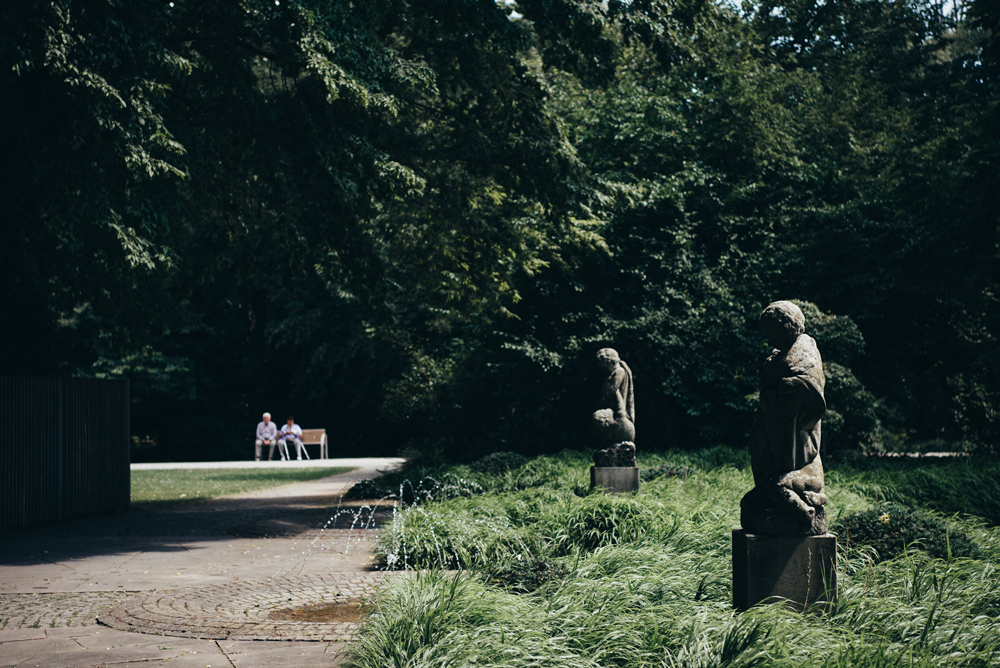 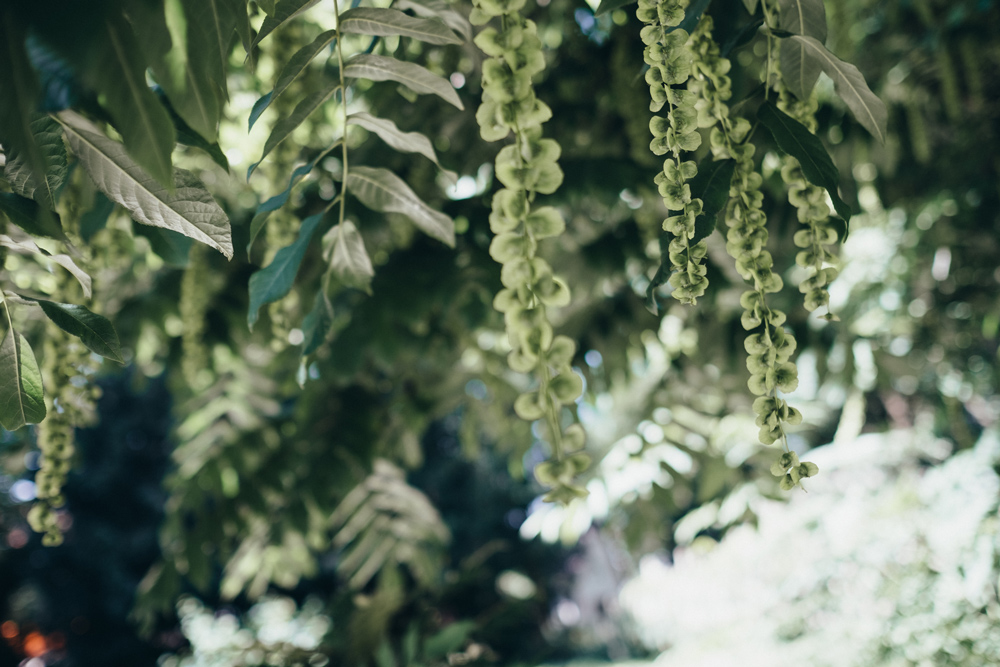 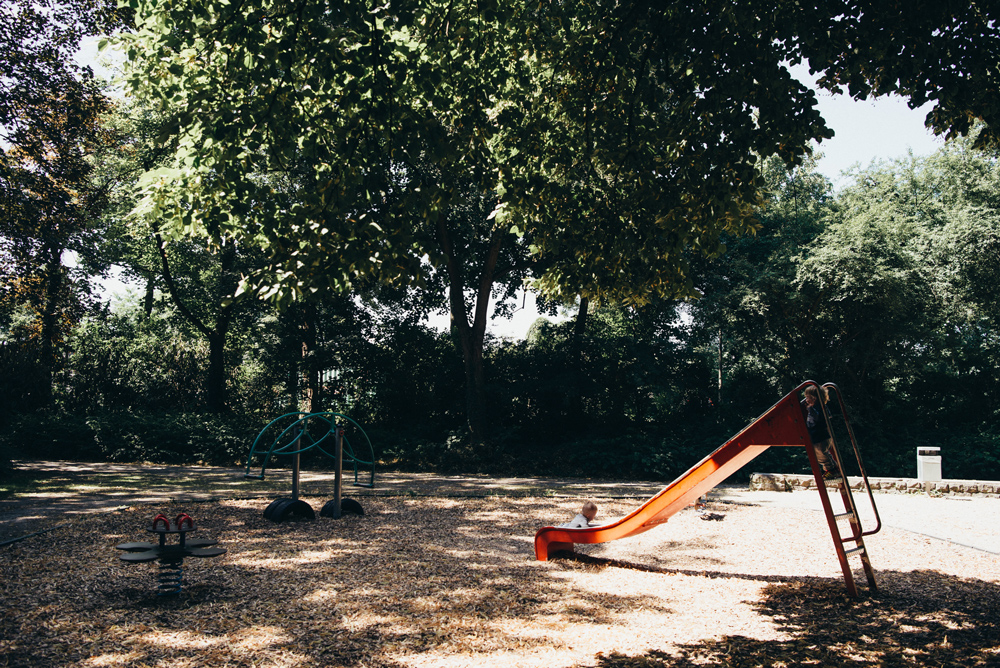 When you amble southwards along the paved walks to the large meadow, you are reminded of the park’s history. The Ebertpark was built on the occasion of the “Süddeutsche Gartenbauausstellung” (“horticultural exhibition in South Germany”) and was opened on 28thMay 1925. Within only six months, the former marshlands located north of the chemical industry city were transformed into a modern park site. Back then, there used to be an extensive exhibition hall. Originally, the grounds measured eight hectares. Over the years, they were extended to currently almost 25 hectares. A zoo was added in 1934, a large meadow with animal enclosures and playgrounds in 1954 and the futuristic architecture of the Eberthalle building in 1966.

There is a legendary story about four bears, which lived in a cage here from 1934. During the war they disappeared under mysterious circumstances. The cage leftovers are still there in a hidden corner of the park; the spot is a popular meeting point for young locals in Friesenheim.

In the south of the park is a pond for ducks. It is the scene of a pioneering gardening project. Tangled grasses, anemones, meadow-rues, Allium species and Taxus pruned in the shape of little mountainous bushes. Next to this mixture, Aegopodium podagraria spreads rampantly—“goutweed!” Harald calls out. “Most people would fling up their hands in horror, but we advocate this.” The Ebertpark team of gardeners pruned the goutweed in late spring to make room for the shrubs, perennials and flowers. So, the feared weed becomes a useful close-growing plant and gets on magnificently well with the other set plants in the Ebertpark.

“We do gardening according to new rules here in these naturalistic beds,” Harald explains. “We aim for diversity, integration and the whim of nature. Weed and ornamental plants may coexist here peacefully, with surprising outcomes.” So surprising that professional experts have taken great interest in the park. Various articles on the Ebertpark’s unusual horticultural concept have been published and garden experts come to Ludwigshafen regularly for inspiration.

Most of the everyday park visitors welcome our fresh ideas and experiments. “Our way of gardening is like playing chess with nature,” says the chief gardener. “We start playing—then nature makes a move—then it’s our turn again. So, next year, the field or bed may look entirely different.”

The founding of the sponsor’s association Förderkreis Ebertpark e.V. in 2005 was a turning point for the park. The commitment of its members and further sponsors gave it a fresh impetus. Plans for the reconversion of the park into a standard green space with trees and meadows were turned down. The “new construction” department has been very active since then and looks after the park together with Harald’s team: The walks and the lighting have been modernized, old playgrounds refurbished.

The latest Ebertpark project is another breath of fresh air: the Quellgarten (source garden). It is a geometric park area with ponds, landing stages and bridges that was made of concrete in the 1960s. The team planted an appealing variety of grasses, shrubs and six-foot perennials into the dry ponds and beds to create a rich texture. This mixture contrasts brilliantly with the architectural forms of this part of the park—an exciting perennial garden is established.

It is only a few metres from the source garden to the rose garden. Hundreds of rose trees used to stand here rank and file, but at the moment, the area is fallow land. In a special campaign, locals were invited to dig up the rose trees and take them home, pathways and beds were graded, only the white concrete pillars that used to carry the pergola remain on the meadow like stone monuments. The Ebertpark team will create a completely new rose garden in the years to come. And, naturally, this is not going to be a standard rose garden, but merely an experimental gardening site—a new highlight in the Ludwigshafen Ebertpark. 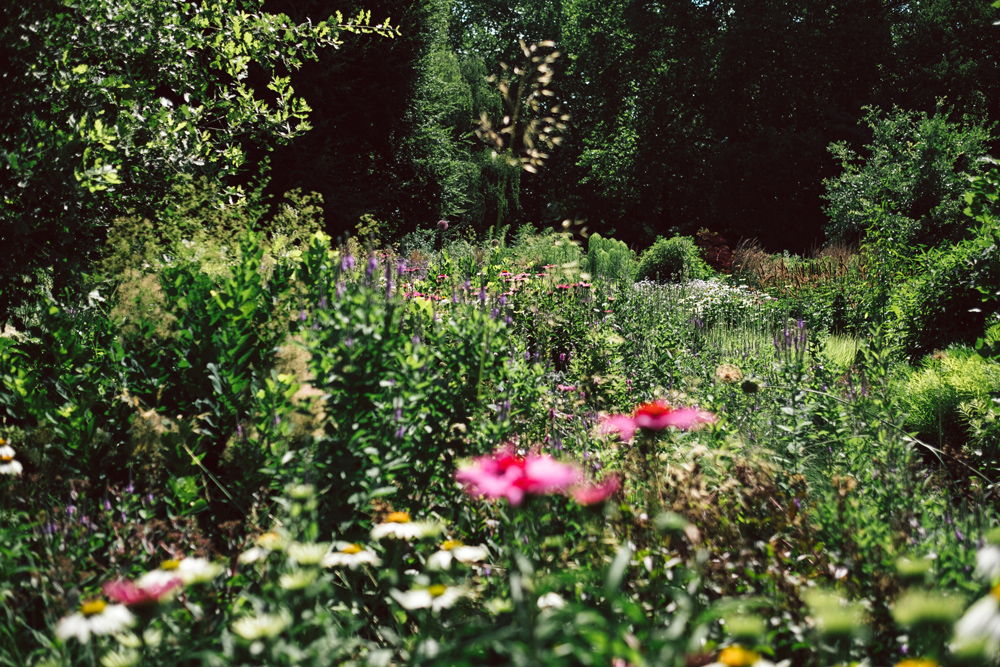 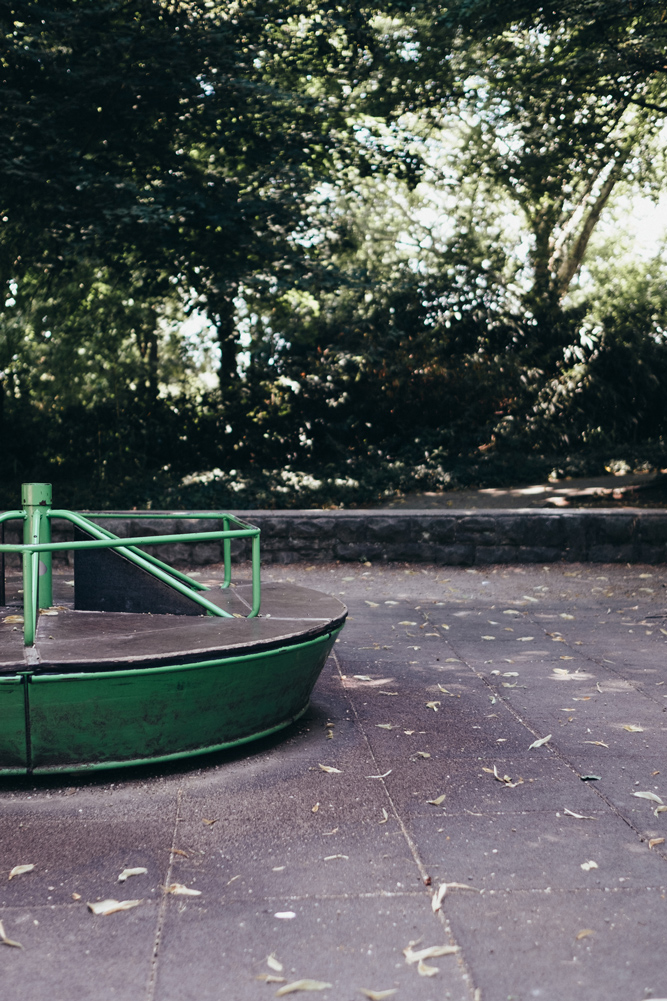 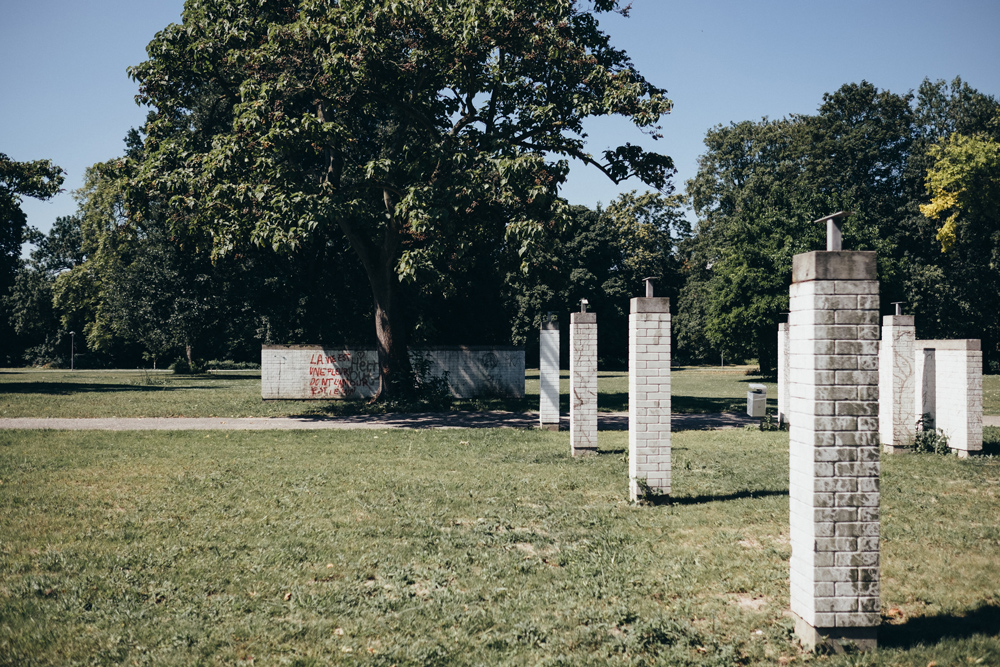 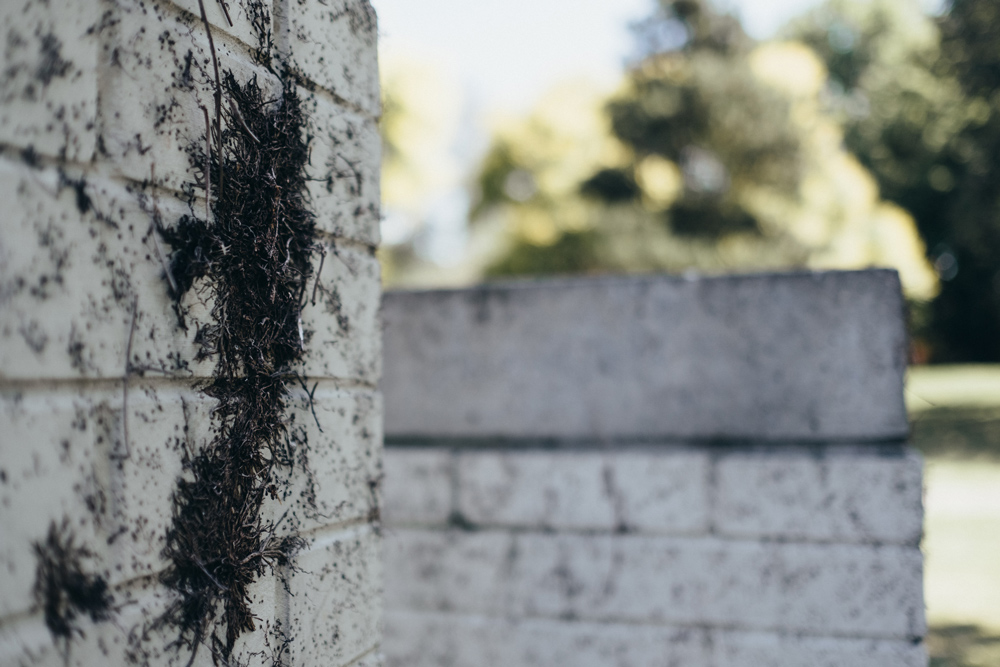 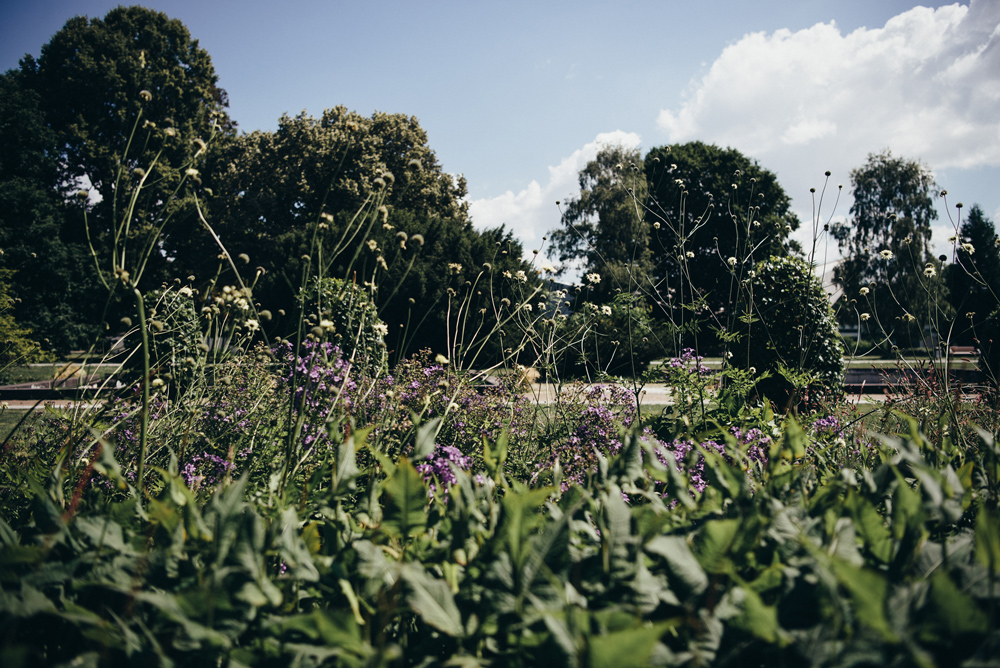 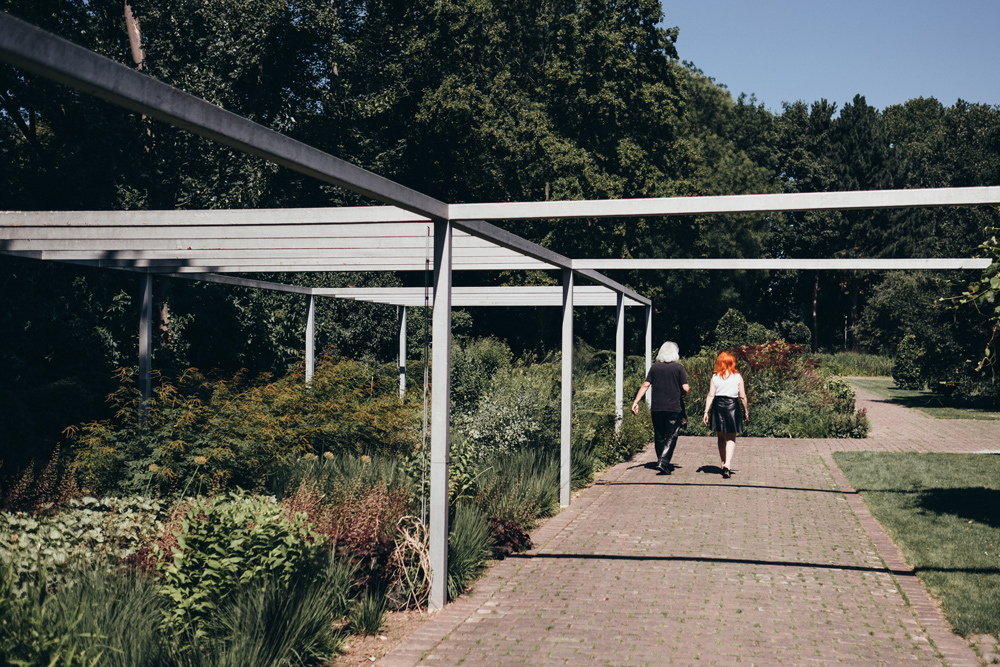 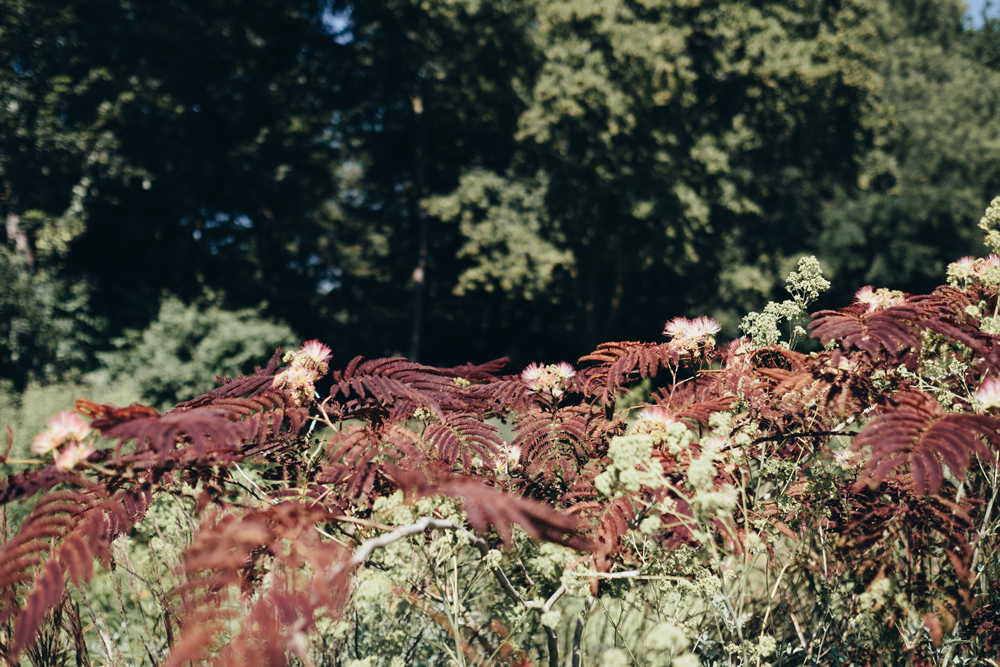 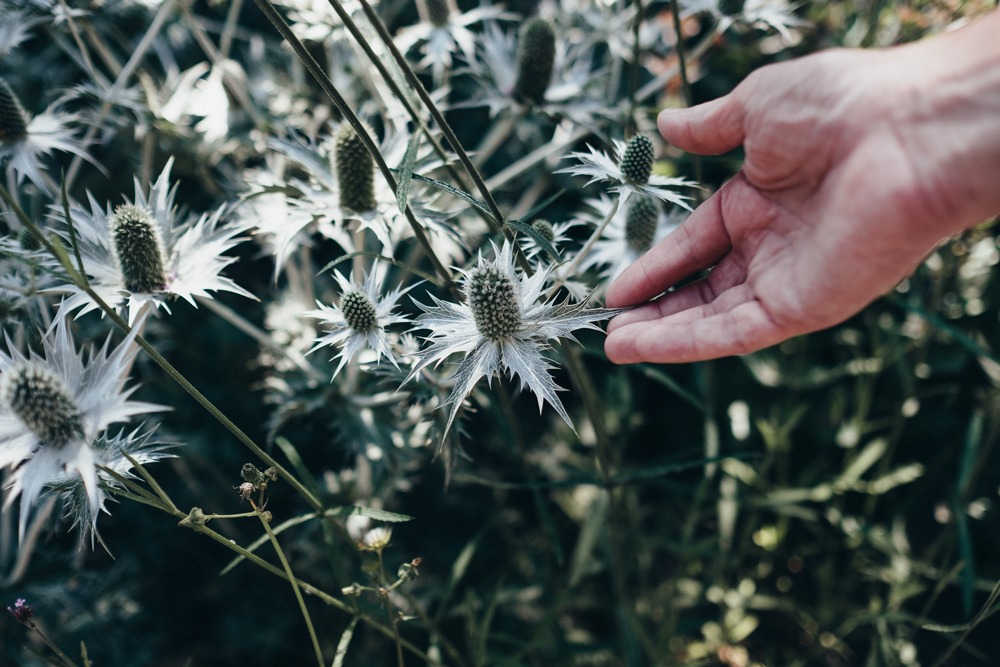