The Fruits of Change

Figs, almonds, kakis and pomegranates—plants that love mild winters and hot summers grow on the test fields of the Gartenakademie Rheinland-Pfalz (botanical college Rhineland-Palatinate) in the town of Neustadt. The institution’s director, Werner Ollig, believes: We need plants that suit the changing climate.

The future grows next to an elongated left-hand bend, between an area of new housing and the country road. Werner Ollig walks through the aisles and presents the variety of small trees. All of them have the characteristic thick, green leaves with long fingers. Some fruit are longish, some plump. Their peel is either purple or green or yellow. Werner picks a ripe fruit with an almost brownish colour. He peels it with his fingers—the bright pulp comes to light. “The fig is a motivation fruit,” he says, “you just have to pick and eat it straight away.”

Werner manages the Gartenakademie Rheinland-Pfalz (botanical college Rhineland-Palatinate), which is part of the institution Dienstleistungszentrum Ländlicher Raum in the Neustadt part of town Mußbach. Werner and his colleagues give advice to municipalities and amateur gardeners, offer courses and spread information about sustainable pest control or the appropriate choice of plants for properties. You can also seek advice from the gardening doctor for sick plants or even bring them to the lab on Wednesdays. And people at the institution do some thinking about the future.

About the fig, for instance. Using the test fields, Werner wants to find out which sorts out of the great variety fit best for the region. The fig loves heat and the sun, lots of sun. “This makes the fruit really aromatic.” Hence, the fig tree may have a bright future lying ahead for itself in the Palatinate—a positive aspect of global warming. The fig tree is not even a newcomer. It has belonged to the Palatinate just like wine, explains the 62-year old:

“Traditionally, the fig tree has always been cultivated here, just like in any wine-growing region in a river valley. The Romans brought this tree here, planting it next to their houses. It needs lots of water and has a deep rooting system. Therefore, it is an effective means of protecting your house against wetness by drying the fundament.” 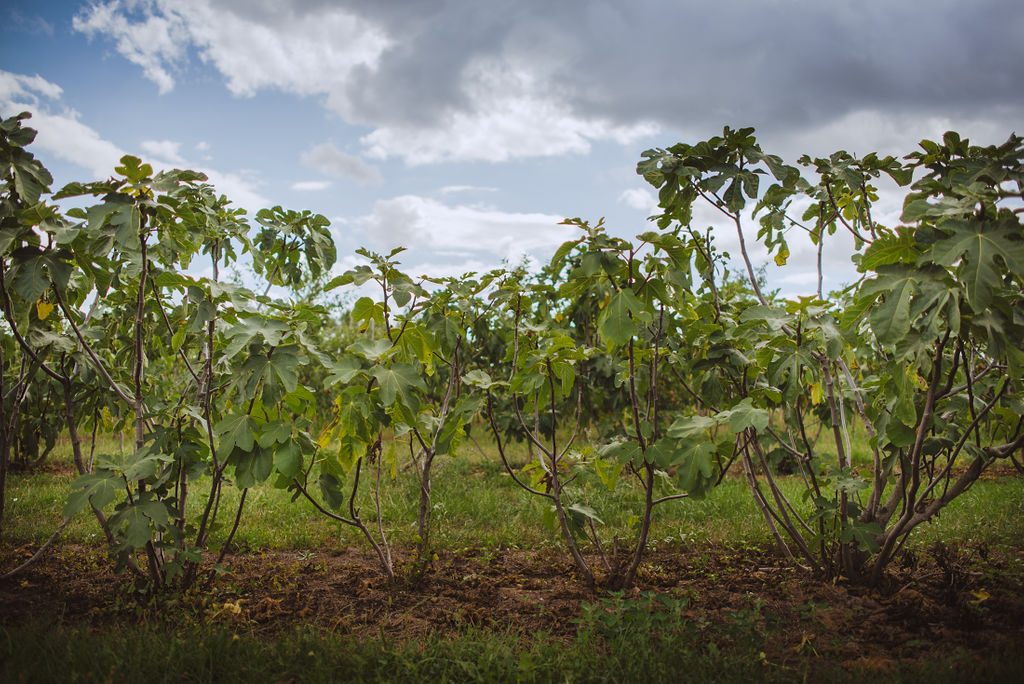 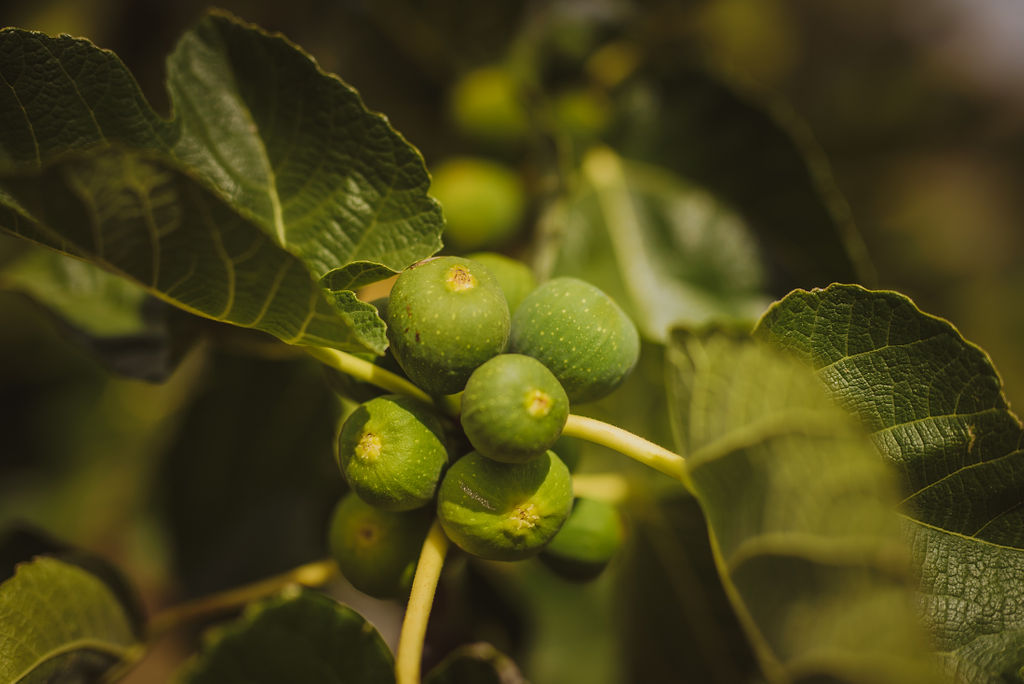 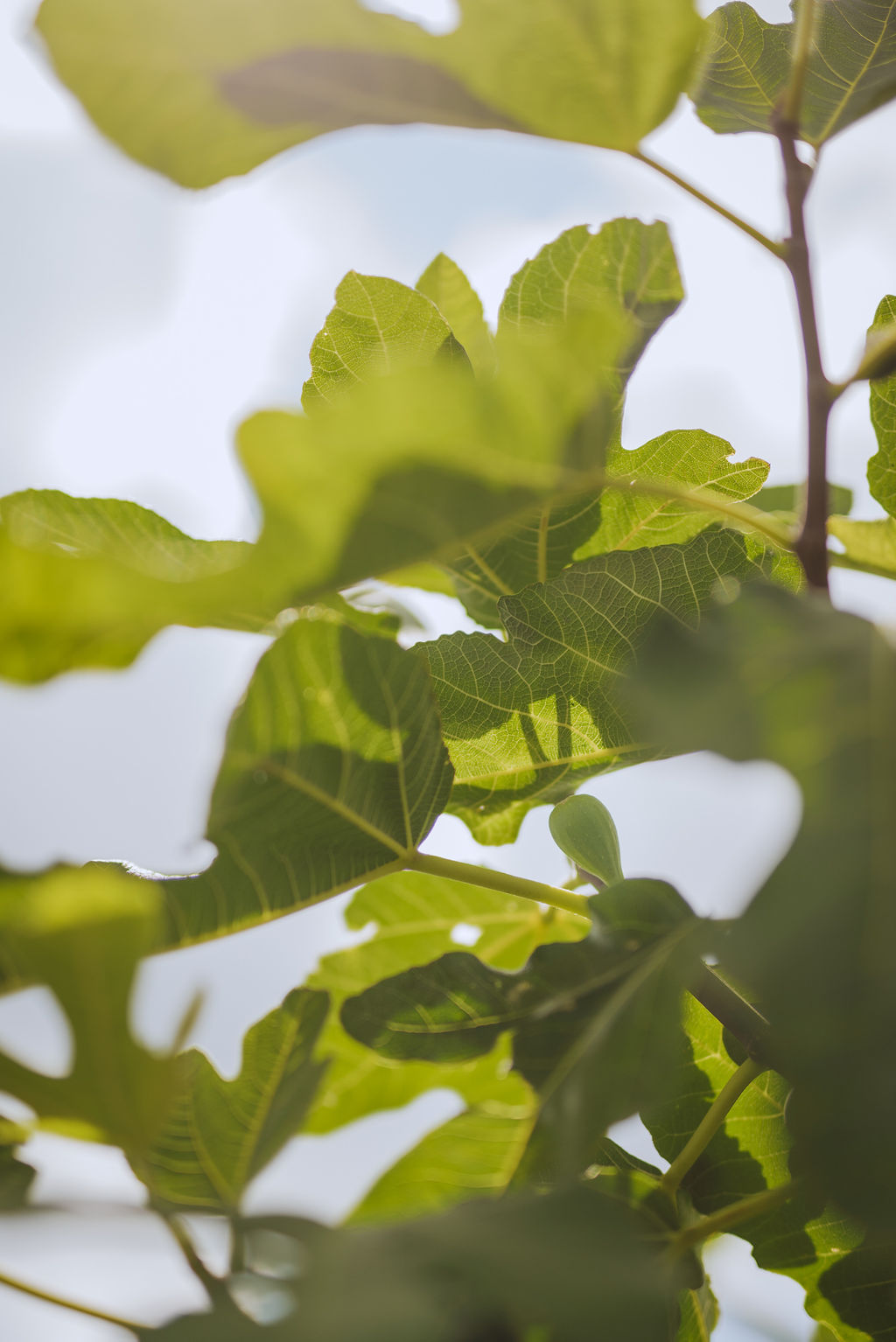 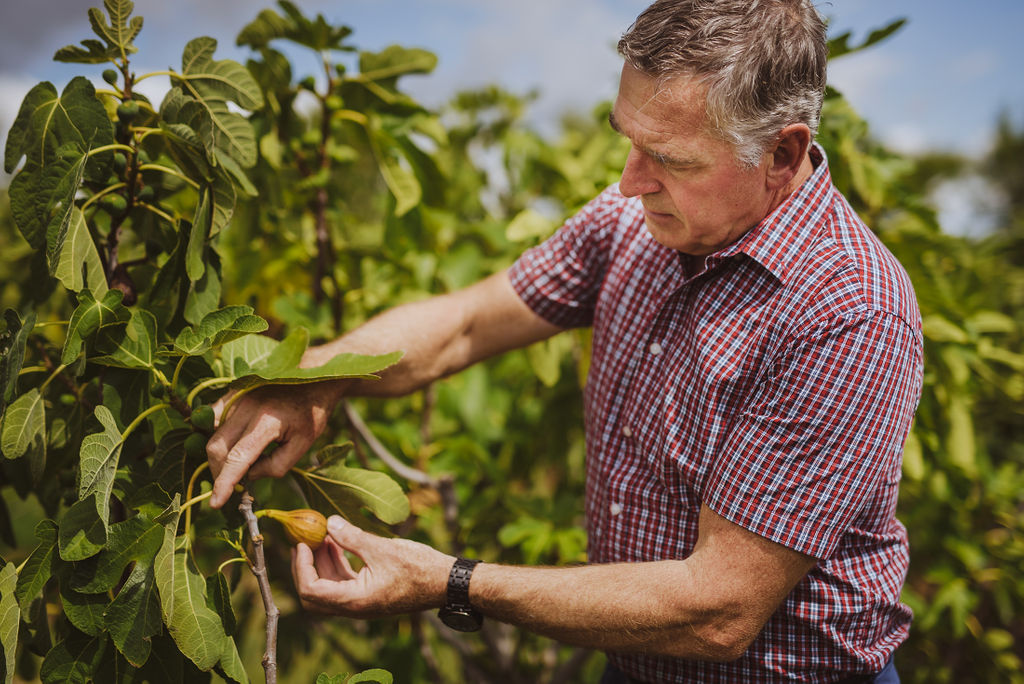 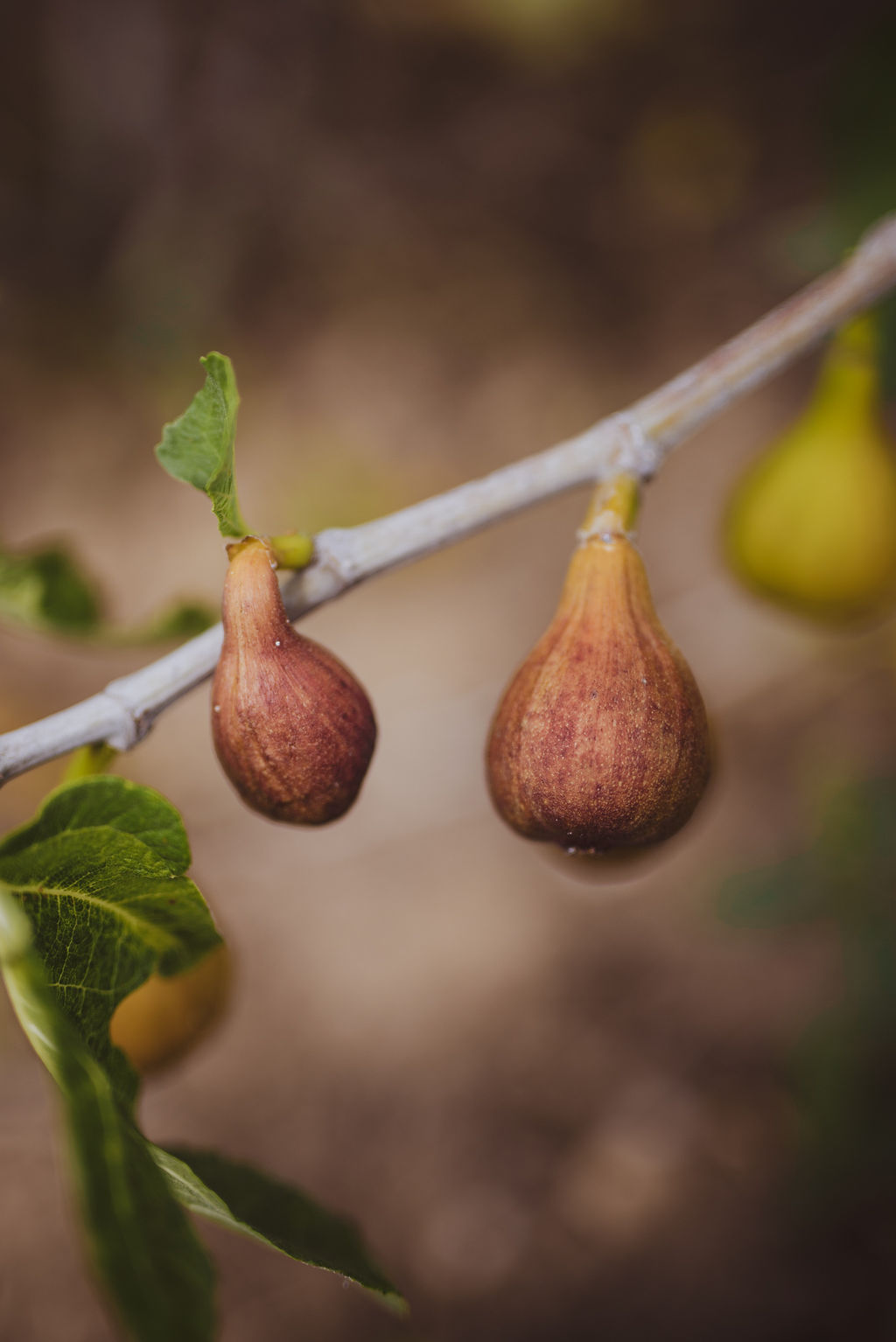 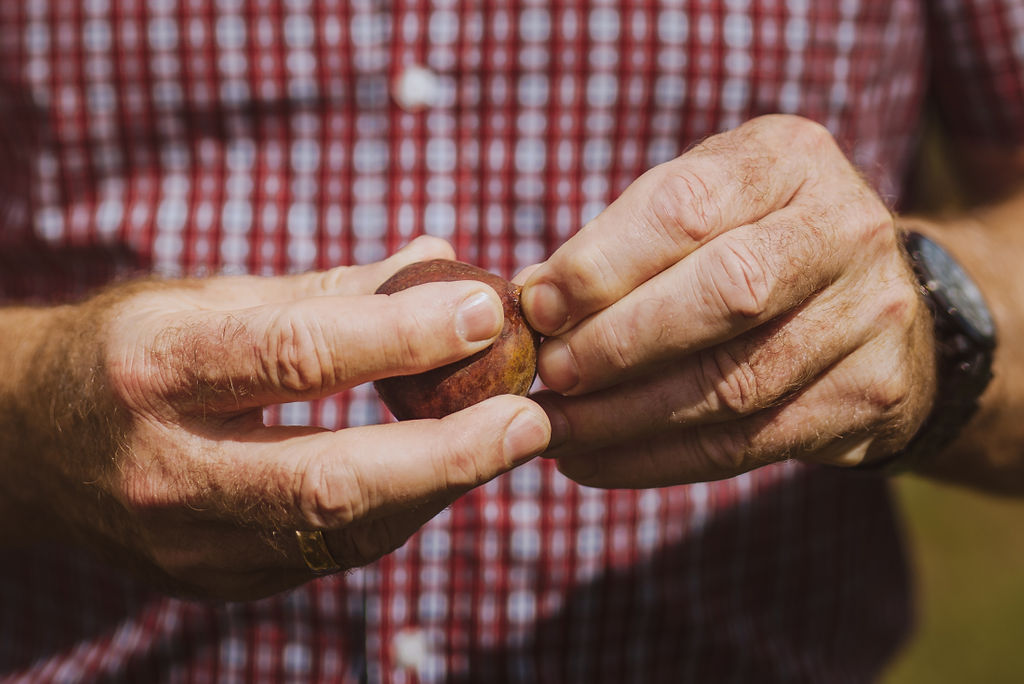 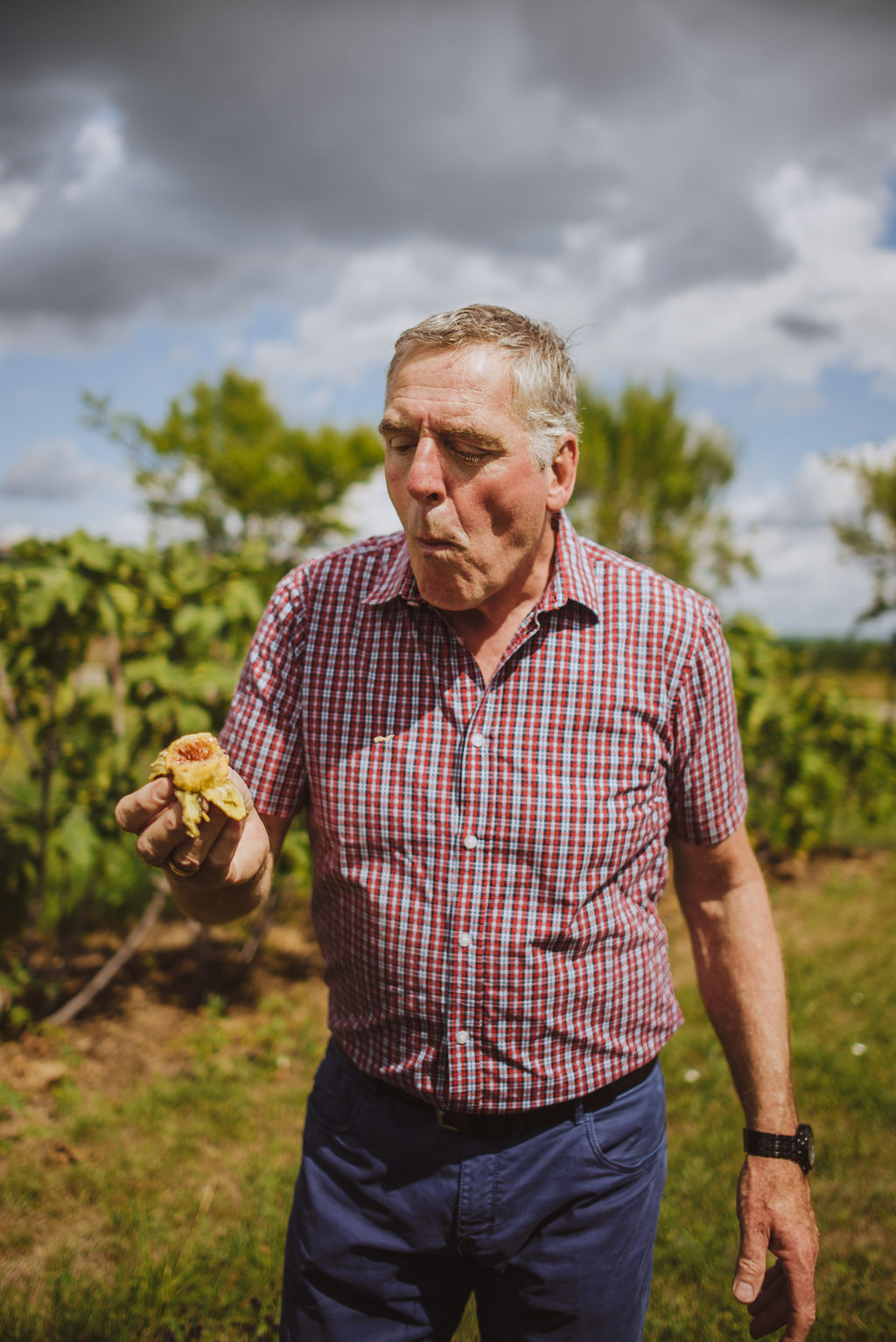 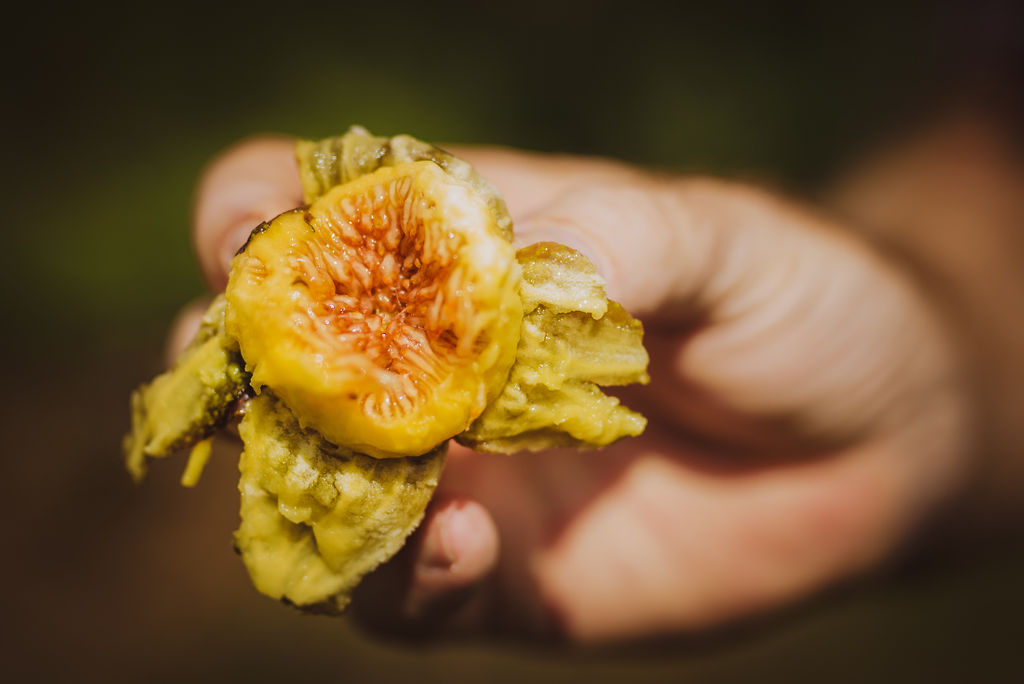 There are probably some 50,000 fig trees in the Palatinate, most of them on private properties. Large-scale production is not possible in this region, Werner says. Fortunately, the climate is not warm enough yet. This fragile species on the test field didn’t survive the spring frost two years ago. It prefers sunny locations with little draught from the East only.

Werner is an agricultural engineer, a vocational school teacher and the director of the Gartenakademie. Trees and bushes are more than just plants for him. This becomes visible when he goes into raptures about the aroma of the fig. Or when he tells the story of the trees that line up casually along the test field. Their branches bear furry, green fruits. When they burst open, they reveal almonds—edible almonds, as opposed to the fruits of the almond trees in Gimmeldingen with their pink blossom, which are too bitter to eat. The Romans used to shade their vineyards with this species, says Werner. But modern harvesters leave no room for almond trees in the vineyards—although these trees would afford the cooling shade that is urgently needed in many places.

Almond and fig trees have a long tradition in the Palatinate. They are characteristic plants of wine-growing regions with their typical climate. This is not the case with the small trees in the rows in between. Their green leaves are all you can see at the moment. But in October, they will bear fruits, “round and orange, real whoppers,” Werner shapes his big hand like a bowl. The botanical college has cultivated the kaki, also known as ‘Sharon Fruit’, for about 15 years. The fruits shine conspicuously when the leaves have fallen off the tree in autumn. Employees of the college thoroughly examine the fruits of the test field, but don’t sell them. The harvest is too little.

And there is another exotic candidate putting down roots and growing tall modestly on the test field—a fruit, whose scientific name once inspired a juice manufacturer: Punica granatum. The waist-high shrubs have big, bright red flowers that will soon turn into pomegranates. “We encourage people to just try and plant a kaki or pomegranate into their own garden,” Werner explains. “If our climate turns into that of Madrid, well, then we need the corresponding plants.”

These heat-loving plants seem to feel well in the Palatinate. The kaki trees on the test field bear fruits every year and they don’t need any pesticide treatment. So, climate change, which is still denied by some people, indeed becomes visible here? “Absolutely,” says Werner.

“Some 30, 35 years ago, when I began here, we started by growing the world-wide apple cultivars Braeburn, Fuji and Gala. This was said to be possible only in a wine-growing climate. Here, we used to have a long vegetation period of 180 days between blossom and harvest. The Dutch and Belgians used to envy us and come here in busses to see it. And today? Today, all these sorts grow just as well in the Altes Land area in North Germany, in Holland or Scandinavia. Climate change is obvious!”

In the Palatinate, apples can literally get sunburnt in very hot months nowadays. Werner presents the Gala apple trees next to fig trees. Some of the fruits have brown spots—sunburn that, once it has advanced too much, makes the apples inedible. Werner doesn’t want to thoughtlessly accept climate change, not only because of the apples. He finds the irresponsible tree felling terrible—just like the garden owners’ modern habit to swap bushes and grass for pebbles to create a pebble garden that they think requires less work. ‘Entsteint euch’ (‘de-stone yourselves’) is a current project by the Gartenakademie: The experts promote green variety as opposed to grey monotony in private gardens and on public spaces, supported by the Deutsche Gartenbau-Gesellschaft (German horticulture association), of which Werner is vice president.

Visitors to the Gartenakademie get lots of inspiration for possible alternatives to a pebble garden: perennial plants with flowers of all colours form a lush flower river along the buildings of the Dienstleistungszentrum premises. Standing closely together, they do not only look beautiful but also prevent light from reaching the ground. Weeding becomes unnecessary.

“There are a million hectares of garden in Germany. If we plant more trees, shrubs and perennials on them, our environment will profit from it—insects, the climate, as well as ourselves.” 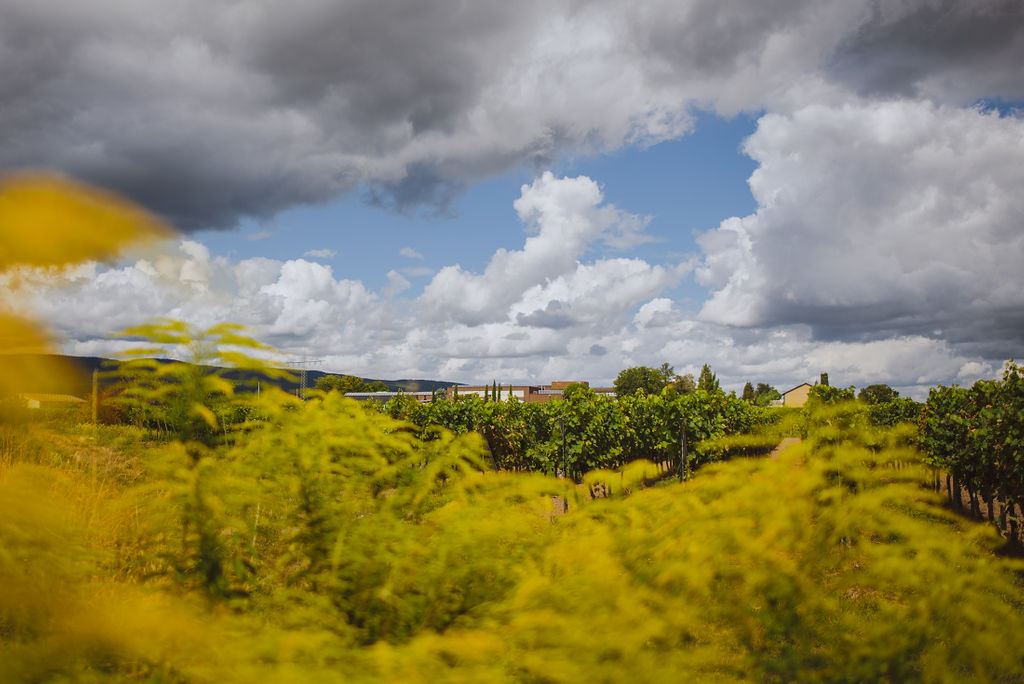 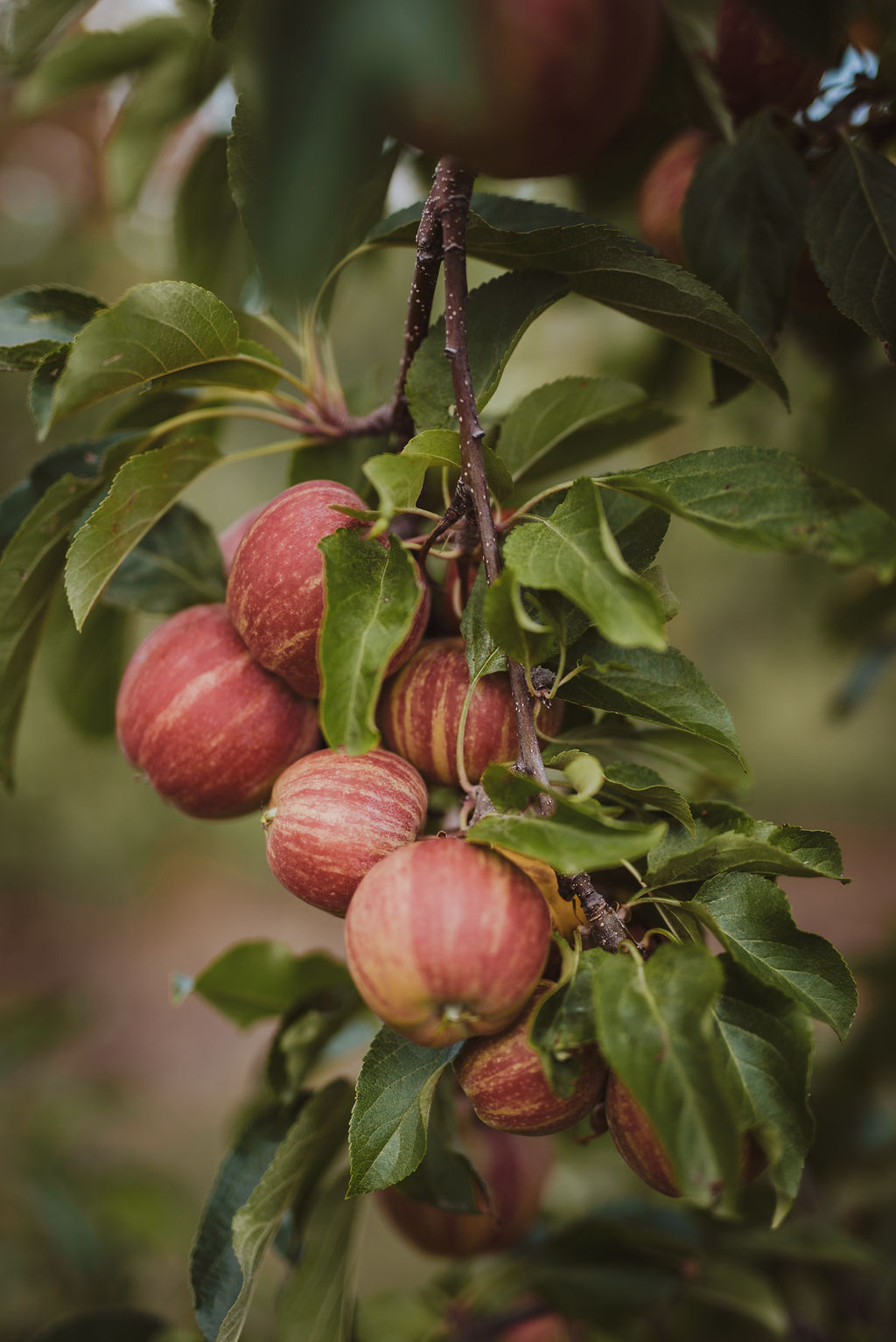 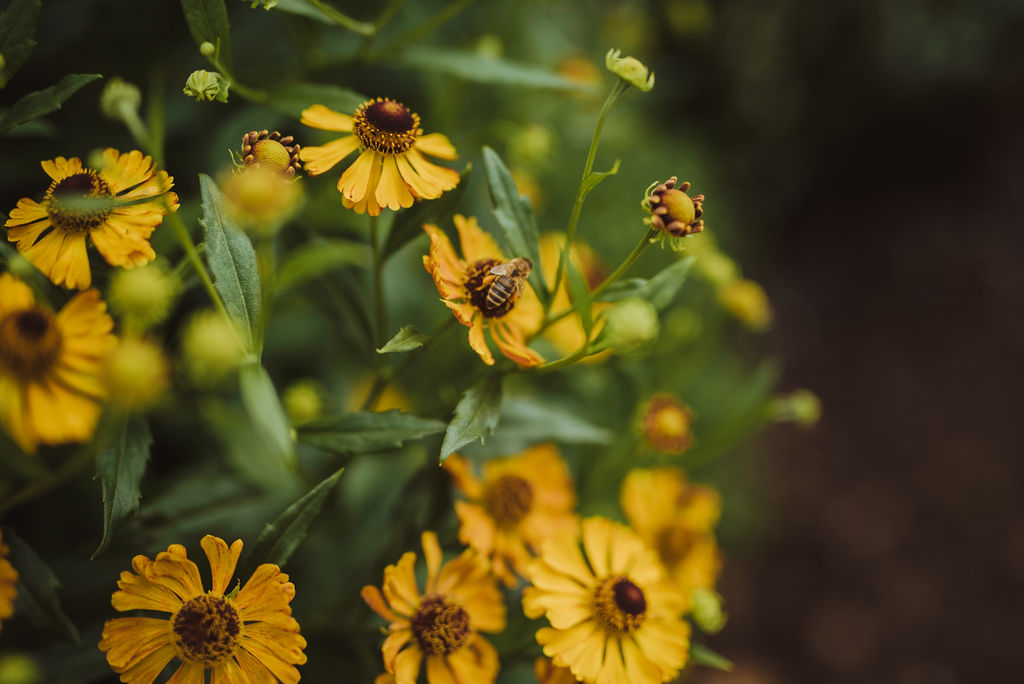 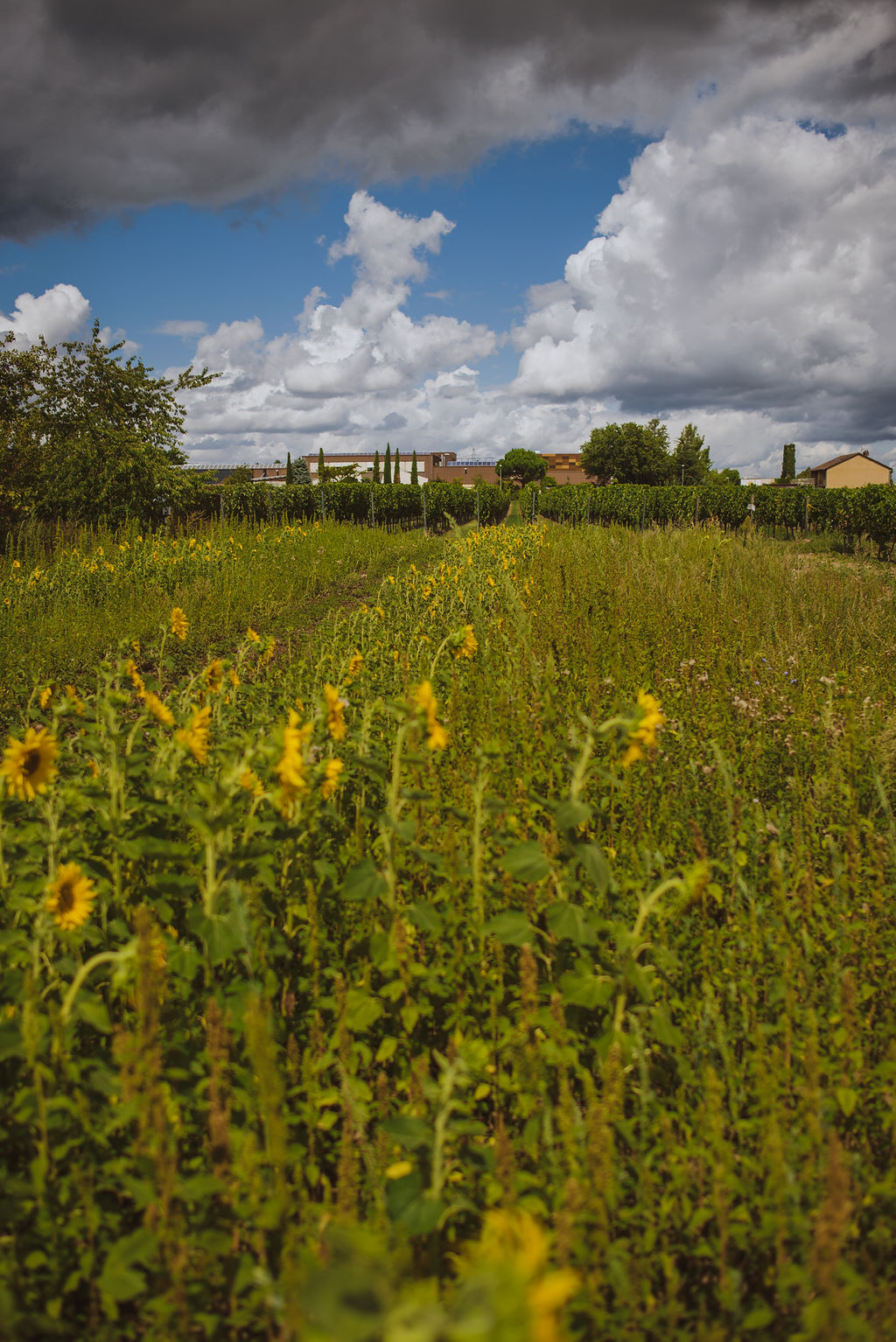 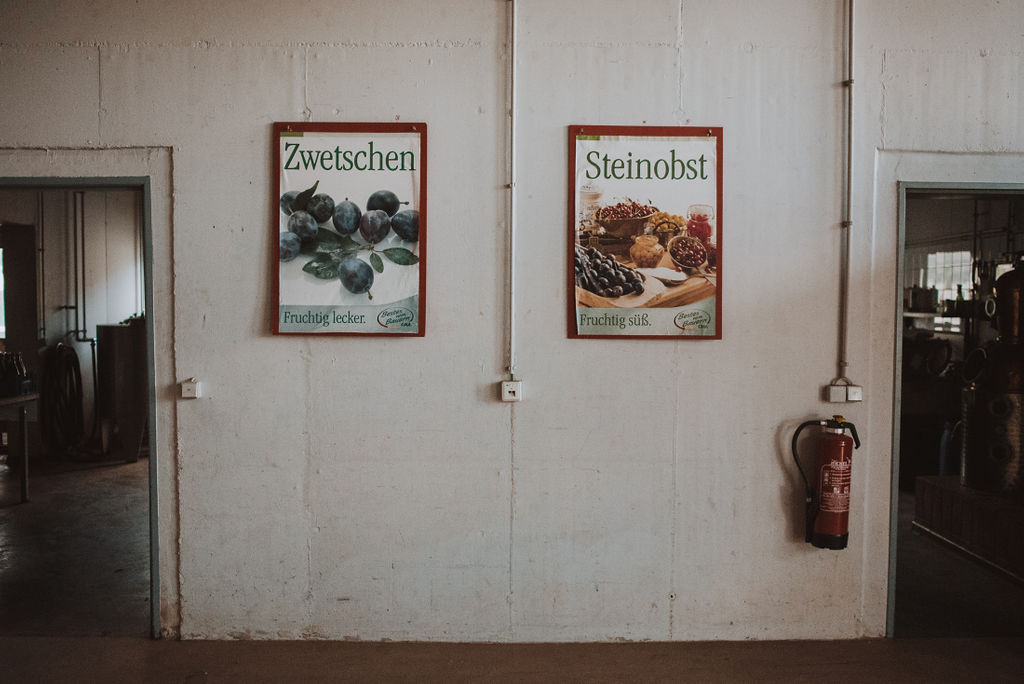 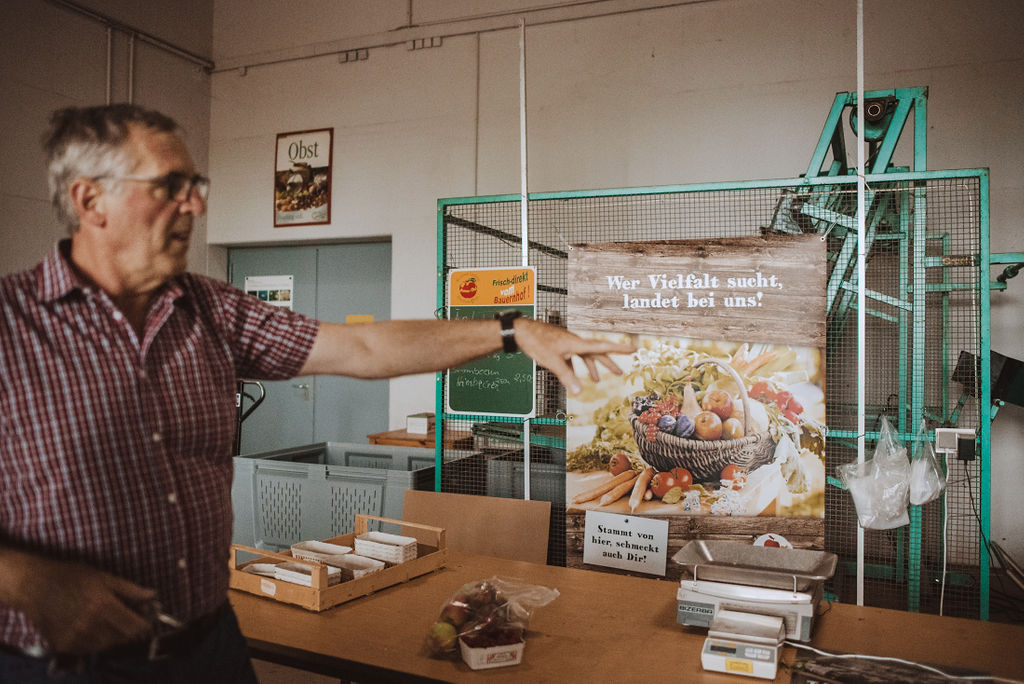 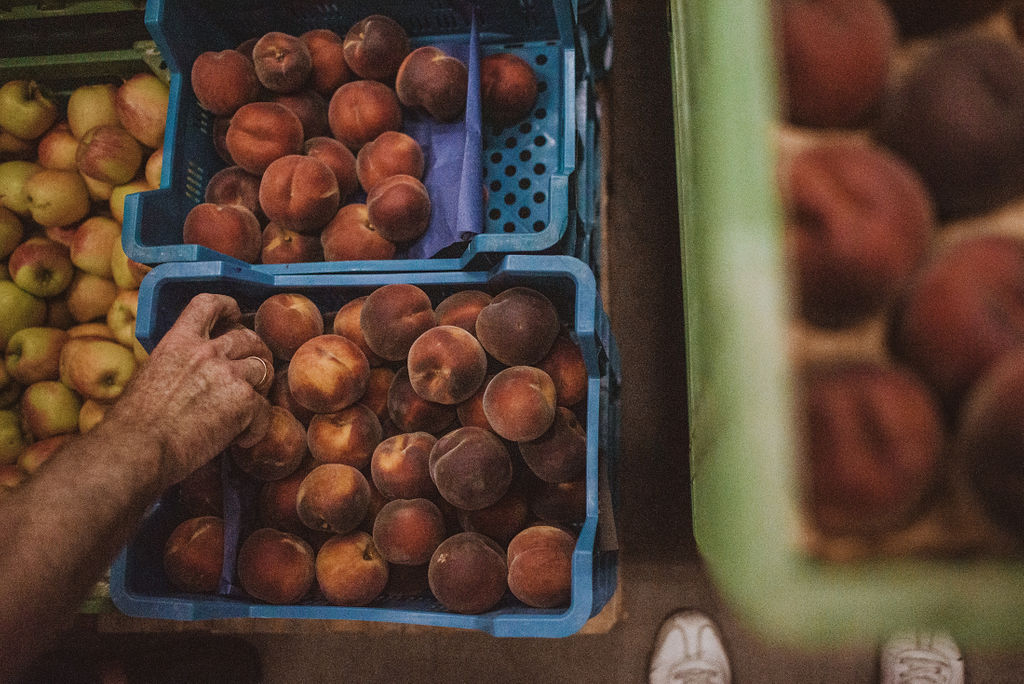 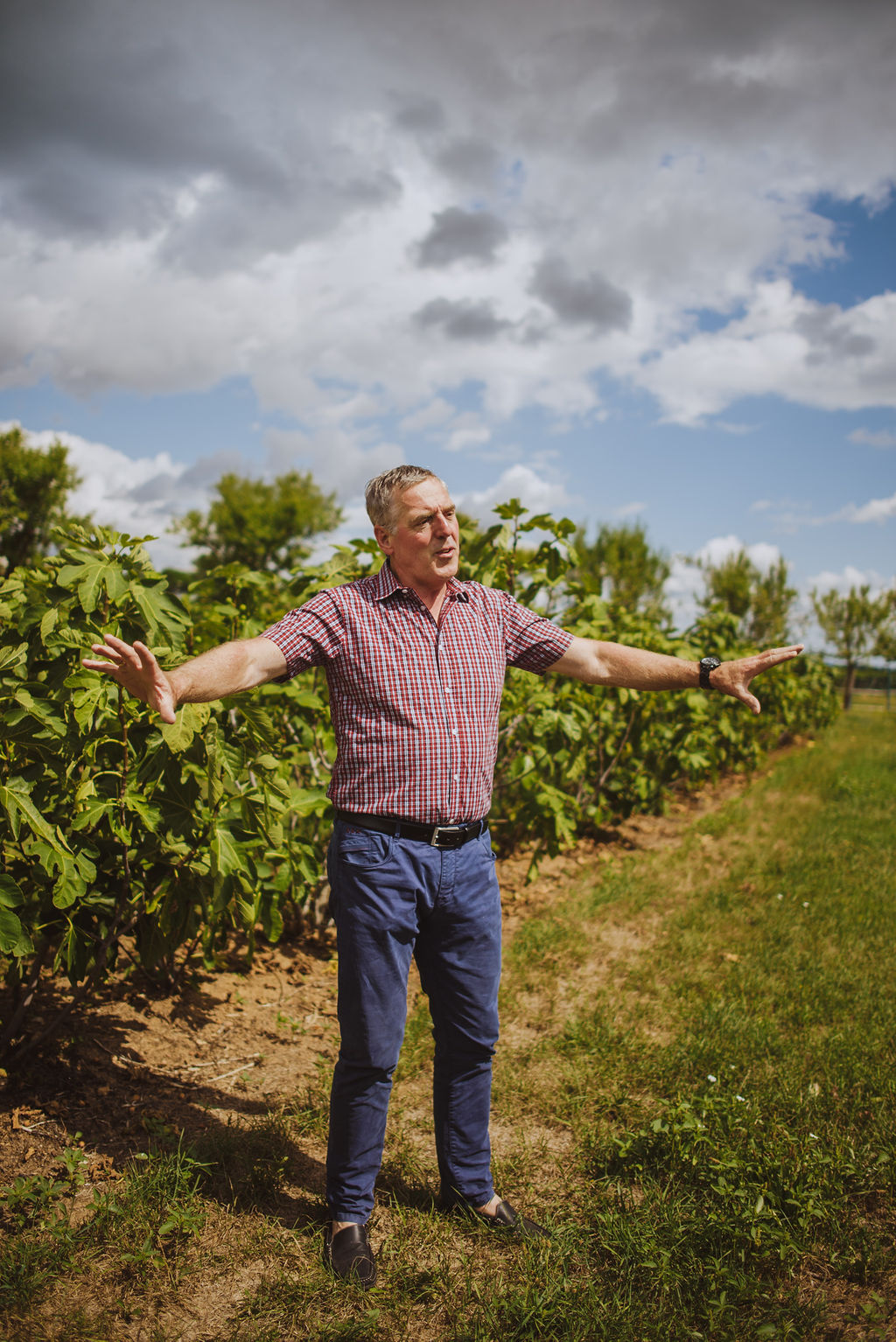