Hans-Georg and Johannes Vleugels run one of Germany’s biggest pipe organ manufacturing companies in the Odenwald. In Hardheim, they build, restore and construct the “queen of musical instruments” – in the third generation.

It can sound bright like a flute or velvety and warm like an oboe. But it is able to do even more: like possess the musical quality of an entire orchestra. “Queen of musical instruments” is what the organ is called. As early as 1619, the composer Michael Praetorius expressed his fascination for the instrument with the words: “The organ alone contains all other musical instruments, large and small, within itself.”

Who would be surprised then by the huge dimensions of this organ which reaches up almost ten meters to the hall ceiling of “Orgelmanufactur Vleugels”’s workshop? Hans-Georg Vleugels is a tall man. But in front of this historical instrument from St. Stephen’s Church in Lahr-Reichenbach he almost looks small – which is not only because of the dimensions of the instrument, but also because of the very special task of an organ.

Work in progress – here, history is being made: In the workshop historical organs are being lovingly restored.

“It is the traditional musical instrument which adds a wonderful splendor to the Church’s ceremonies,“ it says in the Second Vatican Council, “and powerfully lifts up man’s mind to God”. Yes, Hans-Georg Vleugels knows the fascination of this kind of “devine music” very well, he is himself a devout Catholic. But as the owner of the organ factory in the town Hardheim in the Odenwald, he is also master organ builder, designer, restorer, manager and chronicler. In 1958, his father Hans Theodor Vleugels took over the tradition-steeped organ manufacturing company, which was founded by Ignaz Dörr from Hardheim in 1855, from the Bader brothers. Since then, more than 400 “queens” were built or restored in the „Manufactur“ which he today runs together with his son Johannes and 20 employees – and many of these musical instruments have extraordinary stories to tell.

Made in Hardheim: The Vleugels organ in the St. Alban’s Church in Hardheim.

There is the small but exquisite “Vleugels Truhenorgel” (chest organ), an especially beautiful specimen that Hans-Georg Vleugels gave Pope Benedict XVI as a present in 2006 – personally in the Vatican. Or the one with which the Mainz Cathedral Choir goes on tour. There is also this enormous organ which the Vleugels crafted for the Trinity Church in Leipzig, the biggest new church building in the newly formed German states since the reunification of 1990. It boasts not only impressive 46 organ stops, i.e. pipe rows, but it is also able to electronically save up to 40,000 sound combinations. “There are of course organs that Baroque compositions sound best with,” Vleugel says knowingly, whose greatest passion right after flying as a hobby is music which he always discovers new aspects of. Long since, the “queen” together with its complex sound arrived in the modern era, even in experimental areas. It thus fits into the picture that Hans-Georg Vleugels organises unusual concerts at the St. Alban’s Church in Hardheim. In spring, the electric guitar player Holger Koester will make his guest appearance there. His music will at this event be framed by organ player Horst Berger – of course at the Vleugels organ. 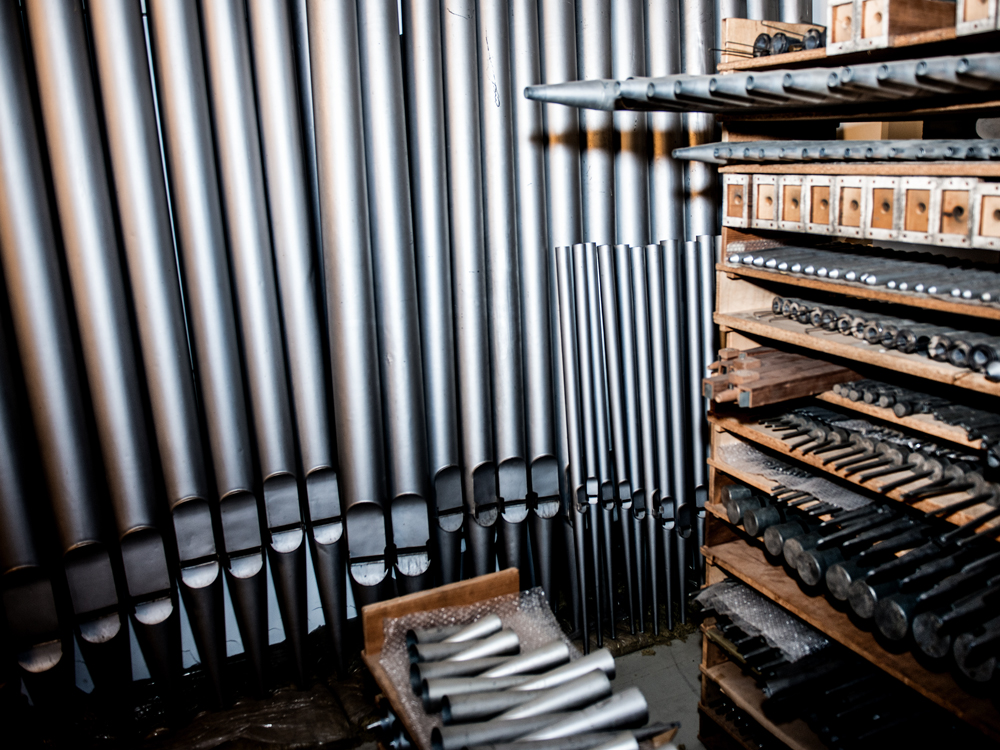 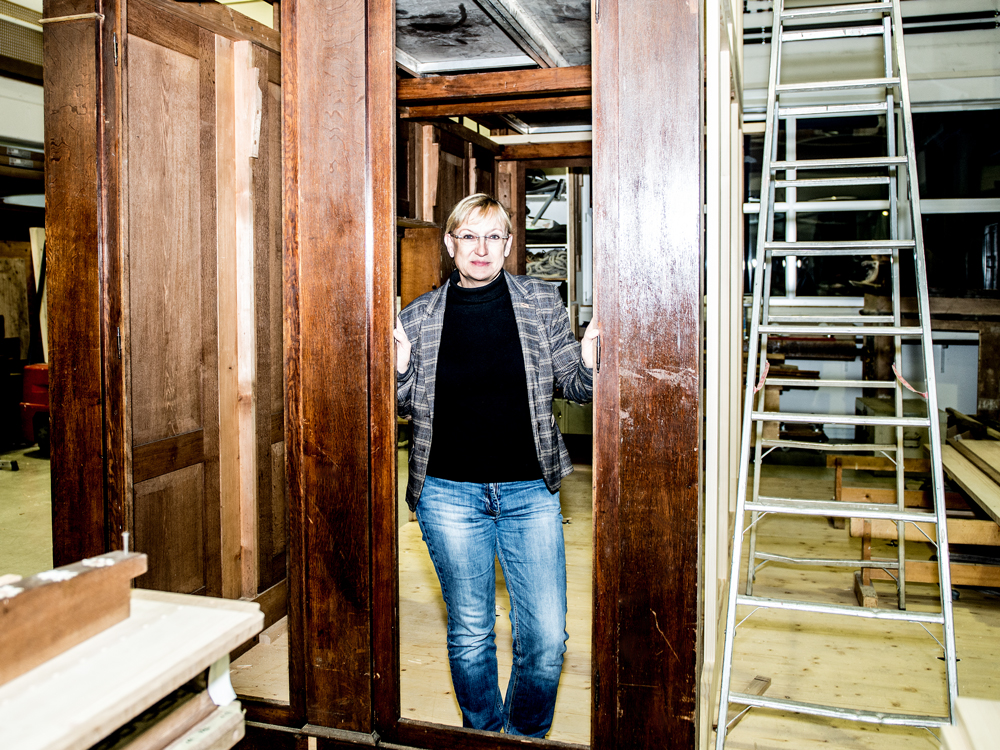 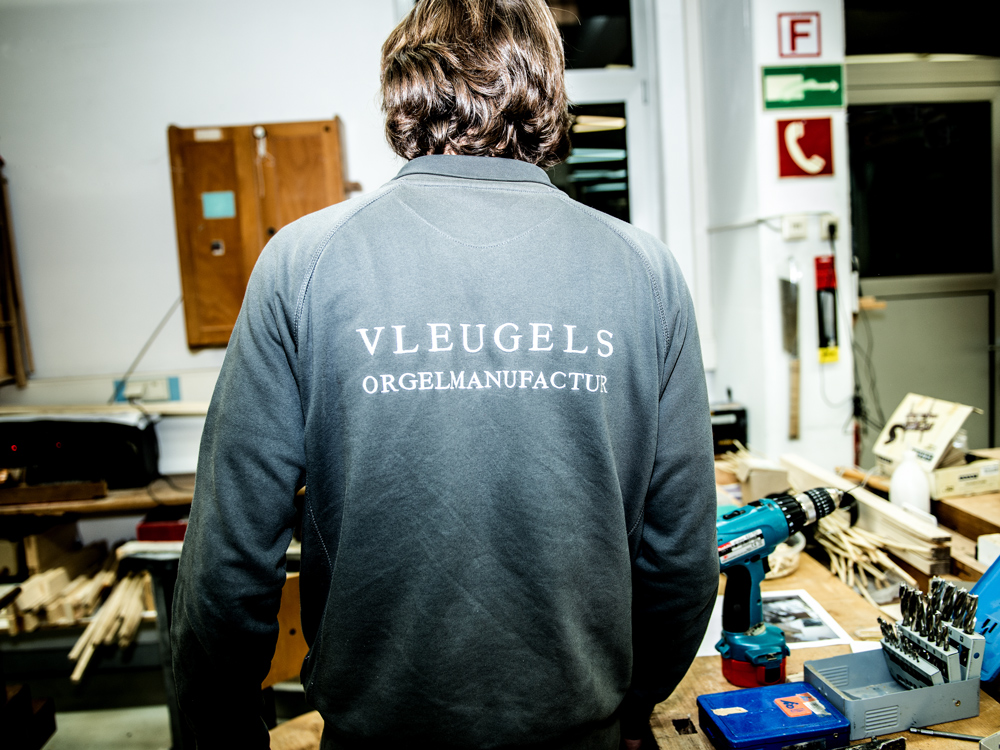 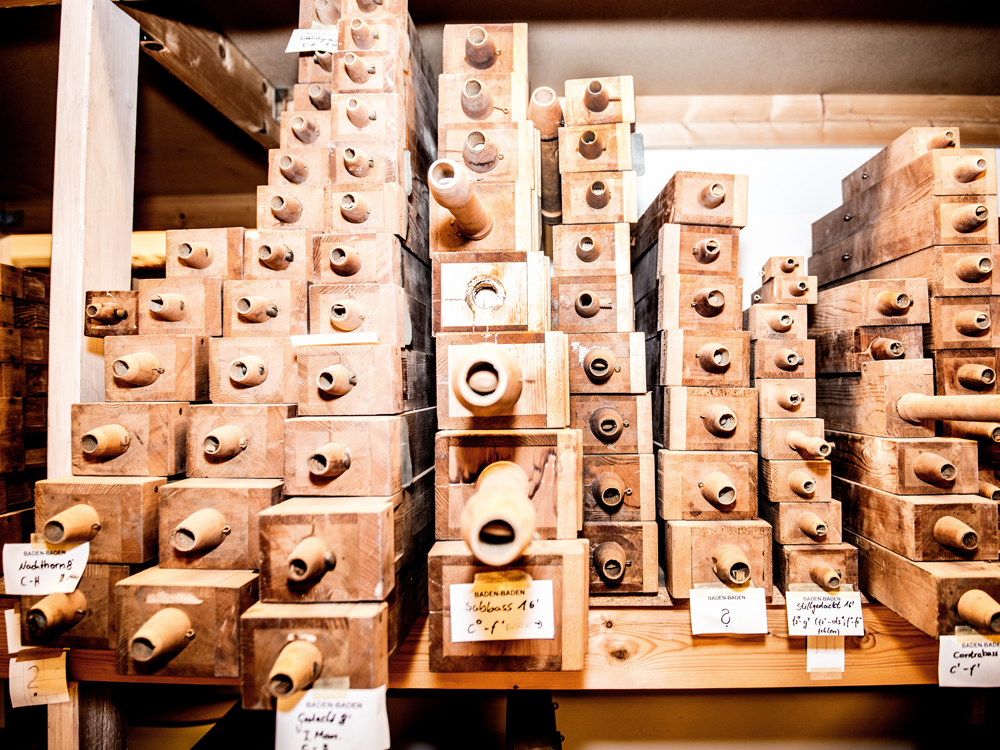 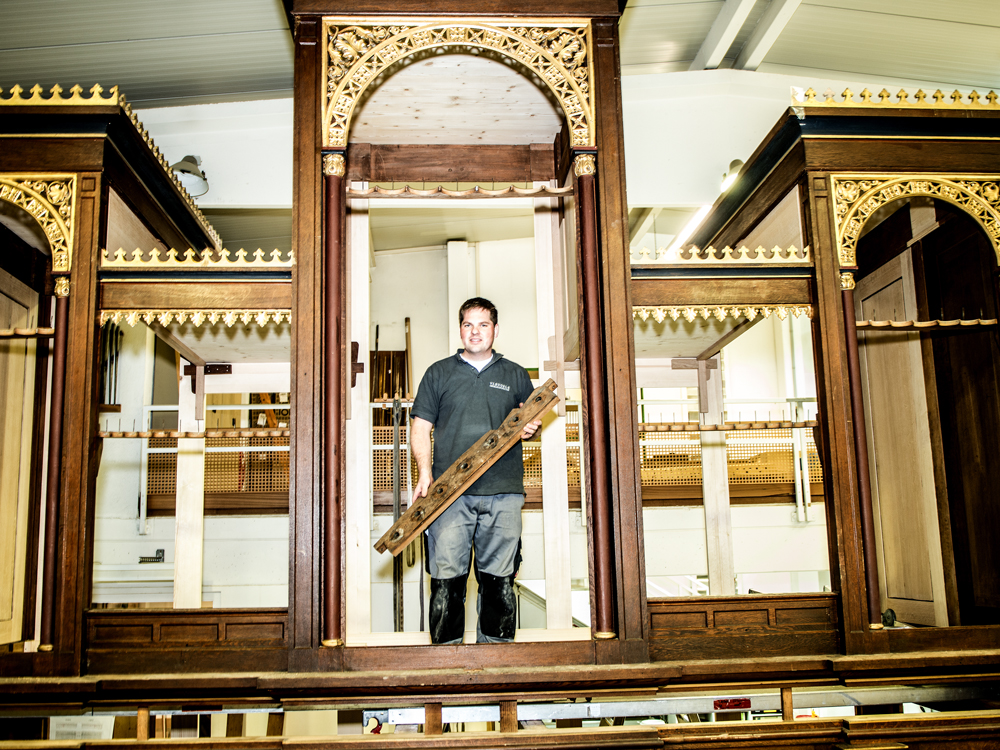 E-guitars and organ music or improvised music from all over the world – ideas like these show that the “Orgelmanufactur Vleugels” is in keeping with the times when interpreting the “queen”. For the construction of a new organ an artist of the calibre of Jacques Gassmann is commissioned in order to give the organ case an exceptional appearance. The high degree of quality with regard to craftsmanship and the sound, but also the design of the Vleugels organs are responsible for the company’s excellent reputation. Orders are by now also coming in from abroad, but there are Vleugels organs to be found in the Rhine-Neckar Metropolitan Region, too: for instance in the Stadthalle Heidelberg (Heidelberg Convention Center), the Evangelical town church in Lampertheim, in Schifferstadt, in Hockenheim, in Waibstadt or also in the St. Hedwig’s Hospital in Mannheim.

The organ in Limbach in the Odenwald is something special: After the parish church St. Valentin was almost completely destroyed by fire in 2003, the new and modern 21st century-style concrete church building made a special organ solution necessary. The Vleugels developed a freestanding instrument with an elliptical outline – unusual and spectacular. The instrument of more than seven meters in height is equipped with 26 stops and 88 reed pipes which imitate the sound of historical wind instruments and boldly jut out of the case. The artist Gabriele Wilpers created a matching “tin wave” which seems to glide over the case.

Organ building is a traditional handcraft – yet it is designed, planned and conceptualised with the computer.

With the help of modern software programmes the organ projects are virtually planned, but sometimes it is simply the innards of a historical organ that are lying on the workbench in front of junior partner Johannes Vleugels, like the one from Lahr-Reichenbach. For a layman this seems to be a chaotic system of lines and colours which only a professional is able to read and tell which parts will later return to the Black Forest and which will not. “In 1917, the first row of pipes was confiscated for war purposes, melted down and substituted by tin pipes,” the 32-year-old man tells us. The organ was now being restored to regain its original condition as it was in 1849.

On the upper floor of his spacious workshop and office building Hans-Georg Vleugels set up an archive. There are countless wind chests, wood or metal pipes – some of them several meters long – lying or standing on the shelves. Discarded fragments from several centuries and churches throughout southern Germany, which might come in handy in case another known or unknown master’s instrument is to be restored. Amongst these are entire consoles which carry the name of companies that are no longer in business.

Was very much delighted by the Vleugels chest organ made in the Odenwald: Pope Benedict XVI

The organ pipes from the Kurhaus in Baden-Baden have their story to tell, too. For a long time, the valuable musical instrument produced by the Voit company in 1916 was thought to have disappeared. Vleugels, however, has about two thirds of its pipes and wind chests in its possession. Plus two manuals – with yellow stains resulting from cigarette smoke having eaten its way into the synthetic material on uncountable concert evenings. “The organ was removed in the 1970s because air conditioning was apparently considered a priority,” the boss says sounding quite relaxed because he knows: times, fashion trends and styles change. The timeless “queens” from the Odenwald, however, will surely survive this as well.