It happened 7,000 years ago in the New Stone Age. Approximately 1,000 people were killed; their bodies smashed and buried in today’s Herxheim in the Southern Palatinate. Victims? Cannibalism? Archaeologists across the world argue about the backdrop to the mysterious ritual event. The local museum displays the state of the art research results and tells an exciting Stone Age thriller—as it unfolds.

Since 1995, nothing has stayed the same in Herxheim bei Landau in the Palatinate. A new industrial estate was about to be created to the west of the municipality, when something unexpected happened: Archaeologists discovered innumerable bones and bone pieces in the fertile loess soil: smashed human skulls, shattered jaws—the remains of a massacre?

Jutta Hartmann, head of the local tourist bureau “Südliche Weinstrasse Herxheim” (Southern Wine Route Herxheim) remembers well the time the excavations began. She was one of the persons kneeling in the causewayed enclosures, carefully clearing away the soil layer by layer with a brush: “Many Herxheim locals and amateur archaeologists joined the excavation team. The amateurs put anything unusual that we found on a wooden batten and the professionals assessed the pieces later.”

The team of scientists headed by archaeologist Dr. Andrea Zeeb-Lanz from the Generaldirektion Kulturelles Erbe Landesarchäologie Speyer (directorate general for cultural inheritance of the state’s archaeology in Speyer) puts the pieces together like in a thriller—and they are a long way from finishing the puzzle. They keep on gaining new insights, some of which are distressing in the light of our moral understanding. “The victims may have been killed at the very site. In any case their bodies were dismembered and bones smashed into pieces shortly after their death. The spiral form of the bone fractures, amongst other facts, suggests this,” archaeologist Lhilydd Frank explains. She studied prehistory and ancient history in Heidelberg and is the current director of the Herxheim museum that is housed in an 18thcentury tobacco farm and displays the world of the Stone Age Linear Pottery culture. 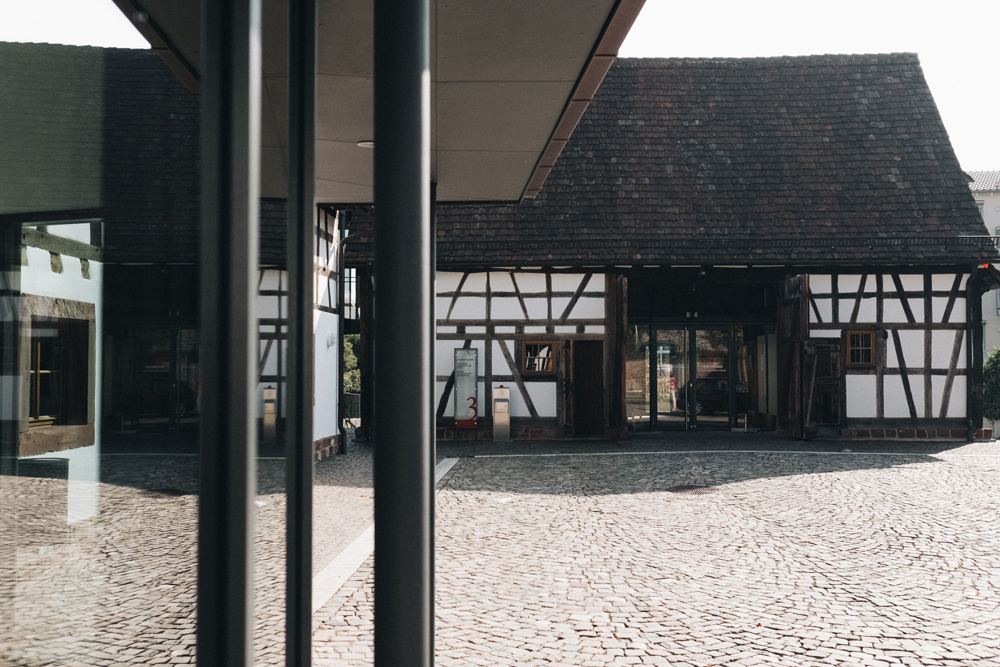 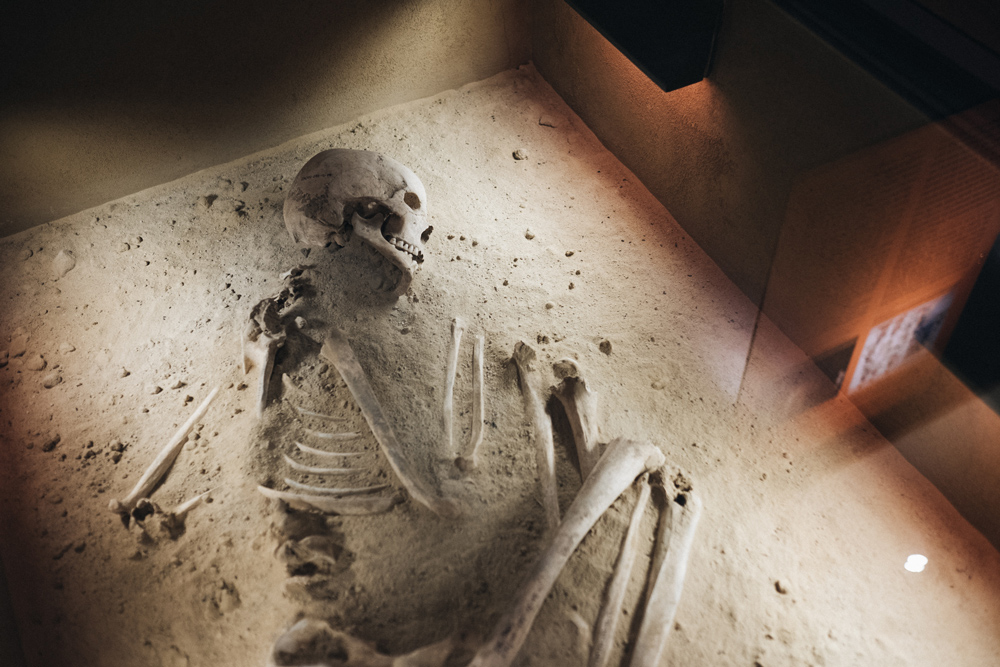 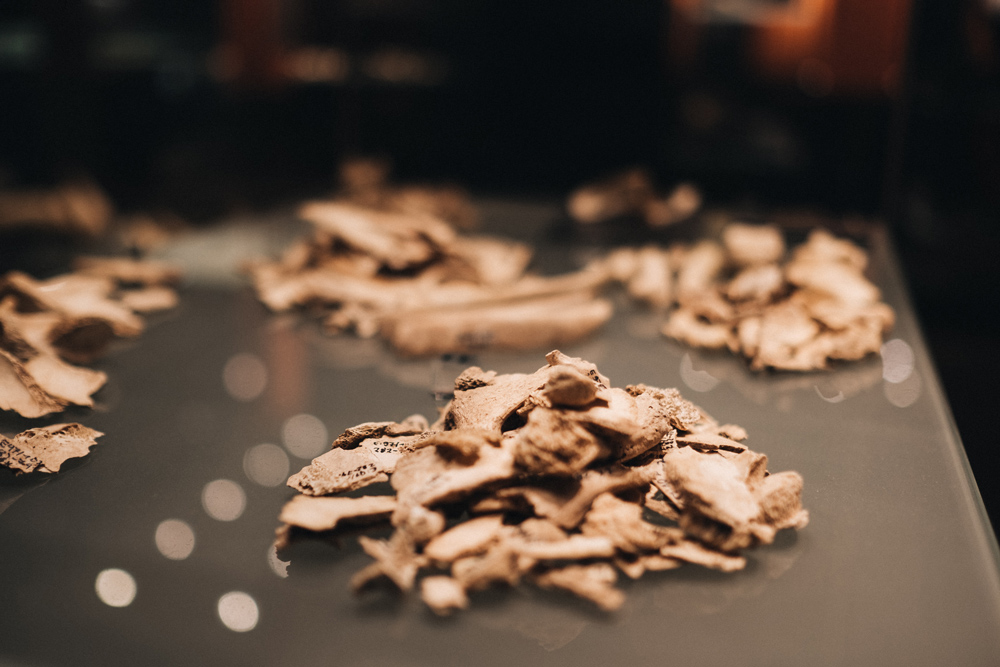 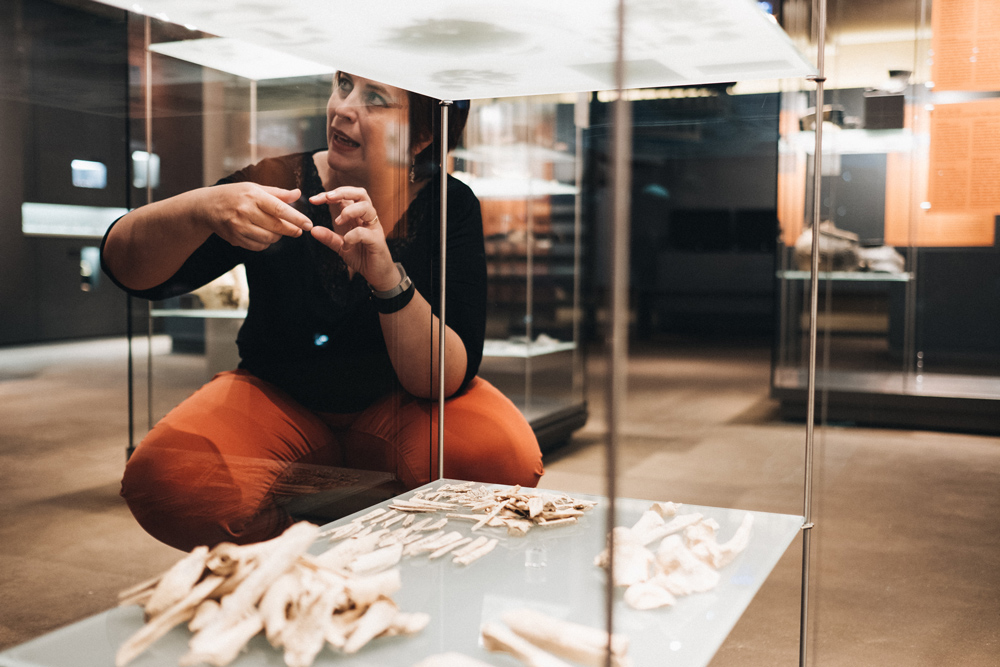 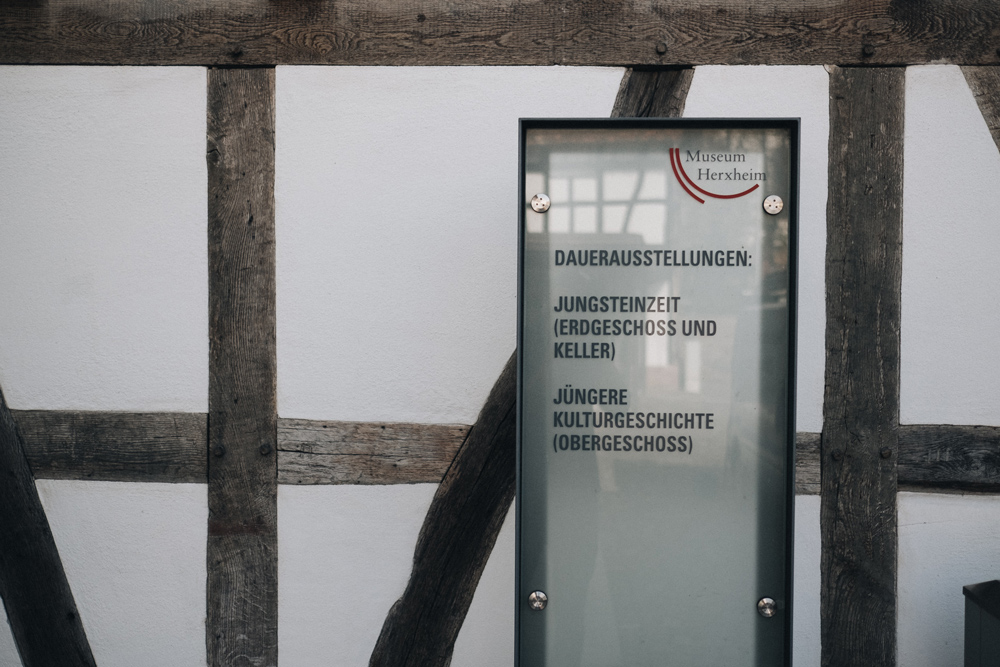 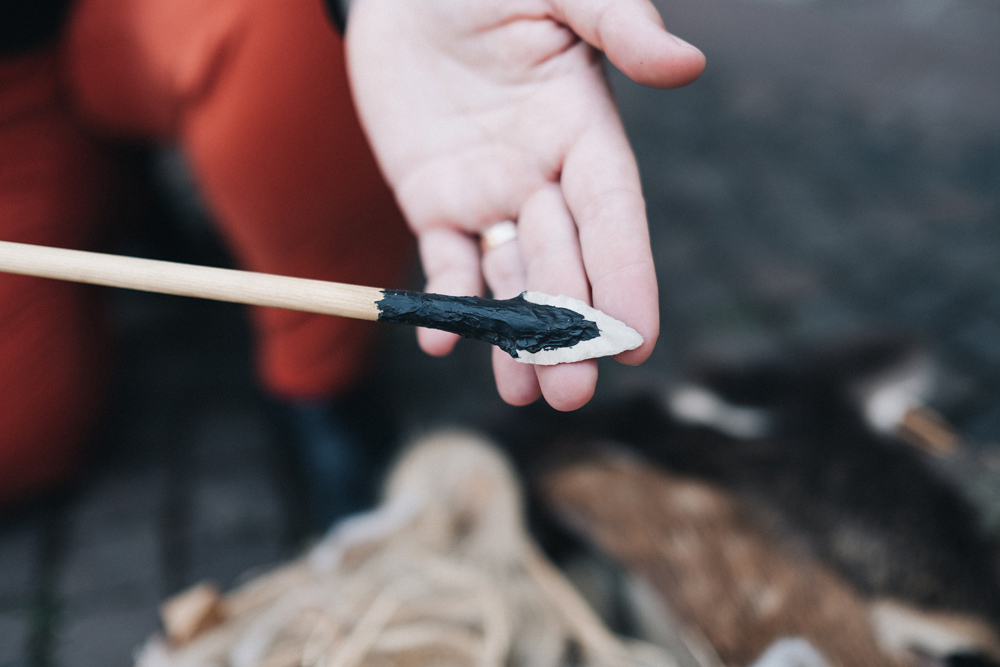 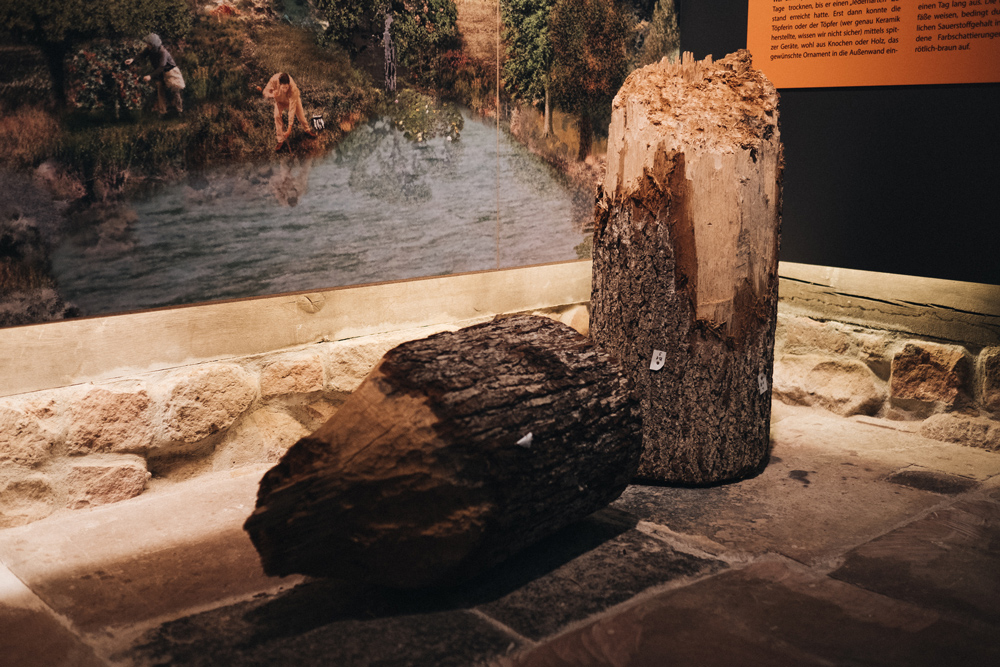 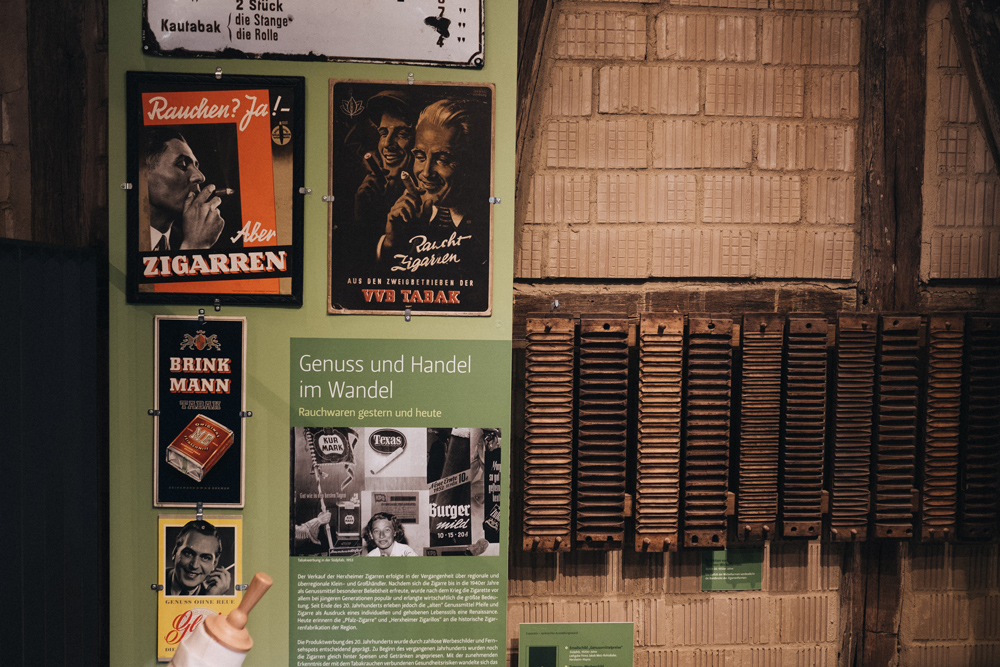 Piles of tiny bone pieces lie in the museum’s showcases, marked with small black numbers and figures. “The bodies were shattered systematically,” Lhilydd says, and you watch with dismay the cutting traces in the bones—traces like a butcher dismembering an animal would leave them. The bones are from an estimated 1,000 men, women and children and there are also animal bones, sherds and stone artefacts. Research suggests that the mysterious, shockingly brutal ritual was enacted several times over a period of 50 years. The shattering cannot have been a usual form of funeral as carefully carried out and rule-bound funeral rites of the same culture show—such as the most famous exhibit in the Herxheim museum. The South Tyroleans have “Ötzi”—the Palatinate people have “Herxi”: This excellently documented crouched burial of a male adult from the Stone Age has an almost magical power of attraction over museum visitors. From the museum ground floor visitors can observe him through a glass floor directly beneath. His fellow men buried “Herxi” in the foetal position; he seems peaceful.

“Visitors, who come to the museum, do so out of deliberate choice. They are very interested and put up with long distances to come here.”

The museum floor that visitors enter first is in fact a peaceful place. Visitors learn that New Stone Age “Herxheim” locals were diligent and settled farmers, living in long houses. They made clothes, arrowheads and jewellery pieces. They decorated their vessels with typical carvings and linear patterns on their ceramics from which the culture’s current name was derived: “Bandkeramik” (linear band pottery).

But 7,000 years ago something unusual happened and the peaceful bands broke—in the proper sense of the word. “Some facts suggest that the linear band people were suffering from a kind of identity crises at the time the mysterious ritual was carried out,” says Lhilydd. You cannot ask anyone about it anymore, however, the decorative ornaments on the pottery changed and the universal linear band pottery culture broke up into local groups—before disappearing altogether.

Archaeologists have discovered that the ancient “Herxheim” locals were not the victims of these rituals. “An examination of the victims’ tooth enamel shows that they did not live on loess soil—that means not here,” Lhilydd explains, “the victims came from granite rock regions—hence from the mountains.”

Were they forced here? Did they sacrifice themselves as offerings to gods? Did the conductors of the ritual eat the human flesh afterwards? And why did this unusually big incident occur here of all places? A mystery that raises many questions and to which there are hardly any definitive answers yet.

A special tourist group is visiting the museum in Herxheim today. “This is no place for average tourists,” Jutta says. Average tourists look for wine and social gatherings—that’s all over the Palatinate. “But the visitors, who come to the museum, do so out of deliberate choice. They are very interested and put up with long distances to come here.” Hardly surprising: National and international response to the finds in Herxheim was remarkable. The German journal “Zeit Wissen” reported about it and so did the German publication “Bild”, The Guardian and the French magazine “Archéologue.”

Jutta tells us with enthusiasm about the positive response to the way Herxheim comes to terms with the New Stone Age. The Herxheim-born skilled business manager has managed the local tourist bureau since 2000 and radiates waves of positive energy. In summer 2018, all 51 tourist bureaus of the Rhine-Neckar Metropolitan Region were tested in a secret evaluation of service to find out “how good the visitors’ services in the region are.” Jutta and her team scored the best results in telephone call and e-mail enquiry services. Smart events they organized, such as “wheeled wine-tasting sessions” or cigars made in the traditional tobacco-growing municipality Herxheim may have also helped. And then, there is this unique museum holding the remains of 1,000 people, which carries the New Stone Age into our present. Macabre as it may be: Herxheim locals are made for sacrificing their lifeblood. 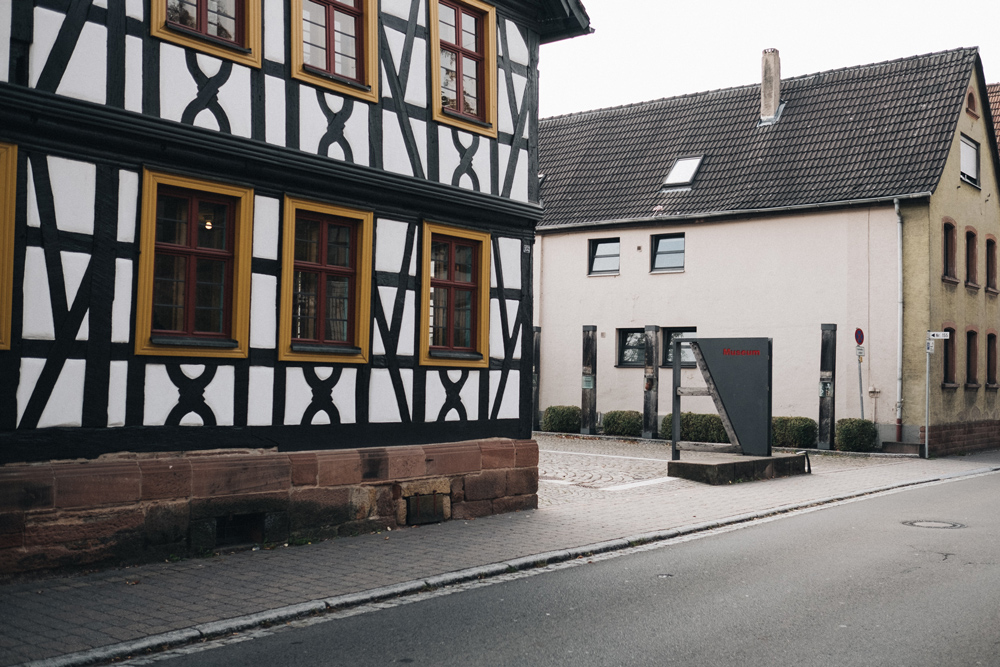 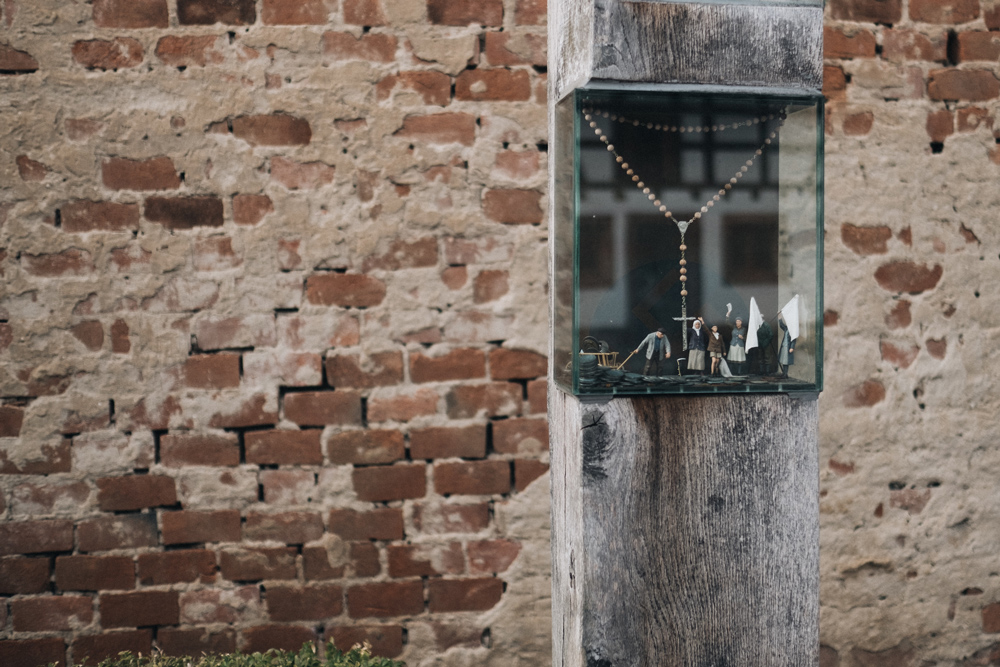 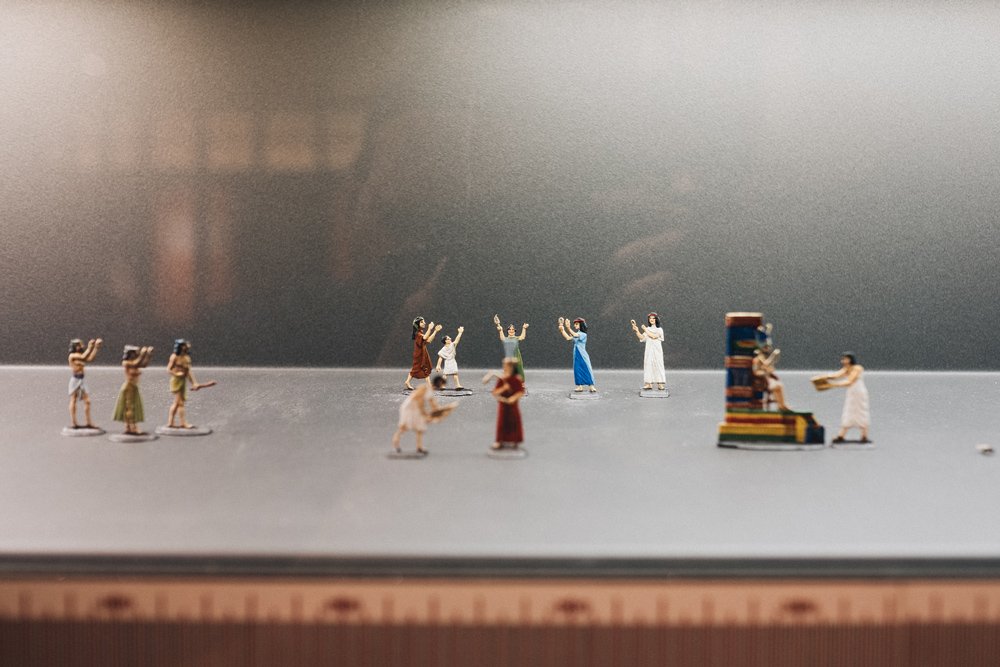 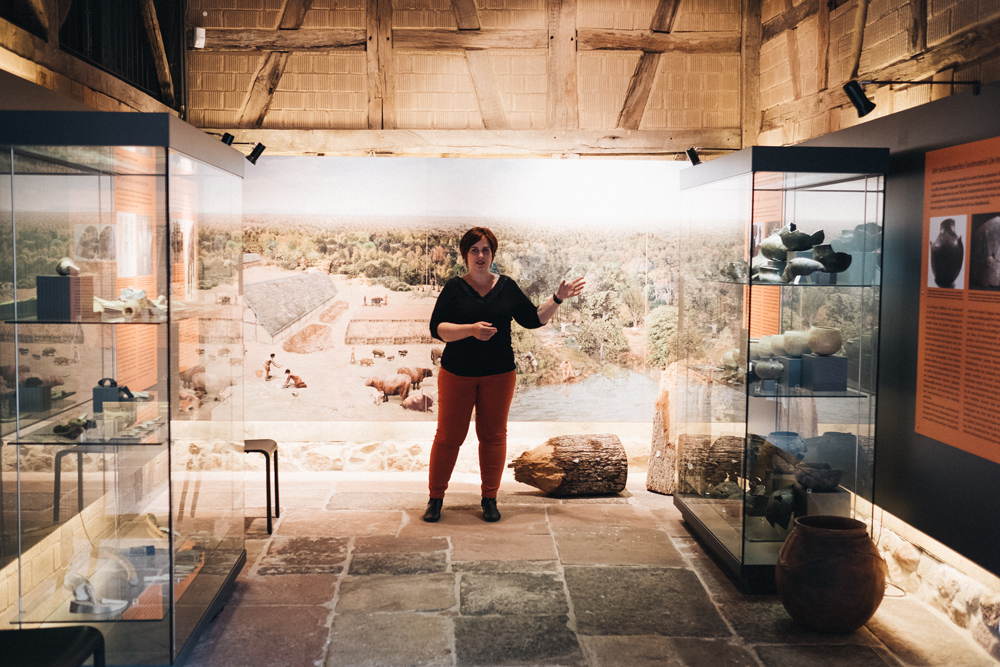 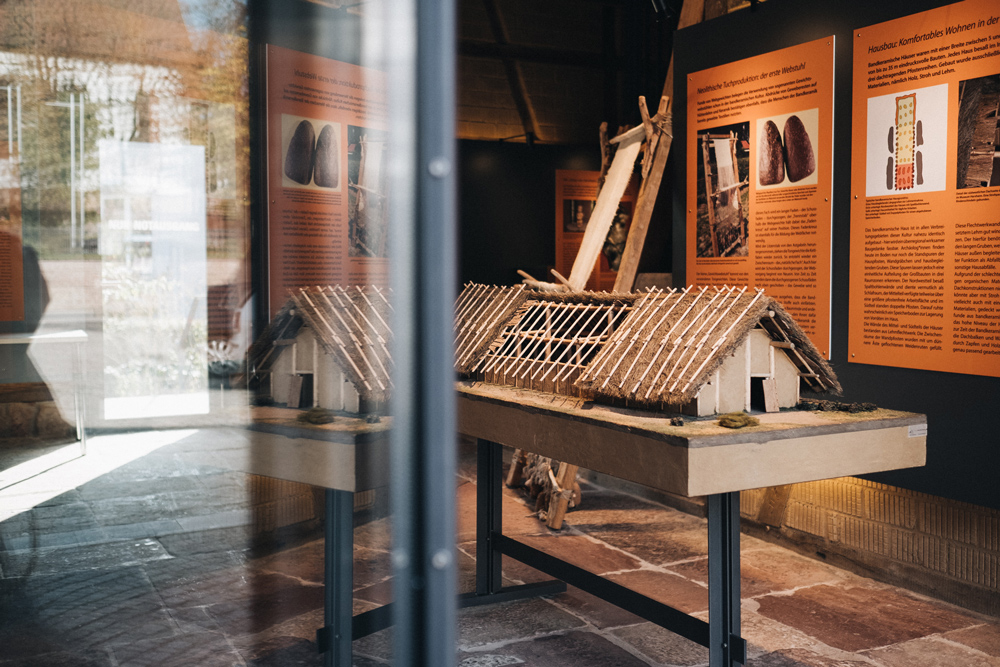 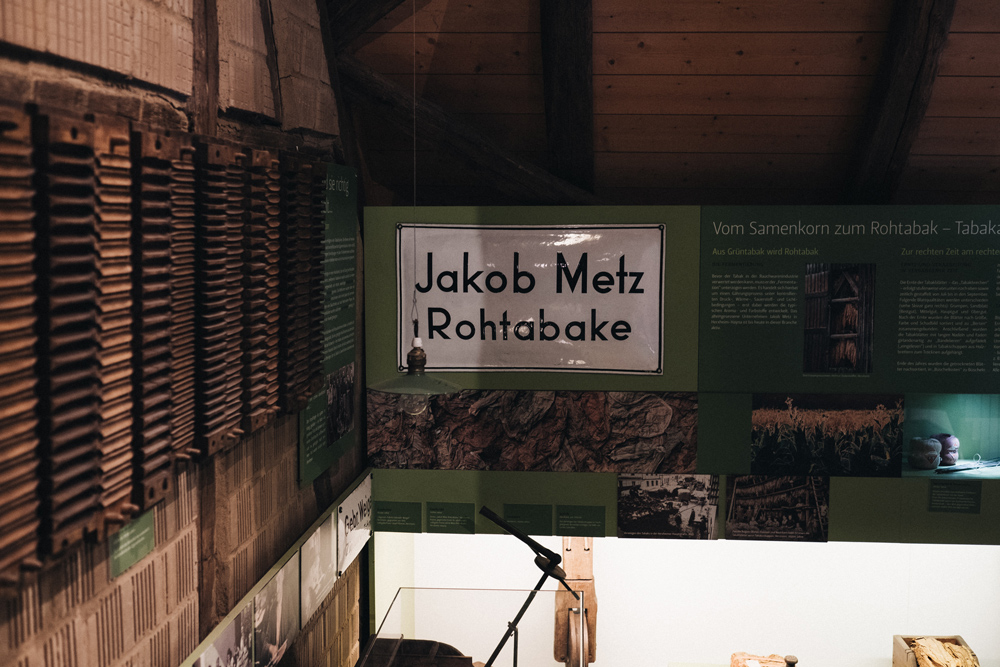 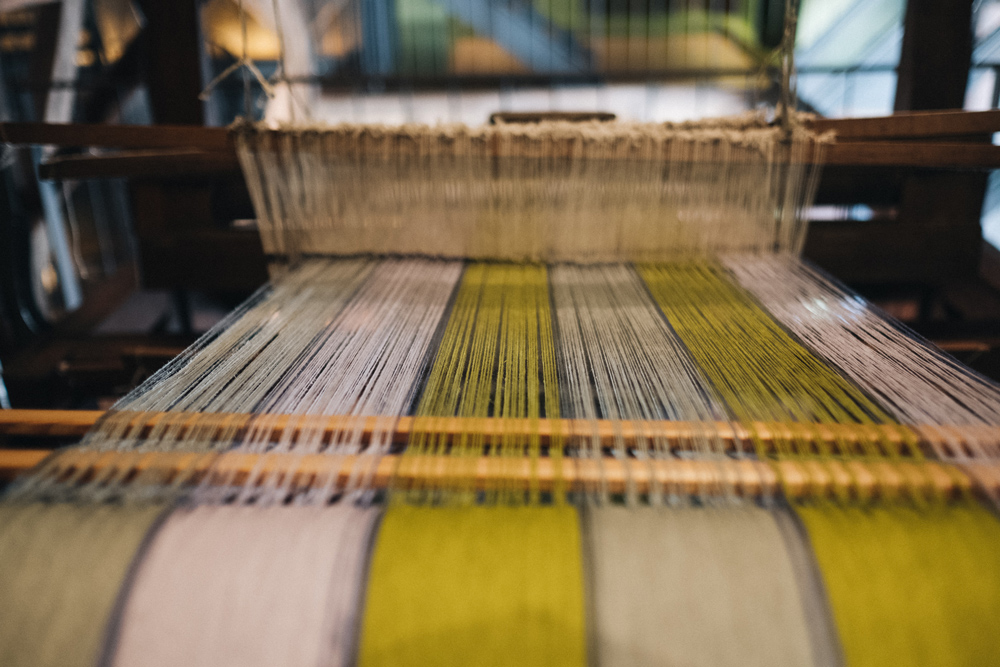 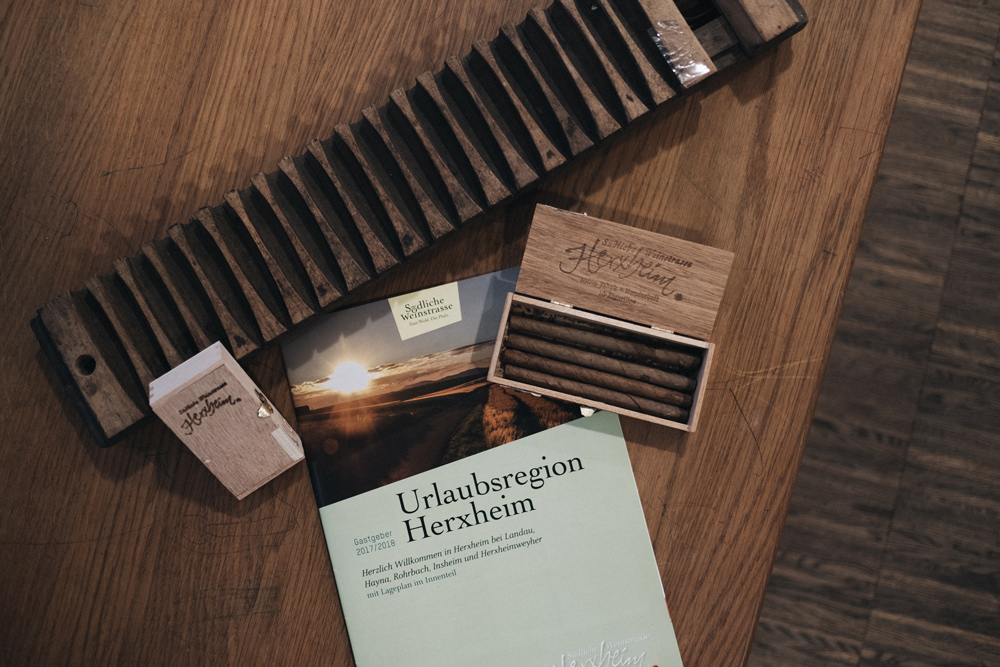