To just hug a tree, try some wood sorrel, or go look for little lions: When swimming in the woods in the Palatinate, nature and wilderness teacher Ina Schmitt finds strength and peace. And she doesn’t need a tub for this.

When Ina Schmitt immerses herself in the Palatinate Forest, she does so deliberately. She then breathes deeply, feeling as if she is visiting “a cathedral”. She takes her time as she makes her way from Forsthaus Lindemannsruhe towards Heidenfels. She strolls. Something the 55-year-old also had to learn at first – just like all the others she takes with her into nature: stressed city dwellers, for example, who want to escape from the hectic everyday life for a while. Groups of singles, looking for a nature-loving partner. Or health-conscious hikers on a fasting cure. Ina Schmitt is a nature and wilderness teacher – and has discovered bathing for herself, or more particularly: forest bathing.

You don’t need a bathtub or a bikini. Instead you need some peace and quiet. This is what hikers find on a hill in the Bad Dürkheim district. And the forest bathing was “invented” far, far away from here. It comes from Japan, where it is called Shinrin Yoku. Ina Schmitt explains: “As early as 1982, the state forestry authority there suggested that excursions into the forest should be seen as part of a good lifestyle. The forest bathing that she practises includes relaxation and sensory exercises. For example, she has course participants walk barefoot, listen to the sounds or consciously breathe in the scents of the forest. The expert knows that scientists compare the time out here with a kind of aromatherapy that counteracts stress and strengthens the immune system.

Stress was something that Ina Schmitt had had enough of when she decided to change her life about 15 years ago. The trained European secretary worked in sales and marketing. She was around 40, always on duty, always available. And at some point she was completely burnt out. “Is this really everything?” she asked herself. Her answer was “a clear no”. A break led her into nature again and again – in search of more answers. How should it all continue? The trees, she says, showed her the way. They told me: “Bring the people to the forest.” Ina Schmitt attended an advanced training course at the Teutoburger Wald Nature and Wilderness School and was also trained as a fasting hiking instructor. 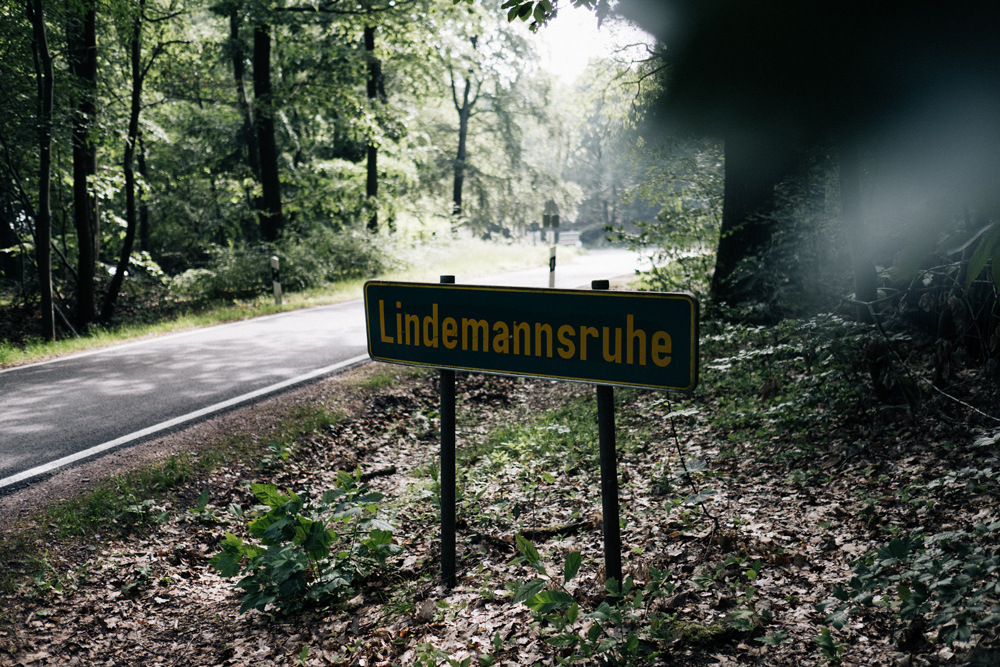 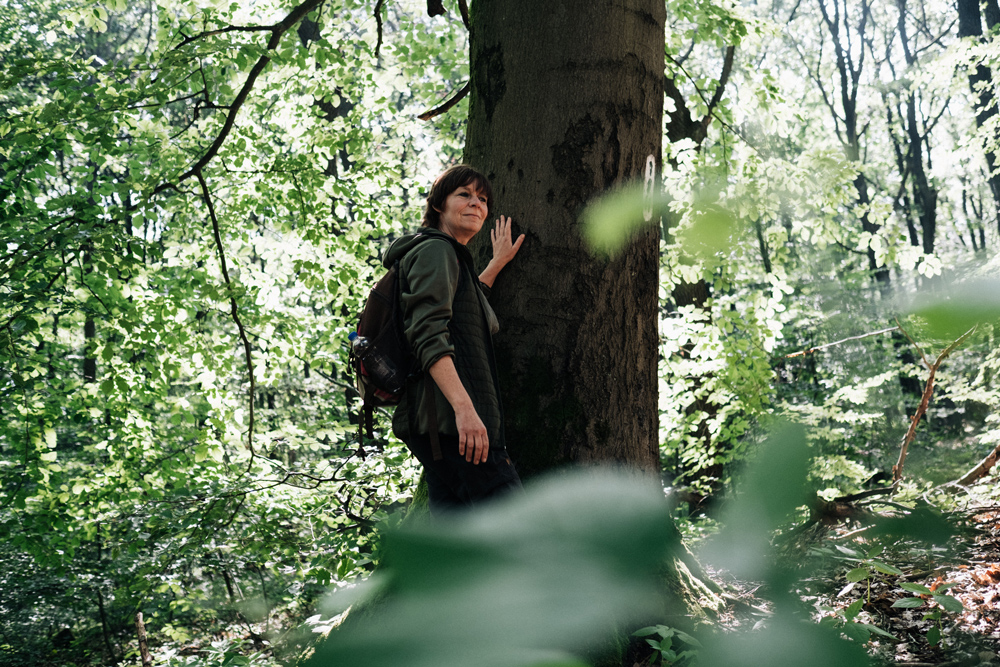 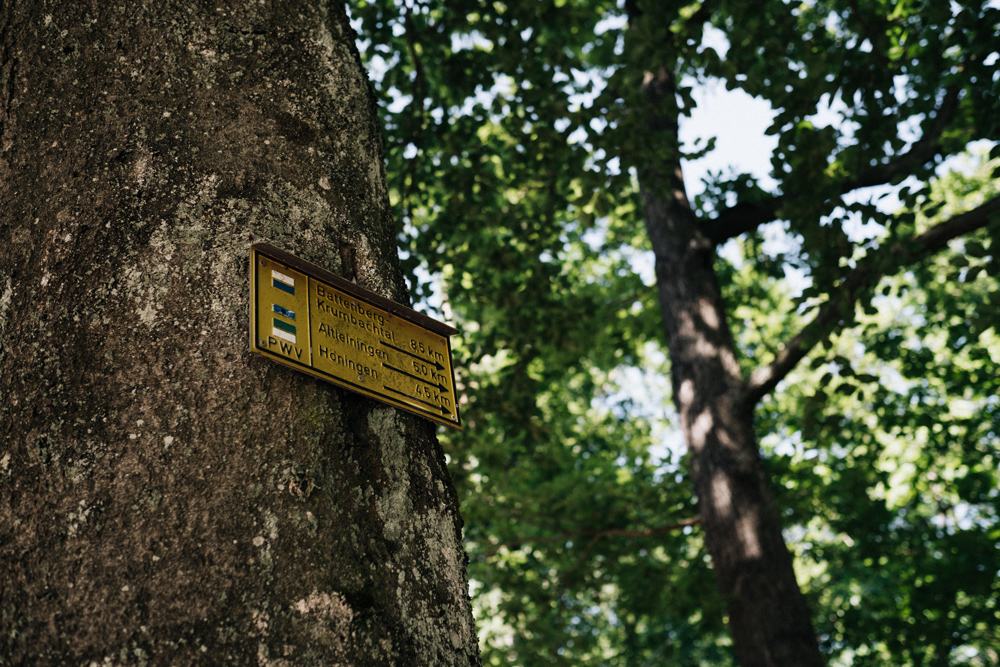 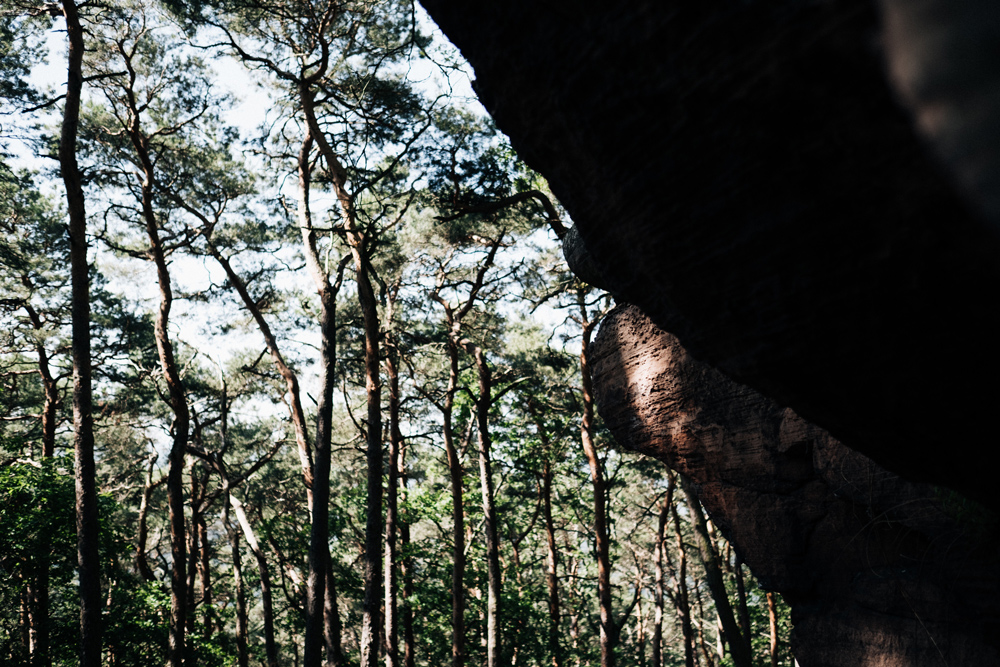 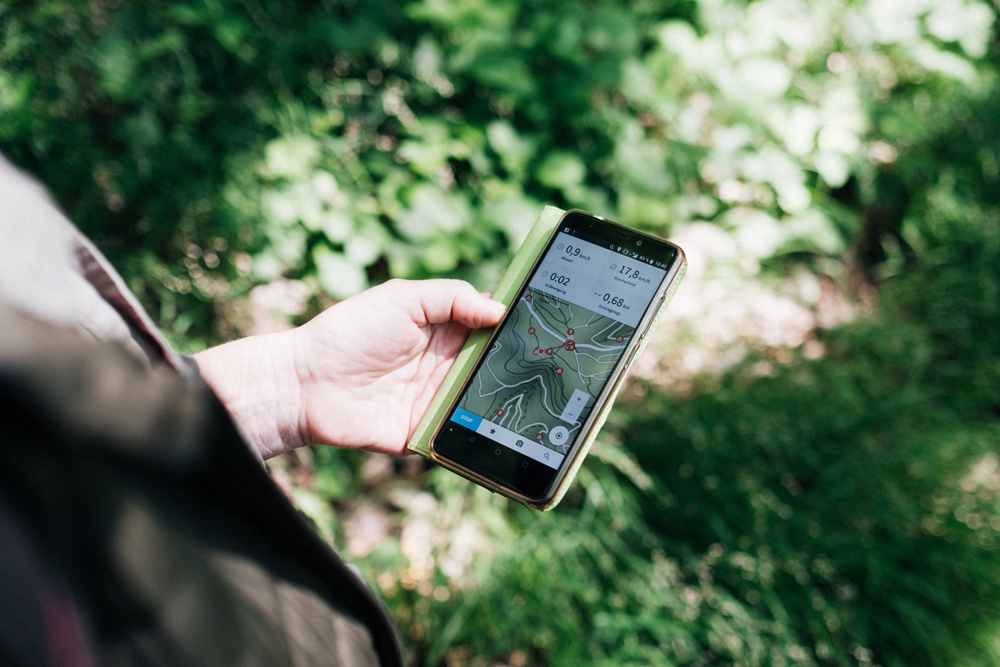 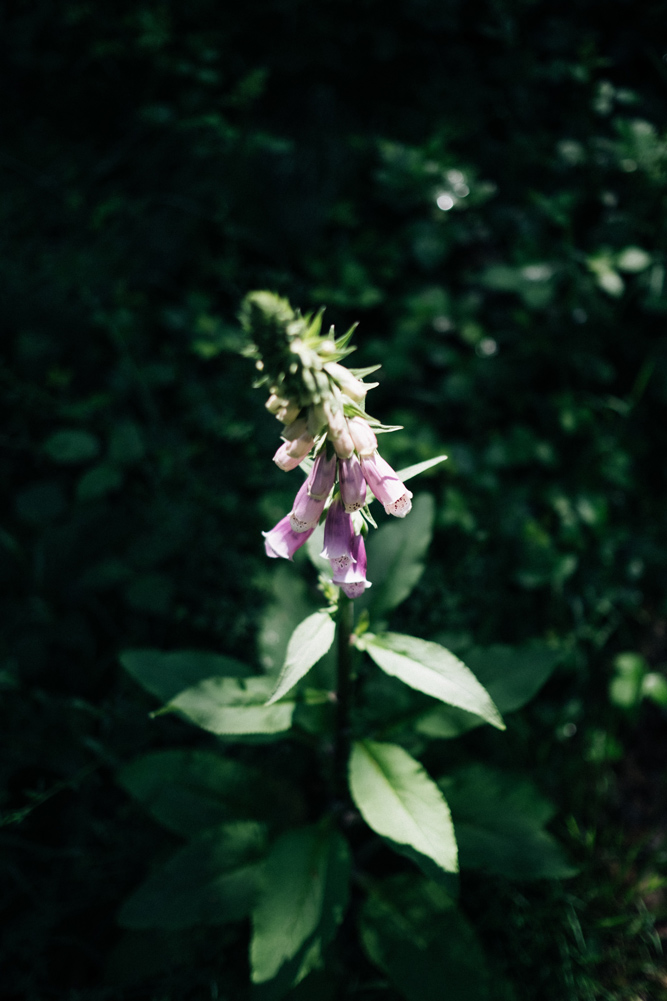 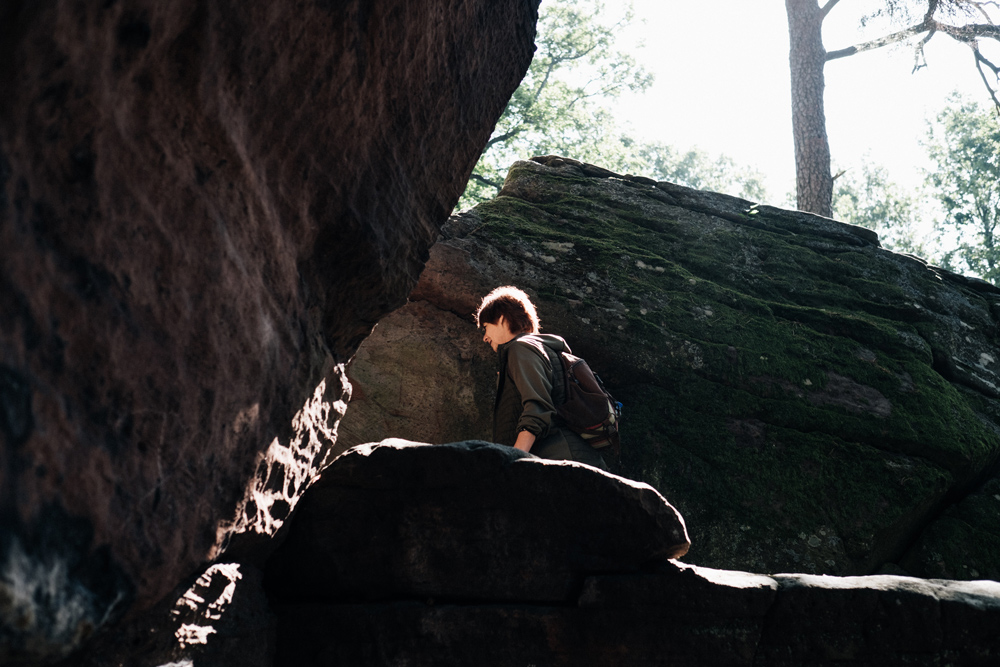 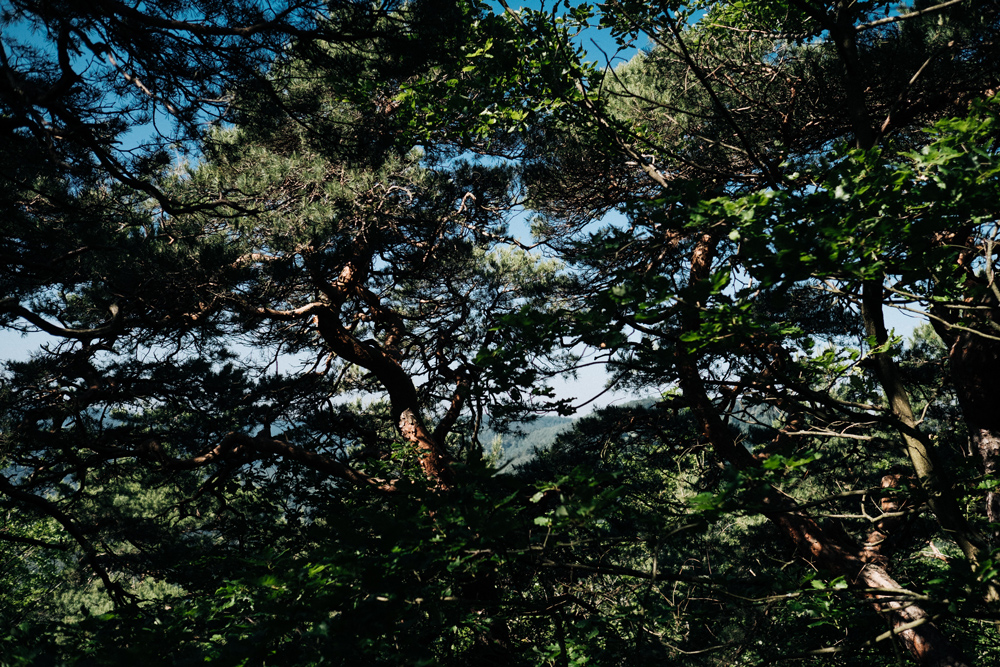 Here in the Palatinate Forest, Ina Schmitt knows the trees, their characteristics and characteristics: The spruce trees, which are not doing very well due to the heat of the summer in 2018. The more resistant beech and pine trees, which enjoy the heat. She shows us the chestnut, the “typical fore Palatinate tree” with its long, serrated leaves. “Chestnuts were brought here by the Romans,” explains Ina Schmitt. “Just like the vines.” She listens to the sound of the wind in the treetops. And she constantly discovers new details: Wood Sorrel, whose light green leaves gleam on the dark moss of a tree stump – and are edible. Hundreds of small spiders, probably just hatched, which “as if on a motorway” set off over a silken thread in a column into the adventure of forest life. Purple flowering foxglove, whose blossoms, on closer inspection, immerse you in a wondrous world. “Be on your guard with your finger,” she explains, because this plant is extremely poisonous, and adds: “The more you open your senses, the more enthusiasm and joy the forest gives you. Gradually you develop a feeling of gratitude. Gratitude that we are allowed to live on this earth. And that in turn leads to satisfaction and happiness.”

Those who “bathe” in the forest also learn to see things they would not have noticed before.

Ina Schmitt observes not only nature very closely, but also the increasing environmental pollution and social change. And she deals with the opportunities and risks of digitisation. Although she criticizes a lot of them, she doesn’t want to put the brakes on everything: she uses a hiking map app or social media herself to network with other people or to advertise her tours and her book on the “healing power of the forest”. “But it’s important to recharge your batteries from time to time here in nature,” she says. Many people can no longer keep pace in this fast, artificial world. They find relaxation in the Palatinate Forest. And for a longer time: She points to the currently 15 trekking places in the nature park, where young and old adventurers can even dive into the forest for a whole night. “The forest is a place that brings me back in contact with myself,” says Ina Schmitt. Many are afraid of such things: of silence, of suddenly having to deal with oneself.

Ina Schmitt can also joke about her deep attachment to the forest: She likes to fulfil the cliché, she says – and gently caresses the rough bark of a mighty tree. The tree is naturally embraceable. She regards it as a symbol: well rooted, standing upright, not easy to knock over. In this way we ourselves can get the energy to stand up again. And new courage, such as the sight of a less vigorous tree that, despite adverse conditions on rocky ground, laboriously stretches towards the sun. “He sends out a message,” says the wilderness teacher. “Try hard, you can do it.”

Here, at the natural monument Heidenfels, enormous dark red sandstone rocks characterize the scenery. Ina Schmitt loves the different structures that have been created in the stone over thousands of years. Just like the effects of light, which cast the sun’s rays through the canopy of leaves and branches onto the forest floor. More than 200 million years ago, the Palatinate was slightly above the equator, explains the forest expert. A hot desert climate provided the fine sand from which the rocks were formed. Above the rock, which also attracts boulderers, lies a clearing with a bench to rest on. Ina Schmitt says of the name “Heidenfels”: “The Celts were also settled in the Palatinate in the centuries before Christ”.

From the past back to the here and now: Hikers can let their gaze wander over the densely wooded mountains of the Palatinate Forest. A perfect place for the wilderness teacher to recharge her batteries.

Those who “bathe” in the forest also learn to see things they would not have noticed before. “Even lions live here”, Ina Schmitt smiles and teases with a wooden stick into the small inlets which are in the sand underneath a rock. Thus she imitates ants, on whose hunt the “lion” goes with the help of so-called funnels. This time, however, it is already full or too sluggish and cannot be seen. It cannot become dangerous for the hikers anyway: The Pfälzer Ant Lion is a small, harmless larva of the Ant Maid. 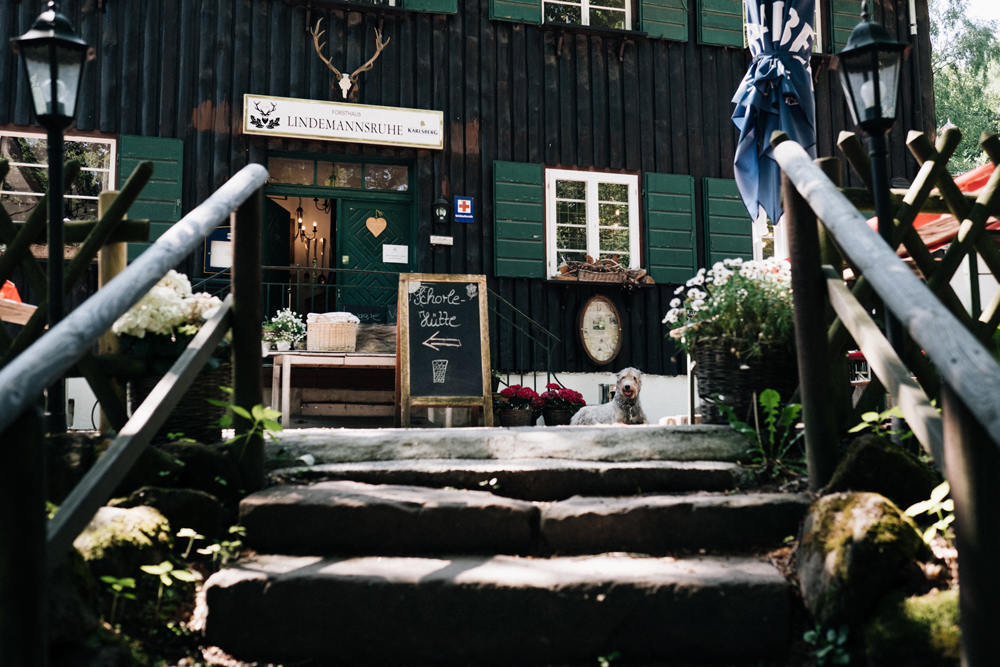 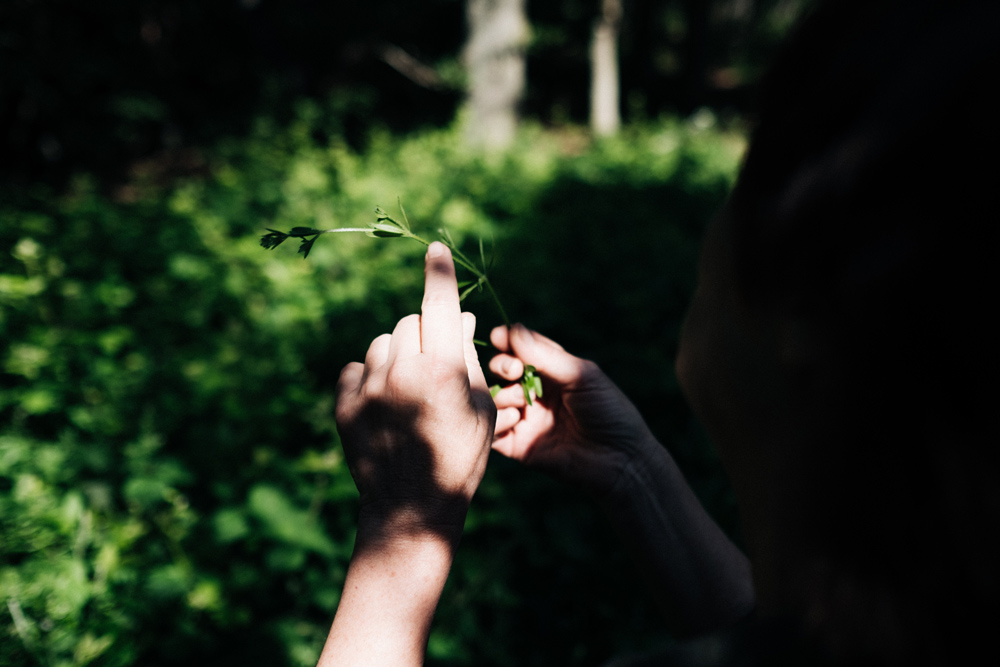 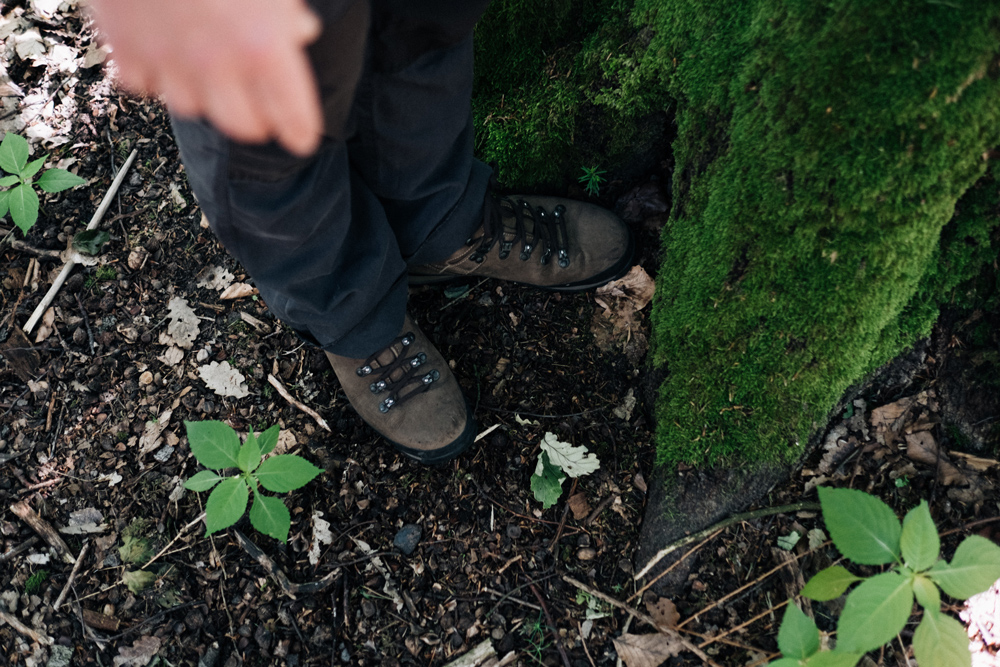 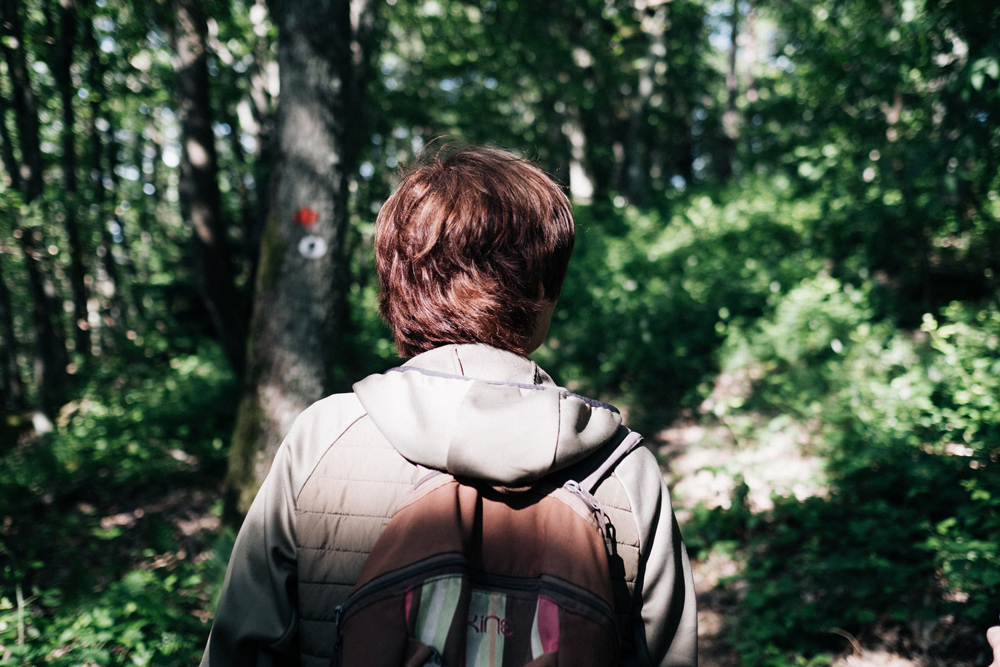 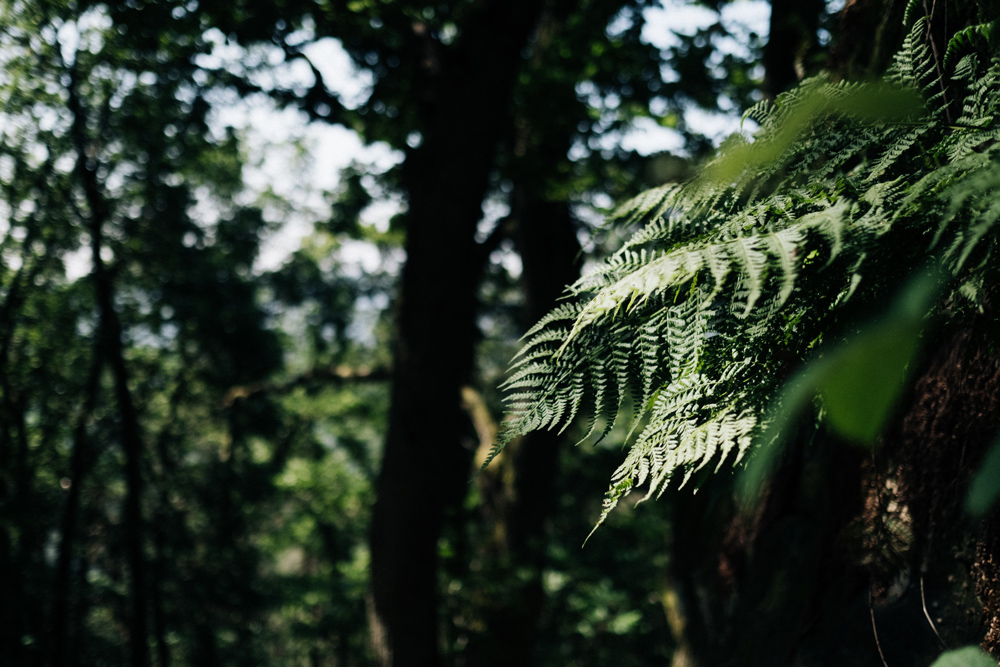 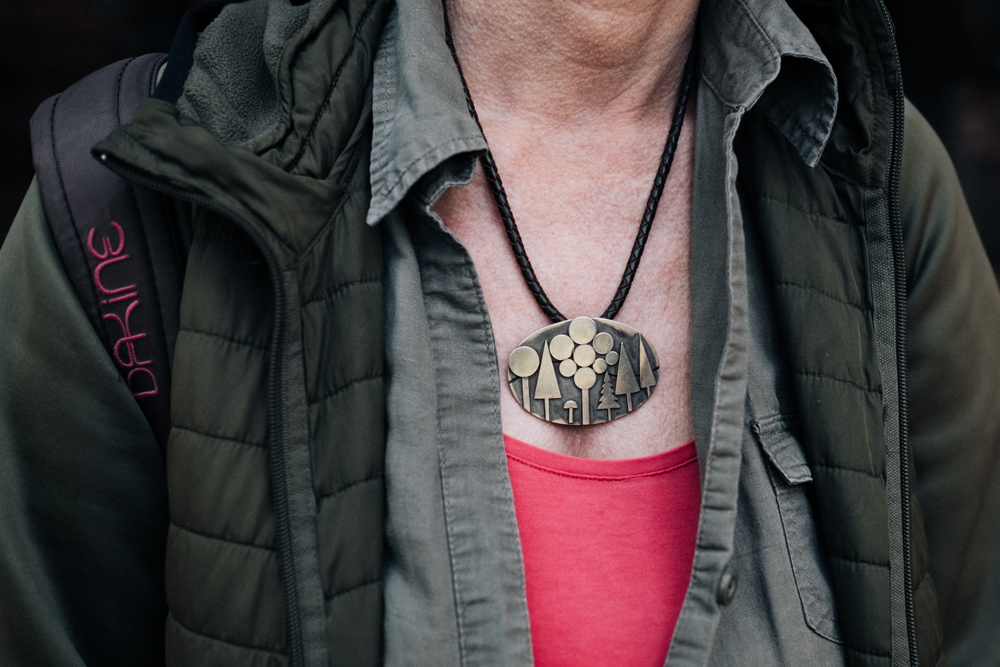 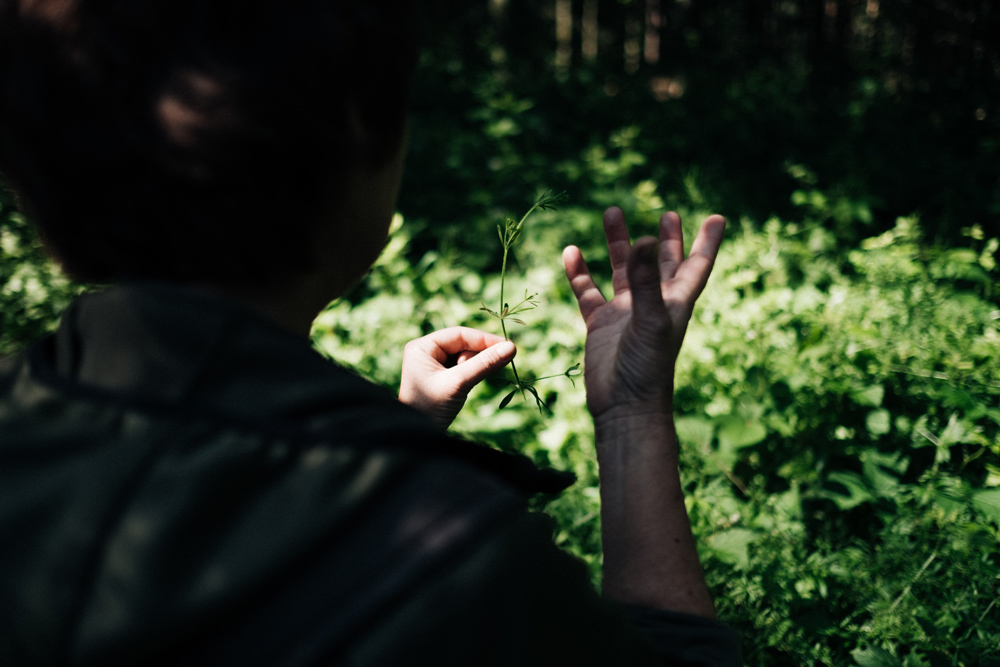 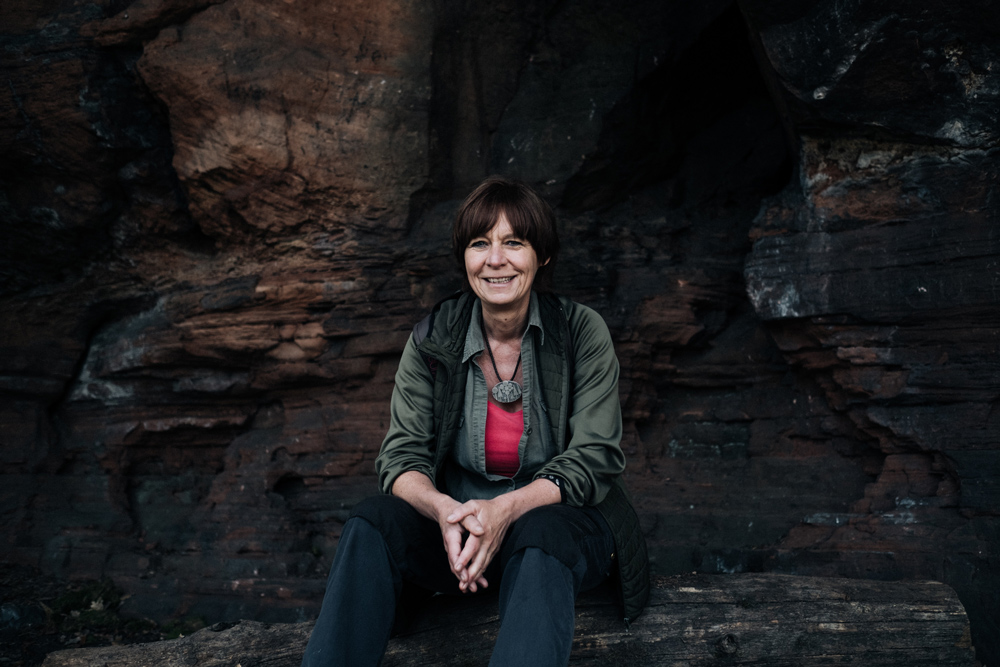