Dietmar Schuth wrote his doctorate as well as an encyclopaedia about the colour blue and lives out a dream with a private museum in Schwetzingen, which is dedicated entirely to most people’s favourite colour and fitted out with much handiwork and sense of humour.

Many German sayings contain the colour ‘blue’: to be blue (to be drunk as a lord), to make blue (to take a day off), to promise the blue of the sky (to promise heaven and earth), to drive into the blue, to experience a blue miracle (a nasty surprise) or blue hours, to watch with admiration the Blue Rider or blue flower. Why? Why are we so fascinated by this colour, which most people in the world have as their favourite colour? Let alone the fact that there hadn’t been a term to name it for along time in many languages, or that it used to be so expensive that artists usually had to beg their clients for a ‘blue budget’?

Dietmar Schuth knows the answers. He researched and wrote his doctorate about them, wrote them down on 500 pages in an encyclopaedia and finally established them in an old half-timbered Biedermeier house in the town of Schwetzingen, with azure-blue window shutters and an ultramarine-coloured wooden gate. As this gate slam shuts, visitors dive into an ocean of blue. Walls, doors, the reception desk, hortensias in the court, the steps on the upper floor, even the hose, the watering can and the bucket—everything is blue. But the eye can’t get enough of it. Dietmar tracks the visitors’ eyes, smiles and admits: “Surely I wouldn’t have done this in red.”

The story began in 1990 with the exhibition “Blue—the colour of faraway” in the Heidelberg art club. Dietmar had just completed his Master’s in art history and started working with director Hans Gercke. The exhibition attracted over 120,000 visitors—an “incredible amount,” Dietmar recalls the scene. Like them, he was fascinated by the matter. Not so much by the colour itself, which he merely finds “appealing,” but really by the stories behind the colour, its production and its use. “I wanted to systemize it, realizing that nobody had done that yet.” Maybe because scientists would have to leave their field of knowledge very quickly, suspects the art historian. Which is exactly what attracted him to the task. Henceforth he busied himself in psychology and biology, in optics and linguistics, in chemical and physiological processes. Blue turned him into an expert in many fields as well as into a craftsman, explorer and product developer—for the bath water colour called “Tinti” for example, with which children can produce colourful bubble mountains in their tubs at home. 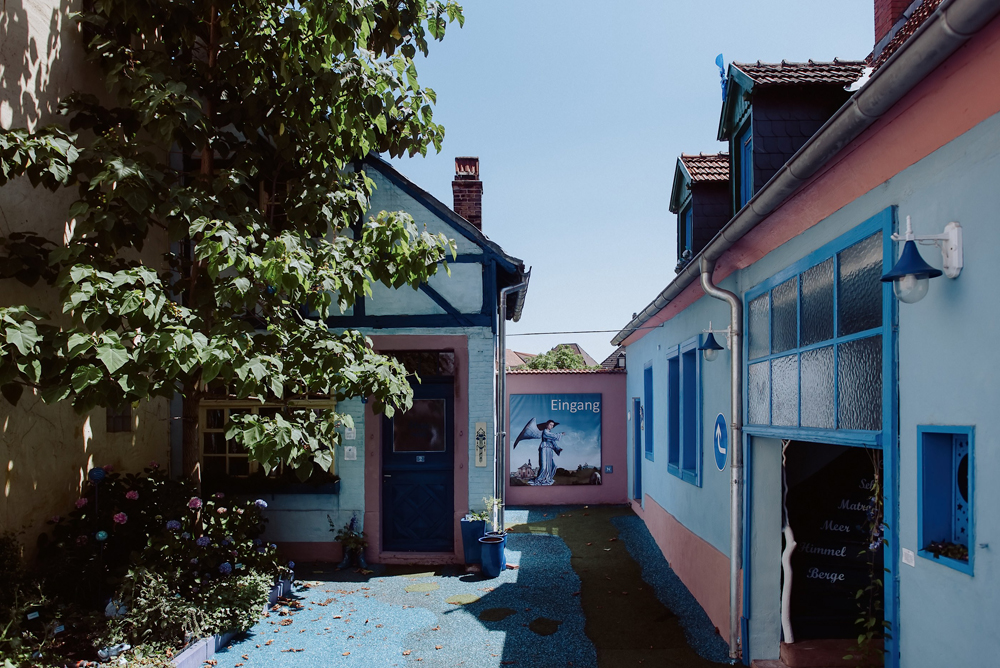 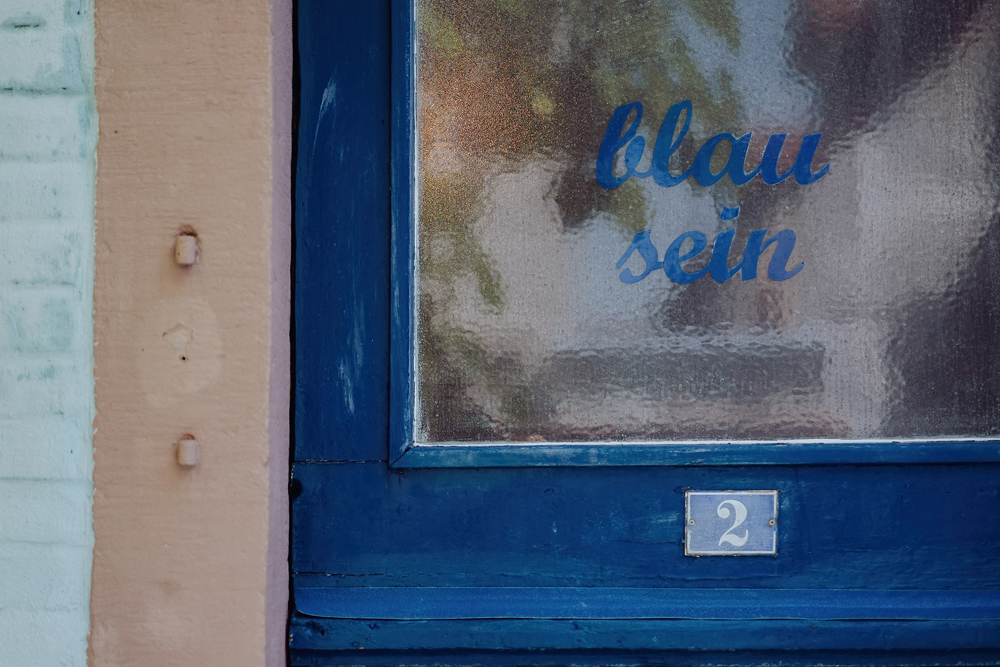 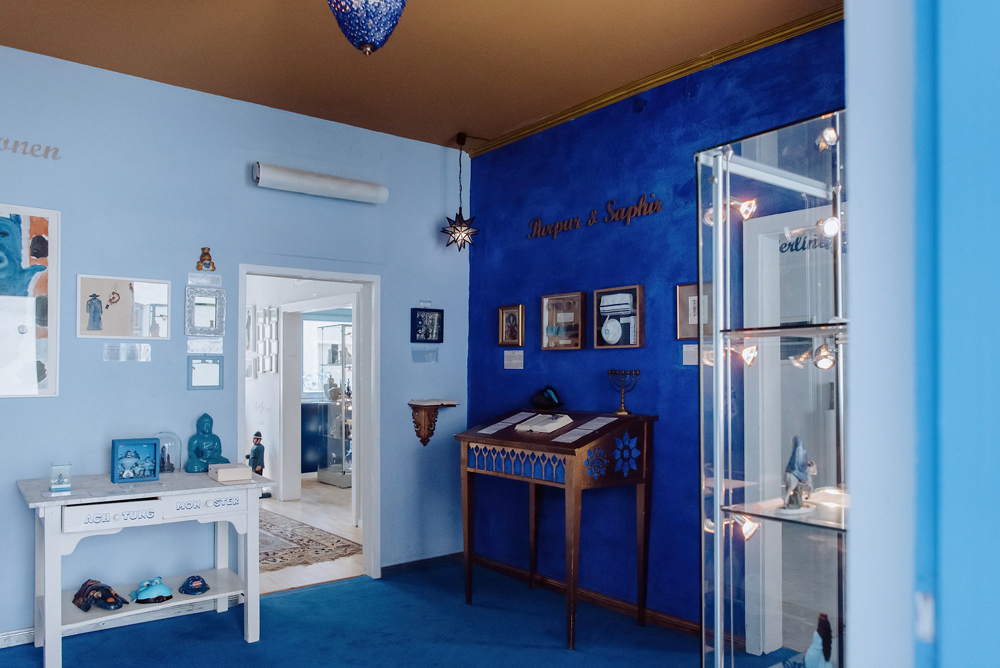 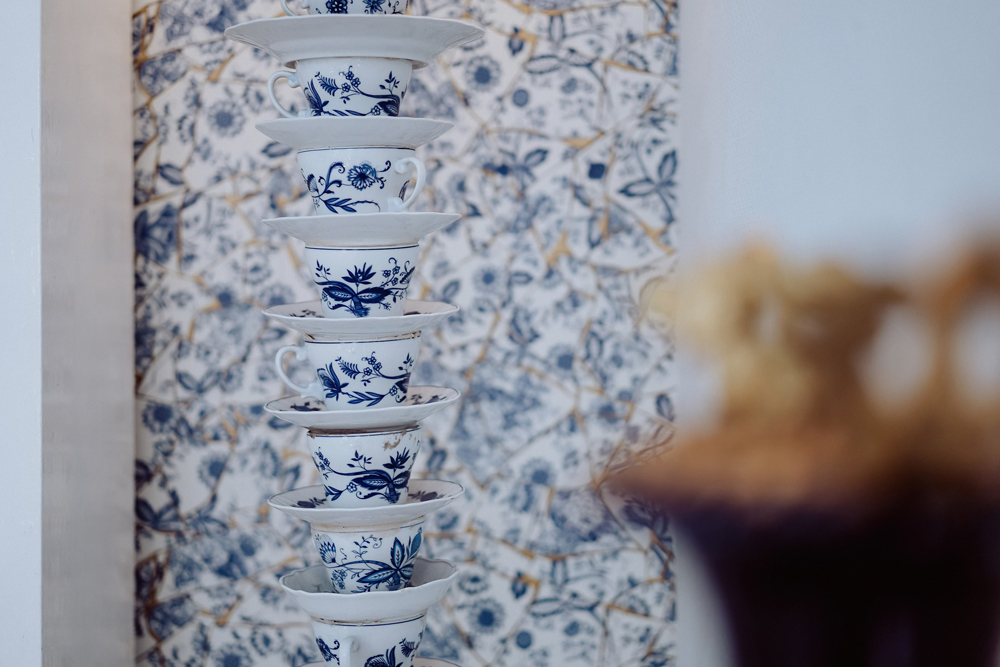 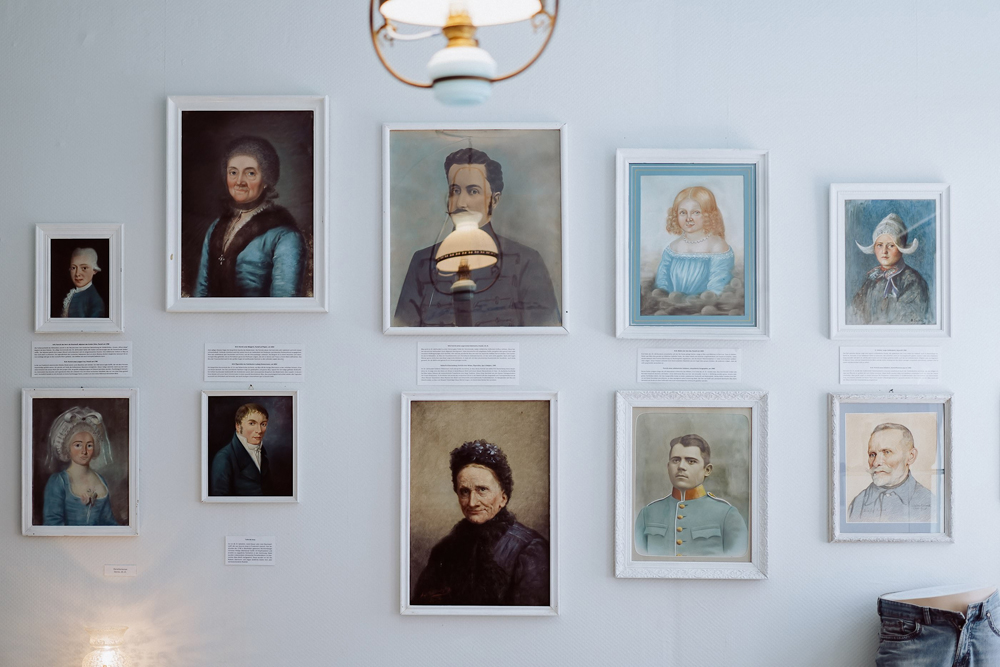 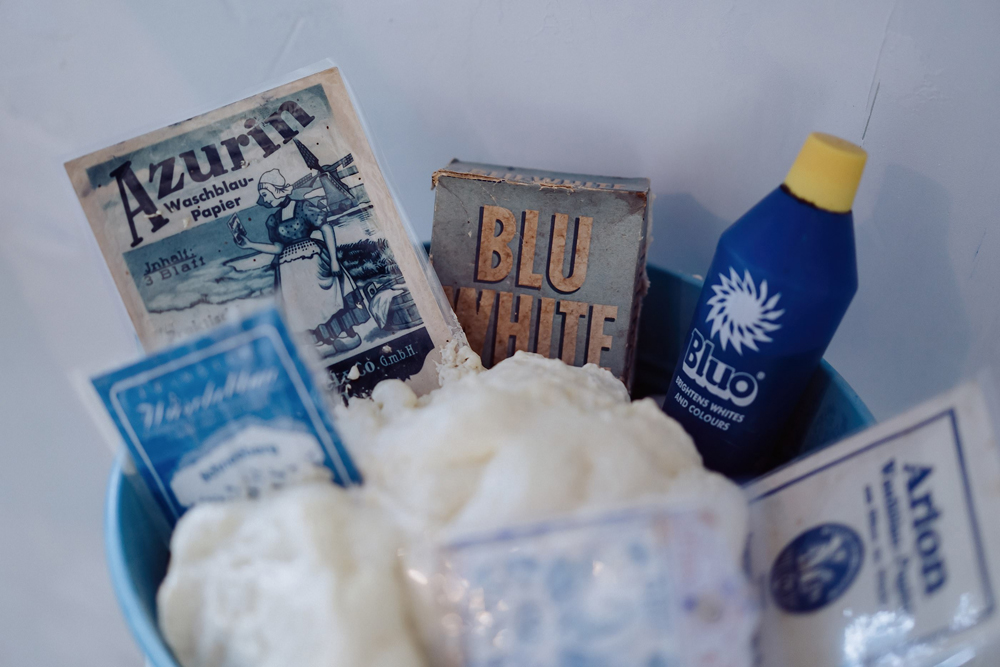 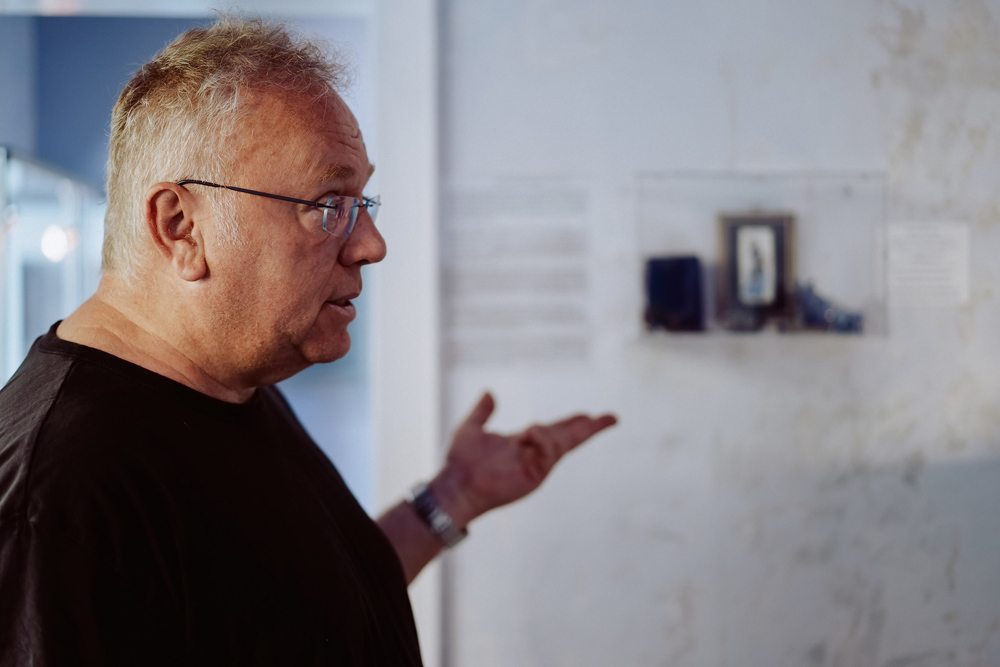 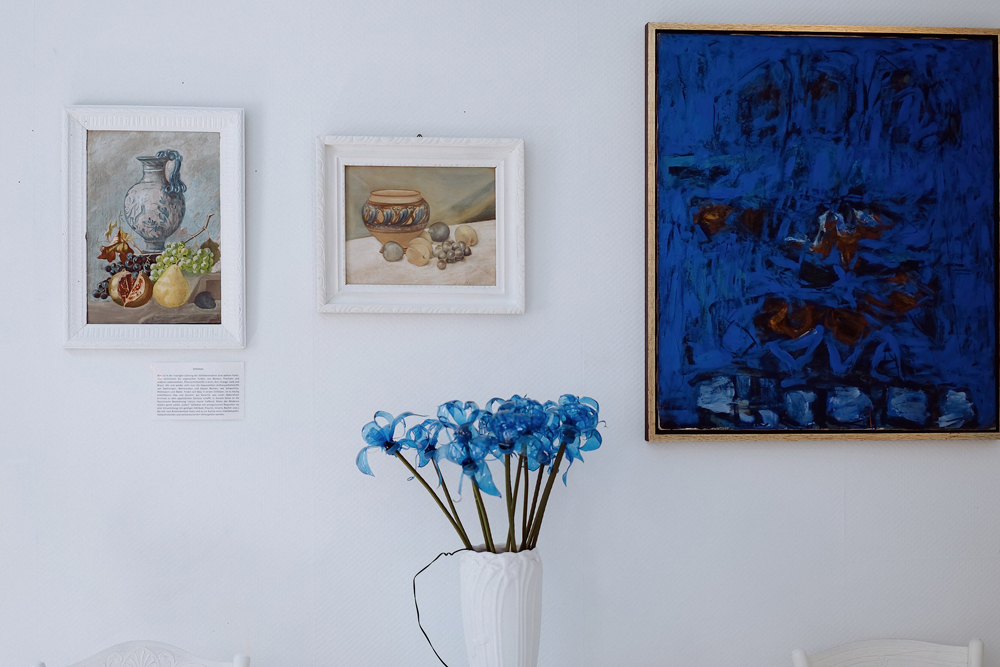 “The retina of the human eye is mainly oriented towards the colours red and yellow. These colours catch our attention. Children perceive them early. Blue, in comparison, requires less energy and is therefore considered a more defensive colour that doesn’t impose itself, but seems cool and faraway, almost unreal.” Goethe put it this way: “a charming nothing.” For this reason, many cultures didn’t have a word to describe the intangible colour of the sky and the sea for a long time. Native people of Melanesia and Papua New Guinea found it more important to distinguish between rough and smooth sea than to determine the colour. “They adopted the European word only during colonial times and turned it into ‘balu’ or ‘bulubulu’,” Dietmar explains.

The 58-year-old still gets enthusiastic about these stories. He starts to tell them and as he does, he becomes more approachable, less laconic. Dietmar has always wanted to share these stories and worked over ten years on his comprehensive encyclopaedia about the colour blue. During his work he faced a problem: pictures were required—pictures of blue things. So, he started to collect them, rummage for them on the Internet or in flea markets and was given blue things by friends. He soon faced another problem: there were too many blue things around—they amounted to about 3,000 after a few years. Having no more space at home, he dreamt of his own museum. “But I thought you’d have to be rich to have one.” In 2009, Dietmar founded the Verein Blau e.V. club and presented his dream to the local Schwetzingen council, who approved of the idea. In 2014, authorities gave the club for its purpose a house, located opposite of the town hall. It was, however, not in a very good state.

Dietmar set to work, somewhat reluctantly in the beginning. “I had always considered myself a person who just sits at the desk.” But soon he “terribly enjoyed” tearing down walls and wallpapering and painting them. He made the bannister on the first floor from branches from the hazel tree that grew in the court at that time. And he looked for reasonable lamps for the rooms but couldn’t find any, so he made some—of blue plastic water bottles.

It took three years until 15 rooms on two floors were aglow with blue shine. “People thought it would never happen—but I am stubborn.” In 2017, Dietmar guided the first visitors through his museum, in which rooms on the ground floor are dedicated to the four most important pigments. The first one to the biblical purple, obtained from the Purple Snail. The “incredibly expensive” colour is used to cover religious figures, especially the Mother of God, Mary. The second room is dedicated to the fabric indigo, obtained from the leaves of the dyer’s woad or from the true indigo plant. This blue used to be especially shiny when the added urine contained a certain amount of alcohol—dyers used to sleep off their drink during the fermentation process. This is where the German term ‘blau machen’ (literally: to make blue), which means ‘to skive off’, is said to be derived from. The third room is dedicated to the mineral cobalt, obtained from cobalt ore. This extremely heat-stable pigment decorates teapots, to whom museum visitors must allocate the correct lids. The fourth room is dedicated to the picturesque ultramarine, obtained from Afghan lapis lazuli. Artist Yves Klein was so fascinated by an especially bright shining, almost ‘loud’, shade of ultramarine that he took years to work exclusively on capturing its luminosity on canvas.

International Klein Blue is the name of the shade that artist Yves Klein had patented. You can see its original in the museum.

The rooms on the upper floor are made to experience the natural history of the colour. Dietmar has established an ice chamber and a spooky cave, constructed a swinging cloud in the sky room and exhibits engravings of blue animals and plants. And he goes on to tell stories up here—such as the one of the satin bowerbird, which builds its bower decorating it with all sorts of blue things to attract females. And the little museum has a special programme for children, designed by the museum educator Elisabeth Voigtländer. It provides guided tours, handicrafting and birthday party events. Dietmar shares another story with us: A family walked by the museum some time ago. The boy wanted to enter and explore it, but his parents didn’t have time and didn’t feel like it. But “the boy didn’t give up, he madly wanted it.” Dietmar smiles calmly. The whole family finally dove into the blue.

And this is exactly what you can do here: relax, focussing entirely on just one thing in this noisy, overly stimulating colourful and chaotic world—on blue in all its facets. 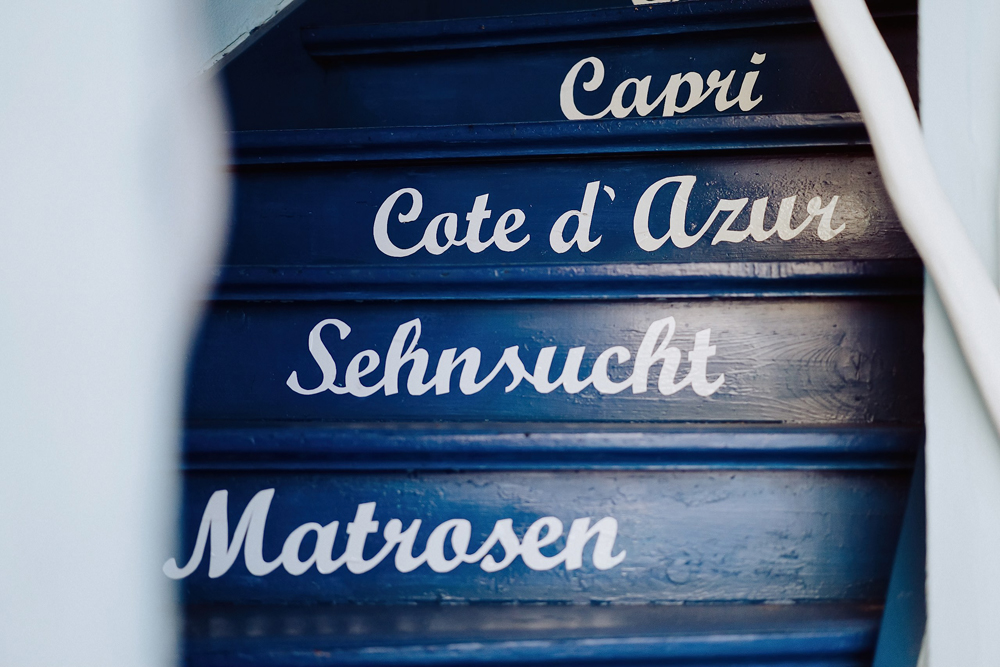 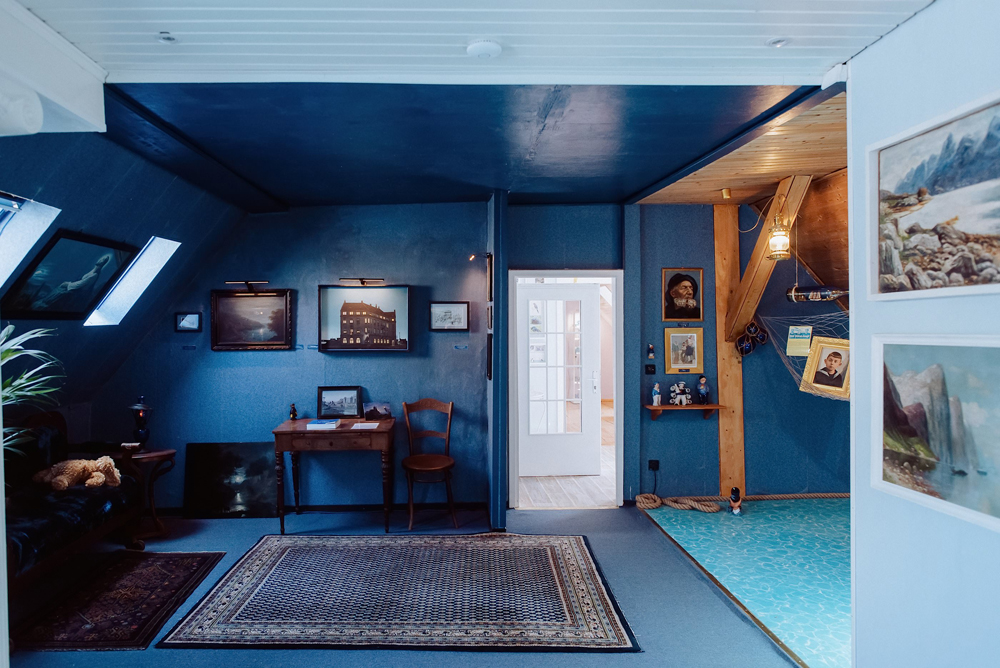 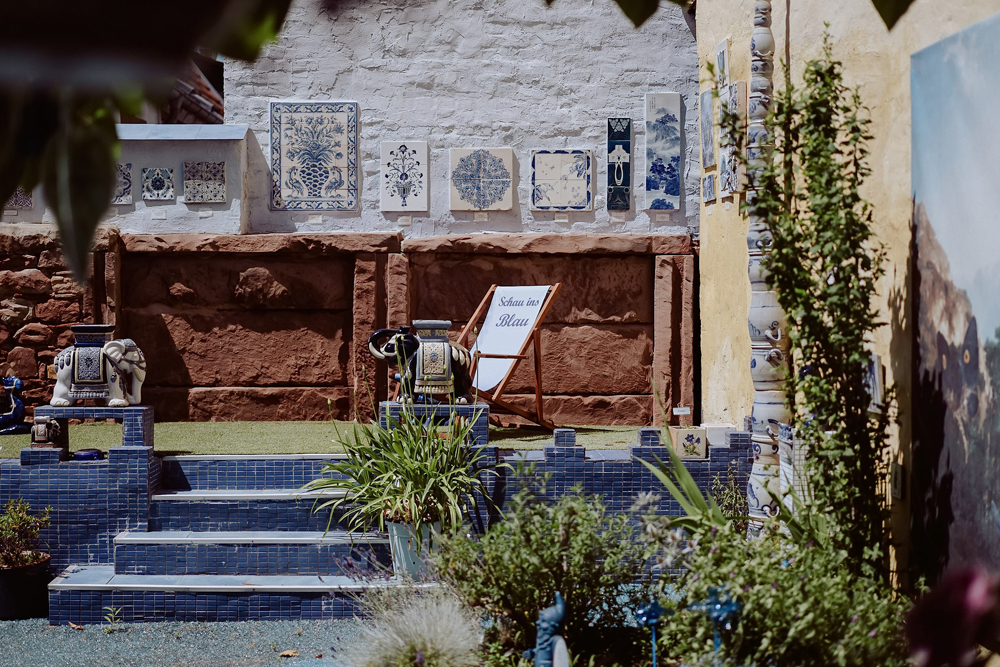 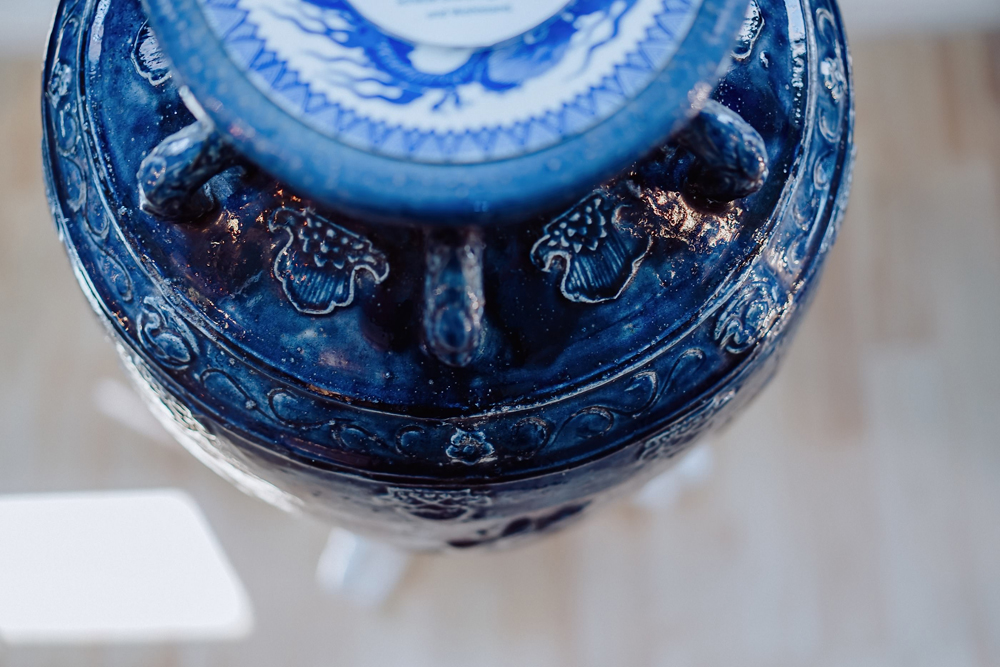 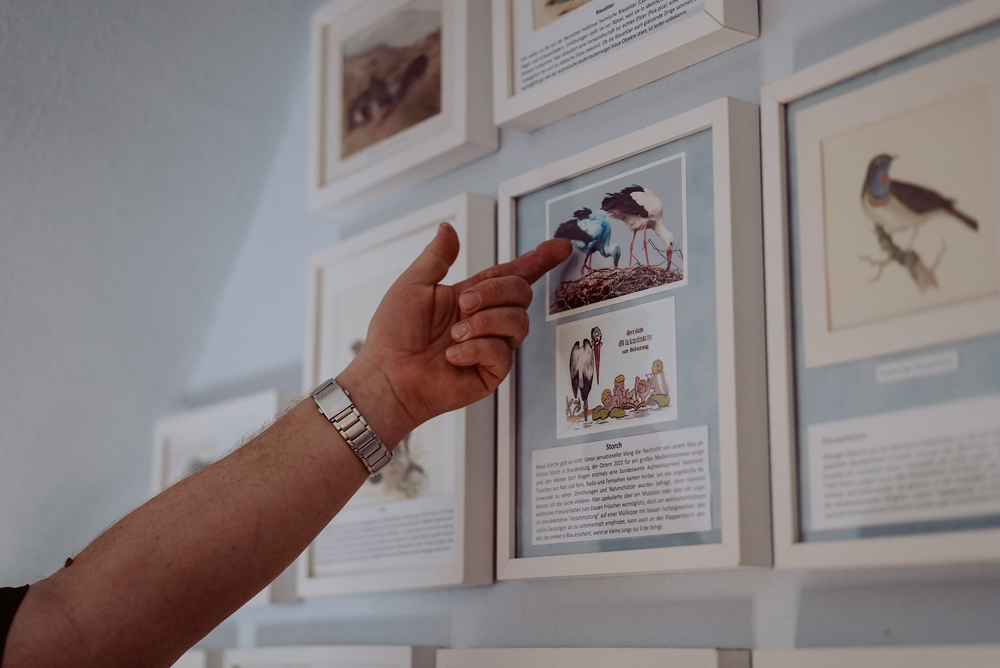 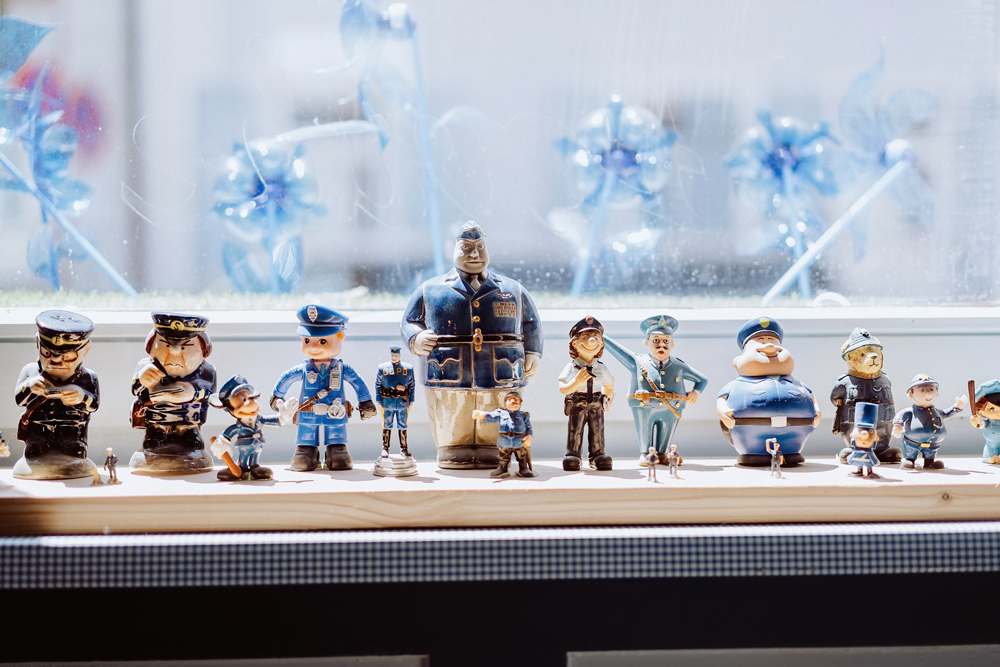 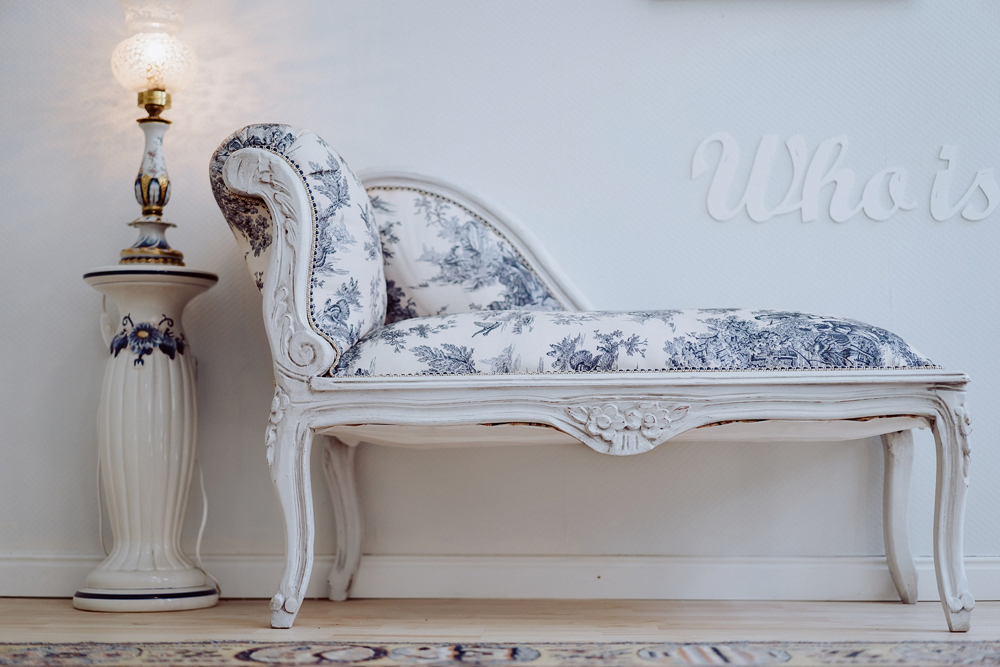 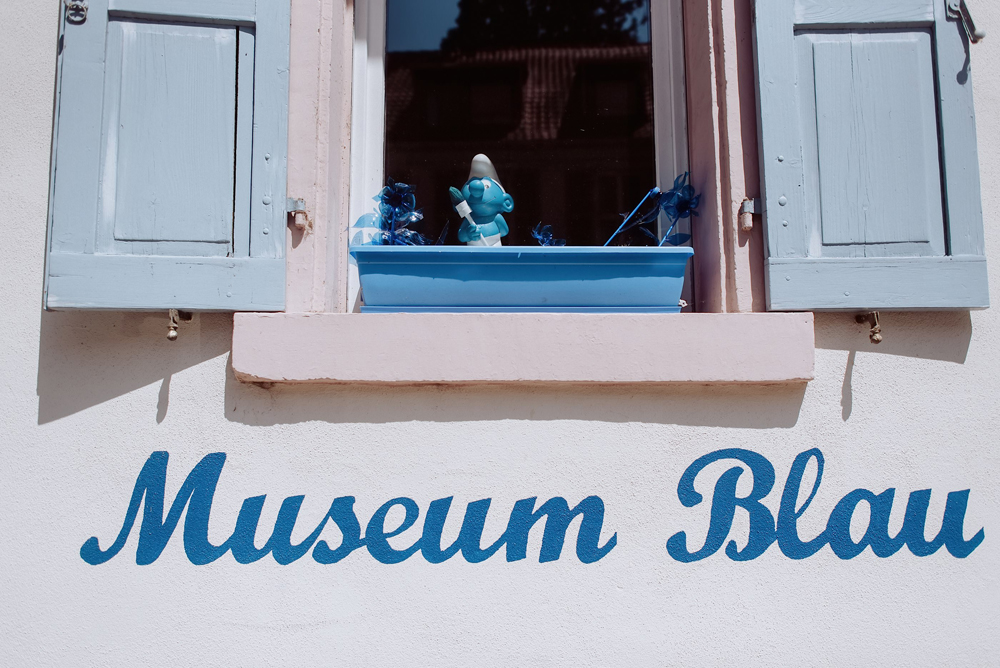